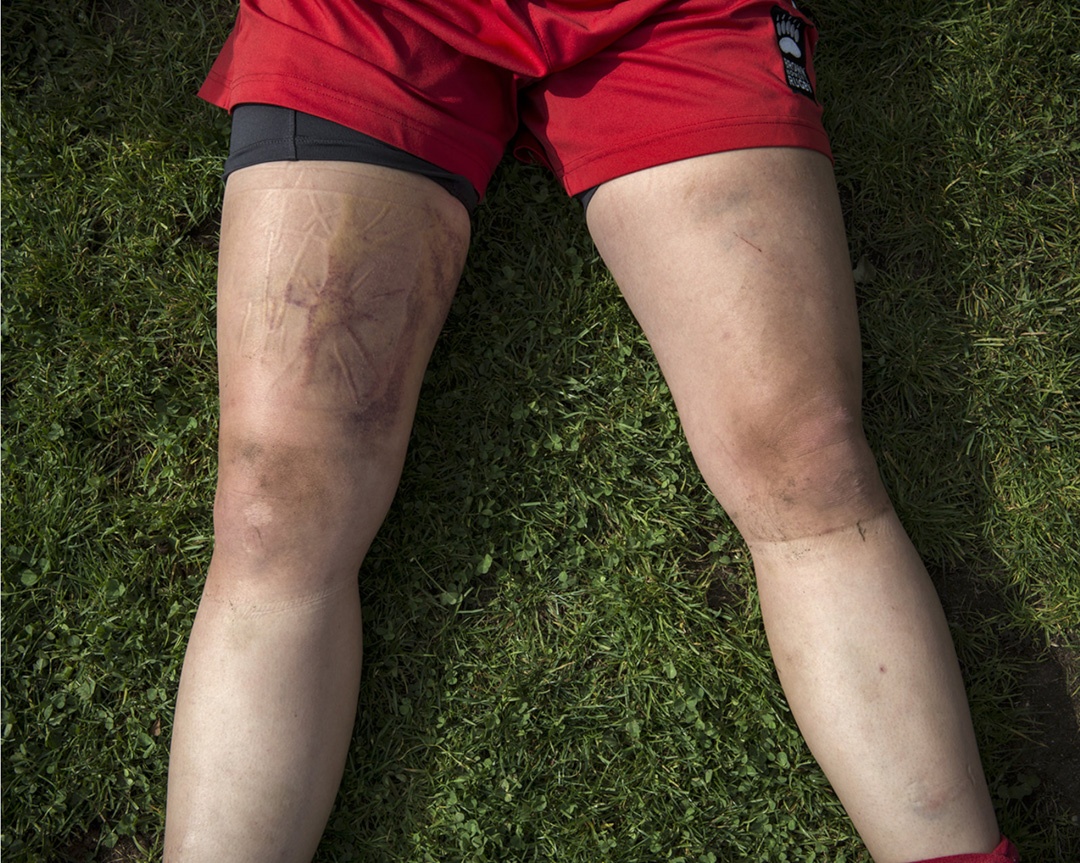 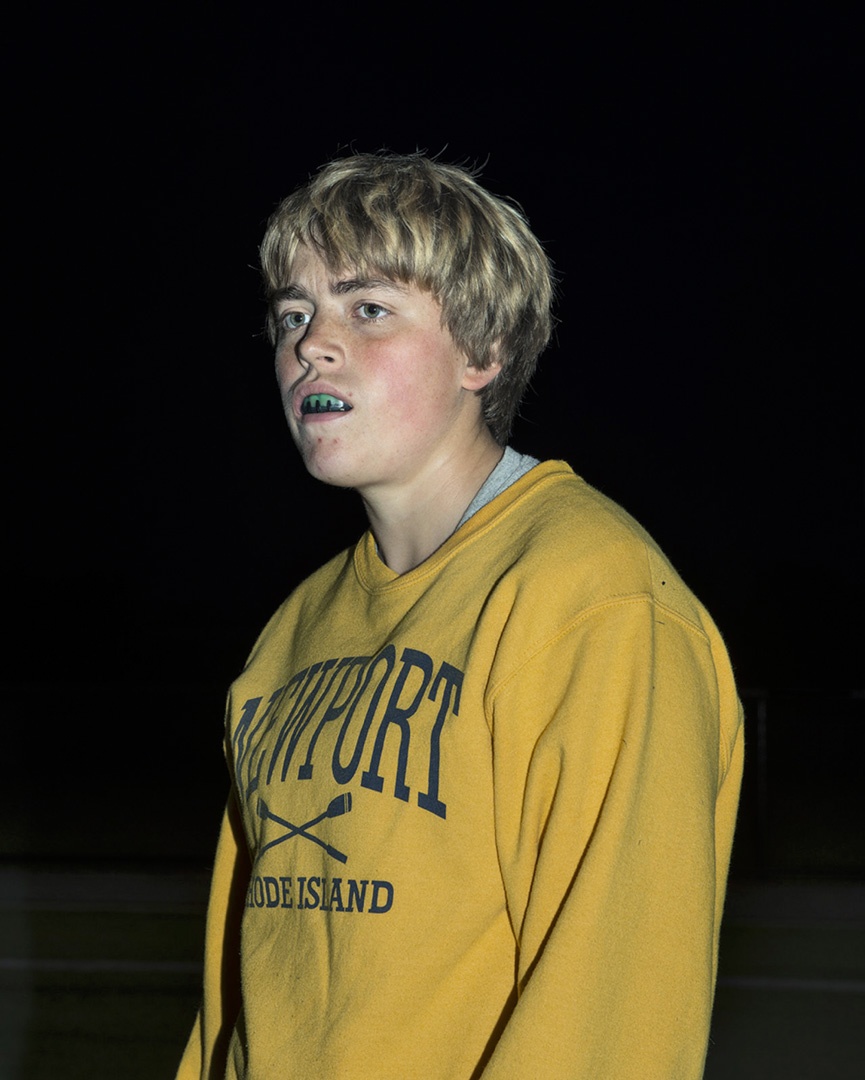 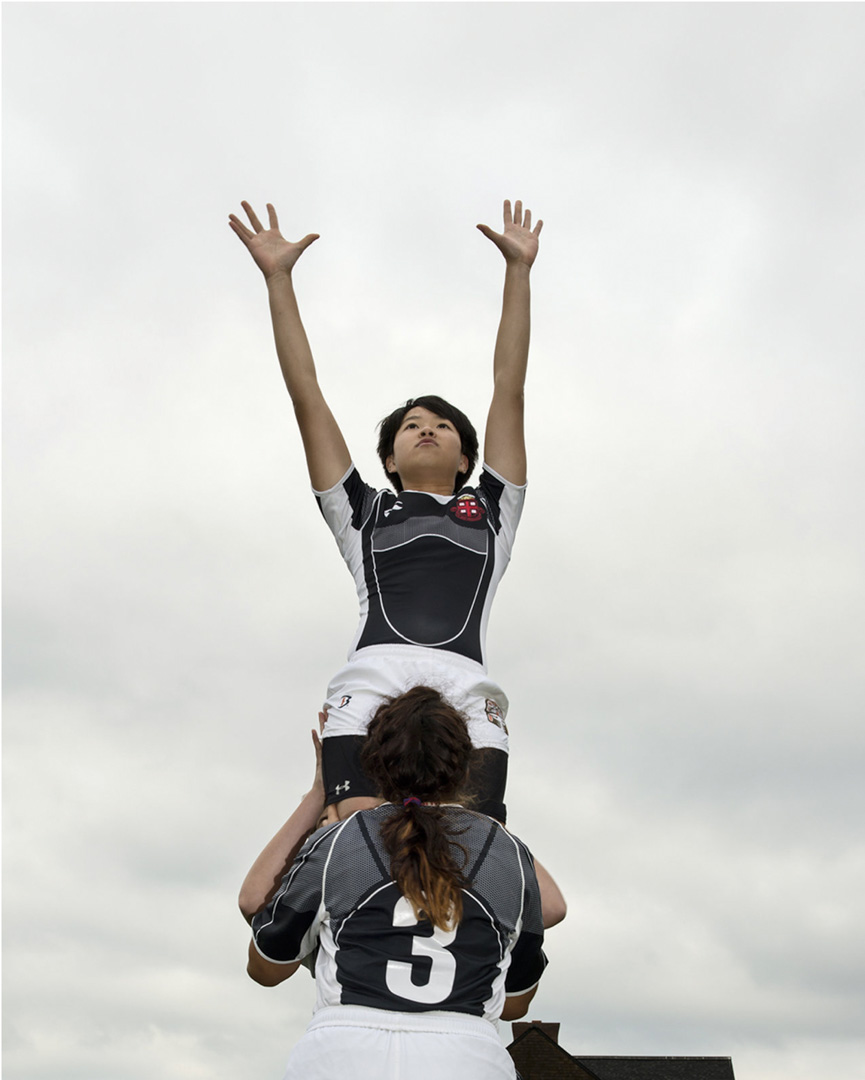 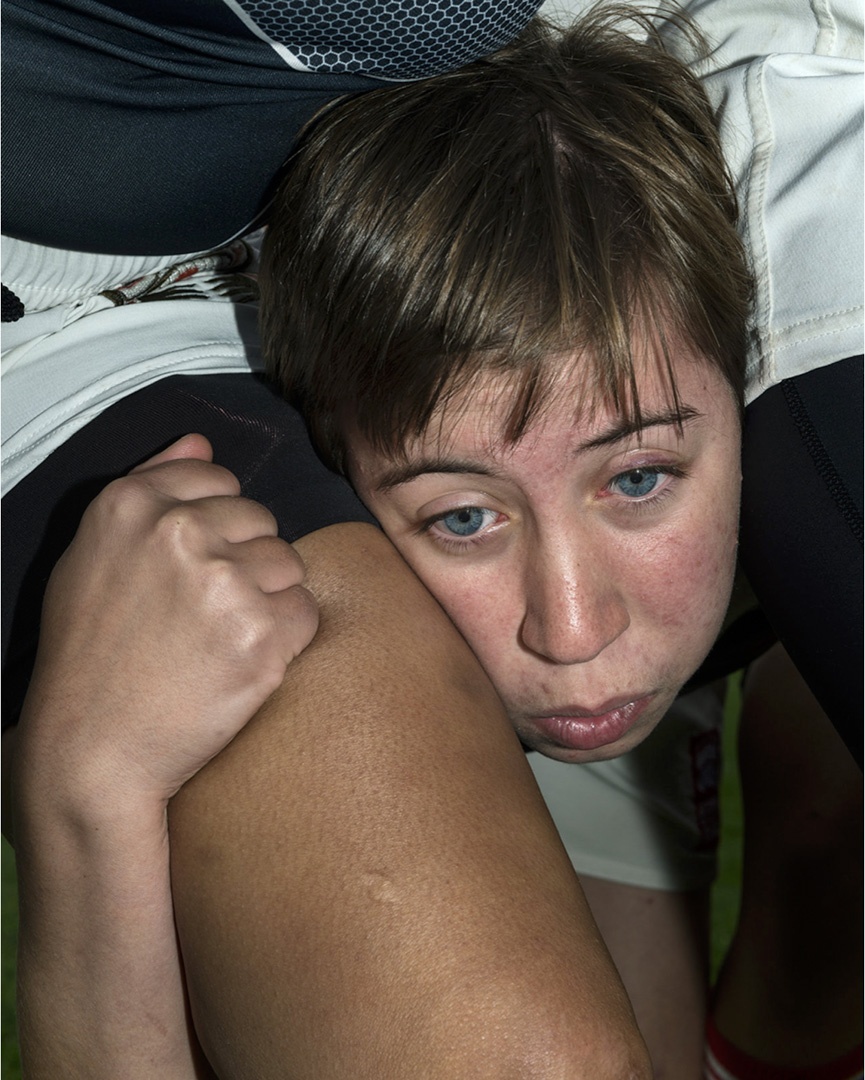 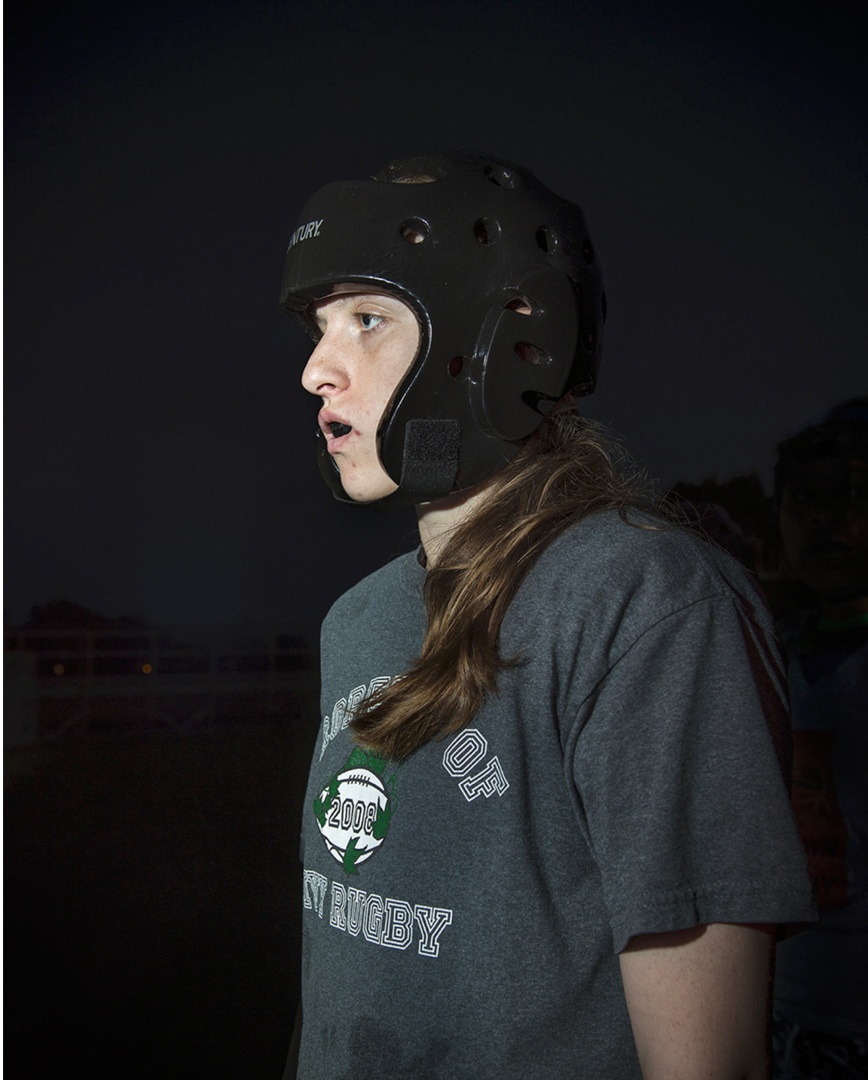 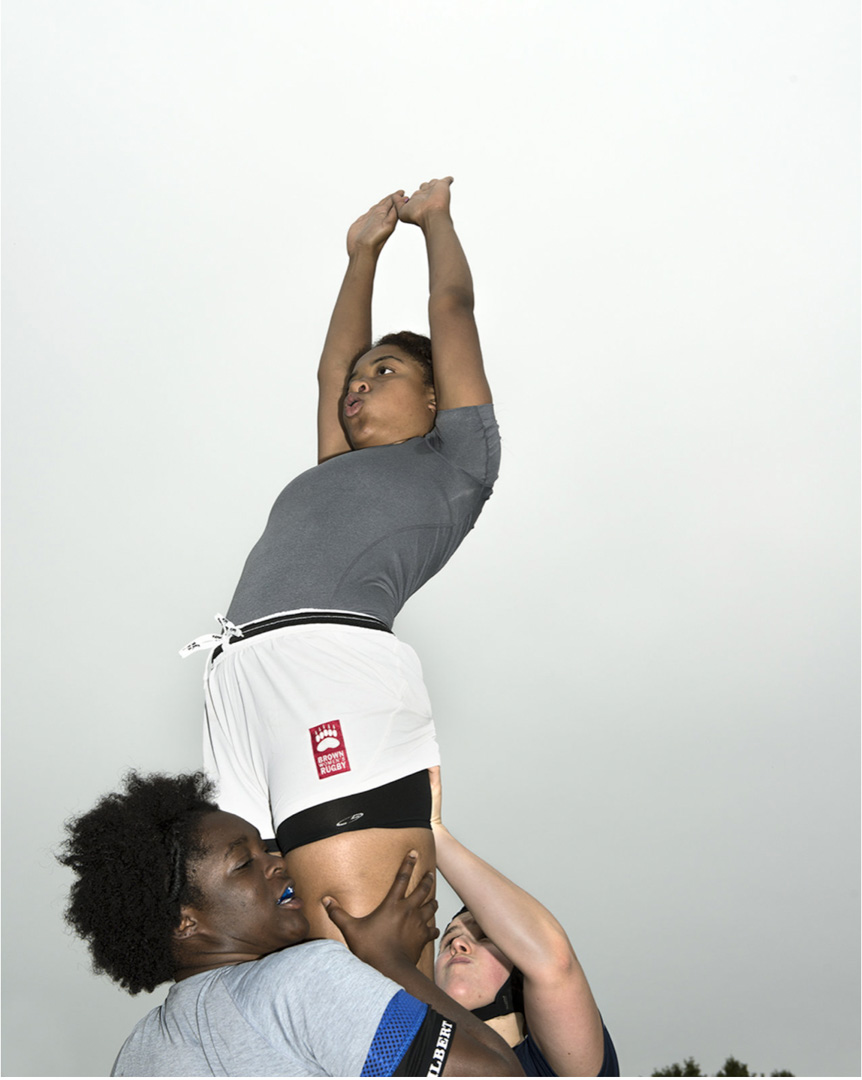 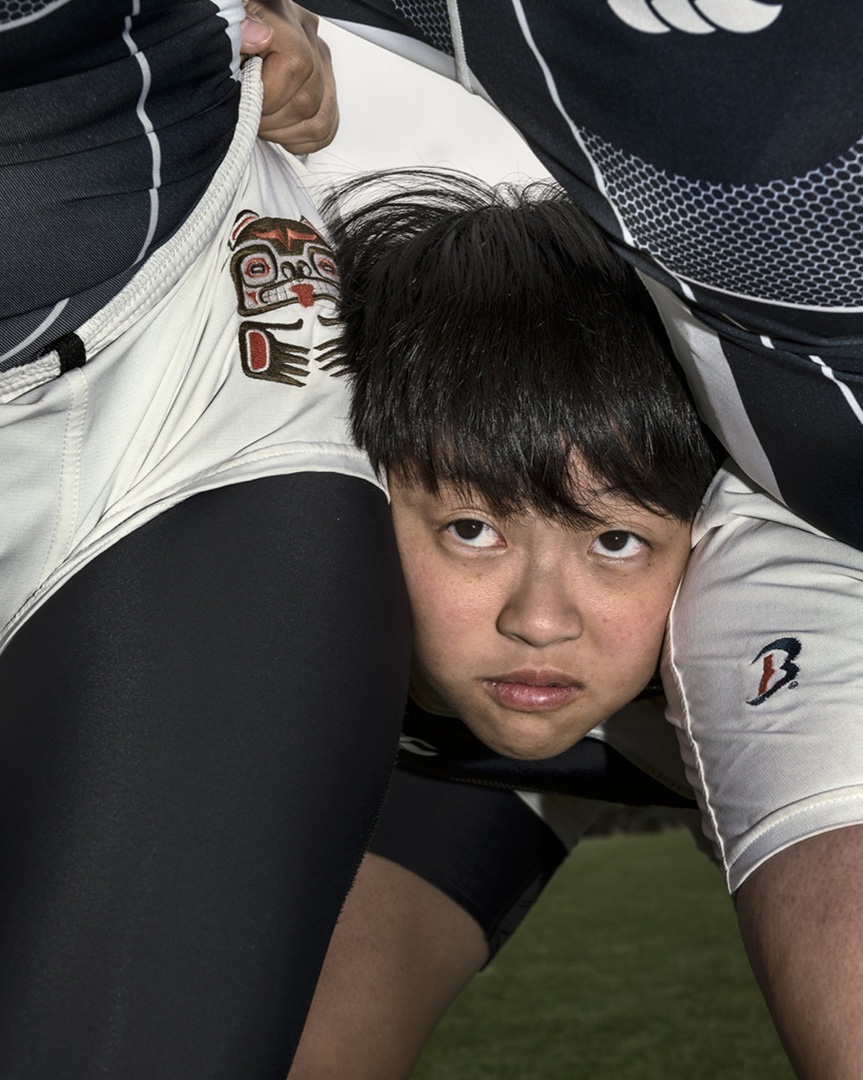 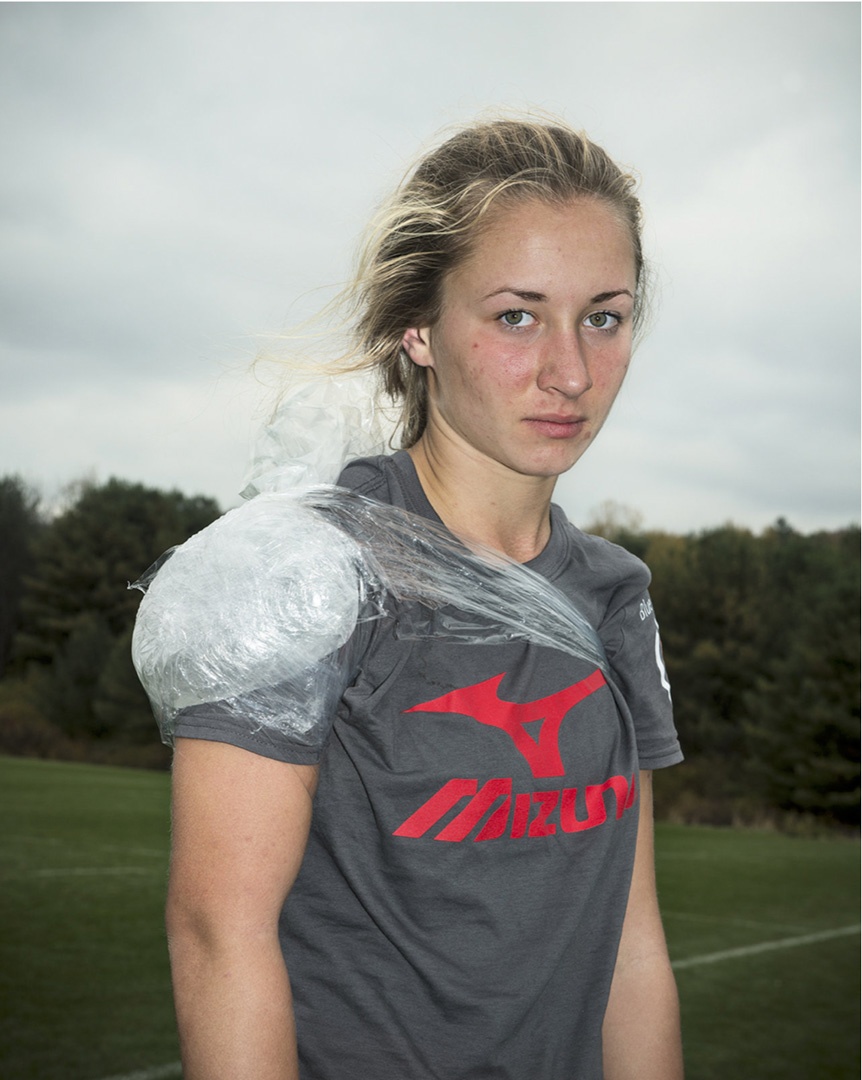 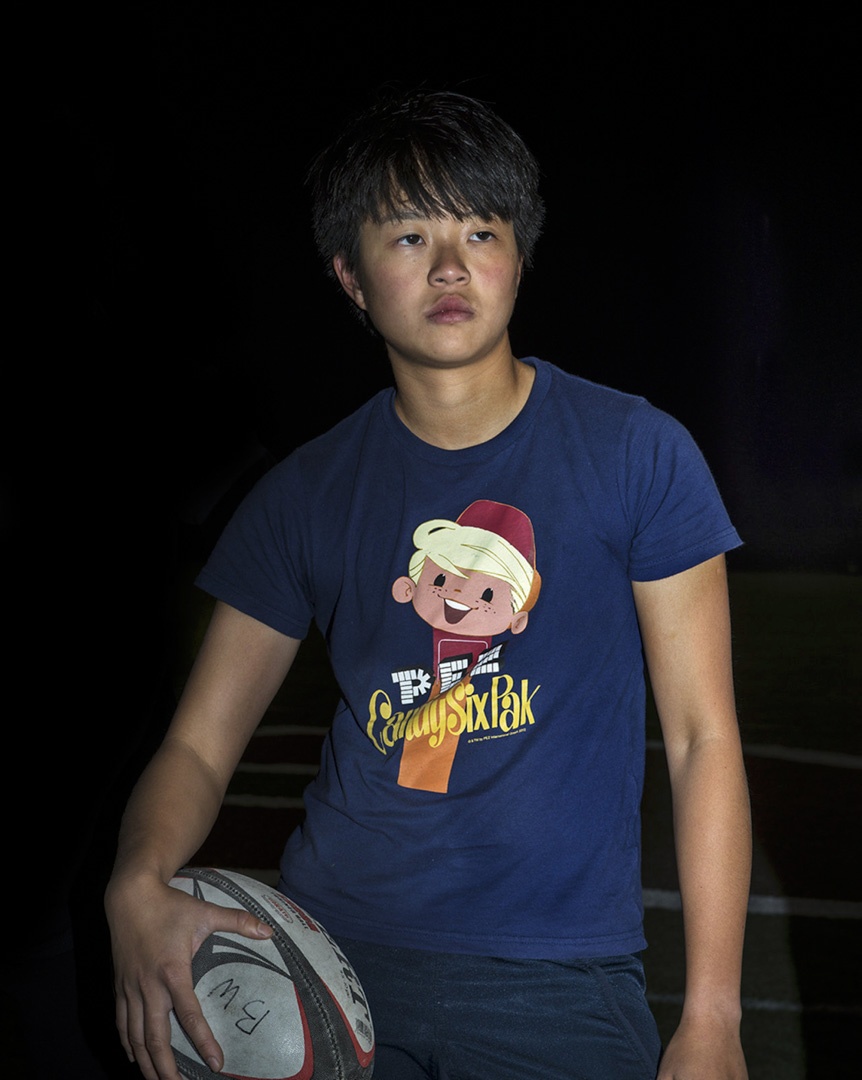 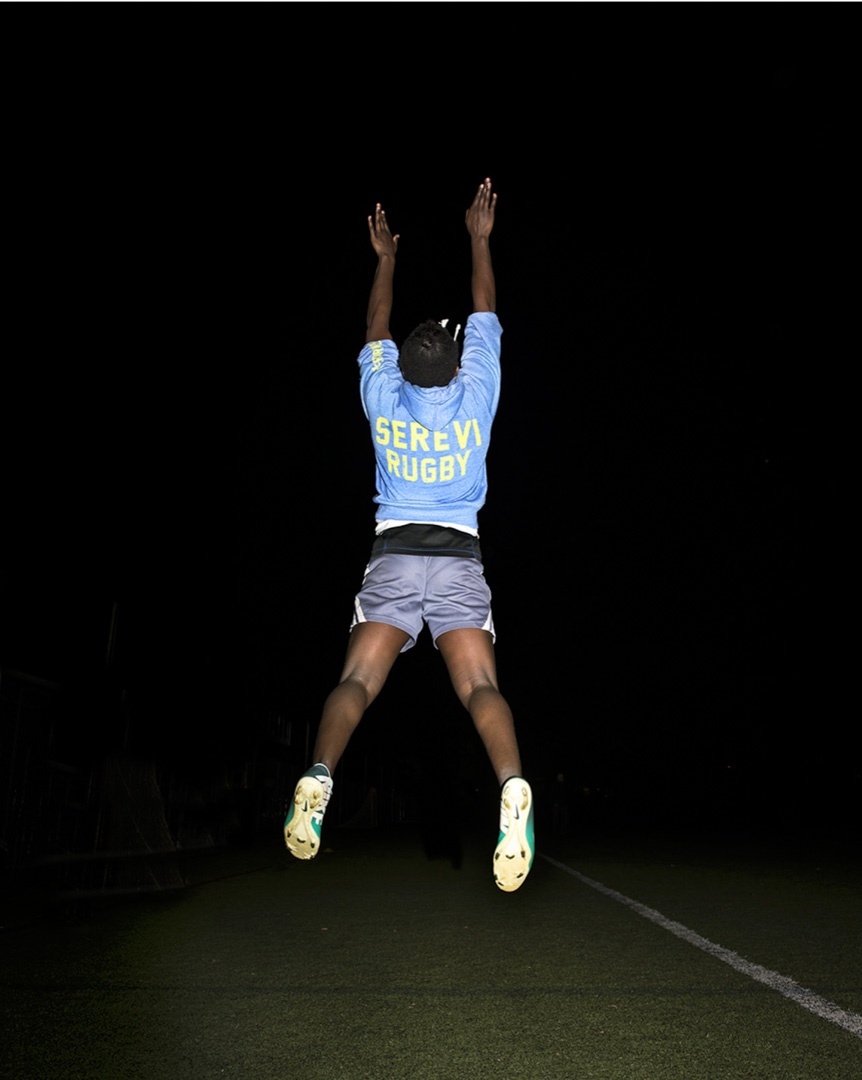 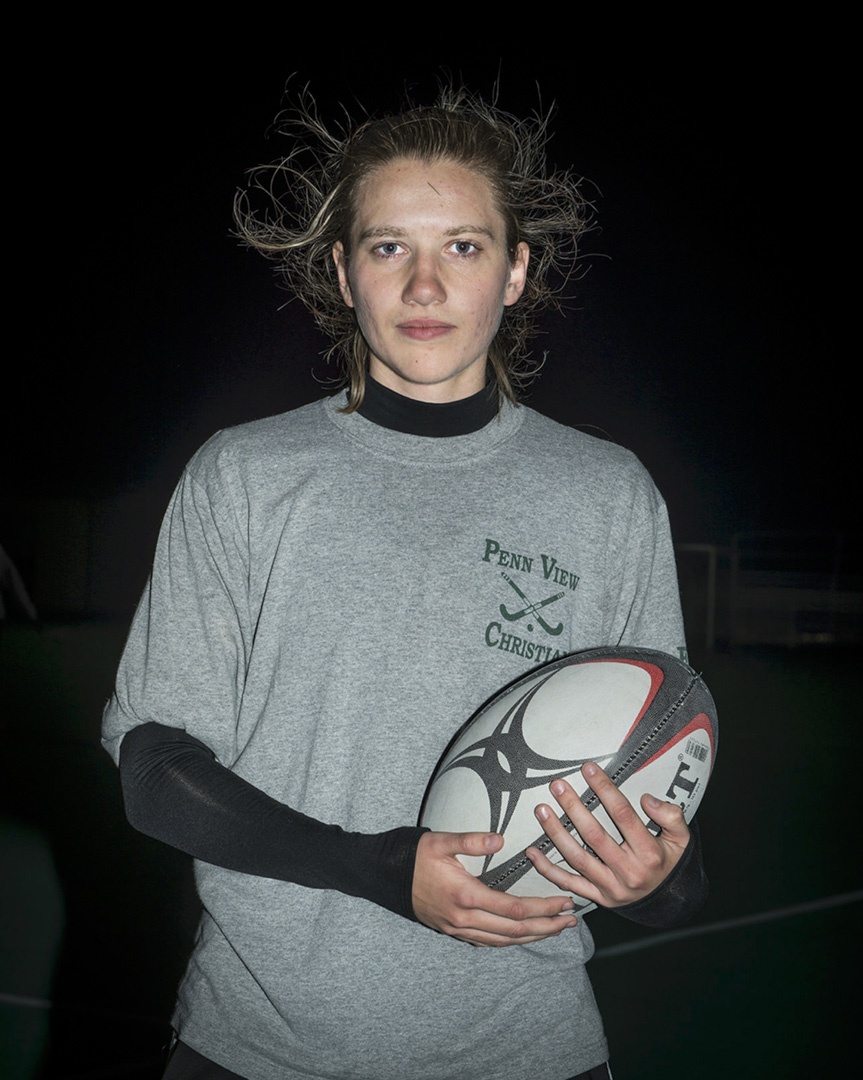 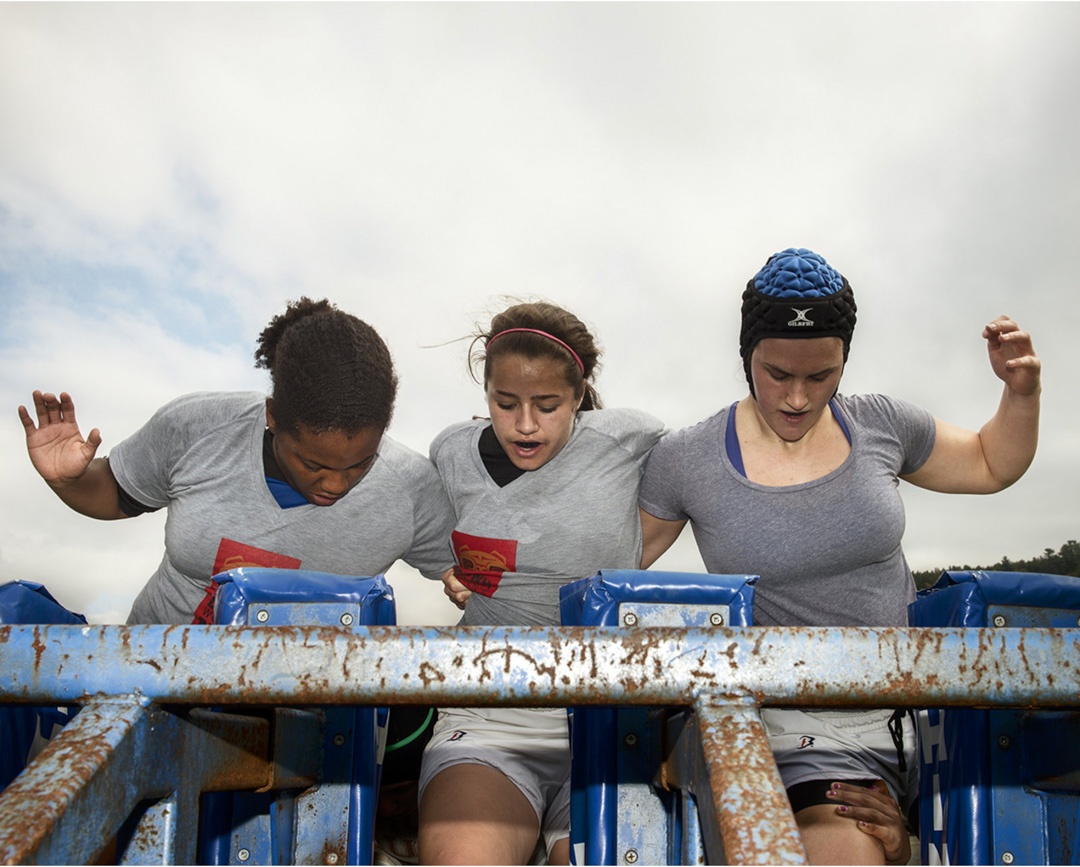 Inspired by the story of modern women’s rugby and its rise to professional status, Spanish photographer Alejandra Carles-Tolra (b. 1988) trains her camera on the team from Brown University, The Bears. While attending training sessions that went late into the night, she photographed the tackles, scrums and injuries that naturally accompany such a physically demanding sport. The women, shown shoulder-to-shoulder in a scrum, or squashed between thighs in a desperate struggle for control of the ball, demonstrate a competitive aggression that runs contrary to stereotypical notions of femininity, while also challenging the traditional representation behind sports like rugby.

Thread through the series are also stoic portraits of the athletes, who stand dignified with their mouths stuffed with gum shields and skulls encased in head guards. Carles-Tolra says that she is drawn to portraying these athletes in order to “bring a broader understanding of what it means to be a woman who plays a sport such as rugby, and in questioning our construction of the female identity.”