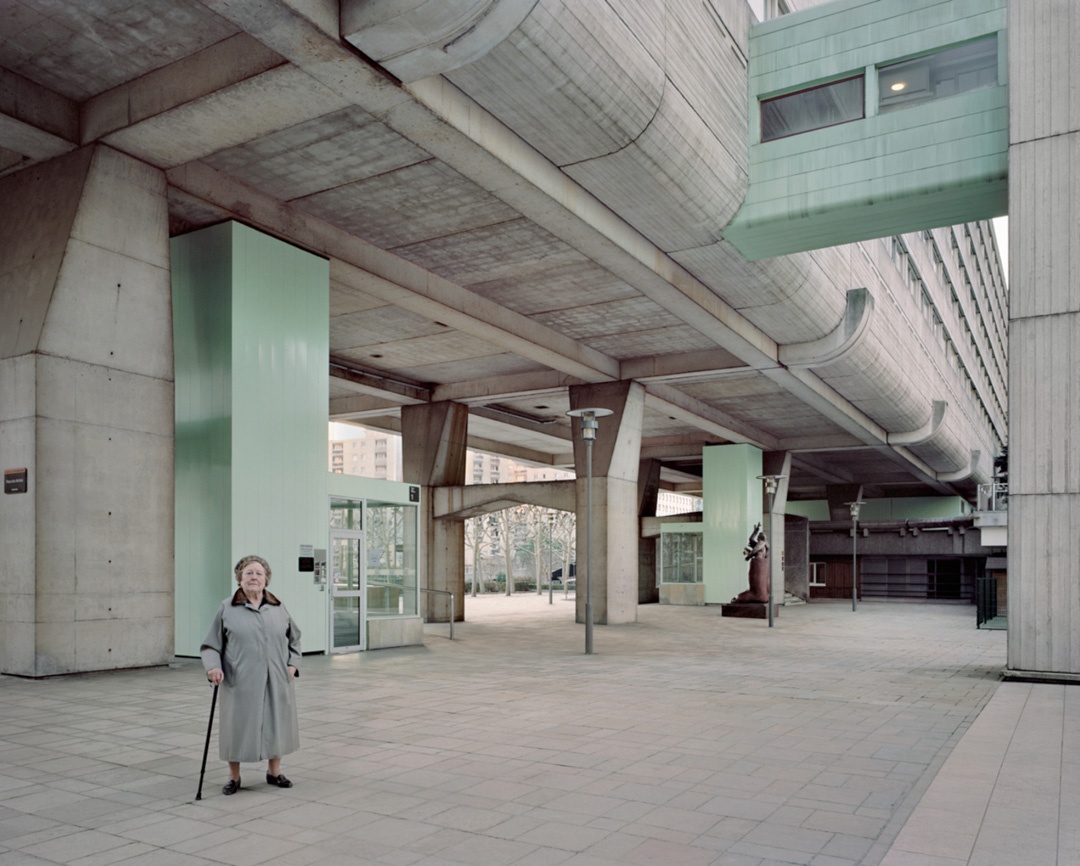 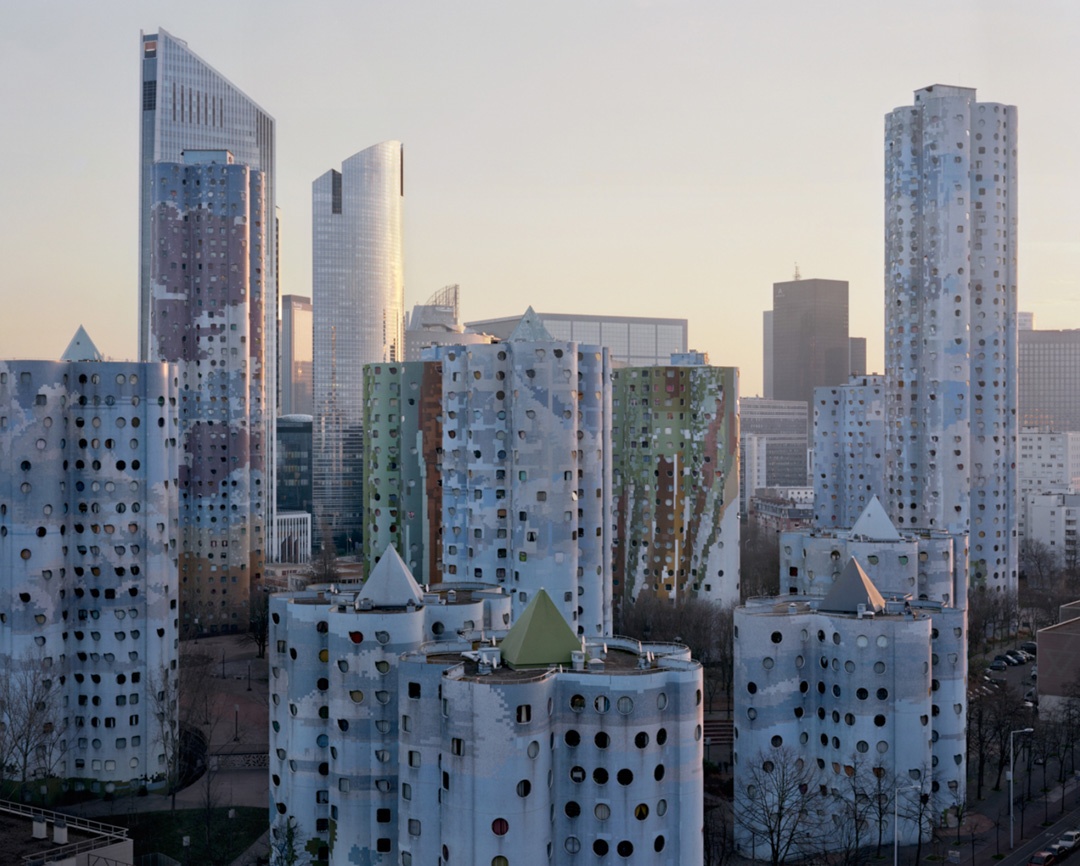 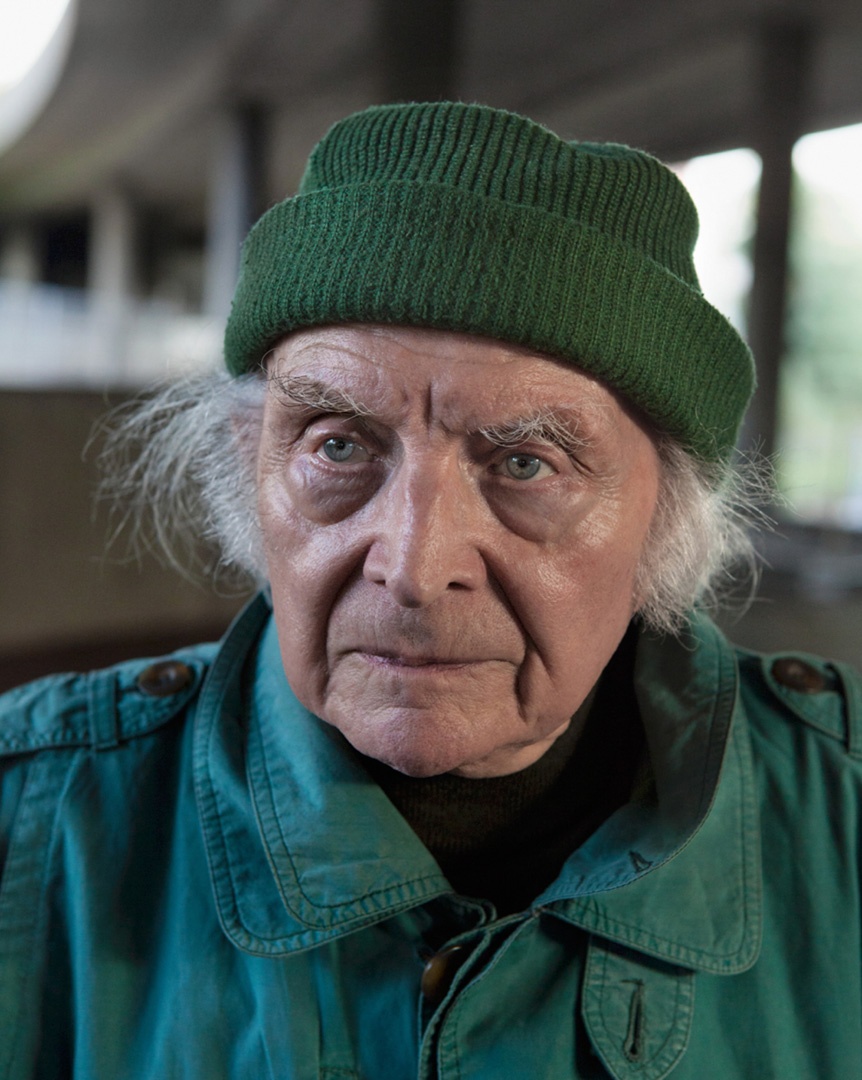 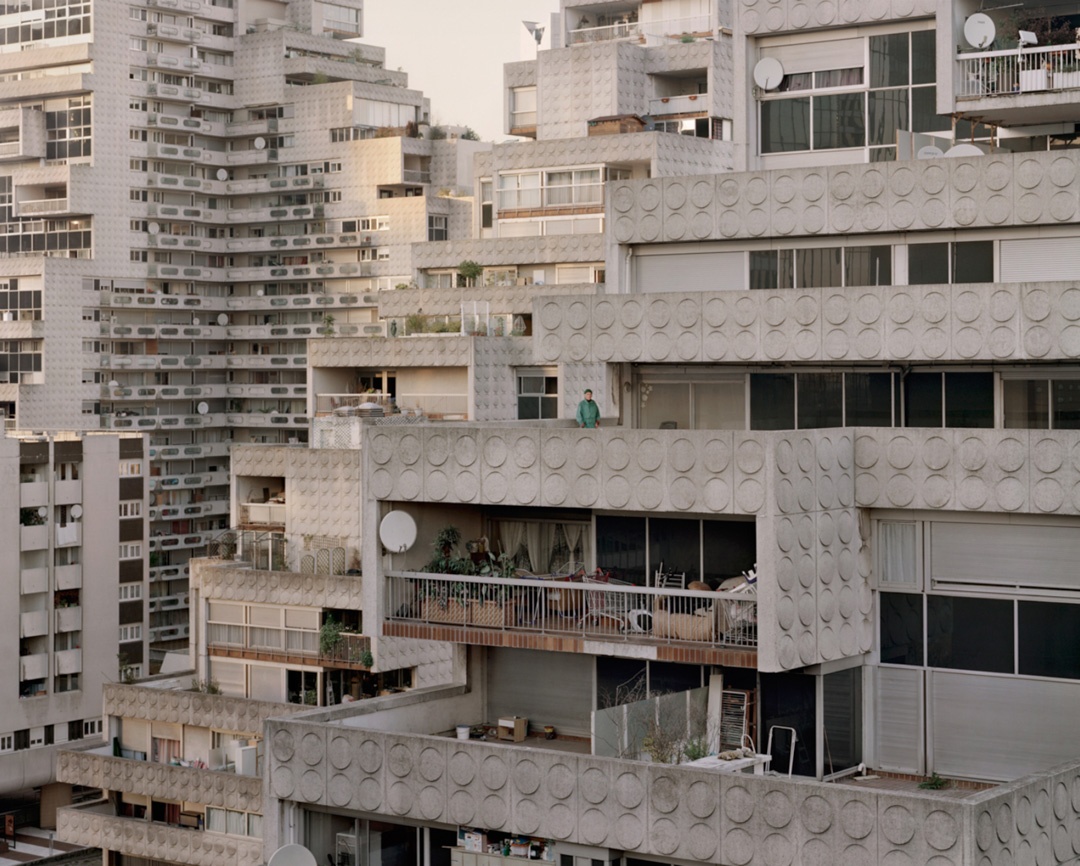 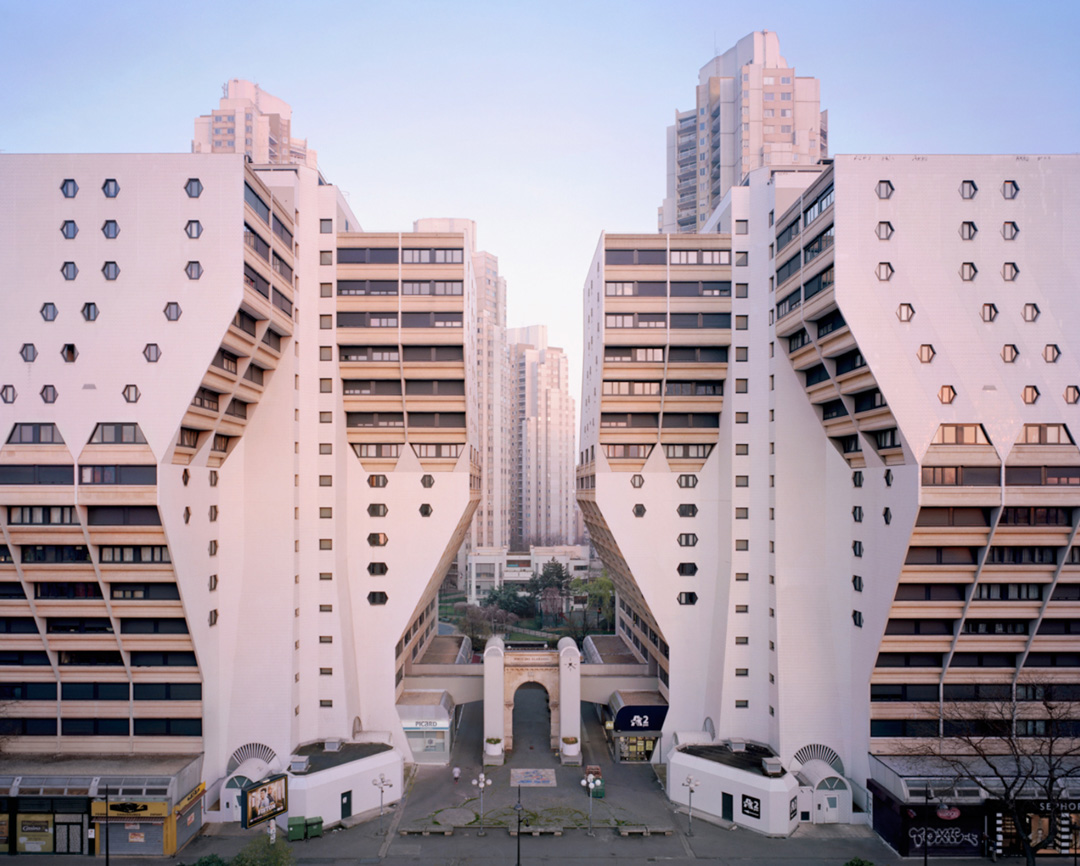 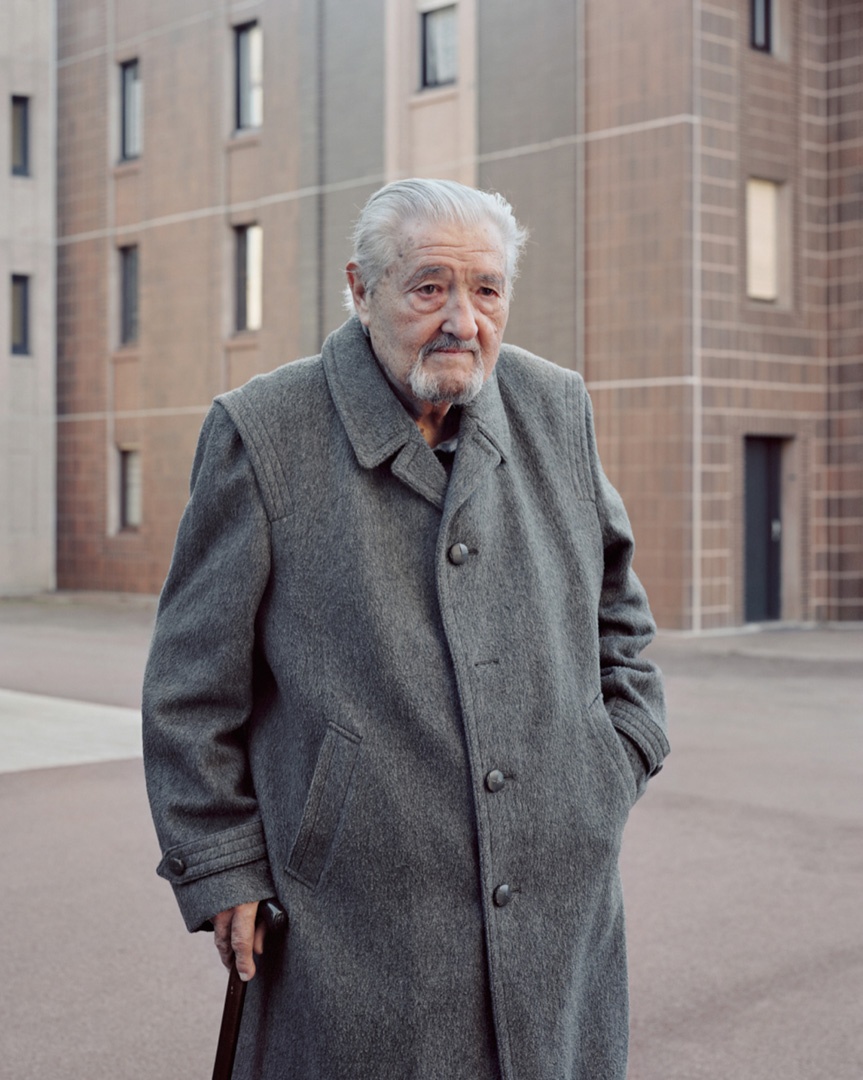 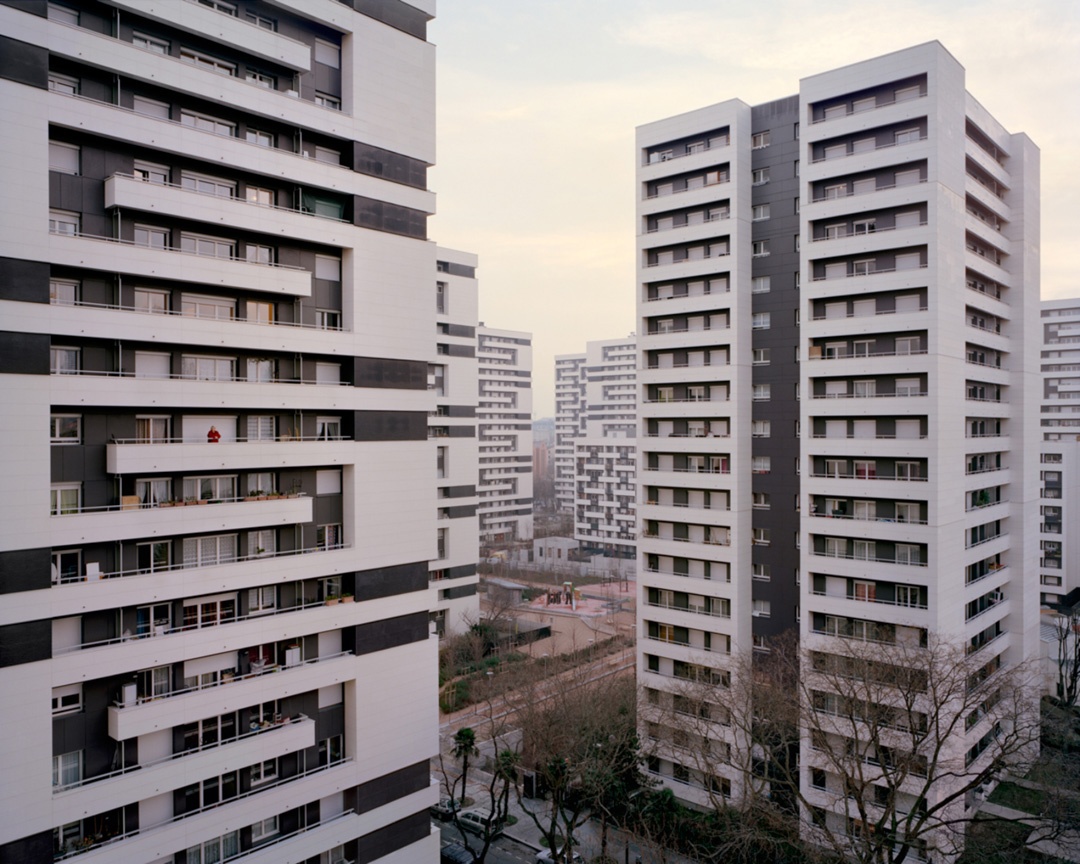 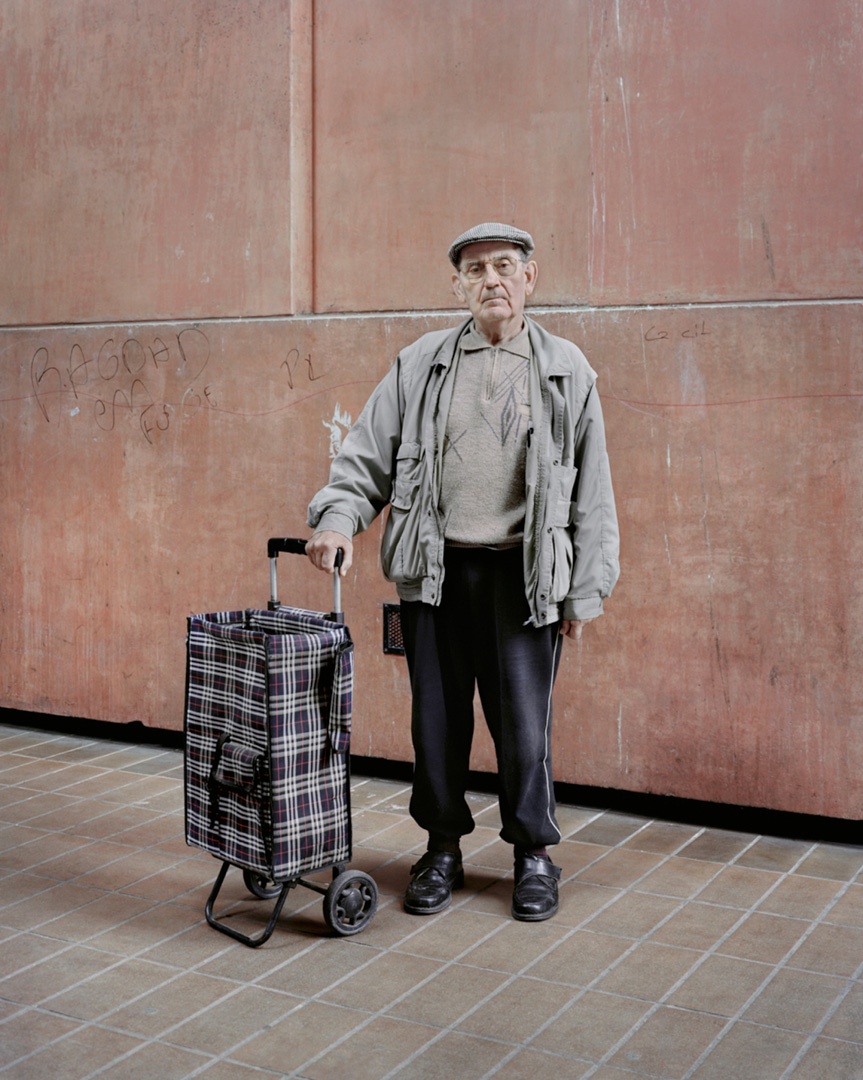 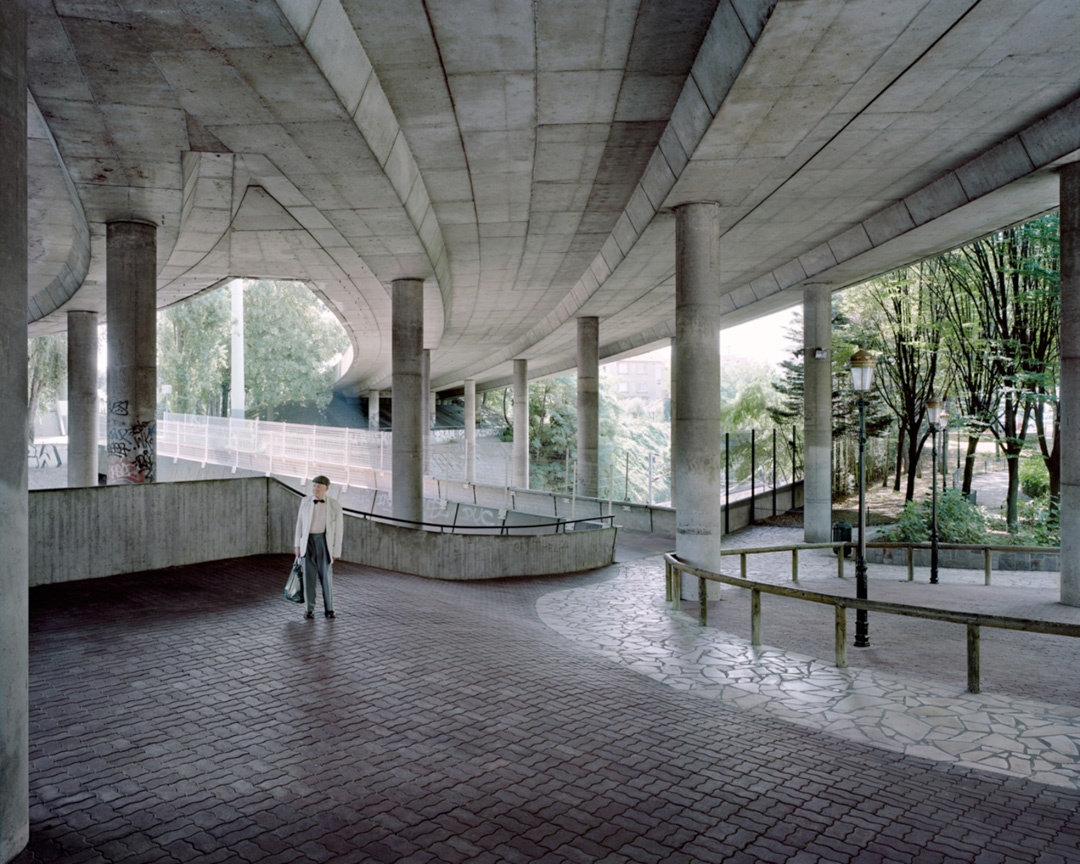 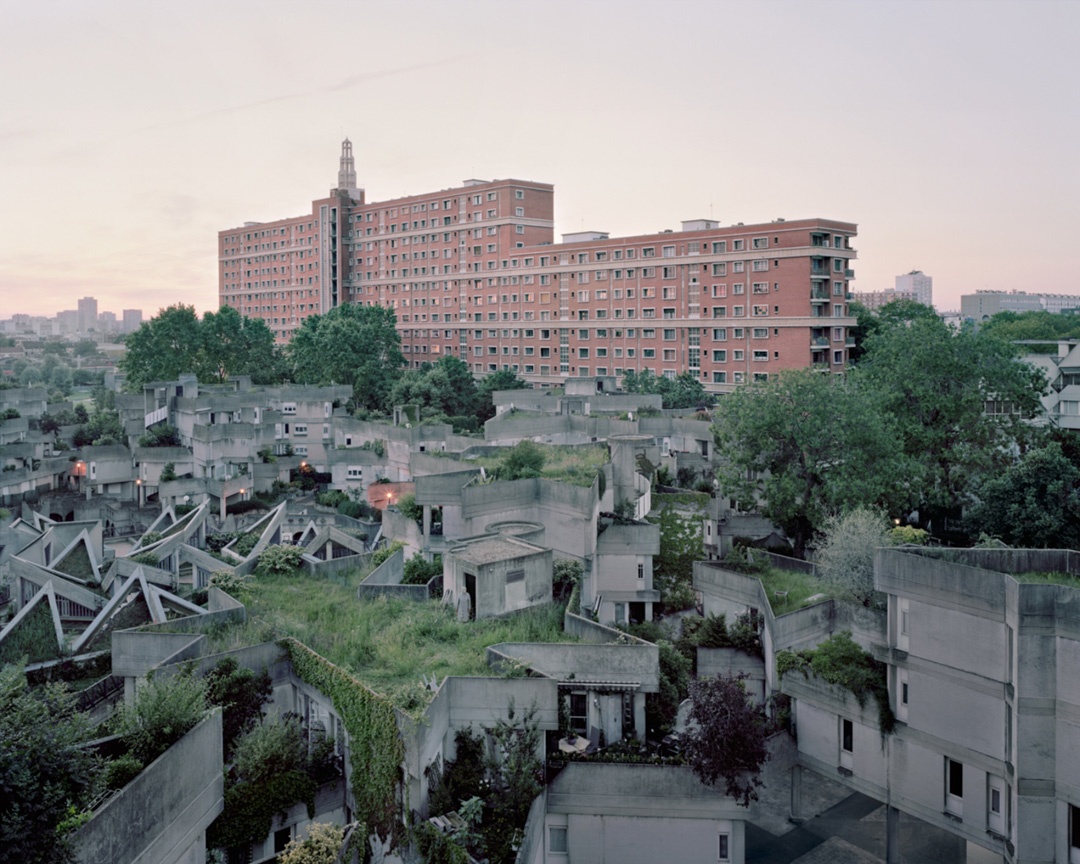 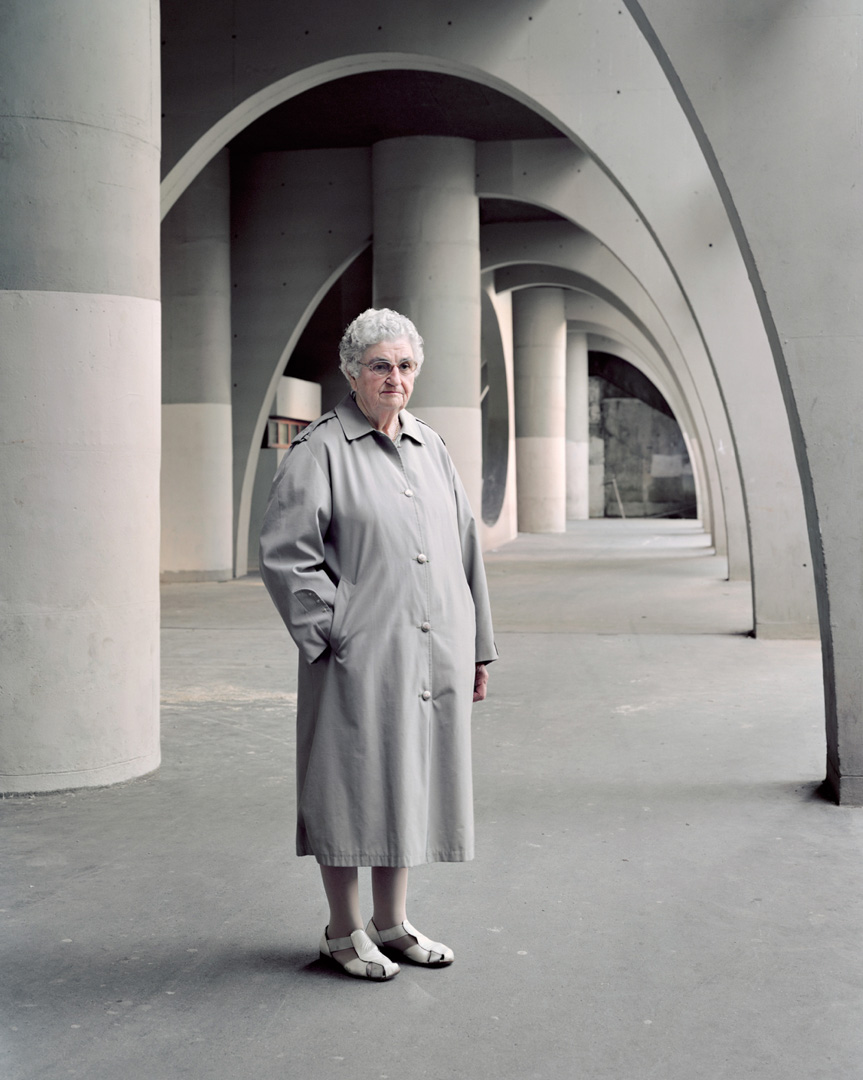 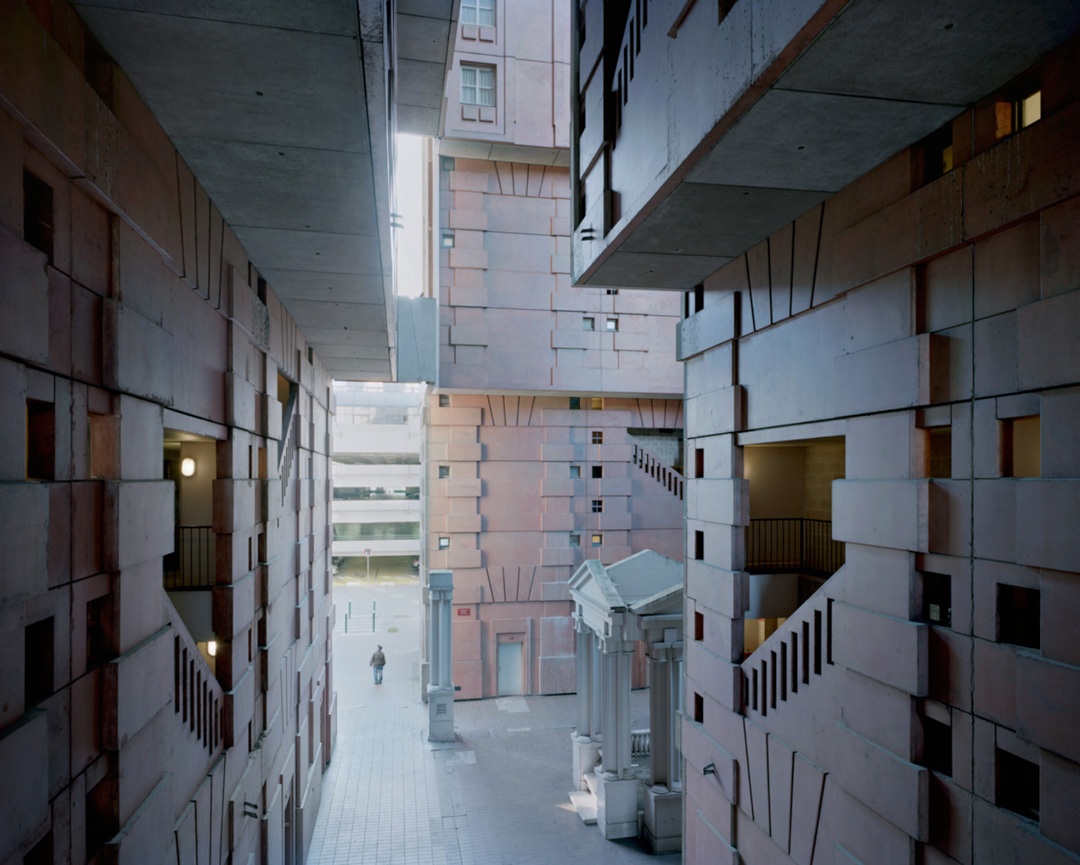 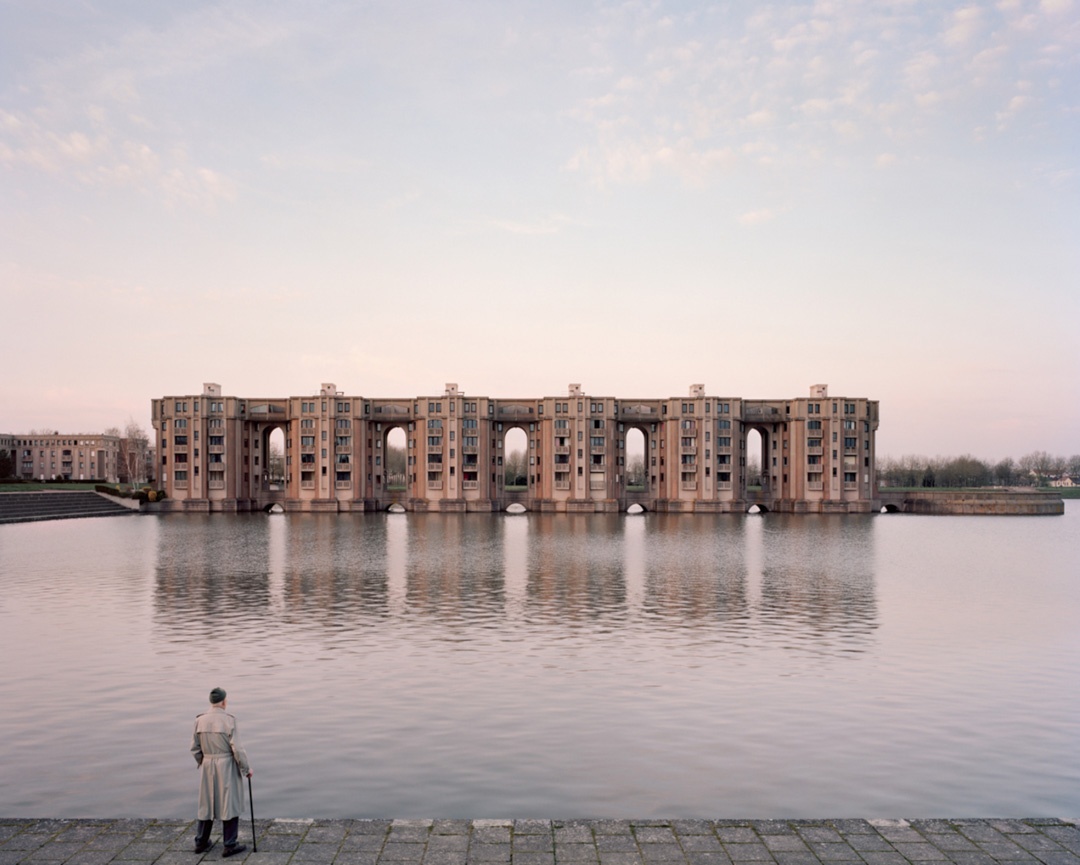 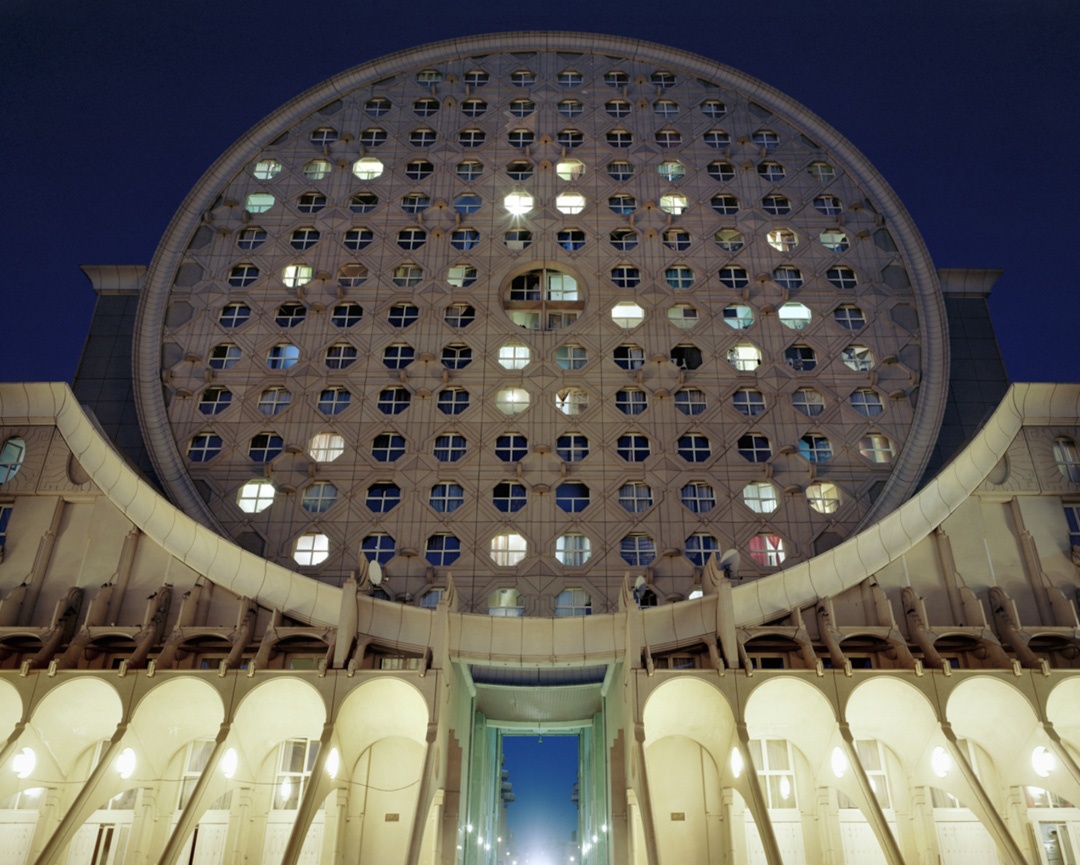 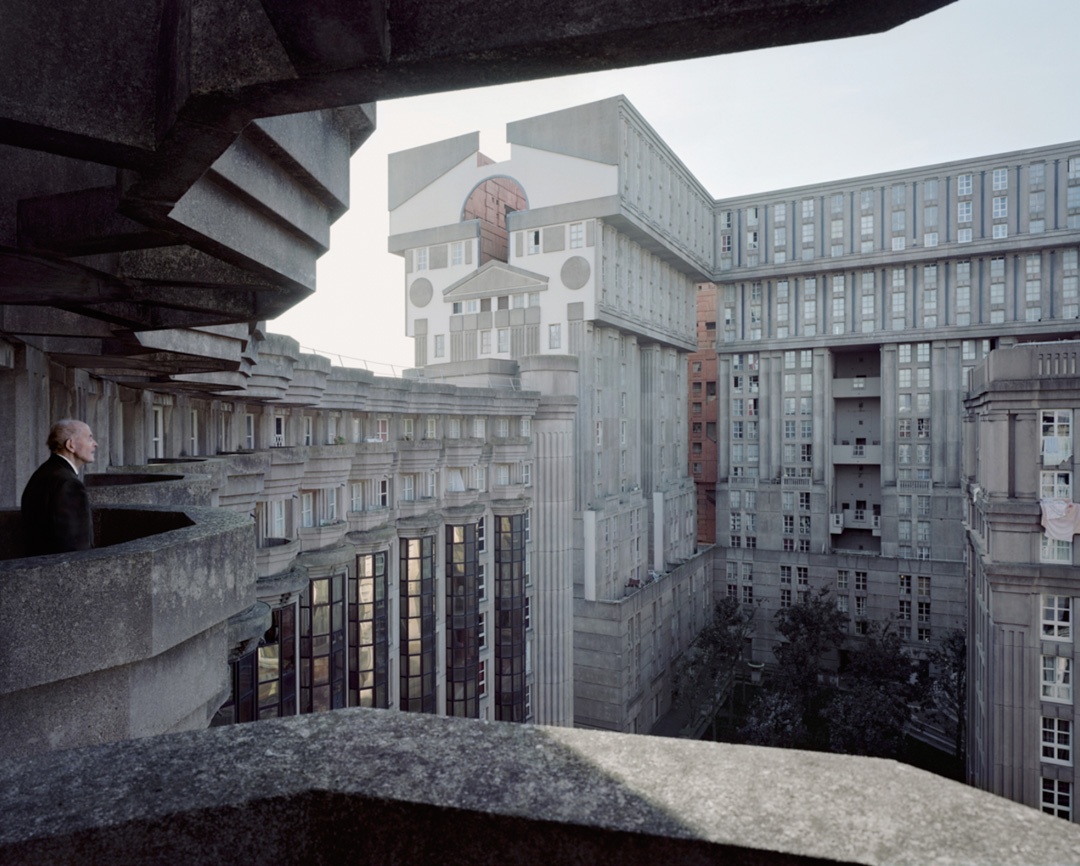 The Grands Ensembles in Paris is a group of housing estates originally built to solve demographic growth, rural outflow and house a migrant population, while meeting the needs in modern housing. It is often portrayed by the French media as a neglected scar on the map. In the on-going project Souvenir d’un Futur, Laurent Kronental photographs the buildings and the senior citizens who live there, aiming to change popular perceptions and pay tribute to these urban veterans. These homes are now under threat of demolition from developers and their aging residents are soon to share a similar fate.

Kronental is enthralled by the modernist architecture, photographing his subjects in the early morning light to capture a post-apocalyptic eeriness and finding a sentimental beauty that many people never knew existed. Symmetrical facades in varying grey hues reflect pink skies and setting suns: a metaphor for the fate of the buildings themselves. The seniors convey a fragile resilience, challenging present indifference and prejudice towards elders, sharing traits with the walls: aging symbols of former promise. They stand next to the place they call home, solitary and nearly dwarfed by the grand structures, steeped in resignation.