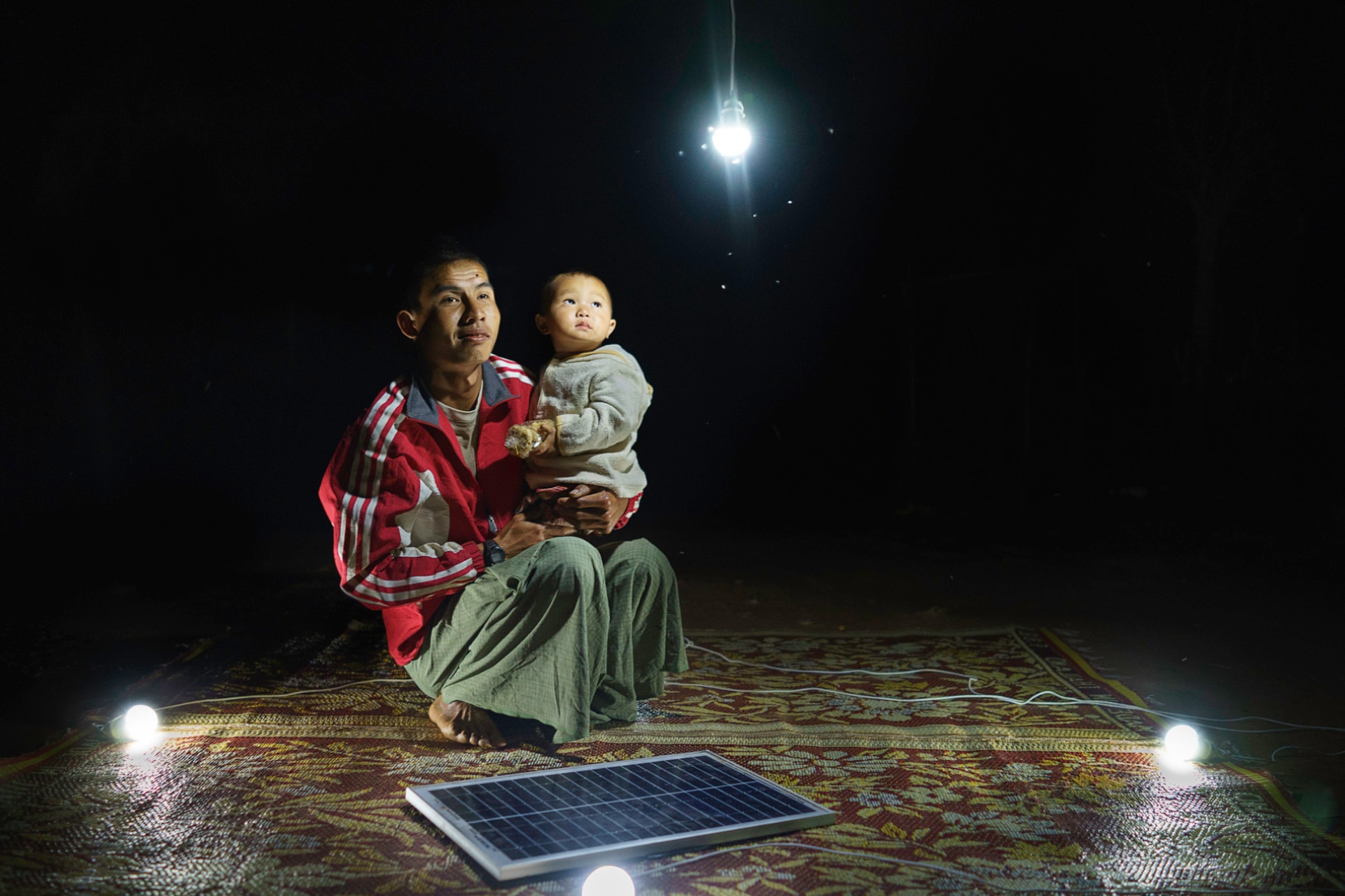 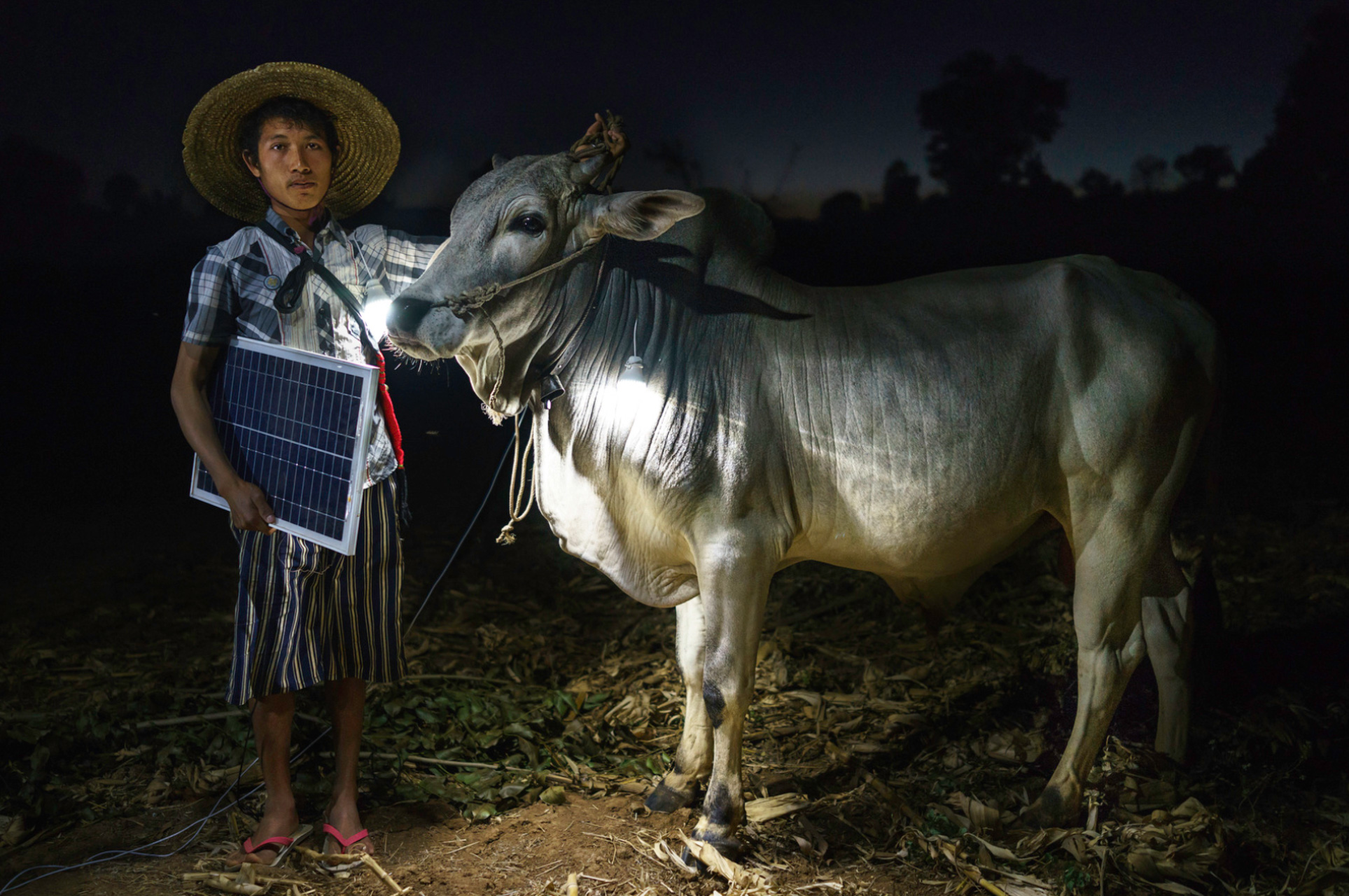 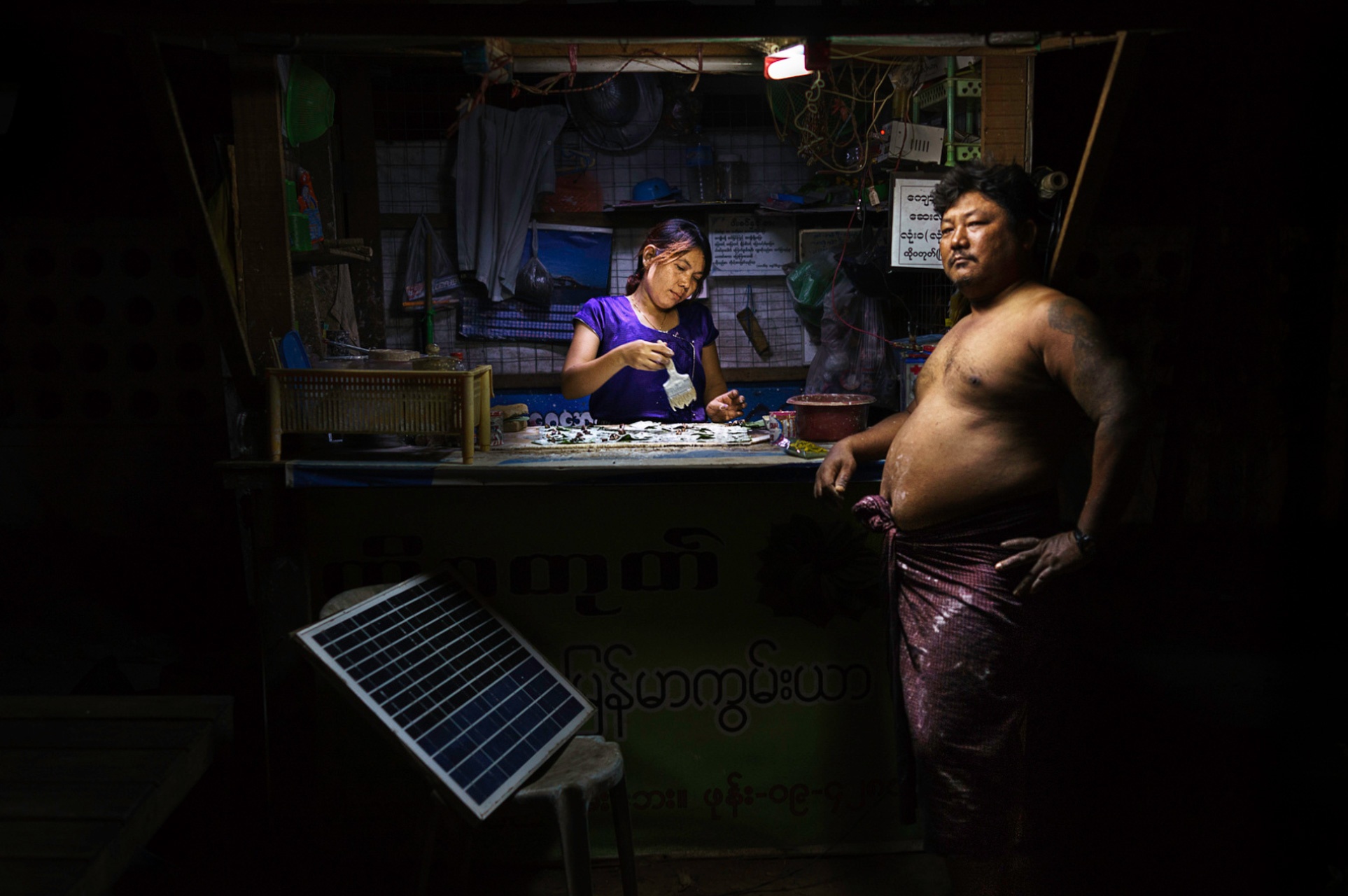 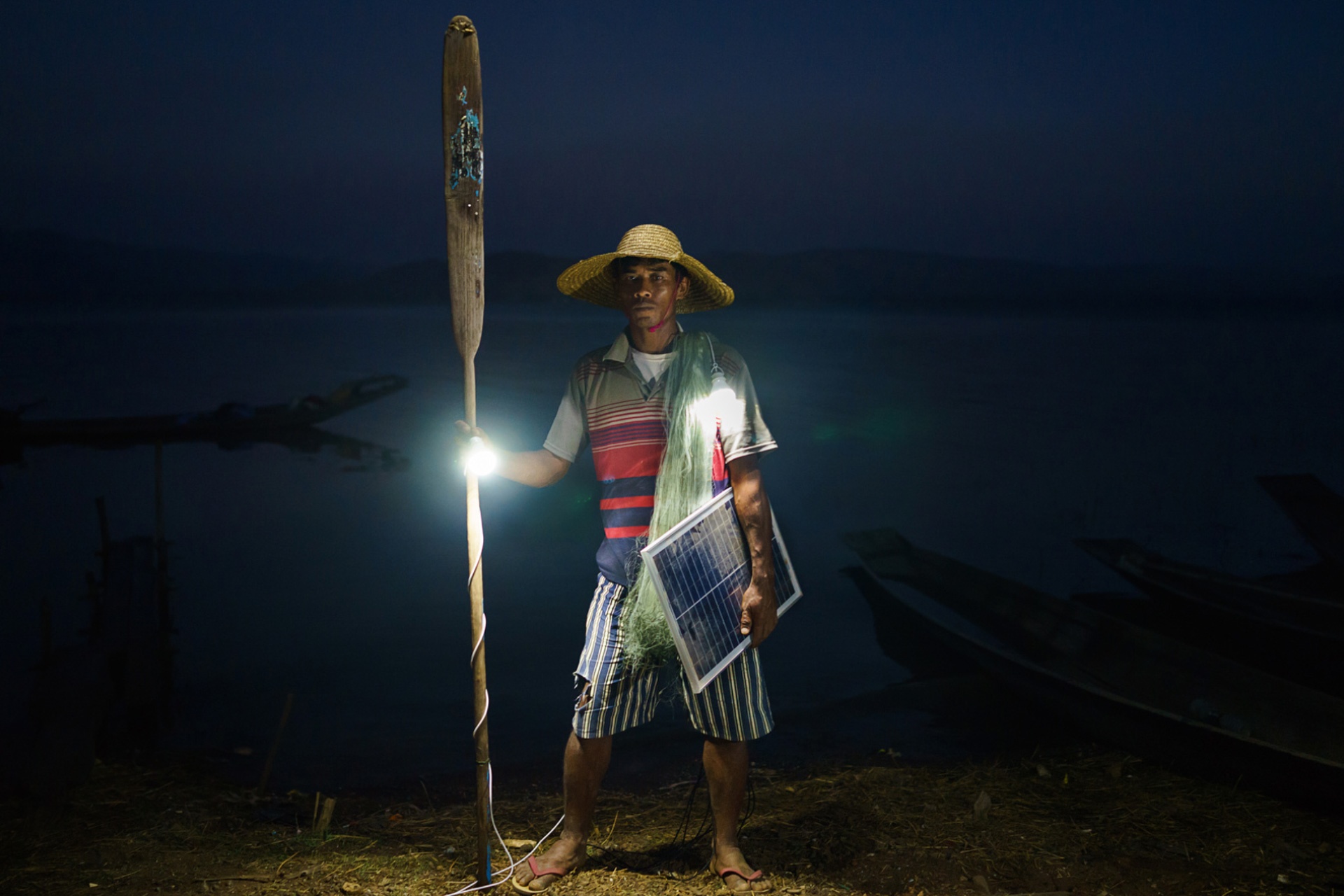 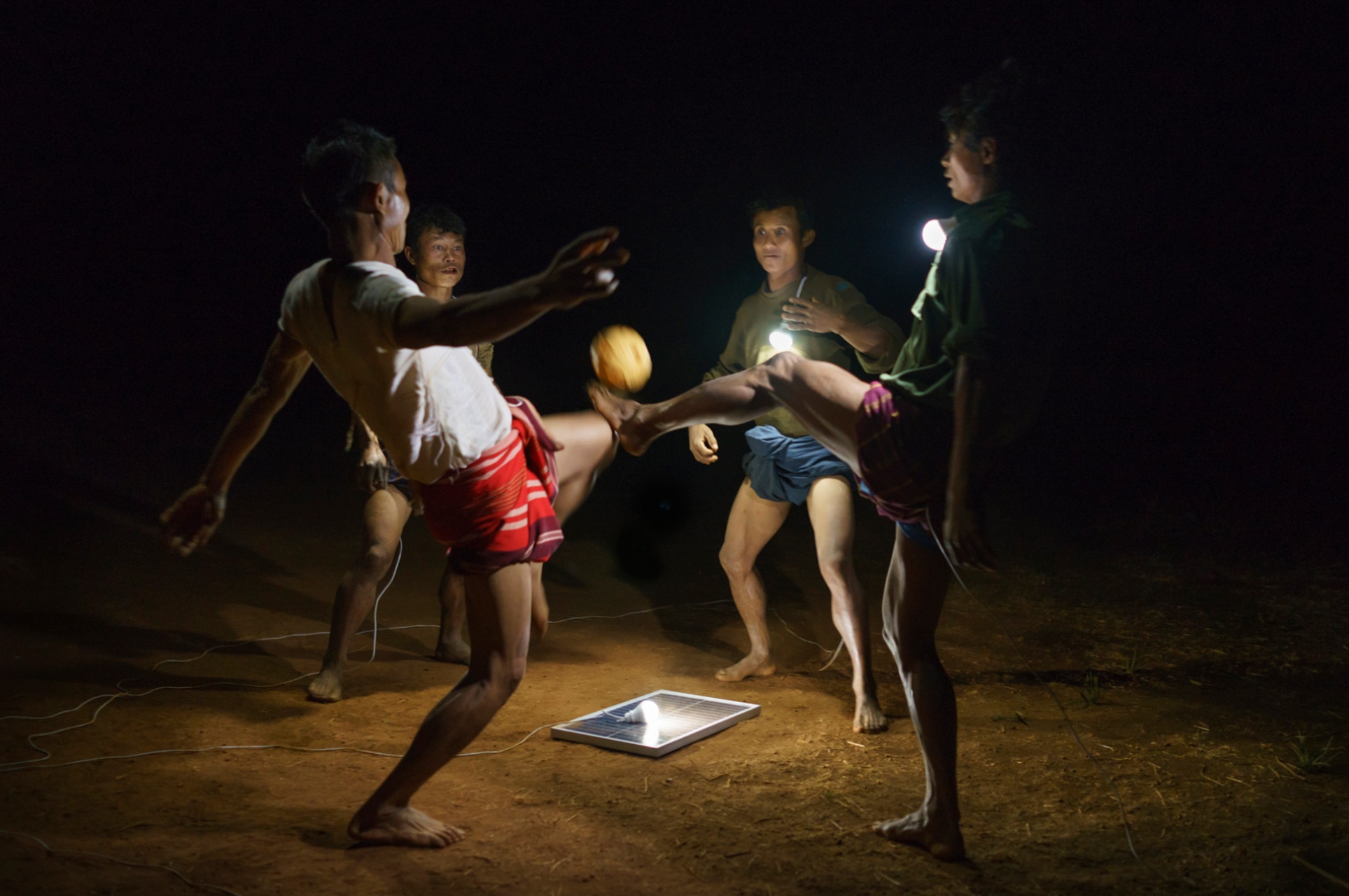 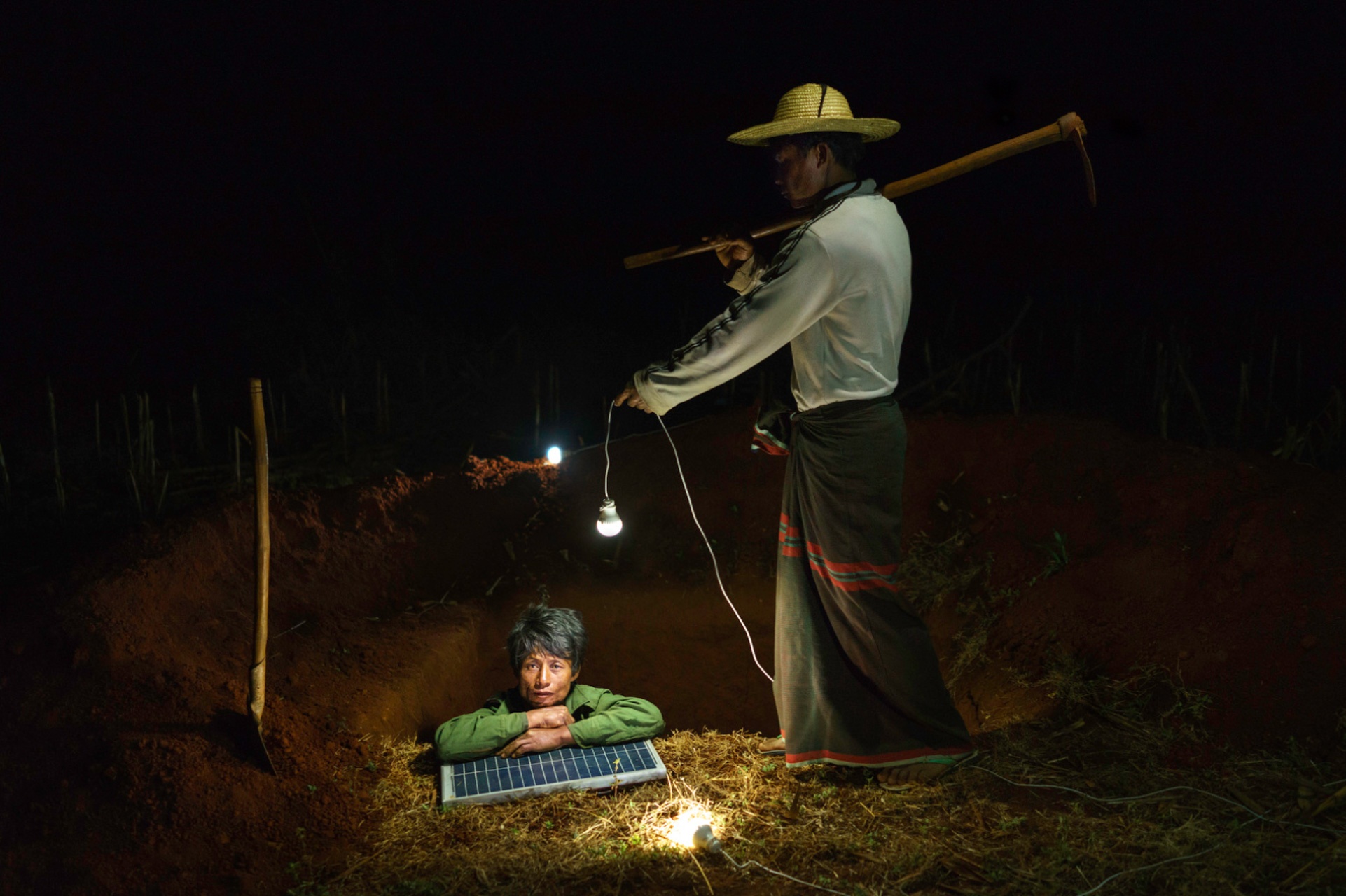 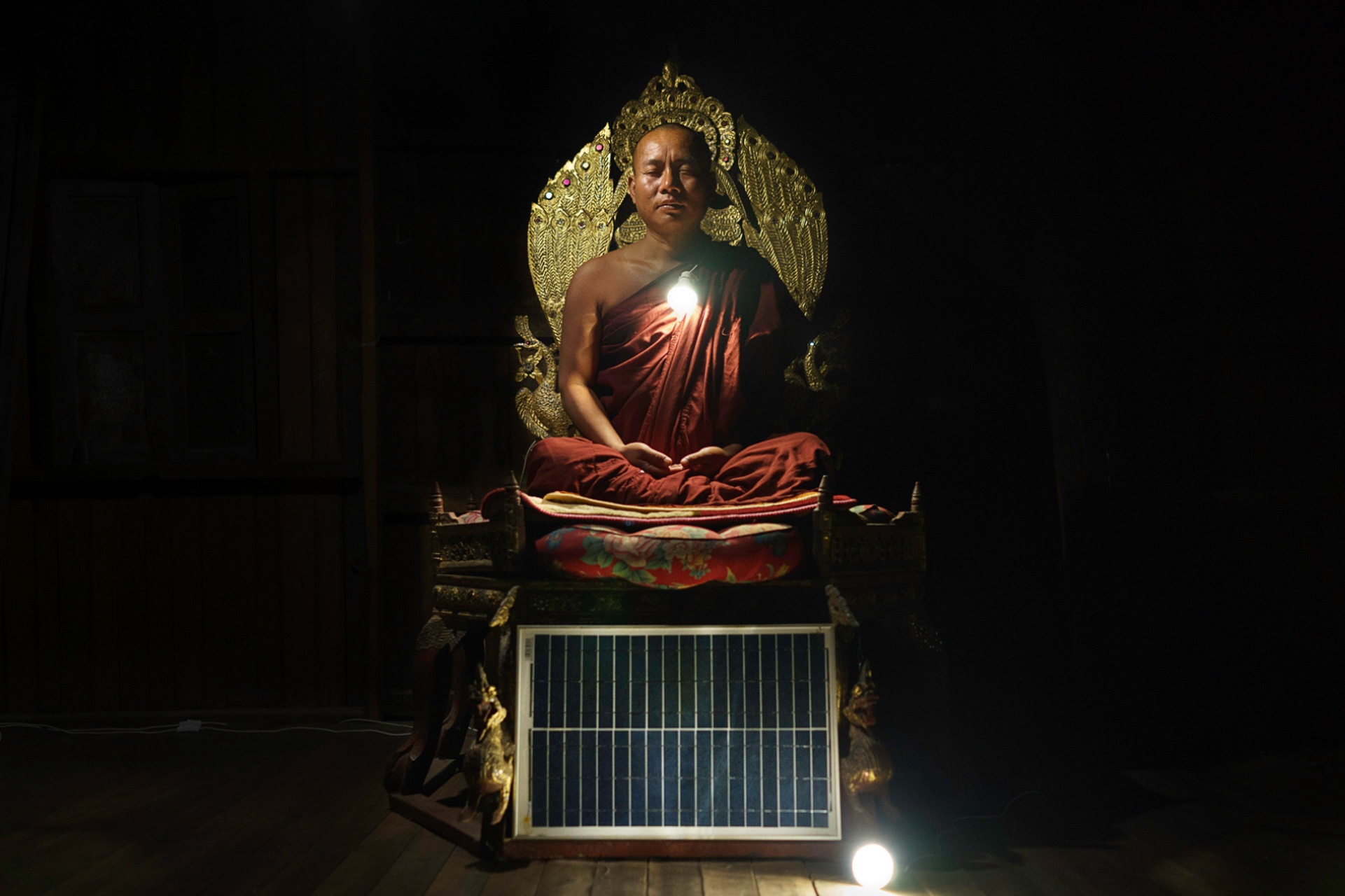 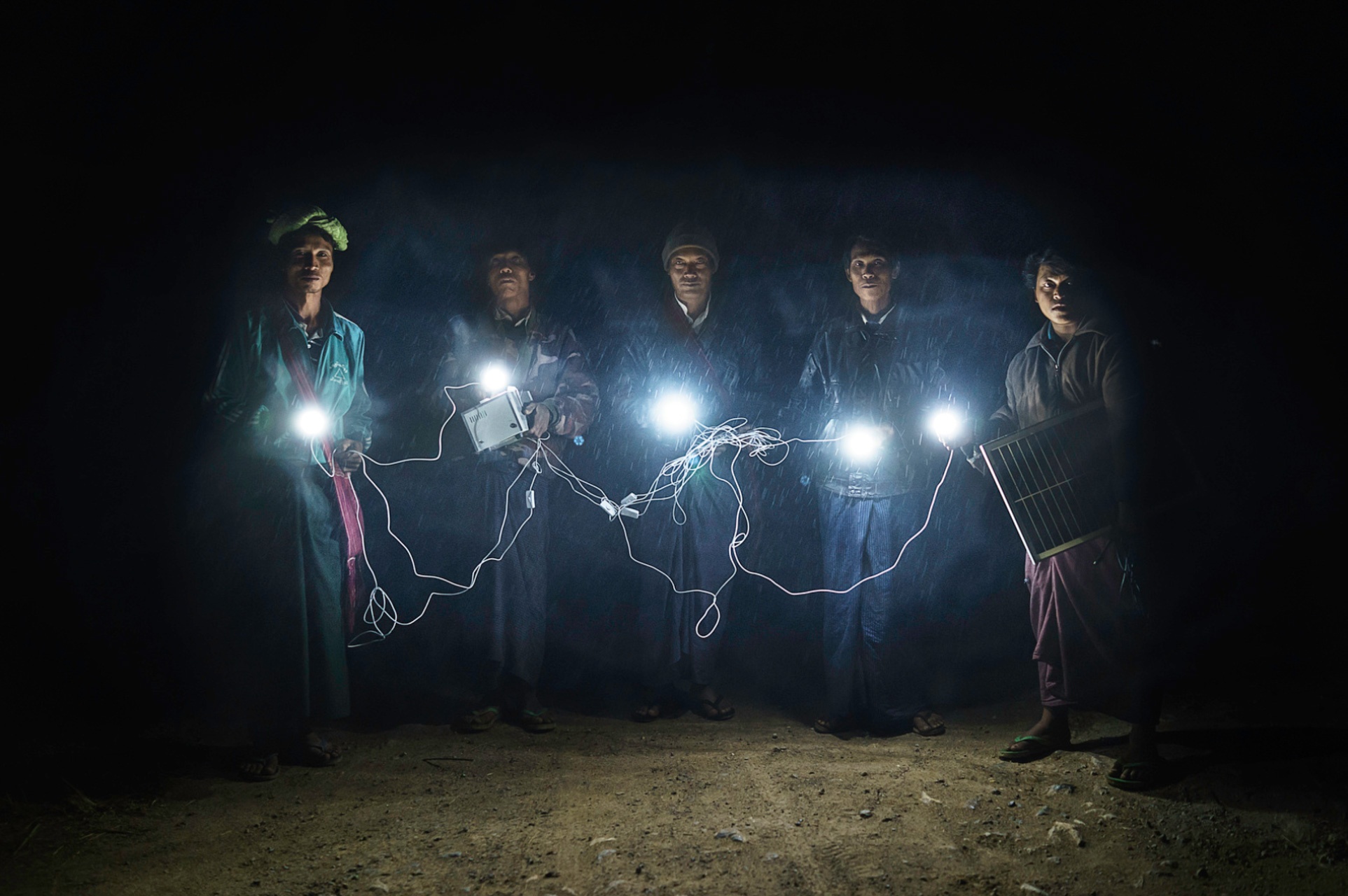 It is difficult to imagine life without electricity, to power our mobile phones or light our houses at night, but in Myanmar, only 26% of the country has access to the electrical grid. The country previously known as Burma is surrounded by economic heavyweights such as China and India, who have developed their own hydro-power plants in the area, but the electrical lines pass right by the citizens themselves. With candles being an expensive and dangerous light source, Rubén Salgado Escudero (Spain) photographed the rural people of Myanmar who rely on solar panels to light their homes at night. For most of these people, this is the first time they have had access to electricity and they are captured alongside the activity or task the artificial light aids them with, such as learning at after school club or digging a latrine. The cold light of the bulbs illuminates the frame of these posed environmental portraits, whilst the panel itself is also present, highlighting its importance in these isolated areas.