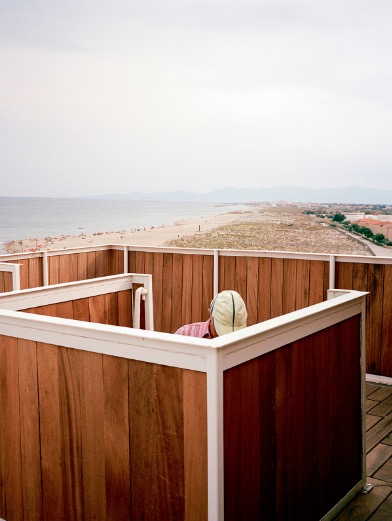 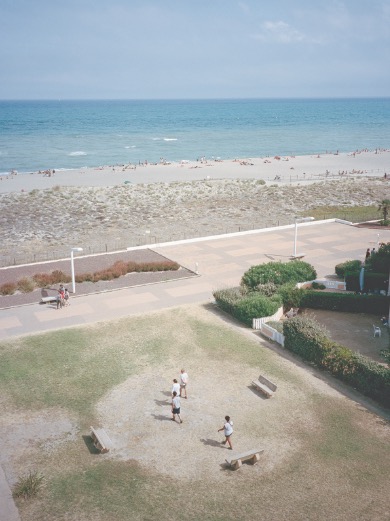 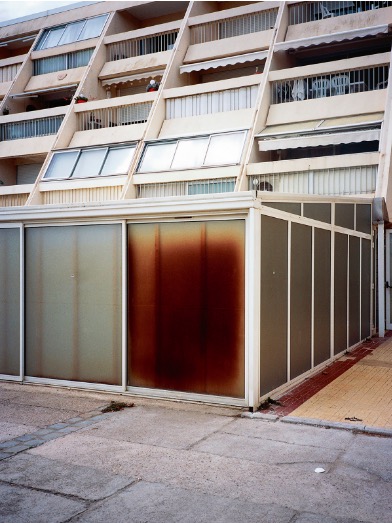 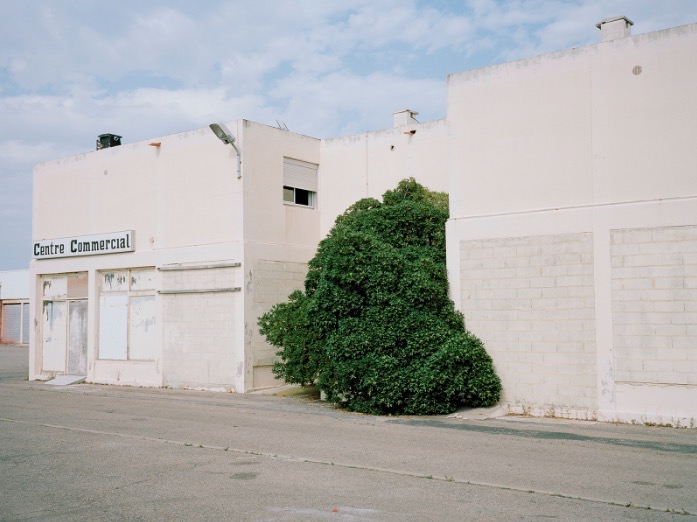 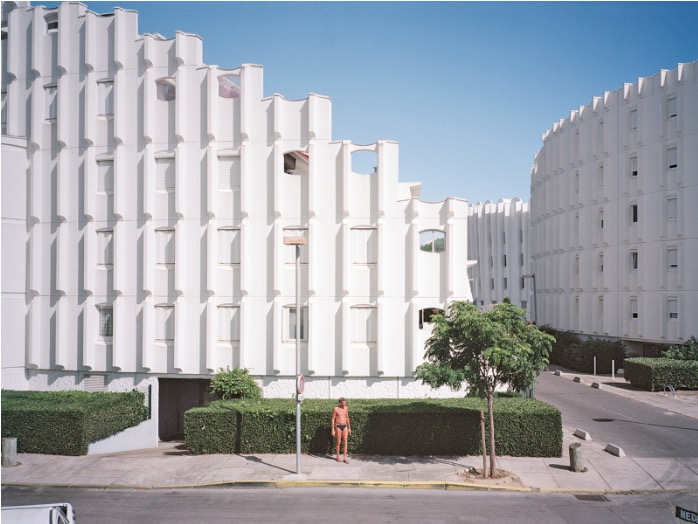 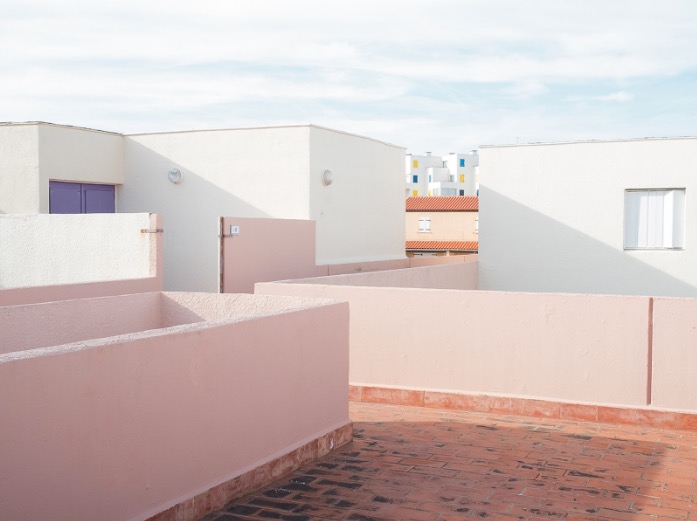 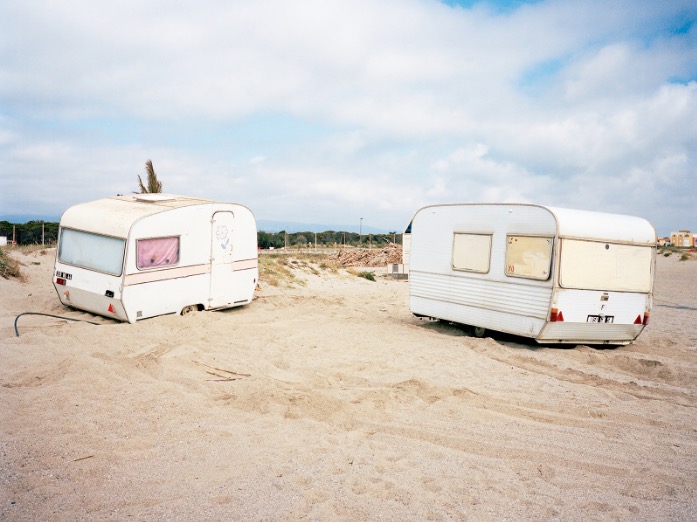 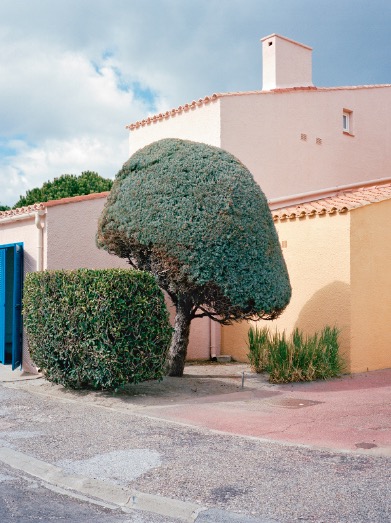 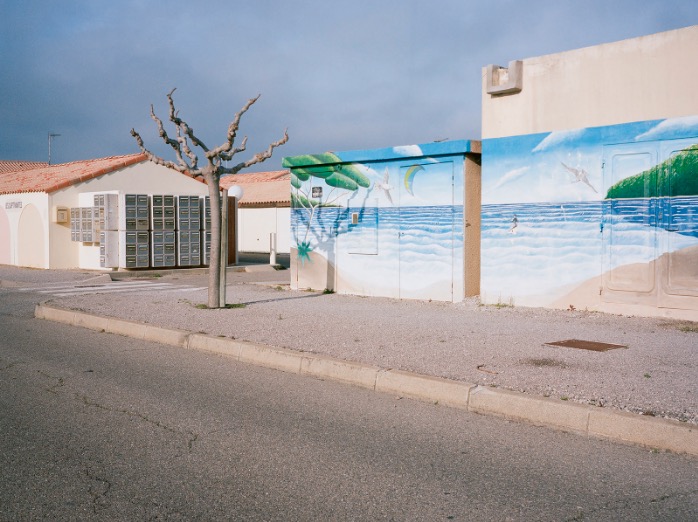 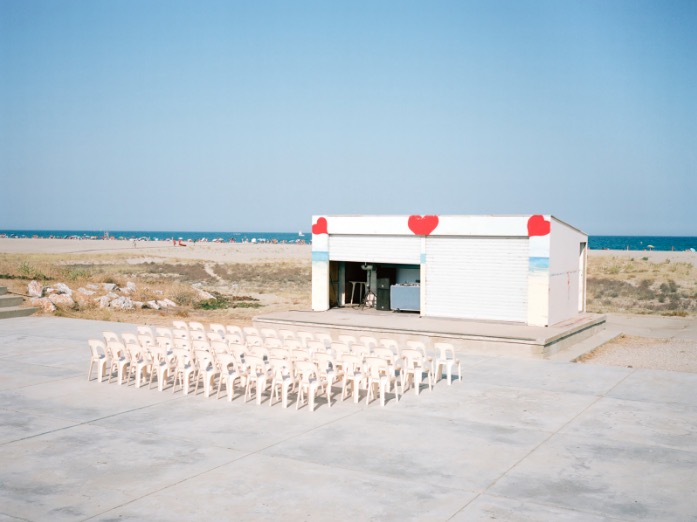 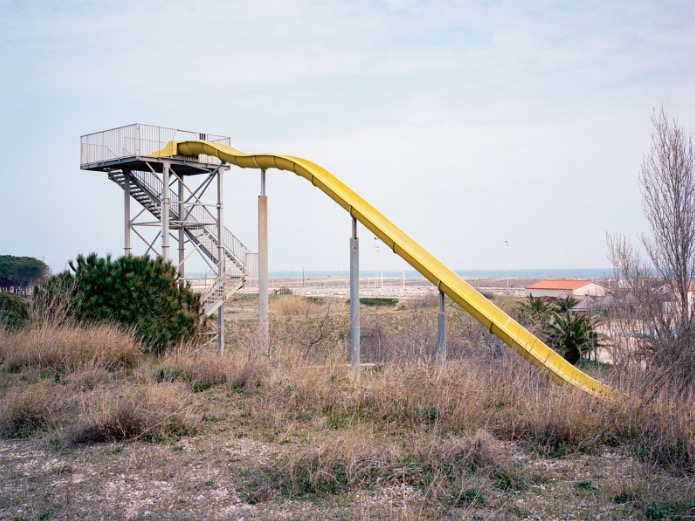 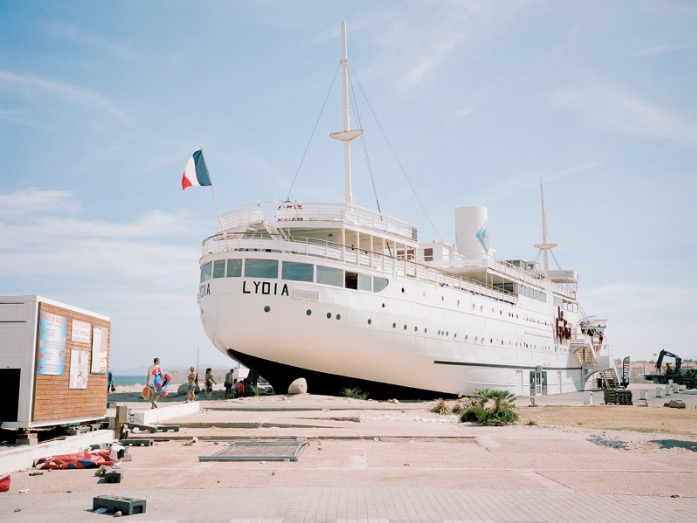 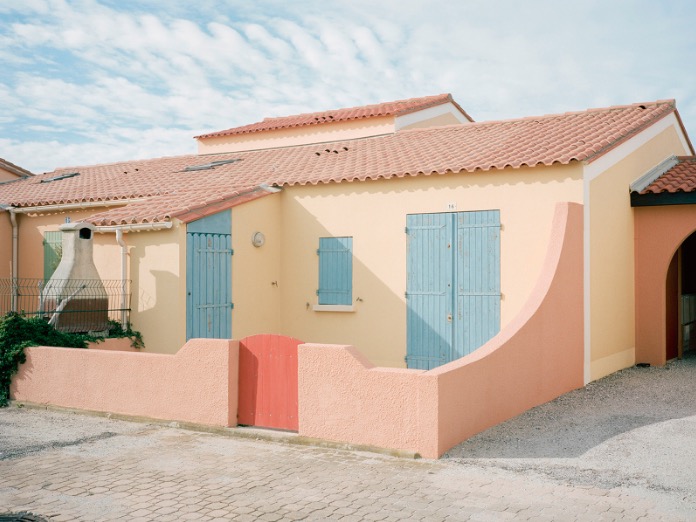 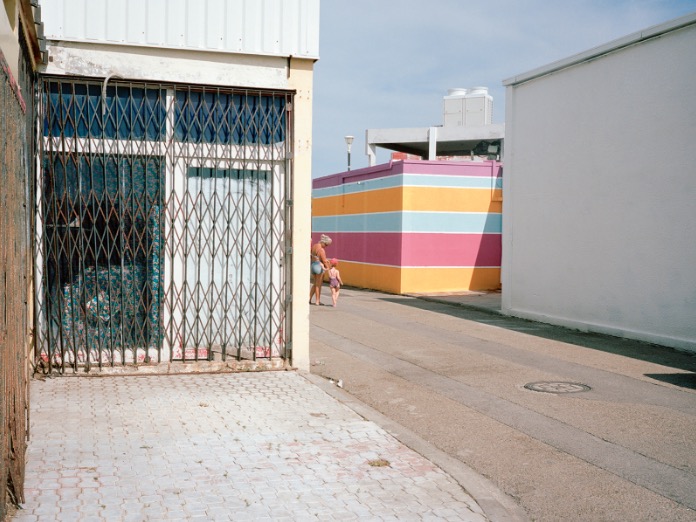 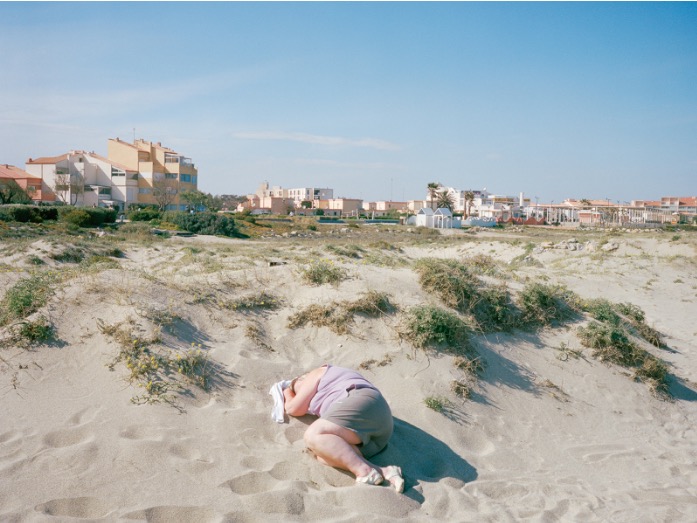 Even though his passport says he is Irish, photographer Shane Lynam (b. 1980) seems to have a deep connection with France. His project Fifty High Seasons is focused entirely on the development of the Languedoc-Roussillon coastal region in southern France, known as the “Mission Racine”. Over the period of 7 years, Lynam visited and photographed 7 towns of the region to study all the peculiarities of this mission, named after its director, Pierre Racine. With his colourful and ambiguous photographs of avant-garde architecture in the surreal landscapes, he shows how the programme has become an alternative to bourgeois tourism on the French Riviera.

The project reveals mysterious candy-colour resorts from 1963 that are silent and almost empty, save for some of the tourists that the photographer leaves in his images intentionally, sunbathing or wandering around in the timeless maze. The word timeless is the key of Lynam’s work, as the warm hue of the photos and the old-fashioned look of the bathing suits play a trick on the viewer, suggesting that they originate from the 1960s rather than recent years.

Lynam’s other works, like Contours (2010-2015) and Pebbledash Wonderland (ongoing), also emphasise dreamy landscapes and have been edited in the same colour scheme. In the rare cases where there are people present, they look like characters from Wes Anderson’s (1969) movies: tiny magical creatures placed in a scene as if it were a dollhouse.