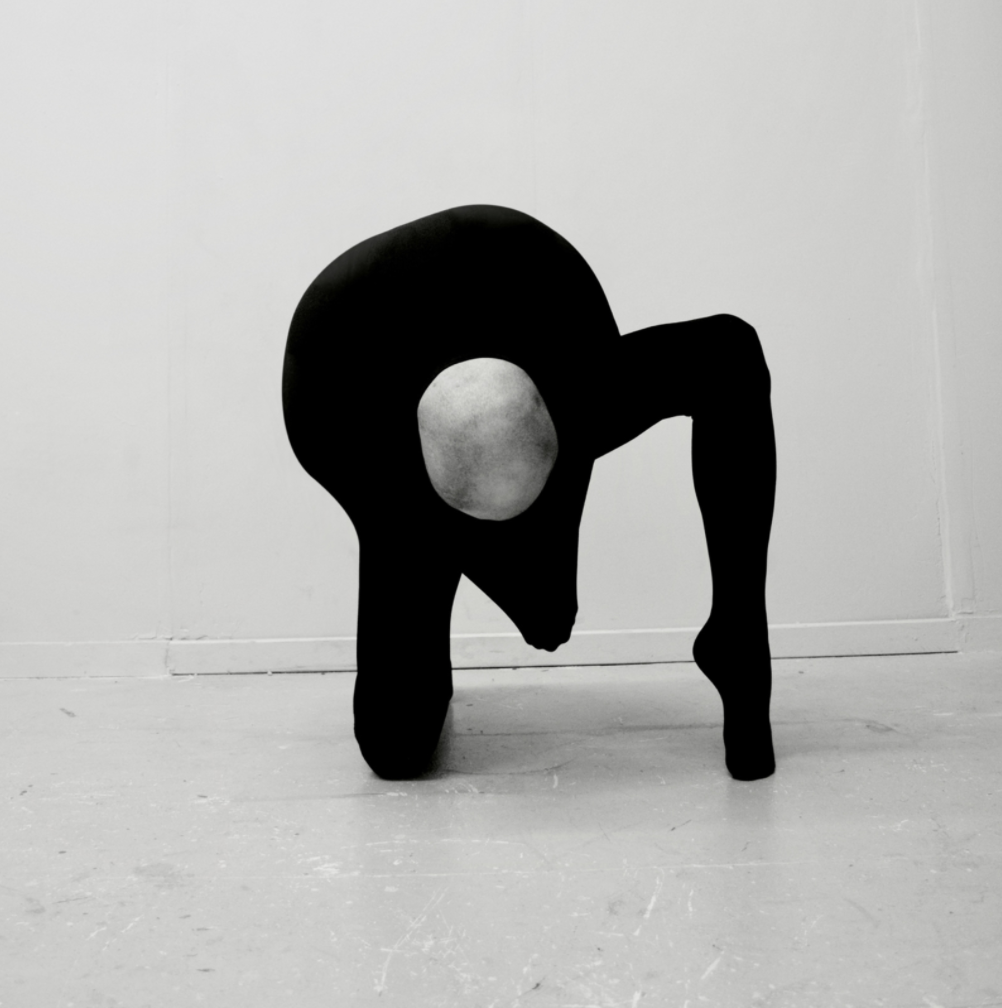 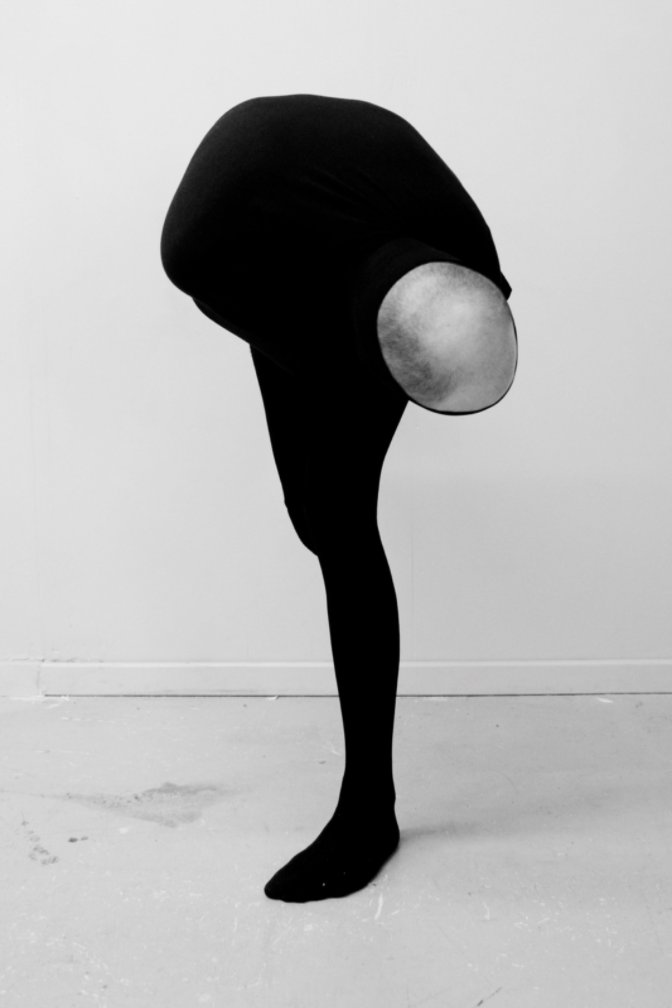 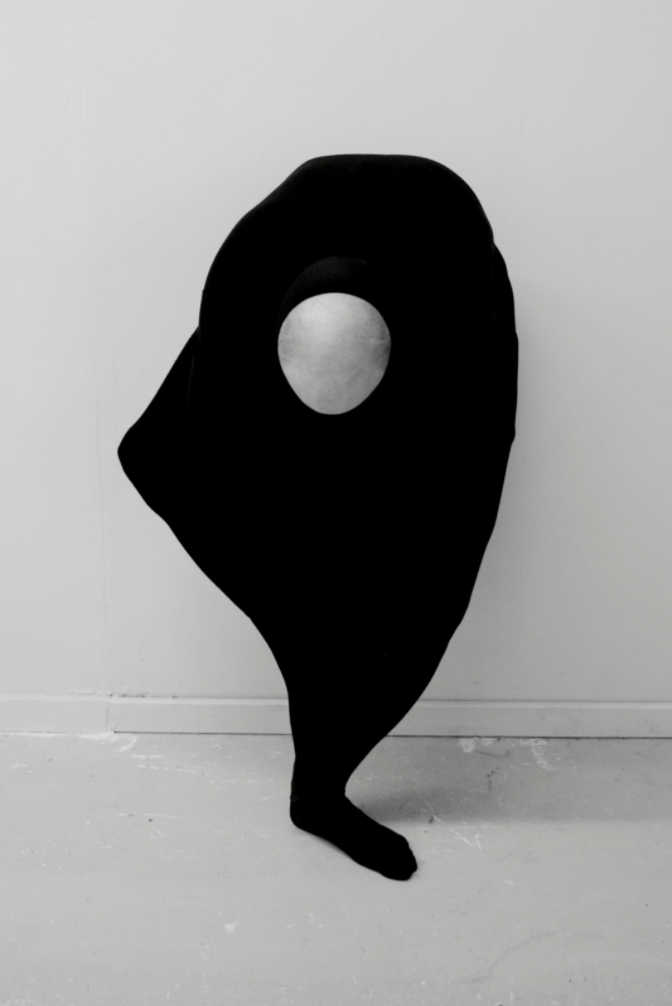 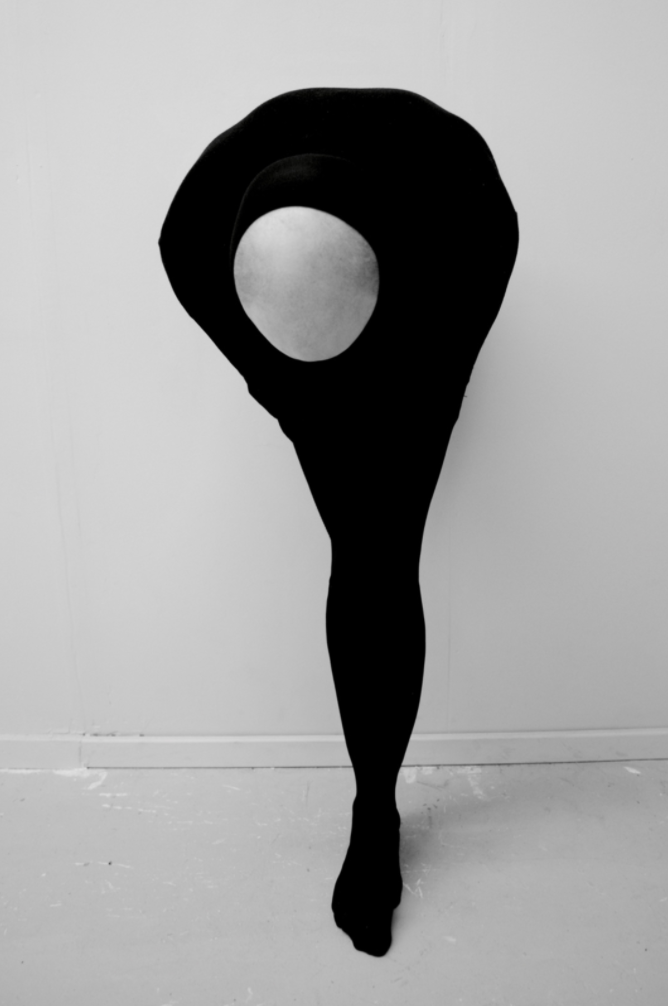 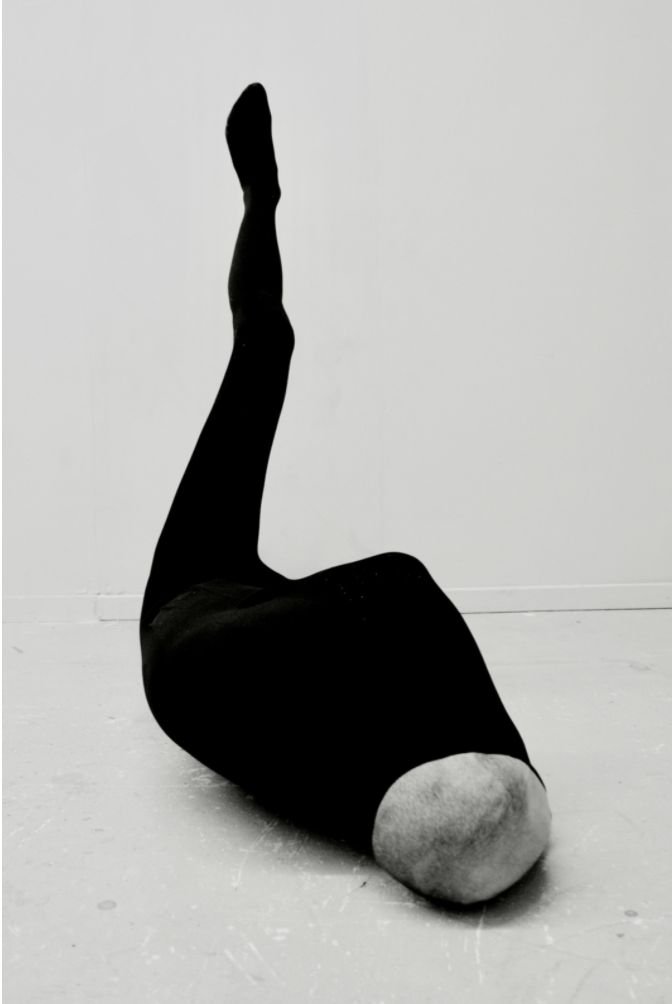 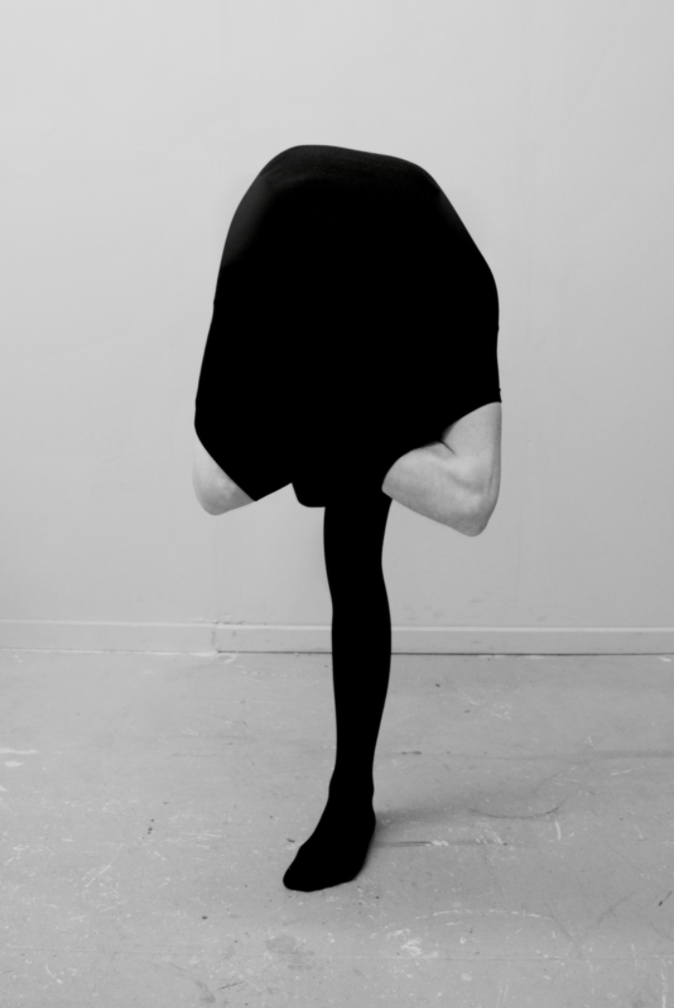 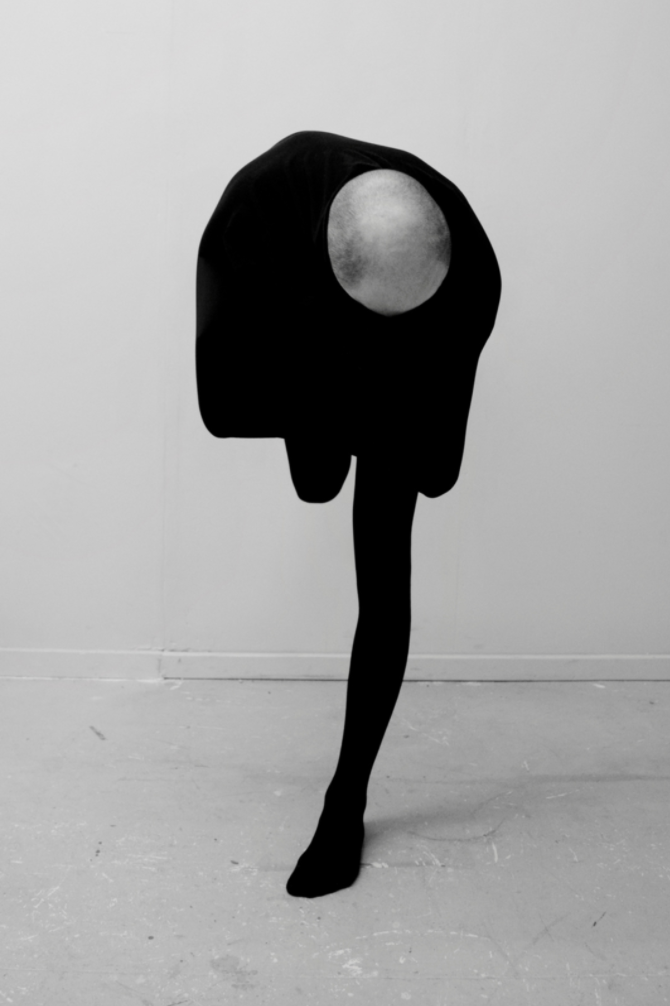 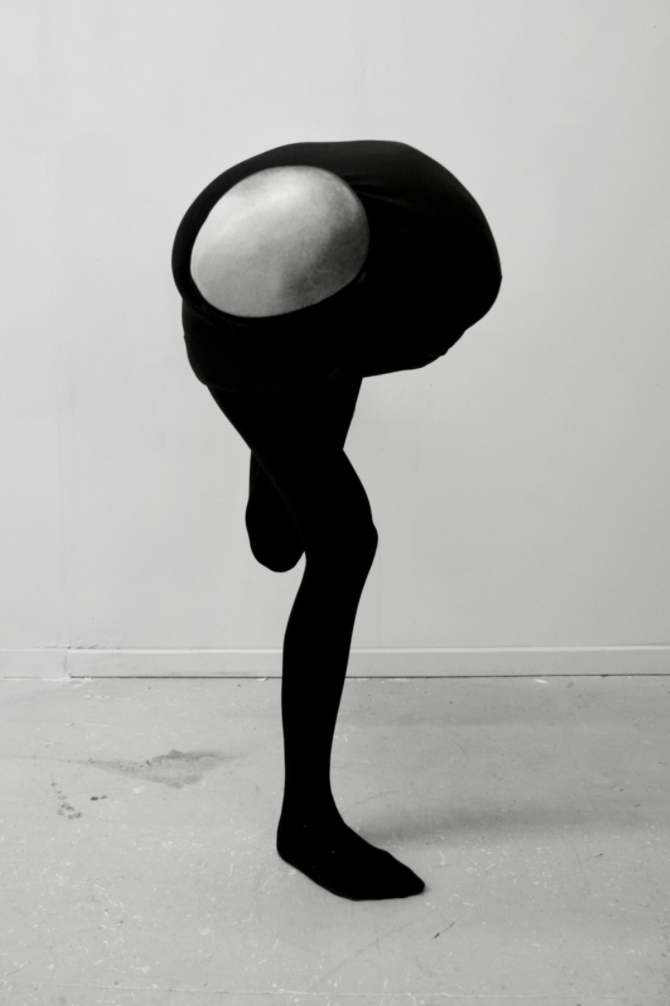 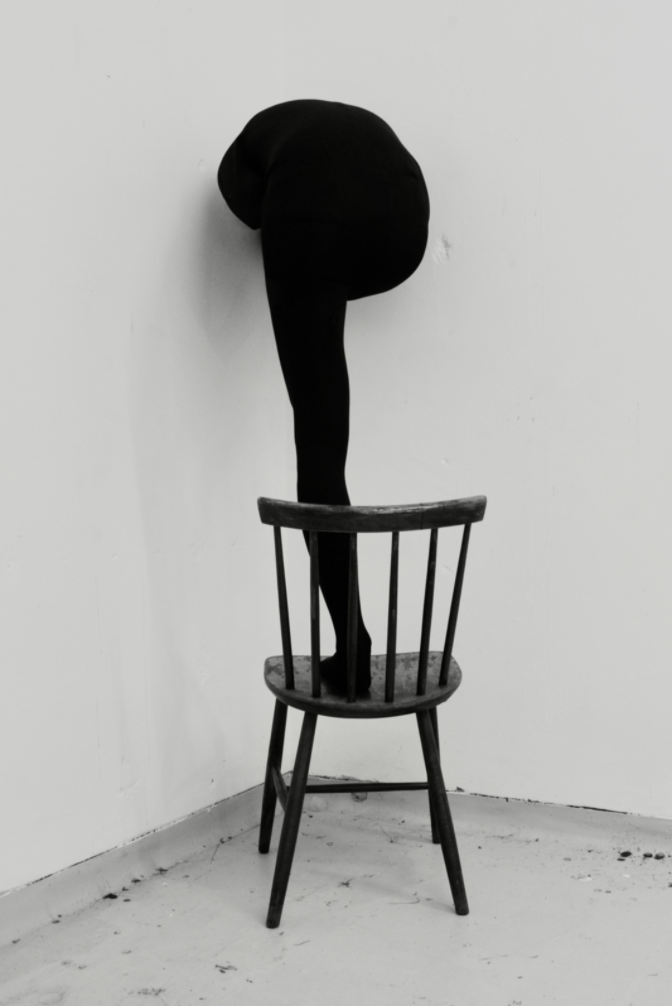 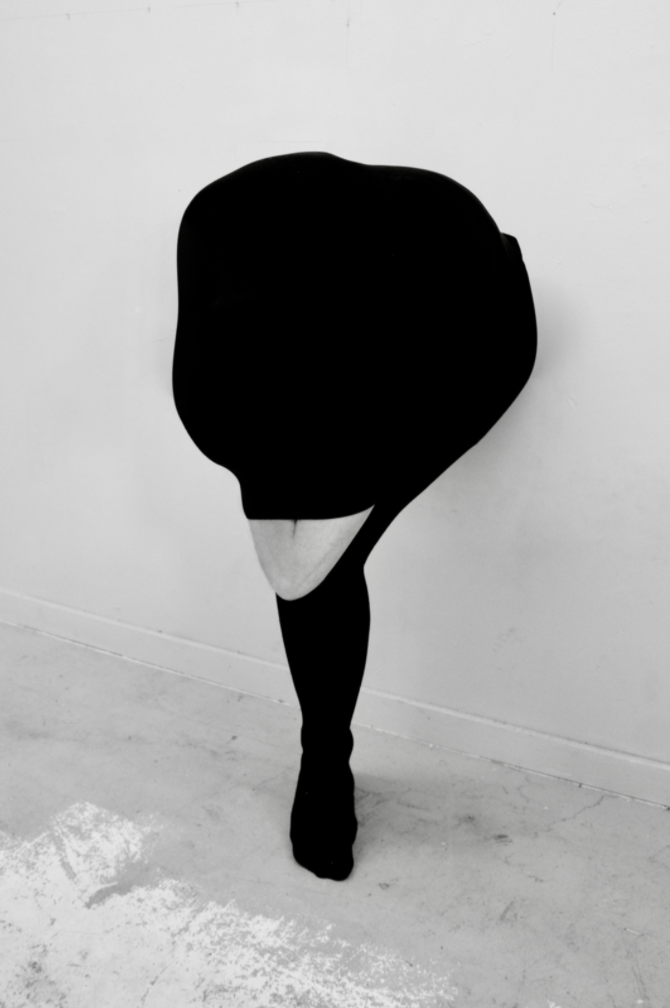 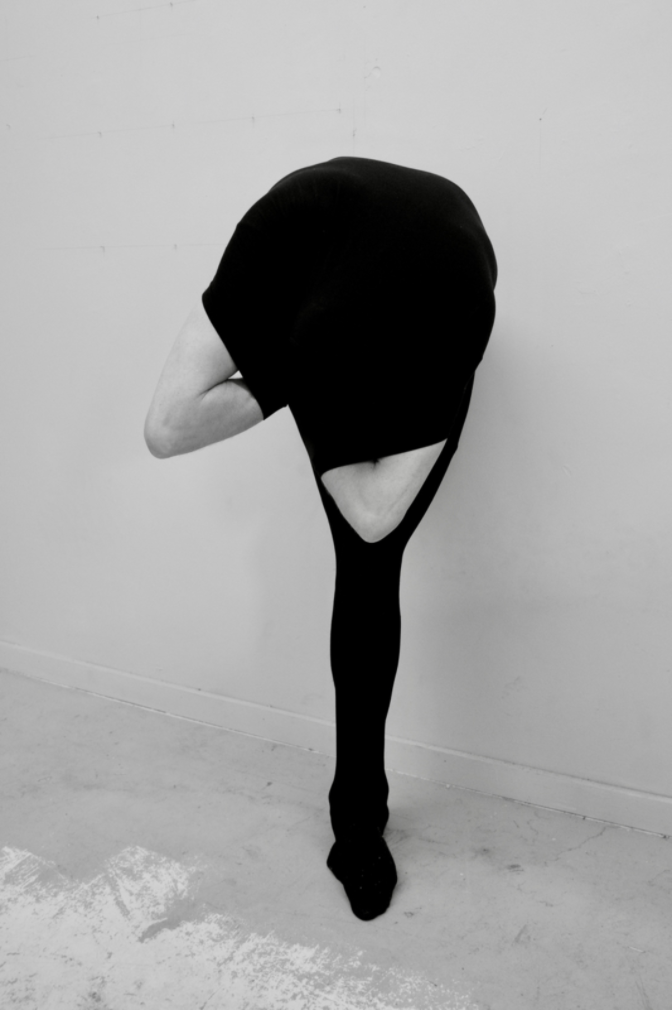 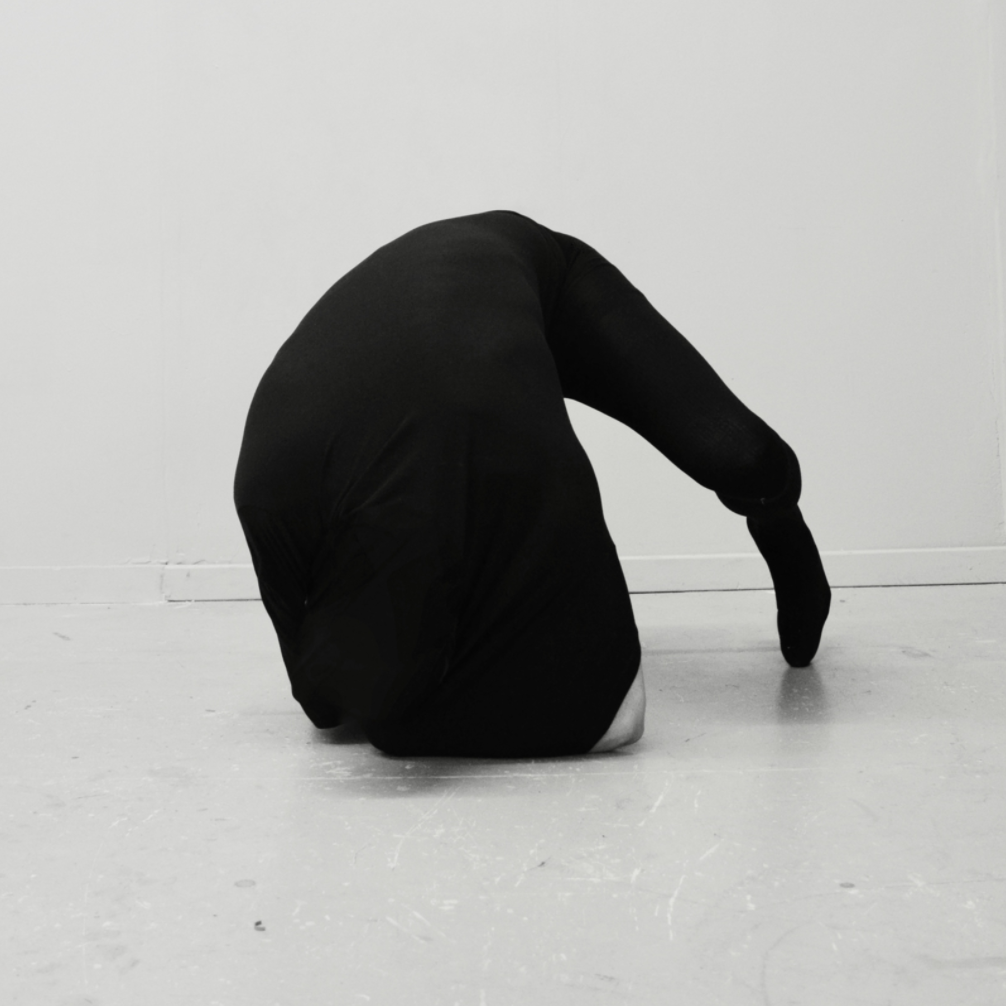 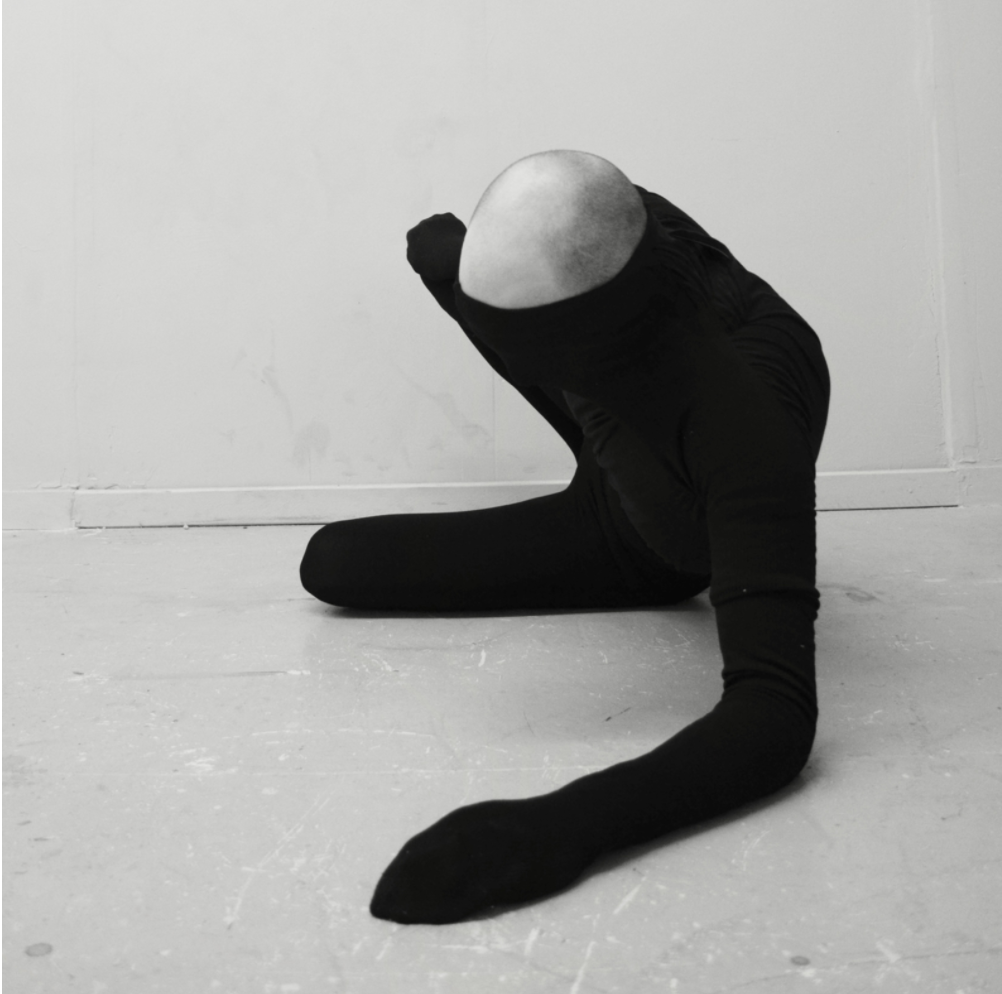 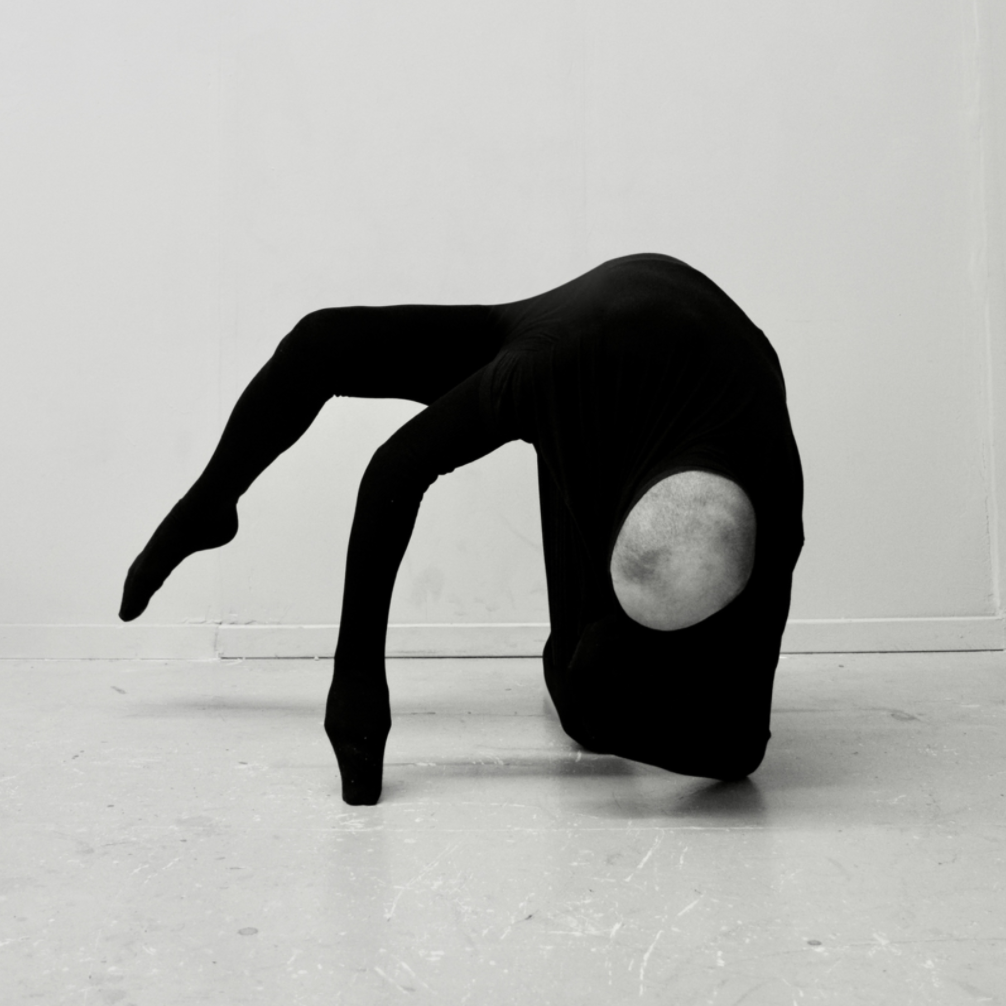 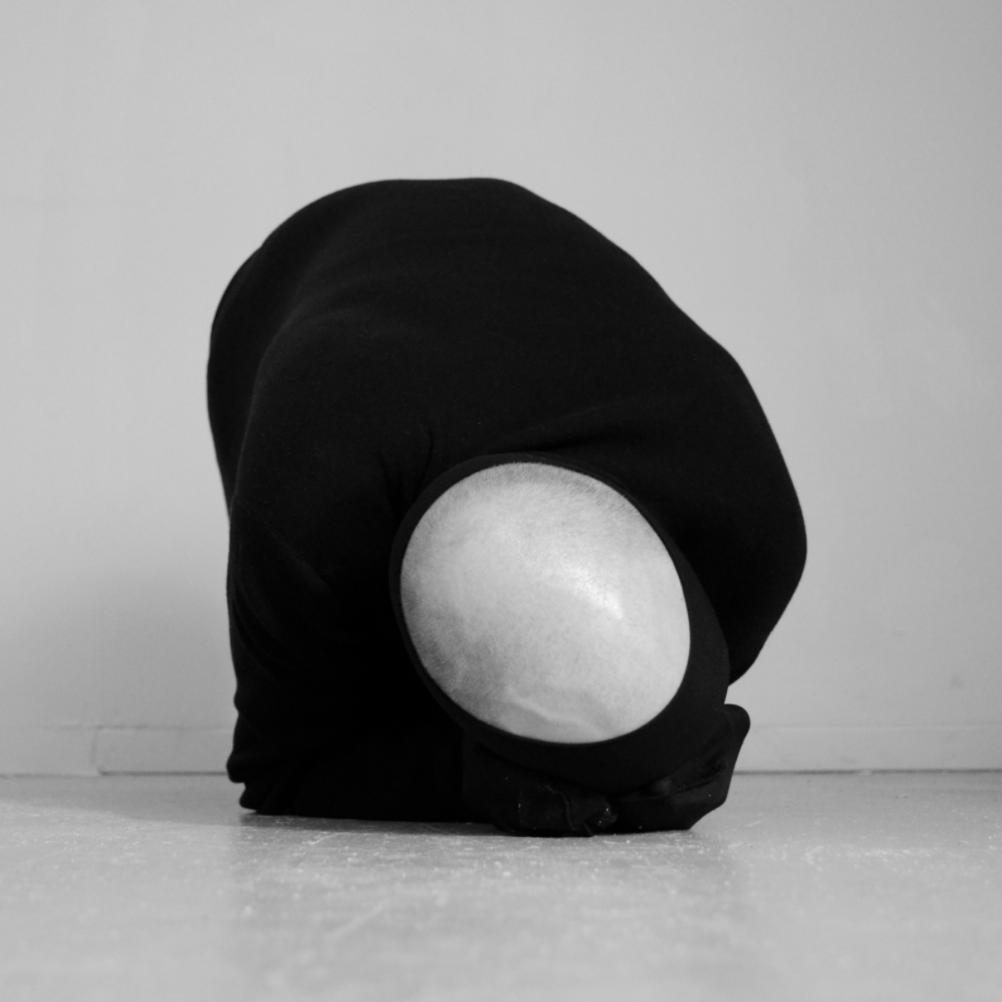 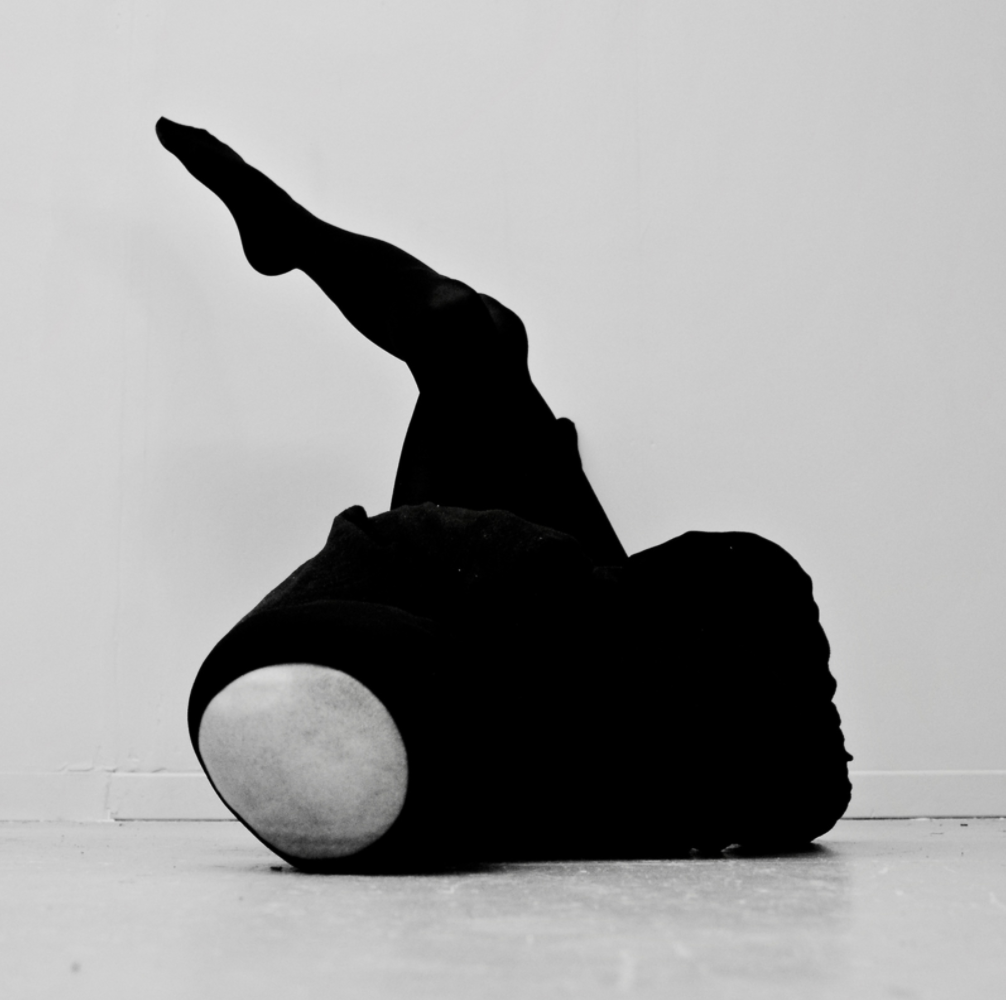 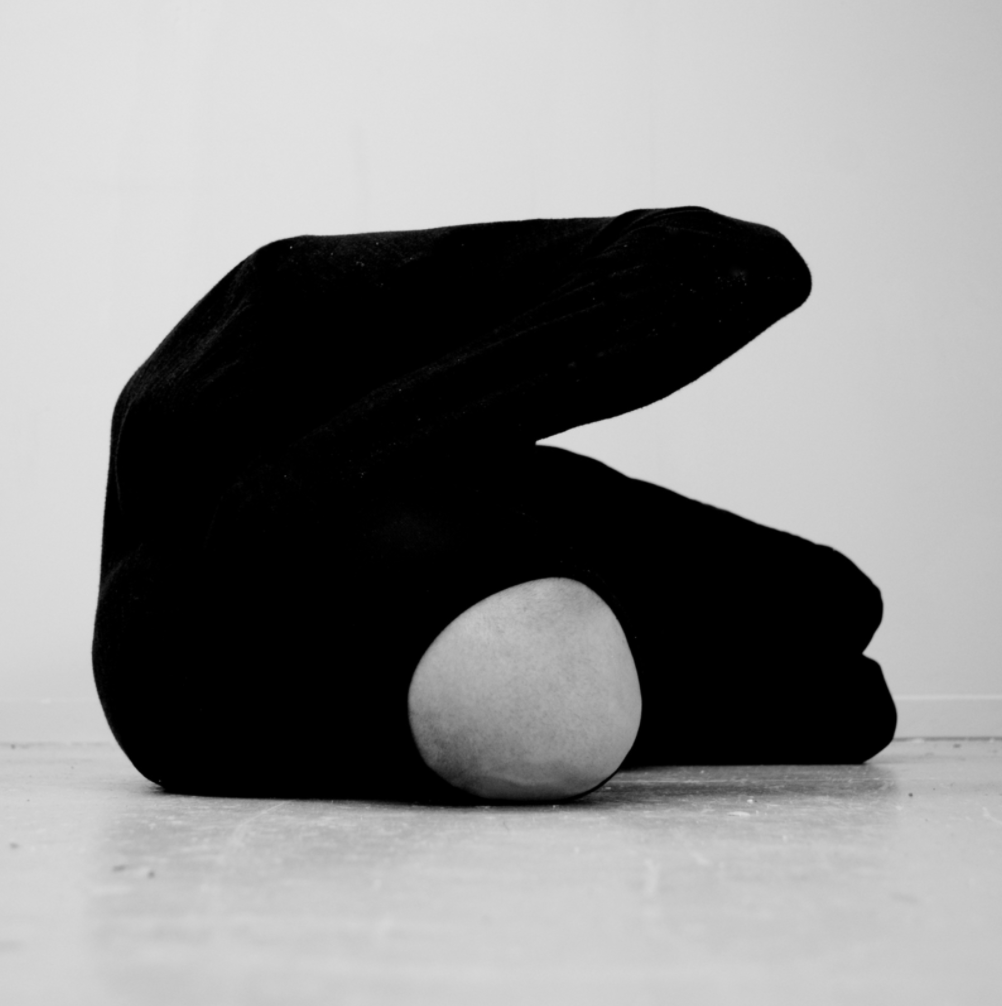 The self-portraits of English photographer Tom Butler (b. 1979) are nearly unidentifiable. Black shapes pop out of the images, with occasional accents of a white circle or lines – which, upon closer inspection, we can identify as the top of a perfectly bald head or the crook of an elbow. They’re charming reminders that this strange figure is in fact a human being. “I attempt to reduce myself as much as possible to a singular form,” Butler says. “Instead of presenting myself in a recognisable way, I appear concealed, ambiguous or even monstrous.”

The series altogether look like a modern dance performance, with a body moulded into whatever shape the choreographer desires. It forces the viewer to look at the series sideways or upside down in order to understand the silly positions Butler got himself in. The high-contrast, black and white portraits convey a feeling of being trapped in a body, as well as a sense of playfulness. Butler calls the process ‘conspicuous invisibility’, which is about the simultaneous desire to both hide and perform.