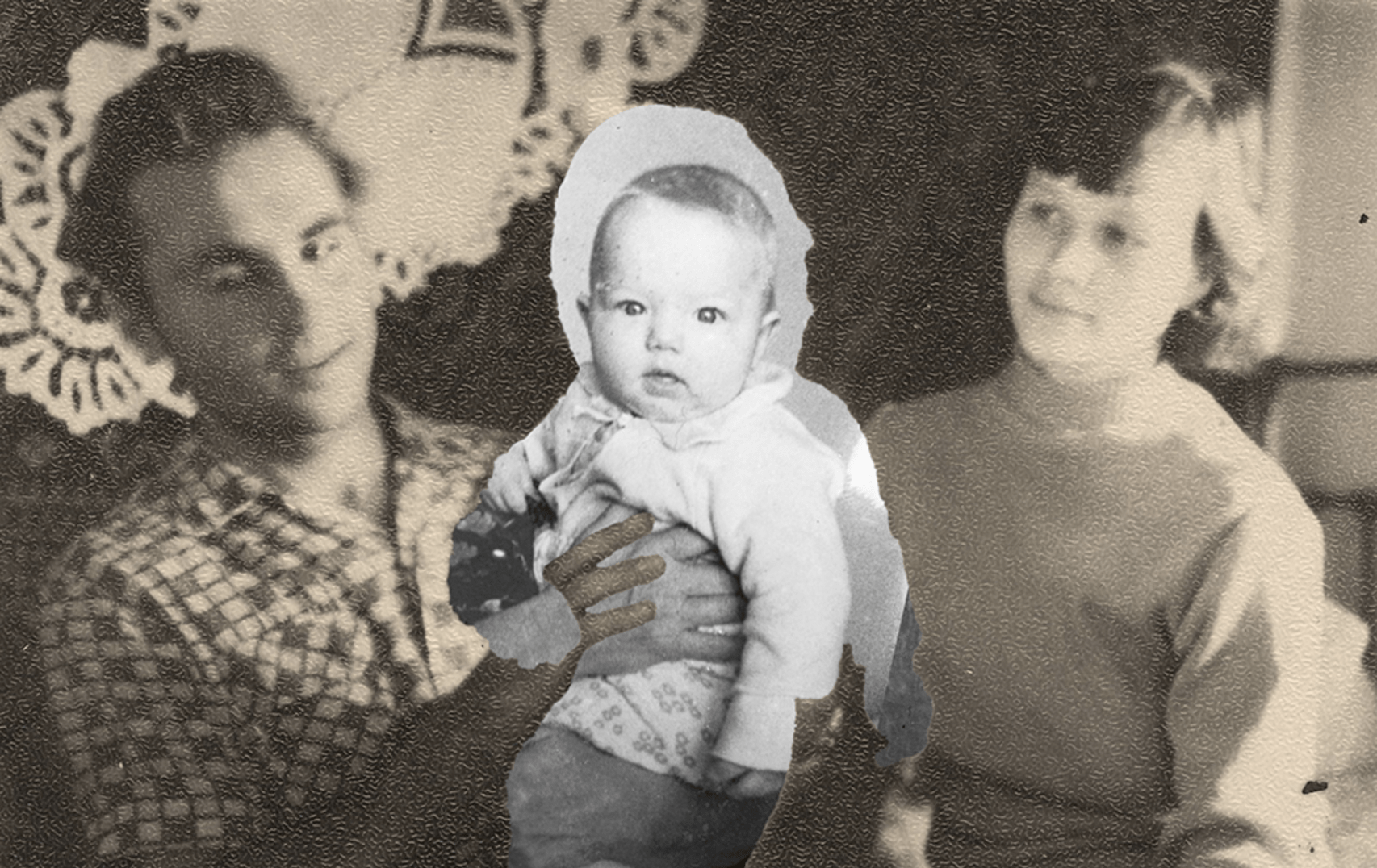 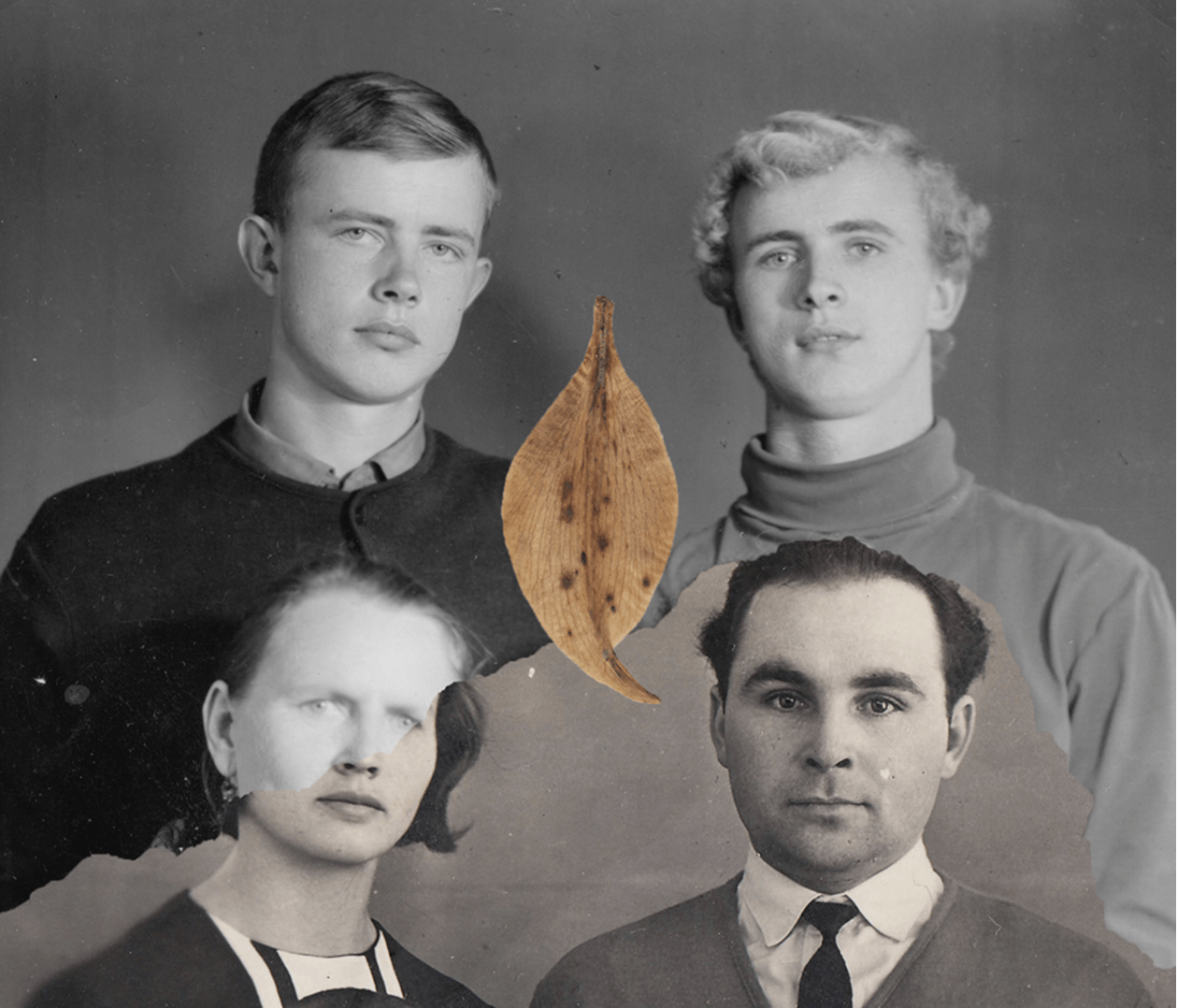 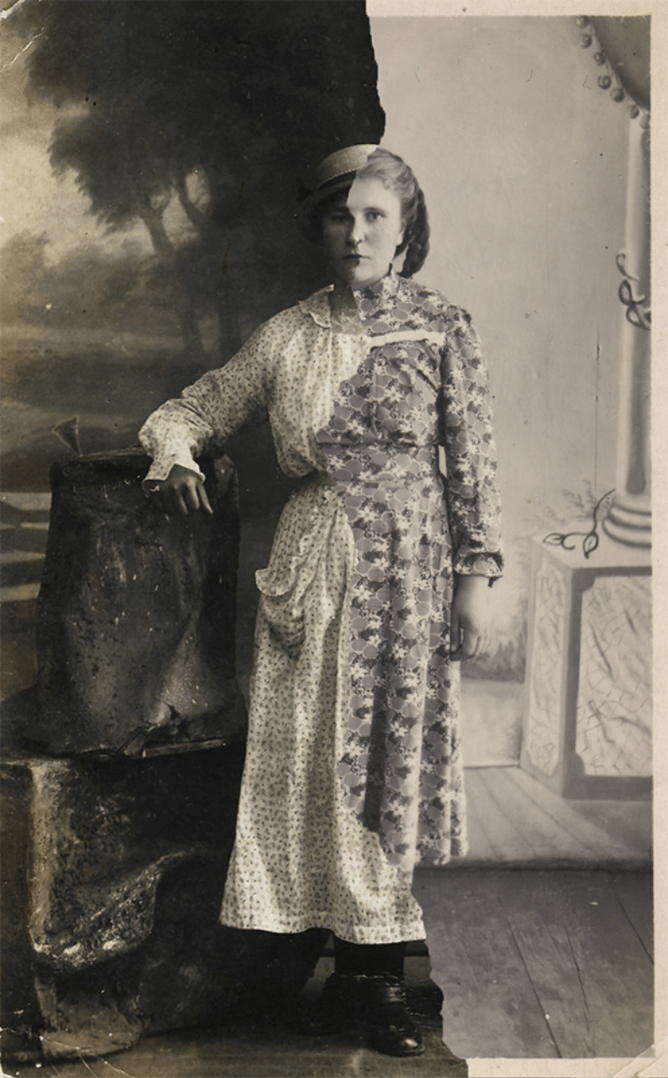 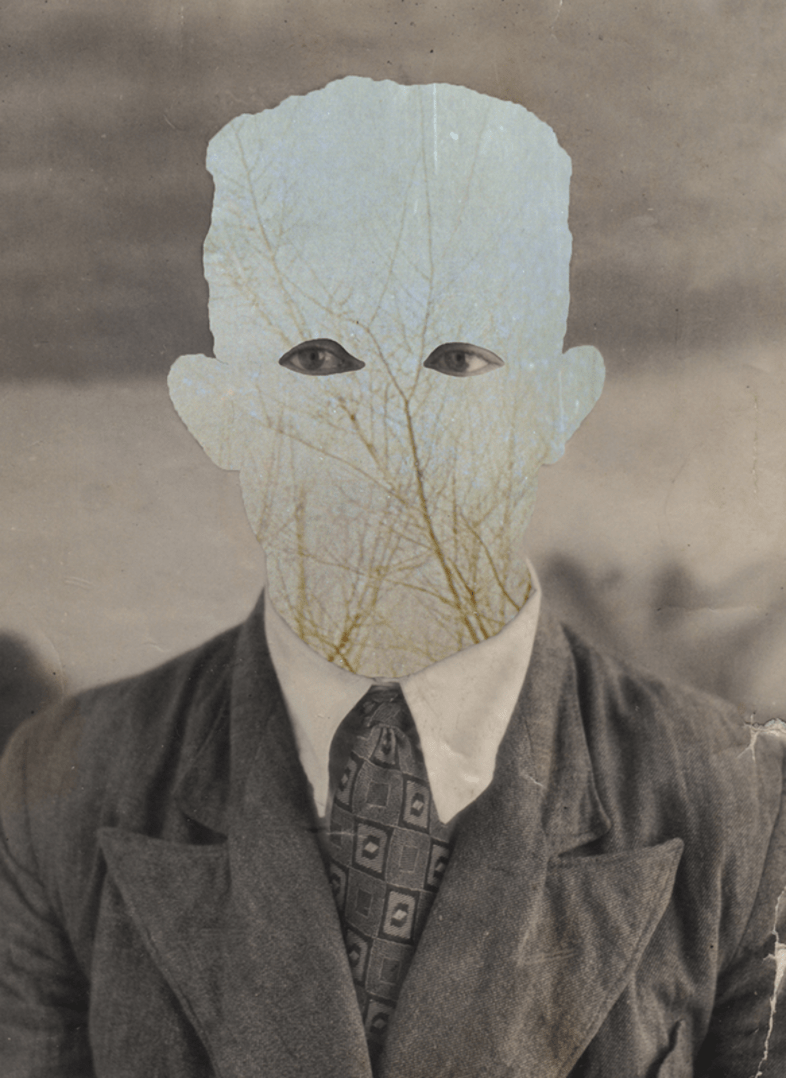 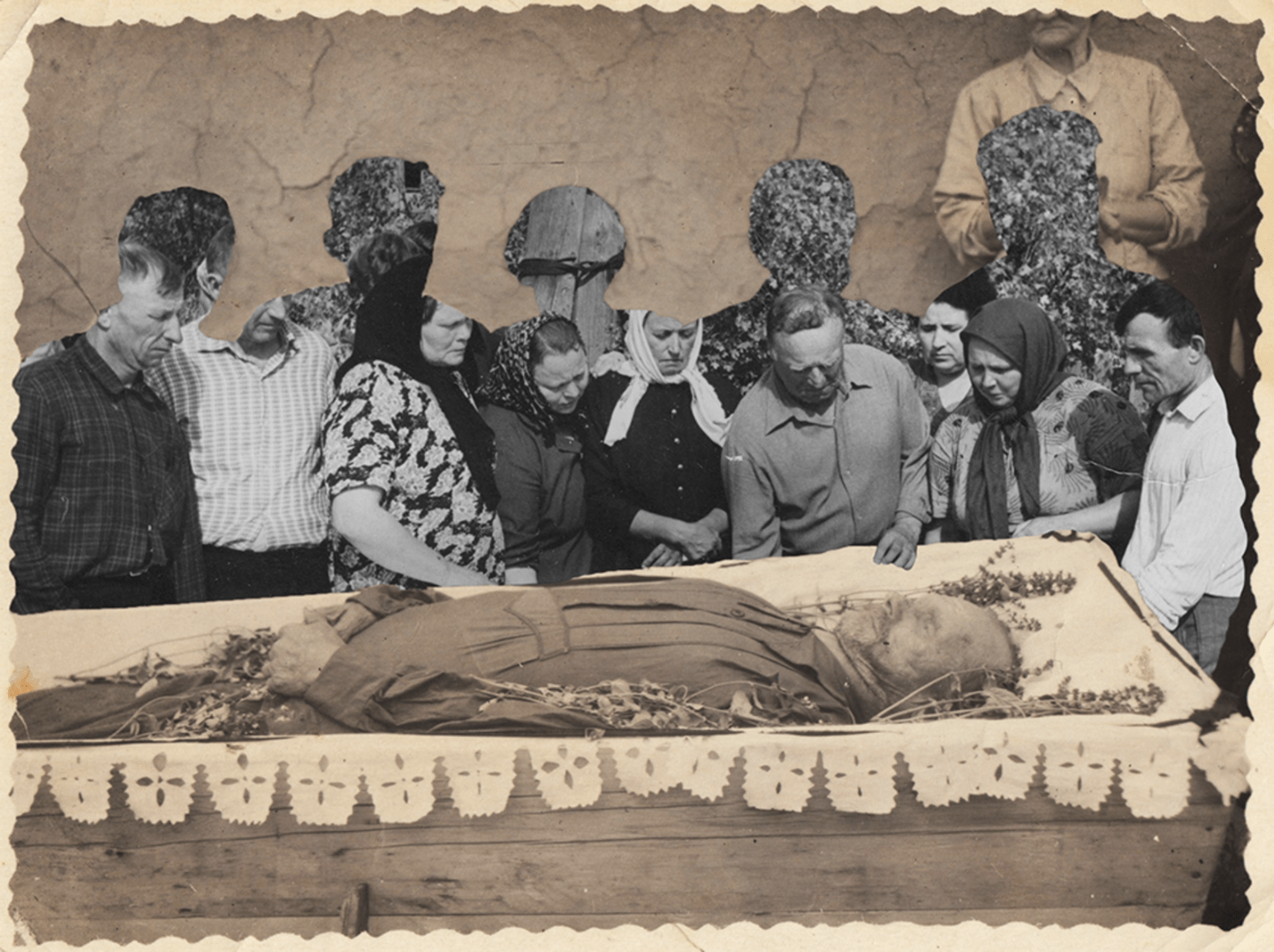 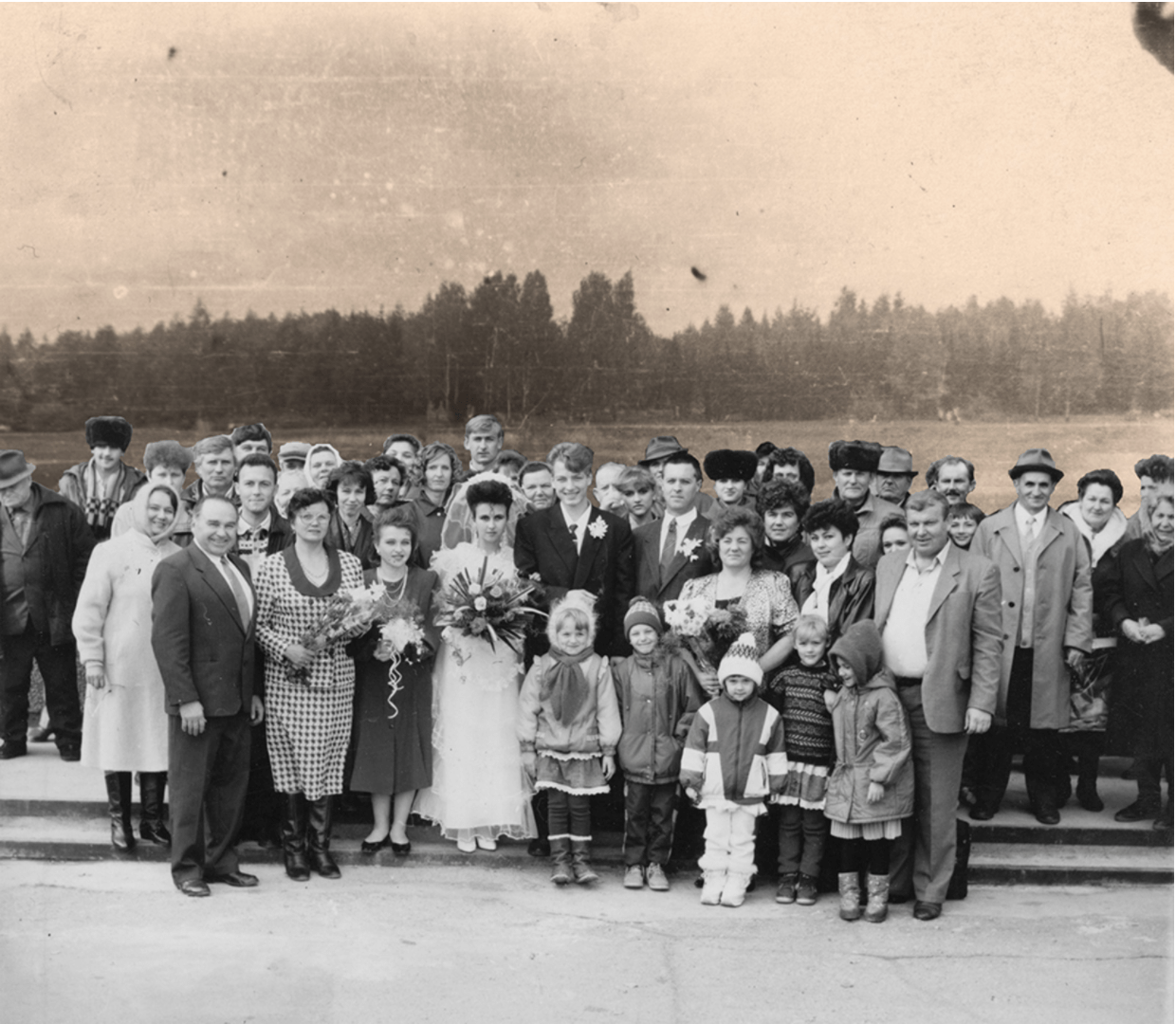 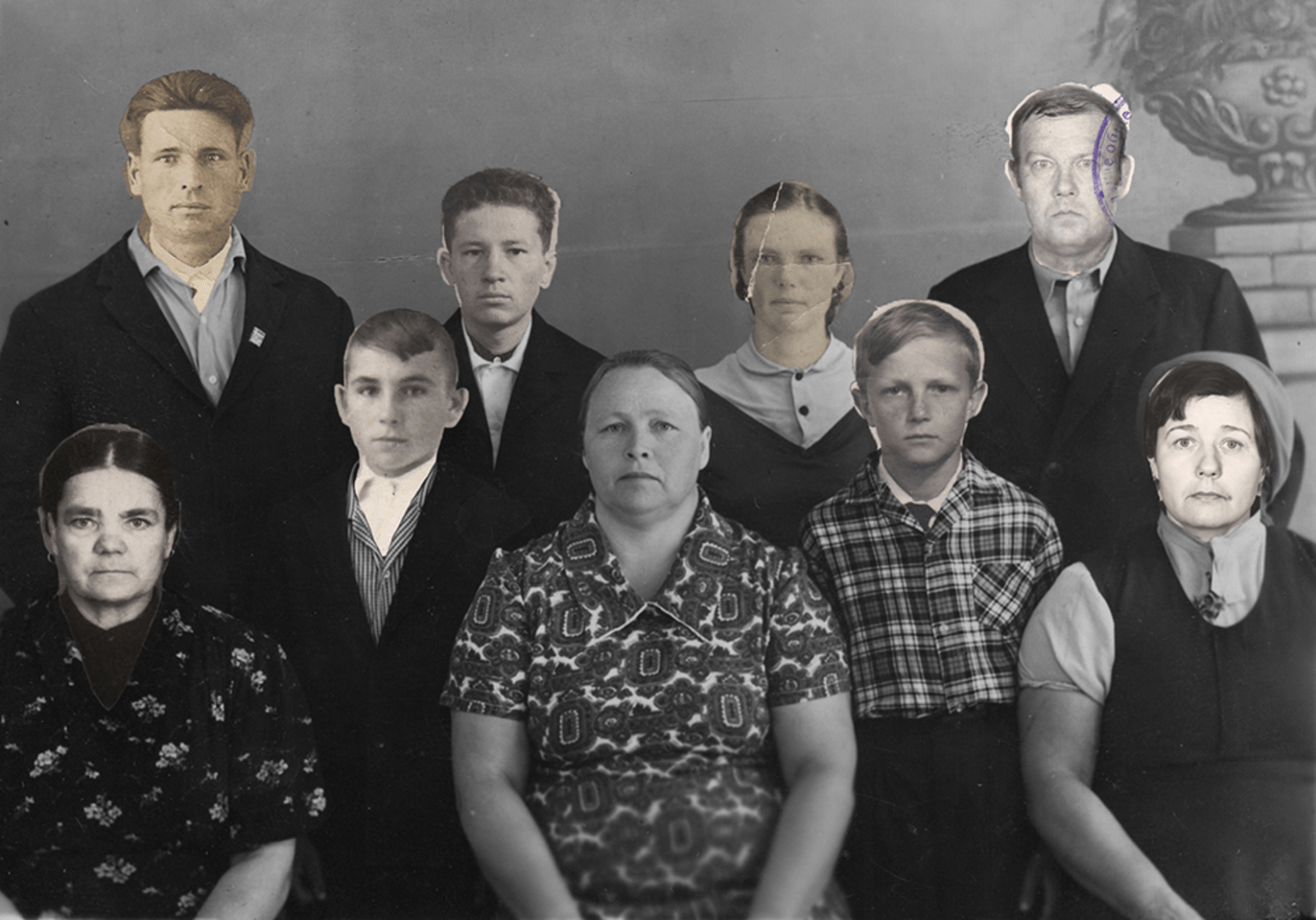 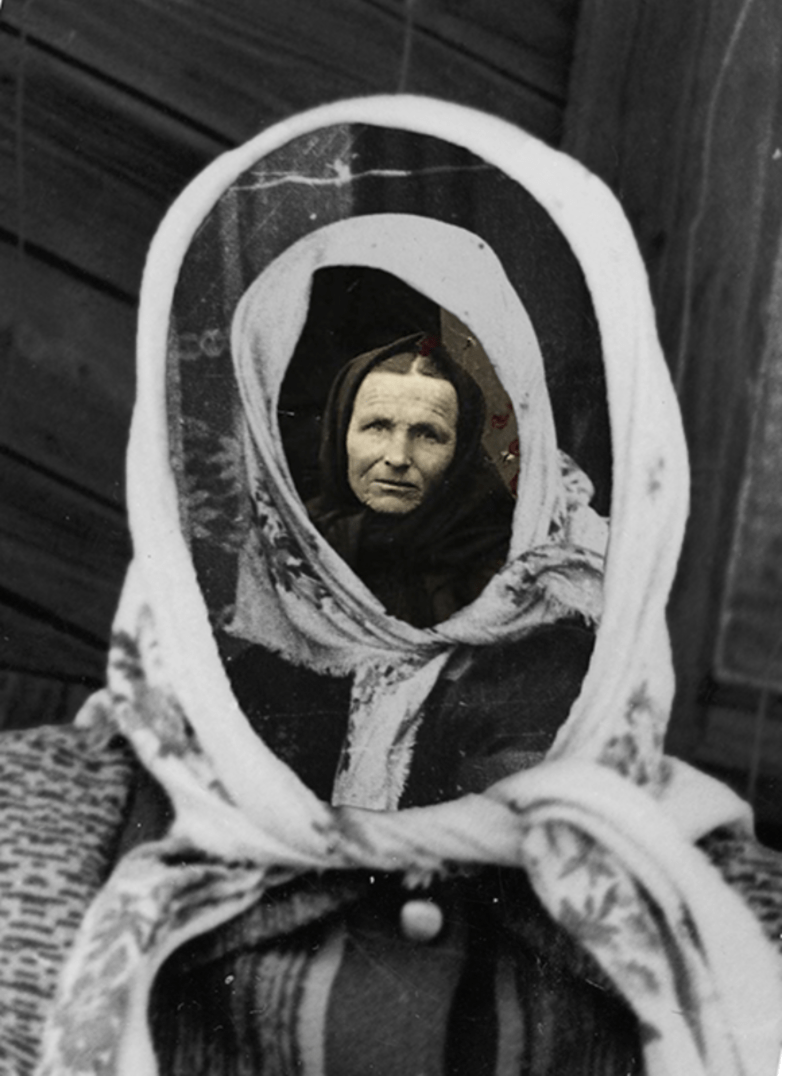 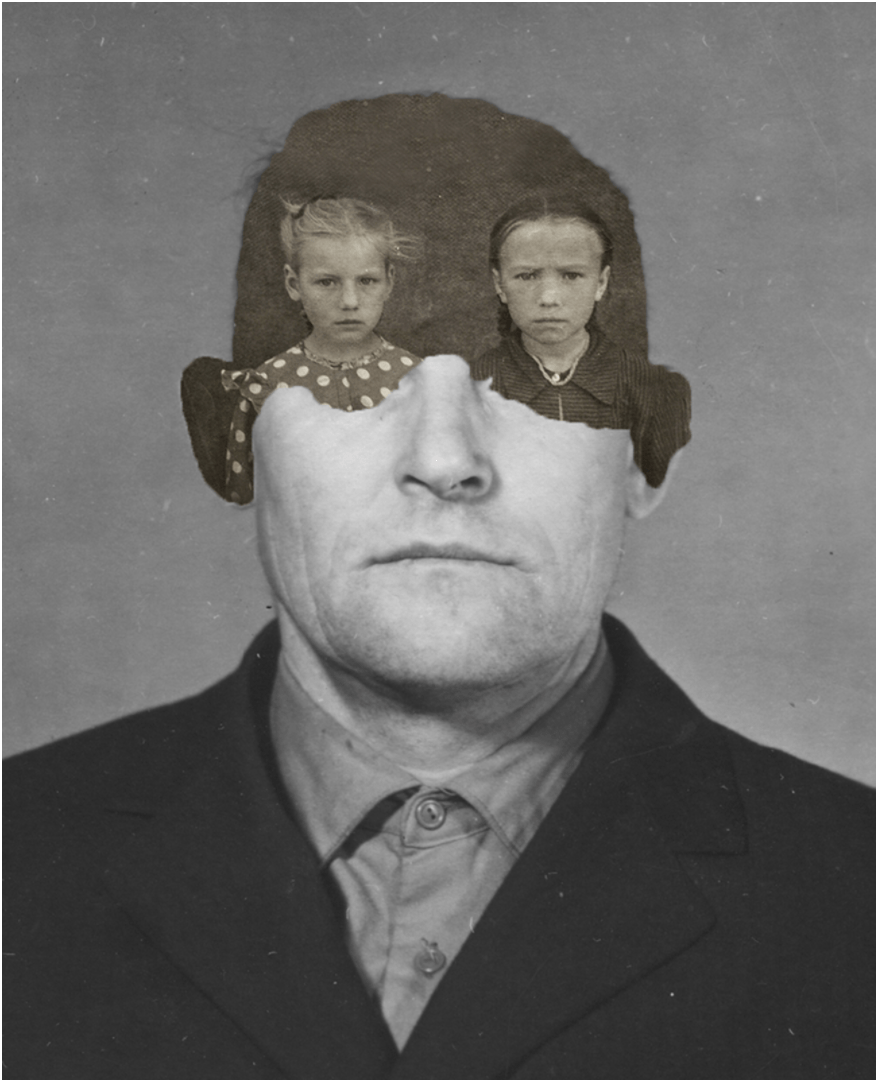 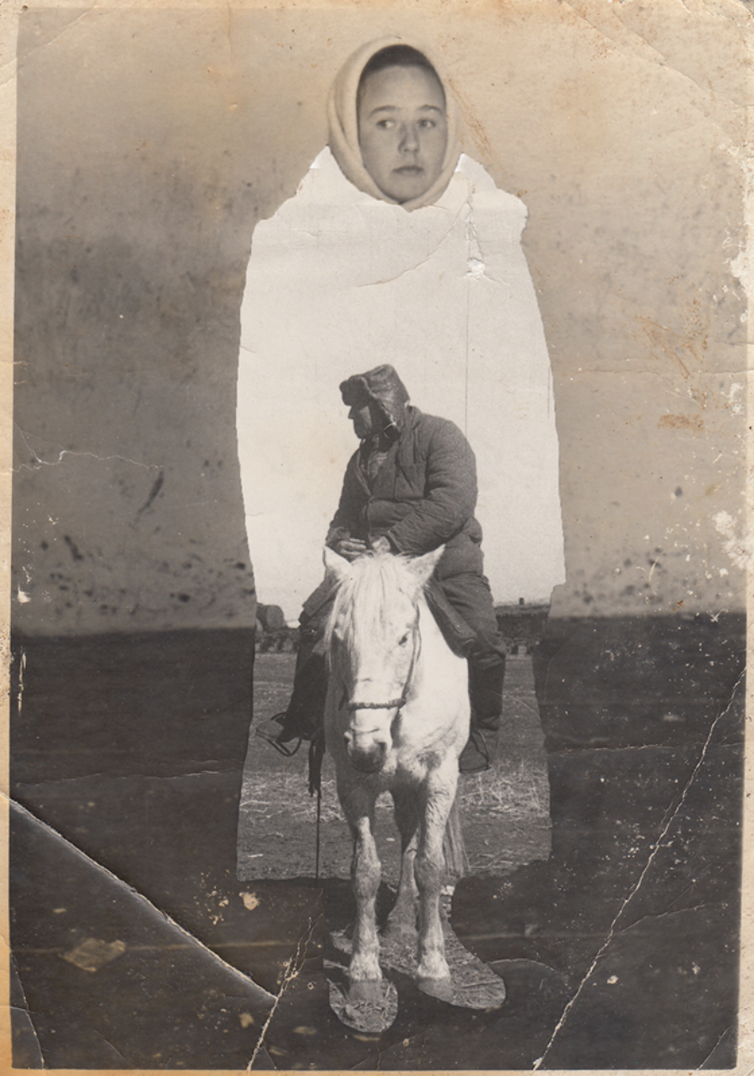 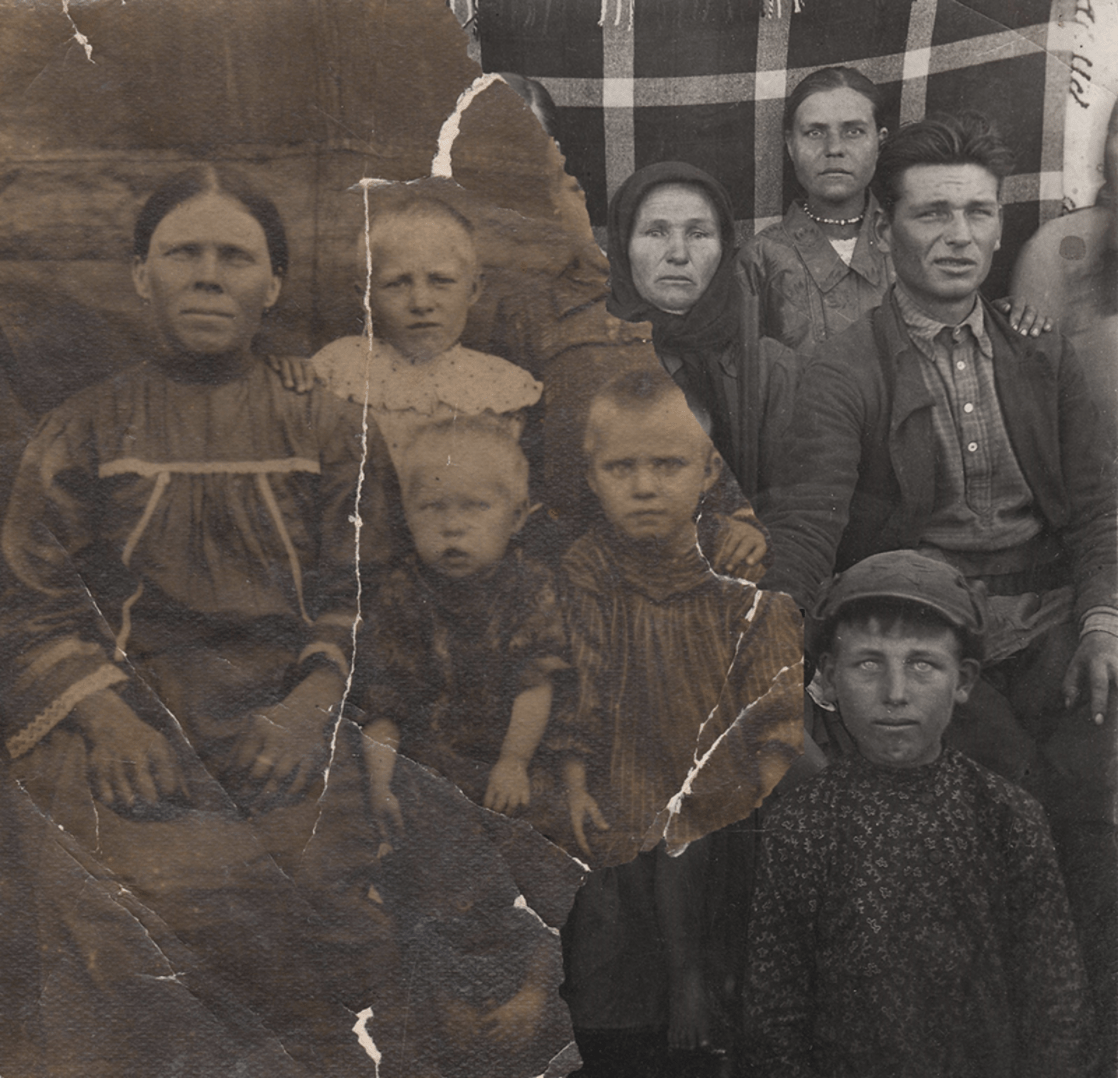 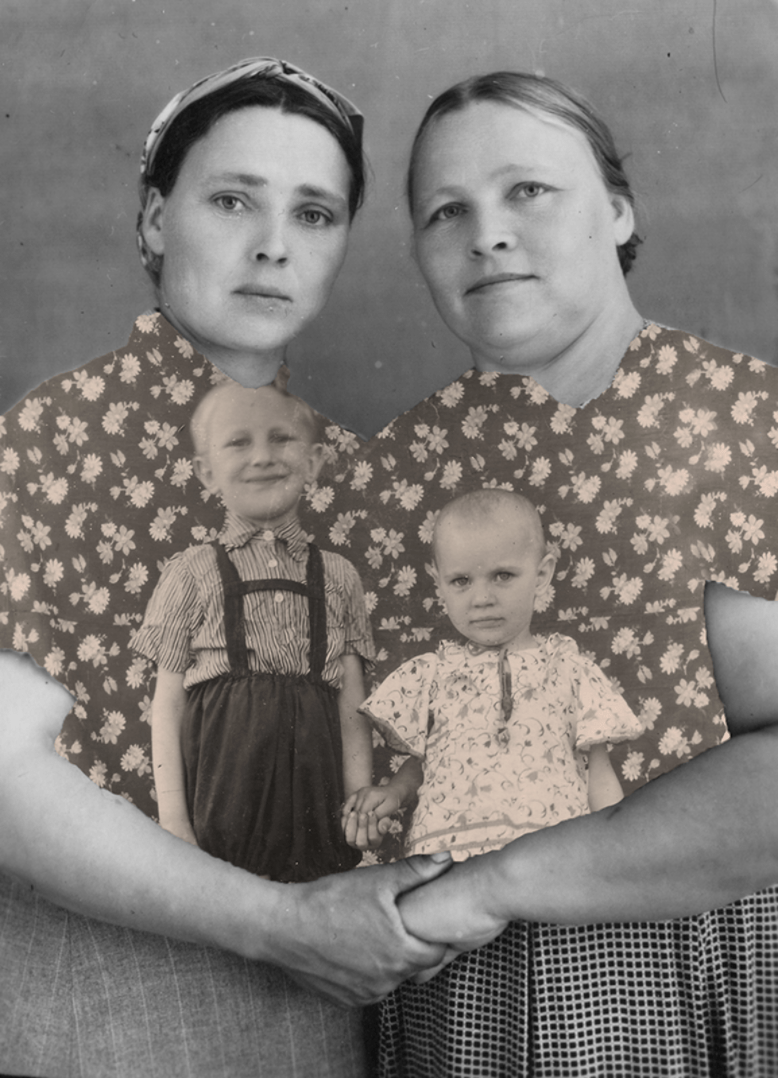 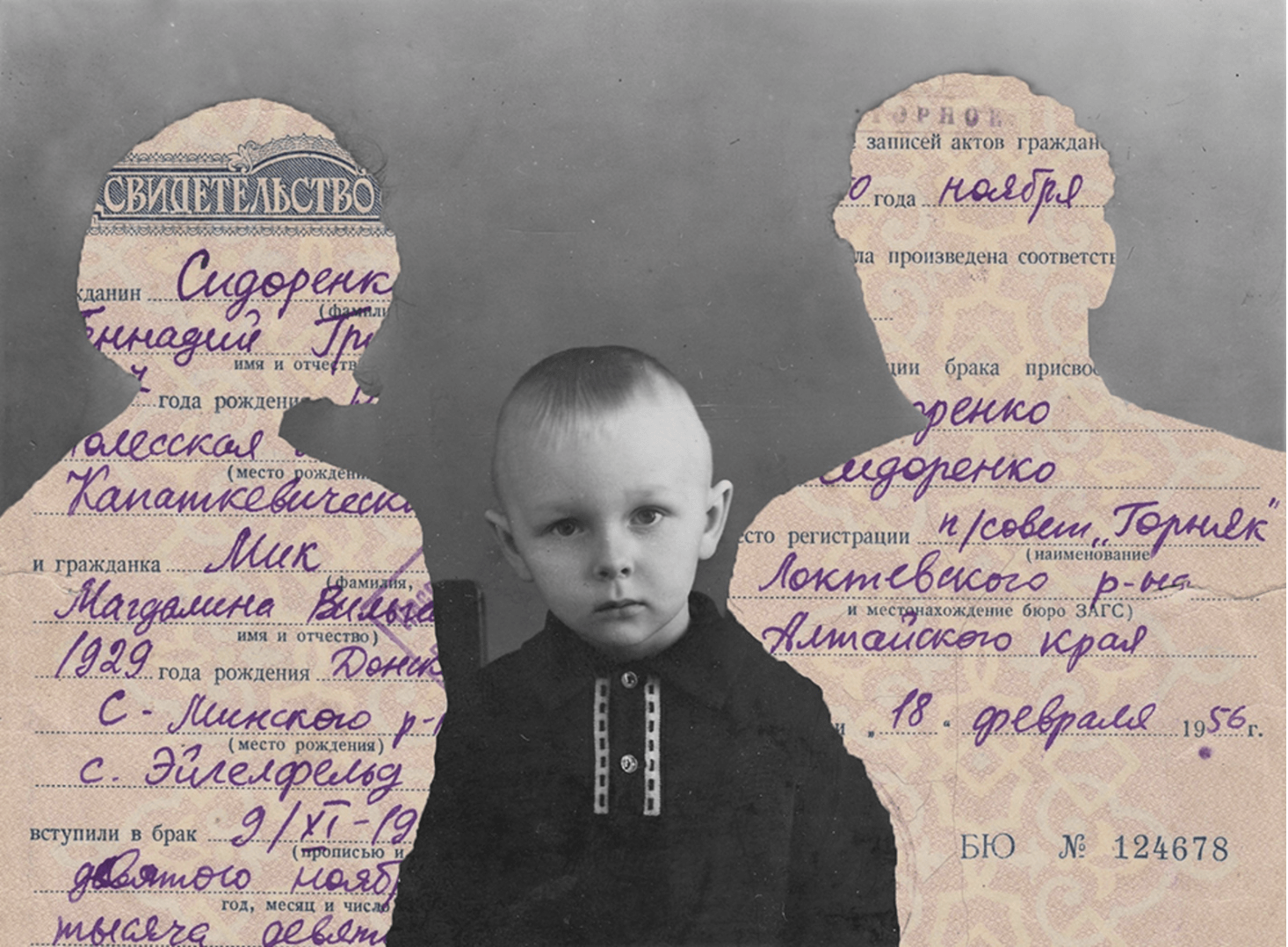 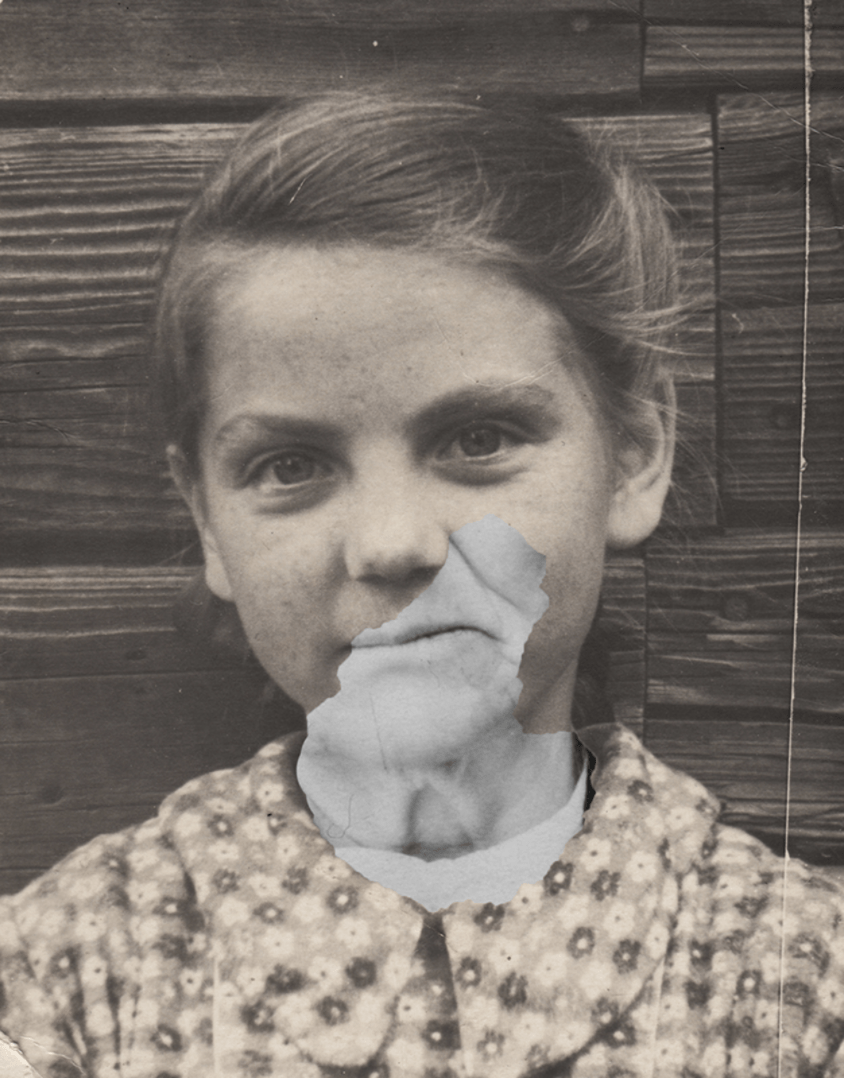 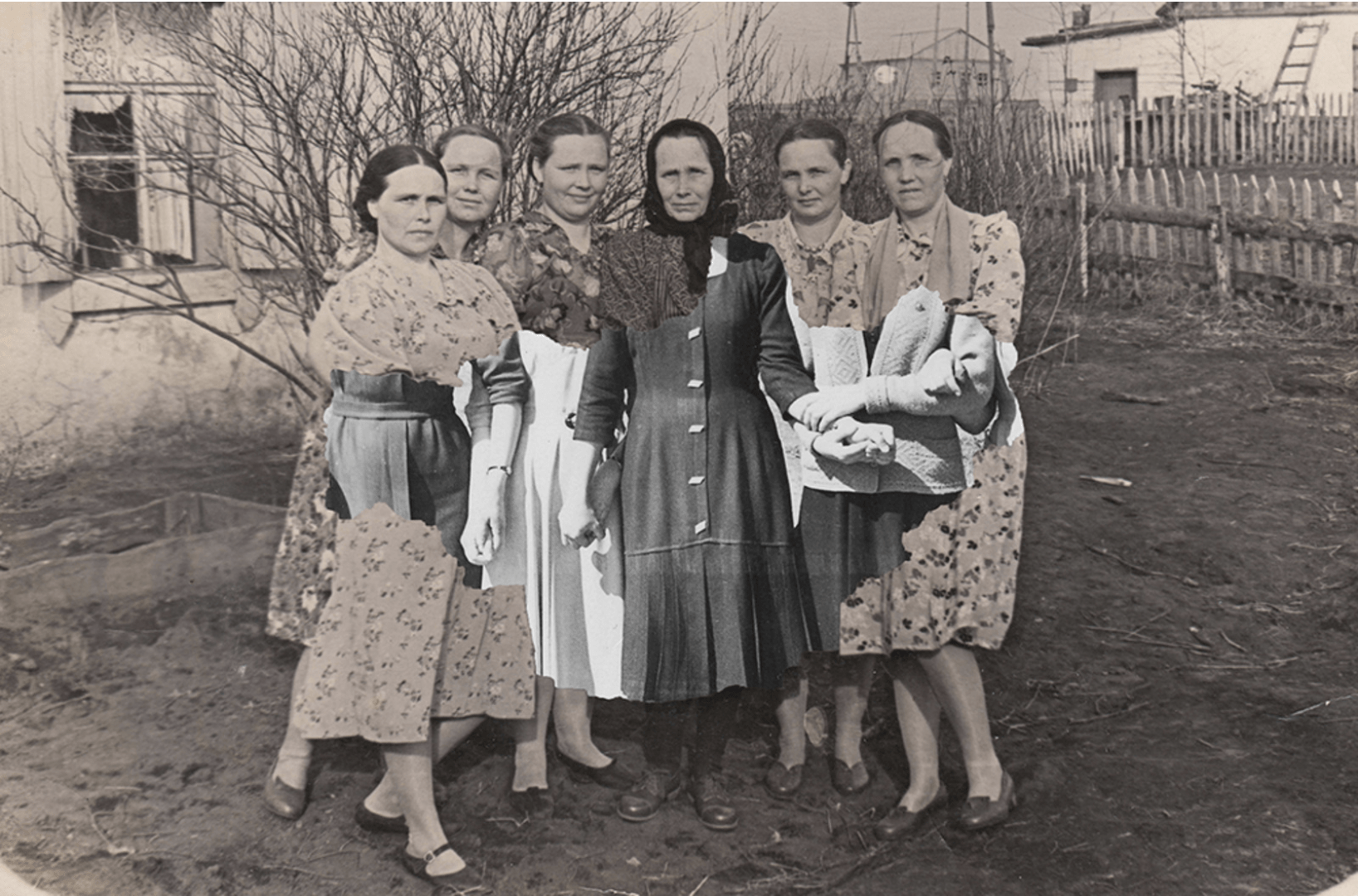 ROOTS OF THE HEART GROW TOGETHER

We usually preserve our memories through photographs, but photography can also serve to discover memories.

Going through the family archive, Valentin Sidorenko (b. 1995, Russia) met members of his family he had never had the occasion to meet beforehand, or whom he had known only for a short time. “This is the way I met my father who died when I was three. He was handsome and smiling on all the photos, he also had a broken nose. My father’s image began to form; I developed an attitude towards him”.

The same happened with the images of his grandfather. Known as a strict and morose man, in the pictures Sidorenko discovered another side of him: a merry fellow, the life of the party. Going from one photo to another, Sidorenko not only manipulates and alters the images, but also the dates, names, wishes, thoughts written on the back of many of them. The result is a collage series where the combination of two pictures gives birth to a new image that symbolises the meeting of generations.

“It occurred to me that family is formed not only of the people you spend your childhood with but also owing to memory that can generate ties across the time, hence break boundaries.”