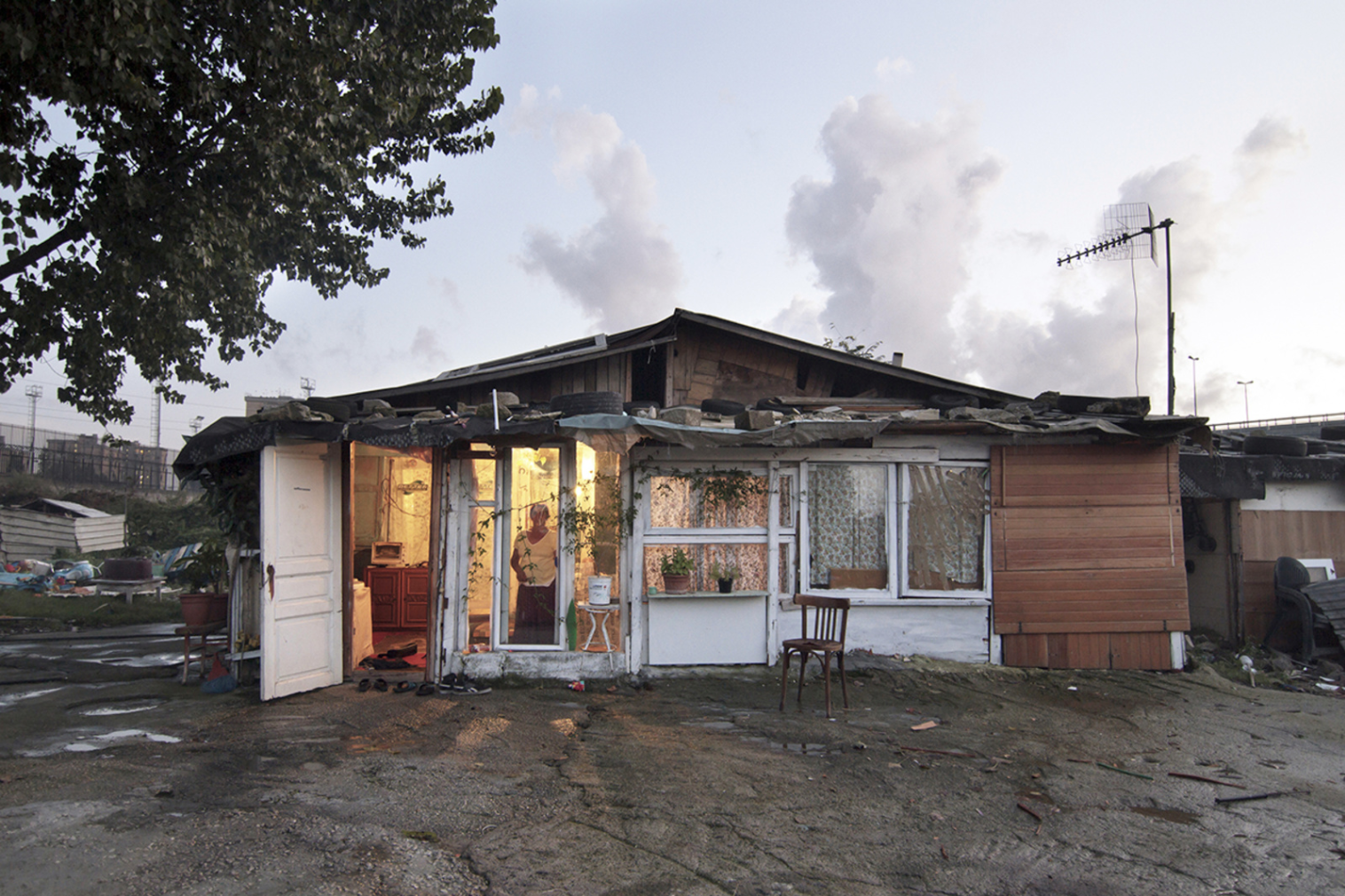 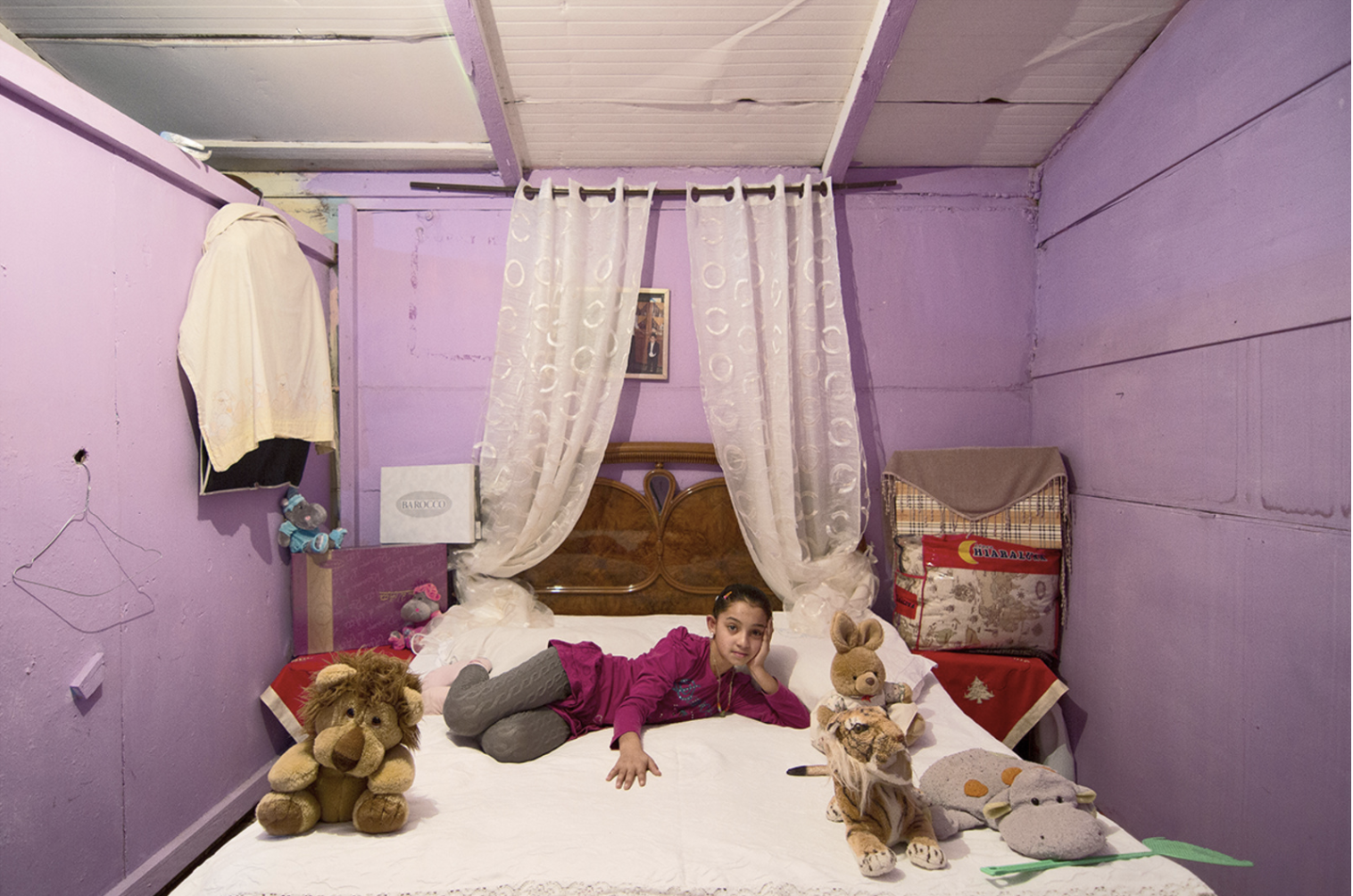 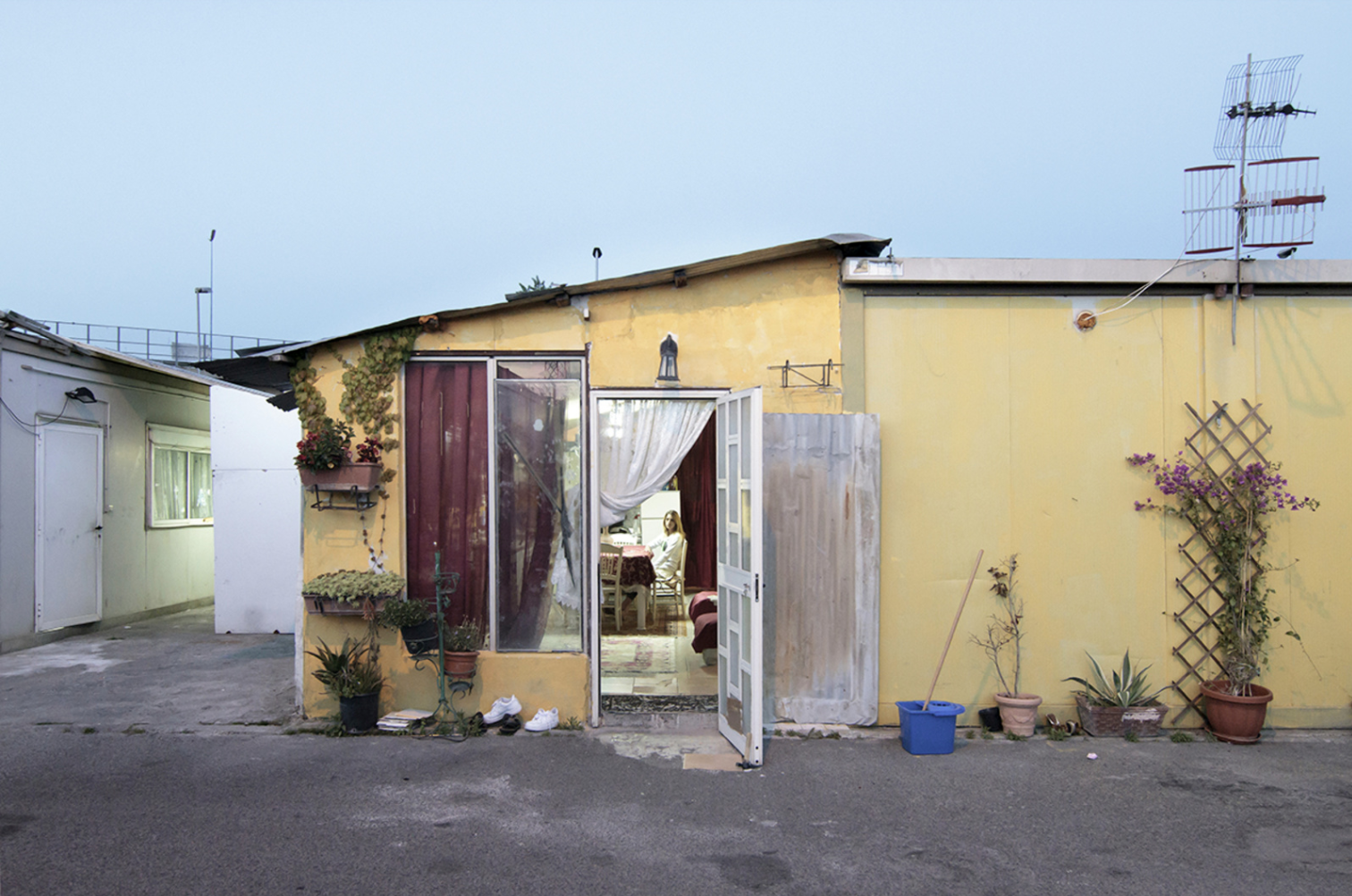 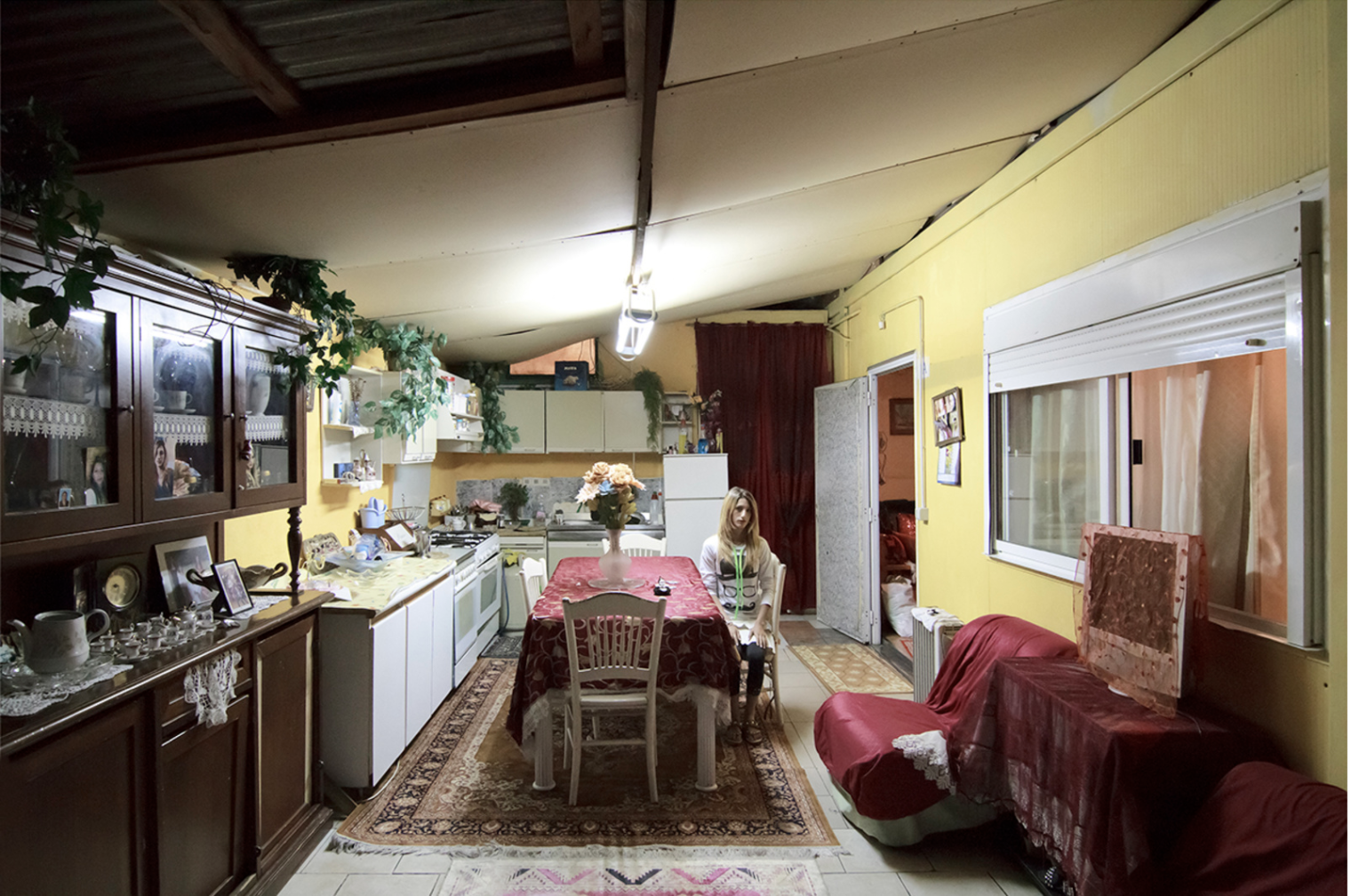 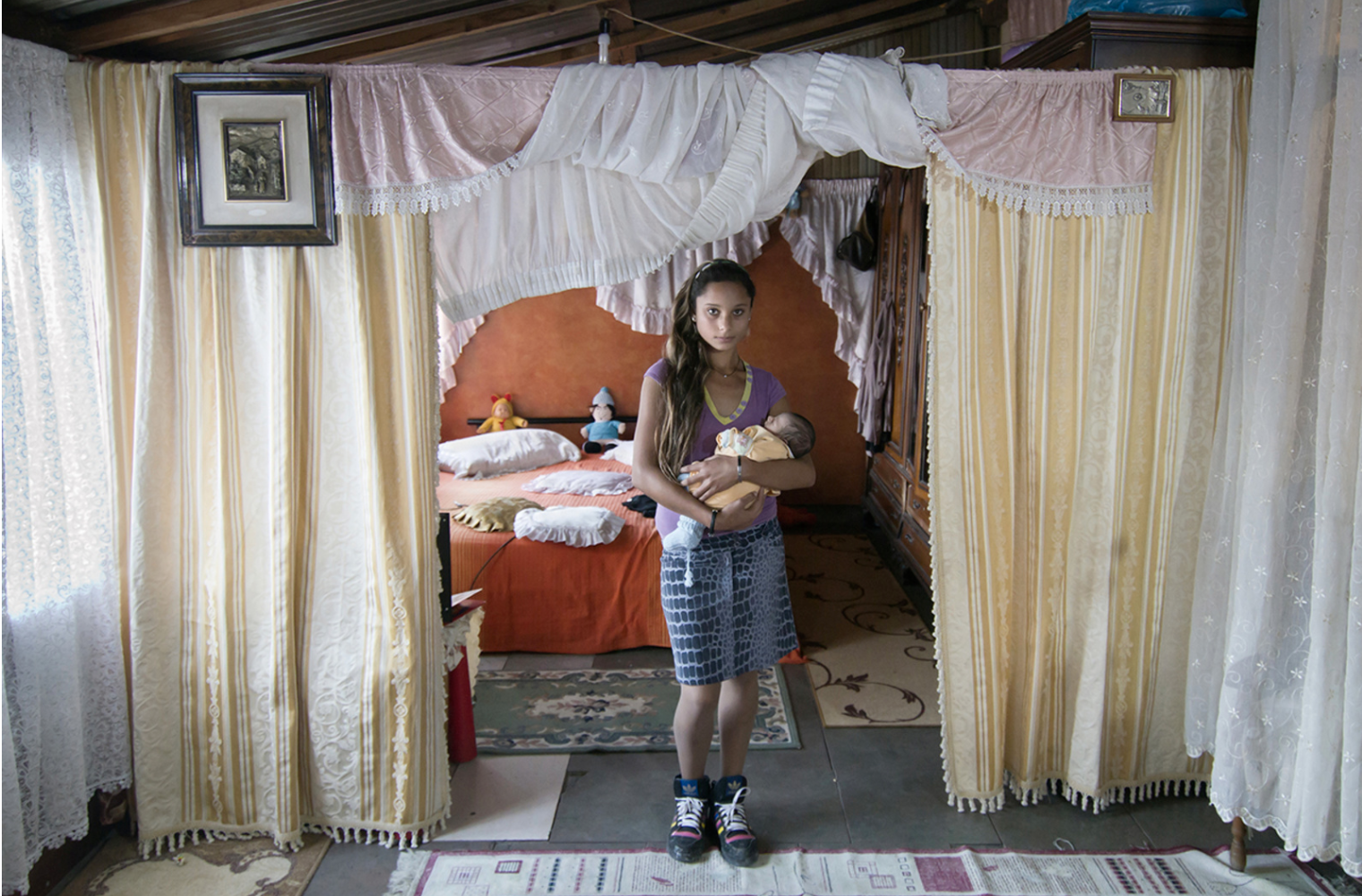 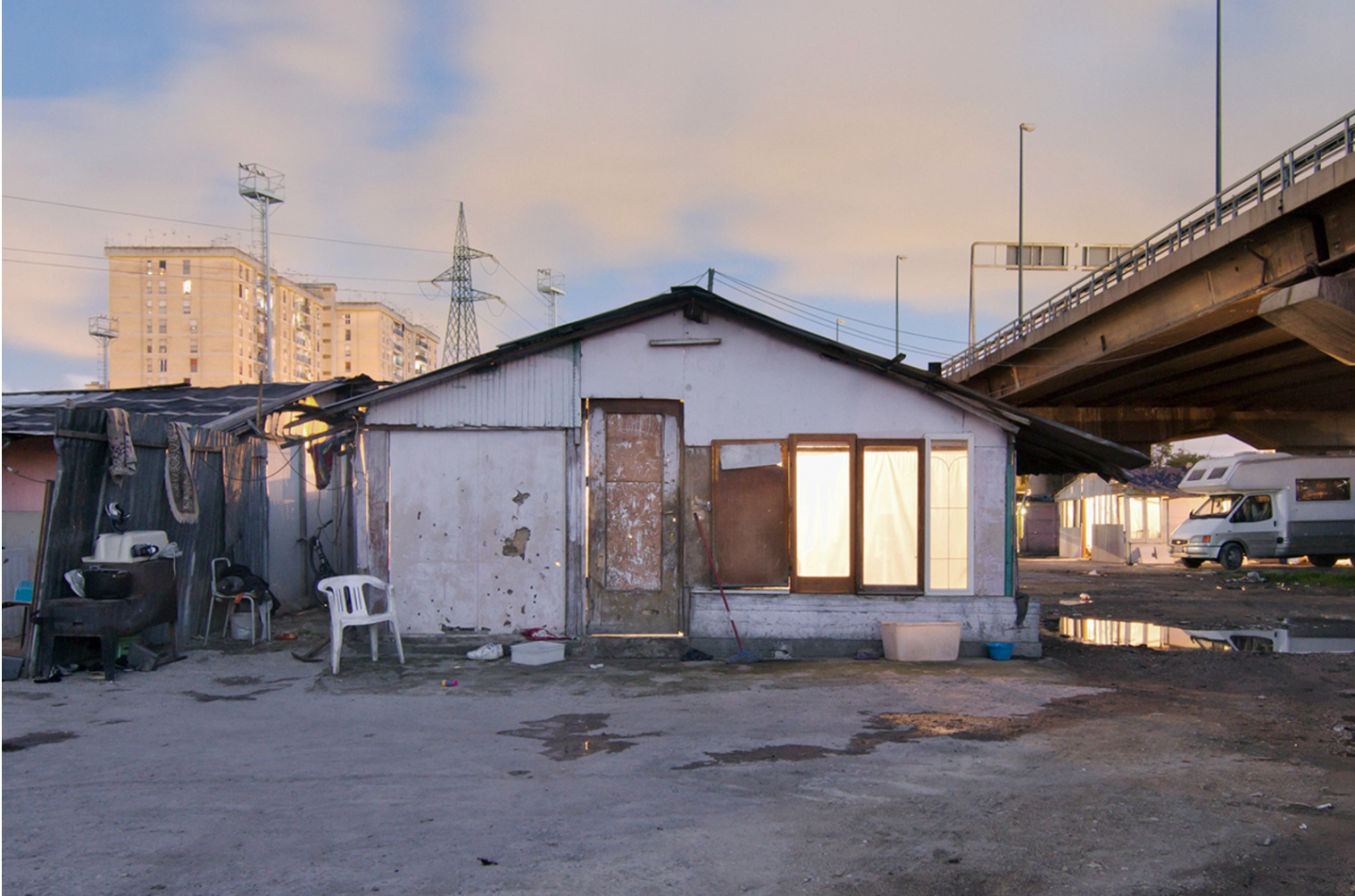 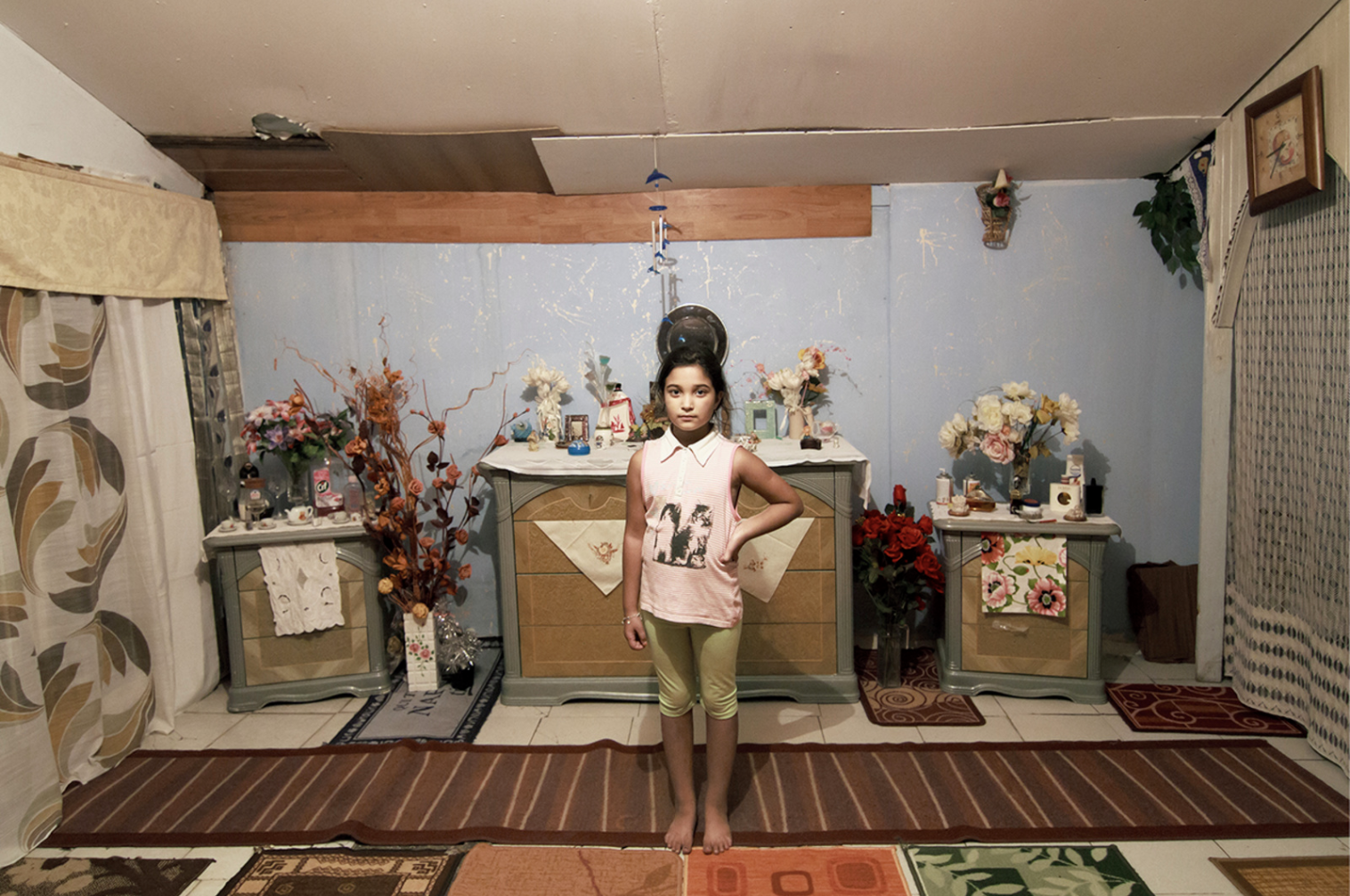 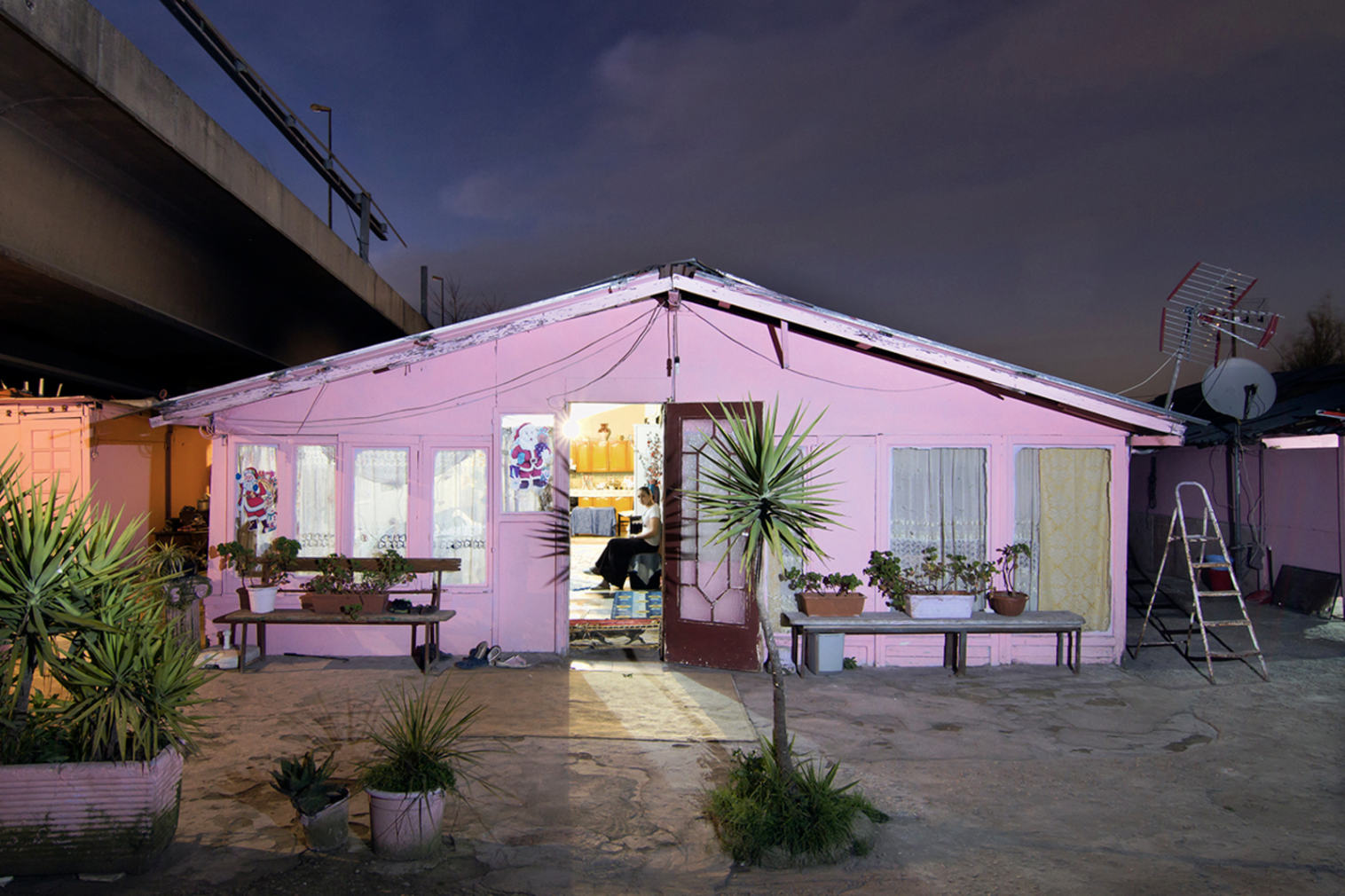 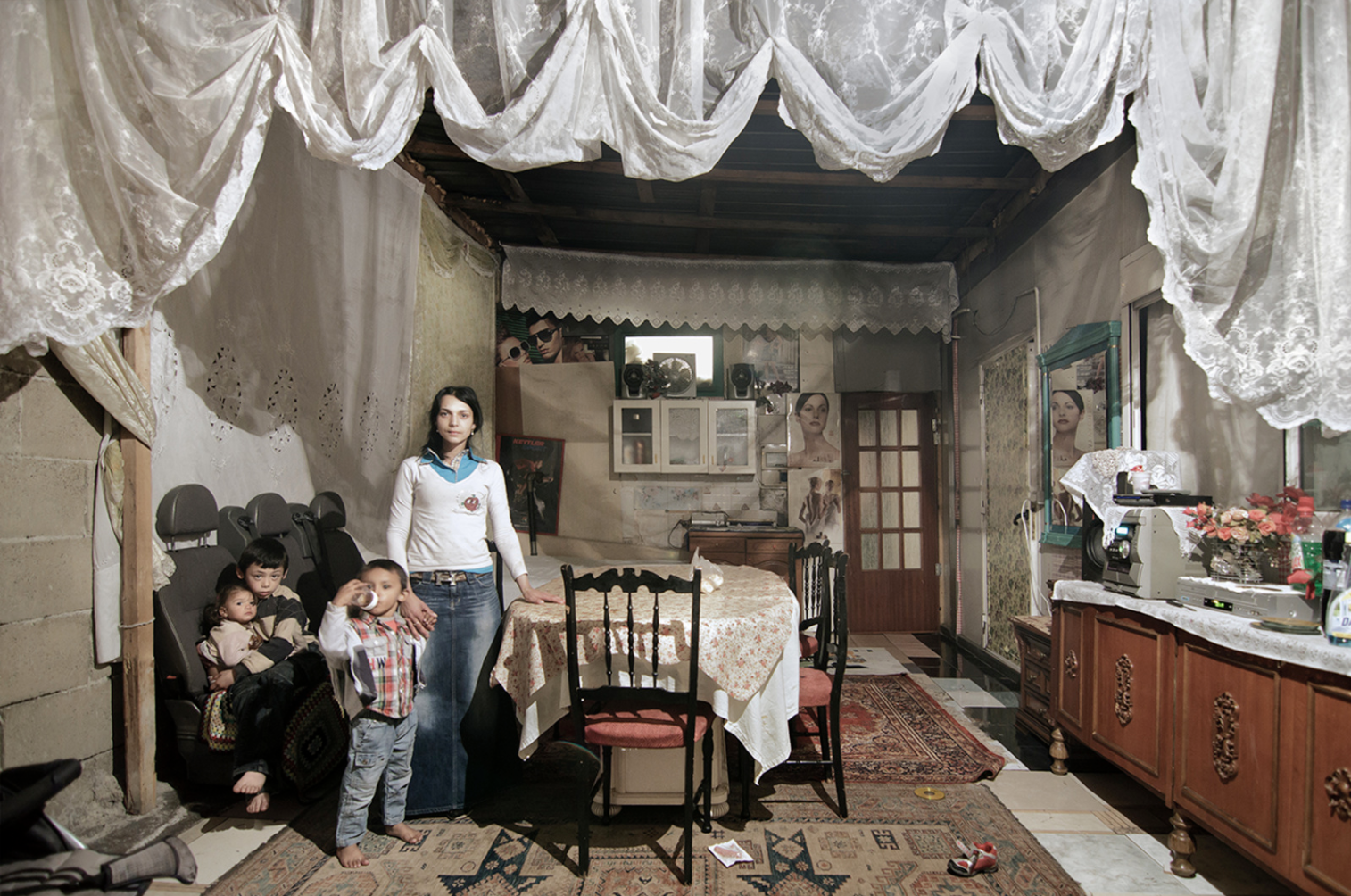 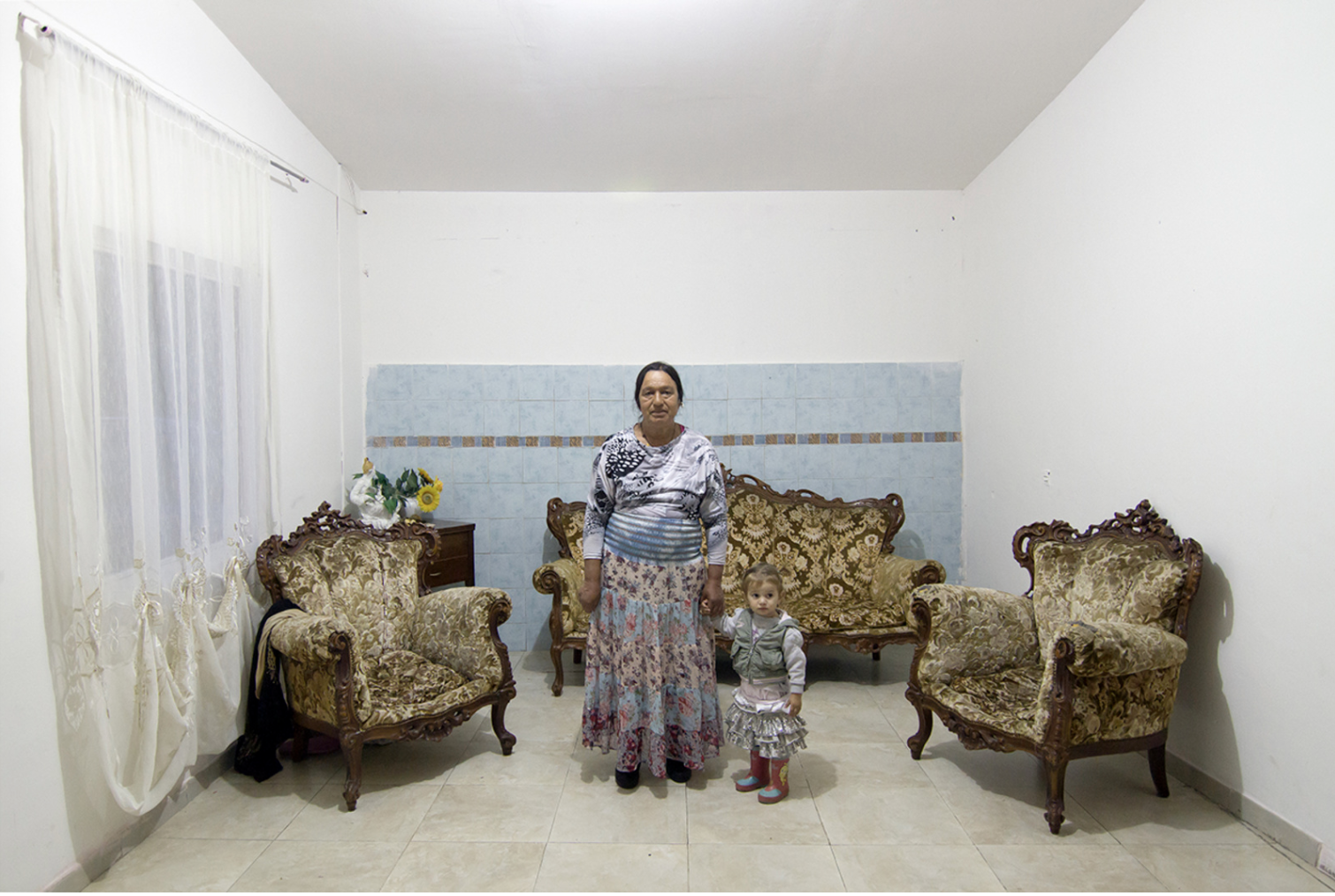 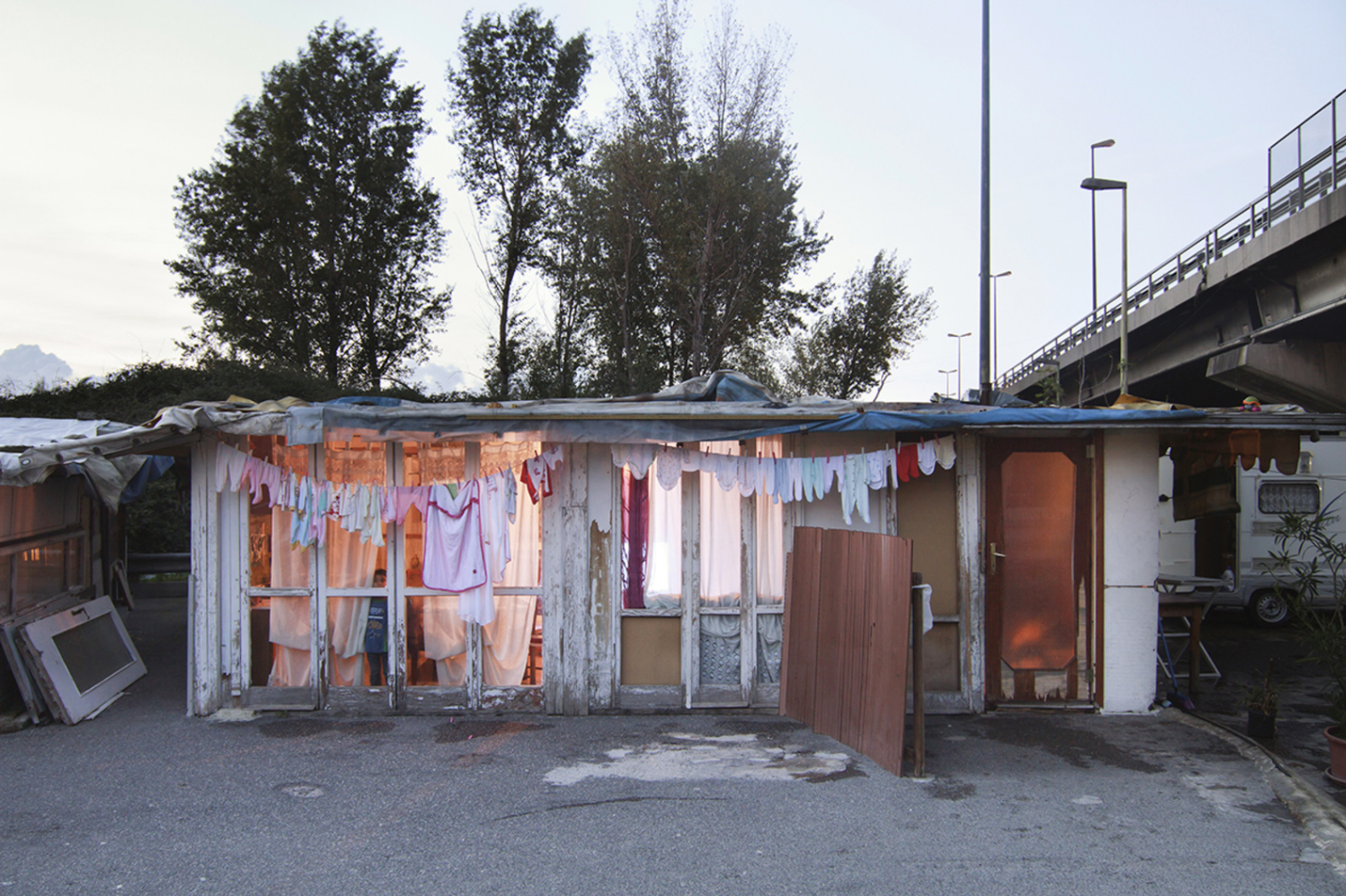 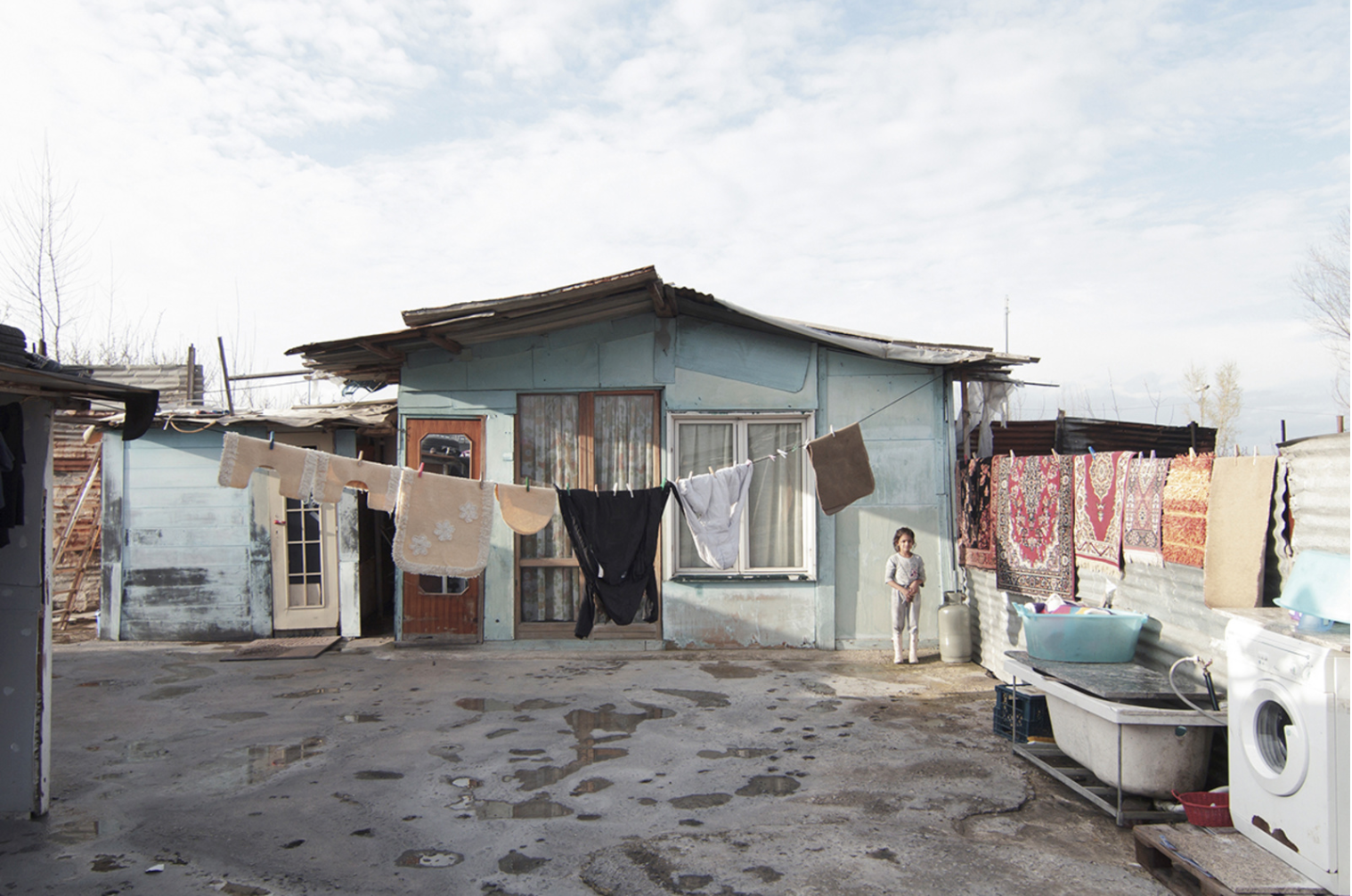 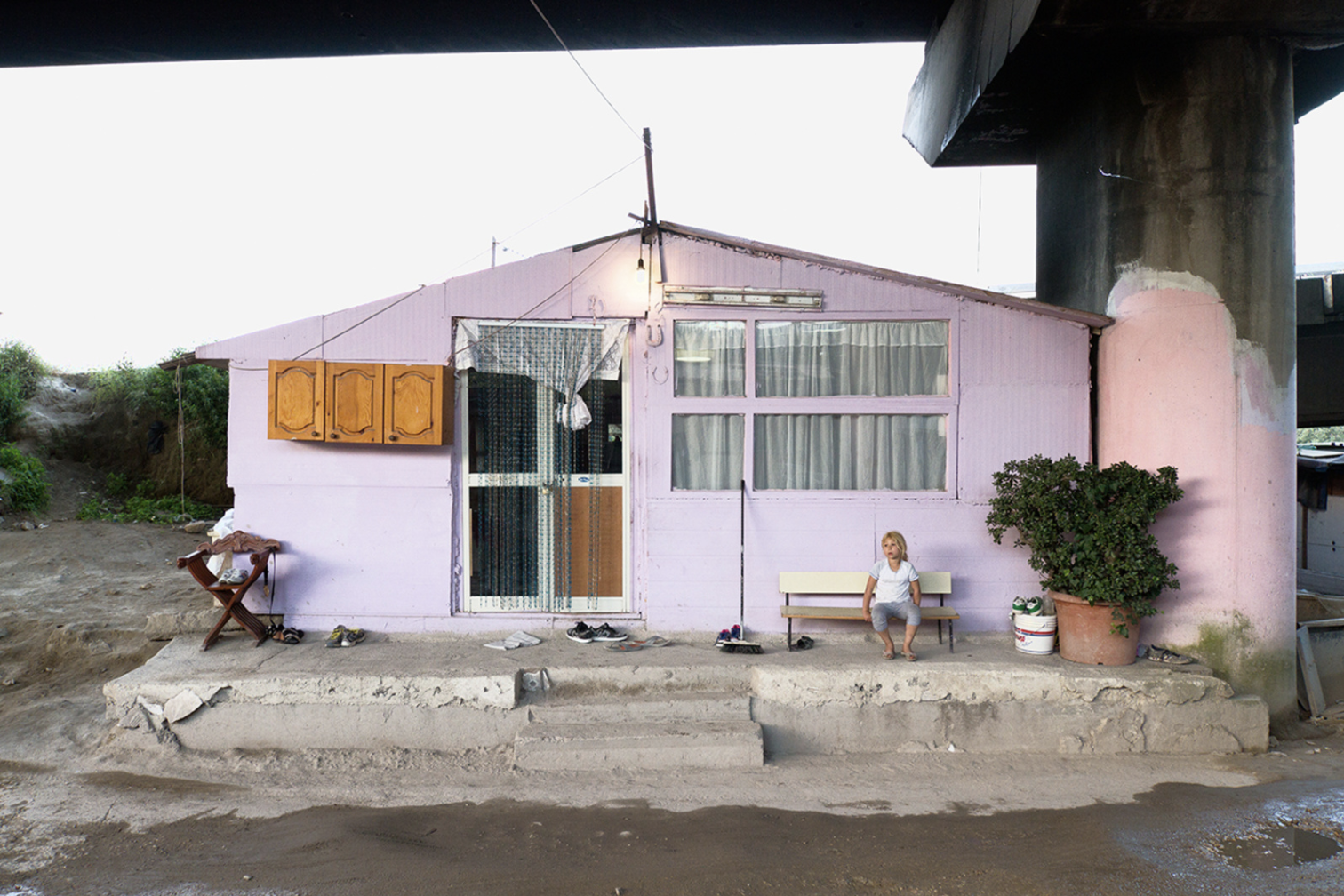 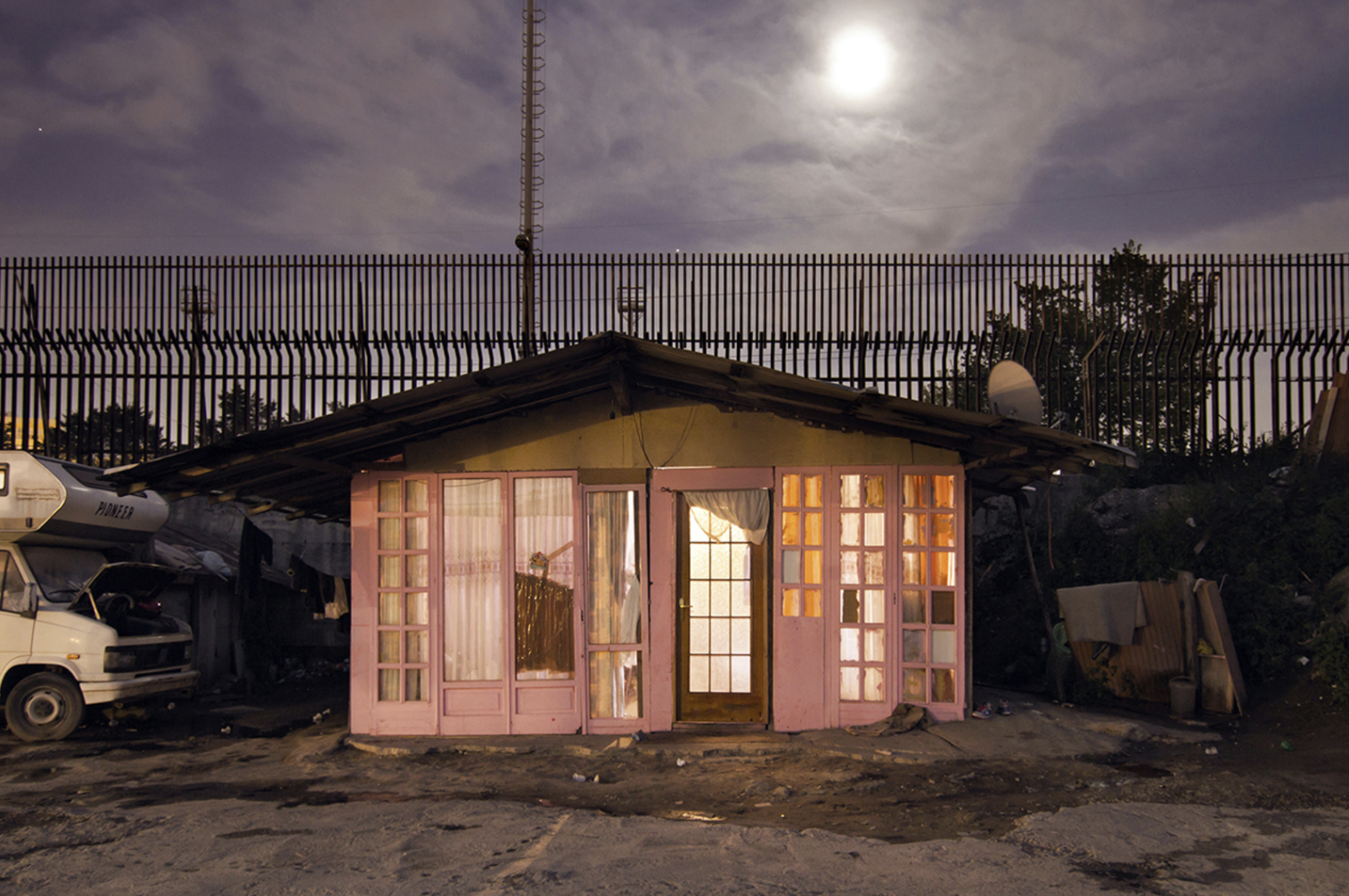 At the outskirts of Naples, Italy, in the neighbourhoods of Scampia and Secondigliano, there are the camps of Via Circumvallazione Esterna and Via Cupa Perillo. One was established in 2000 by municipal decree and one is unauthorized. The camps were intended to be temporary, housing more than a thousand displaced Roma from Serbia and Montenegro, who arrived to Italy during the Yugoslav Wars in the ‘90s. They took up residence in the irregular, makeshift settlements, and then, unexpectedly, began to grow roots.

Italian photographer Vincenzo Pagliuca (b. 1980) portrays life in the camps today, with a focus on the structures, and women and children who reside there. Without focusing on or fetishizing their poverty, his work shows a reverence for these women and for their ingenuity in building homes for their children without a formal income or institutional support. Here, through mismatched carpets and improvised windowpanes, he presents the sense of homeliness they’ve built over the years, finding domesticity even in spaces that were meant to be temporary.