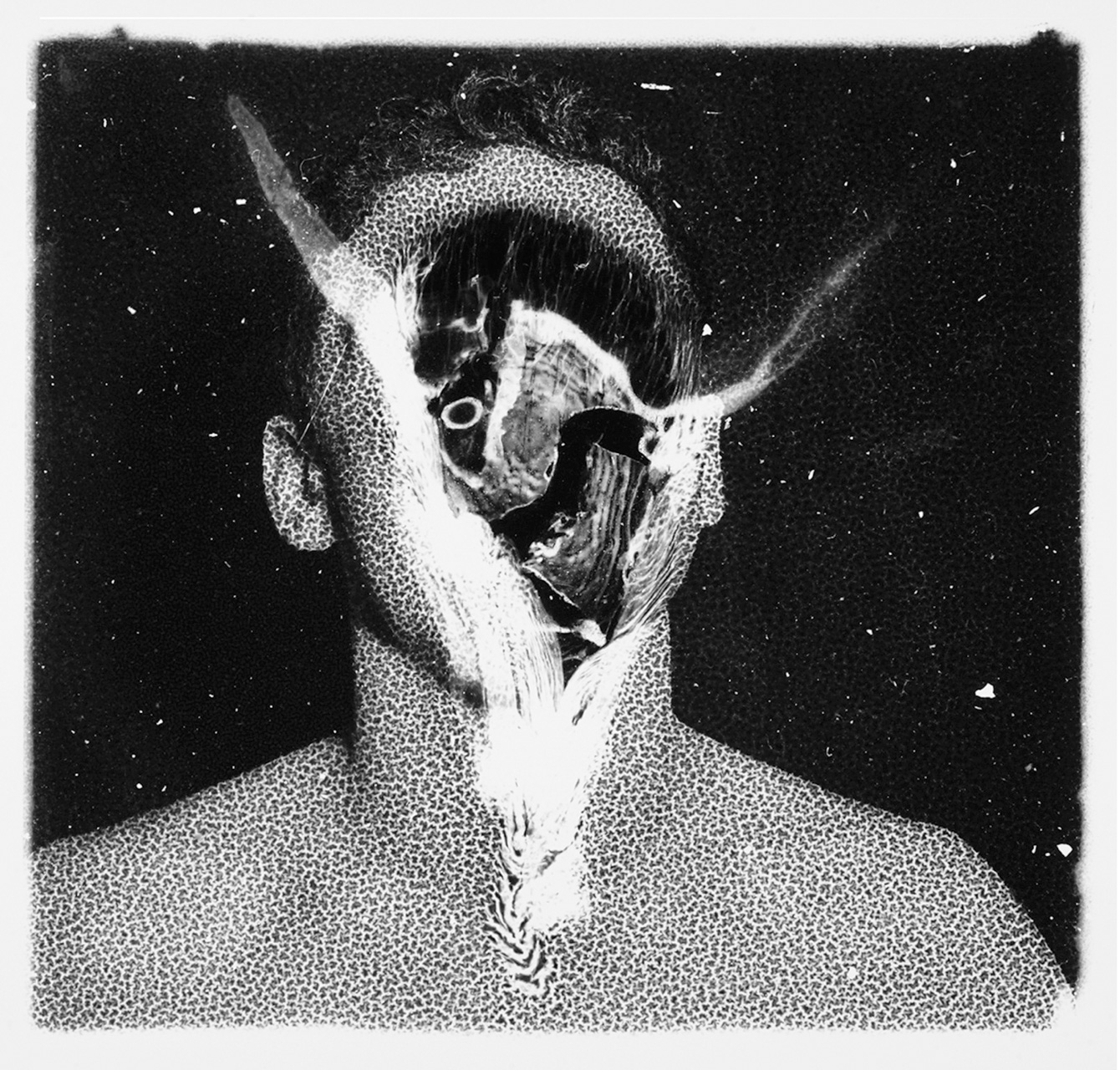 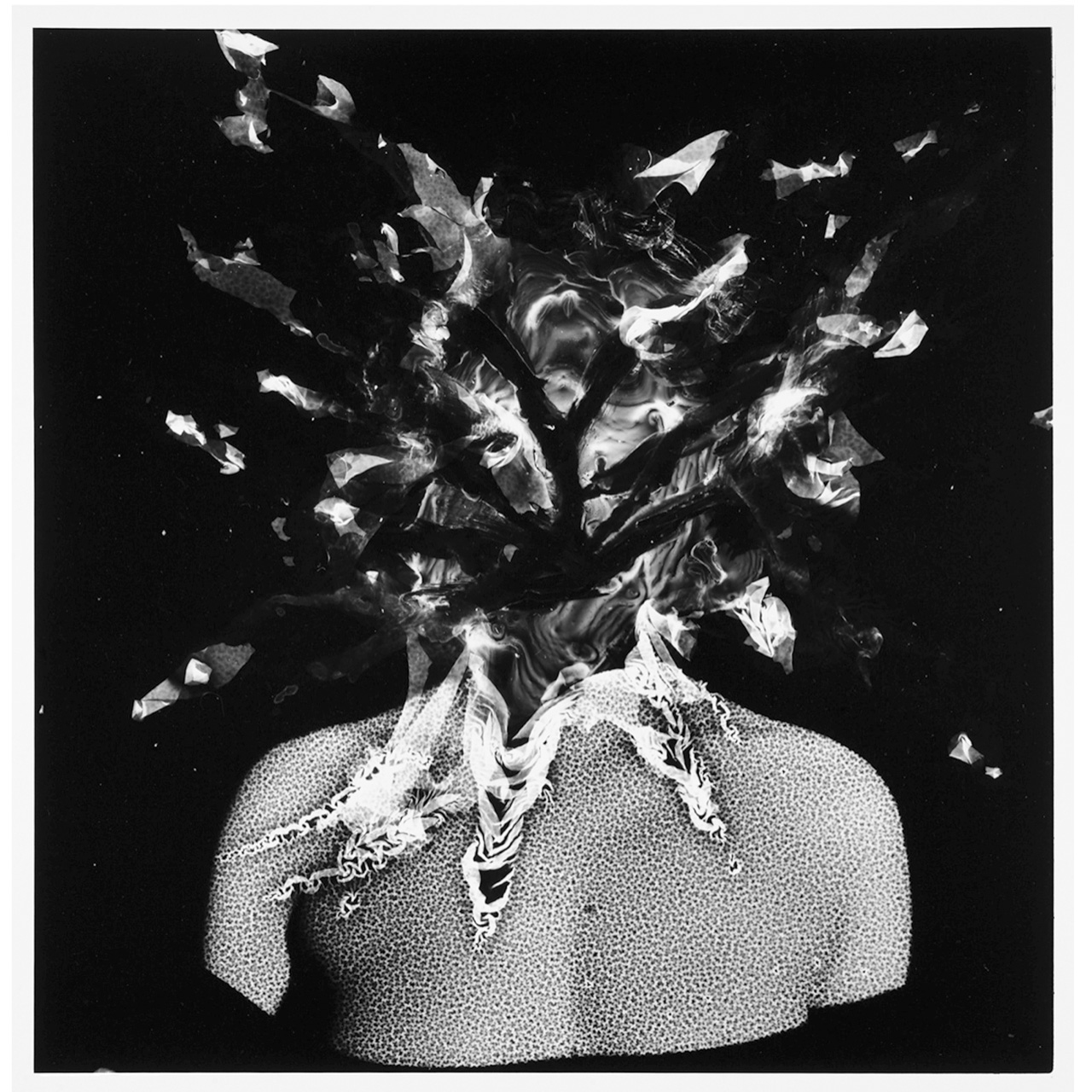 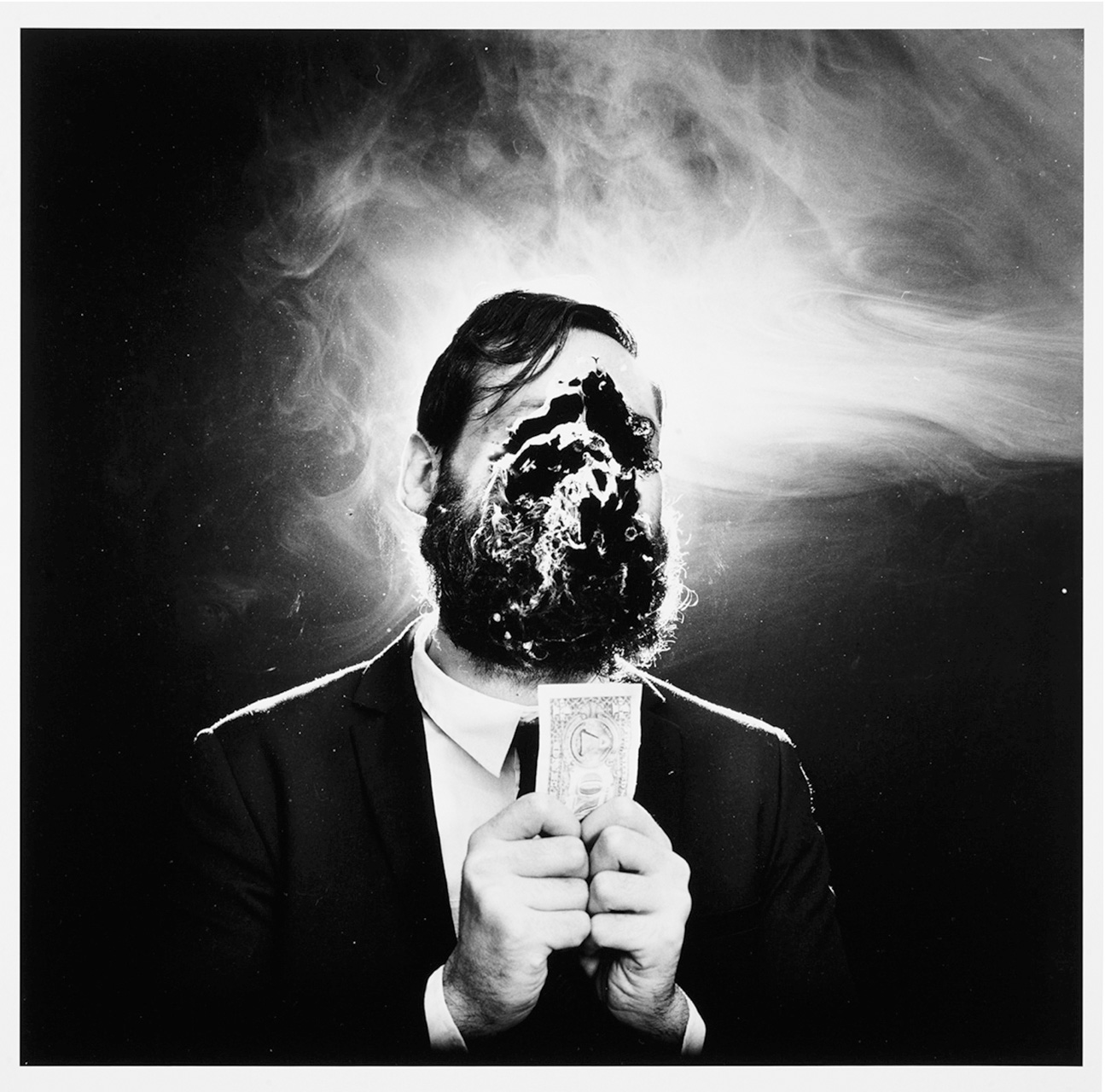 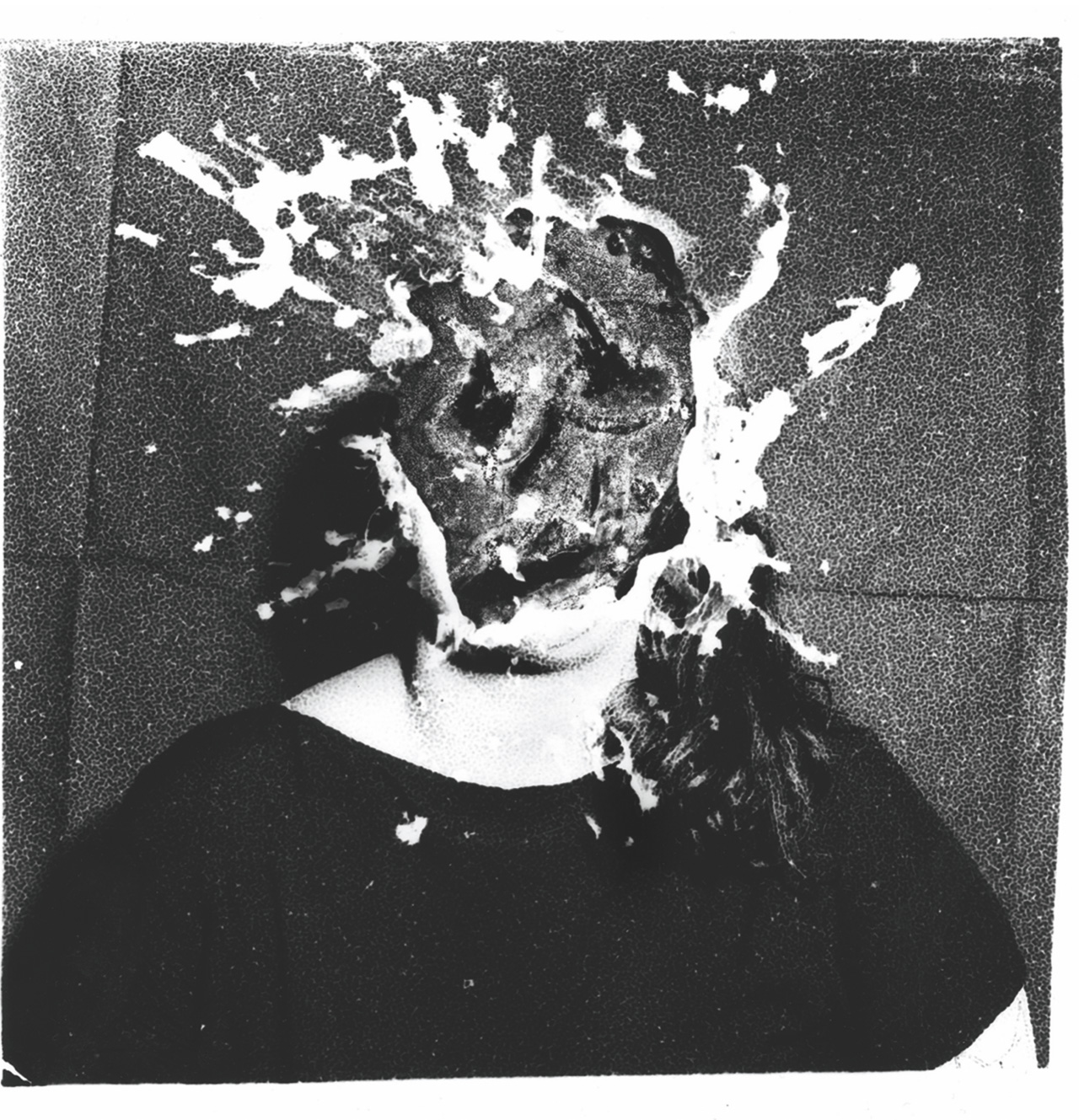 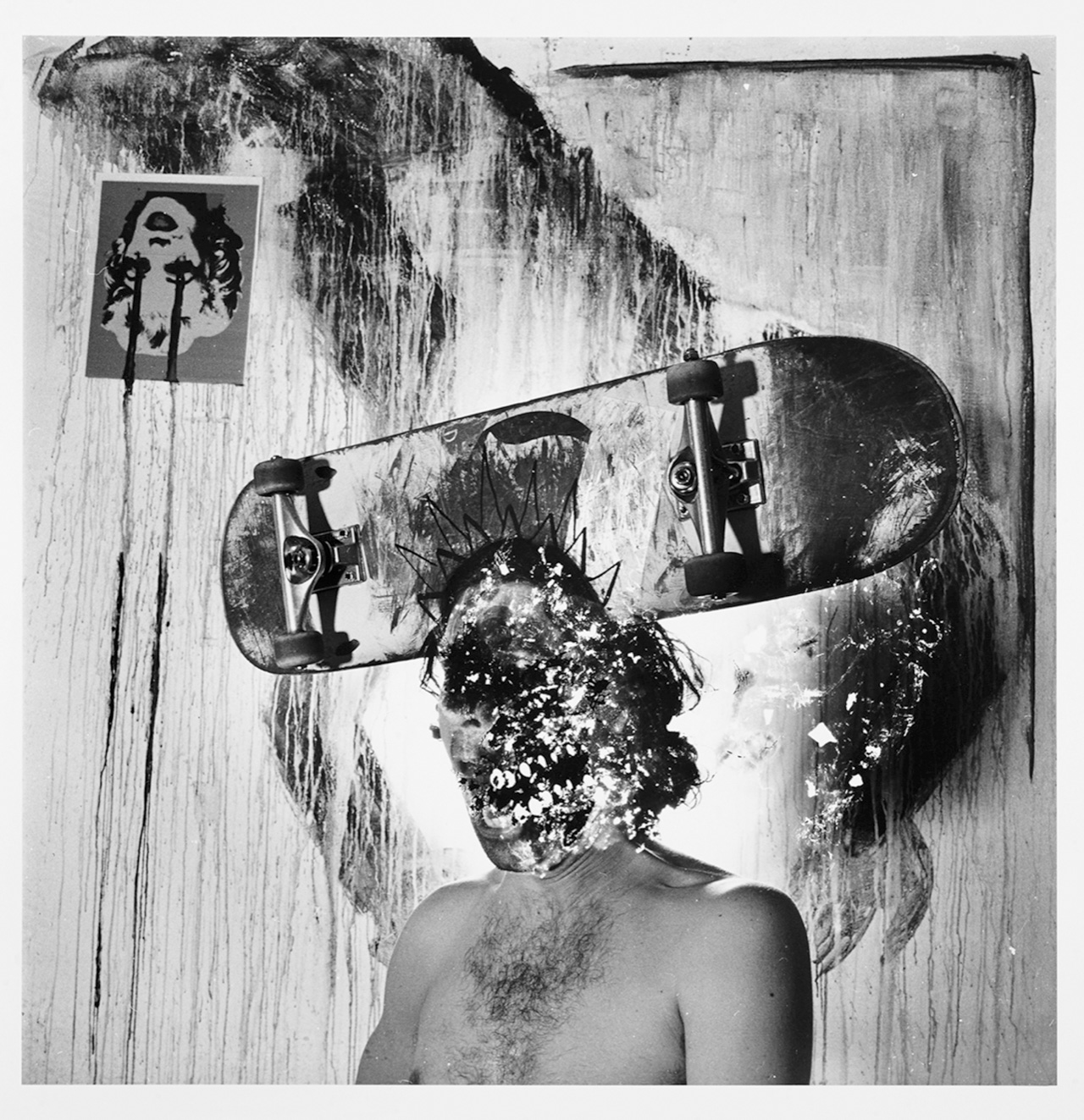 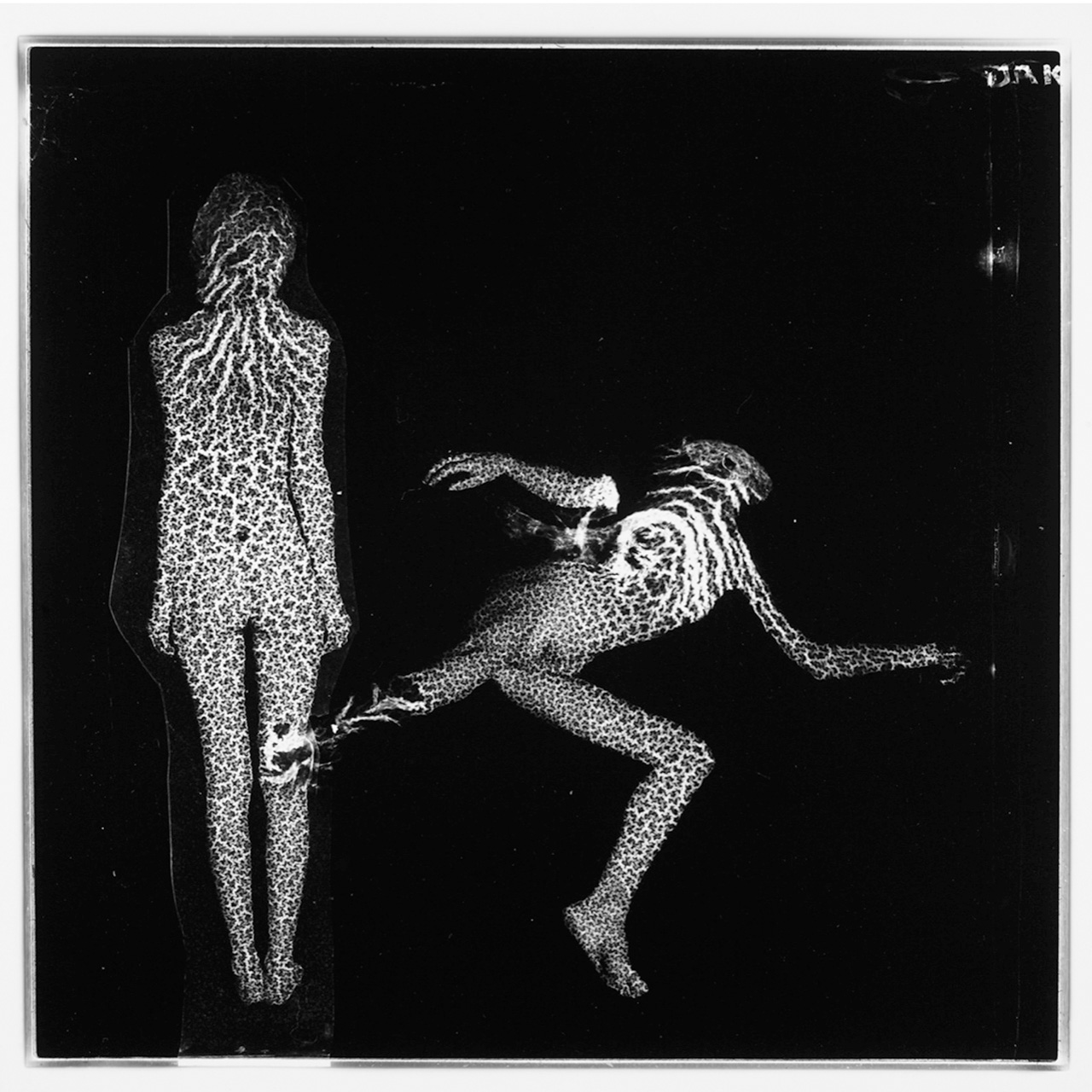 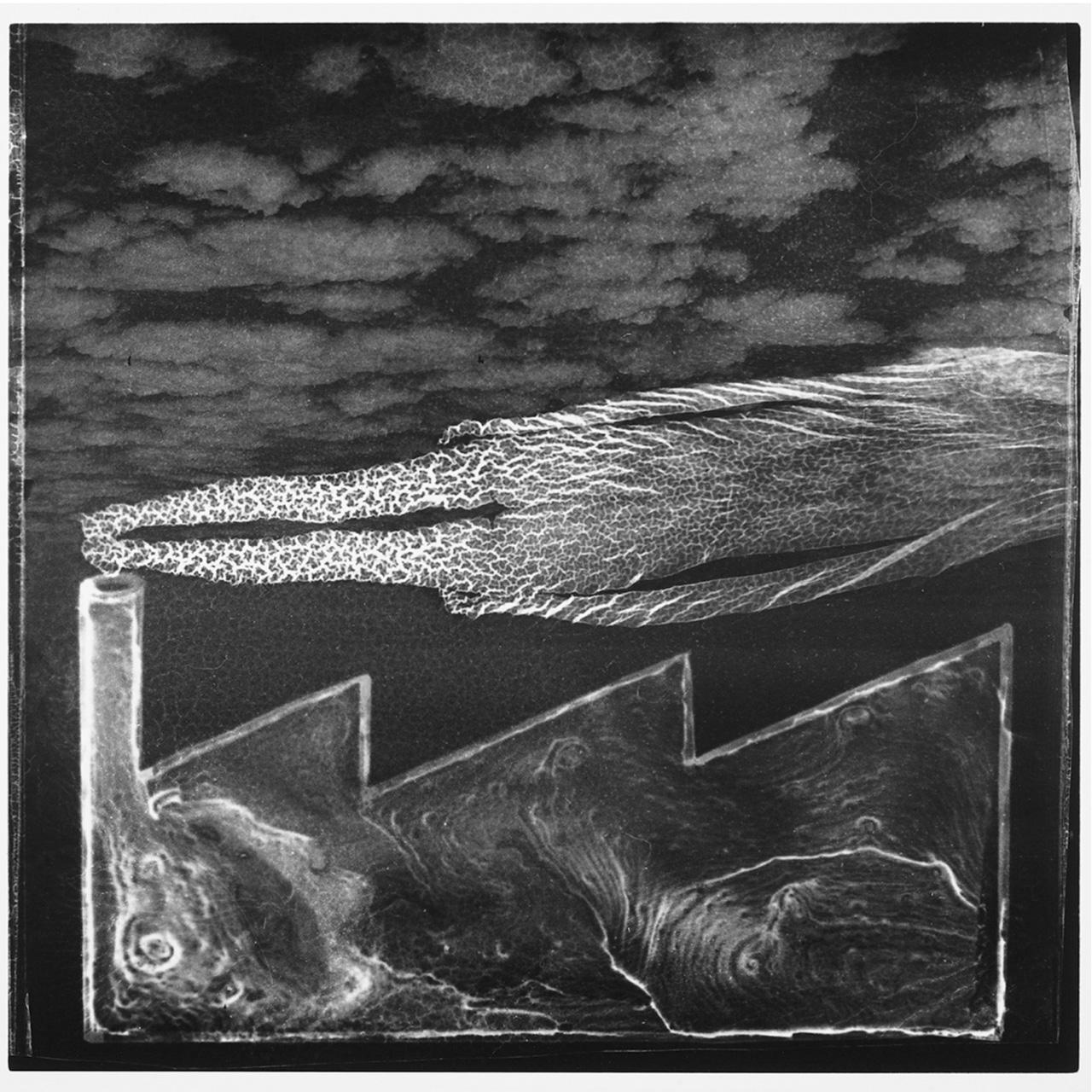 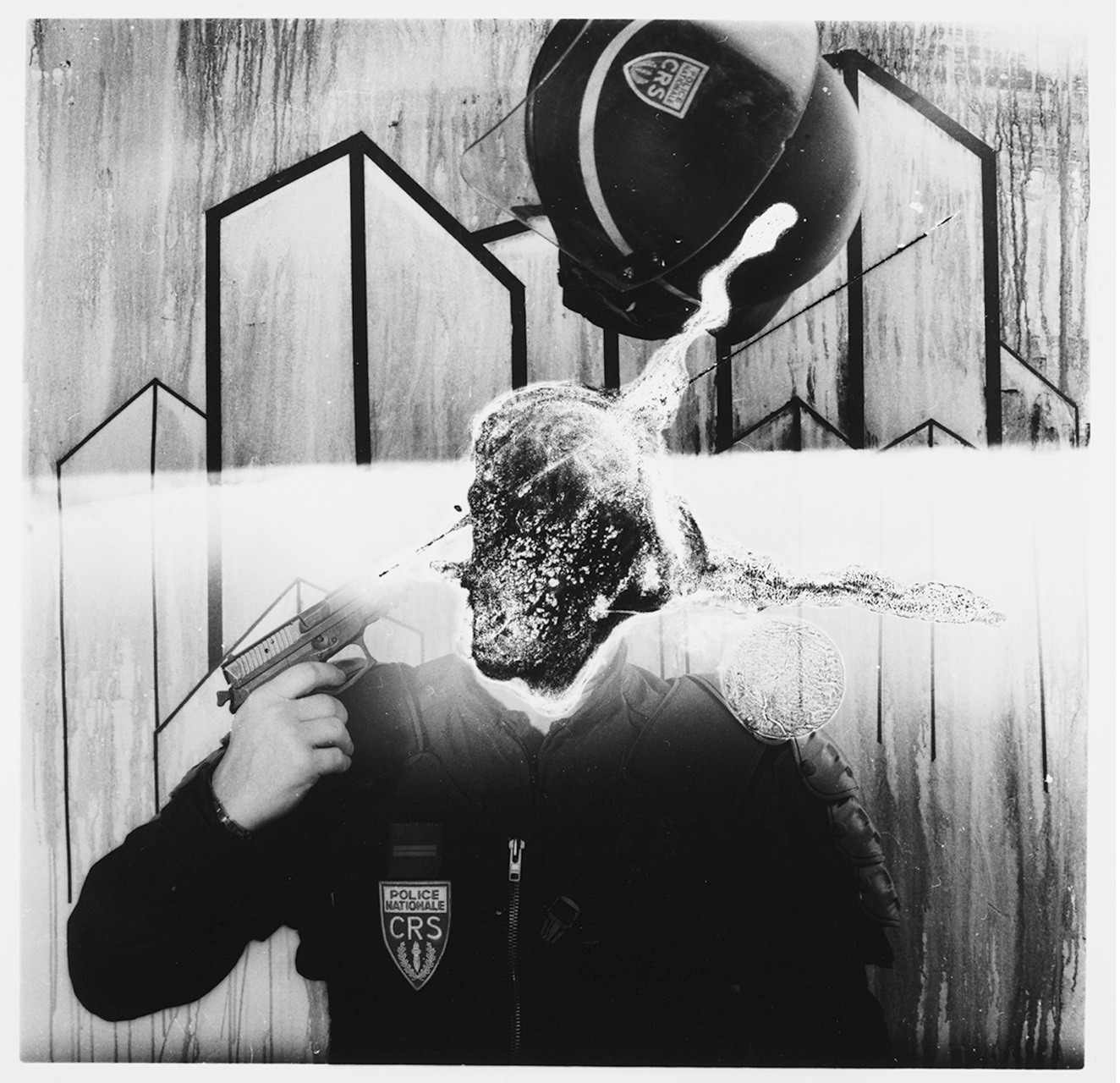 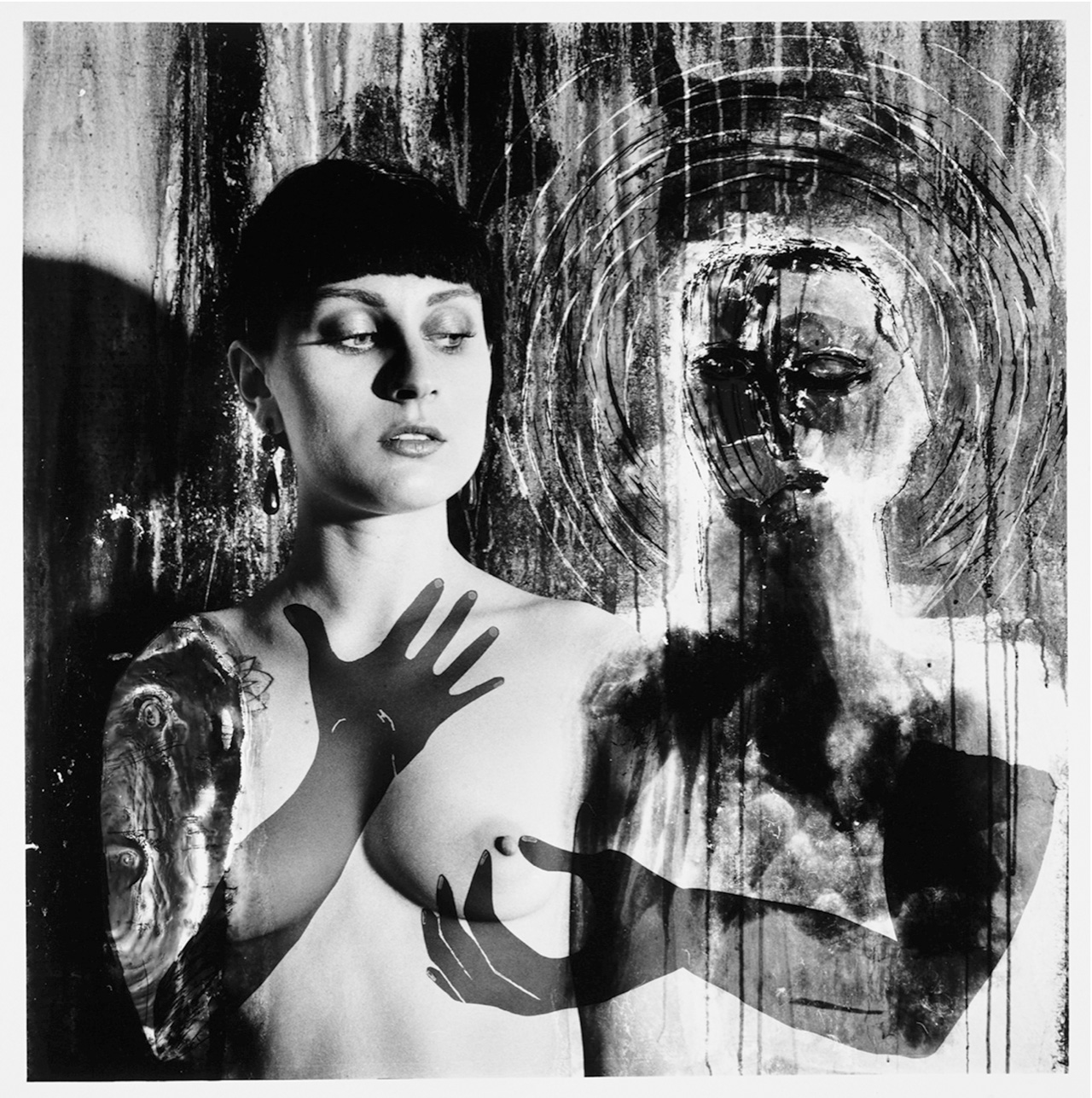 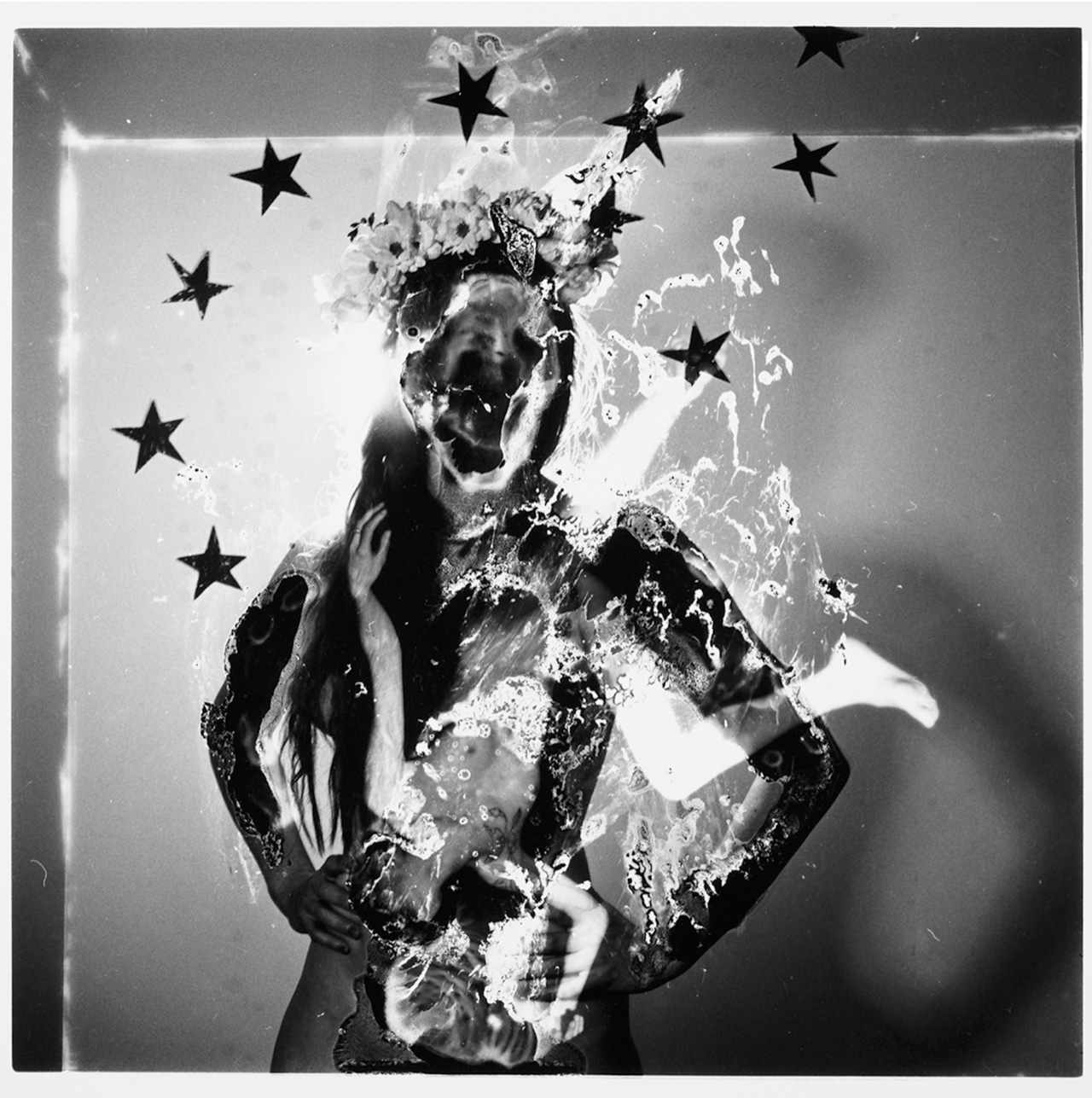 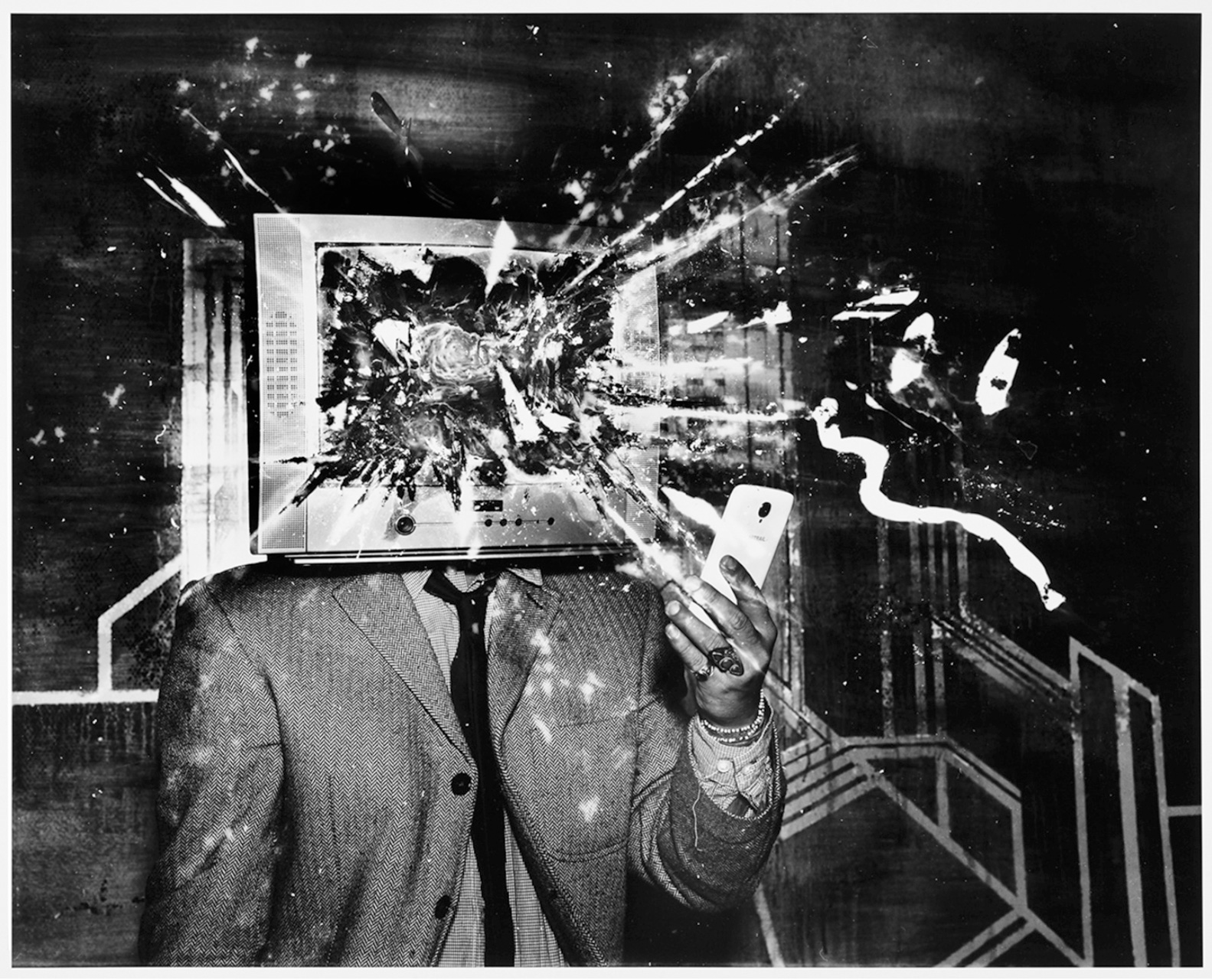 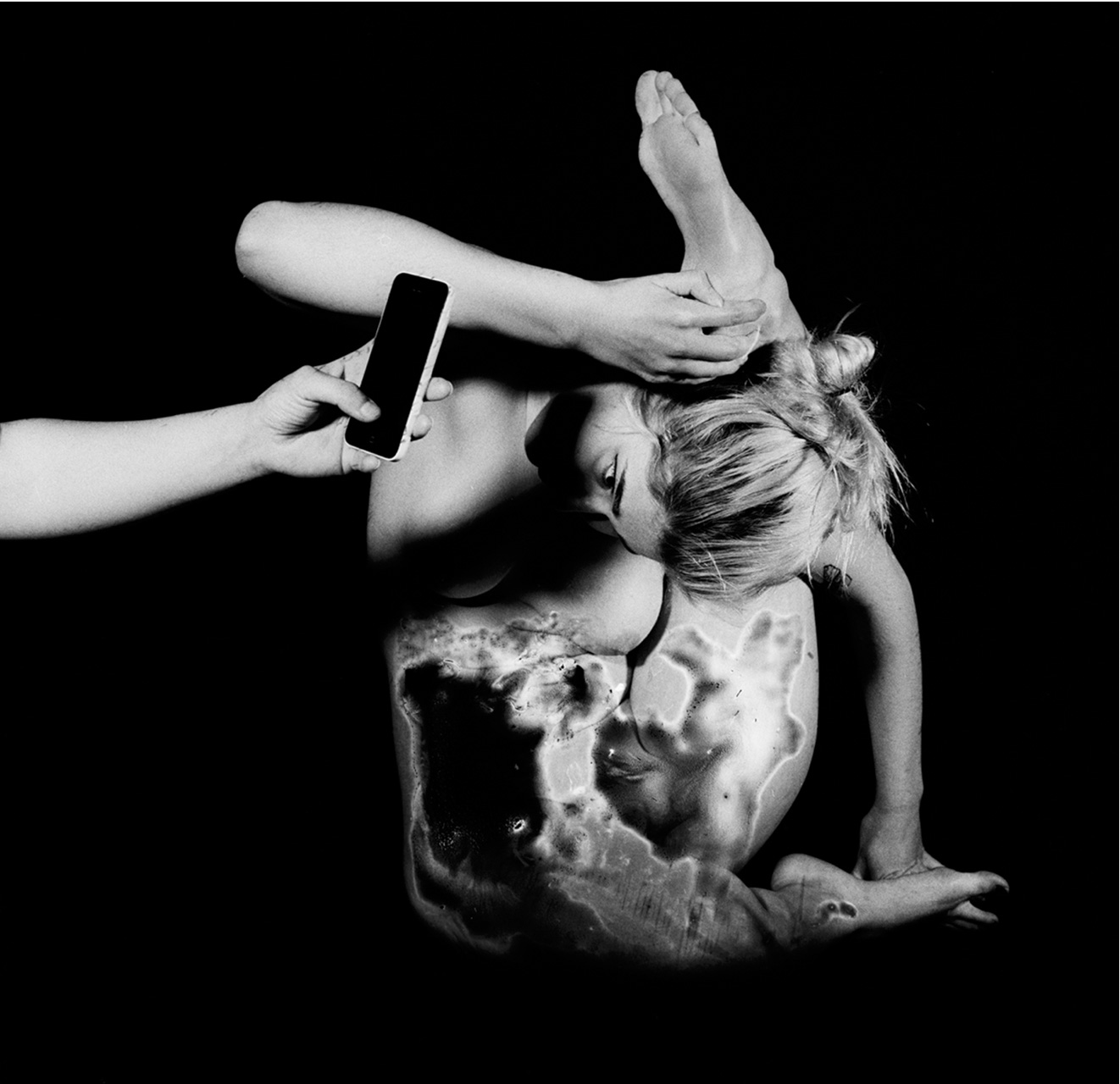 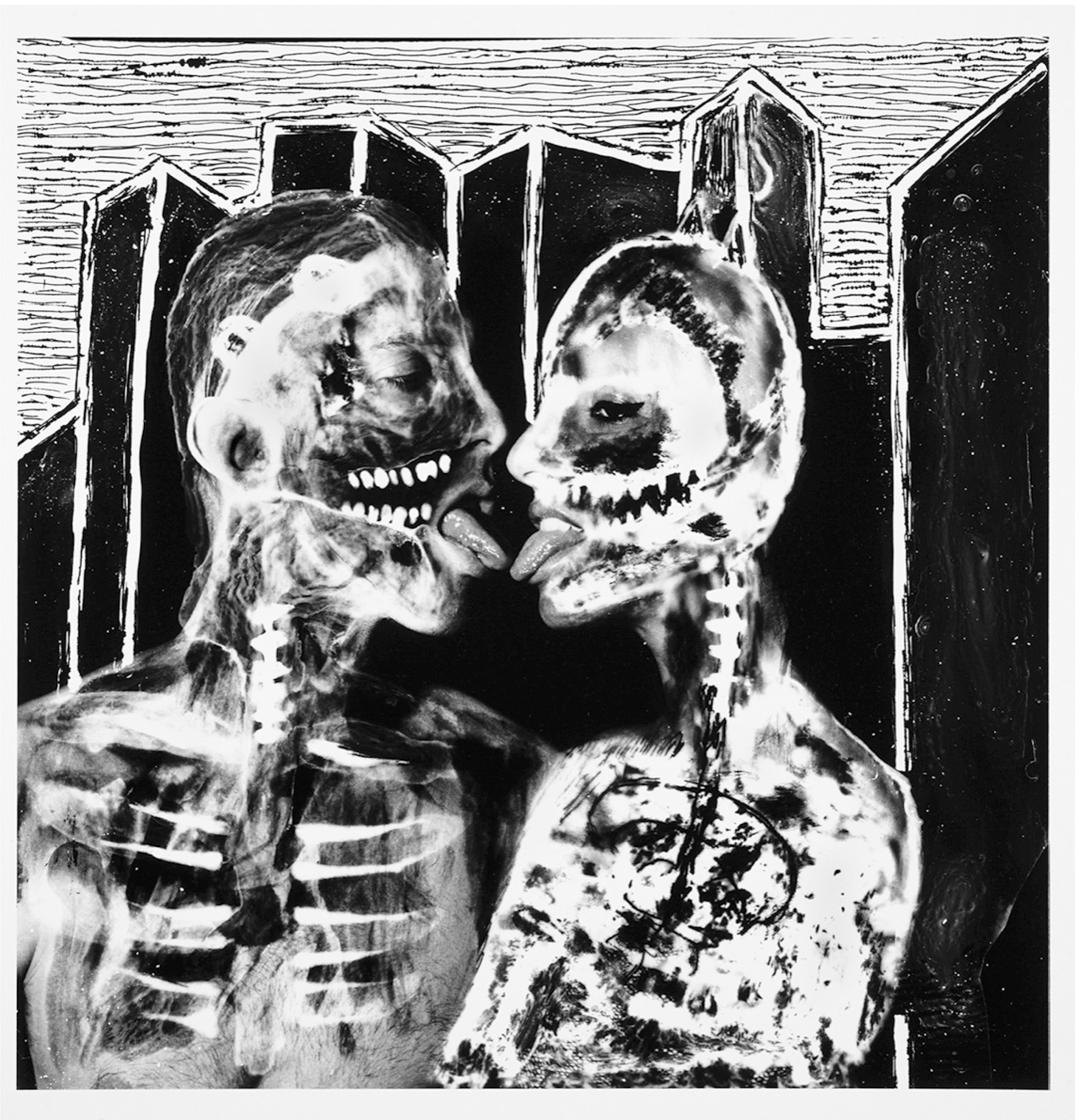 Thomas Gosset (b. 1982, France) is not your ordinary photographer, as he recomposes his negatives with acid, ink and paint. Everything is done by hand, from the moment he creates the settings till he develops the prints in the darkroom. In his recent series Primitive Acids, he creates a contemporary mythology. Gosset states: “The result is a pictorial and chaotic photograph imbued with a tragic beauty in which a contemporary symbolism meets mythological figures.” The bizarre sculptures try to escape their own fate, as if they’re realizing their own inviolability by living in a printed dimension.

Gosset seems to confronts us with modern society as he makes references to IPhones and televisions in addition to the self-destructive side of the human psyche. We see several heads explode in tiny fragments, haunted human silhouettes appear possessed and bodies are distorted into absurd angles. This slightly sinister side of his photographs will give you goose bumps as he pushes reality to its limits.