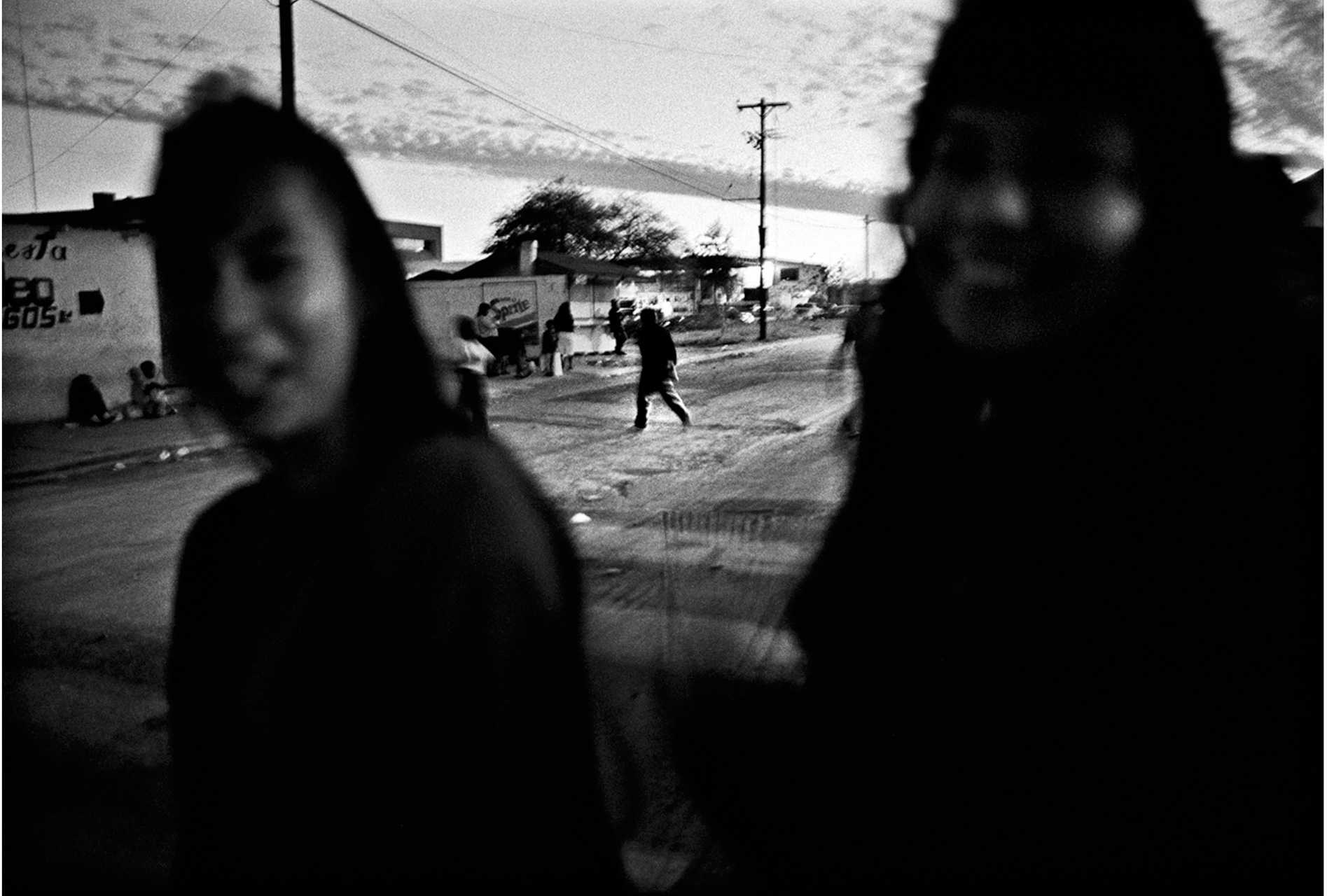 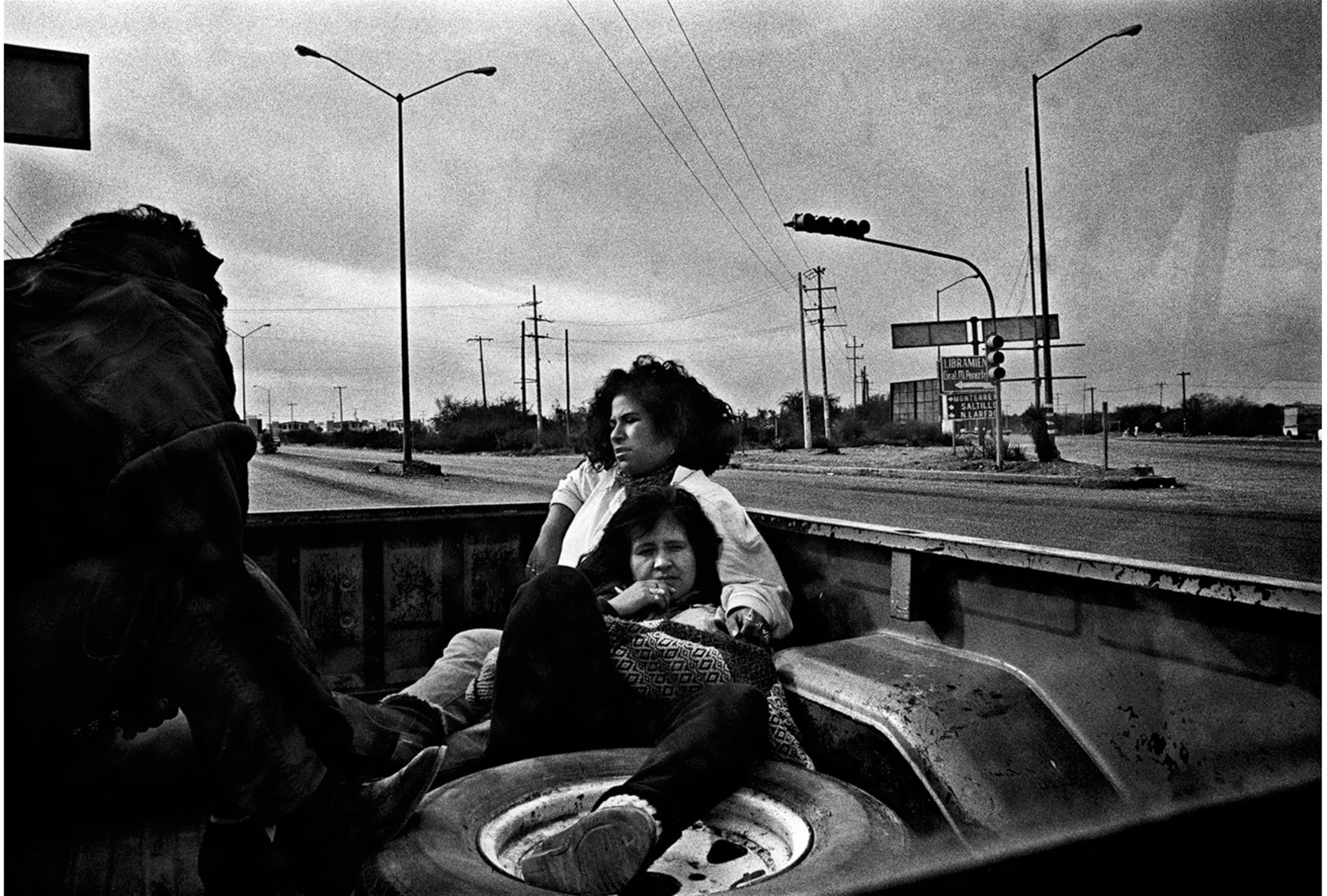 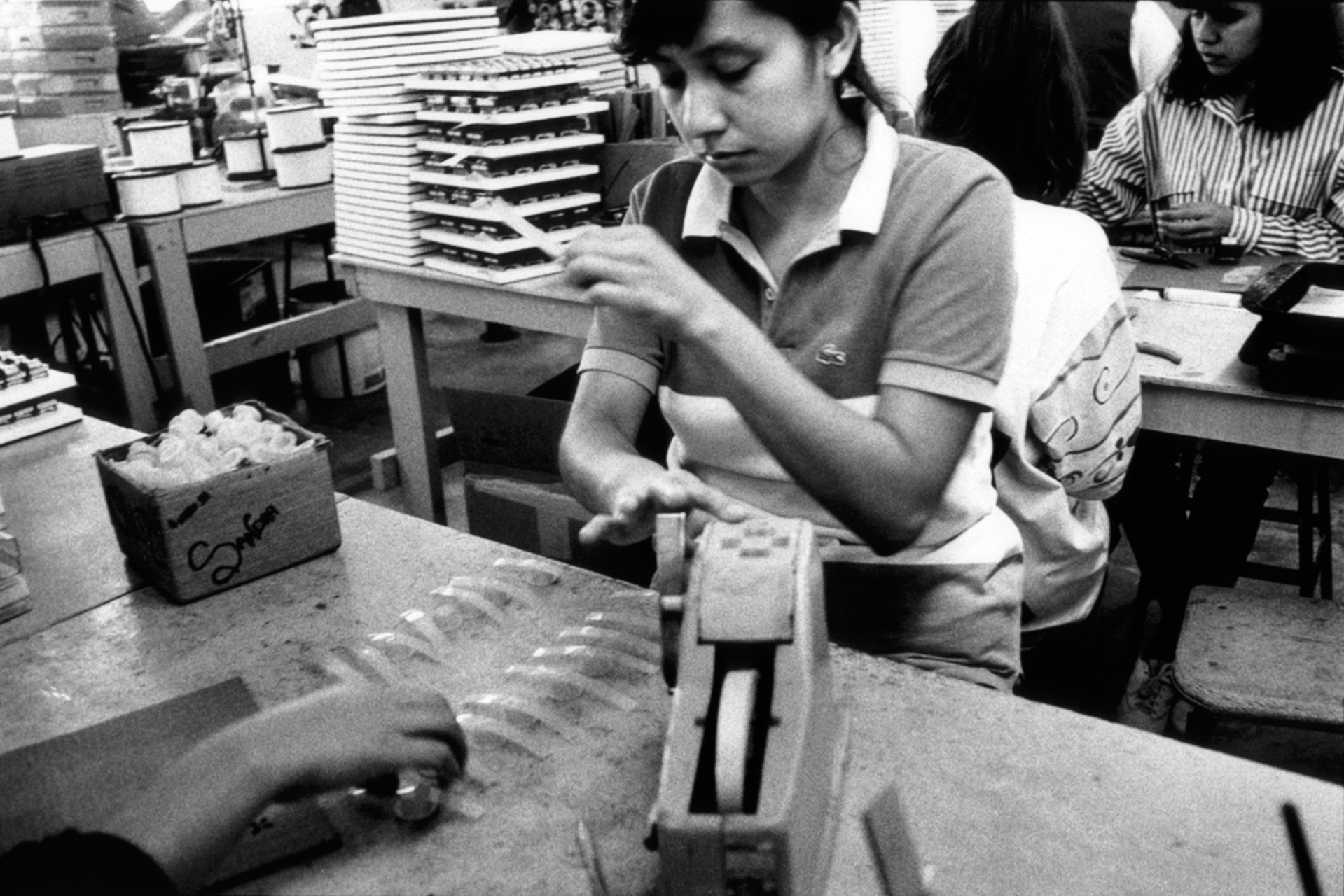 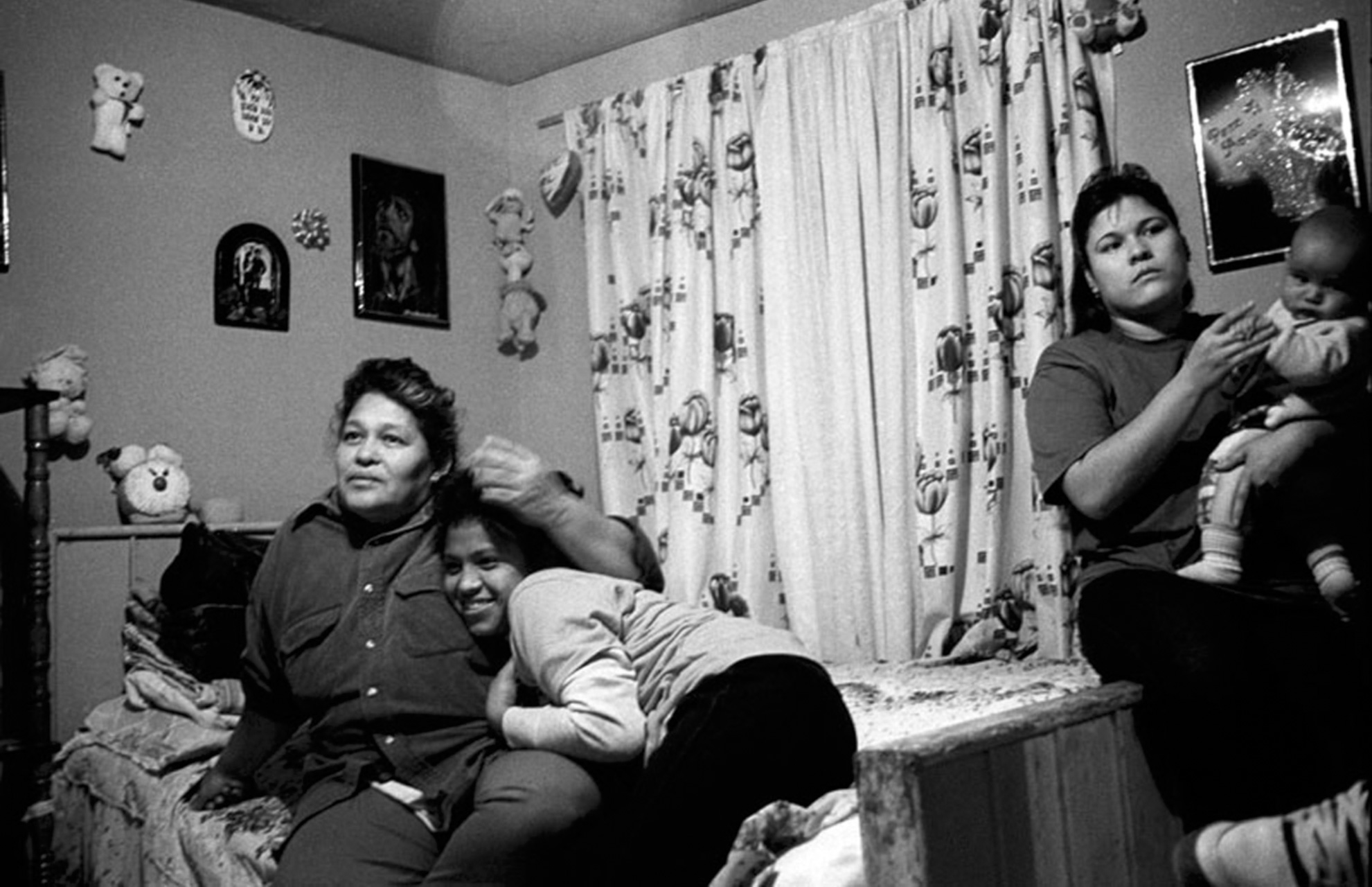 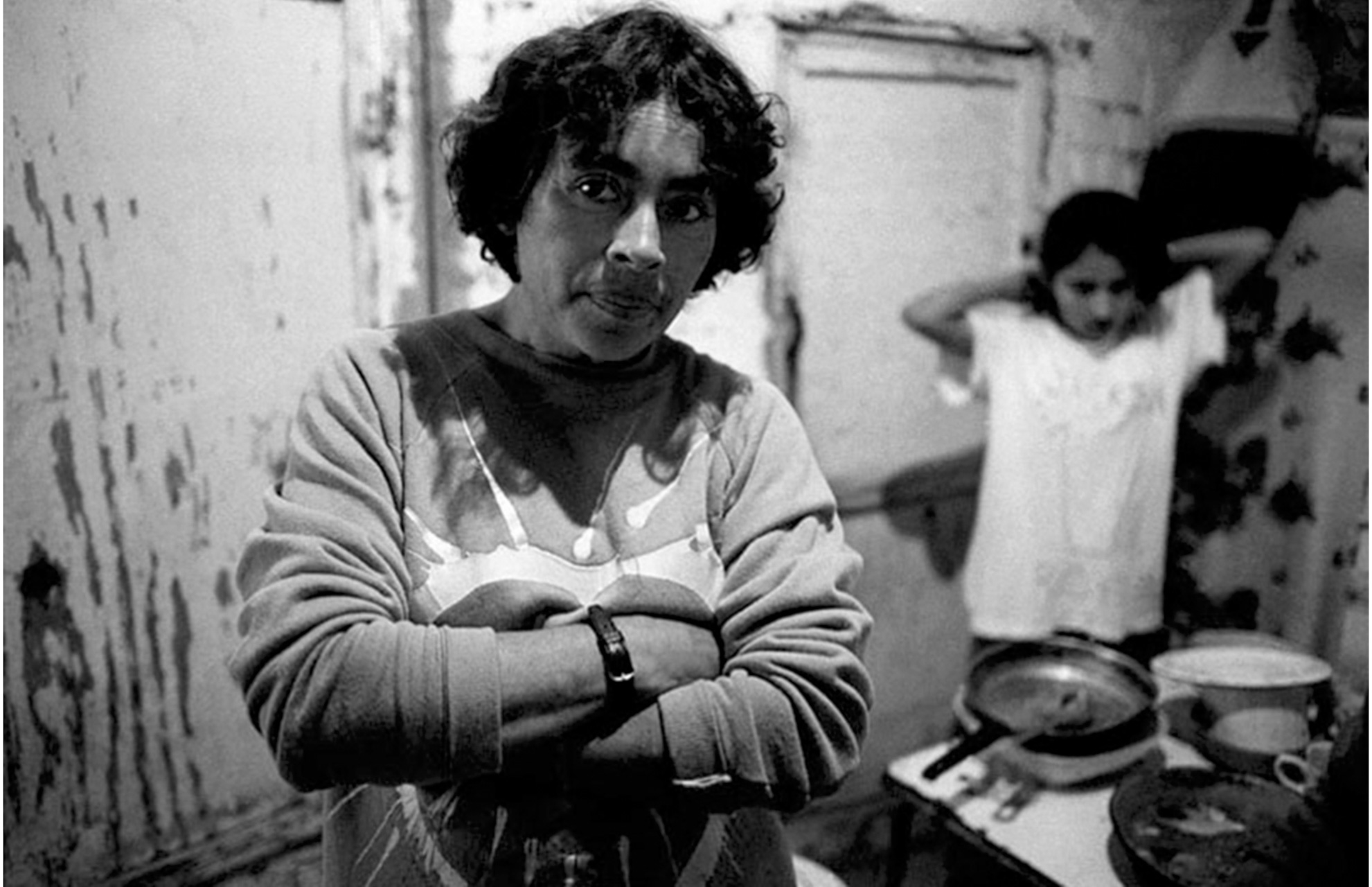 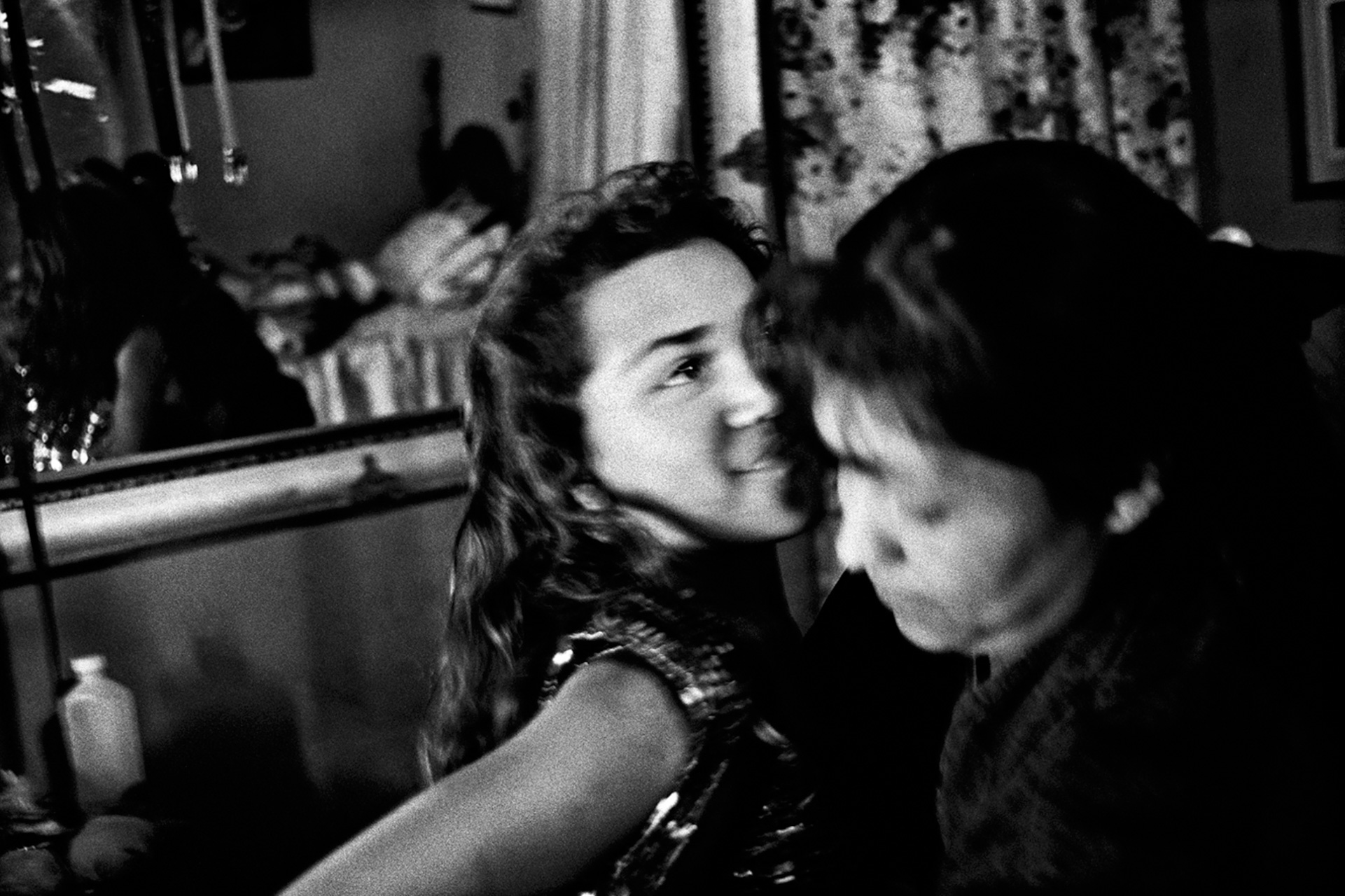 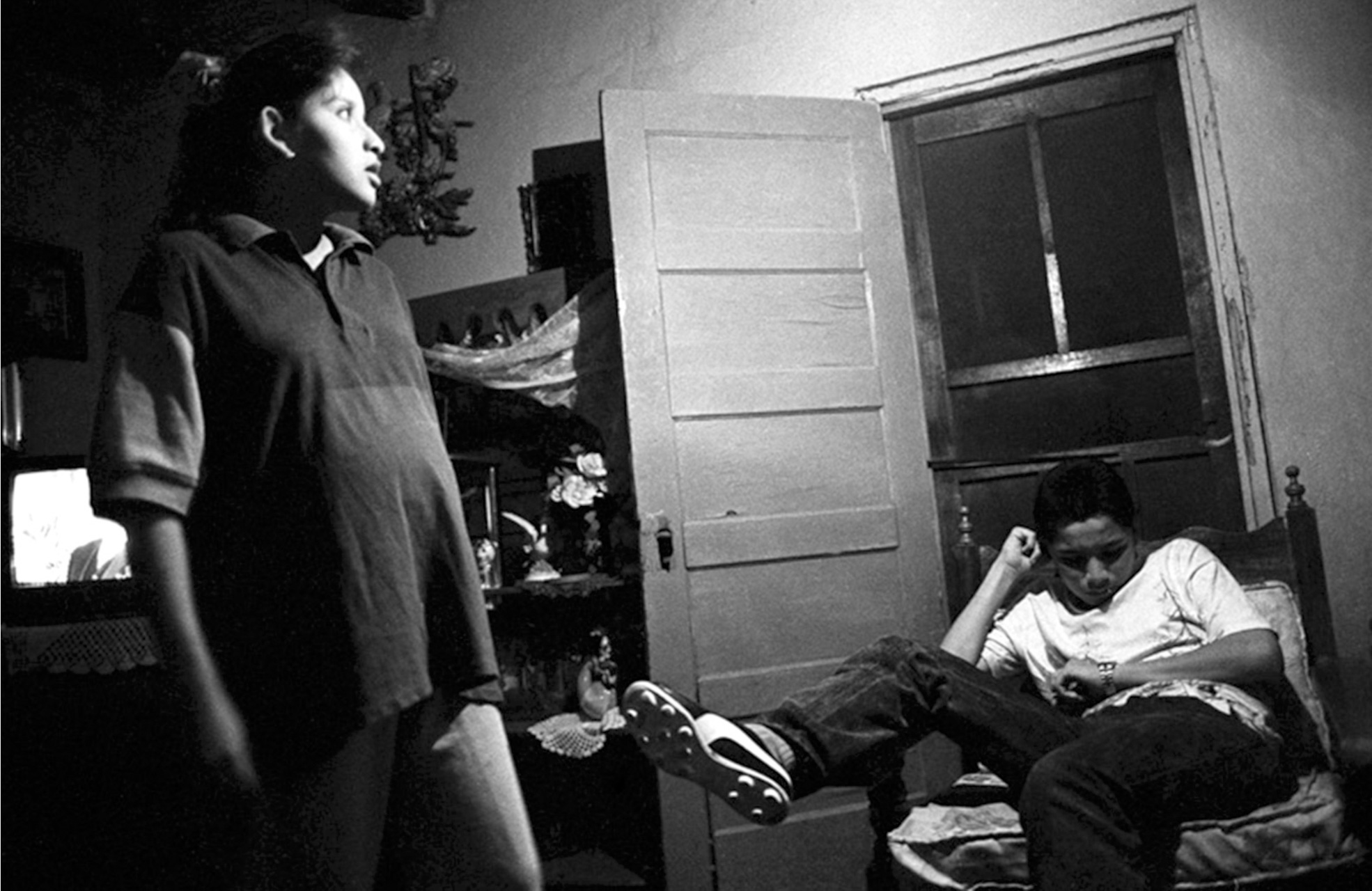 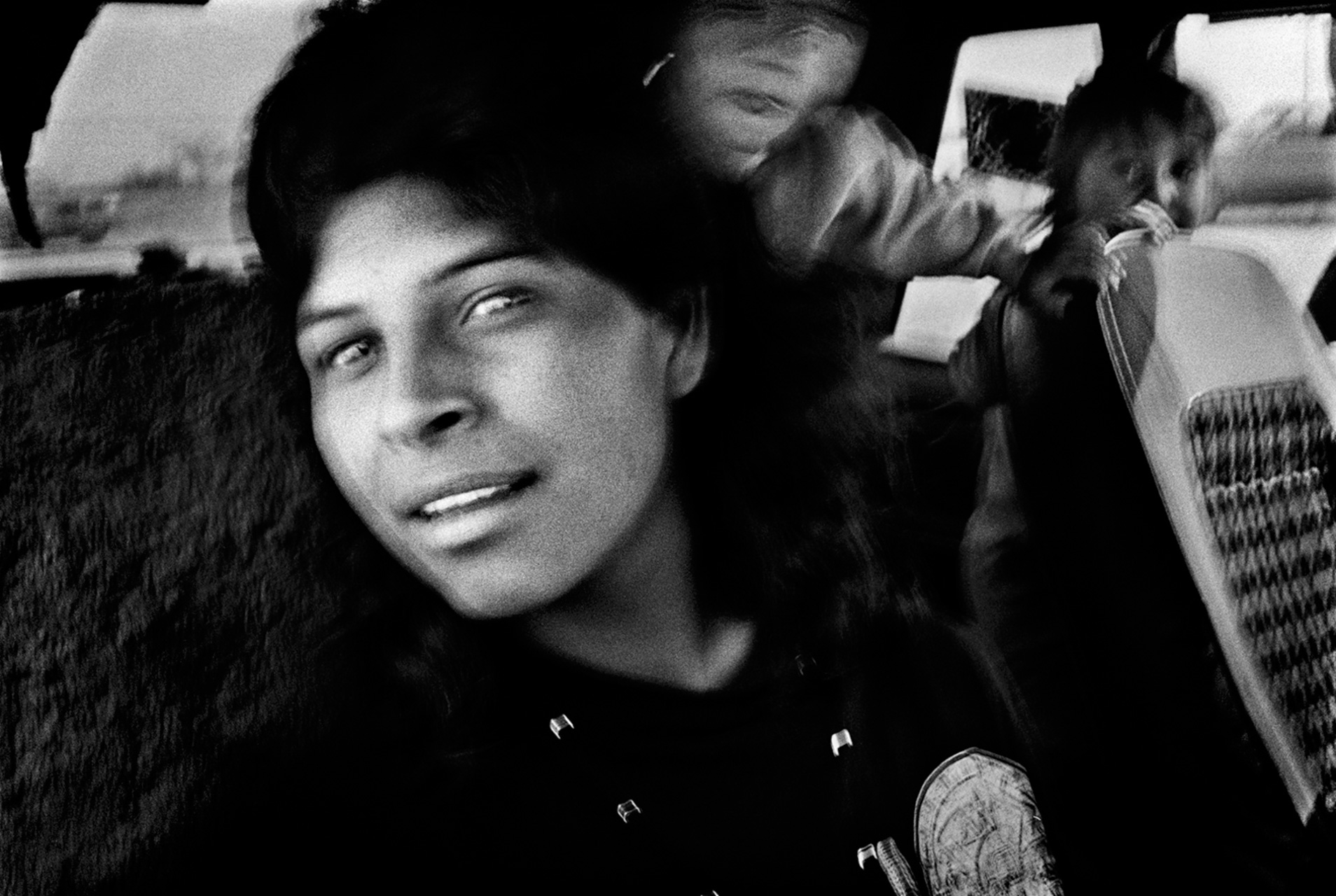 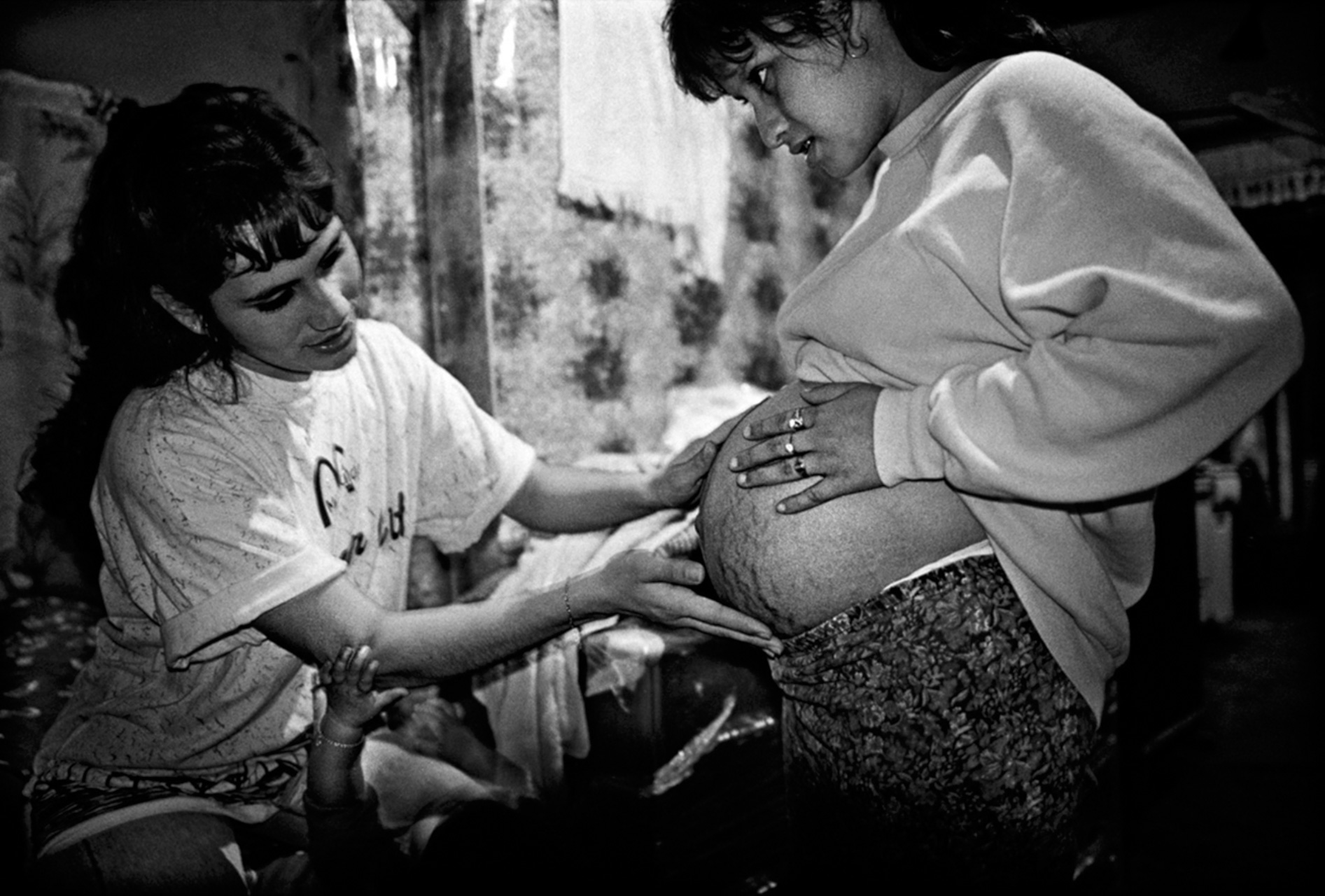 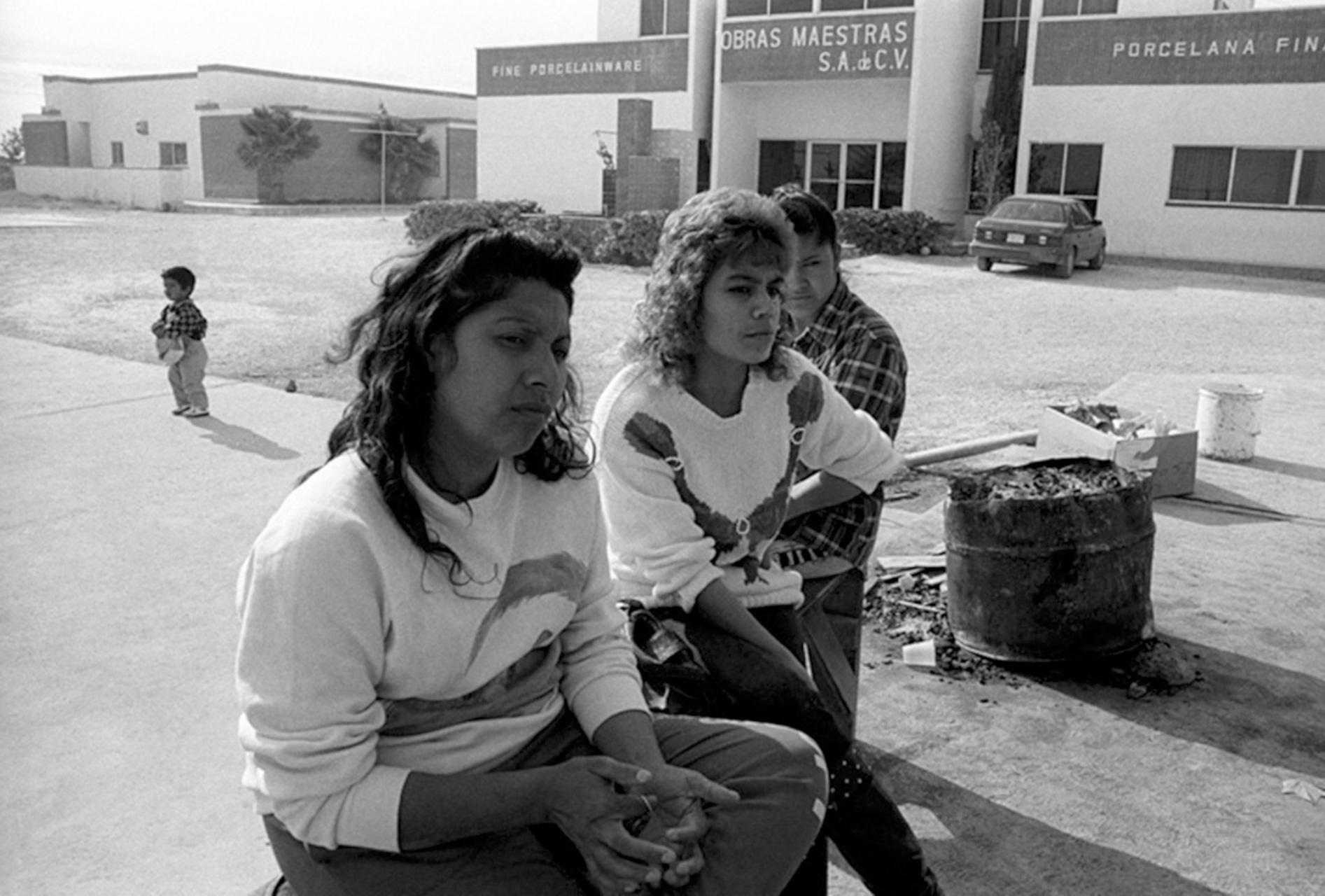 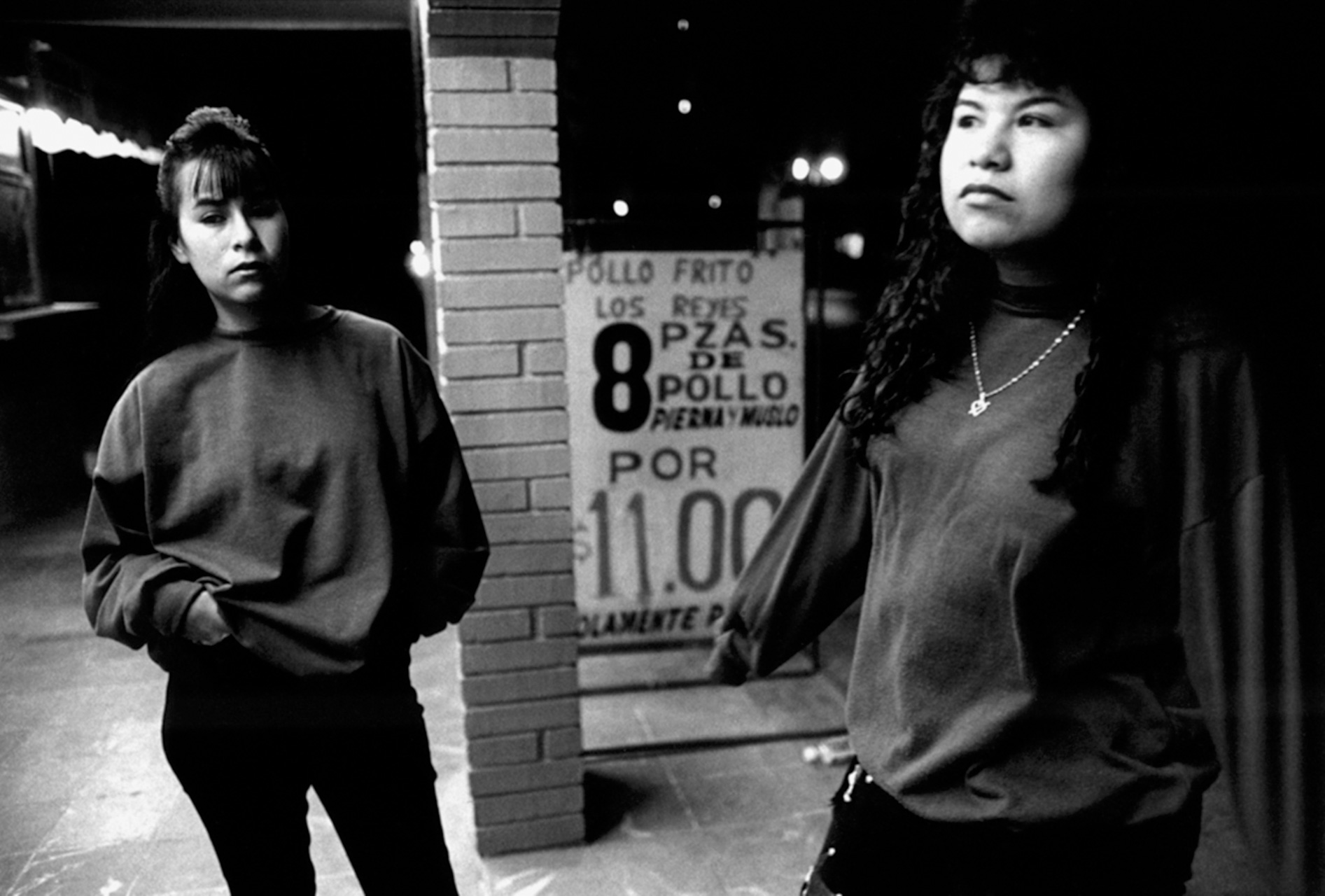 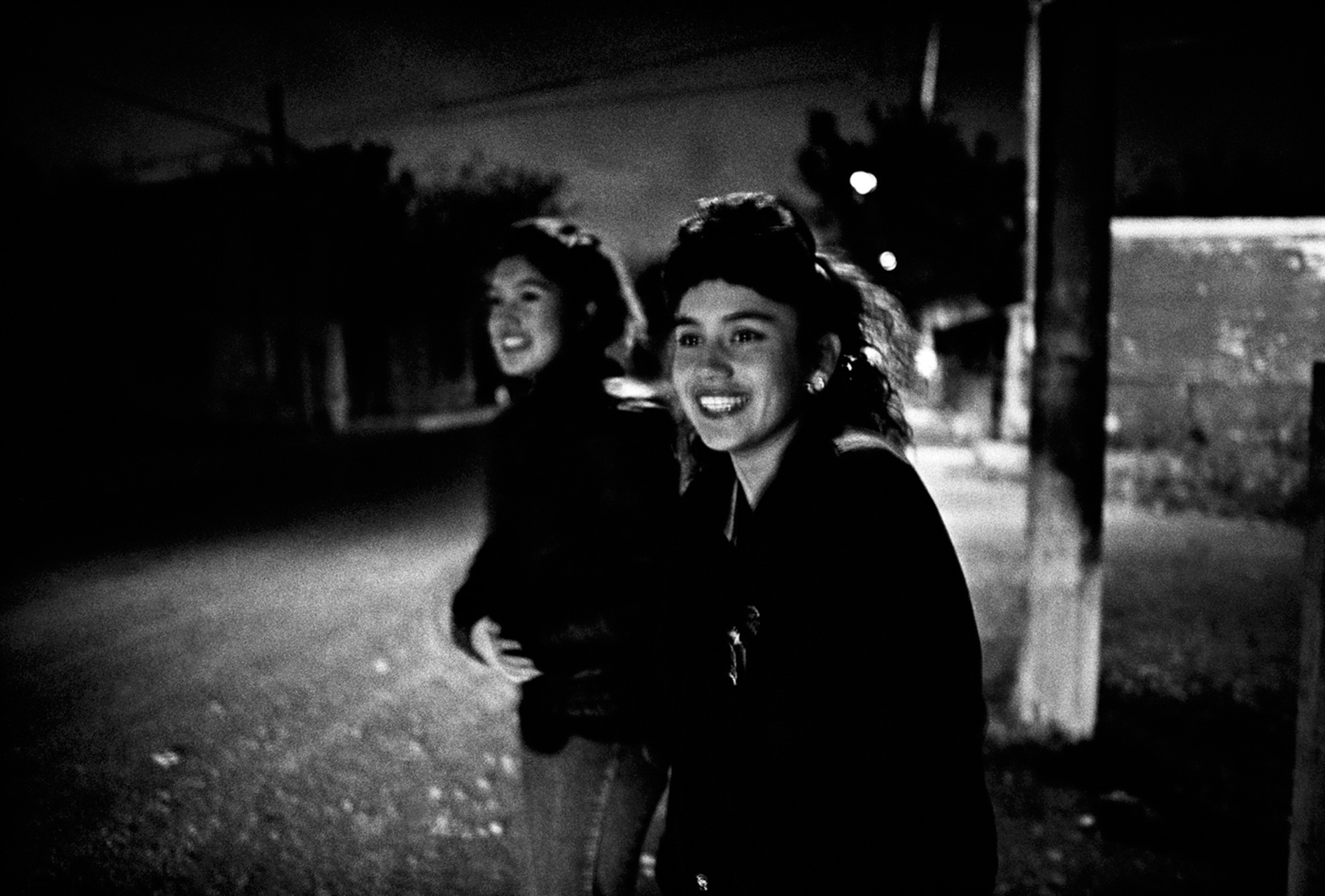 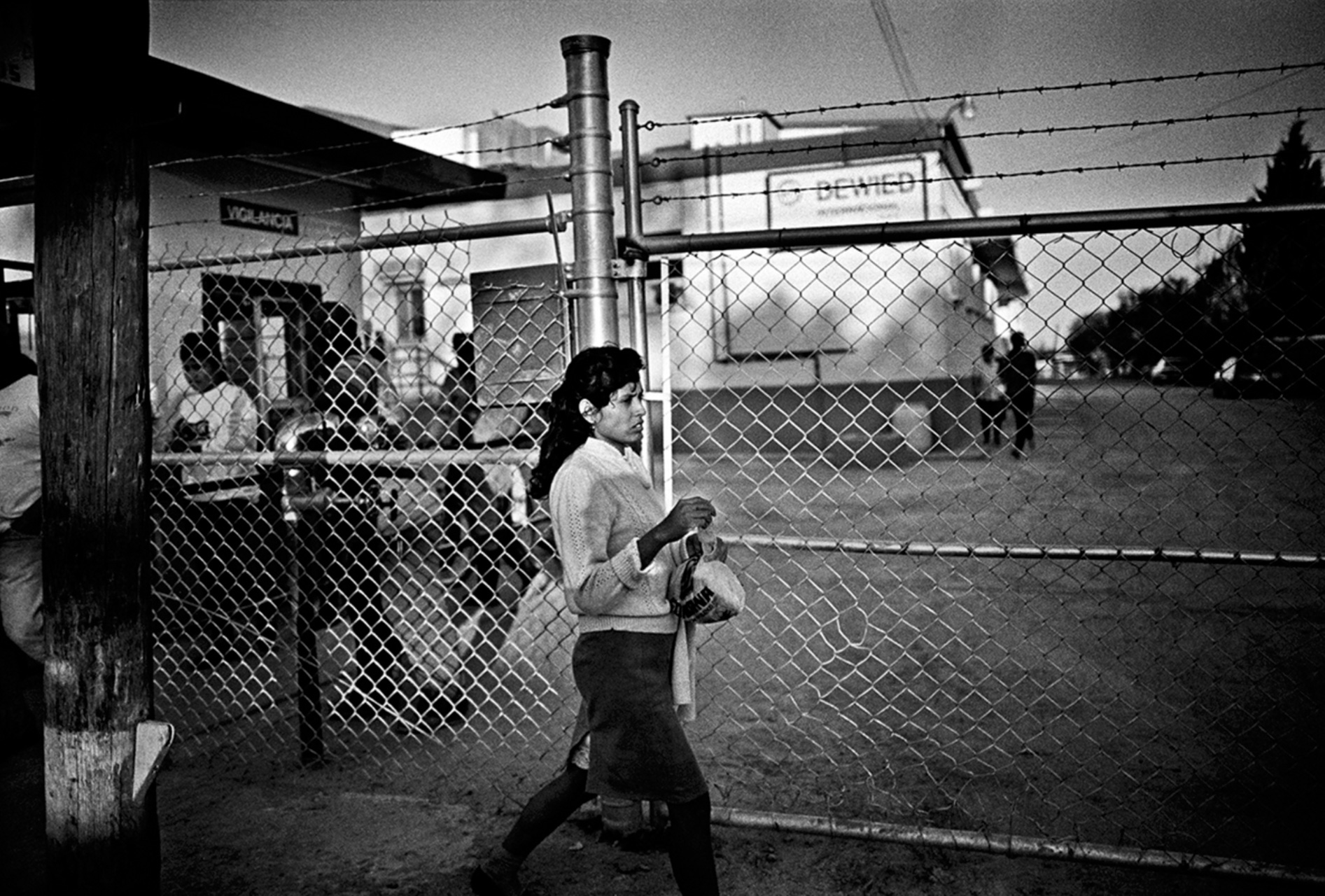 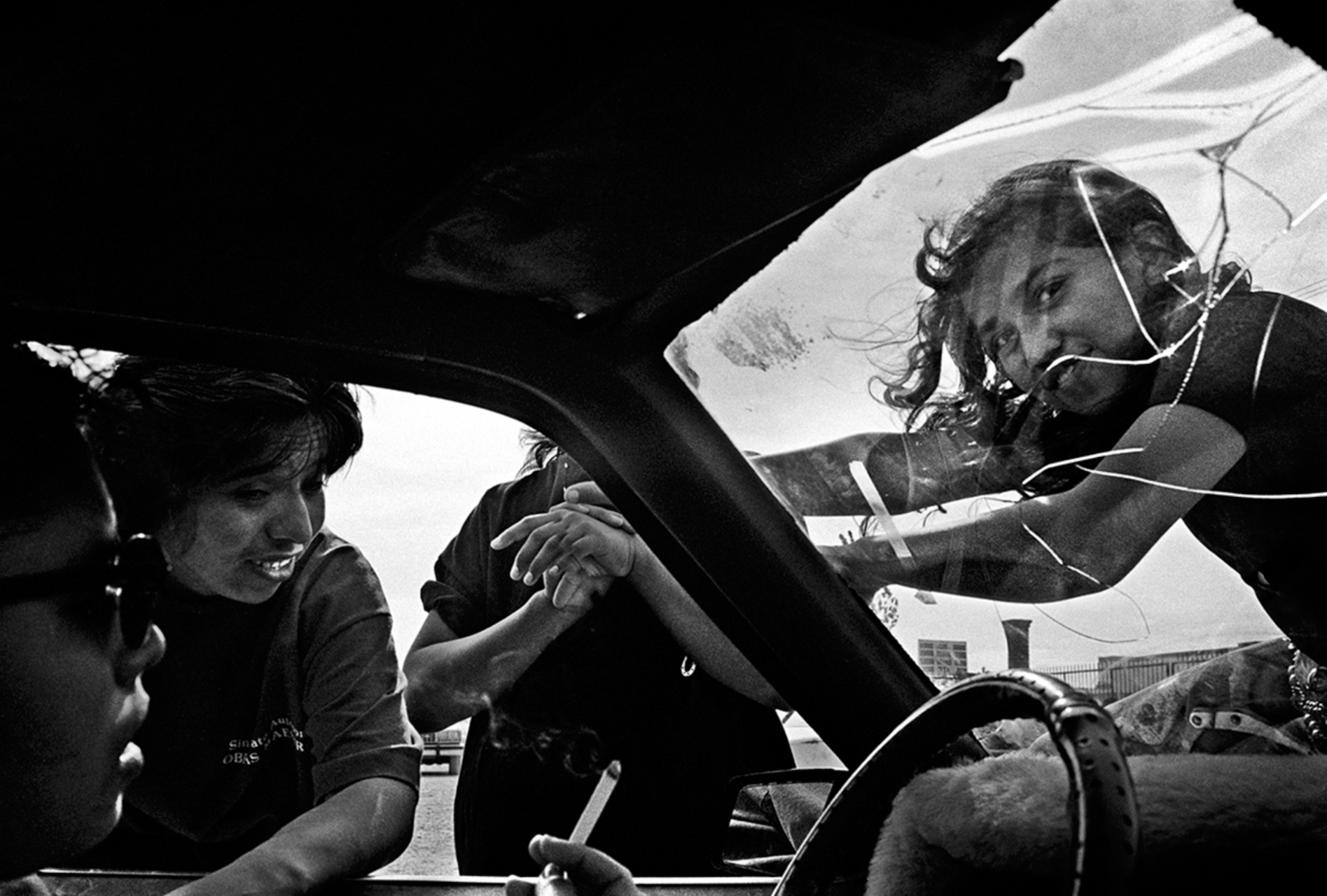 On the cusp of the January 1994 signing of NAFTA (the North American Free Trade Agreement, between Canada Mexico, and the US), Italian photographer Lina Pallotta visited the small Mexican town of Piedras Negras. Pallotta, interested in understanding what the trade agreement would mean for local workers, travelled several times to the border town over the period of 1993-94.

During her visits, Pallotta met a social worker named Julia Quinones, and through her, entered the houses and personal lives of the women employed in the maquiladoras – the assembly line factories for low-cost products manufactured for industrialised markets. At these factories, women made up the majority of the workforce, due to their low labour cost and because they were easier to control. Pallotta, based on her own experiences from her home country, found herself relating mostly with them.

In her pictures, Pallotta portrays moments from everyday life, in which rhythms are glimpsed through pregnancy, domestic errands, religious festivals and work. In this, she saw a mirror of her own memories, drawing a connection between Southern Italy and Mexico, in particular due to the struggle of women and their strong bonds with each other.

Through these women’s lives, Pallotta doesn’t intend to reproduce reality as we are accustomed to see it; instead, through the grainy black and white photographs, the author penetrates and stops fleeting fragments, sometimes barely visible or registered by consciousness.