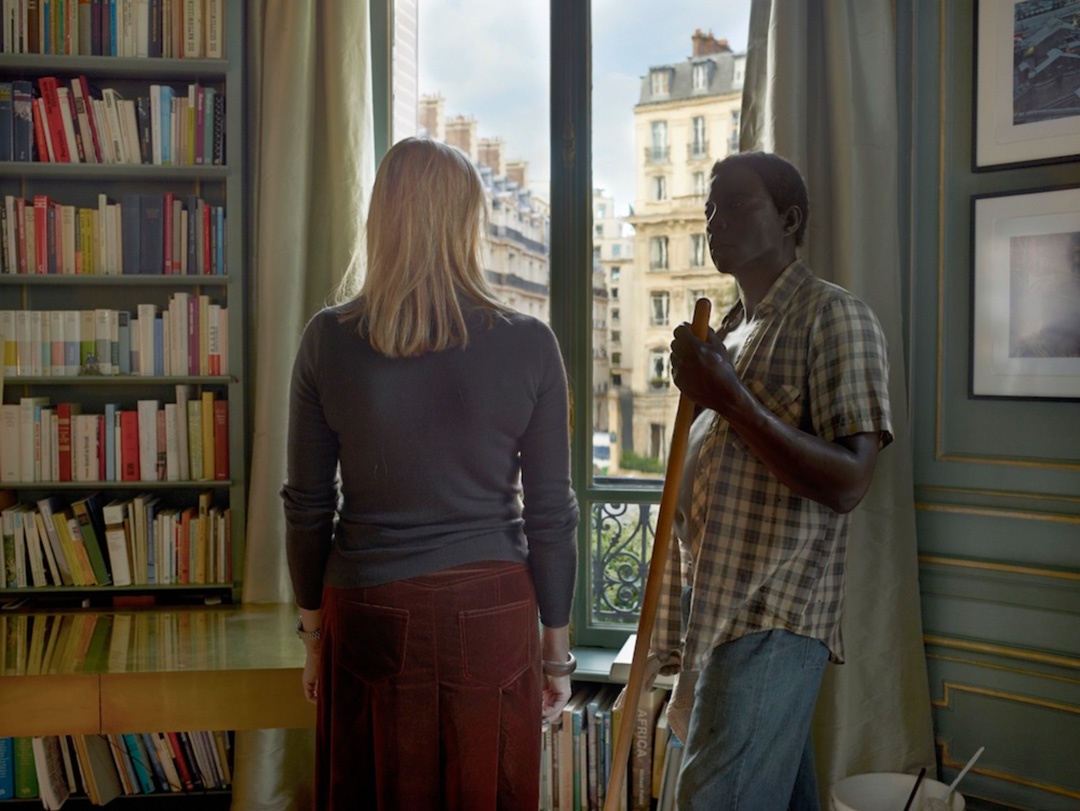 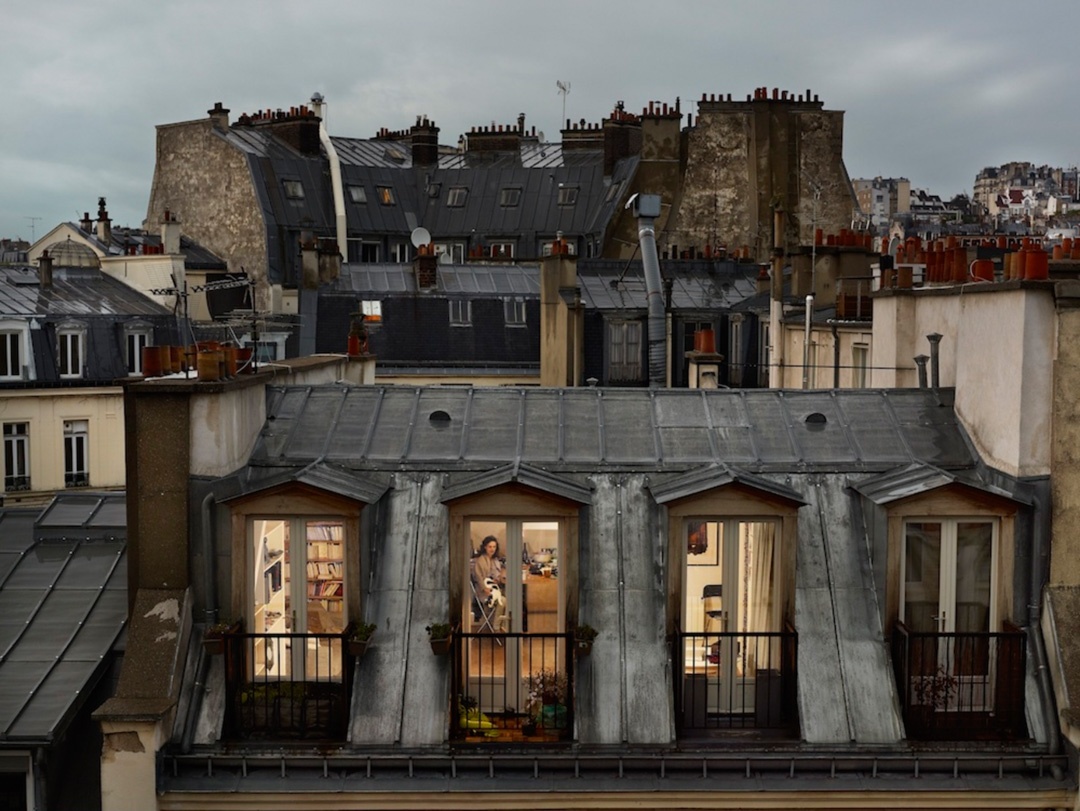 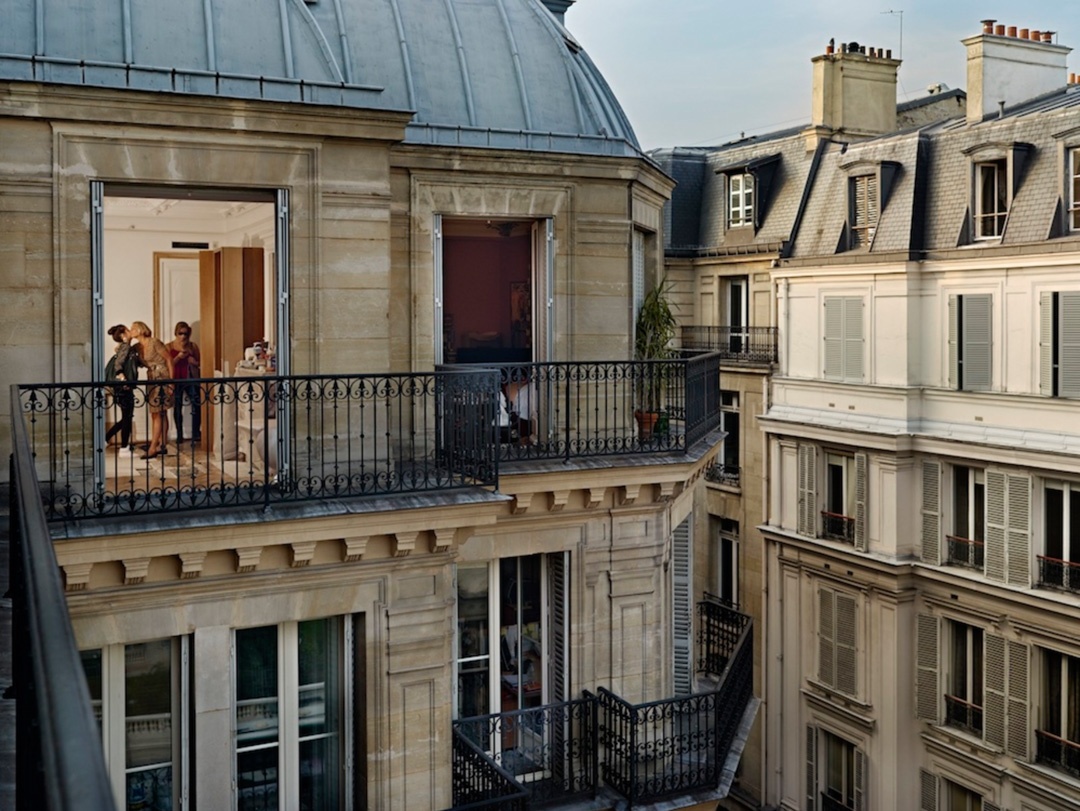 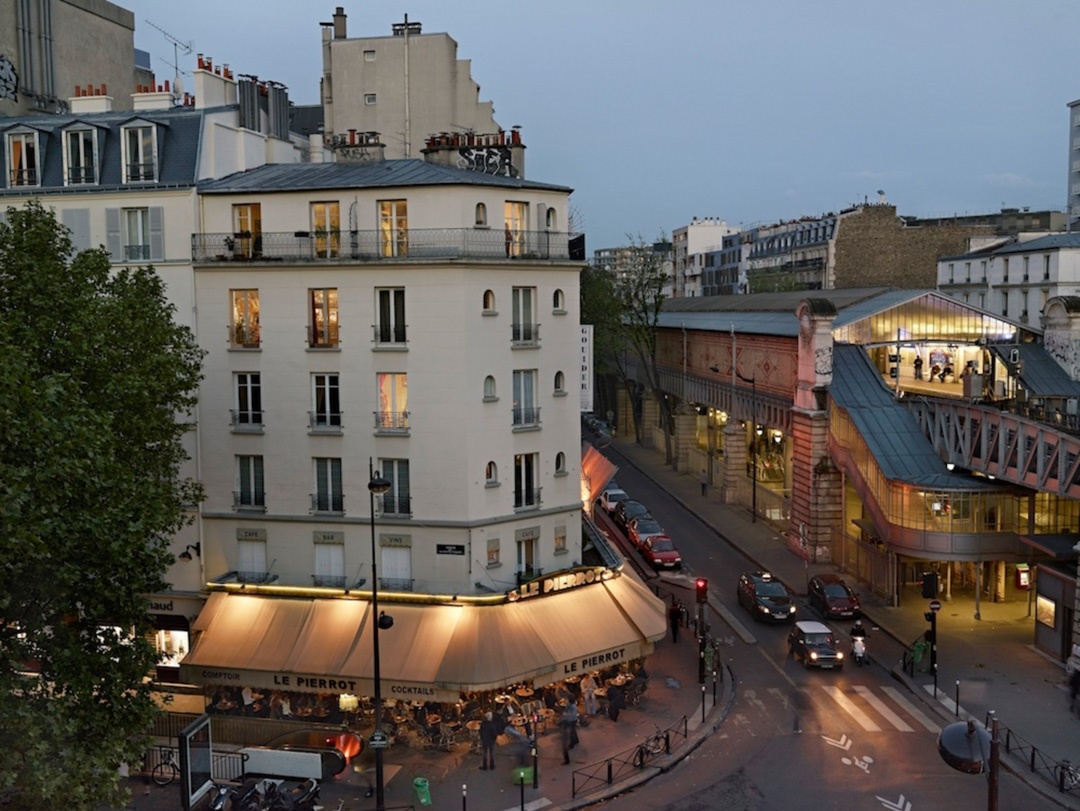 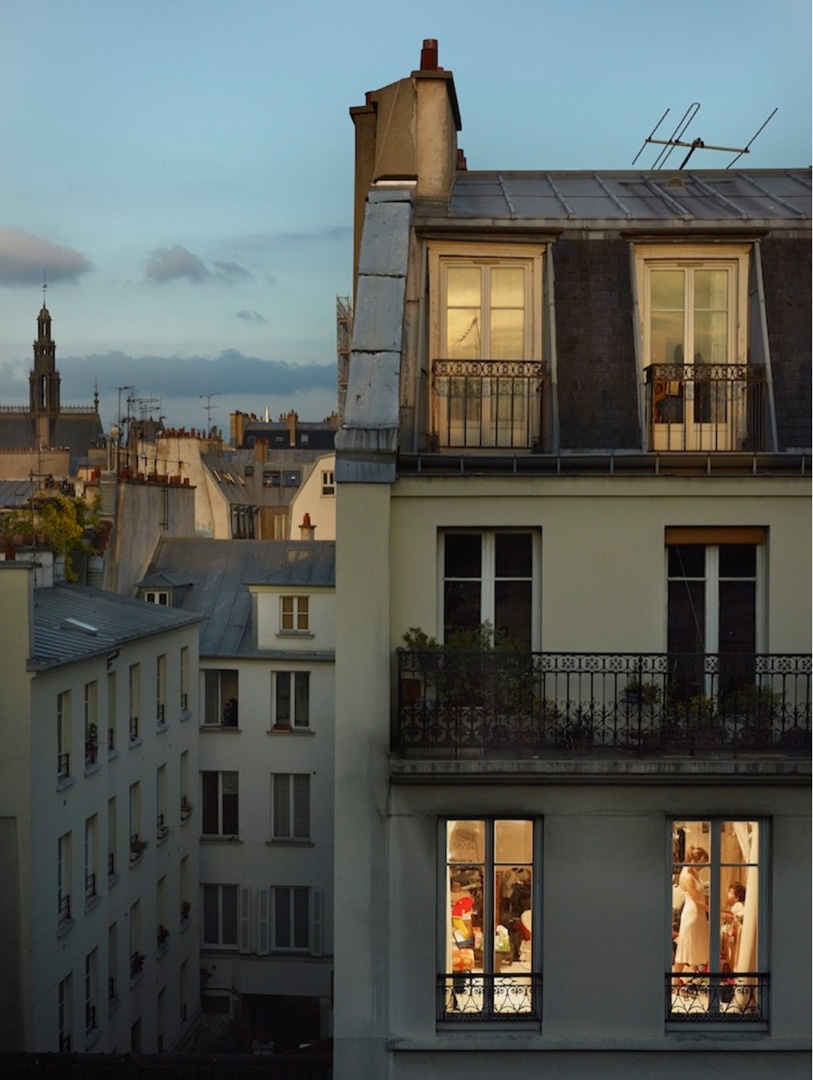 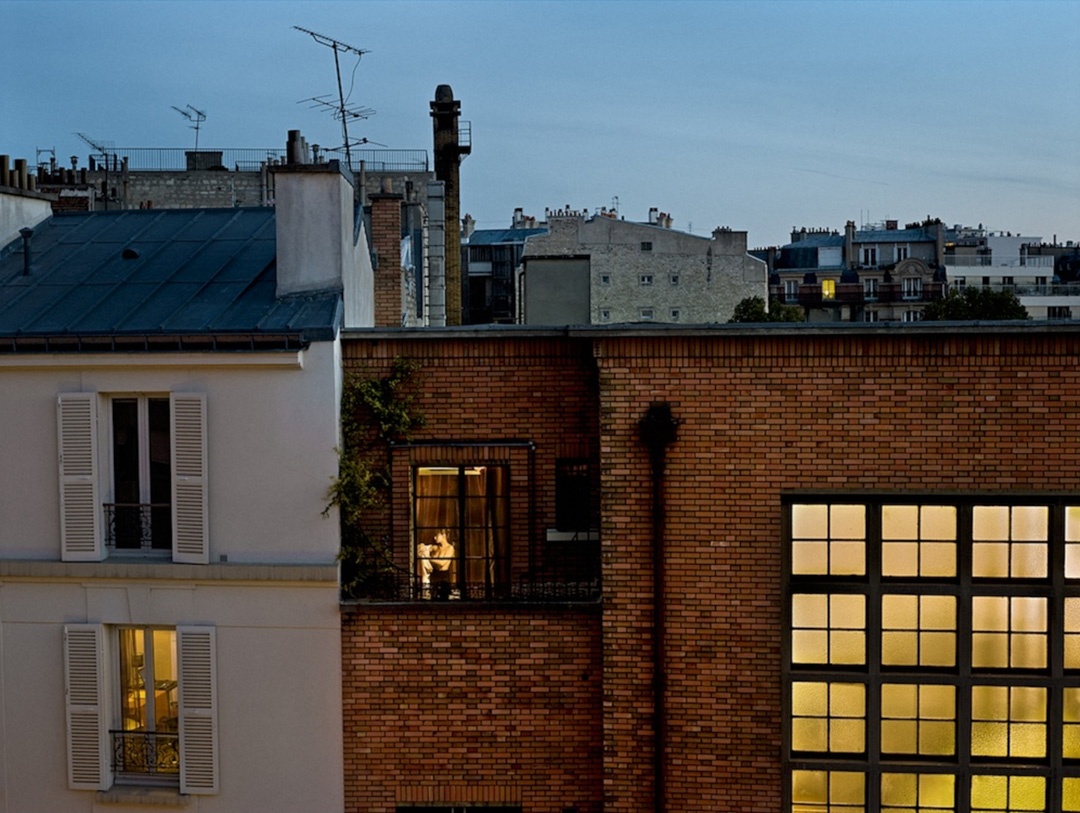 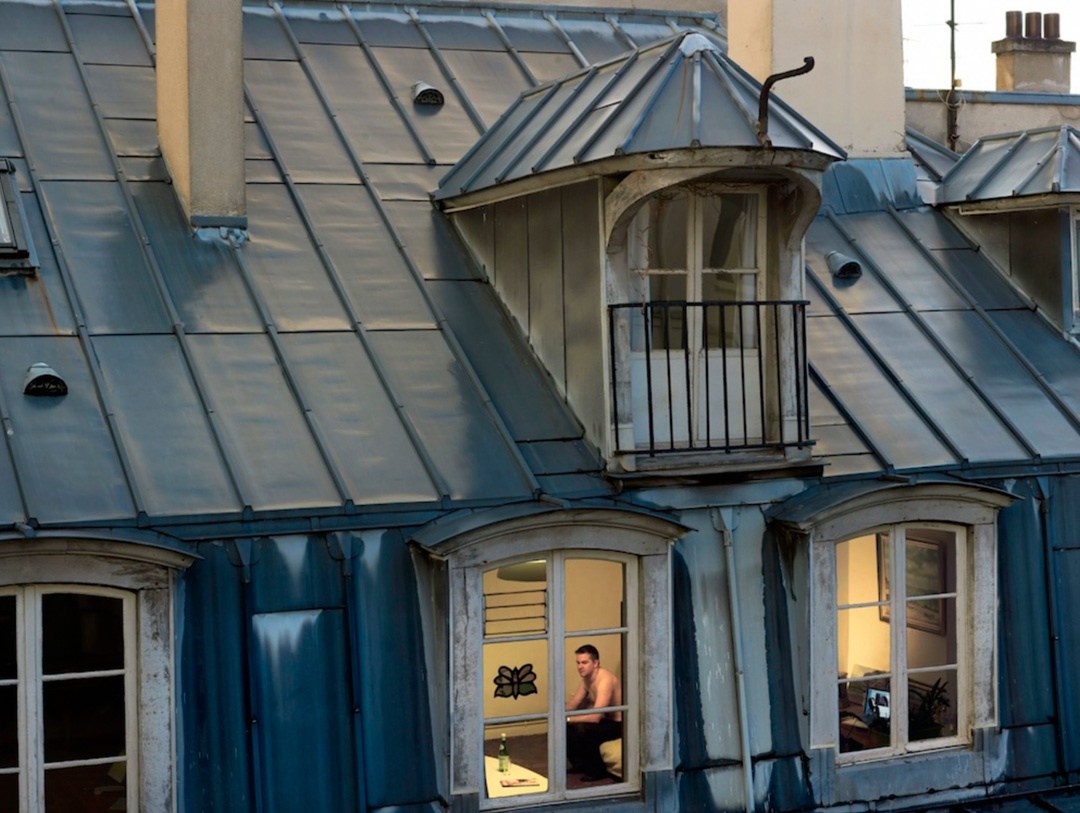 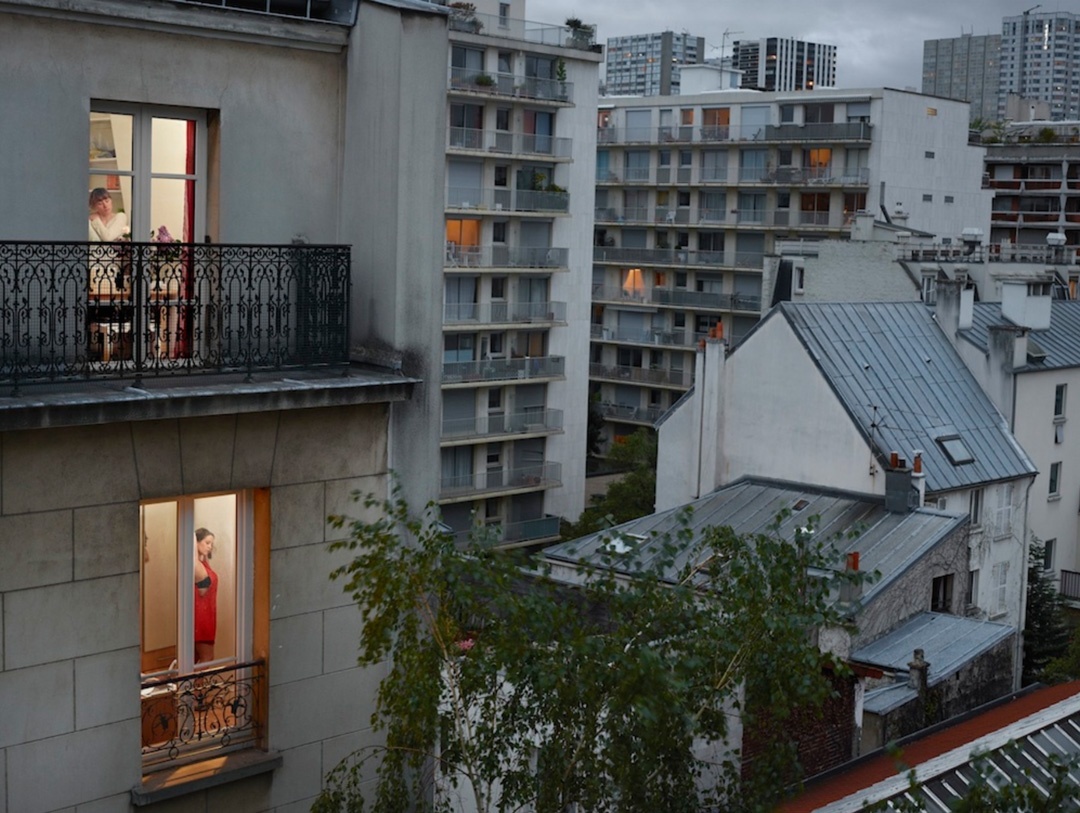 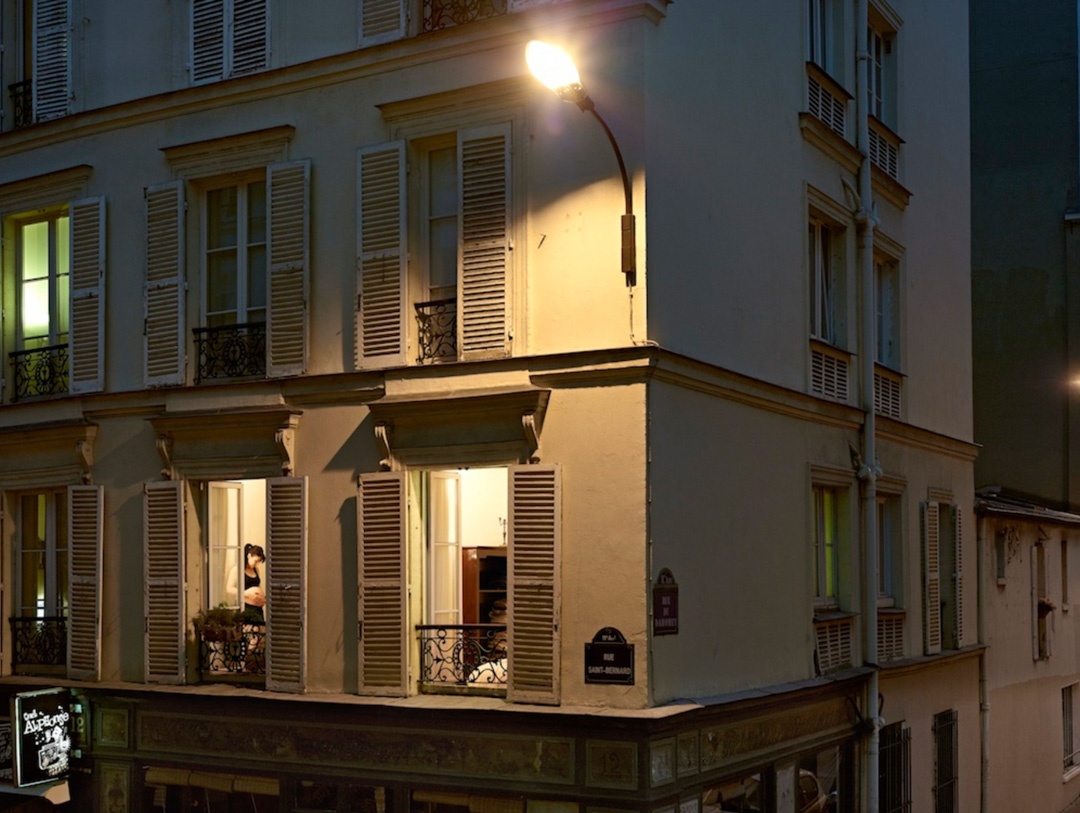 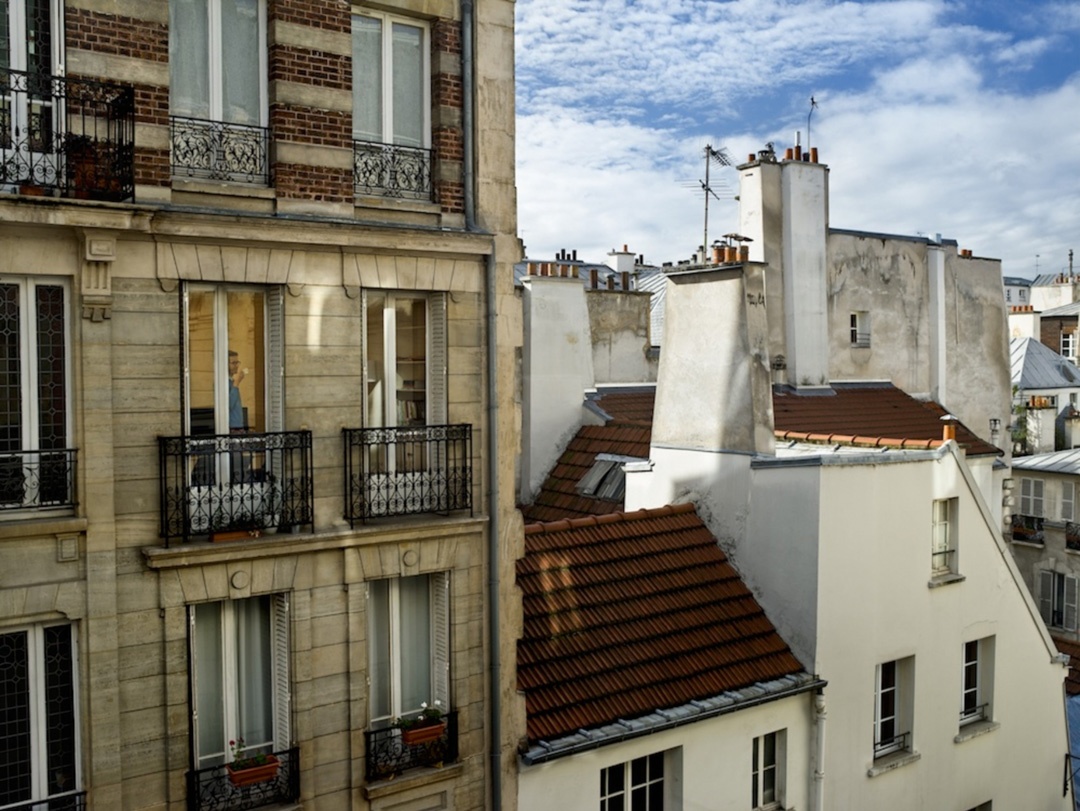 Charles Baudelaire’s assertion that “what one can see in sunlight is always less interesting than what happens behind a pane of glass” is endorsed by Gail Albert-Halaban (1970, USA) as she shares glances into personal residences of Paris, evidencing the intrinsic curiosity people have for others’ lives.Gaining access to the personal spaces of participating strangers via their windows, Albert-Halaban presents to us private moments of Parisian residents. The worries, passing thoughts and social interactions of the individuals are narrated in the eclectic mix of episodes framed and lit up for outsiders to view.

The exterior and interior worlds of Paris blend as Albert-Halaban surveys the tensions between public and private life, the photographer’s constructed interior scenes remain secluded from the world that continues to move by outside the windows. Captured residing within the city’s expansive infrastructure, the relationships and themes of community are explored against the isolated states the individuals appear in. Inhabitants often appear alone but there is a mutual recognition of circumstance by the figures coexisting above, below and next door to one another.

Paris Views is on exhibit at the Kopeikin Gallery in Los Angeles, September 12 – October 17, 2015.