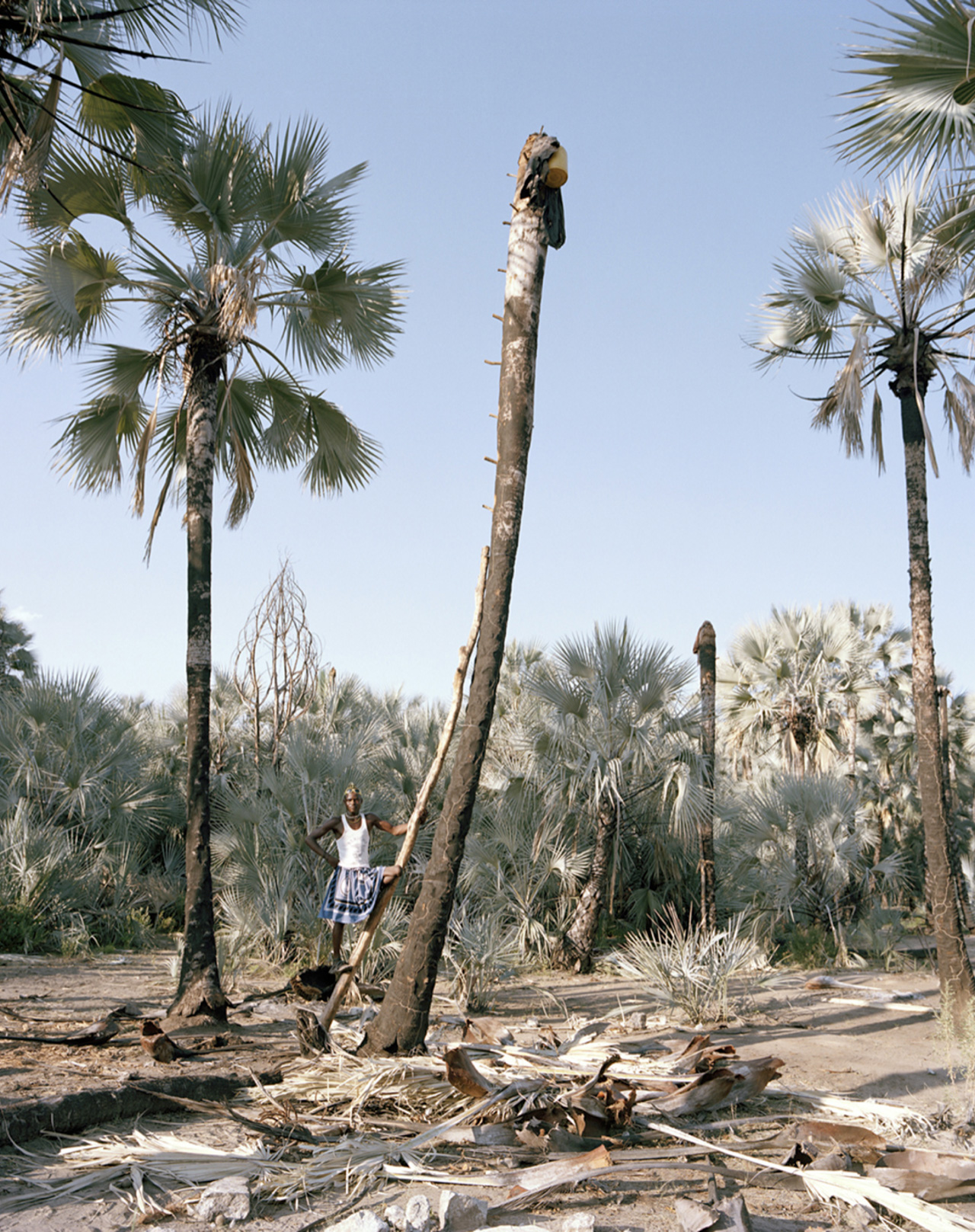 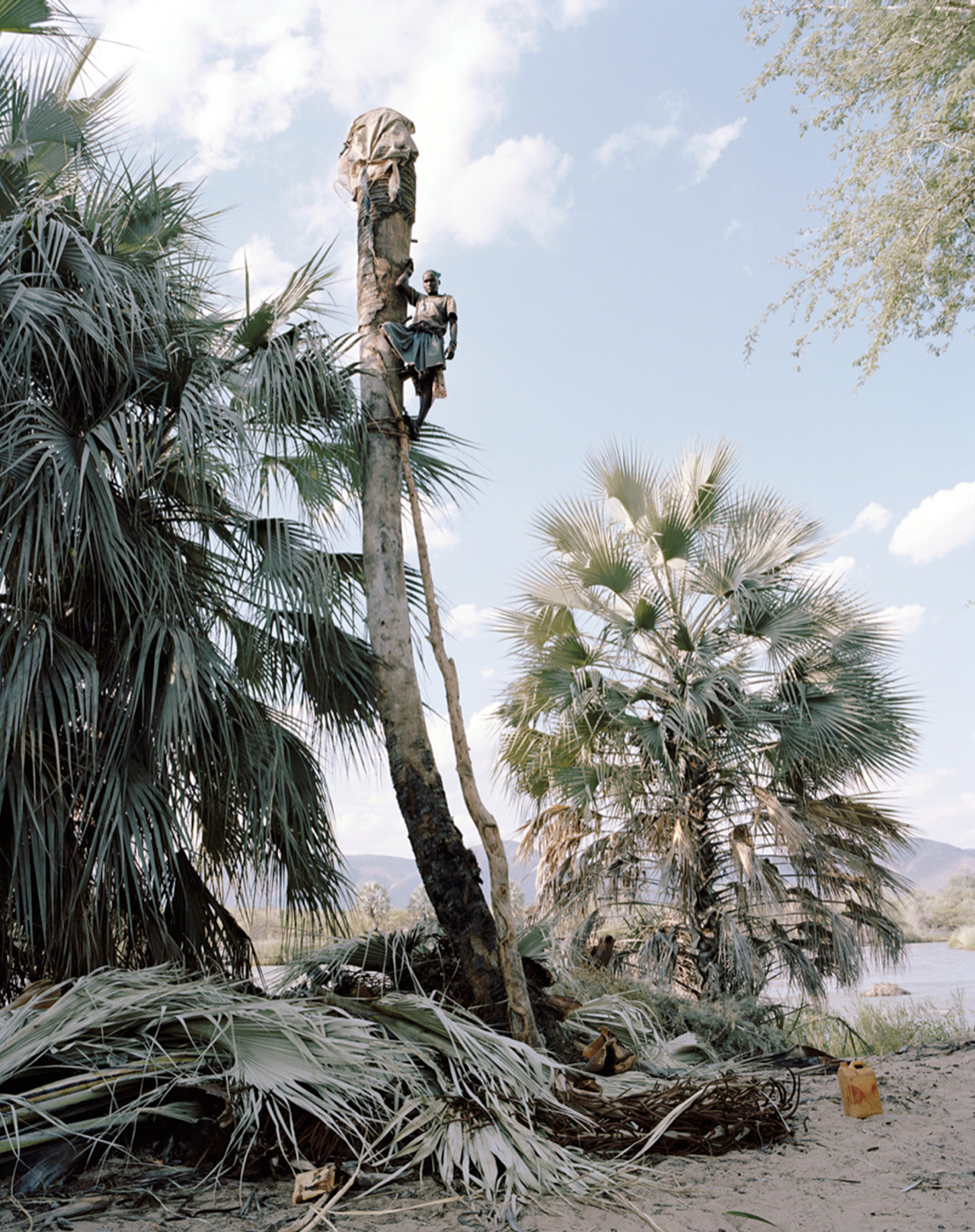 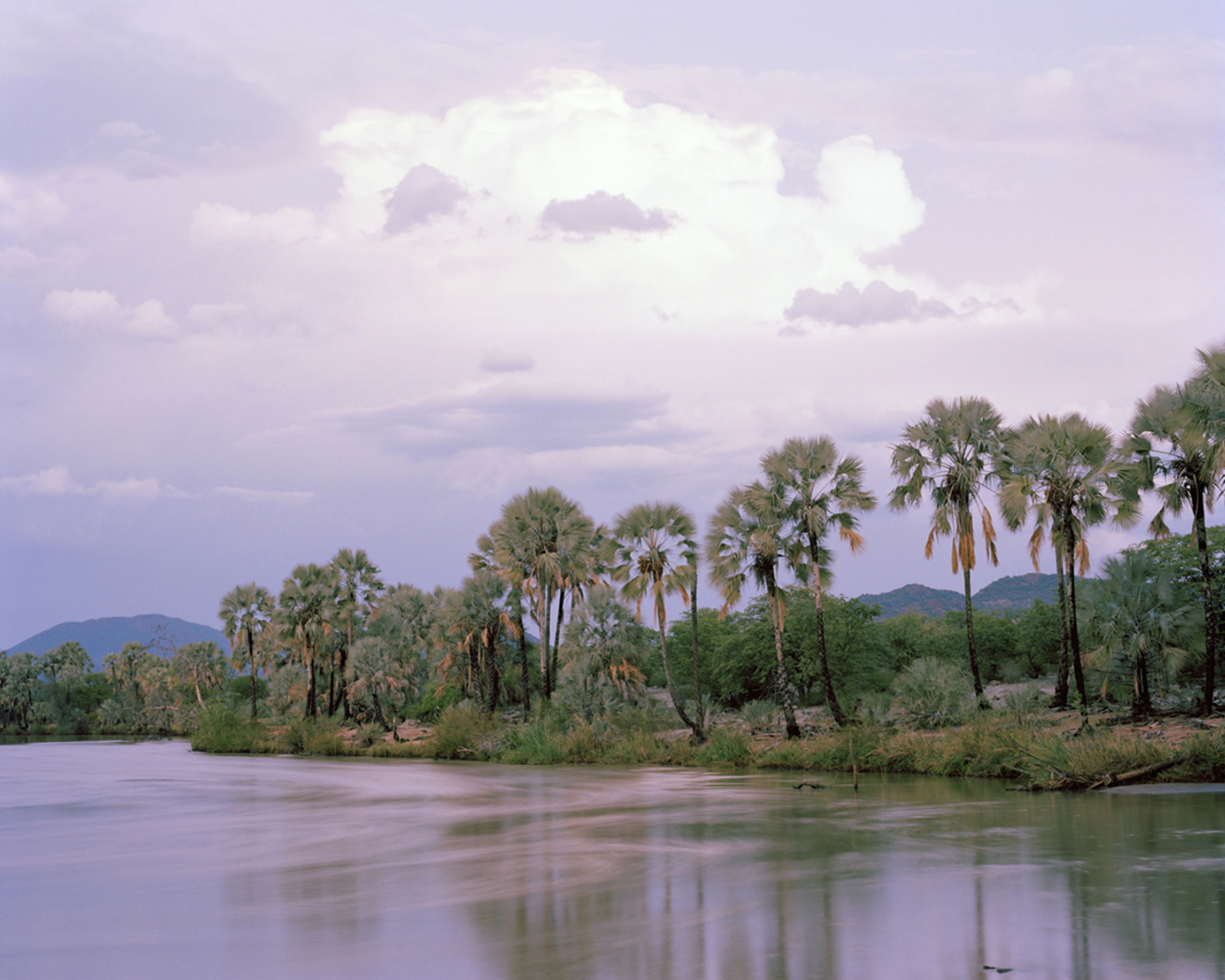 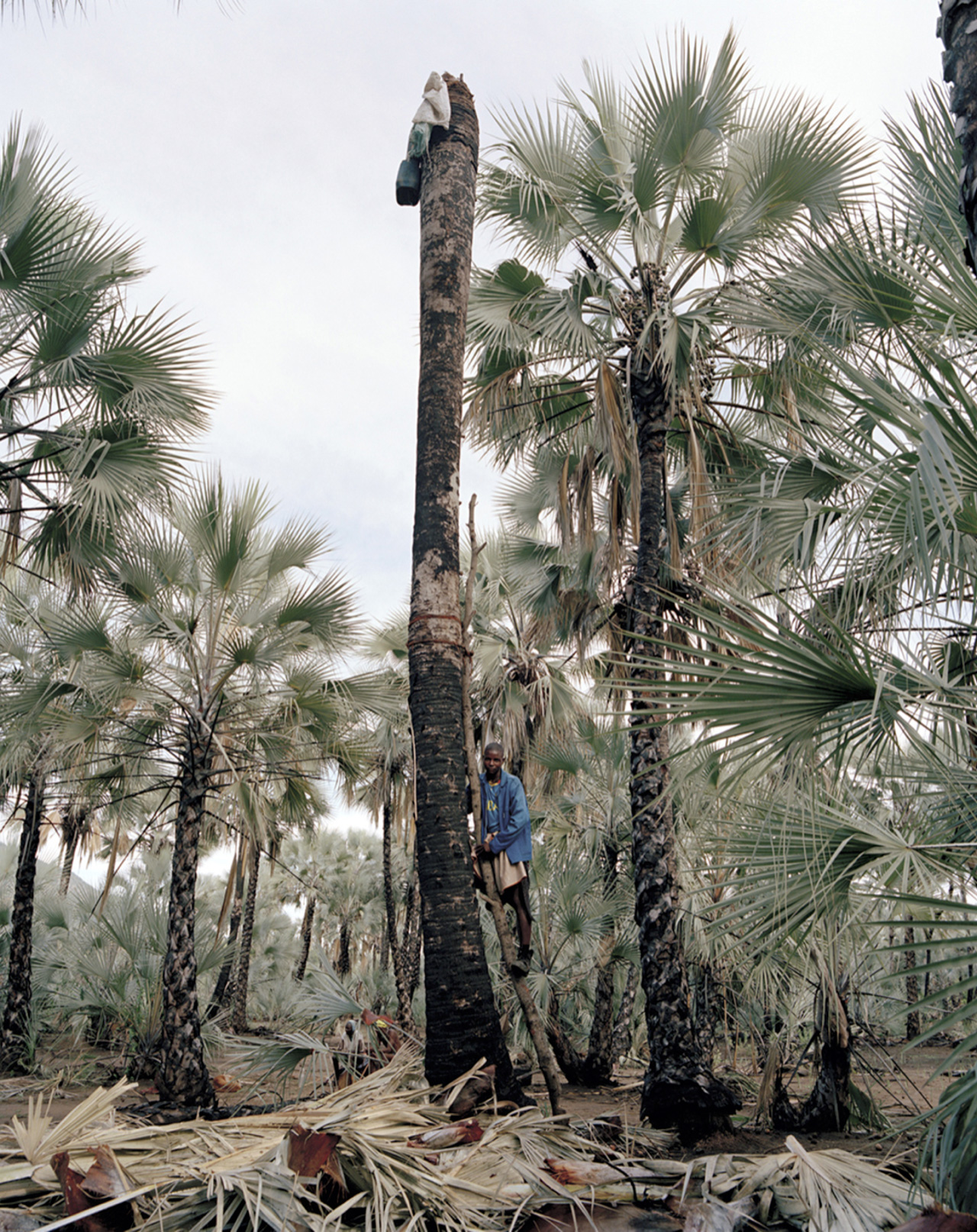 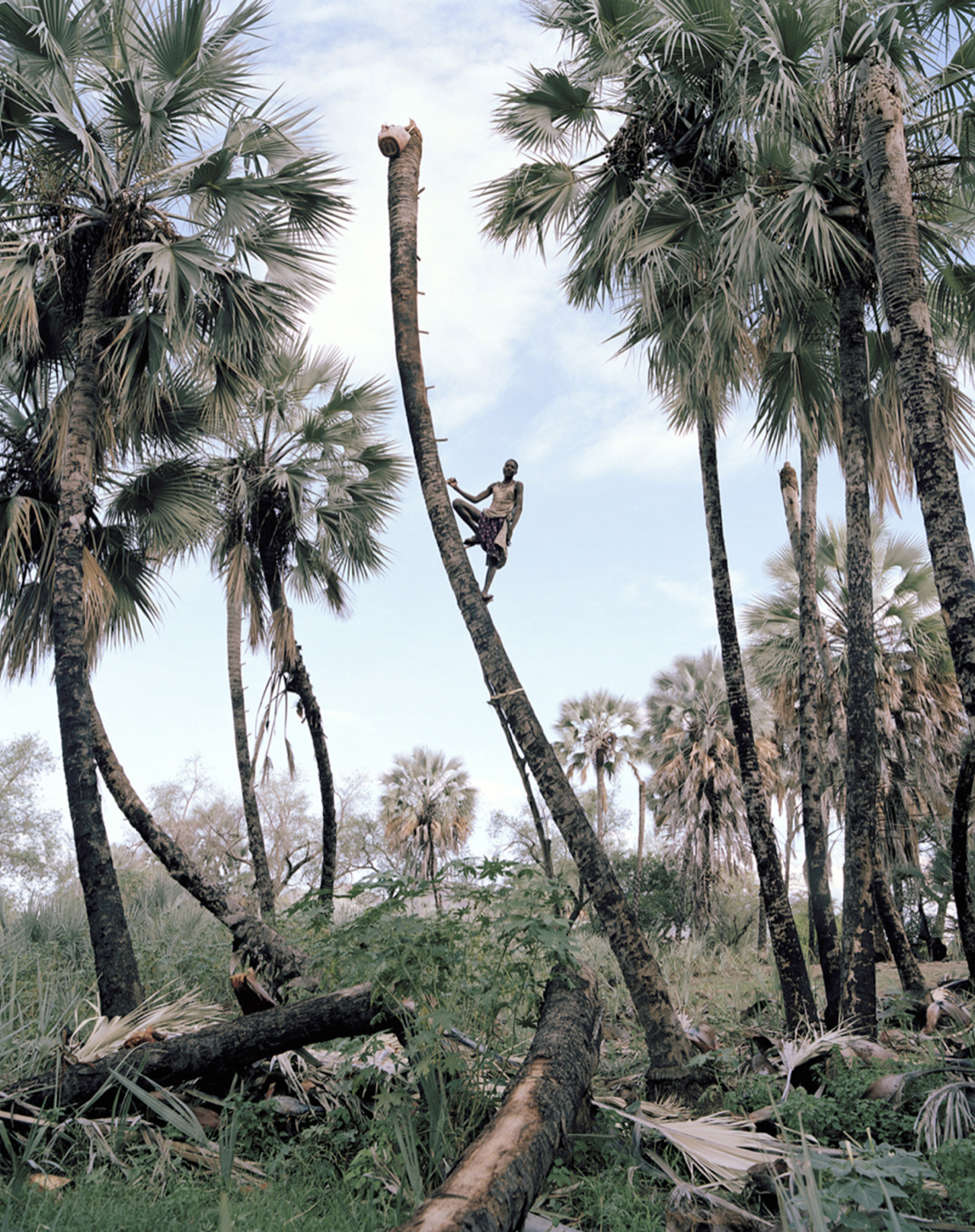 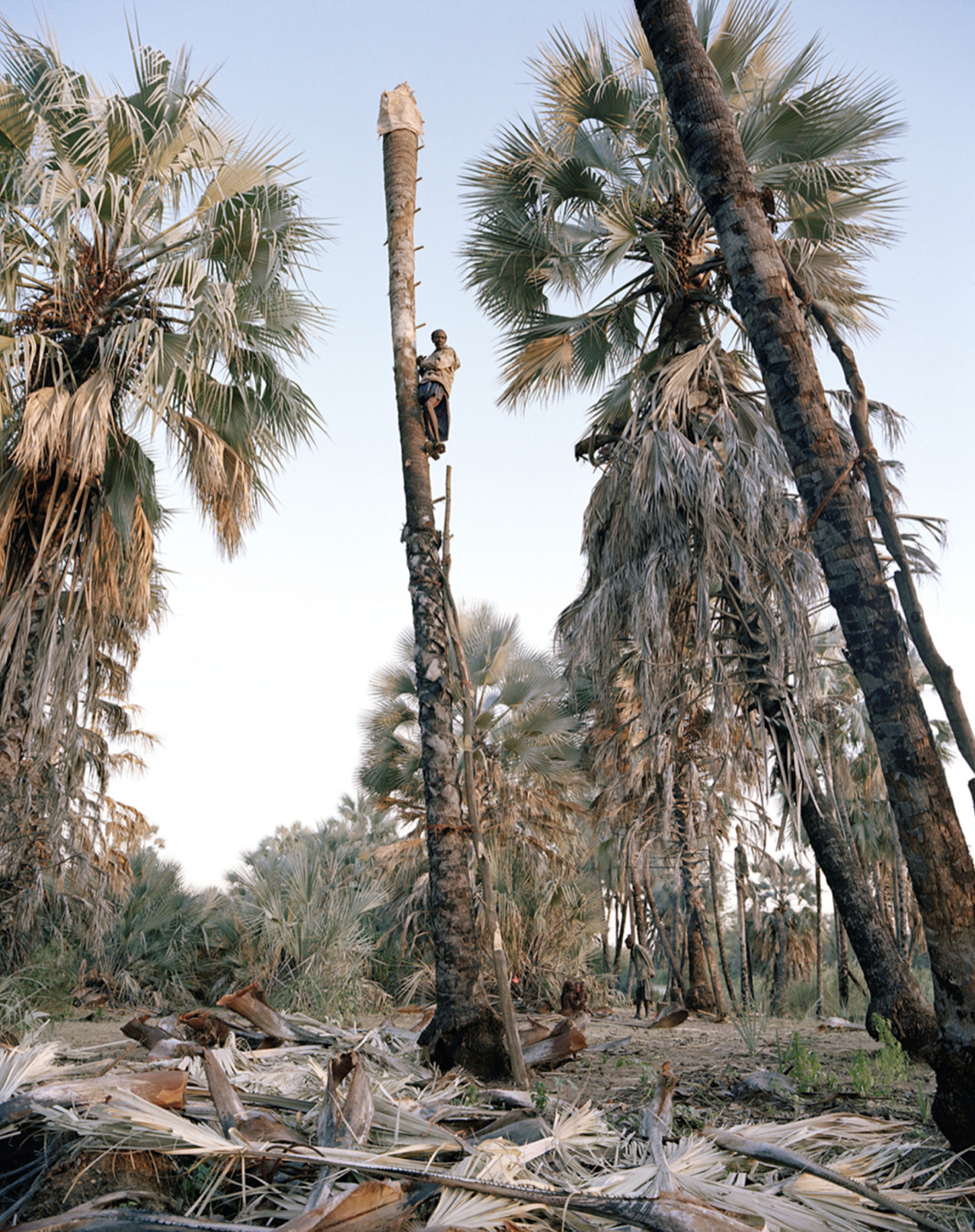 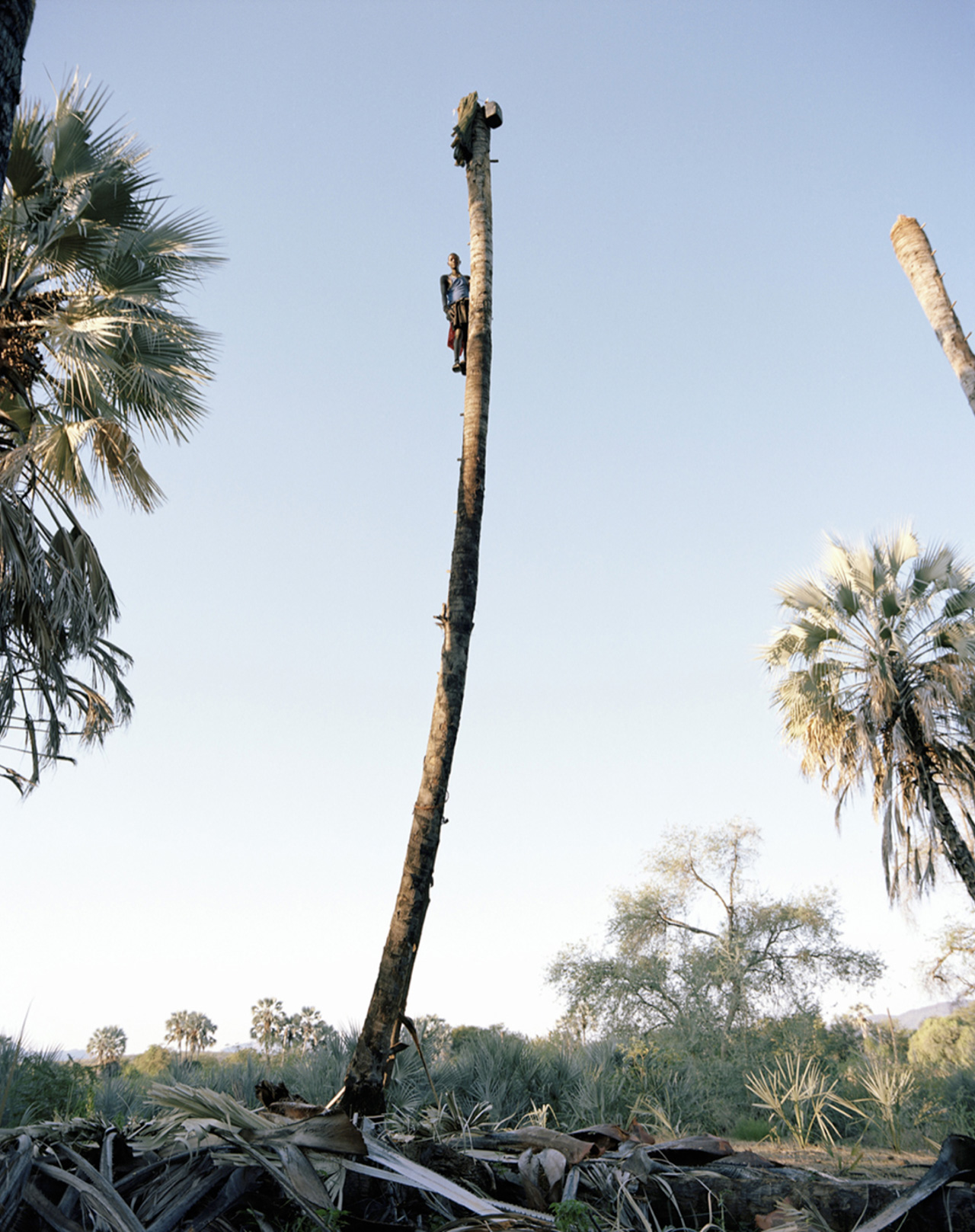 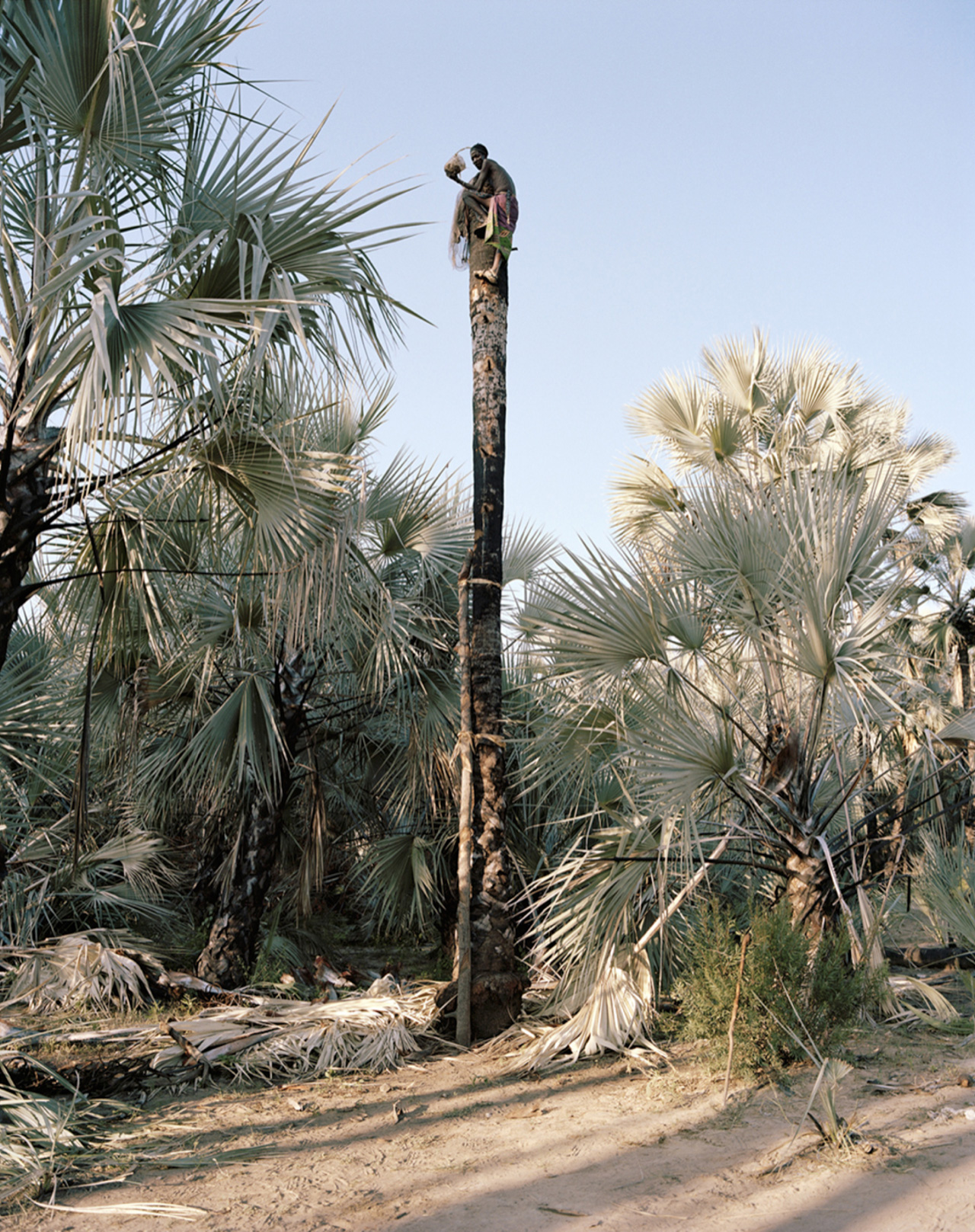 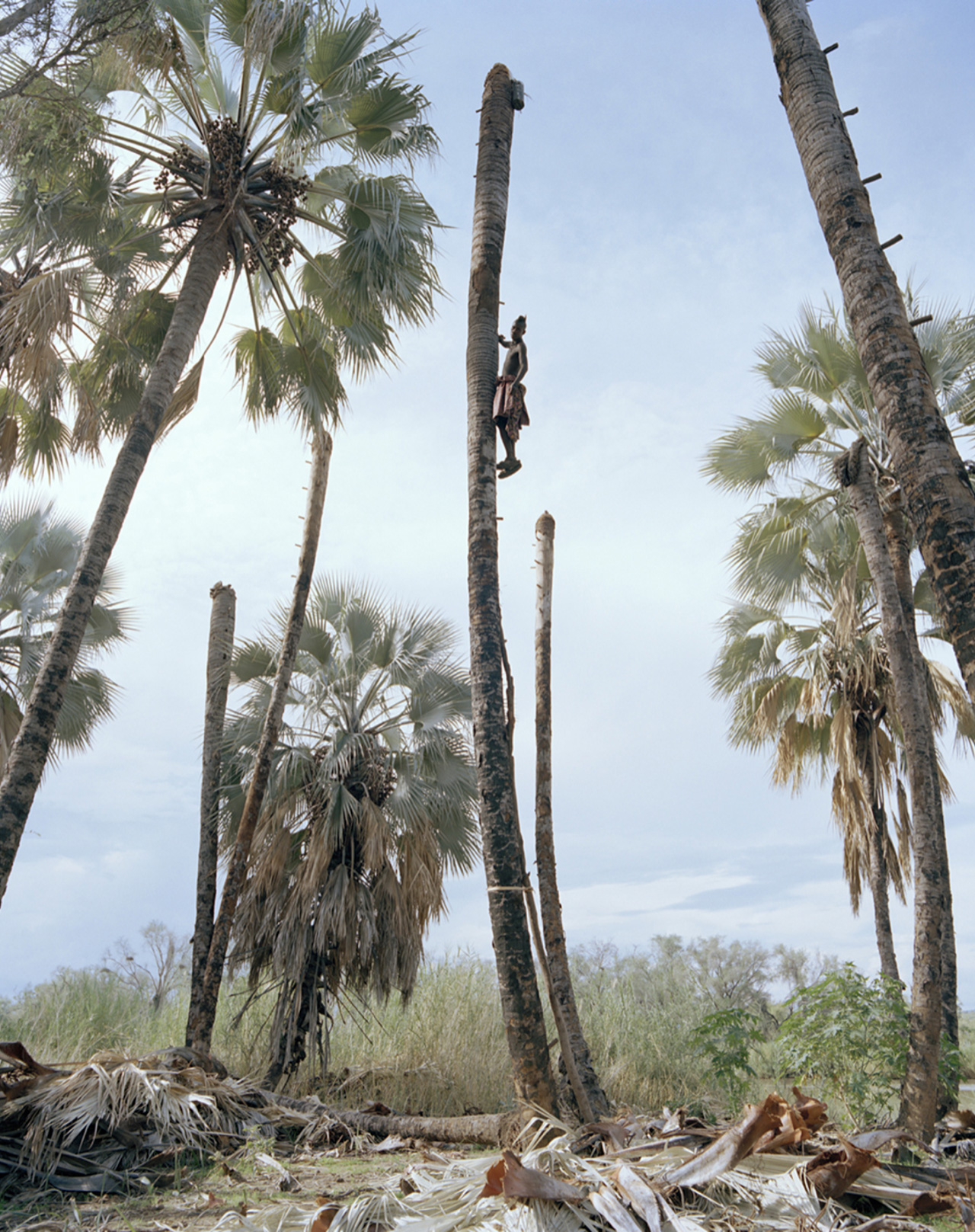 Ethnographic photographer Kyle Weeks (b. 1992, Namibia) aims to represent the African continent without the inherent power dynamics that voyeuristic photography is known for. Having a South African father and American mother, he describes how he can easily shift between perspectives and use it as a tool to document the cultural differences in a more honest and ethical way. In his series Palm Wine Collectors, he shot environmental portraits of young Himba men as they tap palm trees for palm wine, known as Otusu. Although the practice is banned by the government, they continue the tradition, as it provides meaning and an anchor in their rapidly changing world.

Weeks captures this clash of tradition and modernity in a beautiful, yet somewhat absurd way. The palm trees grow to dizzying heights, making the men climbing their way to the top appear like majestic giants surveying their territory. With Palm Wine Collectors, Weeks presents an alternative view on African cultural identity. He states: “These images are meant to empower the people depicted within them, highlighting an otherwise unknown facet of their culture, one they take great pride in.”