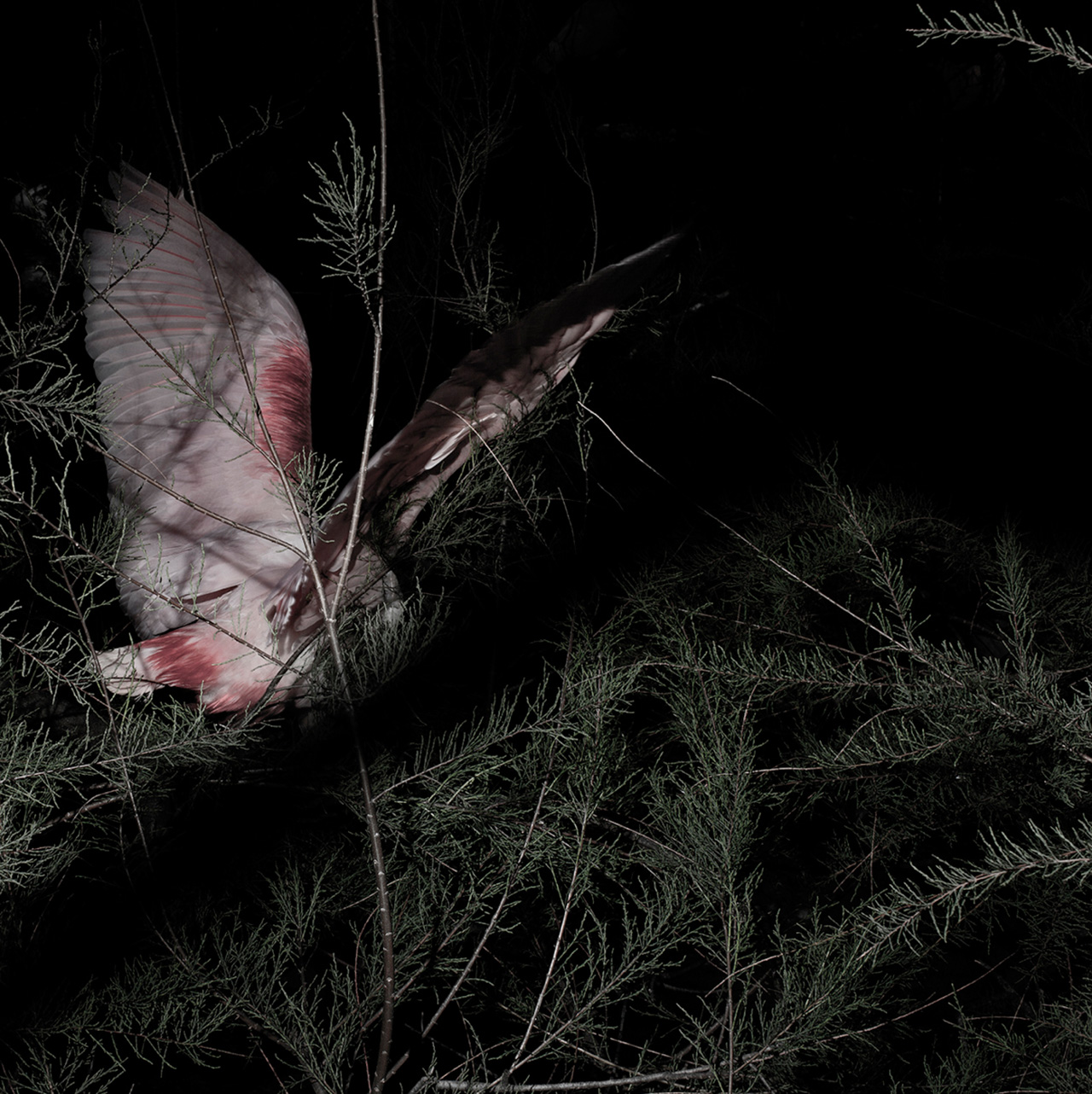 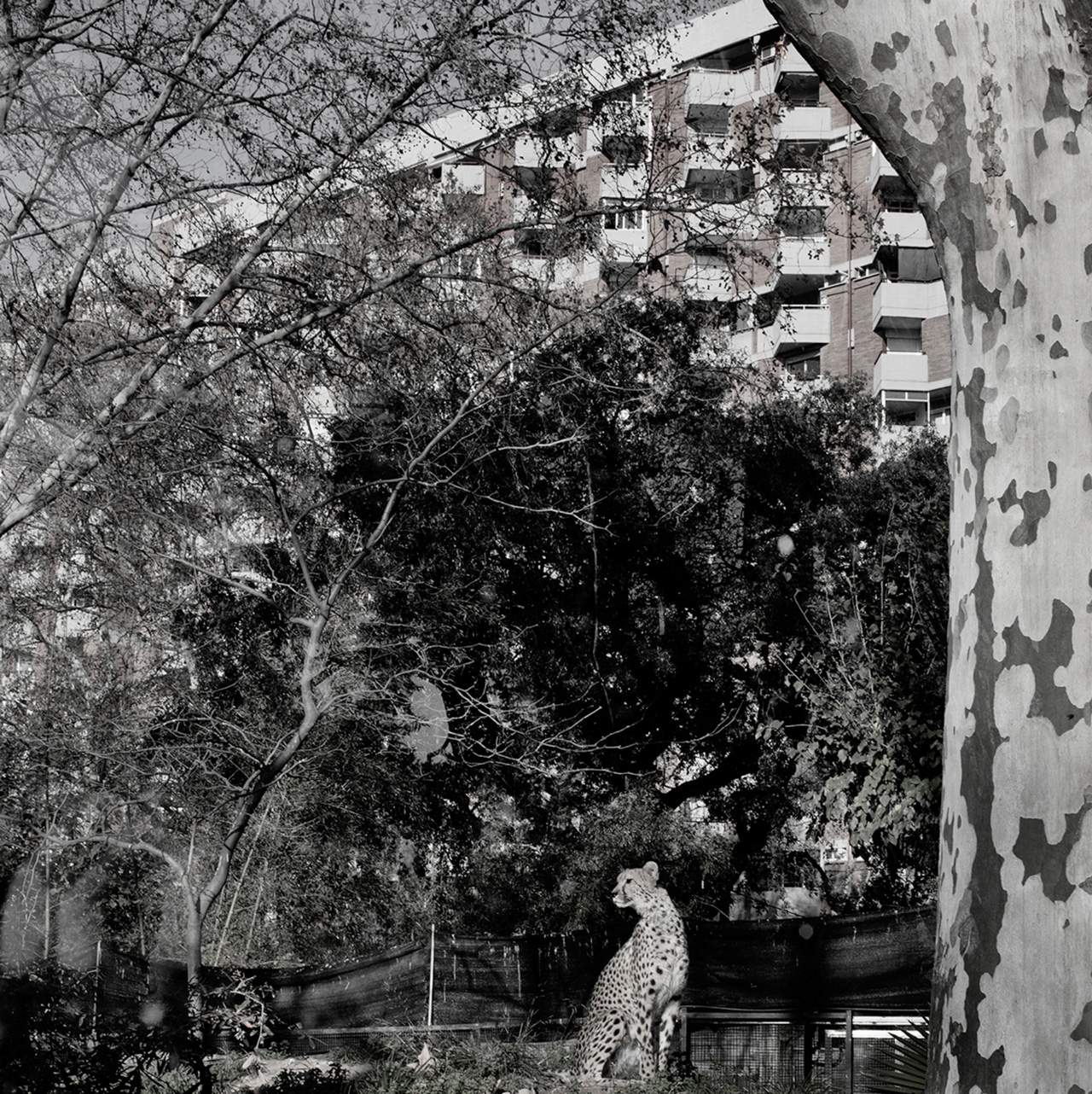 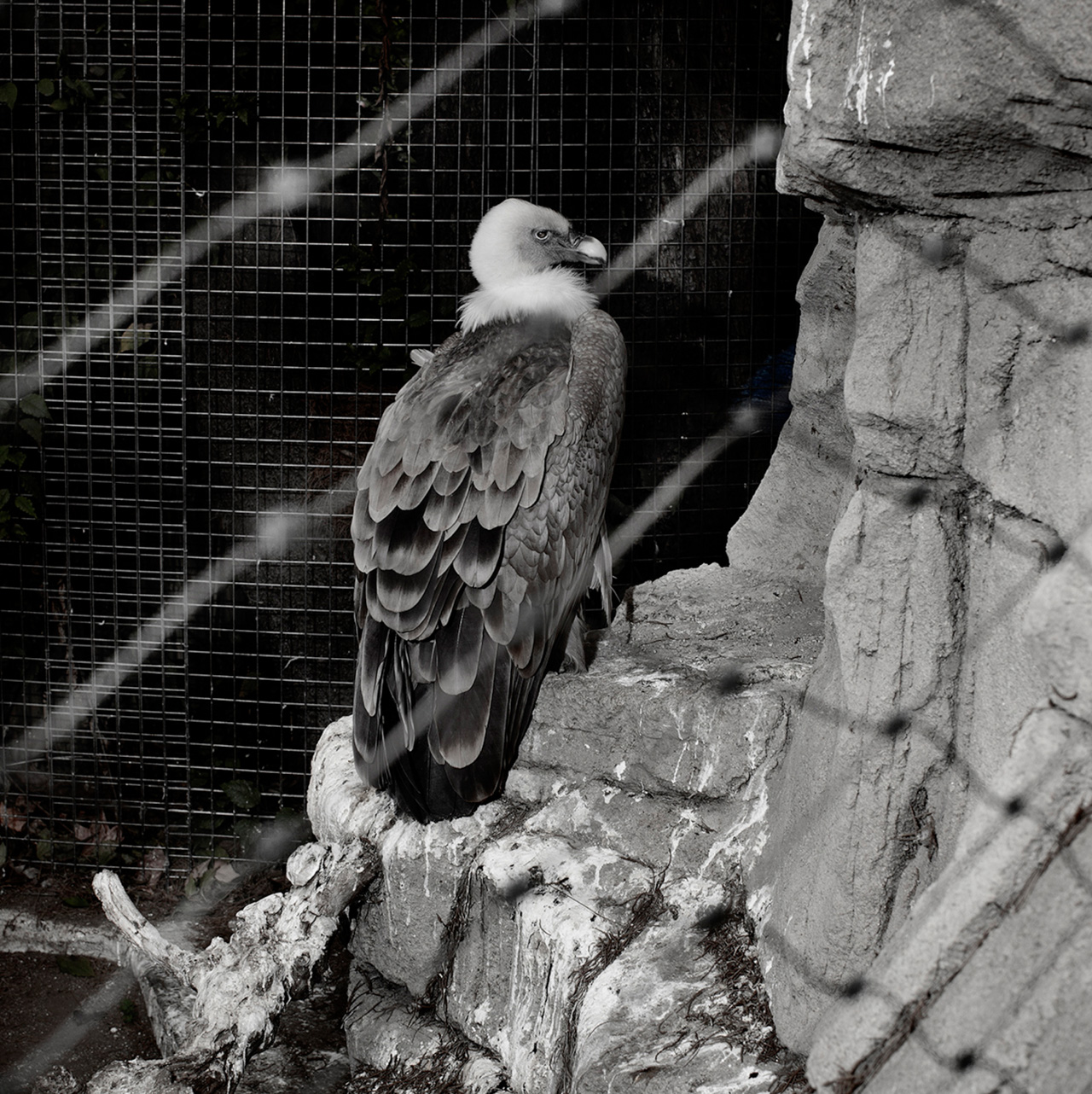 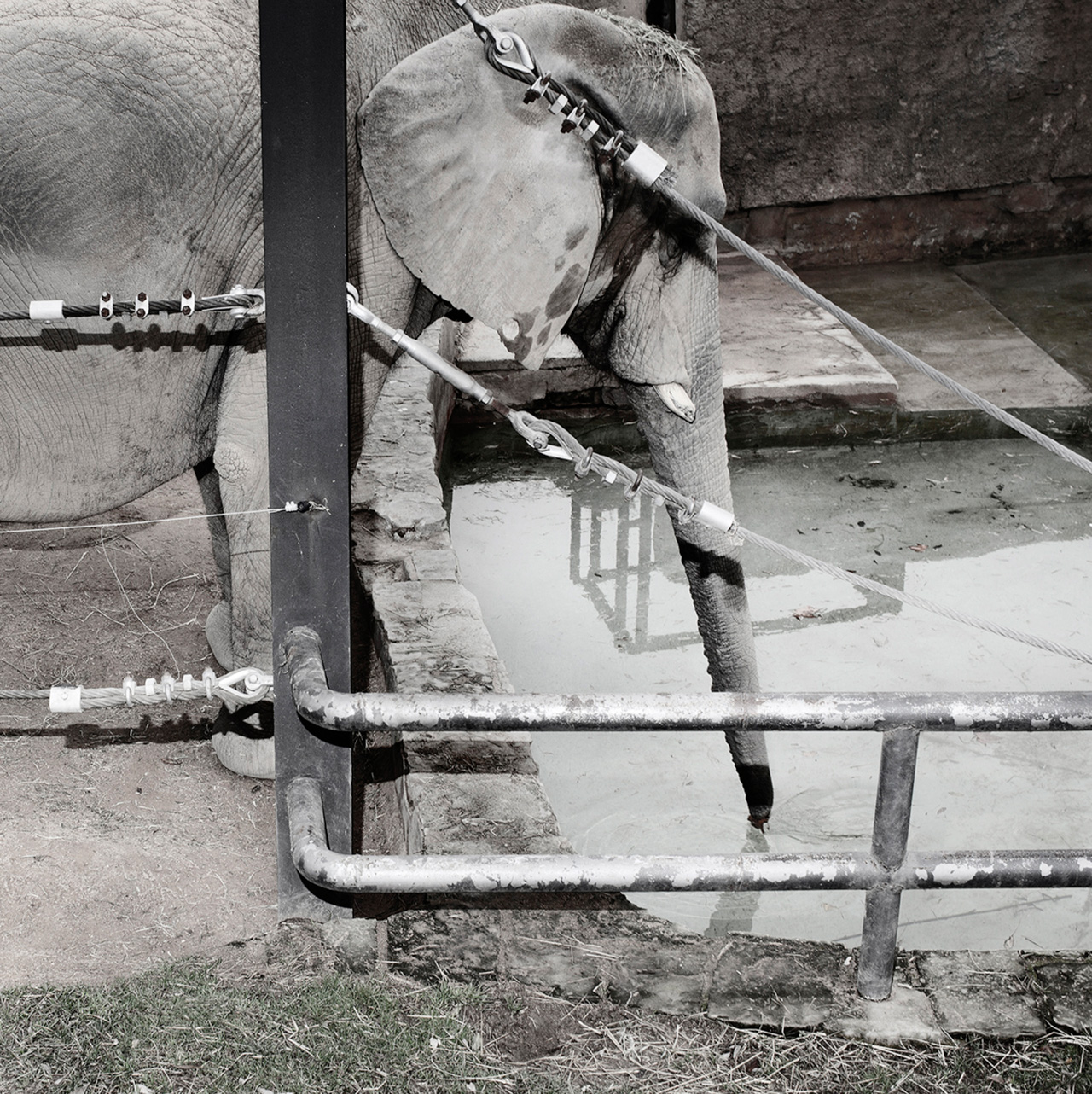 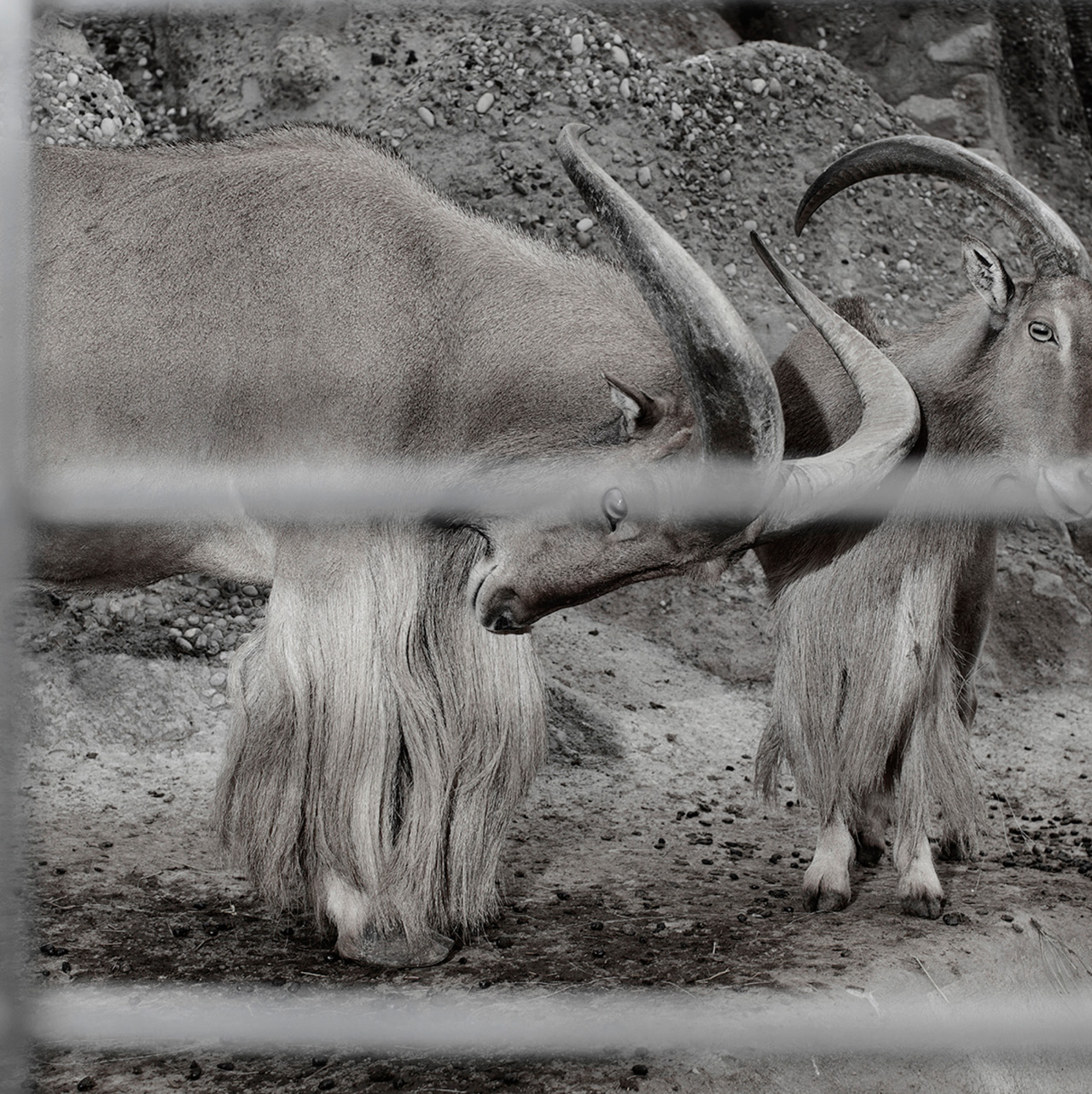 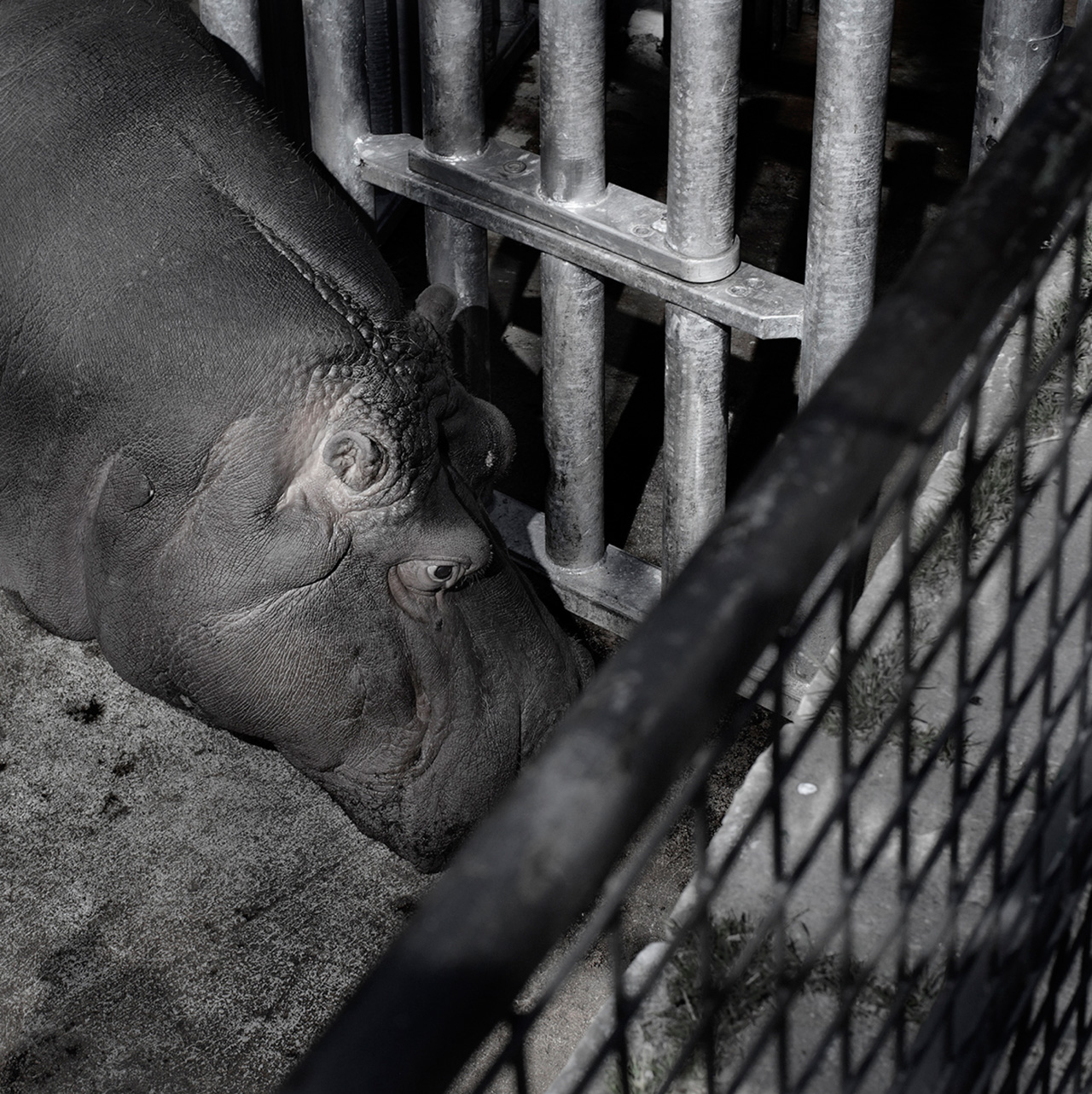 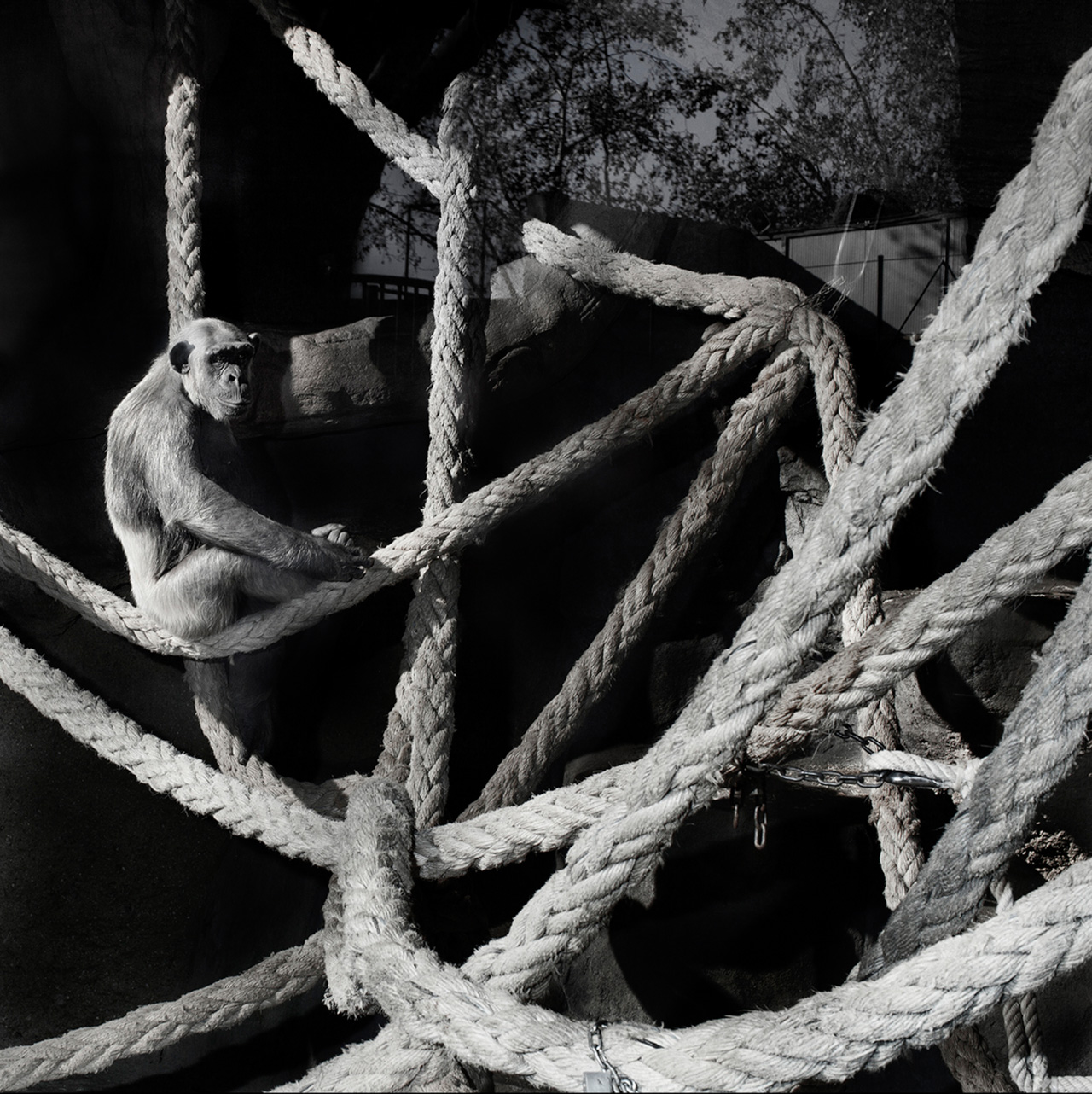 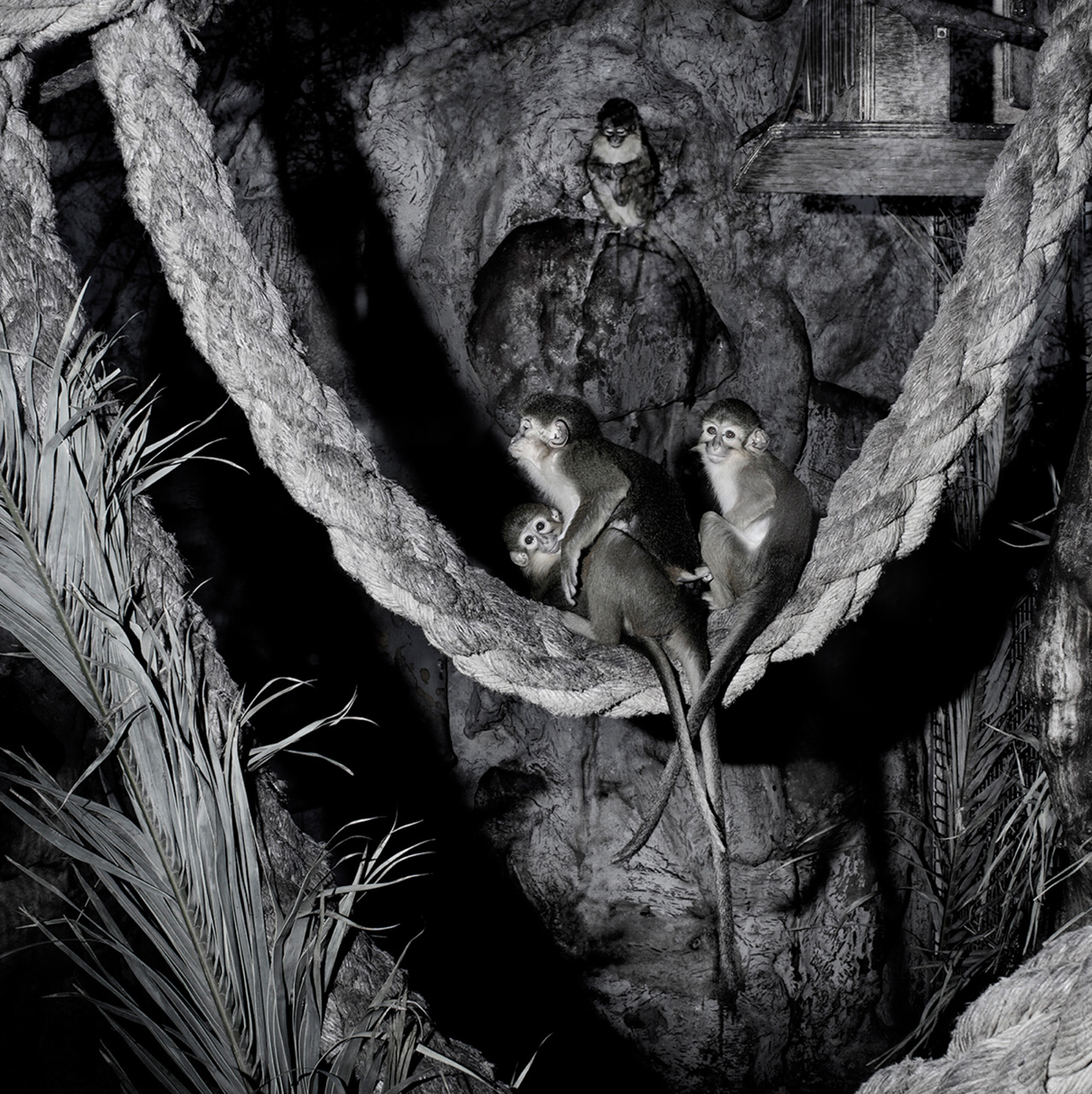 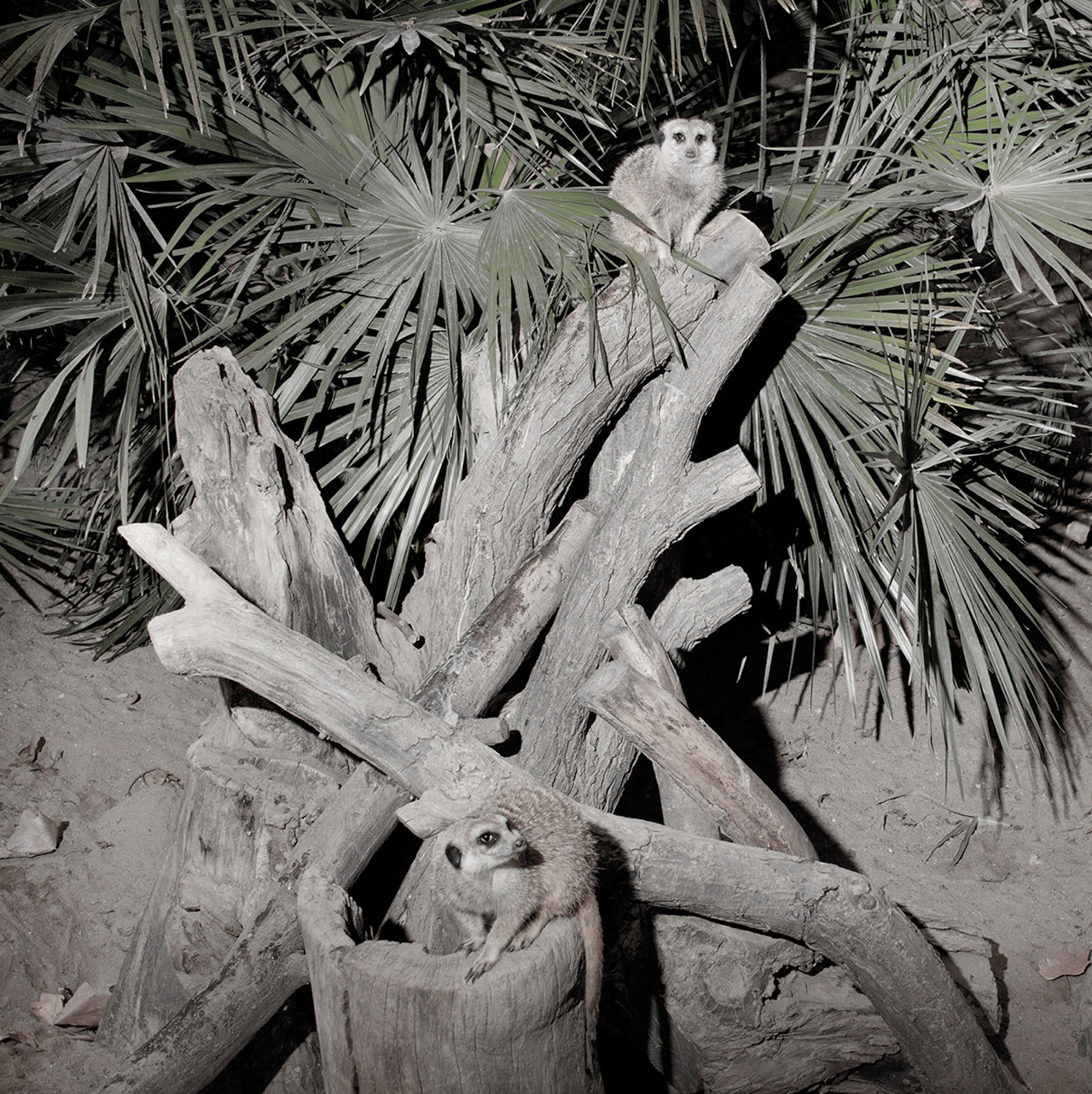 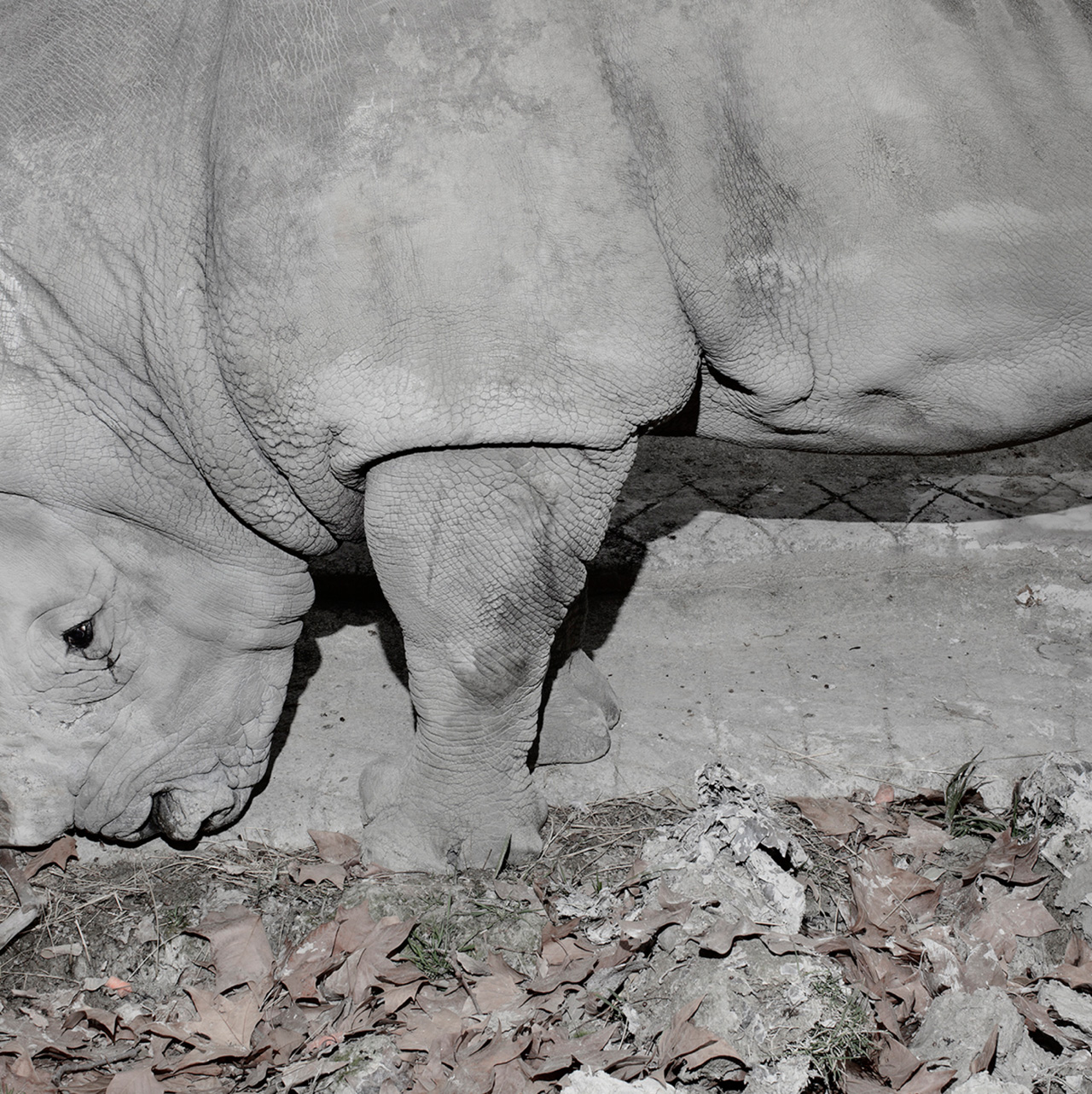 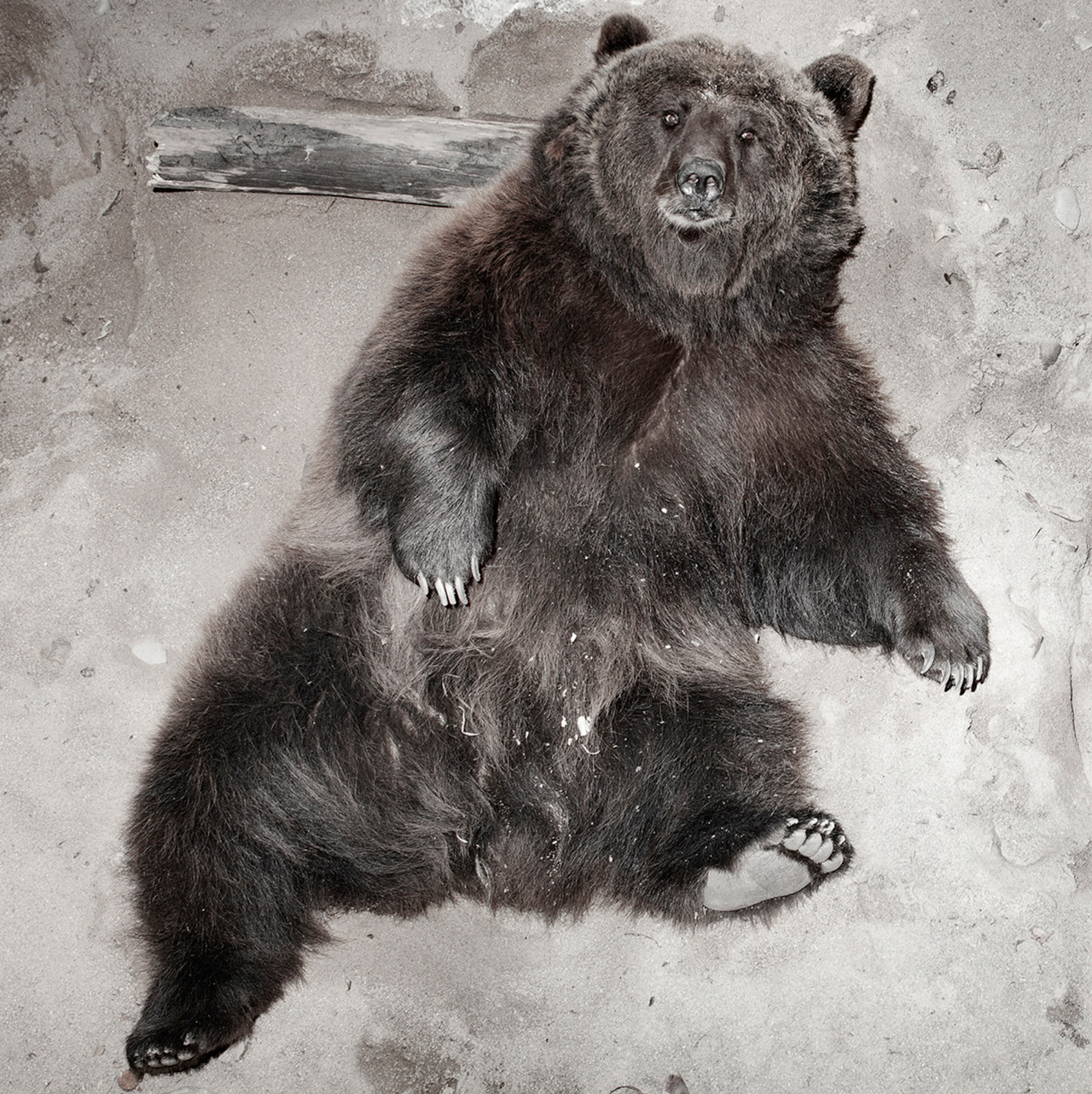 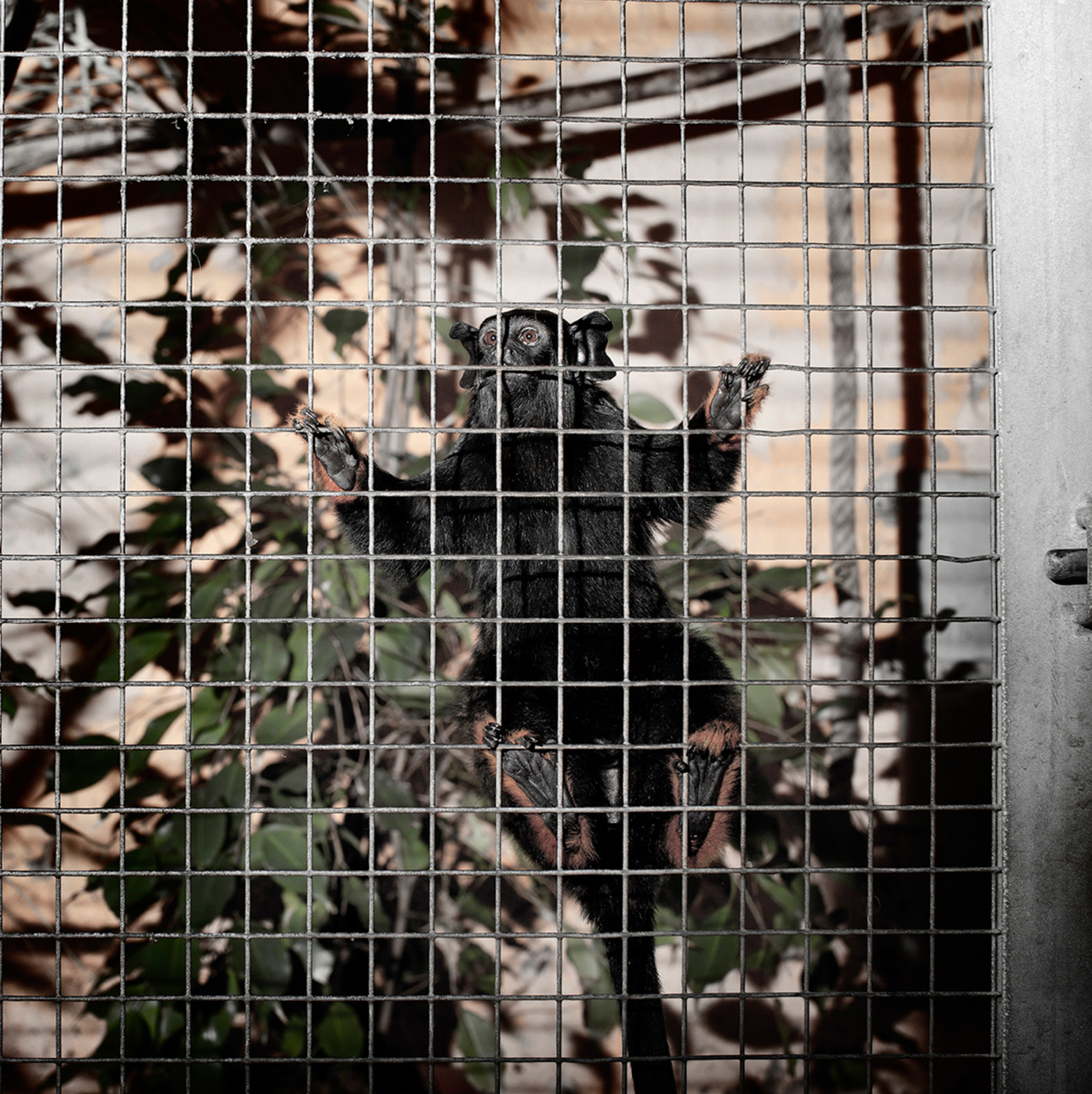 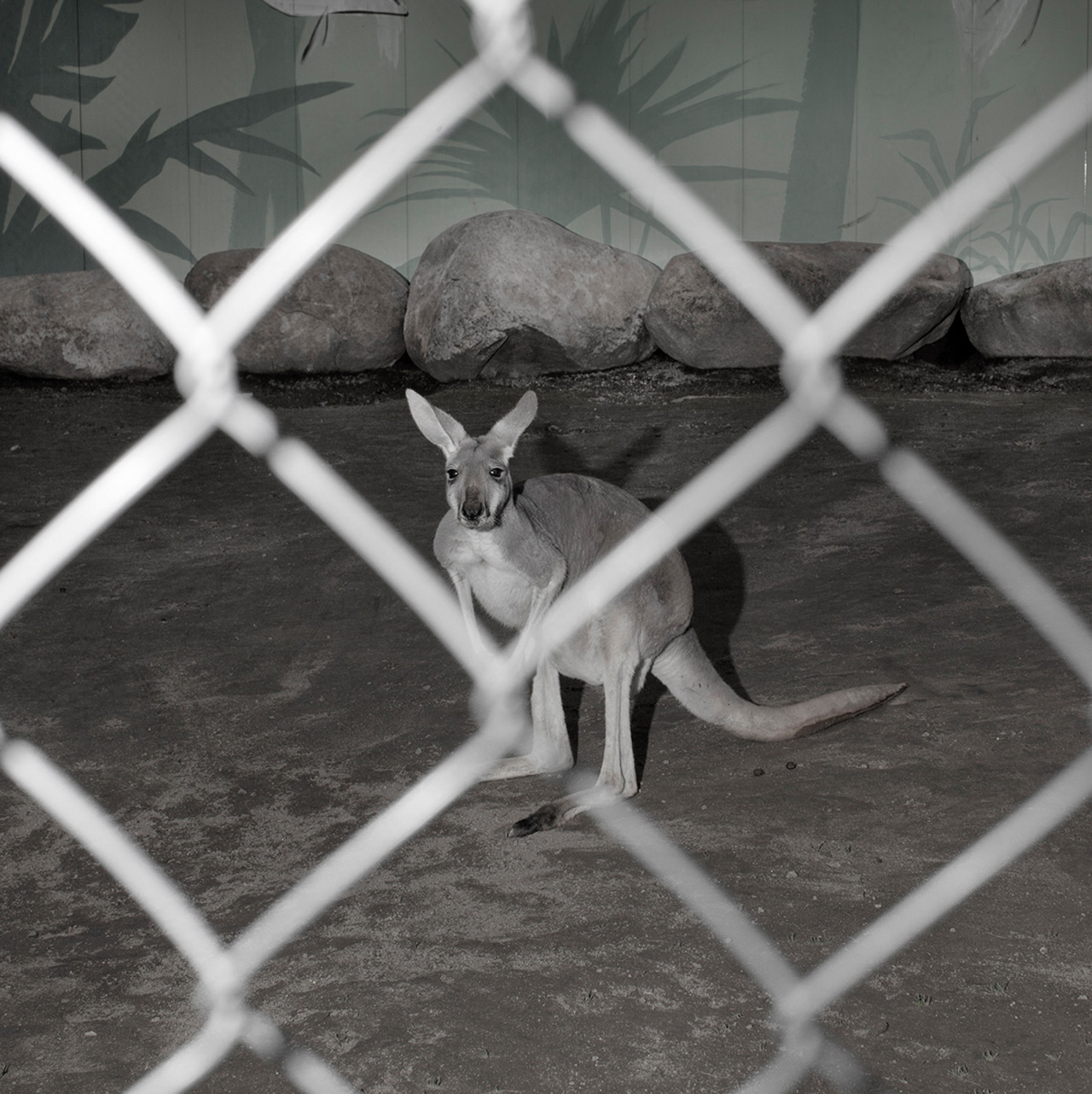 In his series Necrofilia, Spanish photographer Toni Amengual (b. 1980) has photographed animals in a Barcelona zoo. With the unusual title, the artist cites Erich Fromm’s concept of Necrofilia, which is an idea that the controlled nature of life in modern societies creates individuals that are already dead while living.

He applies this concept to the zoo, described by him as a city within a city, as a system that in exchange of food and protection, strips a wild thing and domesticizes it. Left bereft of a sense of purpose, the animals live their lives in anticipation of death, the only exit from their caged world. Amengual portrays the animals of the zoo therefore as necrophilic beings, nearly devoid of colour and spirit, their enclosures and constructed surroundings an inseperable aspect of their being.

How ethical is it to take a wild being out of the wild? By showing us this monochrome, bleak world, the artist confronts with the harshness and inherent inhumanity of confining animals to a life behind walls.