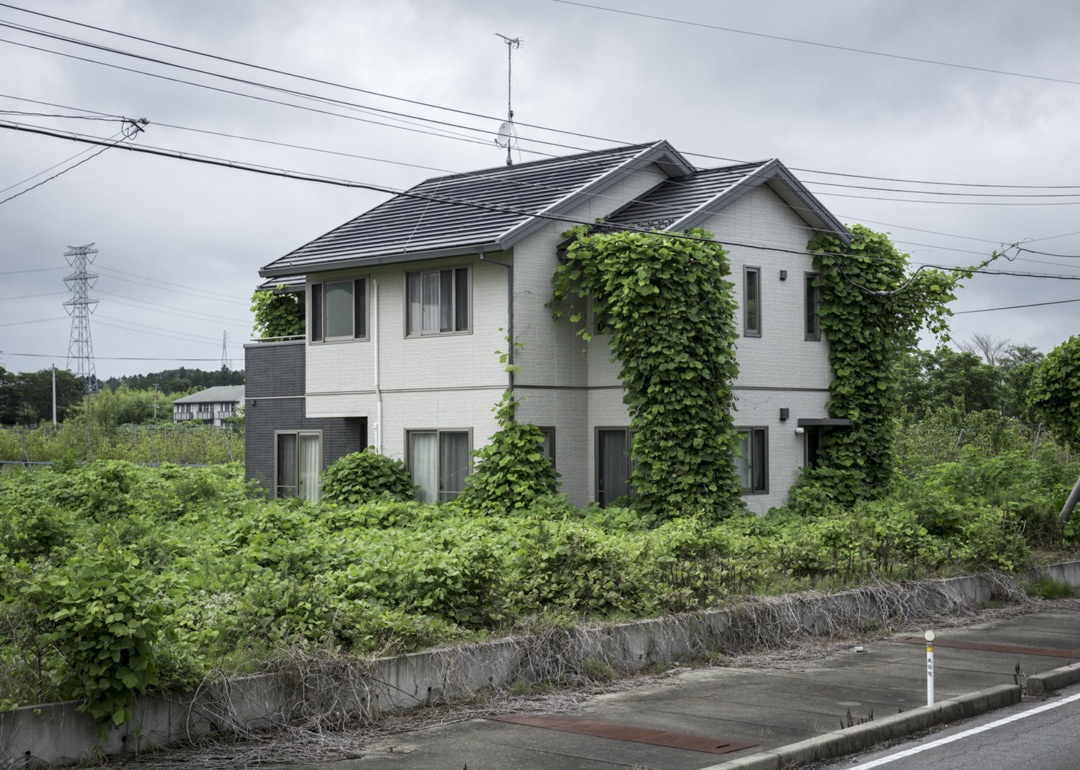 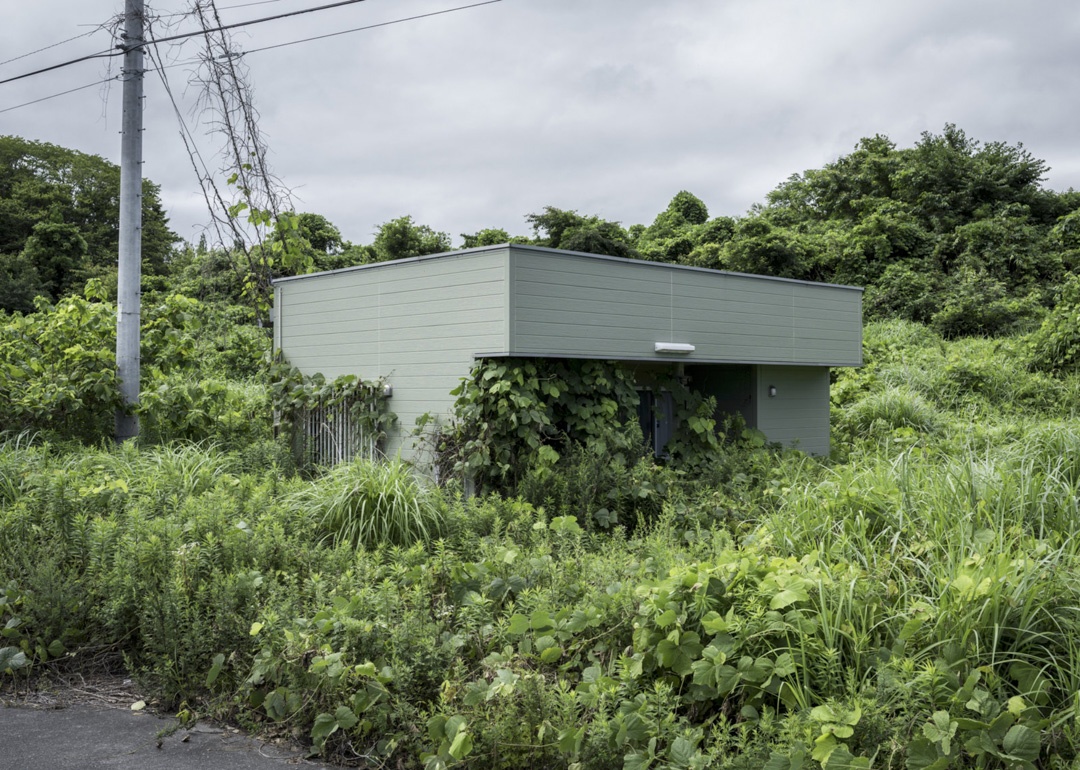 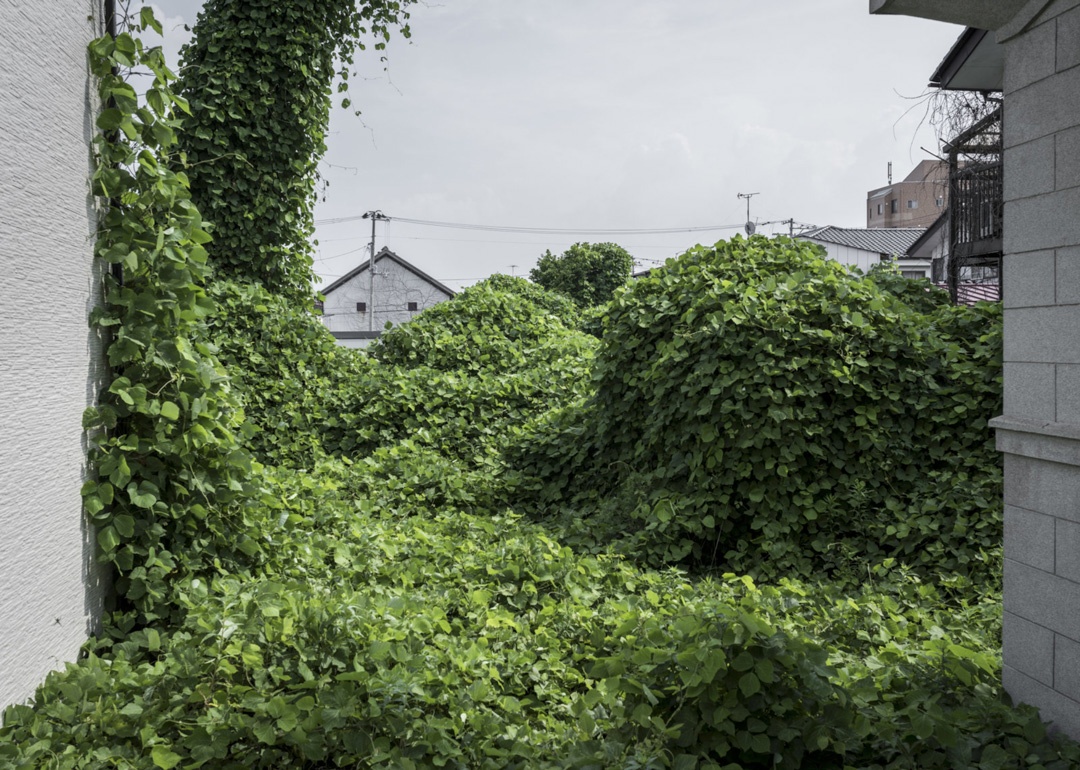 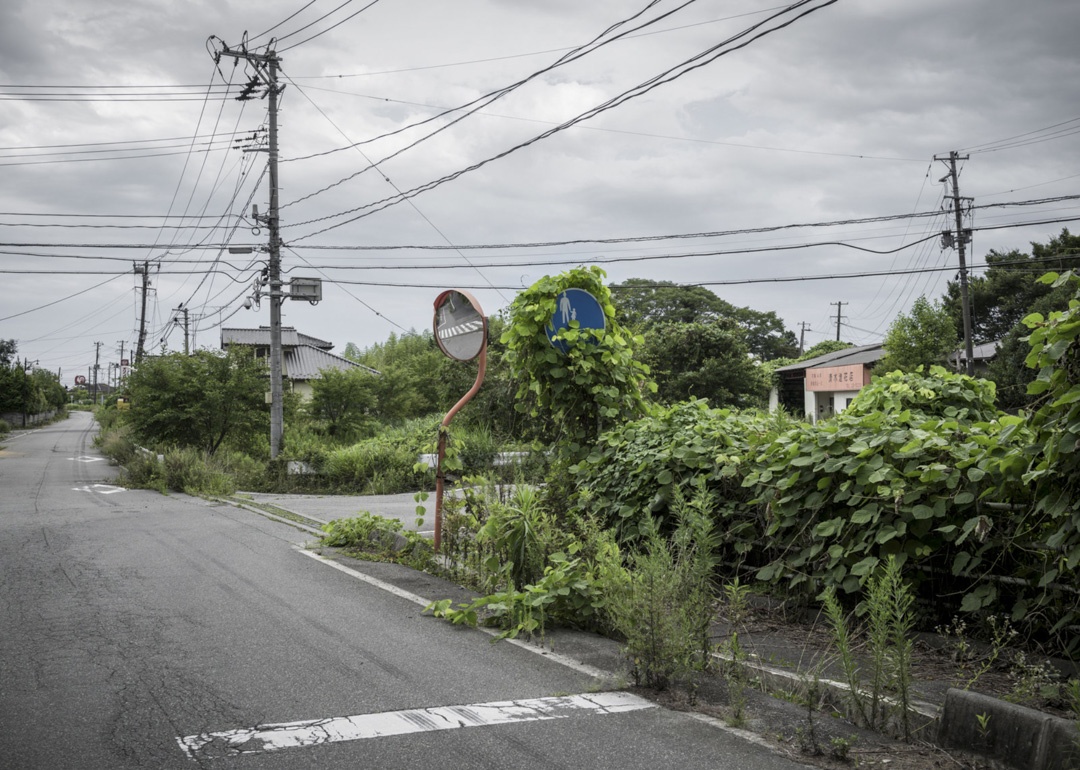 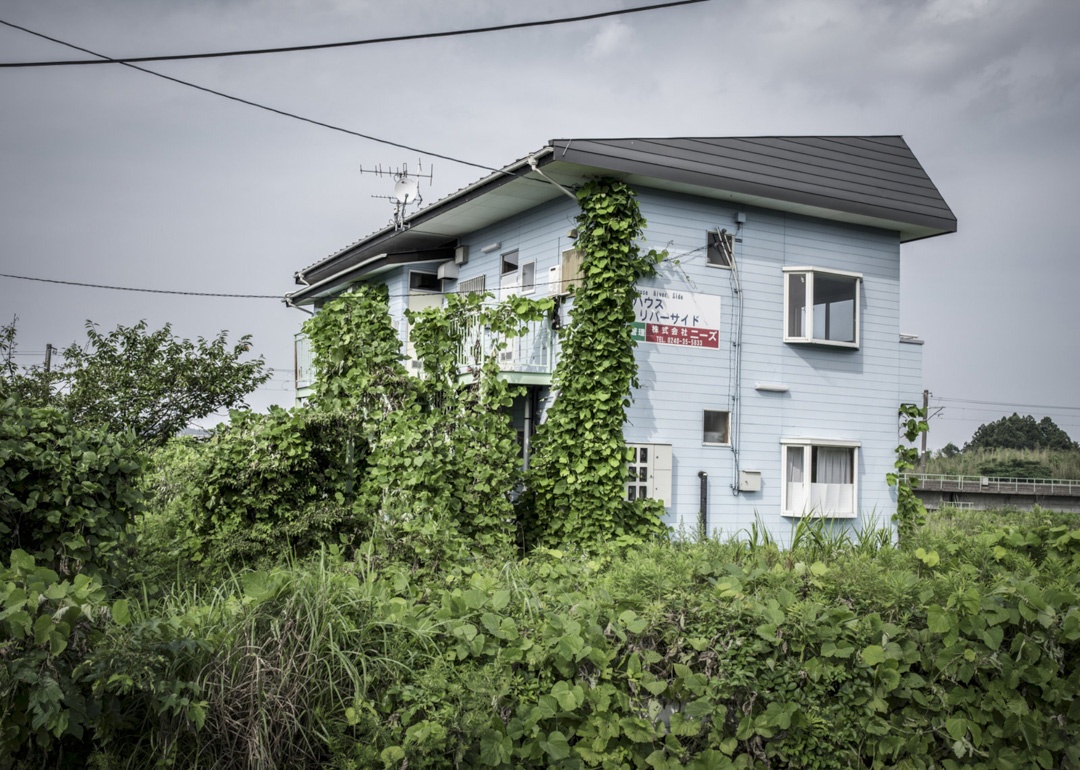 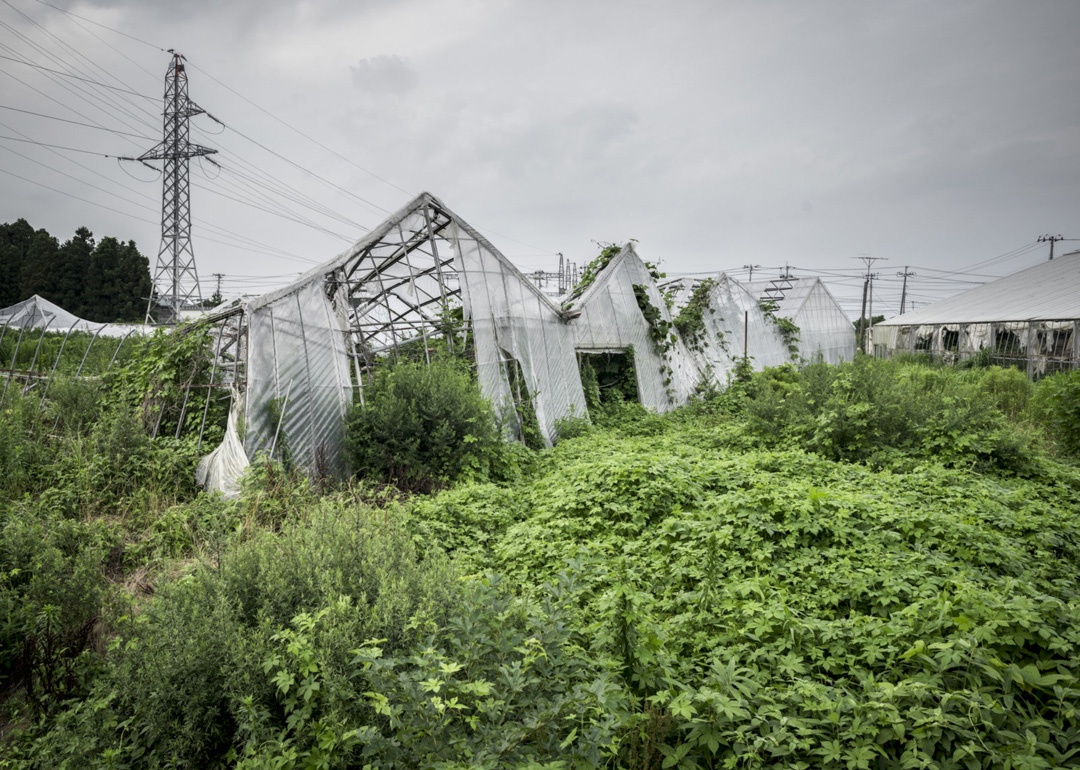 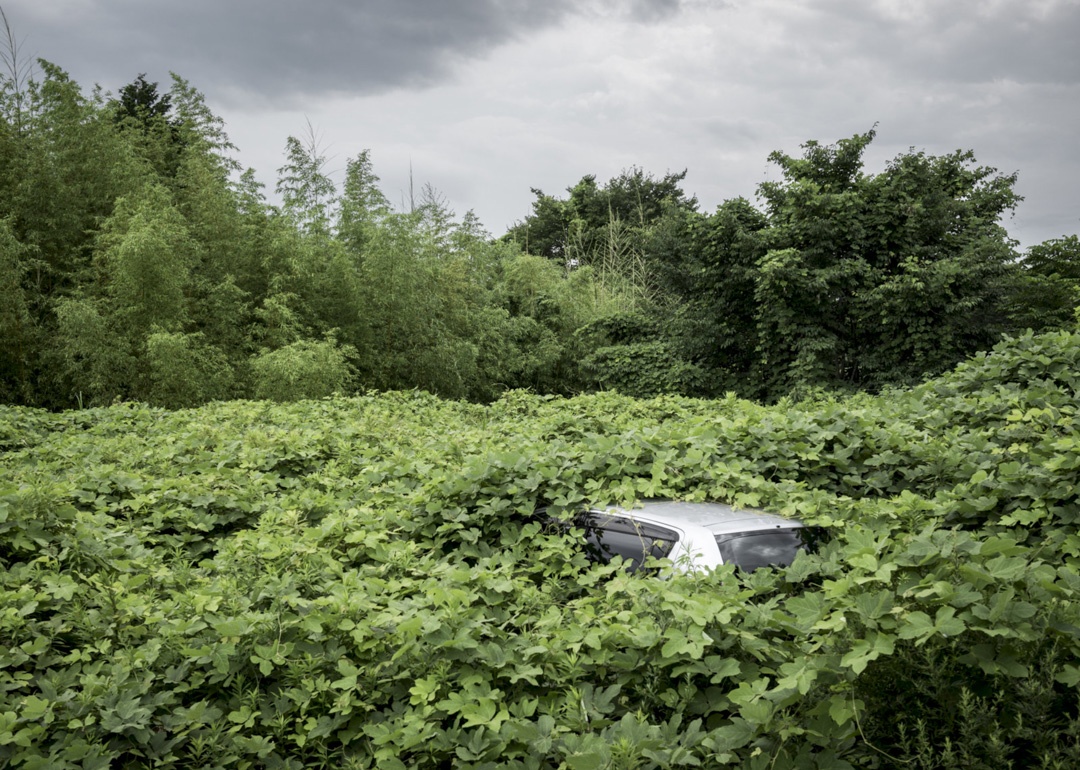 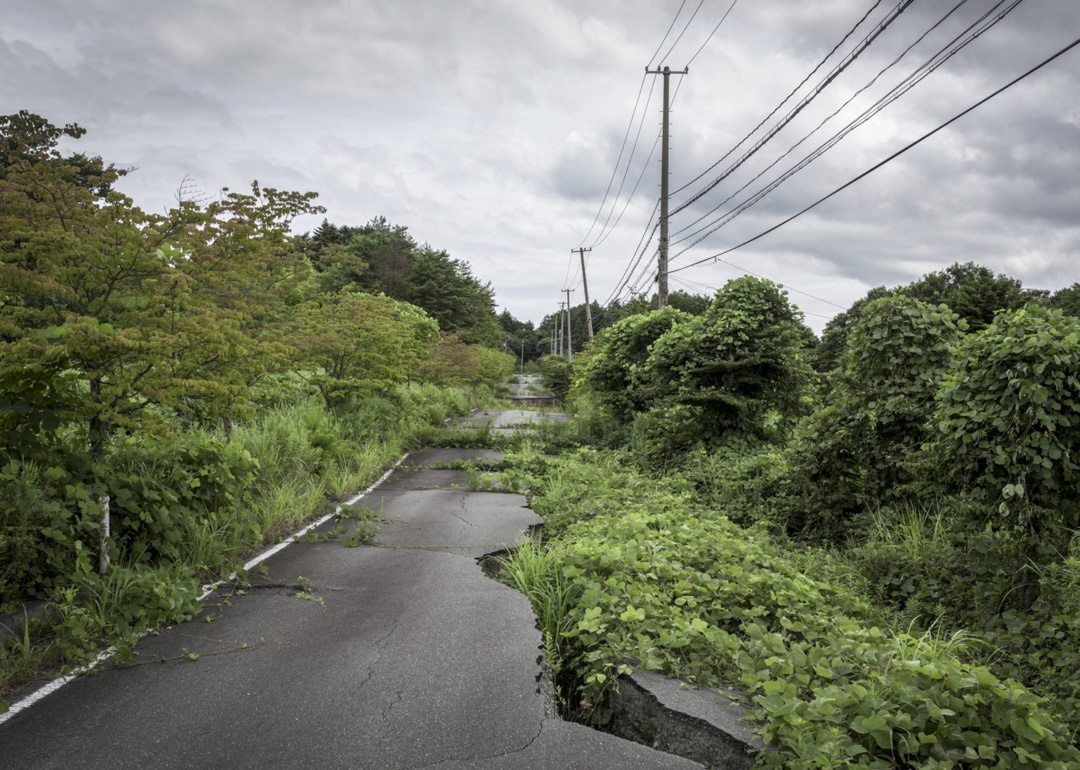 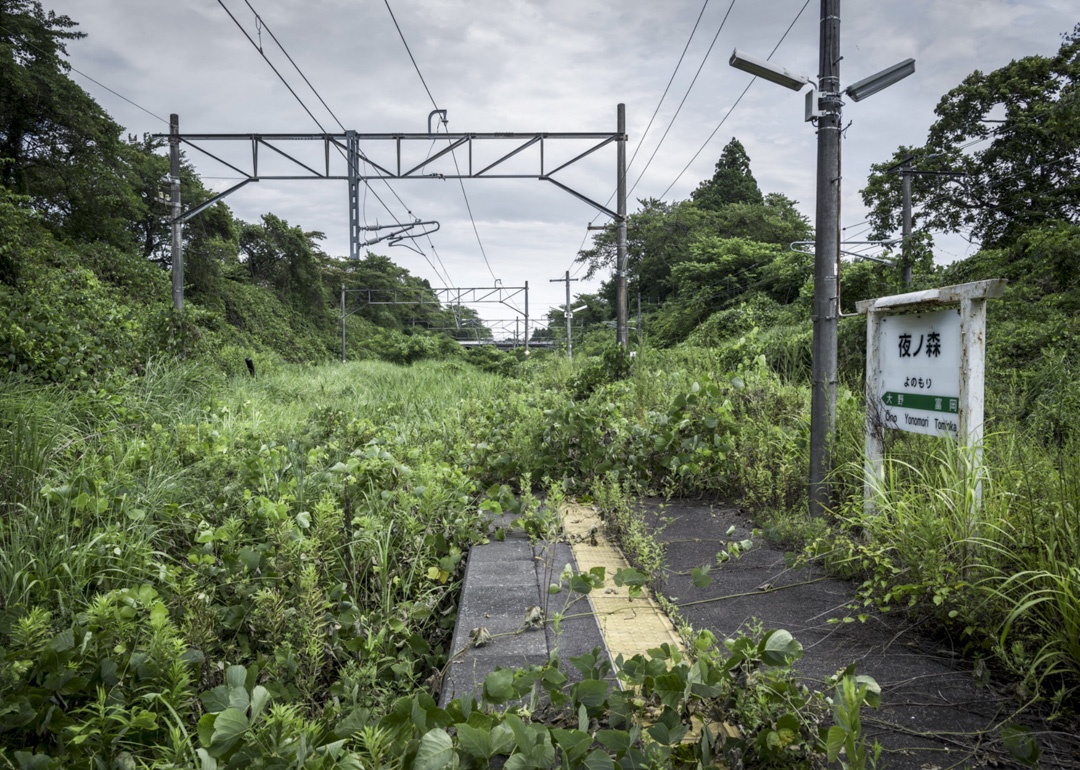 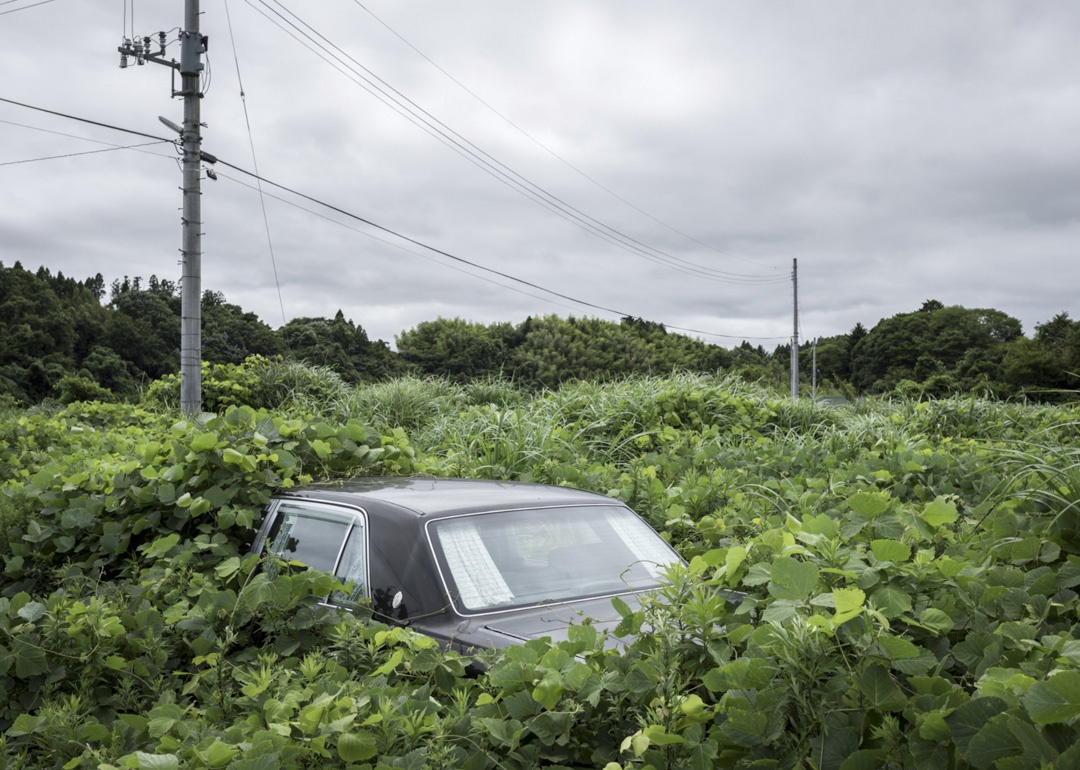 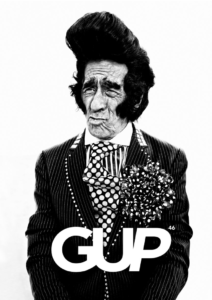 Since the 2011 nuclear meltdown in Fukushima, Japan, which led to mass evacuations, entry into the affected area has been restricted: a ‘no go zone’. Guillaume Bression (1980, France) and Carlos Ayesta (1985, Venezuela) have been making a yearly visit to document the state of Fukushima ever since, portraying in an artful way the damage and sense of loss experienced by former residents.

In this series, Nature, the latest chapter in their overarching project No Go Zone, Bression and Ayesta show the lush growth of plant life as it gently but powerfully overtakes the abandoned buildings, roads and other manmade constructs. With no people left in these scenes of Fukushima, we get a sense on a small scale of the true meaning of post-apocalyptic – were it not for the verdure, we might be inclined to keep our arrogant illusion that the end of humanity is the end of everything. To the contrary, in these images, which are seemingly overshadowed by something ominous, optimism flourishes.