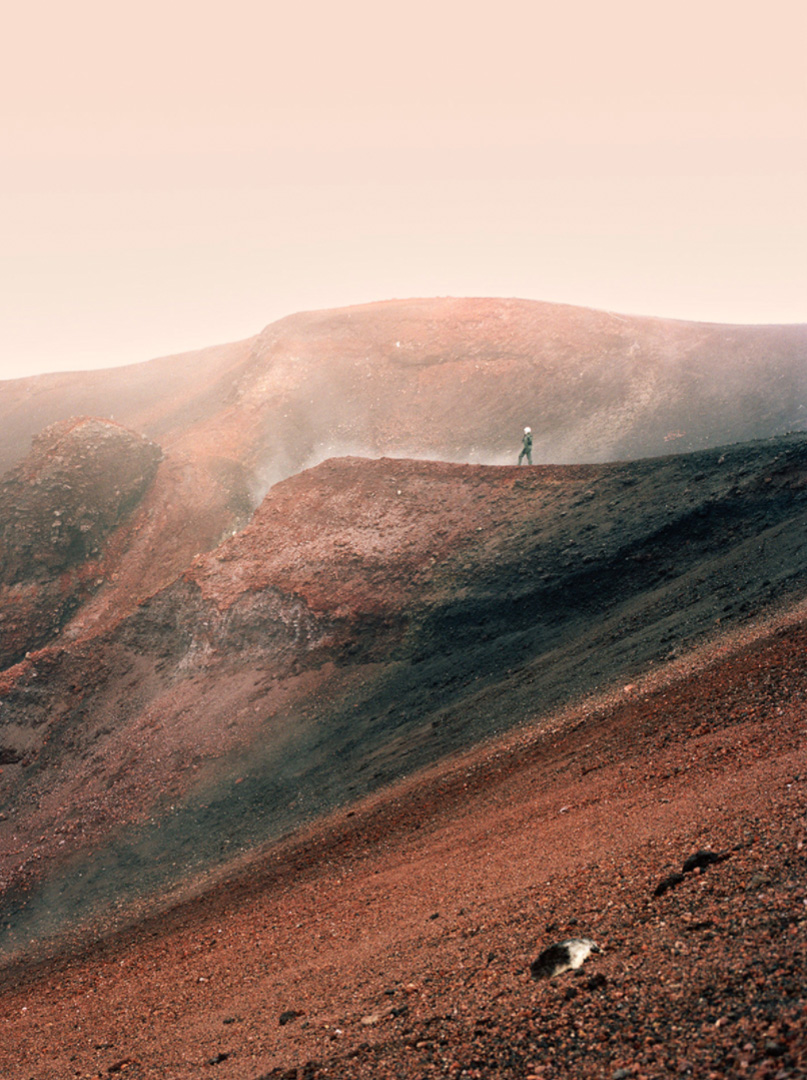 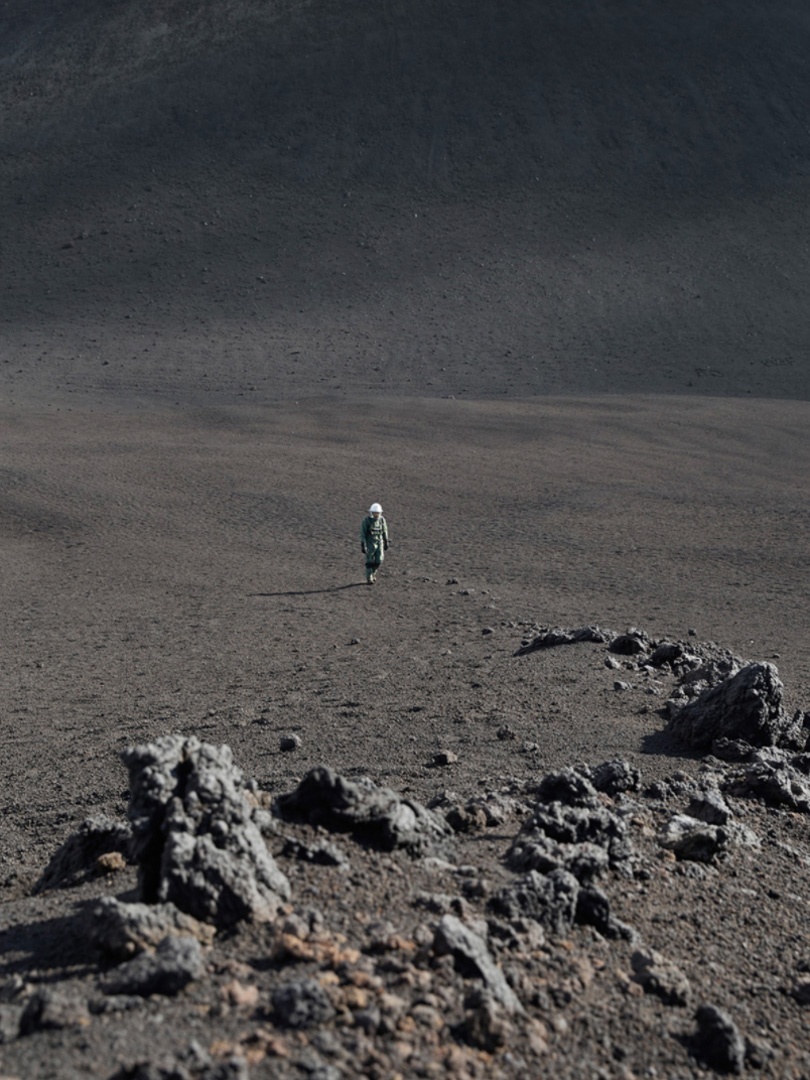 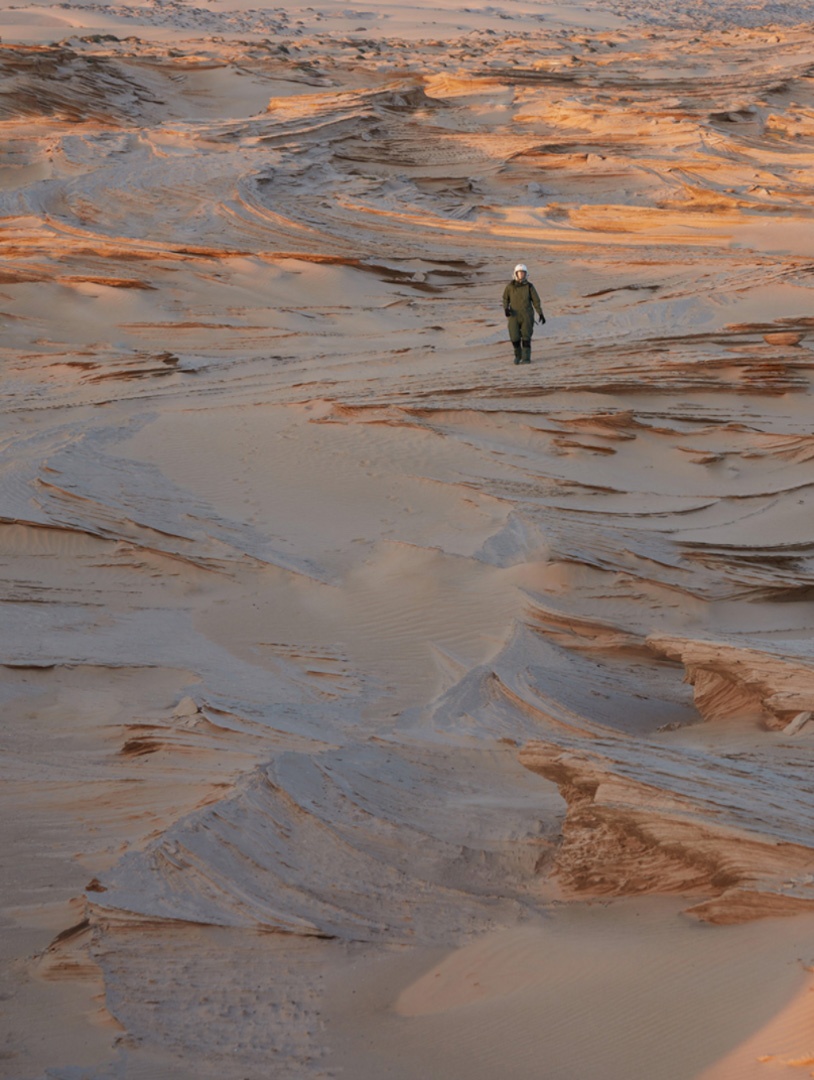 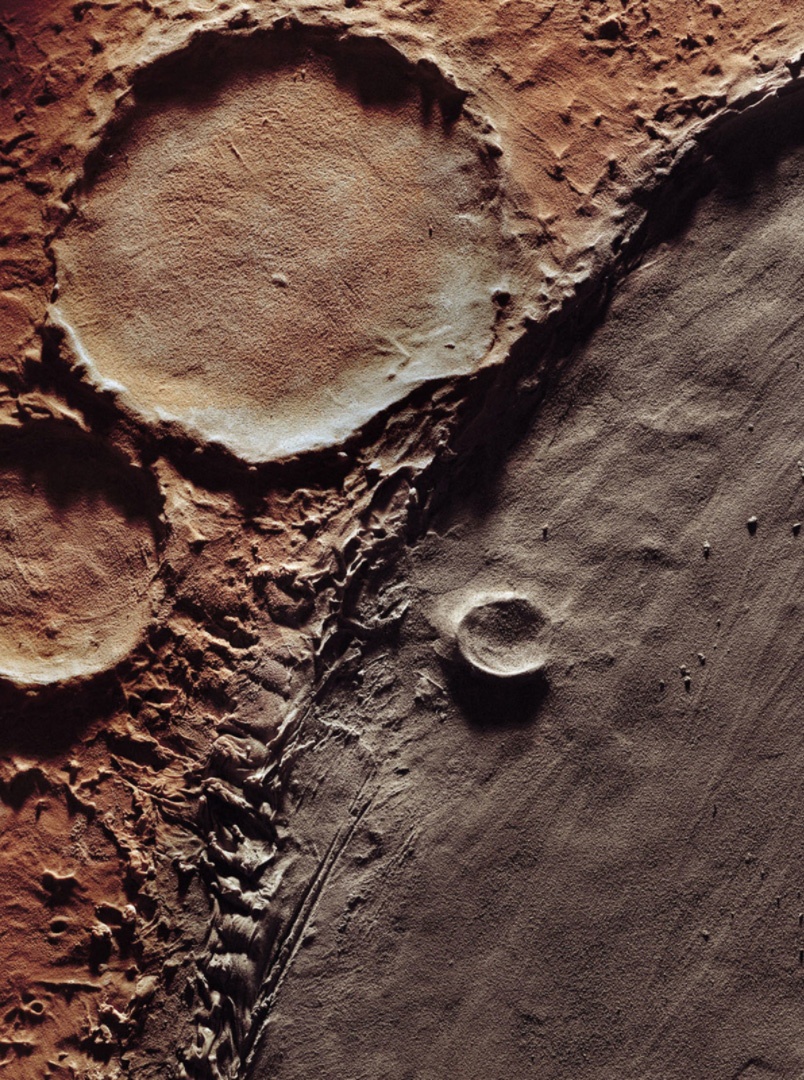 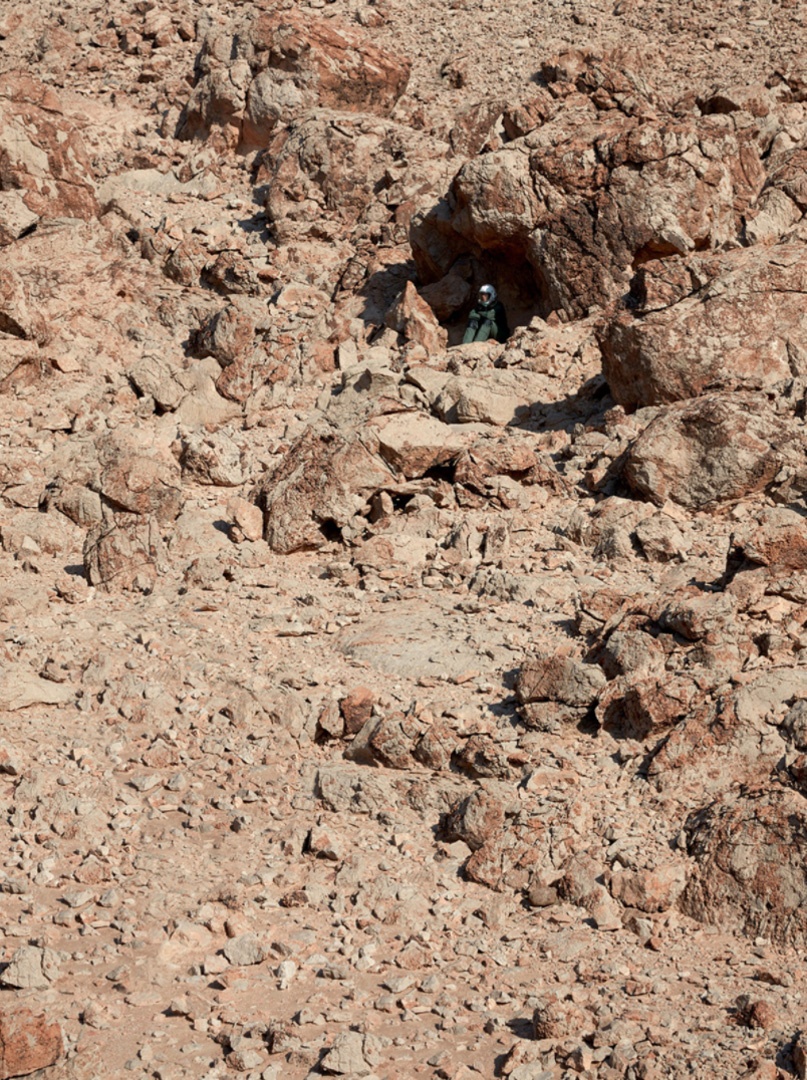 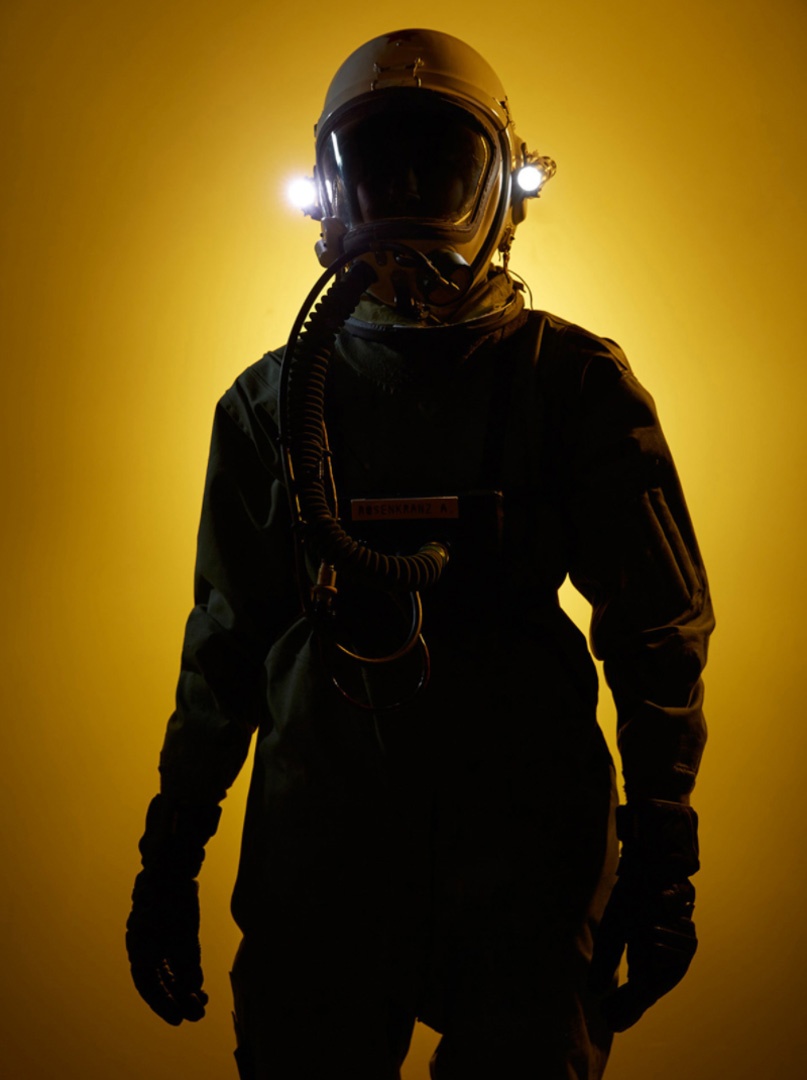 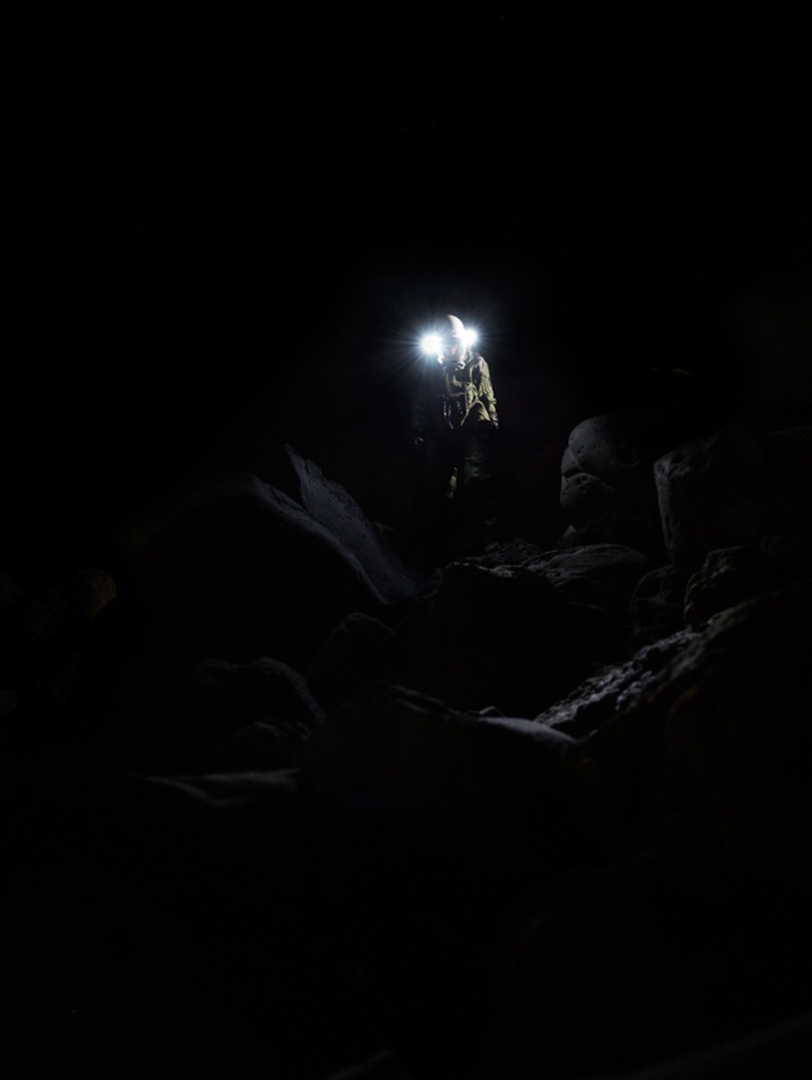 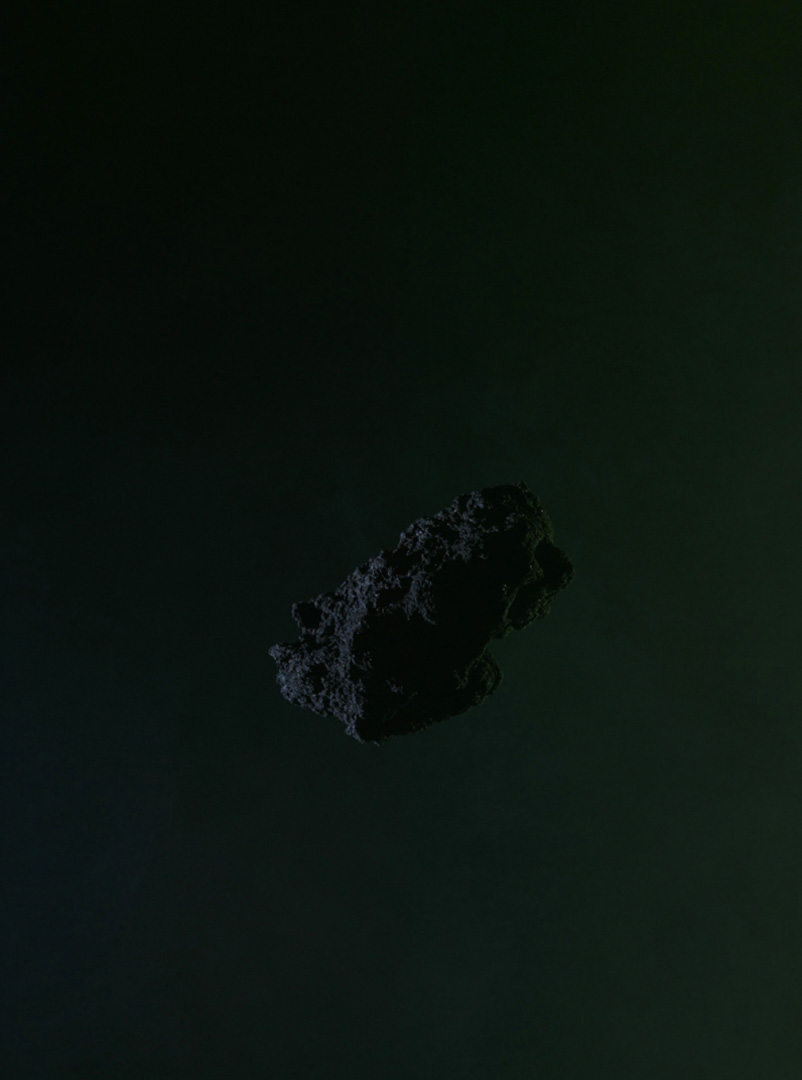 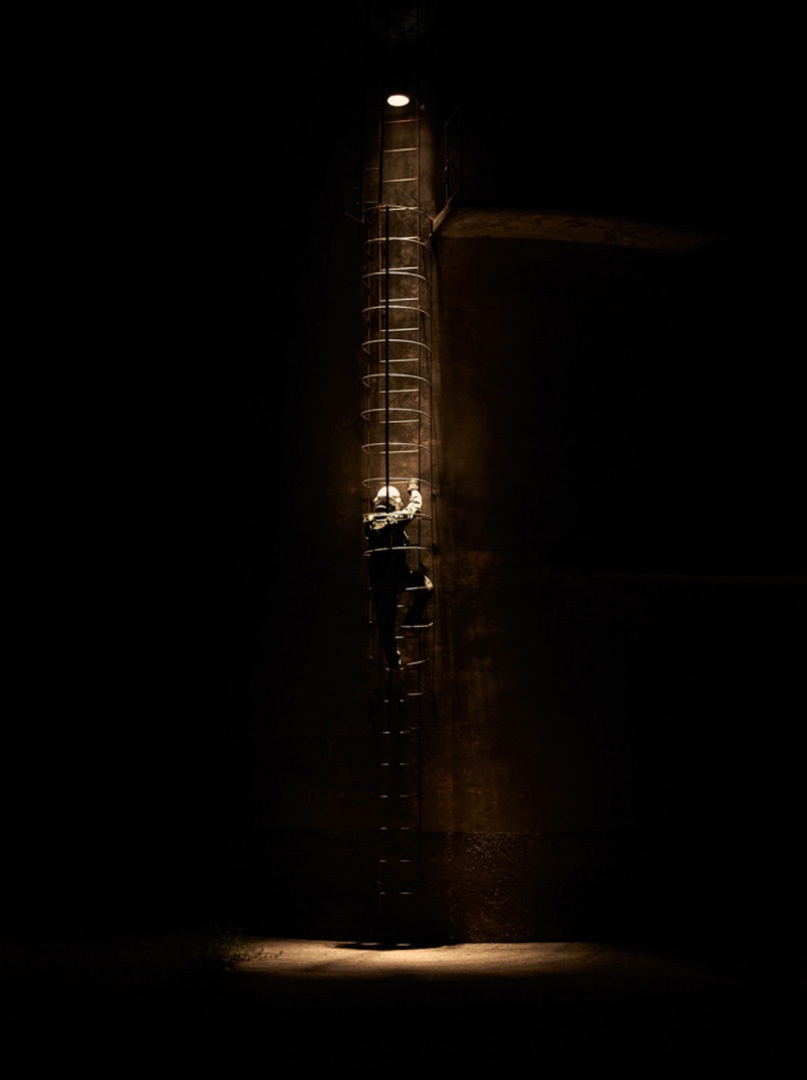 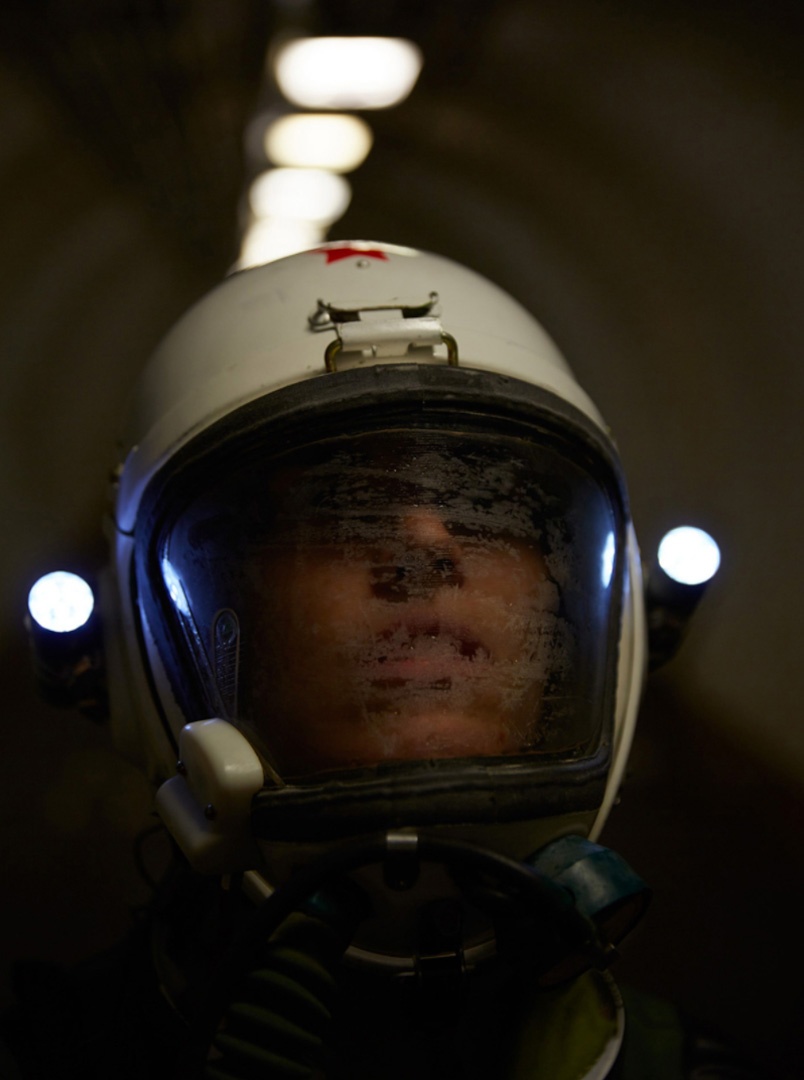 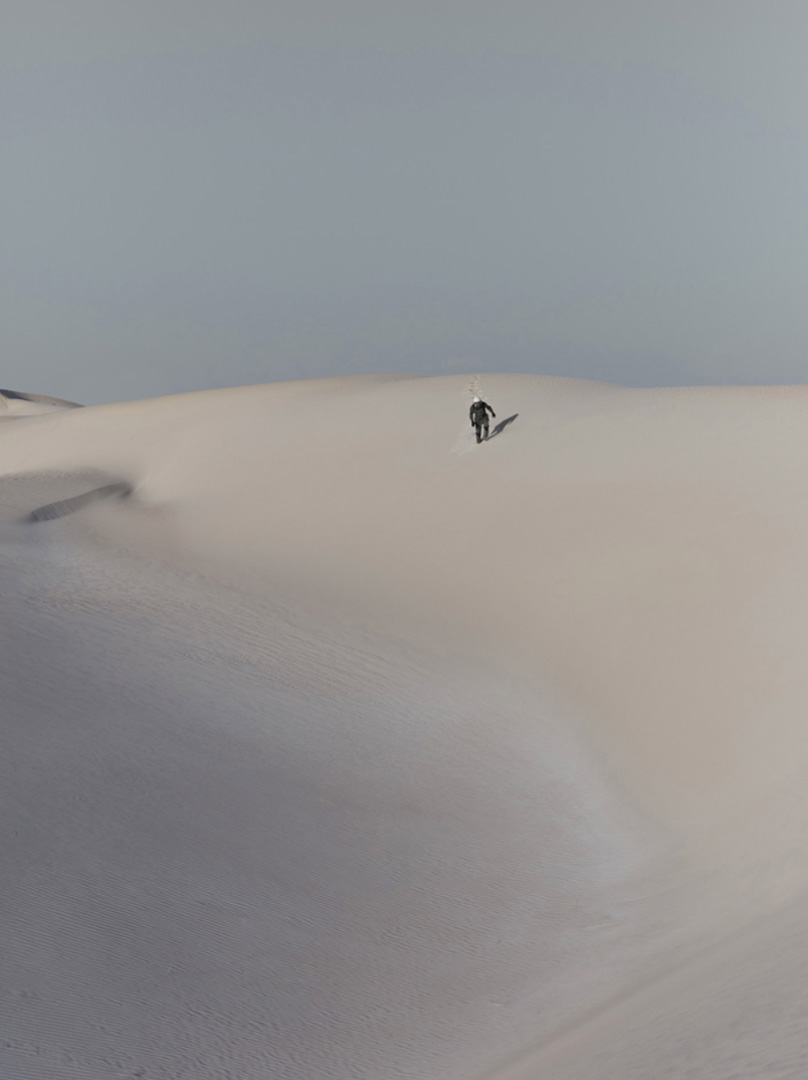 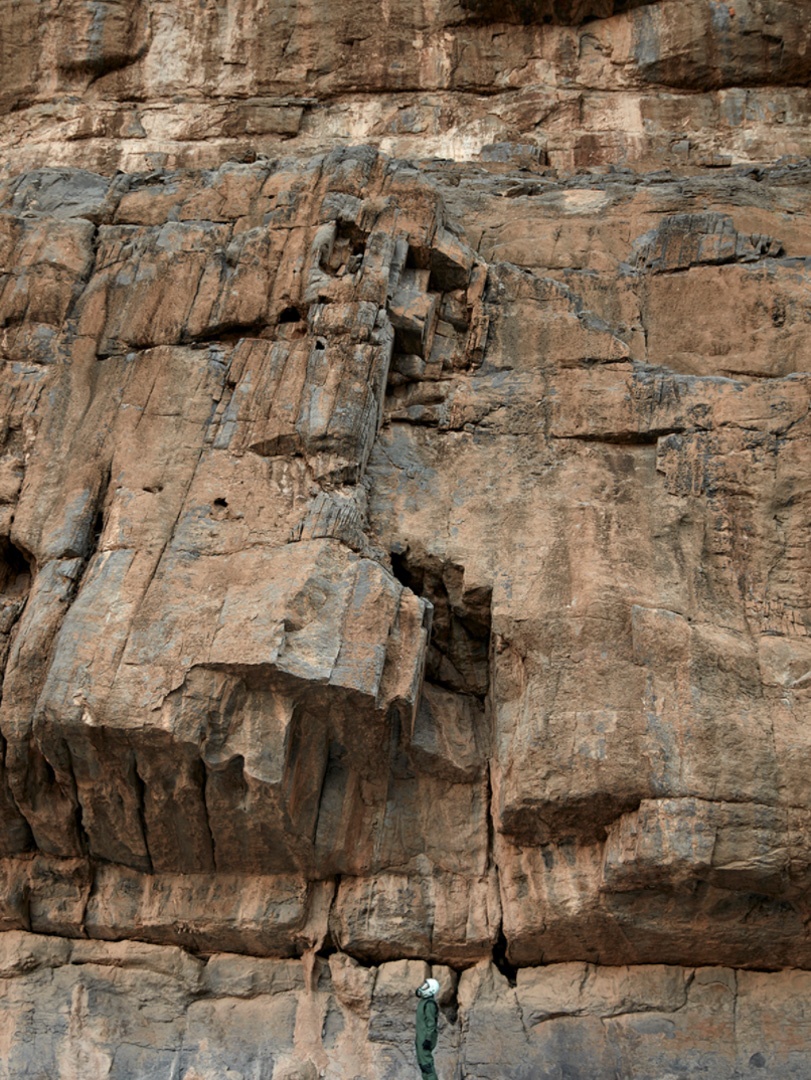 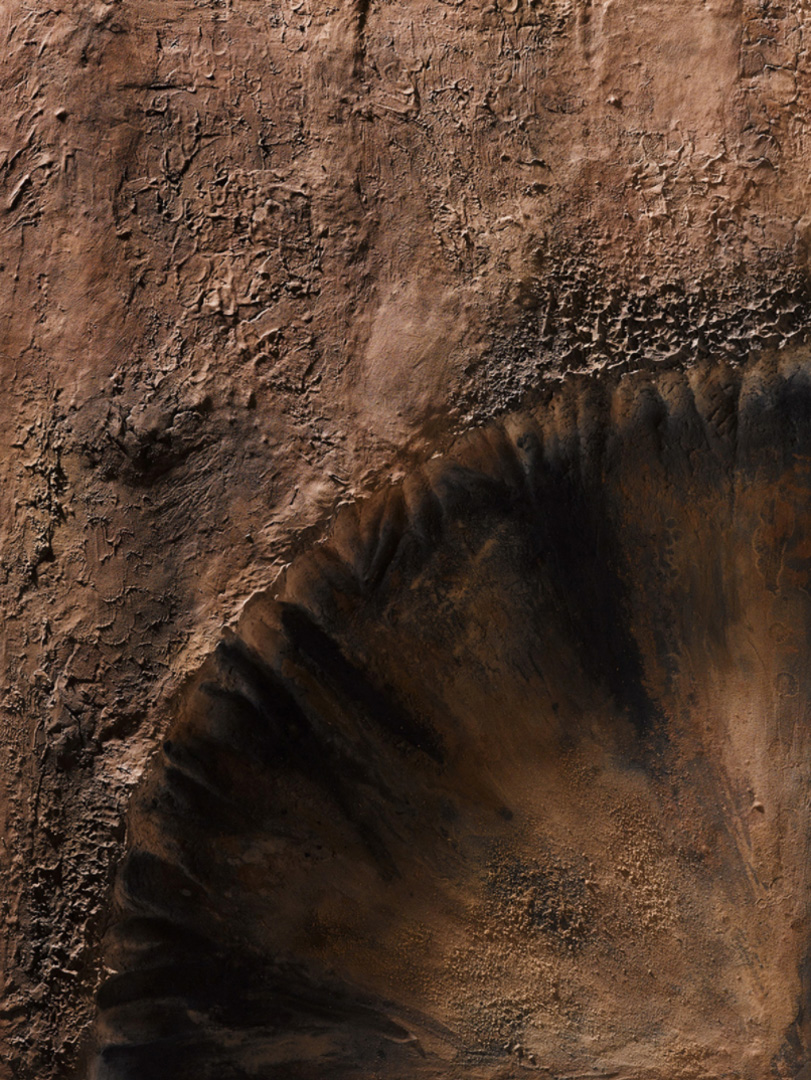 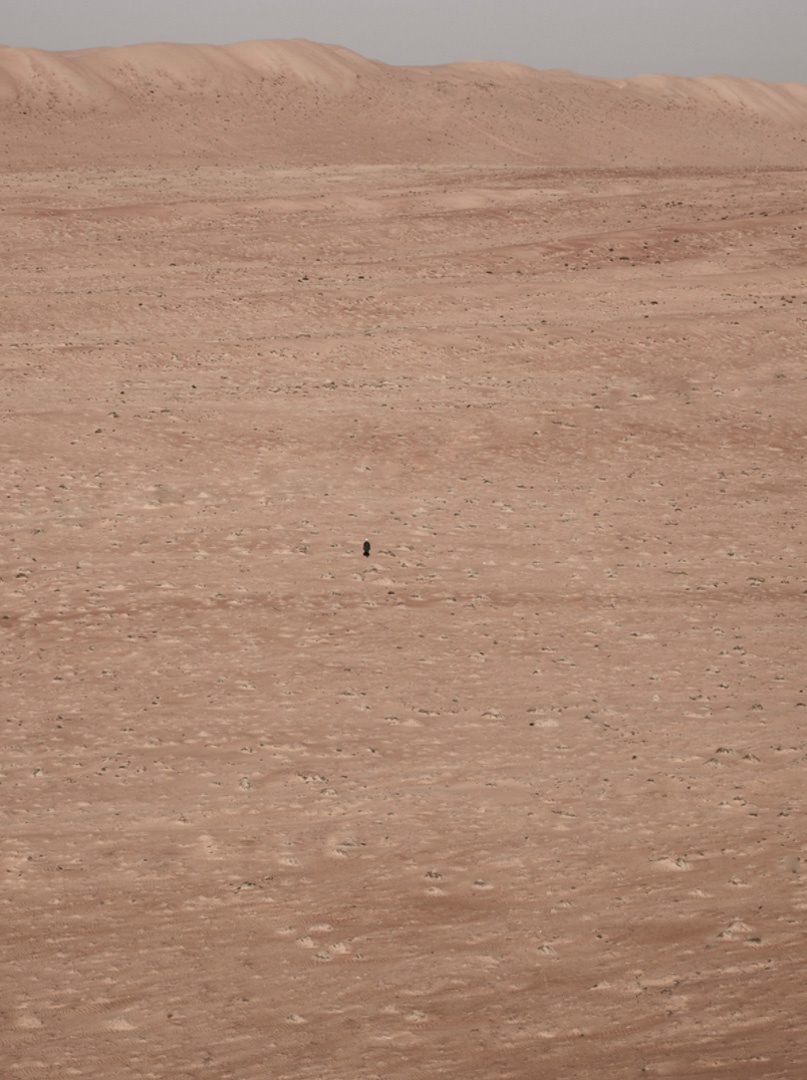 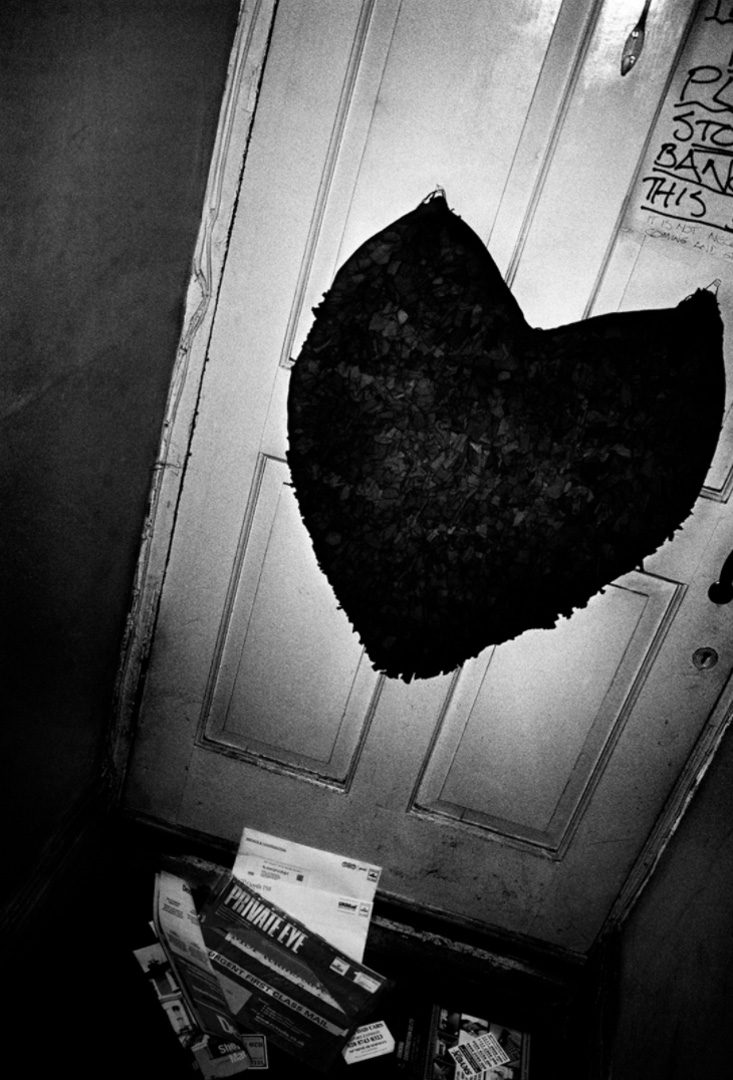 The astronaut Neil Armstrong once said that when he looked back at the earth from the moon, he didn’t feel like a giant – instead he felt very, very small. In the series My First Dream, London-based photographer Diego Brambilla (1978, Italy) combines photography, sculpture and DIY to represent an imaginary exploration of another planet, showing a small, lone explorer in the midst of grand landscape. With a cinematographic approach, Brambilla creates an obscure and unfamiliar place where the absence of a horizon heightens the sense of isolation and loneliness.

Brambilla steps into contemporary culture’s tendency to stage experiences, adopts its conundrum. Taking the notions of ‘fake’ and ‘real’ as a starting point, he plays with the viewer’s perception of reality and engages them to figure out for themselves what in the photo is reality and what is imaginary.