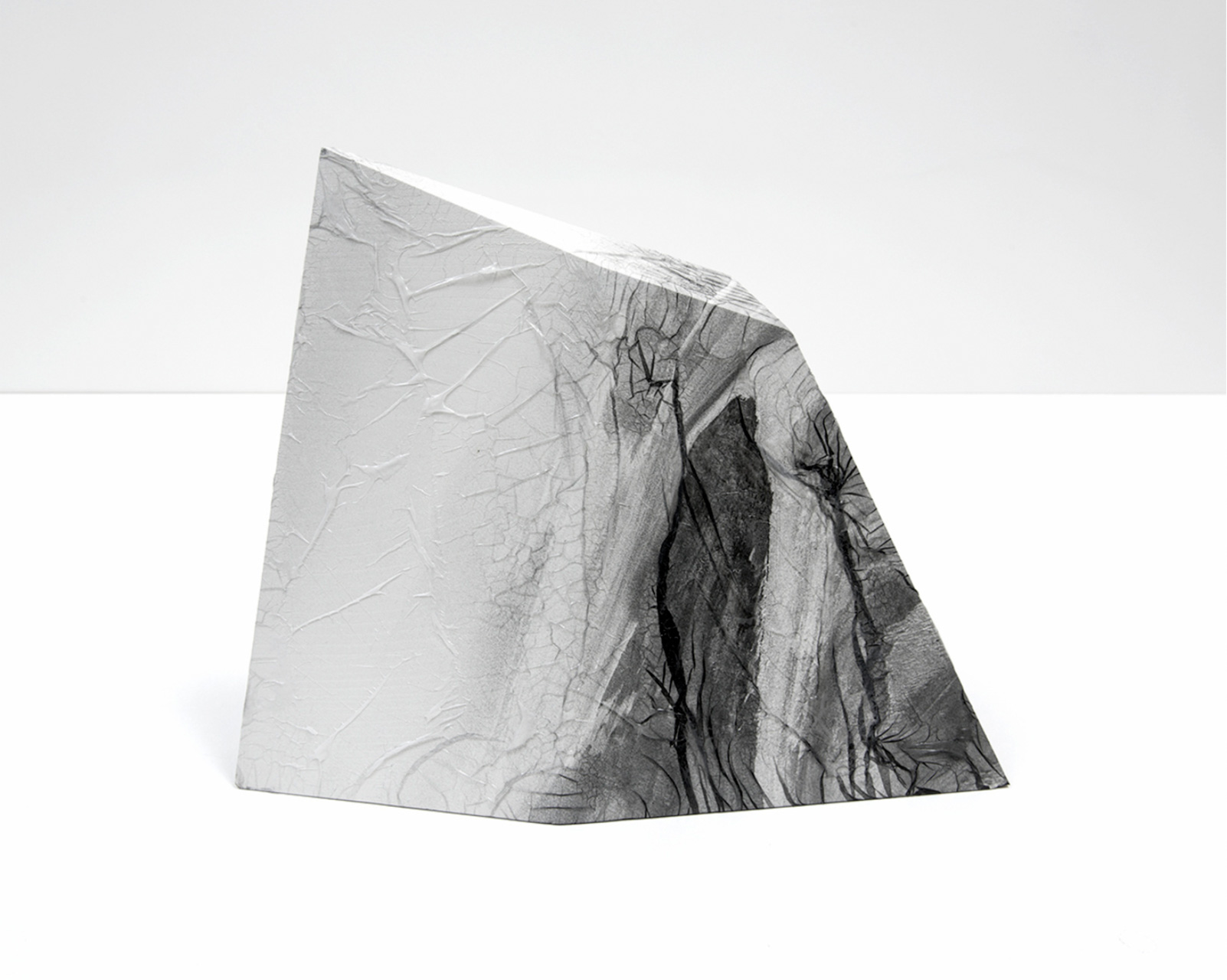 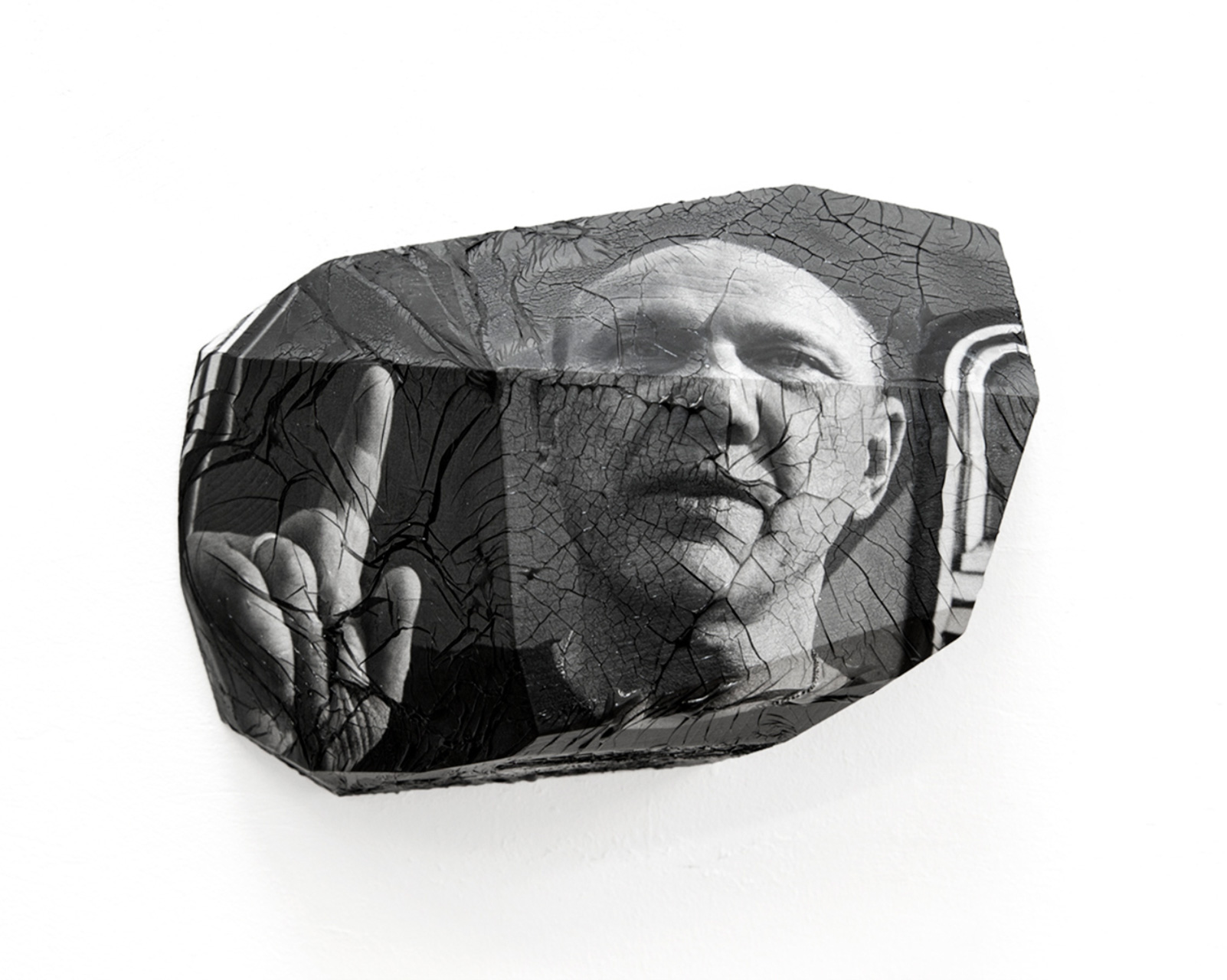 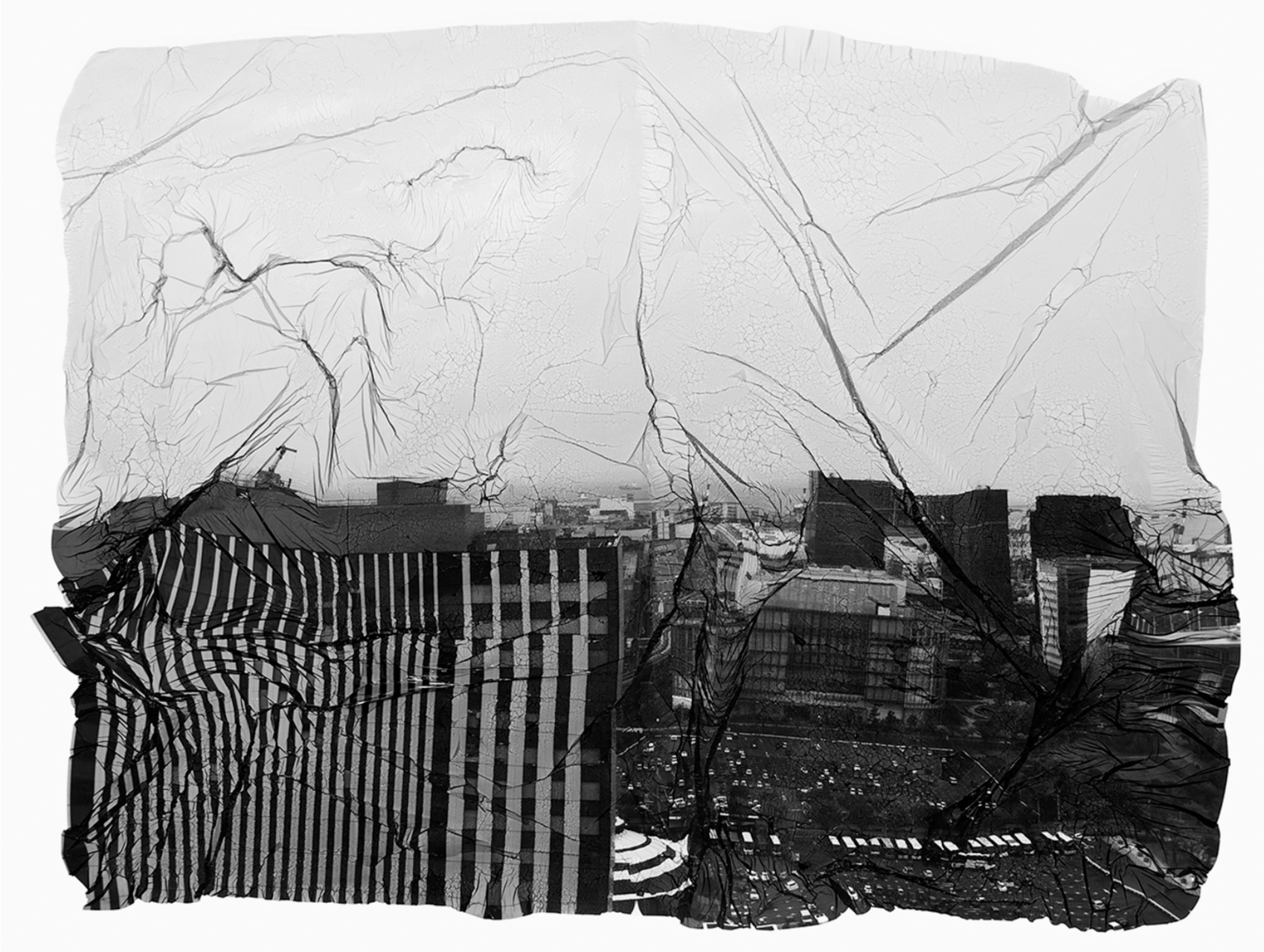 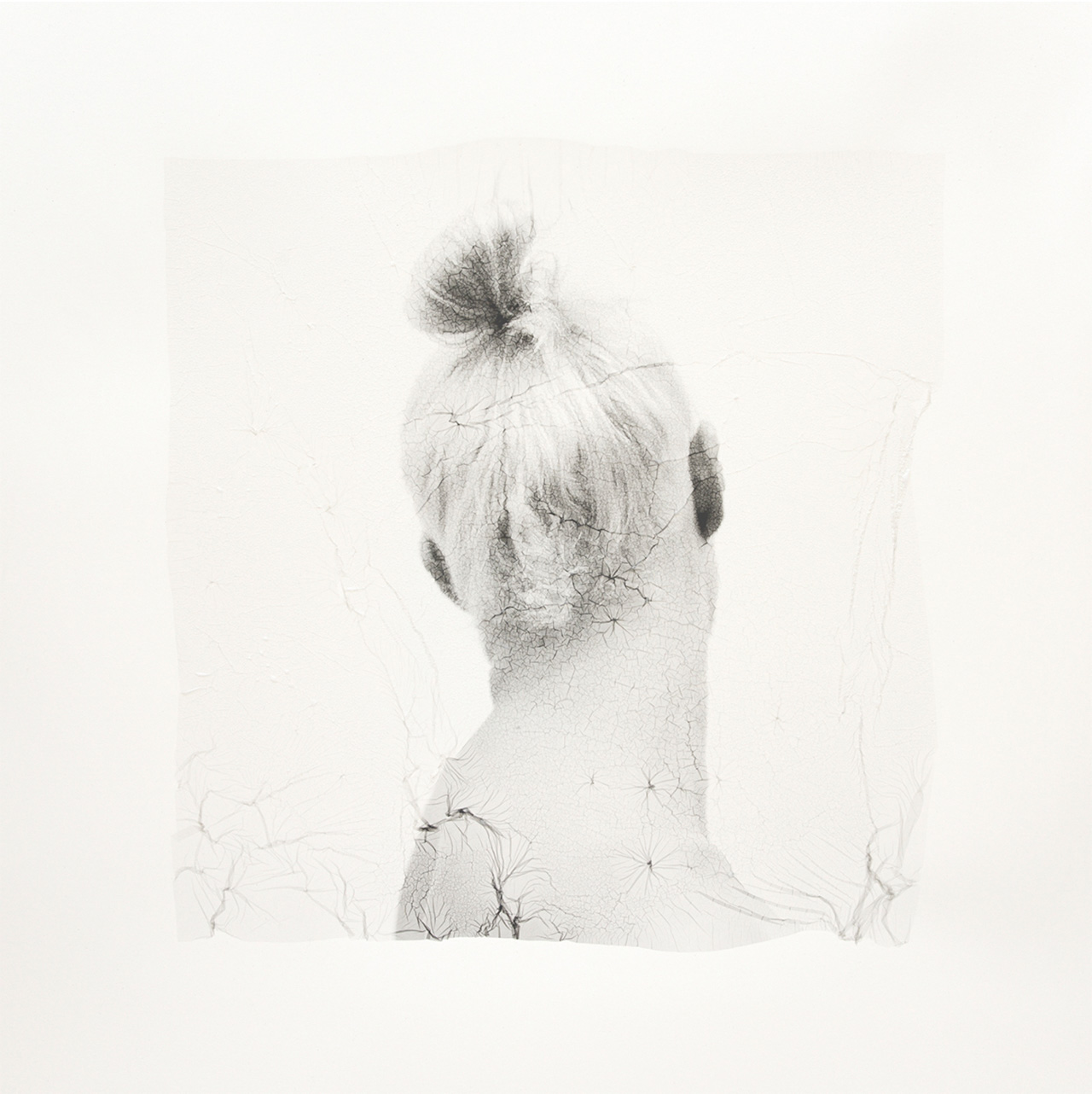 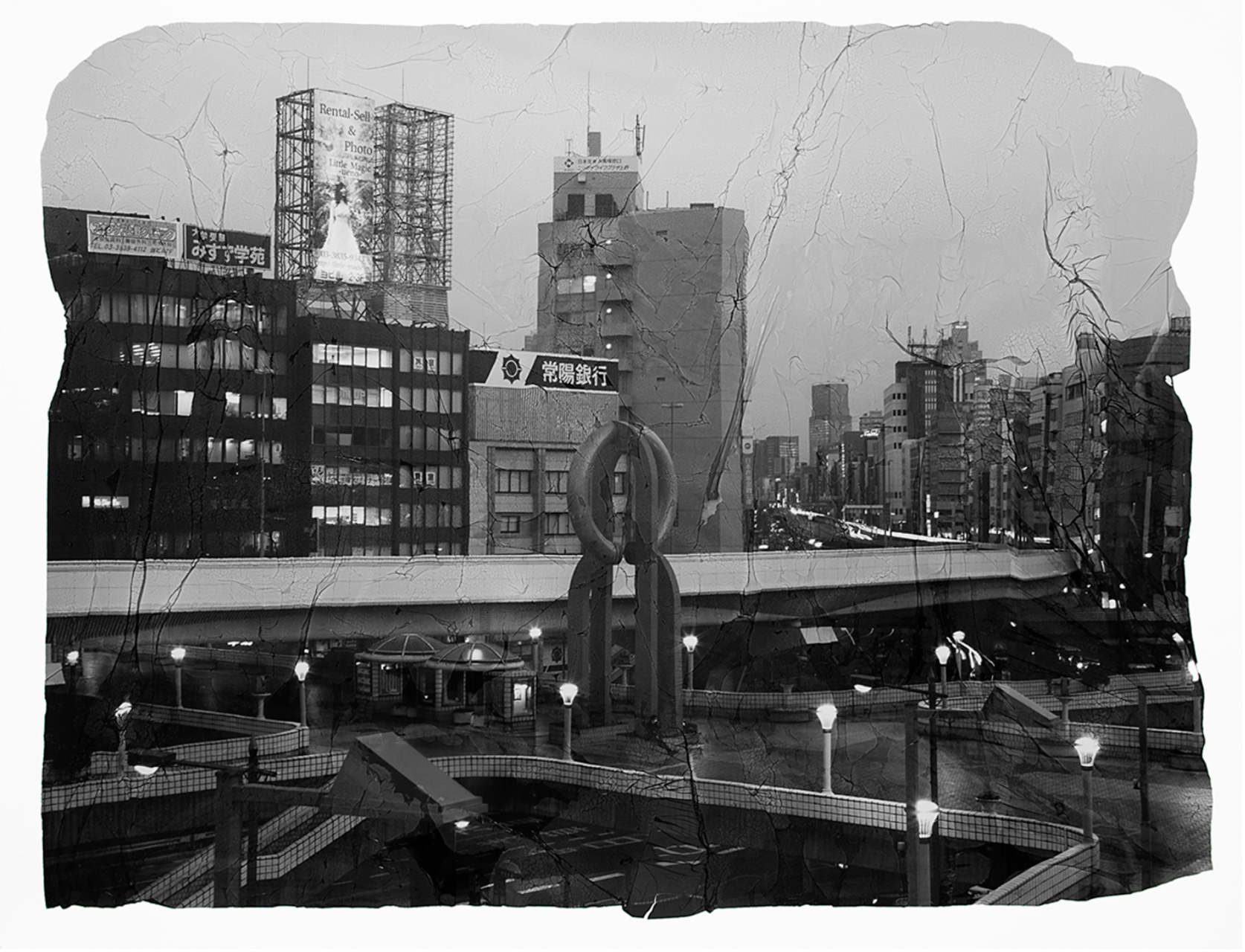 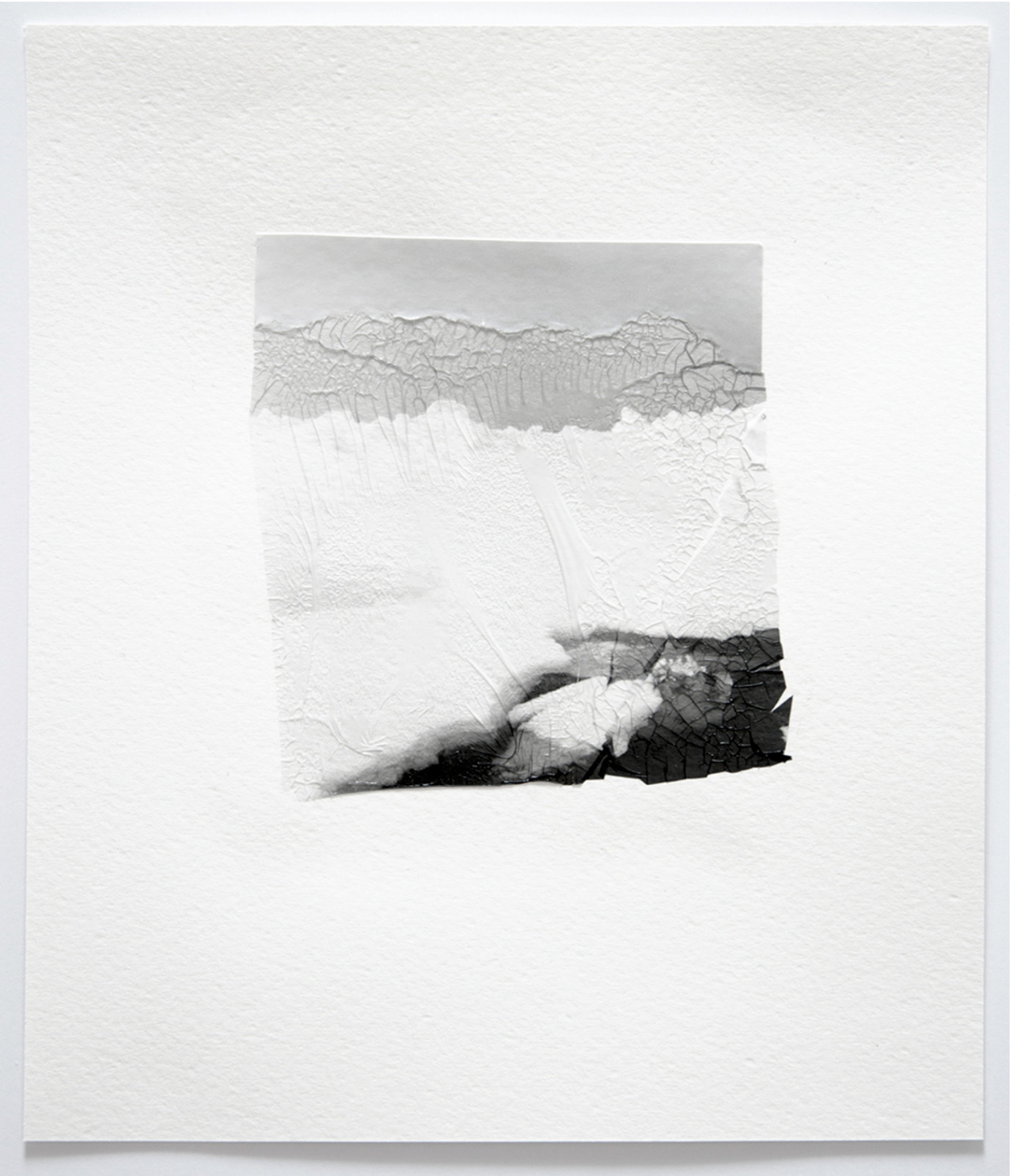 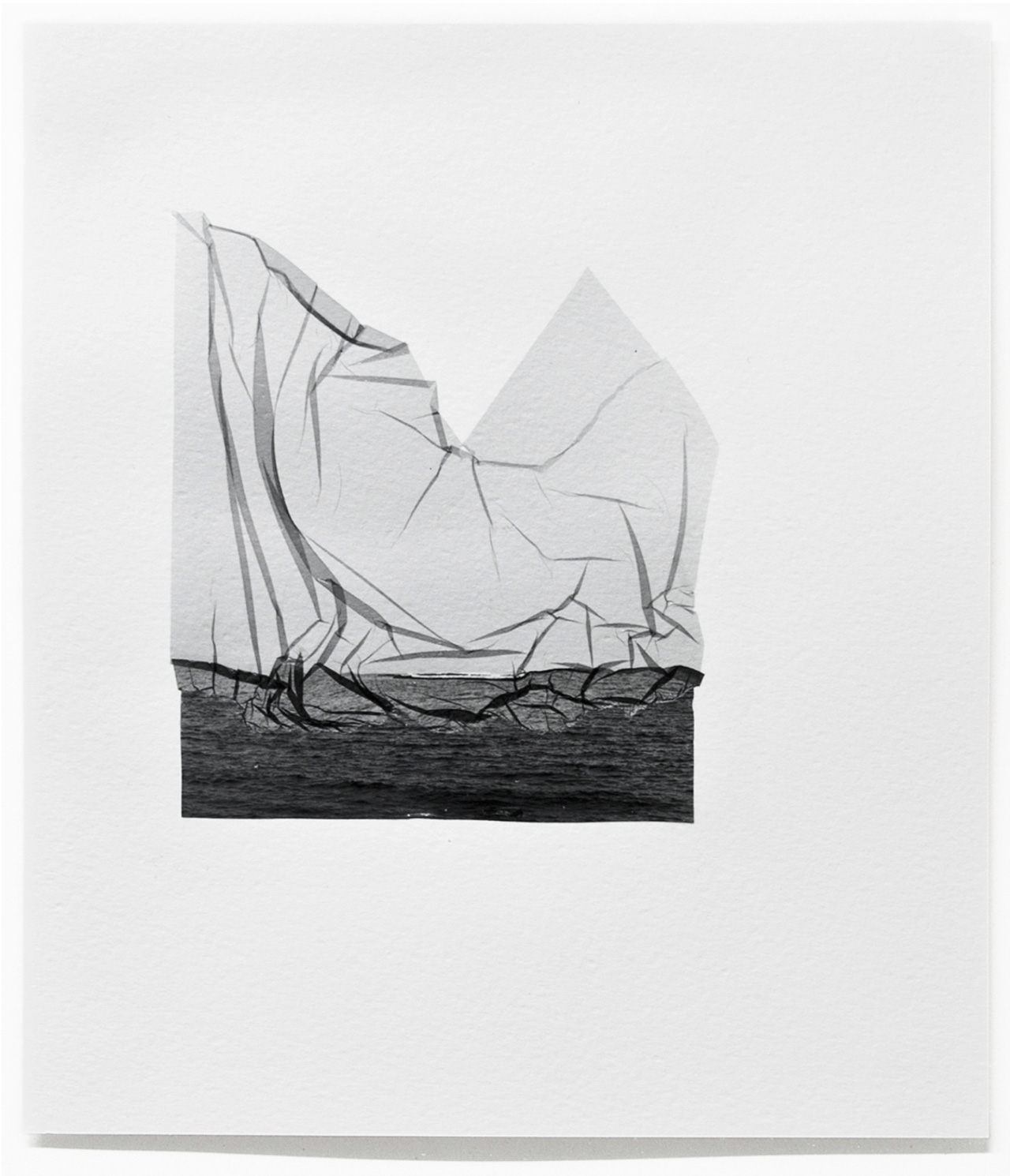 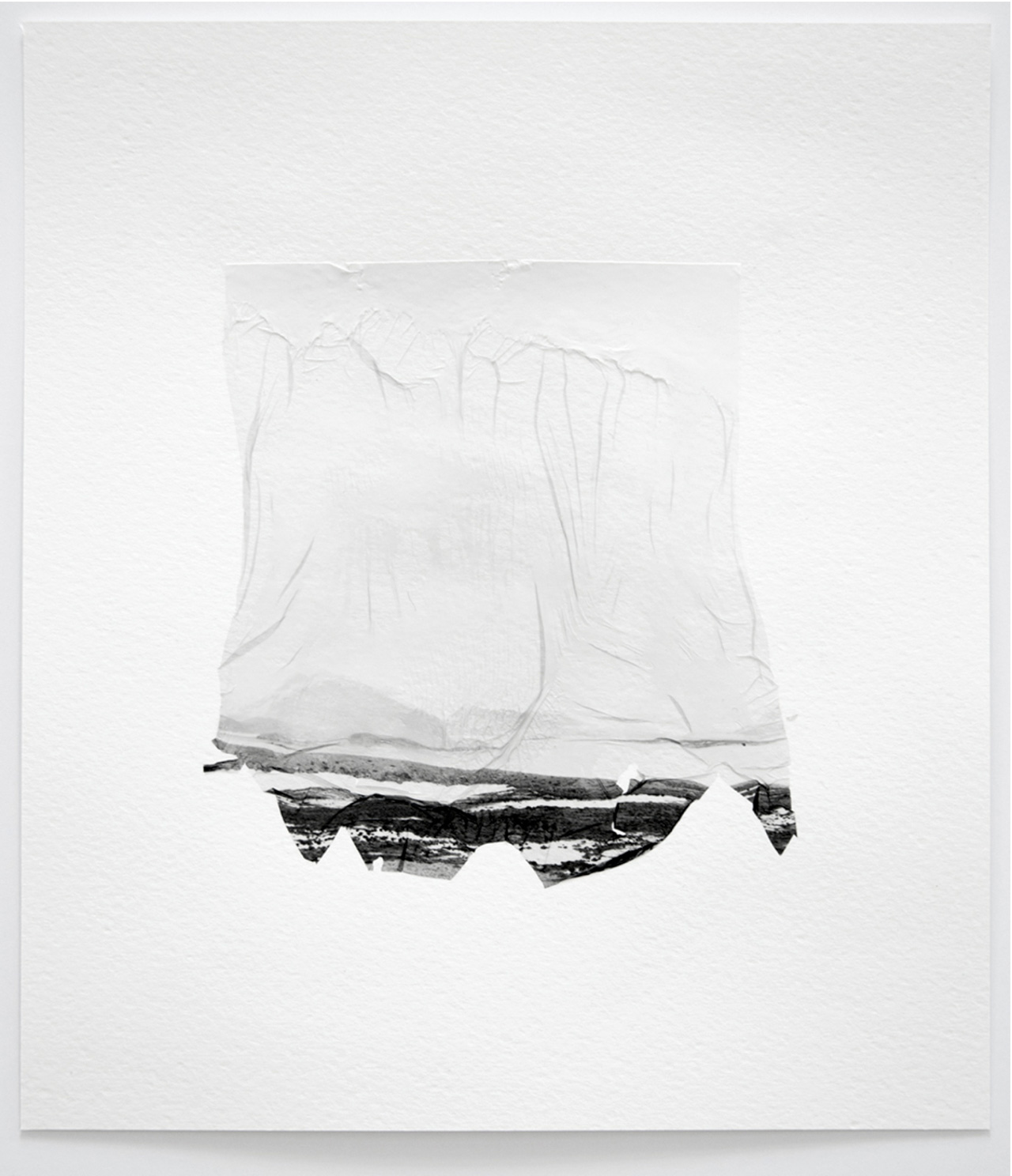 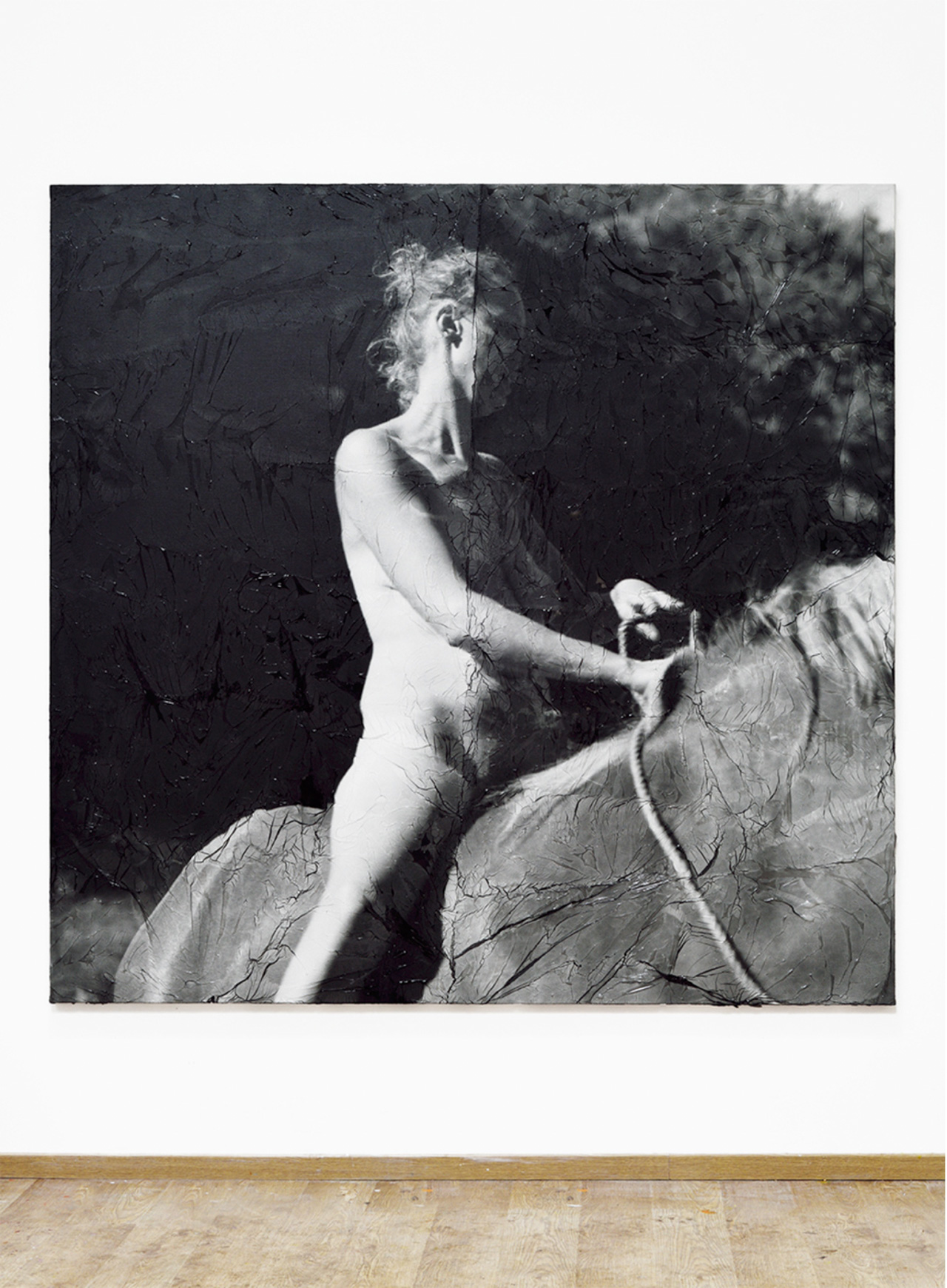 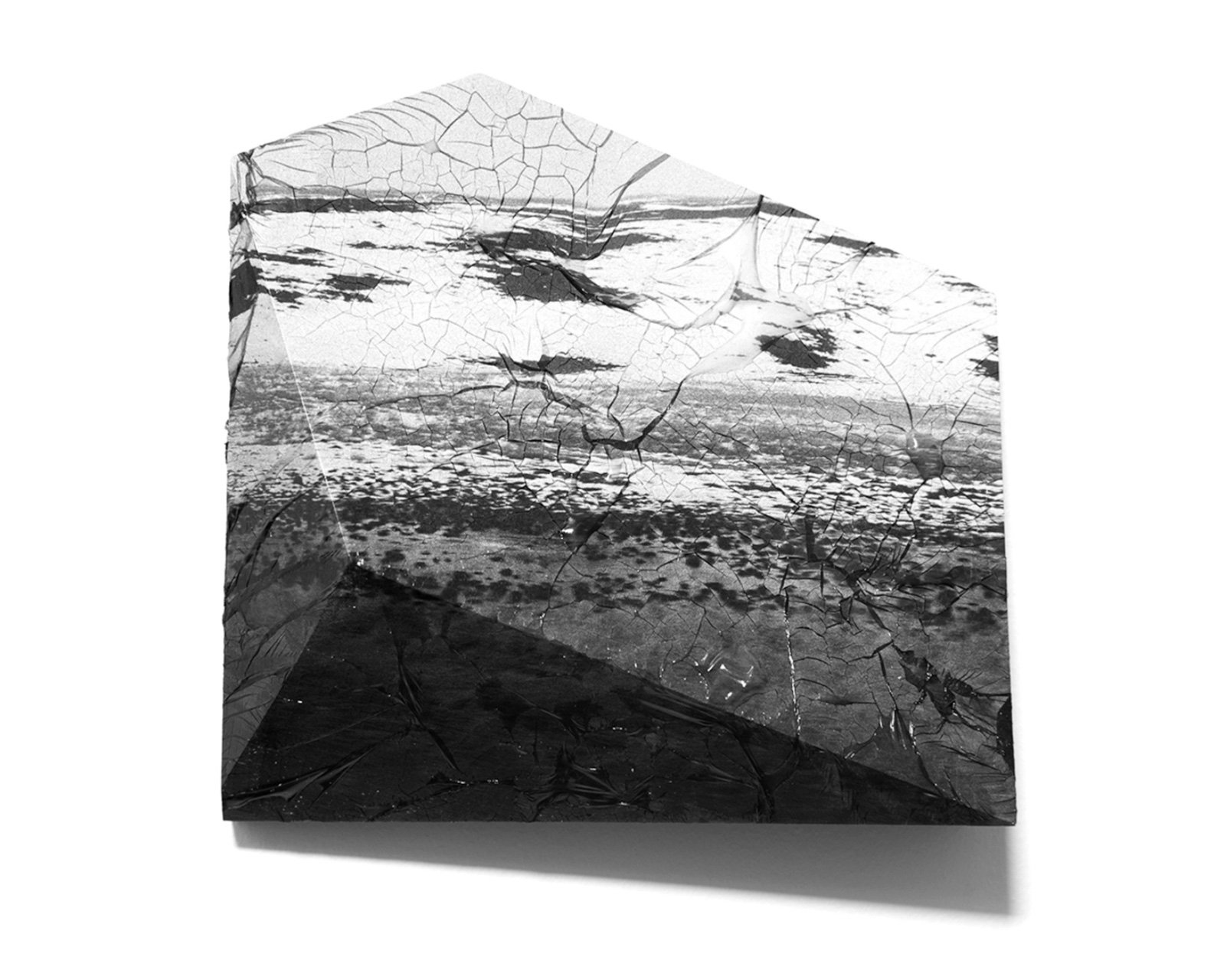 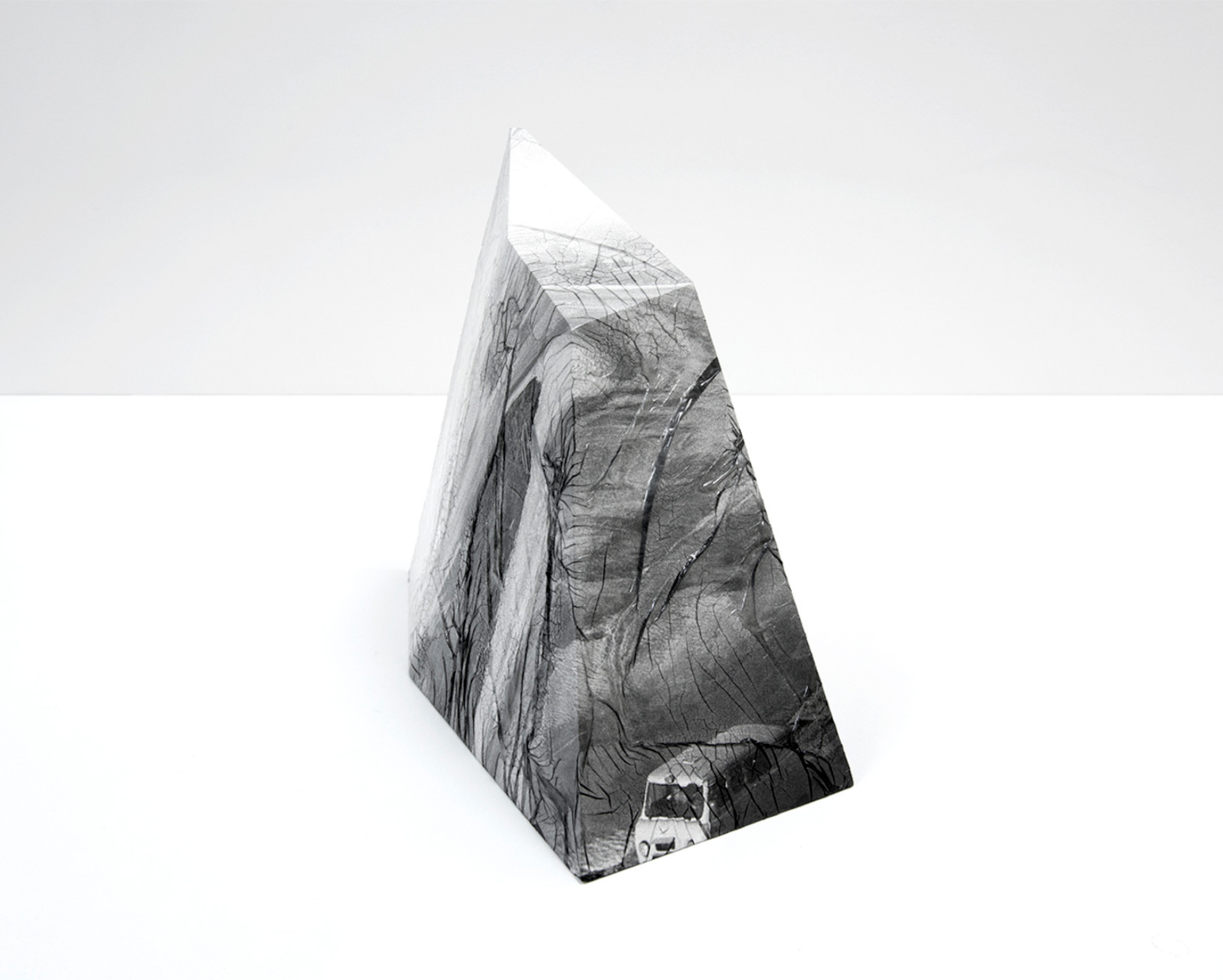 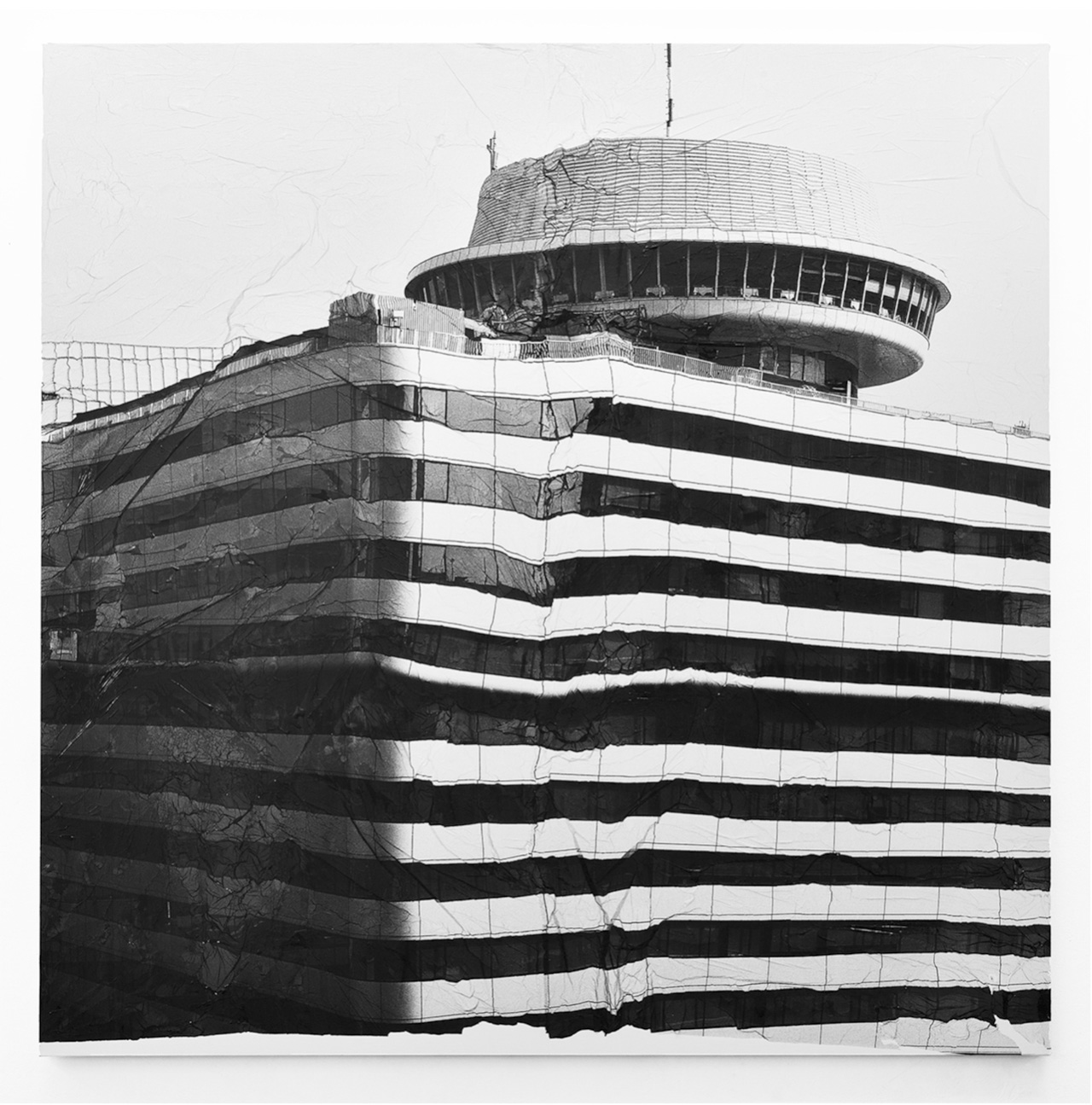 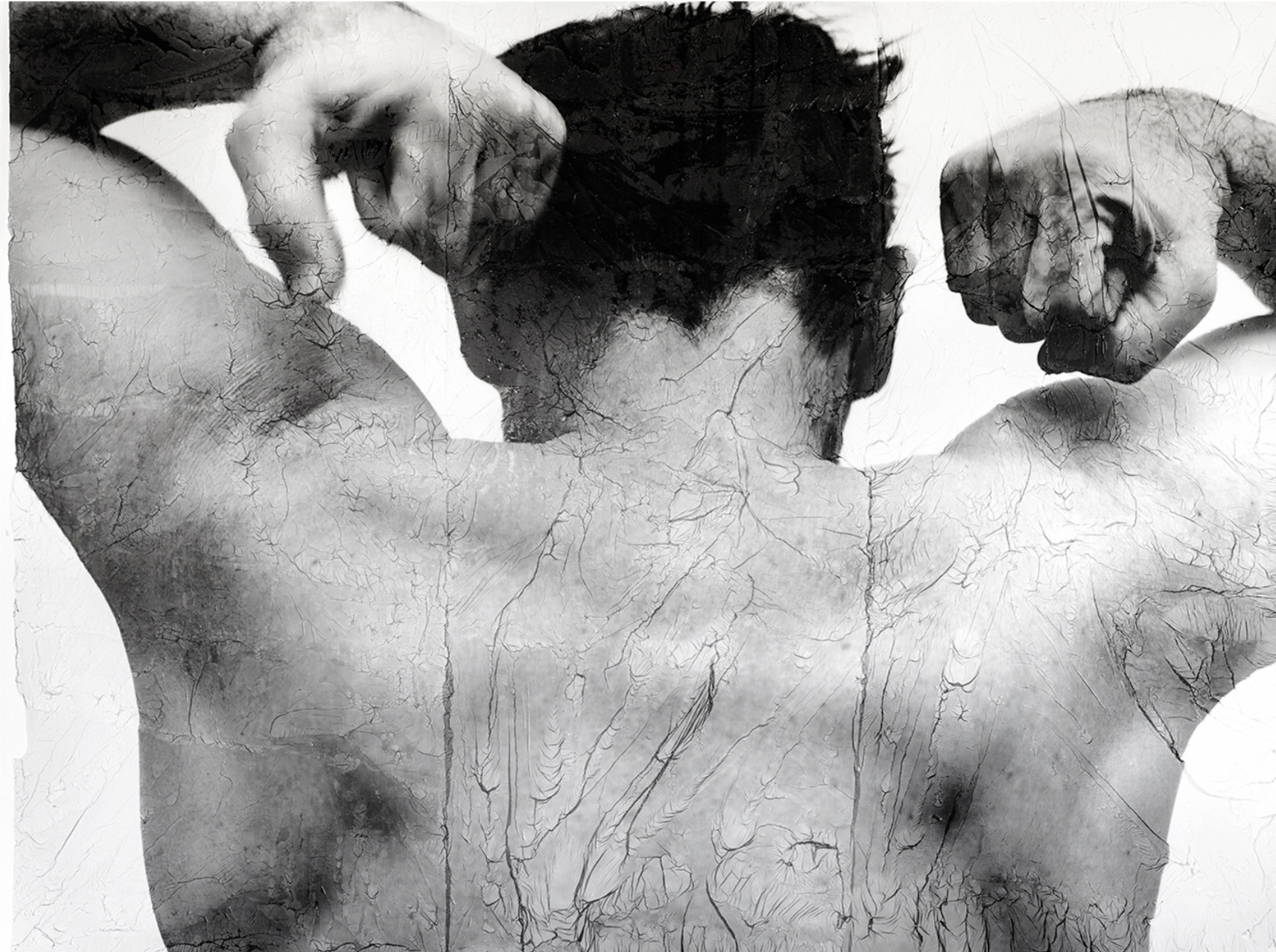 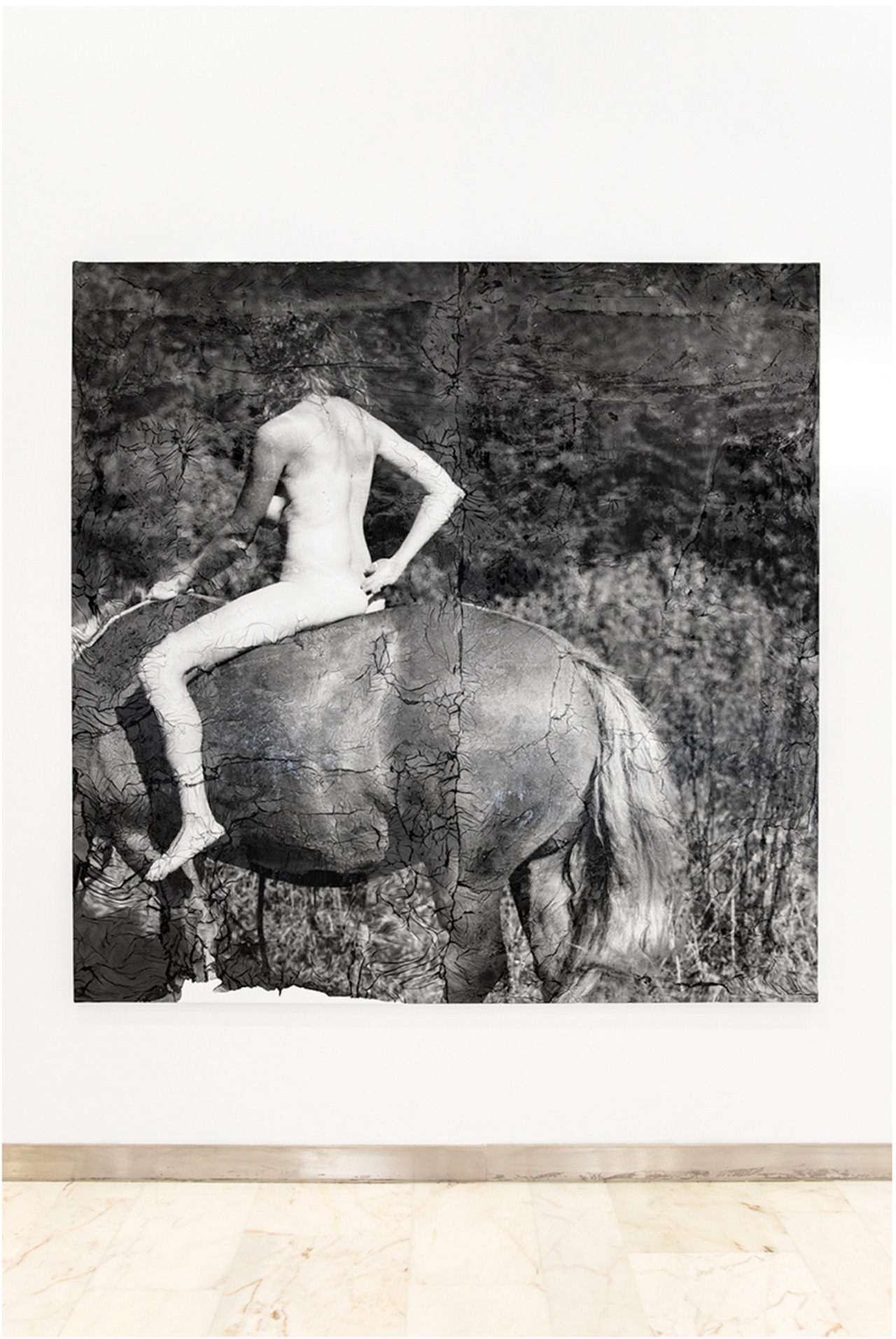 French photographer Sylvie Bonnot (b. 1982) originally started in landscape photography due to her passion to wander around in the unpredictability of untamed nature. Her travels around Australia, Japan, Ireland, Norway and Russia are brought together into a photographic oeuvre of the remote, rugged landscapes she encountered along with a few shots of turbulent city life – yet the result, disorienting and dramatic, is far from known ideas of travel photography.

Bonnot uses images from her archive to work with her ‘mue’ technique, in which she repositions the gelatine layer of her photographs directly on paper, wood or canvas. This technique leaves visible traces behind, resulting in ruptured sculptures where coincidence and imperfection take the lead. Her labour-intensive approach is a way to contain and own the territory she has been. As Bonnot says: “It is the experience of the ‘out-of-field’ that leads to a plastic position and proposition in these photographs.”

Sylvie Bonnot’s work is currently on exhibit in The Merchant House in Amsterdam, The Netherlands until November 12, 2017.