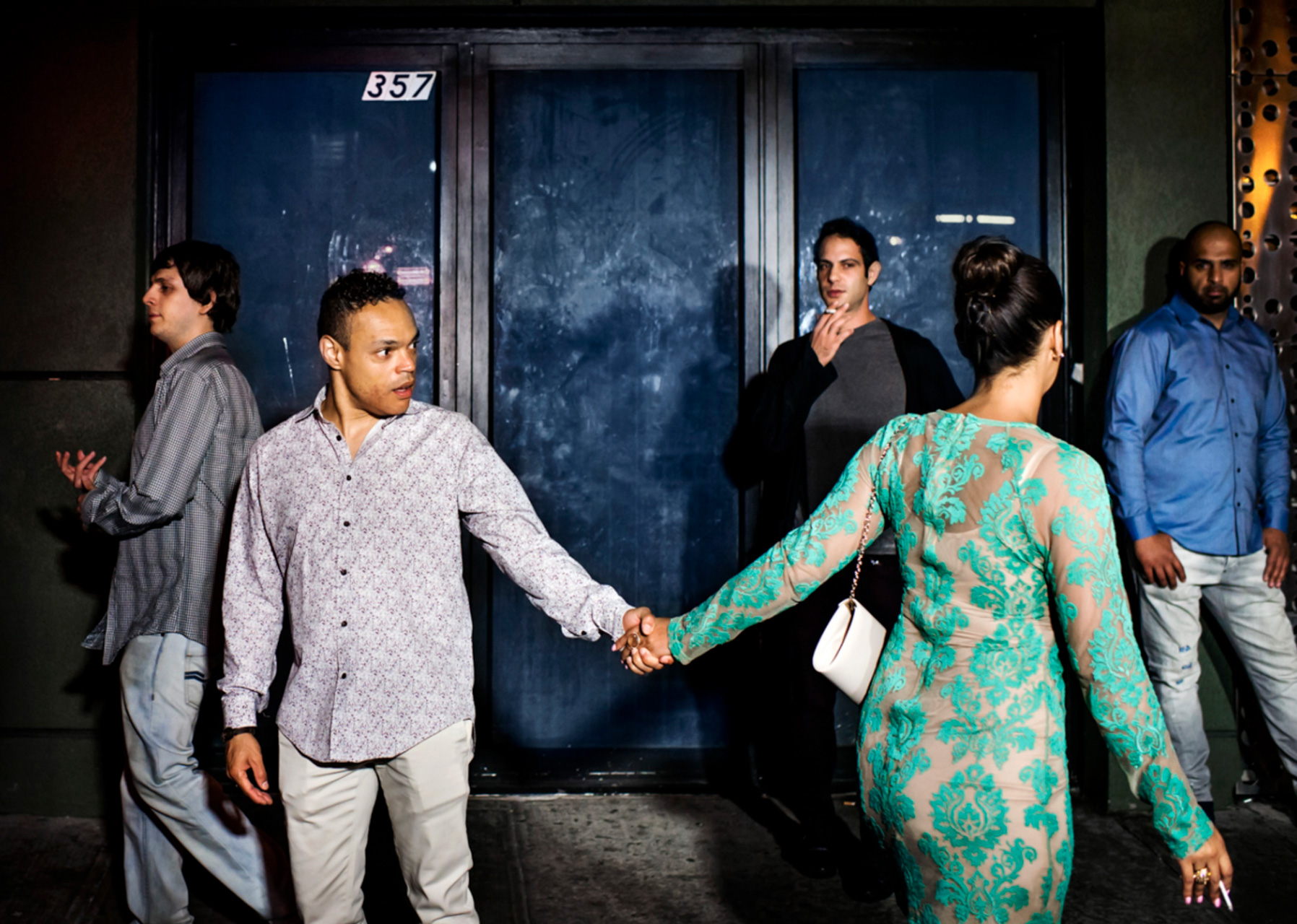 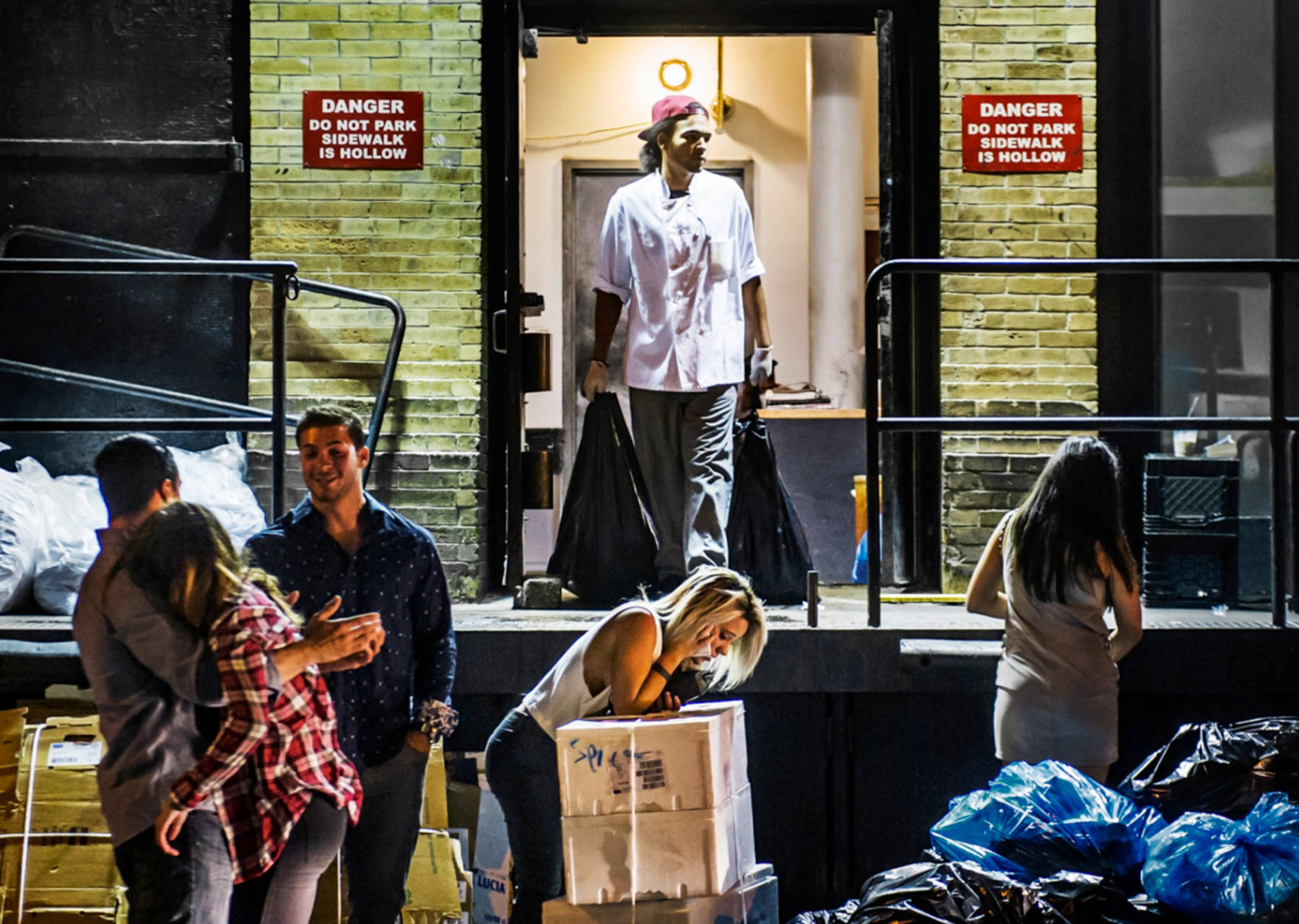 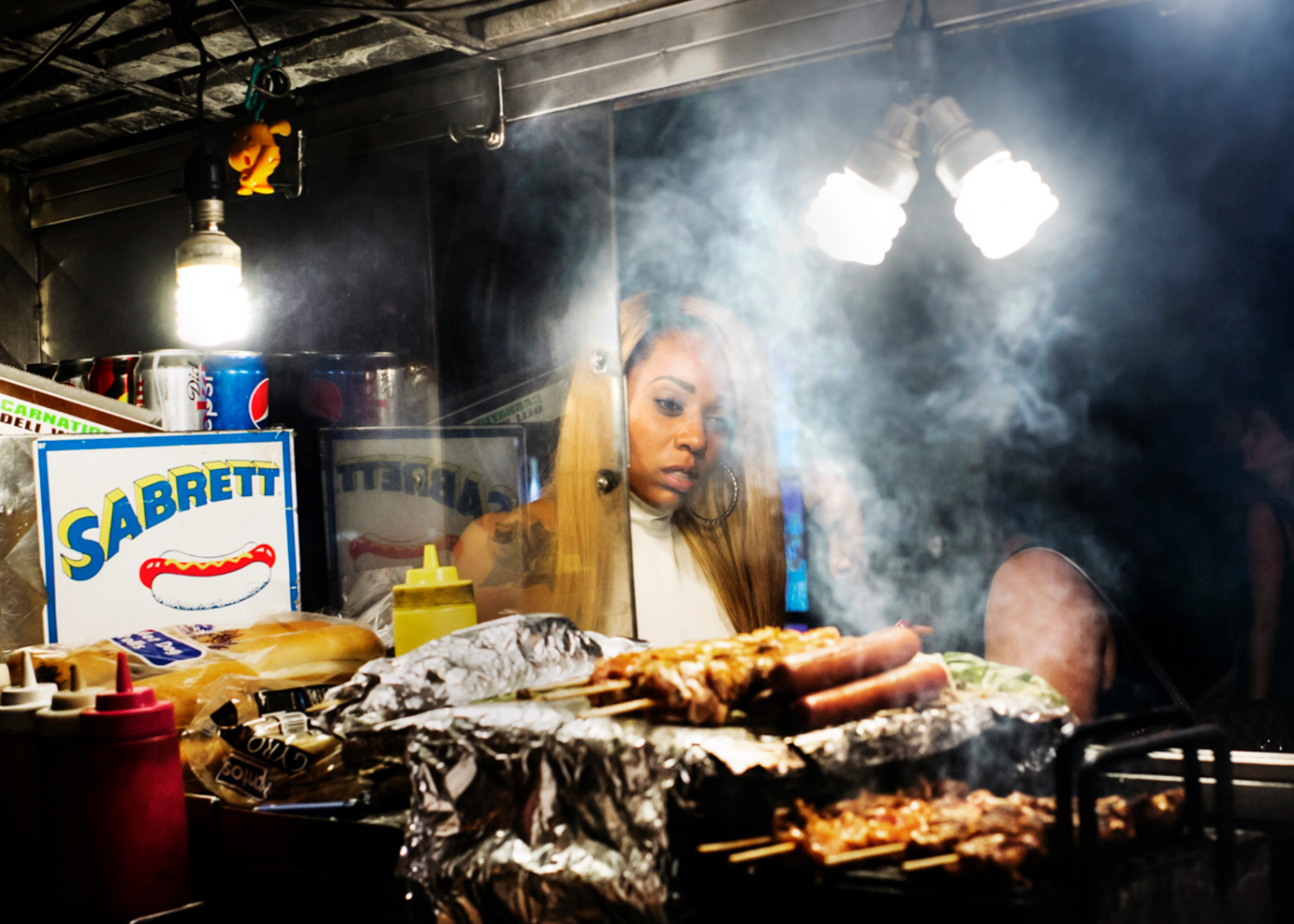 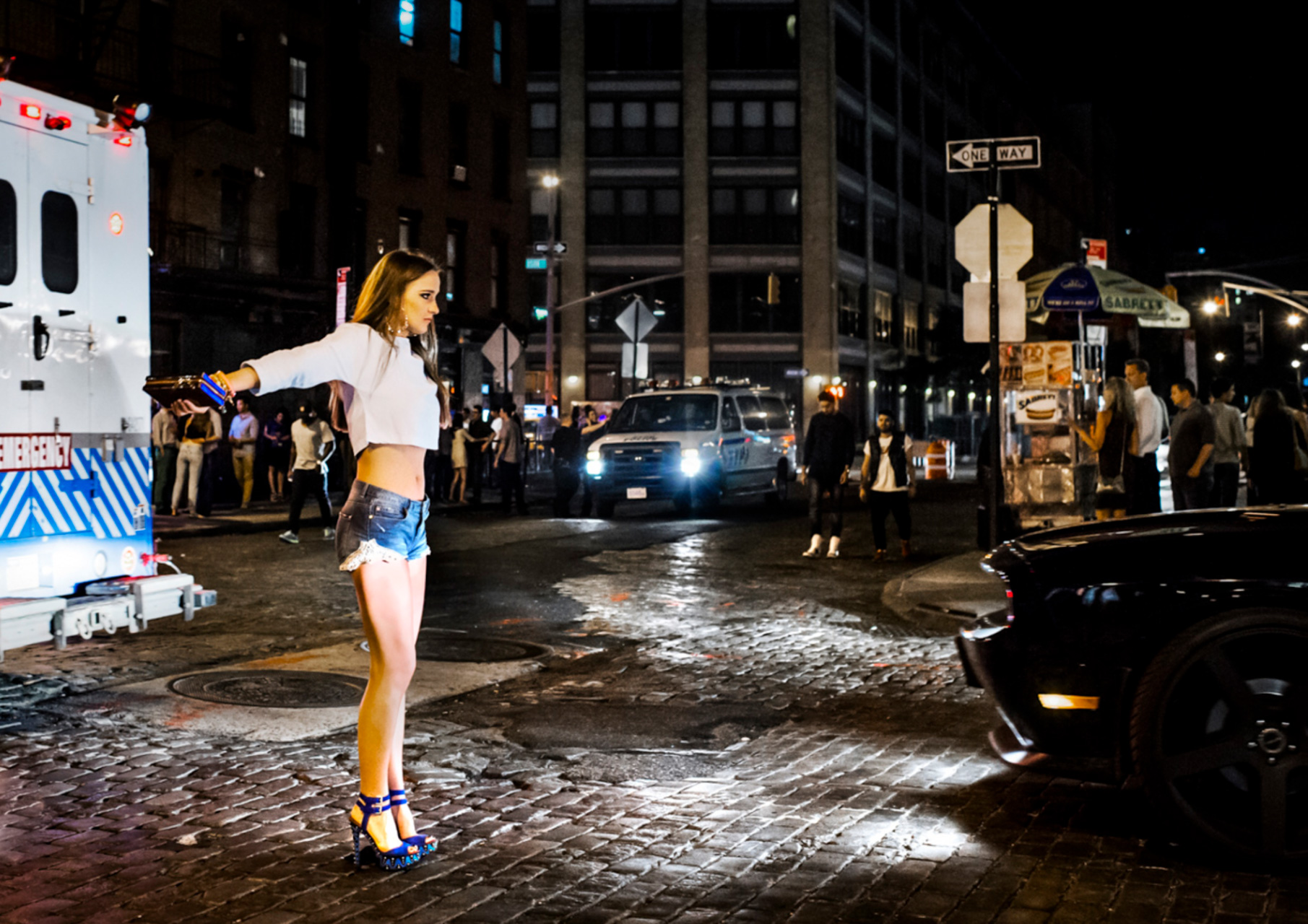 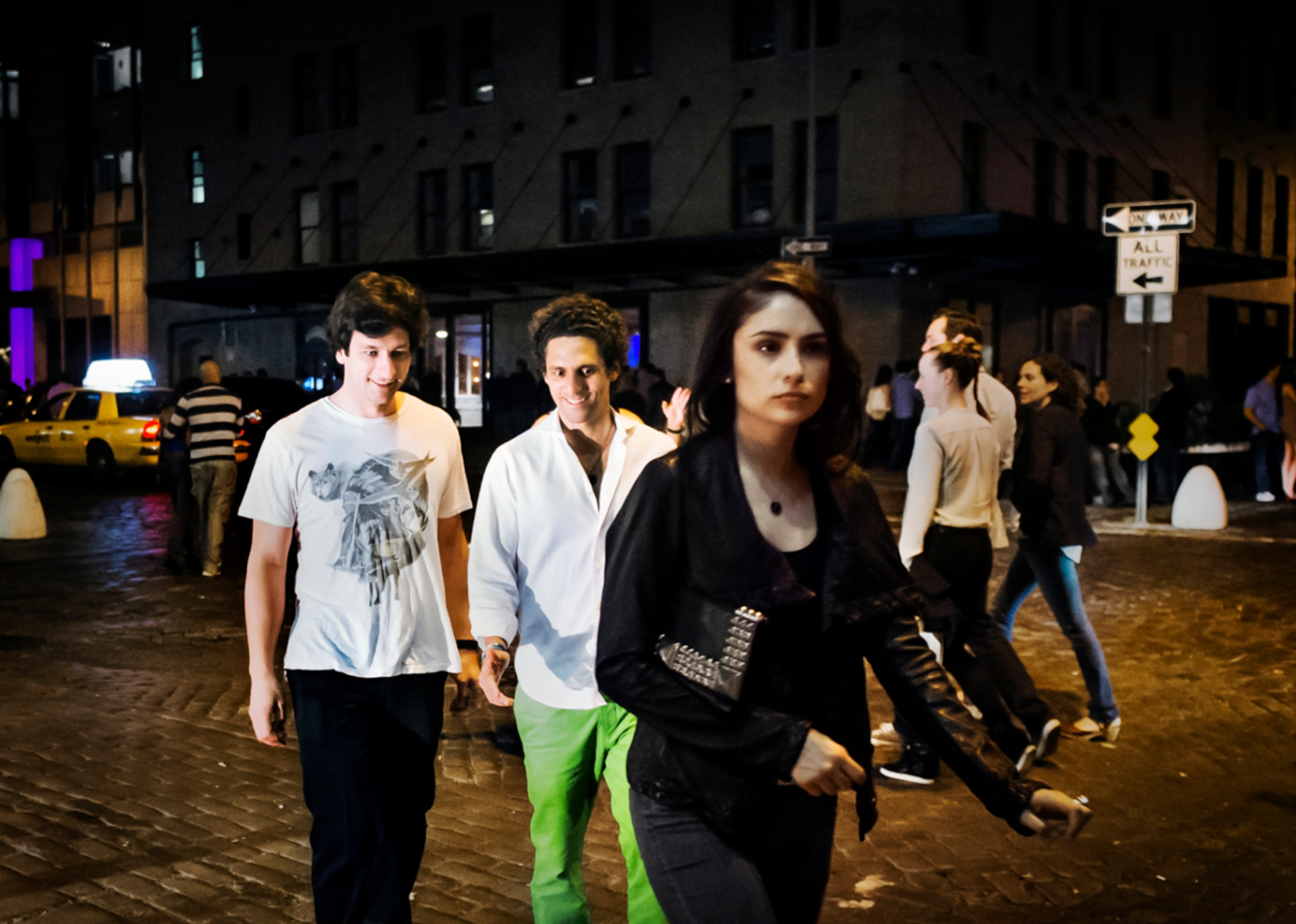 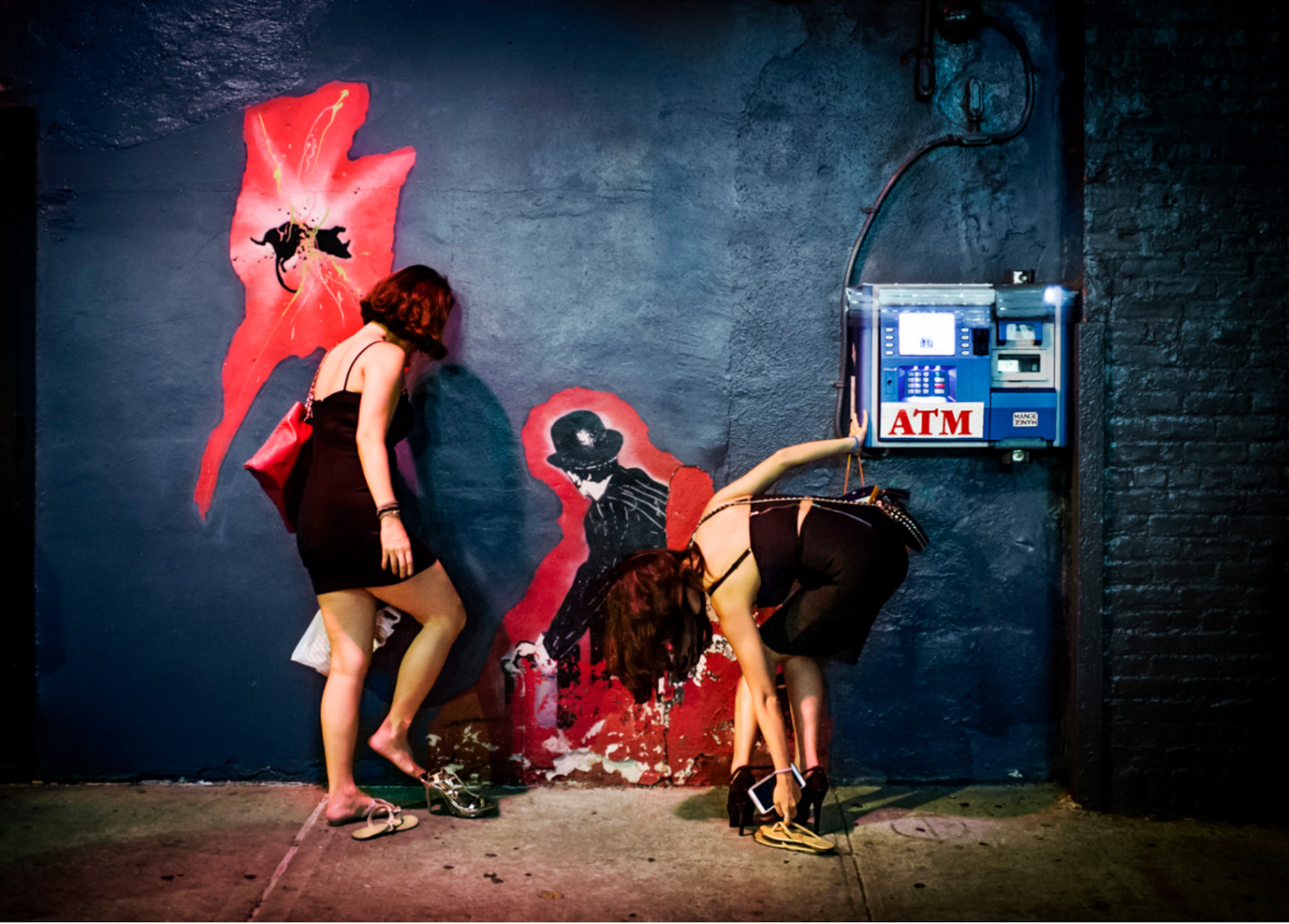 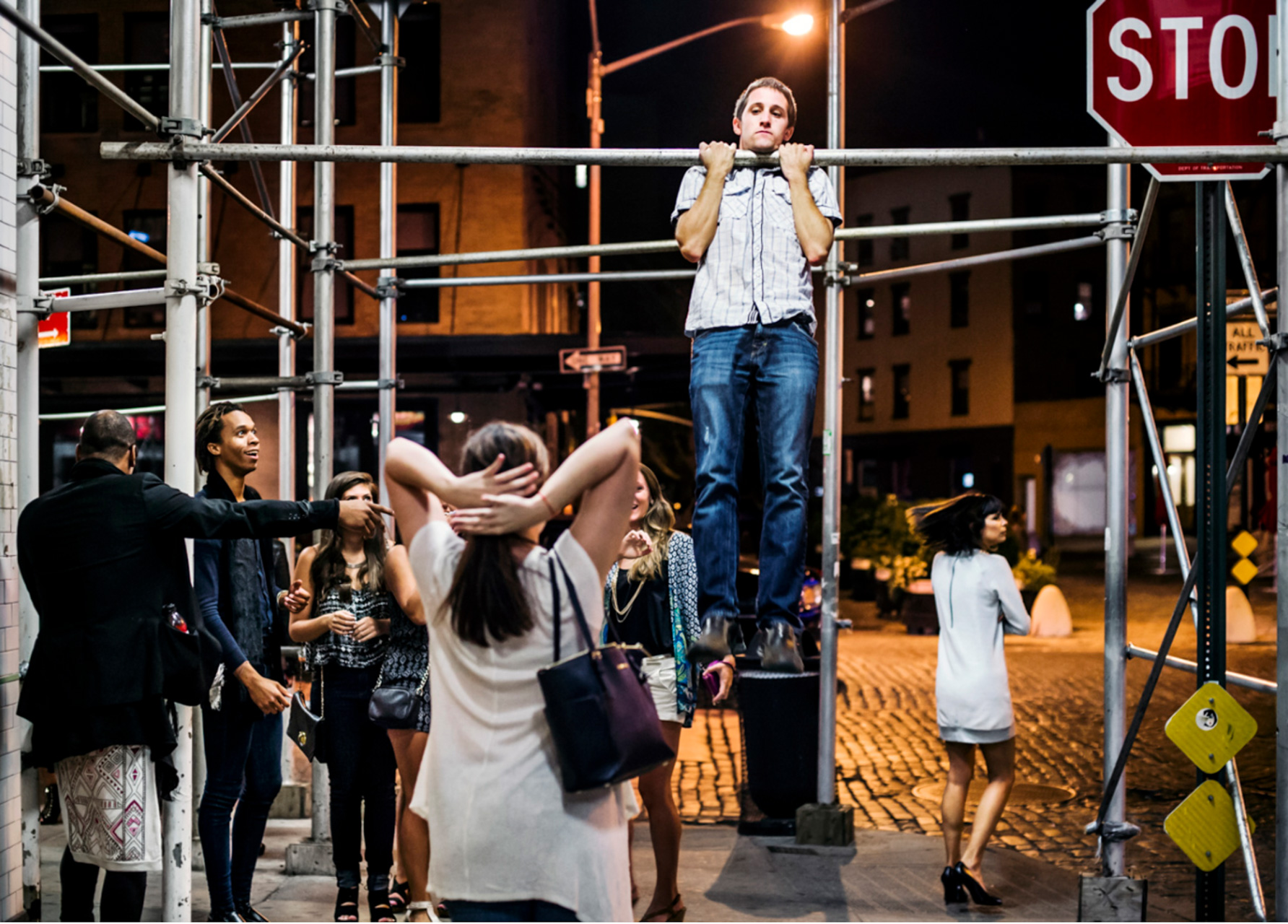 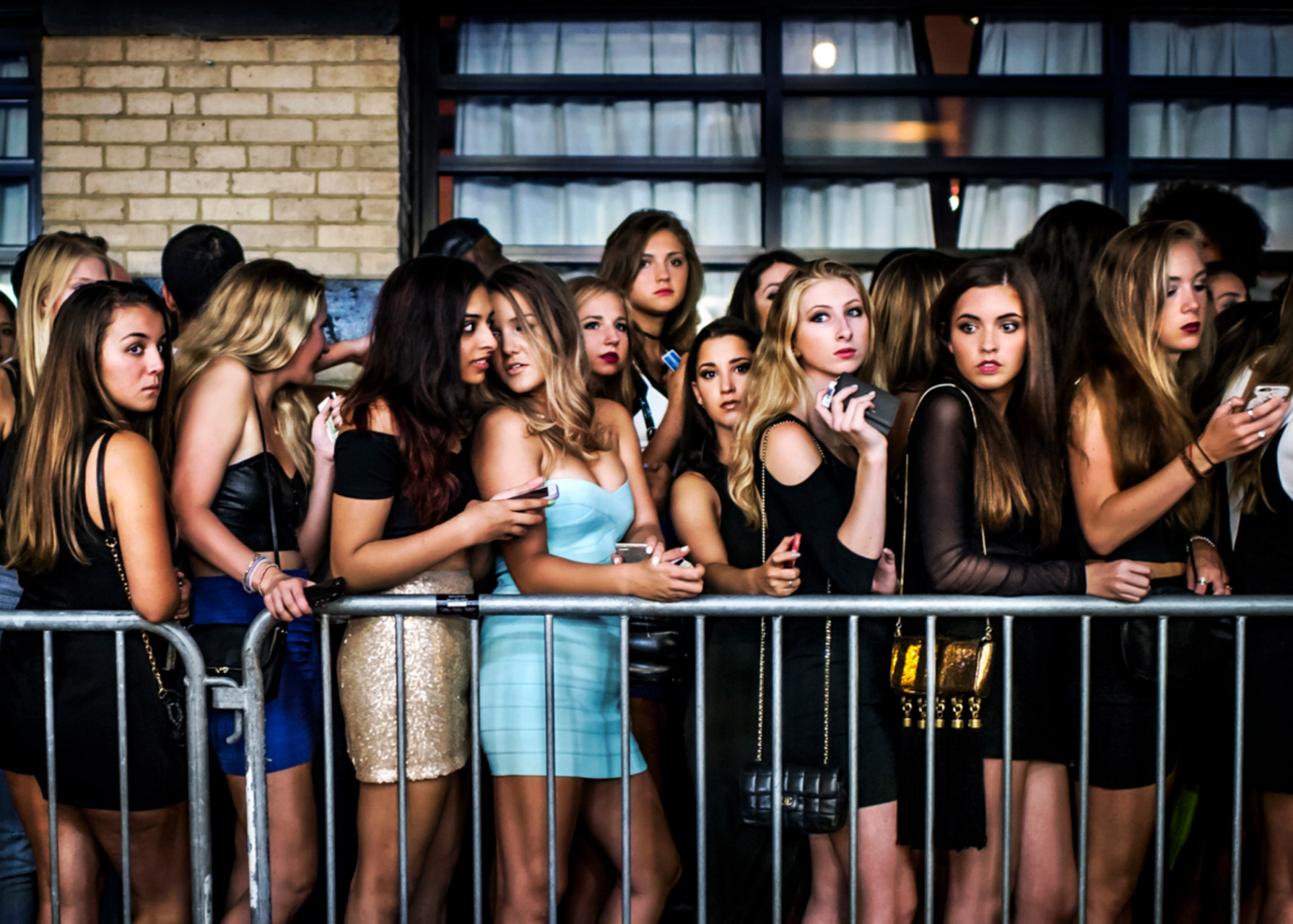 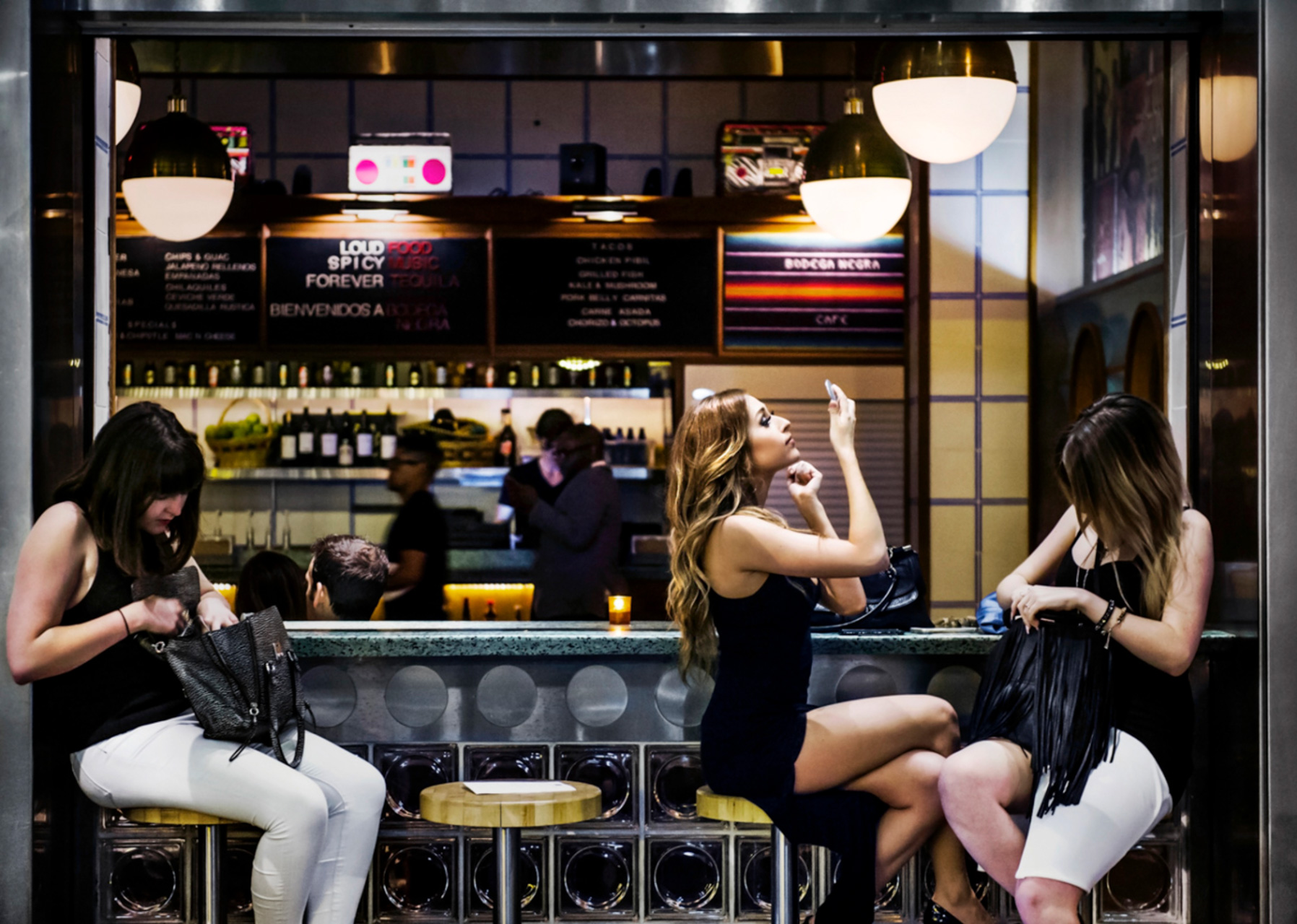 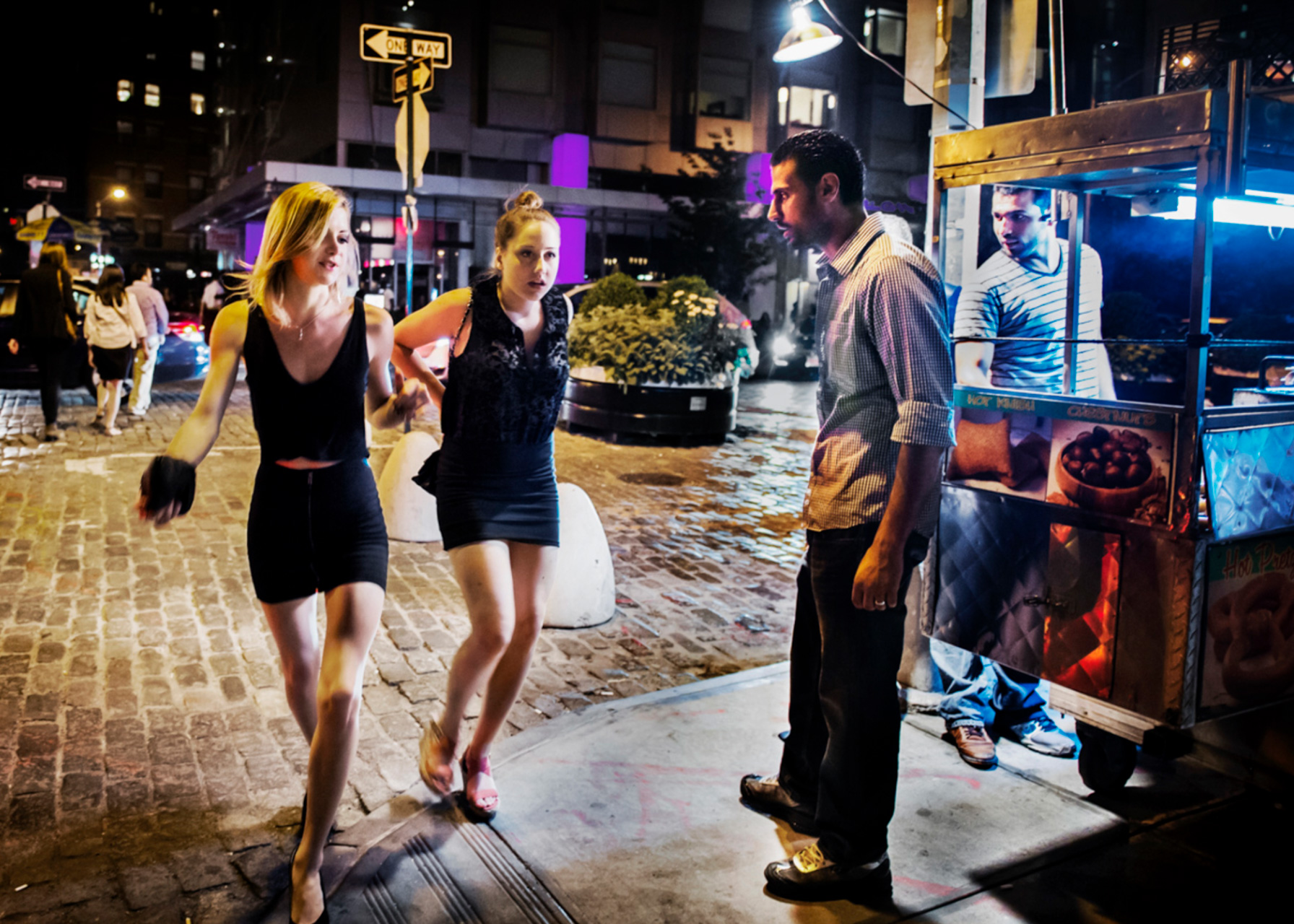 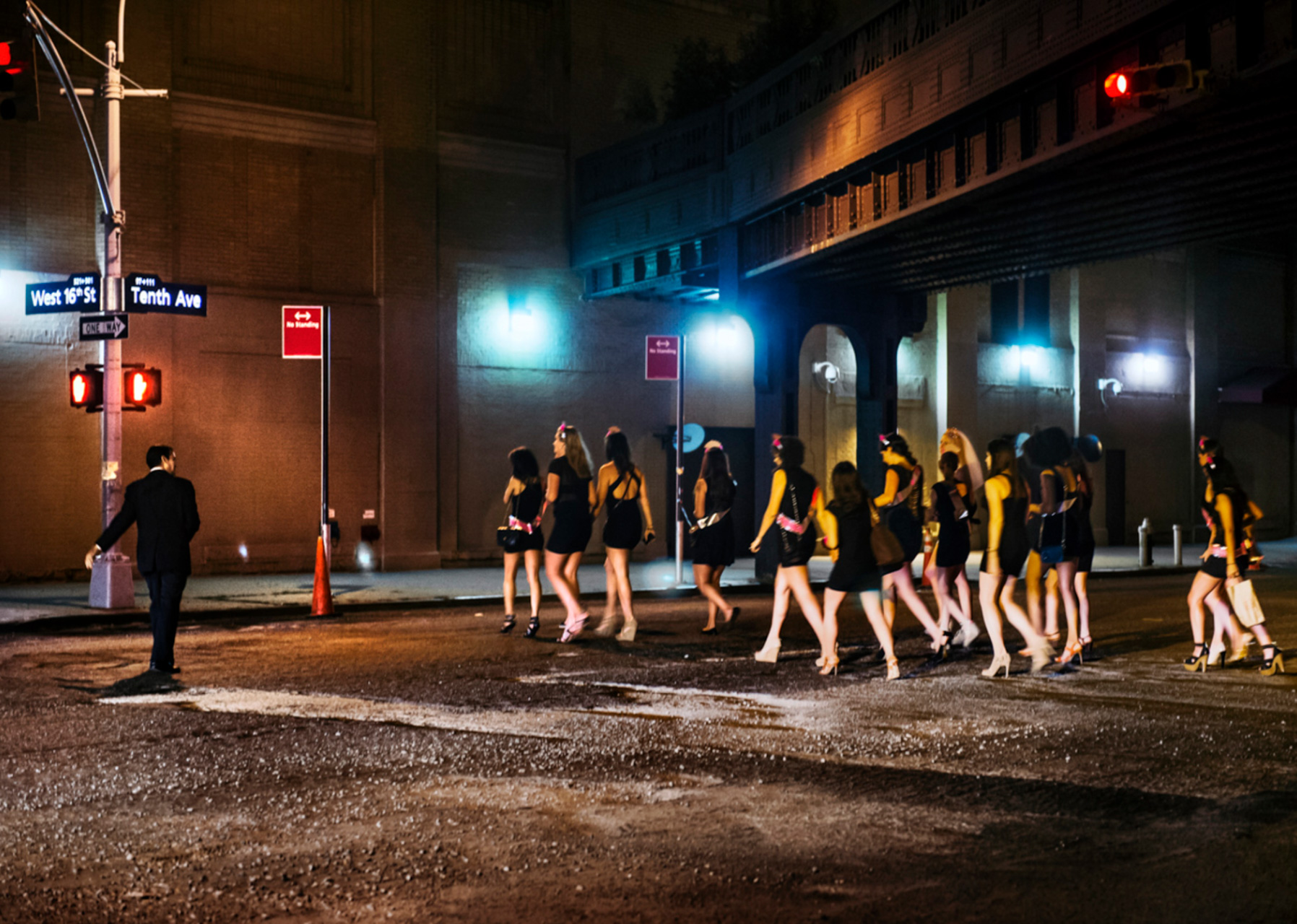 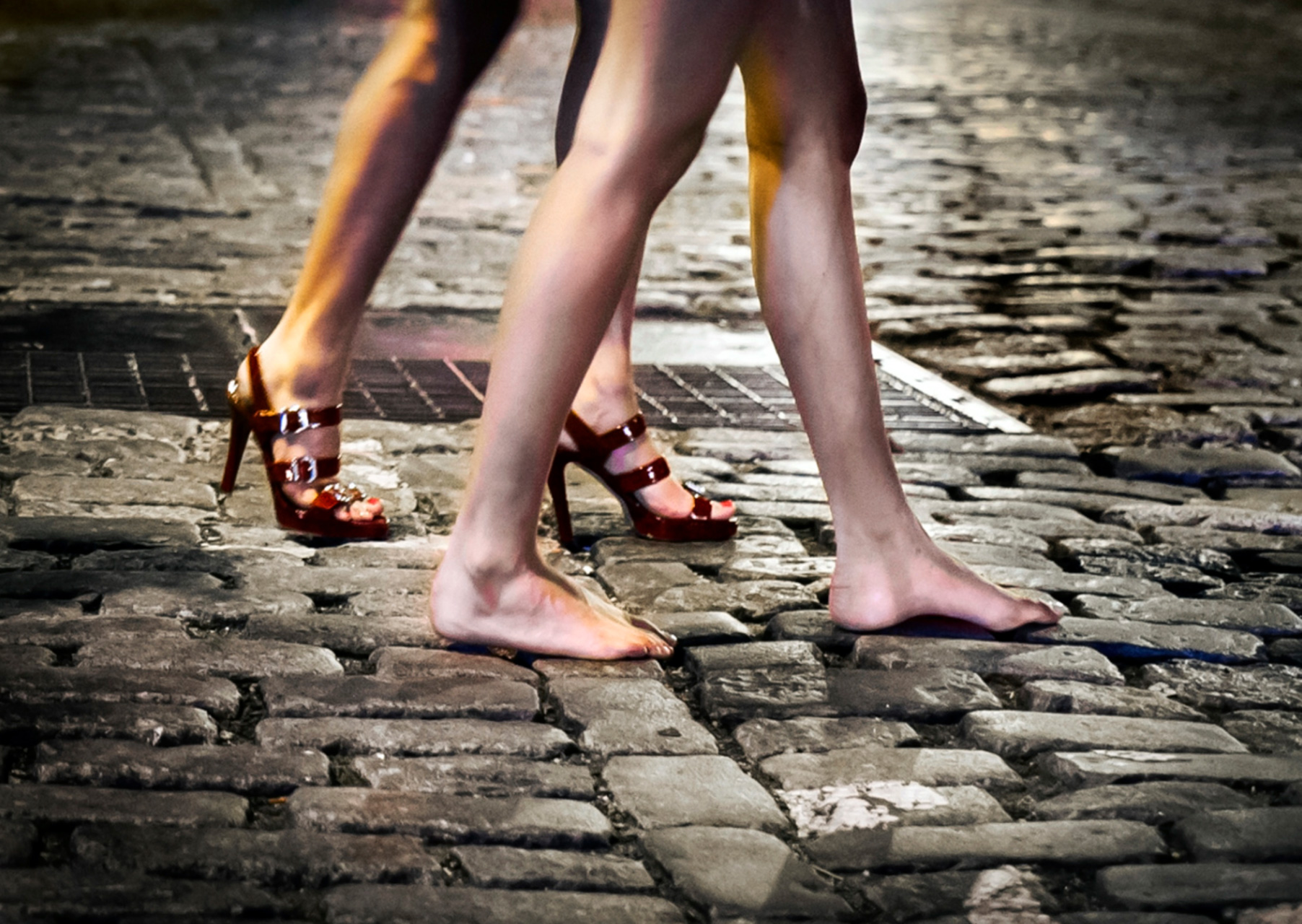 The Meatpacking District in Manhattan is a neighbourhood formerly known for its gay nightlife, transgender sex workers and leather clubs. In her series Meatpacking, New York-based photographer Dina Litovsky (1979, Ukraine) shows how the nightlife has changed in the district that she describes as a microcosm of sexual politics. “The formerly gritty, working-class neighborhood has been recently transformed into an ostentatious, high-gloss carnival for the young, single and heterosexual,” explains Litovsky.

The series features photographs taken at night during the weekends, when women eagerly put themselves on display and men feel encouraged to express their appreciation. The set in which this theatre unfolds is lit by street lamps and food carts releasing their smoke. The colours are bold, the girls march together adhering to specific dress codes, and high heels are revealed as a tool for seduction as well as a self-torture.

What is interesting for Litovsky is that despite the major changes in the area, Meatpacking is still a sexual playground that she observes with anthropological interest, depicting with her series this post Tinder-era courtship.