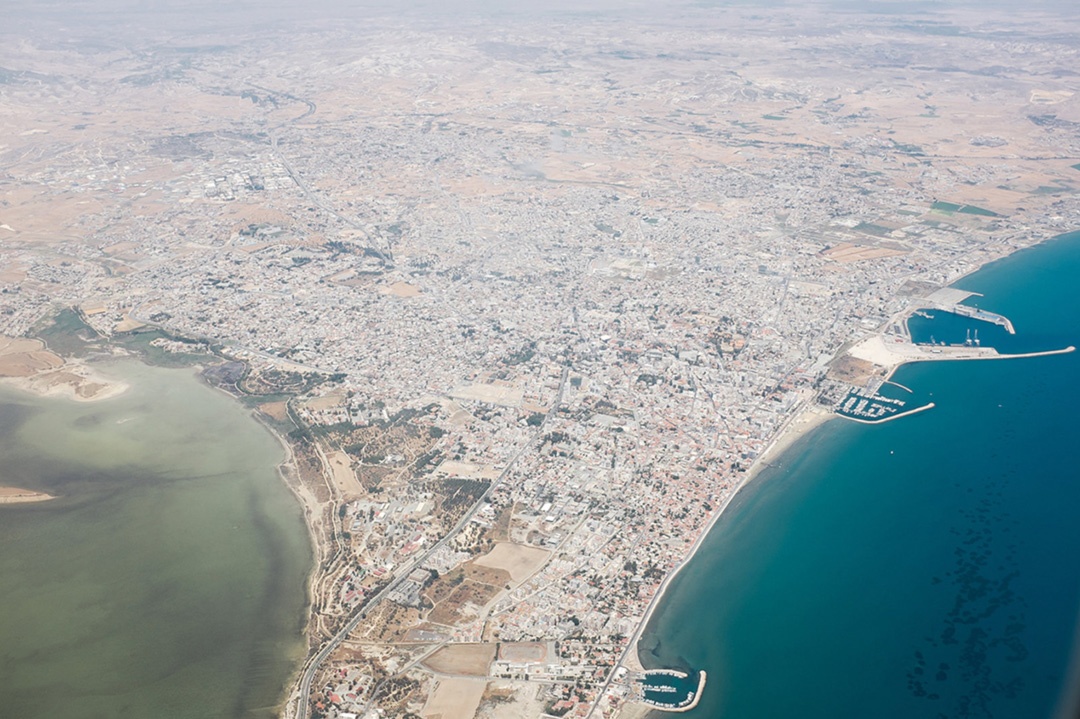 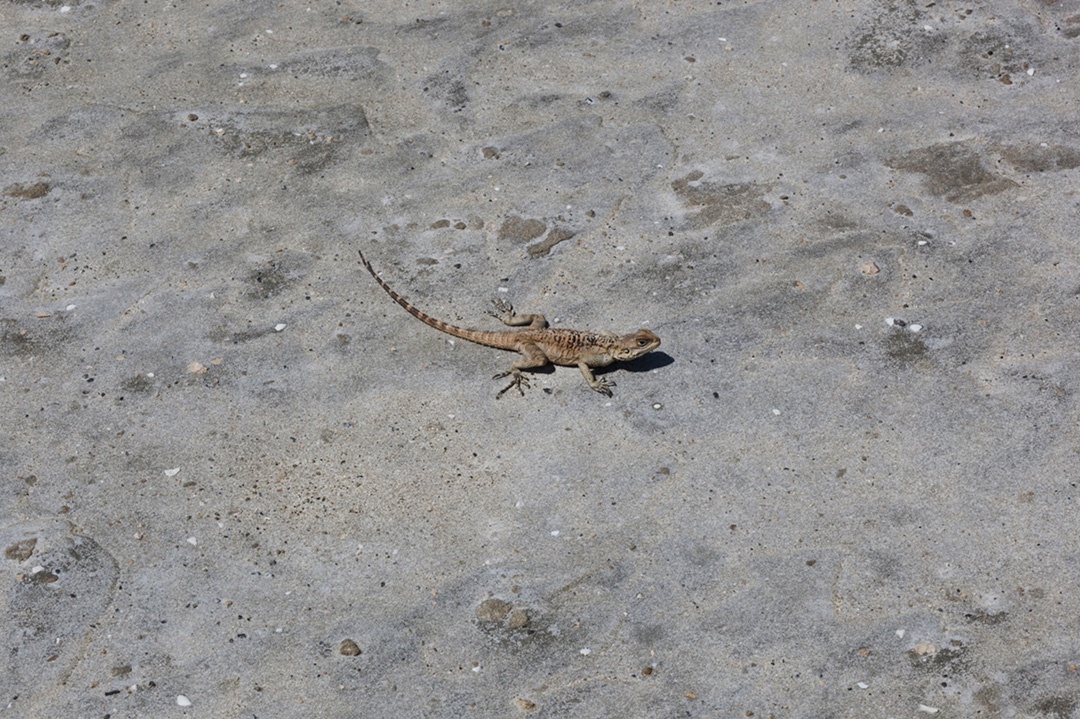 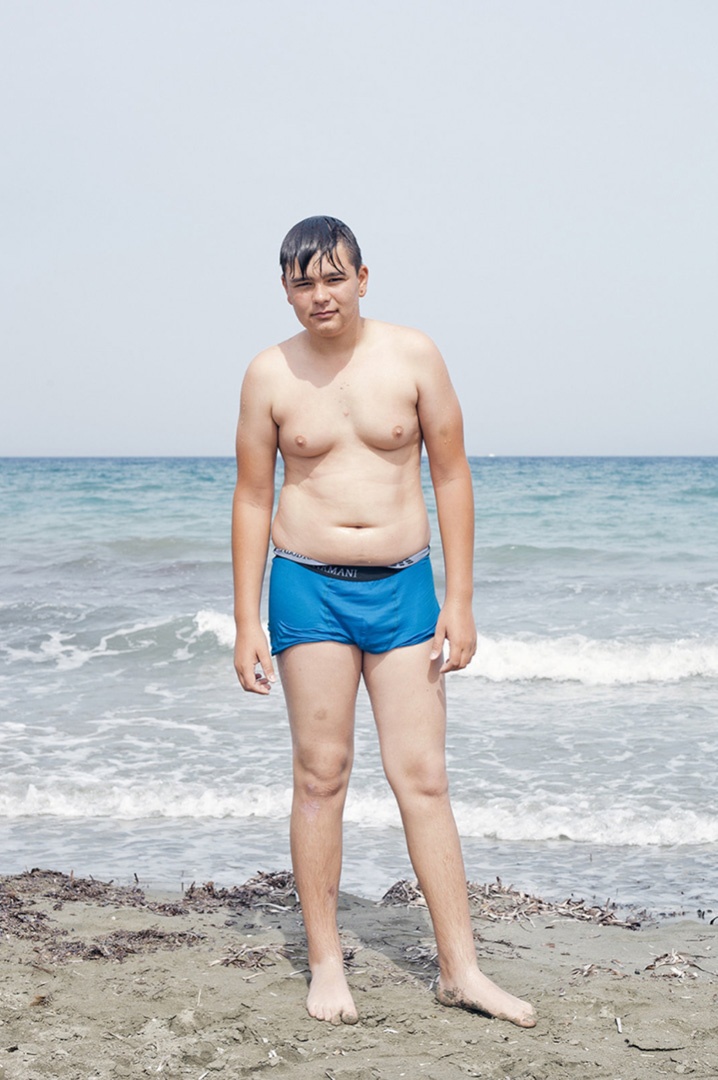 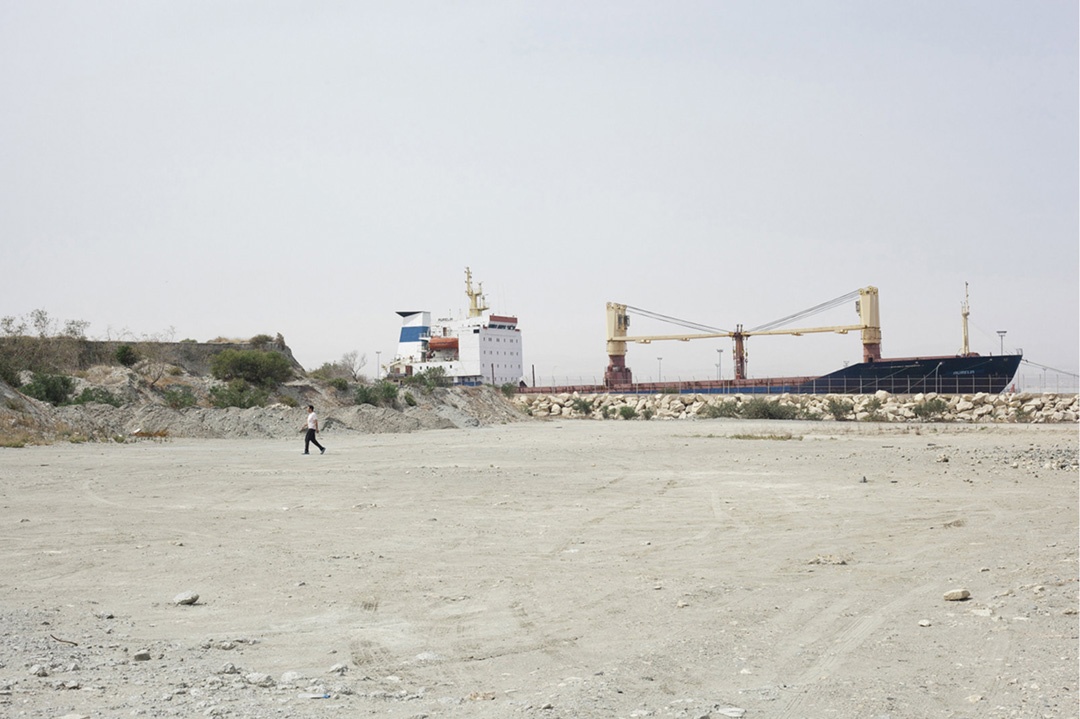 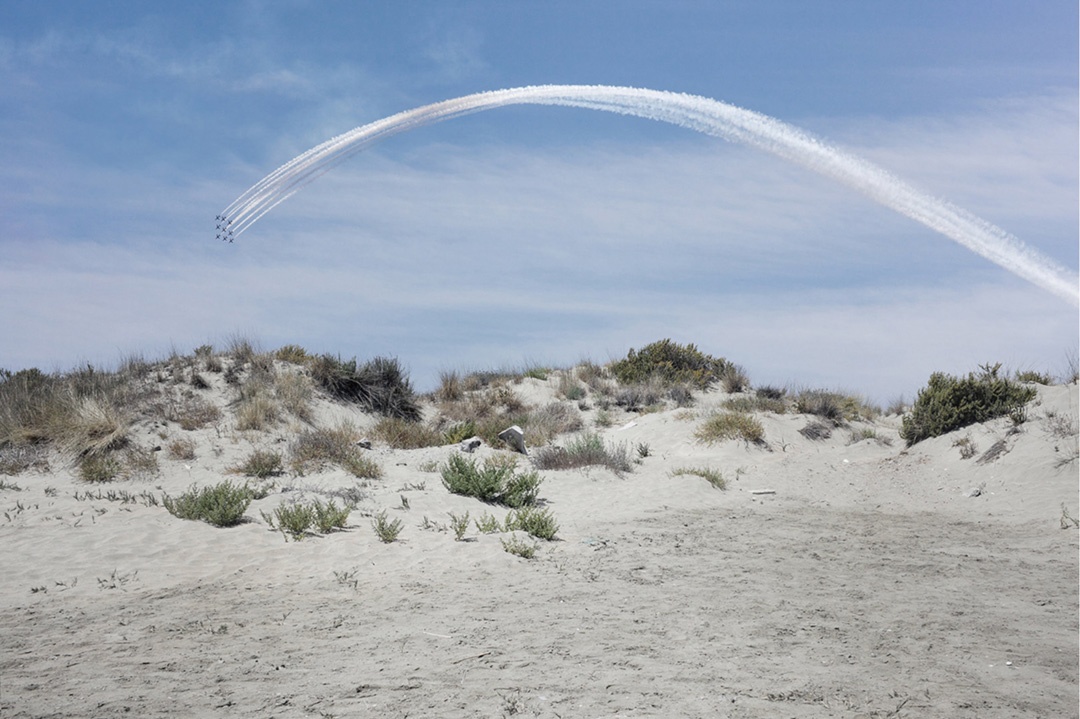 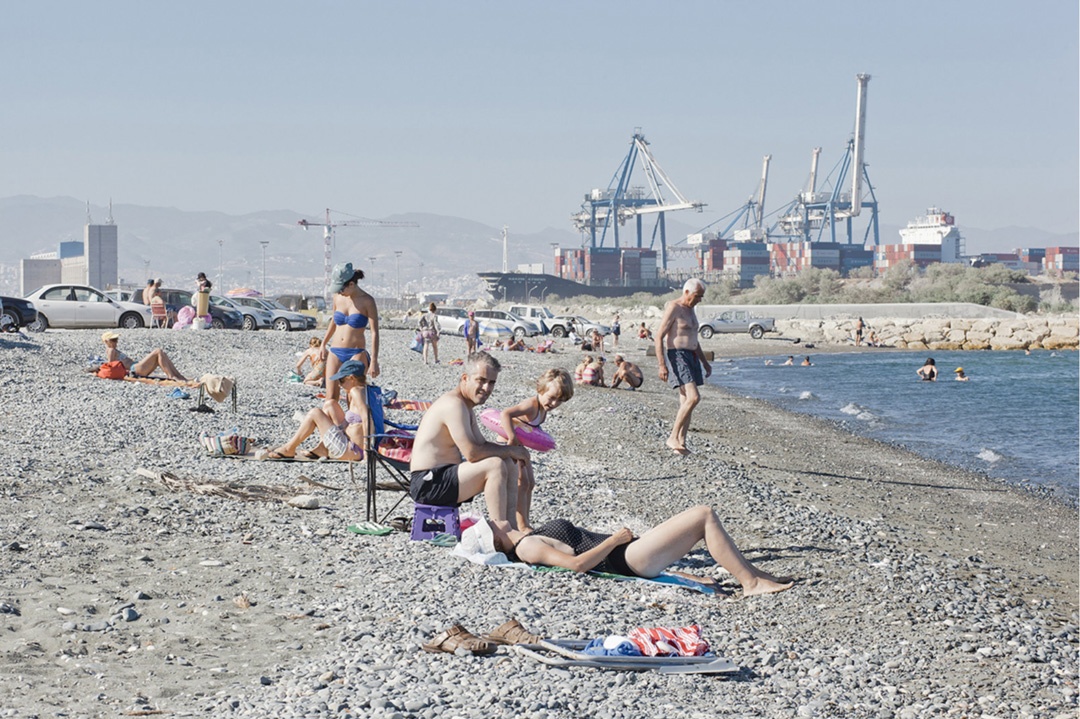 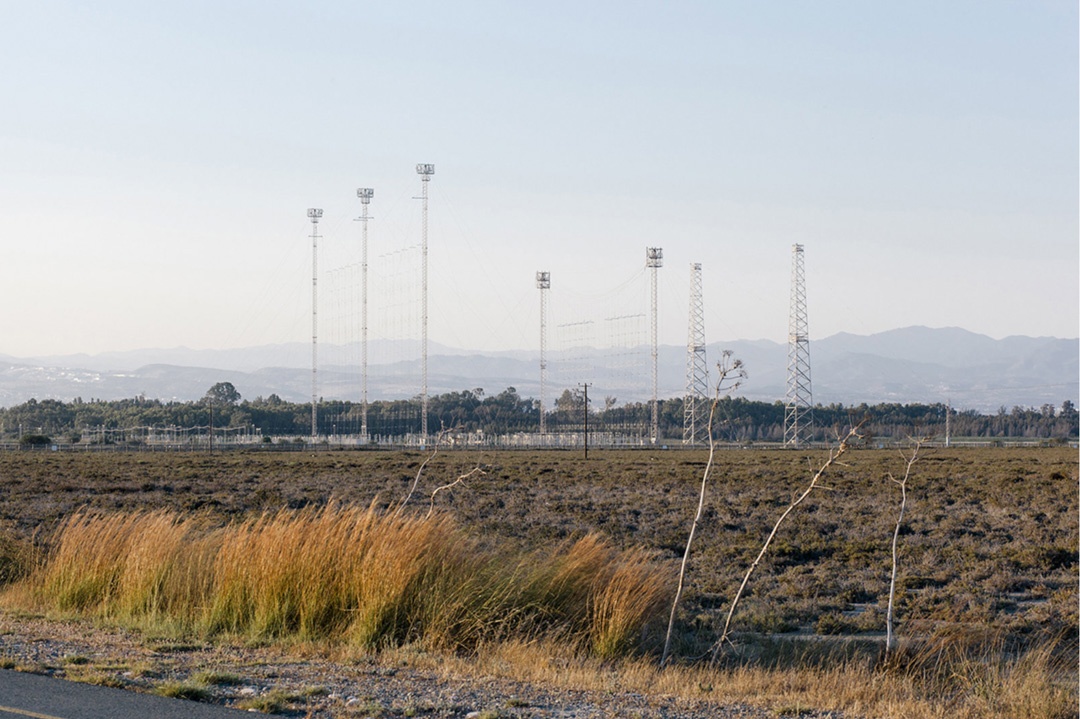 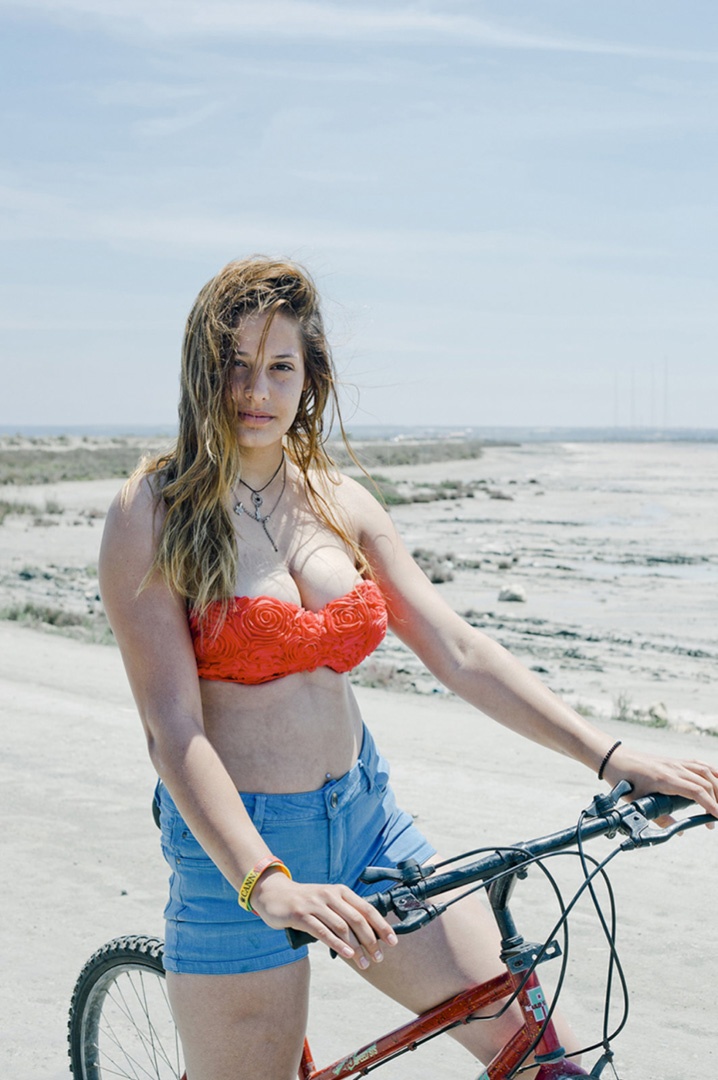 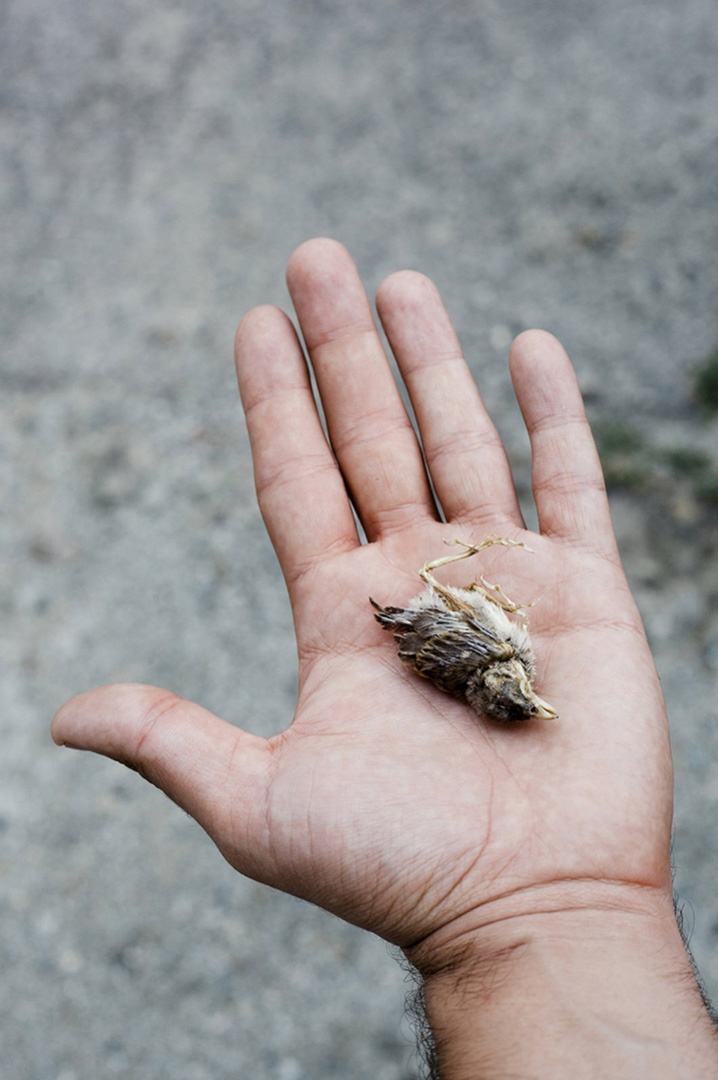 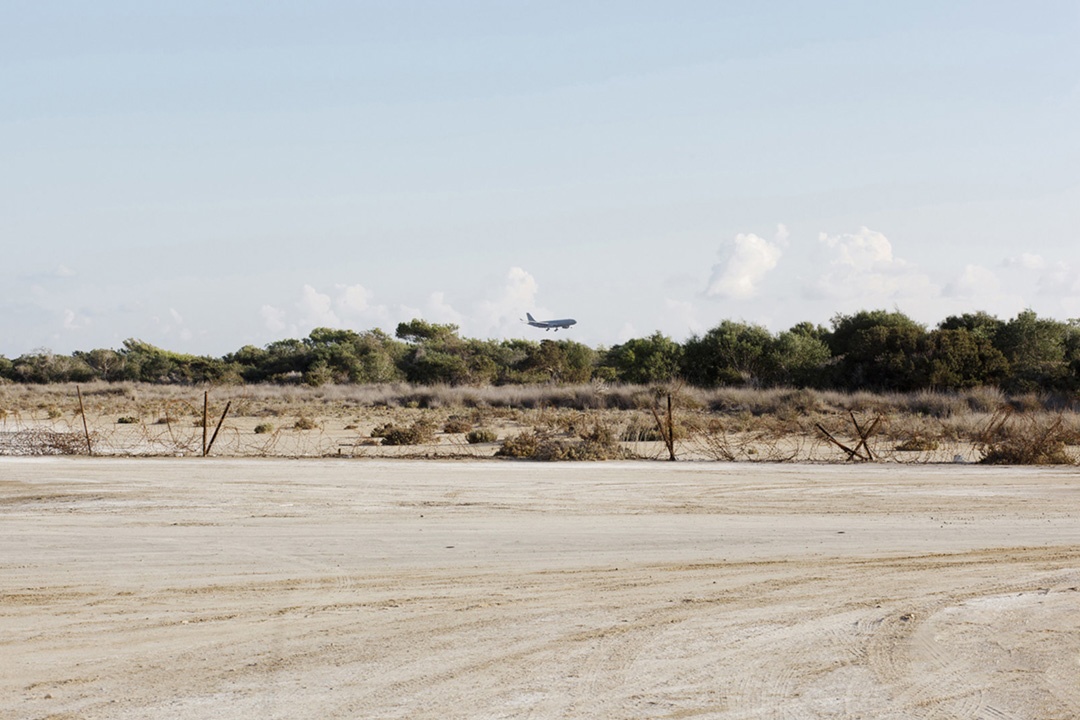 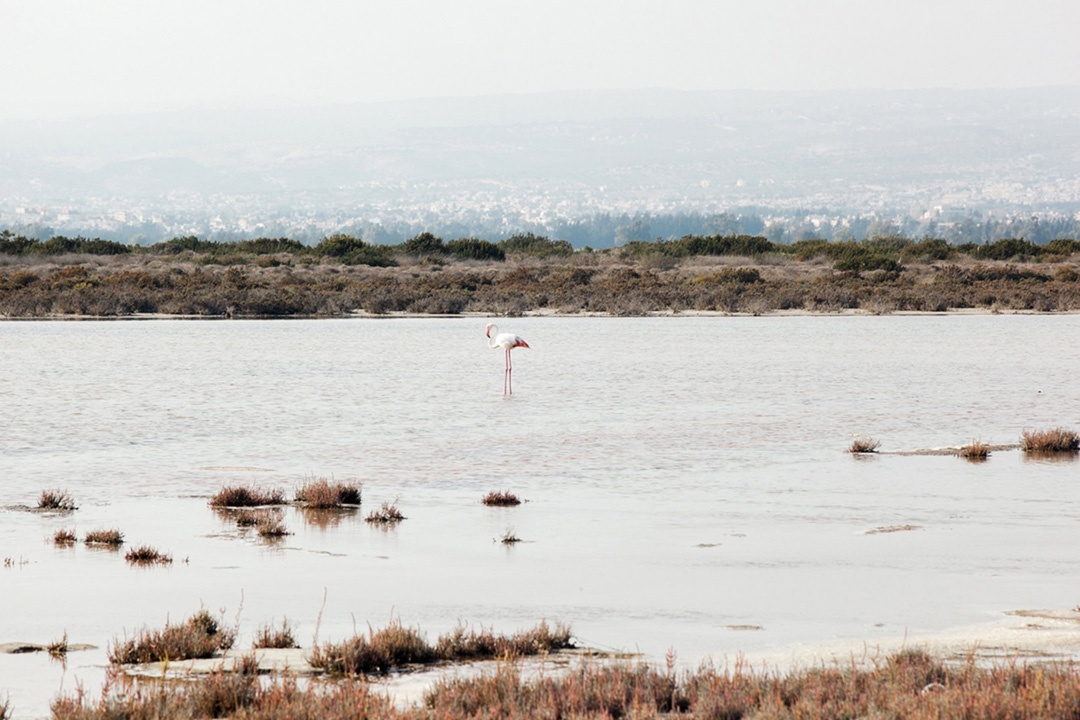 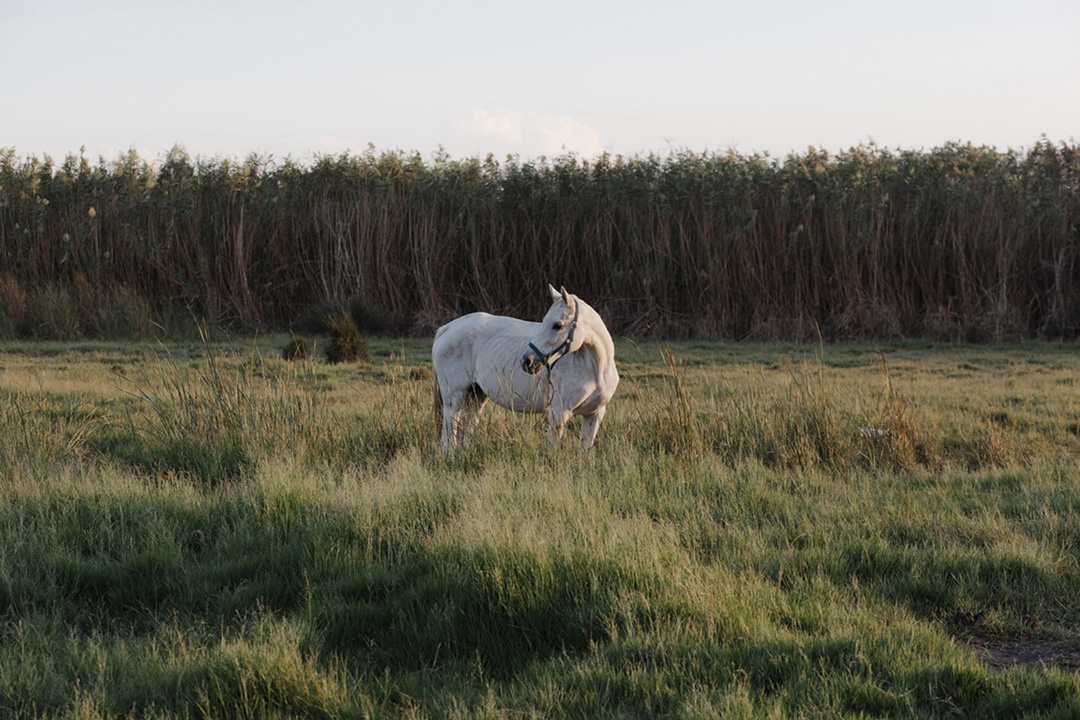 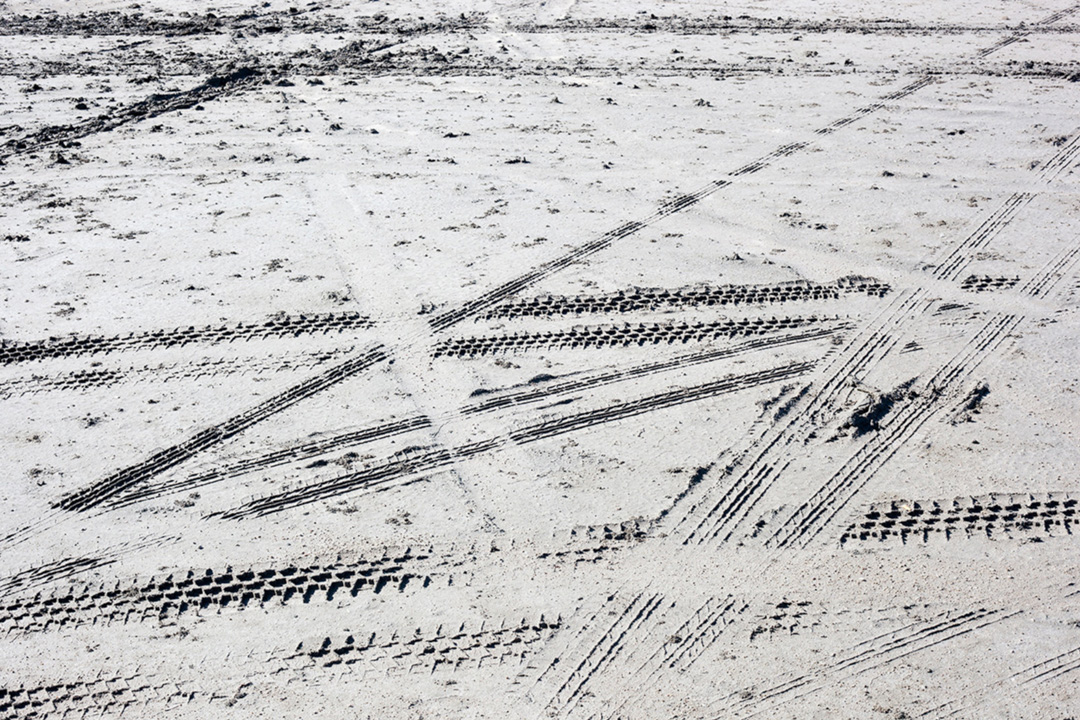 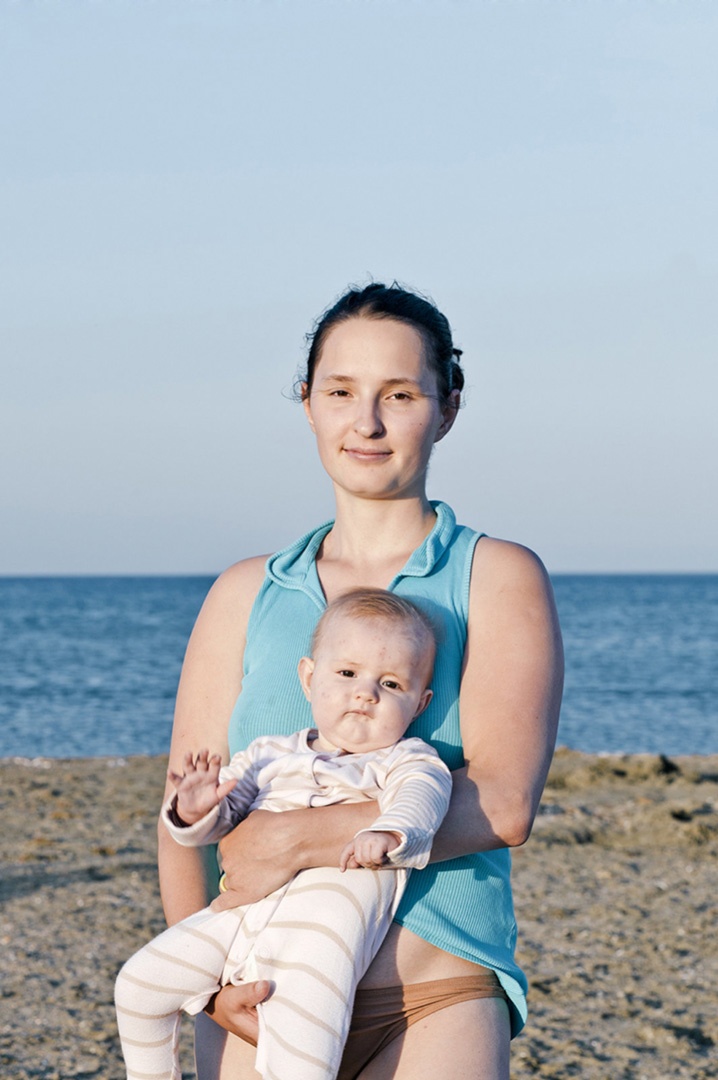 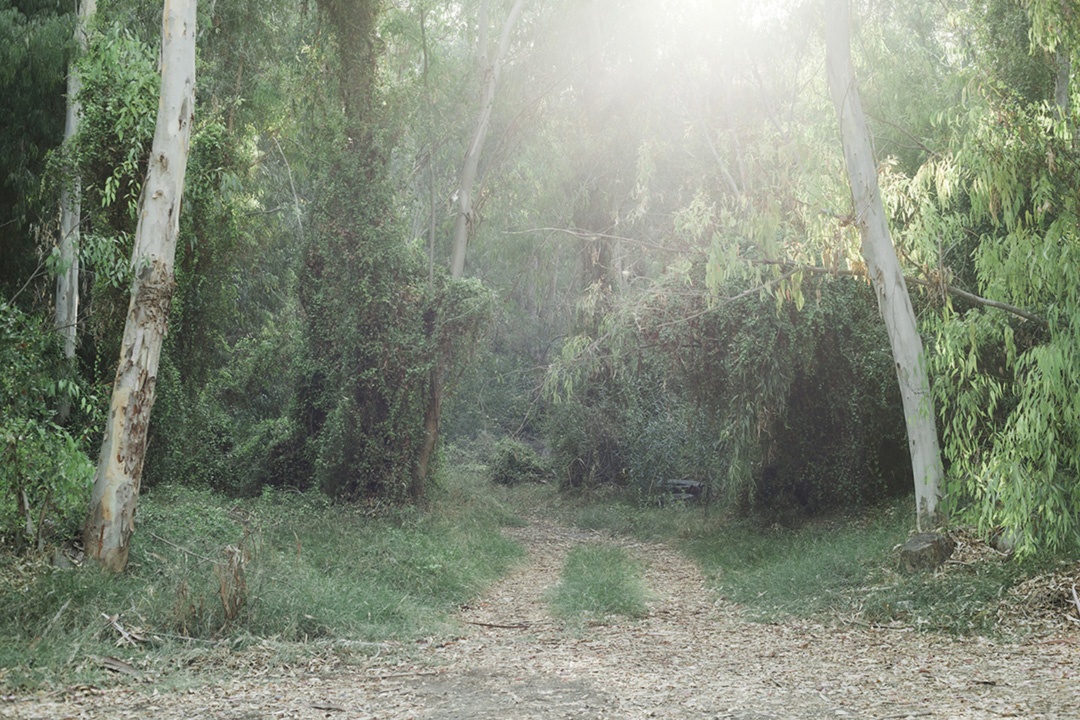 It is difficult to define the area that occupies the east coast of the Akrotiri peninsula in Limassol, Cyprus. Lady’s Mile is a coexistence of diverse cultural, historical, political and natural elements that manifest in just 7km of flat sand. The controversial territory was retained by Britain after Cyprus’ independence but remains a beloved beach for both Cypriots and non-Cypriots.

Stelios Kallinikou (1985, Cyprus) documents the challenging characteristics that define this site’s geographic identity. Coexisting as a neighbour is Britain’s permanent presence, RAF bases and British communication antennas that concern locals due to radiation emissions. Vessels pass by the beach destined for Cyprus’ largest seaport whilst motocross enthusiasts exploit sand dunes and model airplane aficionados adopt the land itself. As the seaport acts as an evacuation point for refugees attempting to flee conflicts in the Middle East, only a few hundred meters away thousands of migrating birds occupy the Akrotiri salt lake; one of the Eastern Mediterranean’s most important wetlands. At Lady’s Mile these competing situations converge; it becomes an “uncanny spatio-temporal landscape.”