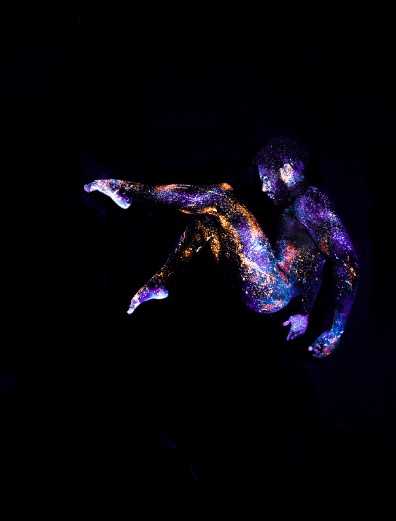 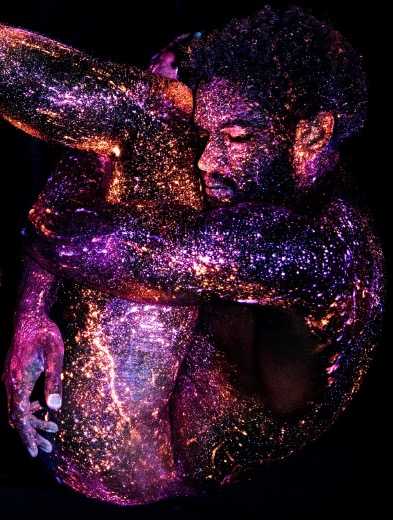 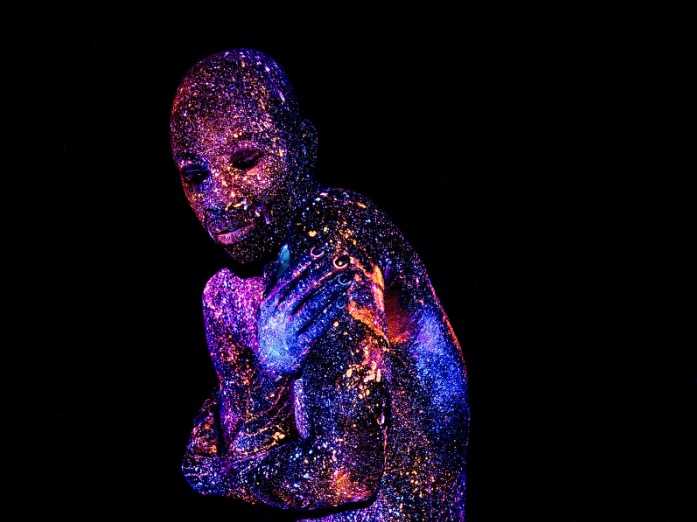 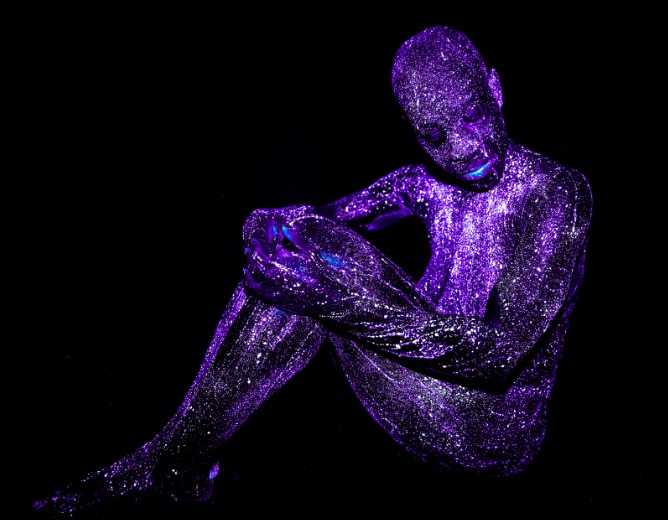 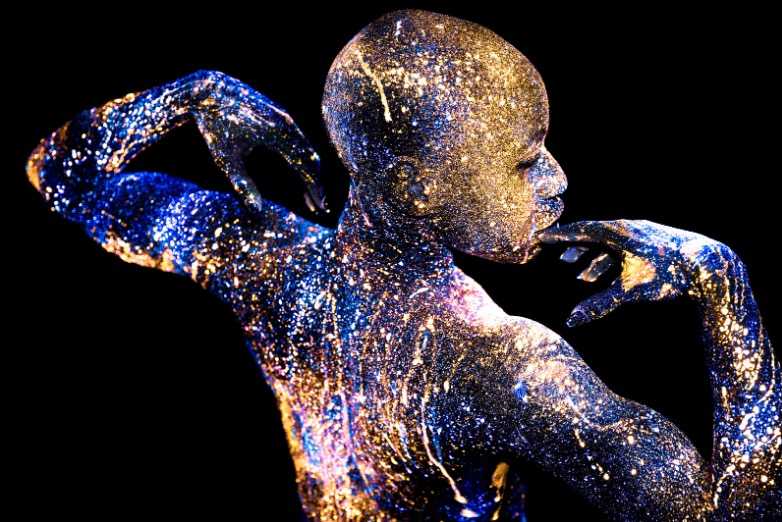 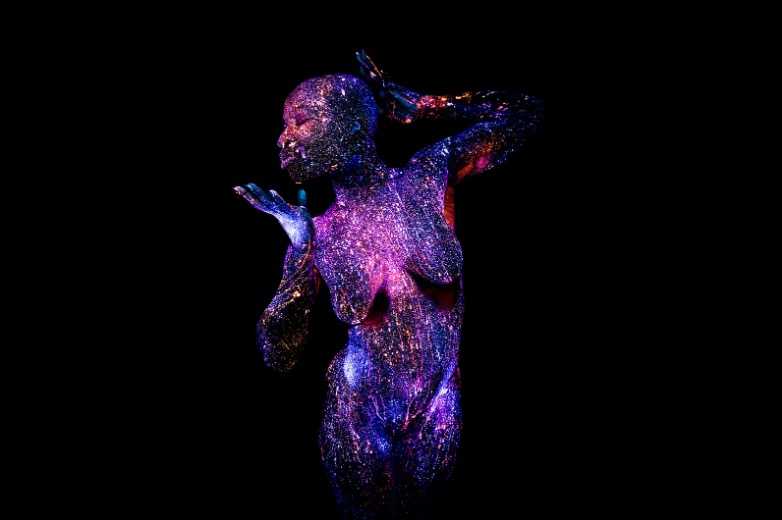 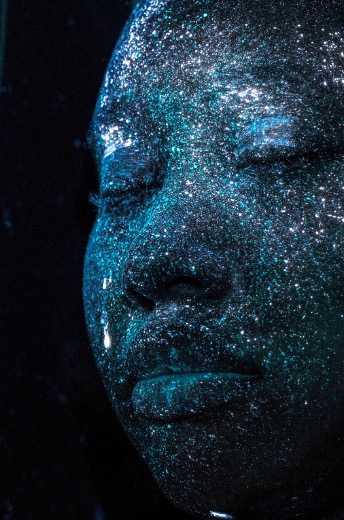 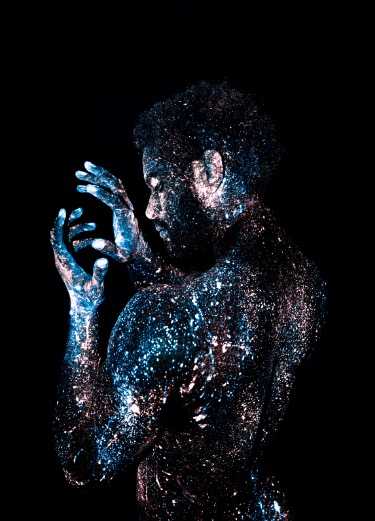 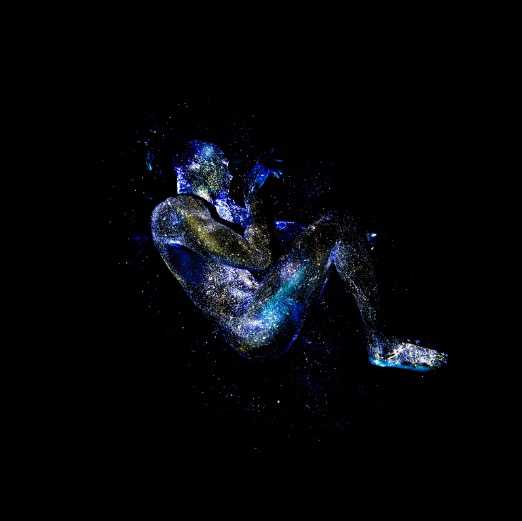 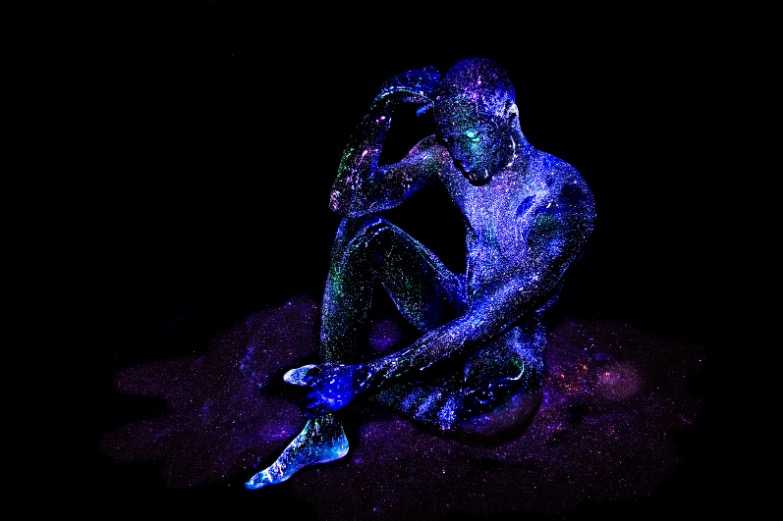 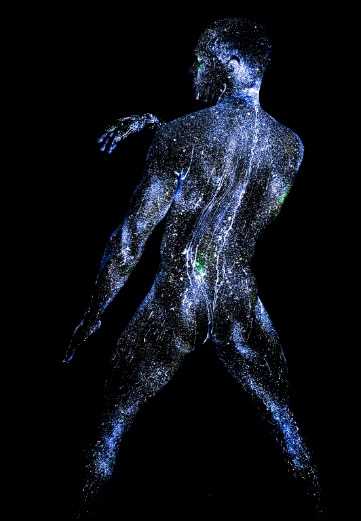 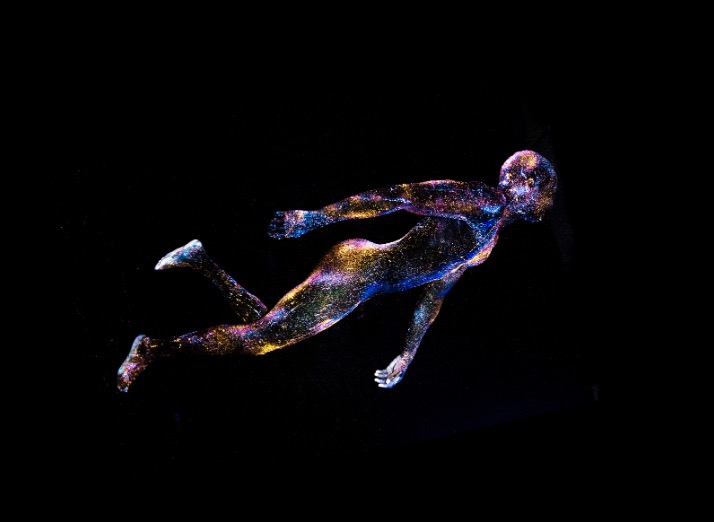 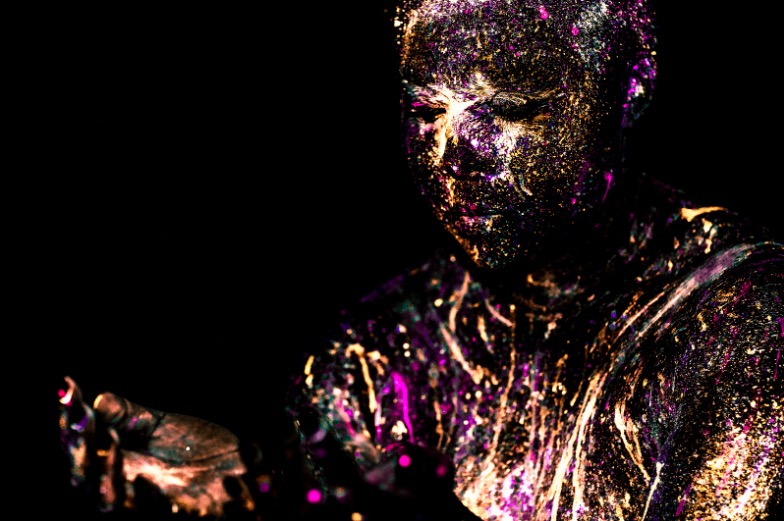 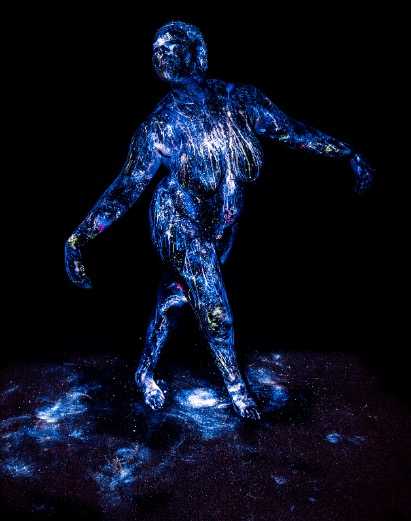 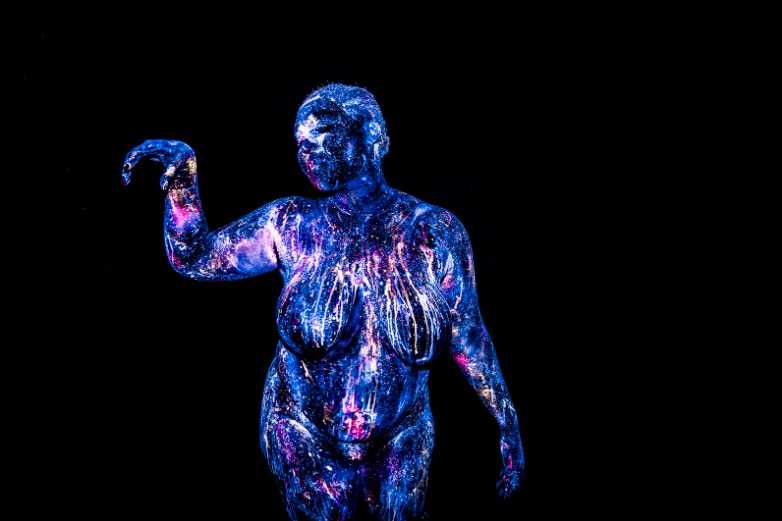 With his project Infinite Essence, the Nigerian-Swedish photographer Mikael Owunna (b. 1990, United States) shares his response to pervasive media images of black people dead and dying. The artist opted to depict a pitch black background on which he placed glittery human silhouettes that are floating in the lightless space, as if it were an ocean or a sky. With this, Owunna is communicating the thin line between ephemerality and the eternity of the black body.

In 2019, black women and men are being gunned down by police, drowning and washing up on the shores of the Mediterranean, starving and suffering in award-winning photography. Literature, too, proves how present racism still is in contemporary society, in books like Why I’m No Longer Talking to White People About Race by Reni Eddo-Lodge, White Innocence by Gloria Wekker and White Tears by Hari Kunzru. Unfortunately, the trope of the black body as a site of death is everywhere. Therefore, Owunna’s aim is to create a visual awareness about this issue that seems to be invisible to many people that never encounter themselves in any of the similar situations.