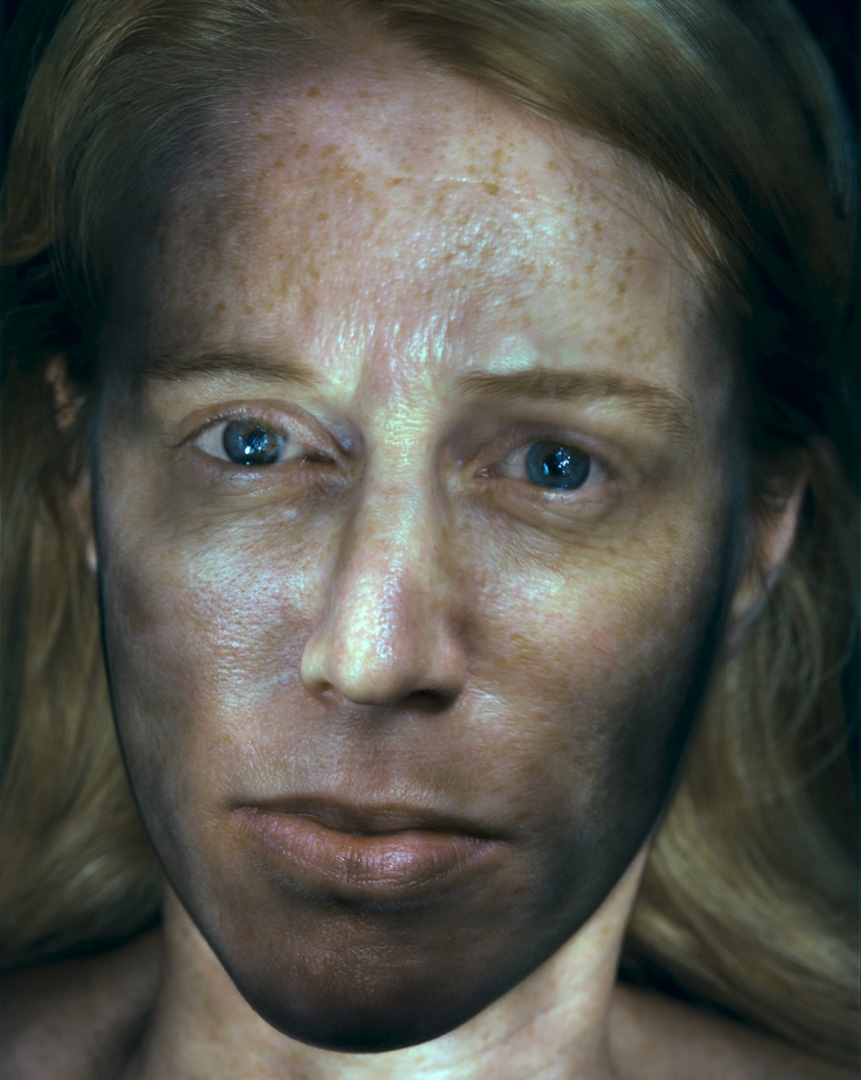 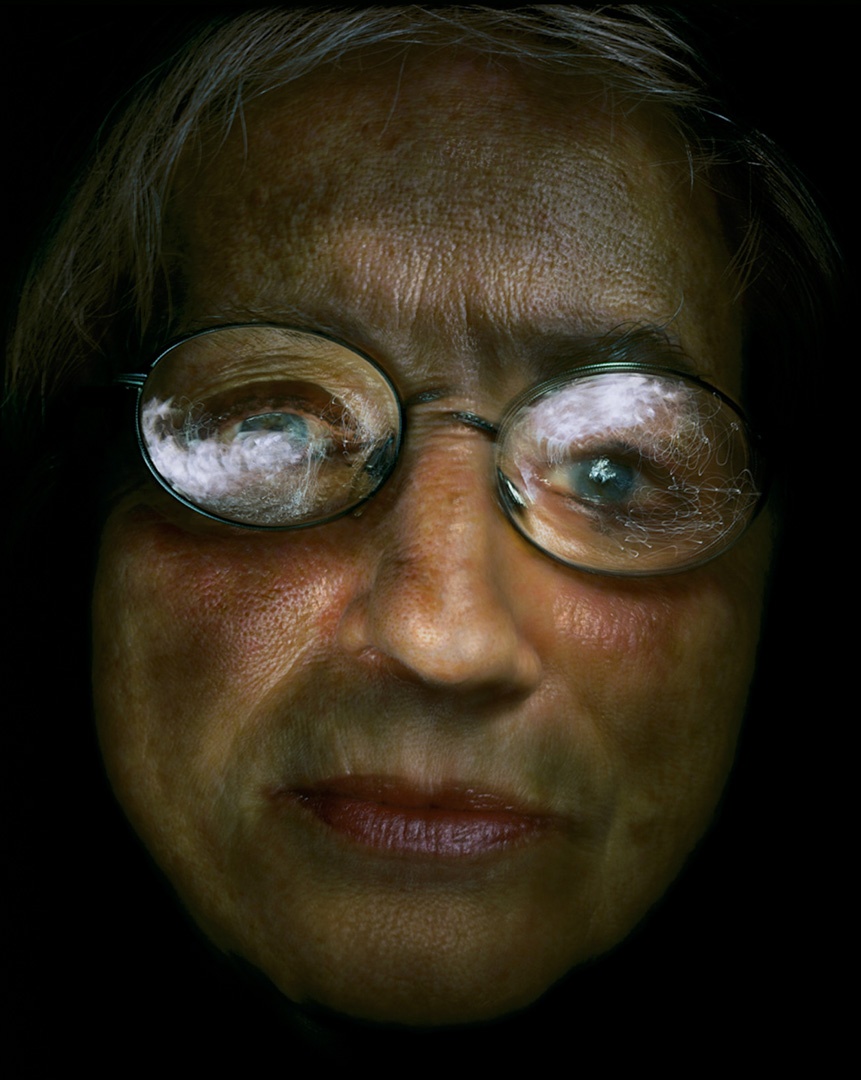 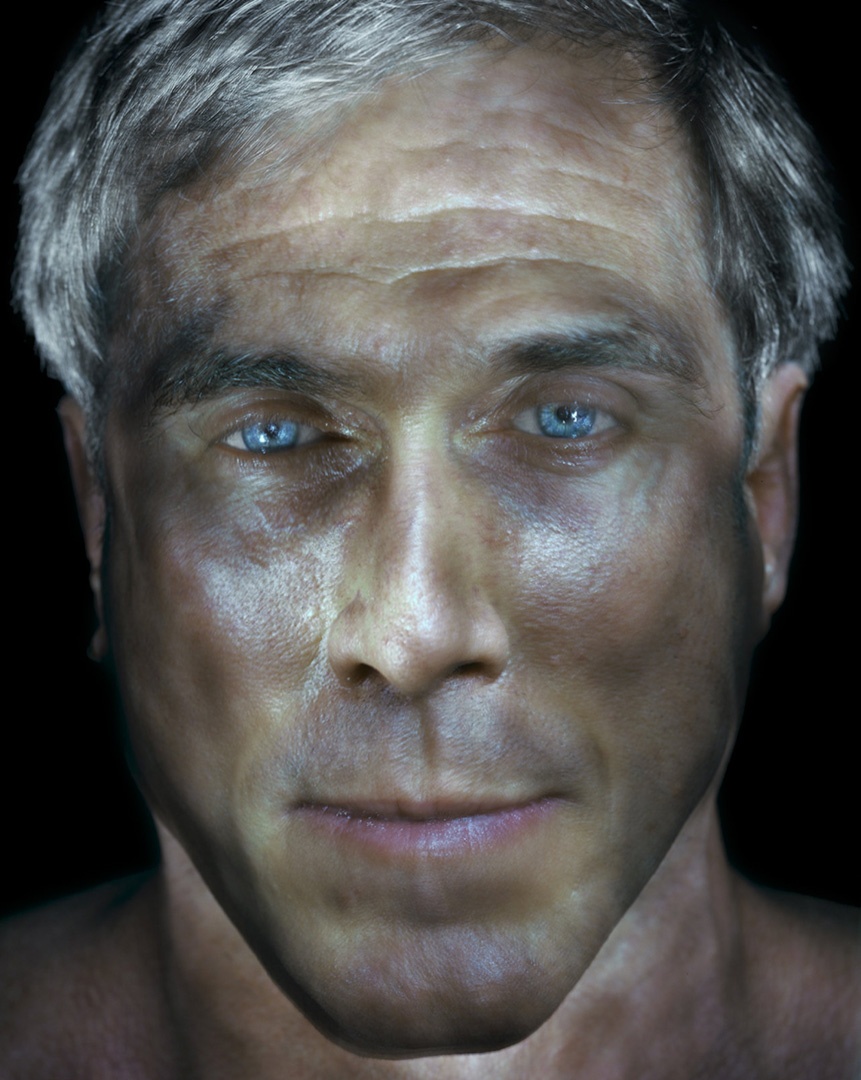 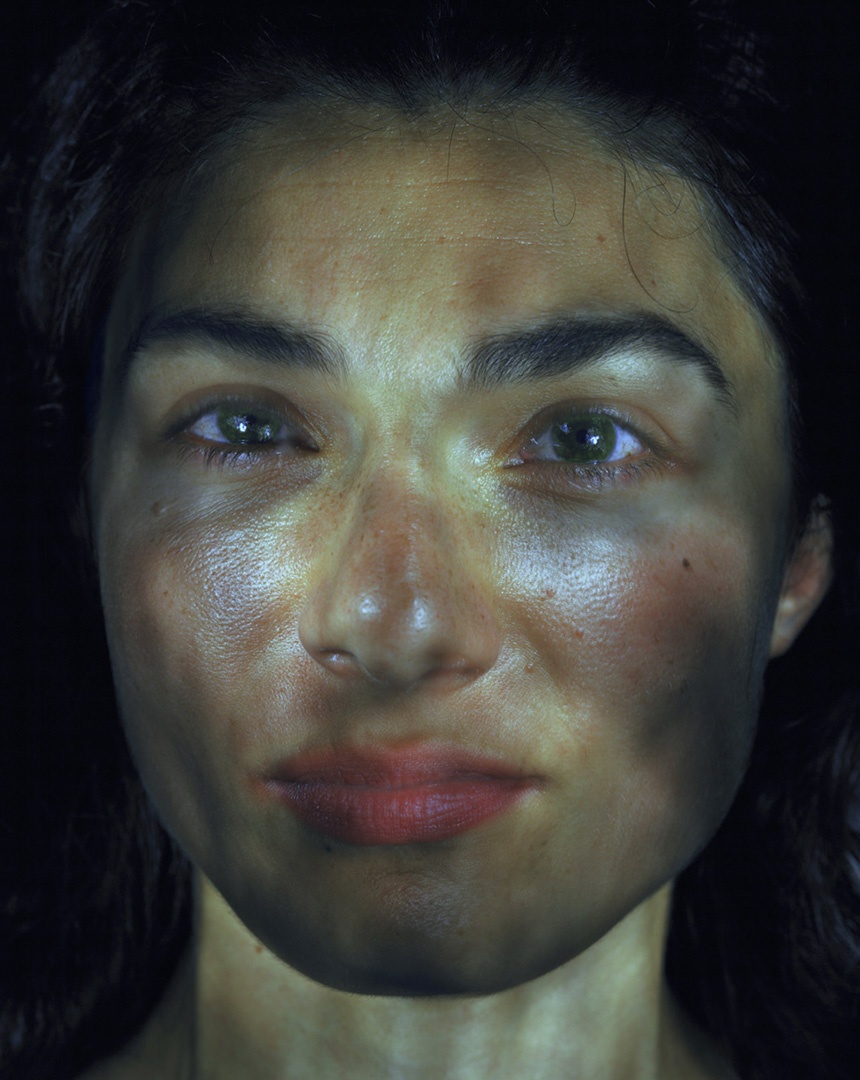 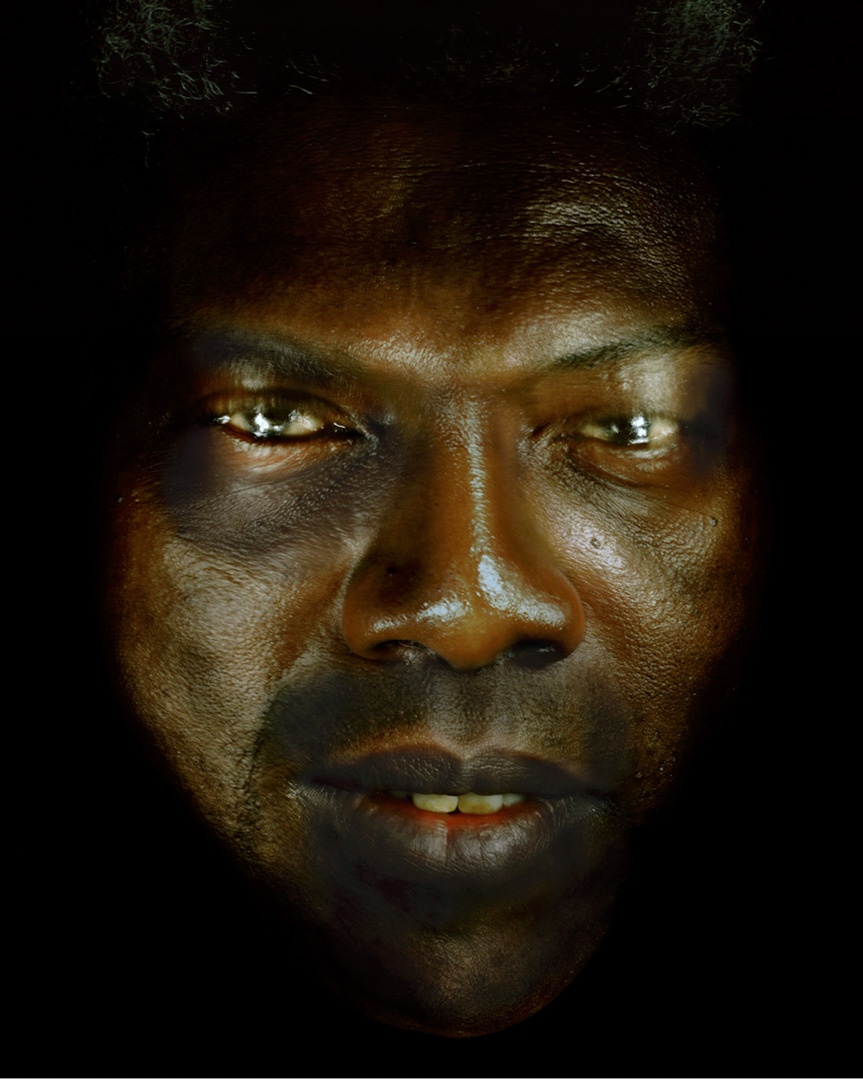 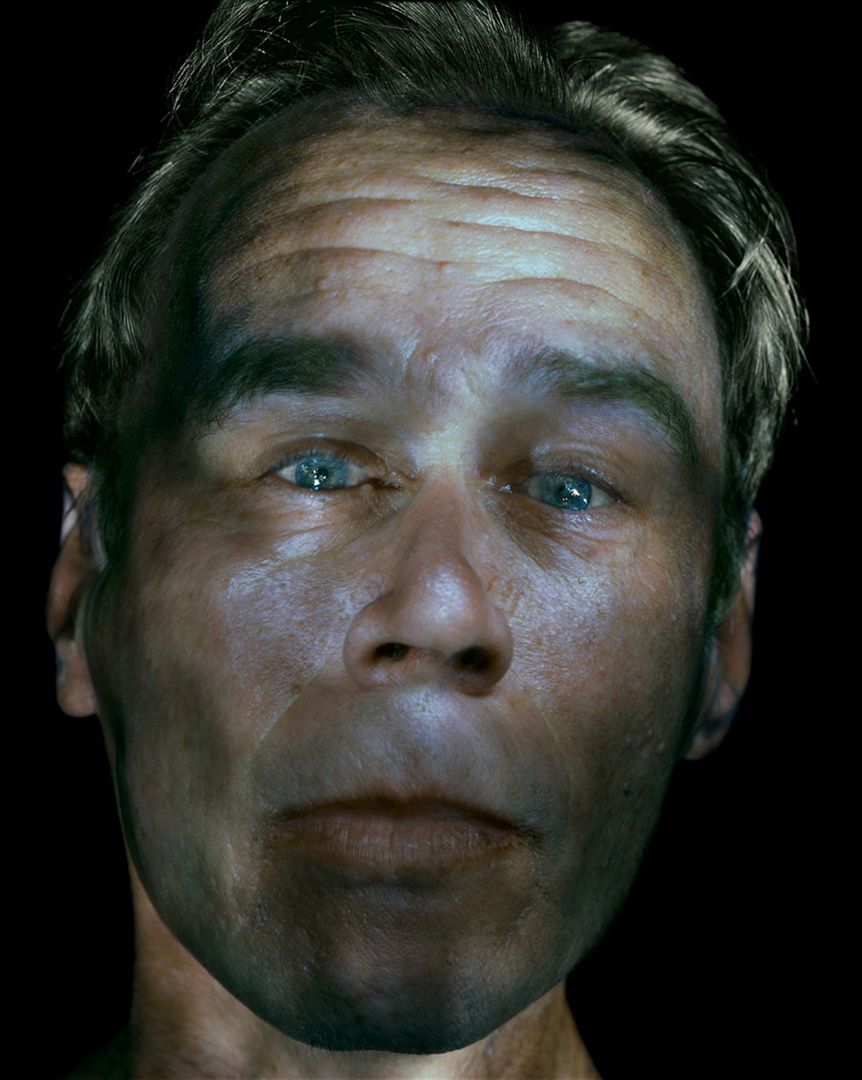 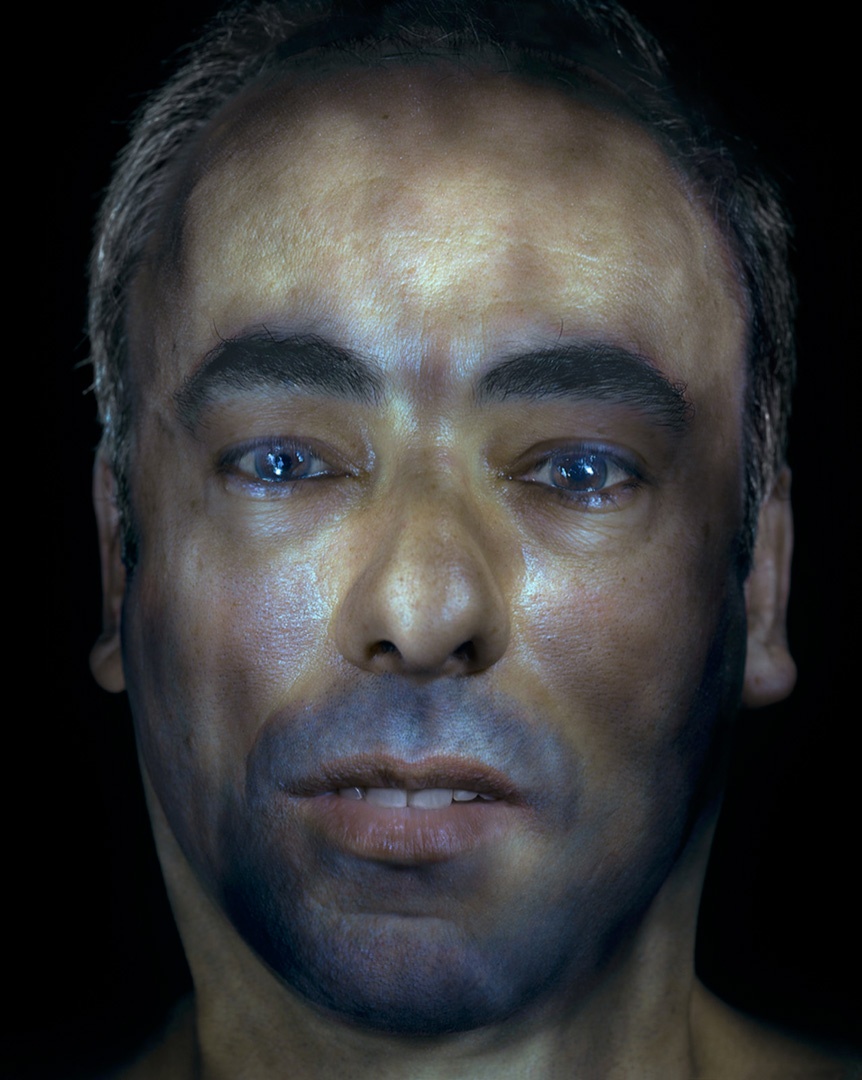 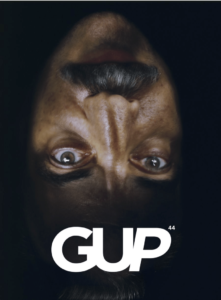 There’s something disconcerting about the portraits made by New York-based photographer Gary Schneider (b. 1954, South Africa). The uncomfortably close positioning of the faces, the awkwardly intense colour tones, the occasional stretched and warped skin … something’s gone awry with this view of humanity that feels real but looks wrong.

Created over a period of twenty years (1989-2009), the images in Heads are a study in slow portraiture. Inspired by Julia Margaret Cameron, Schneider uses exposures of approximately eight minutes. Like a surgeon, he works above his subjects, asking them to lie on the ground under his large format camera. He photographs in total darkness with his lens wide open, and uses a small flashlight as his sole light source, moving it slowly across his subjects’ faces to illuminate certain features. Pulled out from the darkness, their features are defined not by where shadows fall but where light has burned the longest.