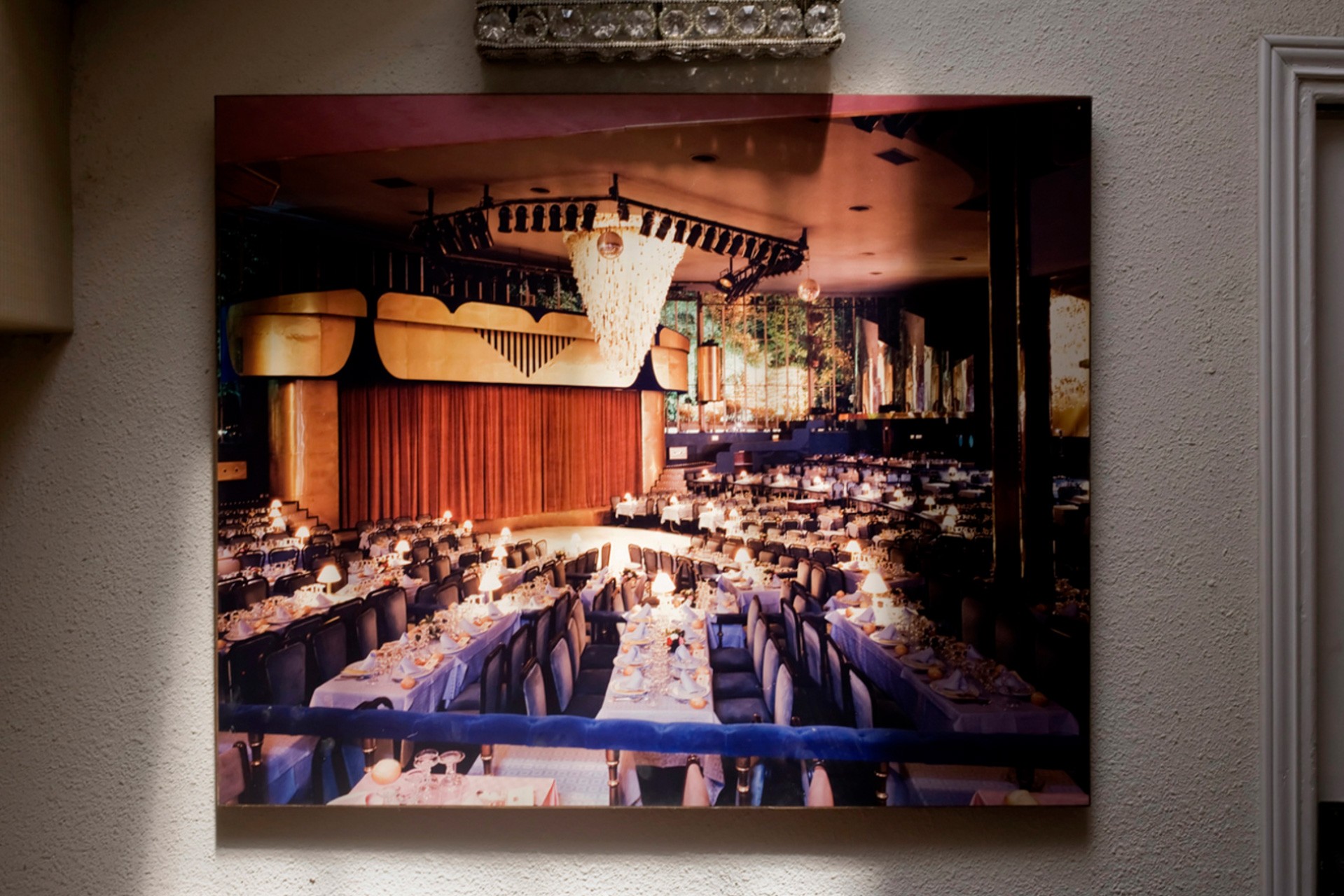 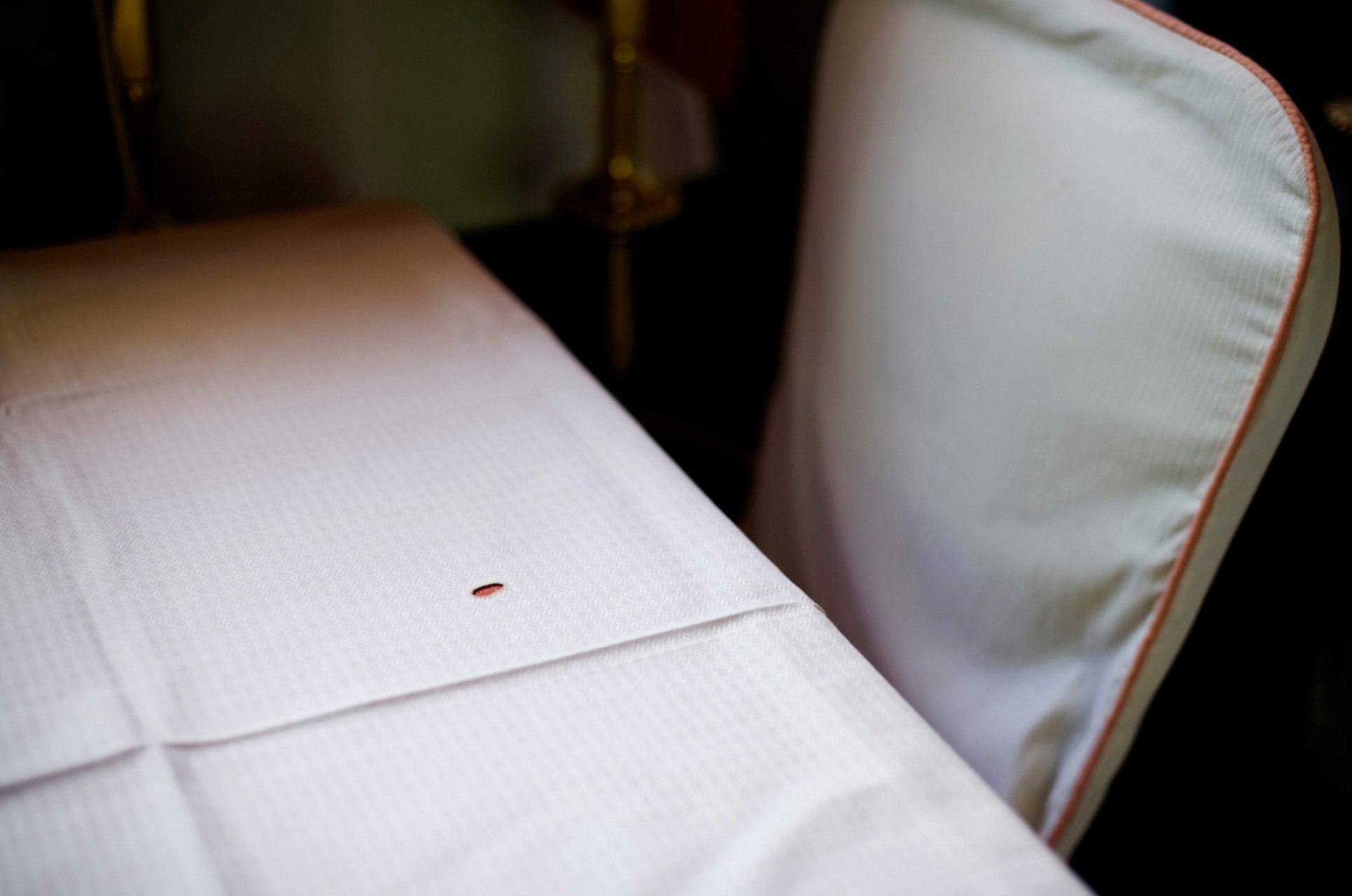 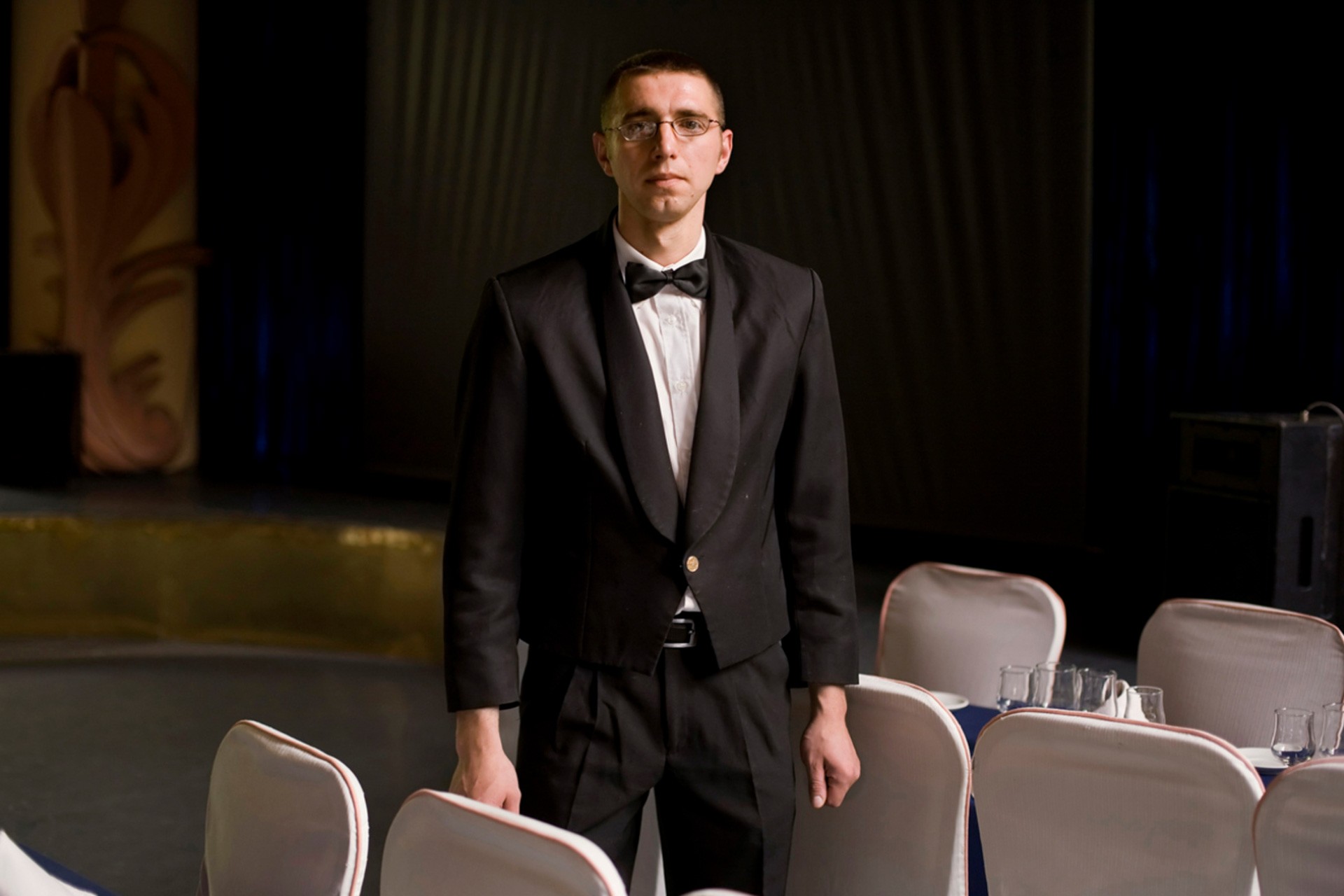 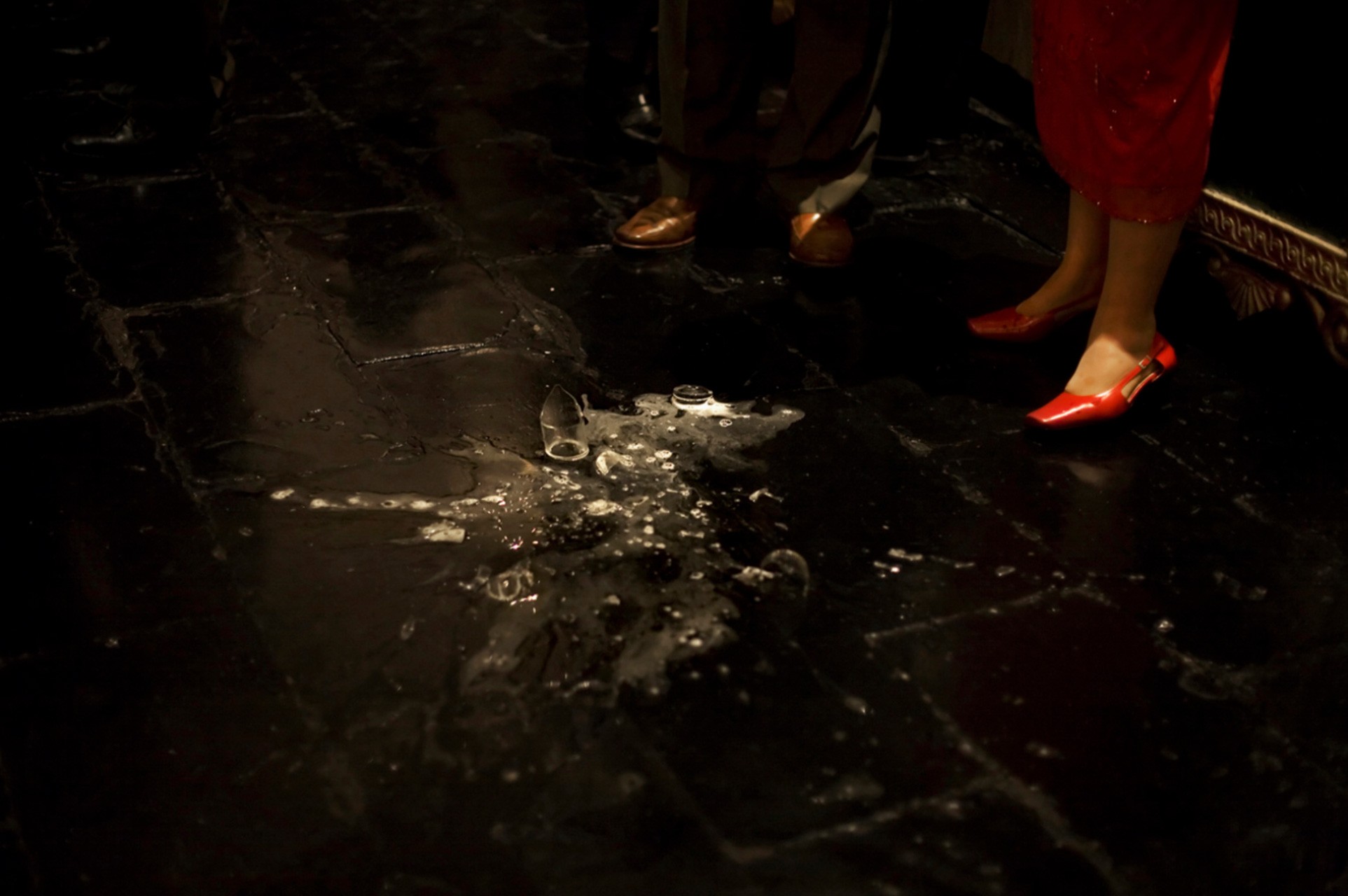 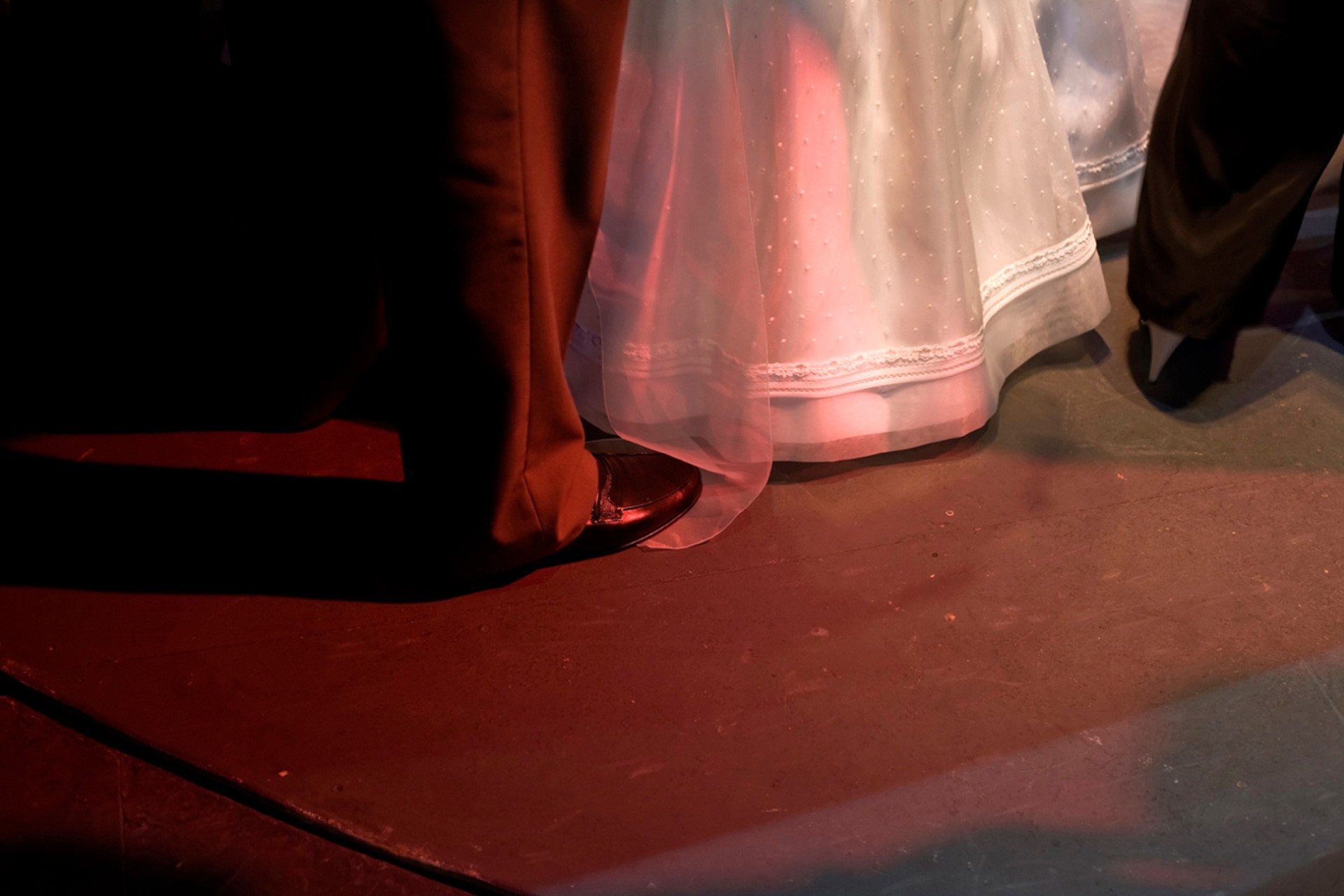 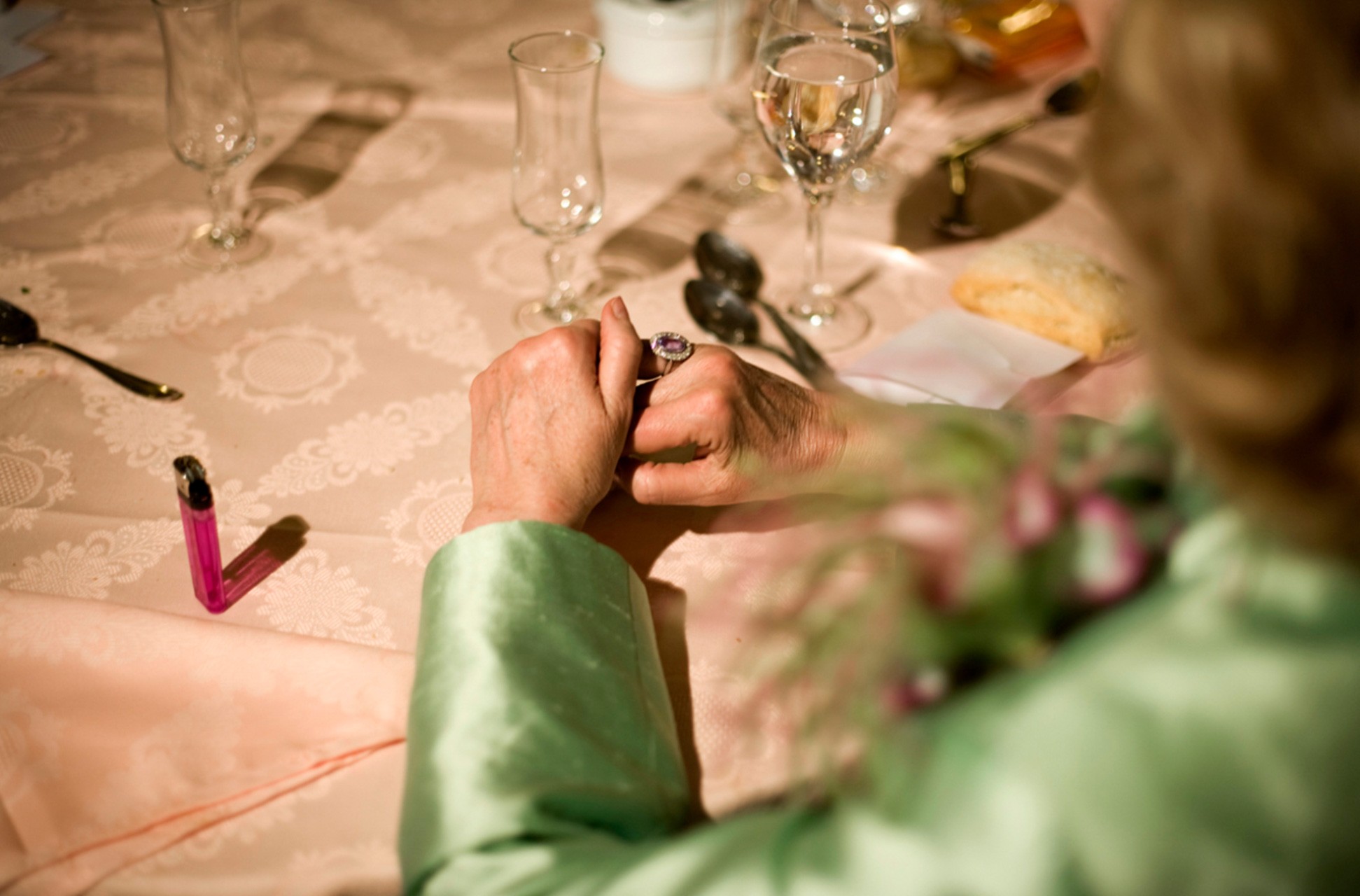 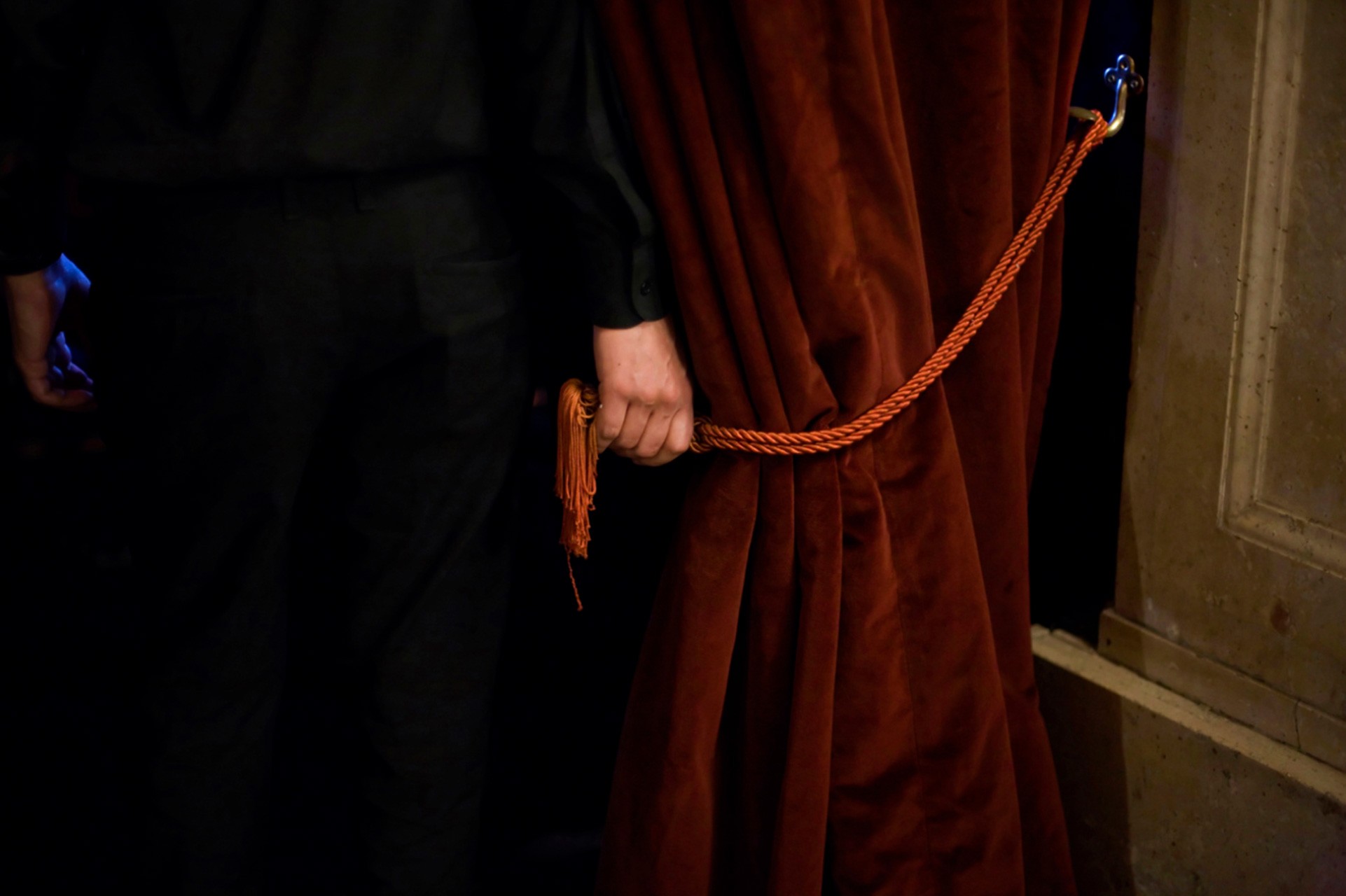 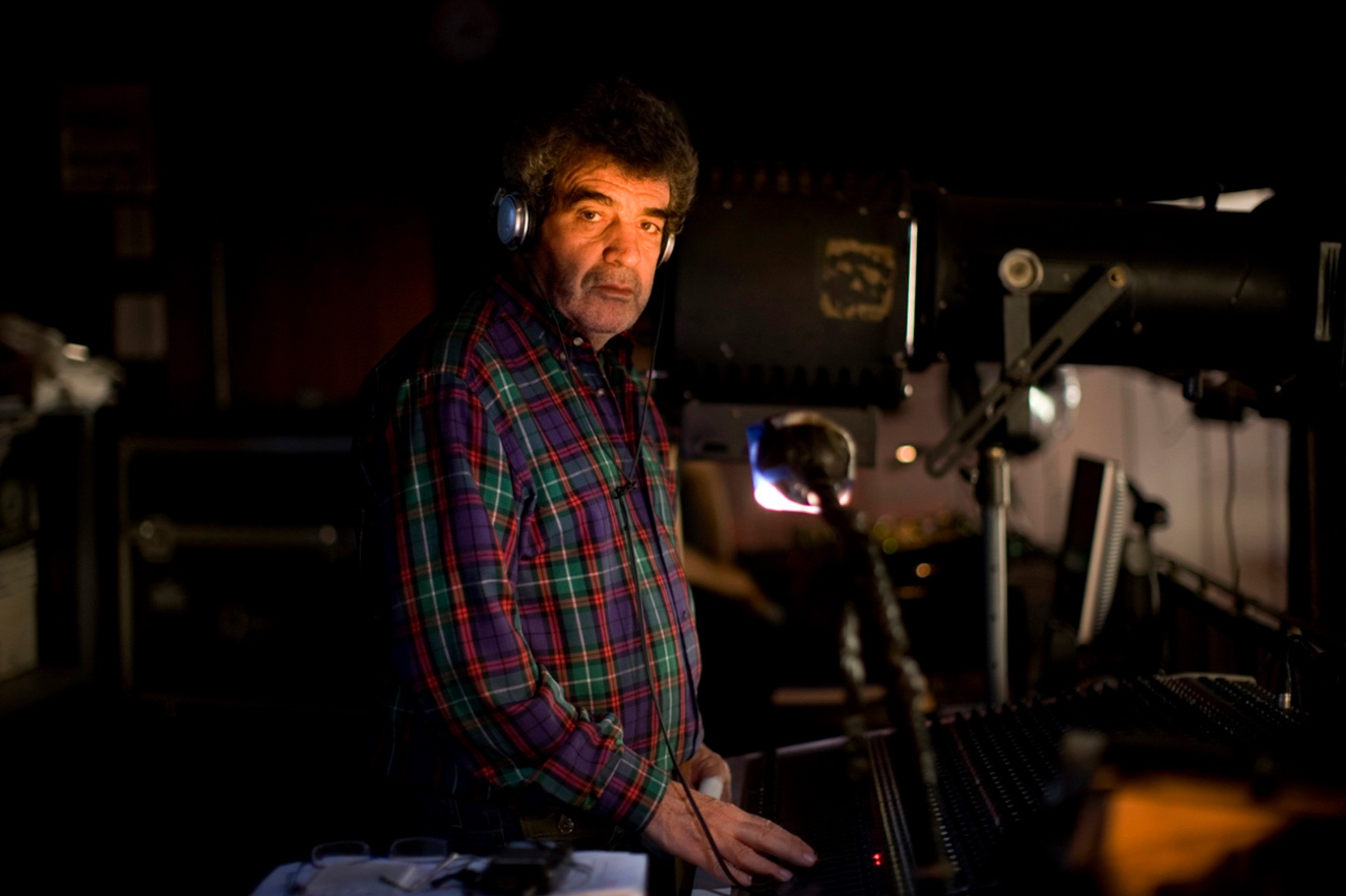 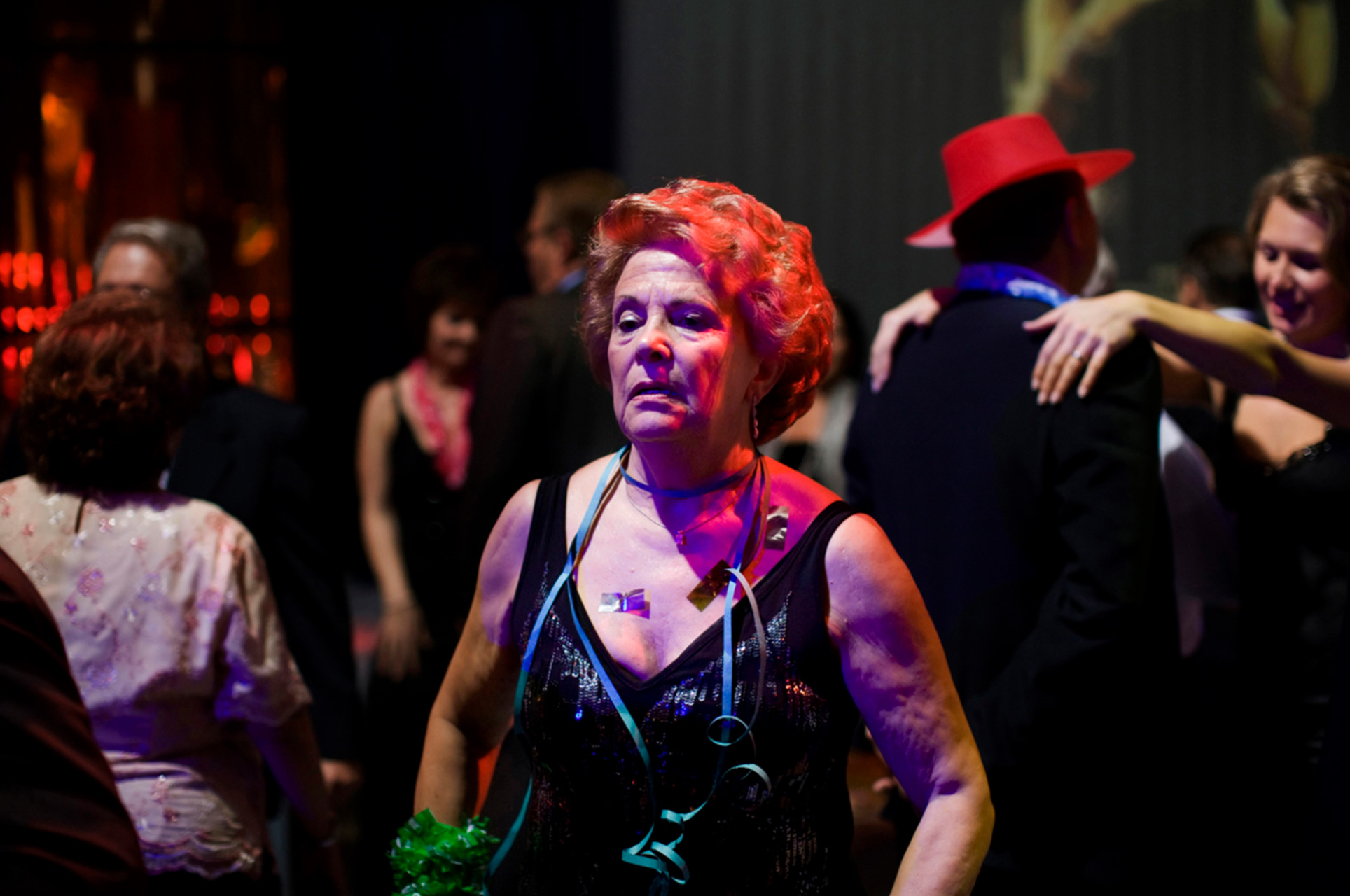 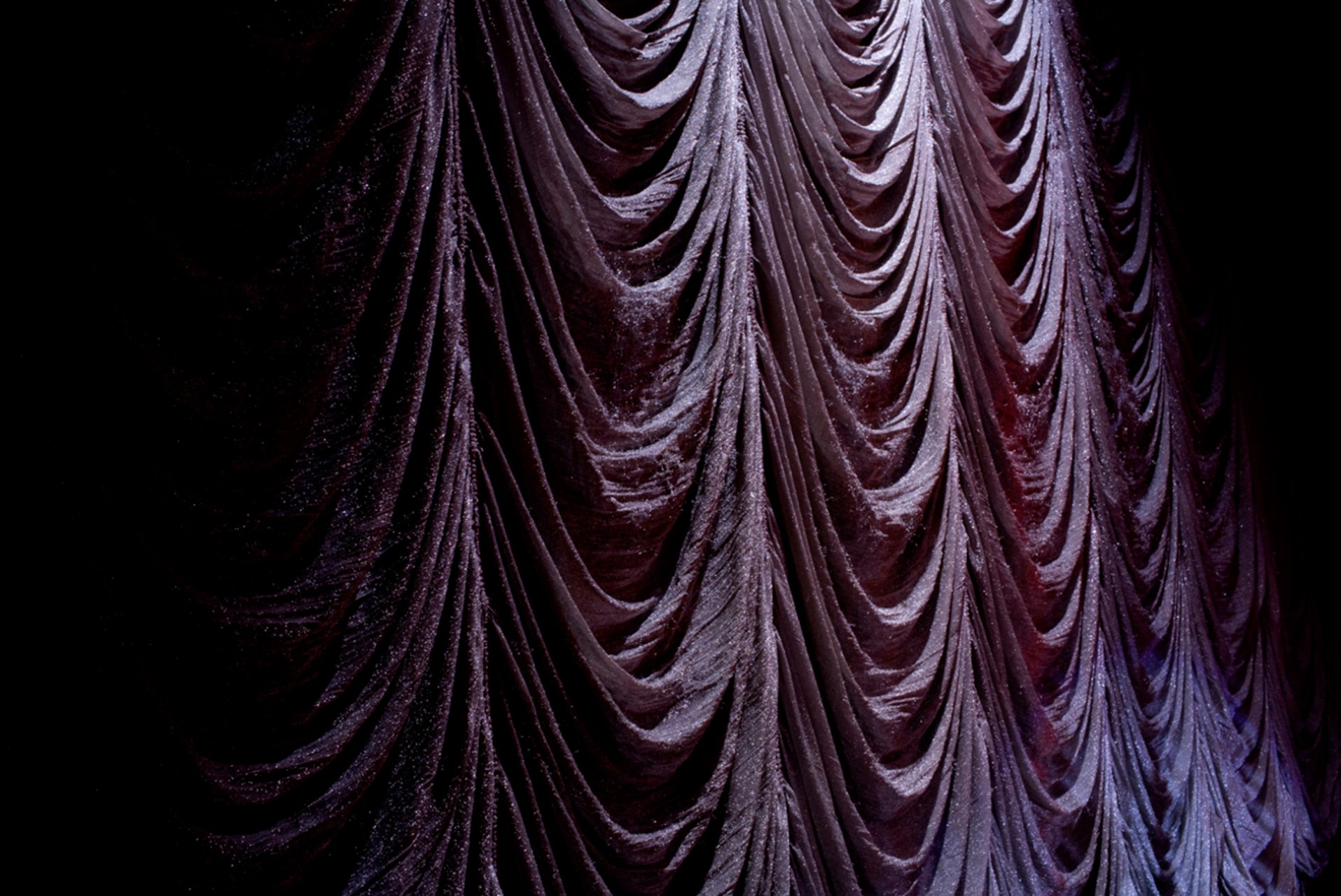 Economical phenomena like gentrification, an aging audience, and changes to social dynamics – these are some of the reasons why charming places with personality can go out of business. This degradation, a transition from ‘old-fashioned’ to ‘obsolete’, is portrayed in Grandes Exitos (Spanish for ‘greatest hits’), a series about the decay of a renowned party hall, which has slowly experienced a downfall after decades of fame.

Madrid-based photographer Fosi Vegue (b. 1976) tries to preserve a few glimpses of the party hall with his camera before the ship sinks with all its splendour. Coloured lights, glittery curtains, but also broken glass scattered on the floor and an empty chair, give a sense of its uncertain balance. The few people that Vegue portrays seem to express this awareness of the imminent end. The series is not a reportage that elaborately documents the party hall and its visitors, rather it only gives a few hints in this direction. Grandes Exitos conveys a faint feeling, an idea of what it used to be, and the perception that all that glitter, all those colours, will soon disappear.