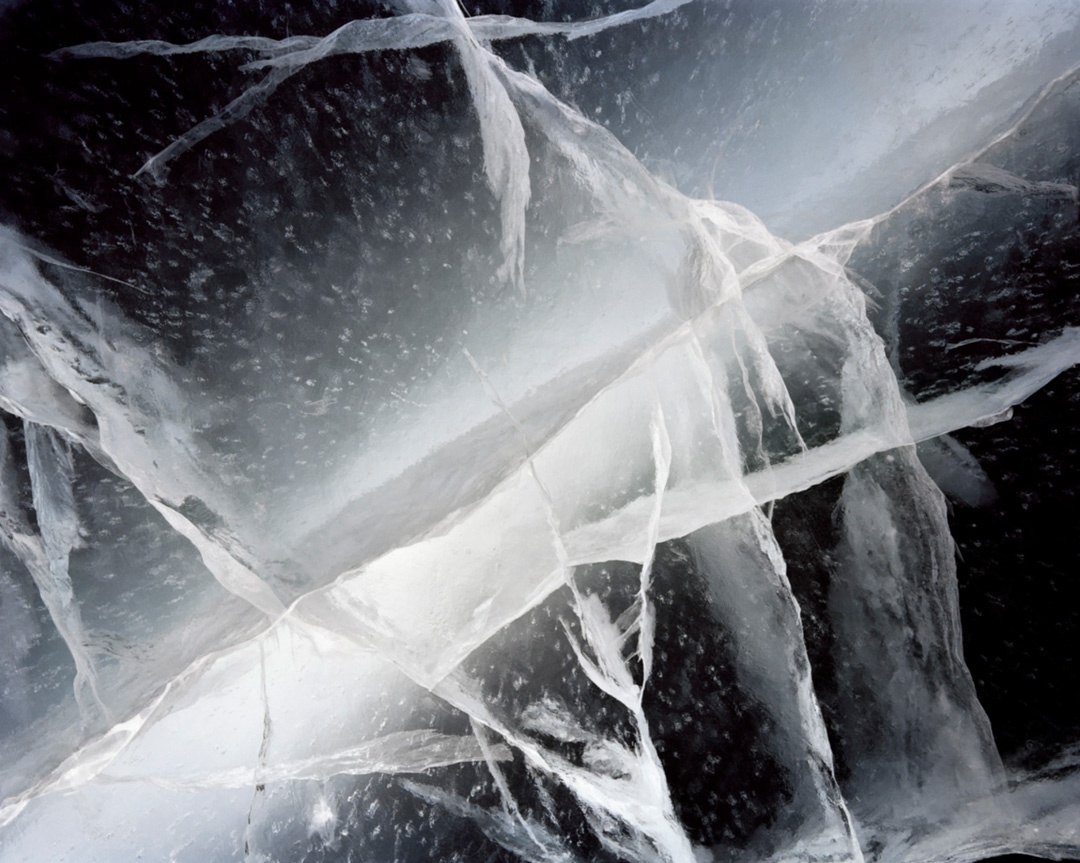 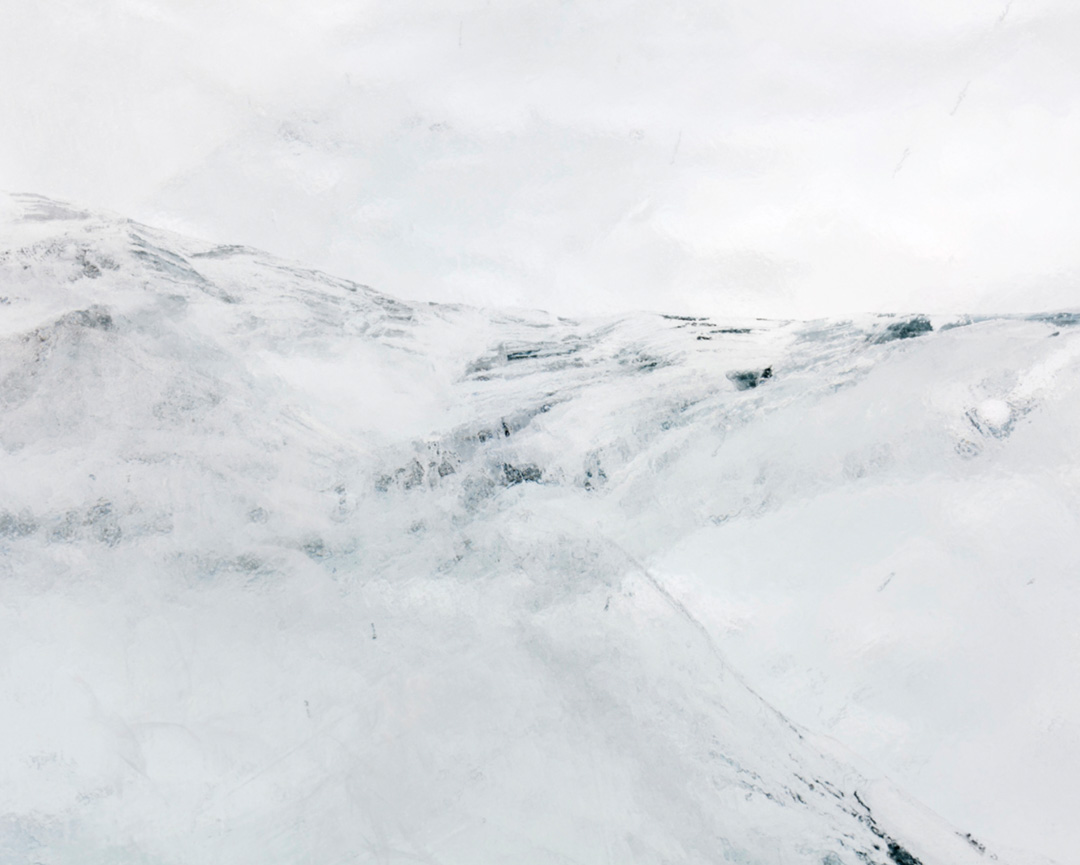 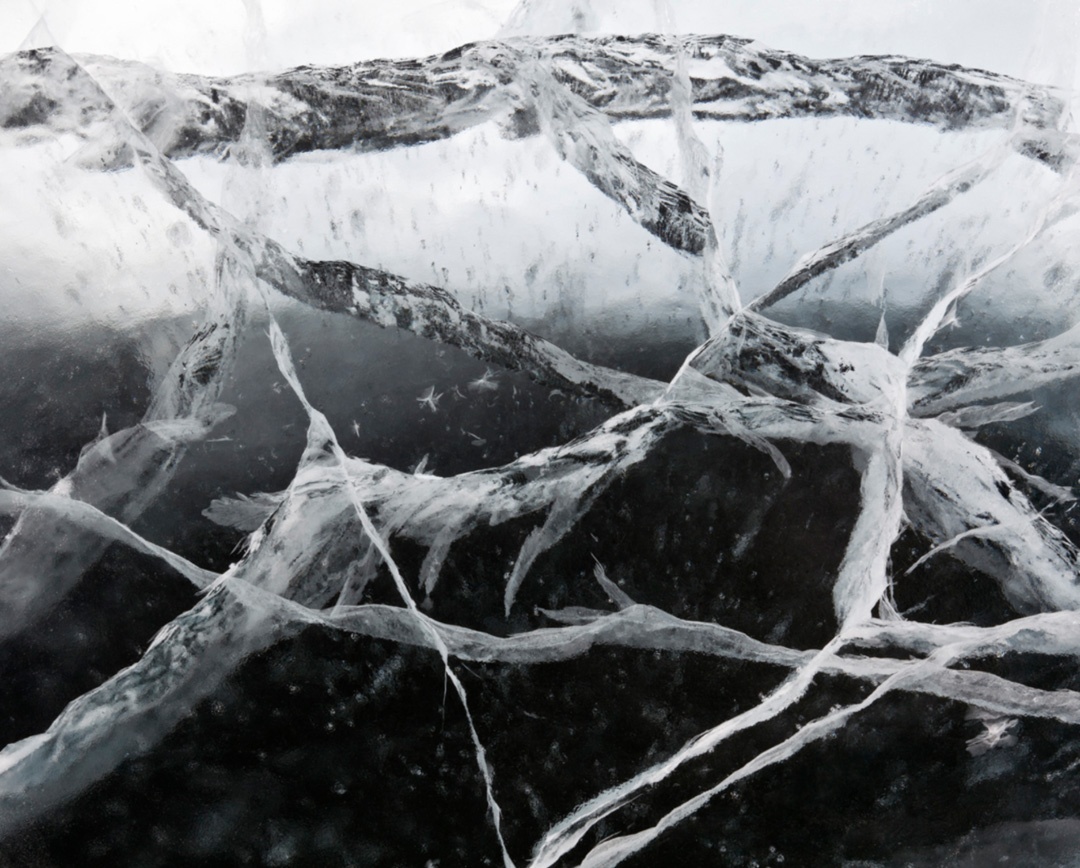 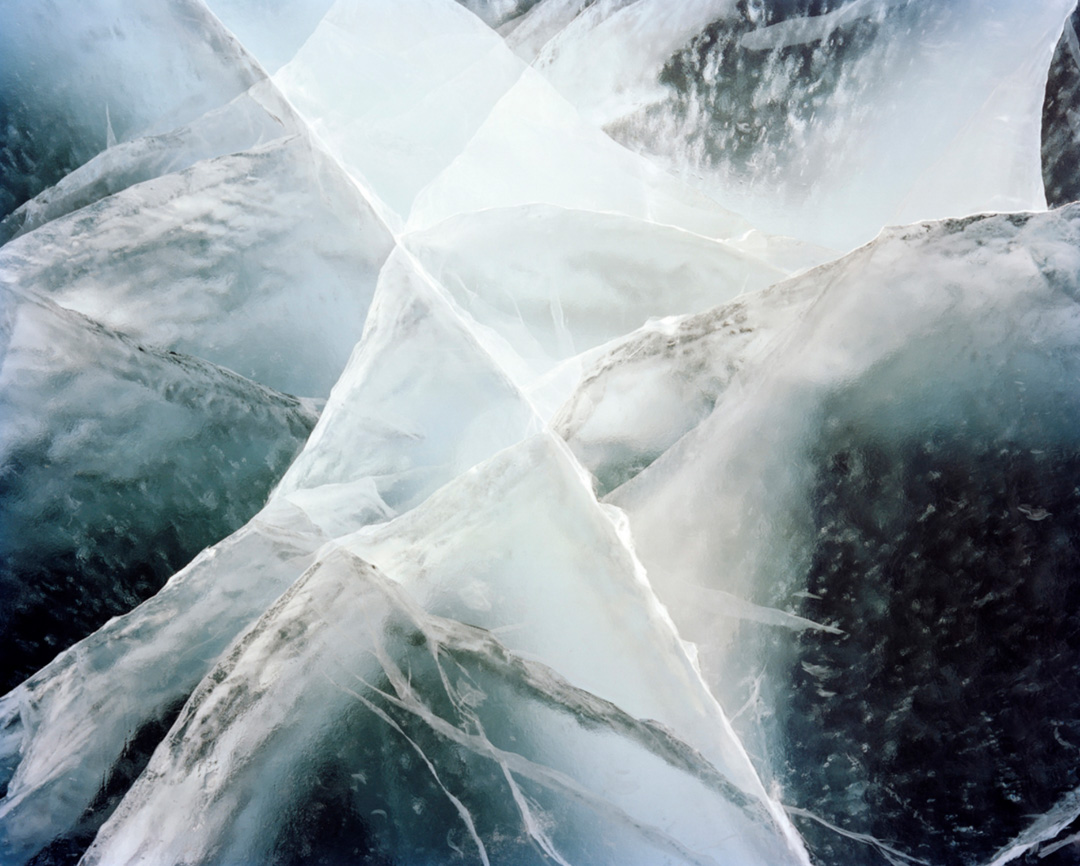 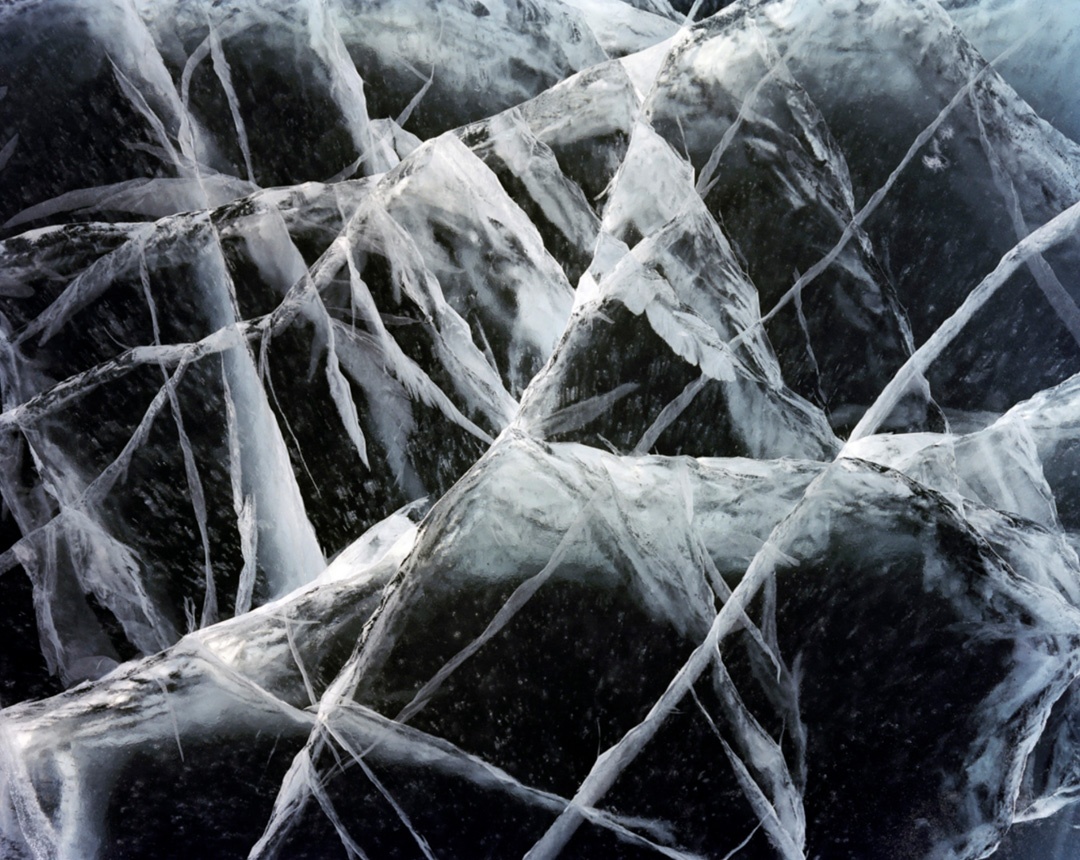 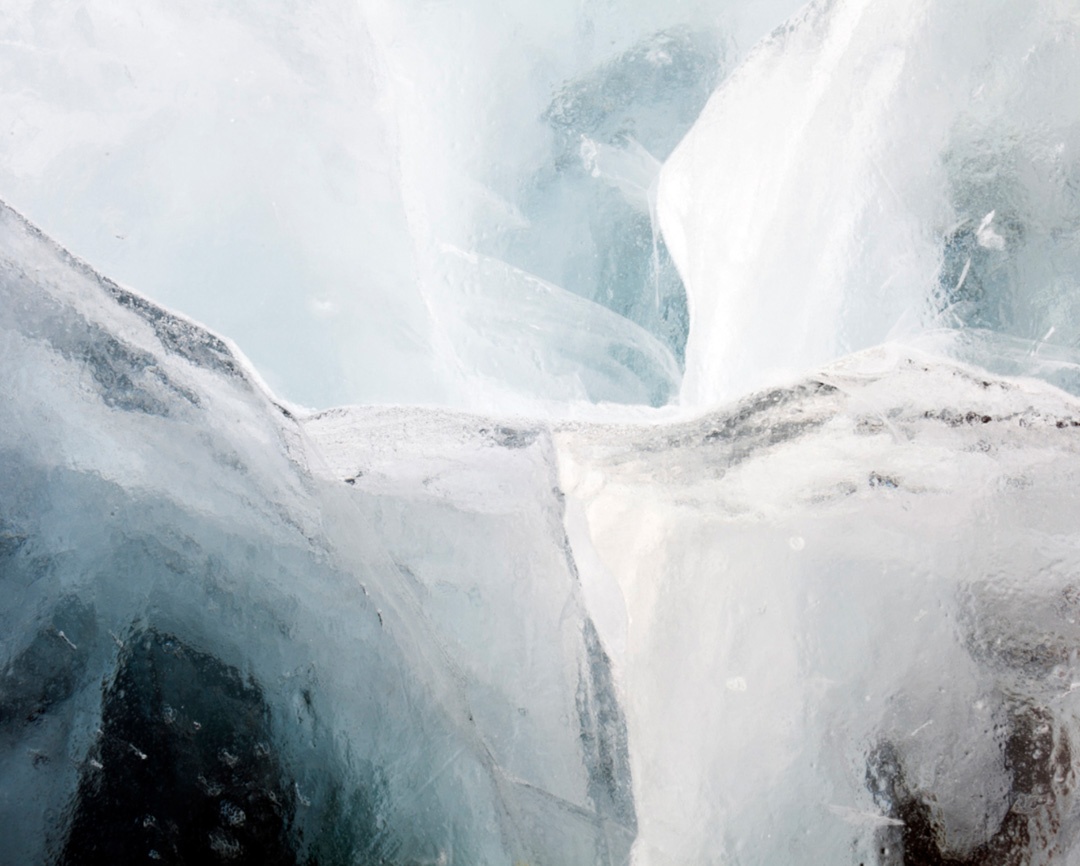 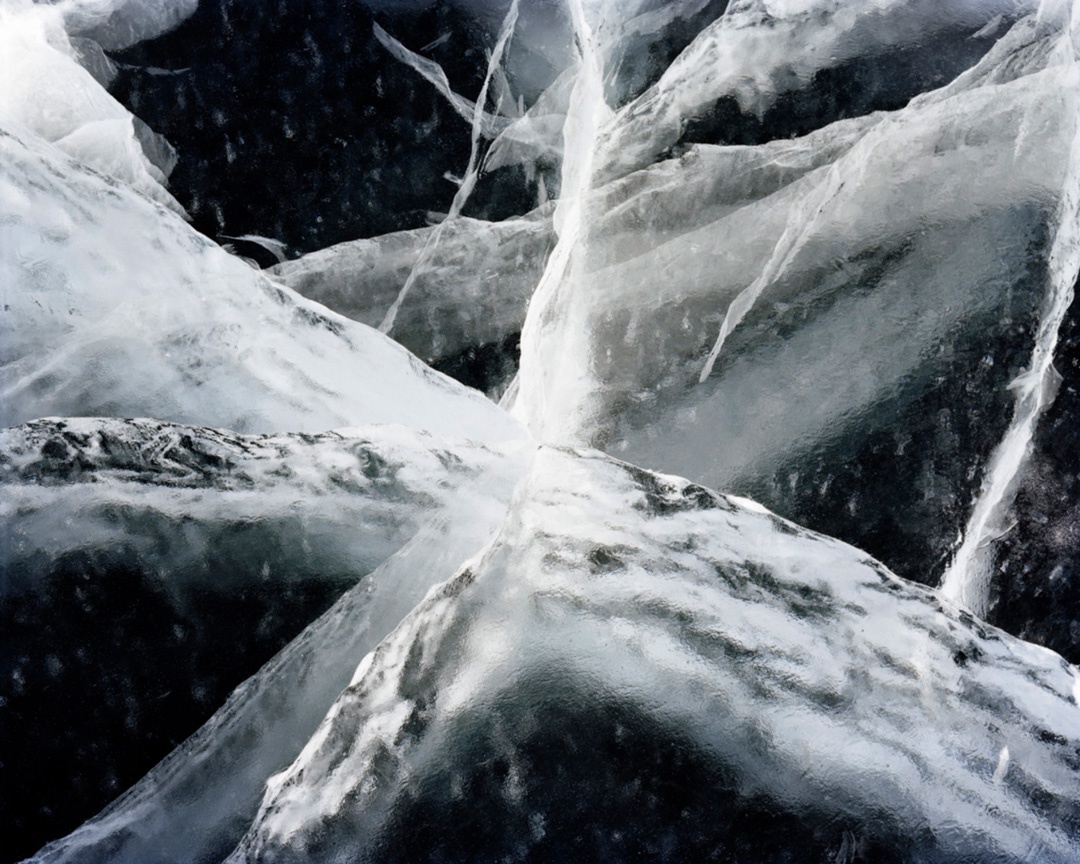 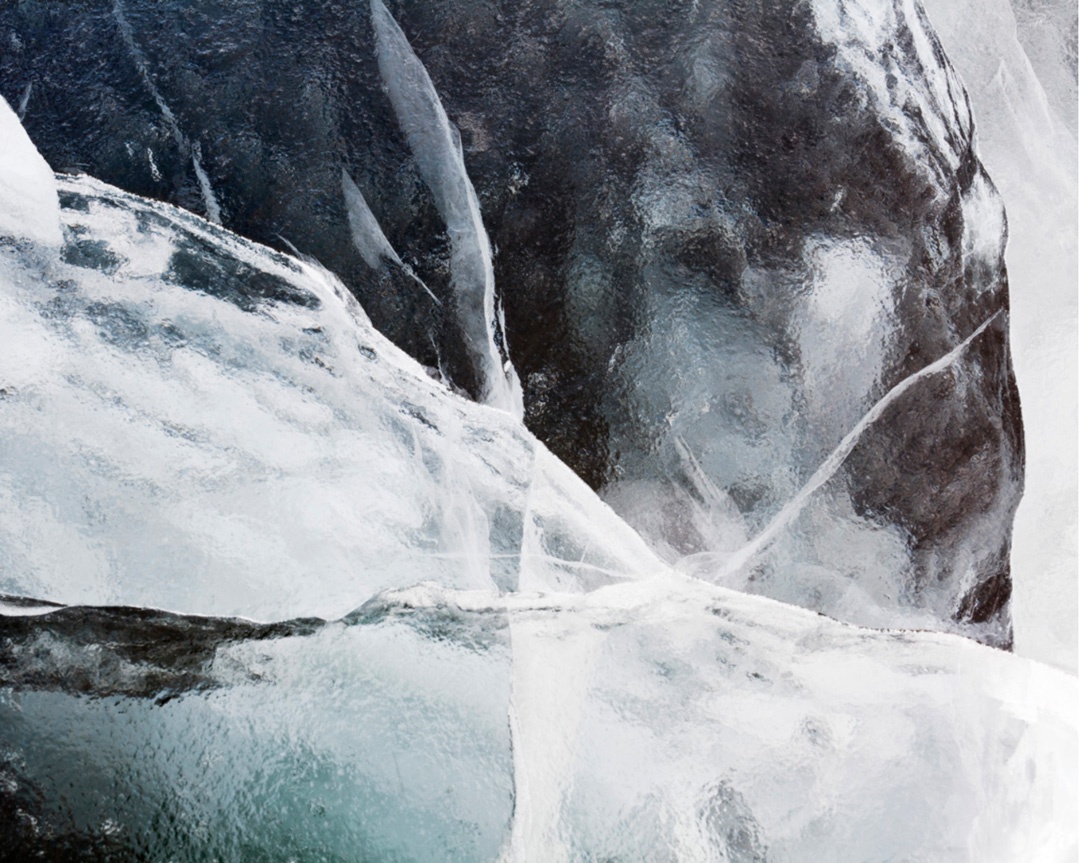 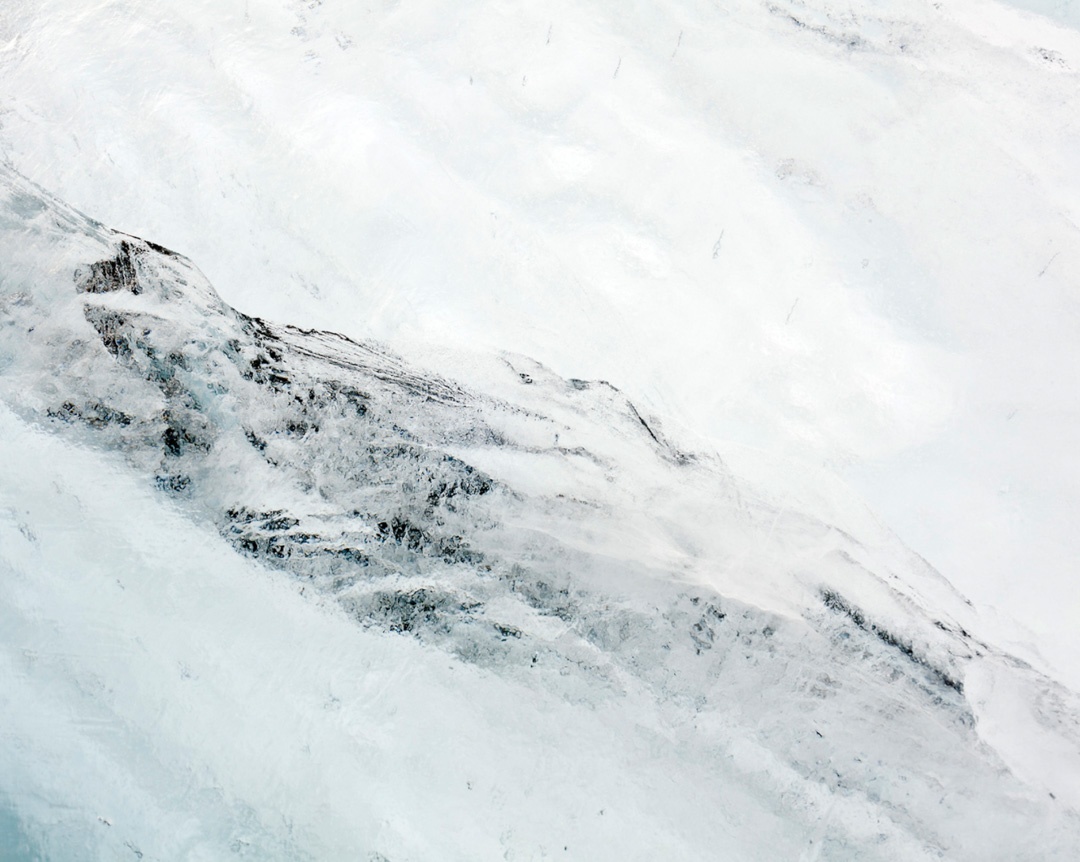 Dominated by stark colours and geometric shapes and surfaces, these abstract images by British photographer James Reeve evoke, at first glance, visions of alternate realities. However, the images in Fractures are actually quite terrestrial. Reeve photographed the imperfect details found in naturally occurring ice, creating distant galaxies and mountain ranges from the sharp edges and cracks on the surfaces of frozen lakes.

The physical scale of the ice is dramatically different in each image, with some surfaces having immense and rough cracks and others having more subtle cuts in them. The project, photographed in the barren lands of Canada’s Northwest Territories, gets its strength from its’ abstraction of a common phenomenon, leaving room for the viewer to mentally zoom in and out of the space within the image.