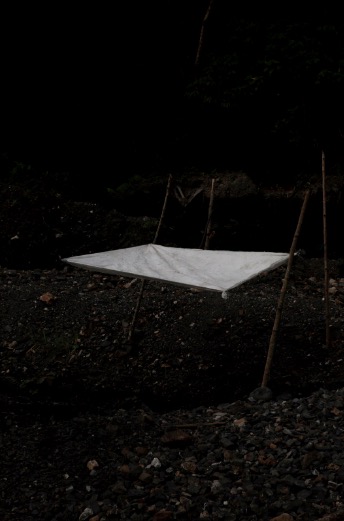 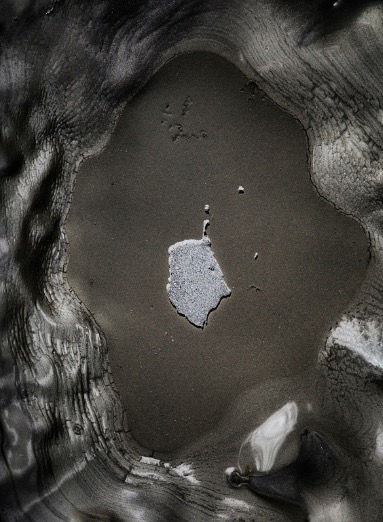 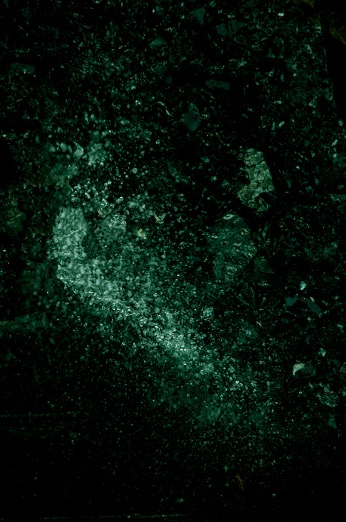 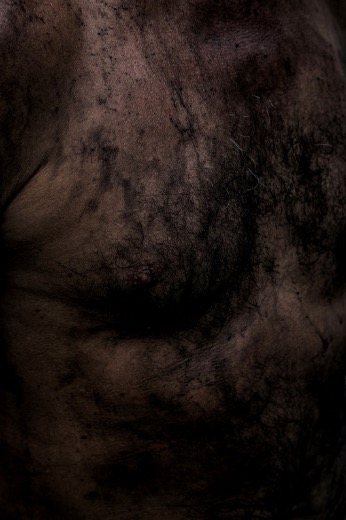 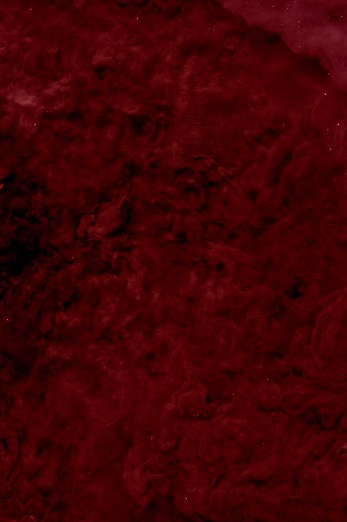 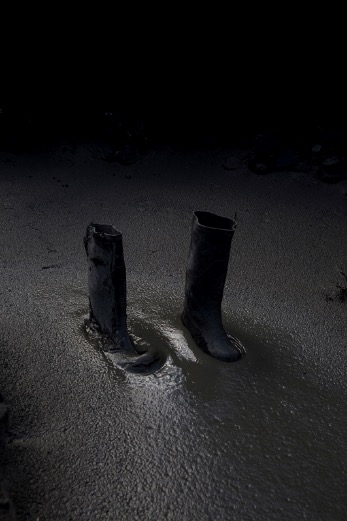 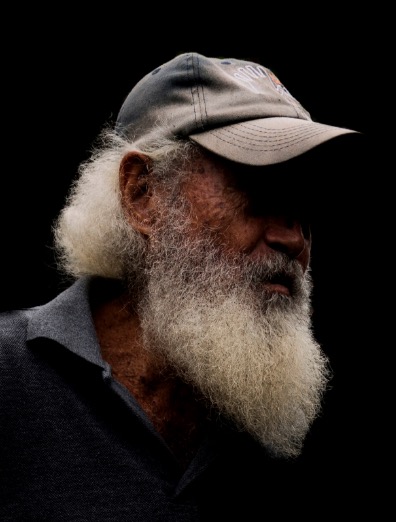 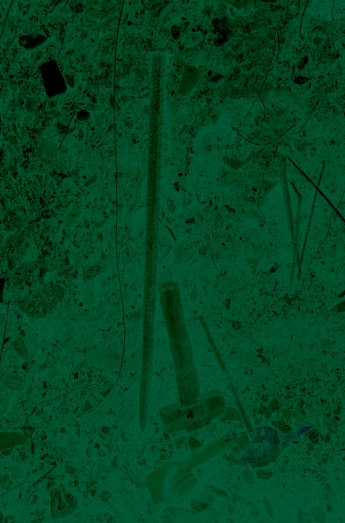 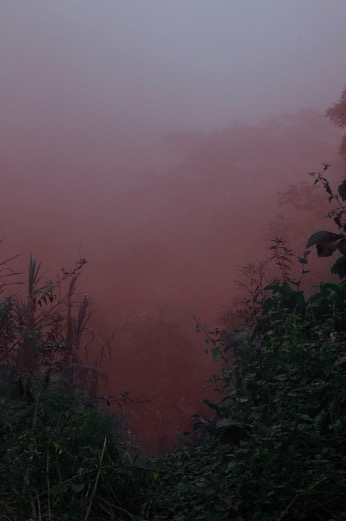 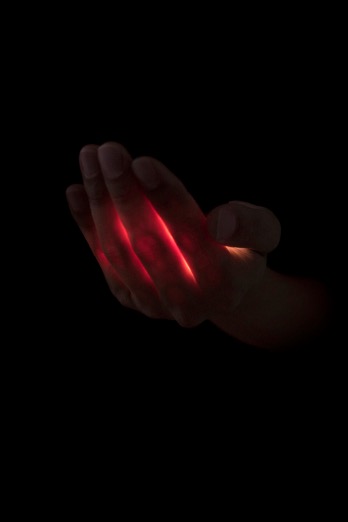 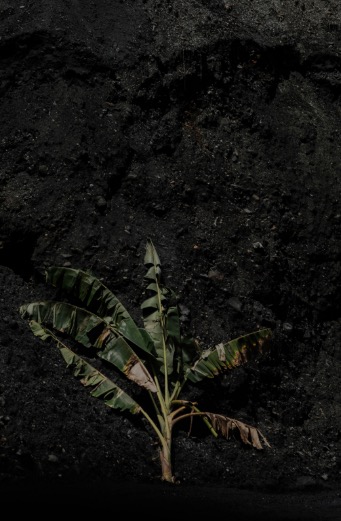 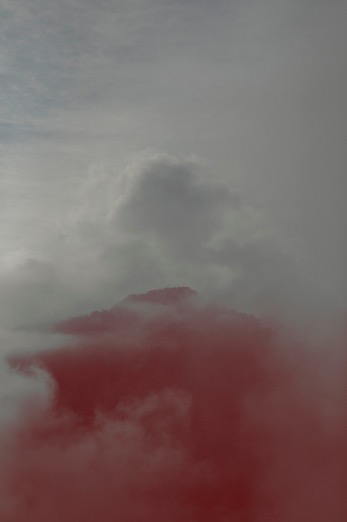 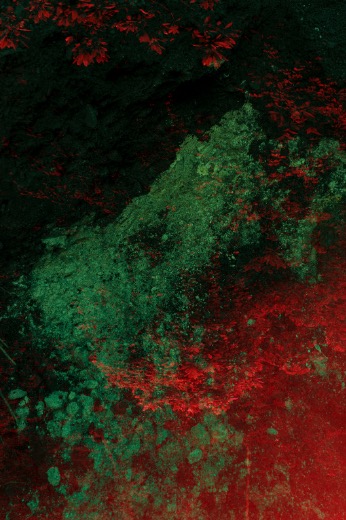 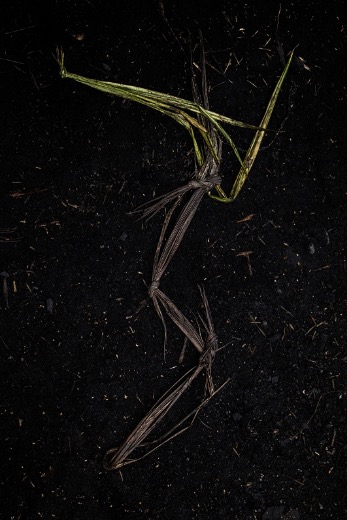 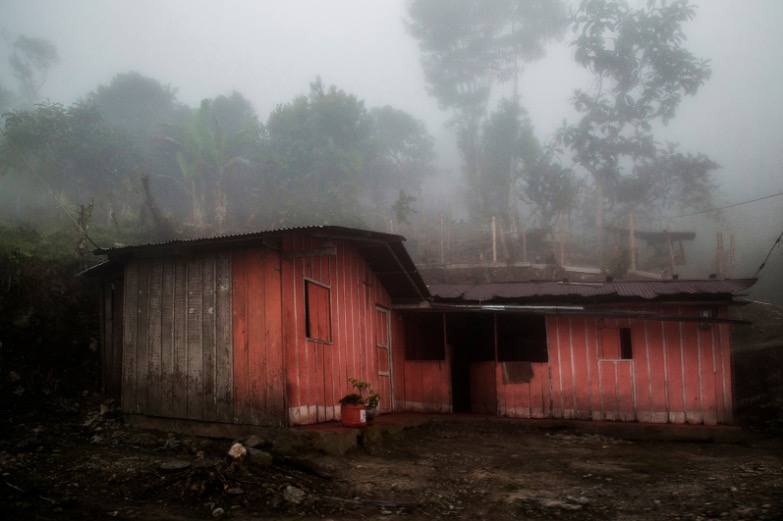 Crimson rivers, verdigris abstract figures interlacing with the landscapes of milky pink Colombian forests that overgrow the mountain slopes: the ongoing project Flower Rock by Ana Núñez Rodríguez (b. 1984, Spain) will surely appeal to all lovers of Giallo movies. In the same fashion as Dario Argento’s Suspiria (1977), one of the most famous examples of the genre, Núñez Rodríguez’s series holds the key to the mystery that is about to be unveiled.

Everything started with a pair of emerald earrings that the photographer got as a present from her Colombian father-in-law. He told her that the stone transmits a magic spell of protection to its owner. Fascinated with such a meaningful gift, Núñez Rodríguez travelled to the Boxacá region to visit the towns of Muzo and Otanche, that are considered world capitals of emeralds. Spending some time with the artisanal miners, the photographer got carried away with other intriguing myths and legends of the region and its spiritual emerald power.

Her dark and dreamy photographs of perplexing surfaces, alien sceneries, and portraits of guaqueros (artisanal miners) radiate the transcendental scarlet light and contaminate the viewer with its spreading emerald fever.

Ana Núñez Rodriguez is a Master’s student of Photography and Society at The Royal Academy of Art (KABK), the Hague.