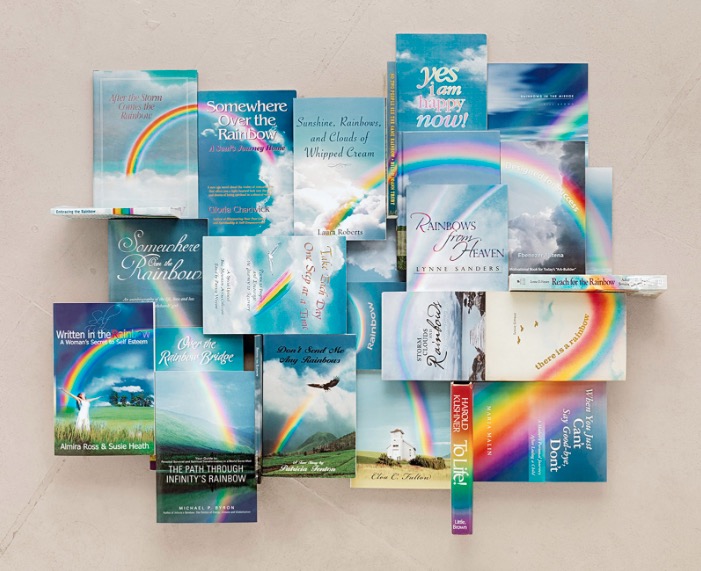 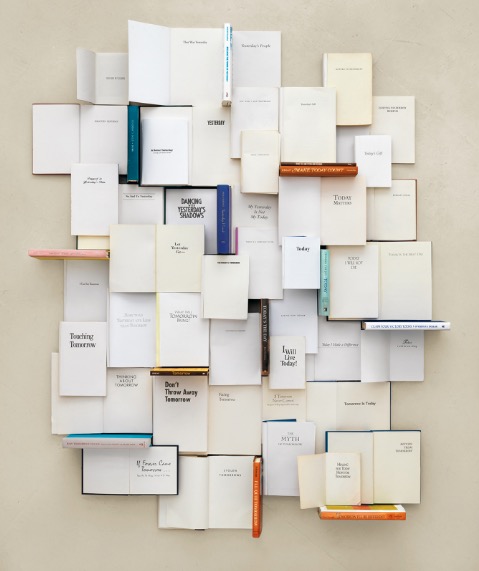 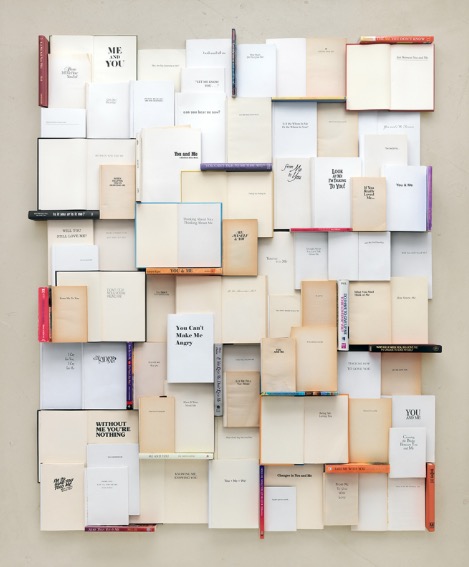 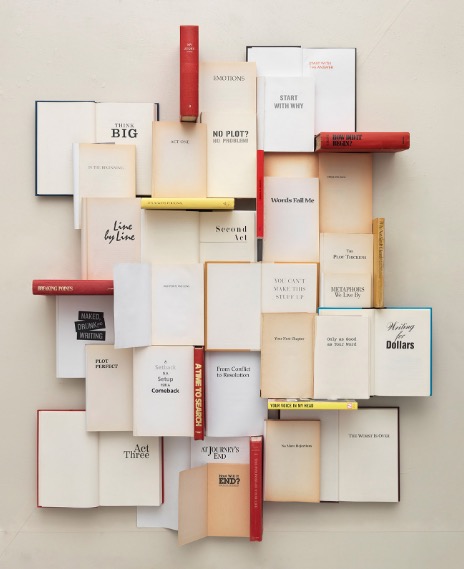 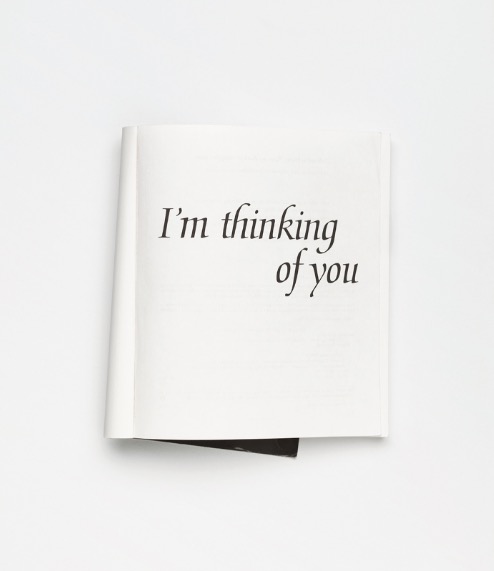 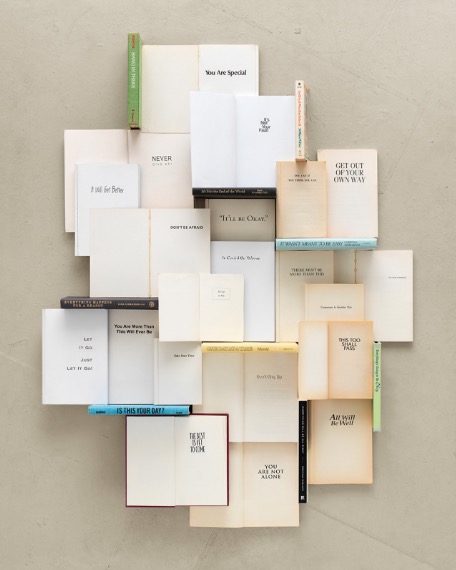 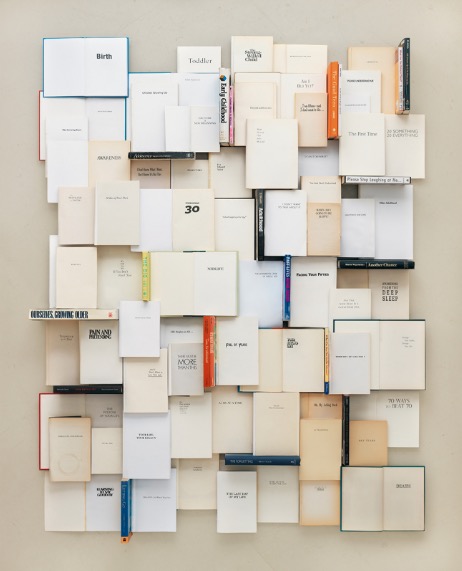 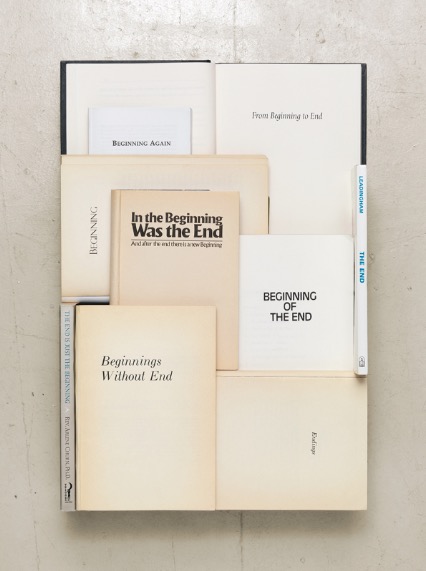 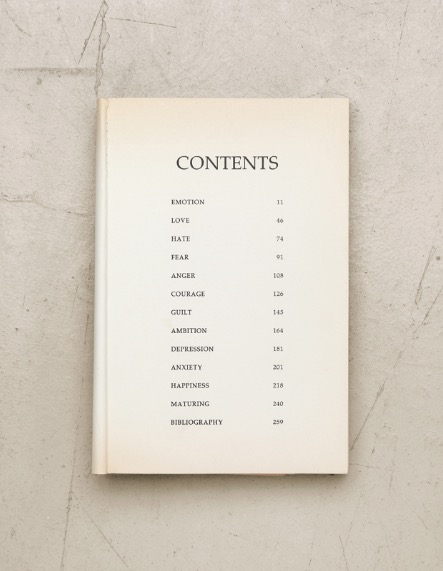 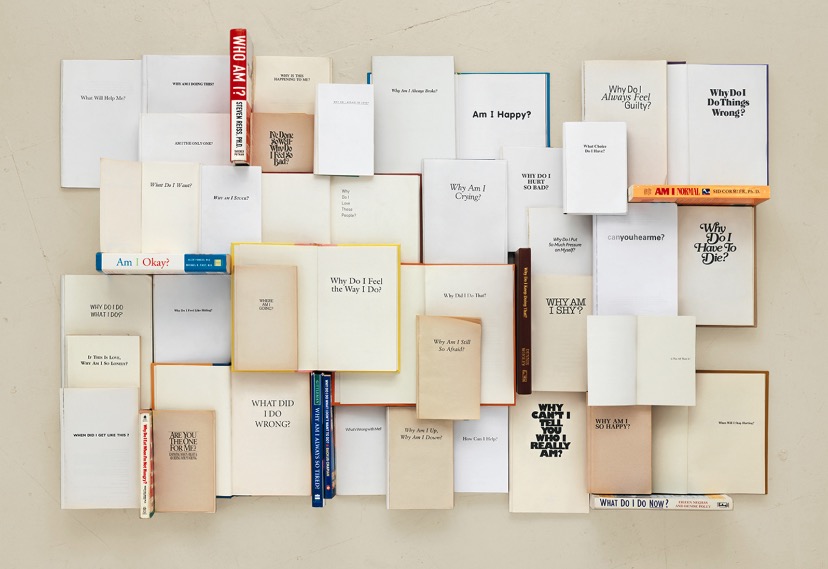 EVERYTHING I WISH I COULD BE

American photographer Kent Rogowski (b. 1974) is interested in the larger questions of how we and the products surrounding us communicate and deal with moments of pain and change. He therefore created the series Everything I Wish I Could Be, in which he composed and photographed self-help books for almost every moment and problem in life. “Since advice often differs, the narratives in the images can change depending on which direction the viewer’s eye moves through the image”, Rogowski states. “Some images have linear narratives while others look at patterns in language and resemble the random connections inherent in the thought process.”

The almost collage-like images throw life-changing titles at you like Why Do I Do Things Wrong?, Don’t Throw Away Tomorrow and No Plot? No Problem! Together they form larger narratives, communicating through the words of self-improvement literature. Rogowski shot sets of ten, twenty to fifty books as well as single ones that cover everything you can possibly think of. This kind of positive thinking and actualization has been around a long time, powered by the consumers’ insatiable compulsion to feel good about themselves. Rogowski captures this culture perfectly in a quite ironic way; it’s so satisfying to look at, you don’t even need to read them anymore!

Rogowski’s work was included in the Lishui International Photography Festival 2017 in the group exhibition Where Does the Future Get Made?