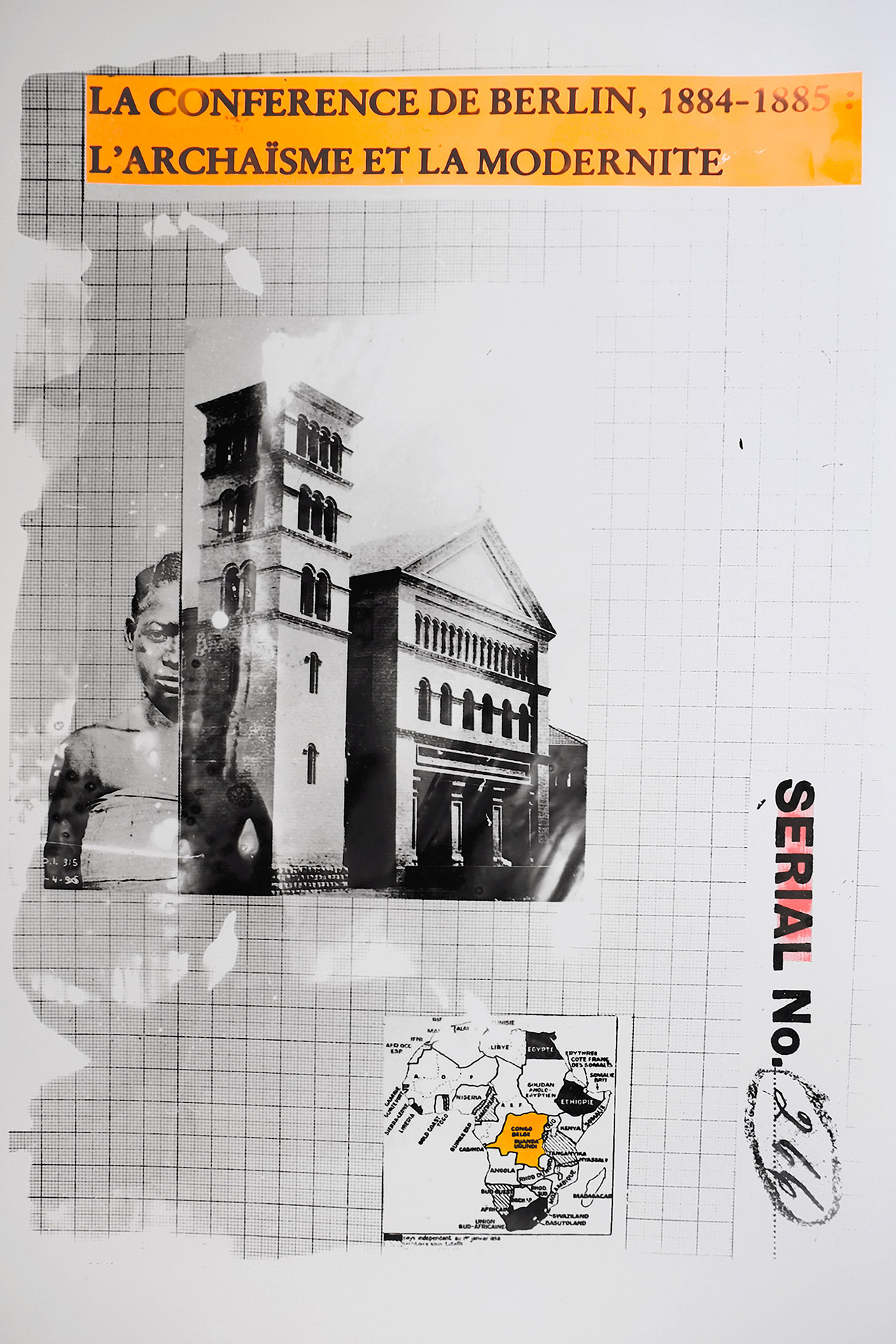 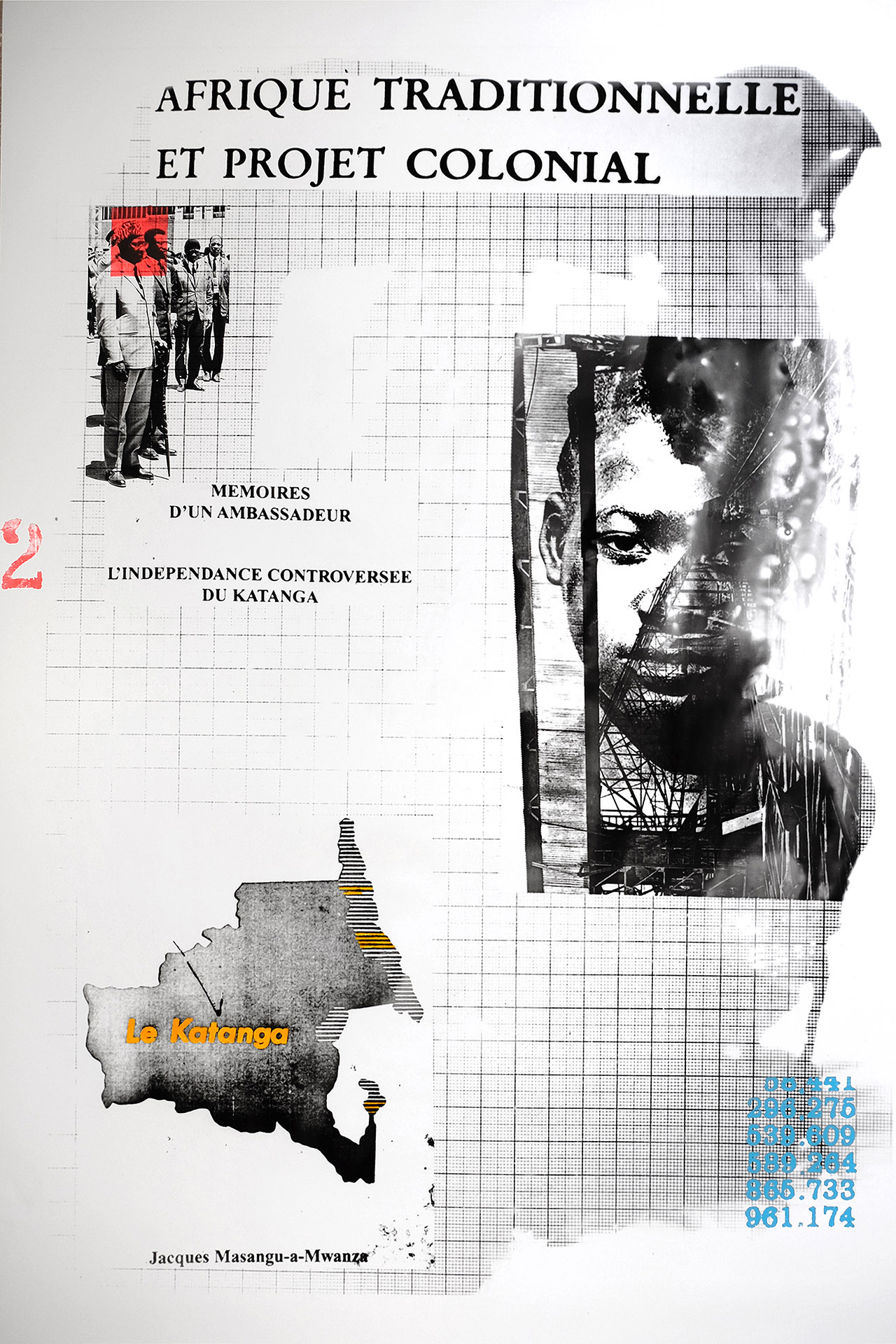 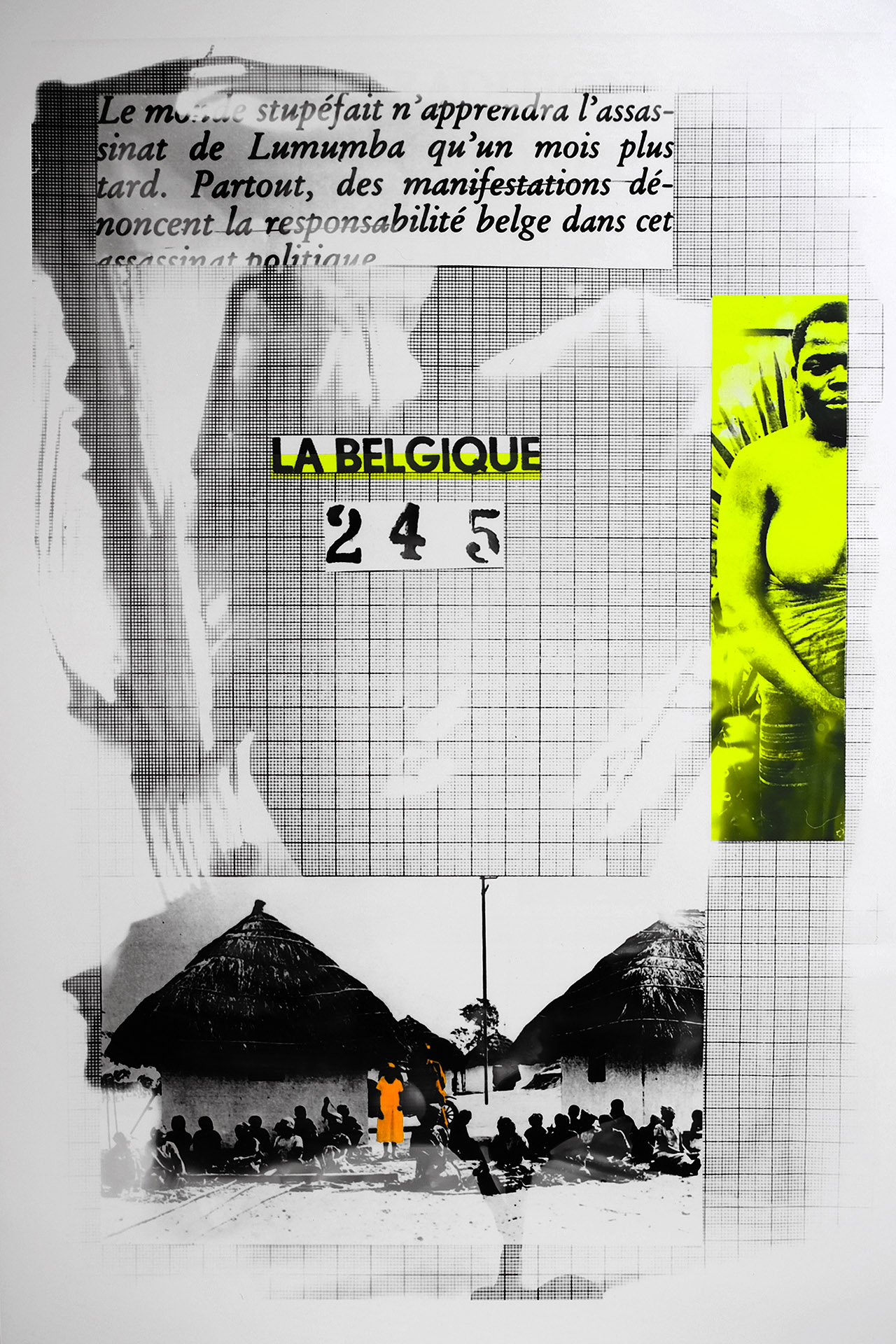 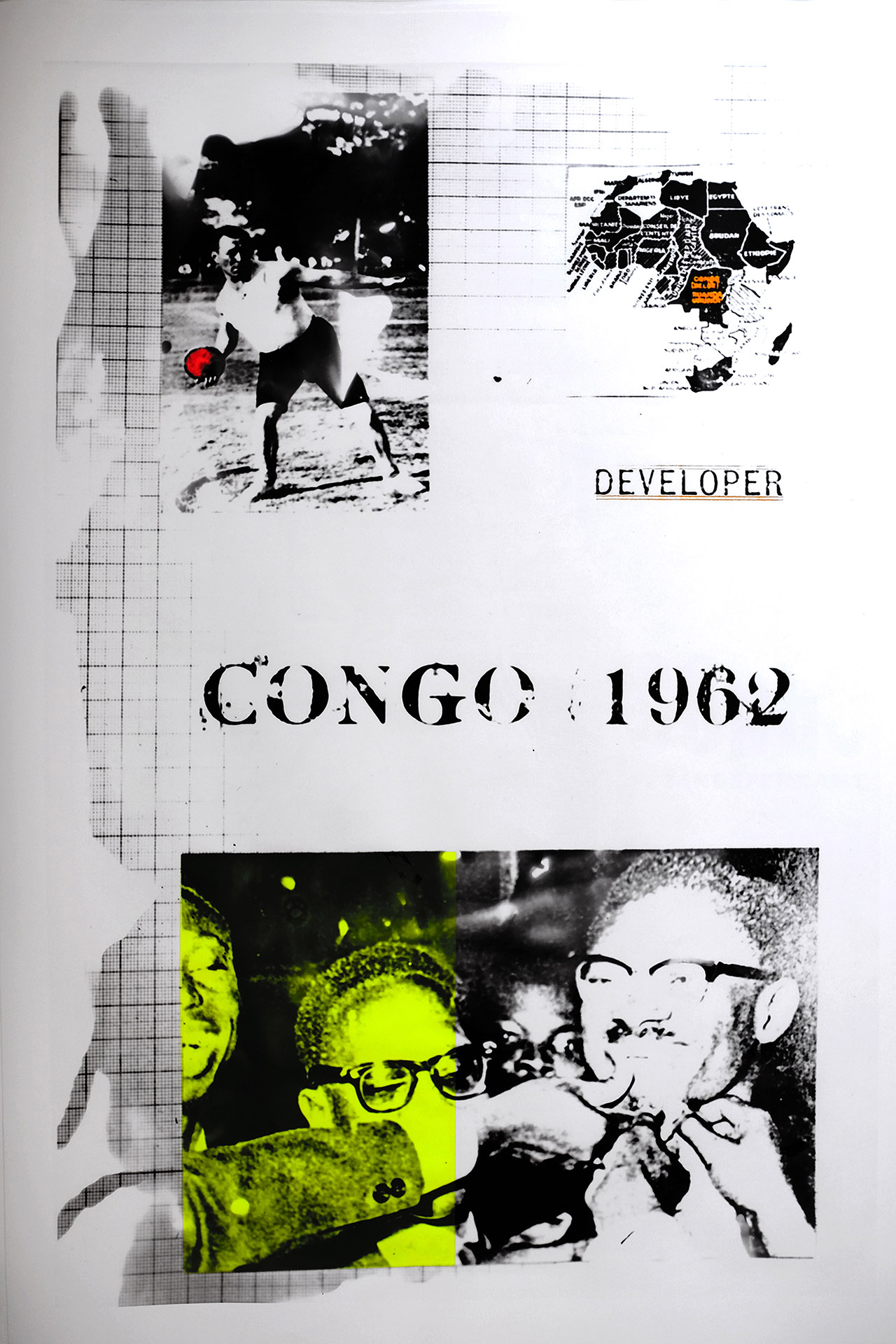 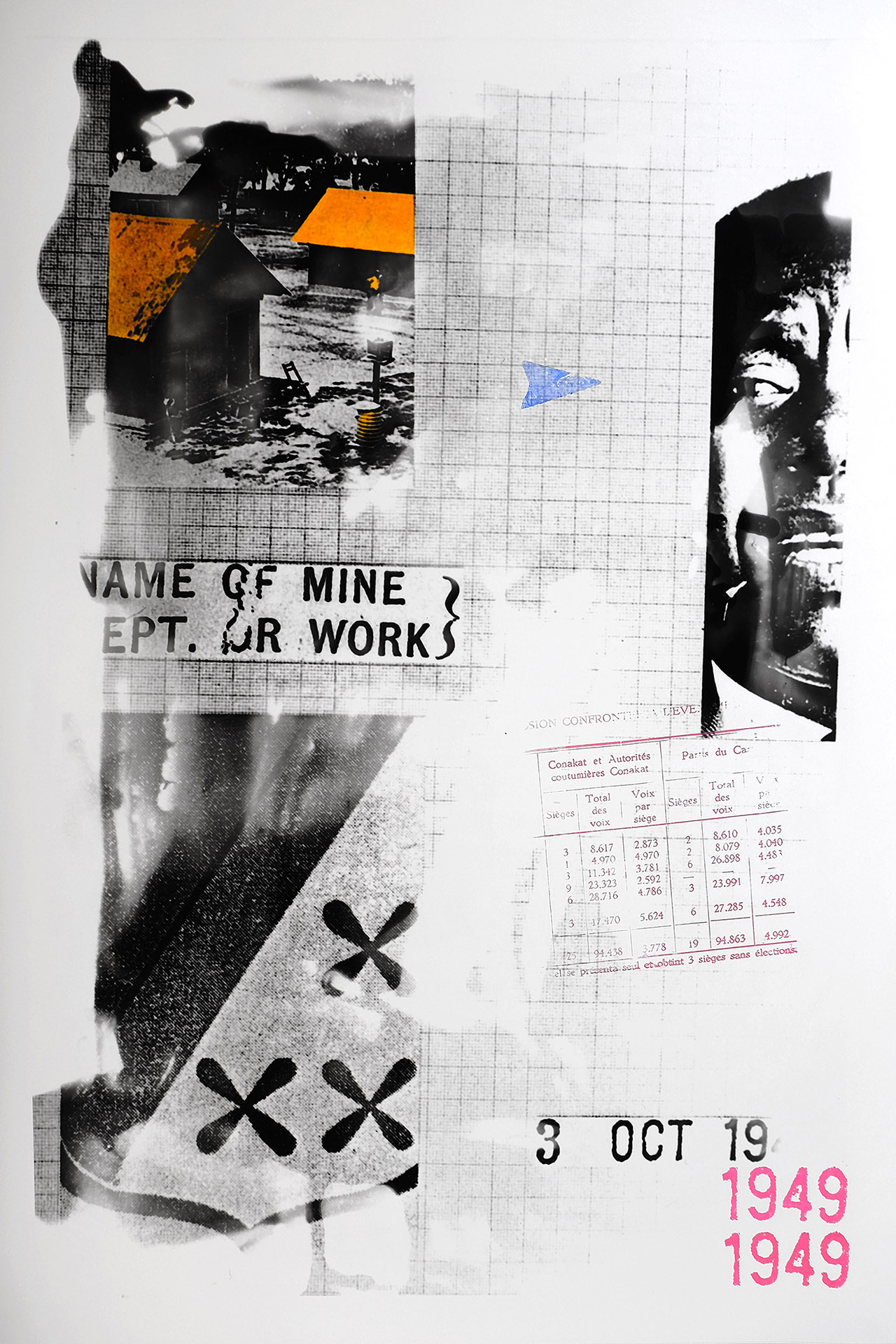 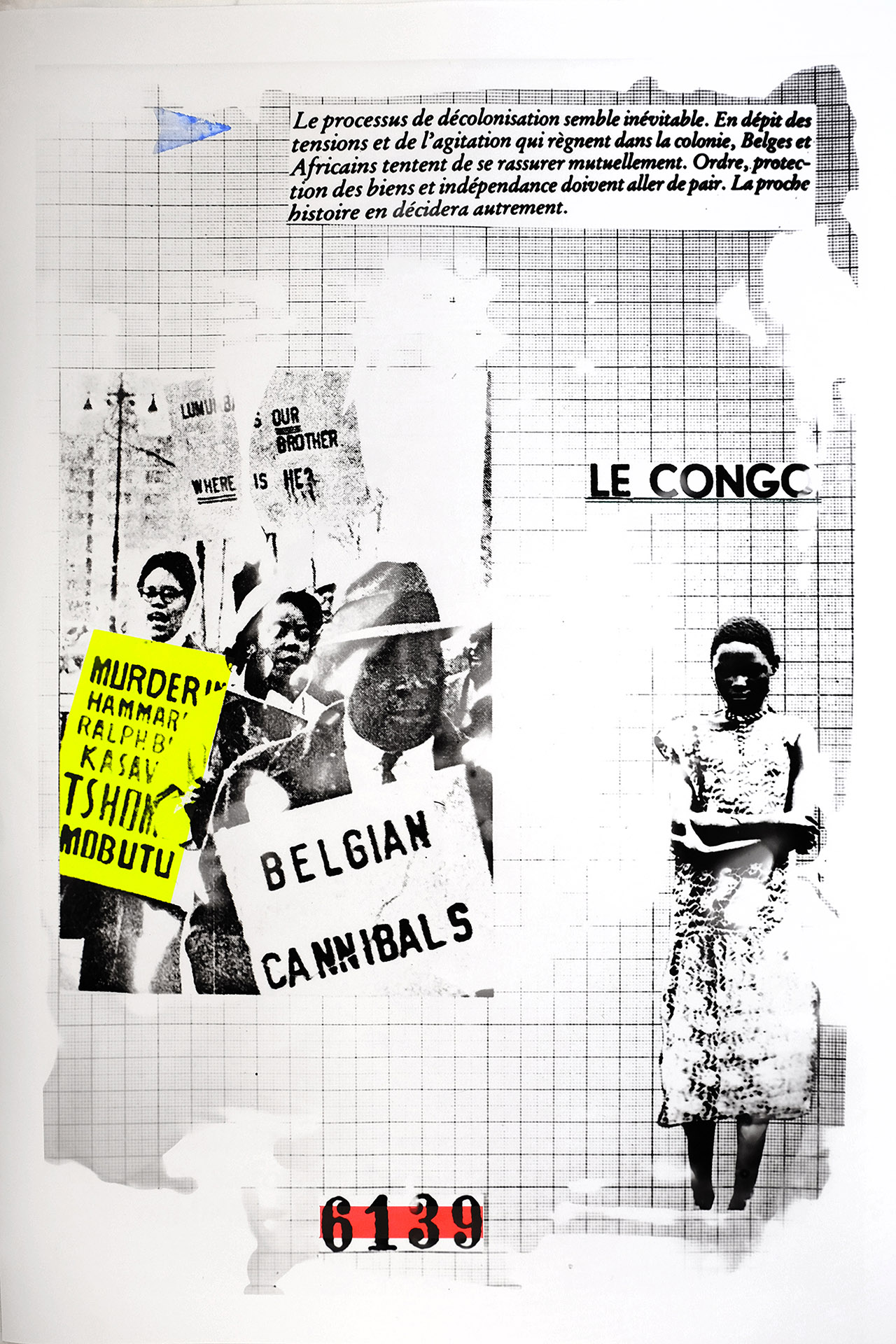 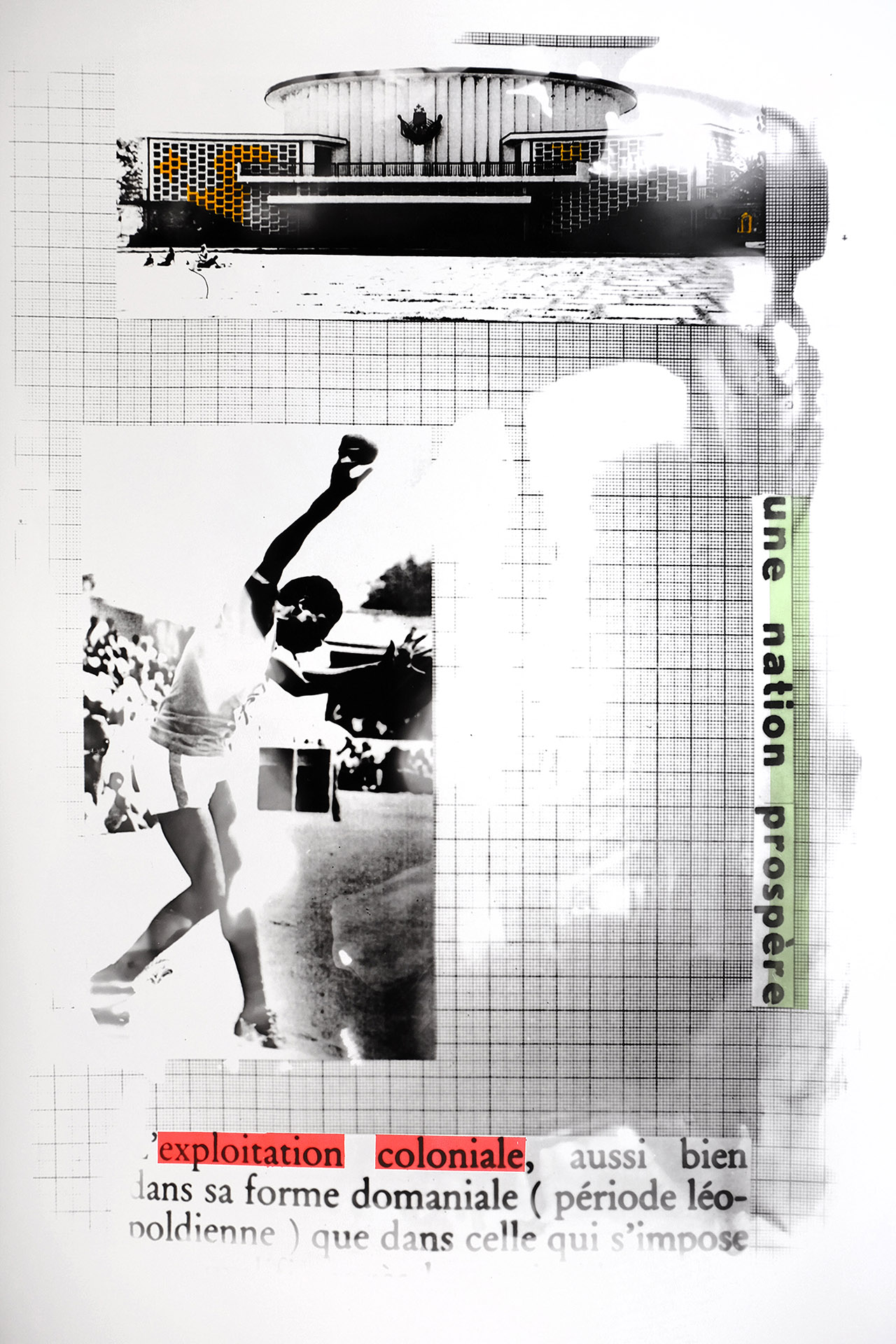 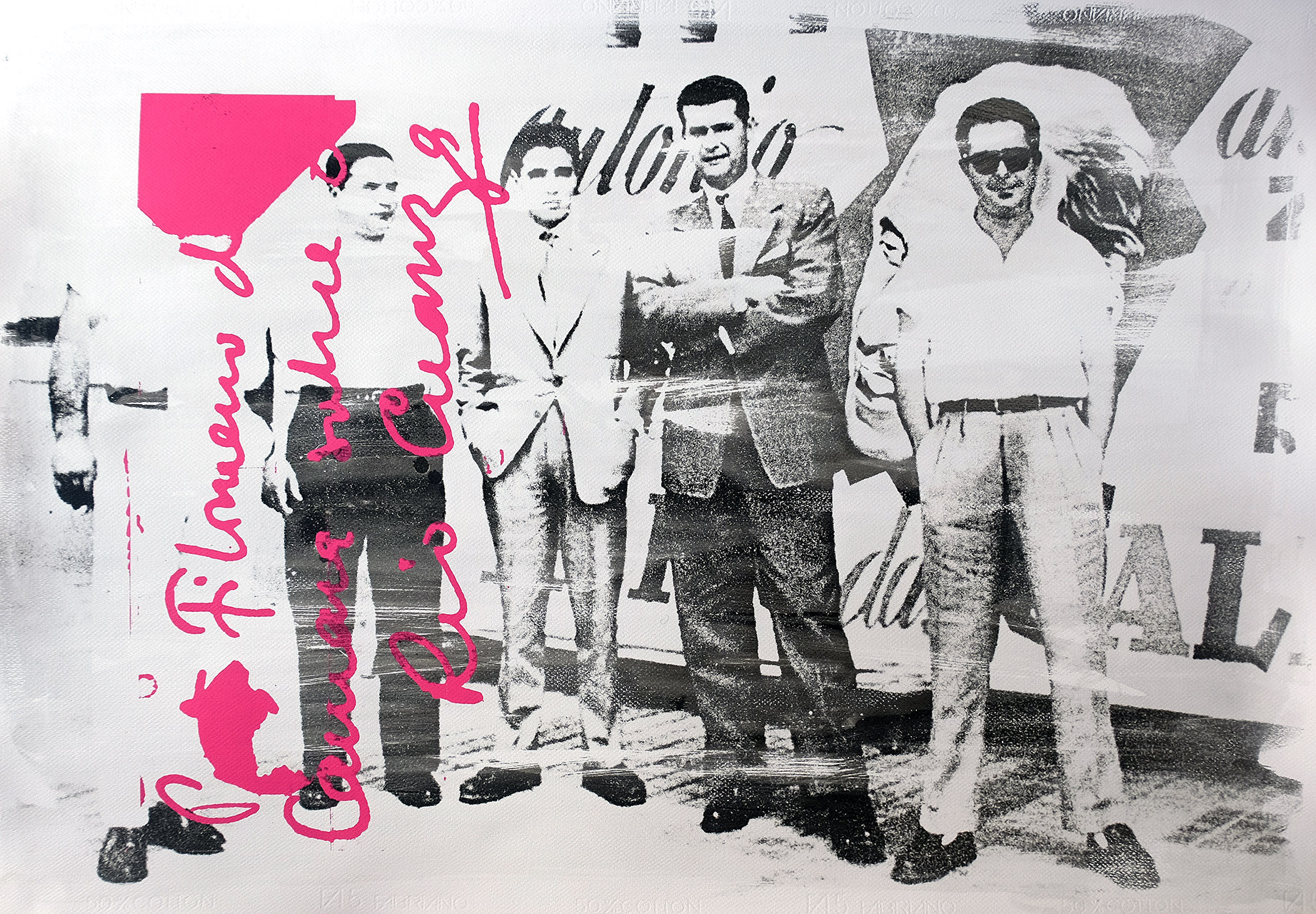 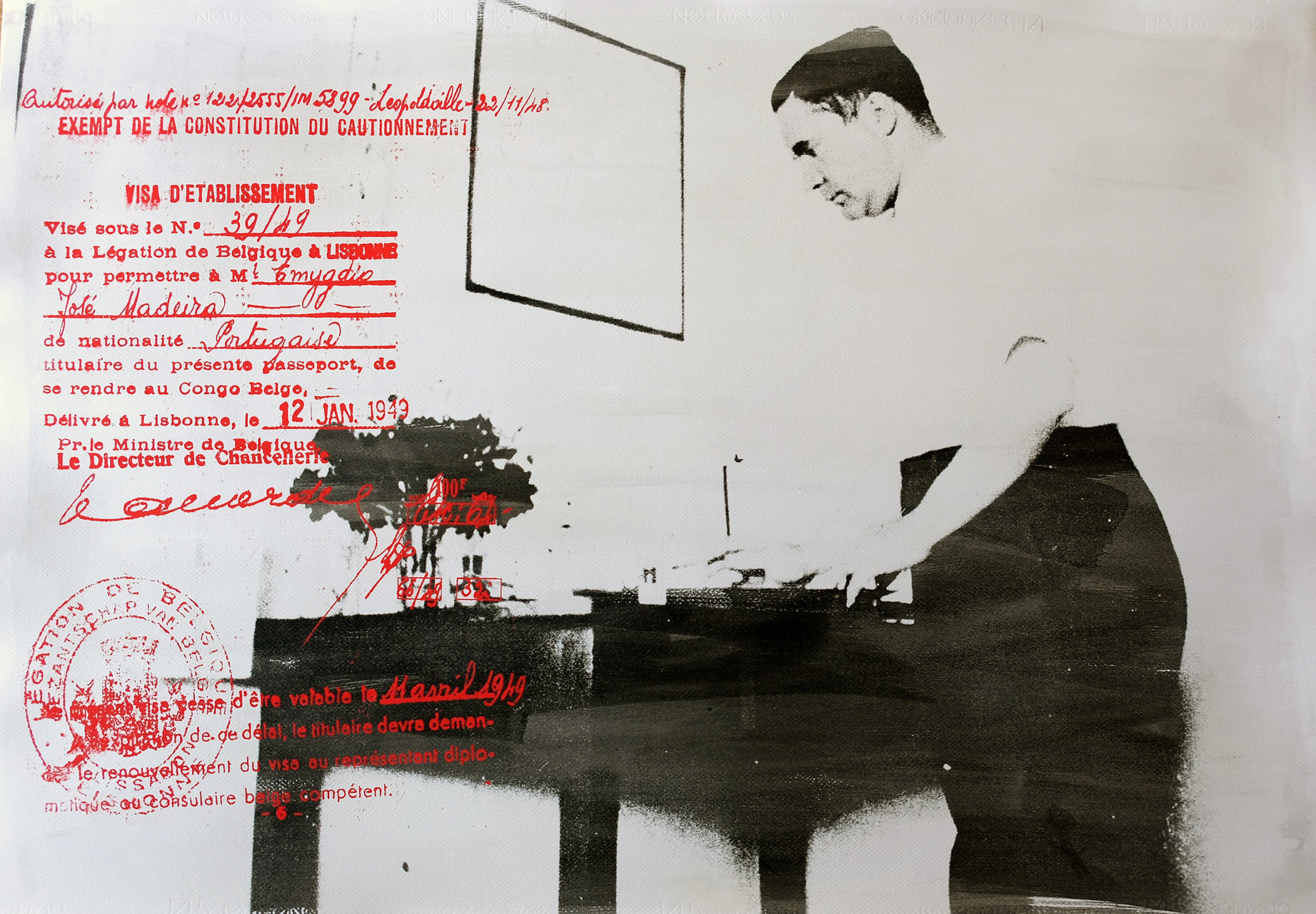 Délio Jasse (b. 1980, Angola) is known for applying analogue techniques (painting, slide projection) to vernacular images (found passport photos, family albums) that reference the colonial history of Europe and deeply connect with diasporic issues. These appropriations and creative interferences support the “unfixing” of history, offering a fresh take on complex processes related to identity and memory.

One of his most recent works, J´ai le Devoir de Mémoire (I Have a Duty to Remember), derives from imagery that Jasse collected during his 2019 residence in Lubumbashi (Democratic Republic of Congo). It echoes Belgium’s involvement in the Congo from 1908 to 1960. The stamps, words, numbers, and images added to the original archive material refer to elements of that history, and how authorities give permission to people’s existence by means of “official” documents.

The portfolio, as presented here, also includes elements from an earlier series, Nova Lisboa (2018). For this, Jasse used portraits originating from the city of Huambo, named Nova Lisboa in 1928 during the colonial regime as an expression of the Portuguese ambition to turn Angola into an overseas province. Jasse screen-printed graphics from stamped documents on to the portraits, thereby “liberating” the pictures from their original context. This method effectively foregrounds the undeniable historical fact of segregation, humiliation, and an authoritative colonial system with which these seemingly harmless portraits inevitably intertwine.