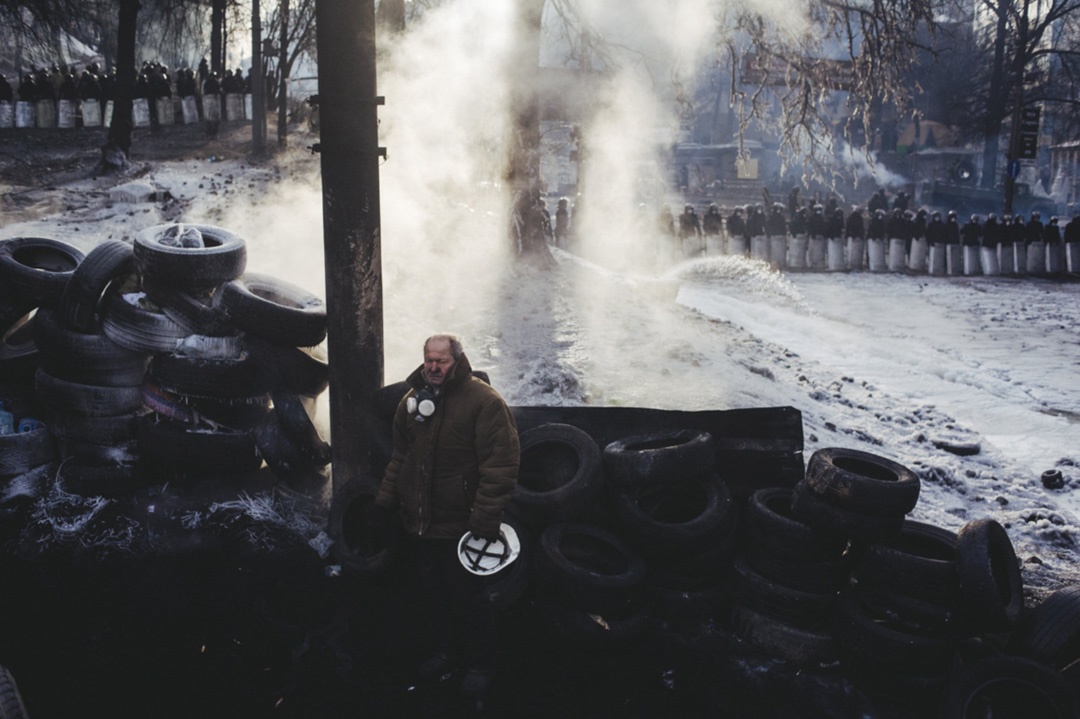 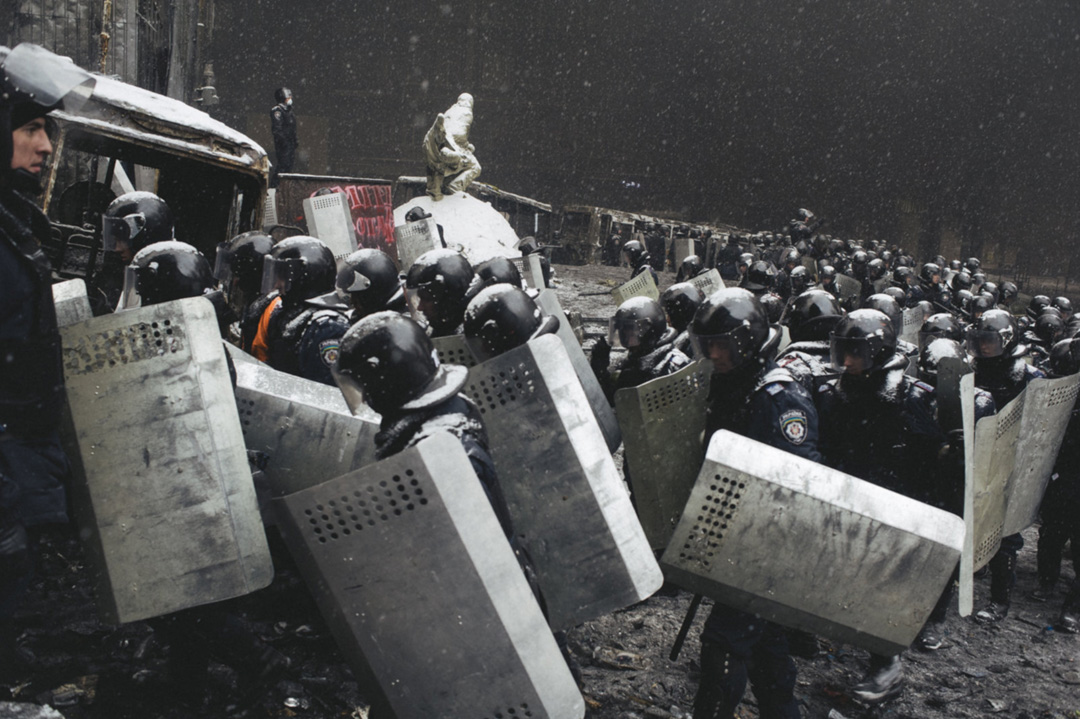 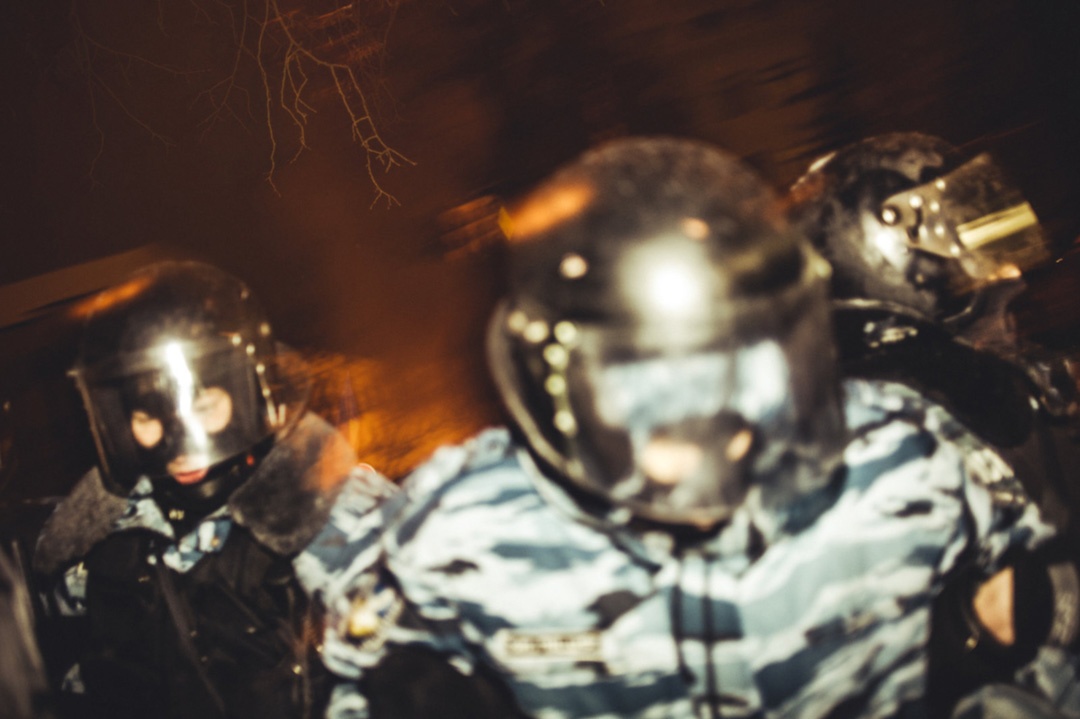 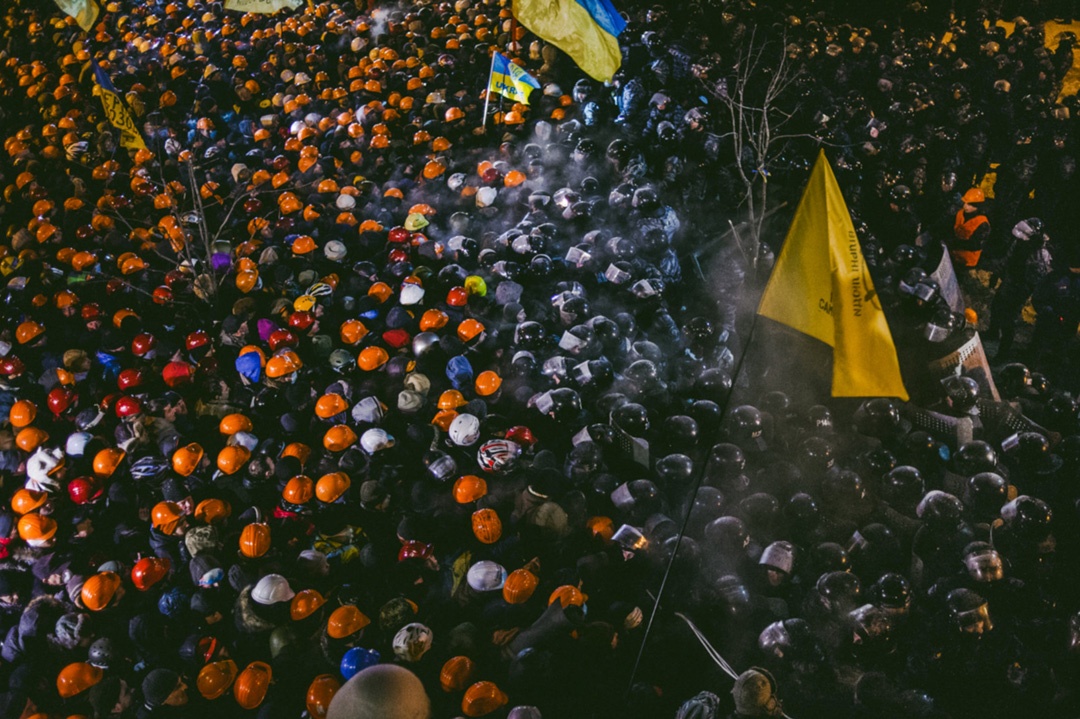 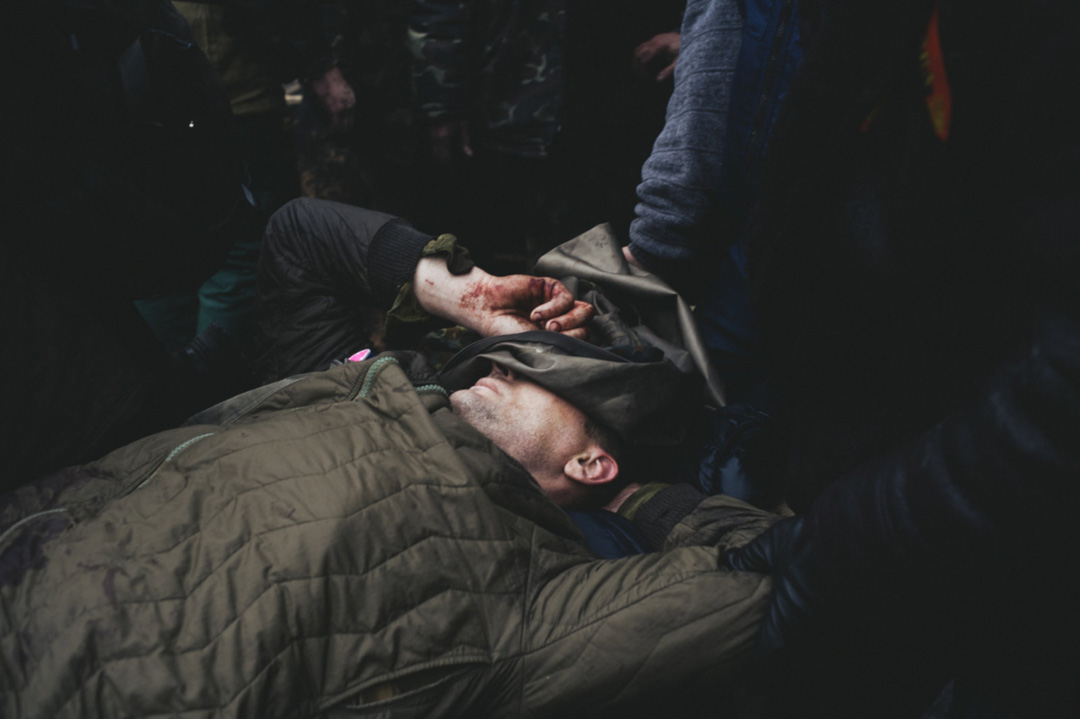 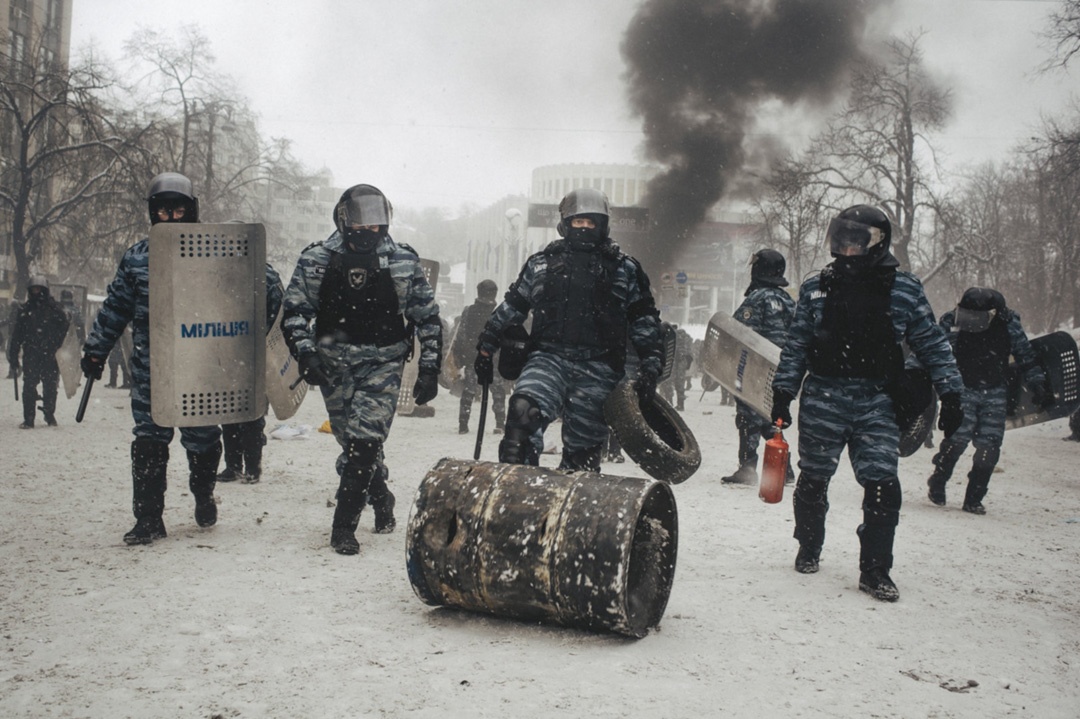 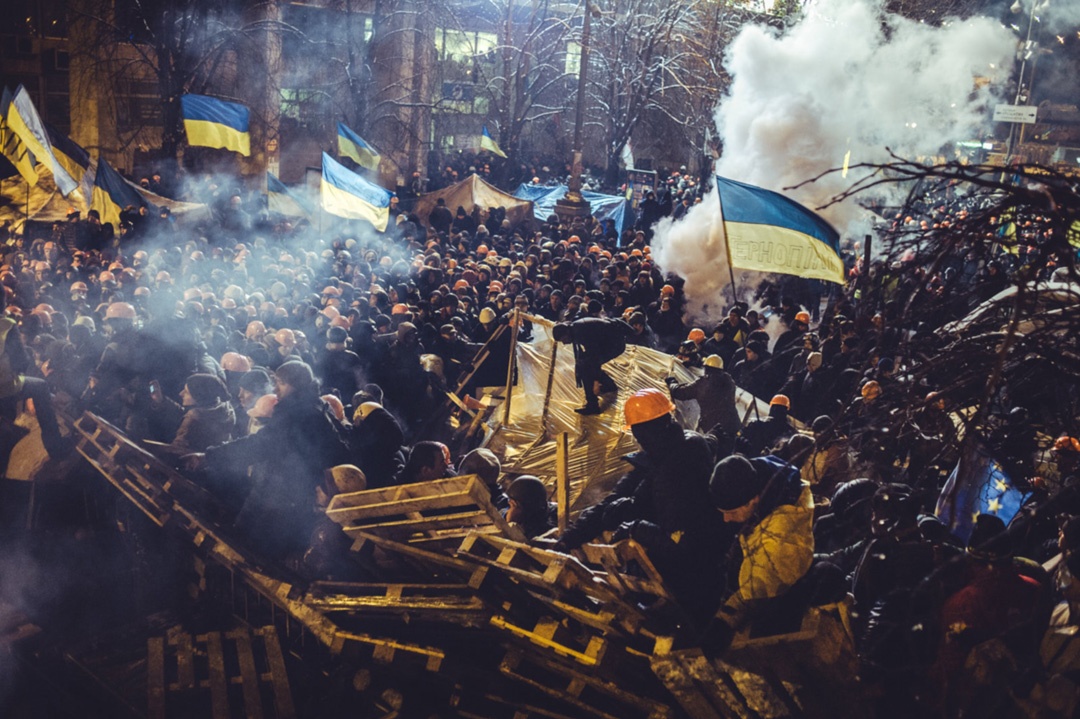 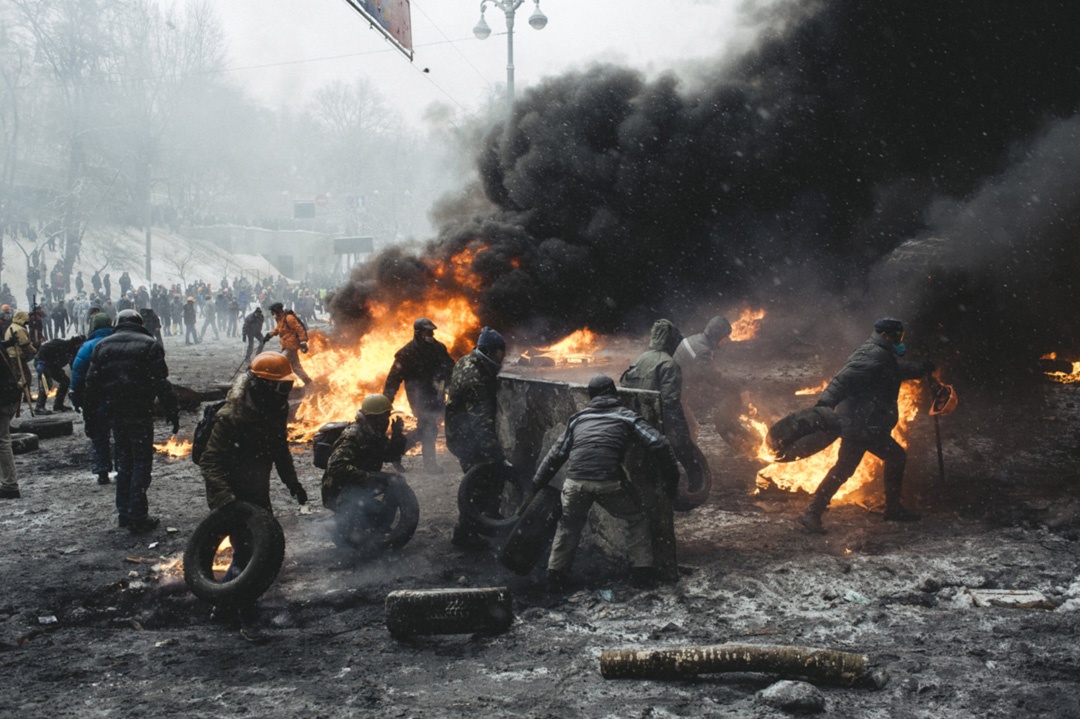 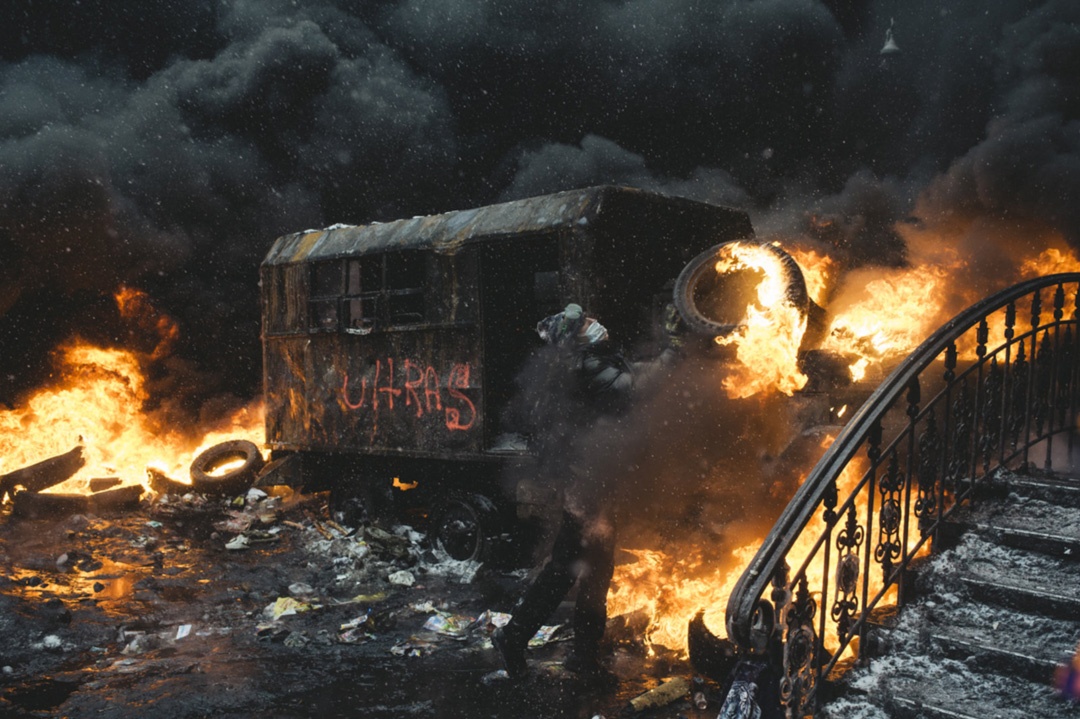 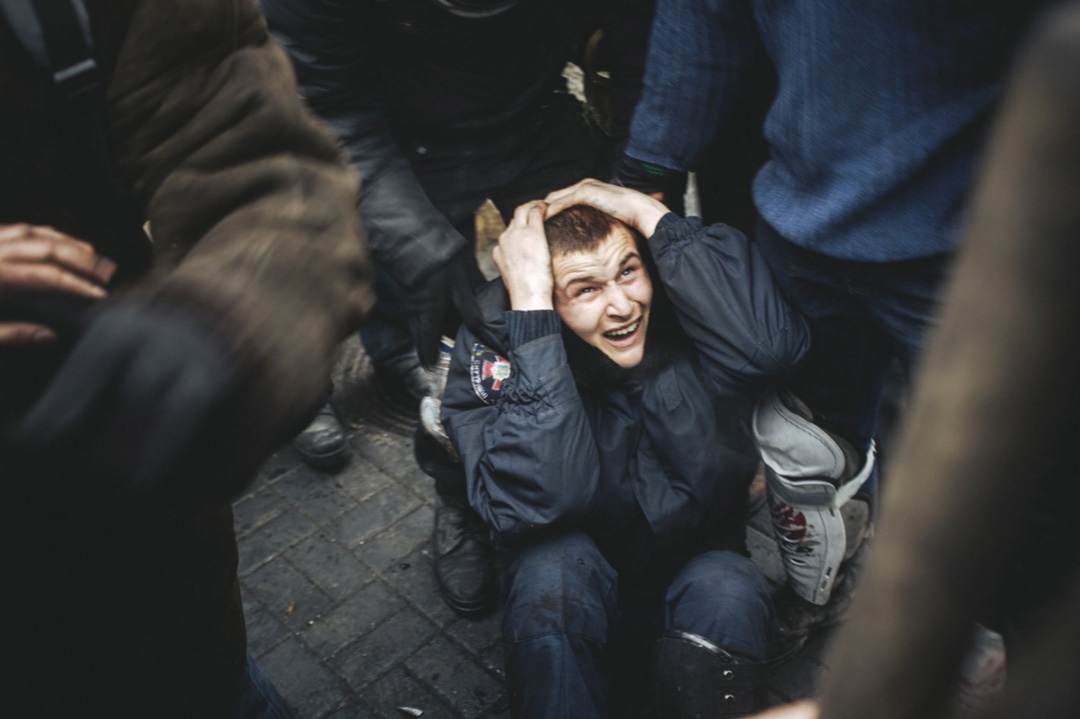 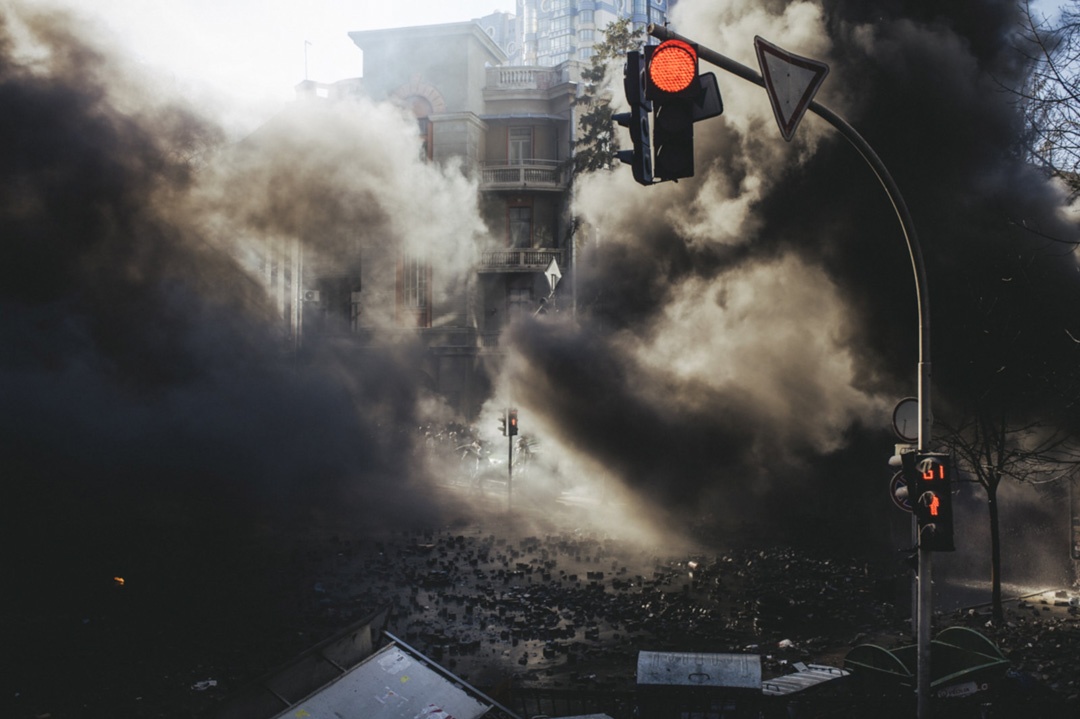 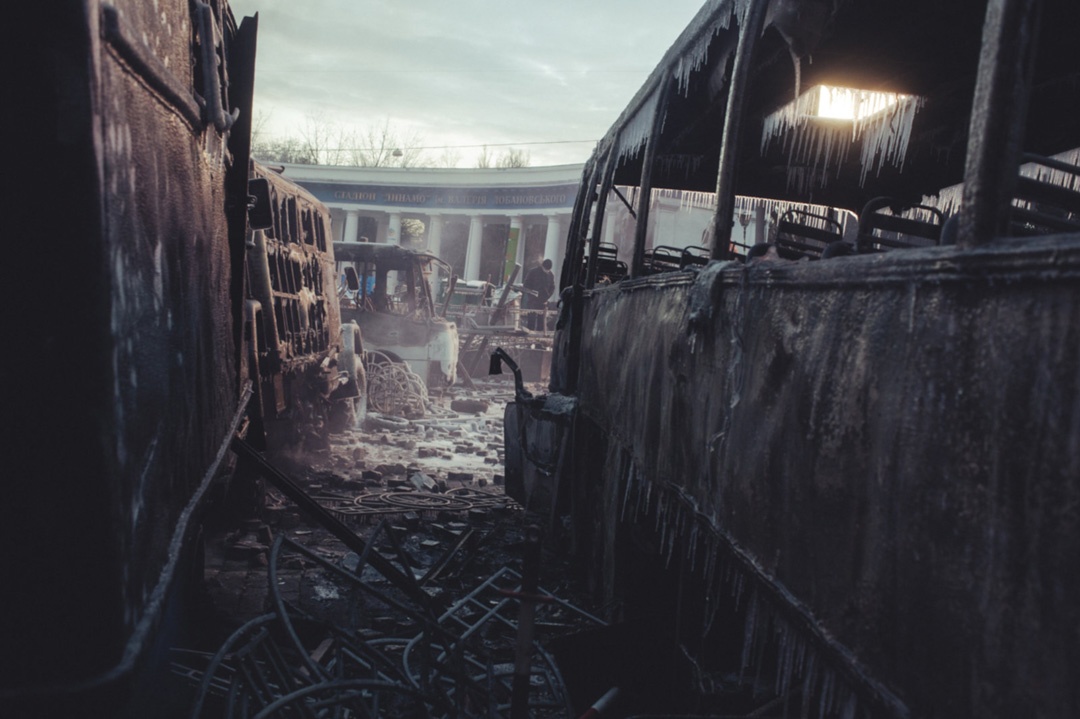 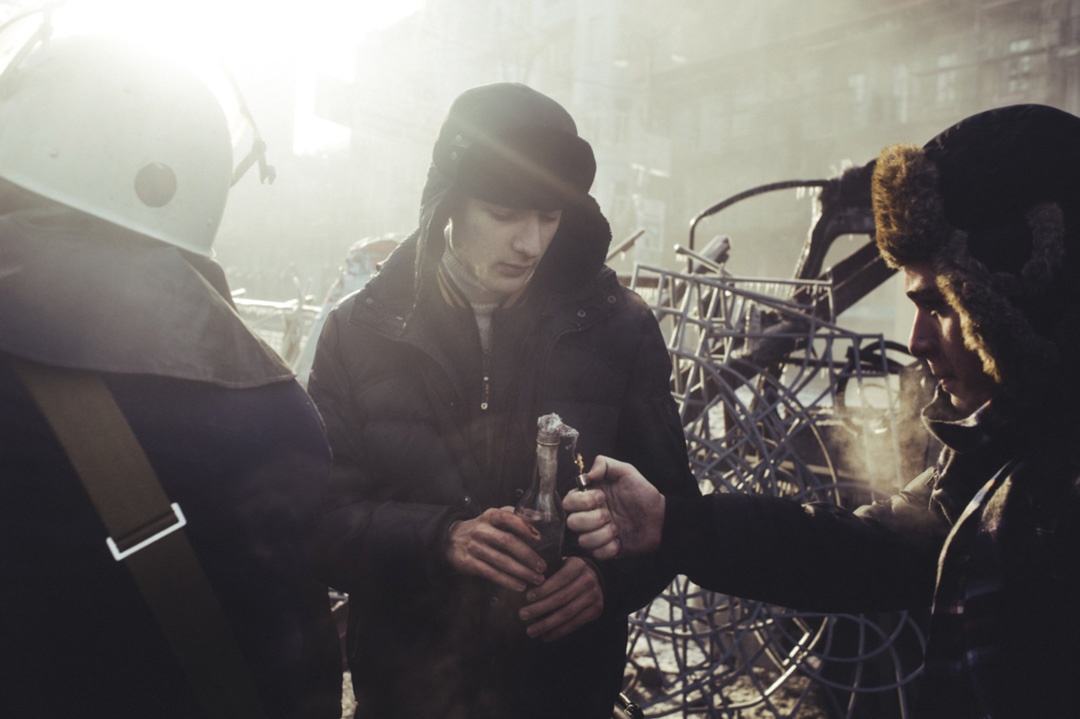 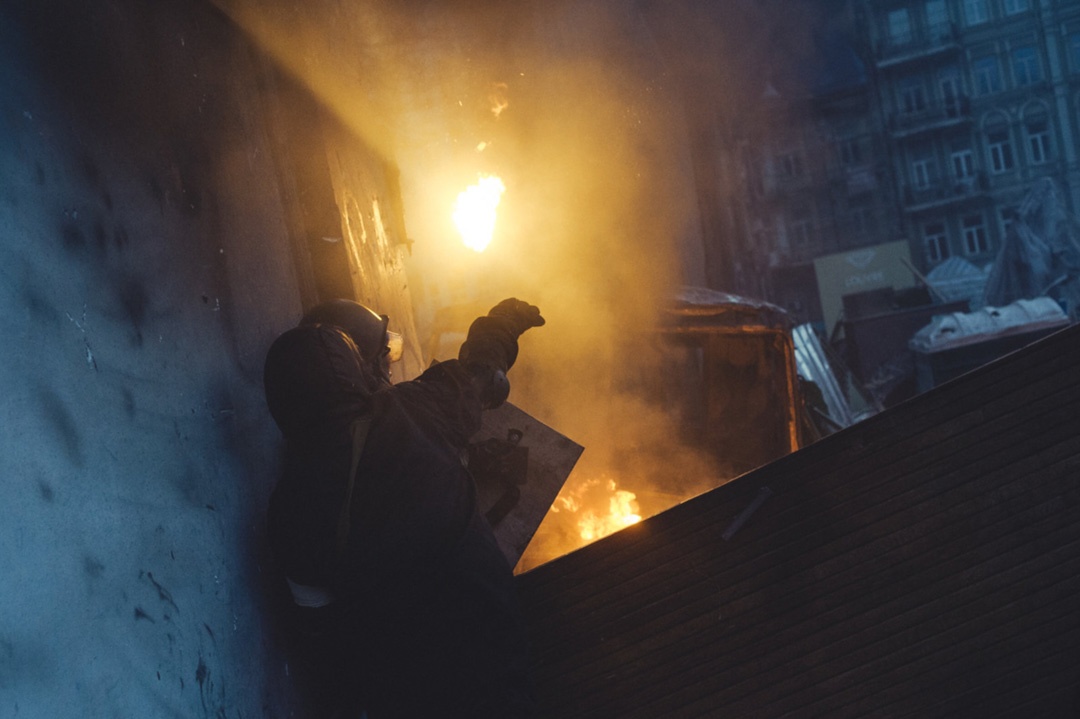 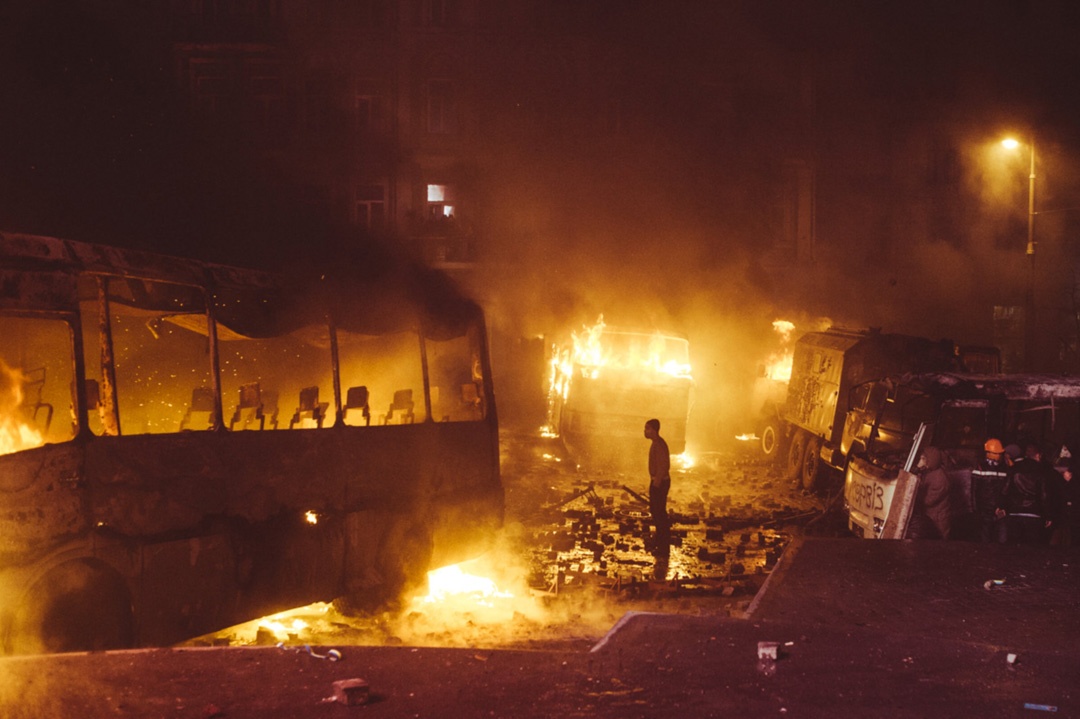 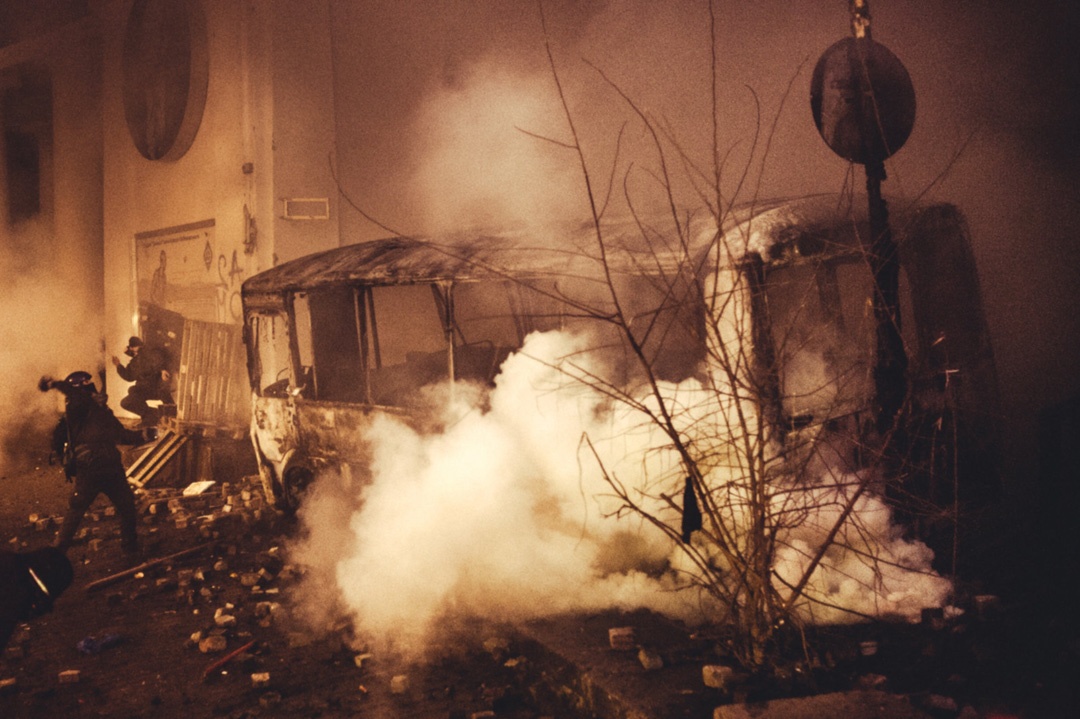 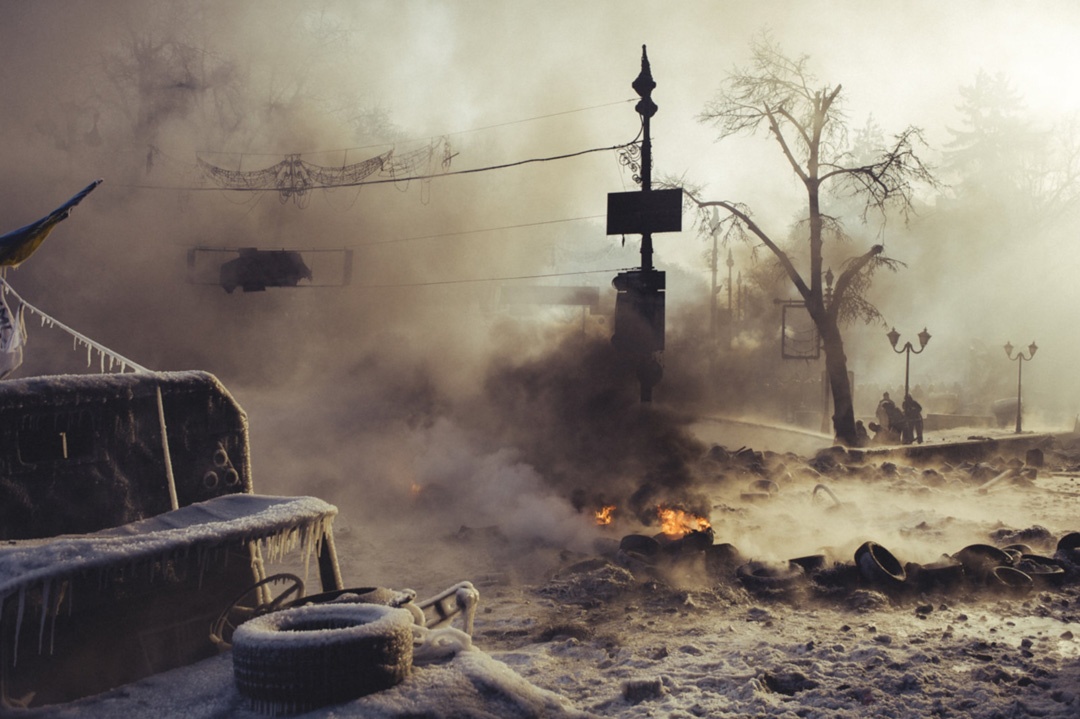 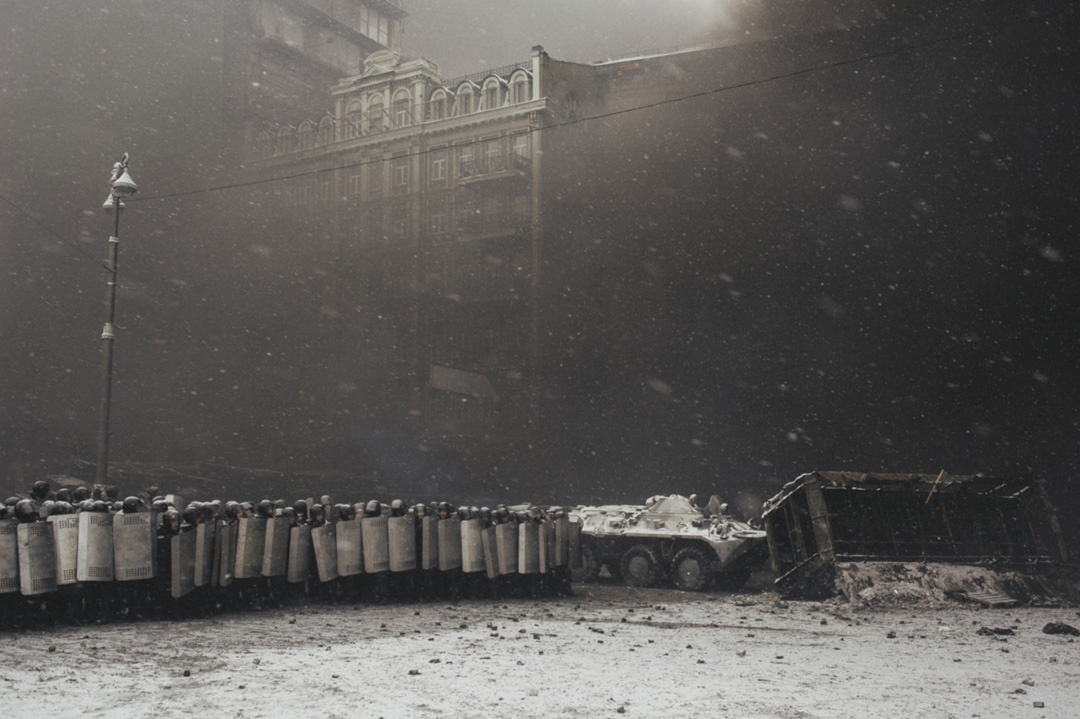 CULTURE OF THE CONFRONTATION

“This confrontation is eternal, it started ages ago and will continue again and again.”

Maxim Dondyuk (1983, Ukraine) experienced first hand the winter of 2013 that changed Ukraine, yet his series conjures associations that move between the realms of reality and fiction. The performative quality of conflict removes the event from reality and the destruction is reminiscent of cinematic depictions of devastation.

The conflict in the Ukraine divided the country into those nostalgic for the former Soviet Union and those who wanted to look to the new potentials the future offered their country. Both the event and its aesthetic qualities underline the opposite ideals of this conflict. The scenes capture bold, vibrant flames engulfing soft snow-laid terrain that is in turn battered by heavy dark smoke and shadows. Dondyuk also works with scale to inspire various narrative interpretations as he constructs images to include civilians dwarfed by infrastructure, alternating to close-ups that reinforce the human cost of the situation.