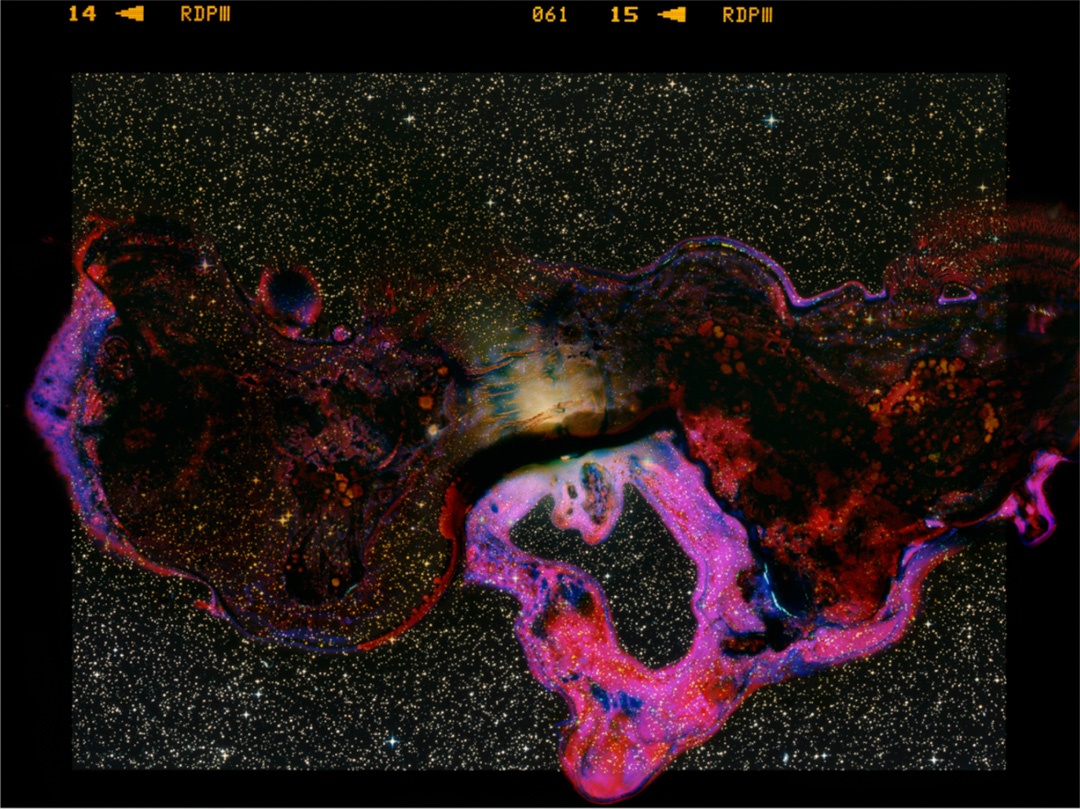 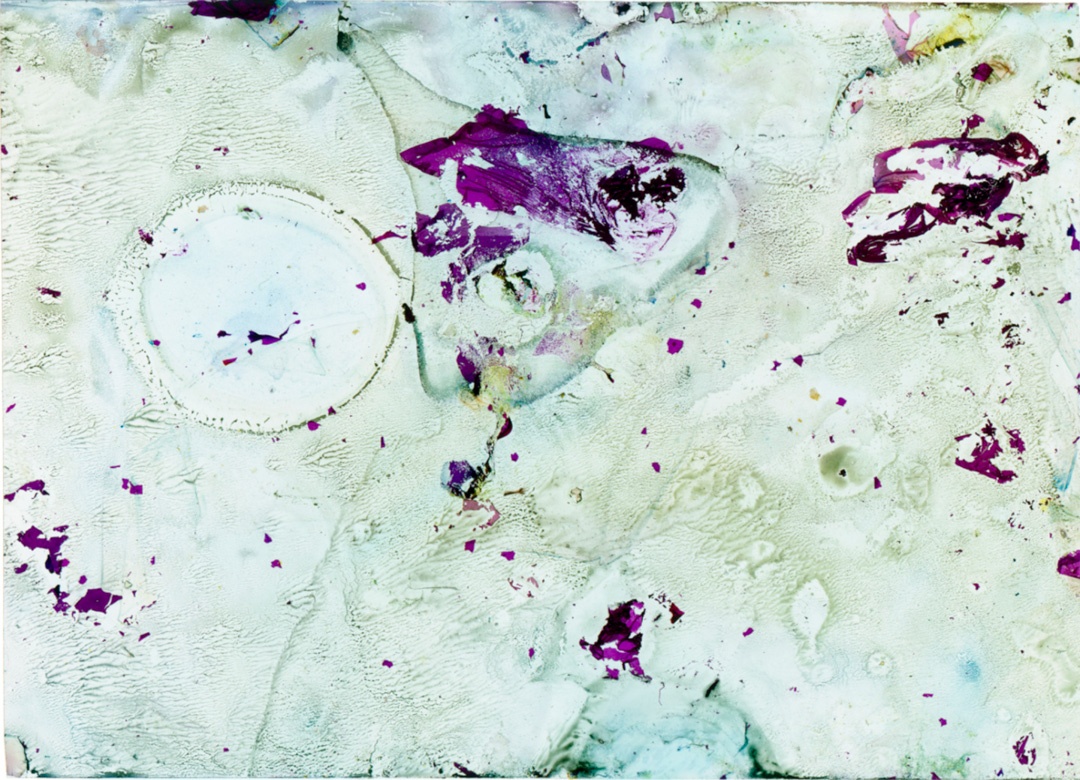 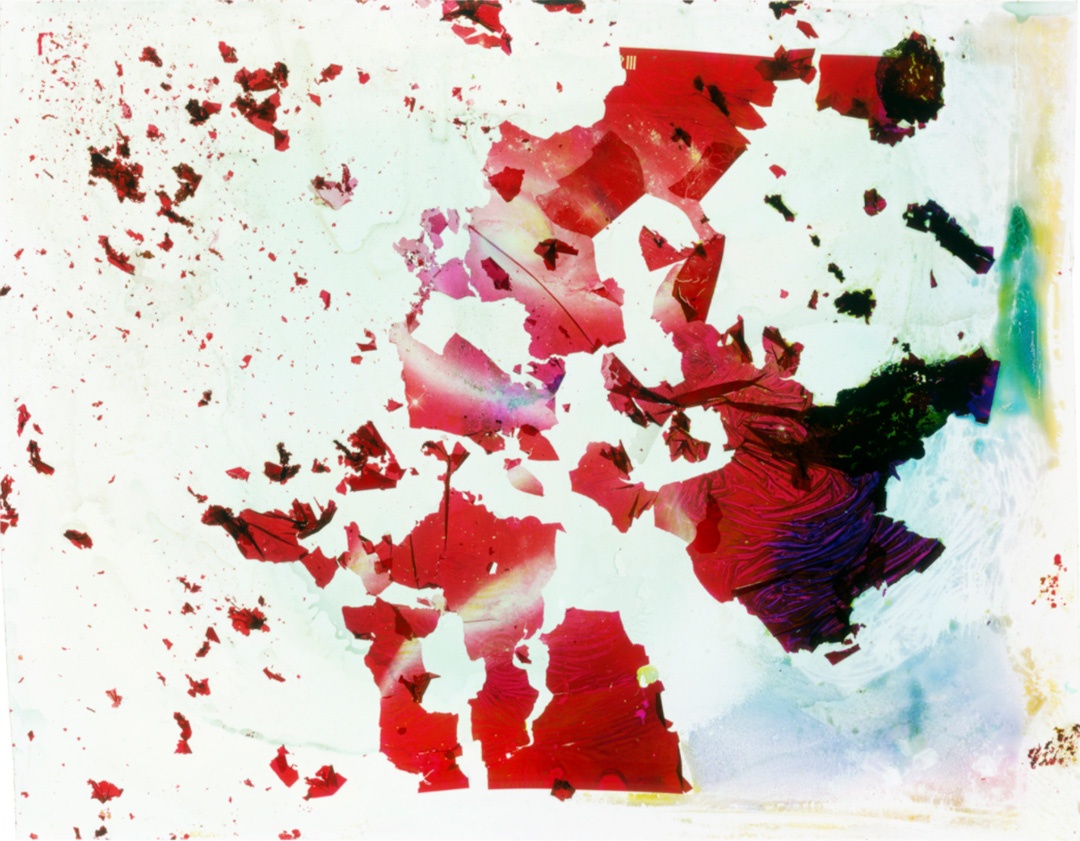 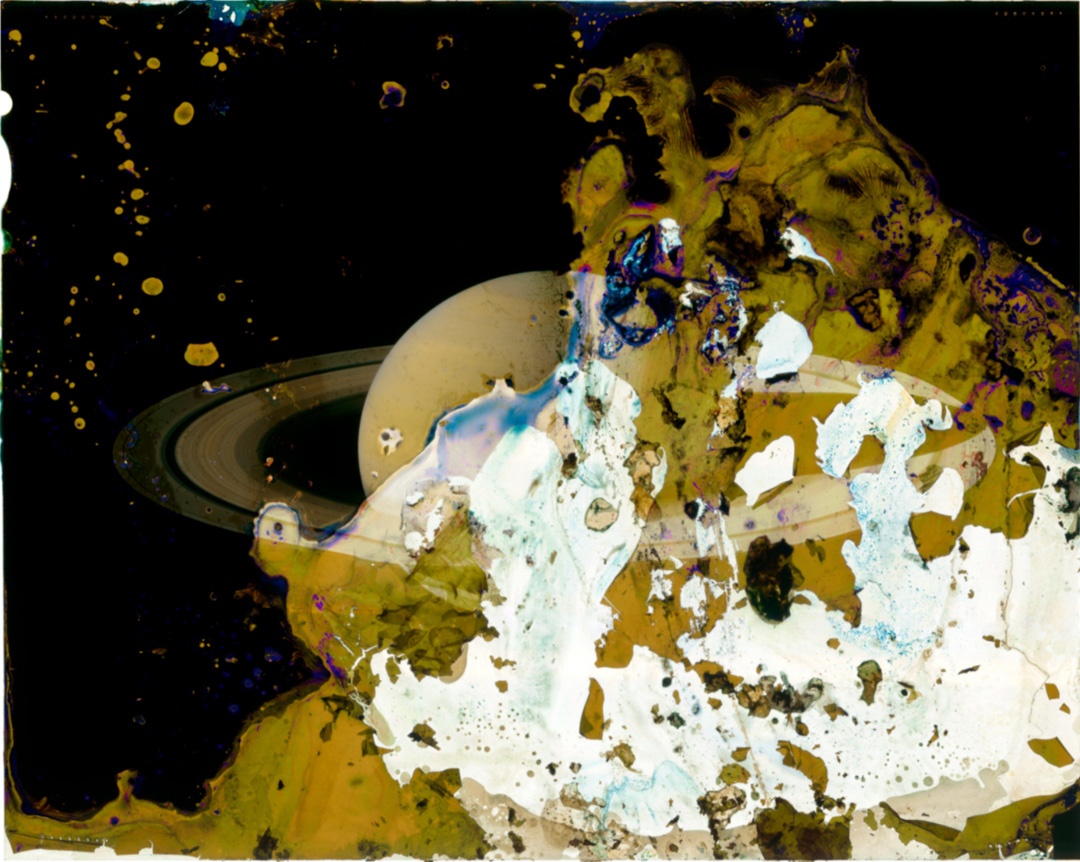 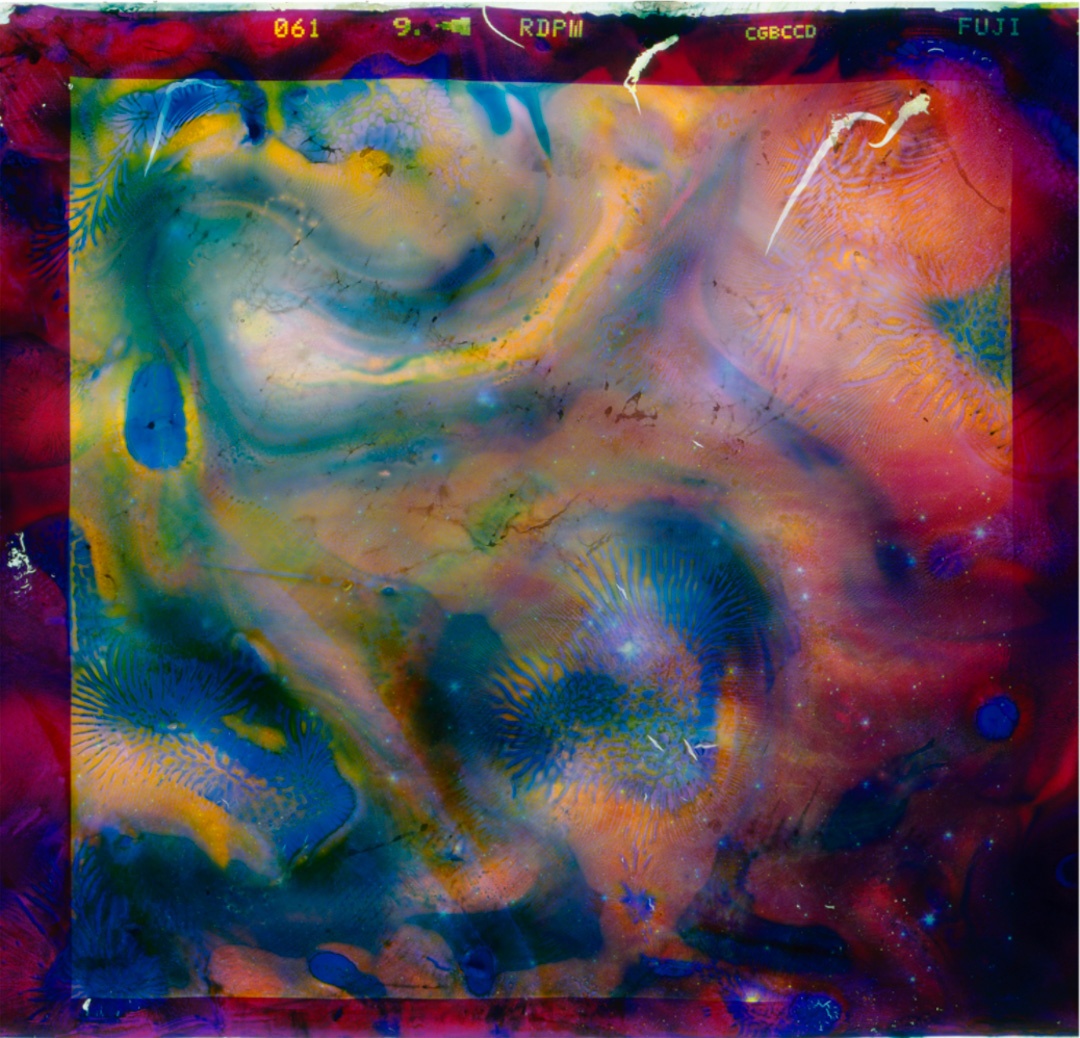 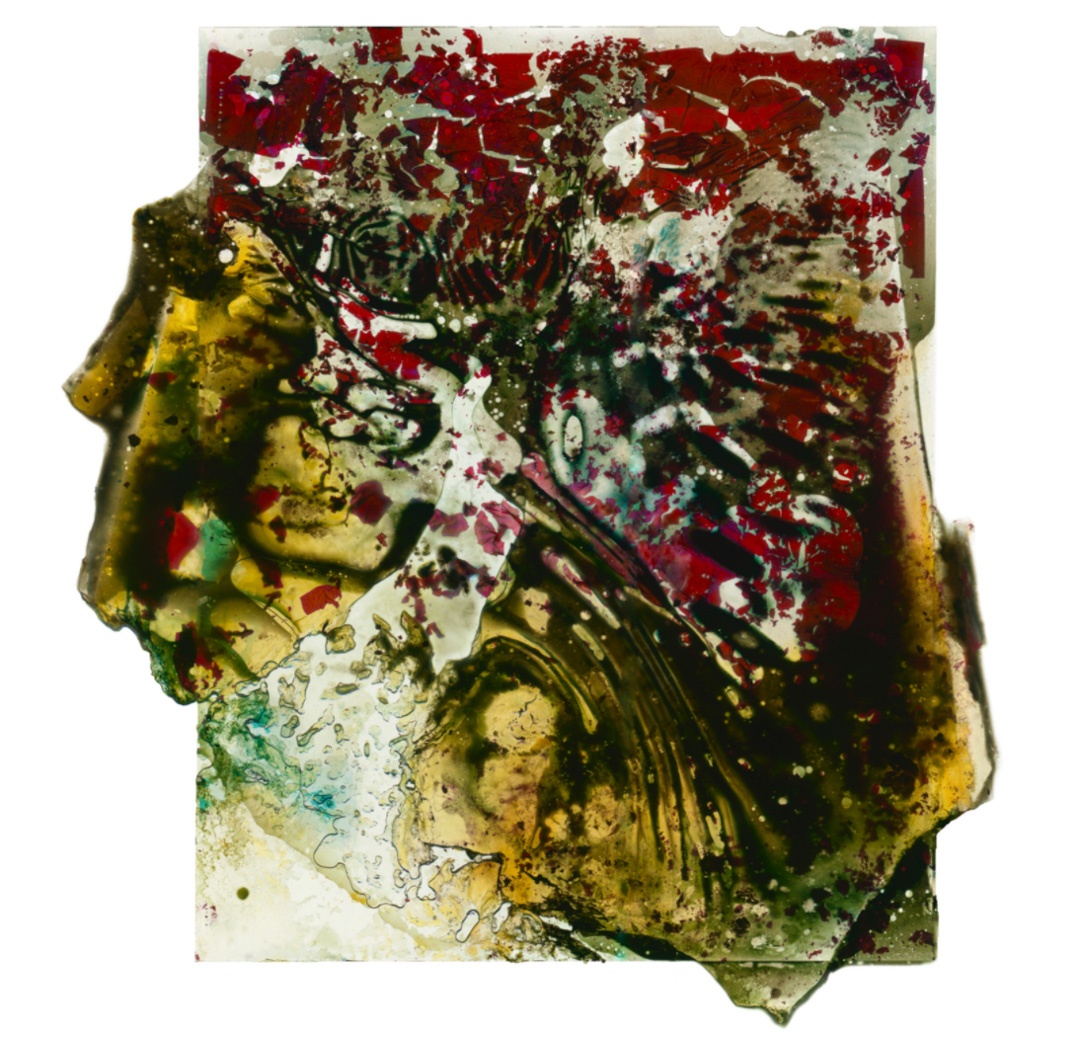 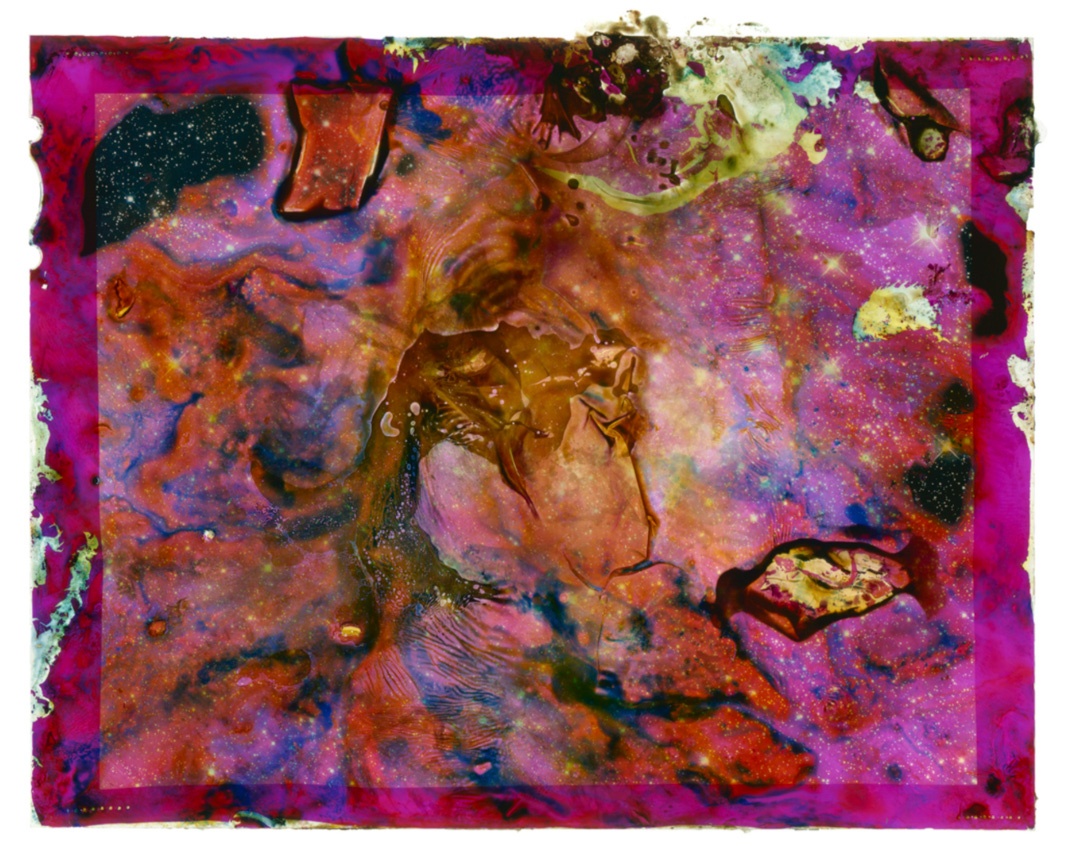 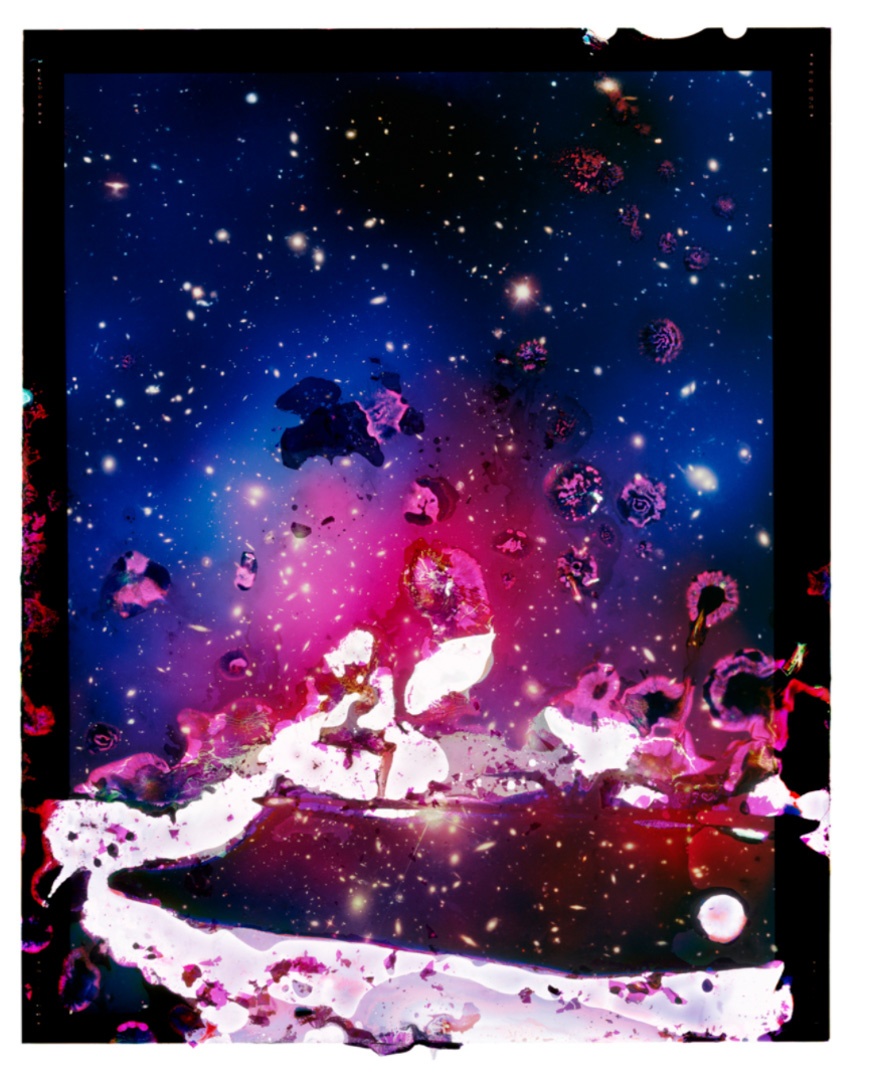 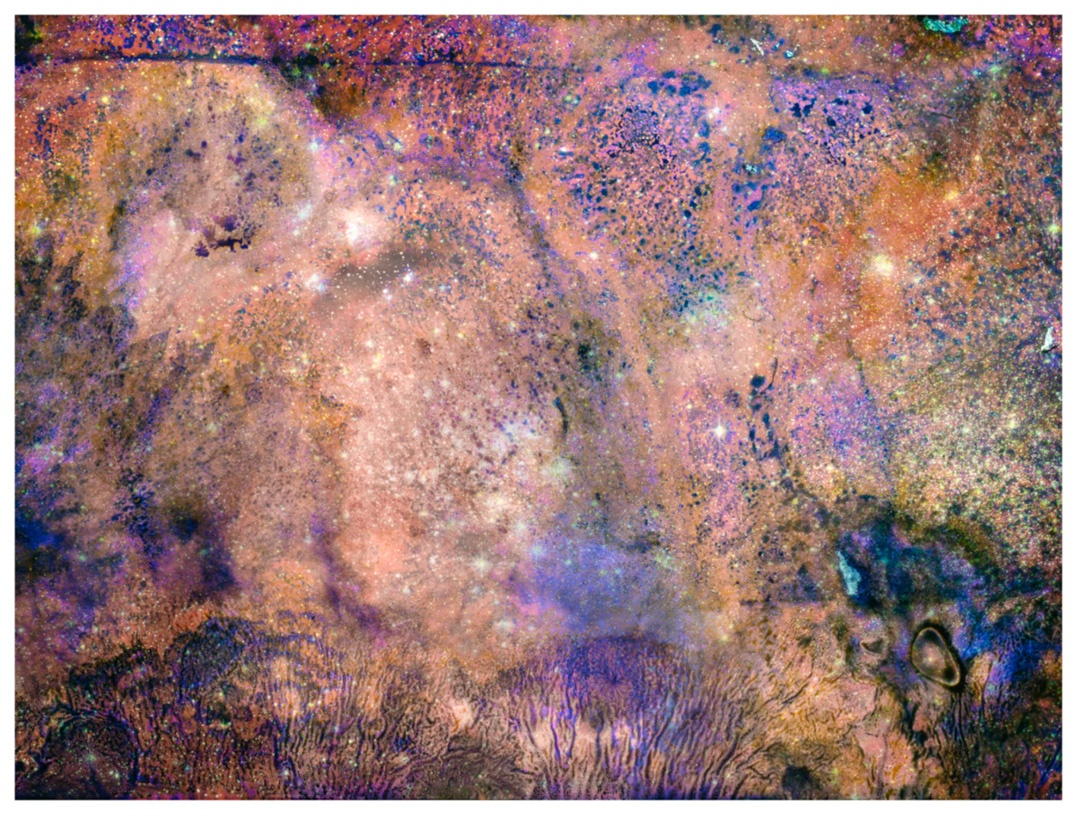 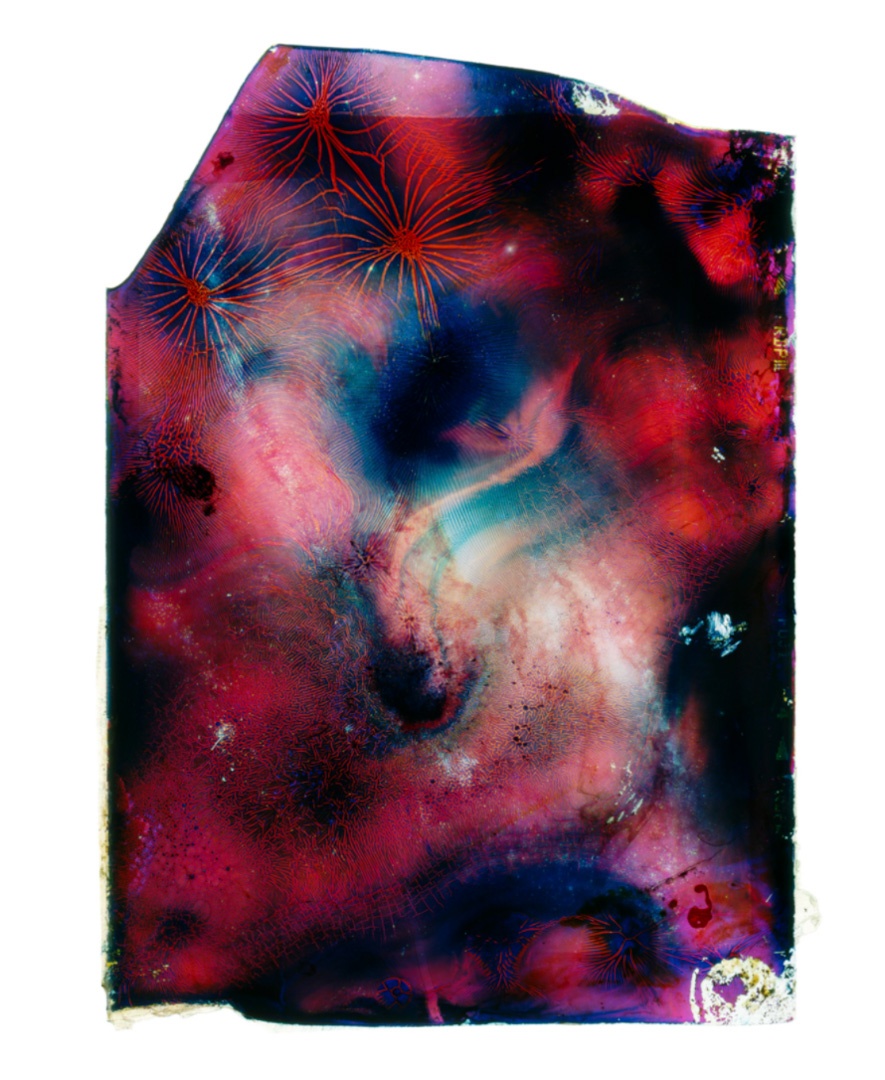 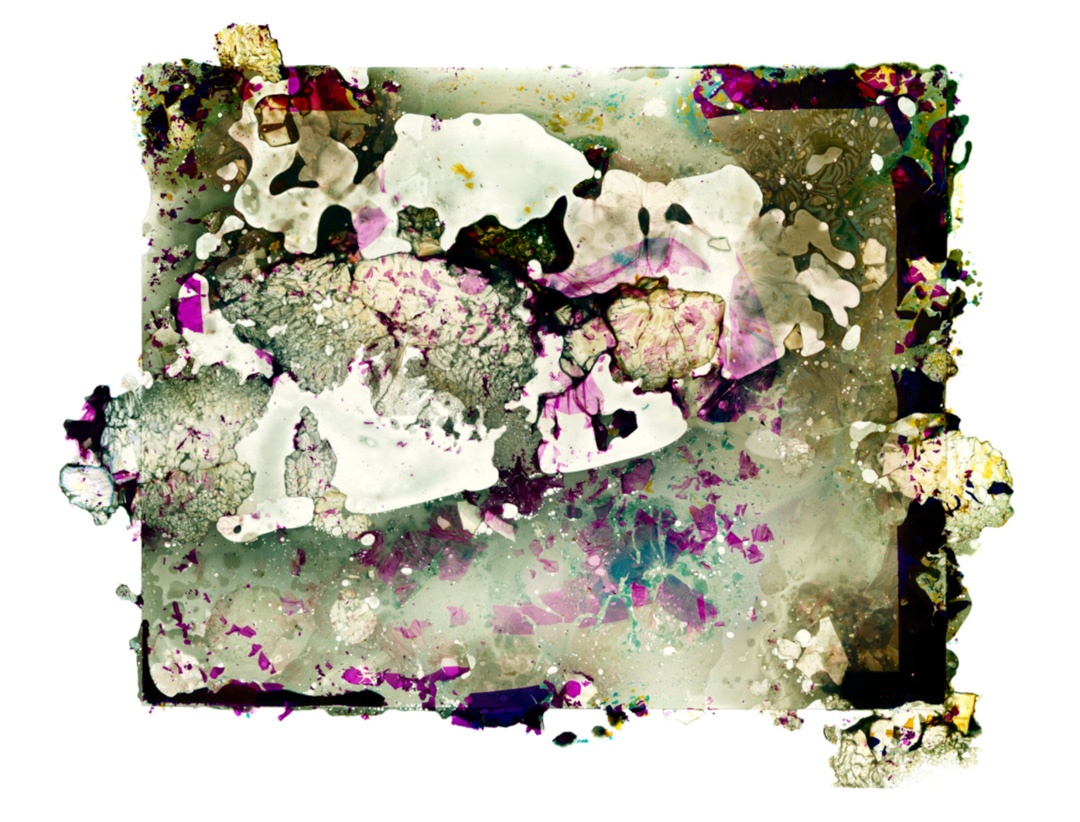 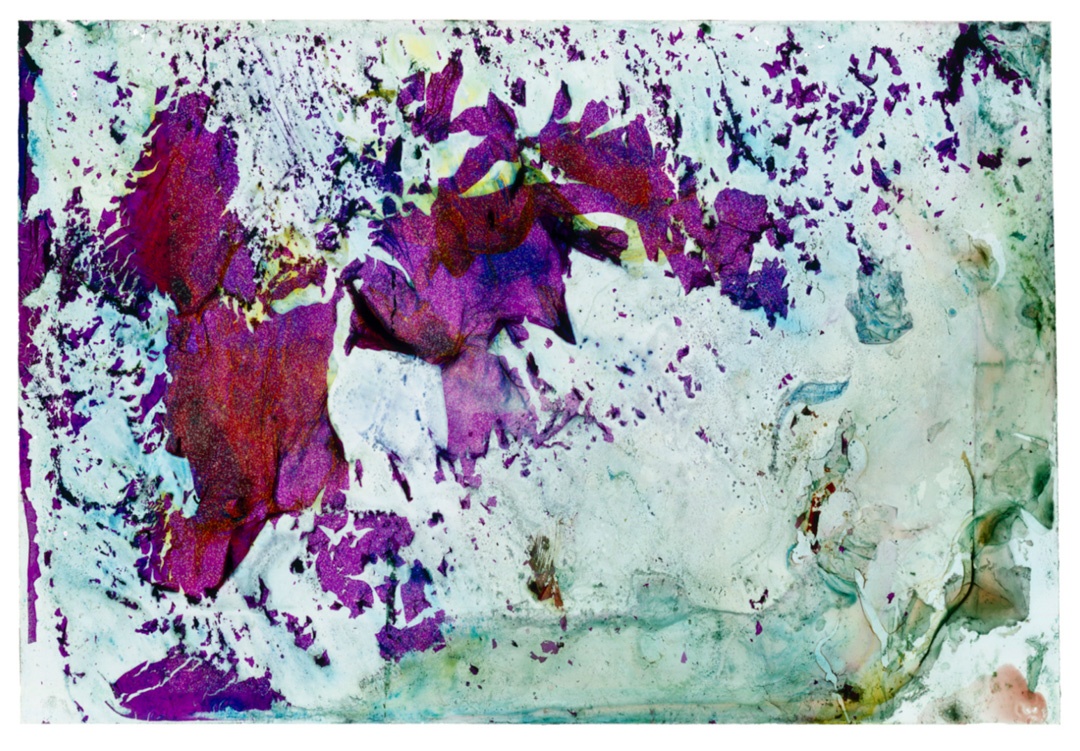 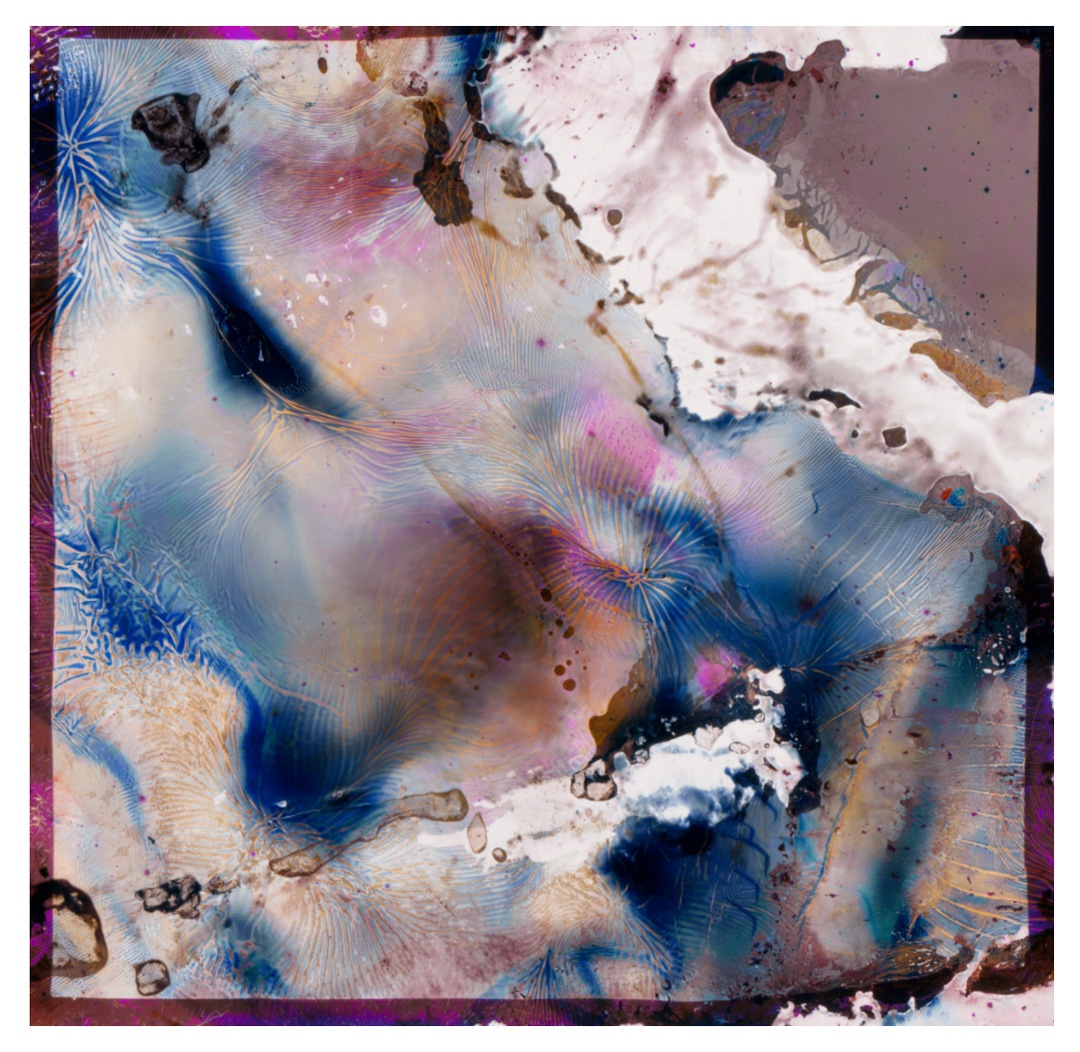 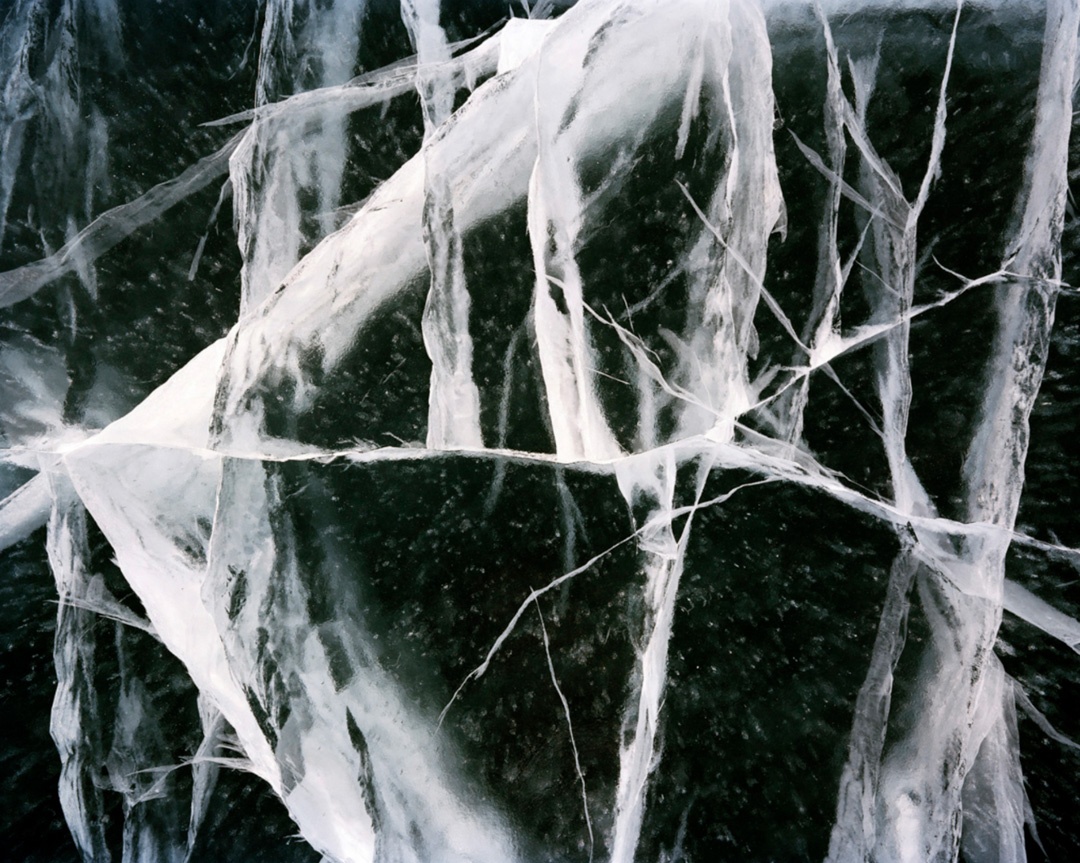 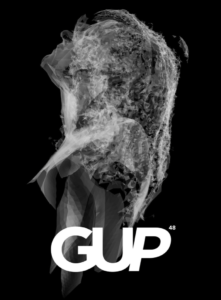 The great outer reaches of space meet earthly microscopic bacteria in this series from American photographer Marcus DeSieno (1988). As a starting point, DeSieno appropriates images from NASA and other space agencies, exposing them onto positive slide film. Then, he collects bacteria from everyday objects, and applies it to the film along with nutrient agar, creating a breeding ground for growth. Within a matter of days, the bacteria colonies are large enough to see with the naked eye, and their reproduction has made its mark on the imagery, interacting with the film emulsion, attacking the surface and stripping away layers of colour. The final action, a scan of the bacteria-laden film, creates the means to produce DeSieno’s artworks while at the same time killing the microscopic ecosystem.

By selecting appropriated images of space, and outsourcing the visual outcome to bacteria, DeSieno’s work engages directly with the question of control over his work. He says this aspect is fitting, “to reflect on my own powerlessness in this vast cosmic sea, and to decimate the authority of the photograph as a representational tool”. The works are titled by the intersection of the astronomical geography of the original image and the source of the bacteria, creating comical coordinates.