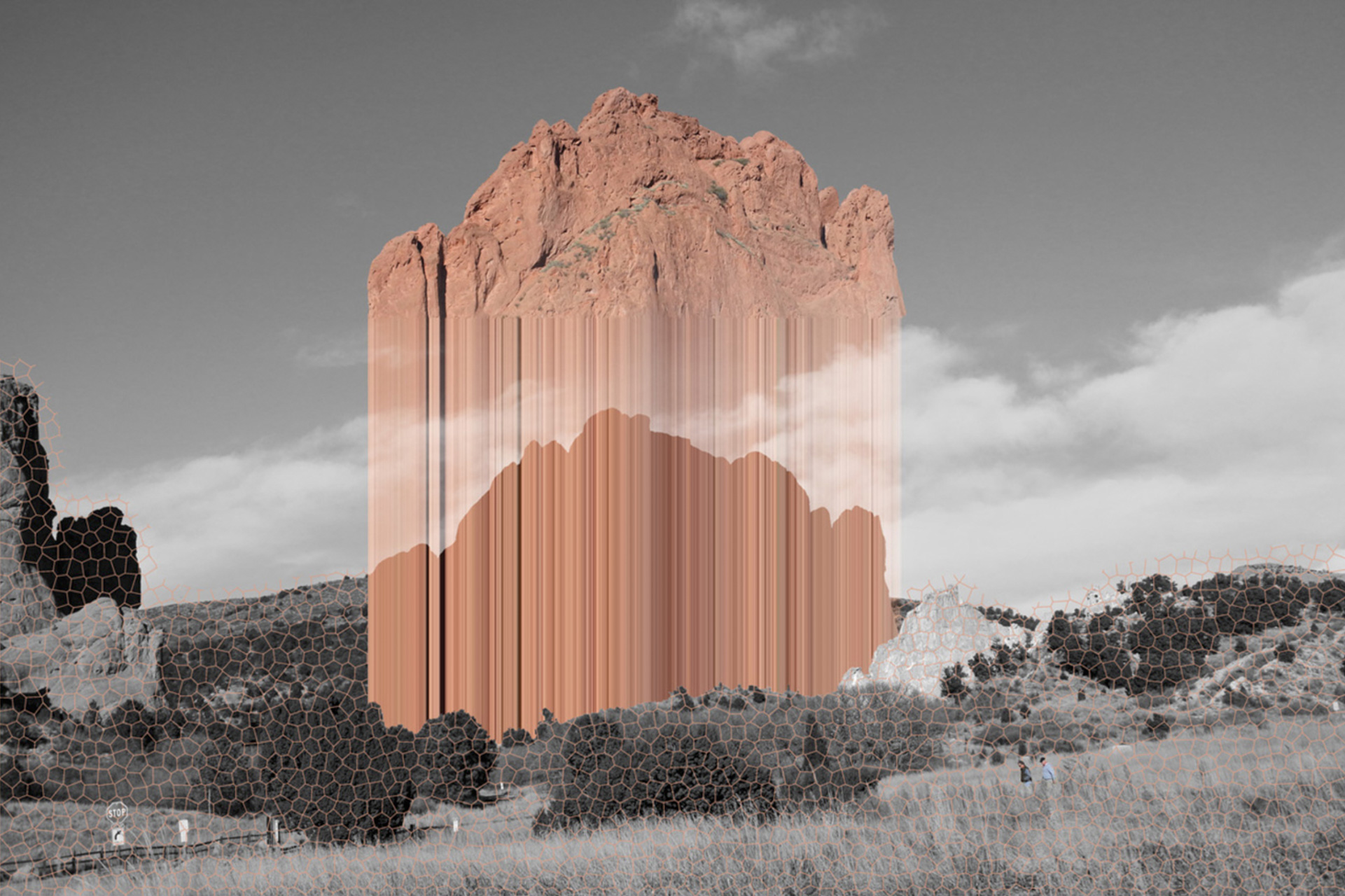 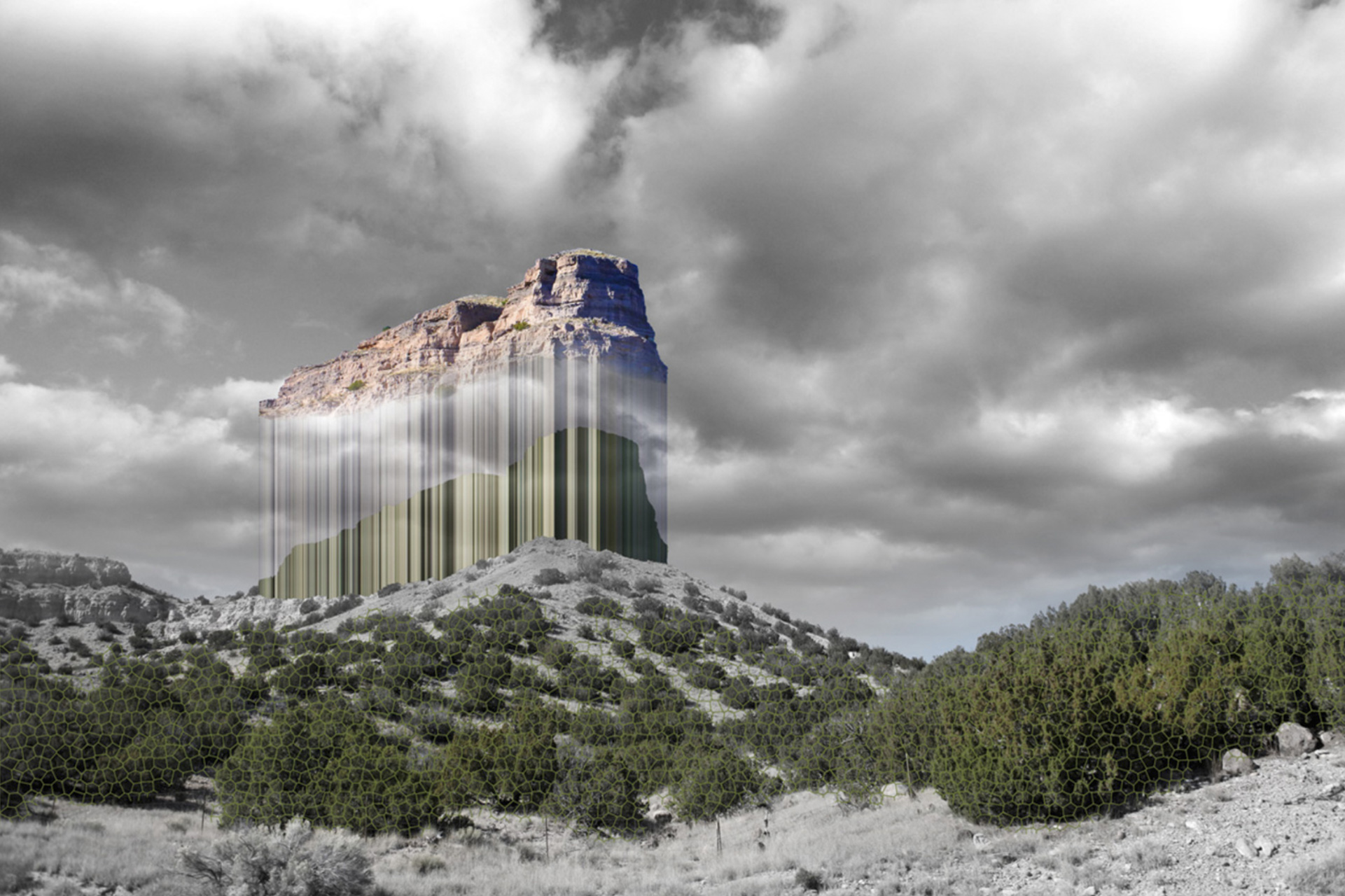 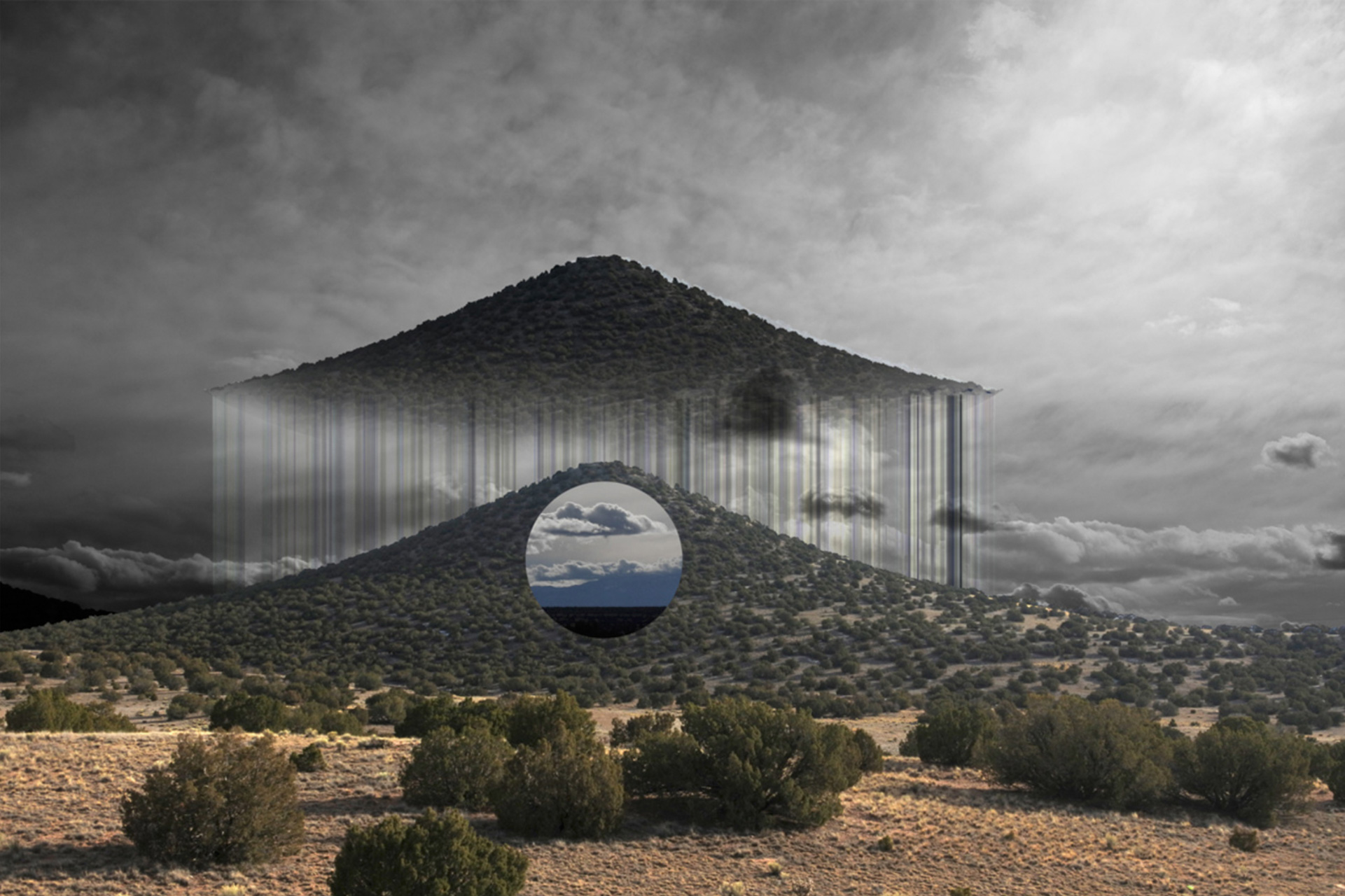 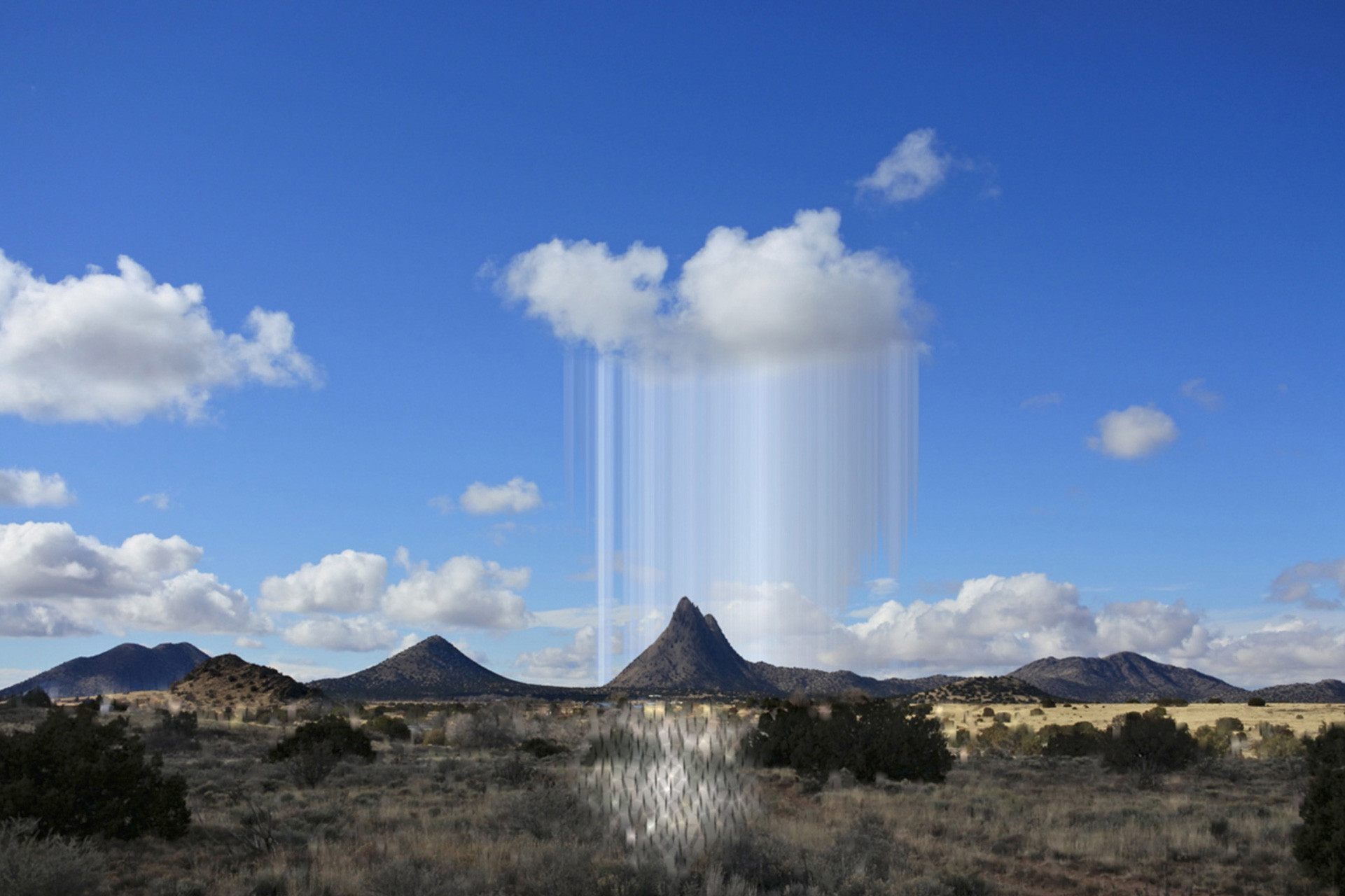 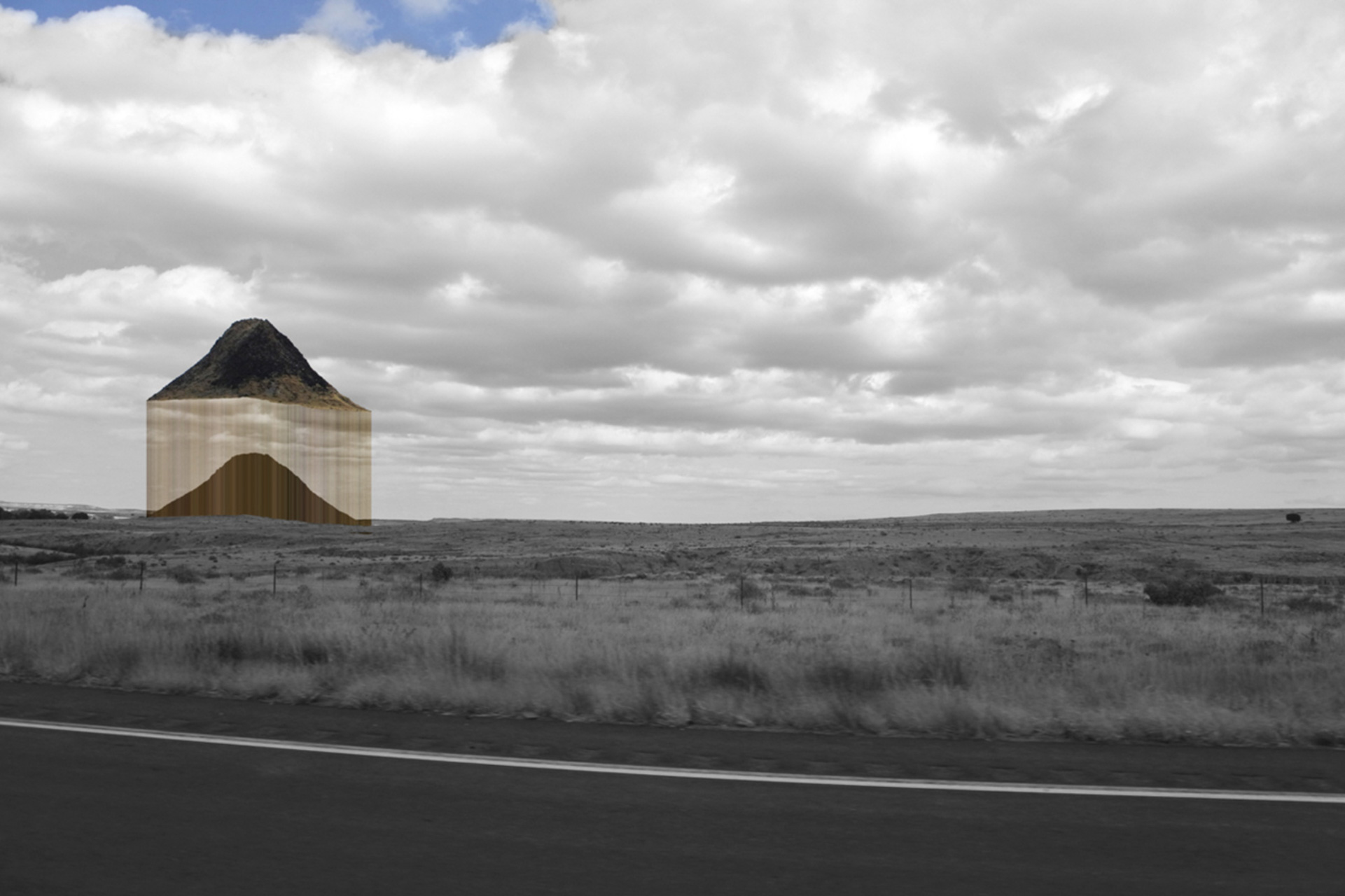 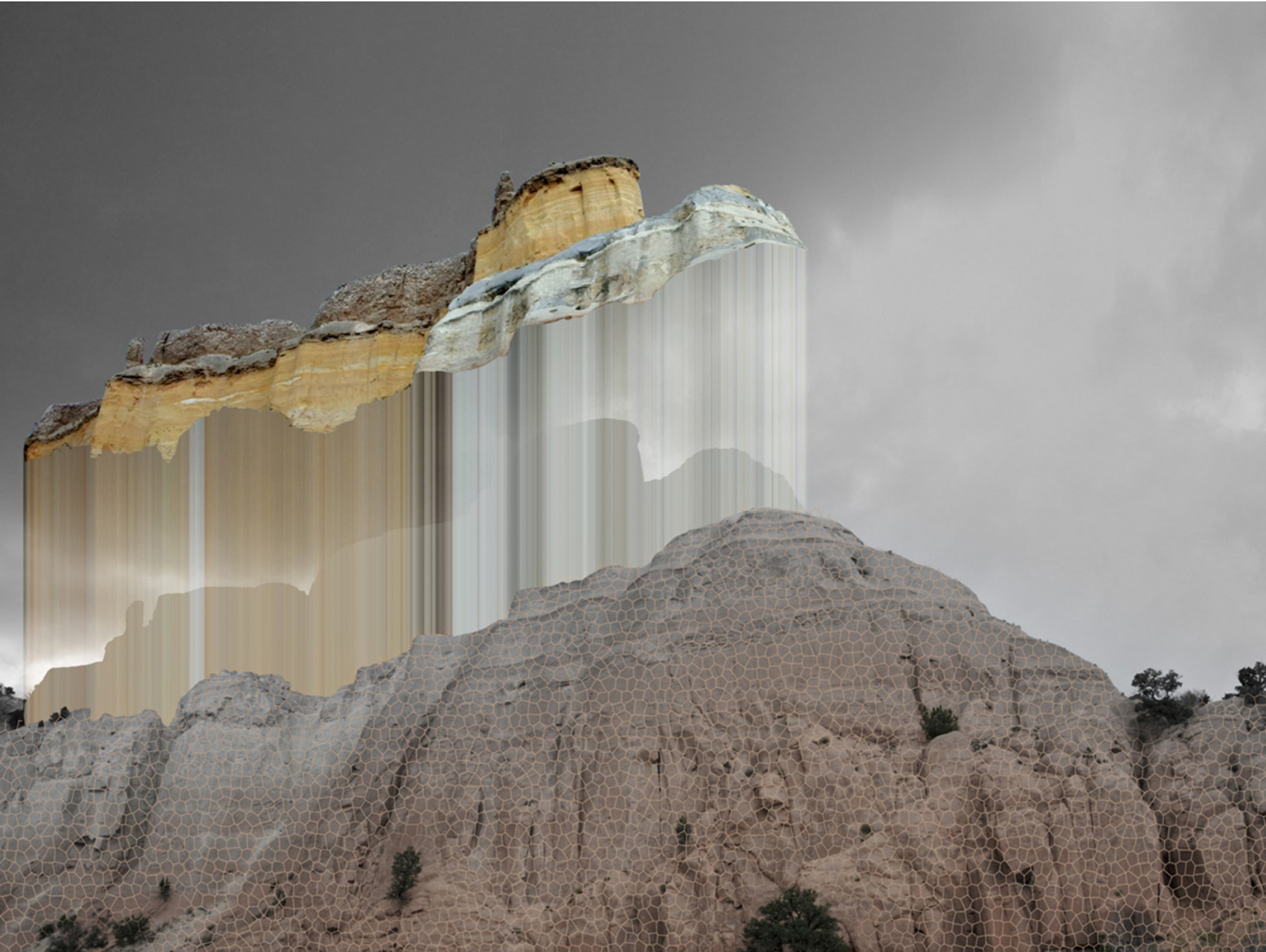 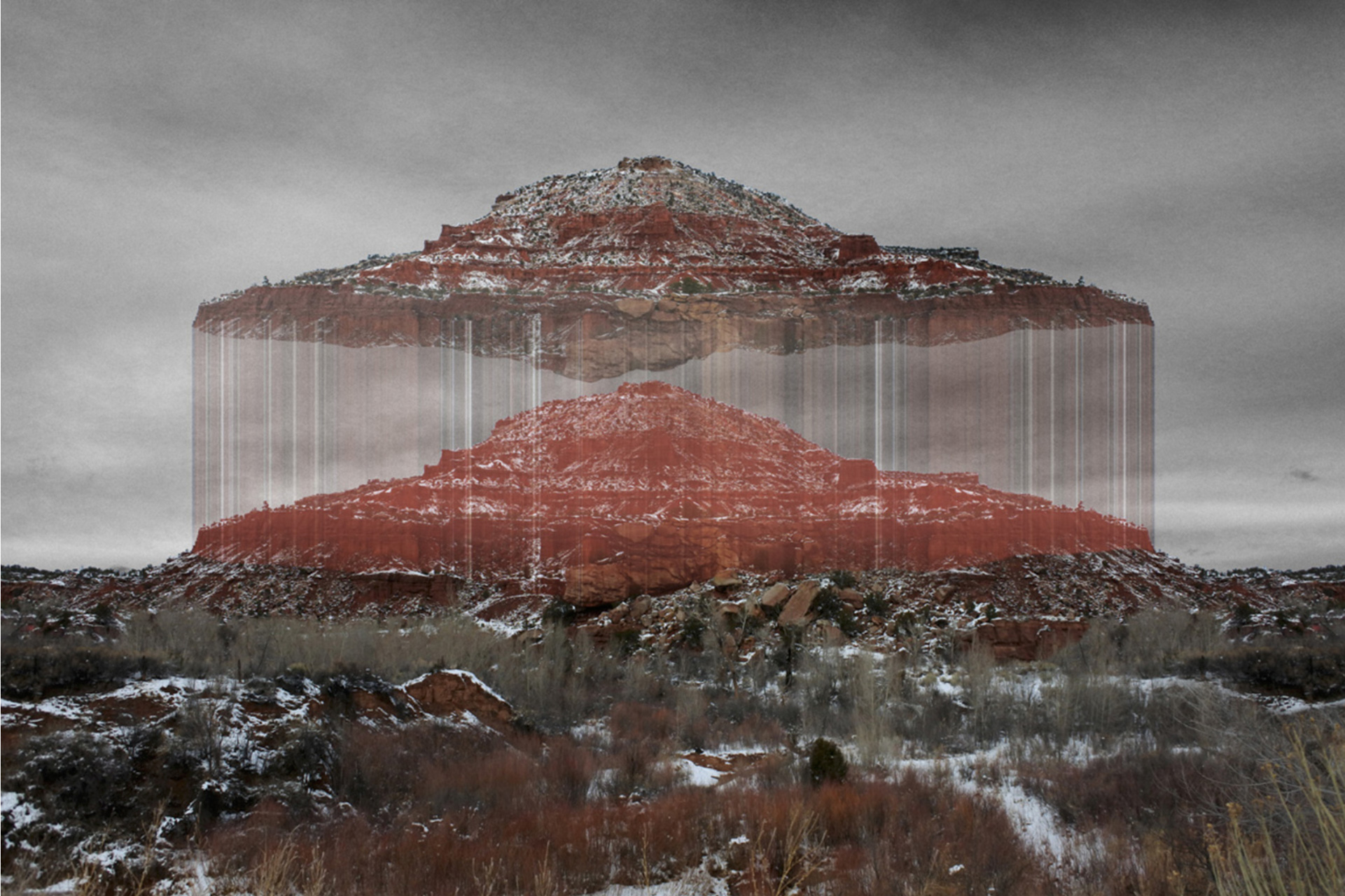 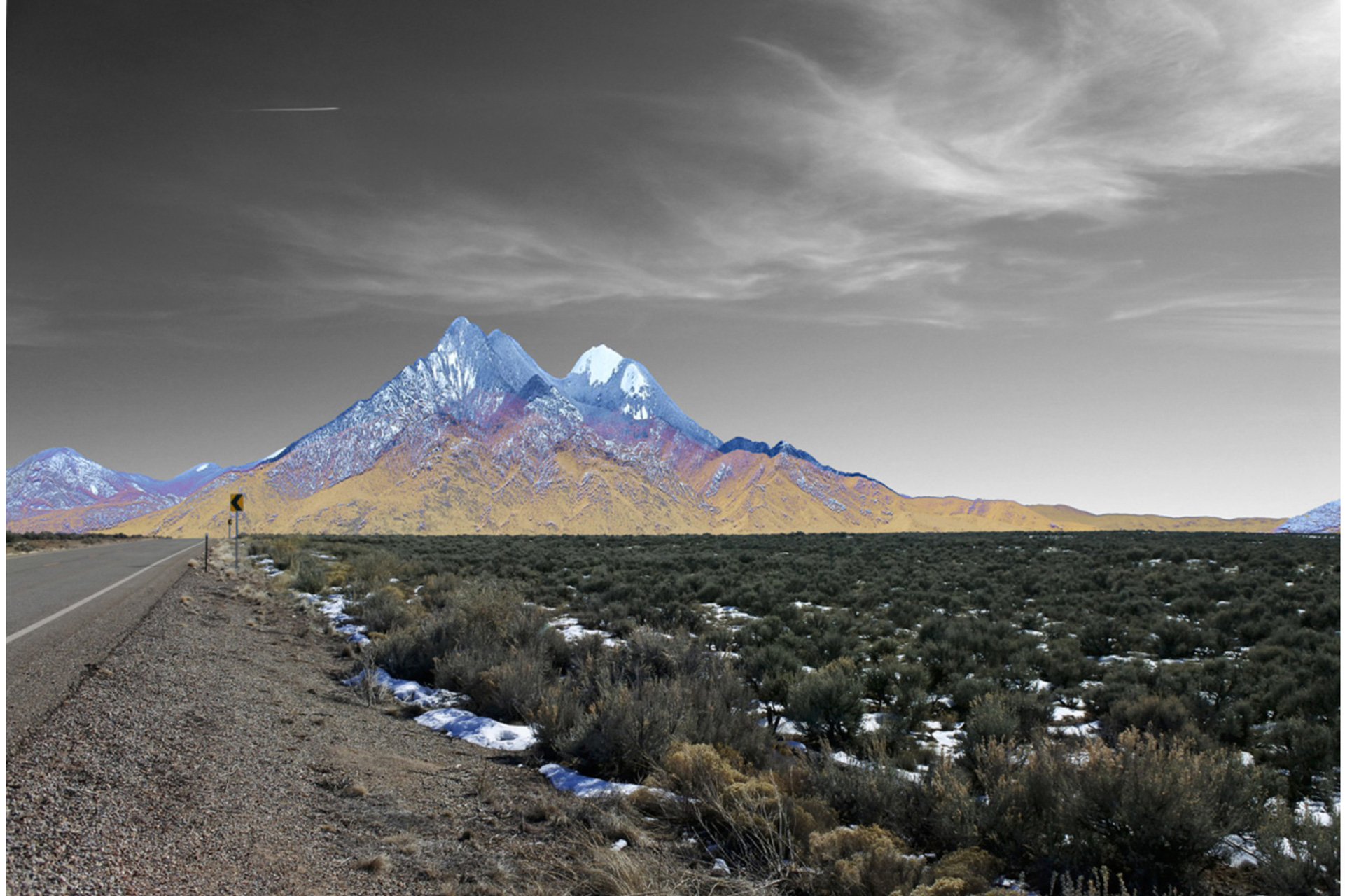 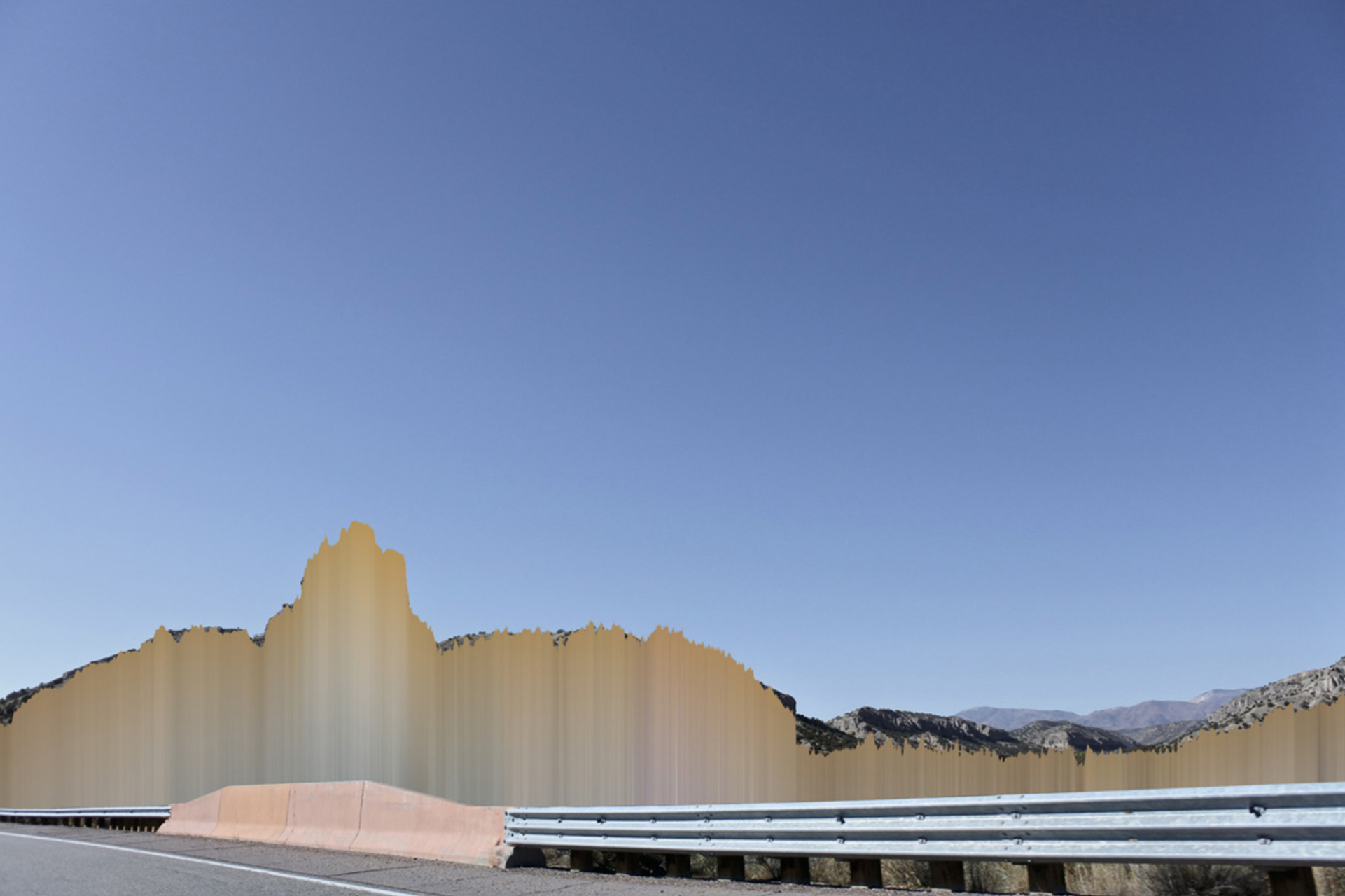 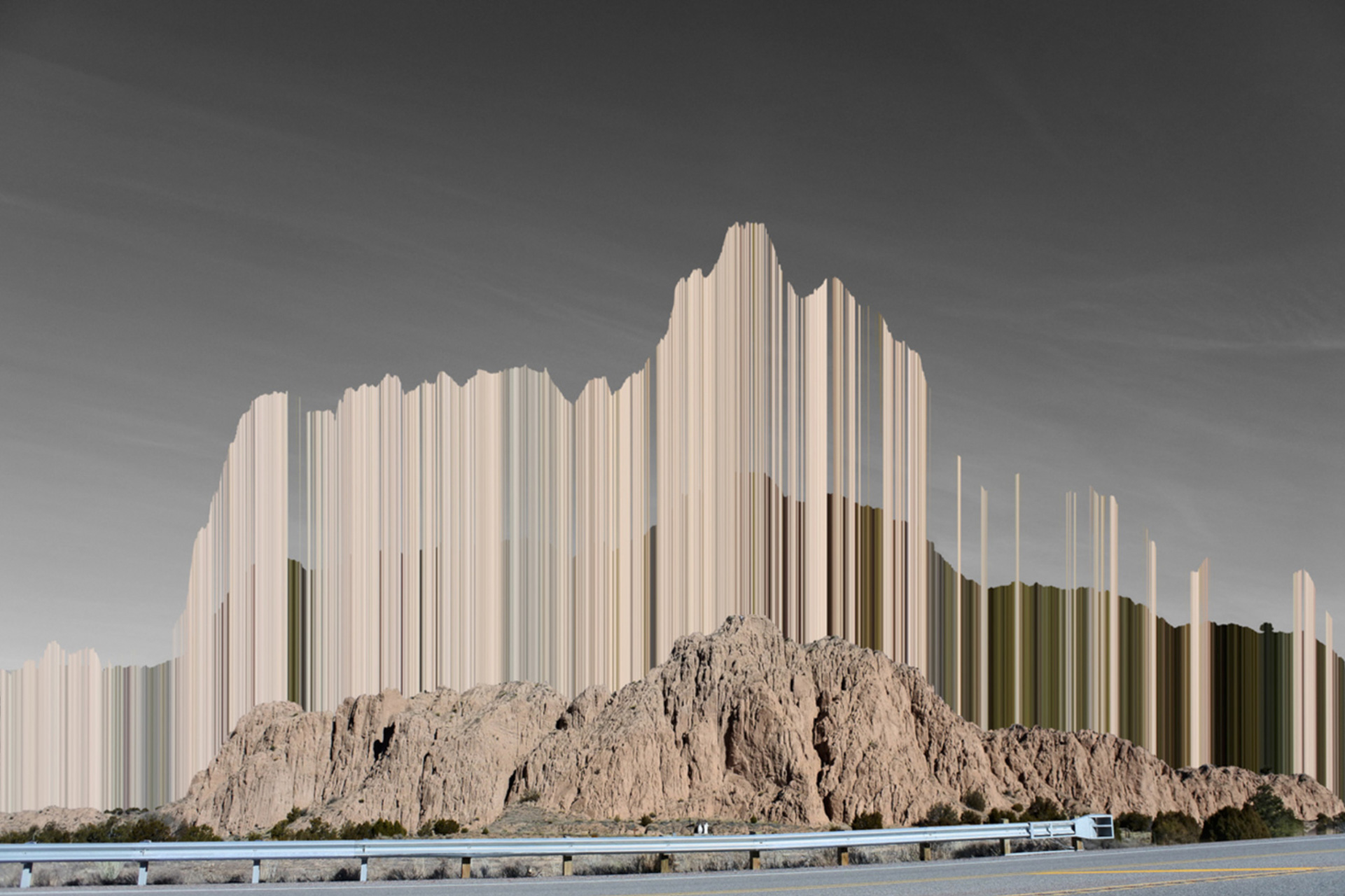 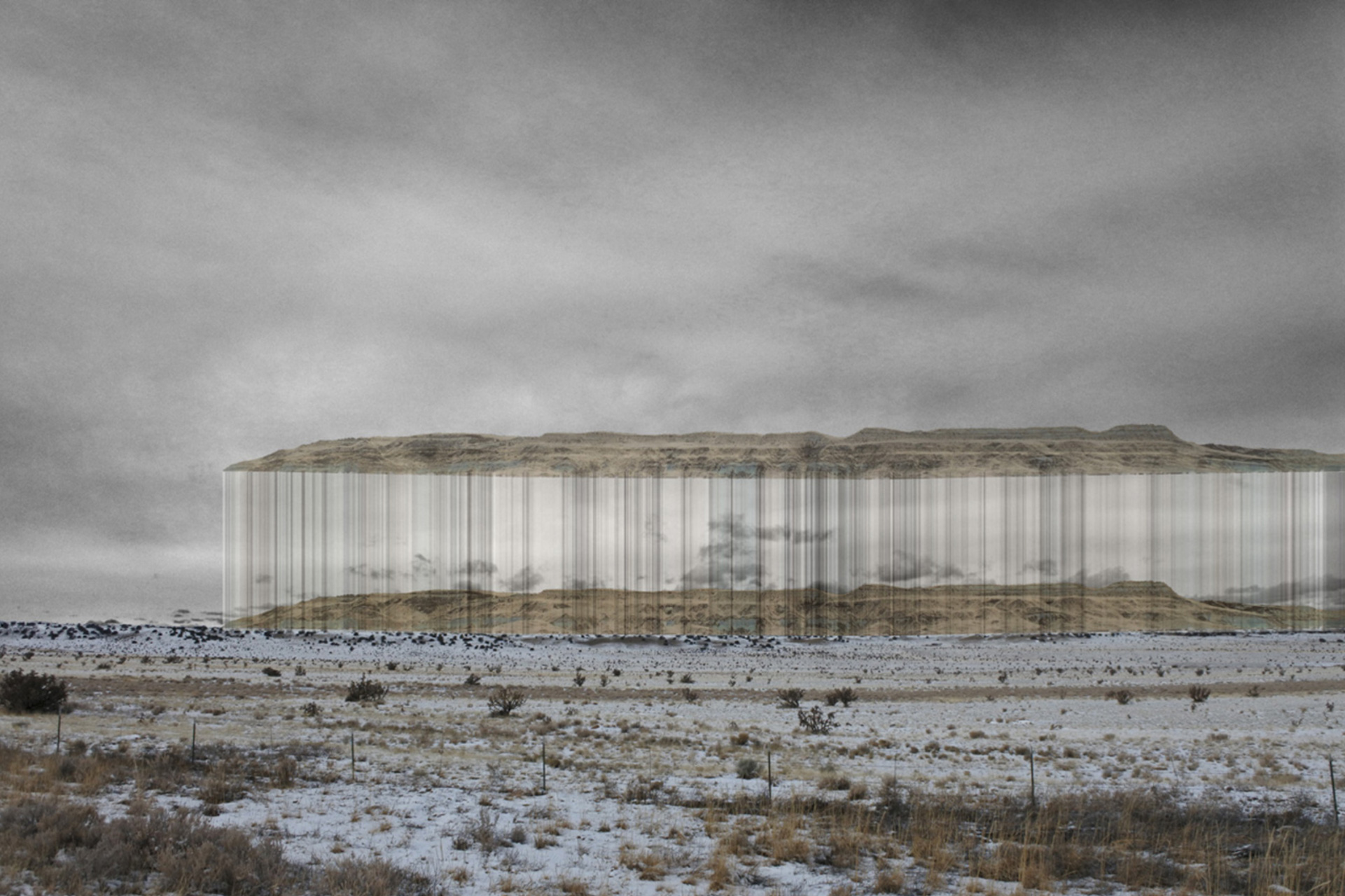 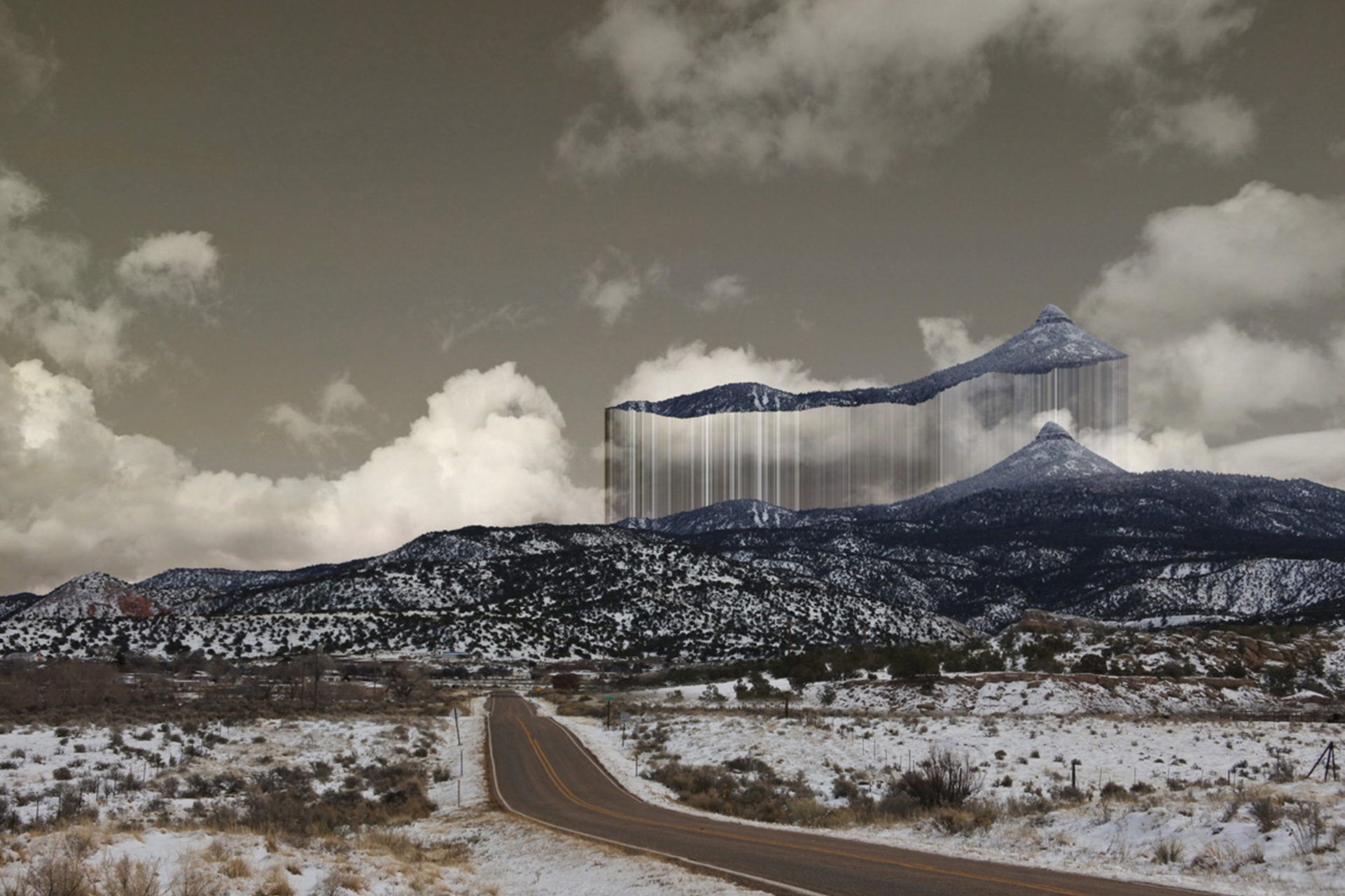 In her latest series Coming into Focus, Ellen Jantzen (b. 1964, USA) brings different environmental surroundings into focus and explores the relationship between one’s consciousness and the change in thinking that results through relocating.

Jantzen writes that she has reflected often about her move from the Midwest to the West, in which there were feelings of displacement and assimilation. In her digital photomontages, she uses layering and blending modes to merge the observed environment with her internal intuition. By doing this, the images reflect her inner state of being and thus, invites the viewer to interpret Jantzen’s current mood in each setting. One image for example, shows rain falling from a cloud against a clear blue sky, and appearing very unnatural. We are left to question whether this represents Jantzen’s discomfort in her new environment as she attempts to understand her latest adjustment.

The resulting series of deconstructed and extended landscapes asks that we rethink land and our relationship to it.