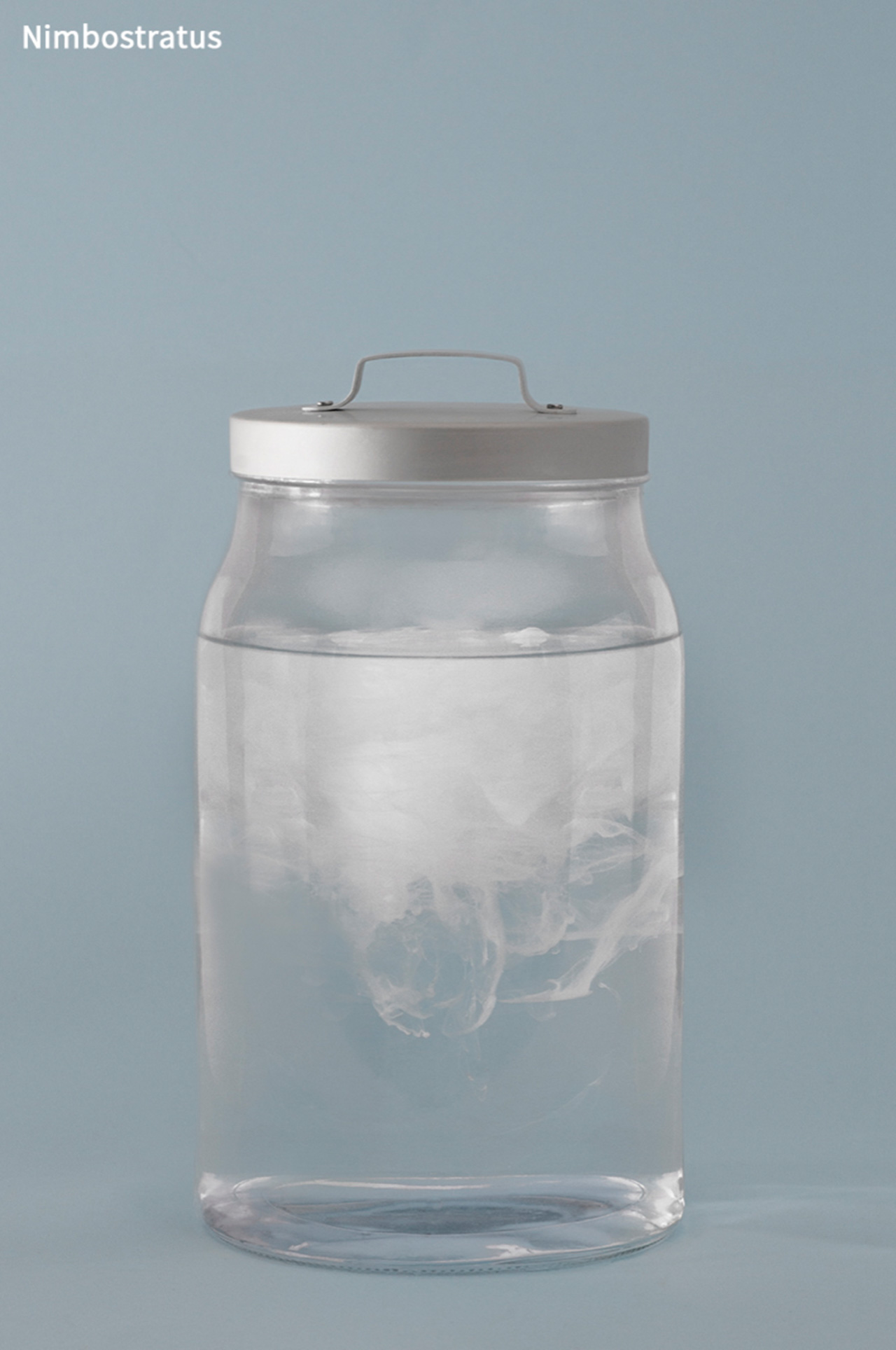 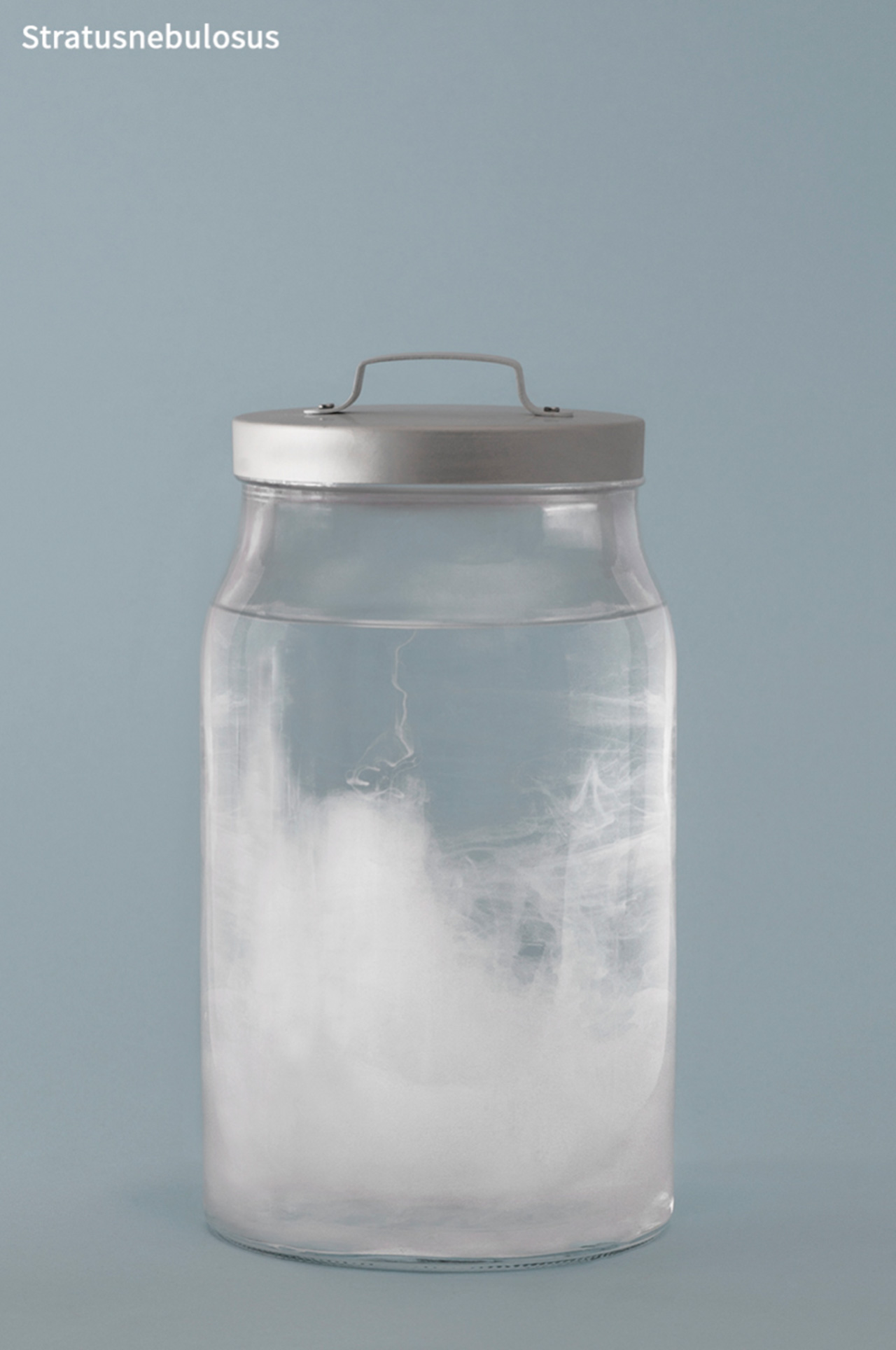 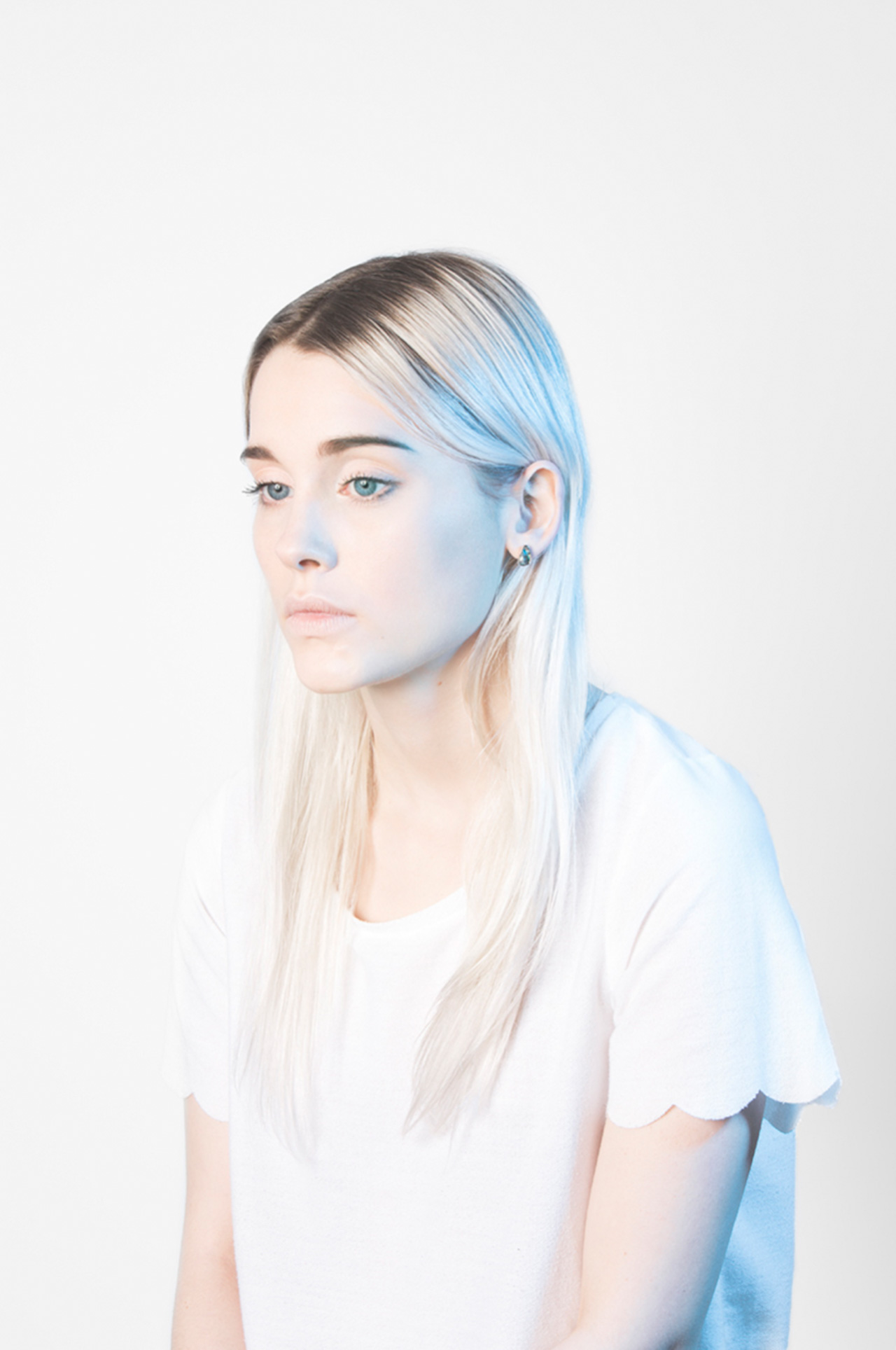 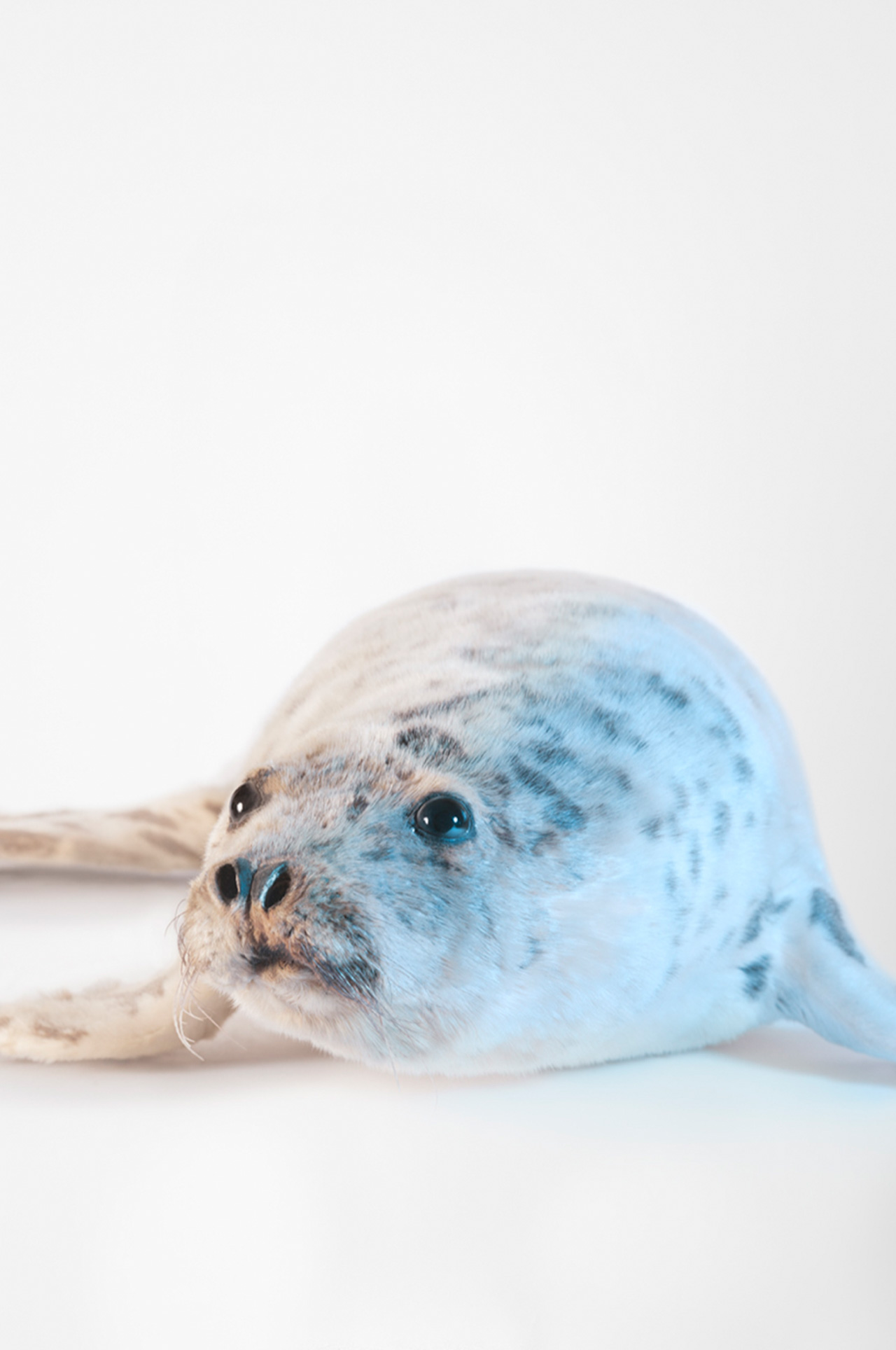 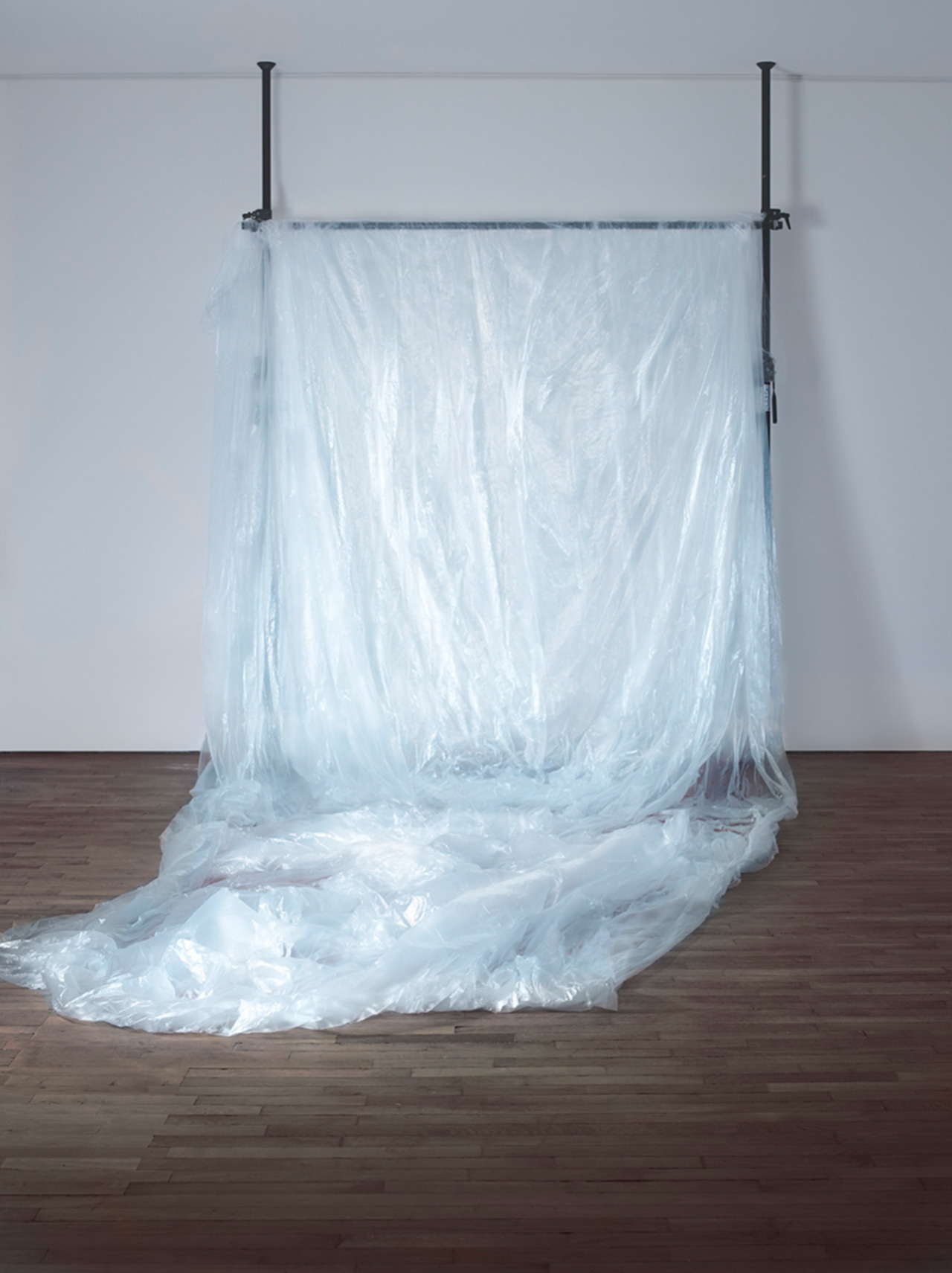 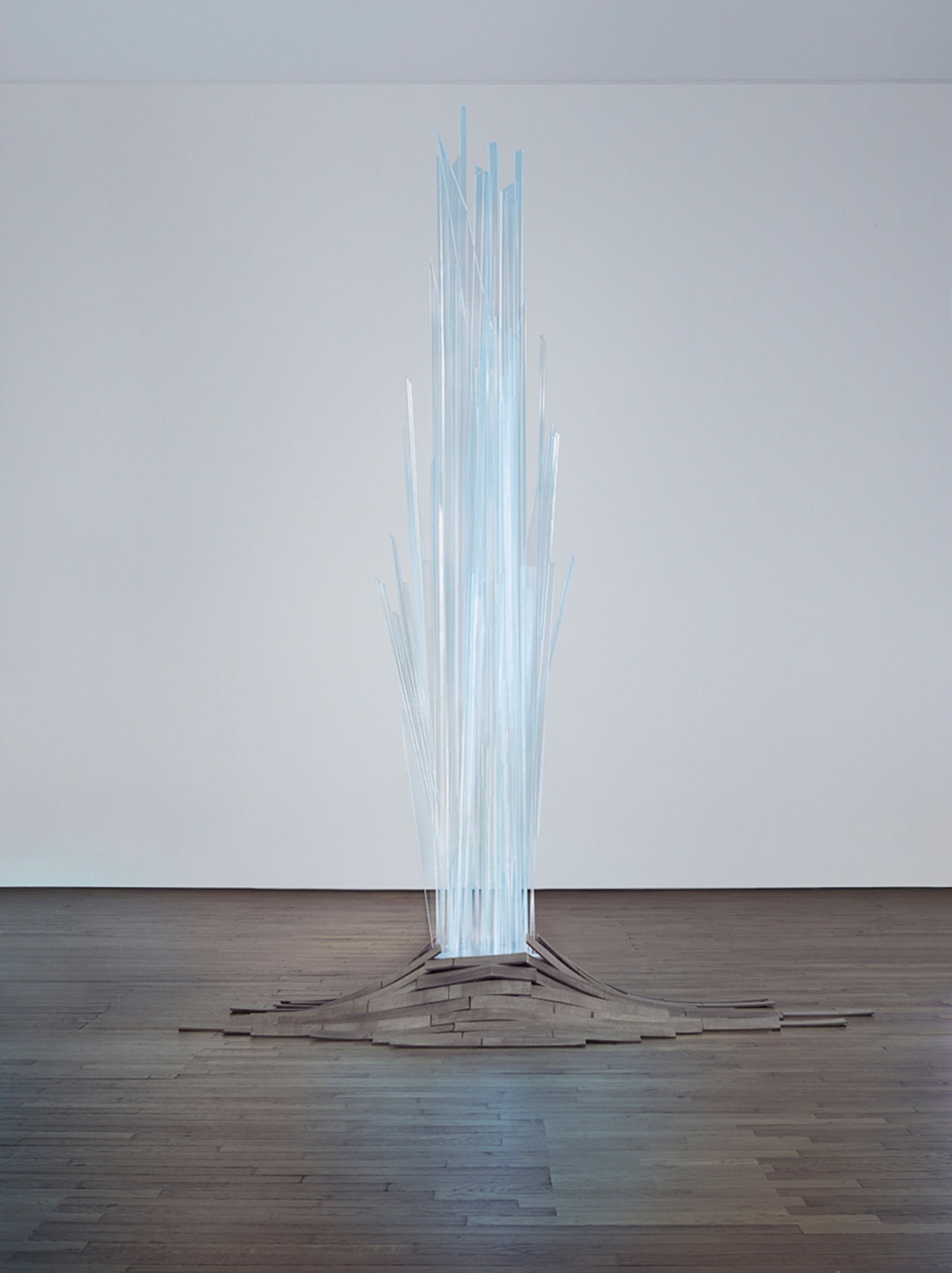 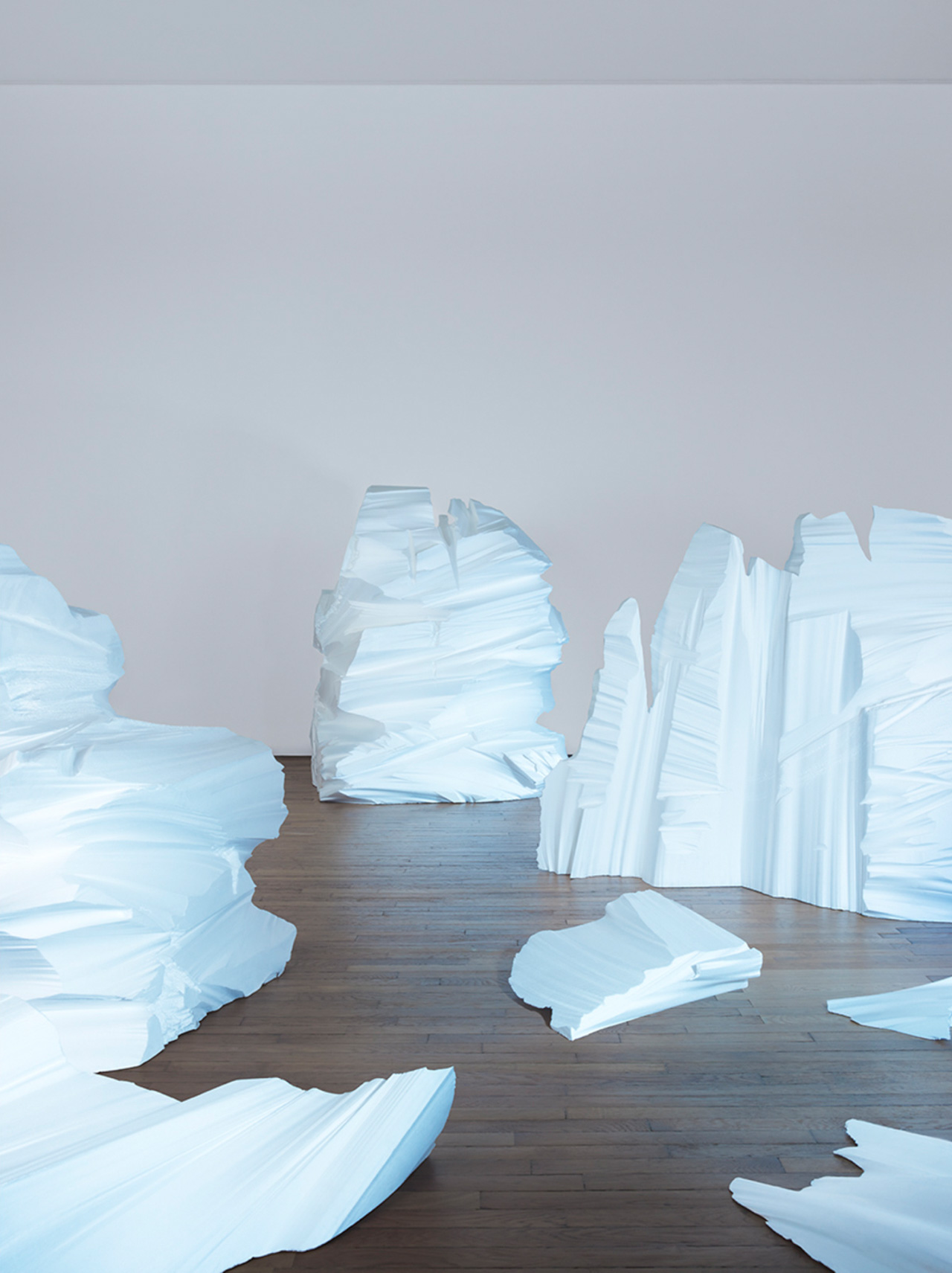 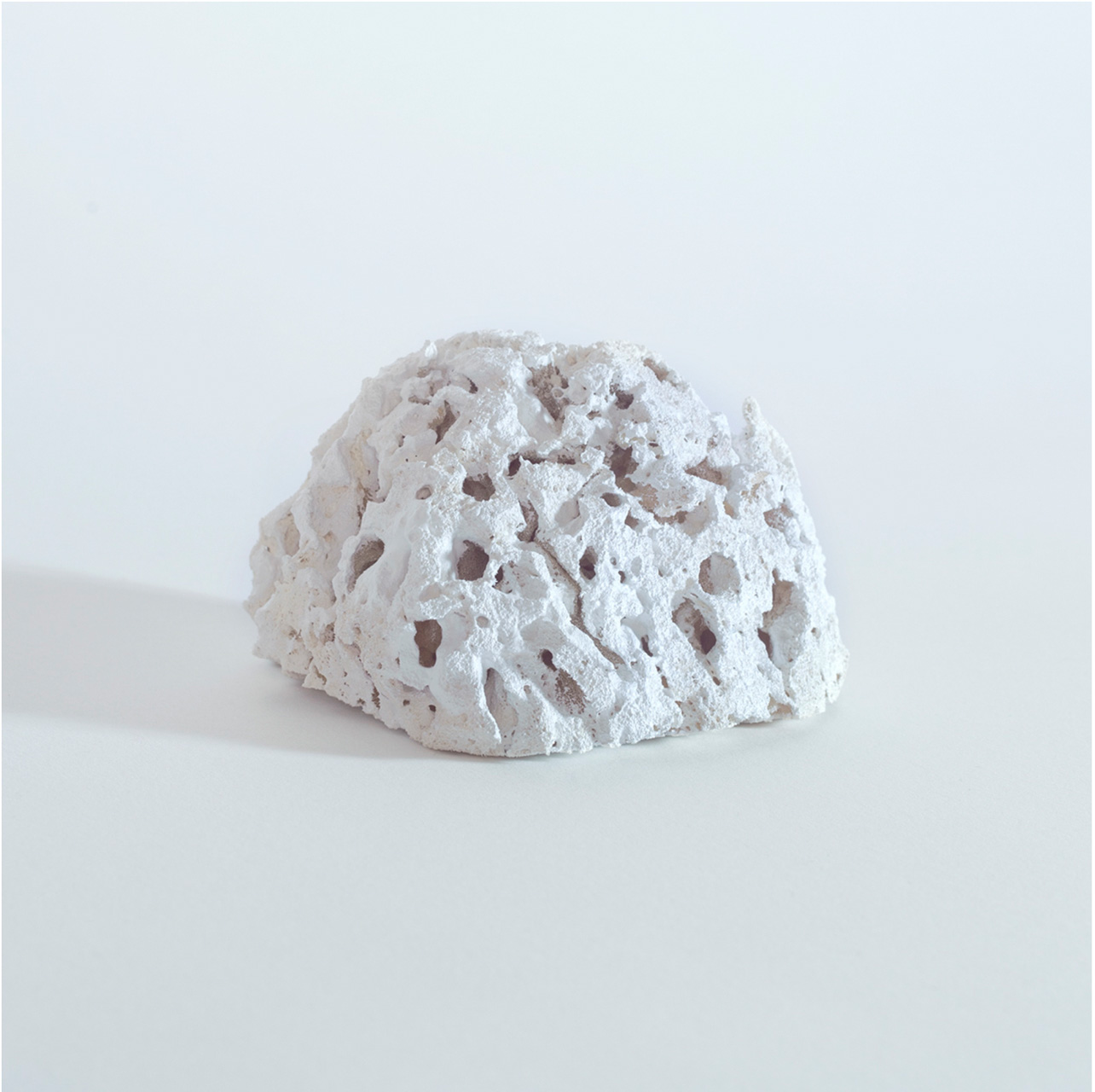 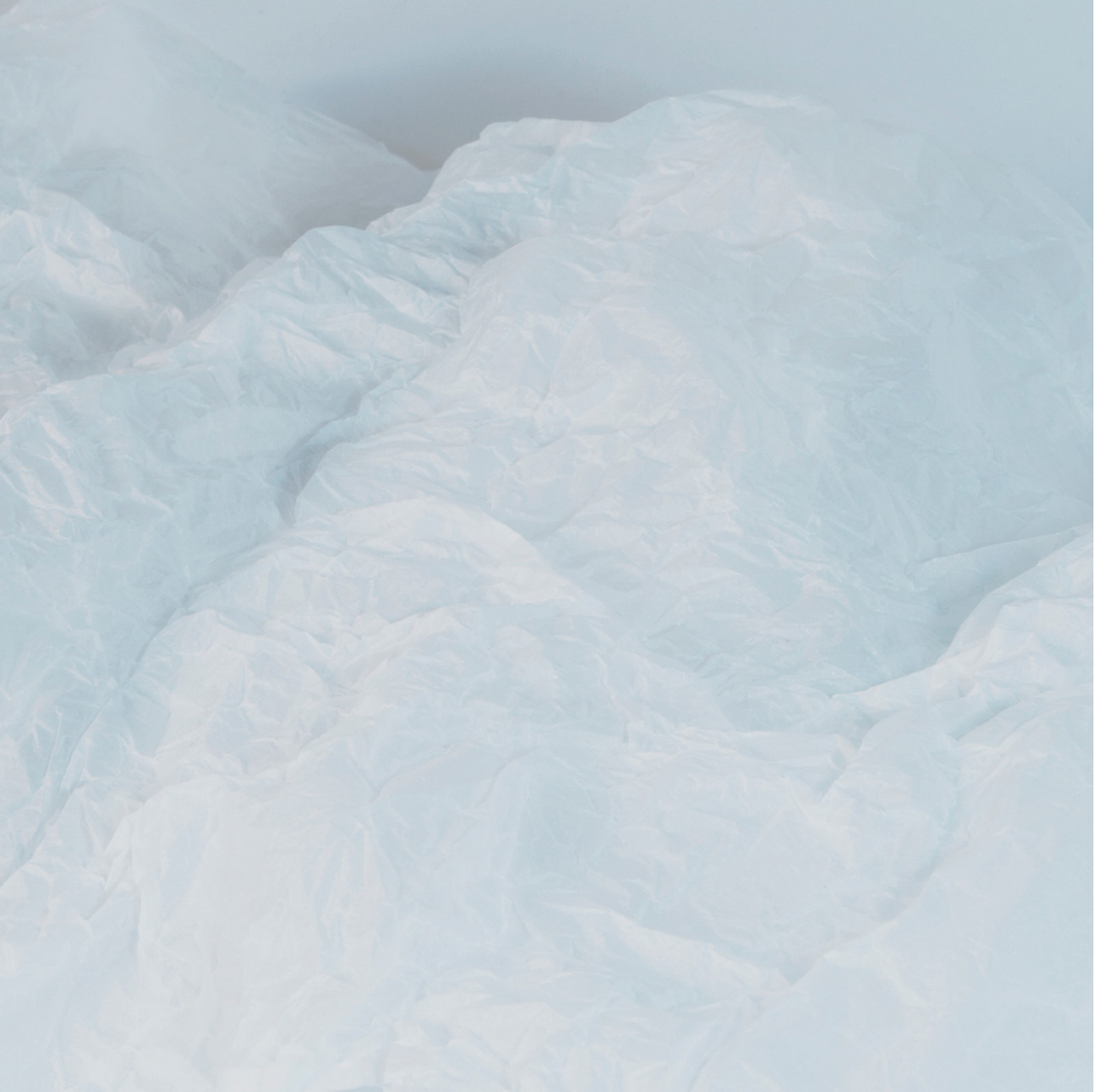 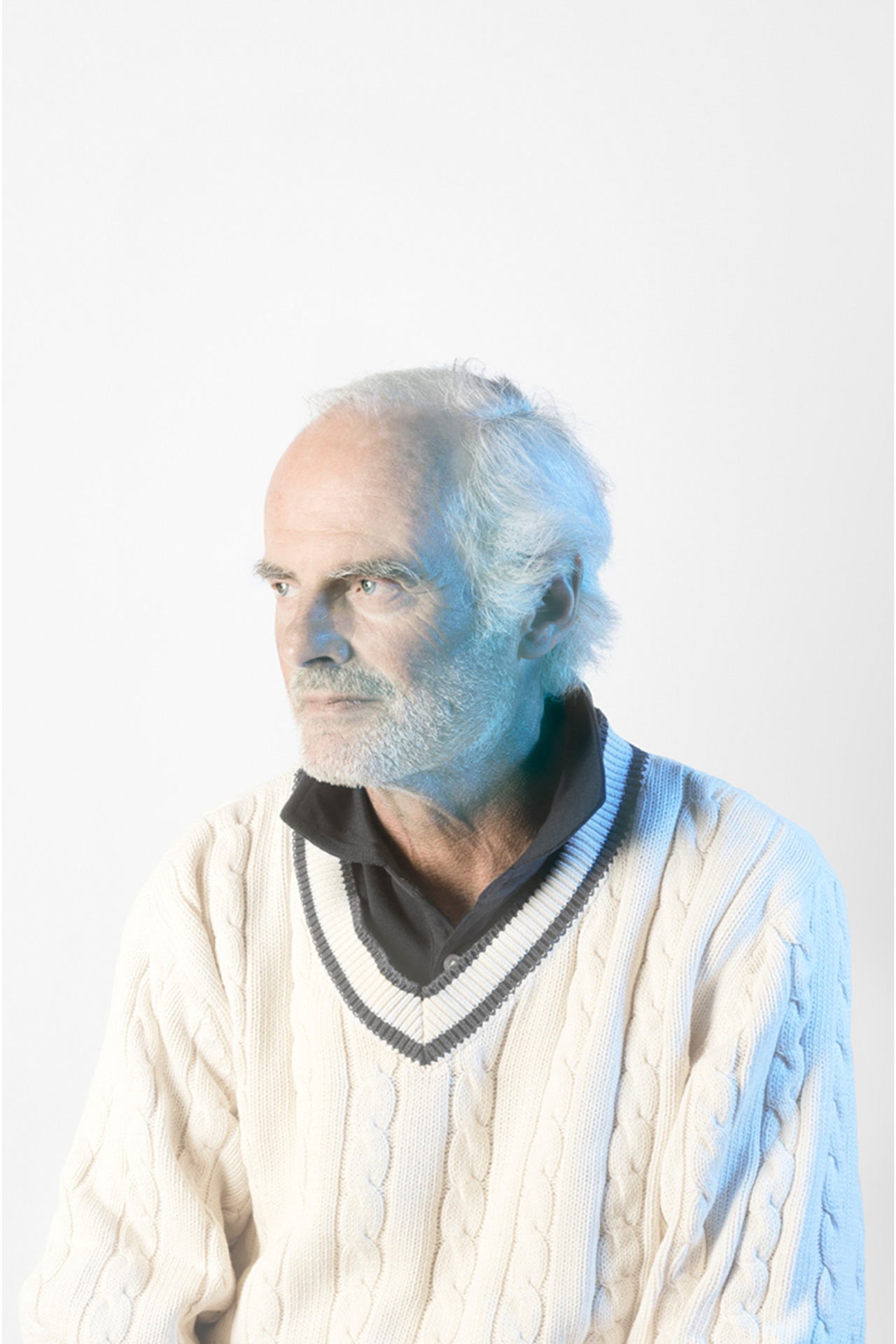 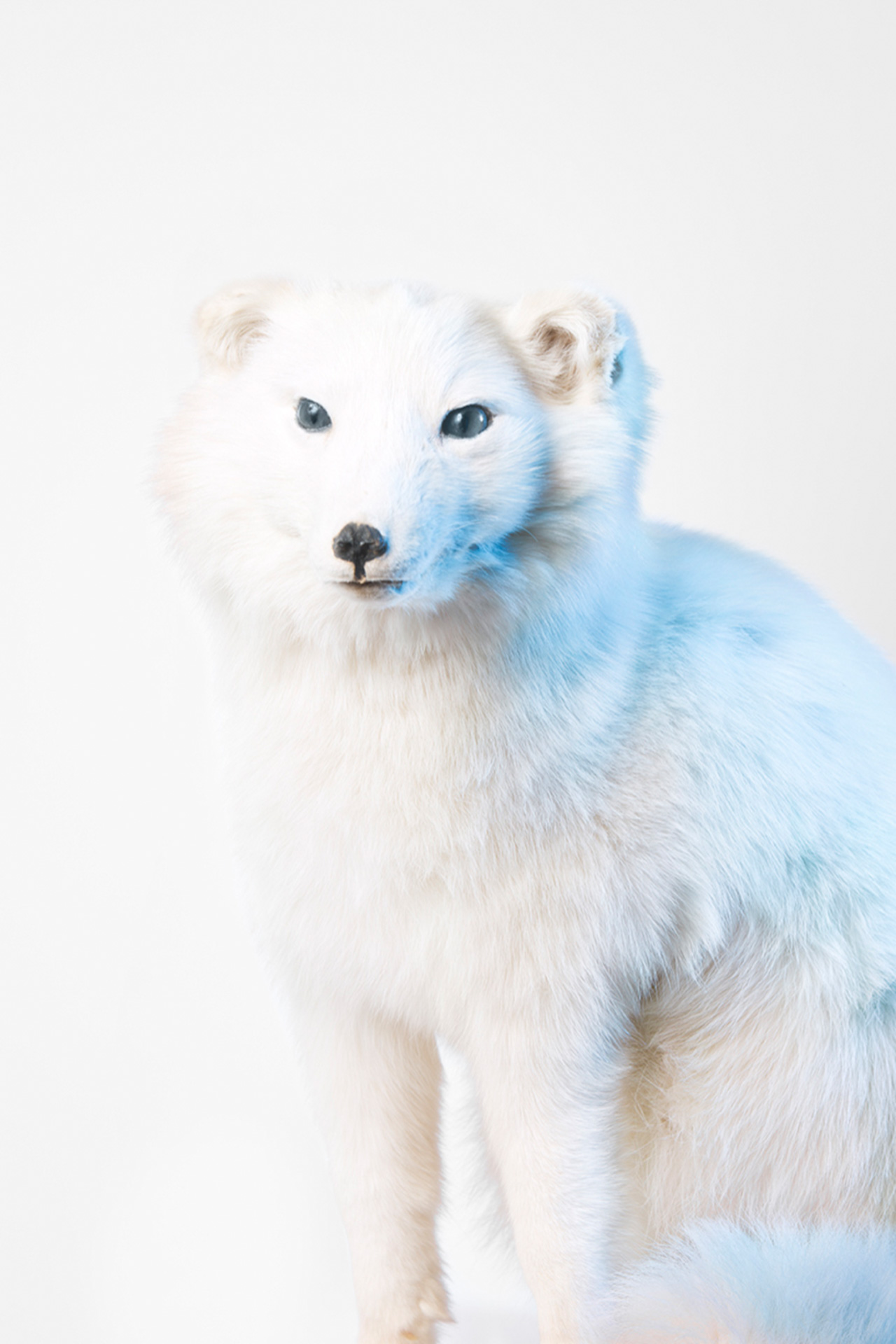 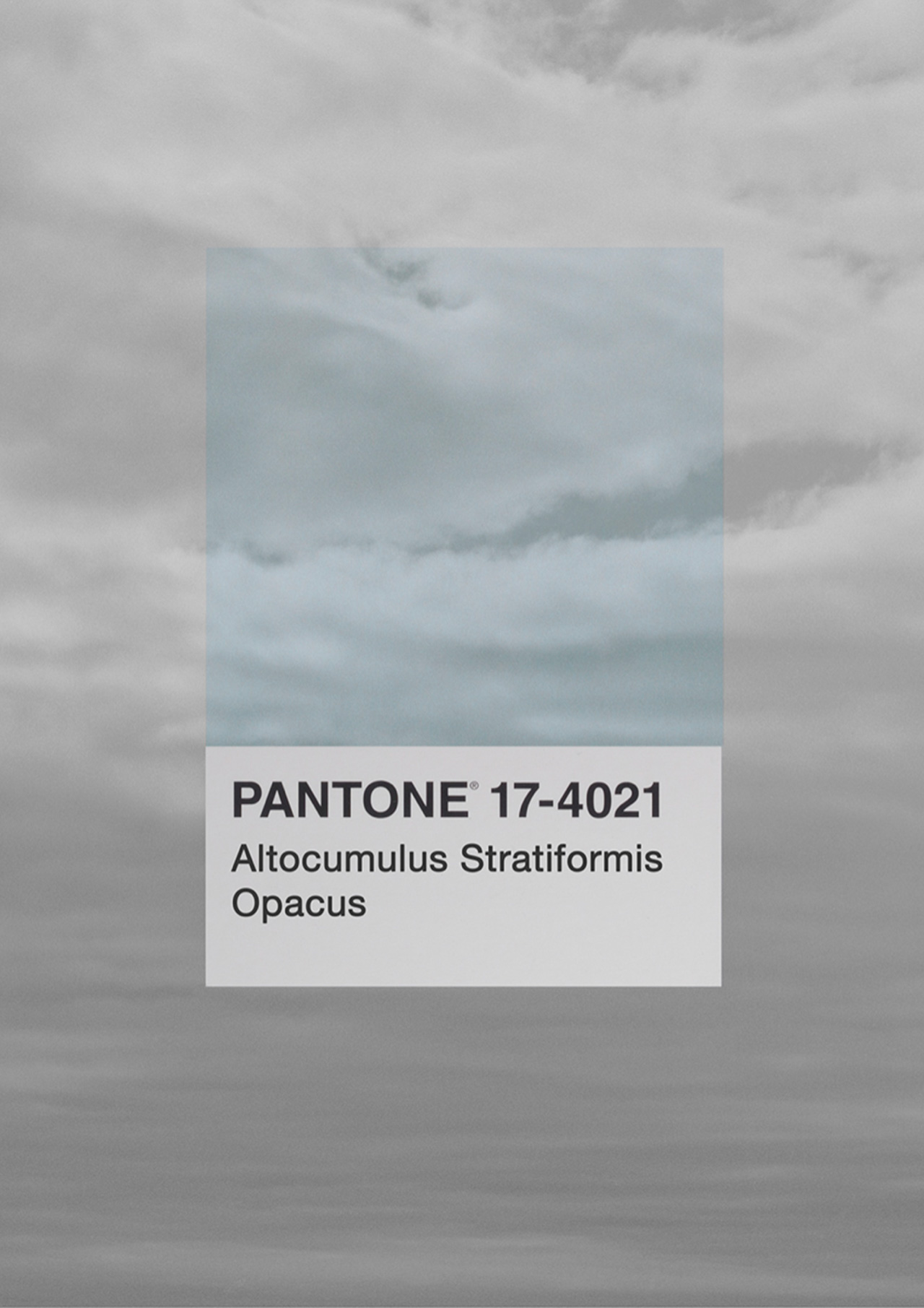 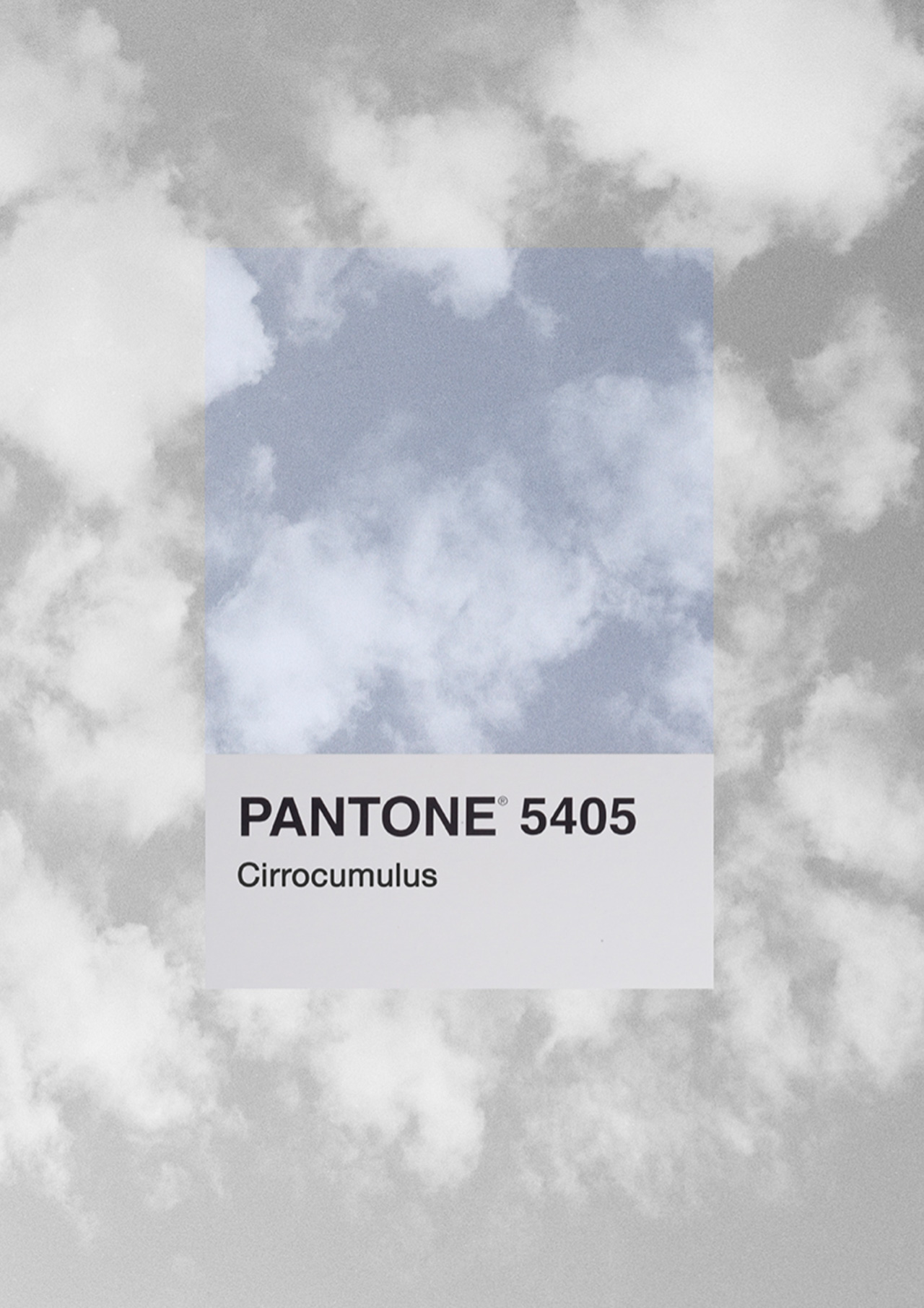 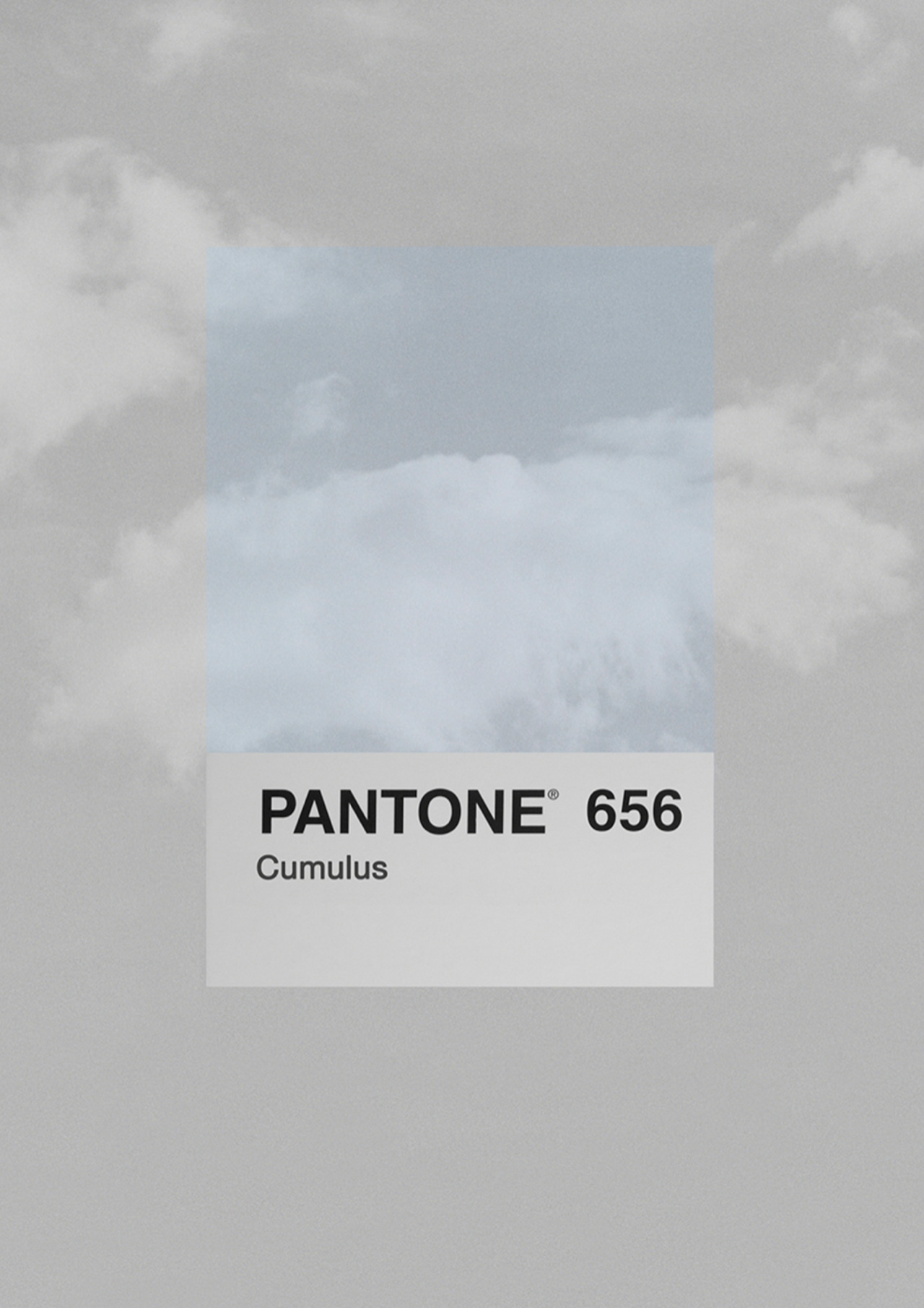 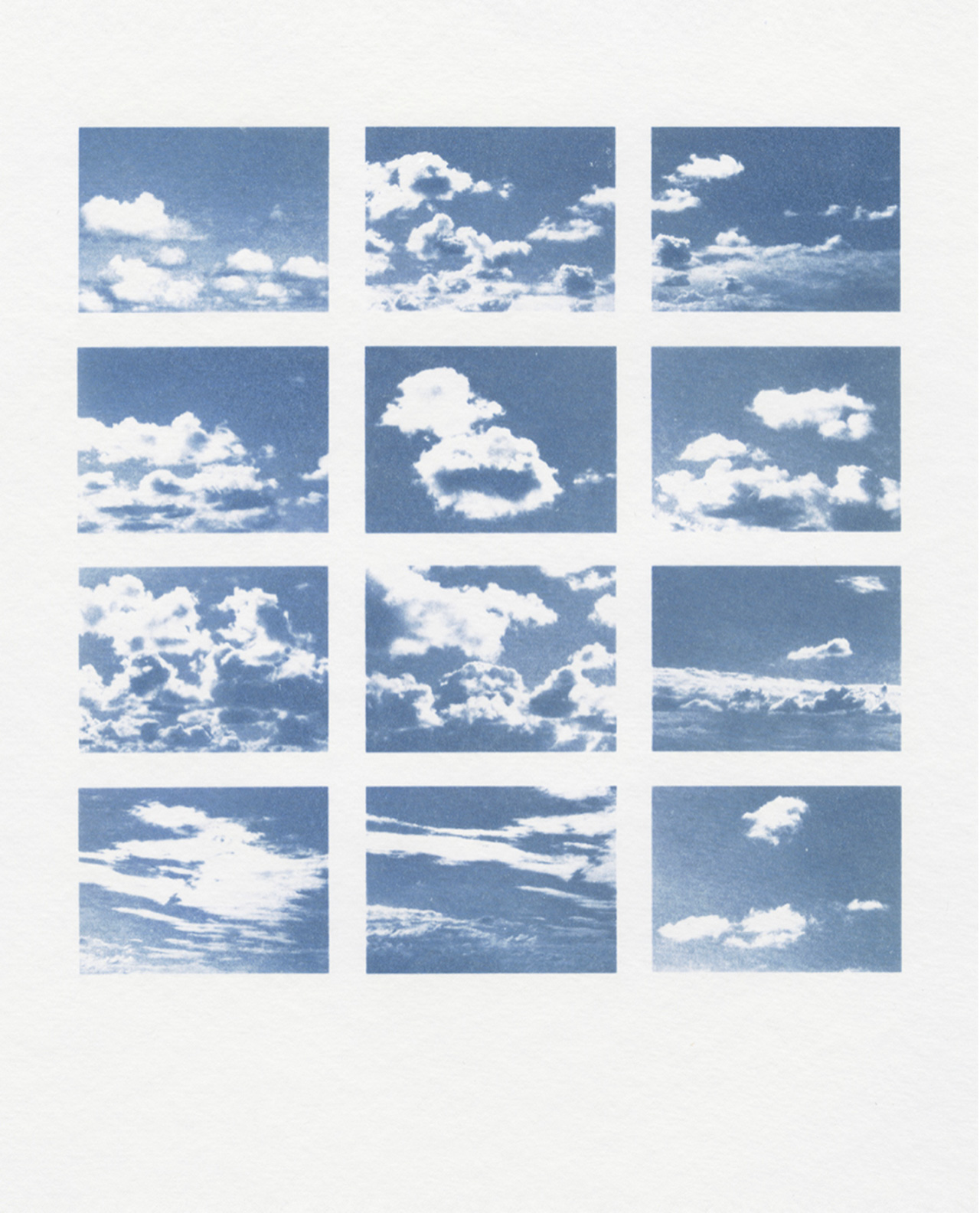 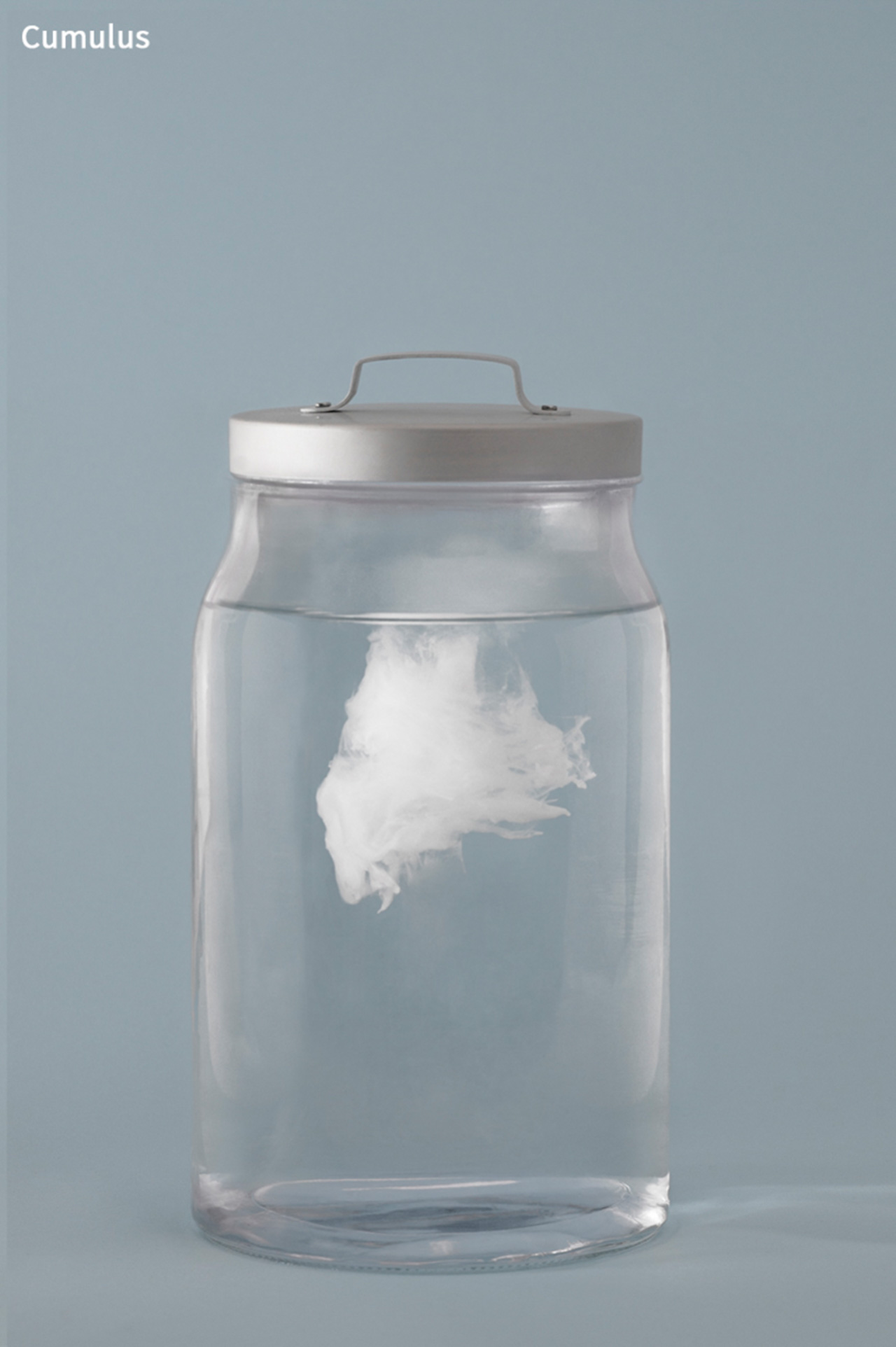 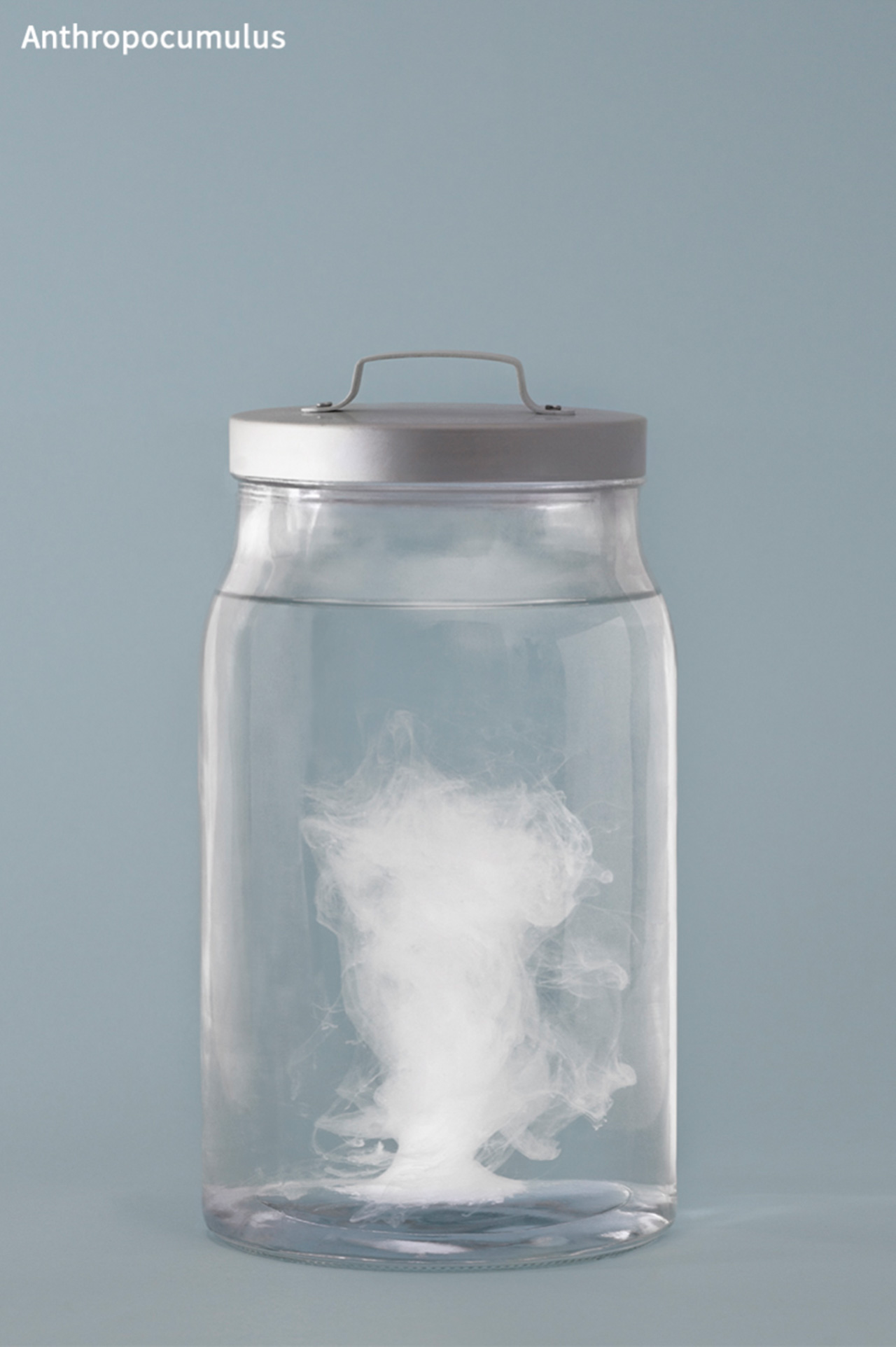 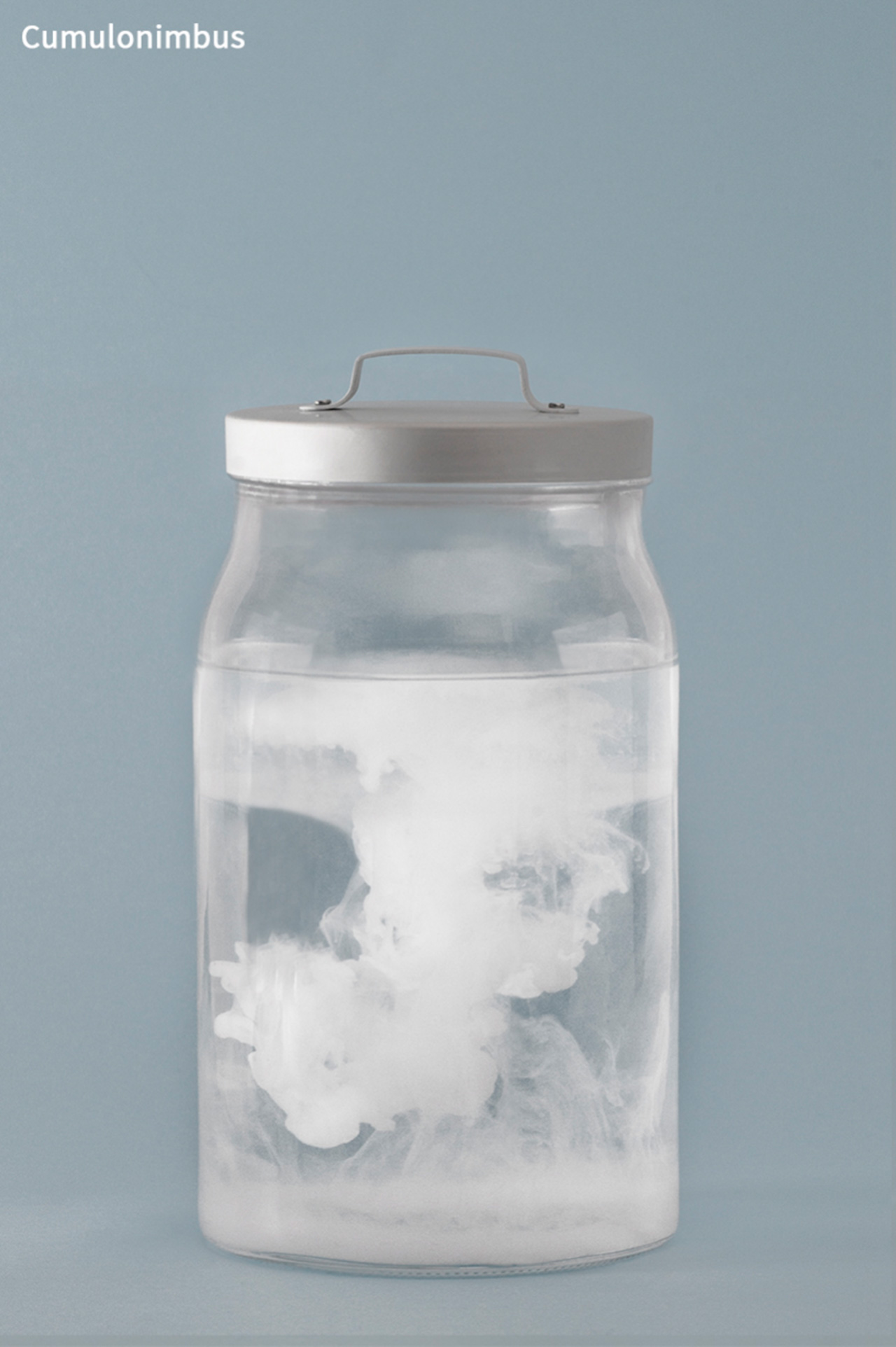 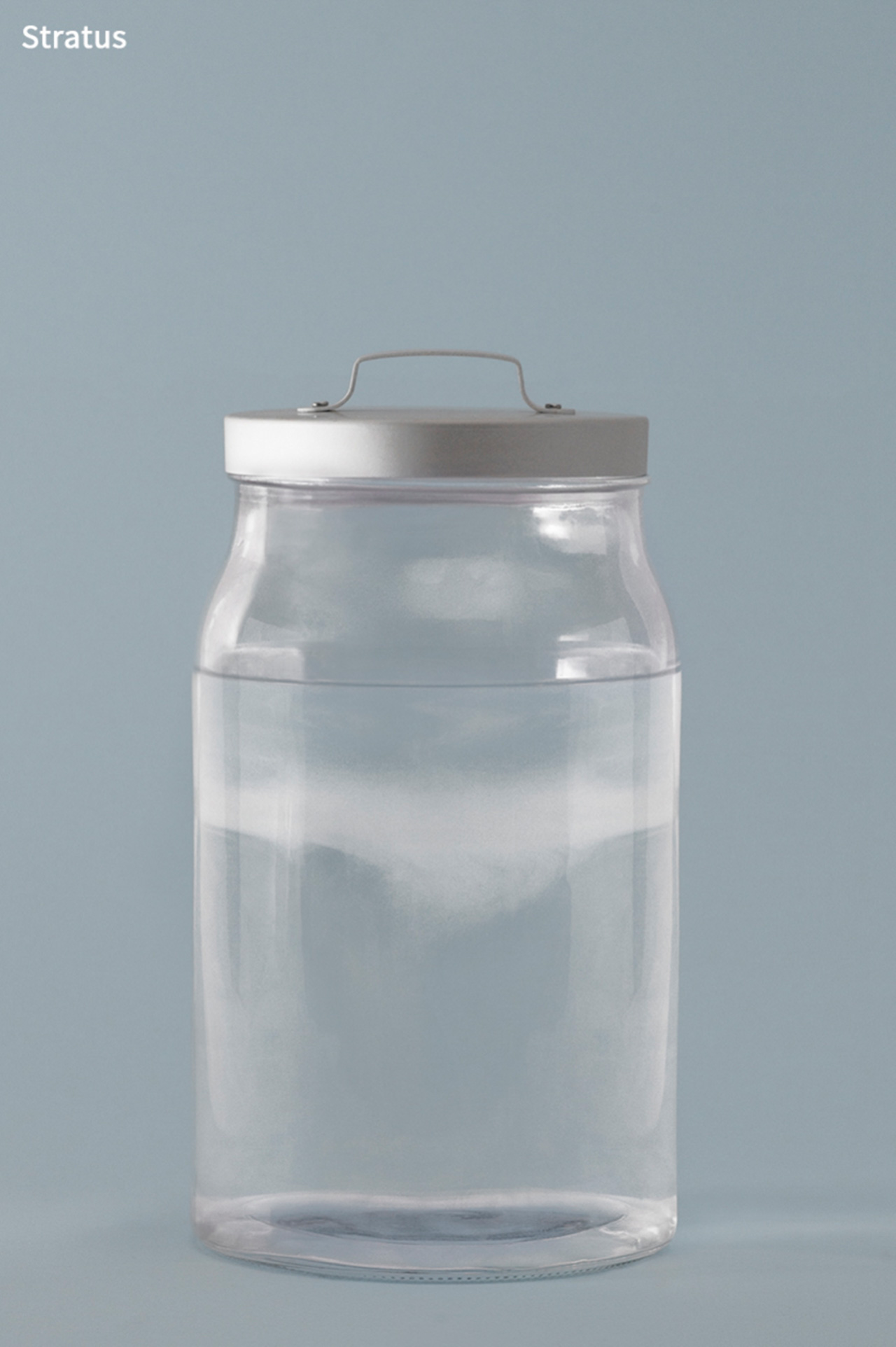 Bleu Glacé, as described by Paris-based artist Manon Lanjouère (b. 1993) is “a ‘scientific’ study that synthetically reconstructs the Icelandic landscape.” Lanjouère studies the volatile Nordic island to inform colour, texture and mood, to design a new reality.

We’re invited to be a part of this process of creation, from watching her swatch colours, to witnessing the creation of vaporous formations in jars that she’s labelled with different cloud types. In a studio, Lanjouère replicates the grand landscapes of Iceland using plastic components. She attempts to immortalize these landscapes as they disappear, but it is obvious that they pale in comparison to the real thing. She’s creating a world that can be contained; in her words, it’s a world for a “lounge traveller”. A contained, clinical experience.

Isolated objects, animals and people appear cold through the series, icy and cast in blue. Lanjouère’s images are frozen in time, a pristine fictional world extracted from the artist’s imagination to last for eternity.