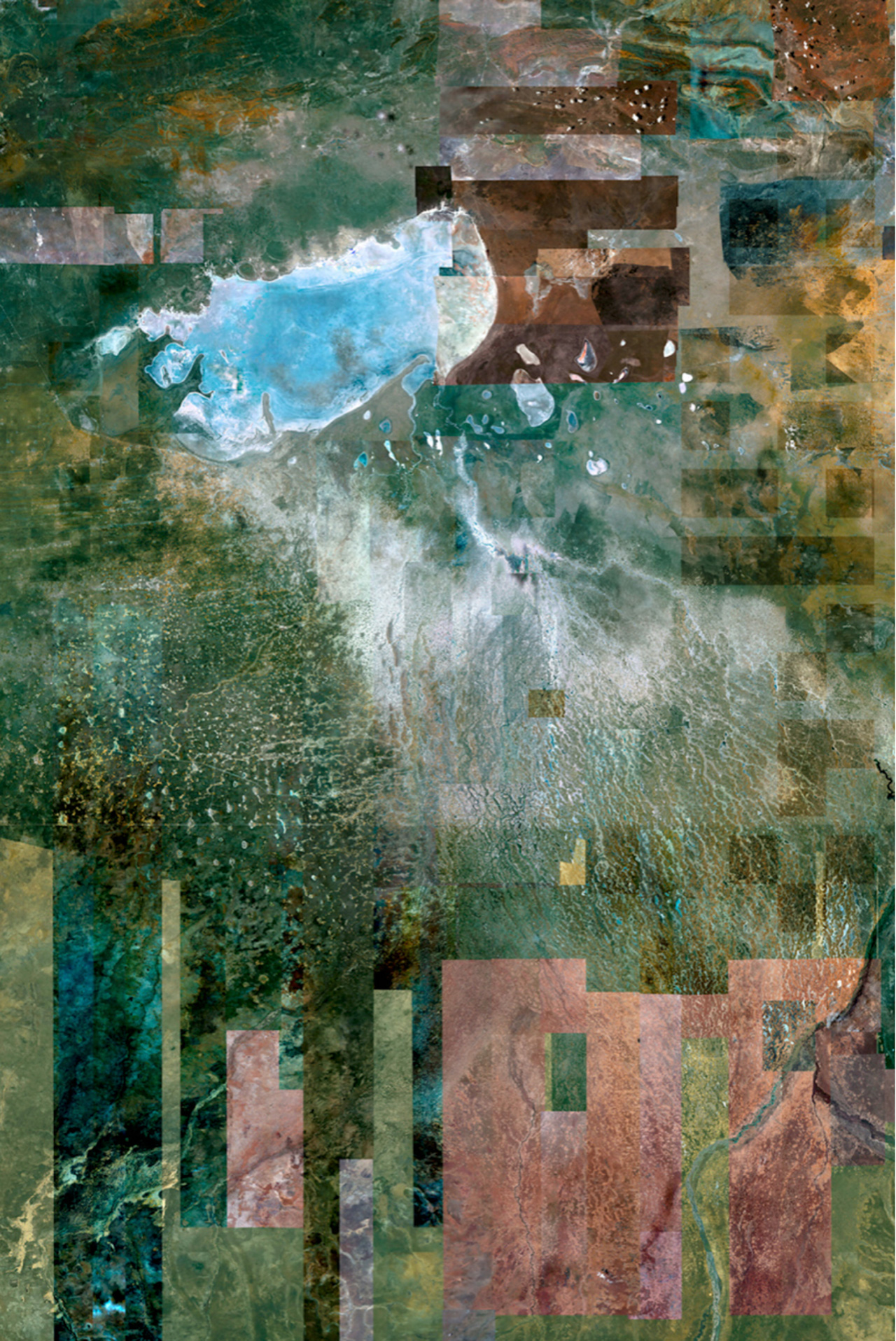 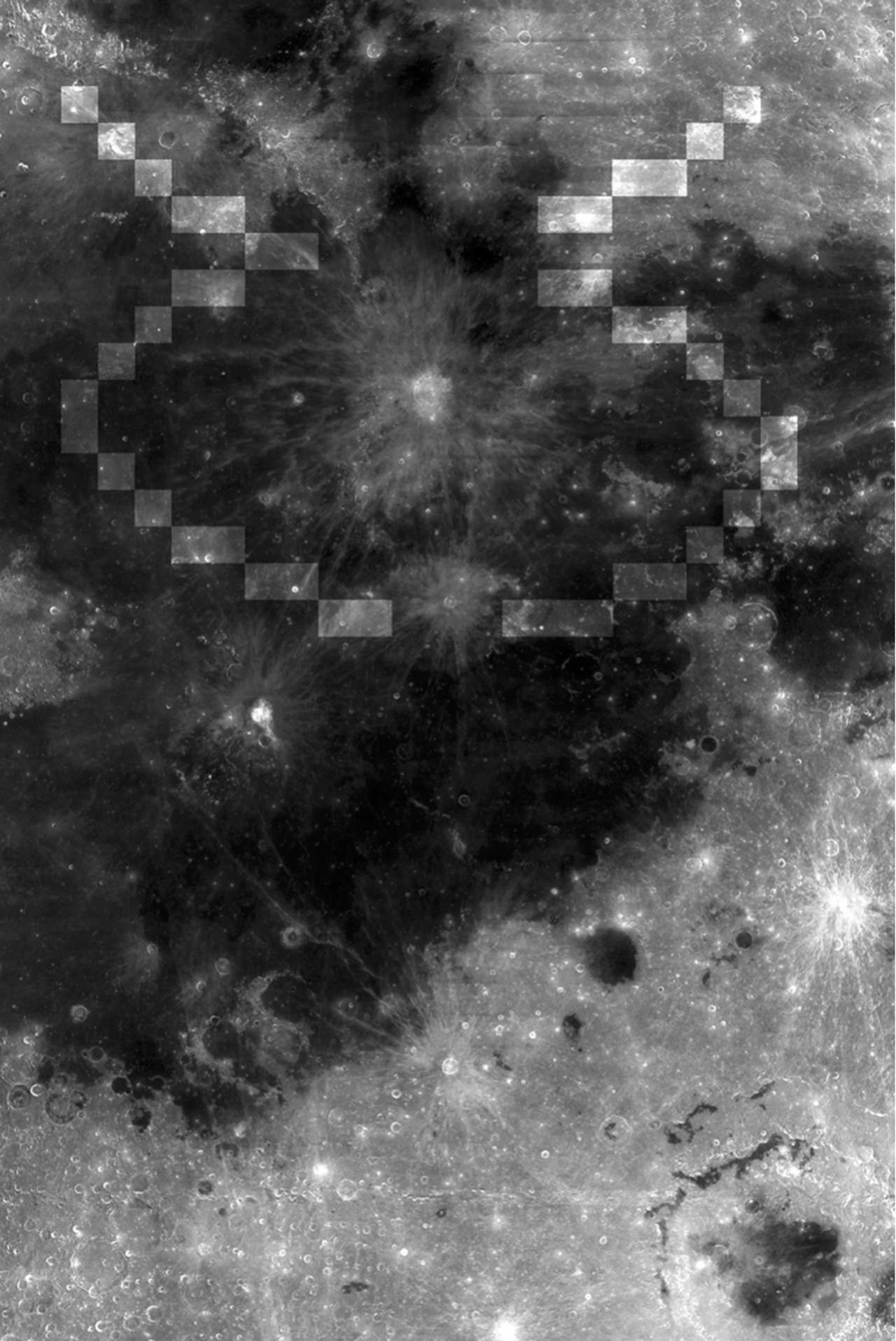 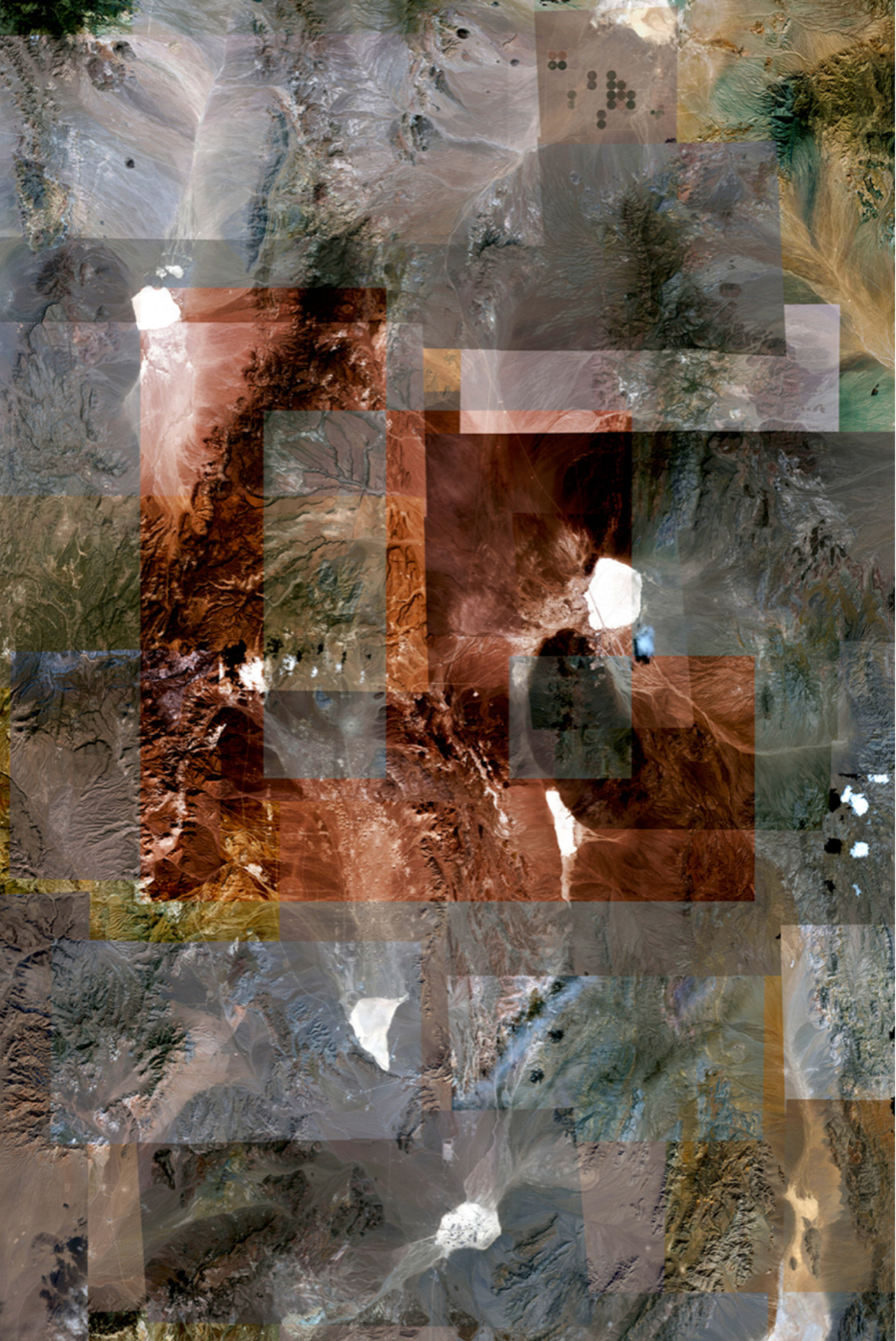 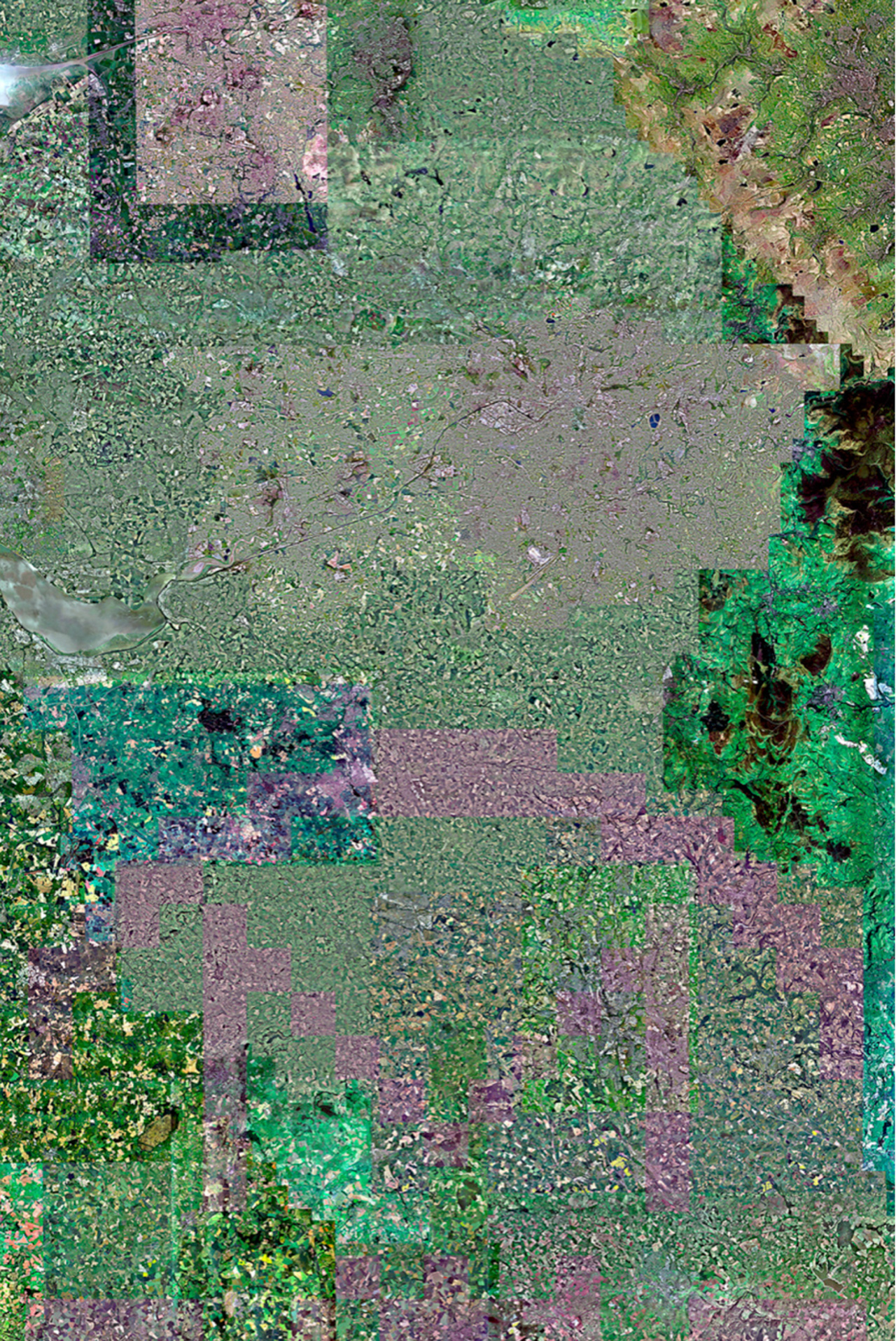 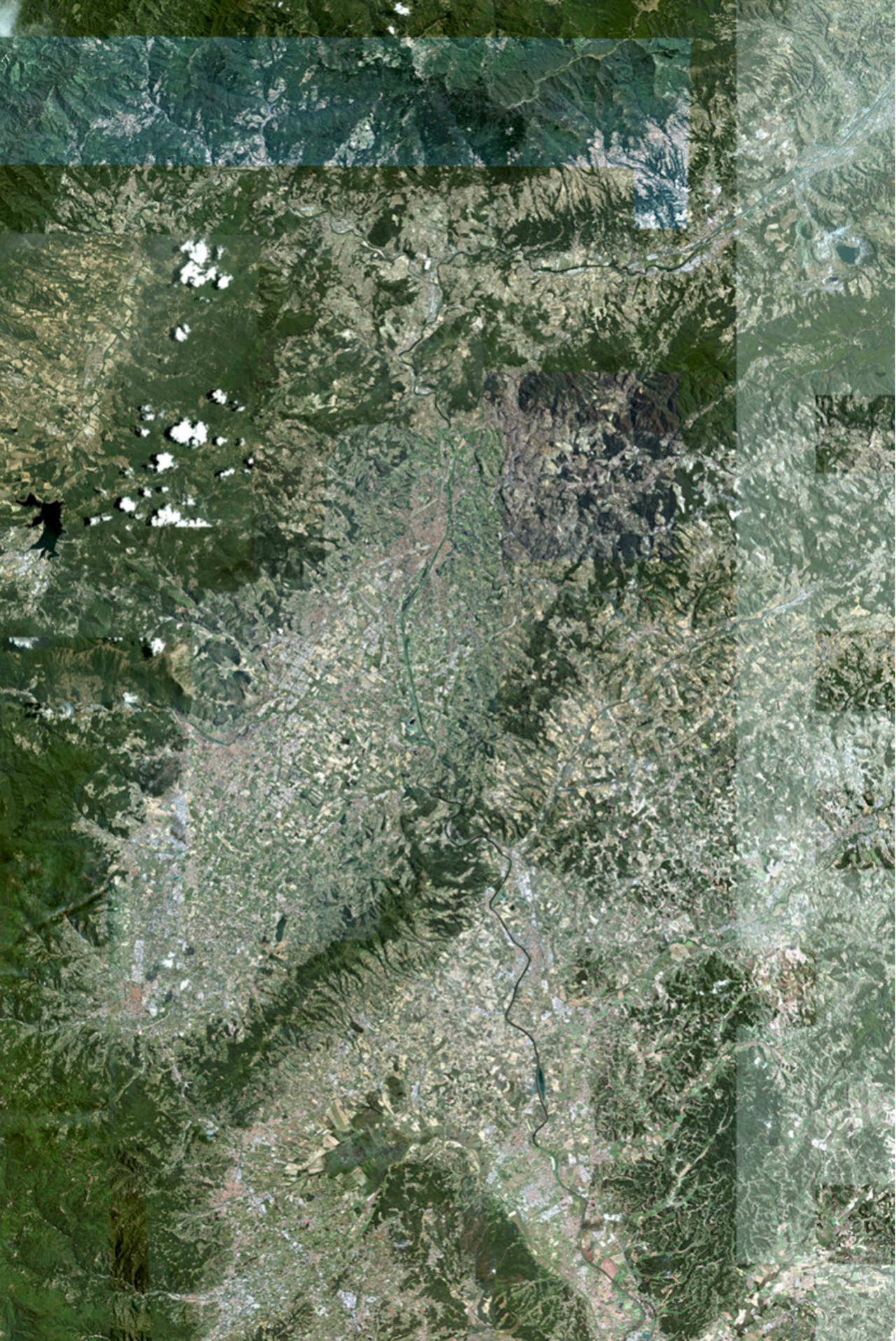 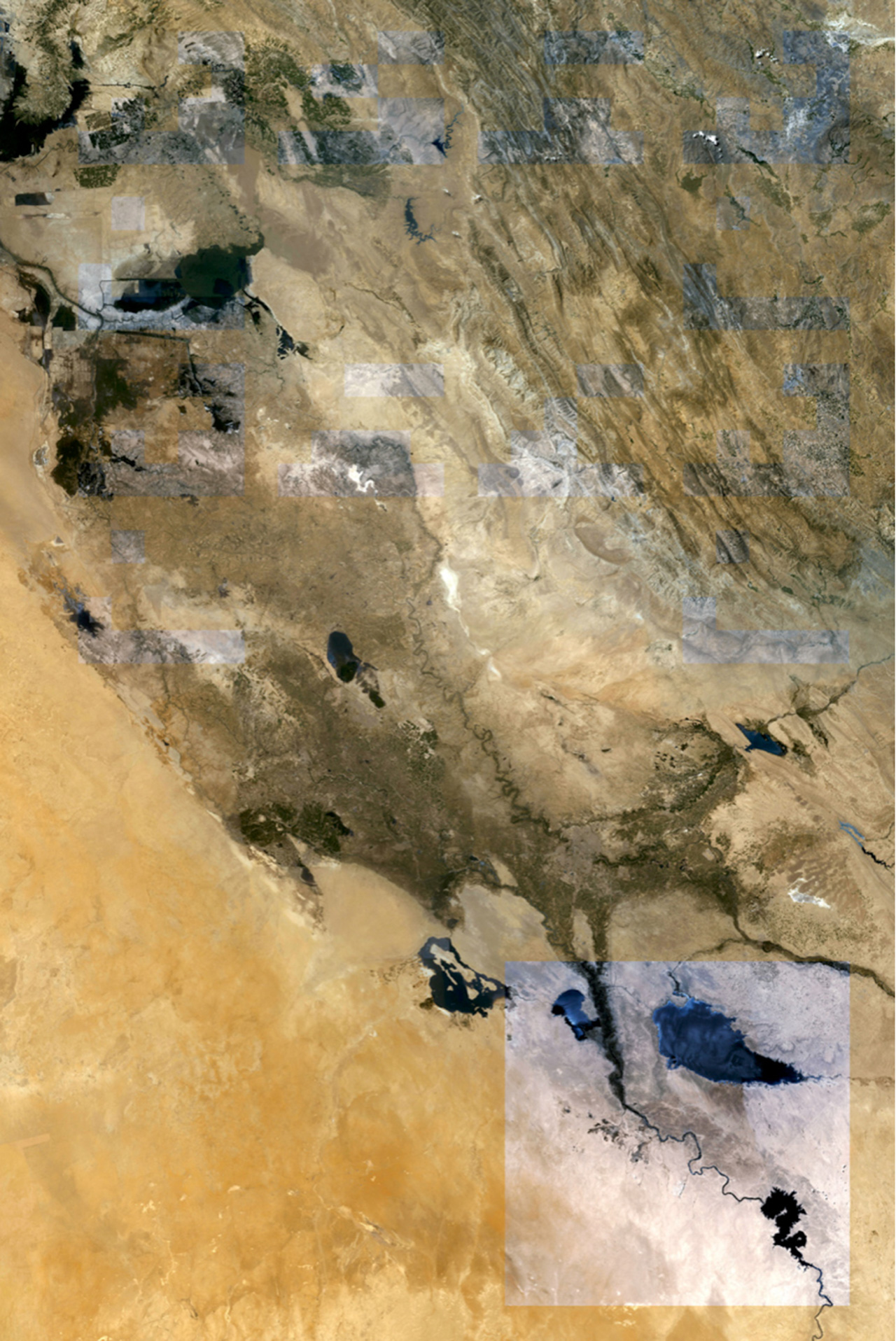 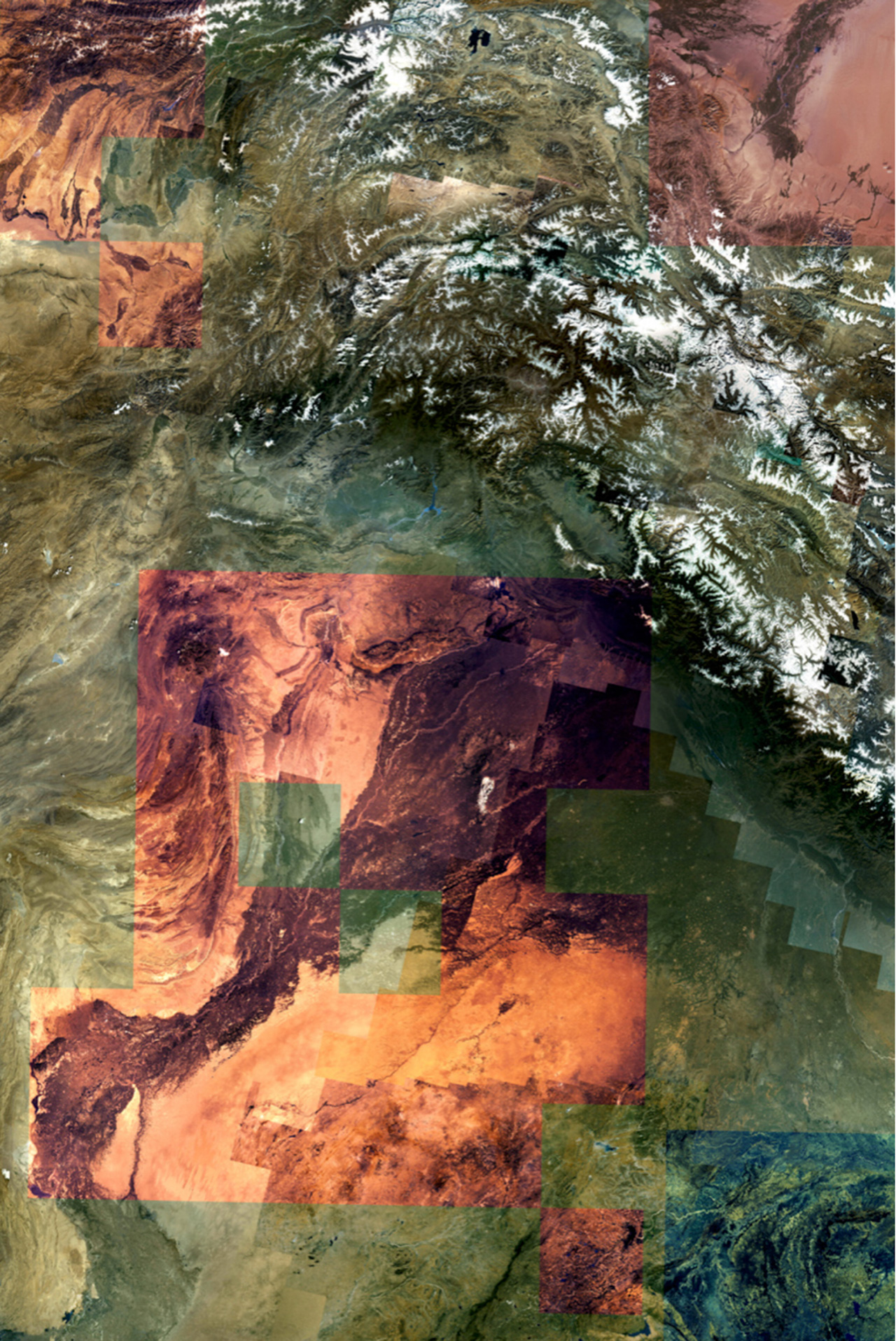 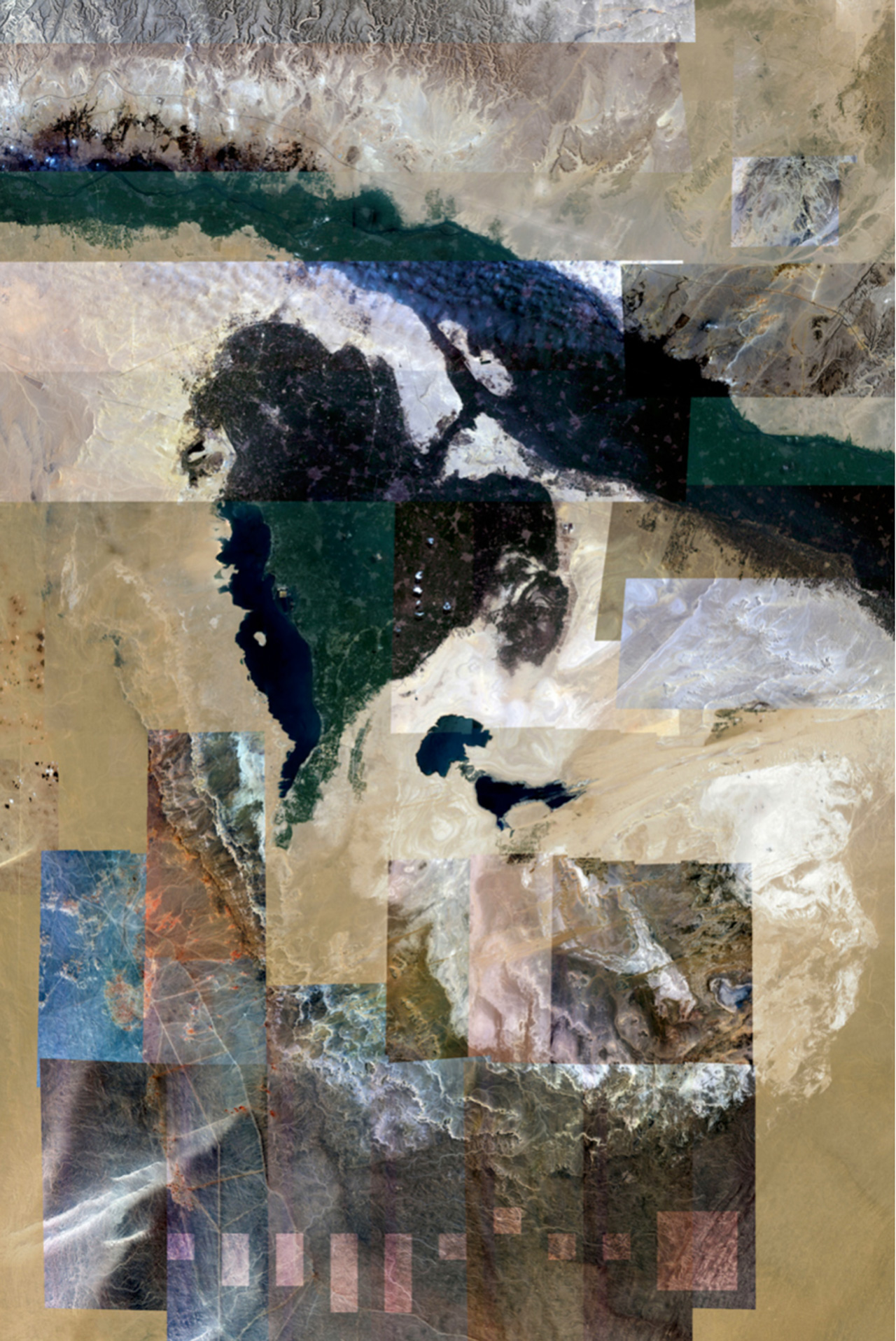 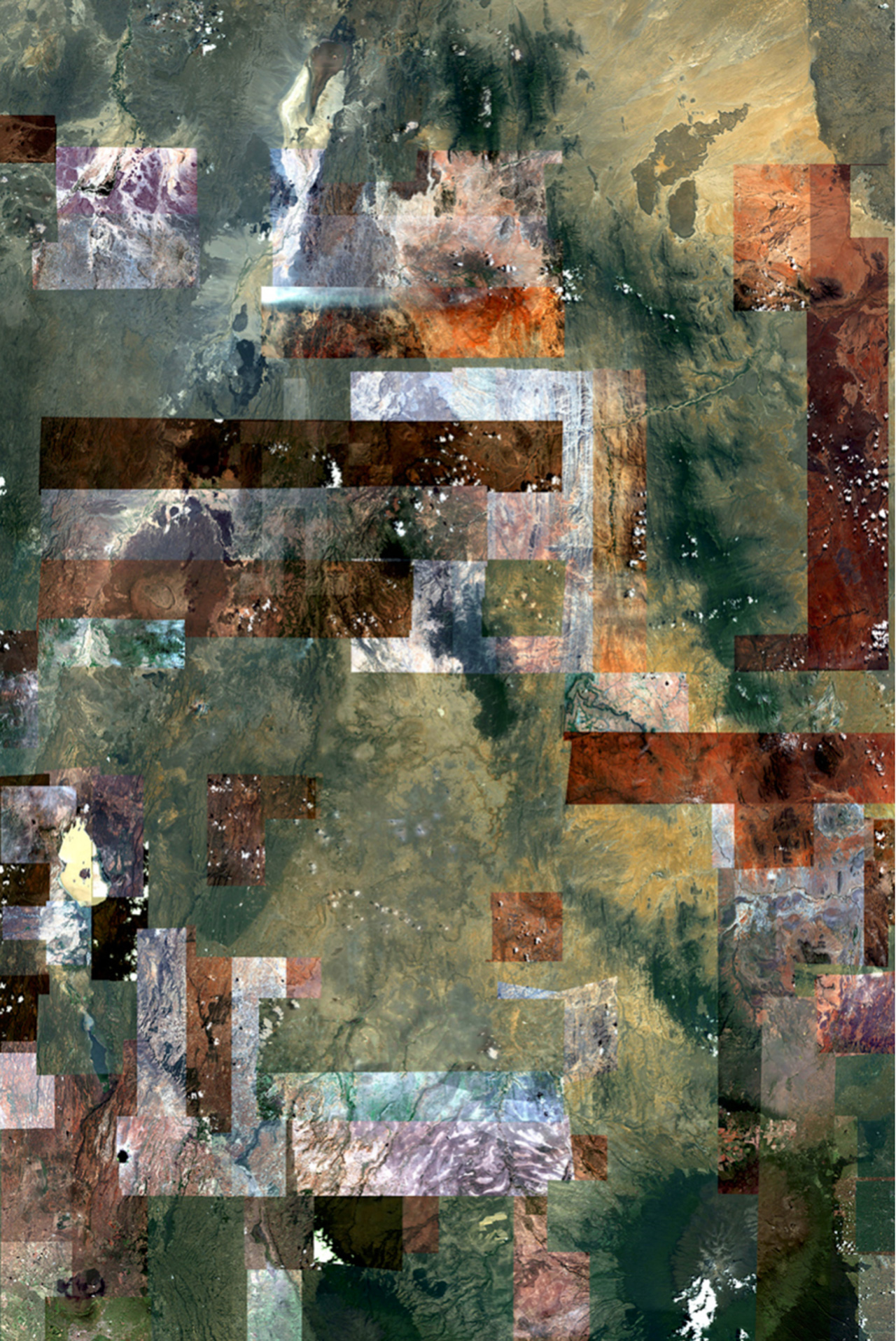 The Arecibo message is an interstellar radio message, broadcast into space in 1974 with the aim of reaching out to extraterrestrial life. The binary message was aimed at the current location of the star cluster M13, some 25,000 light years away, meaning that by the time the message arrived, the star cluster will no longer be there to receive it. The real purpose of the message, therefore, was not to make contact but as a demonstration of humanity’s capabilities.

In his series Arecibo, Dublin-based photographer David Thomas Smith (b. 1988) pays visual homage to that original message, and reflects on the birth of humanity, our growth and evolution.

Smith constructs his series on the basis of nine significant moments in human history, from the location of the birth of man, through the bronze and iron age, to its current in-progress state, the information age. Each image is created as a composite of thousands of JPGs from Google Maps, showing landscapes of an evolving world from an extraterrestrial scale and viewpoint. The resulting images are distorted by changing patterns of light, both natural and man-made, as well as Smith’s encoding of the Arecibo message itself in the images. Seen from afar, both in time and space, we are left to ponder humanity’s development as one small species in an infinite universe.