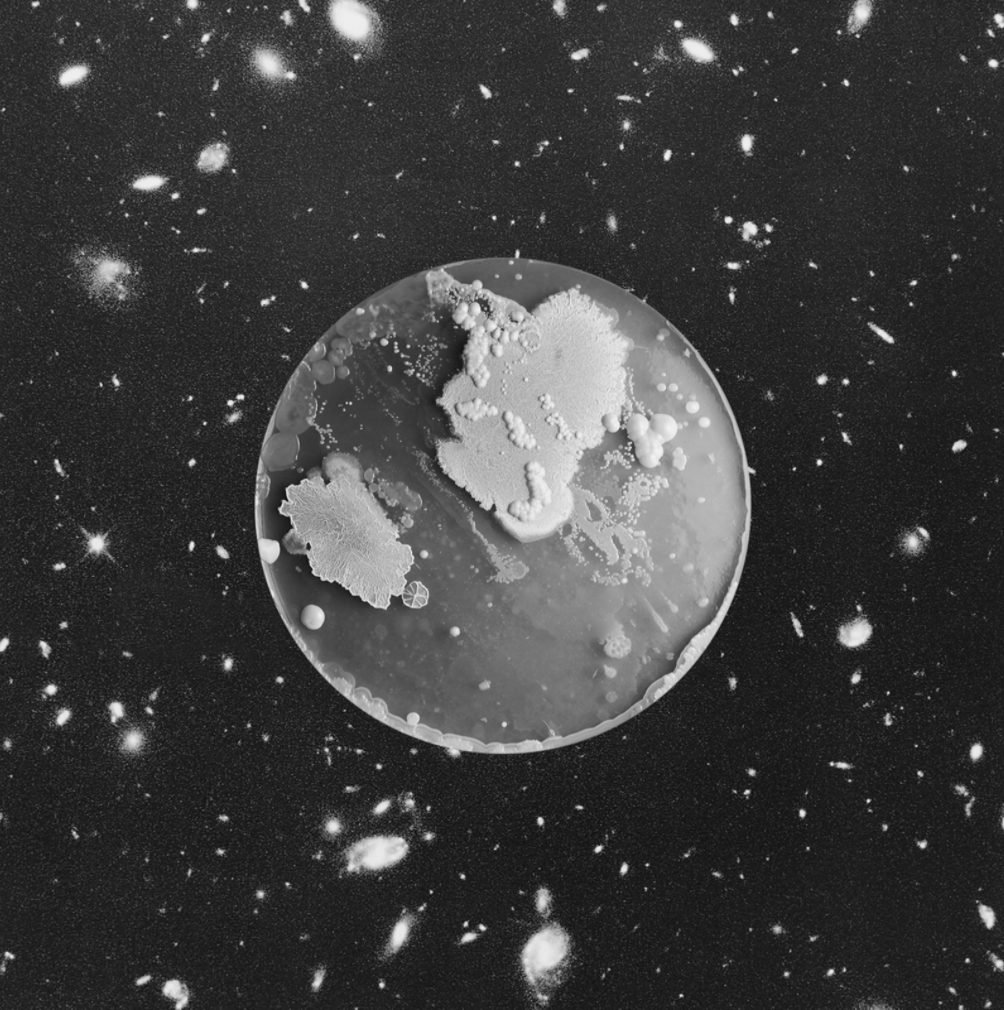 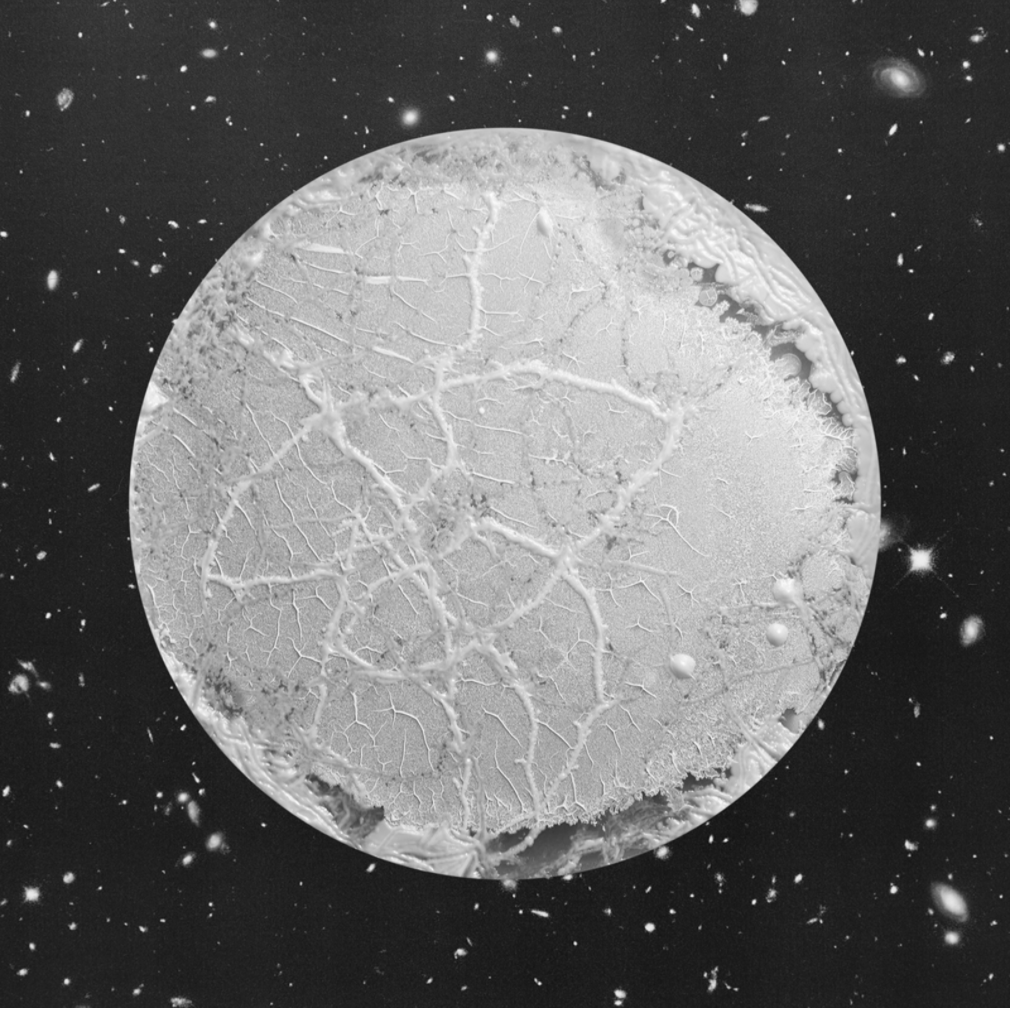 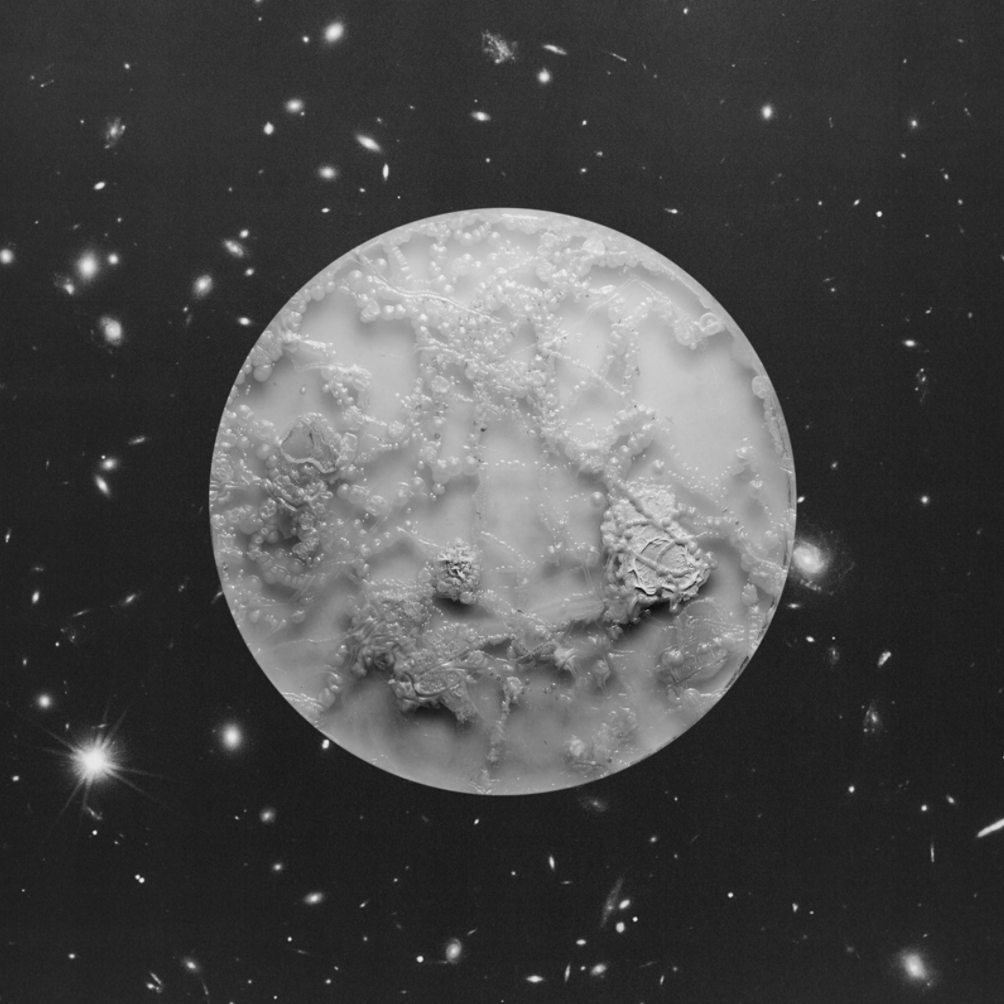 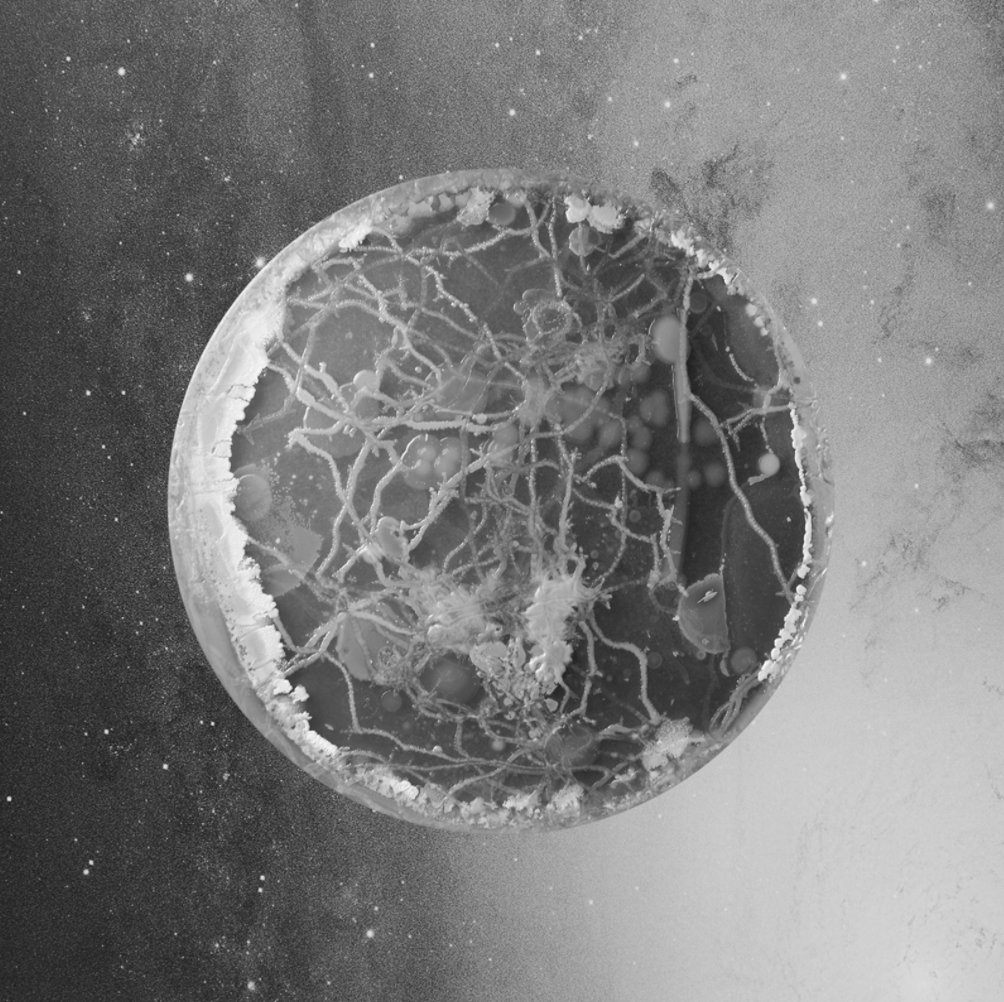 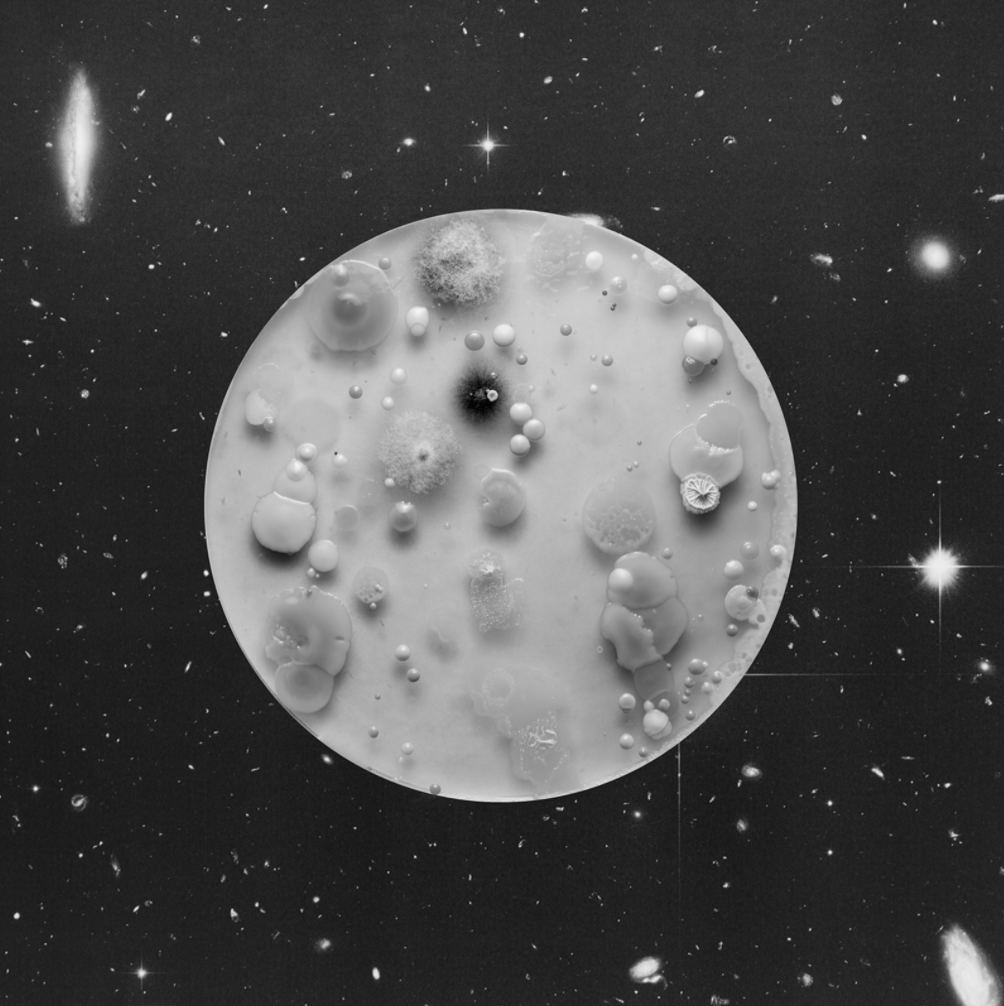 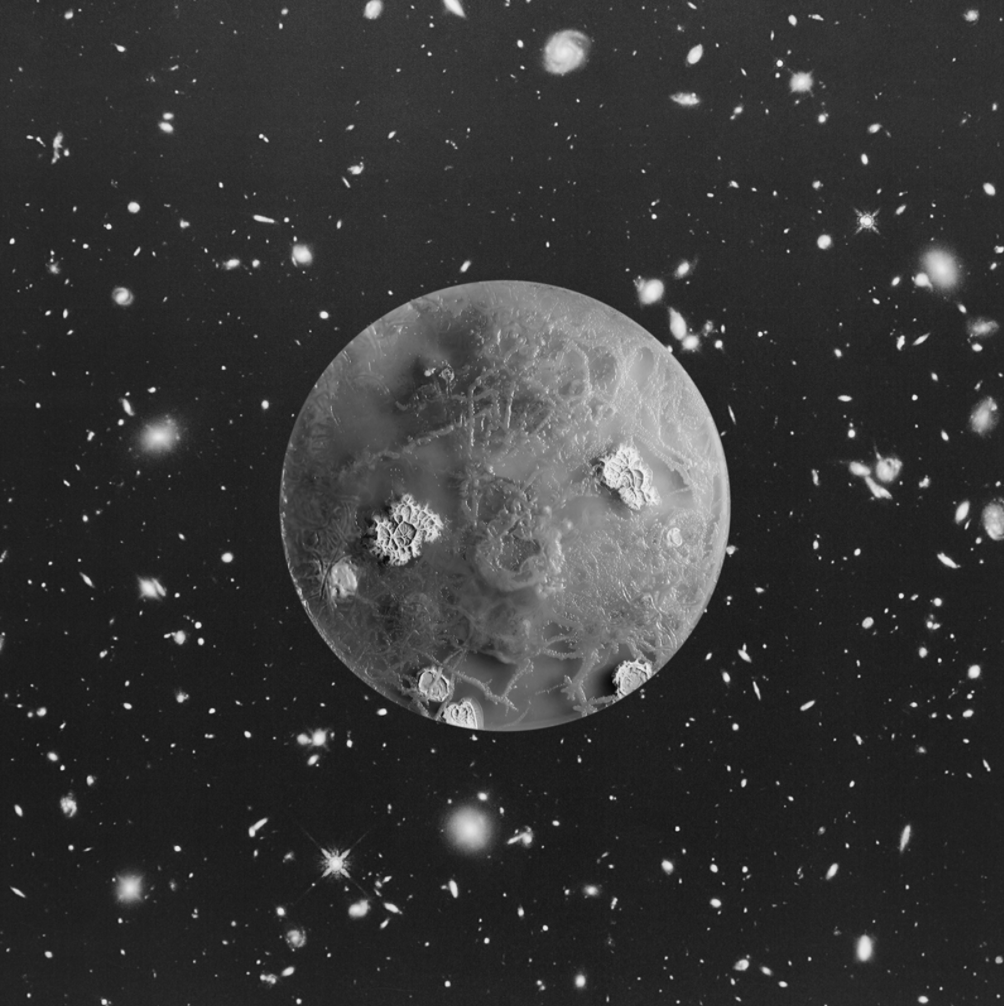 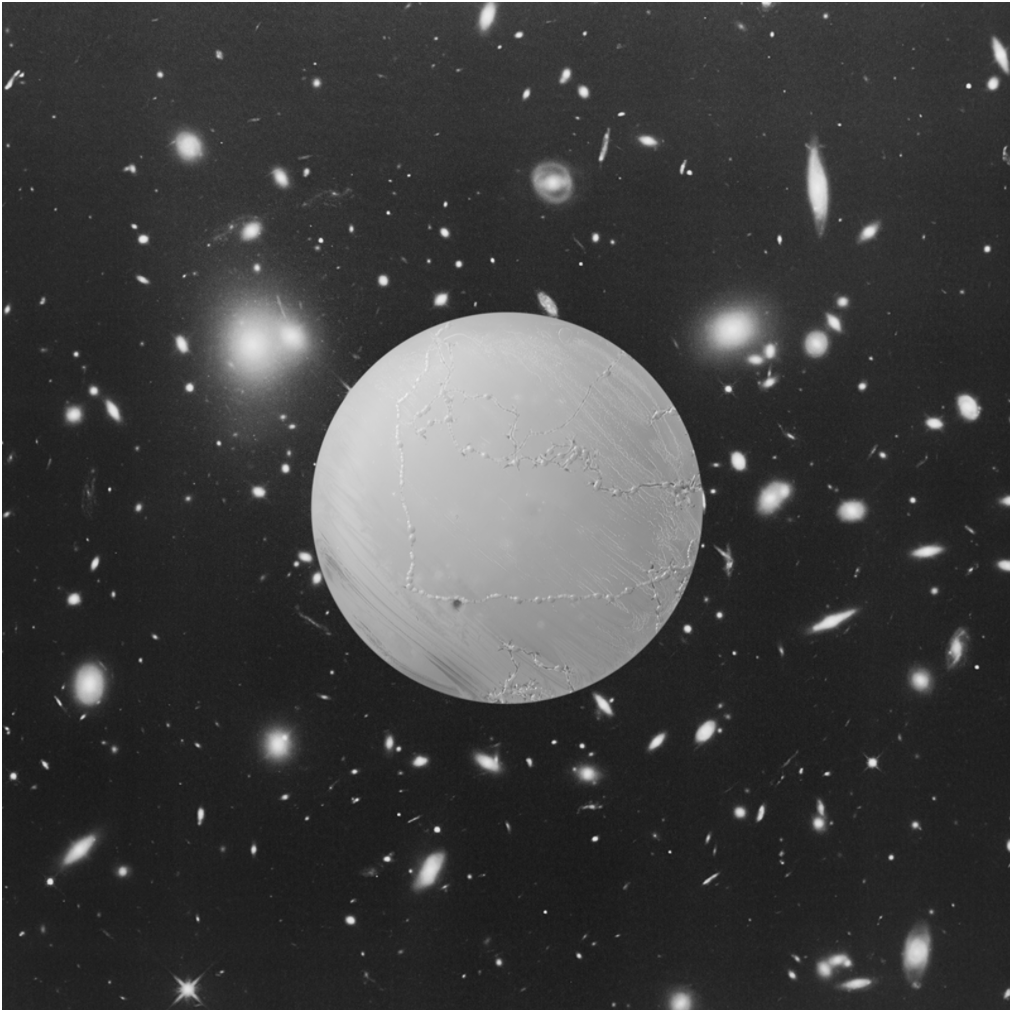 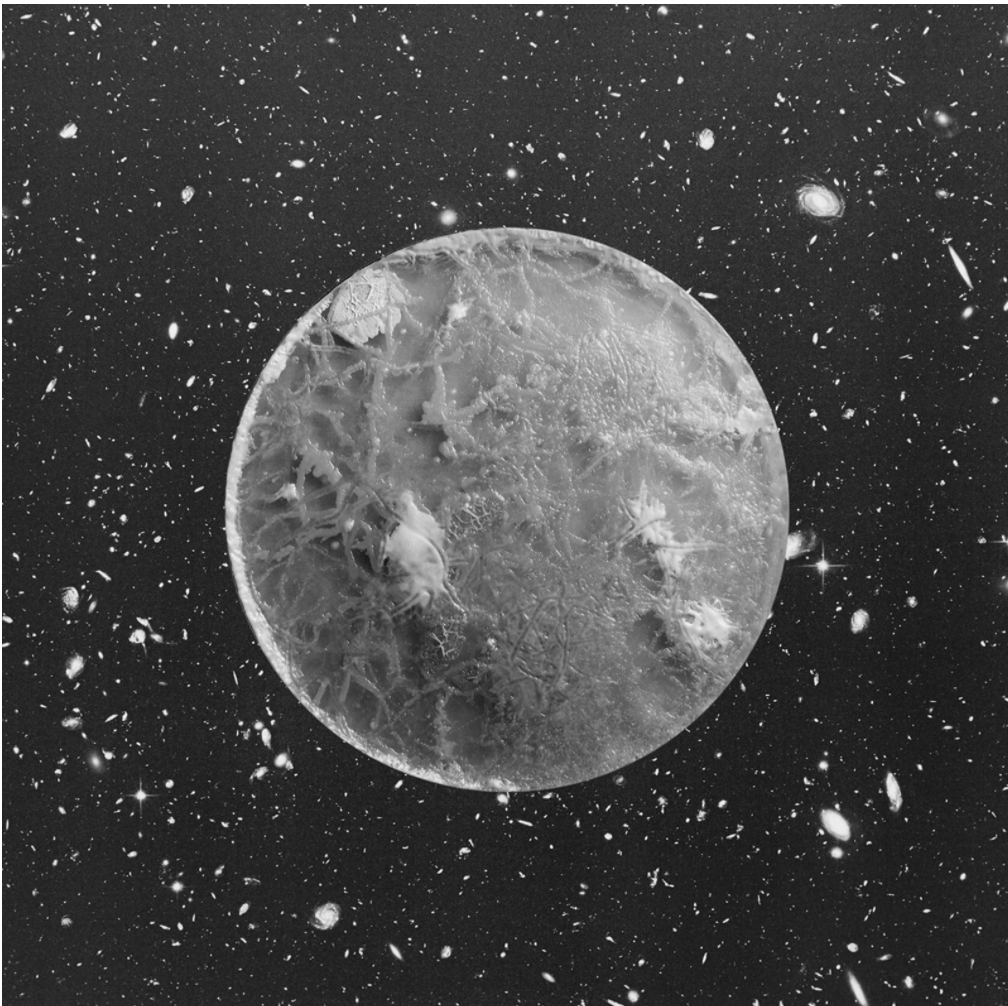 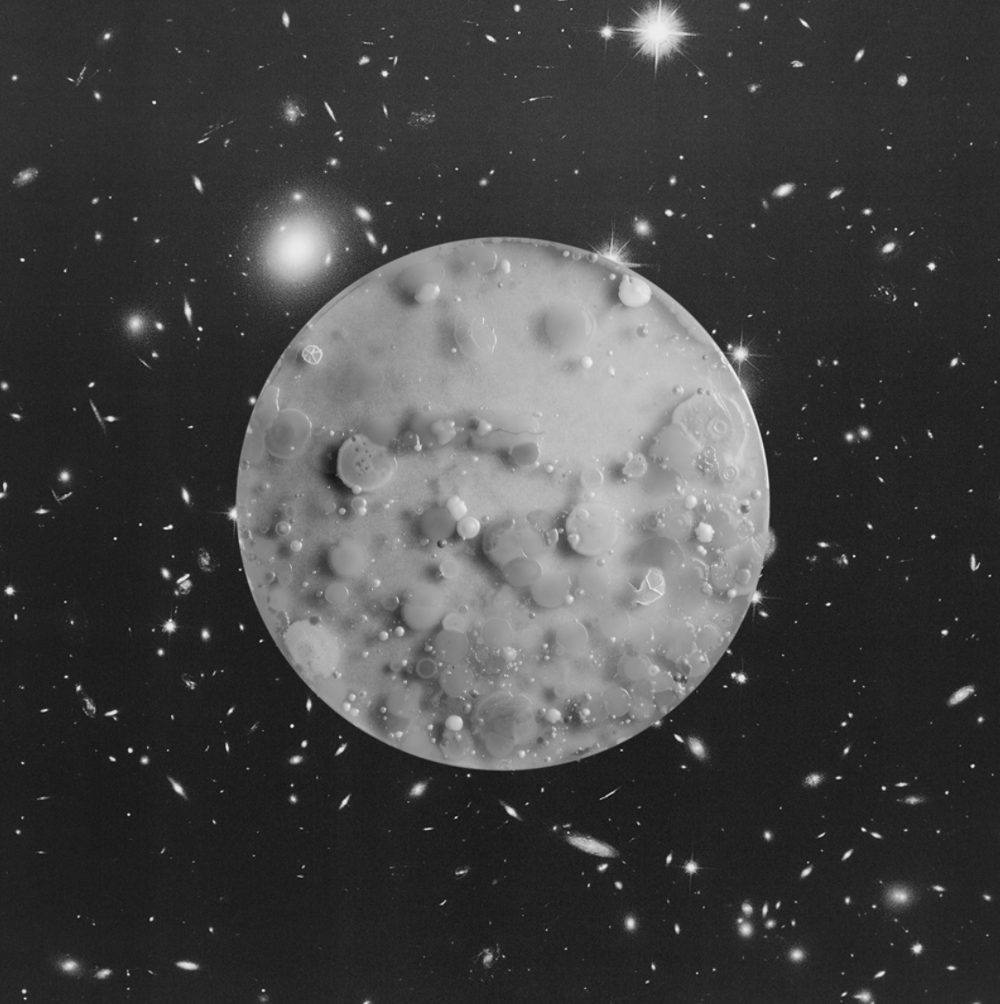 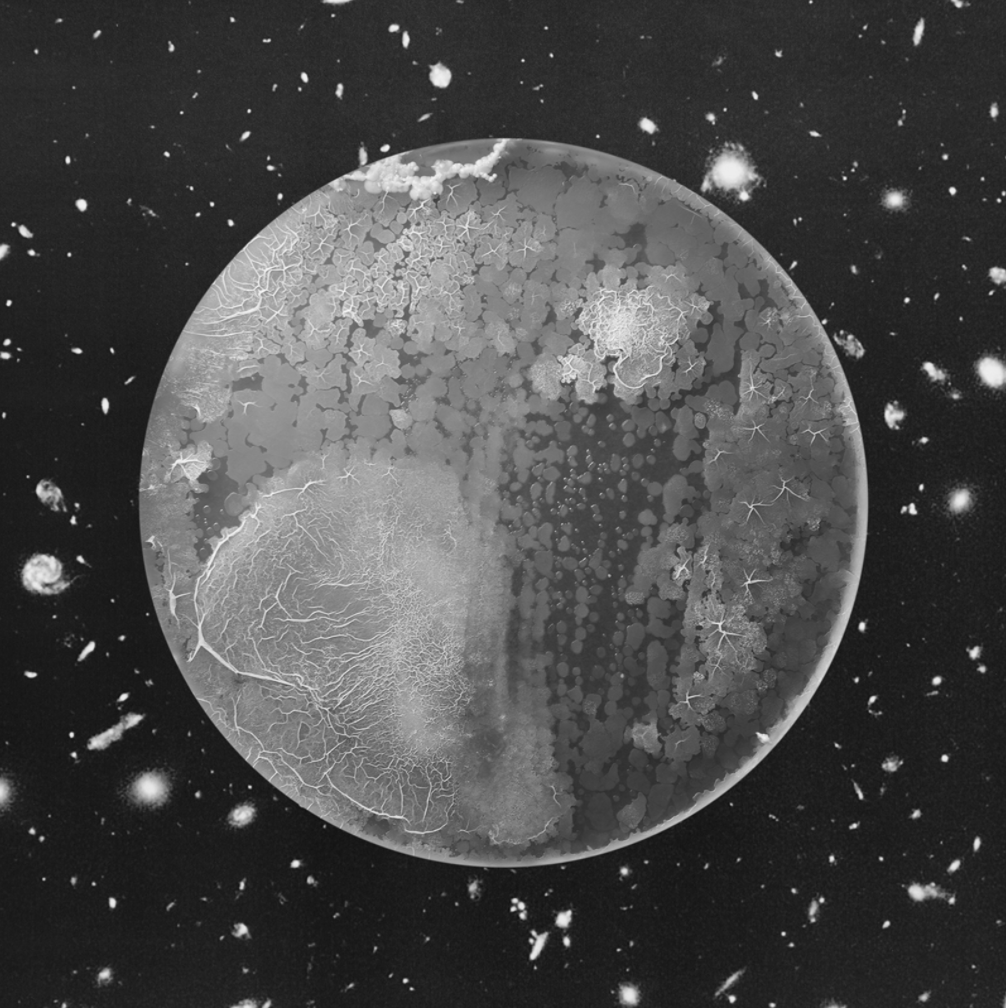 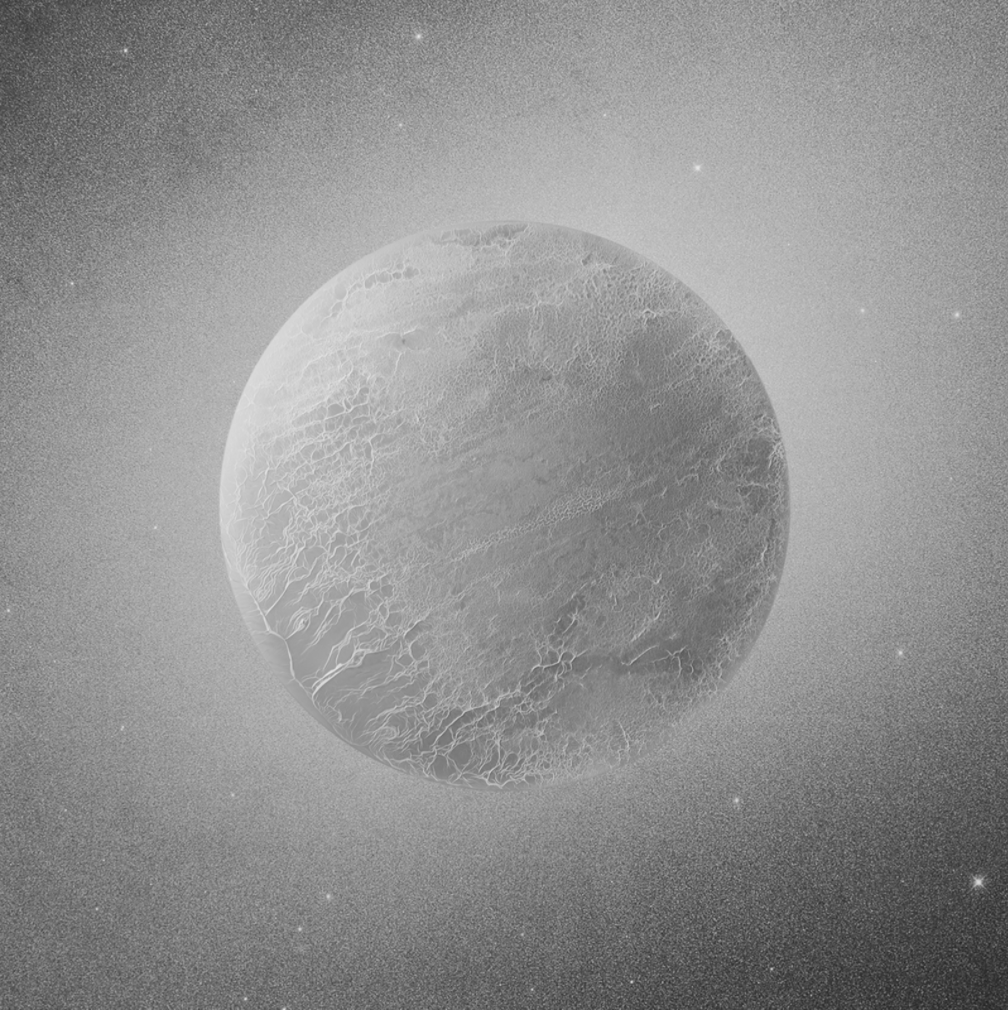 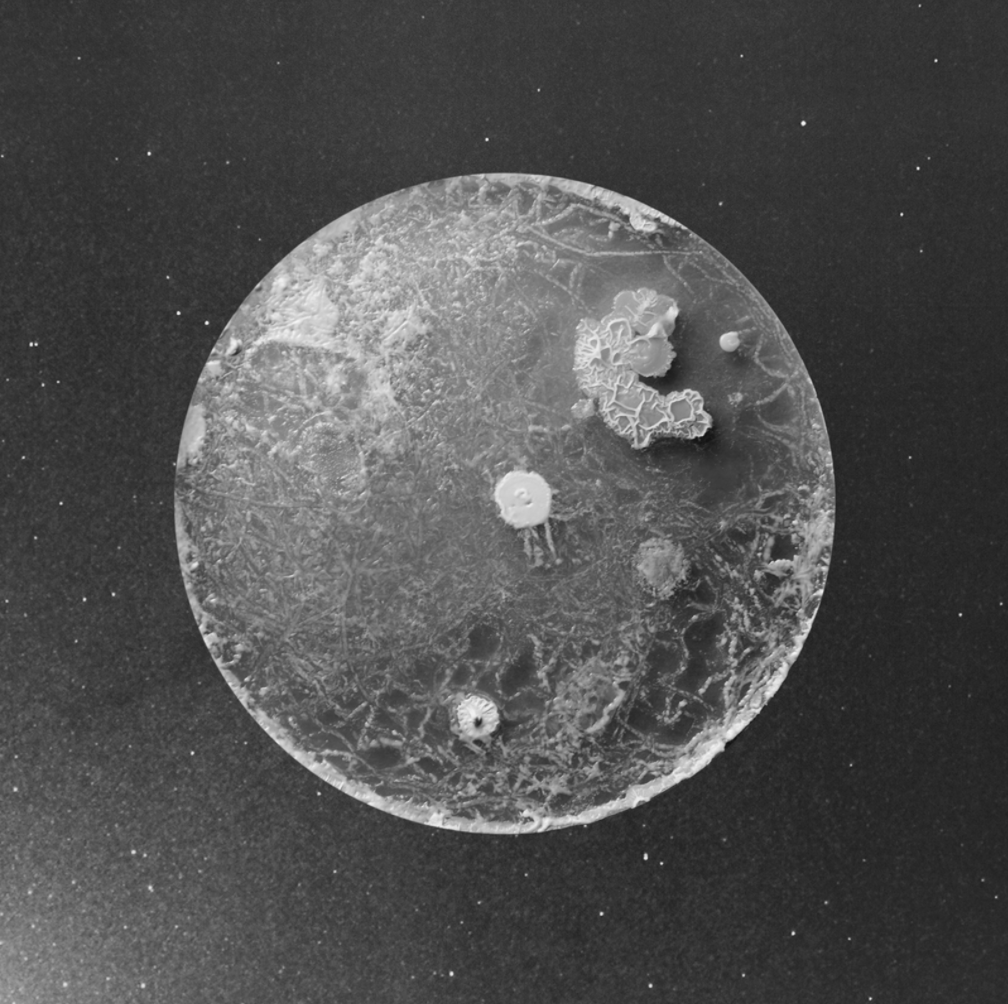 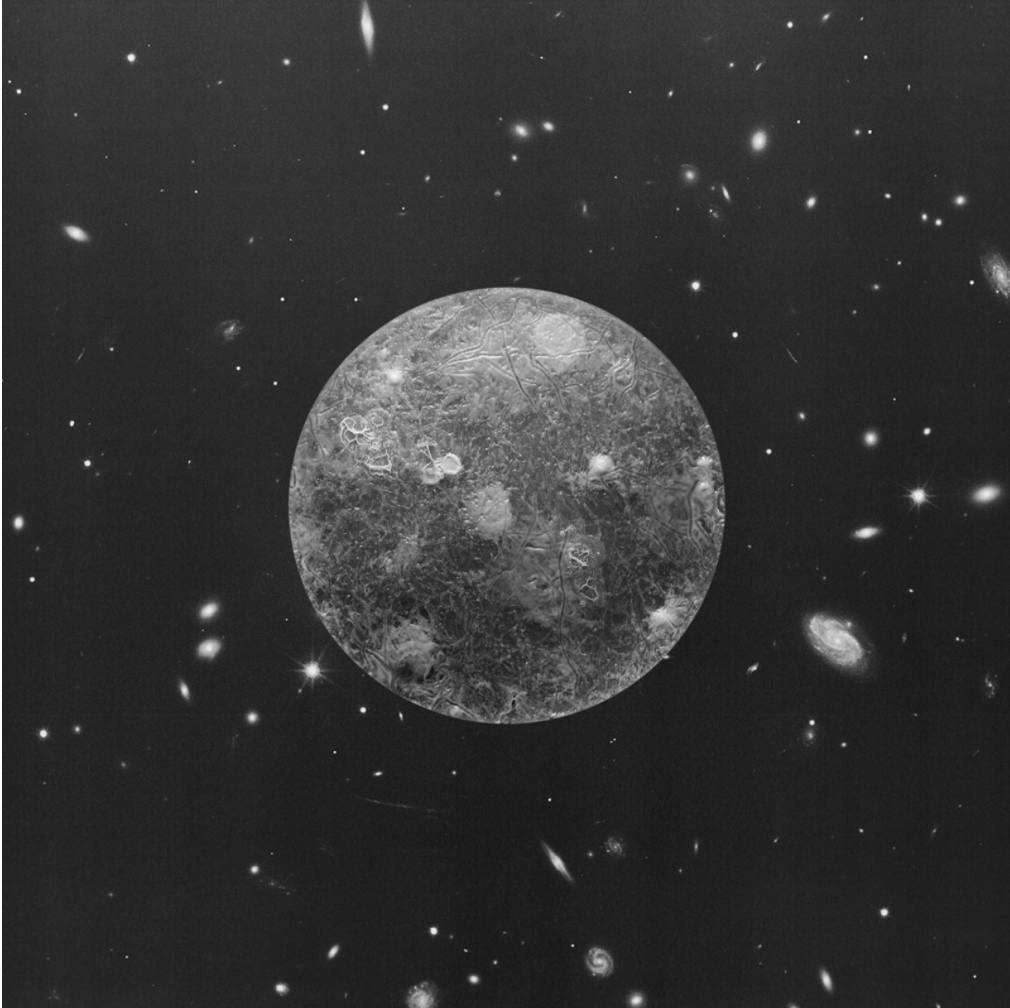 Marco Castelli’s (b. 1991) photographs are naïve in the most wonderful of ways. They hark back to a time when space travel was still romantic, when it was about exploring new societies and cultures, when all that was needed for a trip to the moon was a large-enough cannon; space was both fun and innocent.

The playful universe Castelli creates in his images is borne out of bacterial cultures, and the planets in it are named after the origins of the samples: “Undershoe,” “Strangerhand,” “Dog.” Here, bacteria become the continents, great rivers, and grand canyons of planets that could just as well be from our own solar system: some of them are cold, barren ice planets, while others seem to be teeming with swamps and rainforests. The only difference is that they are found at the bottom of a Petri dish, not at the end of a telescope.