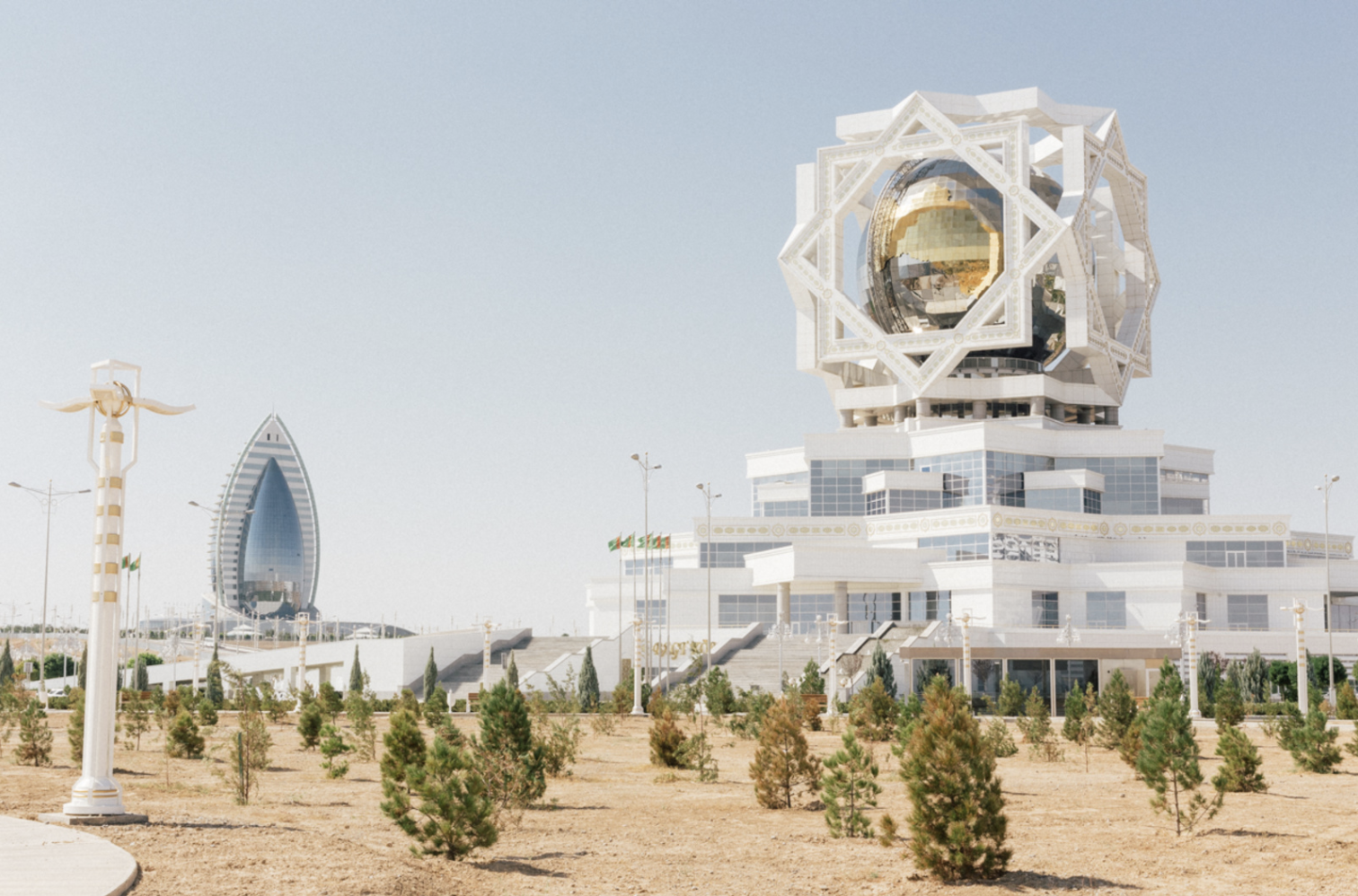 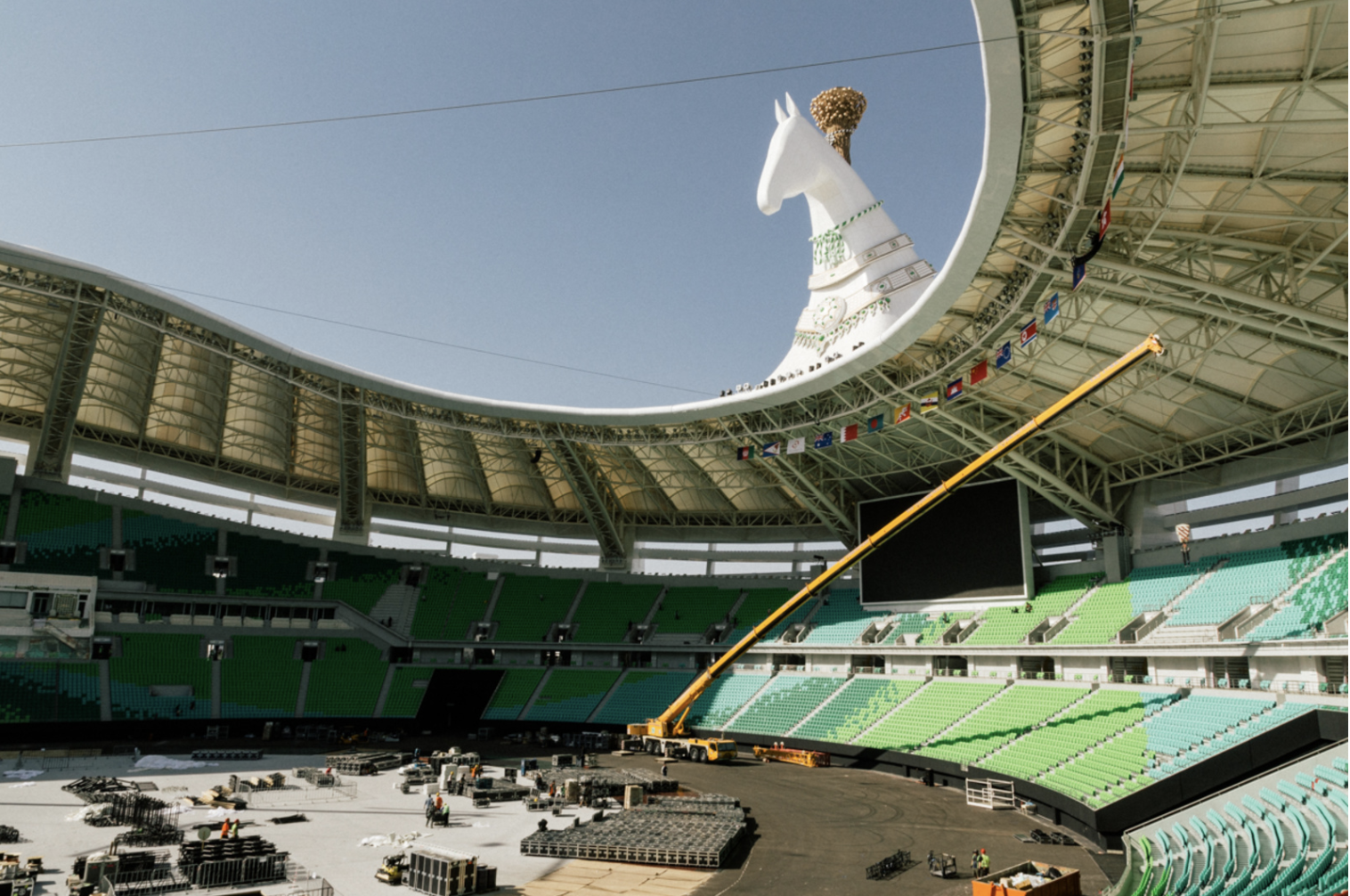 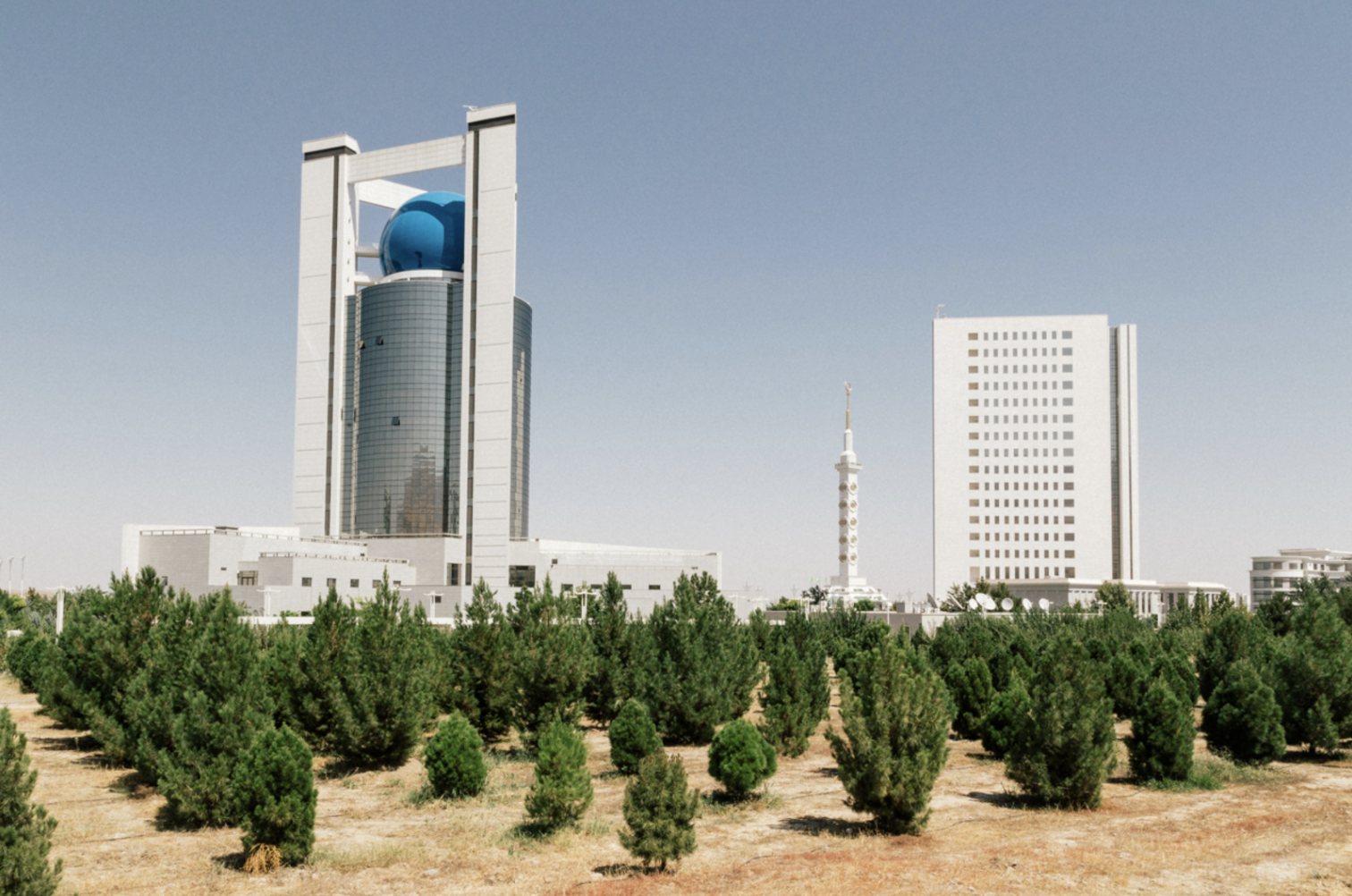 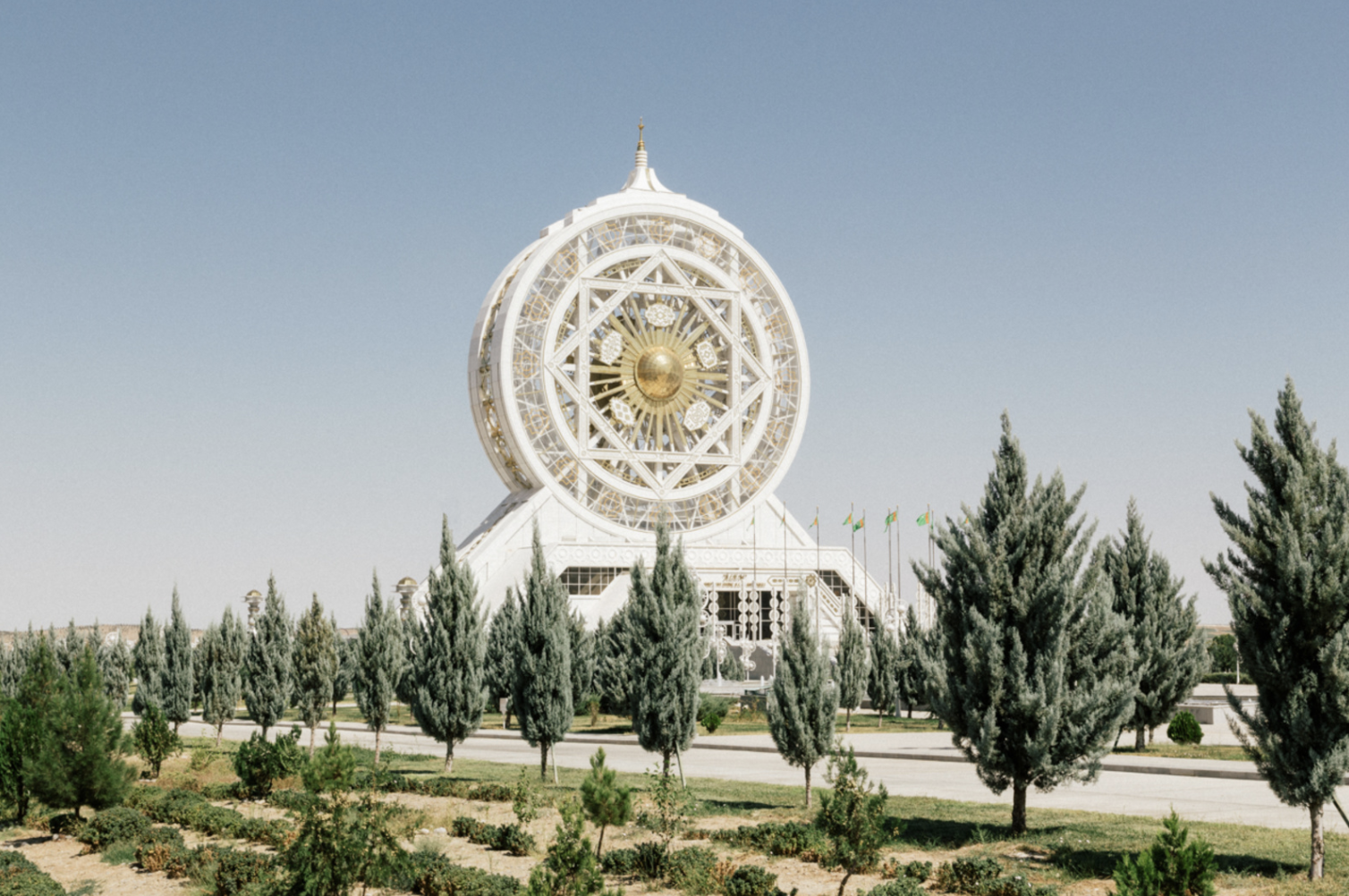 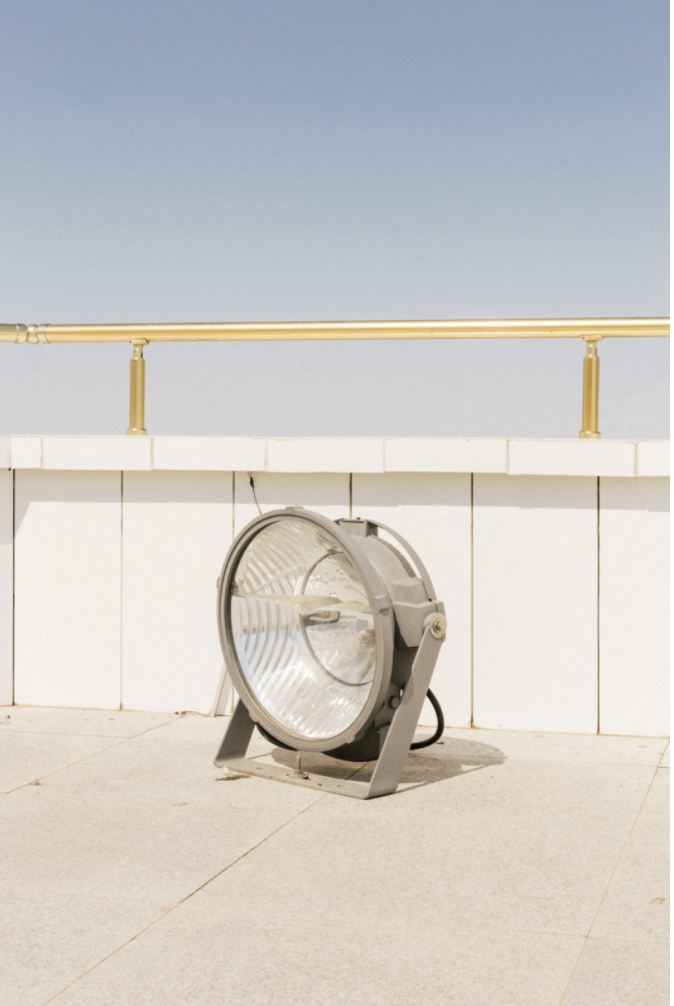 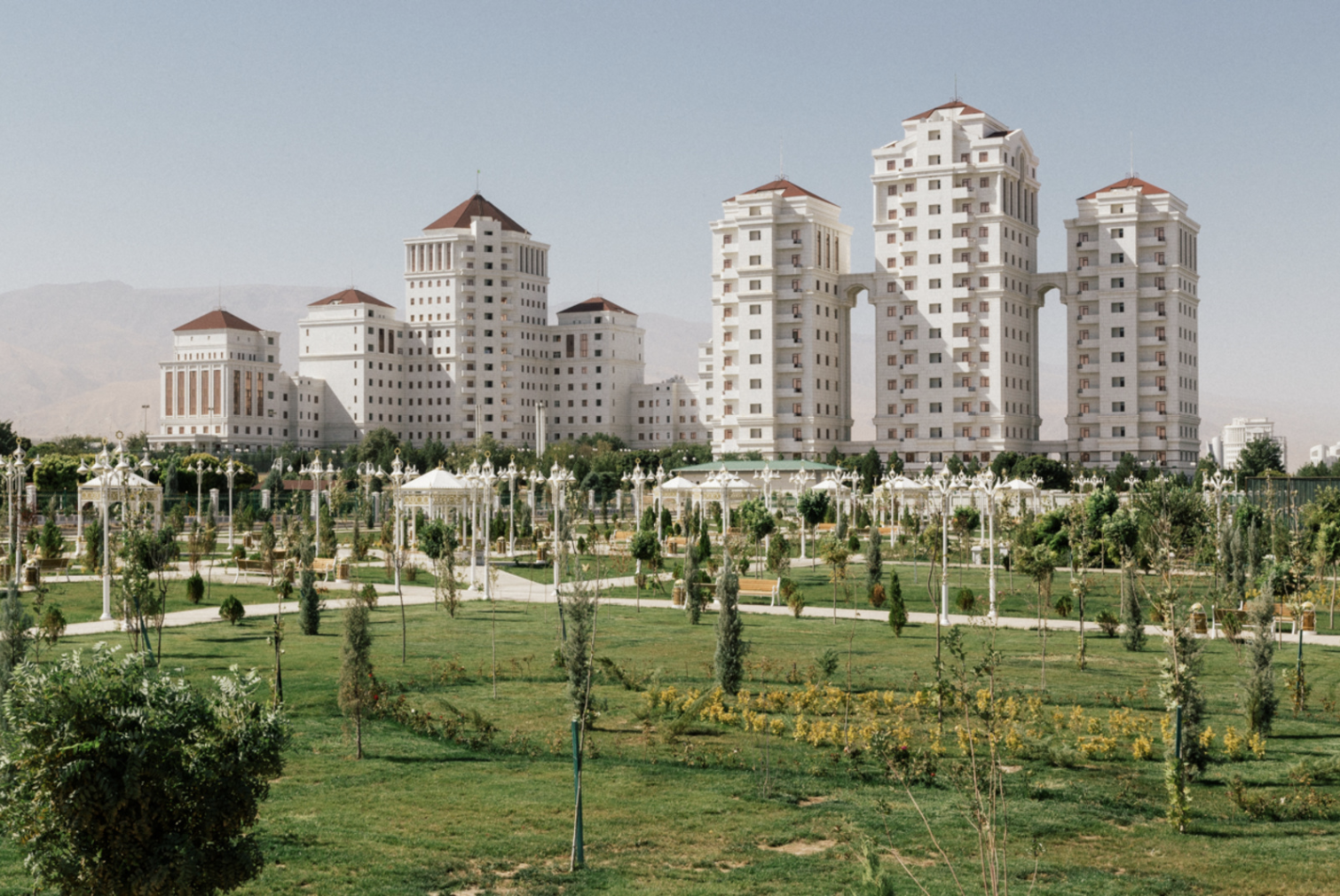 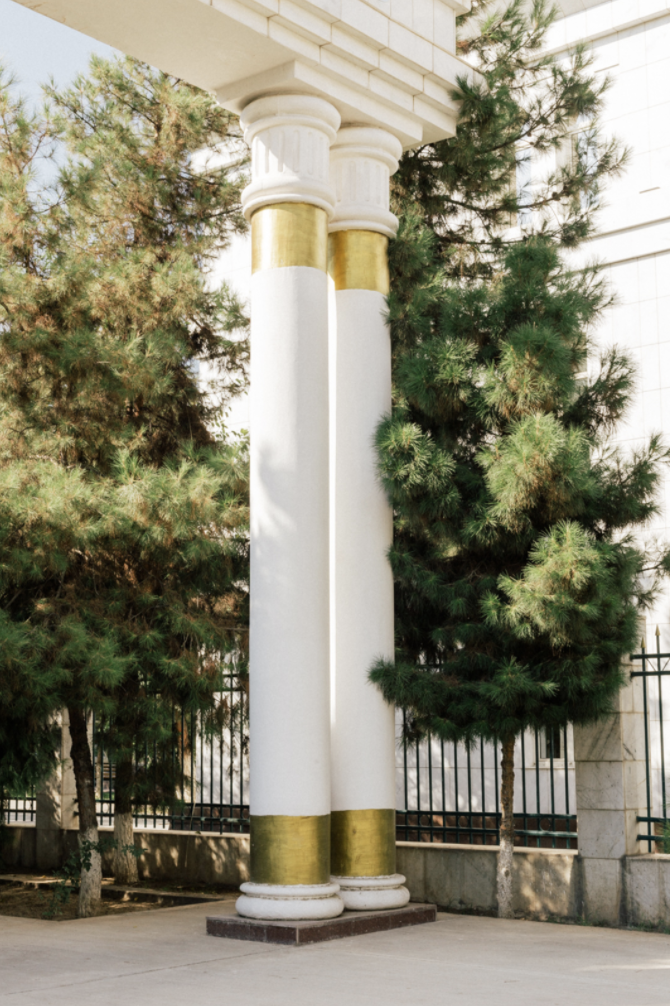 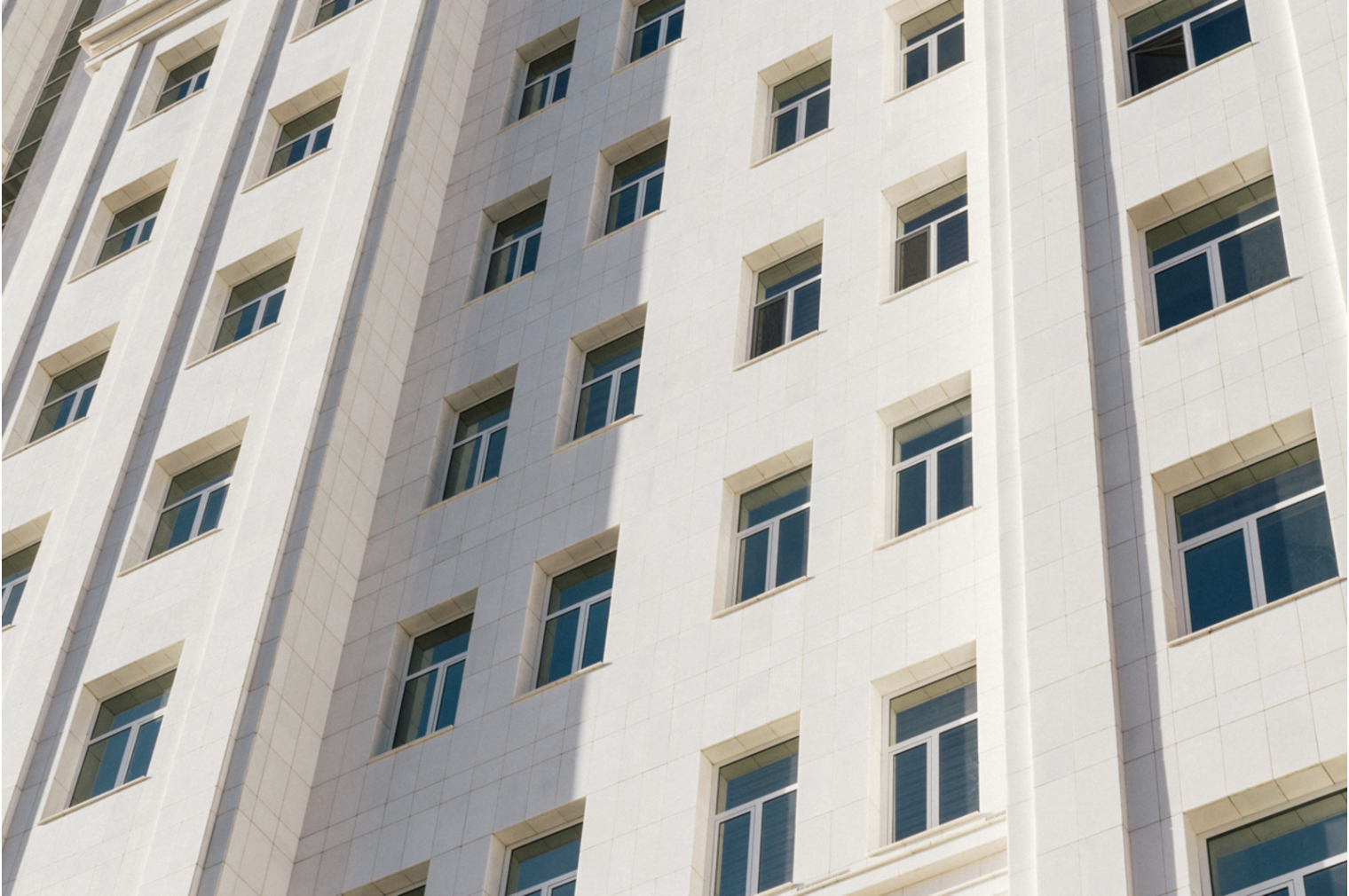 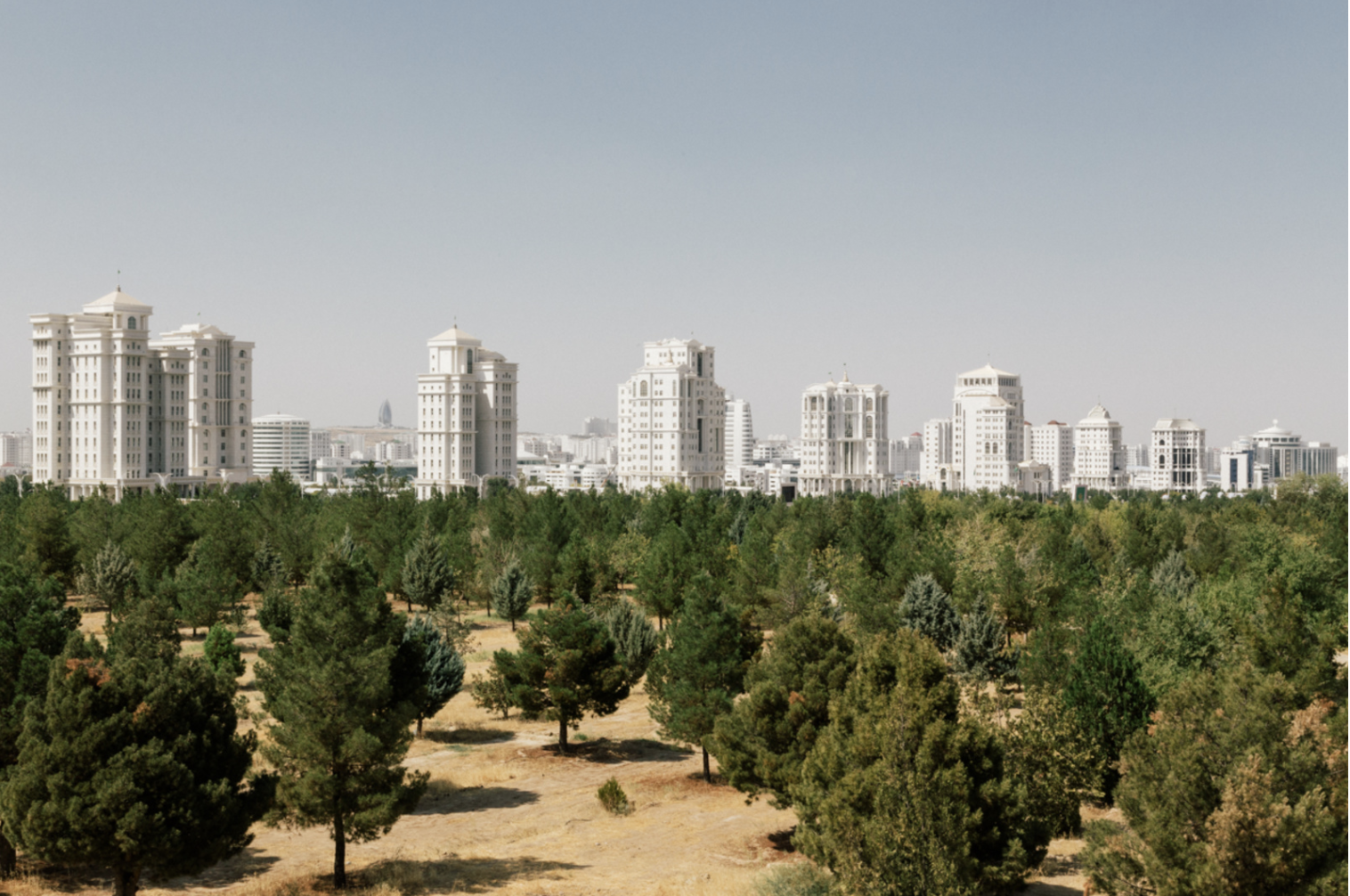 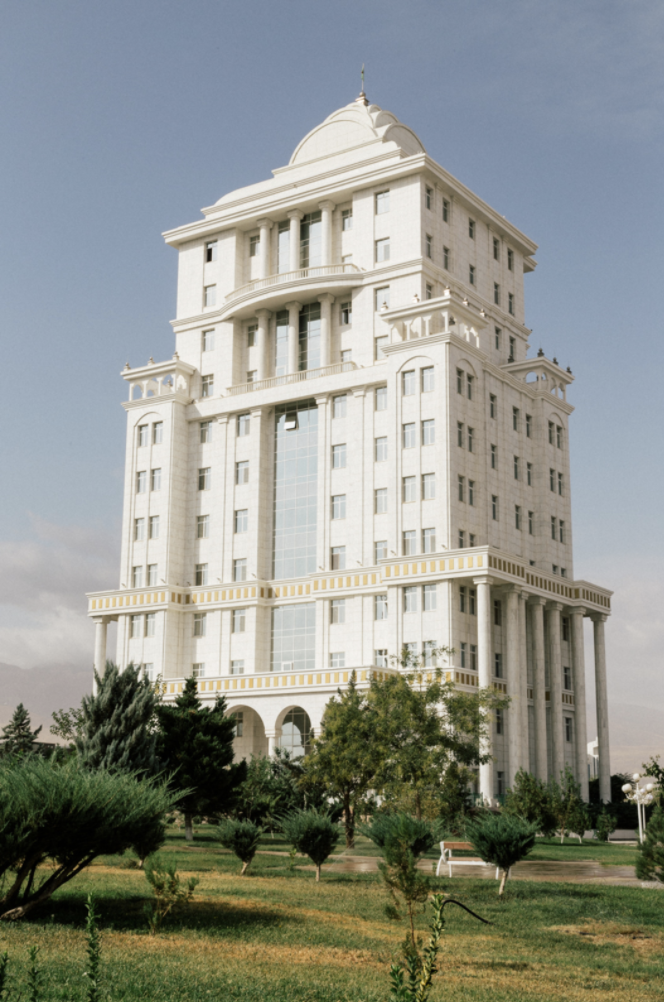 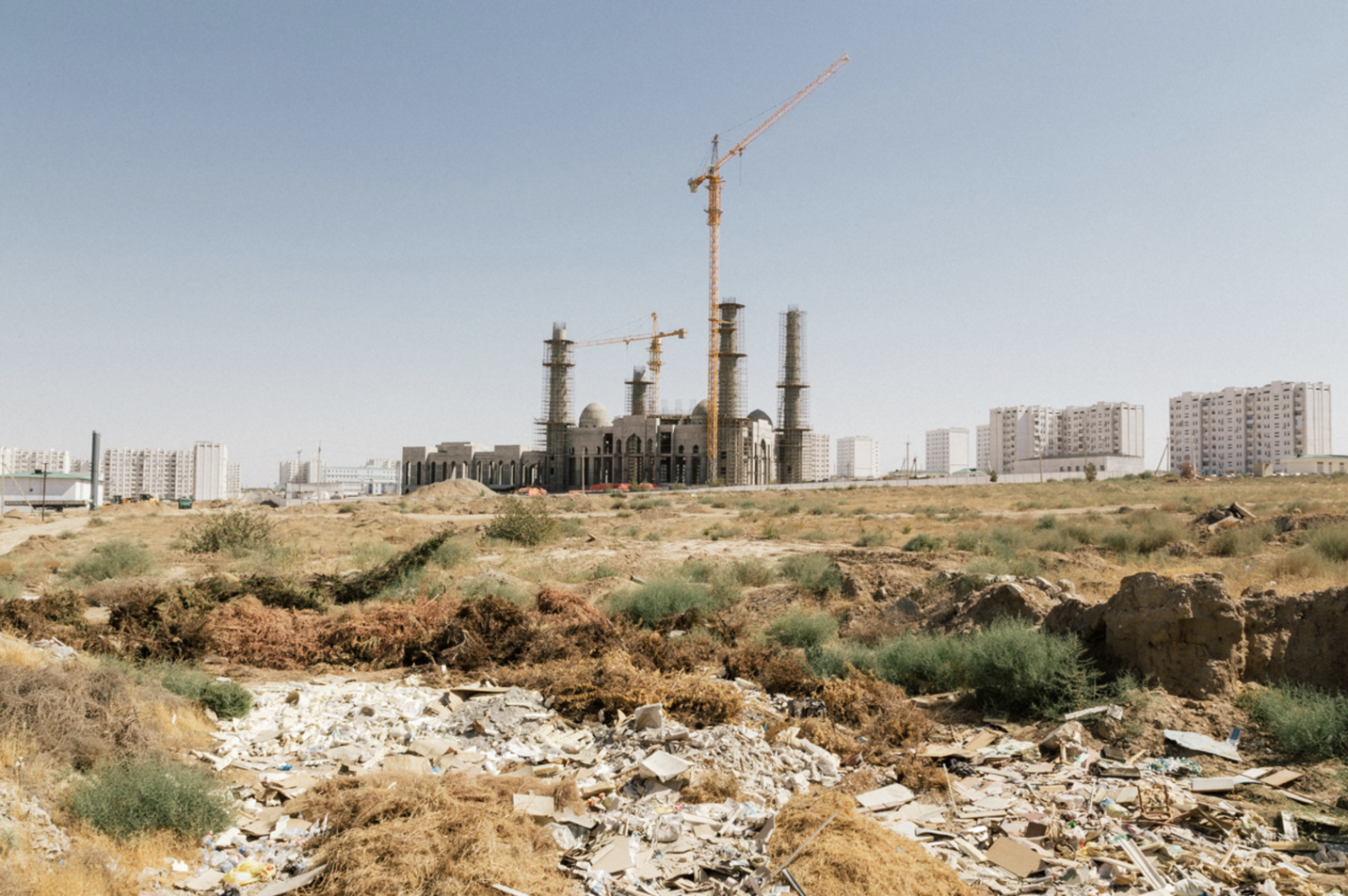 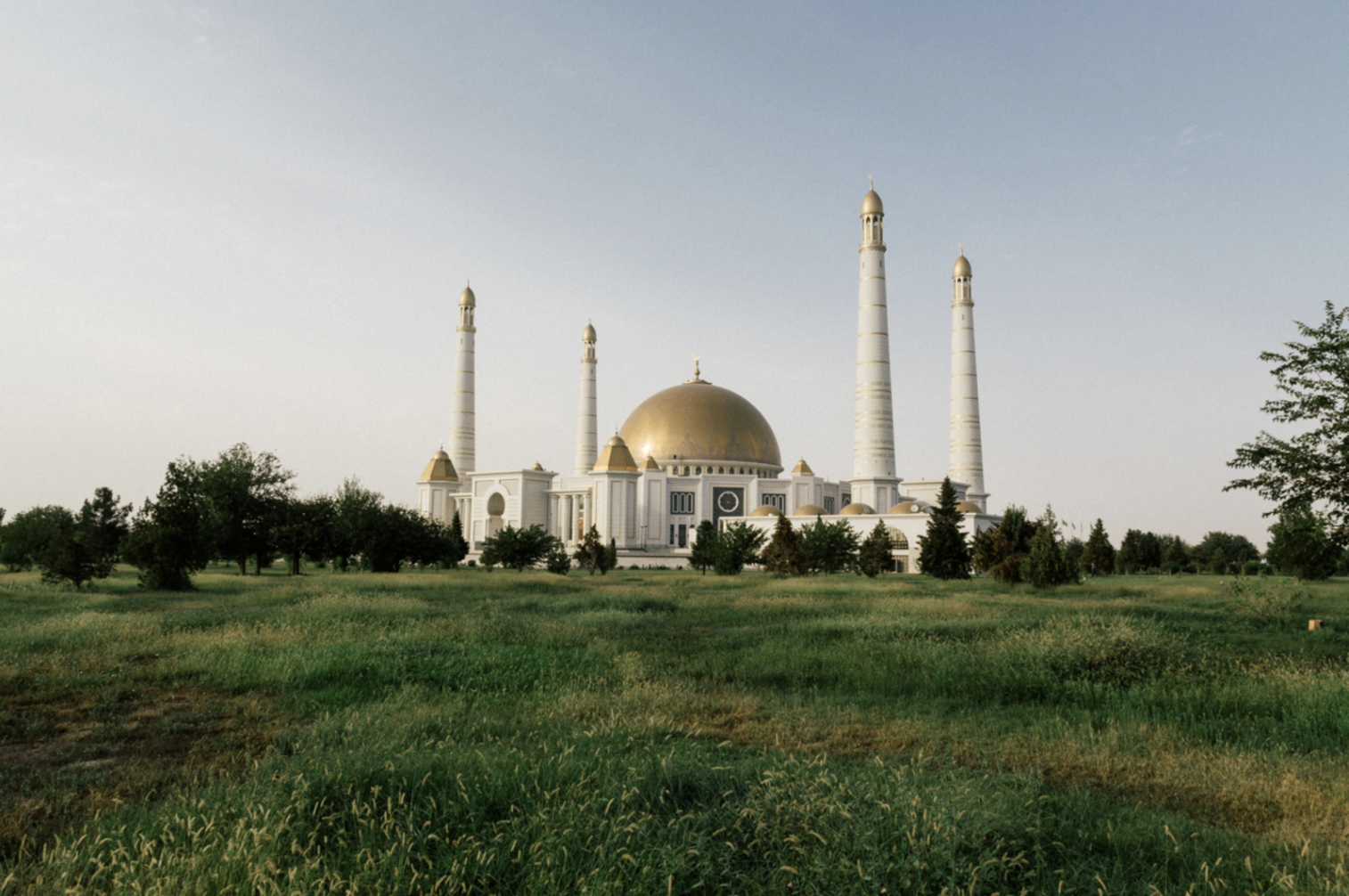 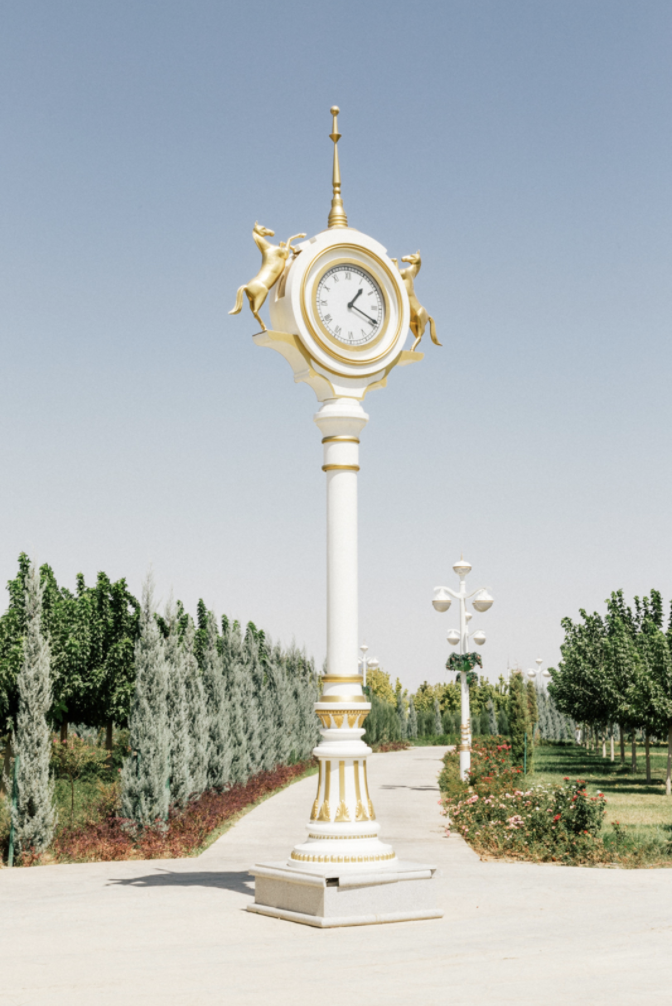 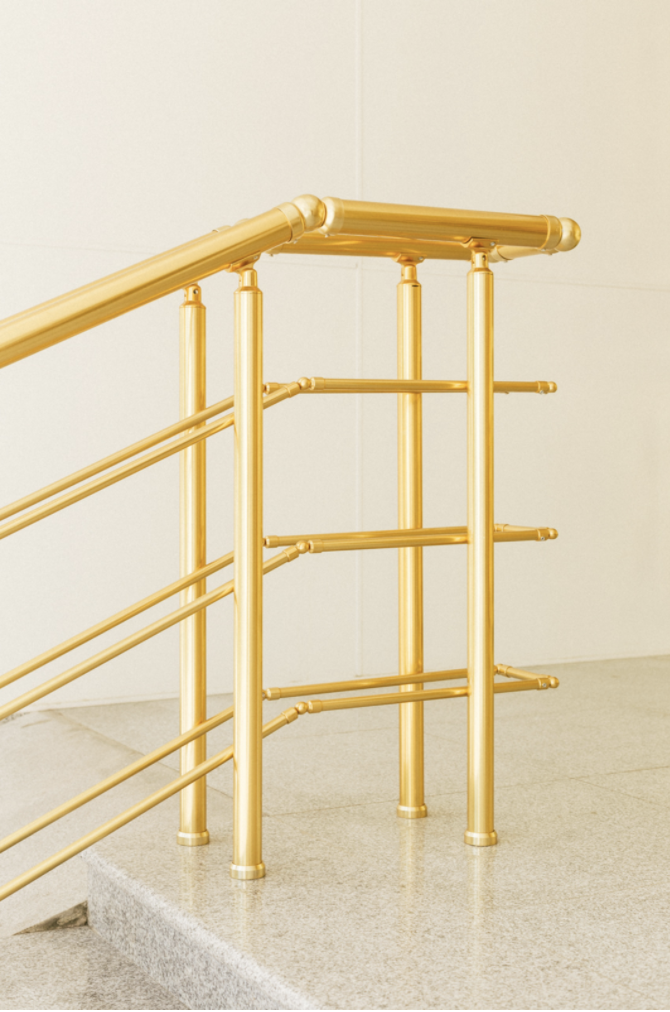 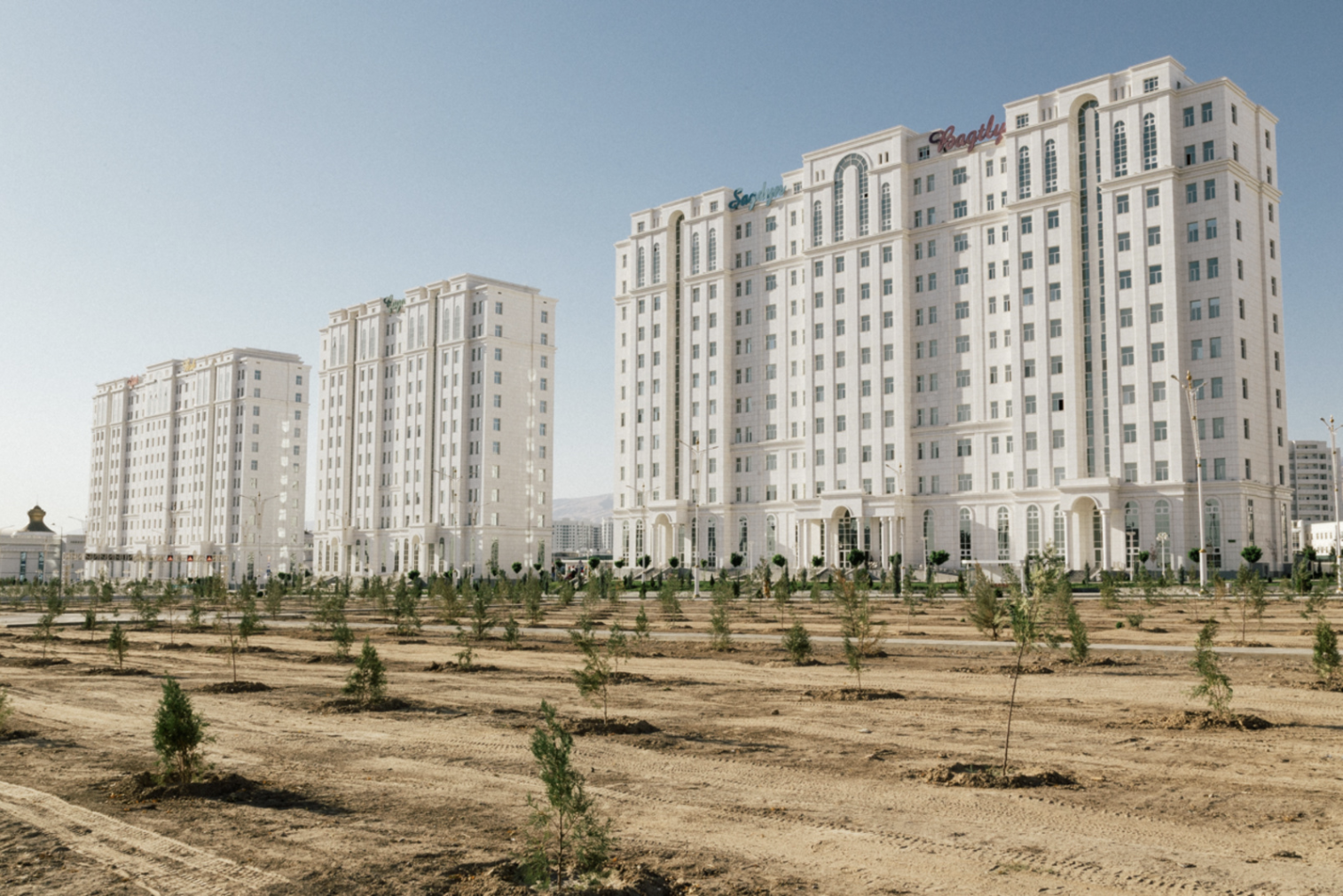 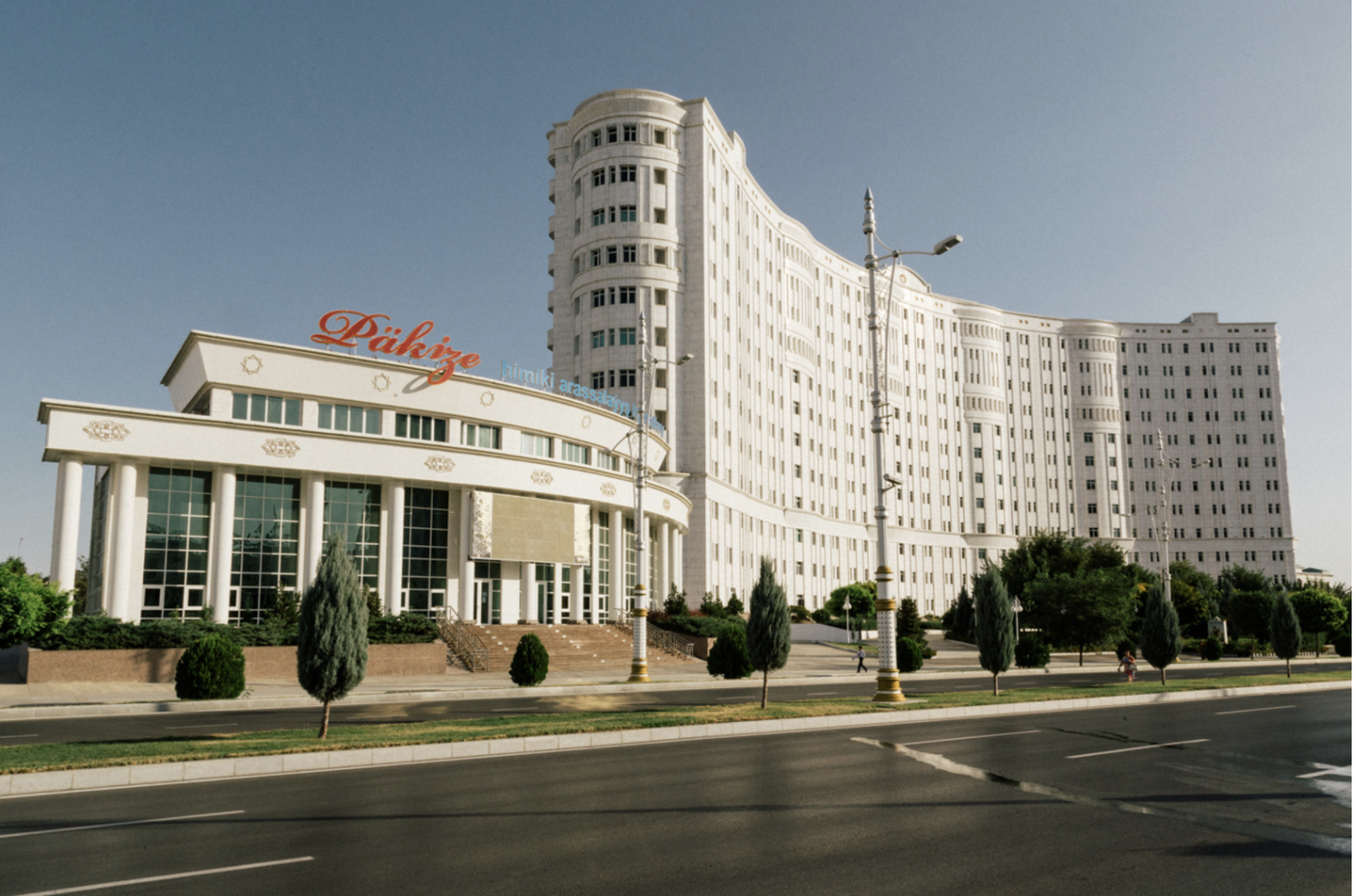 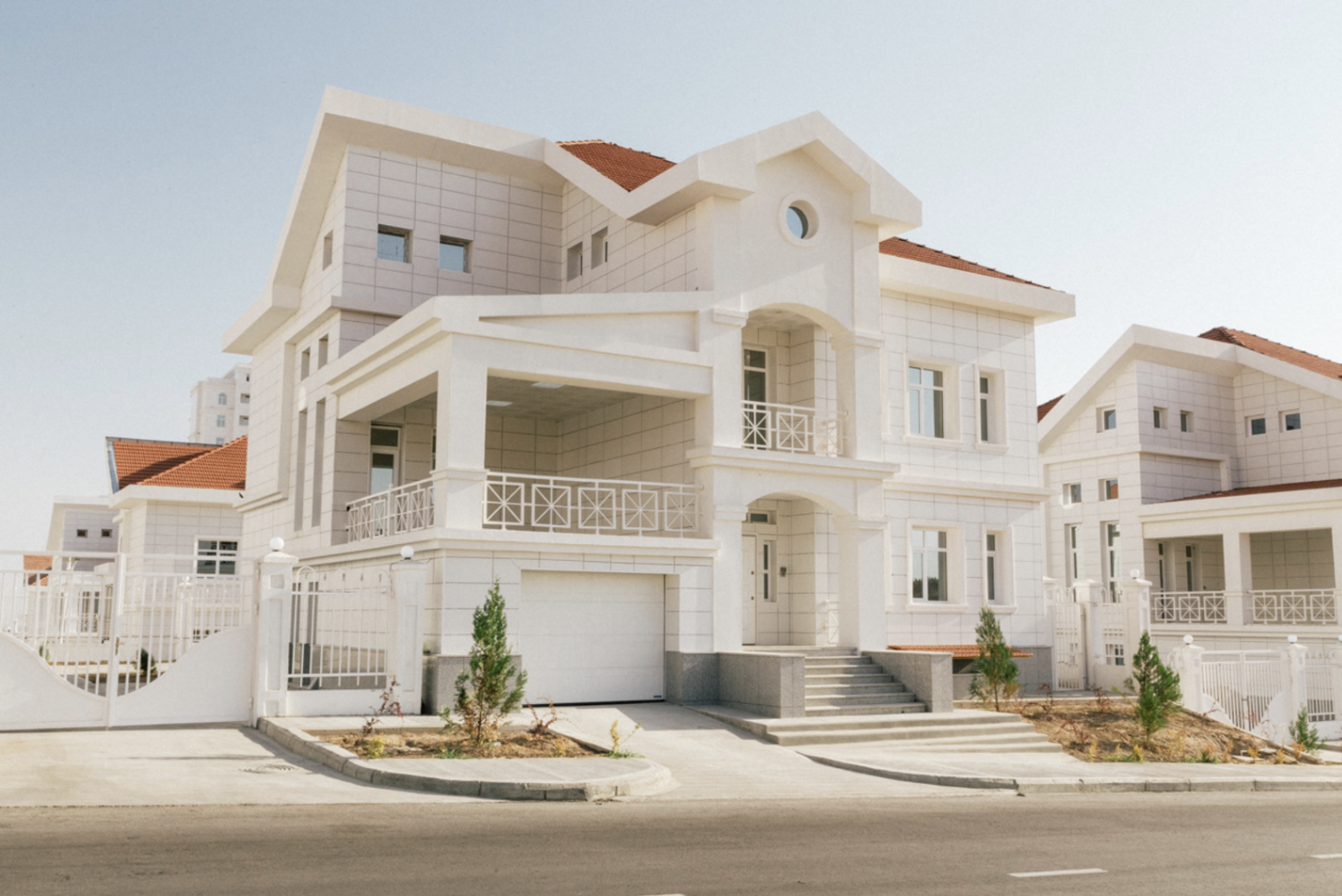 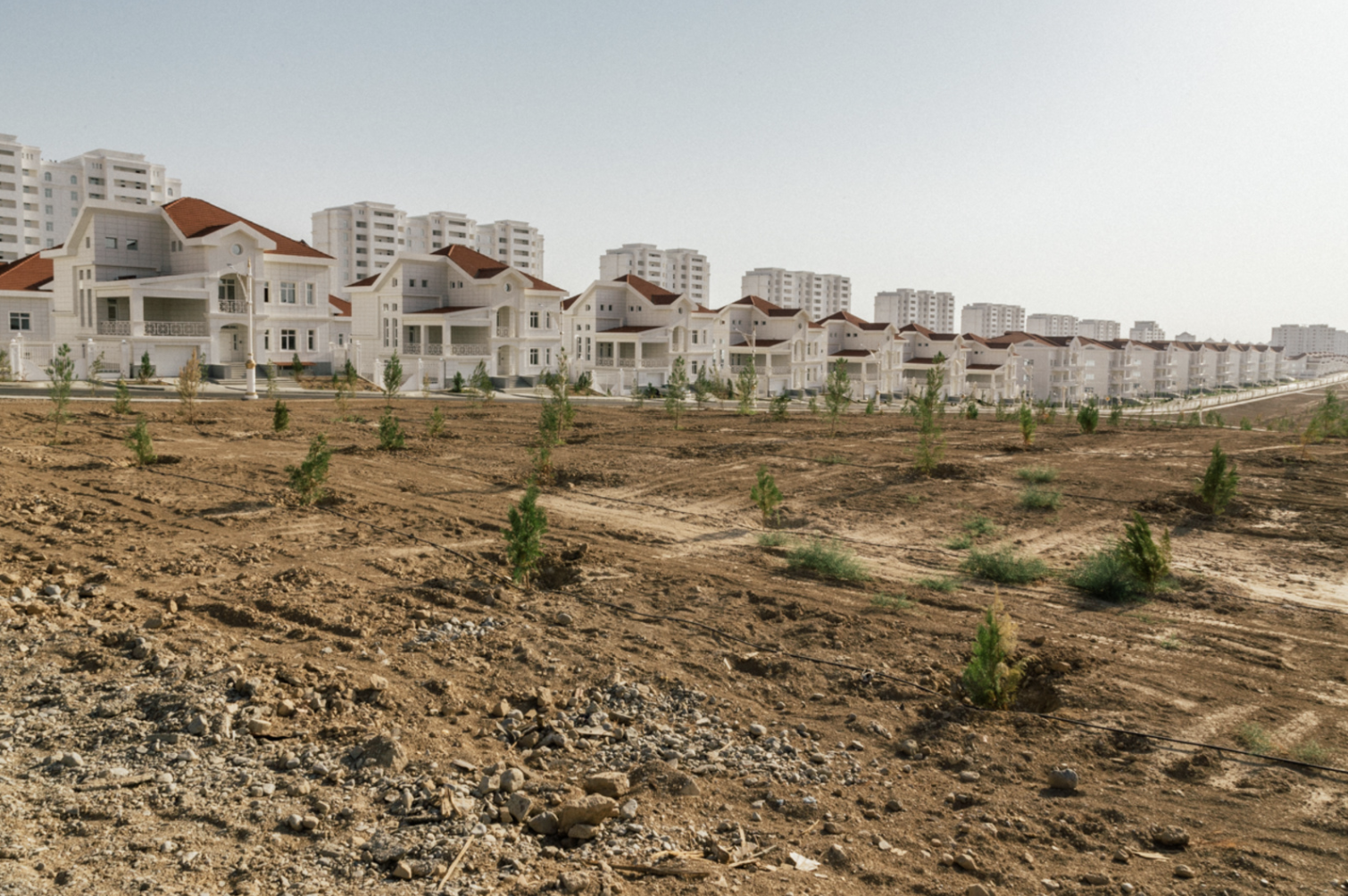 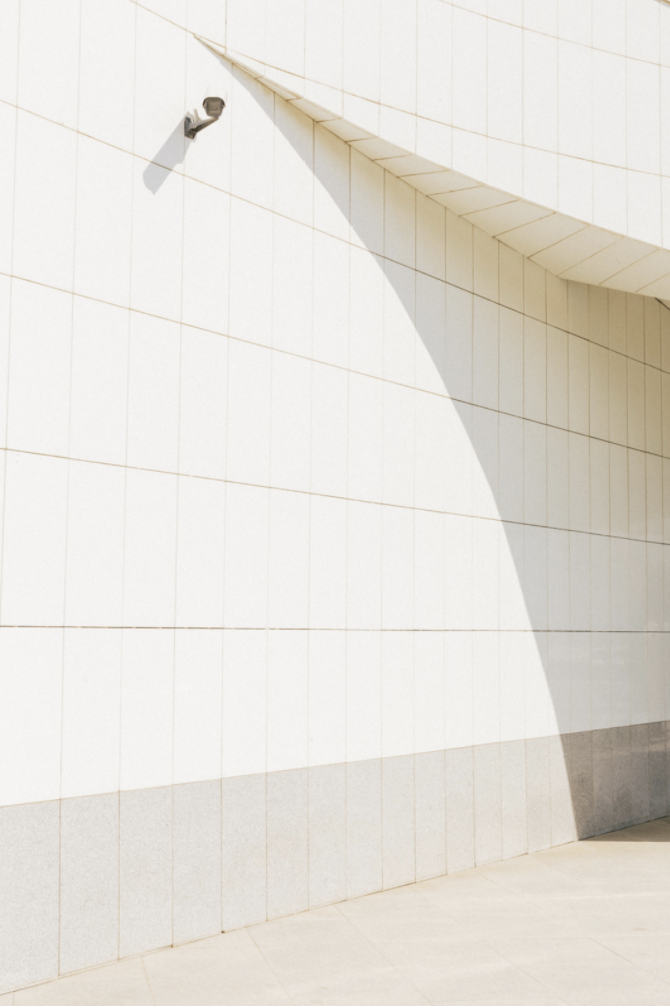 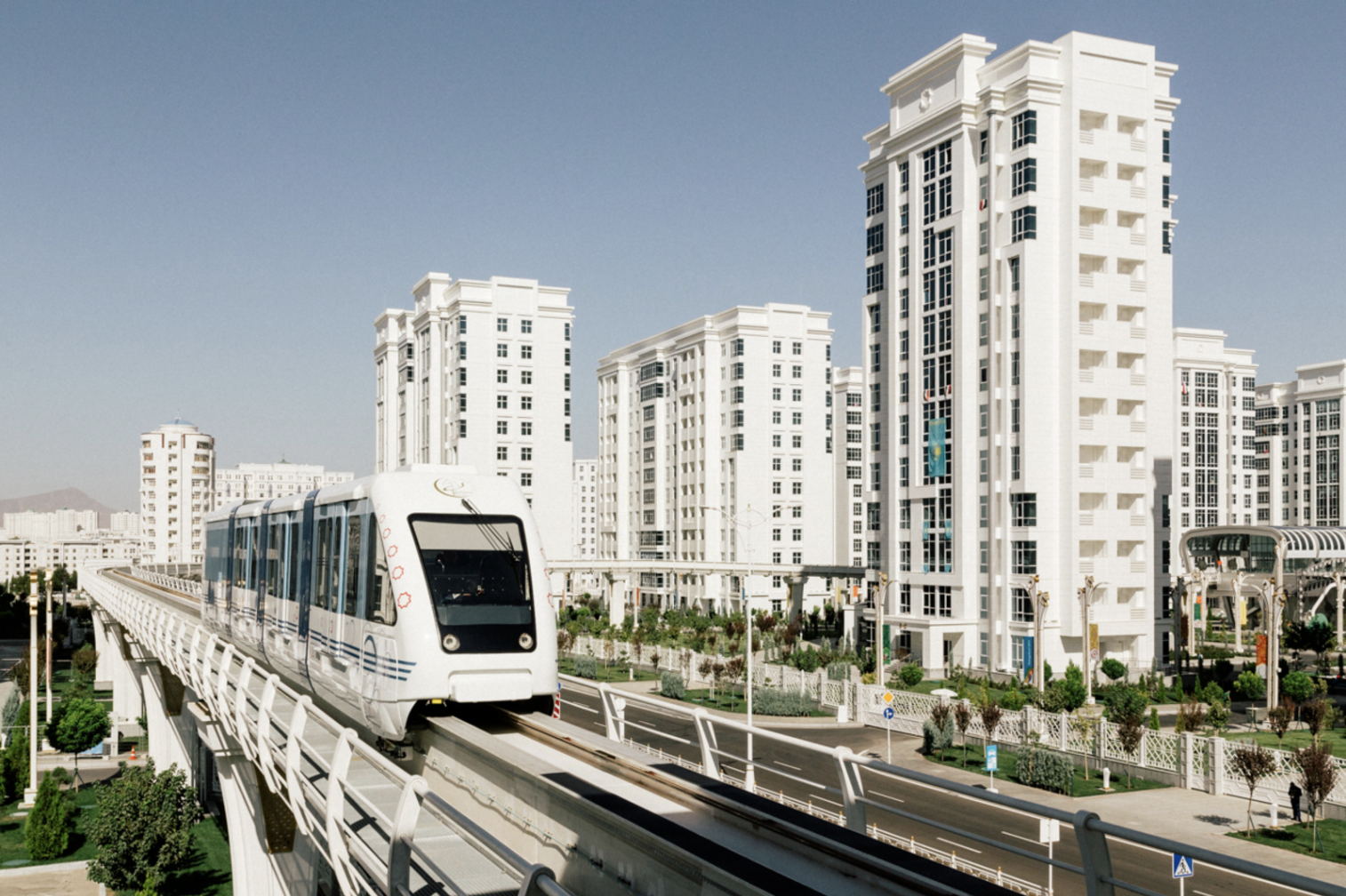 With its gleaming gold domes, ostentatious statues, as well as the Guinness Book of Records title for most white marble buildings on earth, Ashgabat (in Turkmenistan), has established itself as a showpiece capital. Spanish photographer Arnau Rovira Vidal (b. 1984) went there for work and found himself in a city like nothing he had ever seen before. The city of white marble has been designed to show the world about the glories and accomplishments of the Turkmen and, strangely enough, to break obscure records, since the former president is a Guinness Book fanatic.

Yet, the flashiness is something of a mirage. Vidal takes his name for the series, A Ghost City, after the deserted streets and empty squares. “You can see the large difference between these empty, super-new buildings and the normal people, who live in other parts of the city in a poor way,” Vidal states. All of the kitsch he documented against a bright blue sky makes the city looks like a futuristic, artificially constructed cityscape, like mixing Las Vegas or Dubai with the fictional capitol in District One of the Hunger Games. Vidal’s photographs revolve around this shifted sense of reality felt in the city – through the eyes of an outsider. A perspective that even the inhabitants possess.