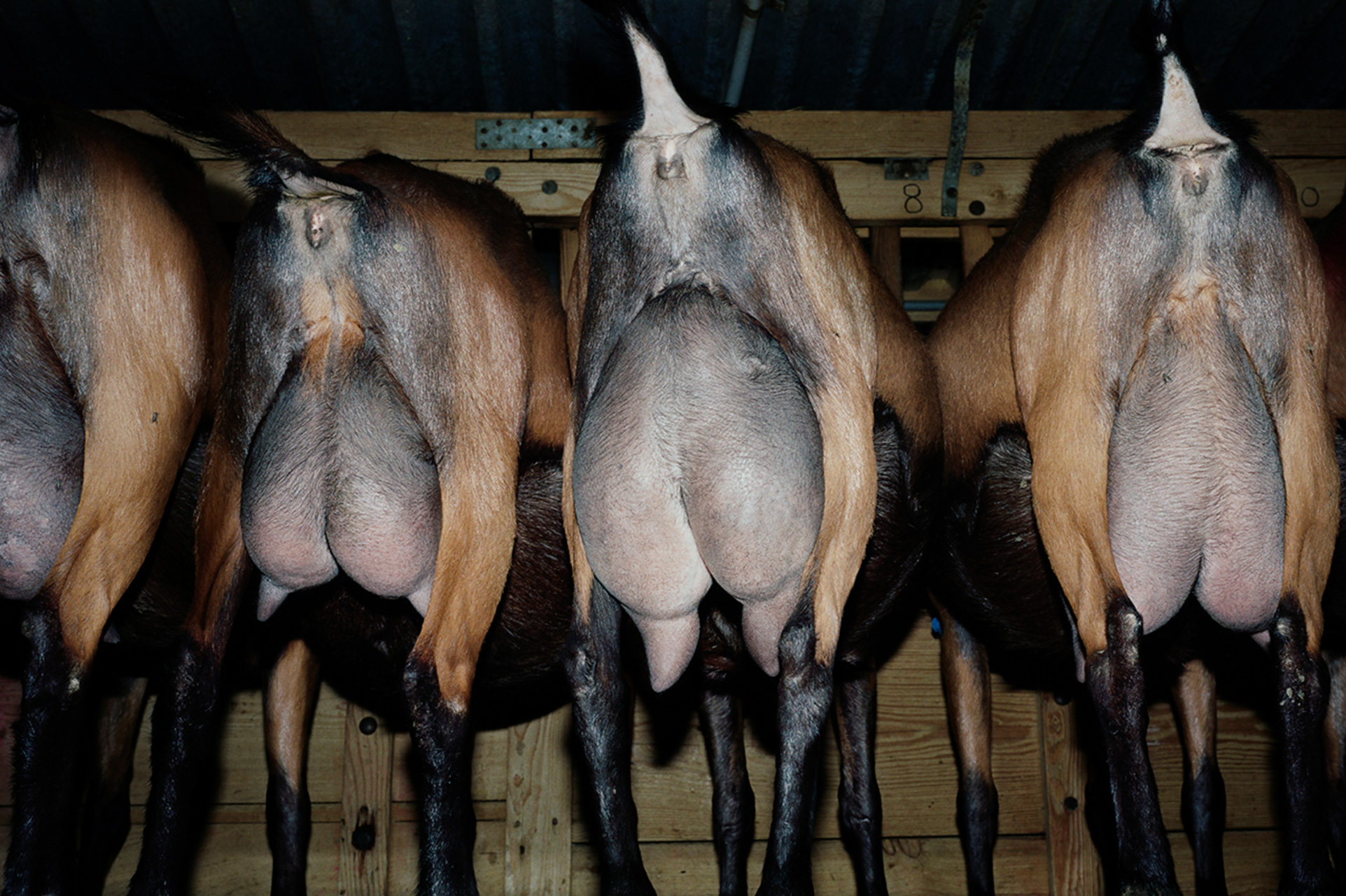 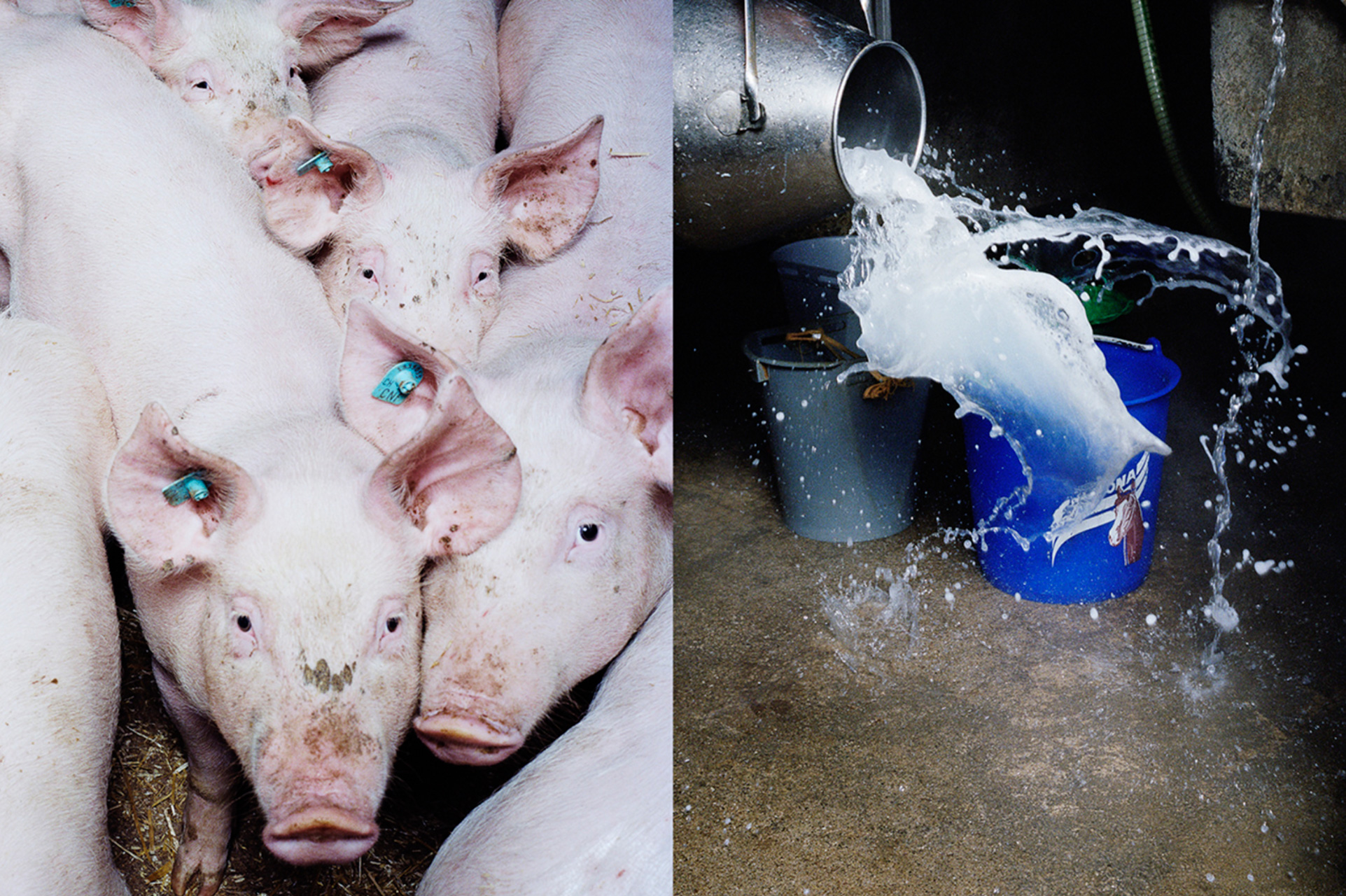 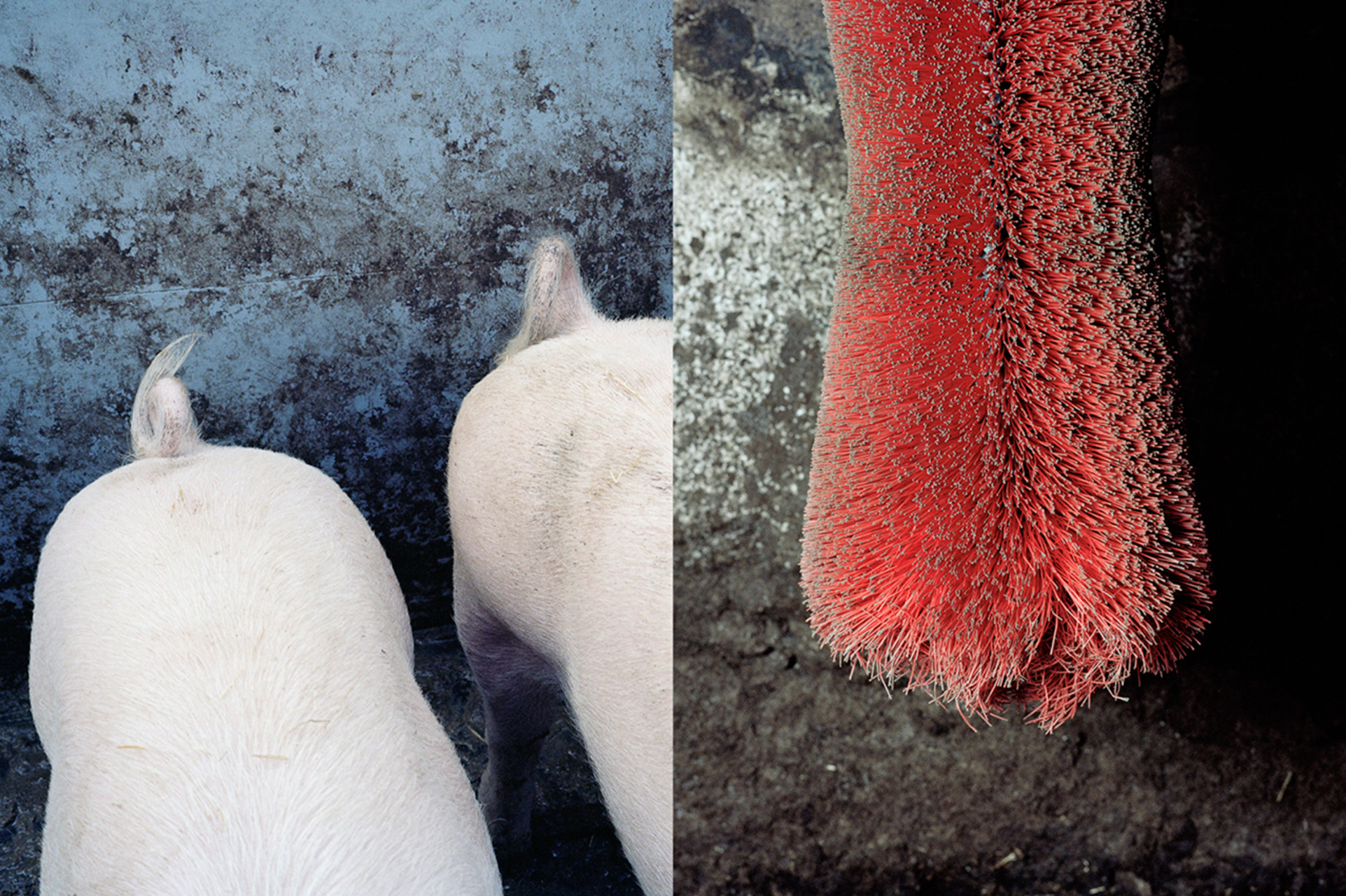 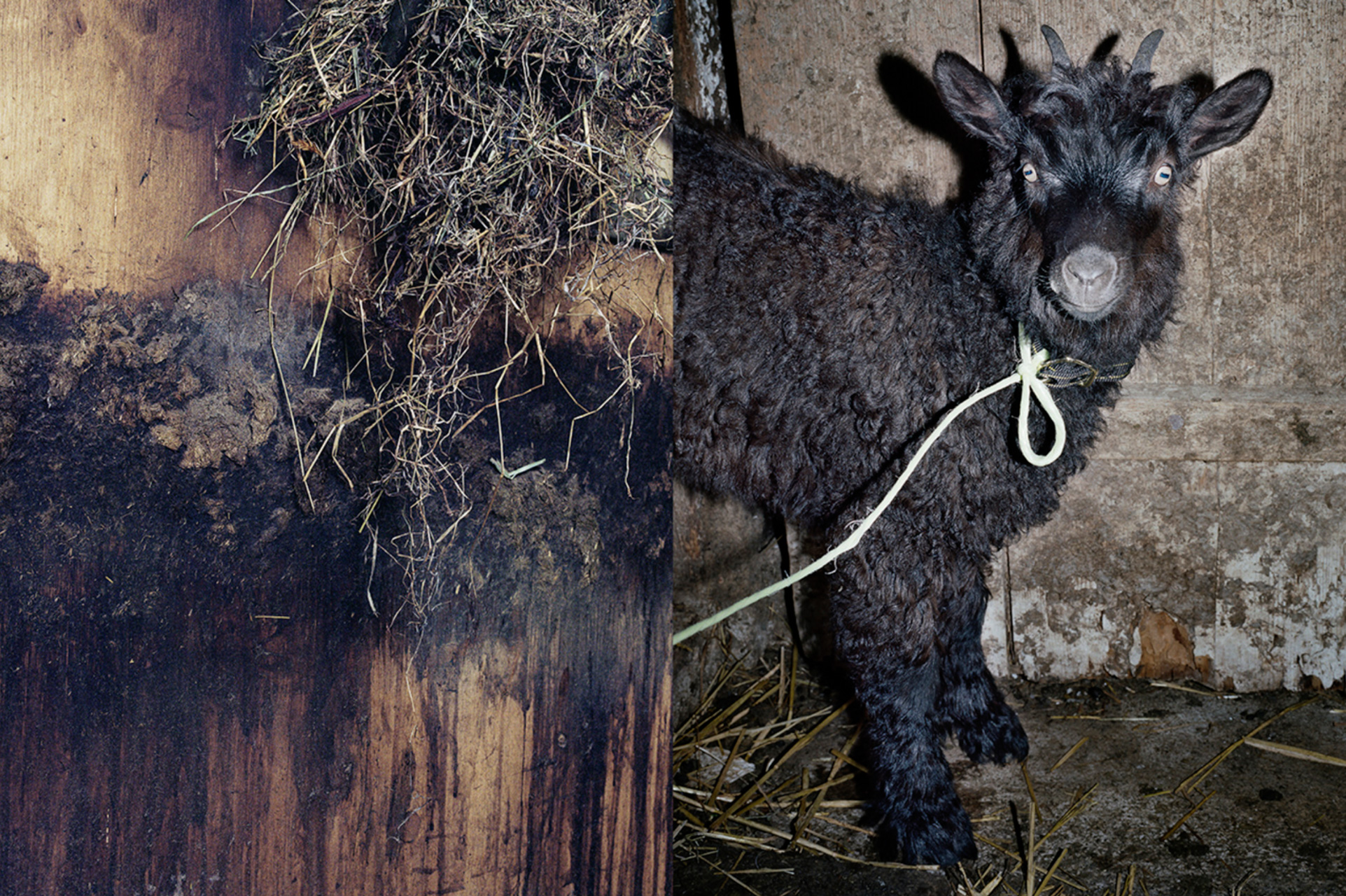 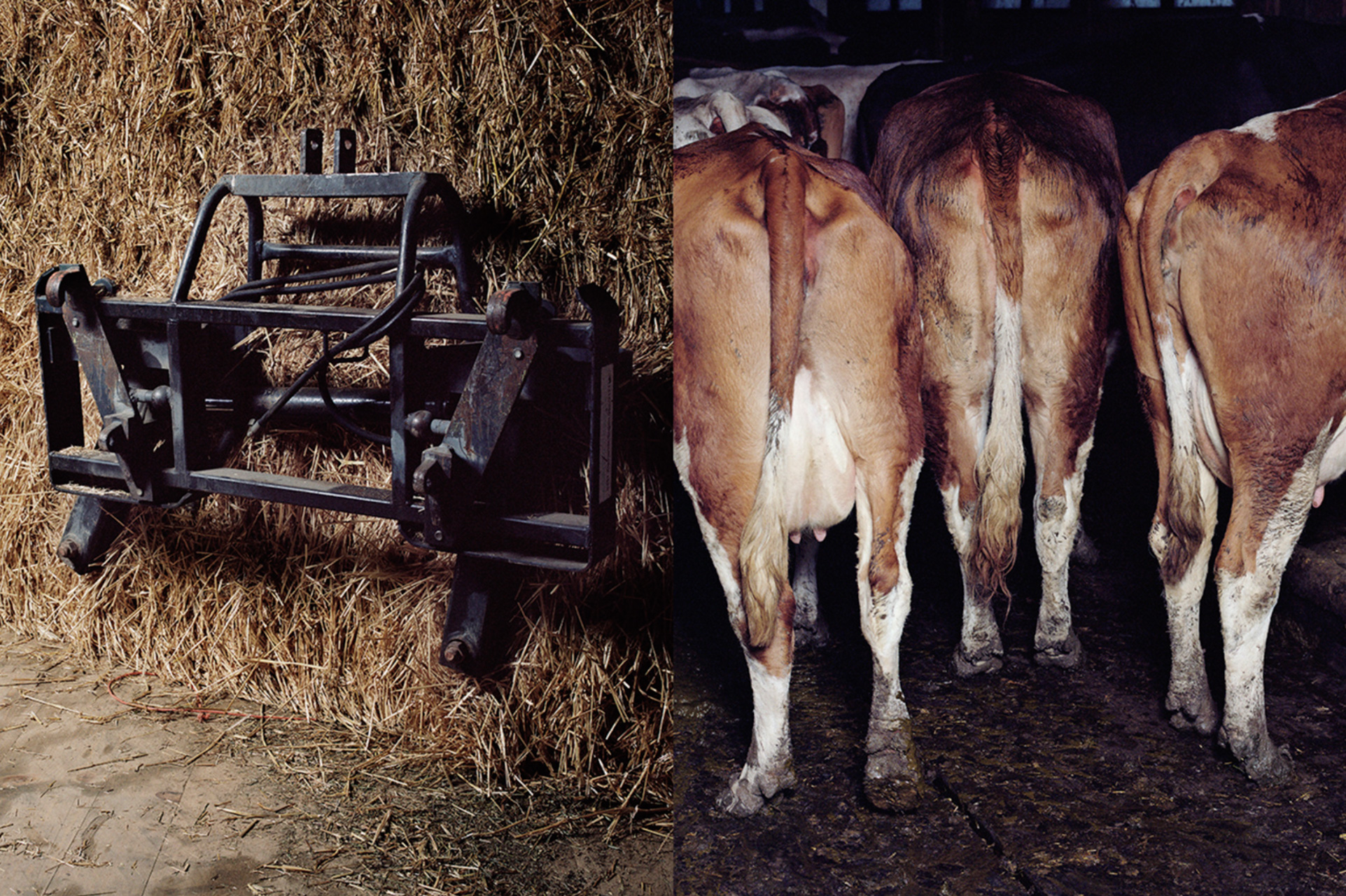 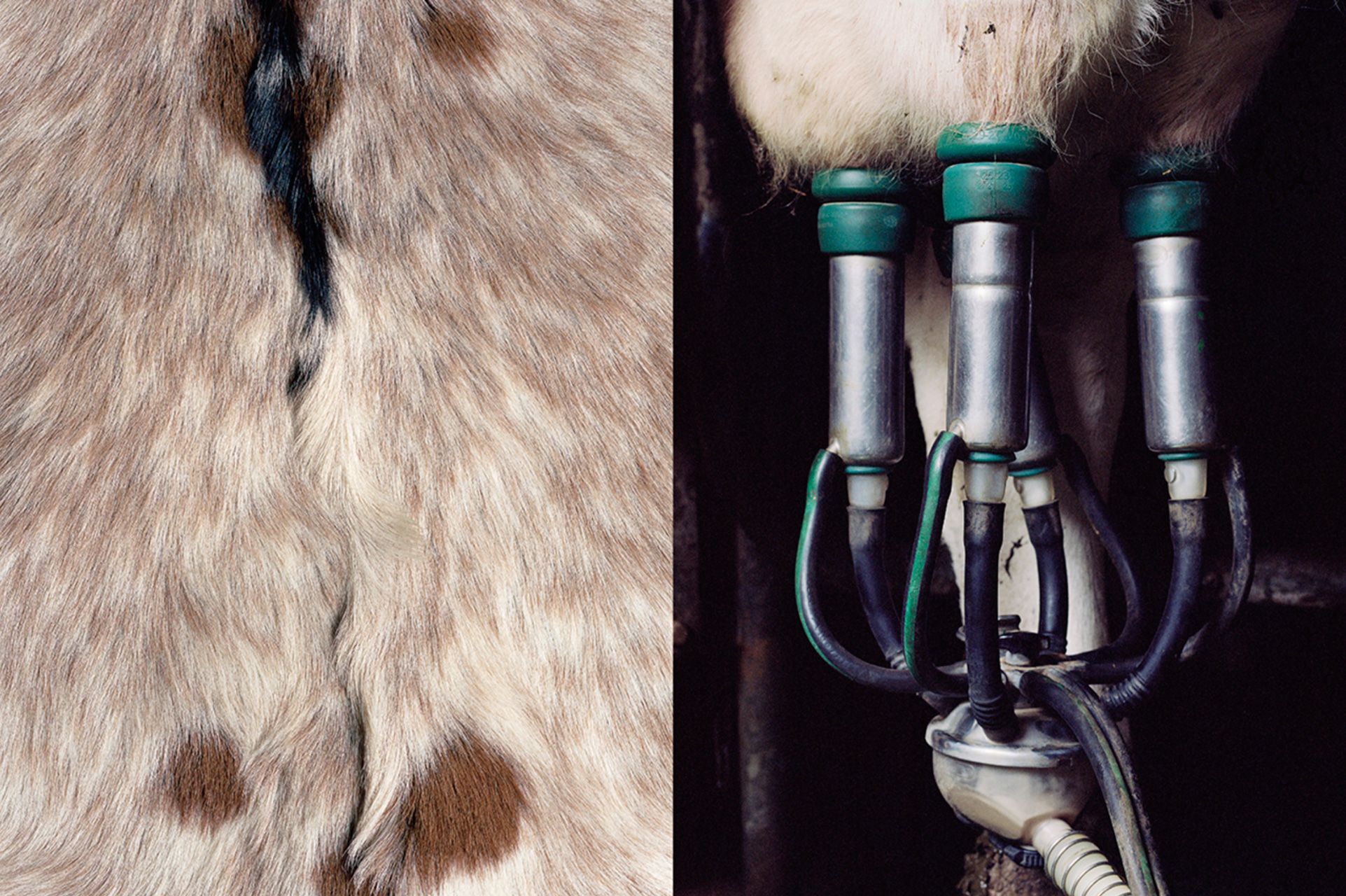 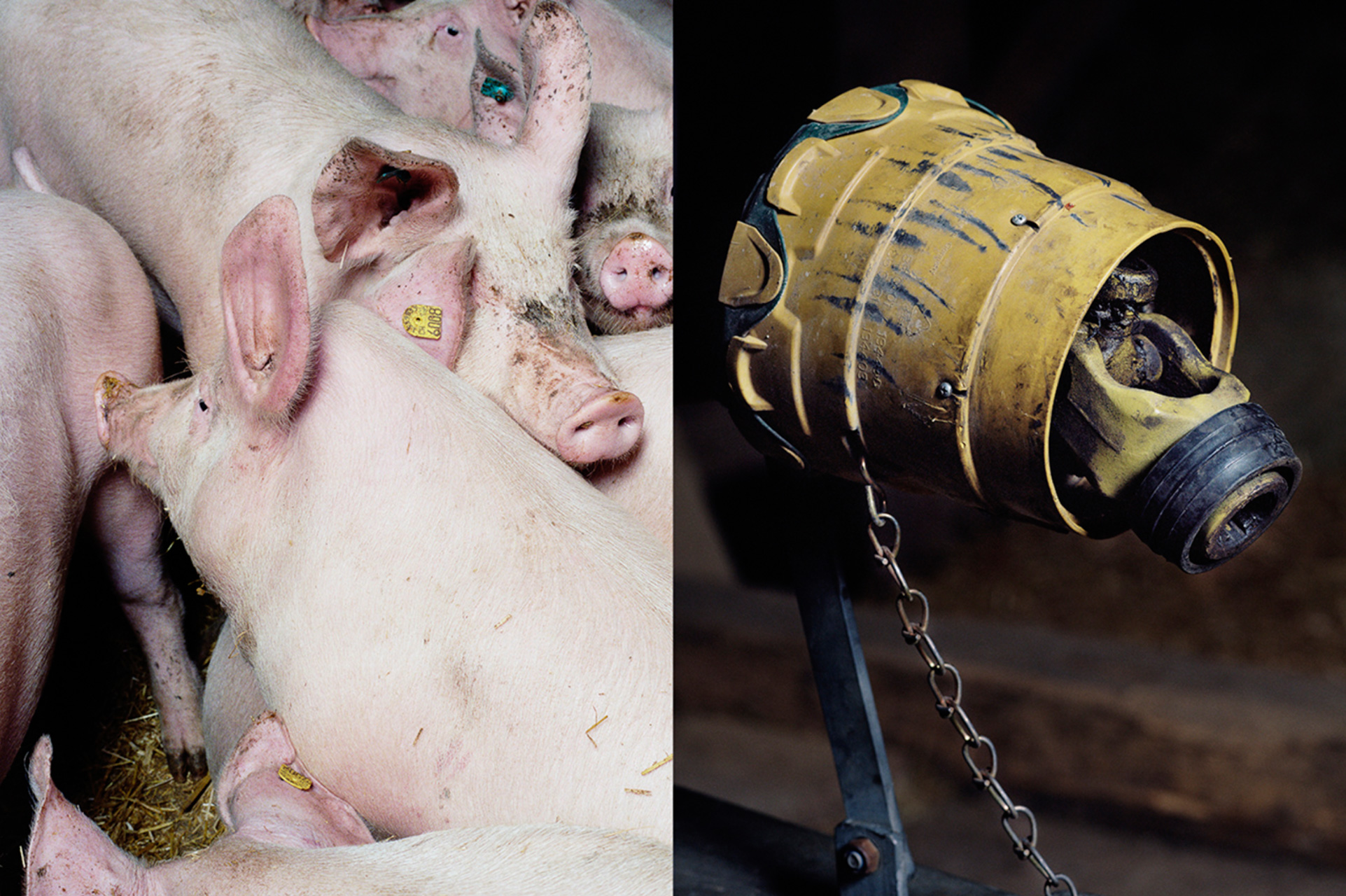 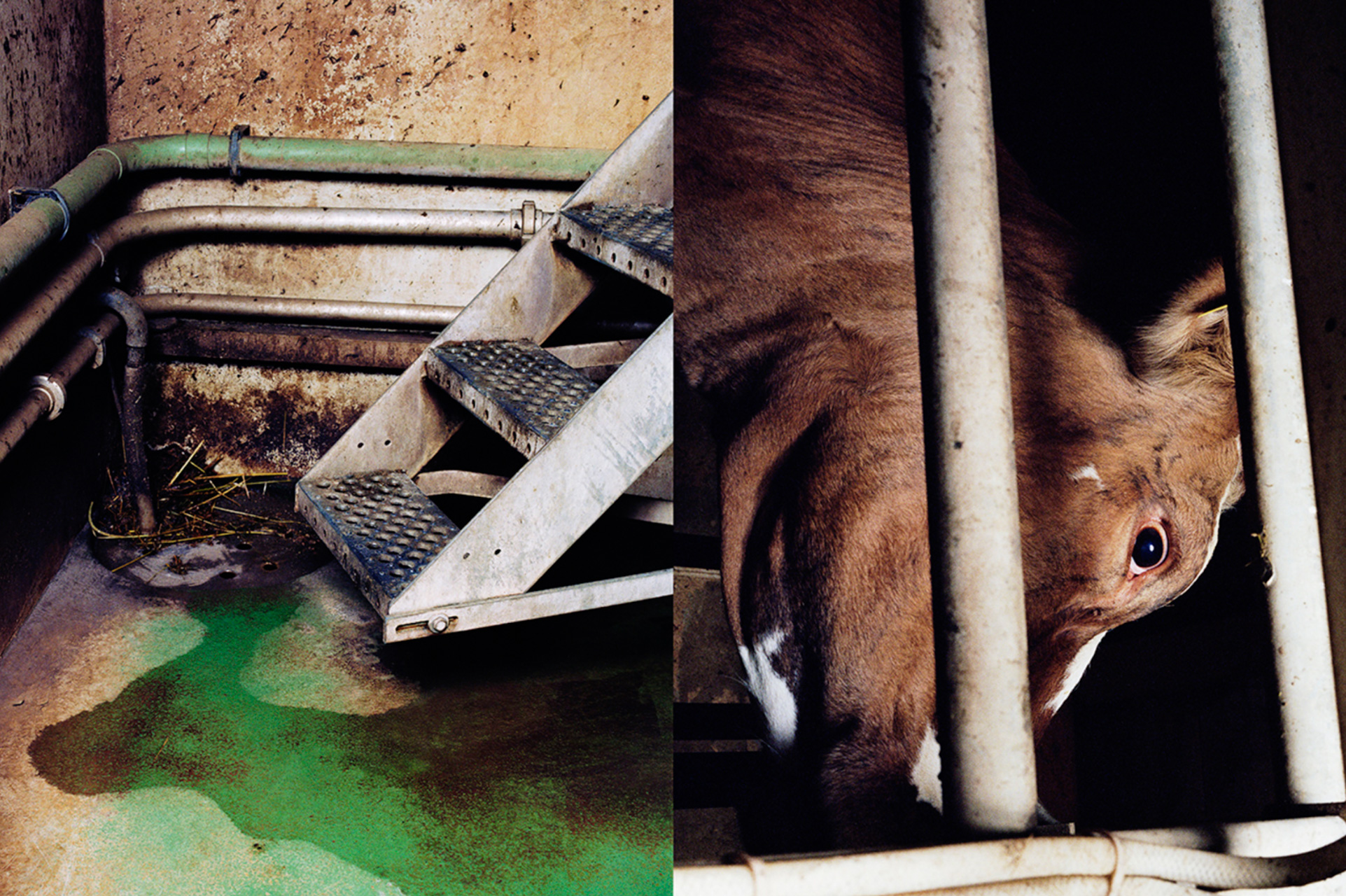 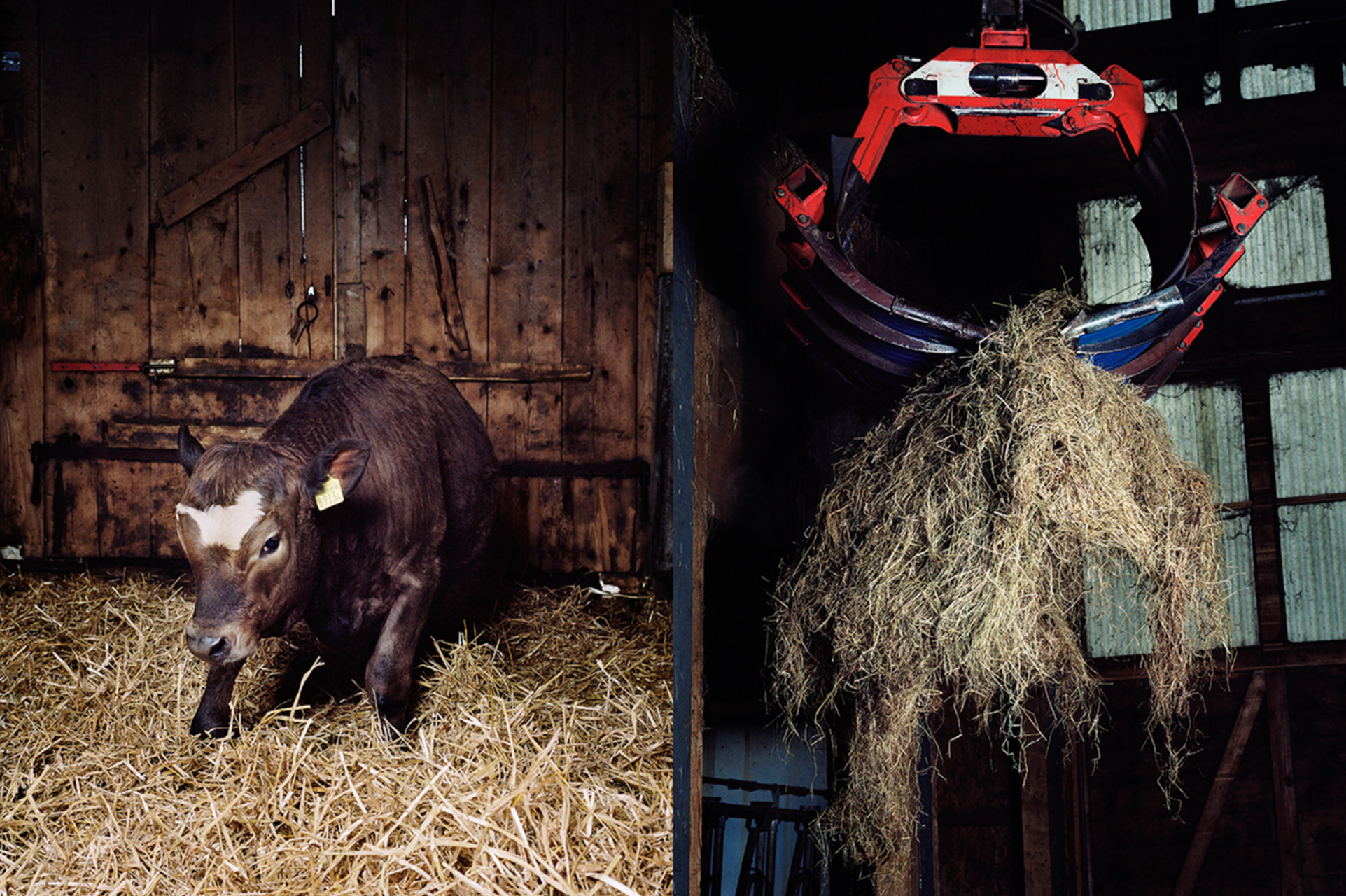 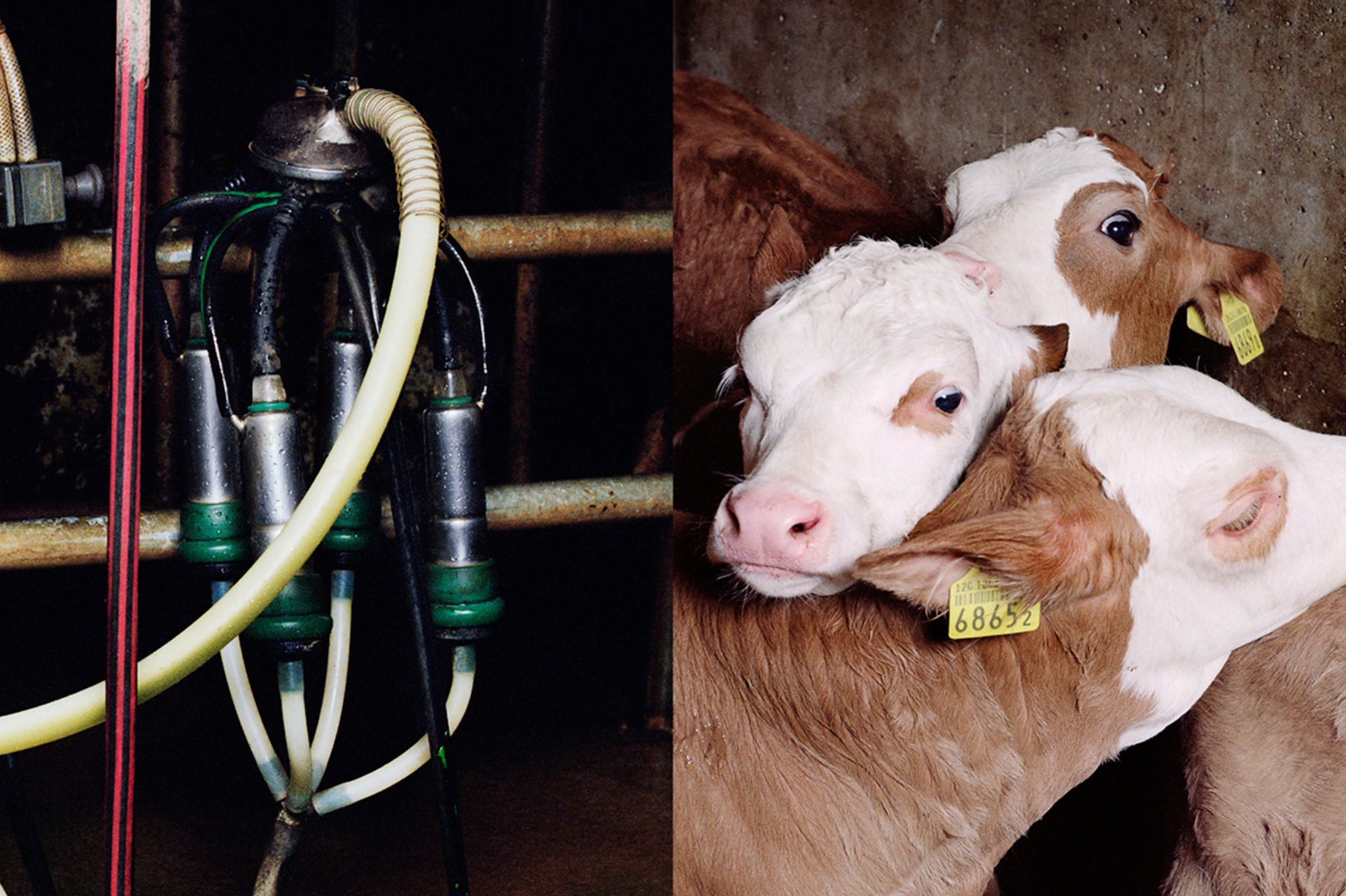 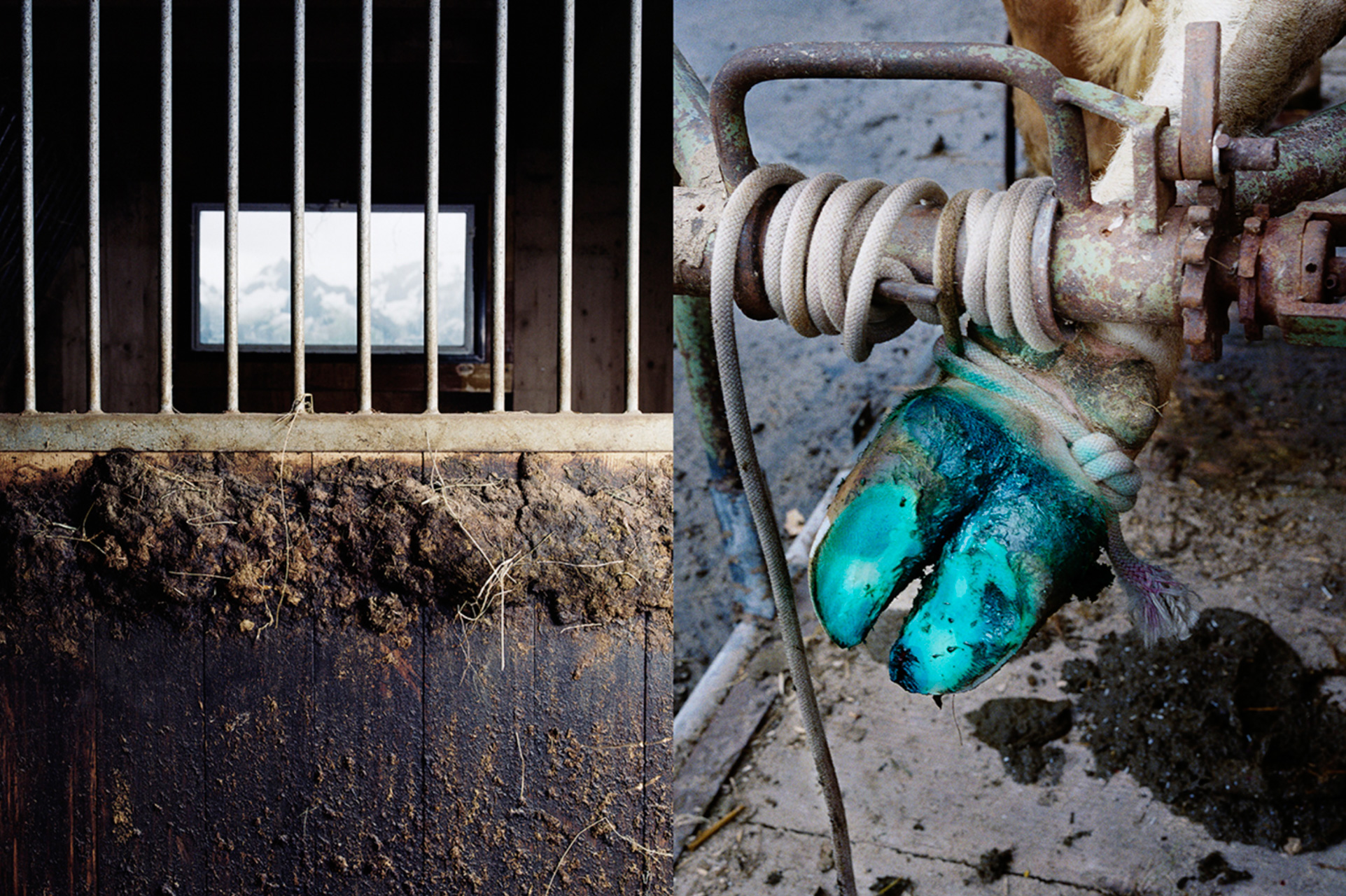 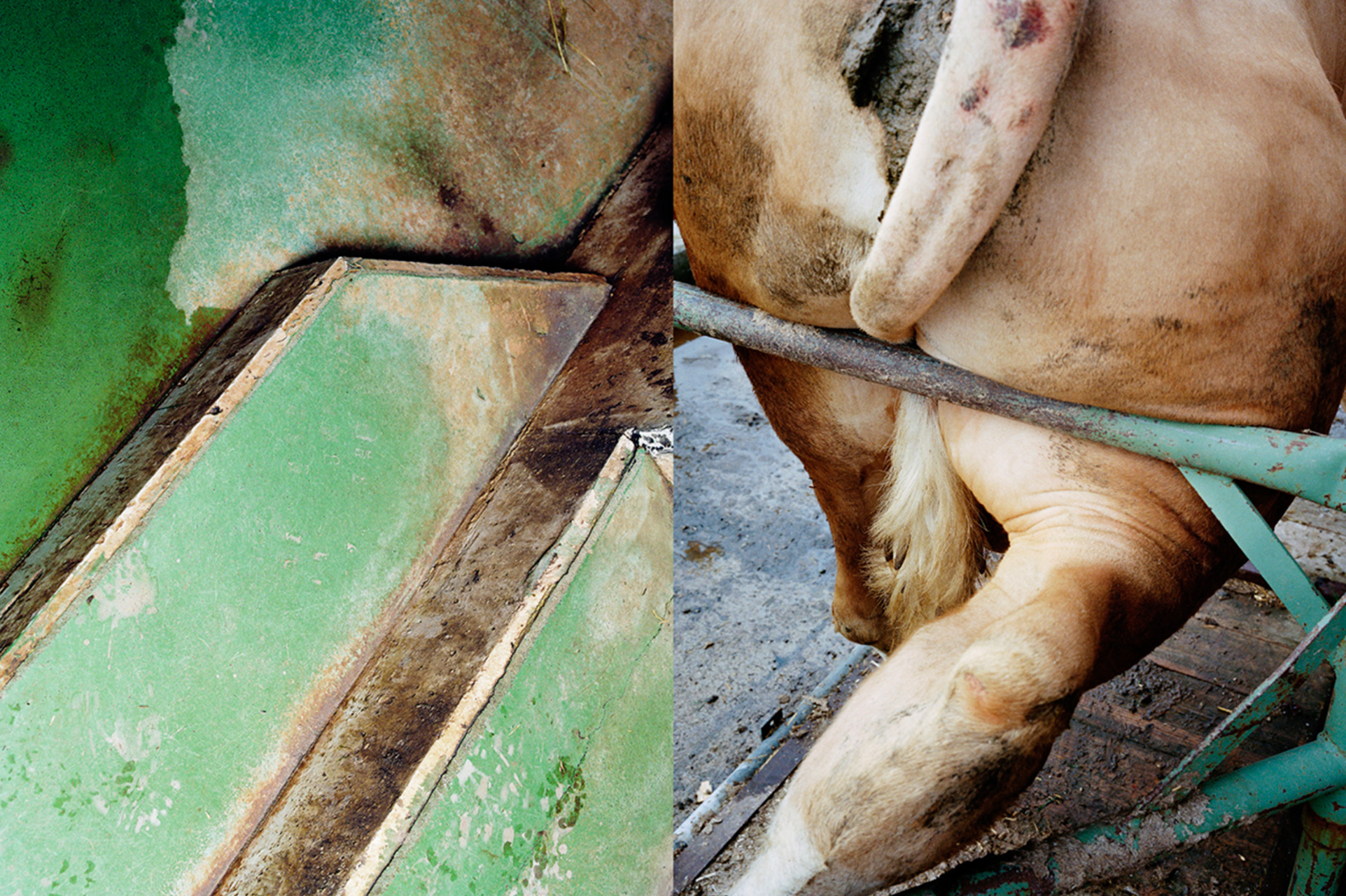 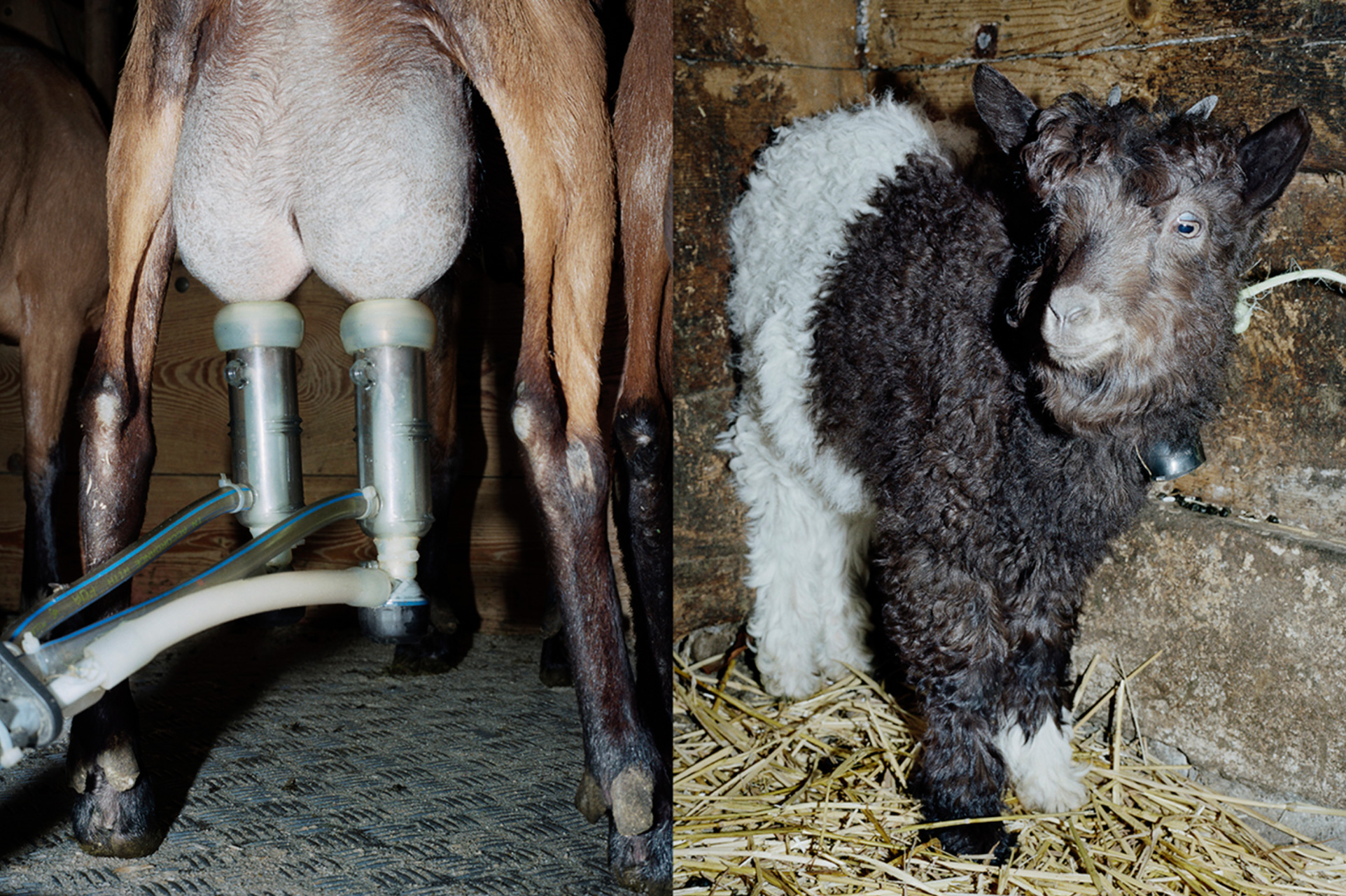 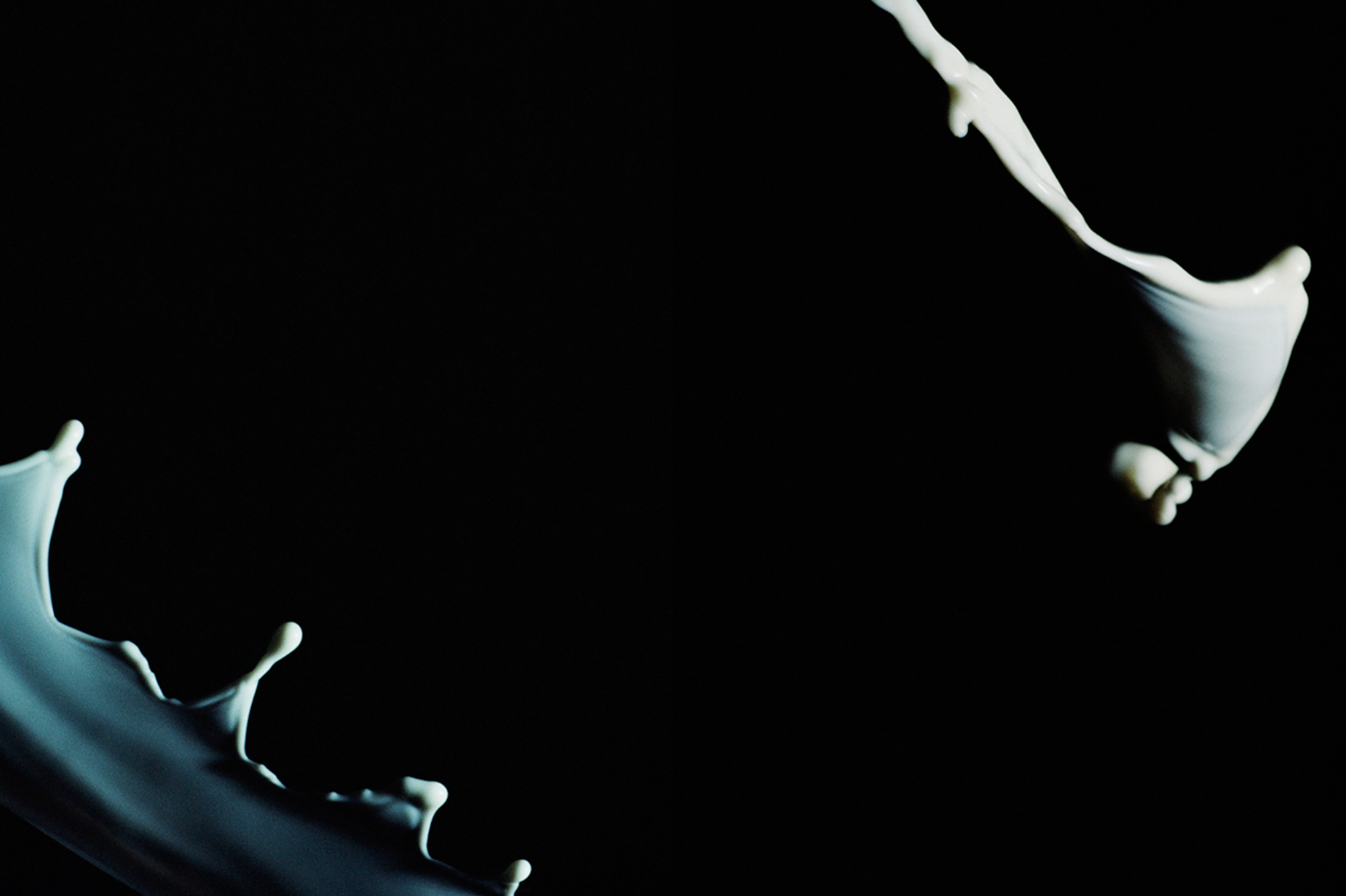 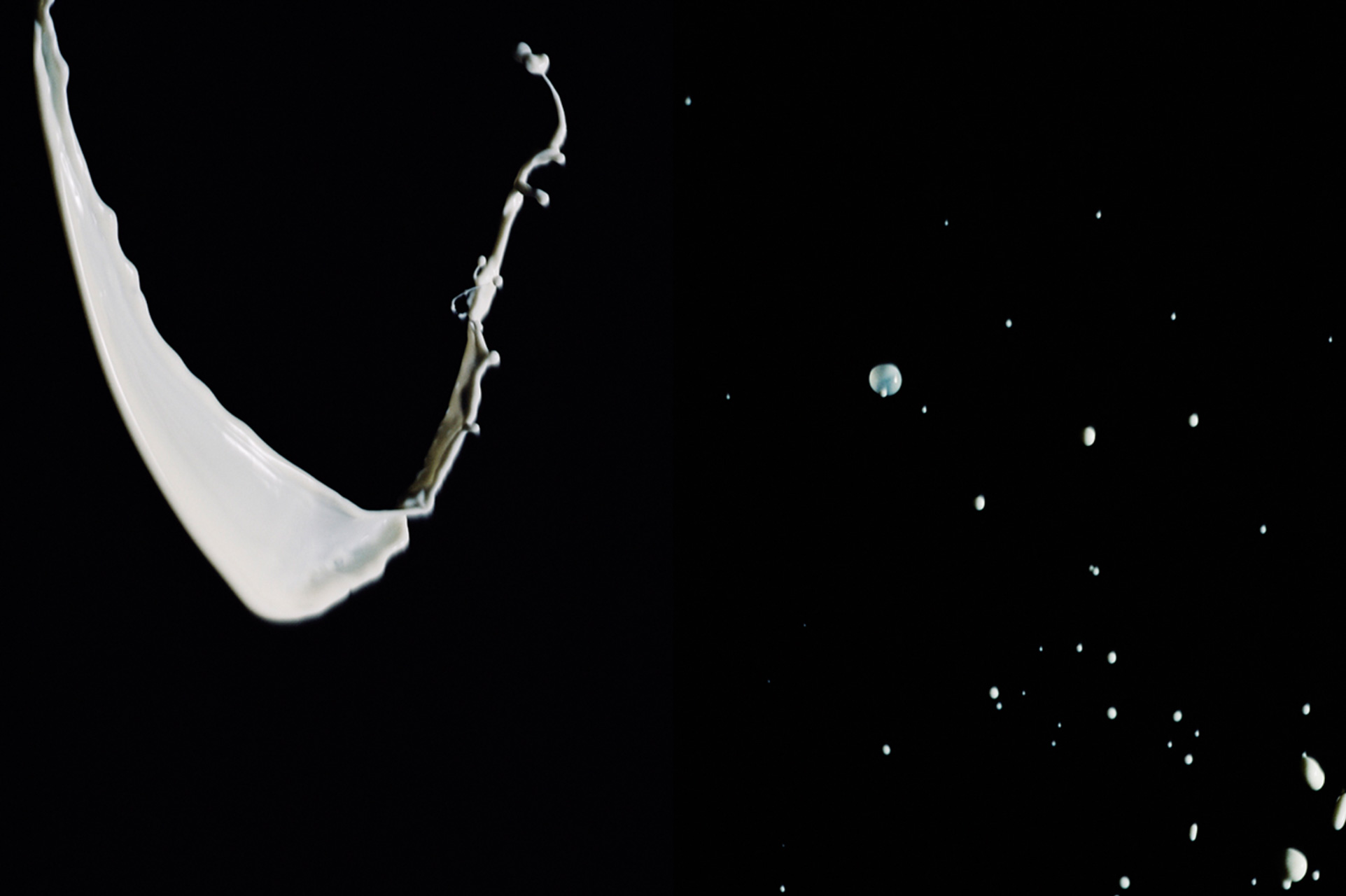 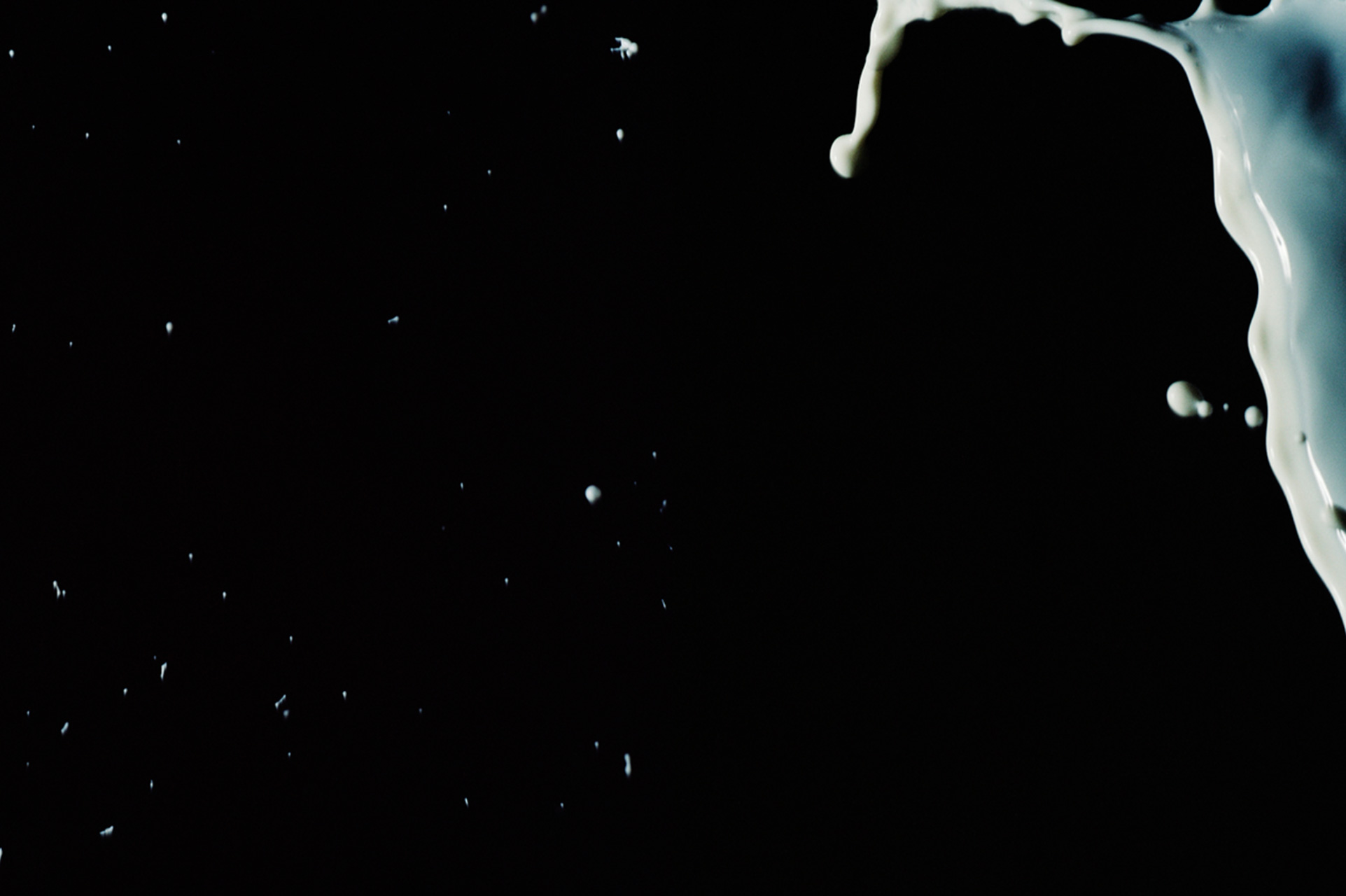 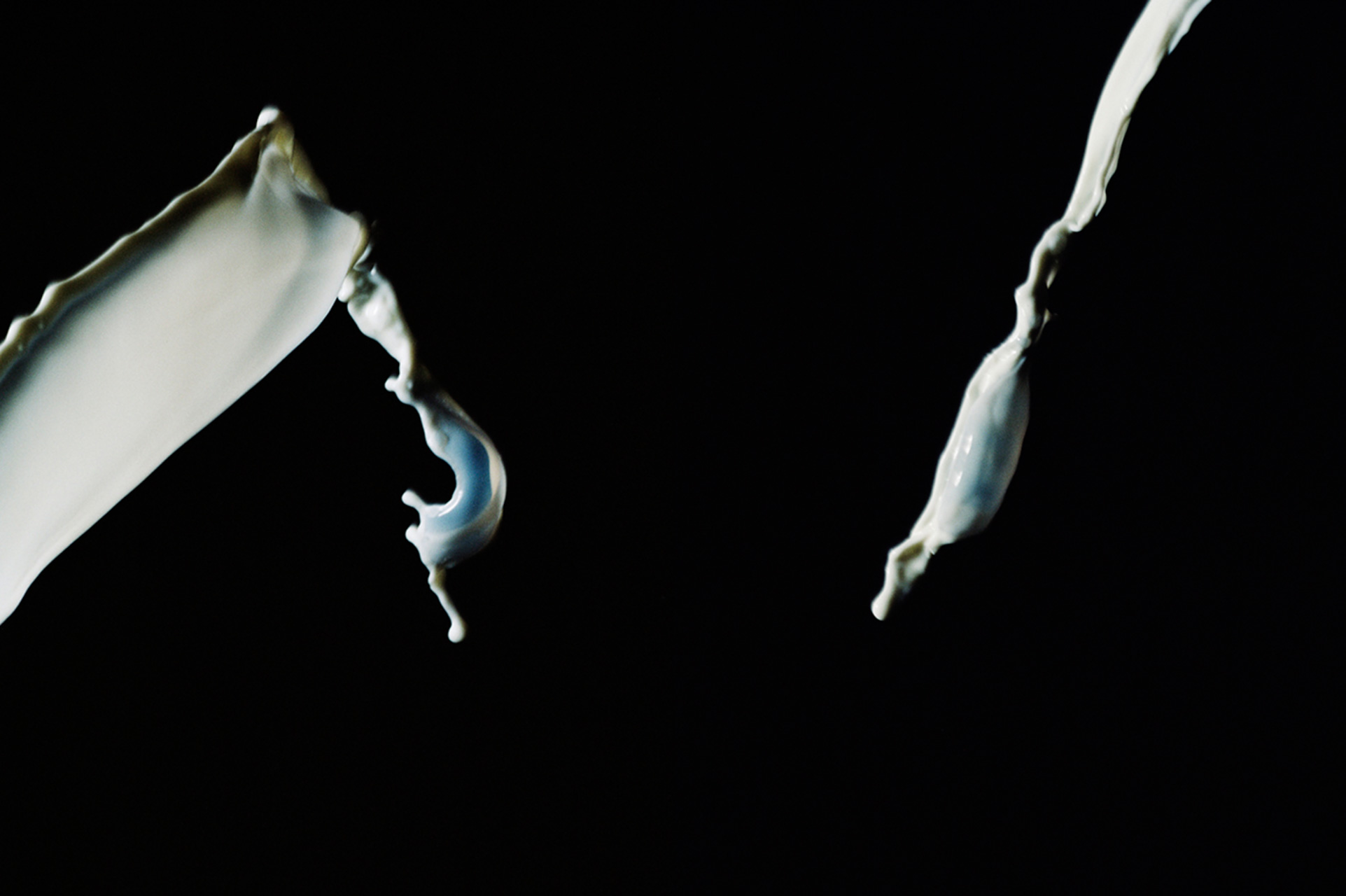 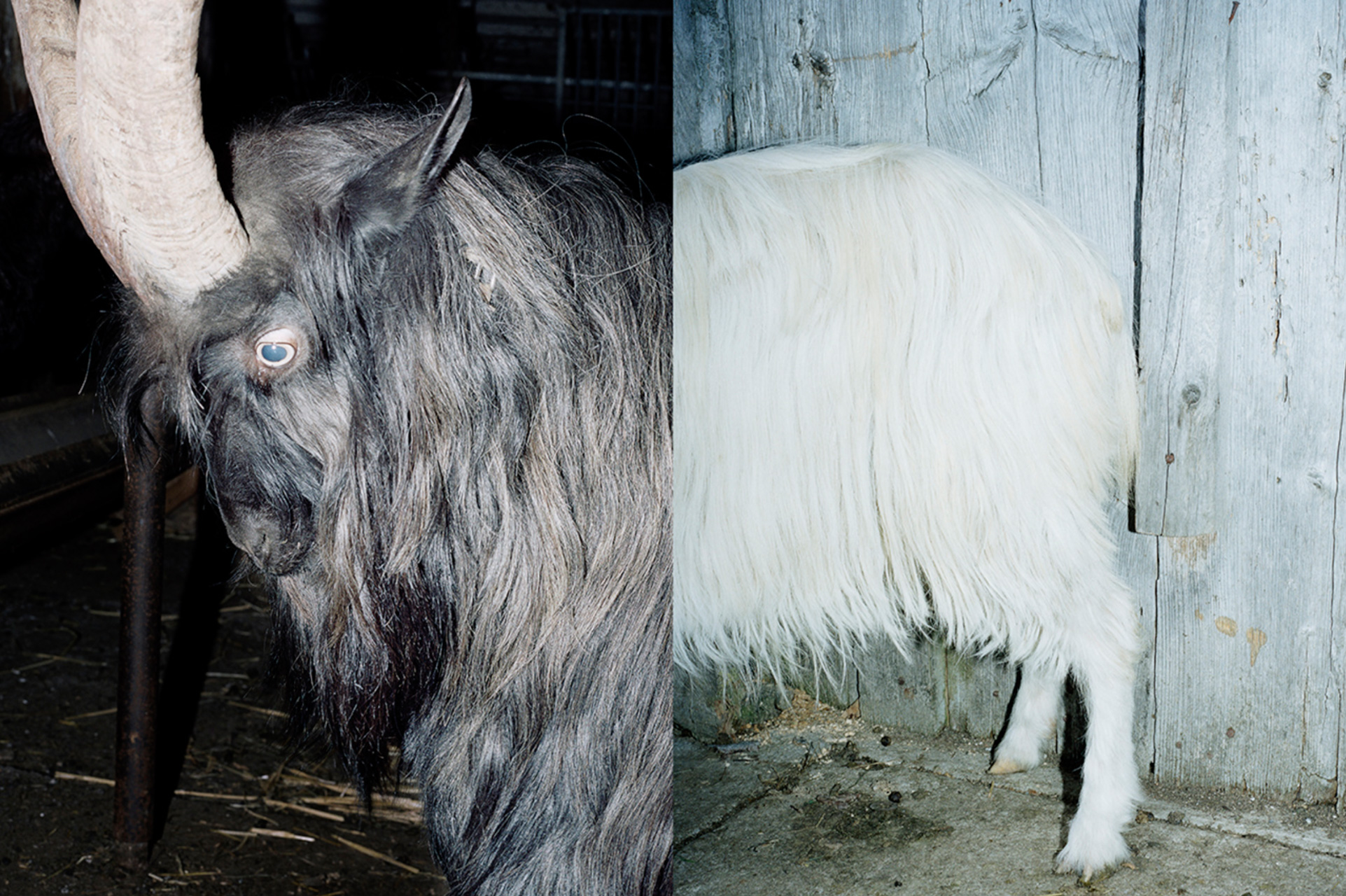 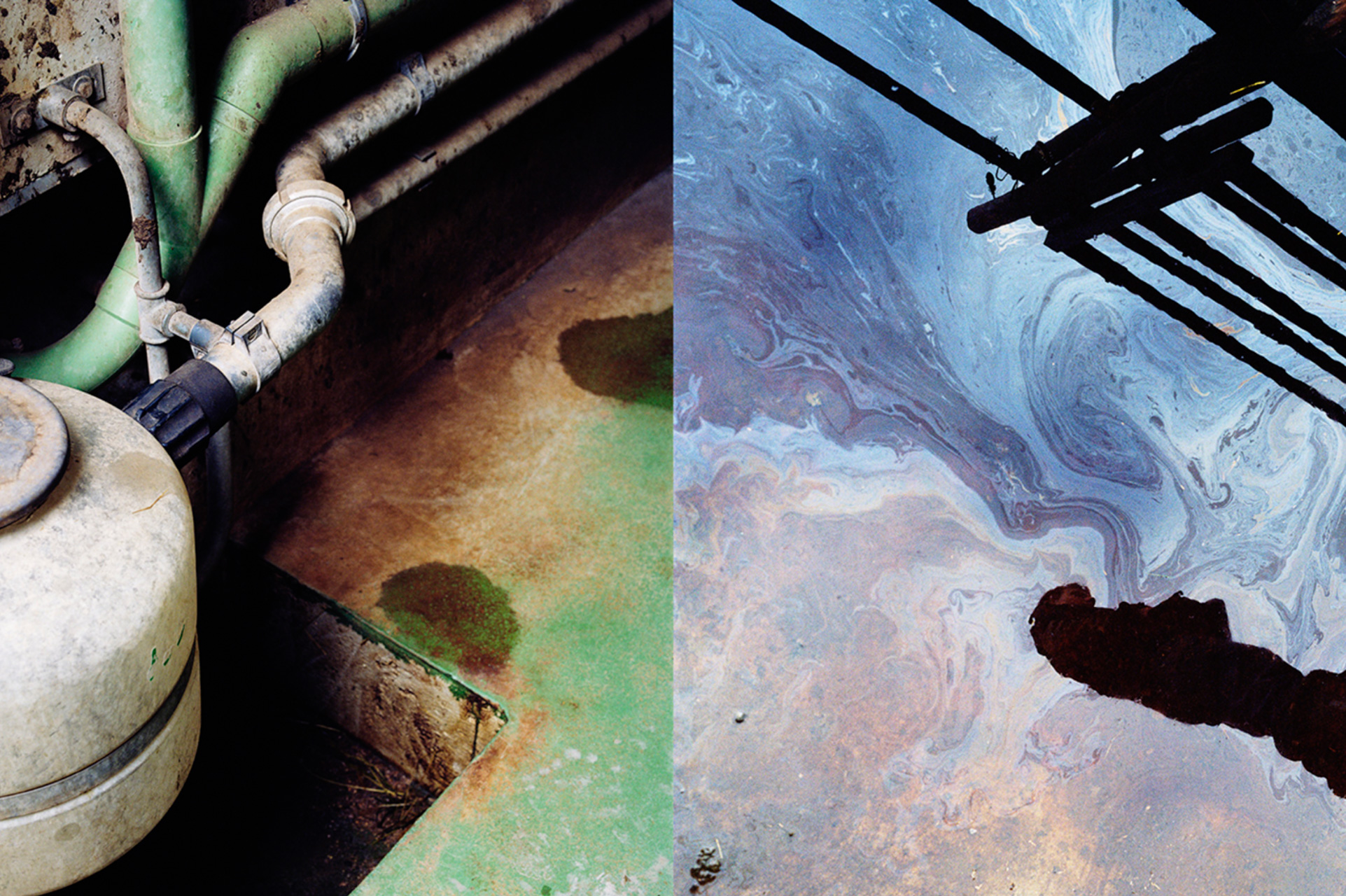 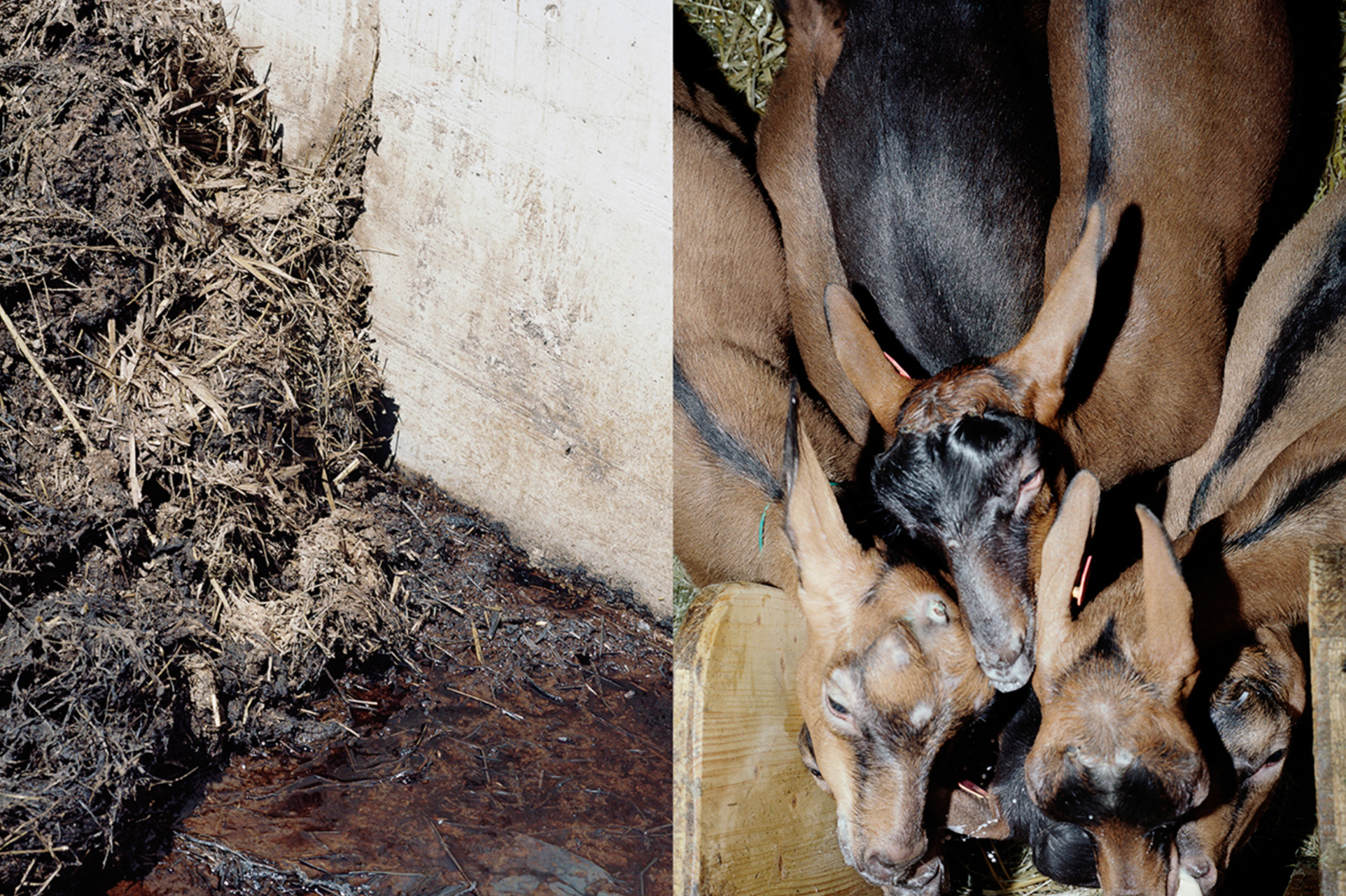 Shot in the Fribourg mountains, Diane Deschenaux’s (b. 1990, Switzerland) series entitled 0.65, which according to the artist is the typical price of Swiss milk, is a study of Switzerland’s farming industry as it underwent a period of heavy economic strain due to milk overproduction.

Some of her image combinations appear playful, almost childlike, a reference perhaps to her childhood spent in a farm environment. She features animals at bizarre angles caught in intrusive flashes alongside fantastical elements like vividly coloured fluids and oddly shaped objects. The resulting diptychs reveal the artist’s conflict with her subject matter, pitting her idealized memories of the countryside against her more mature, critical perspective of reality.

Poked, prodded and tagged, animals reared for food are tied up and cornered, organized as products rather than living beings. With photographs of tangled up limbs and isolated animal heads, Deschenaux makes a comment on the disconnect in the modern world about the reality of where our food actually comes from.

One can’t help but wonder, are the distressing images in 0.65 a portrayal of an economic problem or a human one?