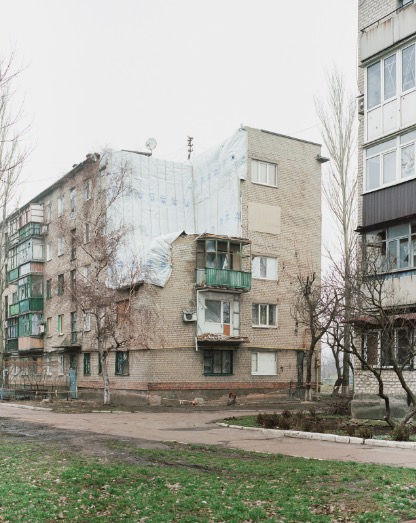 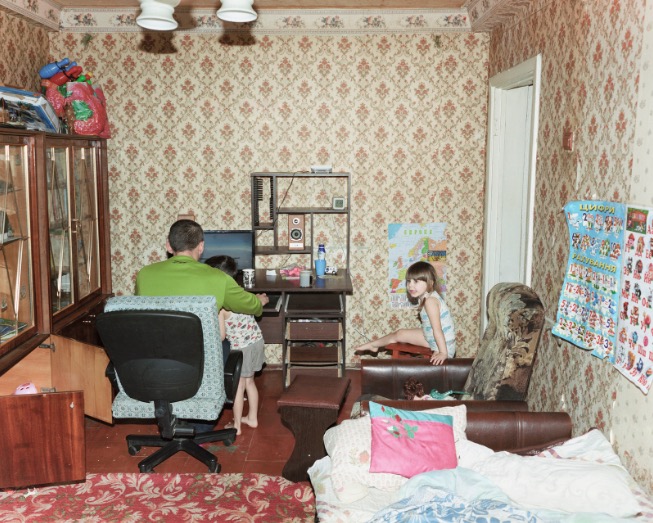 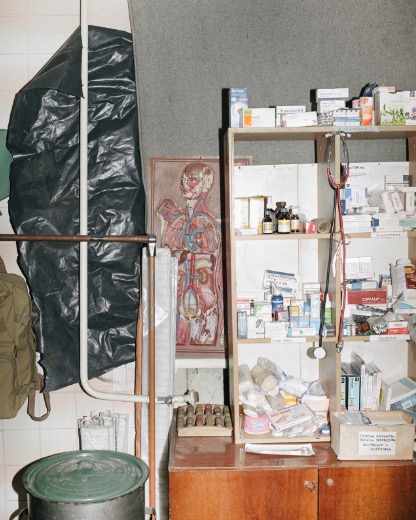 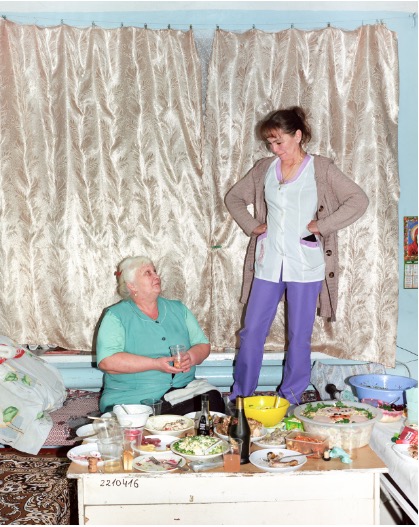 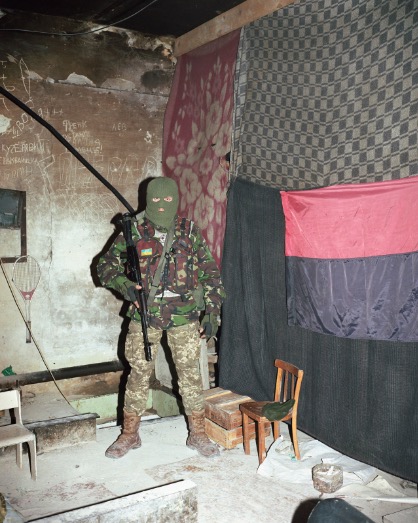 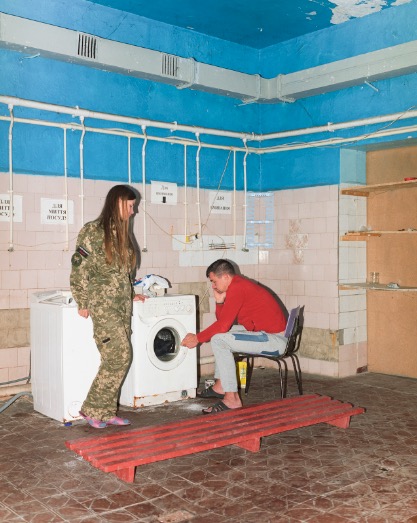 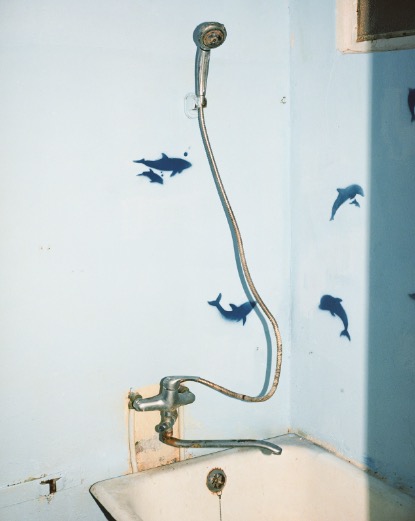 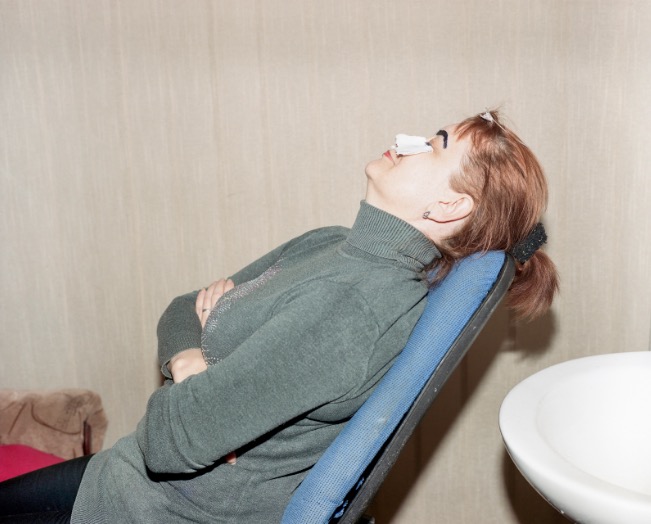 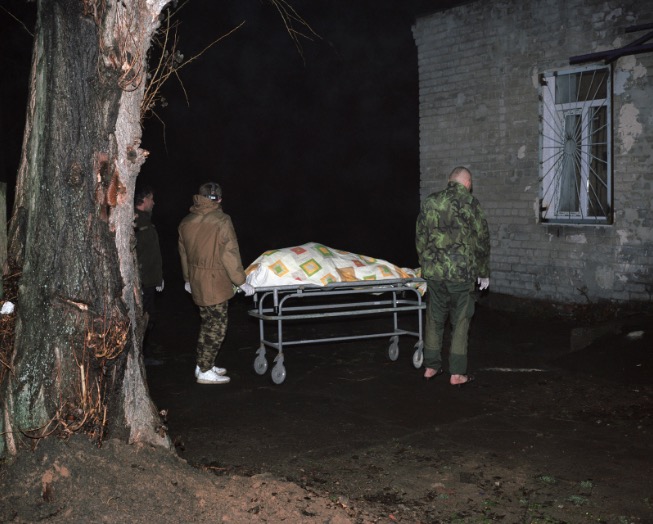 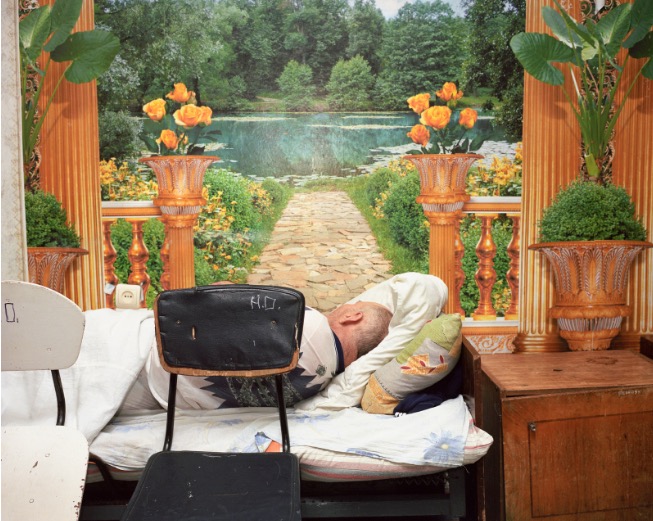 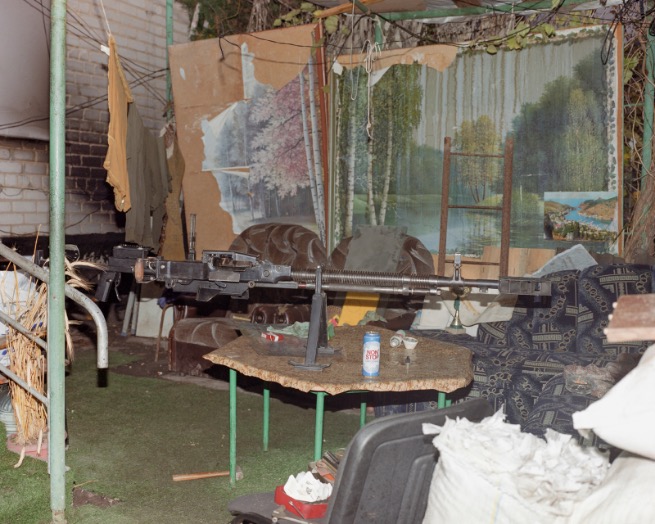 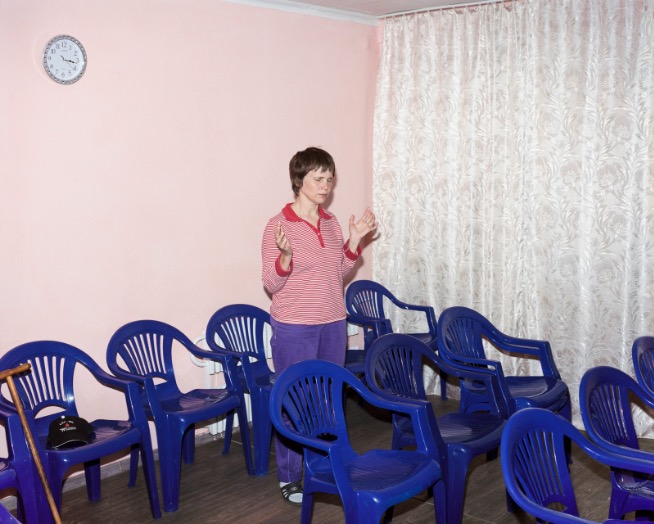 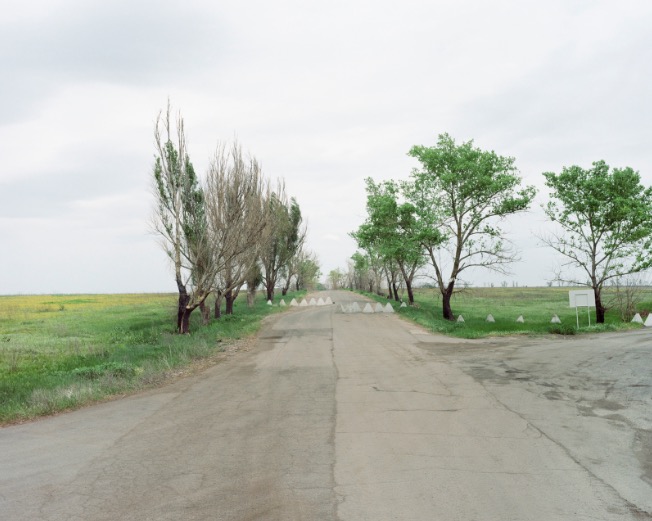 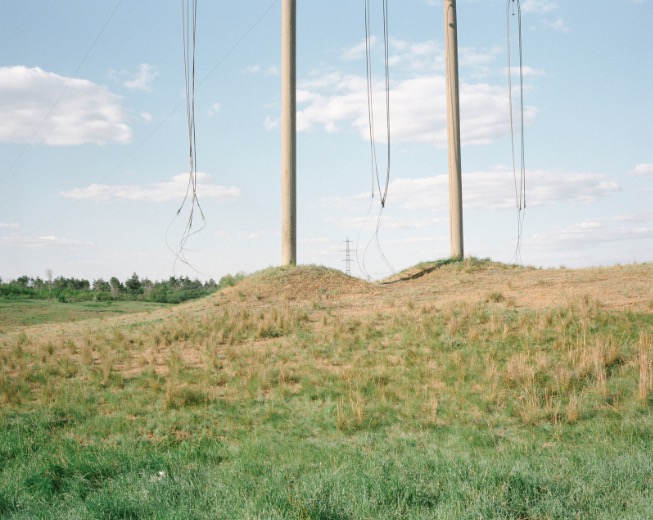 Polish photographer Jan Jurczak (b. 1996, Poland), at the age of 23, documented the armed conflict that has been raging in the Eastern Ukraine since 2014. His project, Life Goes On, is comprised of well-thought photo compositions that he created with the use of flash. Particularly attached to one local community in Avdiivka, a suburb of the city of Donetsk, Jurczak portrayed several people there who eventually became the strong characters of this visual narrative. Among them: Irina, a makeup artist whose son was killed by shelling, and also mother and daughter Tanya and Kristina. Sadly enough, these women lost their houses as a result of the bombing and now have to sleep, cook and hang out in a tiny corner of the room that also serves as the Protestant church of the community.

Although the media almost never mention the ongoing conflict in Ukraine, the citizens of Donetsk and Luhansk continue experiencing a fear of dying, losing a family member or are simply being left homeless. When working in war zones, many photographers feel the apparent need to deliver a spectacle which should then trigger a shocked reaction in the viewer. But then the public is also left frustrated: for how to respond to such images of horror, published in magazines or exhibited in galleries? With Life Goes On, Jurczak offers a different approach: instead of merely exposing the residents, he actually supports them through the Peace and Love Initiative. This crowd-fund campaign aims to help these families to buy heaters, electric cookers, beds, towels, among other necessities.

Jurczak”s work can be seen at International Photography Festival Krakow Photomonth, 24 May – 23 June 2019.

Vikesh Kapoor: See You At Home

In ‘See You at Home’ the Pennsylvania based photographer and musician Vikesh Kapoor (b. 1985) explores the latent sense of loss from one’s heritage, while ageing as an immigrant in a non-native culture. It is a personal narrative, centered around family hi...

For as long as she can remember, the Peruvian photographer Sharon Castellanos (b. 1989) was intrigued by the medium of photography. It started by collecting pictures, which her father – a radio operator on a merchant ship – to...