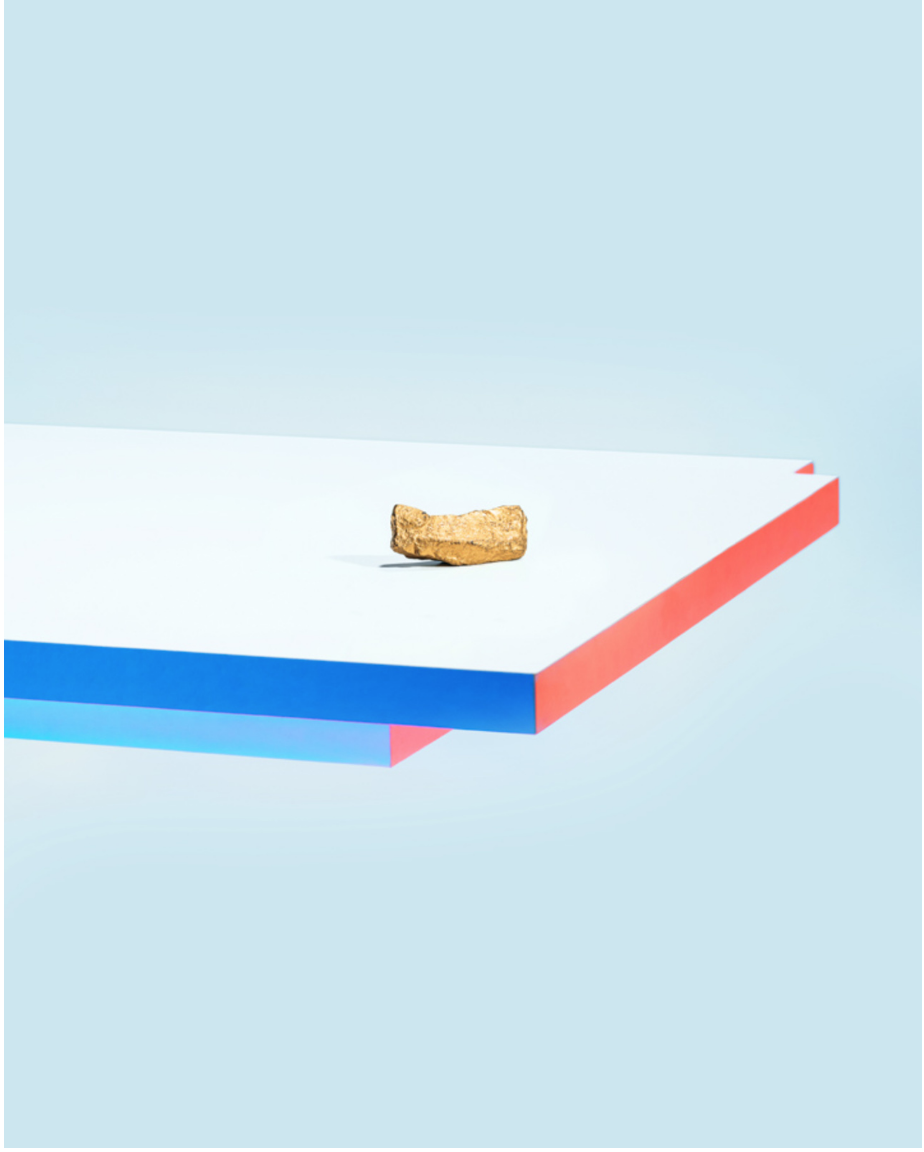 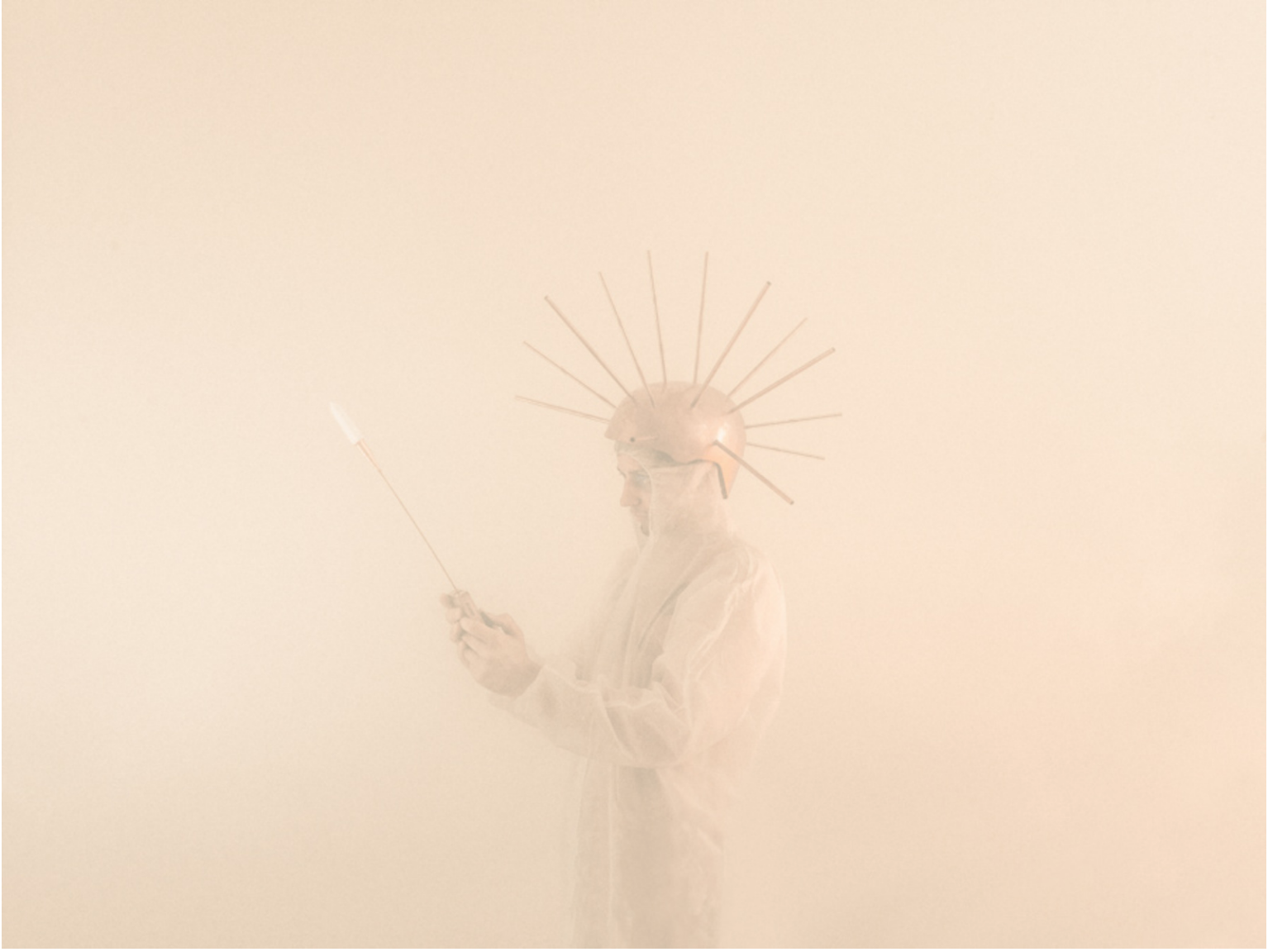 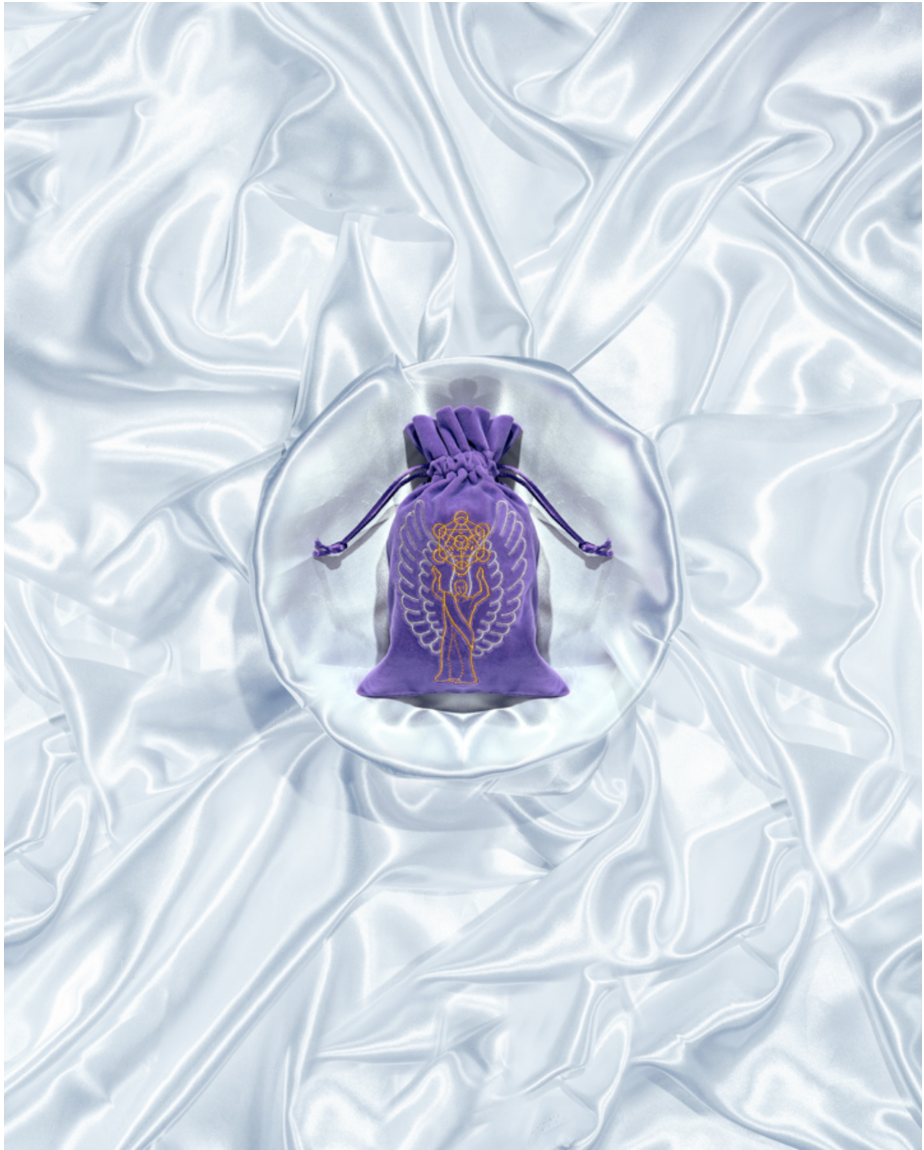 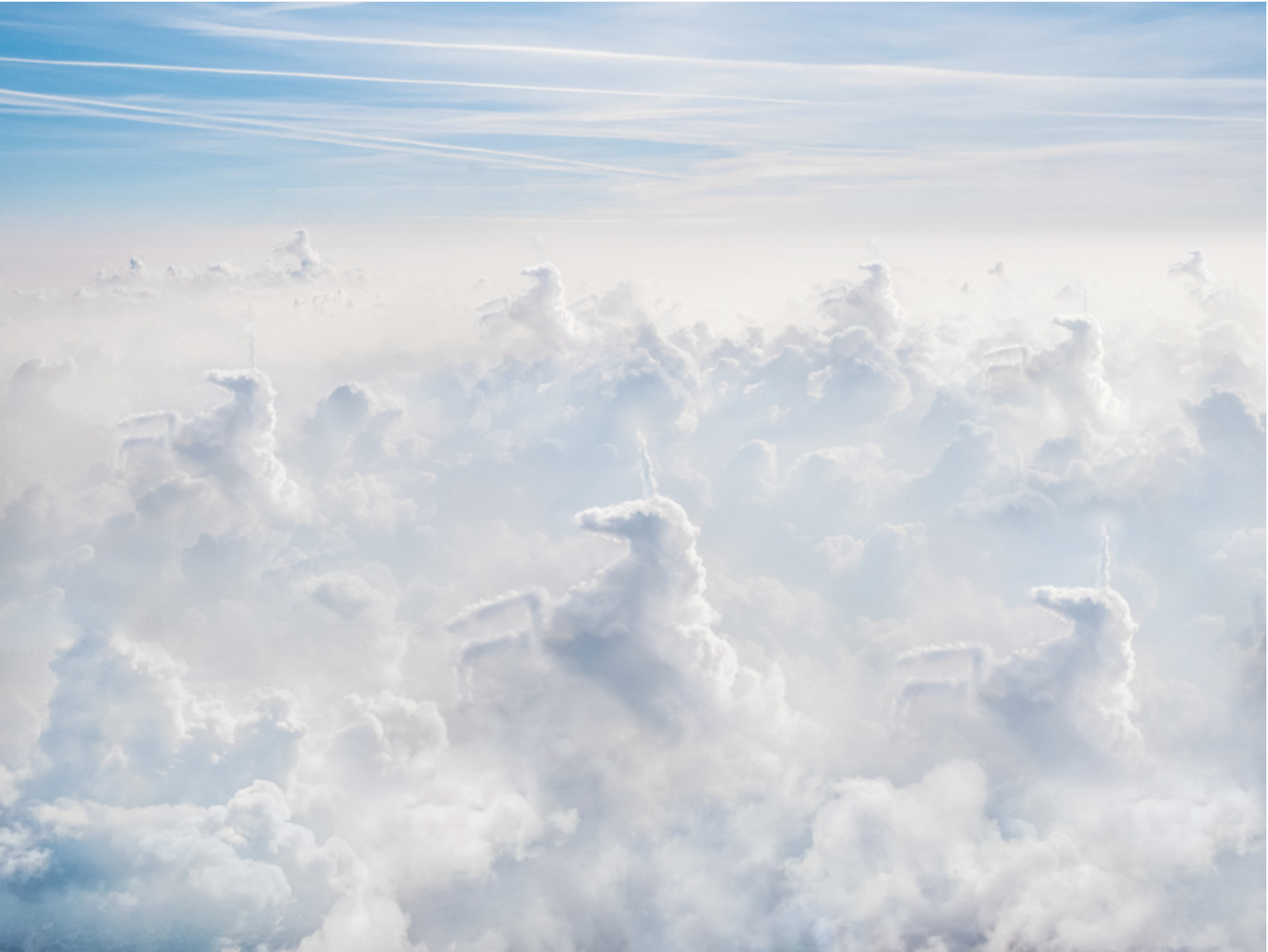 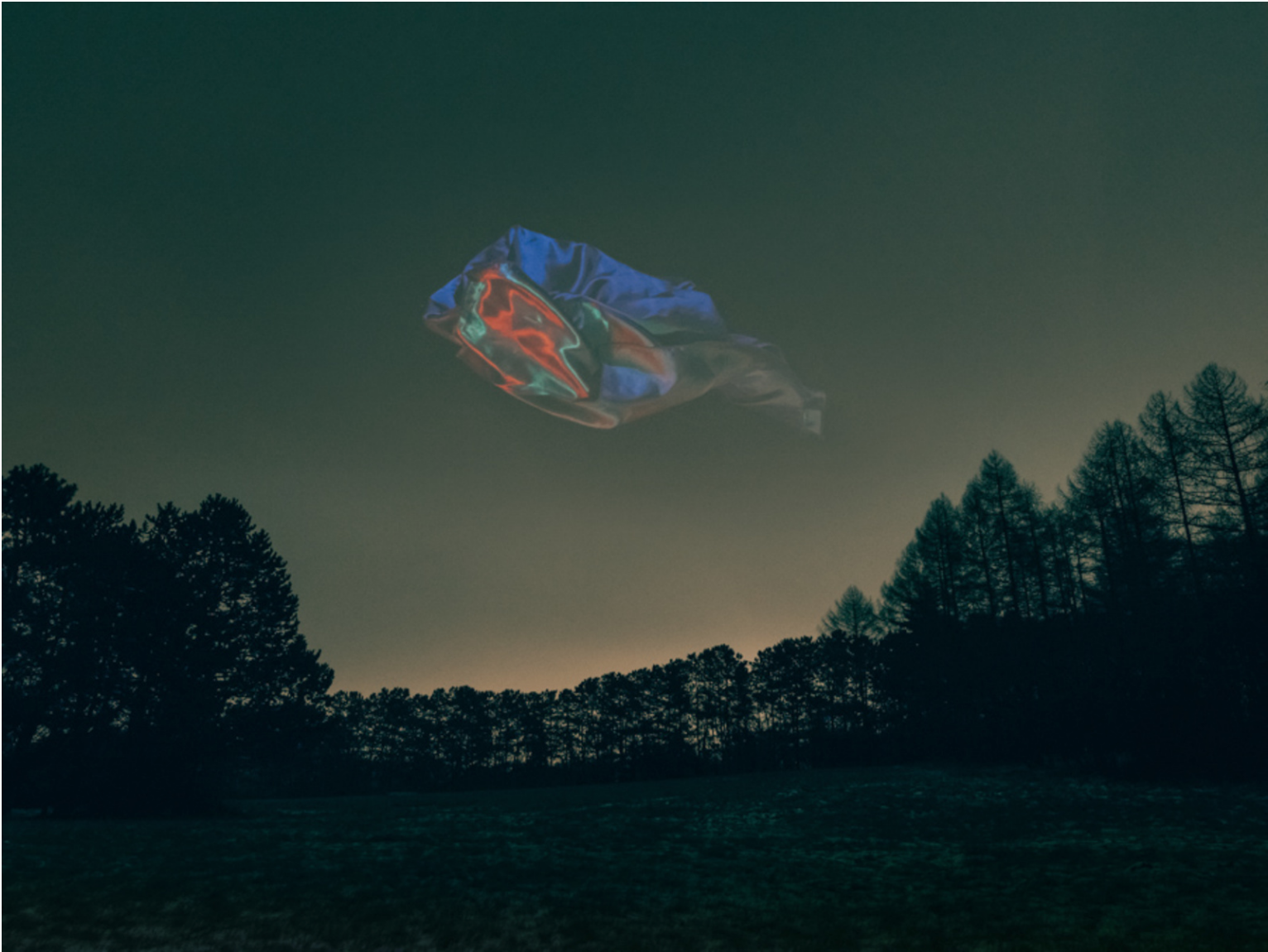 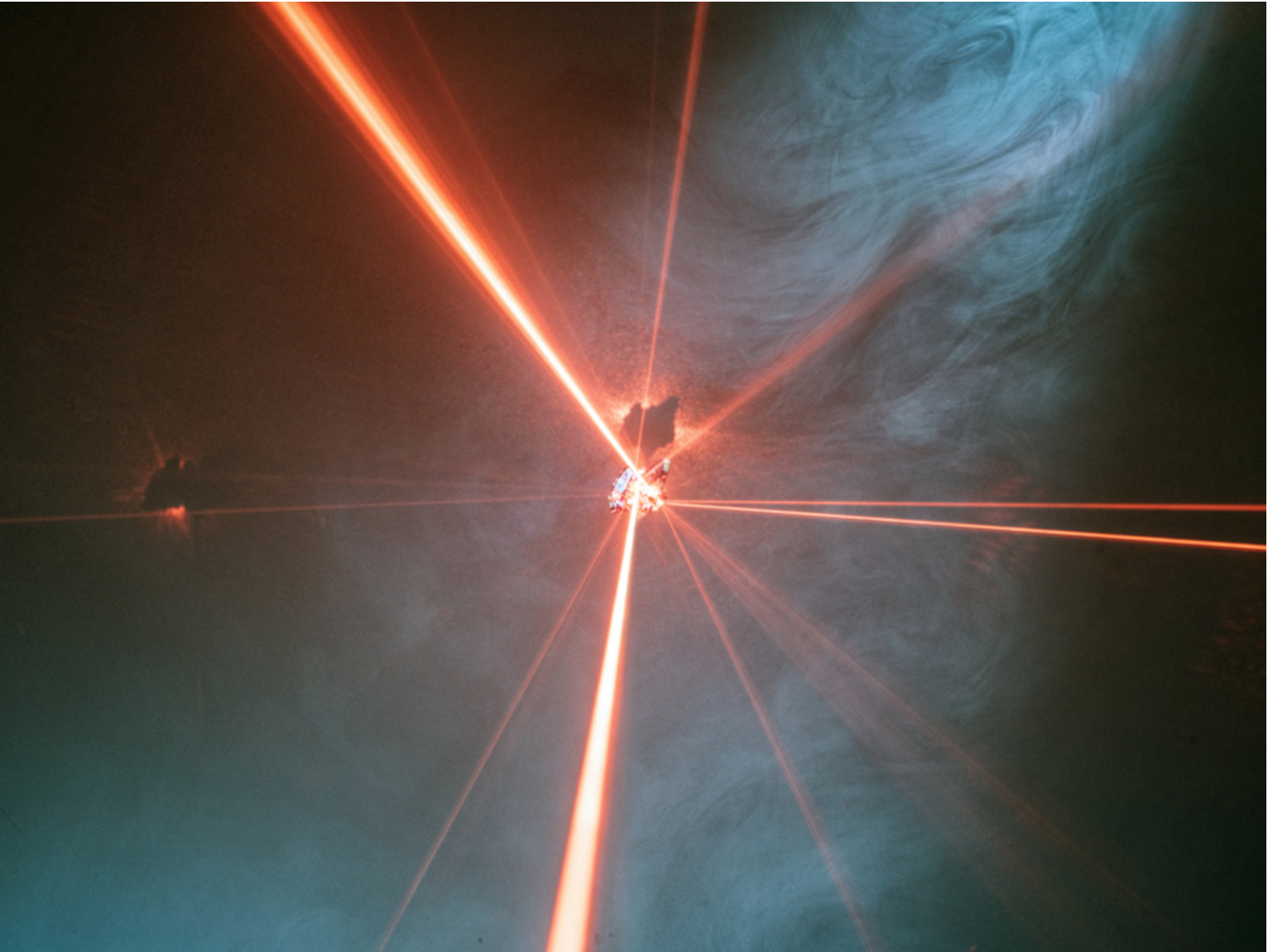 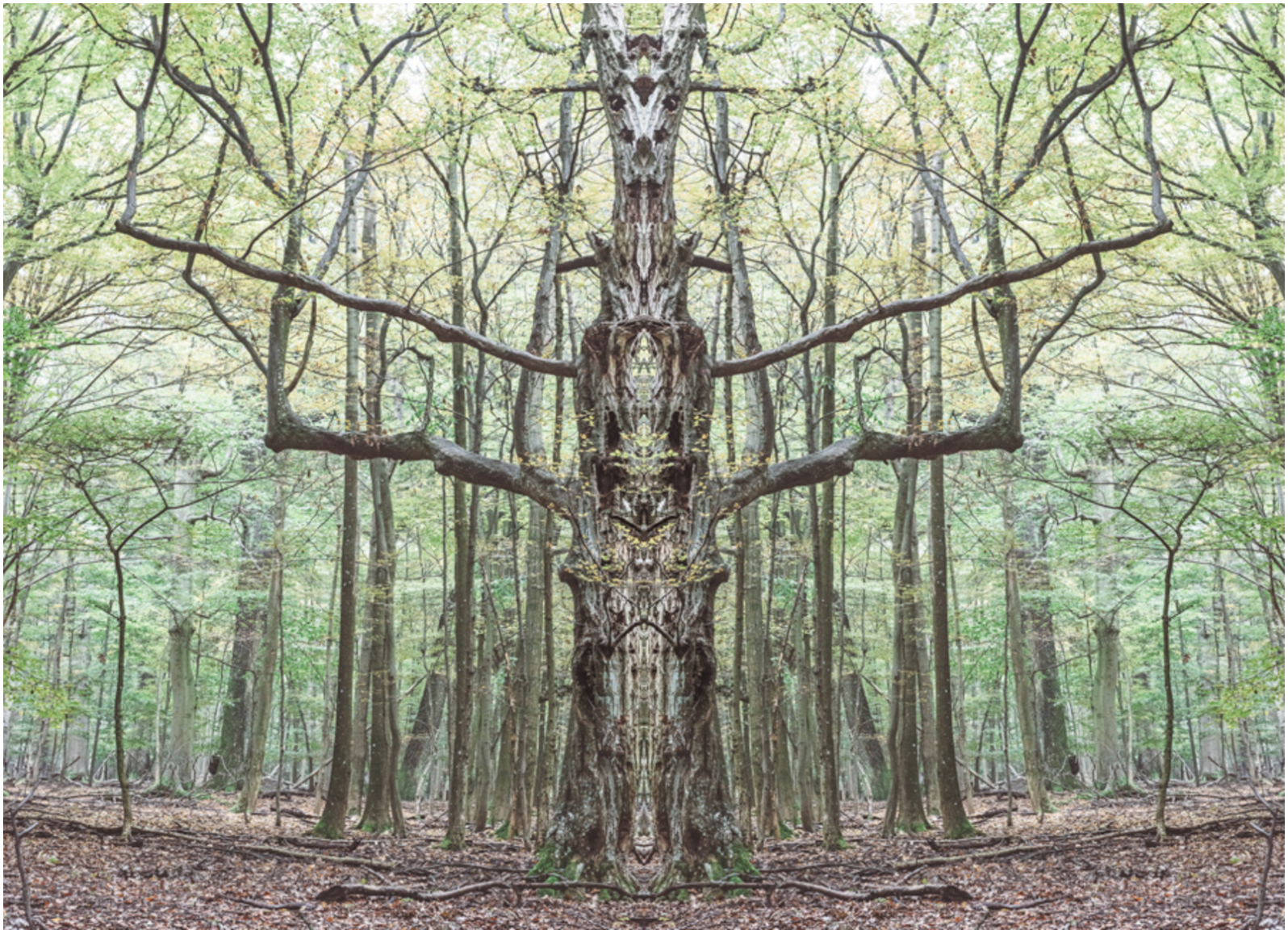 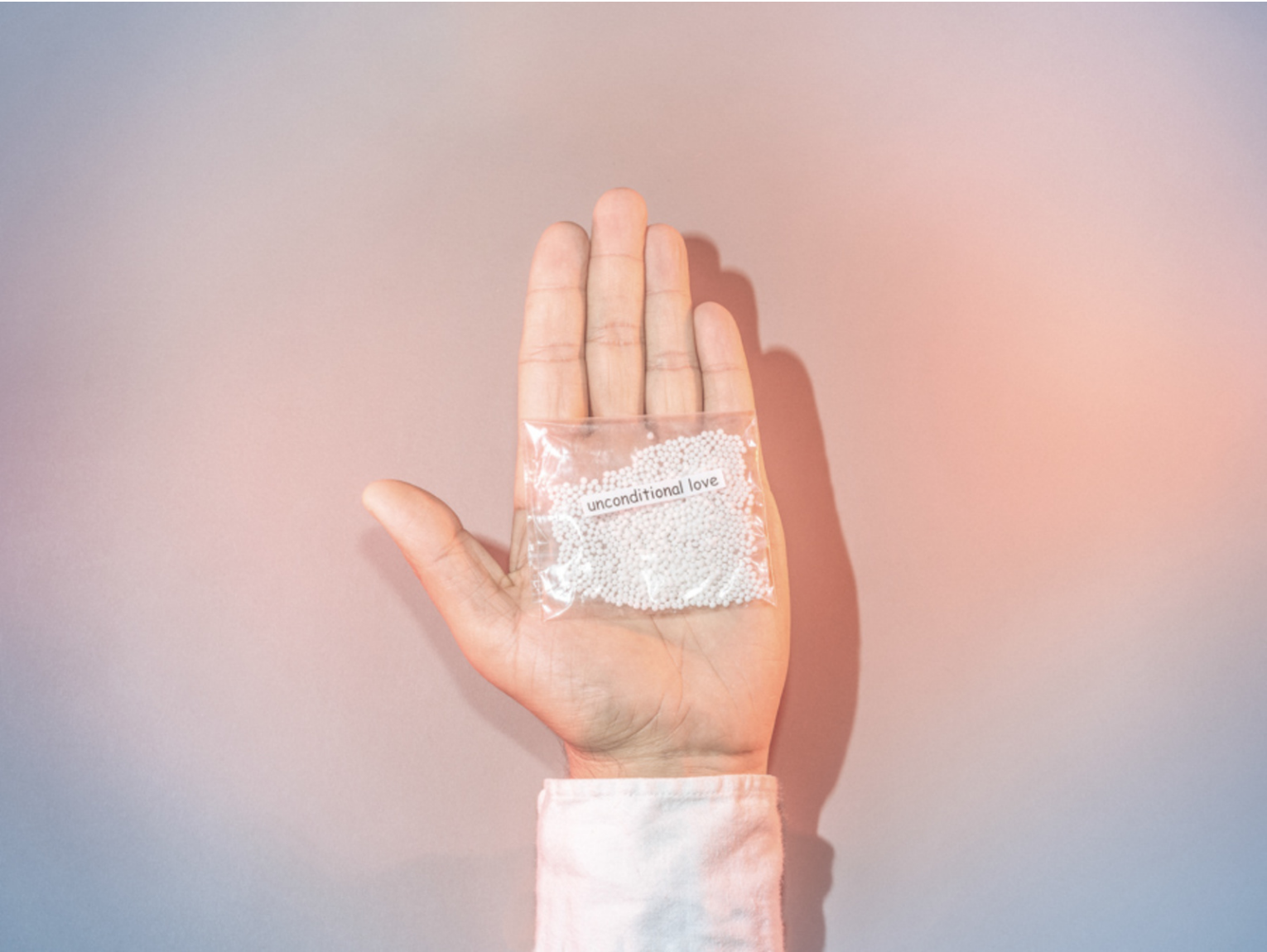 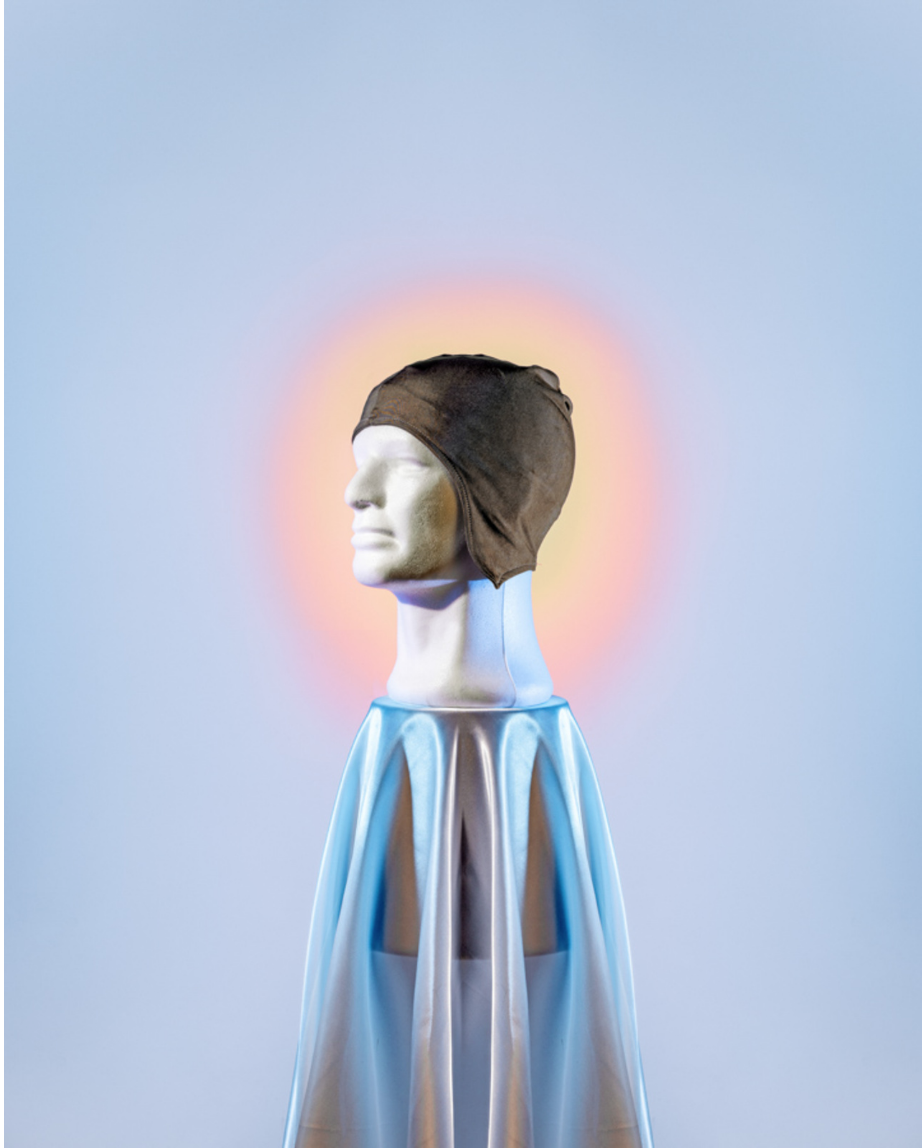 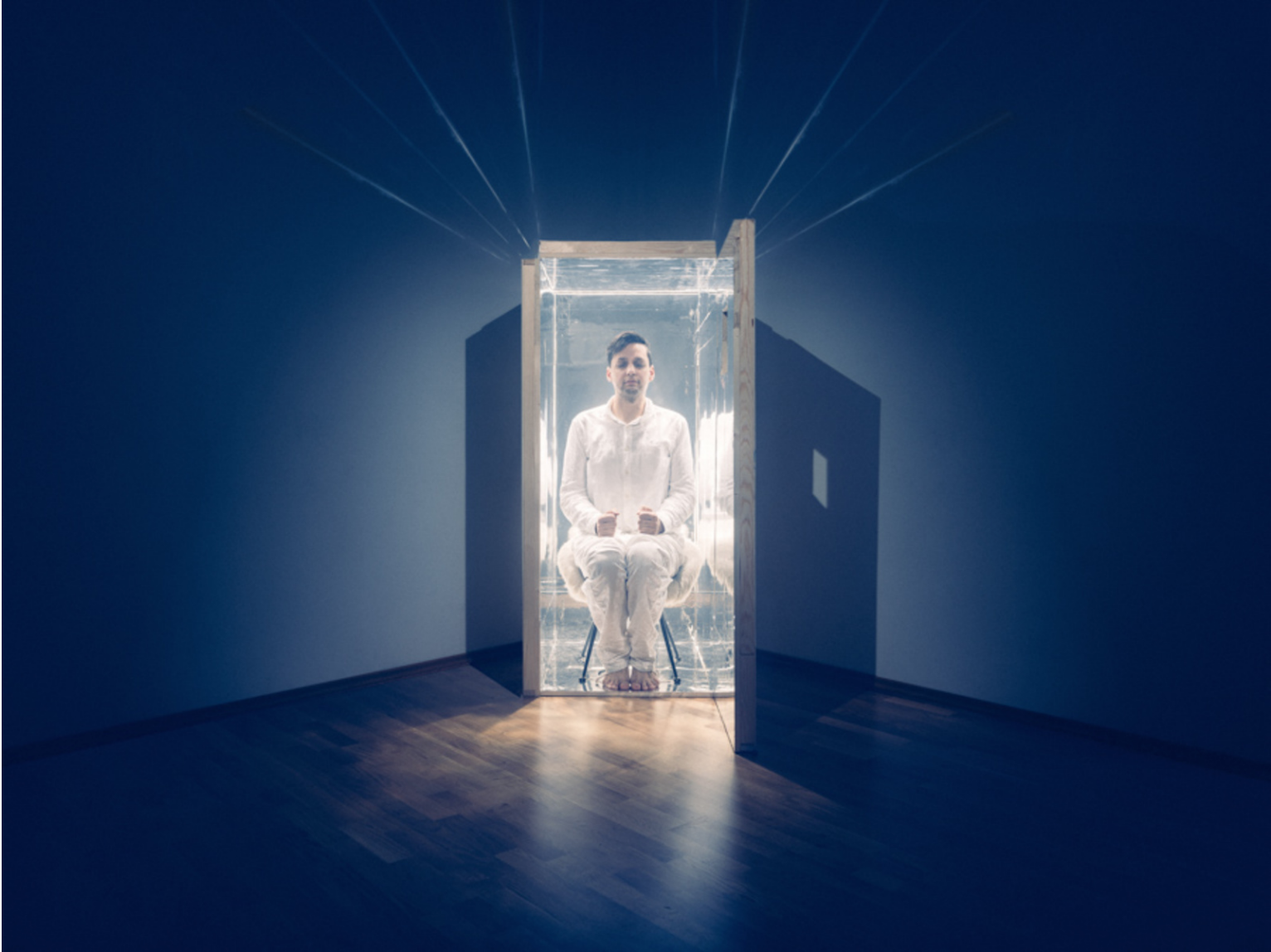 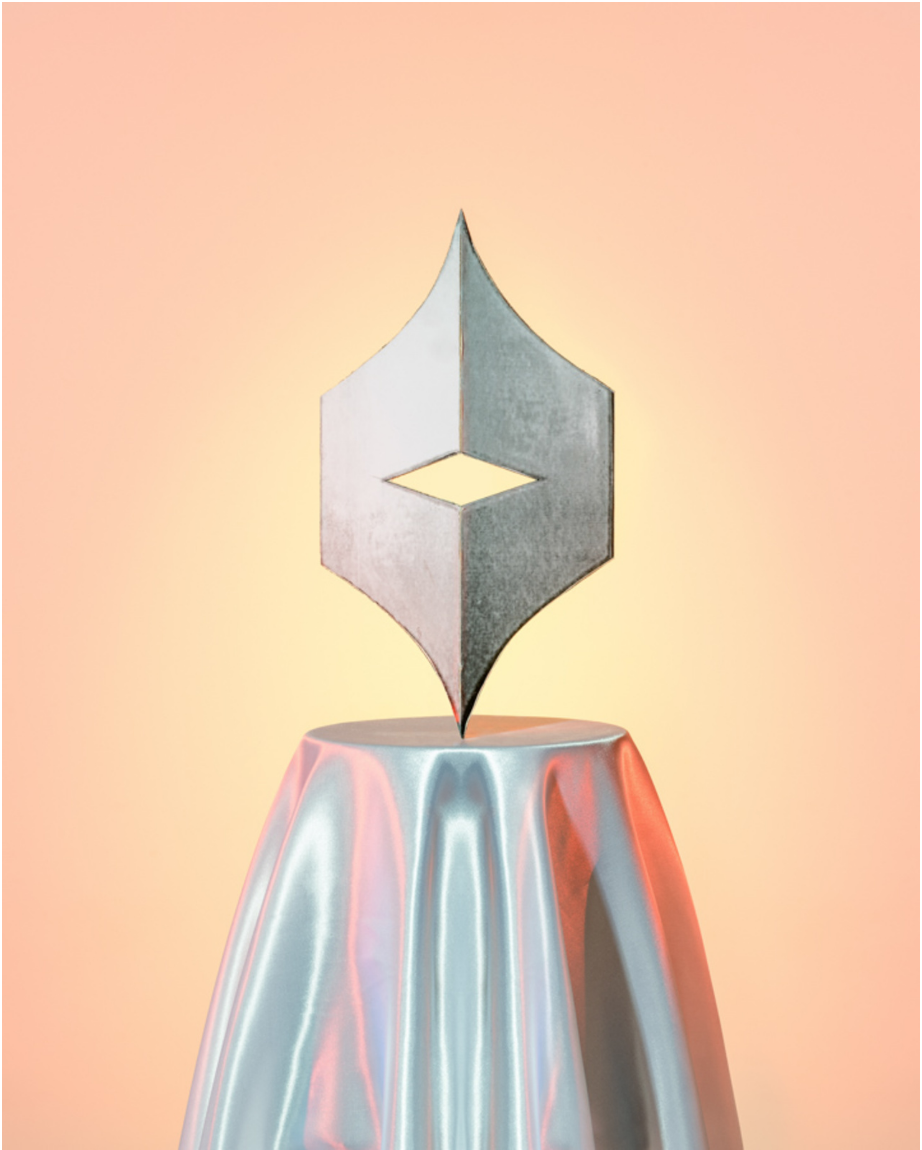 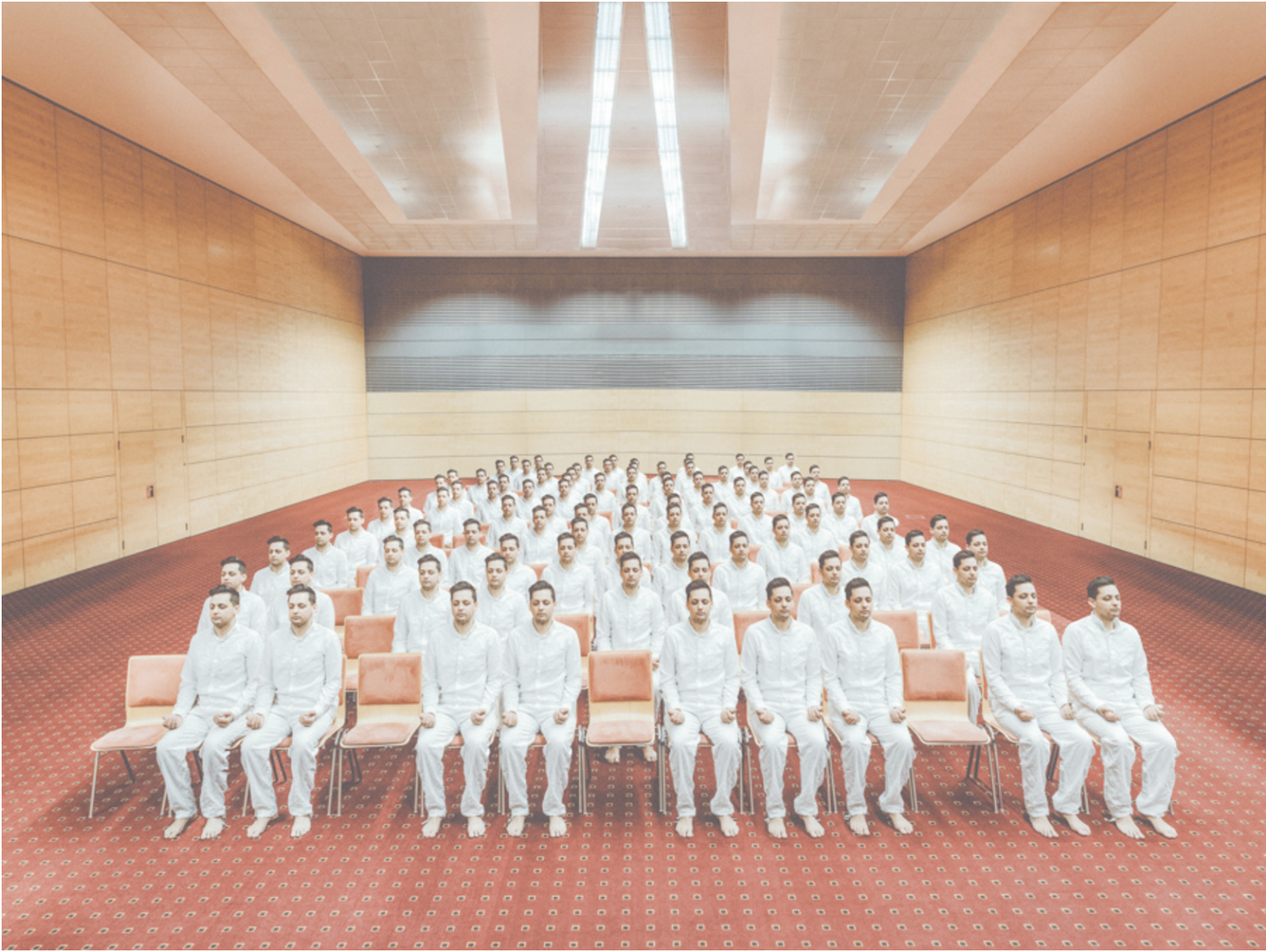 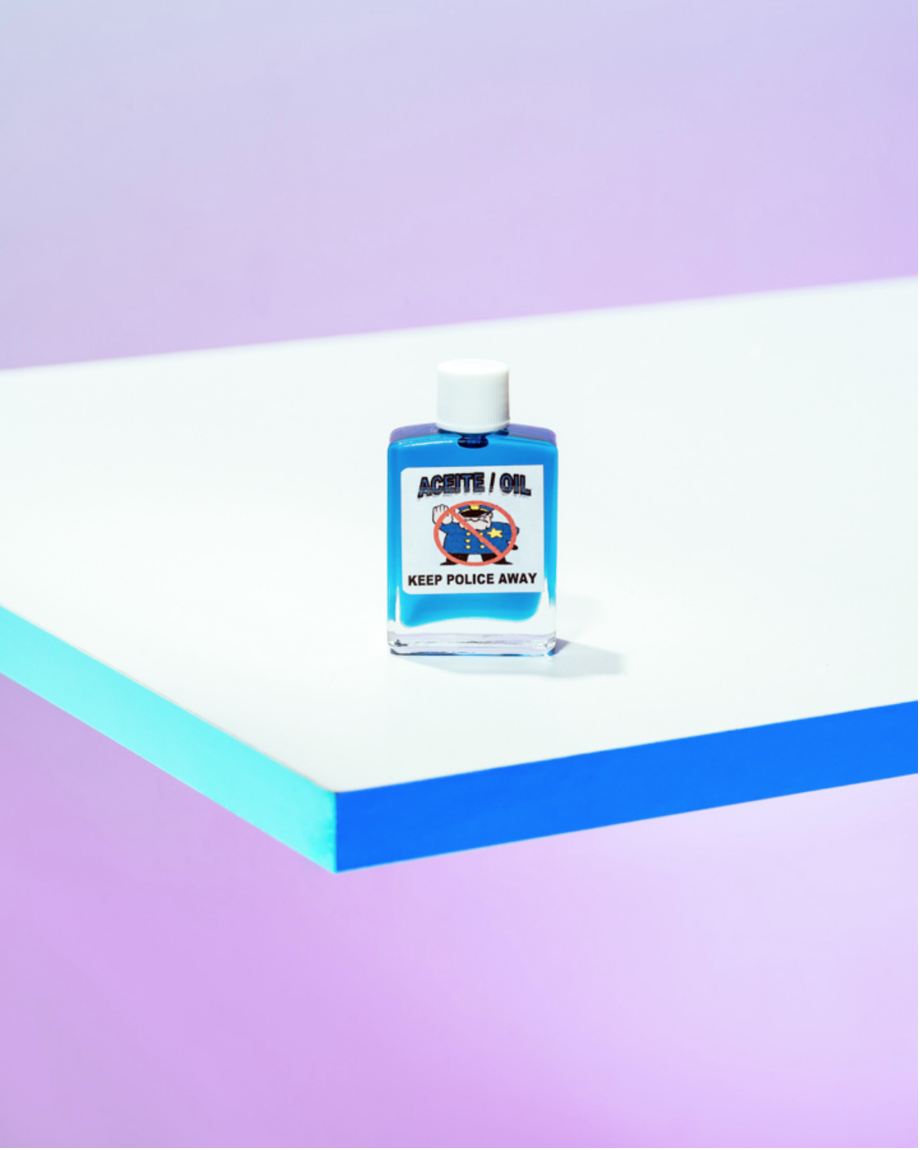 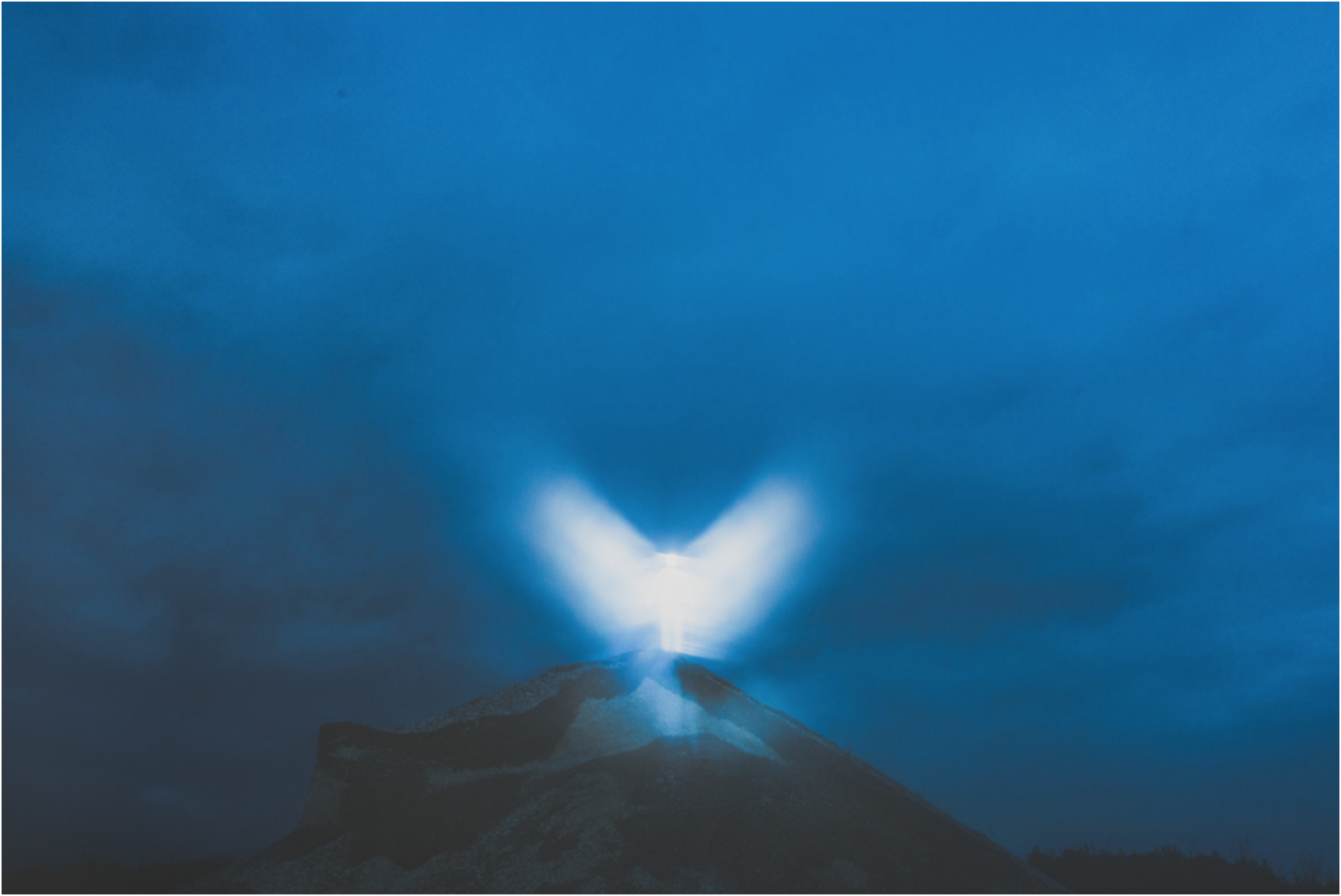 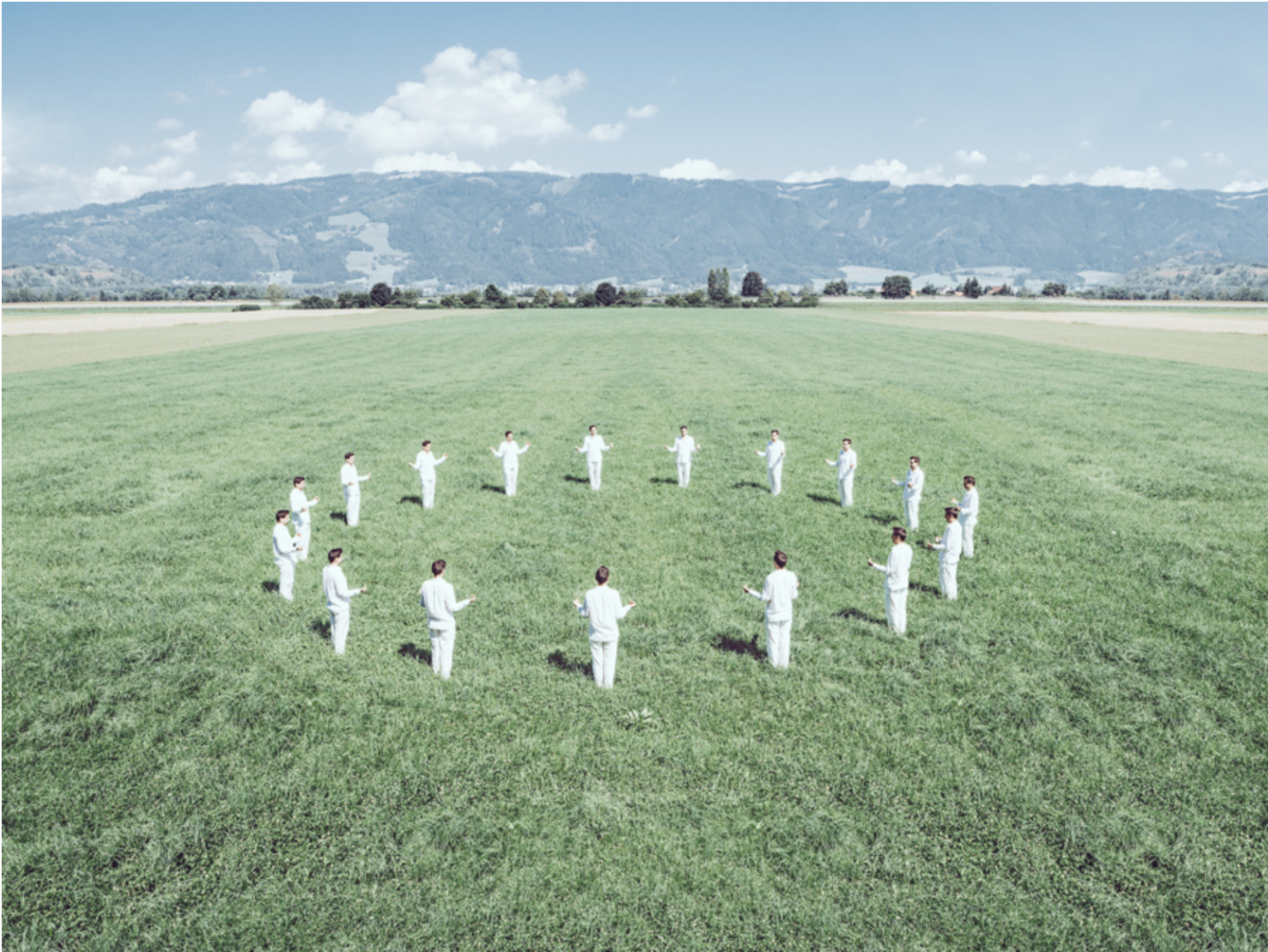 THIS WILL CHANGE YOUR LIFE FOREVER: AN INTERVIEW WITH KLAUS PICHLER

Klaus Pichler (b. 1977, Austria) confronts credulity in his latest book, This Will Change Your Life Forever. In response to the booming business of energetic paraphernalia, and the spirituality it supposedly promotes, Pichler went in search of insight into the products making promises of salvation. He joined the believers on online forums for two years, learning more about the products for sale as well as reproducing images of auras and encounters with angelic entities. The photos speak to an earnest belief in the inexplicable, yet the captions suggest a sharp questioning. We as viewers are left to draw our own conclusions on the potential of a product to change our lives, and what’s a fair price.

The images are visually quite mystical, but the captions indicate your own scepticism. Tell us about that contrast.

I noticed when I’m talking to people who consider themselves to be ‘atheists’, ‘realists’ or ‘sceptics’, that when you start to talk about this spiritual way of living, they immediately create a block. It’s really a sharp border, and that was interesting for me to see, because my own reaction was the same. I grew up as a minstrel in the Catholic Church, and it was really authoritarian and sometimes brutal, so I took some distance from it later. It seems natural to me that when you have been through these experiences, you eventually have to become an agnostic or atheist.

The easiest thing to do when approaching this way of thinking, and these kind of products and services, is to just laugh about it. For me, that’s too cheap. So, I decided to cross this border, and immerse myself in it. To produce credible work, I thought it was really important to be naïve in a way, and to pretend to believe in it myself: These are angels, and this dust is mystical. I wanted to build up a tension. When you look through the photos, there should be a point when you ask yourself: Does he take this seriously or not? And once you reach this point, everything should start to crumble. 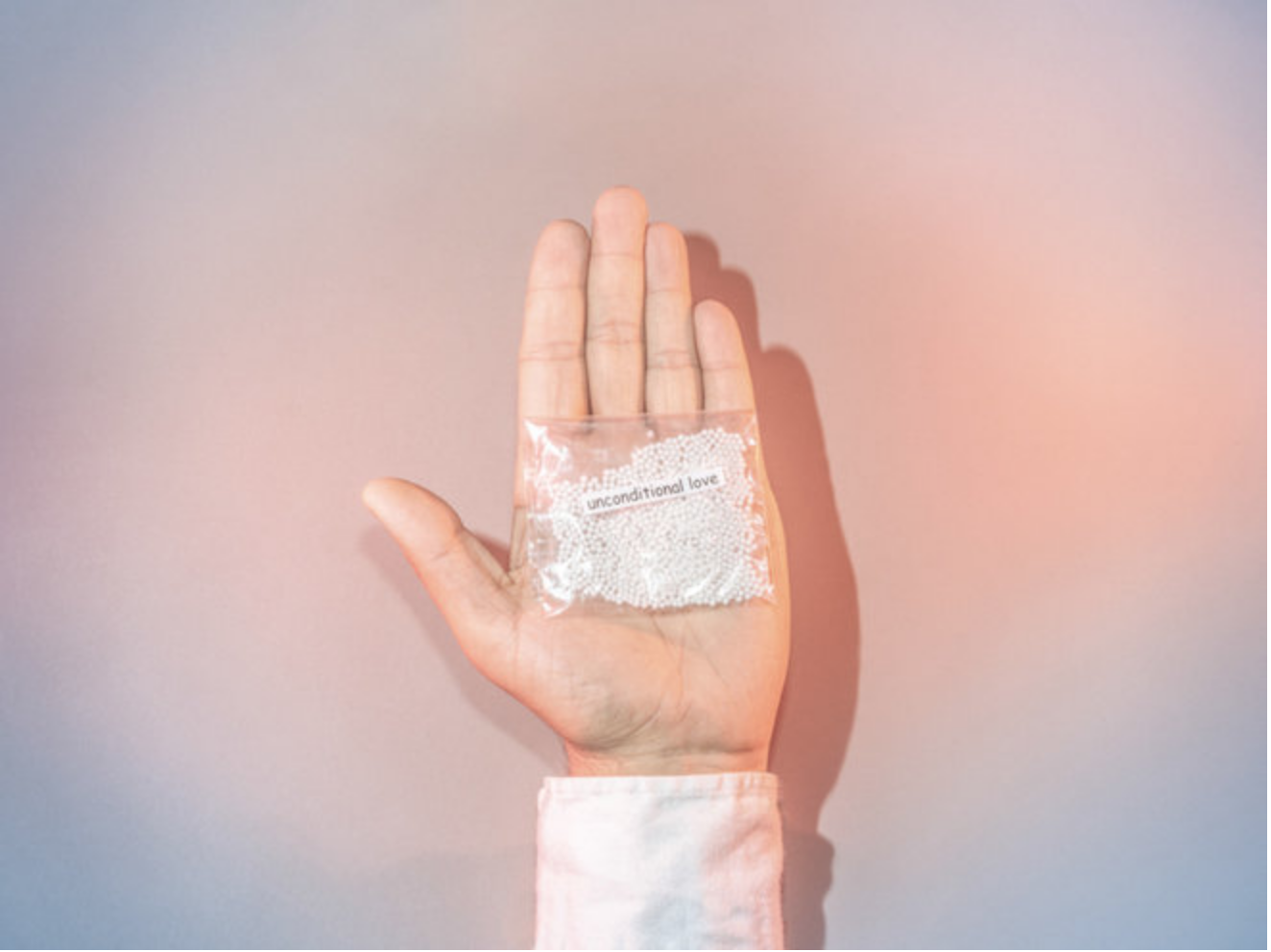 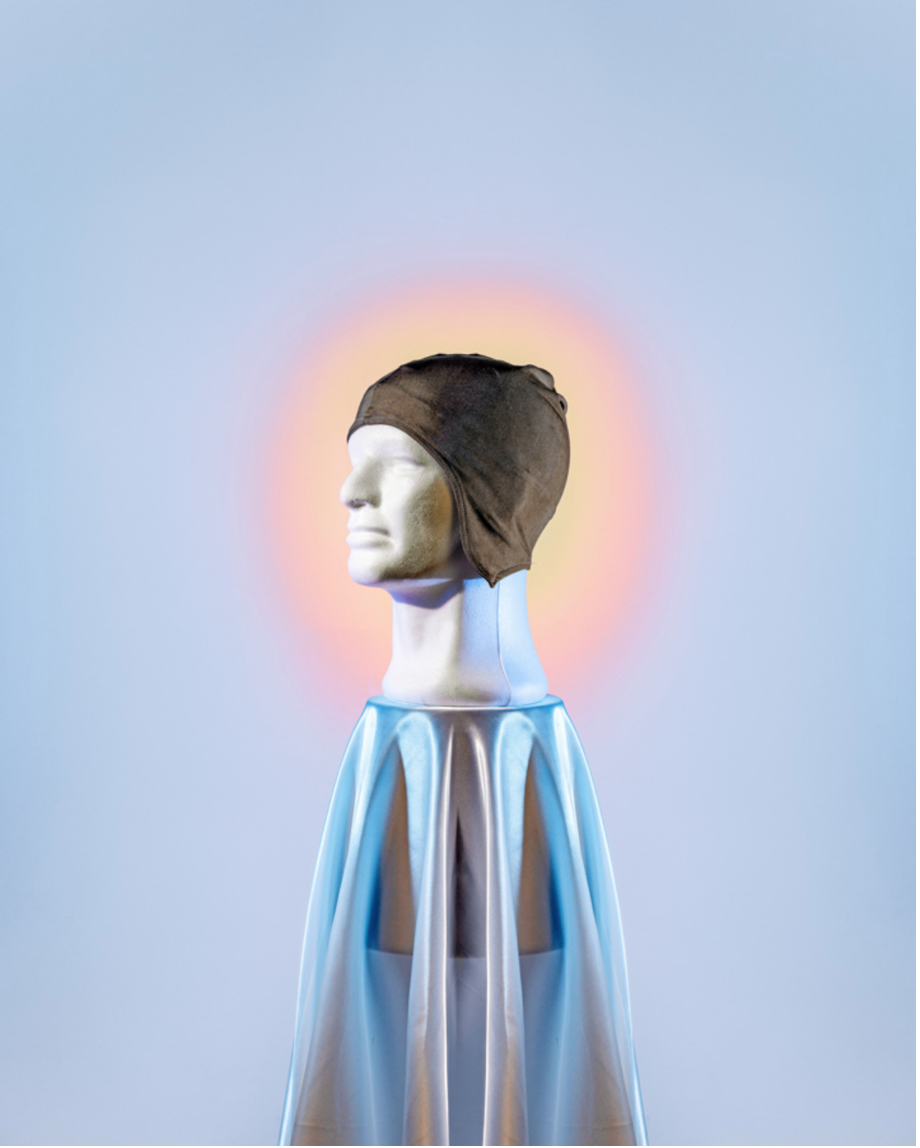 Tell us about these products that you’ve photographed.

One really important element about this project is that nothing you see was made up by me. Most of the products I bought online from big retailers, and some others I bought directly from the manufacturers’ website. I intentionally picked small manufacturers, because the really huge ones have brand-name products and it’s big business – I thought I could get sued.

When I ordered the products, I tried to cover the whole range of esoteric products – the stranger the better. There’s plenty of strange stuff. There are plush energy animals like unicorns and bears. There’s also things, for example, like a ‘spirit meter’, which is a tool that supposedly lets you measure the presence of spiritual energy, but is actually nothing more than a detector for electrical wires. It just comes with a different name and is sold for ten times the price. It gives you a spiritual story, like all of these products. 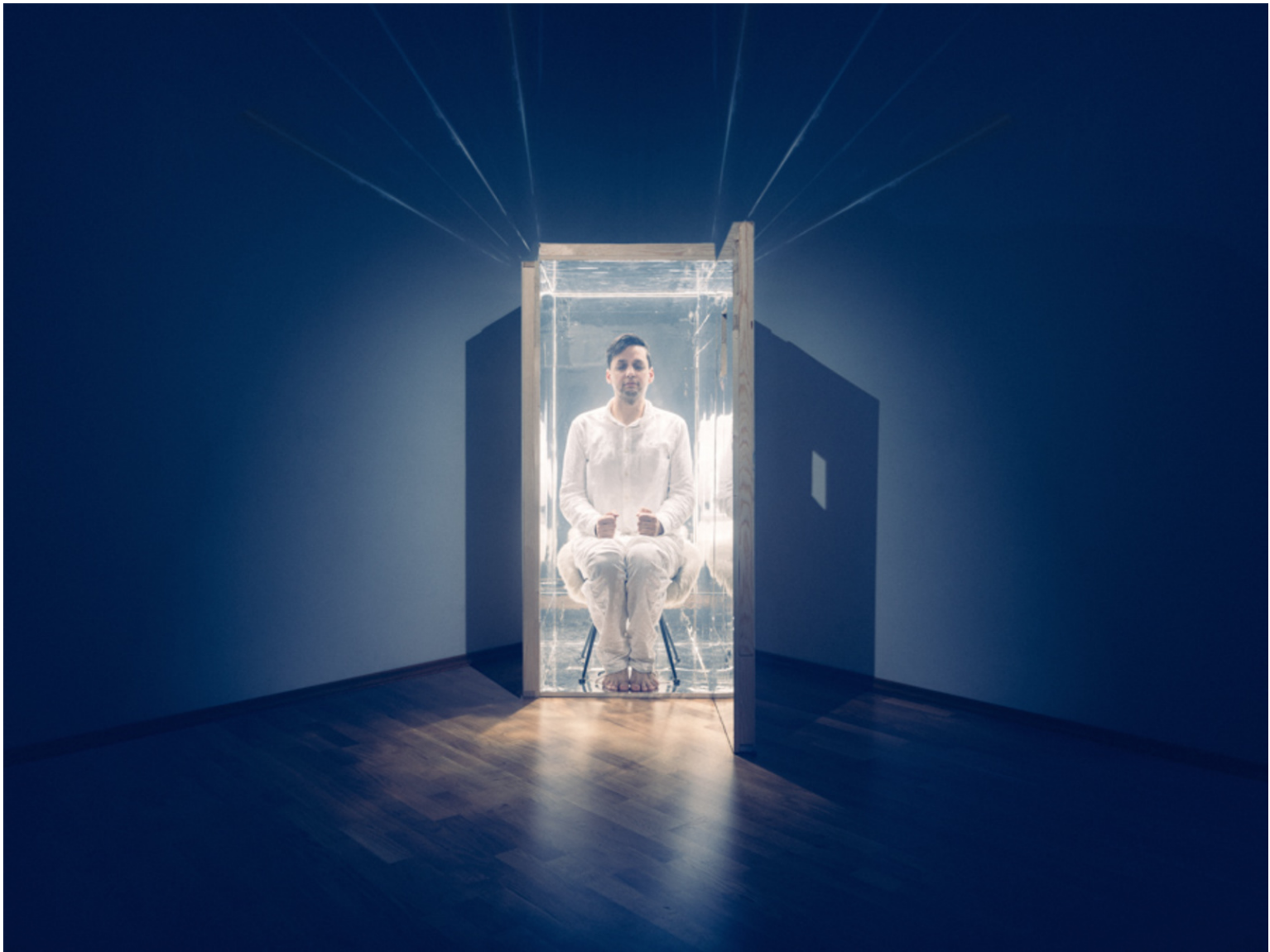 What was your reaction to this range of products you encountered?

I think it’s a betrayal. It’s a cynical game with people’s hopes and desire. I know plenty of esotericist producers, and it’s all about money. Their main motivation is money, the spiritual content is just a detail of manufacturing.

There are ridiculous products in every field though, where manufacturers make junk that nobody really needs. Why is this different for you?

If I show you a water bottle, and say it’s not a water bottle but an energy antennae, then I can charge ten times the price – because there is a mystical story. It’s purifying water from Atlantis or whatever. And there are people with the right mindset to believe in that. There are plenty of really cheap products from China made of plastic, but these are delivered with a spectacular story and then they’re sold really expensively. This is the main difference to any other strange product. 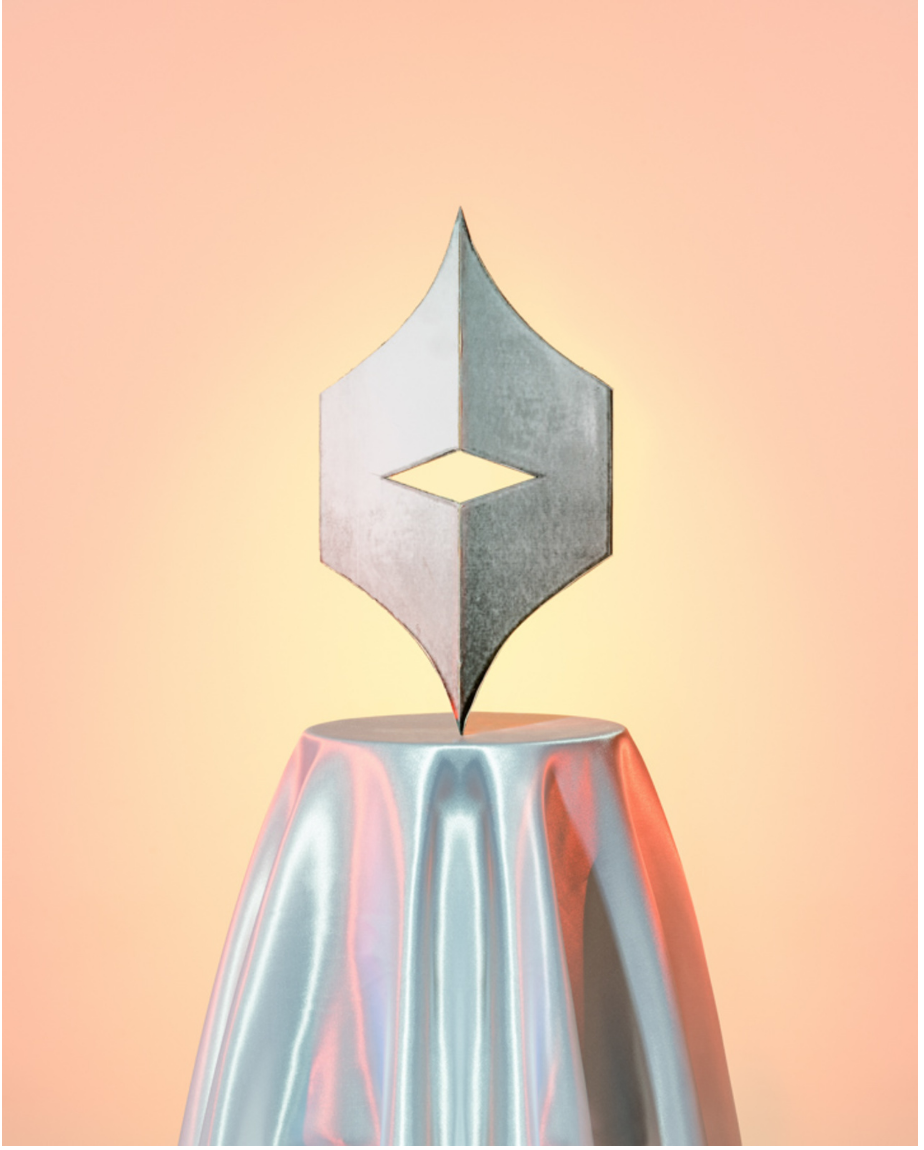 My fundamental criticism of esotericism is not the content, because everyone is free to believe in everything that he or she wants, it’s more the capitalist approach. For me, spirituality is a human necessity in a way, because there are questions you can’t answer. Some scientific discoveries have come from looking at something that seems to be – at that moment – irrational and then discovering that it’s not that irrational. So, the earth isn’t flat, it’s a sphere.

But taking this and building a pseudo-scientific irrational model, spicing it with spirituality to sell products and services – selling salvation more or less – that is the point where it’s not fair. It’s exploitation.

Do you think it’s only about exploitation, or could there be something more to it?

For me there are three groups: the credulous, who in fact believe that they are talking about existing phenomena and products that really work; the benevolent, who think that they’re doing a service for society; and then there are more or less the criminals. 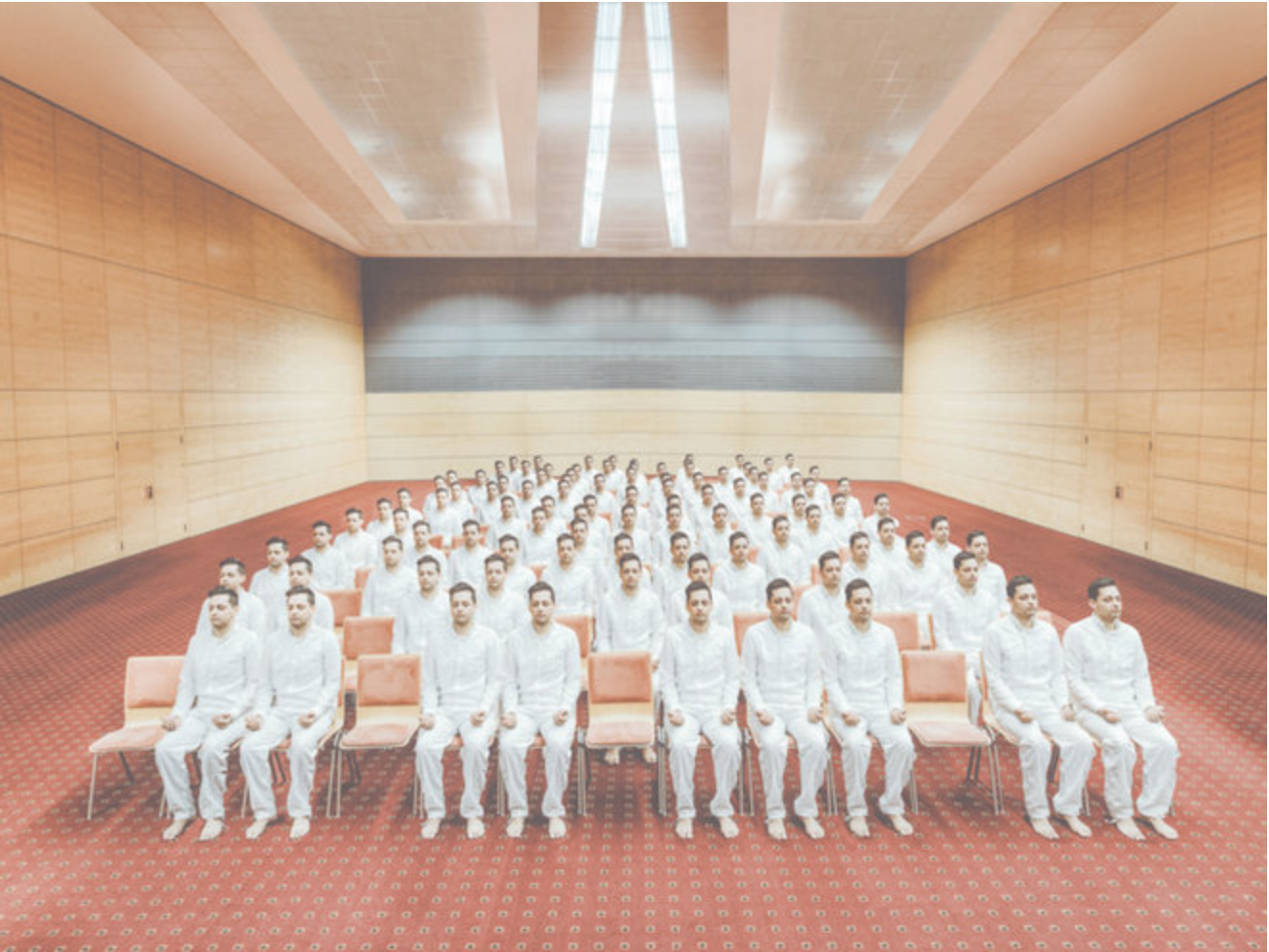 Why do you think the market has been able to thrive to such an extent? If it’s just nonsense, shouldn’t the market collapse?

There is a cosmic principle in esotericism, this animistic stuff, that everything in the universe is linked, which allows you to draw connections between everything. So, an object isn’t just an object, it’s an ‘energy antenna’ or whatever. And this also gives permission to the manufacturers to create absolutely anything, give it a story and sell it.

Now, with the most up-to-date marketing methods, with mind marketing, emotion marketing – all these techniques that mean they’re not just selling you a car, they’re selling you a lifestyle – it’s possible to really manipulate people easily. It’s known for everyday commercial stuff, especially when it comes to Apple products – there’s the Church of Apple. But still, you can work with a computer, you can’t work with this energy antenna or with pyramids with metal flakes inside that cost 800 euros. It’s an unfair game. 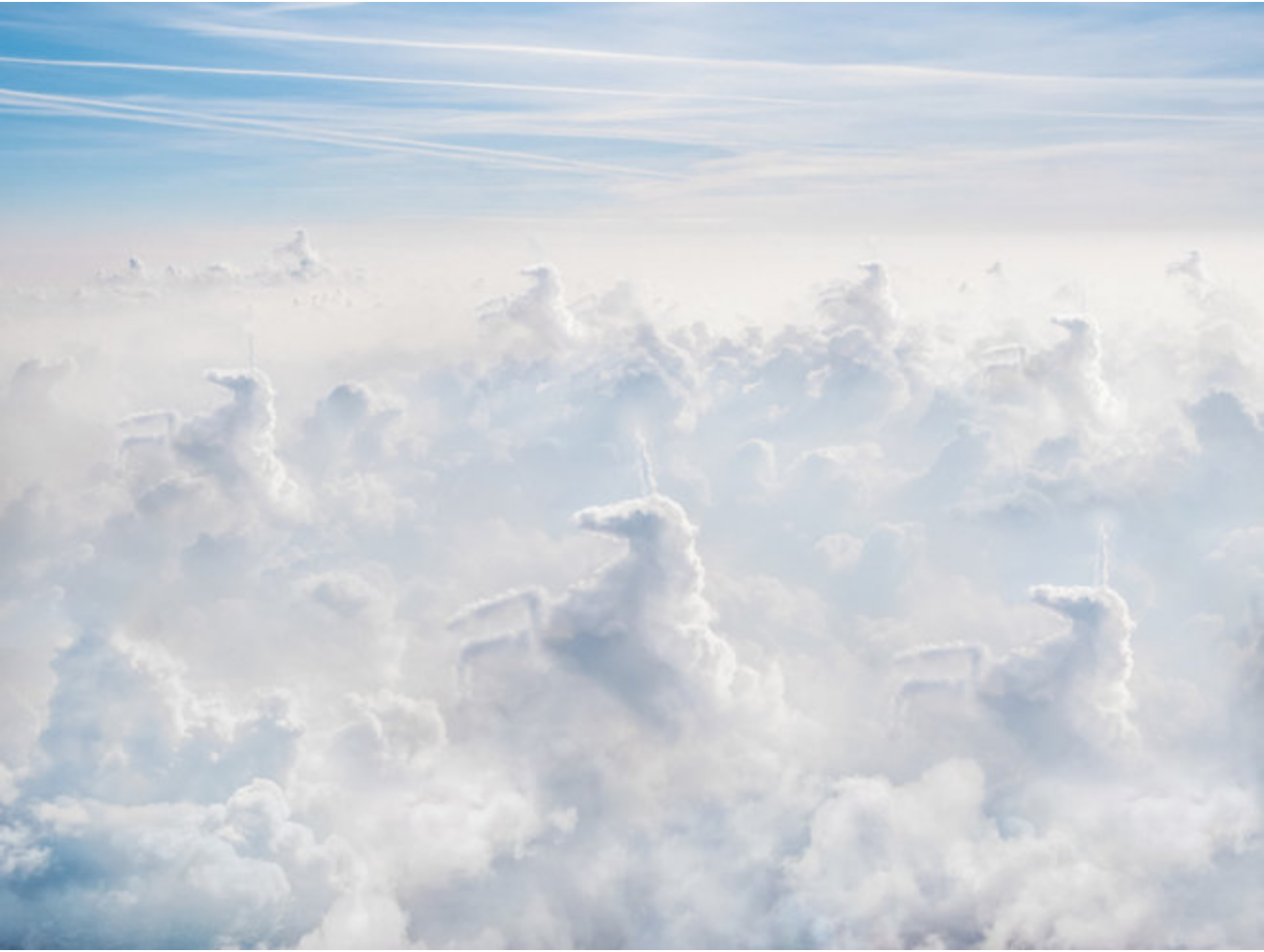 Did you take this concept of ‘fairness’ into consideration when creating your work?

It was very important to me to play a fair game myself. For example, to really understand what was happening, I did a lot of research when I wrote the texts. Like, there’s ‘unicorn energy’. It’s really stupid. Positive energy of the unicorns. But to be effective, I can’t write anything unresearched about unicorn energy, I have to research it. I felt the necessity to really stick to the theories and do some proper research. It was wasting away my life researching the strangest stuff, but it was interesting because beneath all these claims and these energies and inventions, there are psychological phenomena – like misattribution, reduction of cognitive dissonance, the stimulation of the neurochemical system – and then attribution to higher entities. This kind of intense research was also necessary to reveal the psychological phenomena and urges beyond it. 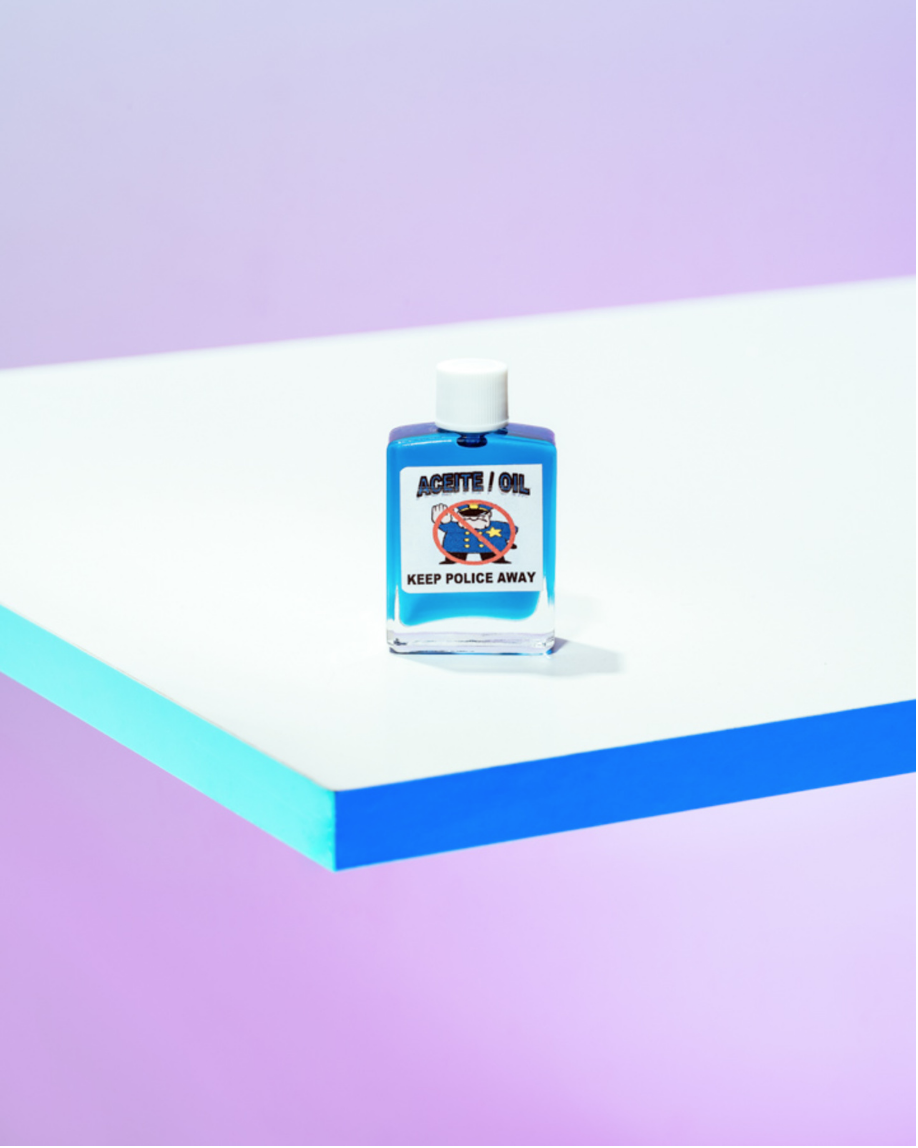 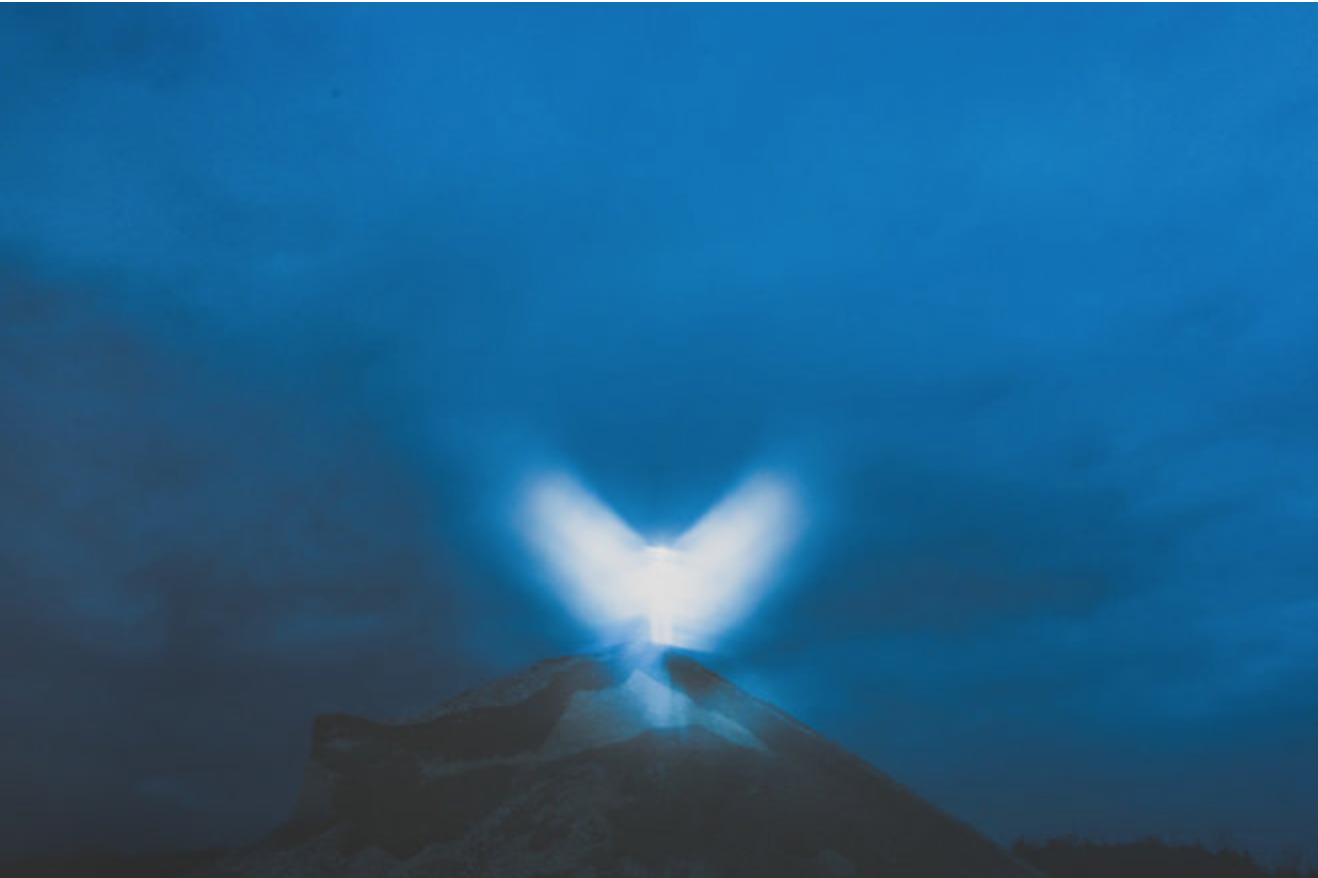 You went also to some of the trade fairs, what was that like?

I attended some esotericist fairs, and it’s a strange environment where the manufacturers are all dressed in white, but the main thing I noticed that is different to another kind of trade fair is the way of talking. They have a more empathic way of talking. They’re not giving you at first the impression that the product is best, but that you are special. It’s a kind of love bombing. Like, they will say, “I have met so many people this weekend, but you are the most special.” It’s charming people and tricking them. It’s not, “I have the best product,” but “You are the best.”

Behind the scenes, they are talking about money rather than contents. I have the feeling that money is the motor.

Isn’t that true of everything though? I have the same feeling when I go to an art fair.

That’s a problem for me though, because spirituality should not have anything to do with money. Of course, it’s naïve to claim that, because religions are also about money. But, in my opinion, the urge to be spiritual and to ask spiritual questions, is now capitalized in a way that every thought, every product, every service has its fixed price. And mostly overpriced. 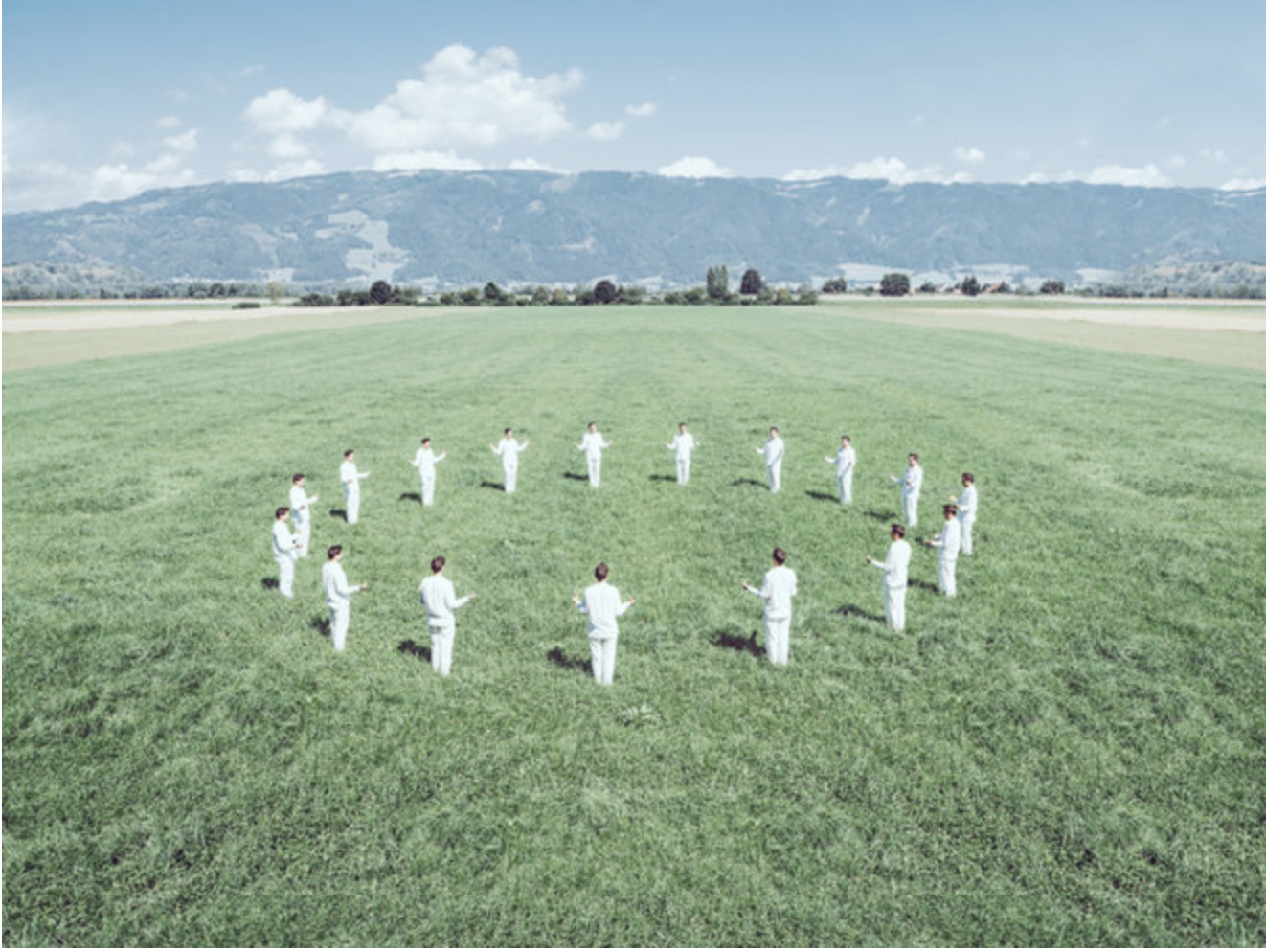 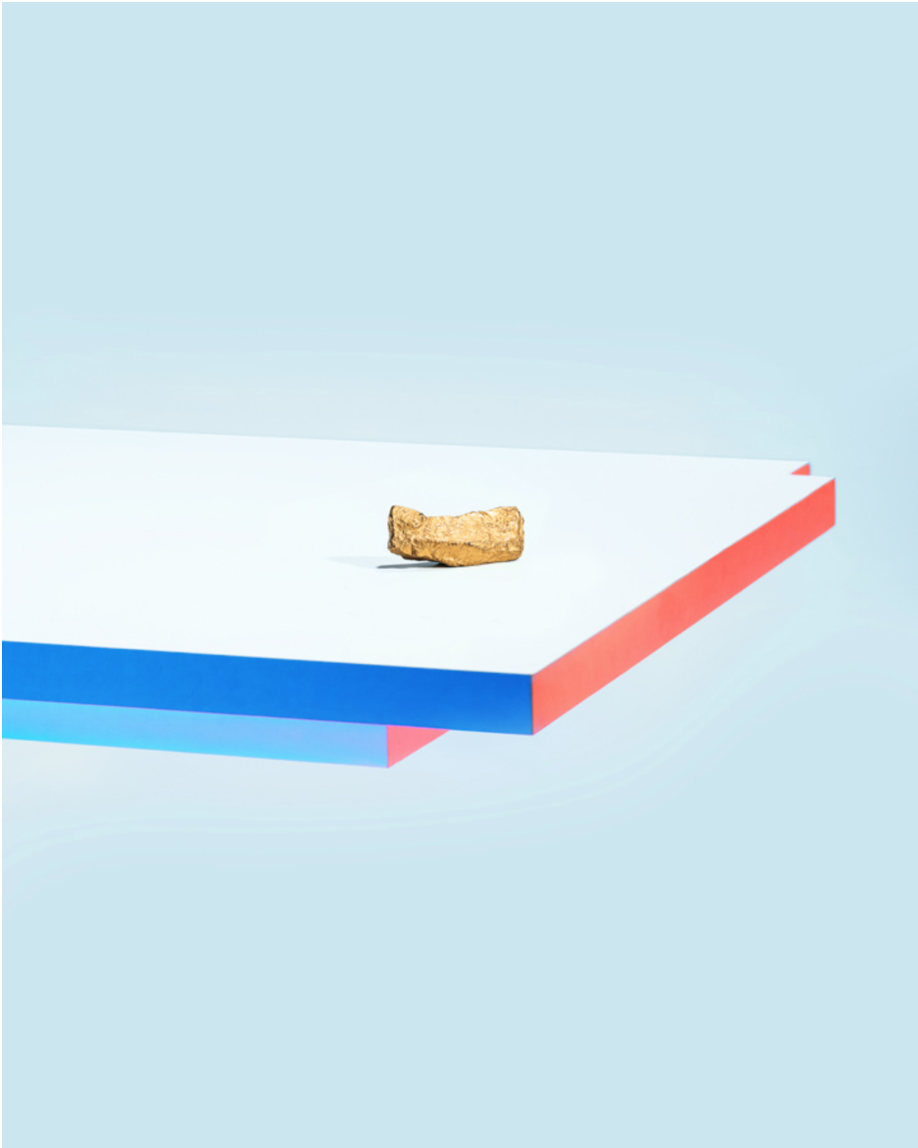 That’s something I’m discussing with my gallerist because I have massive problems to give these photos of strange products a value by printing them on expensive paper and framing them. So, instead of doing that, I made them into some products myself – like ‘unconditional love’ on a pillow – not to sell it but to present it.

An abbreviated version of this interview was featured in GUP#53, the Infinity issue. Klaus Pichler is represented by Anzenberger Gallery in Austria.