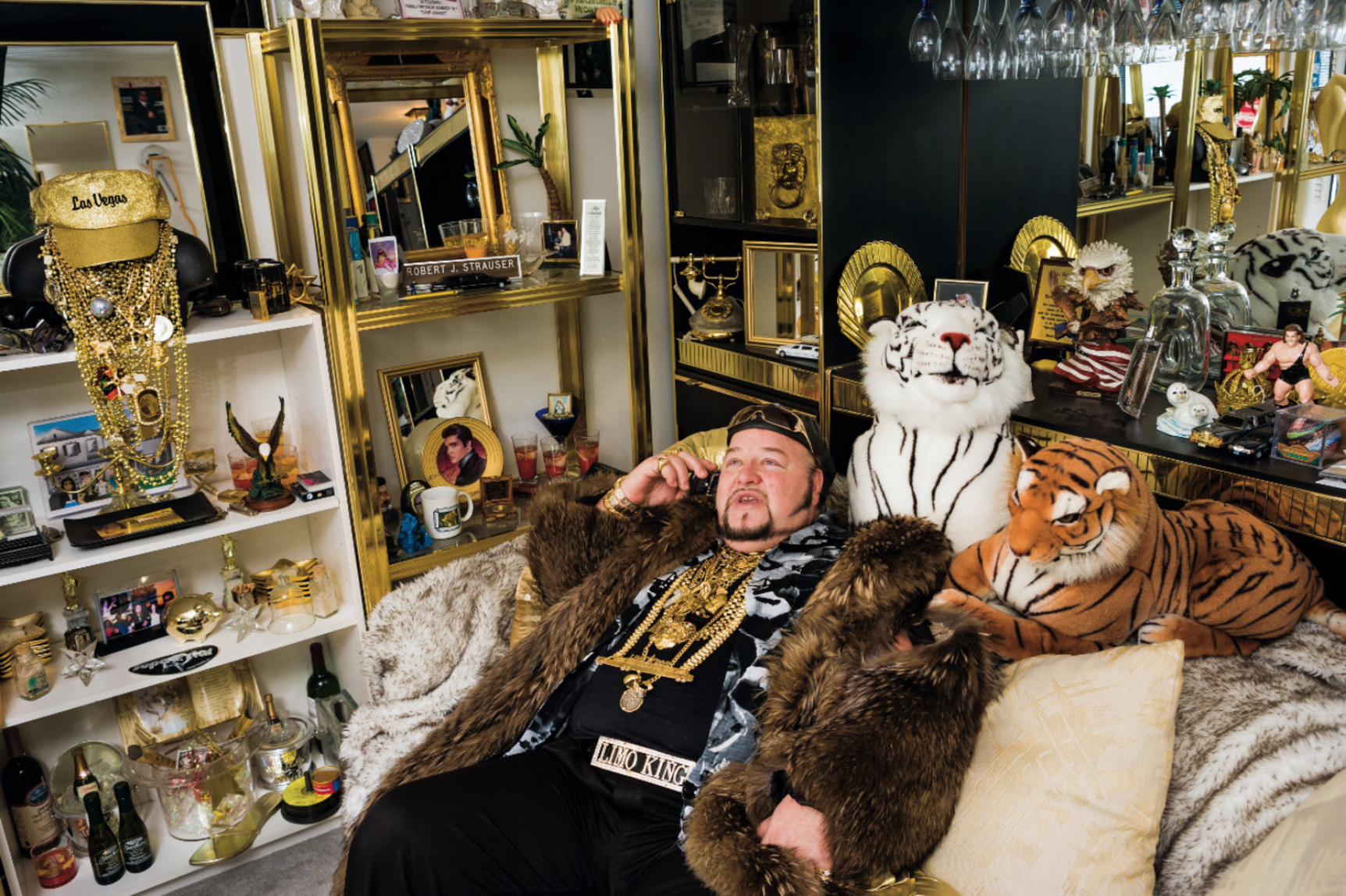 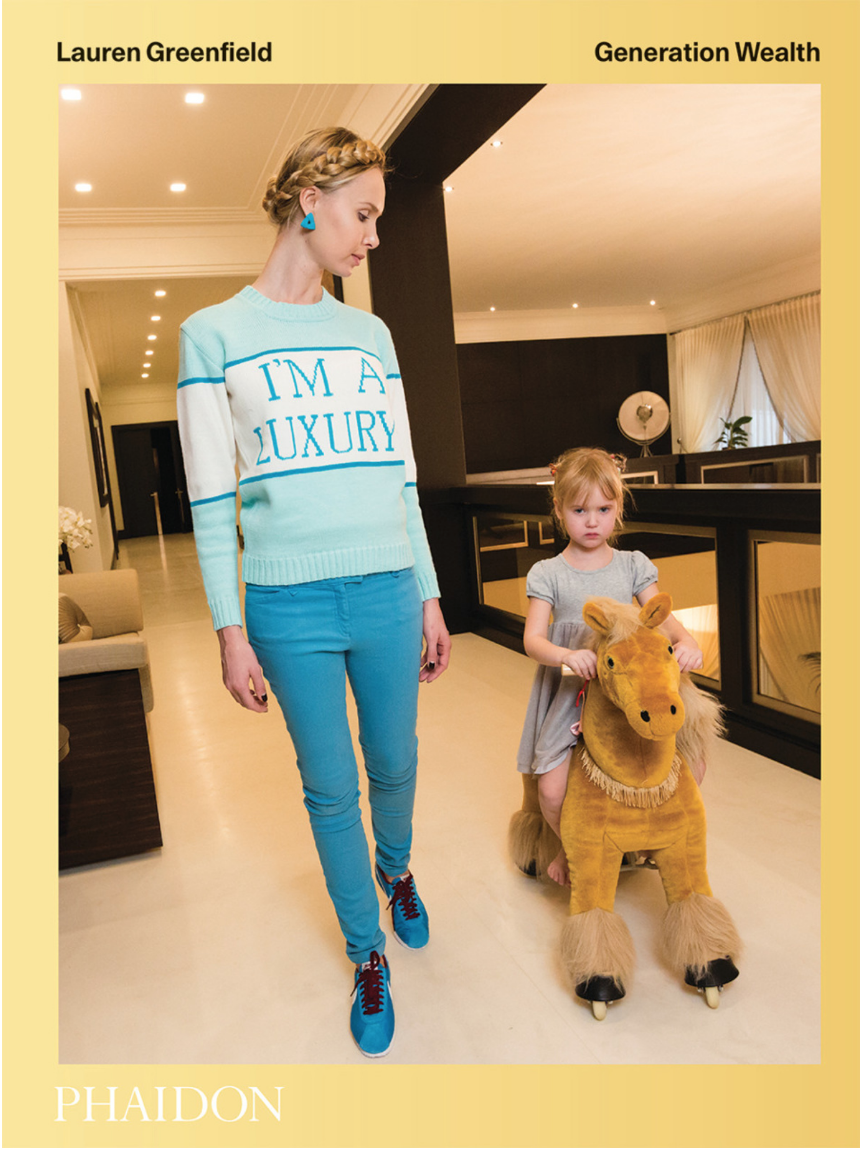 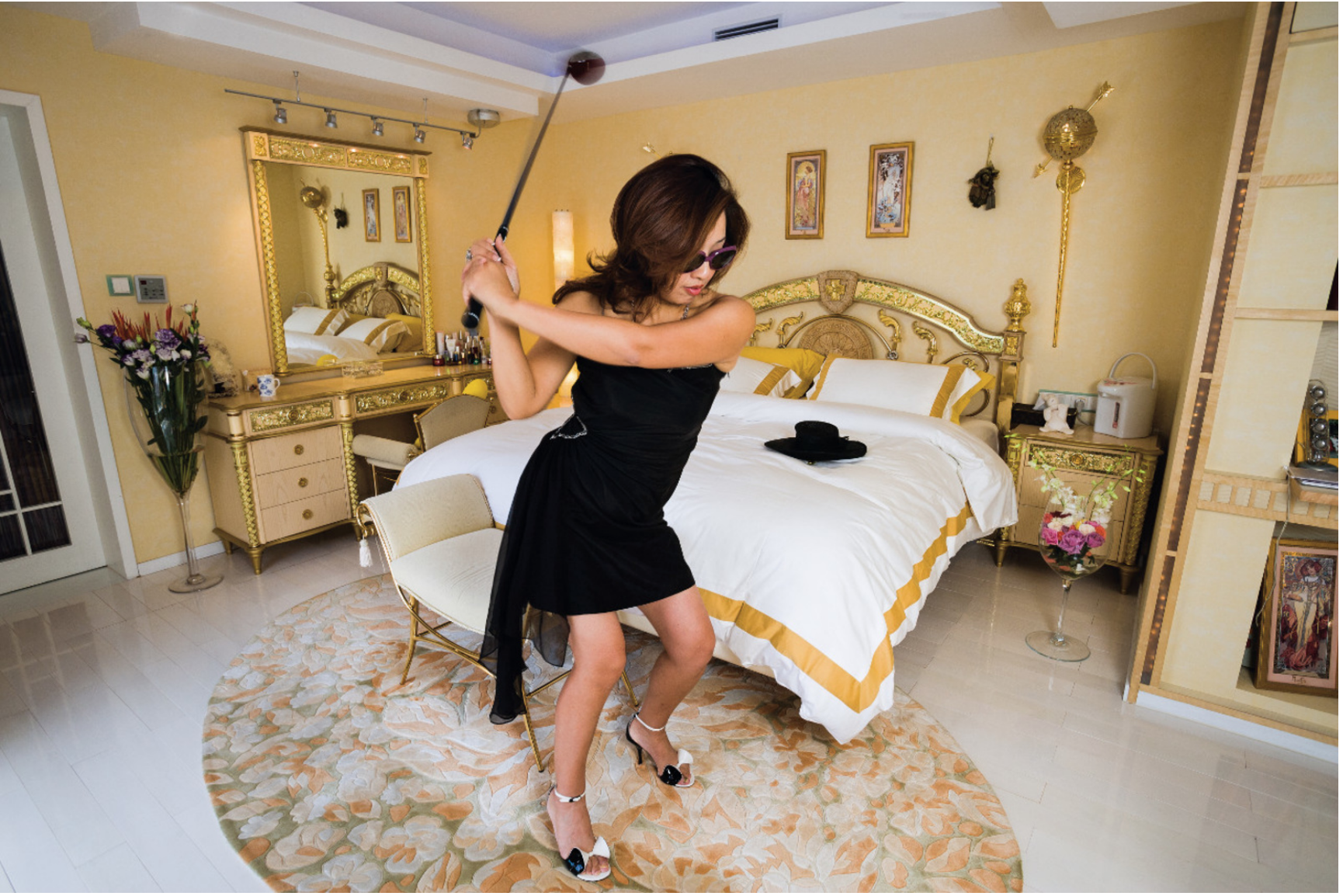 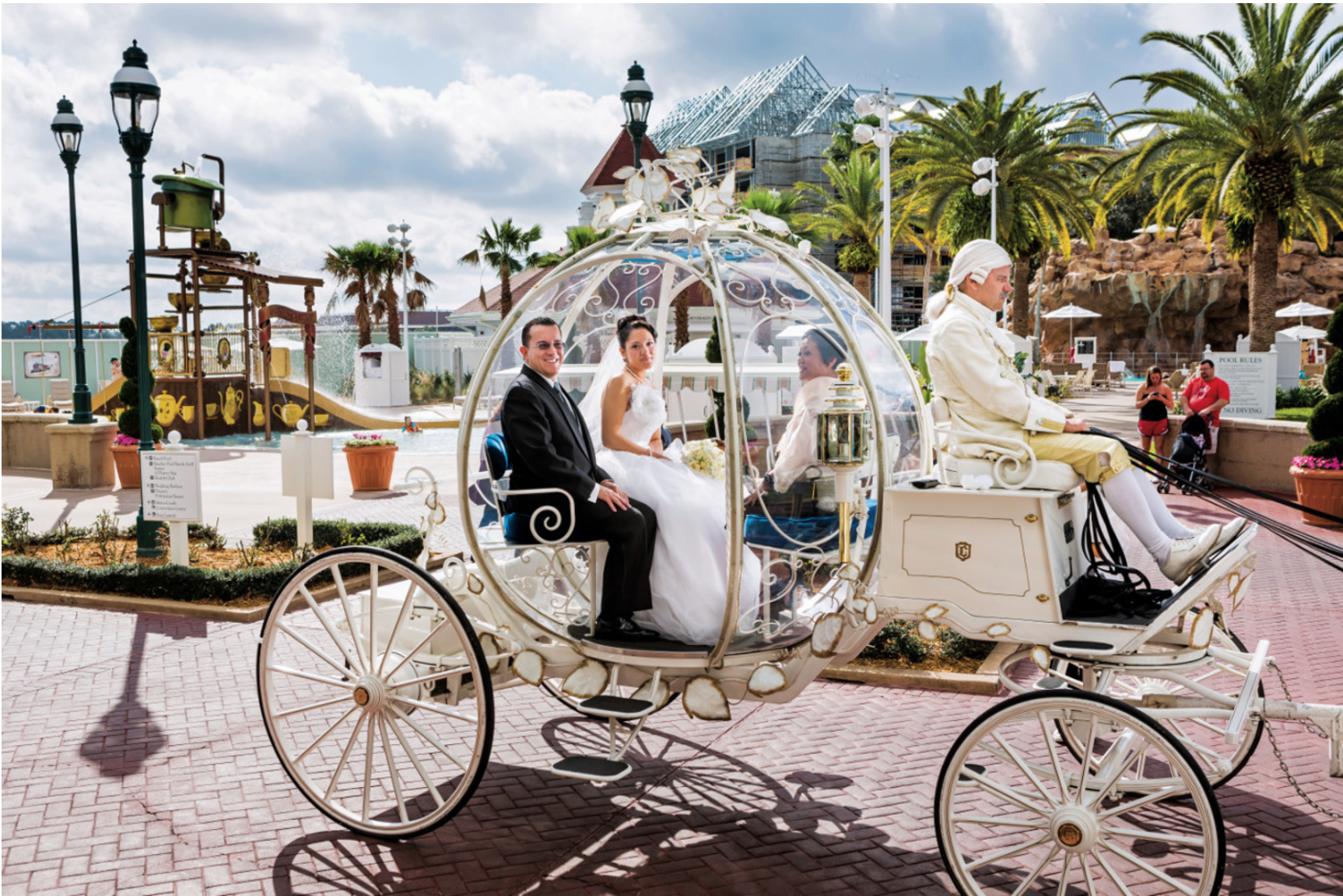 THE INFLUENCE OF AFFLUENCE: AN INTERVIEW WITH LAUREN GREENFIELD

Lauren Greenfield (b. 1966, USA) is a filmmaker and photographer whose new monograph, Generation Wealth, brings together more than 25 years of her work on the excesses of capitalist culture. Her biting wit and bright lights spare no one, as she deconstructs the devolution of the American Dream into a bona fide gold-plated nightmare. She speaks in this interview about addiction to consumption and the humanity at the heart of it all. She’ll be appearing on behalf of the John Adams Institute on May 16 at 8:00 PM at People’s Place in Amsterdam.

You’ve said that Generation Wealth is not about the rich, but about the influence of affluence. Can you tell us more about what that means?

It’s really about the aspiration to wealth and how this has become part of the American Dream, as well as how that dream and those values have also been exported internationally. I say it’s not about wealth for two reasons. One is, a lot of people in the book are not actually wealthy. The project is very diverse and that’s kind of the point – to see how these similar behaviors and influences are affecting everyone, from children to old people, from LA to New York, from Iceland to Ireland to Dubai to Russia to China. And secondly, it’s really about the addictive quality of consumerism, which is a kind of striving that happens at any level.

What was the most significant change that you observed over these 25 years of work?

The effect of seeing affluent lifestyles on television has been proven to a) make people think more people have that kind of lifestyle than really do, so it’s a distorted view of what’s normal but b) it also stimulates desire for those things. Mix that with the ability to get credit without regard to your ability to pay it back, and you have a situation where people are living out these fantasies.

“In America, people don’t resent the rich because they always imagine that it will be them someday.” 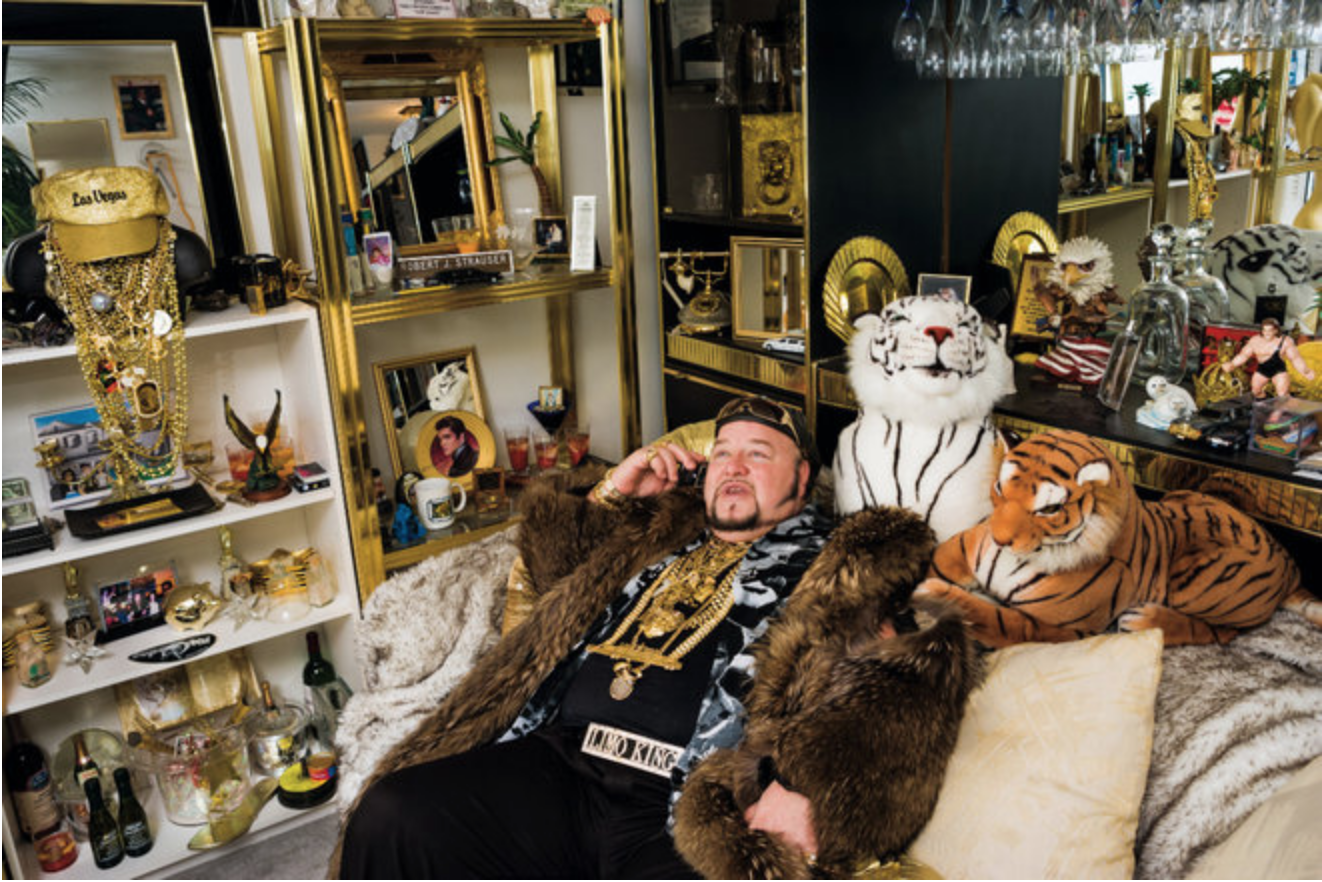 But, back to your first question, the rich are also in Generation Wealth and they’re important because they have a disproportionate influence, but the meat of the book is the fact that this is what we all want. It’s not limited to the 1% which is this very small group. In America, people don’t resent the rich because they always imagine that it will be them someday. It’s about aspiration.
There are quite a few works that are intended to be satire or warnings against decadent wealth – Less Than Zero, Wall Street, Wolf of Wall Street – which have actually inspired people. Are you troubled at all by the idea that people will see your work as aspirational?

Well, that’s why I’ve made the book into a serious work – it’s 500 pages and 150 interviews and 600 pictures. When you do small pieces that are run by a magazine, there might be commentary but of course you’re part of it too as an image-maker. And that’s a place that I have loved to live because that allows me to make the pictures and get the access. It’s being on this edge of being both an insider and an outsider that allows me to actually do the work.

I don’t think there’s anybody who’s actually going to read this book and feel like it’s glorifying wealth, because it’s a really sad, hard journey. I mean, I hope people make it through the 500 pages! I think the reason that people will is that it’s very relevant: everybody will see themselves somewhere in these pages.

For example, if you take a movie like Queen of Versailles, you can think it’s going to be a funny jaunt about these crazy people, and you might start laughing at the beginning, but by the end, you’re really empathize with the characters, especially Jackie Siegel. You can really see that her mistakes are our mistakes, and her foibles are our foibles, and that nobody is above being part of this. And I think what you get when you read Generation Wealth, is that it’s a really tragic, dark assessment of where we have come, where we are in our responsibility. And it’s not intended to depress people but there’s a lot of pain in the pages. It’s not a pretty picture about where we are as a culture, but the intention is really as a provocation for us to think about who we want to be, and what will allow us to move into the future.

Your book does serve to de-glamorize the rich and pursuit of riches, and yet, we’re all still hypnotized by looking at your images. Does that say something about the extent of our fixation?

I like using laughter as a way in for storytelling. I like the surprise or the unexpected journey of thinking it’s going to be one thing and then realizing it’s another. For example, the viral spot I made #likeagirl. It starts out with laughing, as the way people imitate girls running or girls fighting, and it’s kind of funny, because it also feels low stakes, like, what does it really matter? But then as the spot progresses, you start off laughing and end up crying and I think it allows you to get in and engage, and also want to take the time to have the experience. Then, you see it for what it is, and that has another effect.

With Generation Wealth, the book is bound in gold silk, so it’s like this beautiful, luxurious object that you want to have, which is ironic. I’ve always kind of worked that way, and I like black humor. I’ve worked with very bright, saturated colors and used the language of the popular culture – whether that was sexy bodies or bright lights or provocative, dynamic pictures – to bring the viewer into the story. 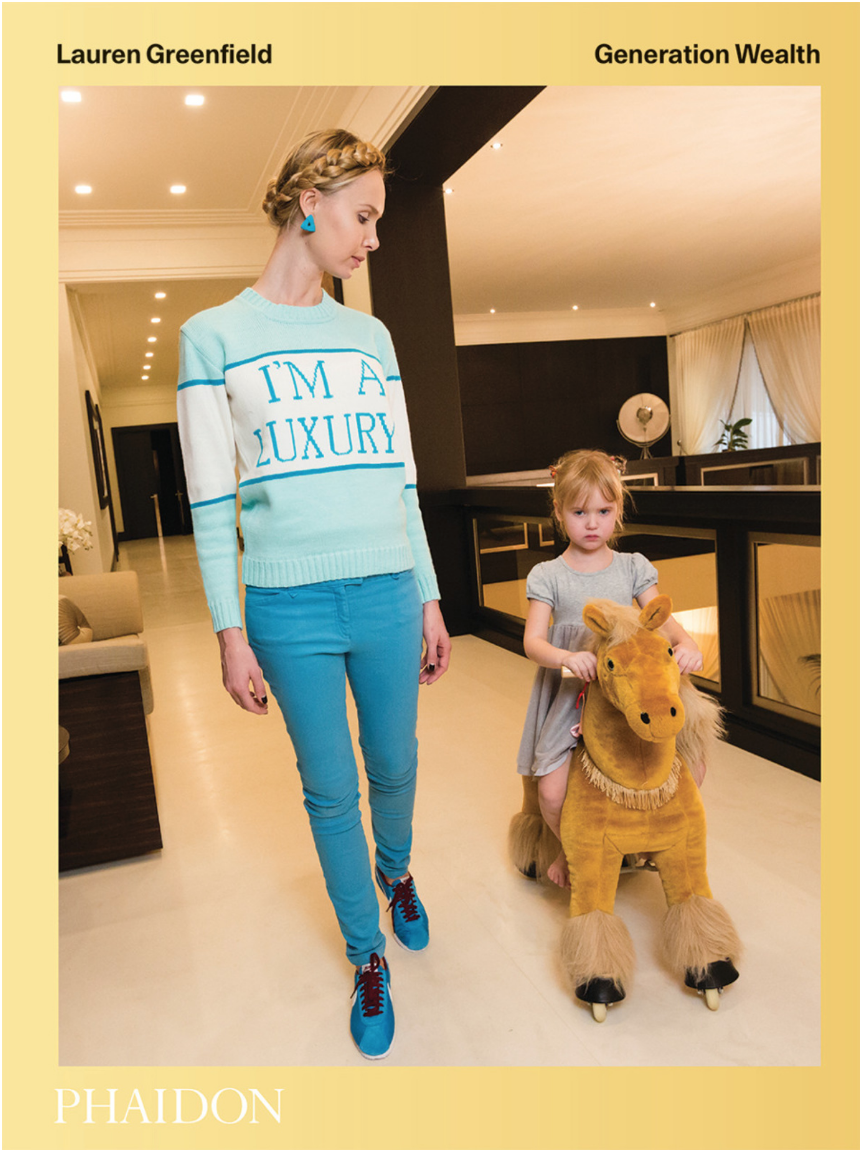 But part of the reason why I also include the interviews in the book is because sometimes the text belie the images. For example, Mijanou, who’s the girl on the cover of Fast Forward. She’s this beautiful girl, there are all these convertibles at the beach and, especially for Europeans, it’s kind of like the Californian dream. But then when you read her interview, you see that she’s struggling to keep up in that world because she doesn’t have the money that the other kids do, and she actually uses beauty in a way as currency to get into that popular crowd, and that has a kind of traumatic effect.

So, I think it’s good that people are drawn and repulsed by the images, and I hope that inspires the same examination of our own attractions to things. Like when I go into a store, I’ll be attracted to the posters or the packaging or the bags – those things are made to have that effect. What I’m trying to do is to also have the ability to see that, and deconstruct what’s around us and the effect that’s having on us… But of course that doesn’t take away that effect. 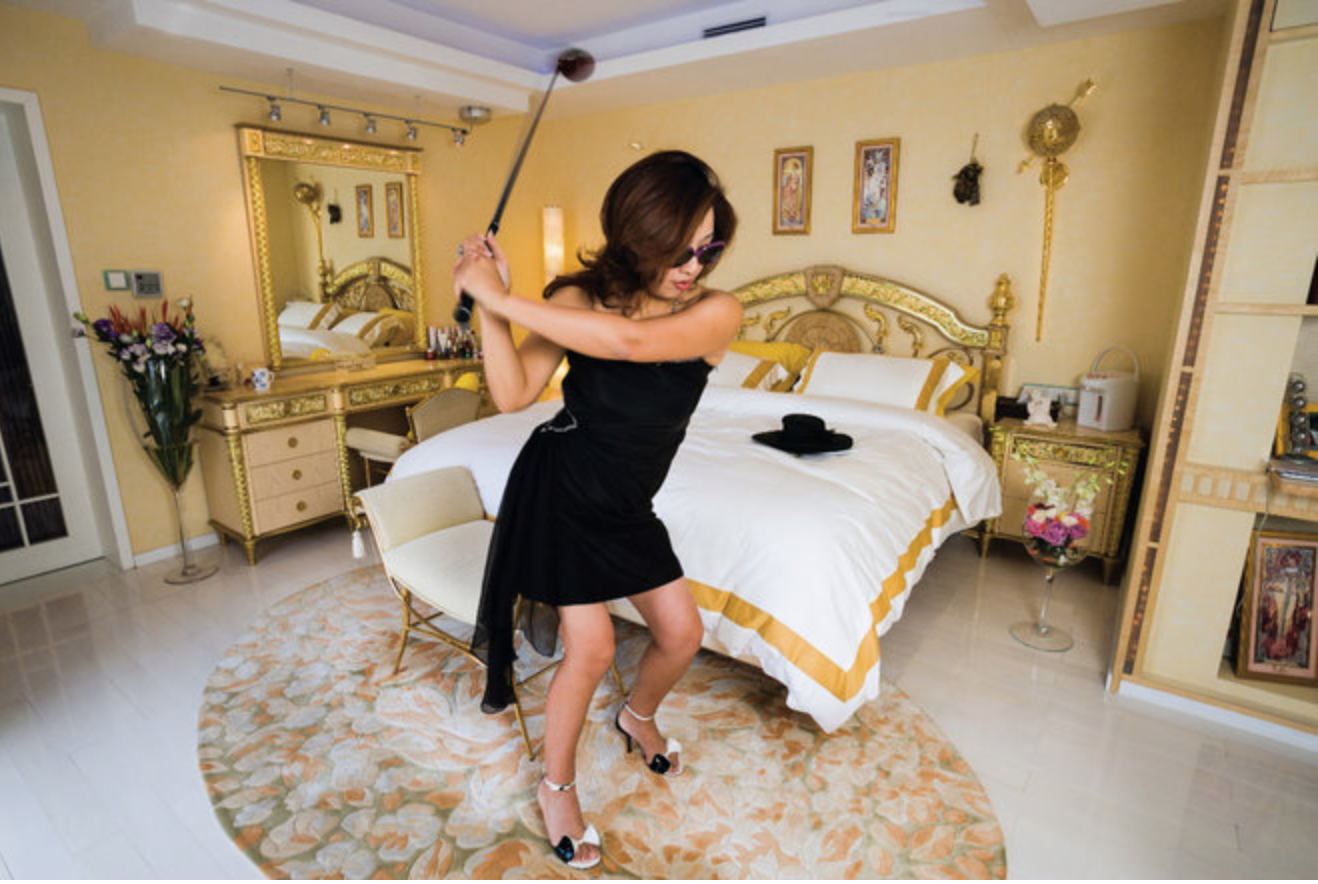 Is there any way out of this or are we stuck here?

Well, that’s a good question. It took me about four years to put this project together, going through more than half a million pictures, and as I was working on it, I wasn’t sure for a long time how it was all going to come together. I was following my intuition, I didn’t start out with a thesis that I knew would work. I just felt like something was there, and so I kept putting together the pieces and trying to make sense of this narrative. And when Trump was elected president, it was kind of the apotheosis of Generation Wealth, and the bearing out and the validation of what I had been seeing over these 25 years.

Looking back, after putting this together and also seeing it from the vantage point of now with Trump as president, and where we are as a culture, it does look like a straight line, from the late ‘80s or early ‘90s to now, in terms of how our culture and values have changed. And I think that it is an unsustainable path if we stay on it.

“I think global capitalism is on its journey, and part of what we saw in the election is that the media has become part of a for-profit venture”

That said, there’s a lot of insight by the characters in the book on different subjects. People like Florian Homm, a German white collar criminal who was at the peak of his wealth and then lost everything and is now wanted by the FBI – he kind of learned his lesson and tells us what they are. David Siegel from Queen of Versailles has a similar journey. Iceland as a country took the crash as a way for them to realize that they had lost their moral compass and they wanted to move in another direction, and they actually made laws and institutional change that supported that. So, there’s glimpses of hope that we can make a change and have consciousness about that and wake up, but I think global capitalism is on its journey, and part of what we saw in the election is that the media has become part of a for-profit venture. We’ve kind of lost the objective, critical perspective of the media, and that is not going to go in a good direction.

Yet simultaneously, one of the top buzzwords of the last five years or so has been ‘authentic,’ something which is supposedly anathema to the superficial image. How do you see these two things connecting?

I see that as the other side of the same coin. I hear that word ‘authenticity’ often in advertising. In fact, sometimes people come to me for that – “You’re a documentarian, you do real people, authentic moments. Can you do that to help us sell our products?” – but that’s just another form of selling. 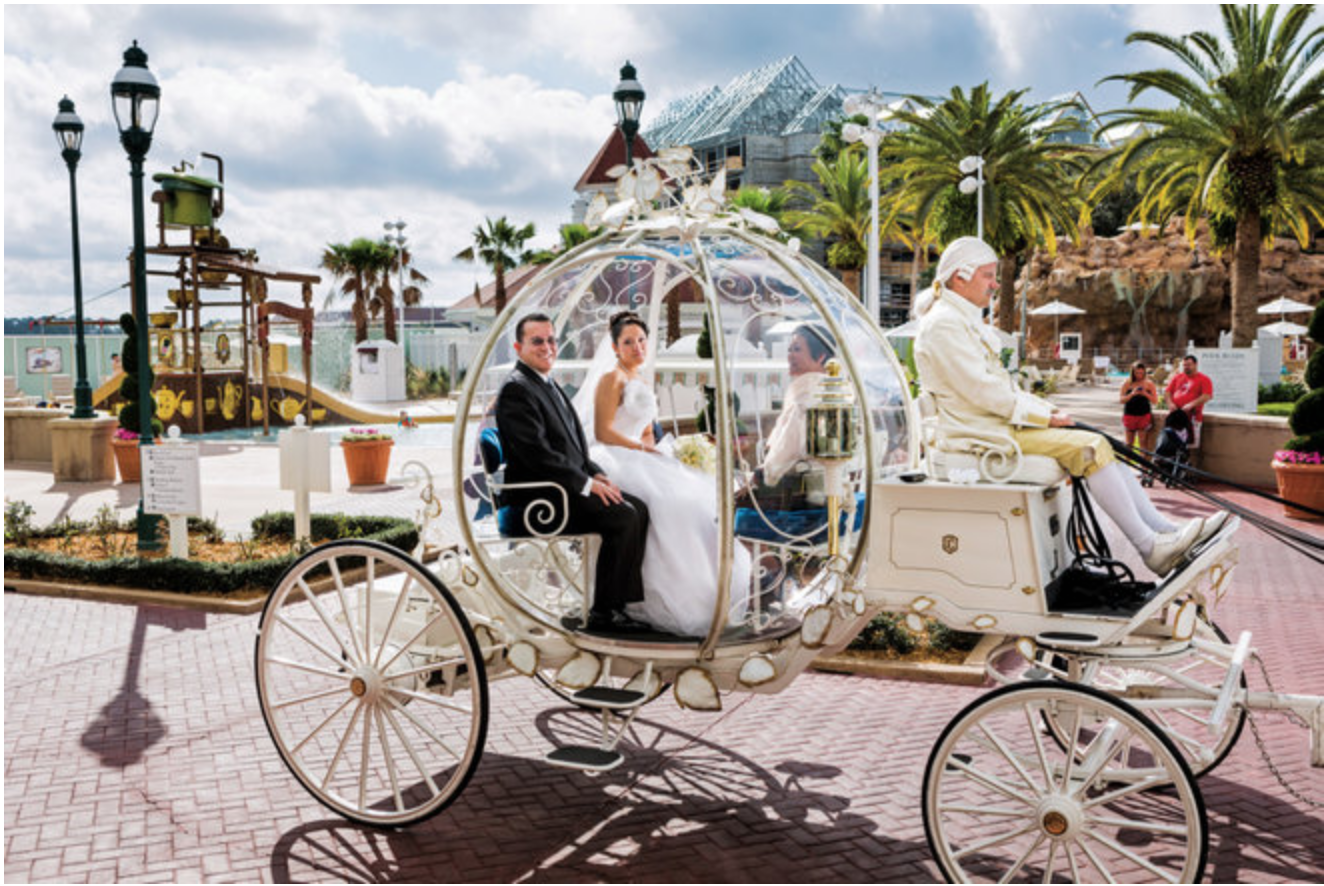 I was really profoundly moved by something said by Chris Hedges, who’s in the book. He wrote a book called Empire of Illusion and I interviewed him, and he said: Social media is the end of friendship. We’re offering our presentational selves but friendship is all about being vulnerable. So we have this so-called ‘friendship’ where we’re on Facebook with 5000 friends as a replacement for the real vulnerable friendship. Friendship on social media is curating the photographs of ourselves, curating how we’re presenting ourselves. It’s an image-based expression.

If we have to say, “let’s go for authenticity,” that’s almost by definition inauthentic. On the other hand, I think that people do have a sense of the emptiness of addictive behaviors, like the addiction of consumerism, and all of these countervailing trends like authenticity and mindfulness are real and positive things that show that people kind of trying to get a life raft as they’re drowning in the disconnection and dissatisfaction of modern life.

What’s the most important thing you’ve learned about wealth from your whole experience?

I’ll quote David Siegel (from Queen of Versailles) on that: Money doesn’t make you happy, it just makes you unhappy in a better section of town.