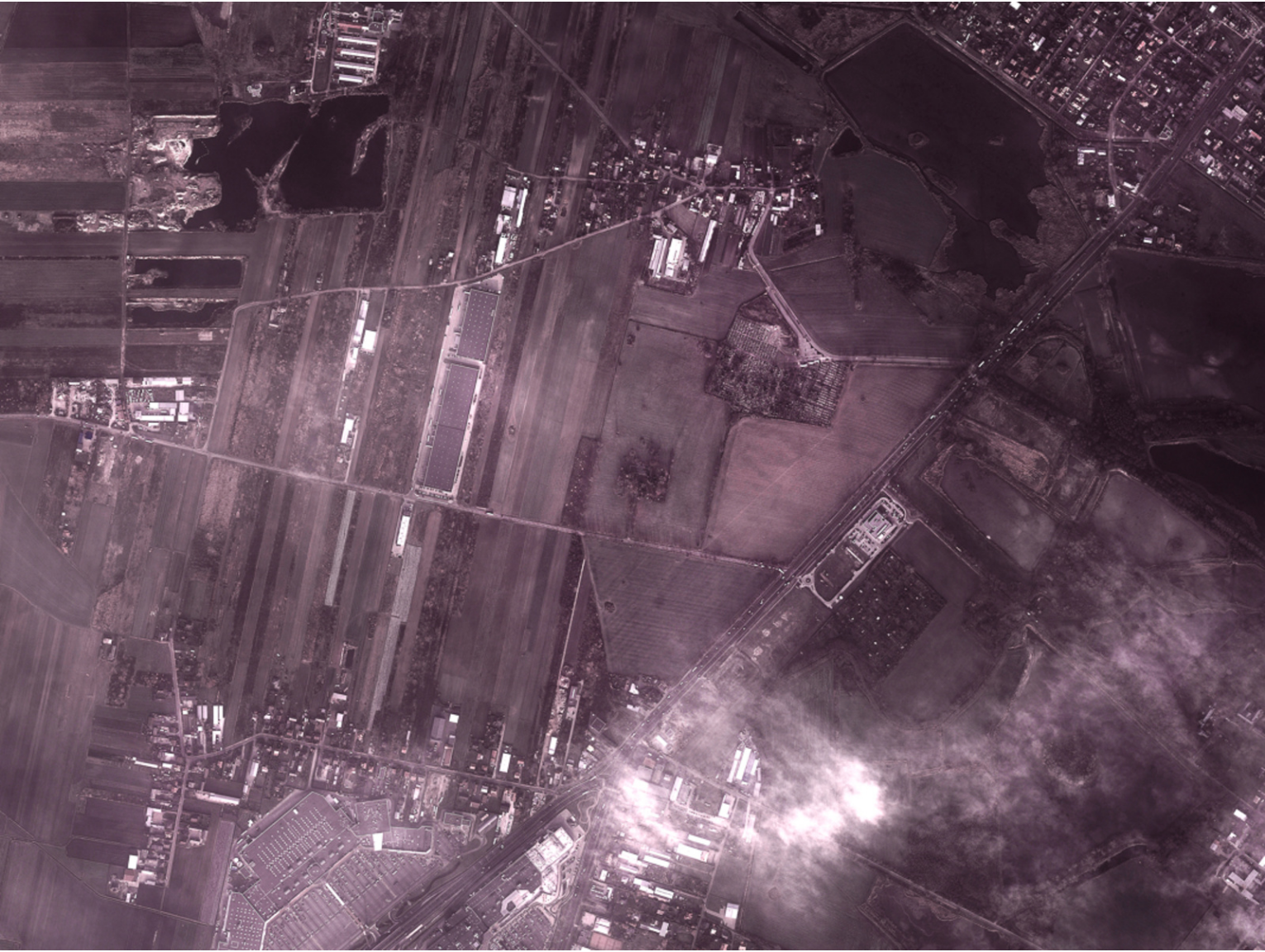 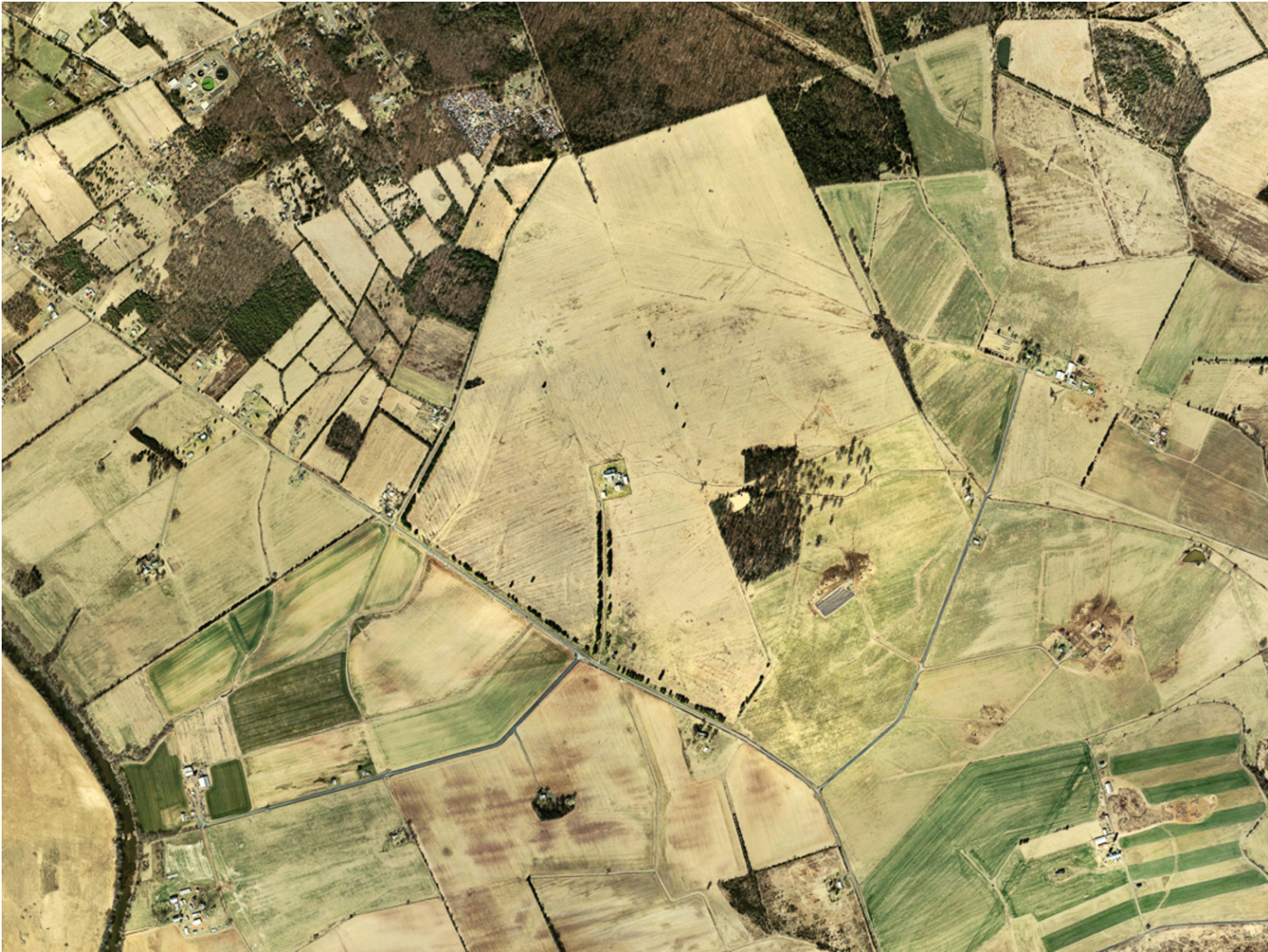 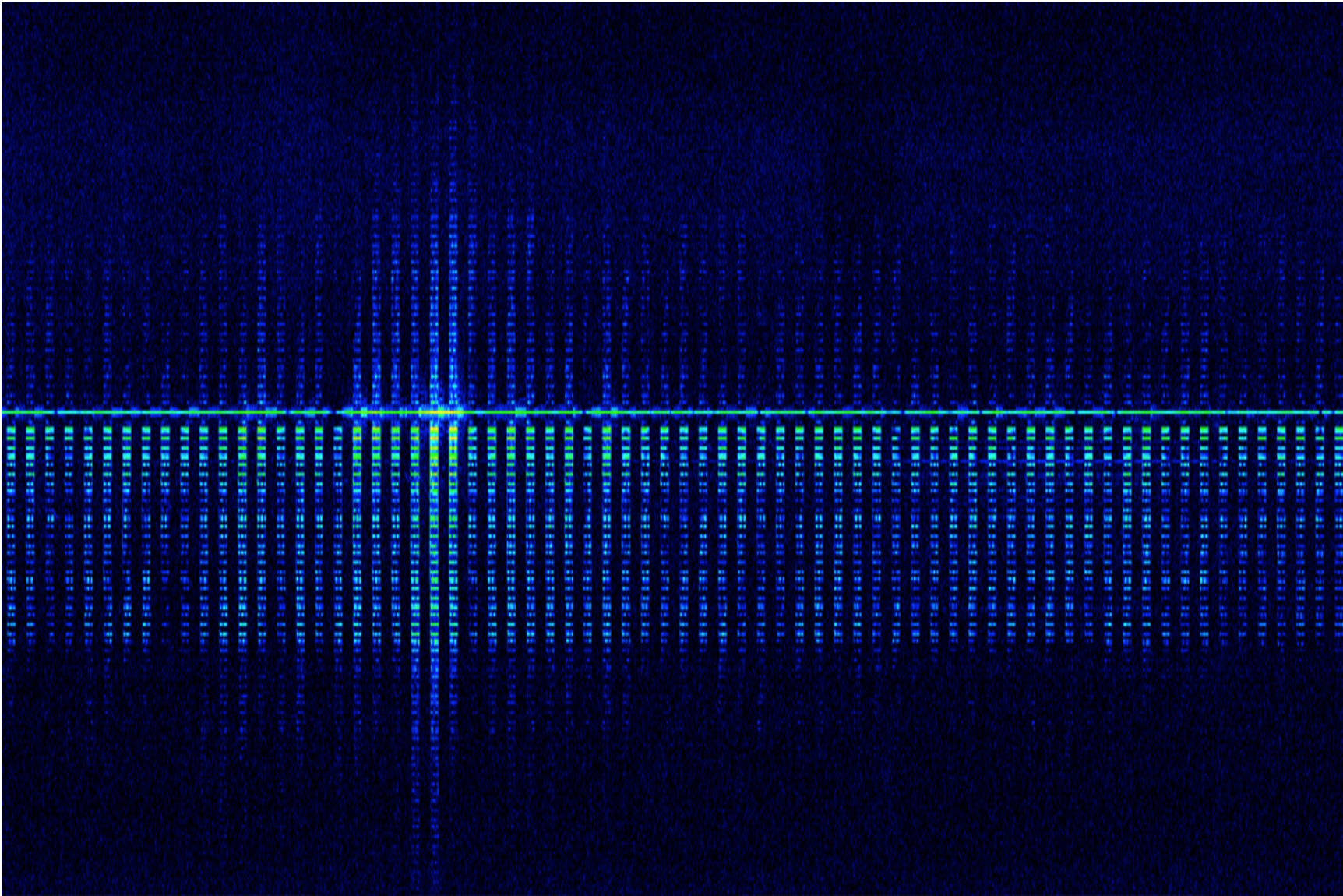 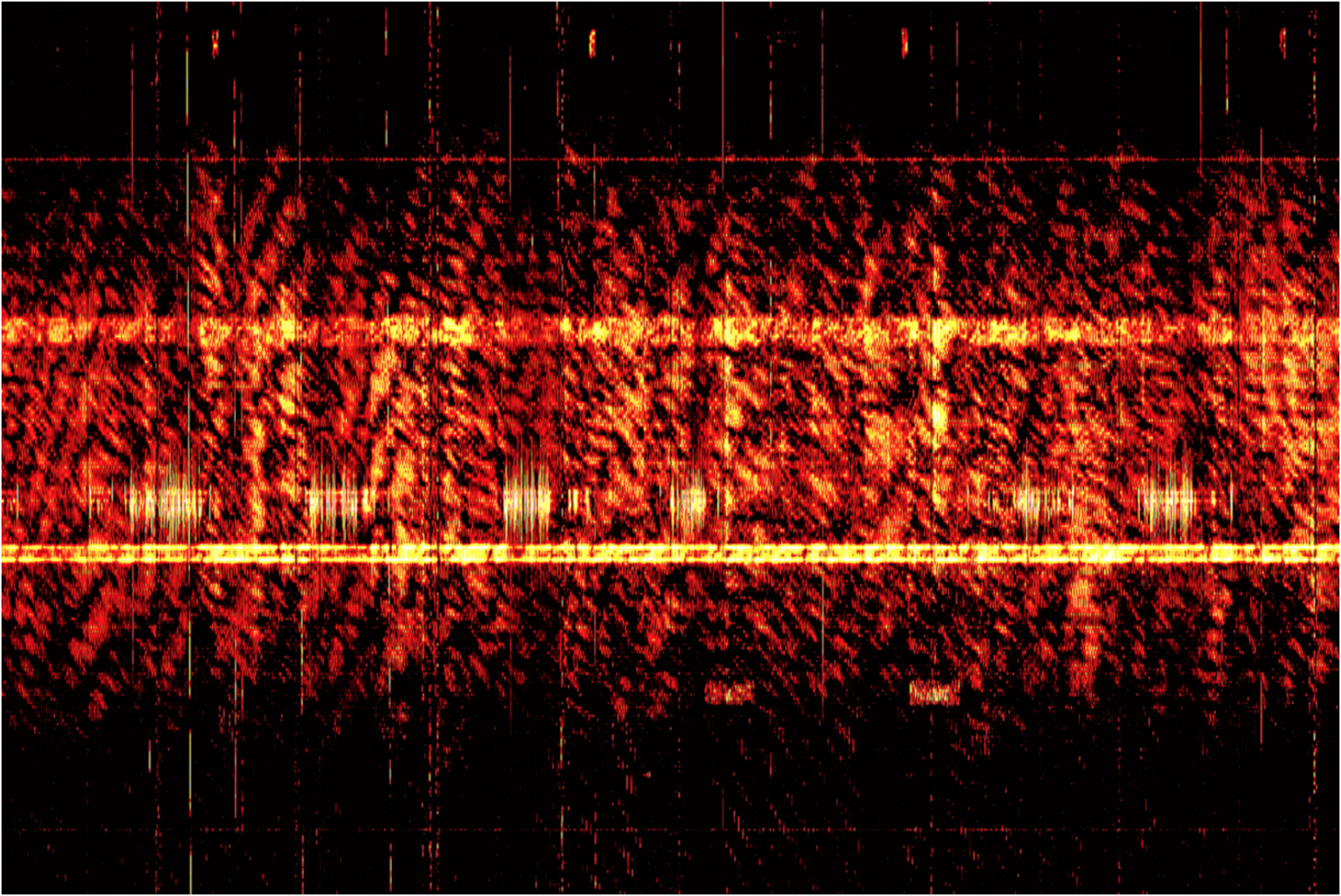 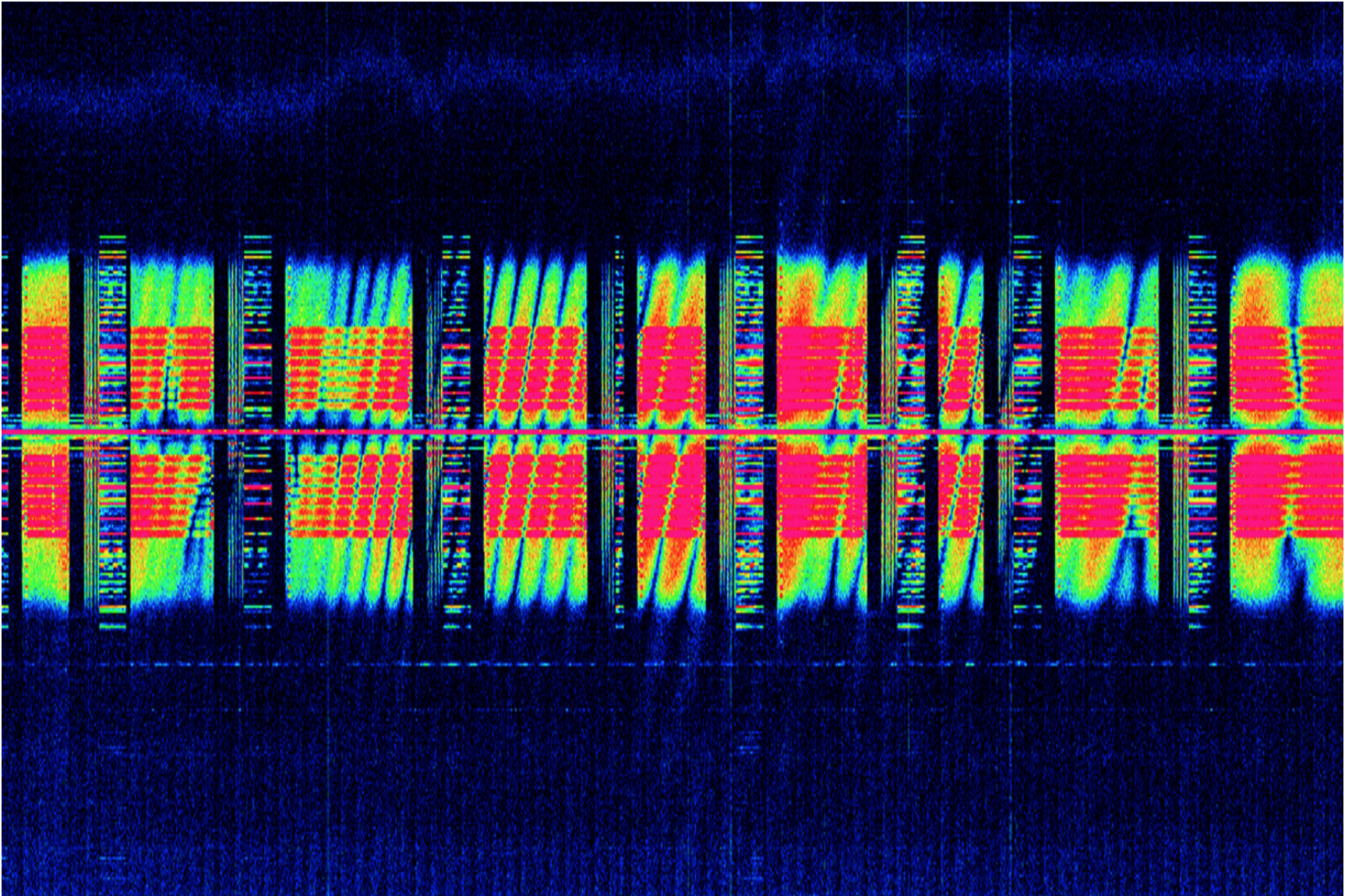 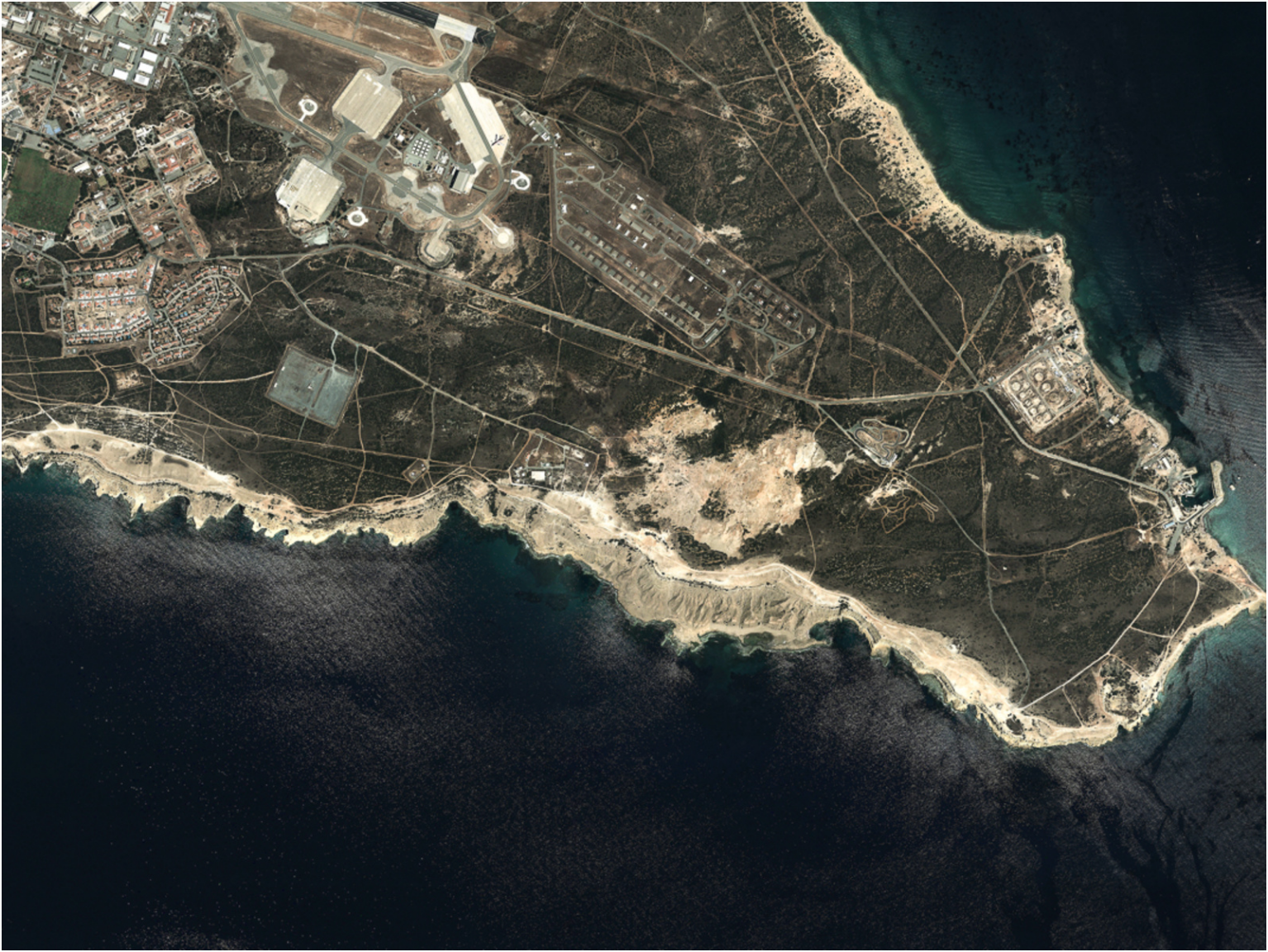 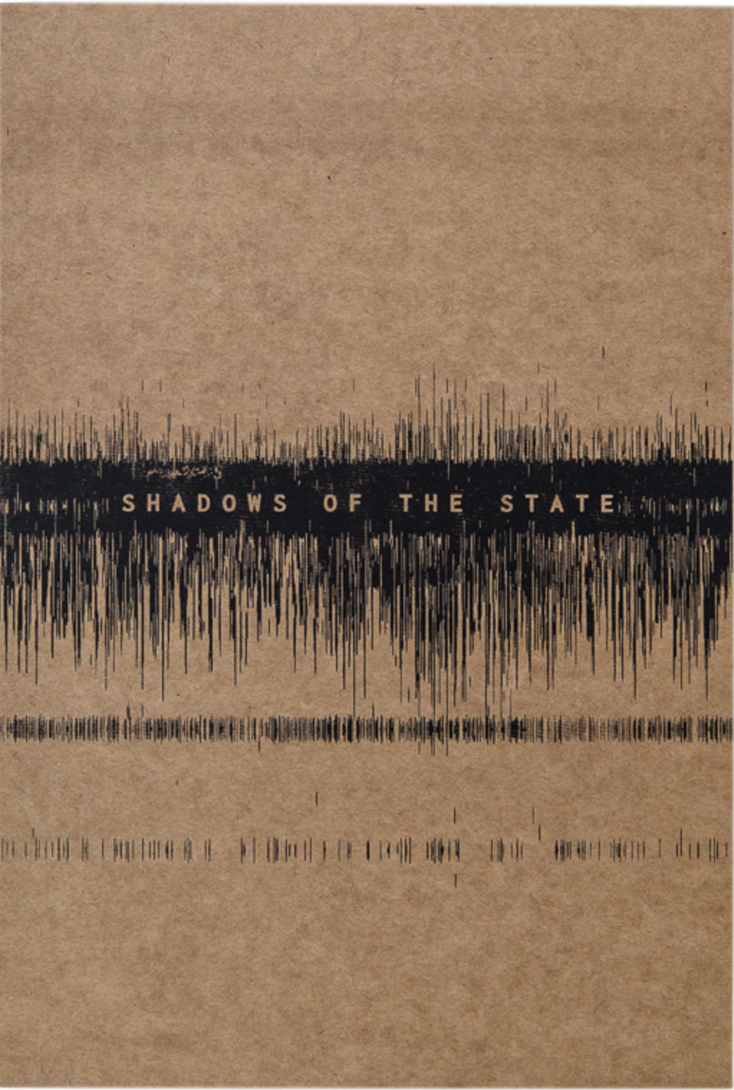 SHADOWS OF THE STATE: AN INTERVIEW WITH LEWIS BUSH

In his work Shadows of the State, British photographer and writer Lewis Bush (b. 1988) looks to a seemingly obsolete technology: numbers stations, which broadcast shortwave radio signals of a synthesized human voice reading mysterious strings of digits. While they were mainly known to operate during the Cold War, they continue to operate. Bush’s project investigates these covert installations, using open source information to try to identify their locations and visualize their unknowable contents. We speak with Bush to learn more about his series and the threat of secrets.

Tell us about these numbers stations – what’s the context for their existence and what are they intended to do?

Numbers stations are shortwave radio broadcasts of voices reading series of apparently random numbers. They have existed since at least the Cold War and possibly earlier, but their owners and operators remain a mystery. They behave like pirate stations – without officially allocated frequencies – and yet they are generally far more professionally operated than you would expect a pirate station to be. Various theories exist to explain them, the most plausible being that they are a means by which intelligence agencies communicate with their agents. 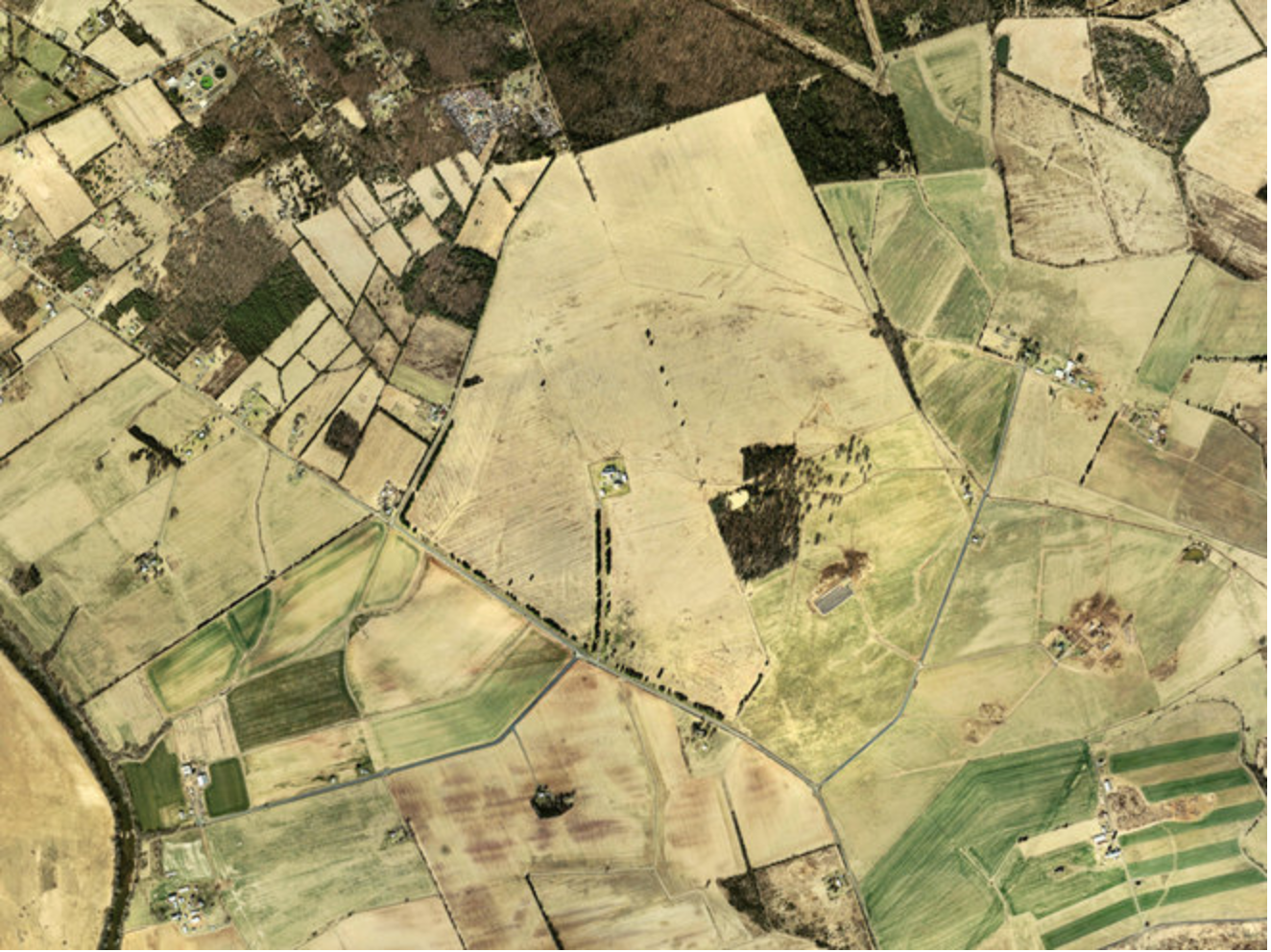 Is there any evidence of their current function? Or that they’re still actively used, rather than just left alive?

Because of the nature of the encoding that numbers stations are thought to use, their messages are effectively unbreakable. This means that figuring out their actual purpose is close to impossible and we can only speculate about their function and the nature of what they are transmitting. Because of this, their role today could have changed but it would be hard to know. It could be that while in the past they transmitted actual instructions to agents, they are now used more to give them information about other sources for their instructions, for example, pointing them towards messages encoded in online images. Perhaps they contain no messages at all and simply a form of psychological warfare intended to harry enemy states.

It is hard to say something is dangerous if you do not know it’s meaning, but there is certainly a sense that something unfathomable has a sort of threat or danger about it. The metaphor I often use is that listening to these stations to is the feeling of looking down into very deep water, where the bottom is lost in darkness. You know something is down there, but you have no idea what, and the process of trying to find out is tinged with a sense of risk which is difficult to define. 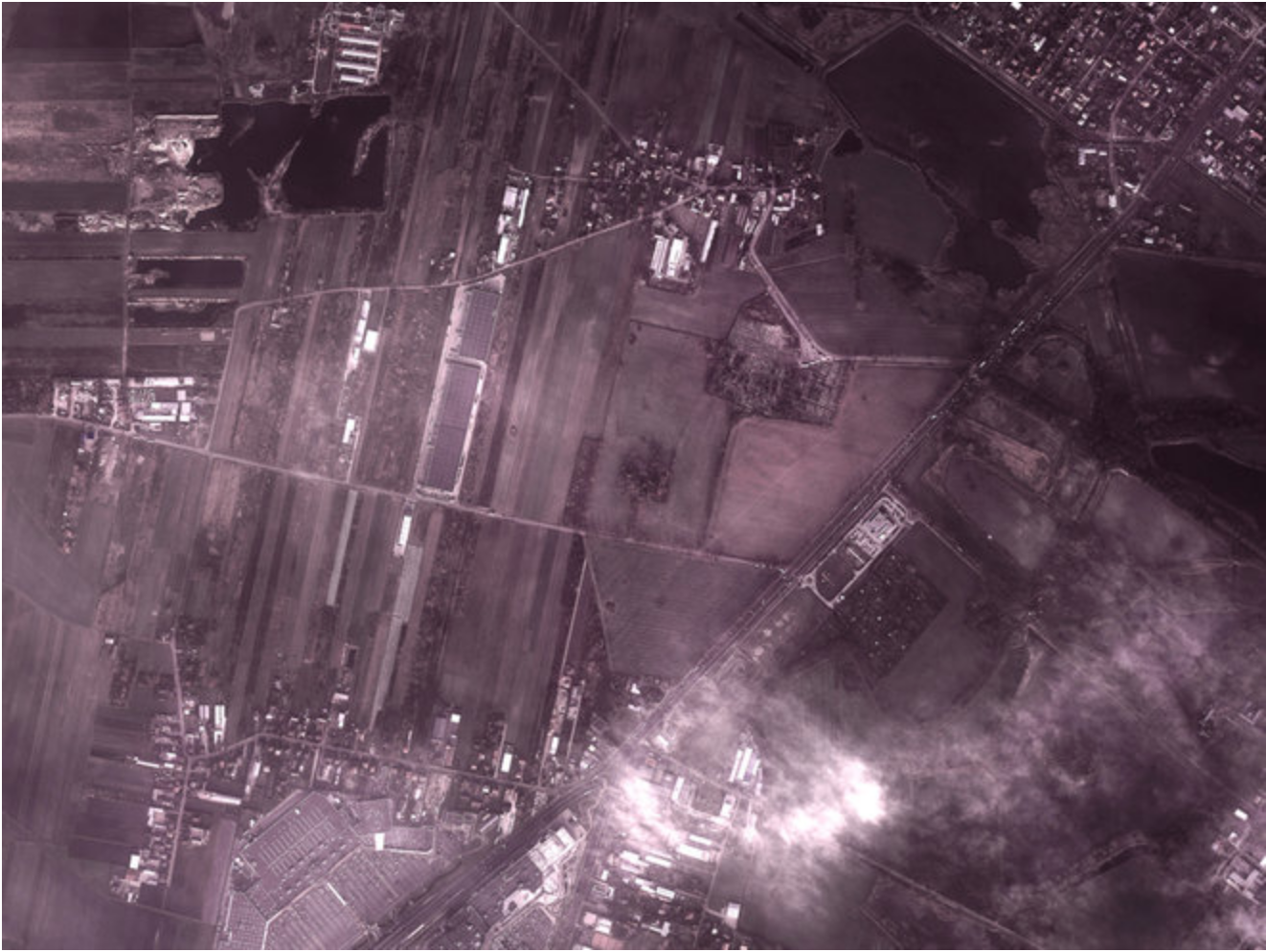 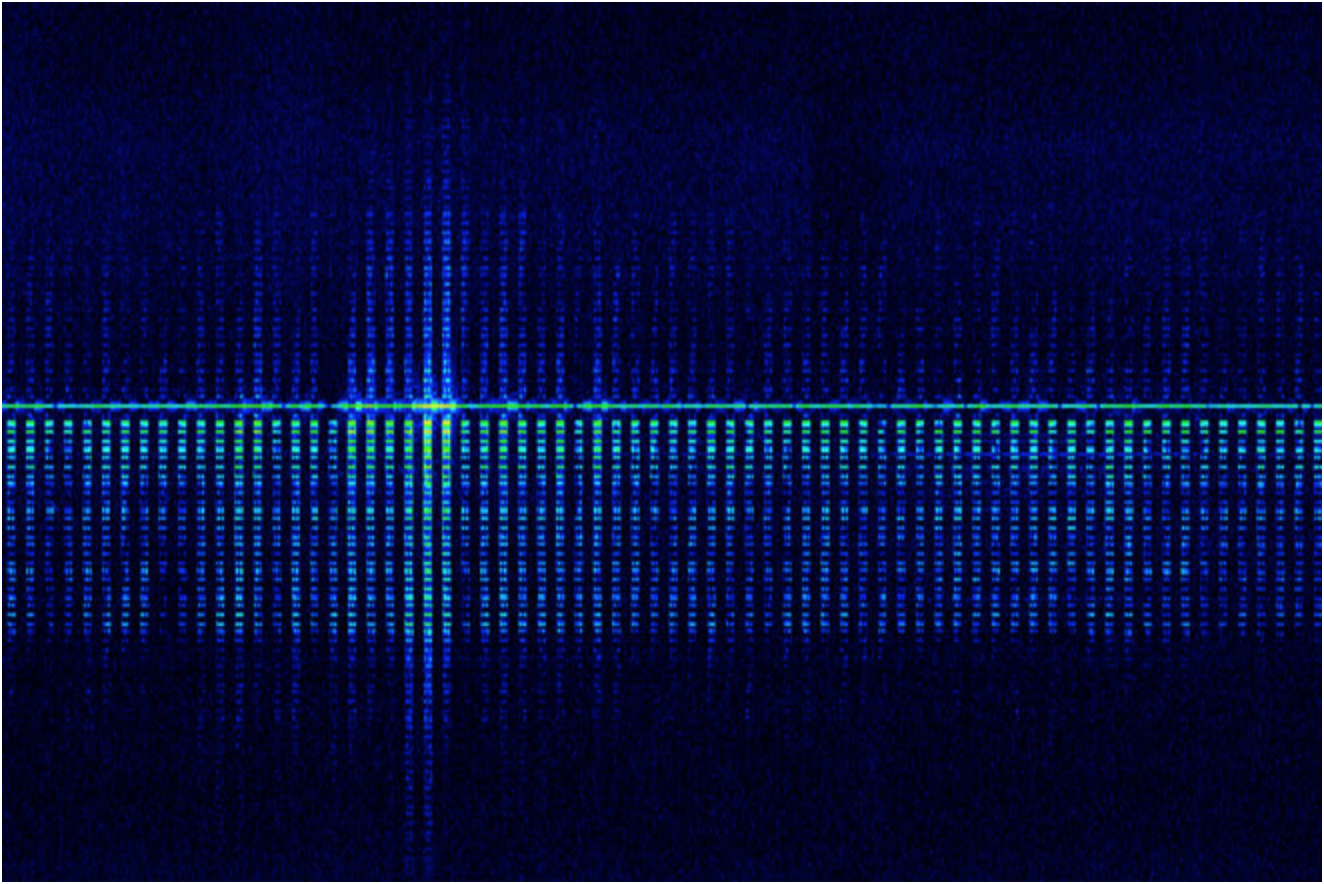 Given the current geopolitical climate – tensions between Russia and the rest of the world, and likewise tensions between the new U.S. president and nearly everybody – it doesn’t seem much has changed since the Cold War, even the technology. Is there anything in your research that surprised you about what has changed, and what has stayed the same?

People are often very surprised that shortwave radio would still be a viable way for an intelligence agency to communicate with an agent. We have this image of intelligence gathering being at the cutting edge, but to some extent new technology is also unreliable and unpredictable, and by contrast what is old is more familiar, perhaps safer. Unlike internet, communication radio has the great advantage that it is virtually untraceable, even today. Certainly, these stations also hint at a certain continuity in terms of global affairs and relationships between countries. Hearing that the airwaves are alive every day with these secret signals has brought me to the realization that the Cold War is not so consigned to history as we might sometimes like to think.

Tell us about your research into the stations, and how you came to the conclusions that you did regarding their locations.

My research involved reviewing all the information I could find about a particular station. That information would hopefully start to suggest a country of origin, or perhaps some more specific transmission location which I would then focus on. I would cross reference specific station information I had collected with more general information about covert transmitters and other sites associated with intelligence gathering in the country I was interested in. By doing this I would gradually focus on a tighter and tighter geographic area. In some cases, I would be able to identify the actual site from these sources.

In other cases they would only point me towards a generalized area and I would then search it by eye for a suitable transmitter site. If I found one I would then try to find information about that site and try to assess its plausibility as a site for transmitting covert broadcasts. So, it was like a process of finding suspect sites through triangulation of available information, reviewing the plausibility that they were involved, and sometimes dismissing them for lack of evidence. As a result, some locations in the book are much more definite than others and that’s one of the things I discuss in the accompanying texts, the limitations and ambiguities of trying to explore such a murky world, where convincing information is hard to come by. 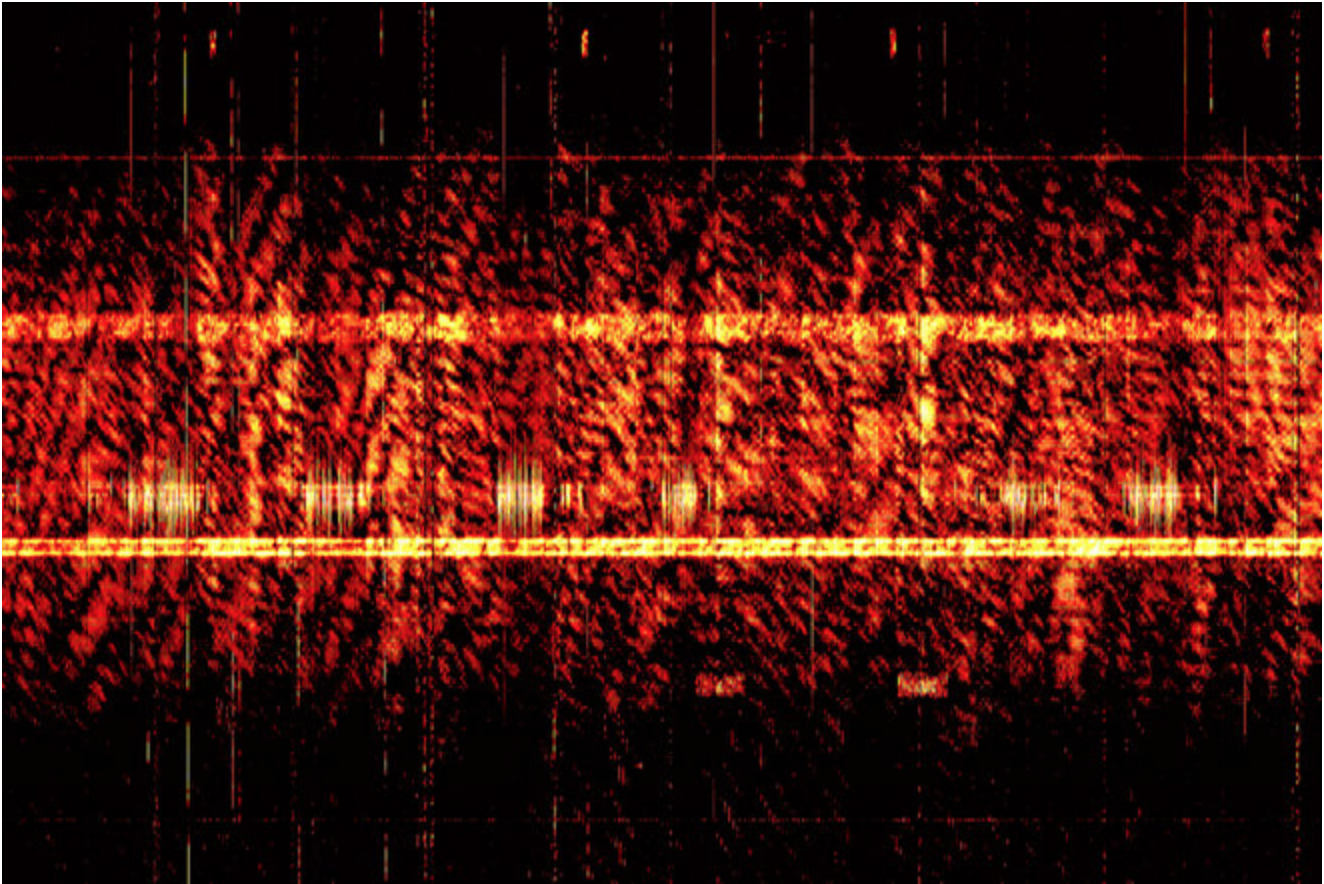 “What was once the most sophisticated spy technology of its time is now available for ordinary people to use”.

Can you tell us about your visual approach of the satellite images and radio spectrograms?

The satellite maps are composites, composed of many screenshots taken of an area on Google Earth and then stitched together. The spectrograms, which are produced by the shortwave radio software I use to listen in to these stations, are also composites, created again by screenshoting the data feed as it appears in the radio software and then combining these into a single large image.

I am interested in the way that different organizations and groups see the world, and in turn how those ways of viewing shape their world views and actions. So it made sense I felt with this project to employ visual methods which were connected to the intelligence organizations I was interested in. While satellite mapping is a technology we are all now very familiar with, it has a history which runs right back into the Cold War, to the first imaging satellite system which was codenamed Corona and developed by the Central Intelligence Agency. It seemed appropriate to employ this technology both to show how these agencies viewed their opponents during the Cold War, but also to show how once highly advanced technology proliferates into the world, and the way that what was once the most sophisticated spy technology of its time becomes available for ordinary people to use.

Despite the mixed media, you do call it a ‘photographic project’ – how you see your images in the context of photography?

I am not interested in narrow technical definitions of ‘photography’. For me photography much more represents a set of ways of viewing and understanding the world than it is the product of a specific technology or mechanism. So for example I make images of the radio signals images which are technically called spectrograms, but which I often describe as photographs when I show the work. Technically speaking I think this is an accurate description, since these images are making visible radiation which is part of the same spectrum as visible light. But it interests me that my calling these images ‘photographs’ often seems to disquiet photographers who want to find other ways to label these images and what I do. 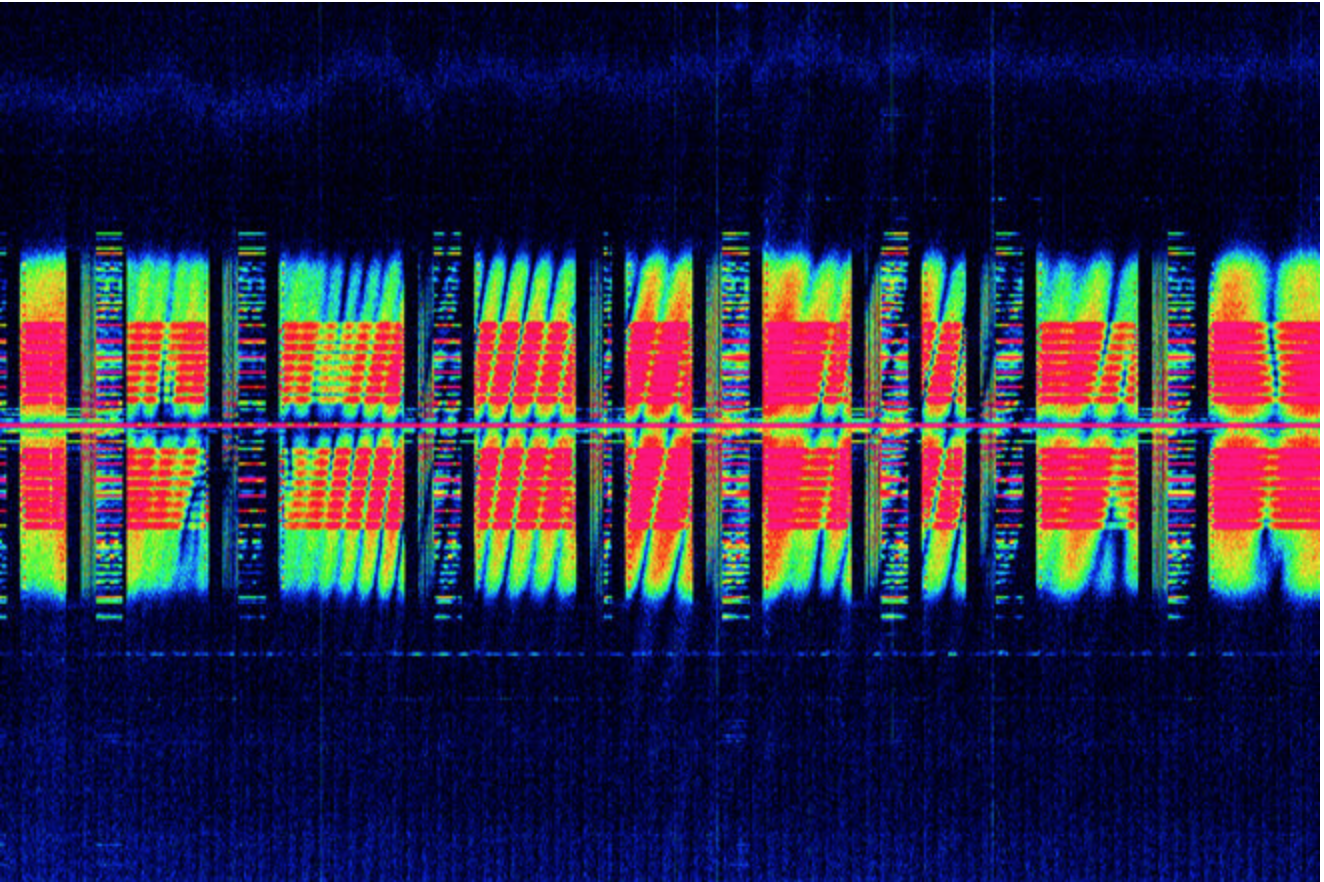 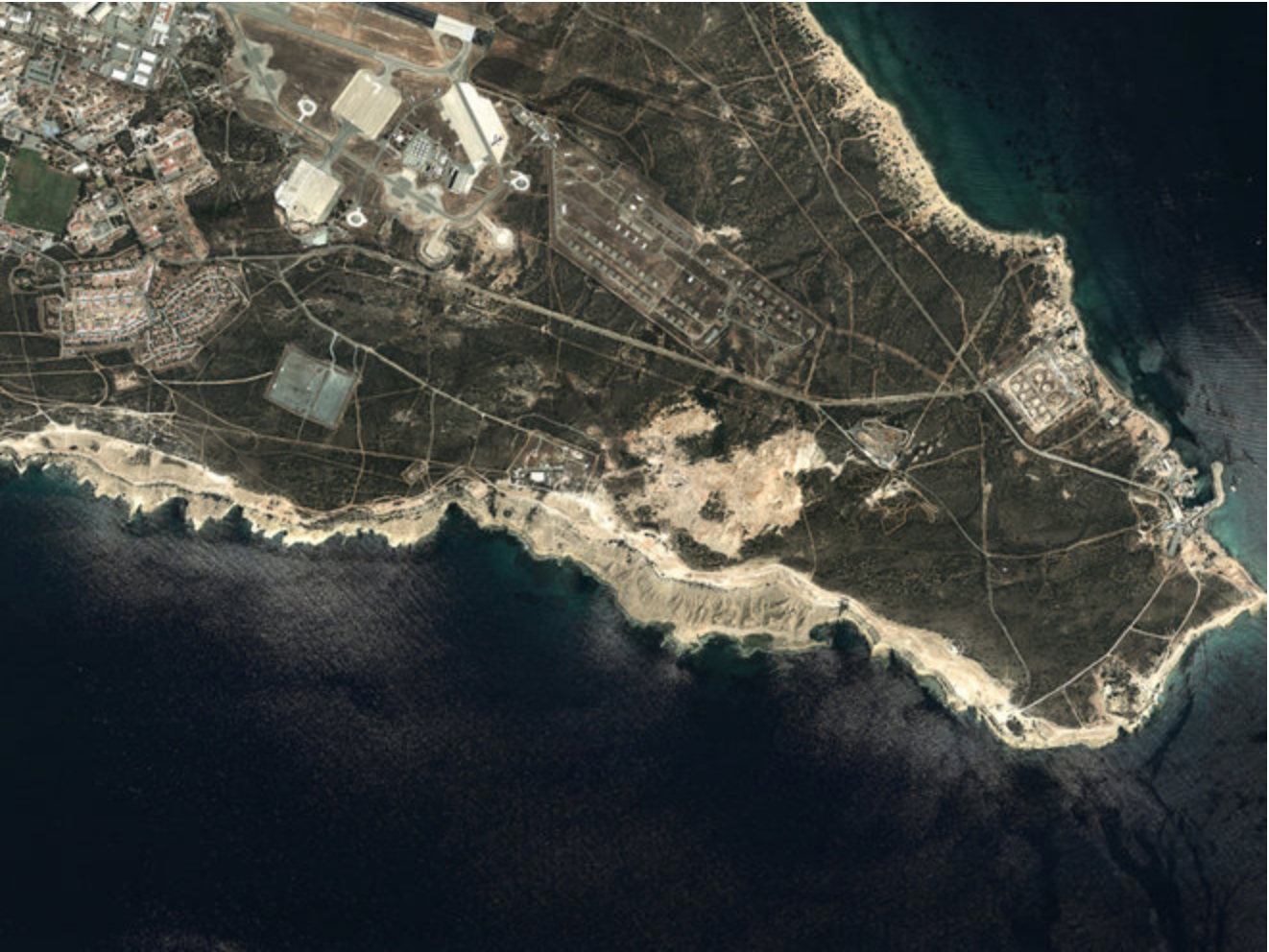 You’re also working on a website to present the project, with recordings and information about the stations – what do you see as the benefit of a multi-platform approach of this project?

Yes, the website and book will allow us to do different things and reach different audiences. I love making photo books, and these physical books allows us to show off the imagery at its best and in a form which really suits a certain type of narrative. At the same time as loving book making, I am highly aware that the audience for them is extremely narrow. In running our crowdfunding campaign, we have been very excited to see this book reach outside the traditional photography audience, with perhaps the majority of our funding actually coming from people in the radio, hacker, crypto, and other communities. This is great, but it is important to me that we reach people outside of photography who might never buy a book of this sort, and we hope the website will start to do that. Besides this desire to reach different audiences the website will also provide different information, acting as a more practical insight into the process of making a body of work like this. My aim is to try and illustrate how anyone could do something like this.

The project seems to have the driving question as to the mystery of the messages. Would you personally find it more satisfying to know the message contents, or to preserve the suspicion that it raises about one’s government?

Although the project began because I found the stations compelling, even compulsive, to listen to, I am actually not now that interested in what information these messages contain, or even in the stations themselves. Like many of the things I have pointed a camera at, I am interested in this topic mostly insofar as it can act as a gateway to access and start to talk about issues of state surveillance, accountability and the effect of these things on democracy. For me it is immensely problematic that we are often told the only way democracy can survive is by having something right at its heart which is inherently undemocratic; I find that a glaring contradiction. While the story of the radio stations might capture people’s imaginations and cause them to engage with the book, I hope that ultimately this question of accountability and transparency is one of the things they leave with. 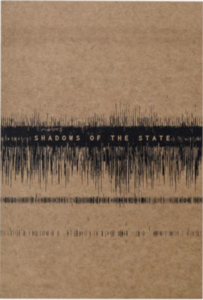 Shadows of the State is currently planned for publication as an edition of 700 books, and has a Kickstarter campaign to raise support for this, until Sept. 26, 2017.