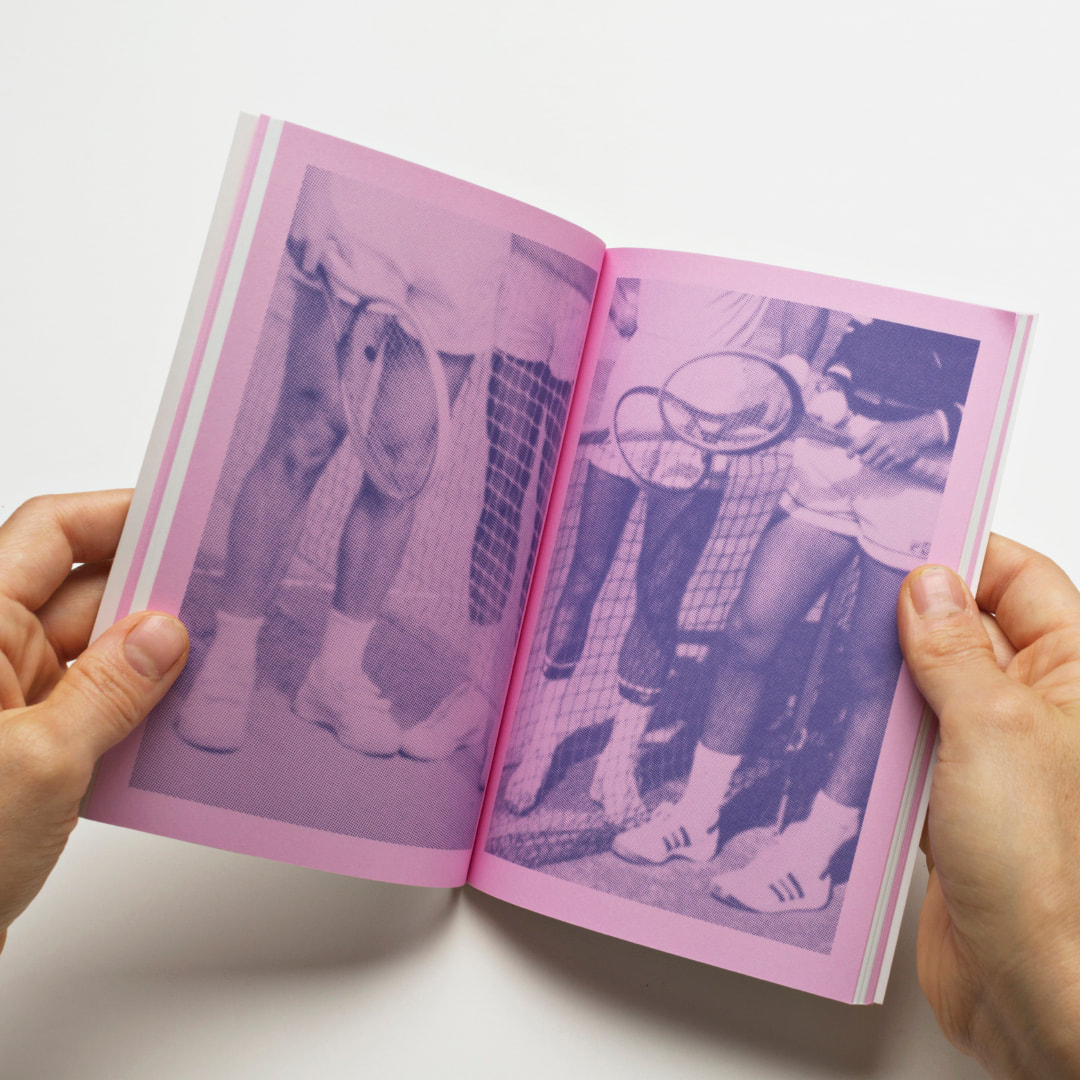 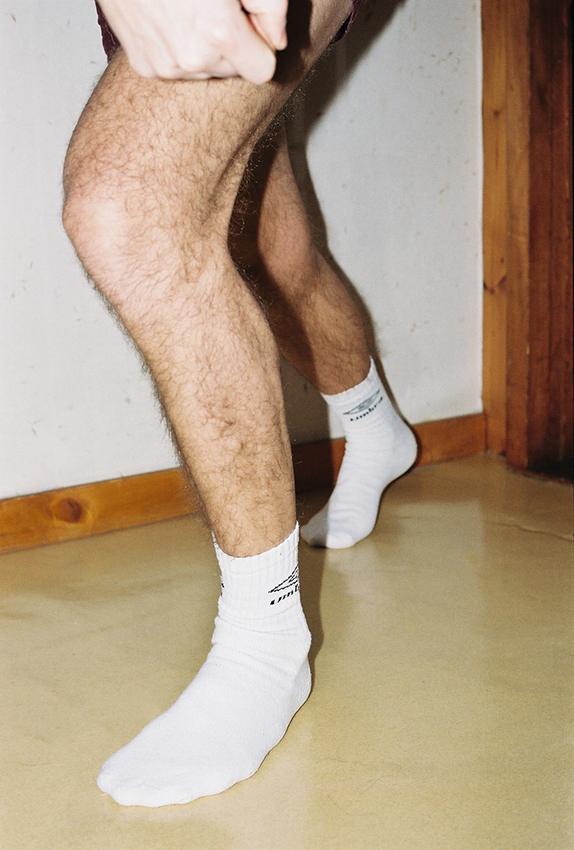 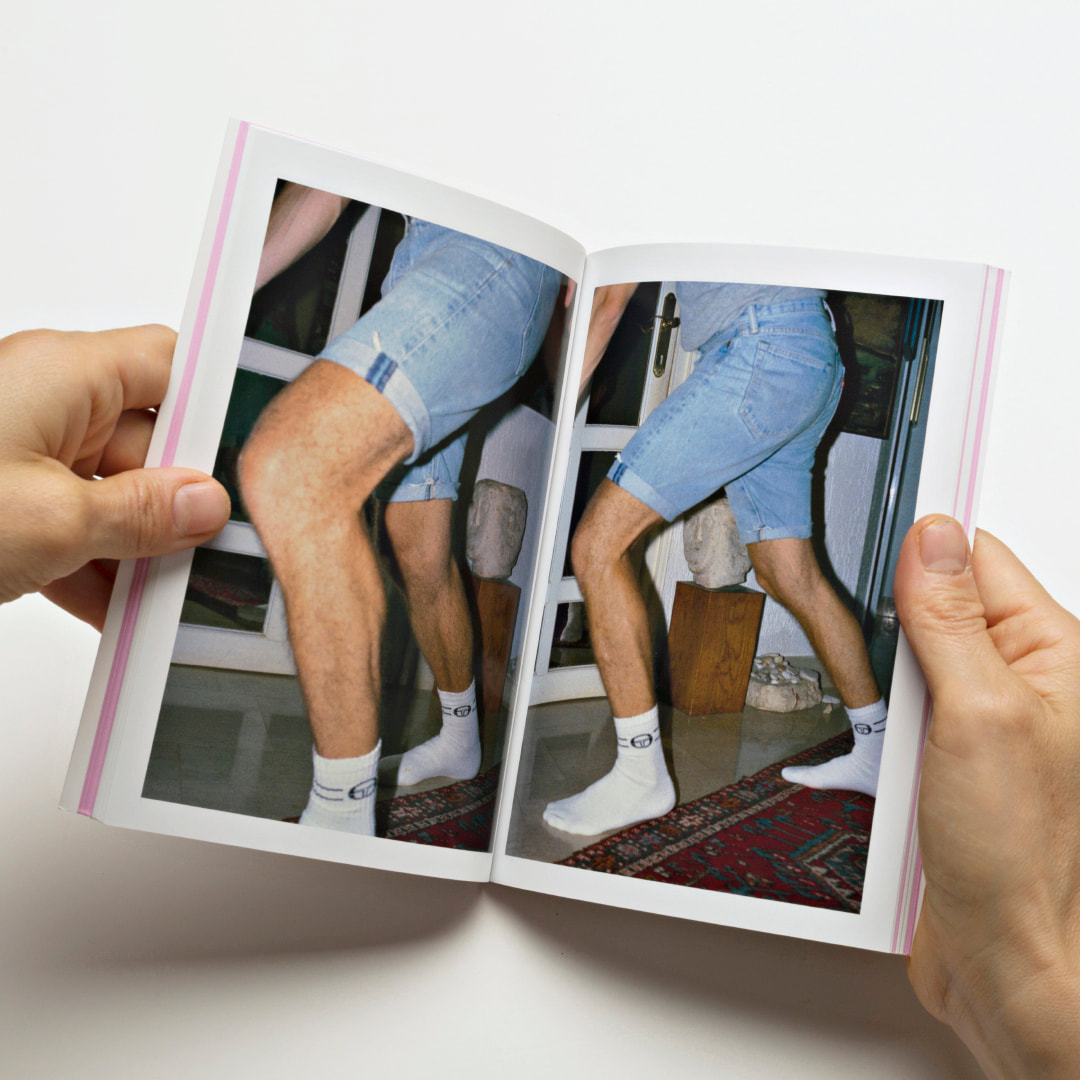 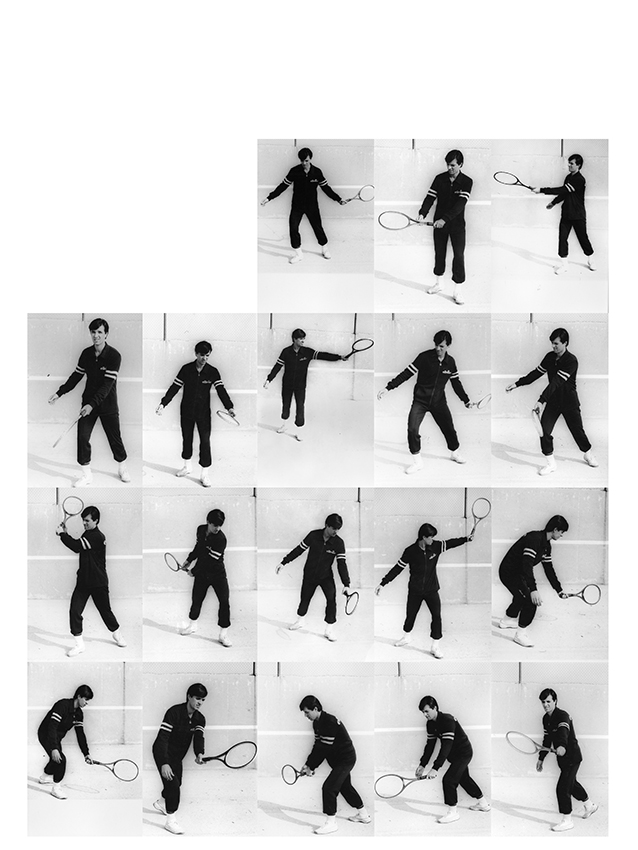 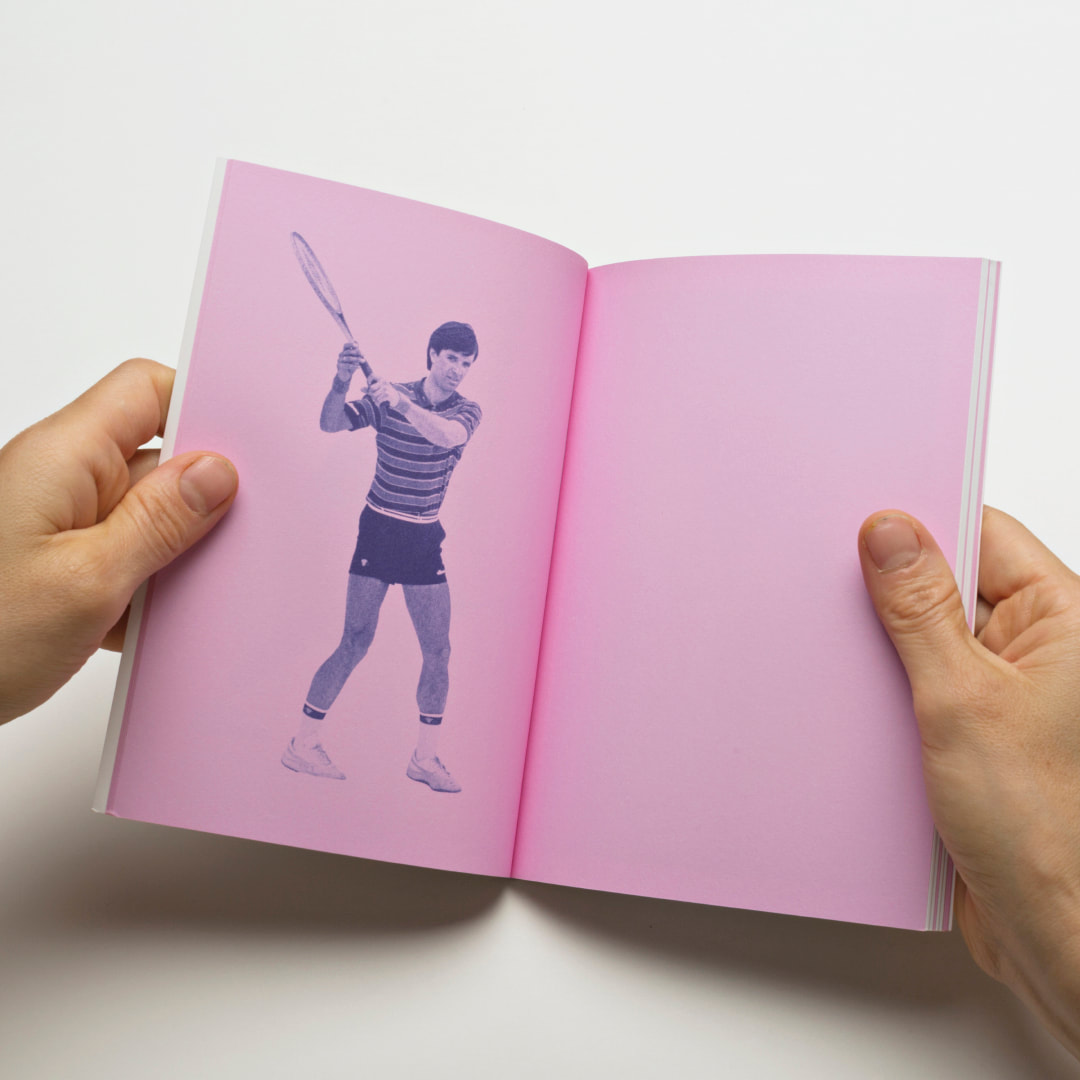 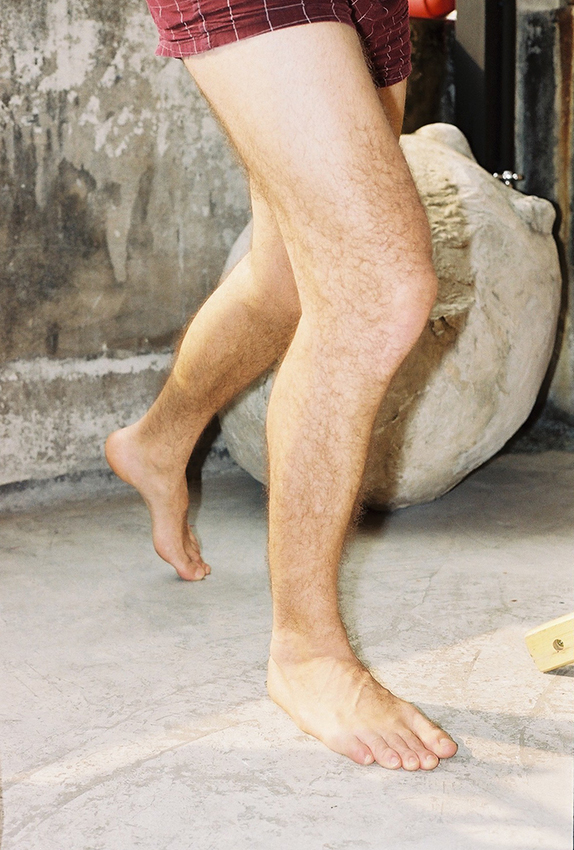 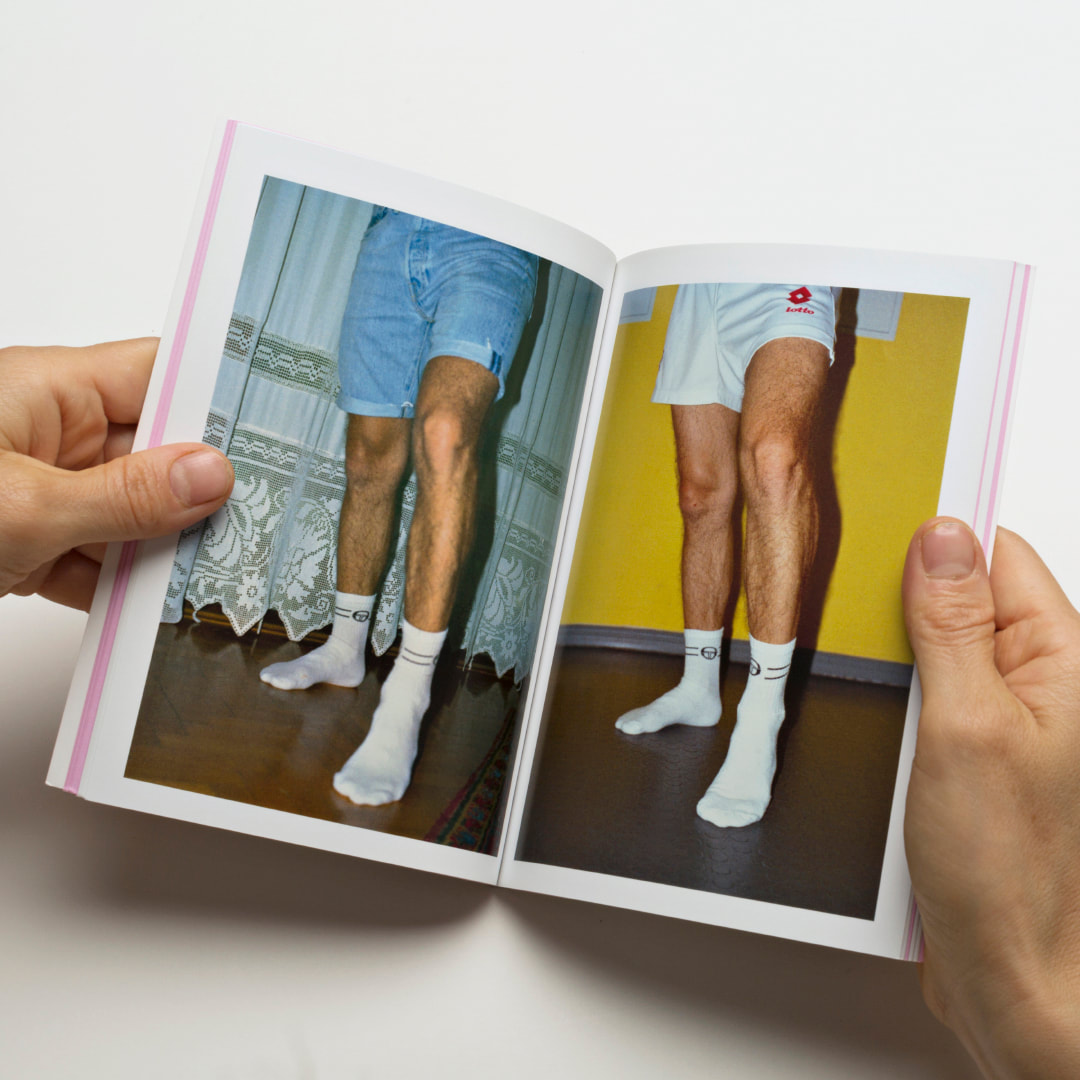 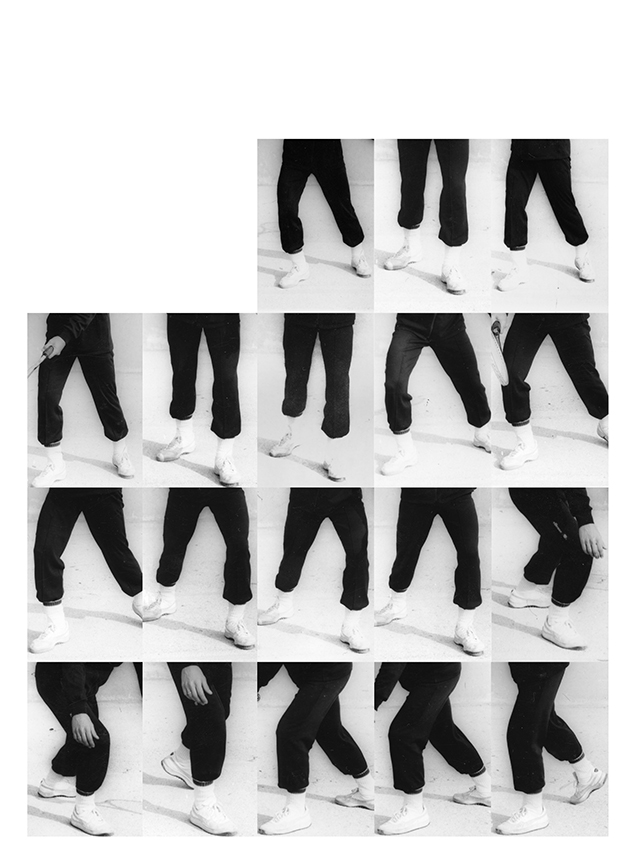 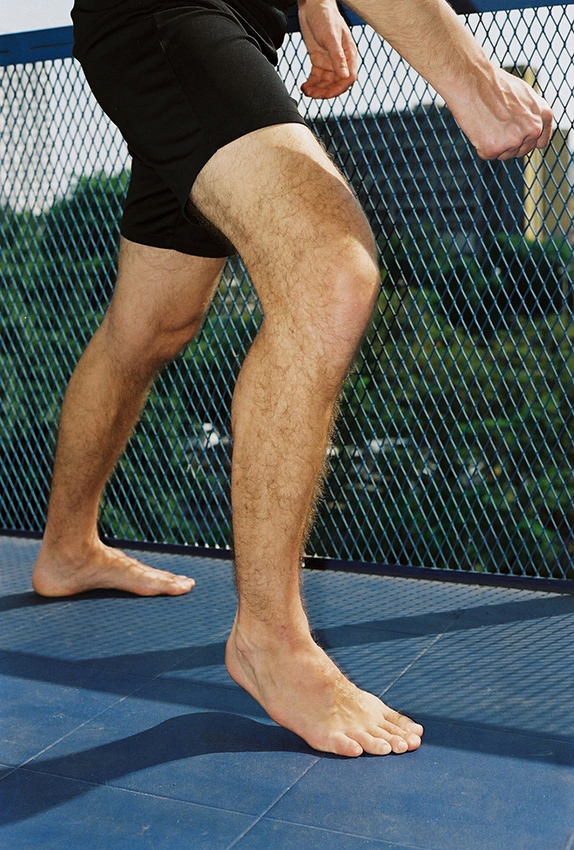 In ‘My Father’s Legs’, Sara Perovic (b.1984, Croatia) explores the role of the male figure in the adult relationships of women. In her book, she combines newly created images of her partner’s legs with archival photographs of her father, a tennis teacher posing in specific textbook positions. Perovic reveals that her father’s strong love for tennis hindered his attention for her when she was a child. The archival images are printed in a pastel duotone, softly bridging the past and present. Drawing from her own family history, she manages to raise more universal questions about father-daughter relationships in addition to power dynamics in visual culture.

In an interview with GUP, Perovic shares the intriguing details behind creating ‘My Father’s Legs’. 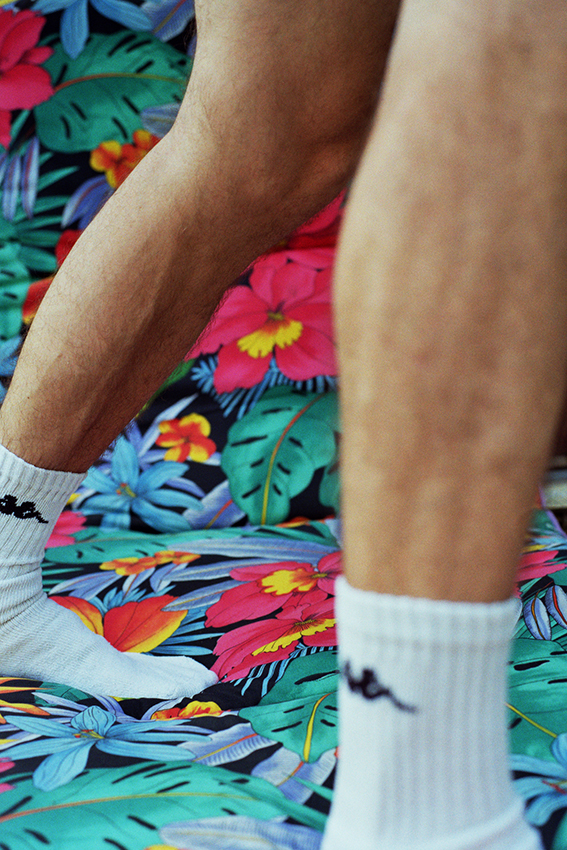 What was your starting point of ‘My Father’s Legs’ and where did you find inspiration to approach it in this way?

In 2017, after a photography workshop I have completed, I realised there were some issues I had to solve with my father. I started by browsing through my photography archive where I found some emotional portraits of him, and then I went through my family archive where I found tons of tennis pictures. The more I was thinking of my father, the more I thought of tennis. Then this sentence (which also opens the book) came to my mind: “I fell in love with your father because of his beautiful legs.” I heard this sentence many times already since I was a kid. My mother was always telling me about my father and how she fell in love with him. I immediately thought that this story is repeating itself but now with me and my partner who also has beautiful legs.

I then started photographing some tennis-inspired still lifes in addition to taking photos of my partner in various tennis positions. I also found a tennis manual for left-handed people written by my grandfather – he was also a tennis player. Inside, there are photographs of my father that illustrate different tennis positions. These are the images from which I took inspiration for the book and included them both in the beginning and the end. This manual was the starting point of ‘My Father’s Legs’, both for the archive images, but also because I later used the font found on the first page.

What do the closeups of your partner’s legs represent for you?

First of all, my obsession with things. When I immerse myself in a topic, I can’t stop. Also, I really do like his legs! There is a lot of myself in these pictures too. It’s me stopping him in front of an interesting background, it’s me directing him in which position he has to be. And then it’s my family story repeating itself: now my daughter’s father has beautiful legs. Perhaps in 30 years, she will be the observer who will work on the same topic.

“I fell in love with your father because of his beautiful legs.” 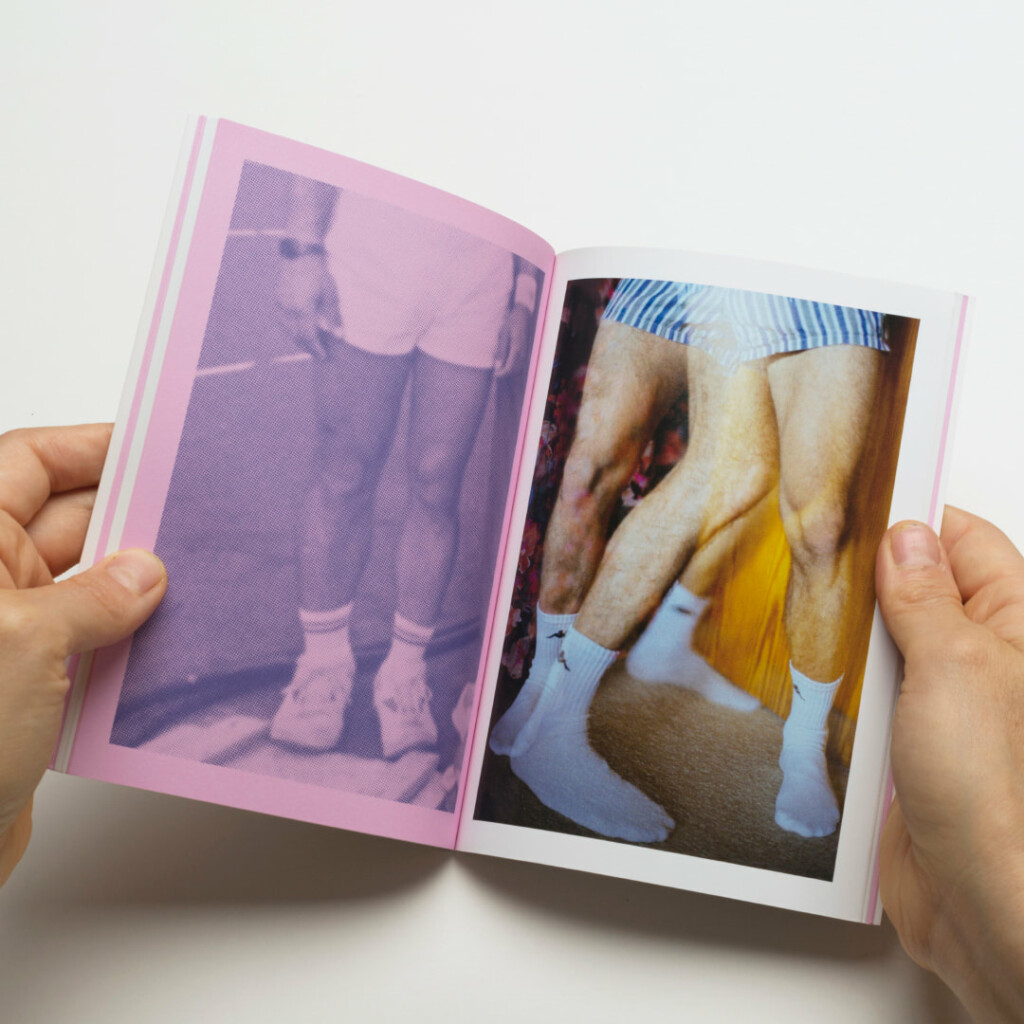 Since you combine archive with staged images, how did you find a balance between the two different sources of visual materials?

I was really lucky to meet Jason Fulford during a portfolio review meeting and then having him design and publish the book was pure joy! He came to me with his first proposal in which he amazingly combined the archival material with newly created images. The pink pages worked well together with the archive, showing the tennis movements, but also my father which made it work as a whole. I especially loved the idea that not immediately everybody understands that there are two different people depicted in the book.

The archival images are printed in duotone with pastel pink. Why did you choose this colour?

It was Jason. I never asked him why pink, but from the beginning, I was confident with his decision. It was more or less done instinctively. But the color for me recalls something intimate and personal. 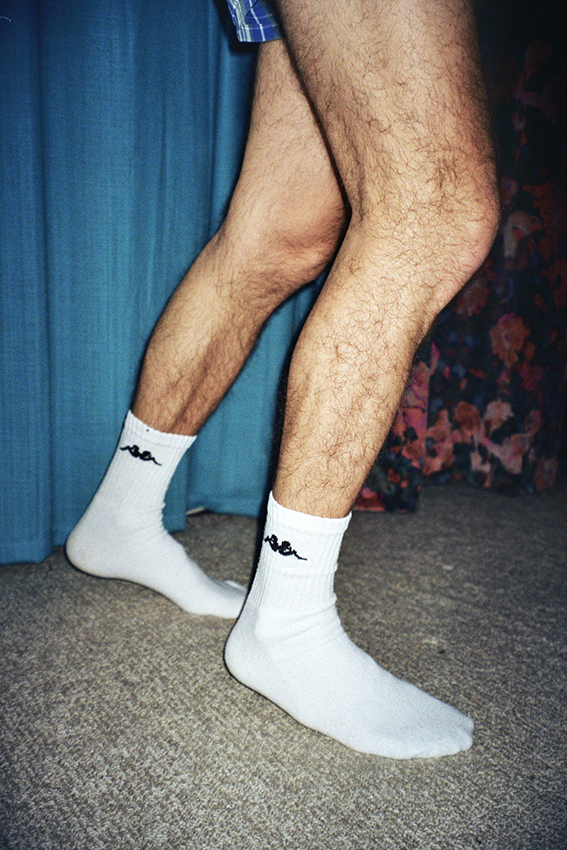 Through the female gaze, you also show a “catalogue” of male legs where your partner becomes the object of the gaze. Would you say that in that respect your project is also political?

When I started this project, it was not political at all. It was driven by a conceptual desire for self-therapy. But then collecting all these images of legs and putting them together, I can see the much bigger impact they could have. I like the idea of how a project starts, evolves and what it becomes in the end, how each photograph has an influence on us, depending on its presentation and edit.

Perhaps, in this case, you could say that the sheer quantity and the repetitiveness of the concept gives the work a political tension. It makes the viewer attentive to why this ‘fetish’ comes to the surface. Repetition for me is the mirror of my obsessiveness but at the same time in this project, it was helping me to feel the rhythm of a tennis game. The repetition of the same movements, the positions of the legs. You can almost hear the ball bouncing from the racket. 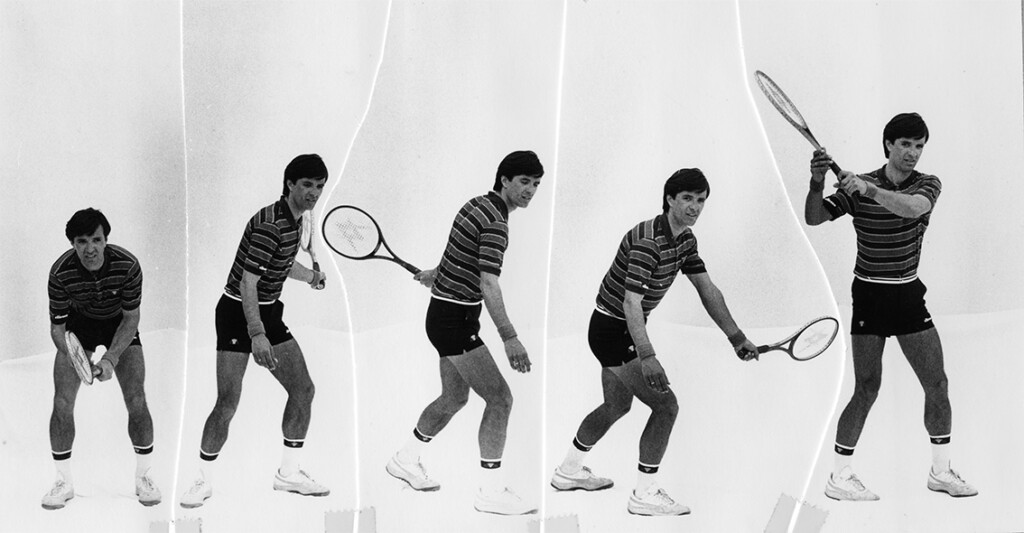 ‘My Father’s Legs’ has recently been shortlisted for the 2020 Aperture Foundation First Book Award and Les Recontres d’Arles Prix du Livre d’Auteur. In Europe, the title can be purchased here and for US orders here.