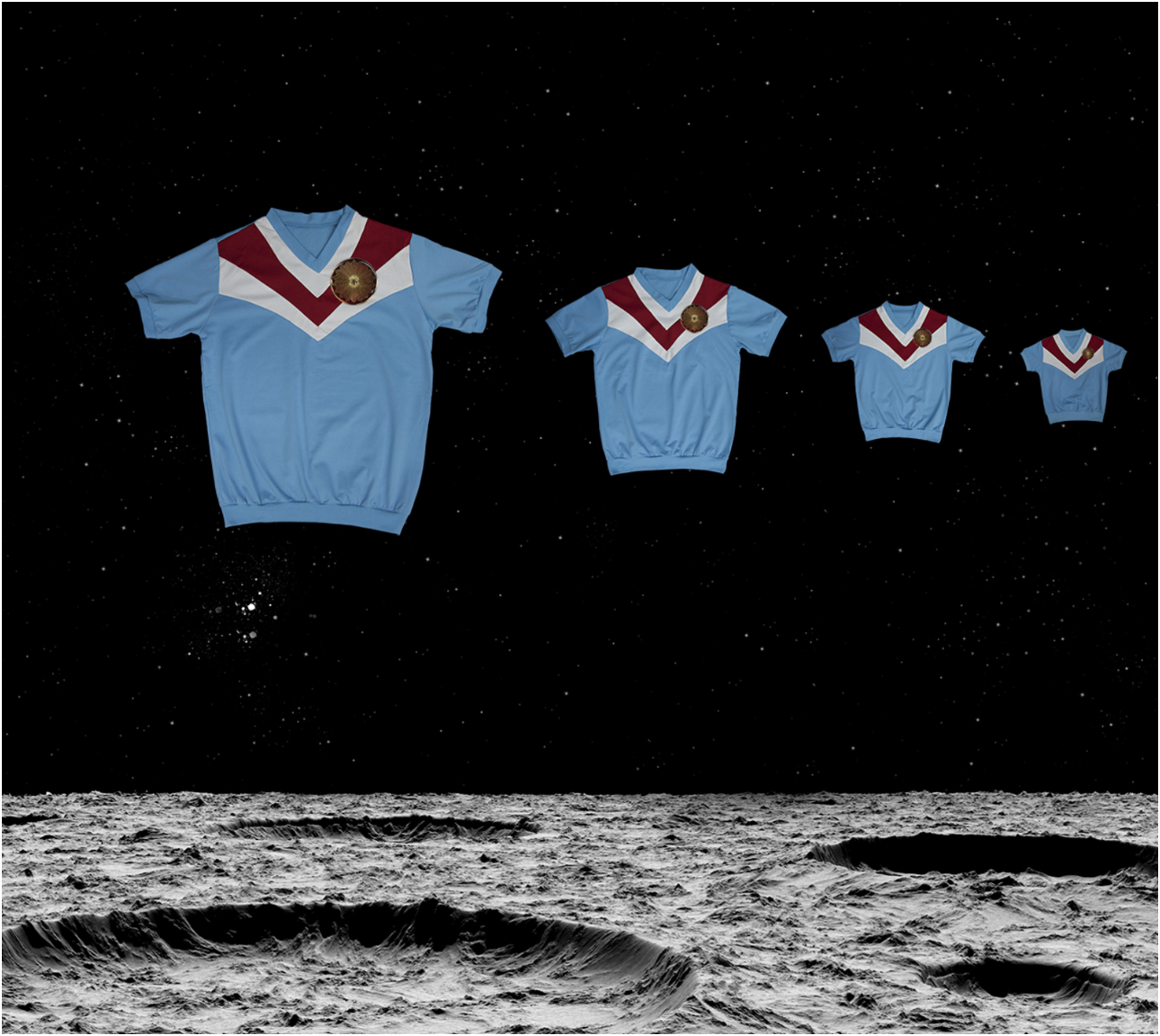 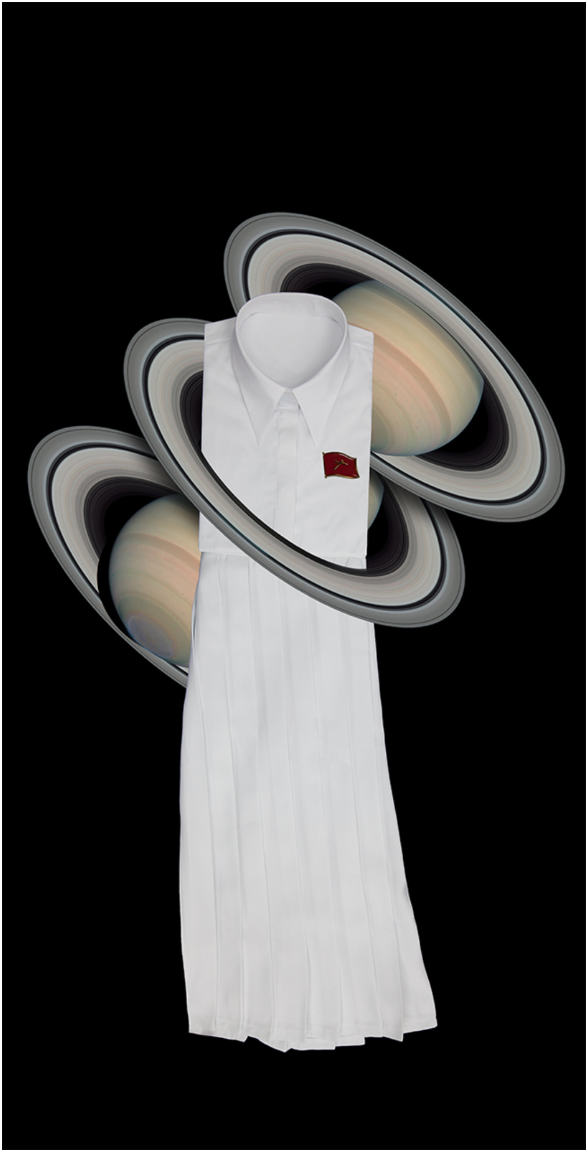 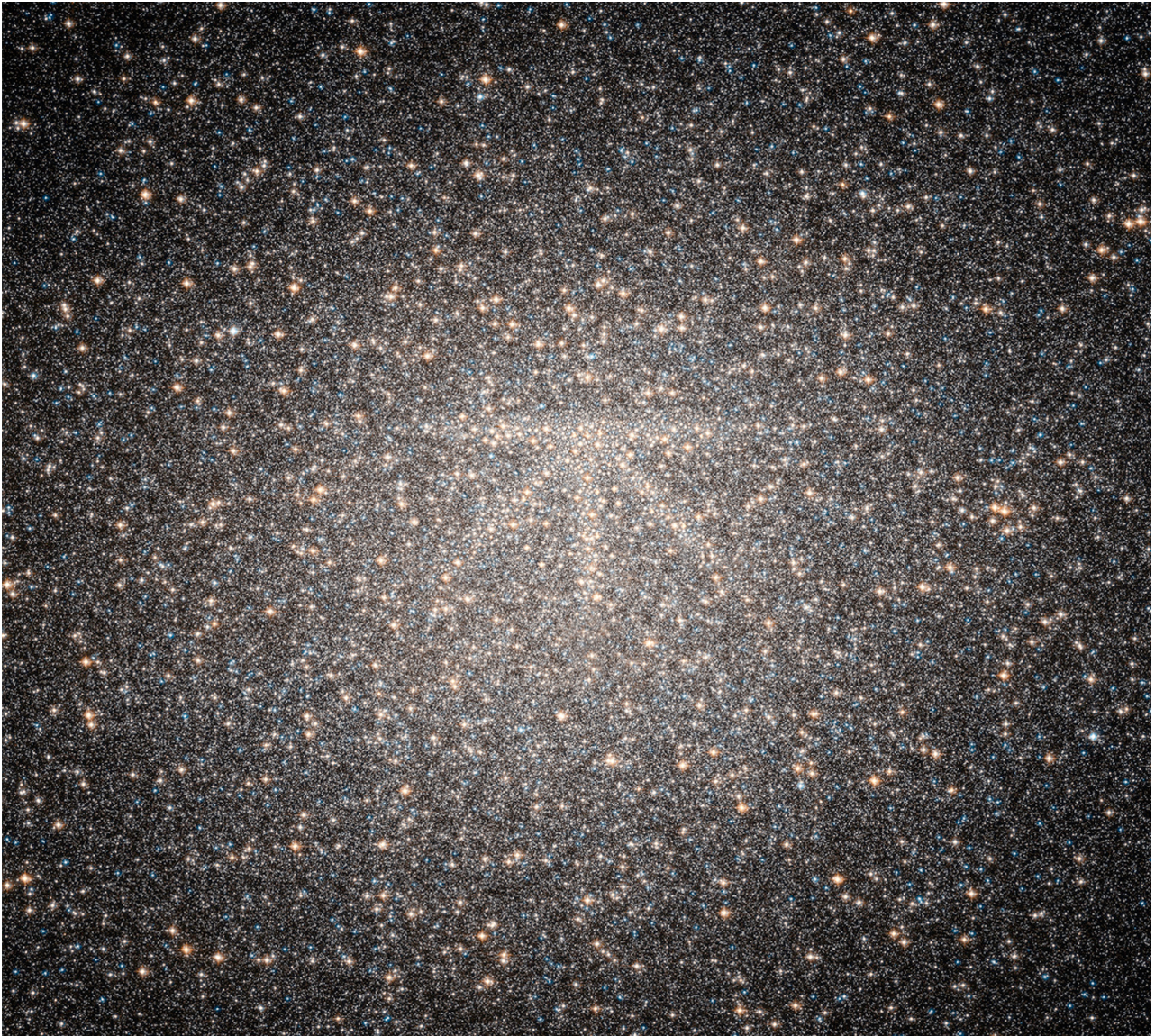 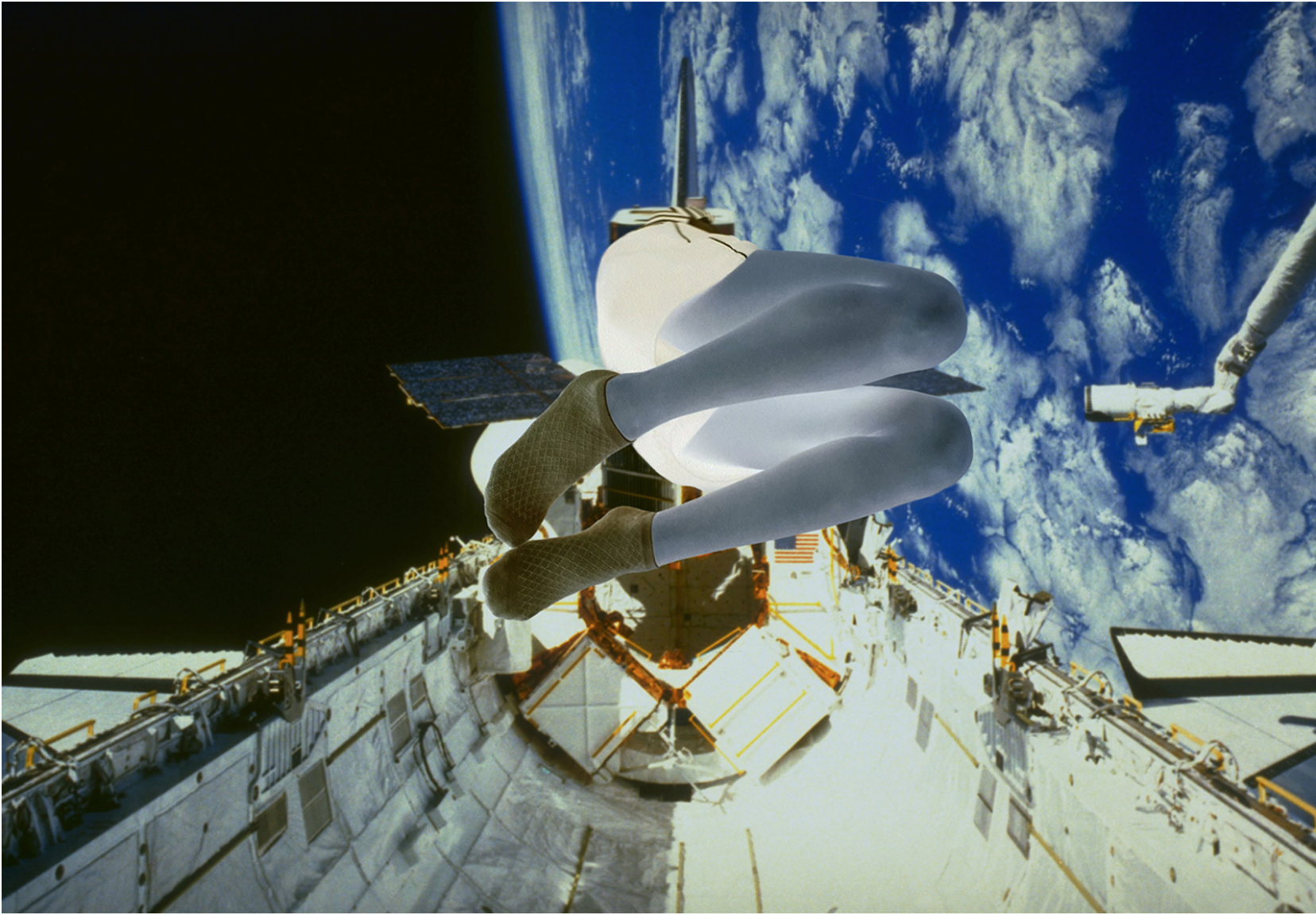 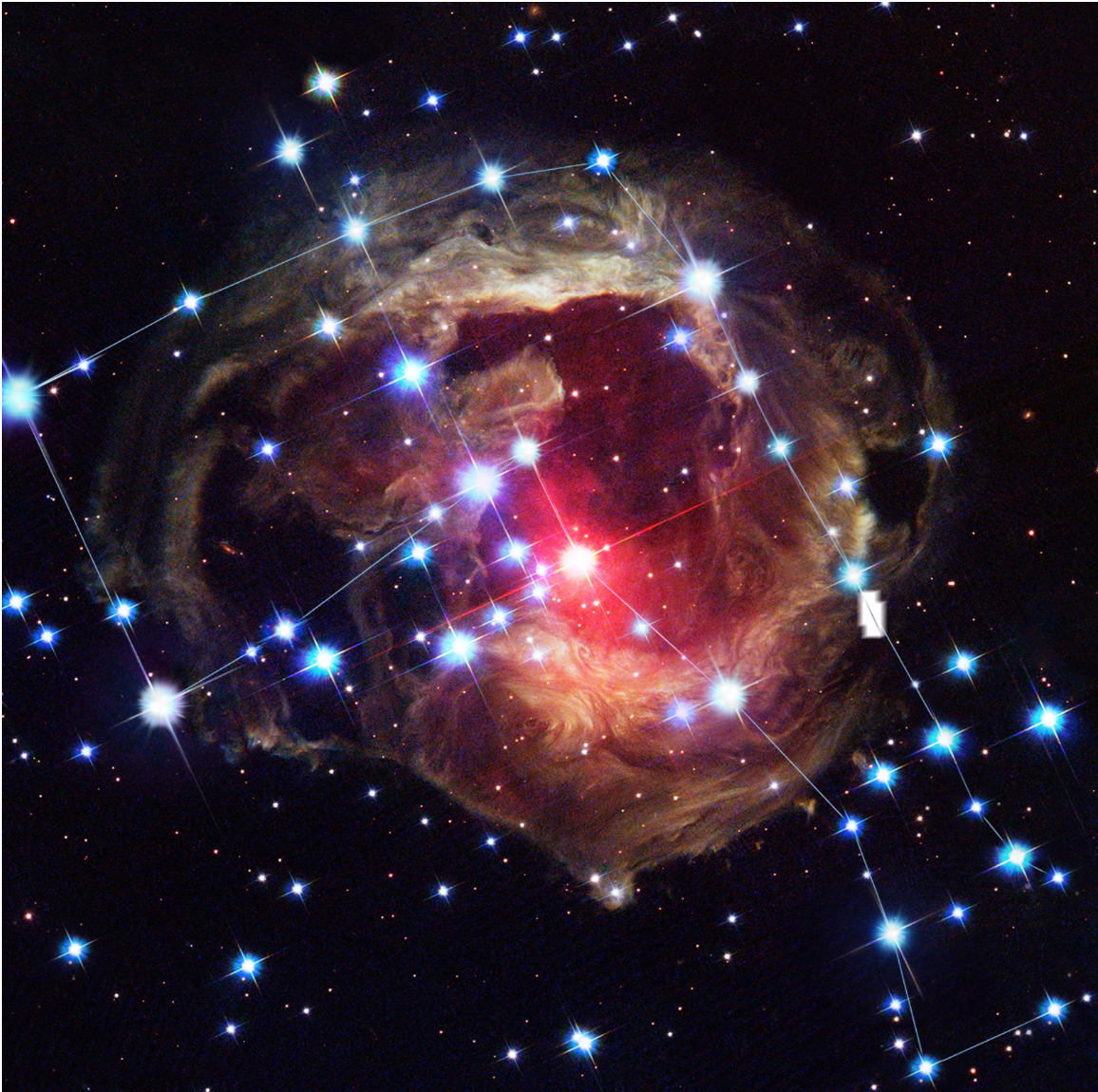 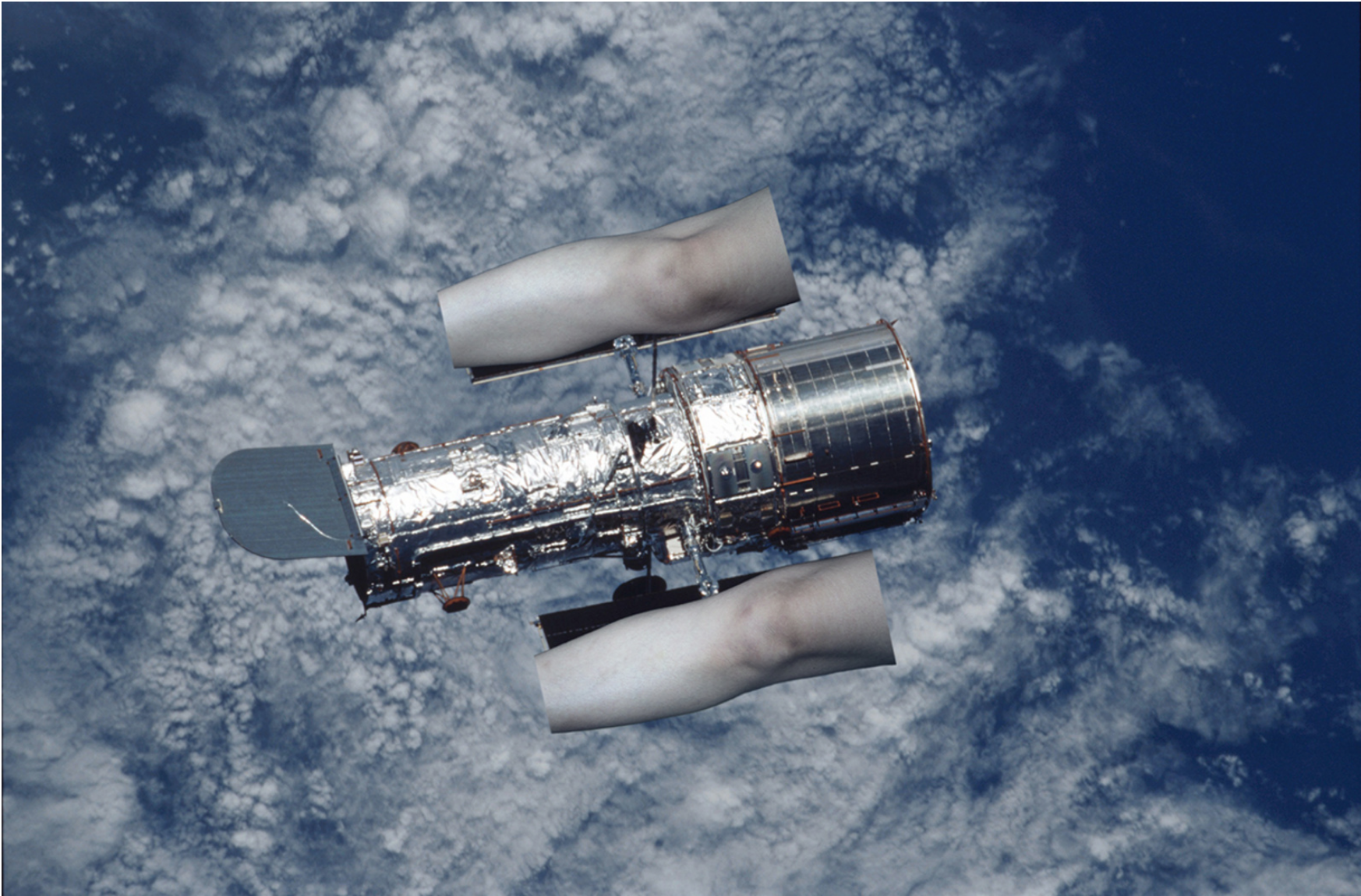 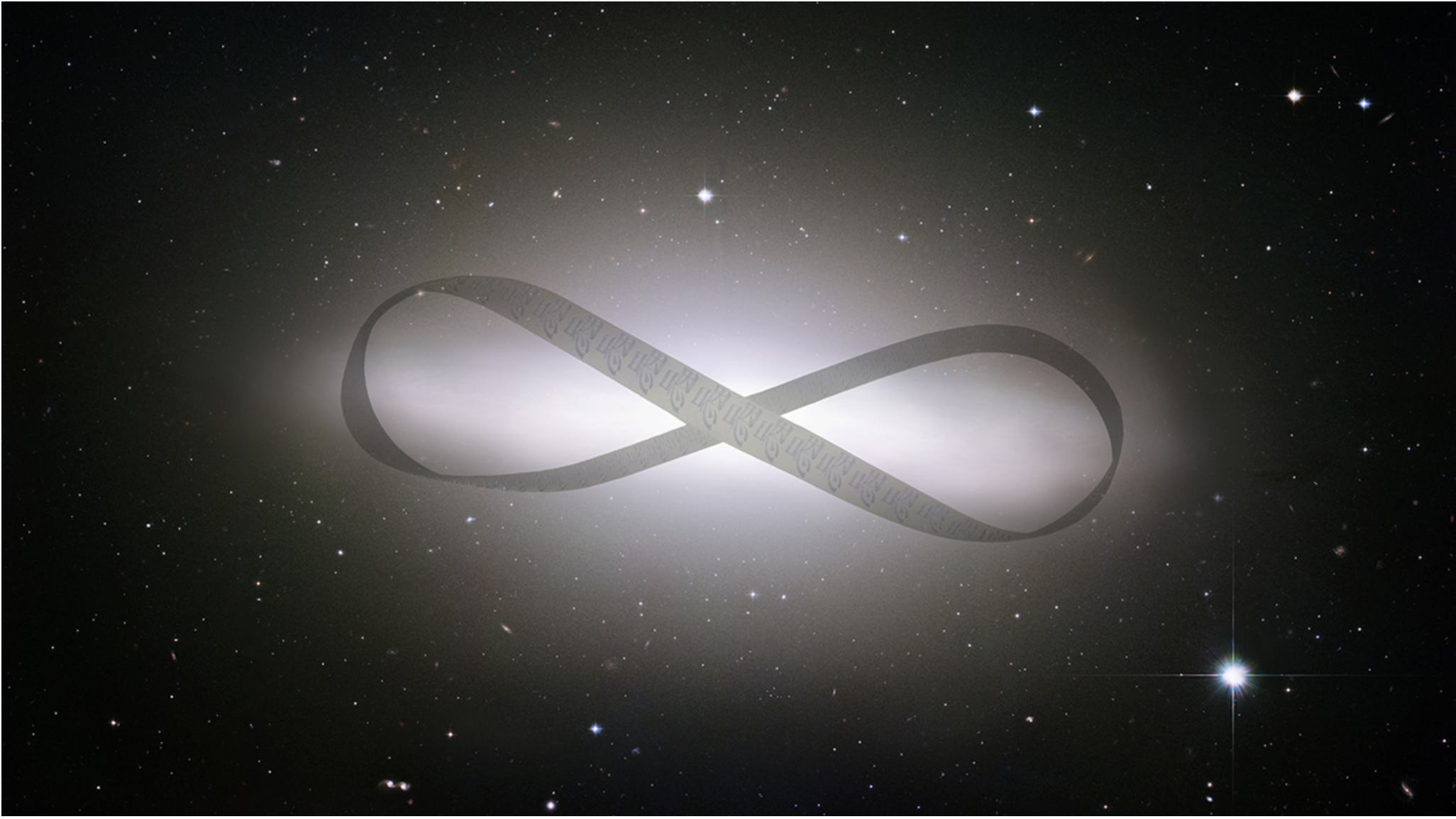 SAFE IN THE ARMS OF POWER: AN INTERVIEW WITH JIN QIN

In her series Enigma, Chinese photographer Jin QIN (b. 1976) revisits the anxiety of youth. She places symbols from her school years in astronomical settings, creating light-hearted digital collages that merge the complexity of human problems with the naiveté of childhood. We sat down with the photographer at Jimei x Arles International Photo Festival, where her series is currently on display in the group exhibition Uncertain Traces, to learn more about her work. 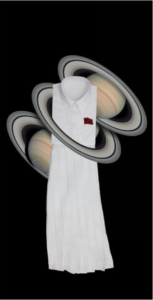 How did you begin your project Enigma?

I started this series at the end of last year. At first, I made some of the objects for the photographs, like the badges that you see on the school uniforms and then I made the pictures. All of the elements I use are from when I was a teenager. This is because when I was in school, the ideologies that the school taught me were hard to understand and digest. So, now, I’ve gone back to that time to try to think about how I can try to understand and digest those ideologies now.

What are those ideologies? What was your experience of being in school?

I have very complicated emotions towards the era in which I was living. I was born in 1976, so the Cultural Revolution had not taken effect yet, and I feel complicated towards the ideology of that time. Sometimes I even remember feeling safe in that society. You can feel like you are living in the centre of everything, like there is nothing else … that’s the feeling. But it’s complicated because, you need your father but sometimes you need to say ‘no’ to him.

I feel a fear of power and also a desire for that power. It co-exists, so it’s very complicated. You know you are restrained, but you also feel safe.

Do the pictures represent arriving at an answer, or is it more about the exploration? 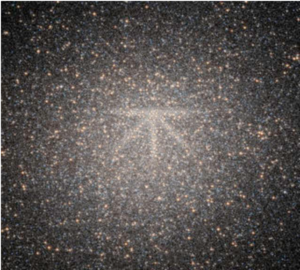 The question still remains in my heart. Maybe for some important part I’ve arrived at an answer, but mainly I still have doubts about it. It’s kind of about a re-enlightenment, because when I was young, my mind was filled with all the ideologies, and now I’m trying to enlighten myself anew.

Can you say something about the symbolism of placing those elements from school into space?

It’s kind of tricky, especially when you are living in a country with communism. This badge that I include on the uniform, it used to have a hammer, like from the Soviet symbolism. I replaced it with two nails, because I don’t feel like a hammer – I am a nail!

The Earth in space is like the little voice in a group and the nails to the hammer. There is a great power, and sometimes it comes out of nowhere and just nails you. 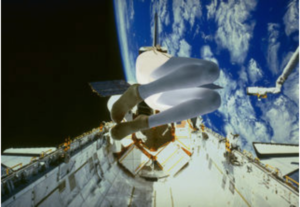 The curator of the group exhibition wrote in his description that all the works speak to uncertainty about the future. Does this resonate with you?

Yes. I teach at a university, so sometimes I can feel the power and feel under pressure, but I’m lucky that I also have art and can use the art to express uncertainty and have different possibilities. I can gain power from the uncertainty. I can find certainty from uncertainty.

Enigma is on display in the group exhibition Uncertain Traces at Jimei x Arles International Photo Festival until January 3, 2018.