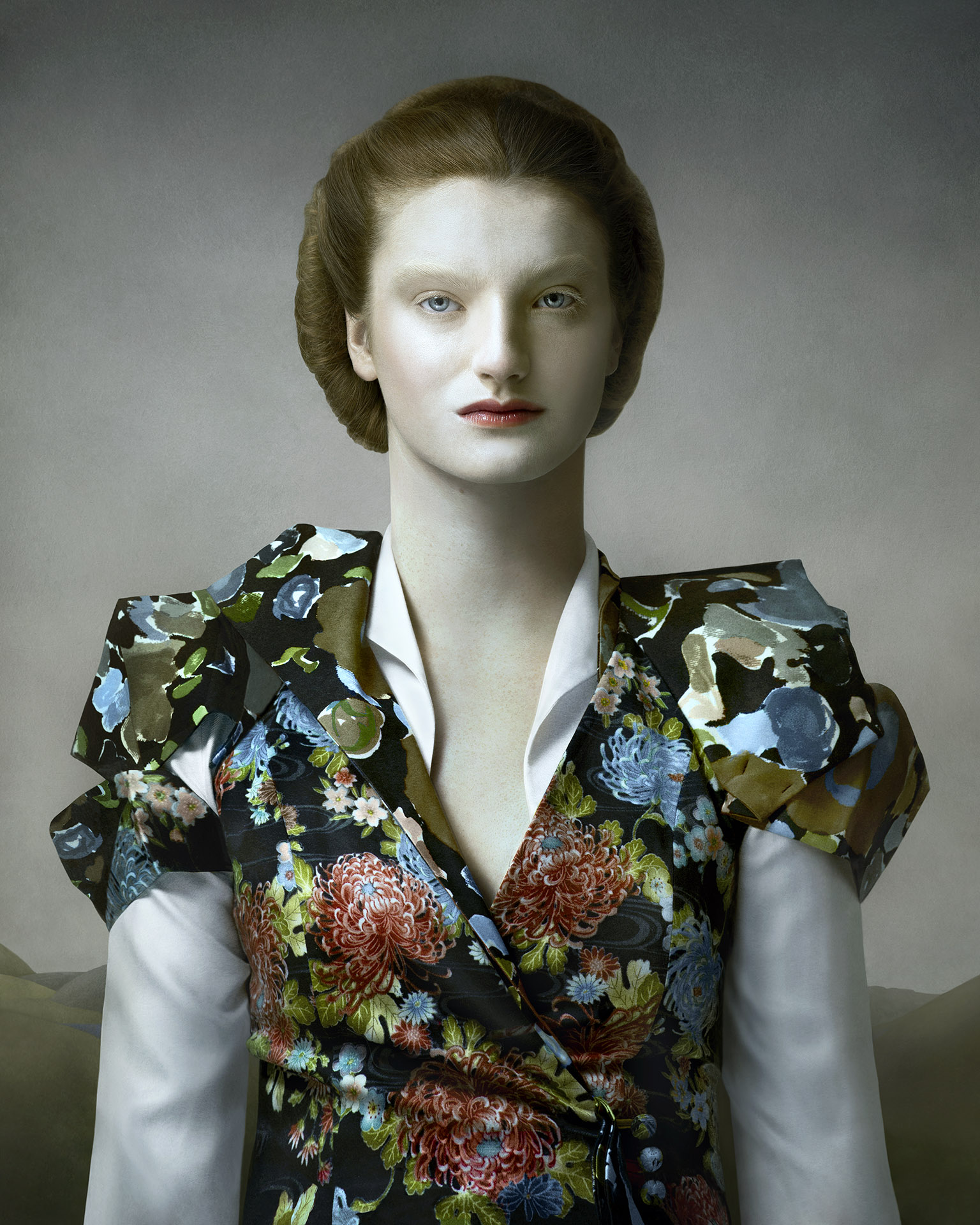 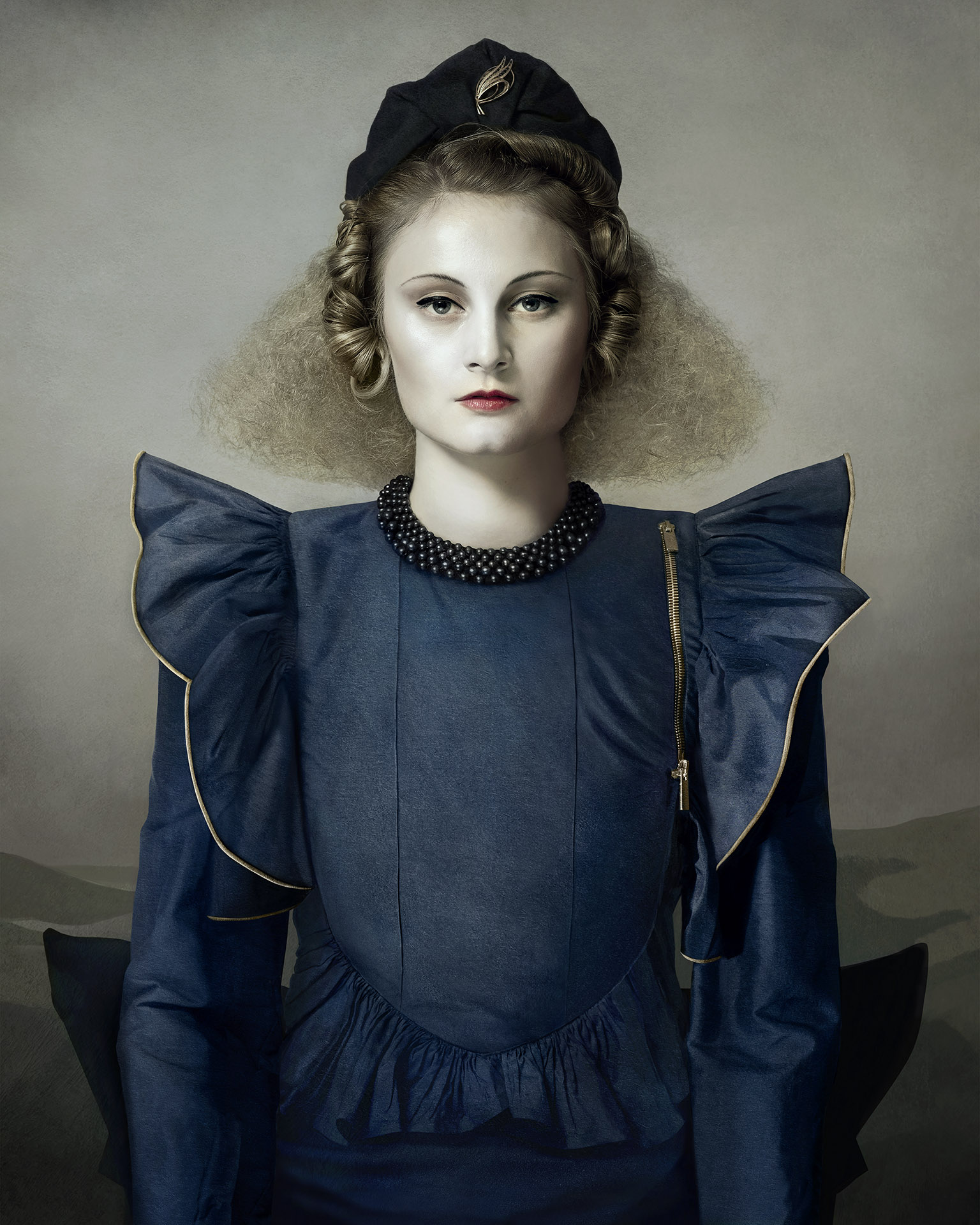 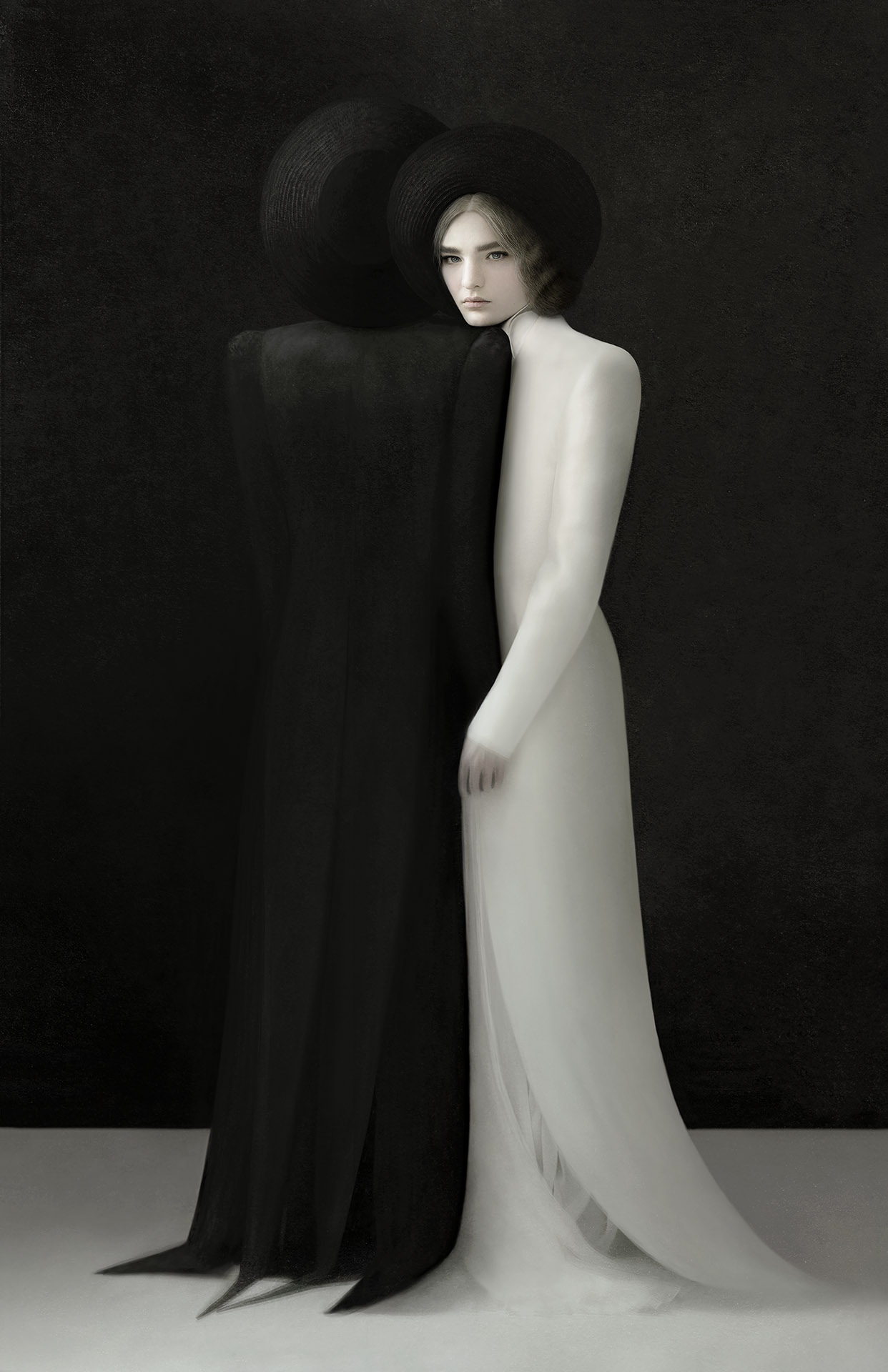 Path To ‘Glory’ - Justine Tjallinks On Her Work in Progress

Justine Tjallinks (b. 1984, The Netherlands) is a self-taught photographer who began her career as an art director, working with several leading fashion titles. Since 2014, she has applied her talents to the realm of art portrait photography, specialising in capturing the uniqueness of individuals and the diversity of human beauty. Even though a sense of nostalgia is evident in her art, the aim is to always remain in line with the zeitgeist. Her work has been exhibited in national and international venues and she has won multiple international photography awards. Currently, Tjallinks is in the process of creating a new body of work, entitled Glory – we’re granted a sneak peak with the cover of GUP #66 – UNLOCK.

You’re best known for making highly aesthetic portraits with a strong historical reference to painting – starting with portraits inspired by 17th-century Dutch Masters. You now seem to be building a body of work associated with a more modern art movement. Are you deliberately following a chronological timeline in your artistic quotations?

For inspiration, I start the creative process by researching aspects of aesthetics and emotions that arrive from all sorts of art, mainly by looking for formal themes within historical paintings – which I then transform into more contemporary ‘echoes’ of those styles. From that point, my intuition takes over.

You’re also known for using models who deviate from what is widely considered the mainstream. What is your main motivation? And can you say something about the model featured in your latest work?

The selection of my models is the most personal element in my work. I never intend to feature a general concept of beauty, but rather an expression that radiates from these people and their somewhat ‘deviating’, non-mainstream characteristics. The models, their features and the styling together should stimulate not only the look and feel of a series, but the overall philosophy of my approach.

I consider all my work as being ‘self-portraits’, in a way. That is to say, I too am not perfect and my personality is layered and complex. But I should add that the final outcome is never the result of a rational plan. As for my methods, I do a lot of digital work to enhance the mood, but I never change the actual features of my models.

To illustrate the kind of beauty I’m looking for, let me tell you the story of Juno Dijkshoorn, the sitter for the cover image. Juno is transgender, 21 years old and lives and works in Amsterdam as a make-up model and performance artist. I stumbled across a photo of her online, and was immediately drawn to it. I decided to send her a message, asking if she would be interested in meeting. Juno, arriving late, rushed into the café where I was waiting for her: 1.90 metres tall, wearing red lipstick and a bright velour vintage top. She made a fantastic and unique first impression, and I immediately knew she would become a muse.

I was already considering a series of portraits to generate an appreciation of diversity in its physical form. When I started my series Surfaces in 2018, I noticed how the variety of body and beauty types was changing the aesthetic standards of our time, and with it people’s cultural and identity codes. I wanted to create an artistic contribution to this movement, and Juno would be a perfect match.

Now, in 2020, I wanted to portray her again. I felt that Juno’s appearance has a look and feel similar to those radiating from the painting Delores, created by the English painter Gerald Leslie Brockhurst in 1922. What drew me most to that work was the woman’s unflinching gaze and direct pose, capturing the viewer’s attention without revealing anything of her own character. I aimed to give the portrait of Juno [featured on the cover] that same kind of ambiguity.

“I never intend to feature a general concept of beauty.”

So, to be clear: do you initiate a body of work by searching for people? Or do you start by framing the work within a certain art-historical setting and only then consider who would be suitable as a sitter?

My creative process is far from linear, but it always starts with a certain frame of mind. I have quite an extended database on my computer of pictures of people with remarkable faces. To further develop a concept, I often start with a proper mood board and by drawing sketches for all the portraits that I aim to fit a new series. This is where the actual people from my database start to match my artistic intentions. If I haven’t already found the perfect model, I’ll continue scouting for the right match.

Regardless of specific references, you always seem to attempt to bend the common perception of reality. In that sense, weren’t you already, from the very beginning, working in line with the philosophy of ‘magical realism’? Are you becoming more self-conscious about yourself as an artist, perhaps?

Thank you for observing that. The postures within modern realism paintings seem to be slightly uncanny and melancholic, yet formal and majestic. They captivate you in a certain way, which really speaks to me. Lately, I’m inspired by work by artists such as Charley Toorop, Gerald Leslie Brockhurst, Wim Schuhmacher and Pyke Koch. I feel challenged to bend their work towards something new.

“My creative process is far from linear.”

My post-production is extensive and, again, the process develops intuitively. I see it as an elaborate digital exploration. The aim is to keep a balance between realistic photography – where everything is ‘real’ – and a painting – where everything is seemingly possible. The outcome is always somewhat surprisingly different from the initial mood board.

I guess the mental and physical set-up in my studio is quite similar to that of a painter. More similar than to that of a photographer, most likely. When creating, I often take a step back, let the work settle, and then continue the editing later. So an image is built up over time – never within just one day. It is a slow process.

When do you consider a body of work completed?

I don’t like deadlines, but I do work relentlessly. I can’t tell beforehand when a portrait will be completed. Normally, I’ll have multiple artworks within a series open on my computer at the same time, so I can go back and forth between them. Quite often, I discontinue concepts I’ve been working on for a few weeks. Sometimes it doesn’t fit a particular body of work – but then it turns out to be perfect for another project.

When I am completely convinced that a portrait is finished, I’ll print it. Before I do, however, I first need to be sure that nothing has been overlooked. I love deviating aesthetics, but I can’t deal with any sort of imperfections! Materials, colours, textures, light and shadow are all part of my trade and craftsmanship. When looking at a work of mine from a viewer’s perspective, it needs to have that same kind of impact as I had when first encountering the paintings from which it all starts.

Justine Tjallinks is currently represented by:

Path To Glory is featured on the cover of GUP #66 – UNLOCK, which also presents a limited edition of 66 issues with an original signed print by Justine Tjallinks.