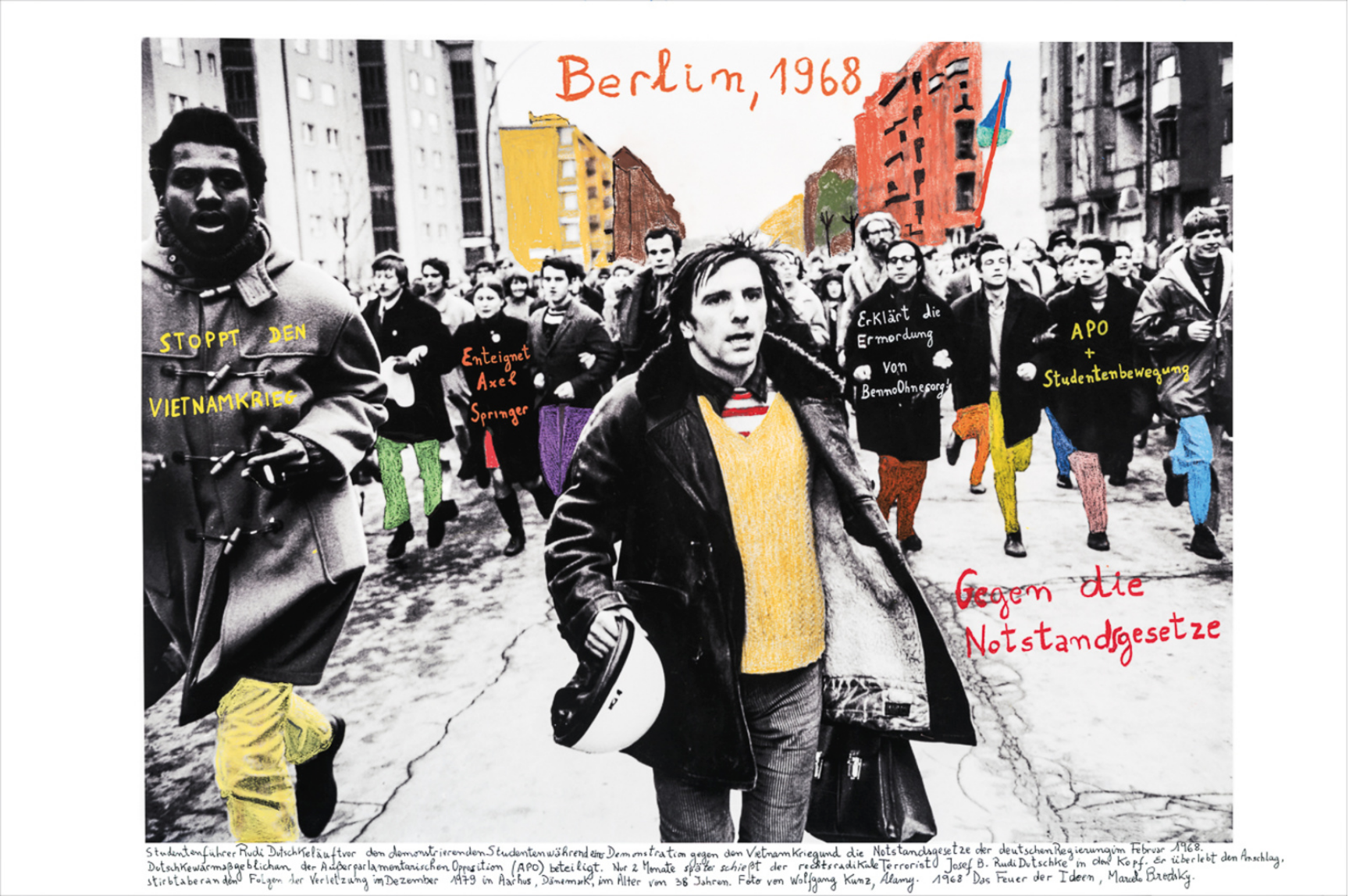 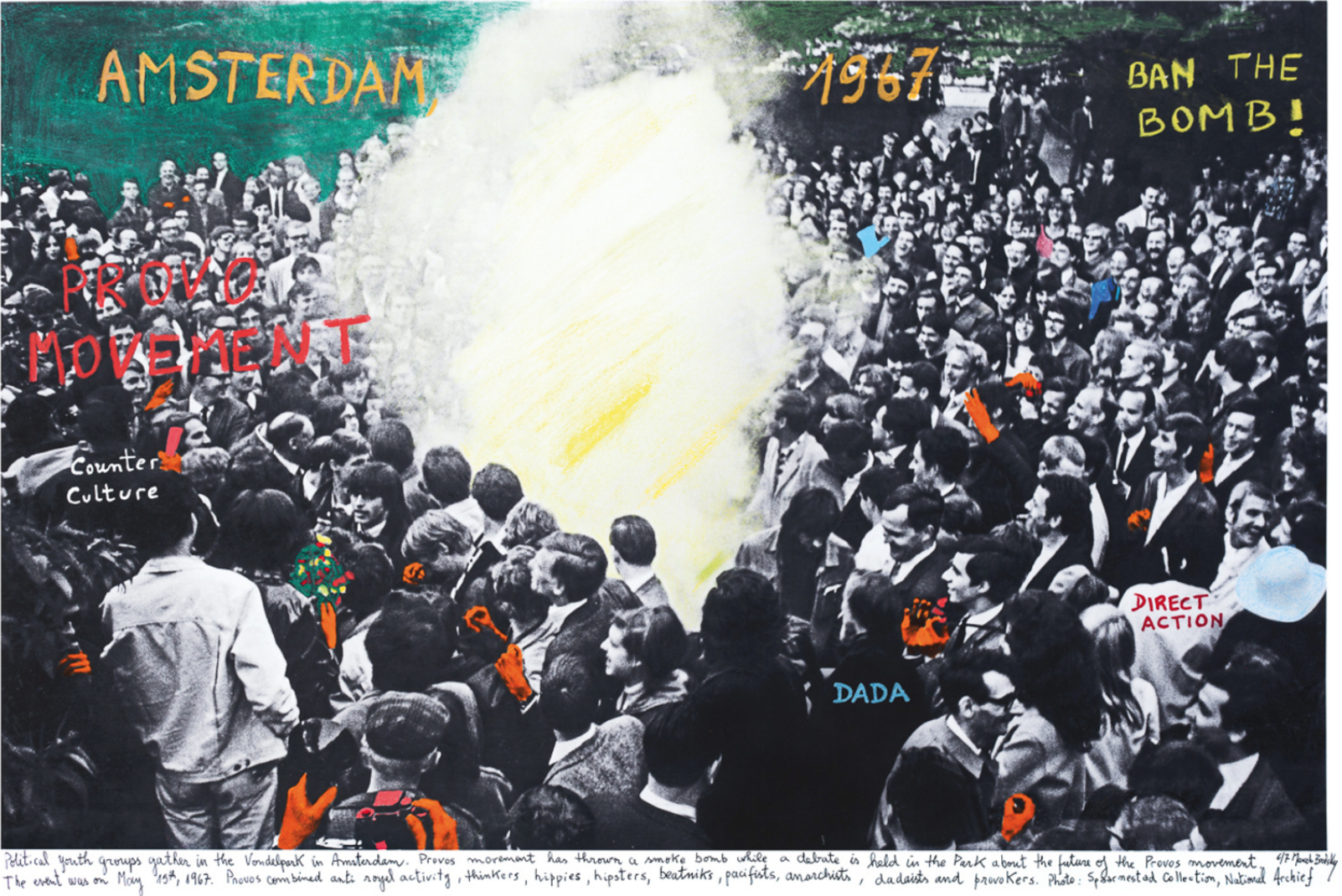 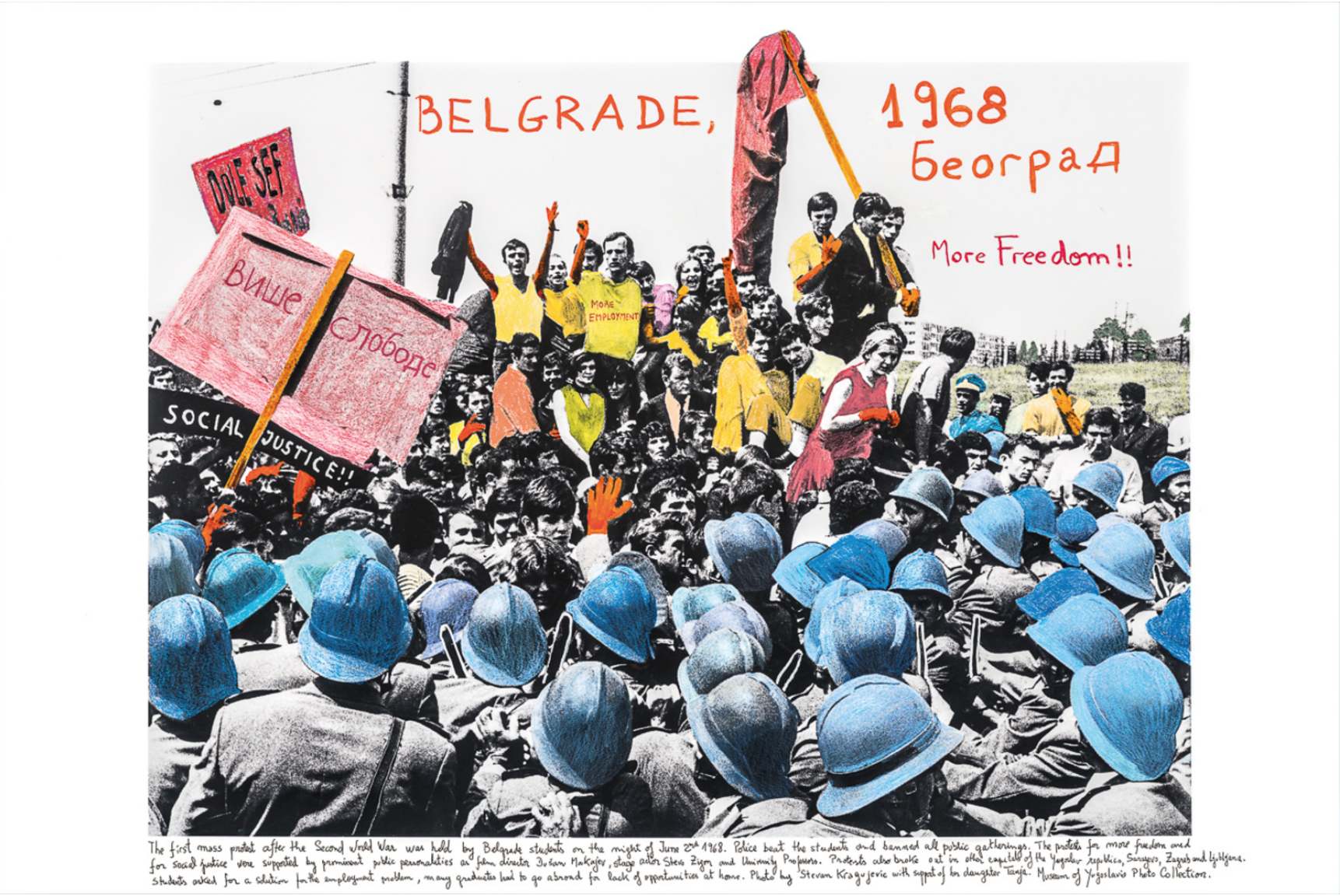 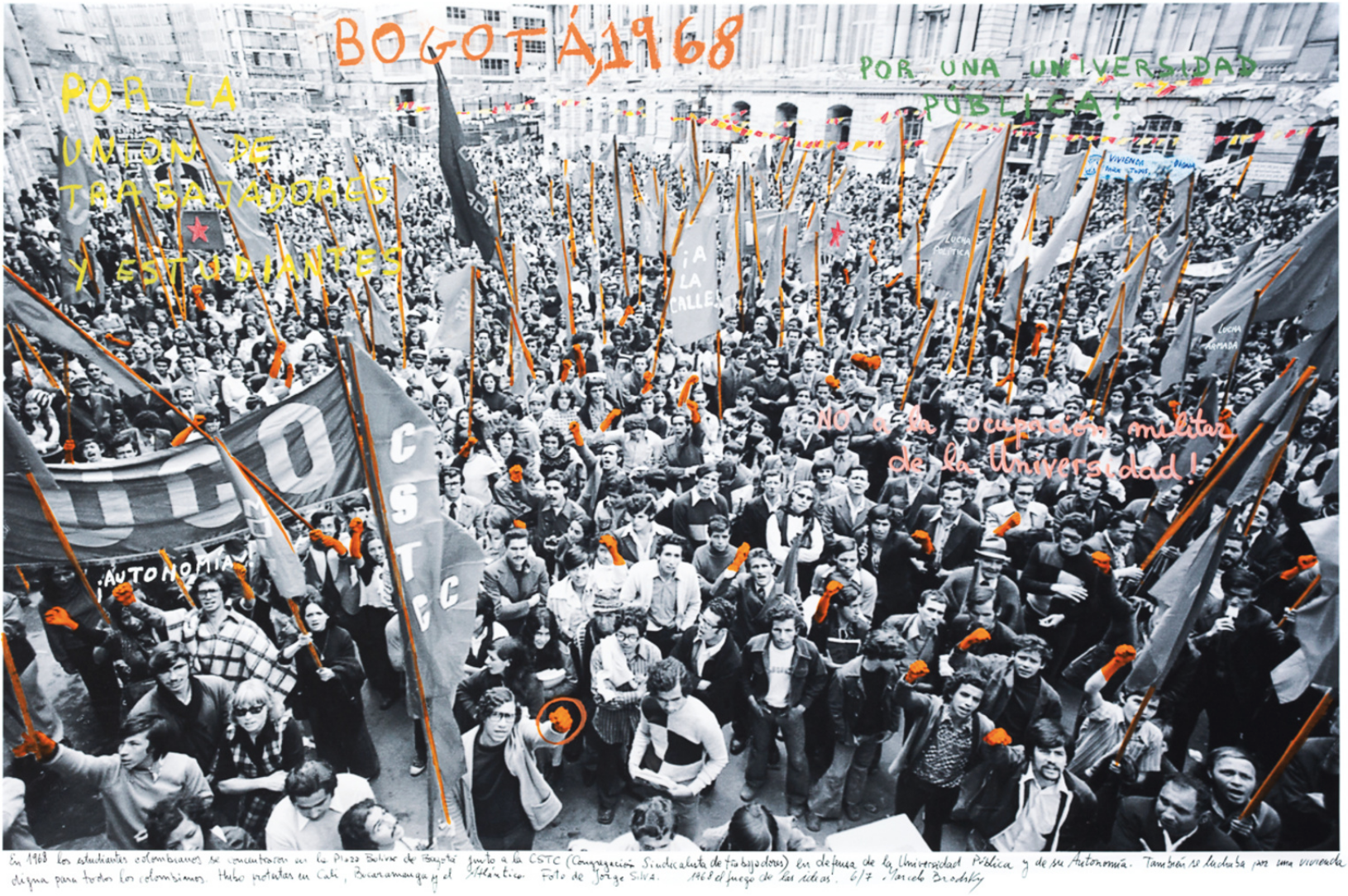 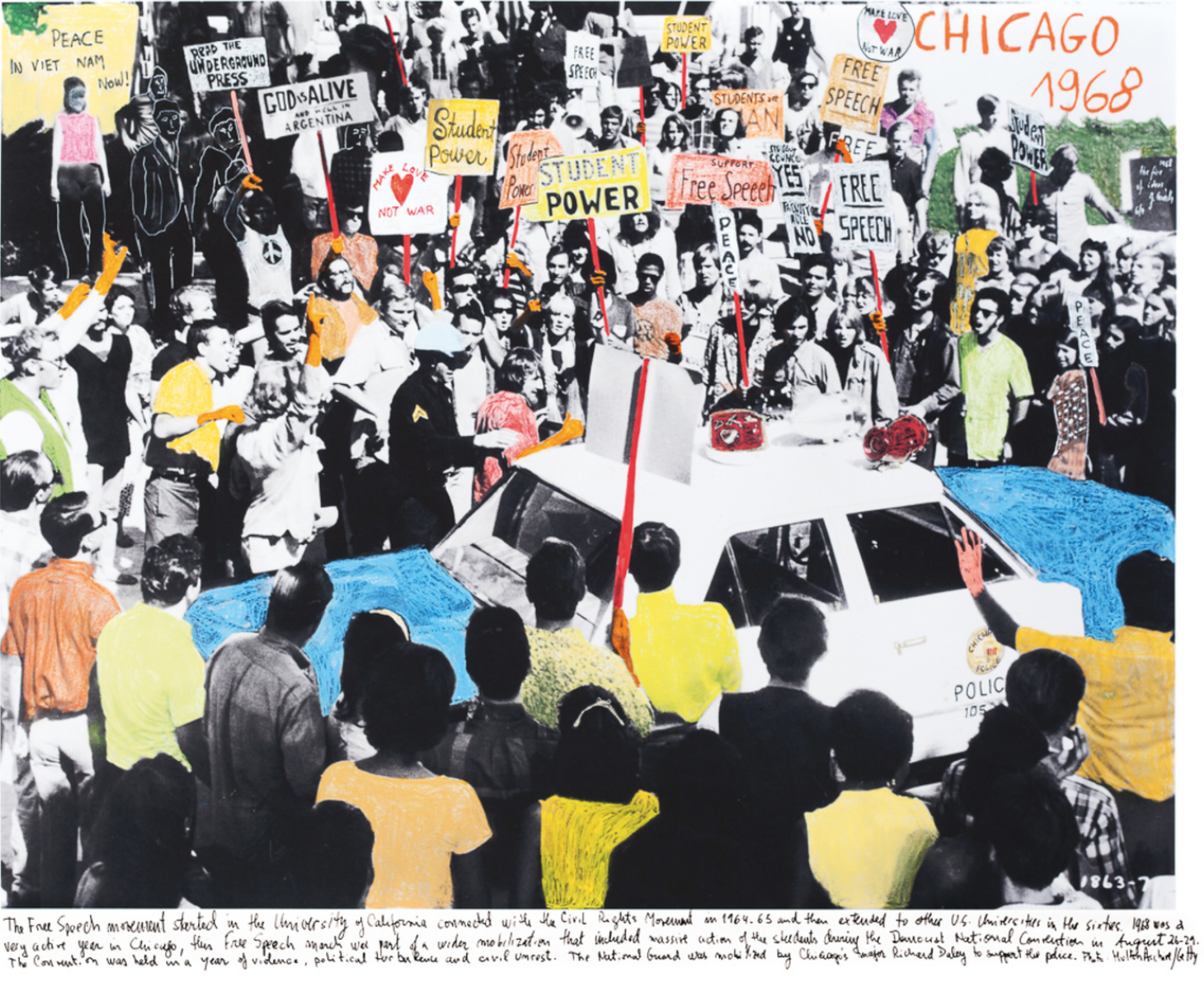 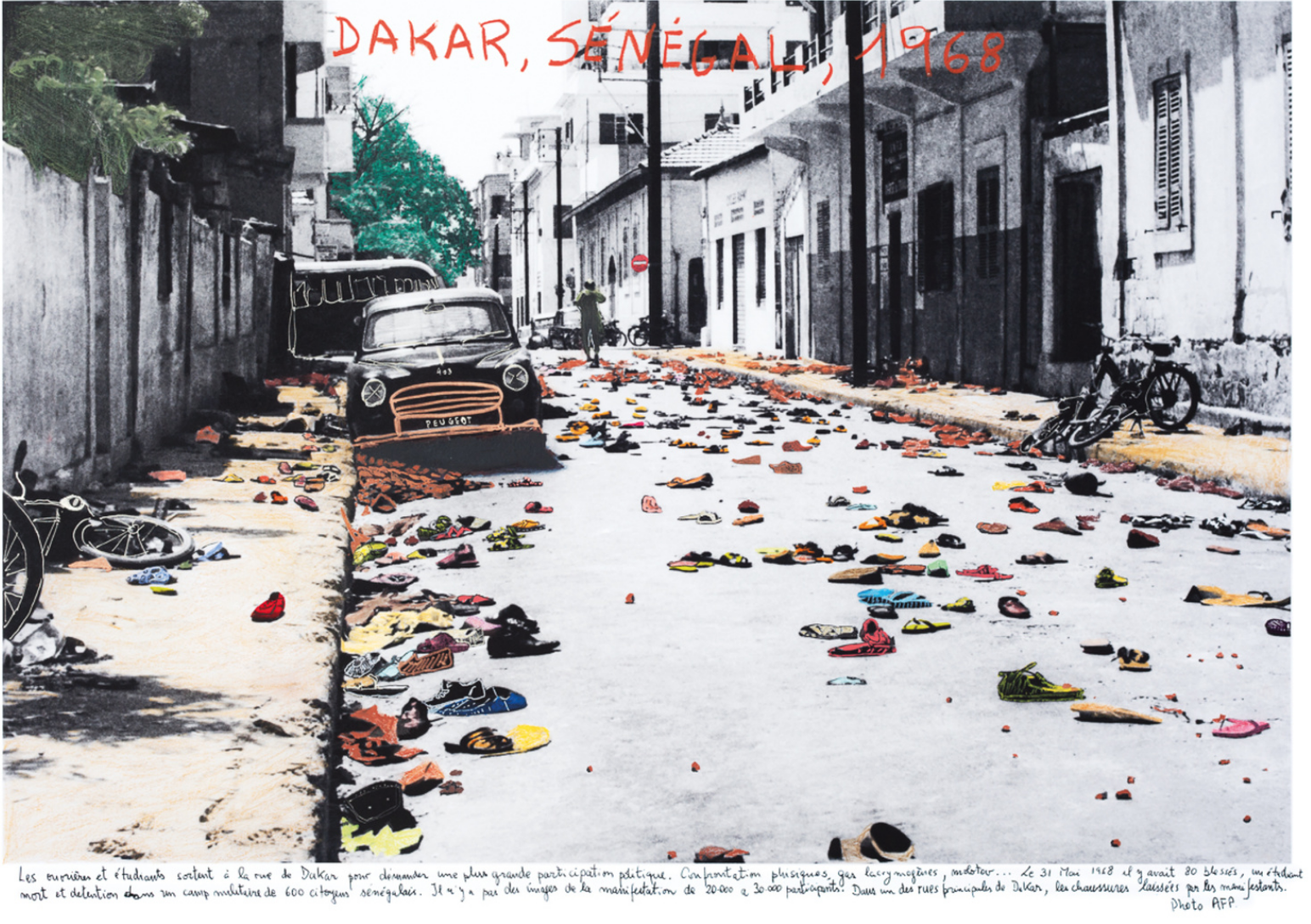 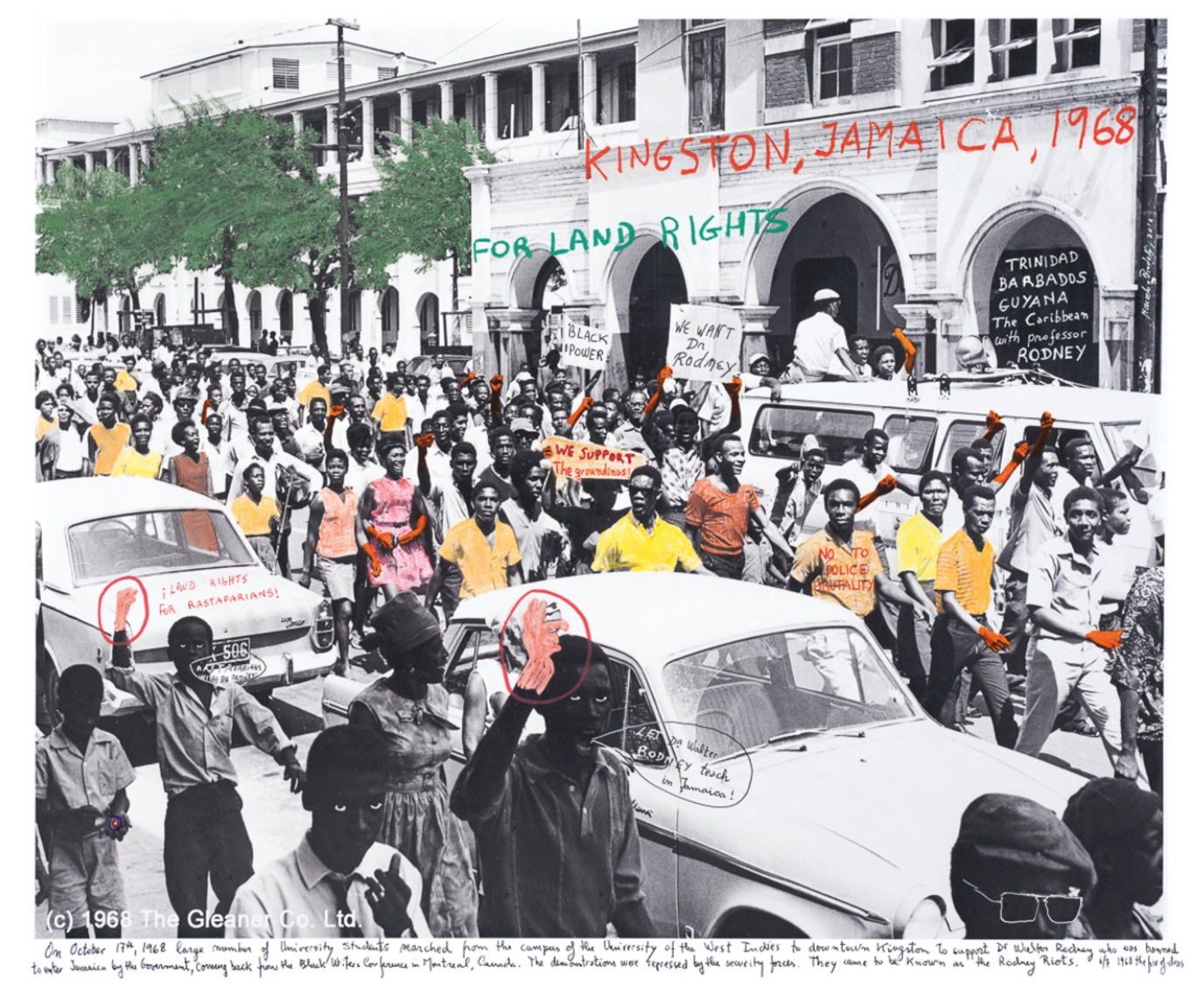 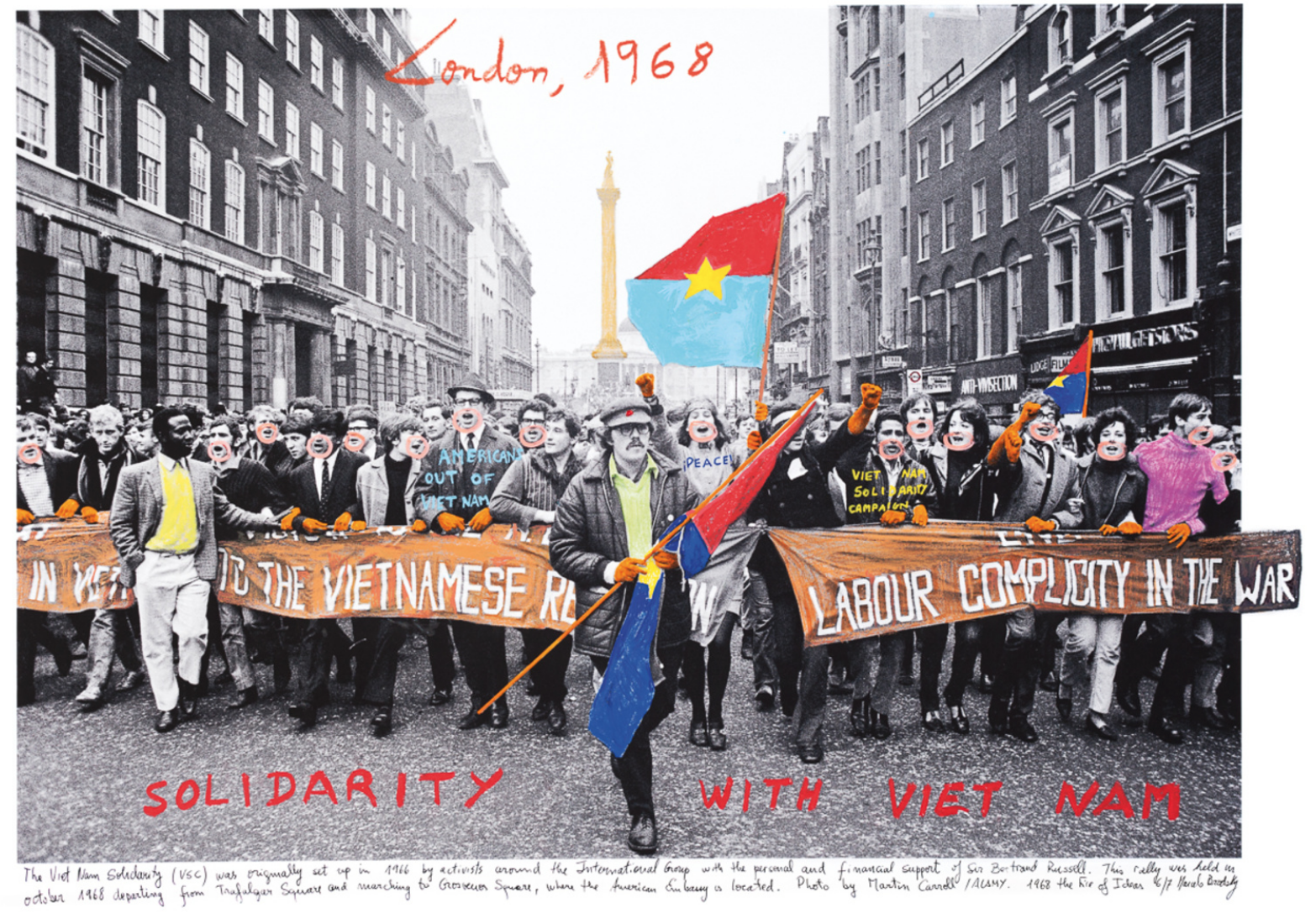 THE PAST IS NOT A FOREIGN COUNTRY: AN INTERVIEW WITH MARCELO BRODSKY

In the late 1960s, all over the world, workers and students demanded a radical change of ideas. Now, exactly fifty years on, the Argentinian artist and activist Marcelo Brodsky presents a compelling selection of archival images, taken from various sources, all related to the social movements of those years. First he collected photographs, depictions of 1968 protests, and then annotated them, thereby creating a fresh perspective on what are generally considered to be ‘historical events’.

It happened everywhere in 1968. In Chicago and in London, in Santiago de Chile and in Amsterdam, in Dhaka and in Rome. More freedom! Economic justice for all! Ban the bomb! Basta de violencia! La rue est à nous!

These and other ‘memes’ – many of which were also aimed against the war in Vietnam – were the articulation of a widely shared dissatisfaction, as citizens around the globe united on the streets and squares of their cities to demand a cultural makeover. More often than not, mass demonstrations that started peacefully were disrupted by violence. Protests were suppressed by local military and police forces, most often backed by the authorities of the state – who feared an end to the status quo.

The workers and students who actively opposed the established political system protested against pretty much anything that could jeopardise hope for a brighter future: militarism, nuclear weapons, social repression. Sometimes with anger, sometimes with irony, the social movements of ’68 suggested alternative perspectives; not only for the protesters, but for the planet at large. Indeed, the matters at stake did not always relate directly to personal circumstances. The degree of solidarity with people who lived elsewhere, in far worse conditions – who lacked freedom of speech and suffered violation of their civil rights – was high. […]