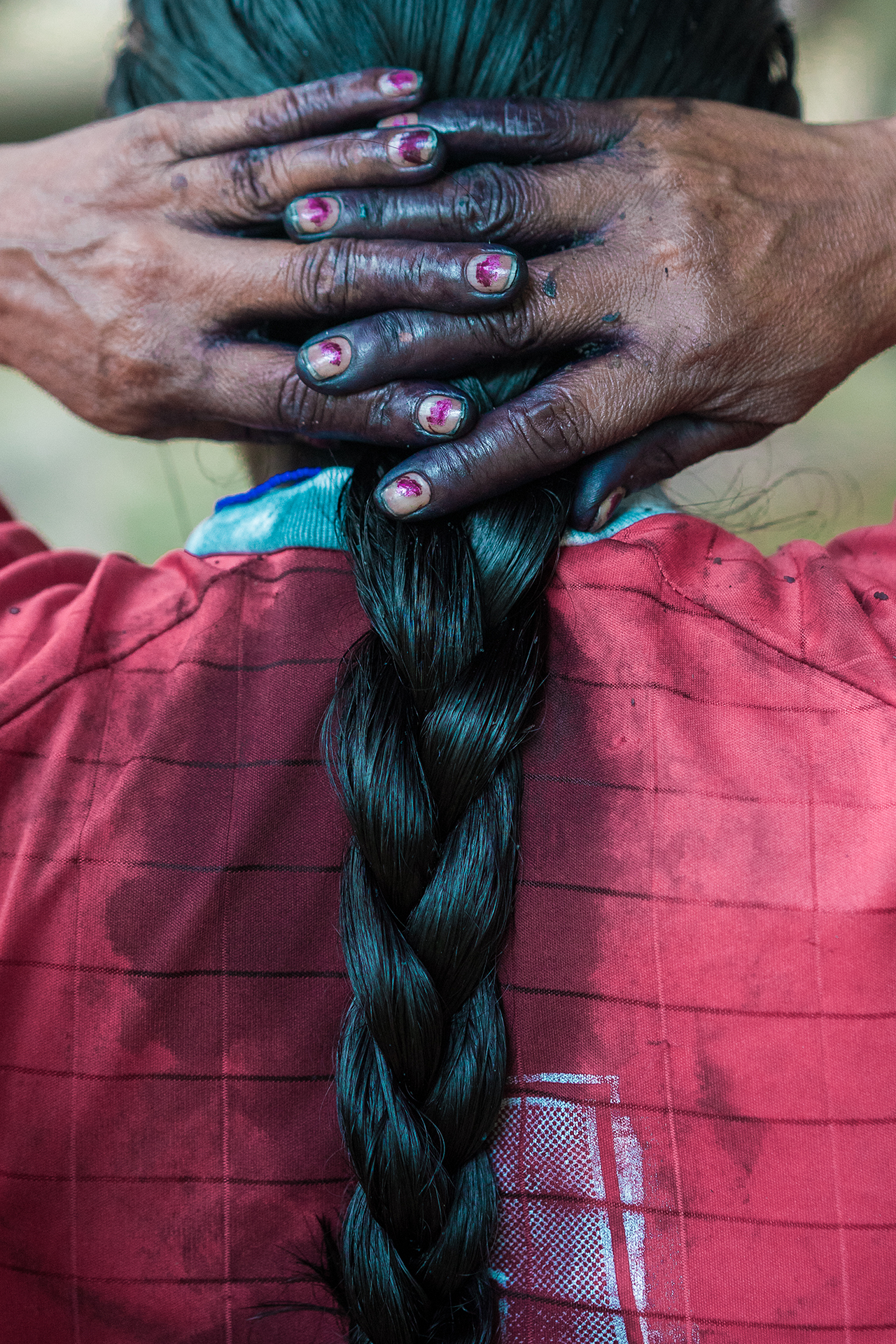 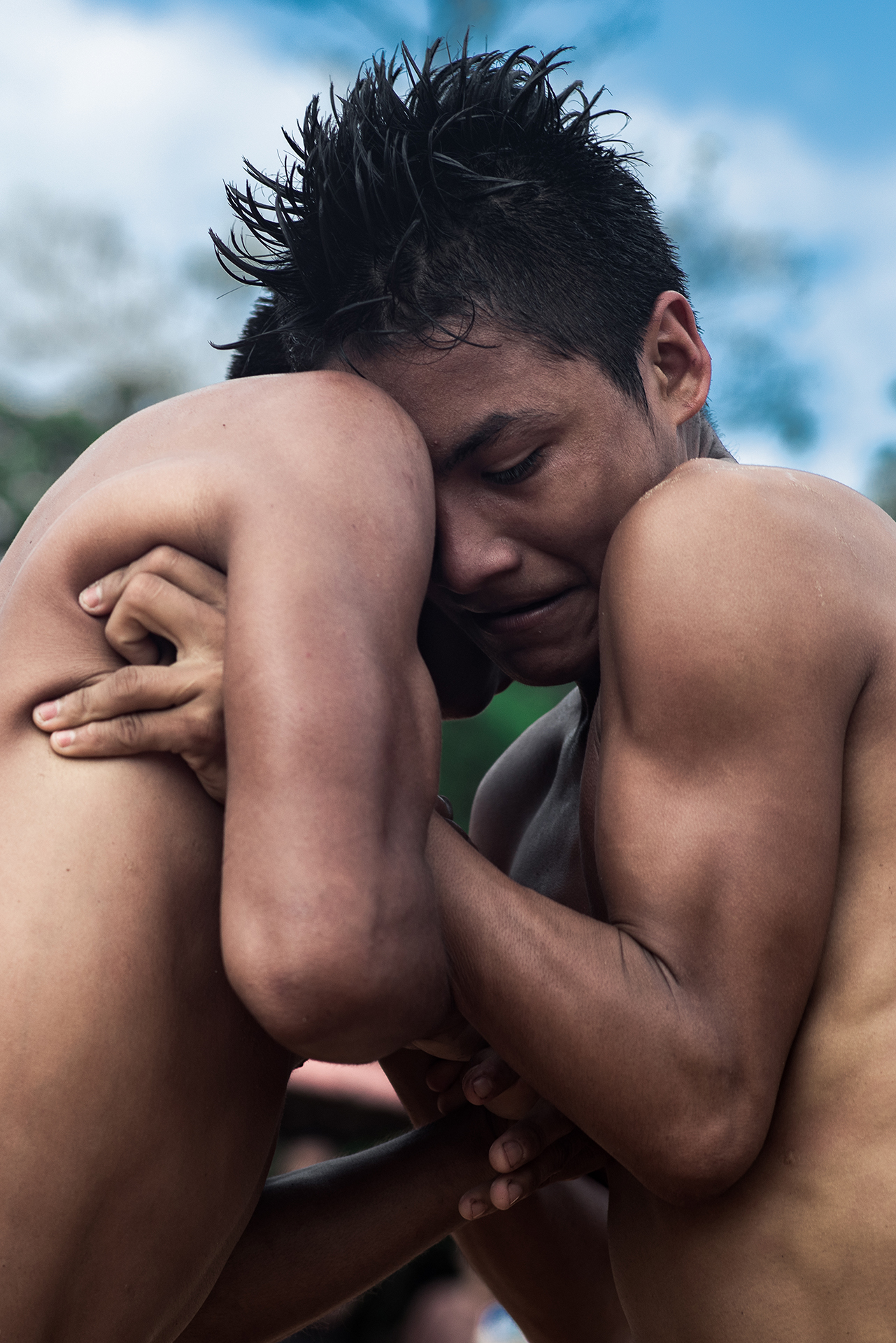 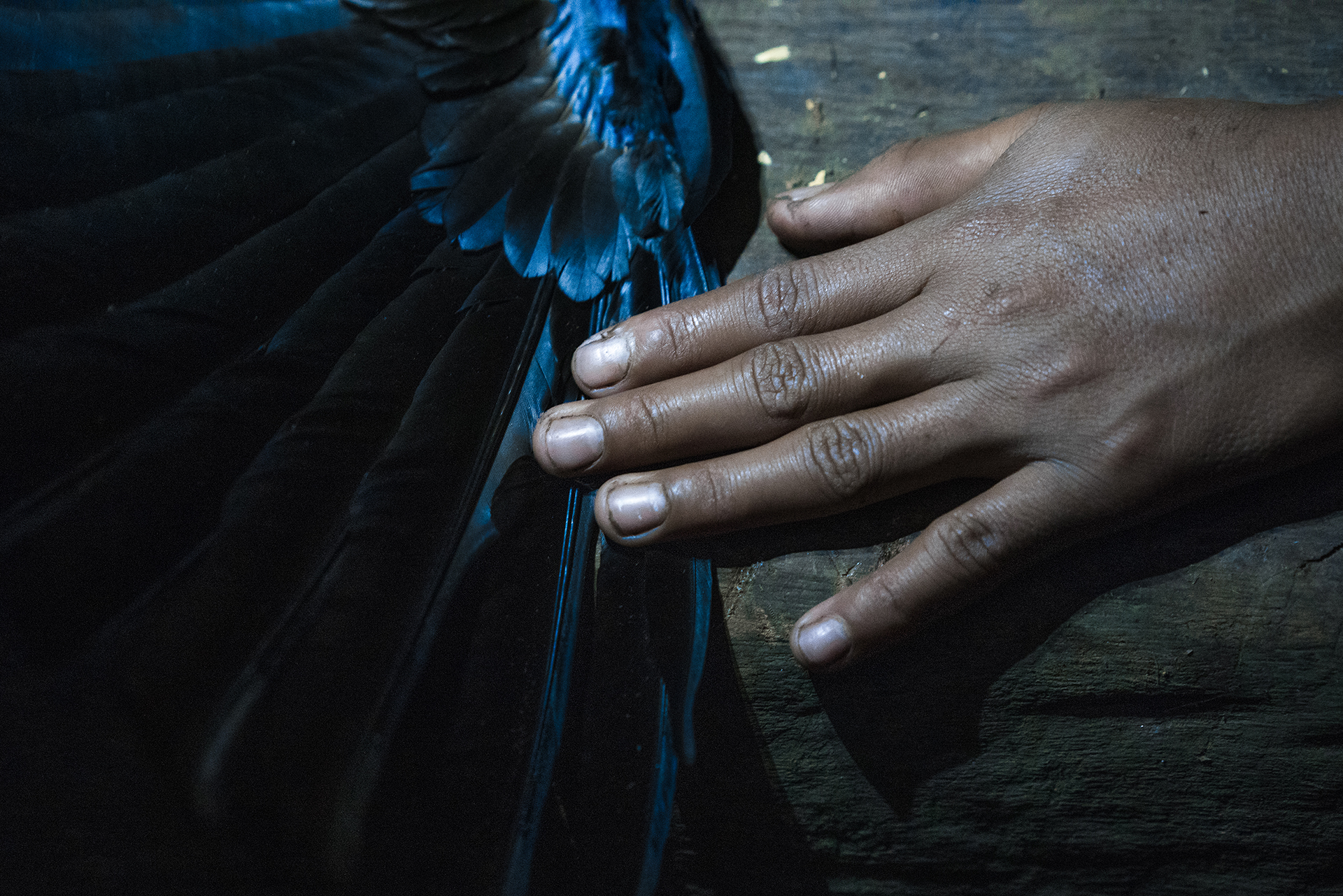 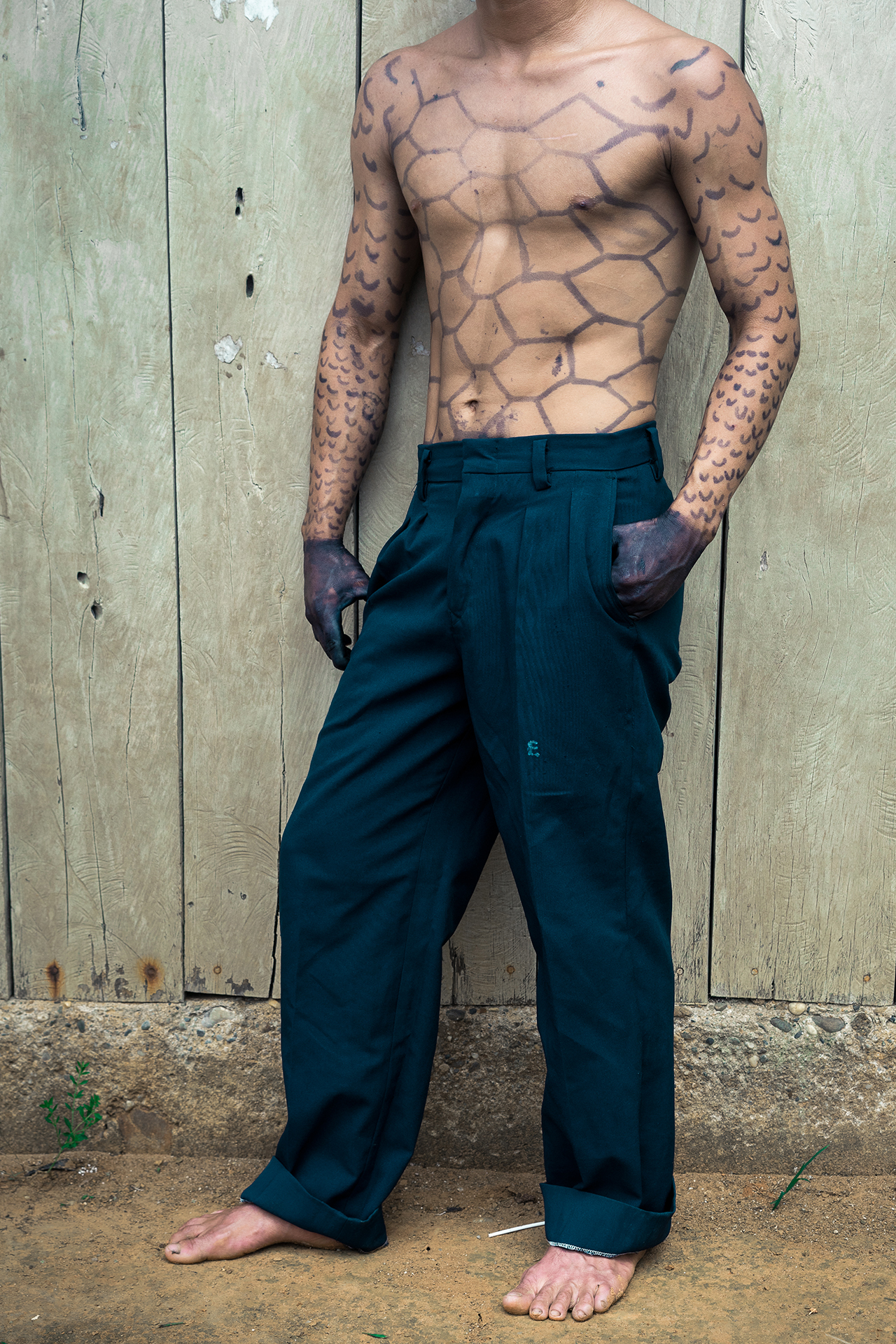 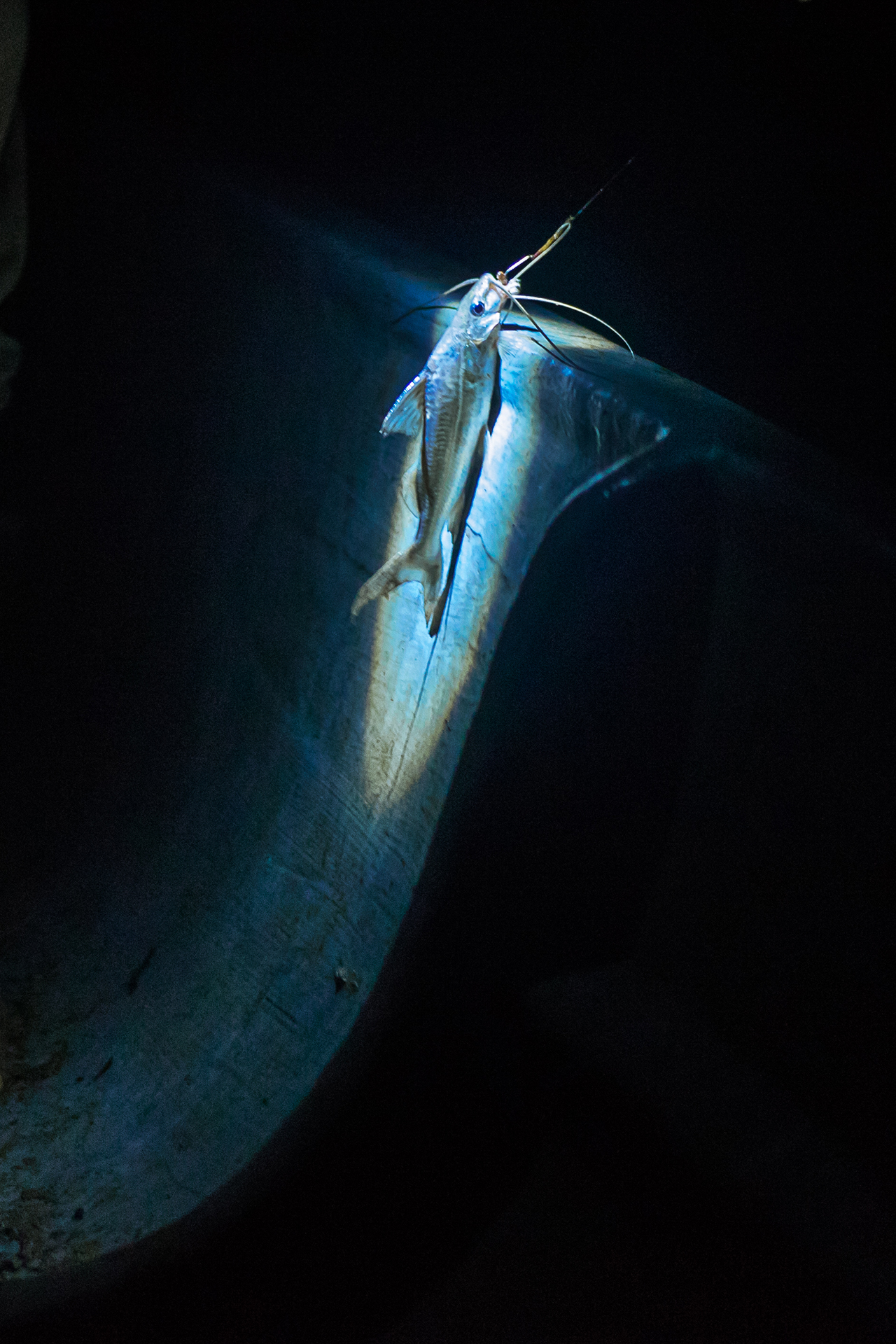 Misha Vallejo (b. 1985, Ecuador) has been working on a long-term project which takes a lyrical and kaleidoscopic framework and avoids ethnographic clichés to delicately document how traditional lifestyles and beliefs deal with modernity.

In conversation with GUP Magazine, he elaborates on Sarayaku, a community of Kichwa people living on the banks of the Bobonaza and Rotuno rivers in Ecuador’s Pastaza province. Their remarkable attitude towards the environment comes from the idea that the Amazon rainforest is a living, conscious and rights-bearing entity in which all elements, including humans, are interconnected. The Kichwa will do anything in their power to share their environmental message with the rest of the world, and Misha Vallejo wants to introduce their spirit to a wider audience. 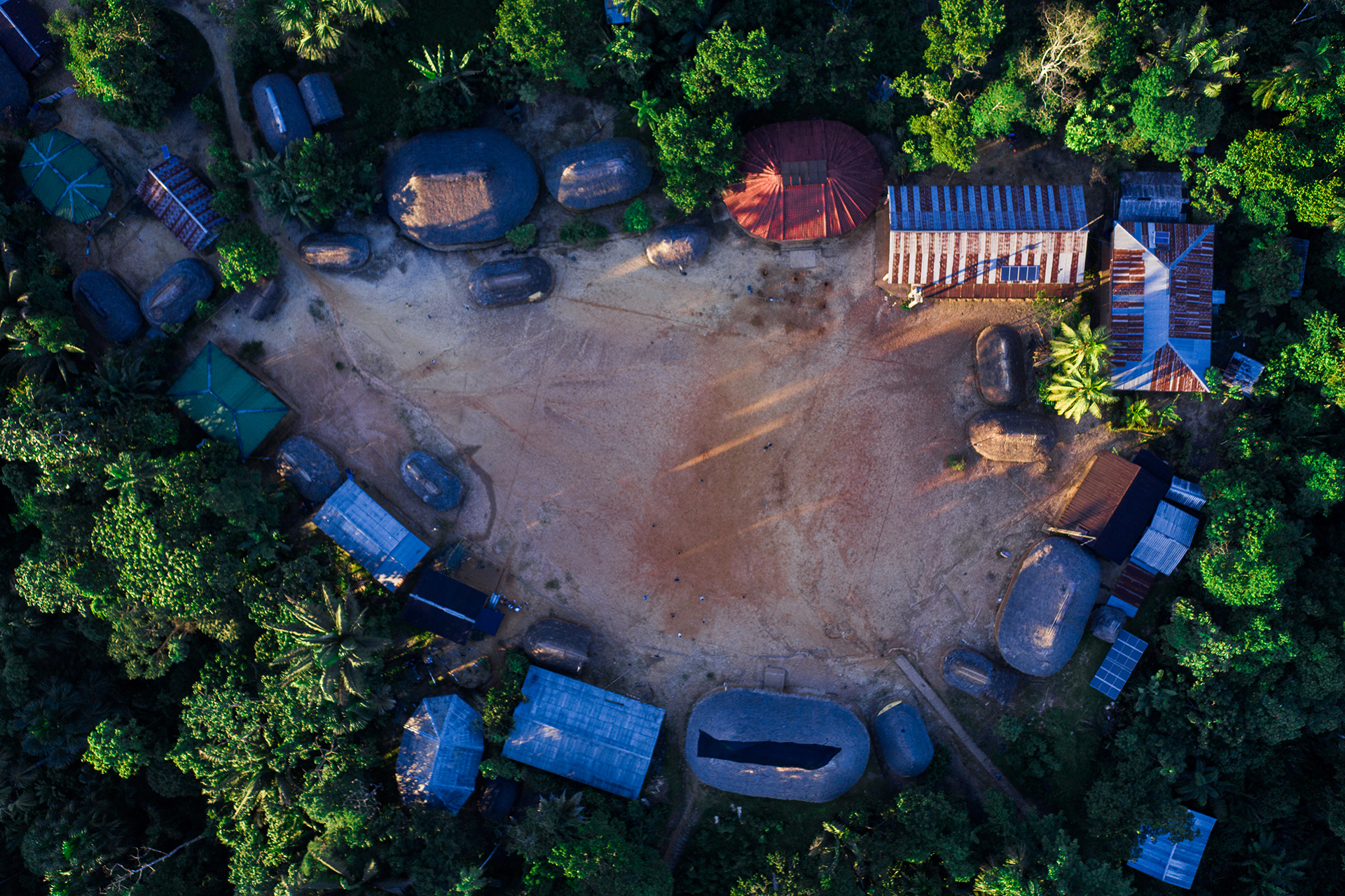 How did you discover the fascinating story of the Kichwa people? Can you describe your first encounter?

I was lucky to be born in Ecuador, a country with an outstanding diversity of ancestral peoples. From when I was a teenager, I was always surrounded by indigenous Kichwa knowledge. I did not research it in any depth until I was older, but as an adult I became interested in environmental and social activism.

In 2012, I learned about an indigenous community living on the banks of the Ecuadorian Amazon and their legal battle with the state. The community accused the government of encouraging oil exploration on their land without their consent. After a ten-year legal battle, the community won the lawsuit – and this was considered a landmark victory for Latin American indigenous people.

Initially, I was attracted by the community’s organisation and world view, and what these could teach me. In 2015, I was granted permission to enter Kichwa territory and since then have been visiting them and documenting their day-to-day life. Over time, my interest has developed into a visual analysis of their living philosophy. My intention was to study the intercultural union between their ancestral indigenous world and modern Western culture.

Soon, I realised that photography alone would not be sufficient to tell the entire story, which is why I decided to start gathering audio, video, illustrations and text. This was eventually compiled into the secretsarayaku.net web documentary, a photobook, an exhibition and a podcast. 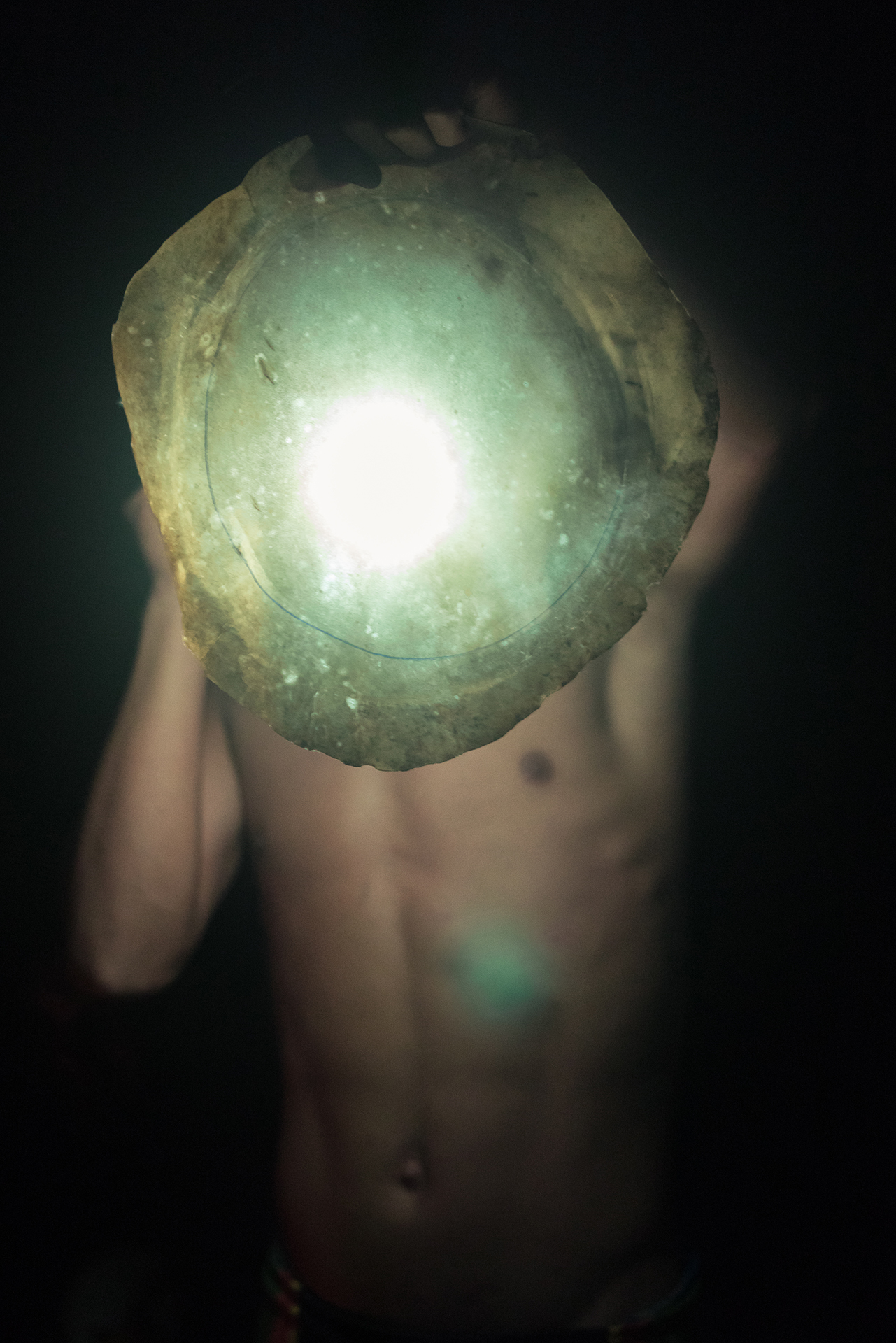 How did the Kichwa, as an indigenous people, react to the camera? And was there a generation gap?

The community is quite accustomed to cameras and have been actively using them since the early 2000s. They even have a communications department in charge of filming, photographing and posting audio-visual material on social media. However, as an audio-visual storyteller, I still needed time for people to get used to my presence, and I’m convinced that the five-year period in which I repeatedly visited the region helped me achieve such a level of trust.

Regarding the generation gap, yes – as in any society around the world, the younger people are more used to technology. They are more commonly seen with mobile phones, for instance, compared to the elderly. But the use of technology is not frowned upon, for as long as it is used for the benefit of the whole community and to protect their land.

“PHOTOGRAPHY ALONE WOULD NOT BE SUFFICIENT TO TELL THE ENTIRE STORY”

“The world view of the Sarayaku is not linear. It resembles a circle with hundreds of nodes and internal connections,” you write in the description of the project. How did you manage to translate that philosophy to photography?

The conception of time in the Kichwa world view is circular, marked by cycles, without a clear beginning or end and this also translates to their oral tradition. While telling stories, different people may take “detours” to tell the same tale, sometimes transforming the meaning of elements within that narrative.

I tried to do something similar: each element of the project tells a different part of their everyday life and philosophy, and they can be viewed all together as well as separately. For instance, the web documentary tells their story from a journalistic perspective, while the photobook takes a more subjective and artistic look at their philosophy and its symbiosis with the West. However, both elements have a circular structure where the difference between beginning and end is blurred. The podcast will consist of fictional narratives based on interviews with the community, and the exhibition we’re planning will create an immersive experience in the mystical world of the Sacha Runakuna, or spiritual forest defenders. 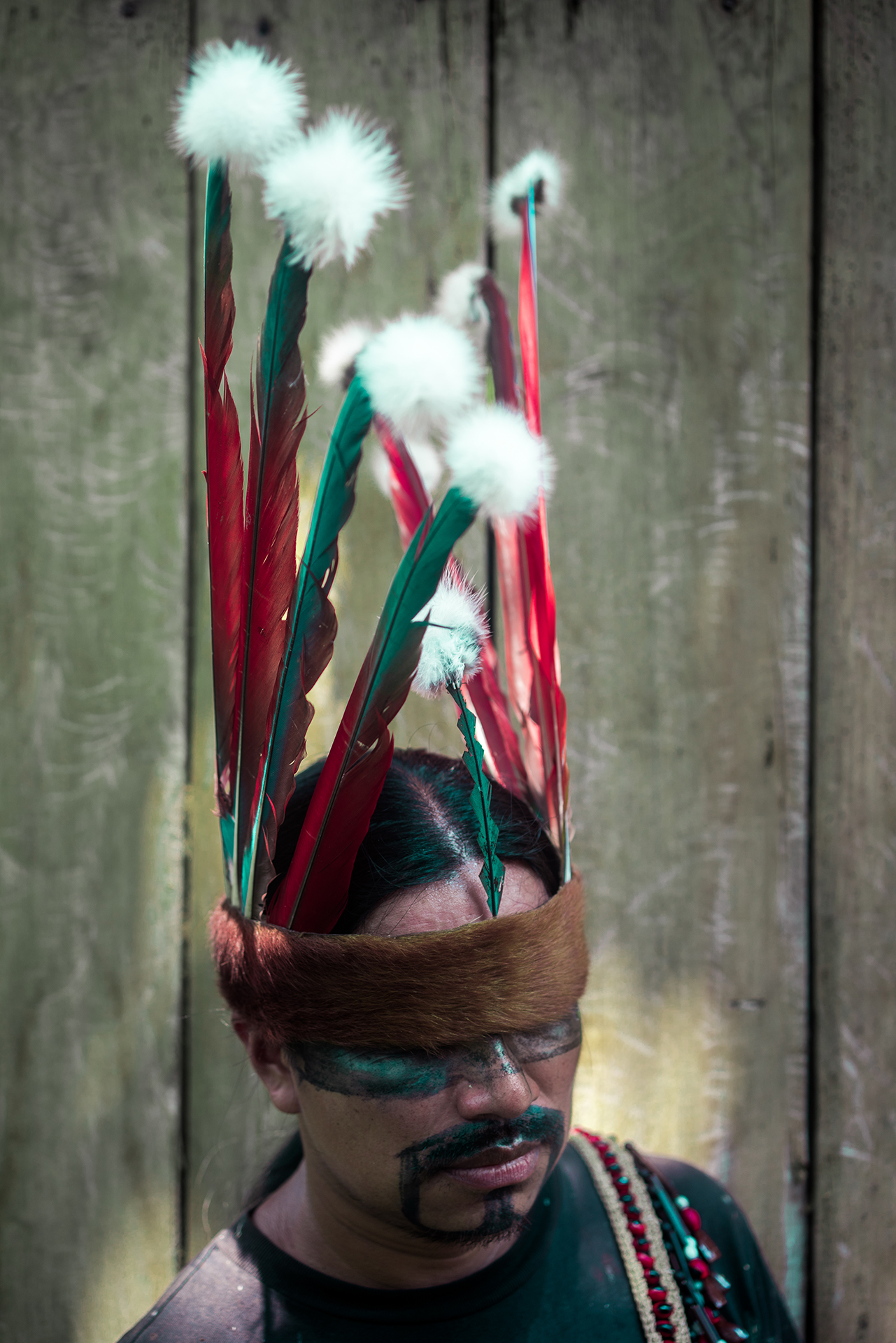 “THE GRAPHIC CONCEPT OF THE BOOK AND THE WEB PROJECT ARE UNIFIED.”

So, the different media used all have their own characteristics but are intertwined?

The graphic concept of the book and the web project are unified: they use the same fonts, colours and illustration styles. But not all the elements included in the book are present on the webpage, and vice versa. The book is a subjective authorial take on the ancestral philosophy of the community and its symbiosis with Occidental influences.

The online project presentation gives way to an interactive, non-linear, journalistic look at the everyday life of the community. Visitors can take several detours and end up a bit lost, as in a real tropical forest. The web is more hybrid and allows us to show videos, audios and animations. It is also meant to be experienced by a worldwide audience, whereas the book is a more static entity that will endure in its artform over time while, perhaps, attracting a narrower interest group.

Are you also planning to present this work in an actual space?

A solo show is scheduled for the Contemporary Art Centre in Quito, Ecuador – although, due to Covid-19, the exact dates are not finalised. I’m also researching other venues and festivals in Europe and Latin America for next year – and I am open to proposals!

For the exhibition, I plan to create an immersive experience into the modern world of this indigenous community. Including video, audio stories, sounds, projections and digital photography, this show should bring the viewer closer to the mythological world of the Sacha Runakuna and the Kawsak Sacha. 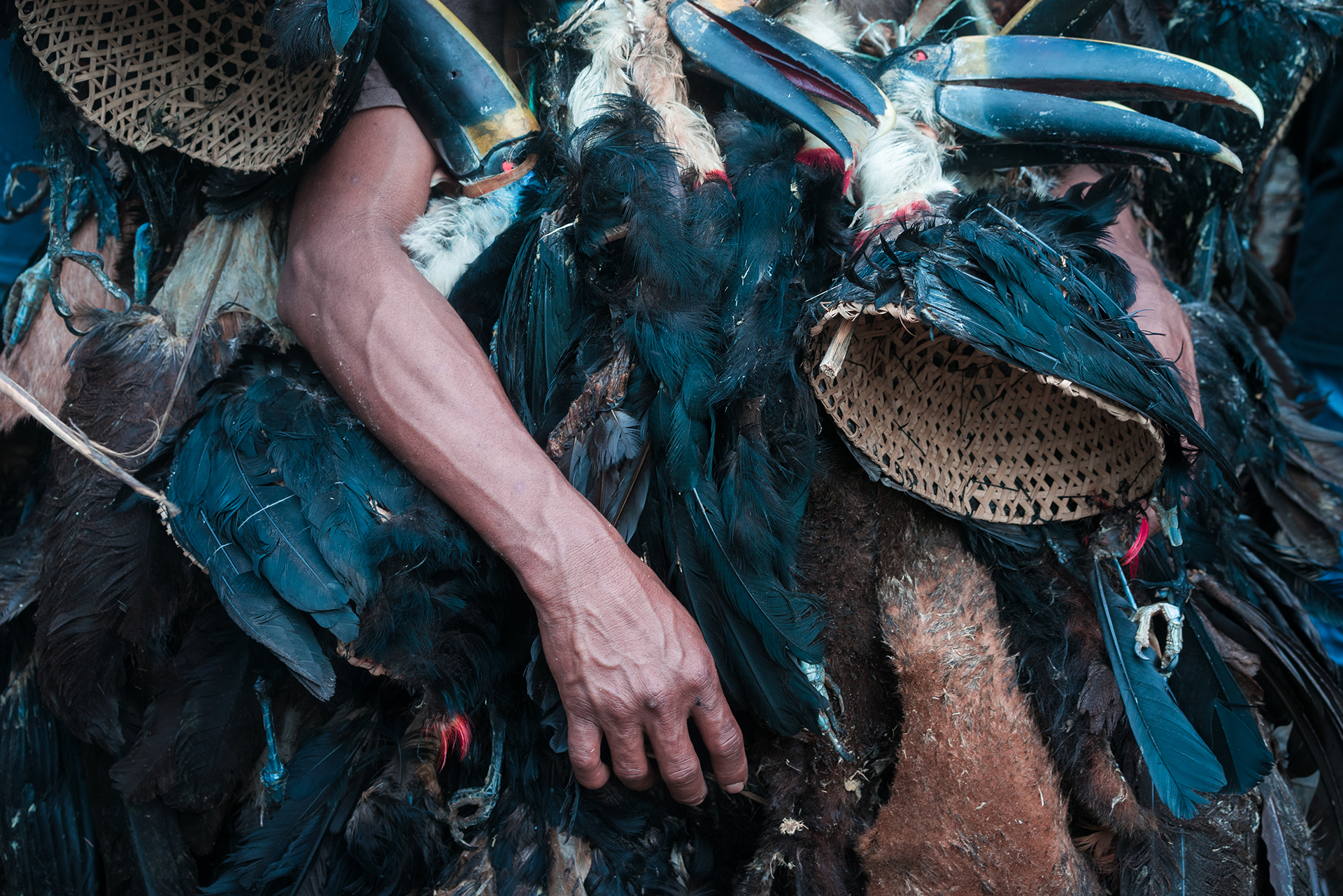 What are you hoping to achieve with this project overall?

This transmedia project is designed to blur the line between documentary and art, and it invites the viewer to explore, from different perspectives, a jungle of information where Western contemporary knowledge merges with the wisdom of an ancestral indigenous community. Furthermore, I wish to make the community and its struggle known to a wider audience because I think it will provide these people, and their approach to ecological living, a stronger voice.

The Kichwa people take from the jungle only what is necessary for their survival. Personally, I believe we need to be aware that all our actions impact everything else. This is why we should consume responsibly in order not to deplete Earth’s resources, and do whatever we can to support the people fighting at the forefront of climate change – like the indigenous communities that protect the forests of the planet. That said, it is not my intention to generate convictions or present irrefutable truths, but rather to pose the question: how can we photograph that which cannot be seen, but is widely known to exist?

‘Secret Sarayaku’ has recently been published by Editorial RM. The title can be purchased here.