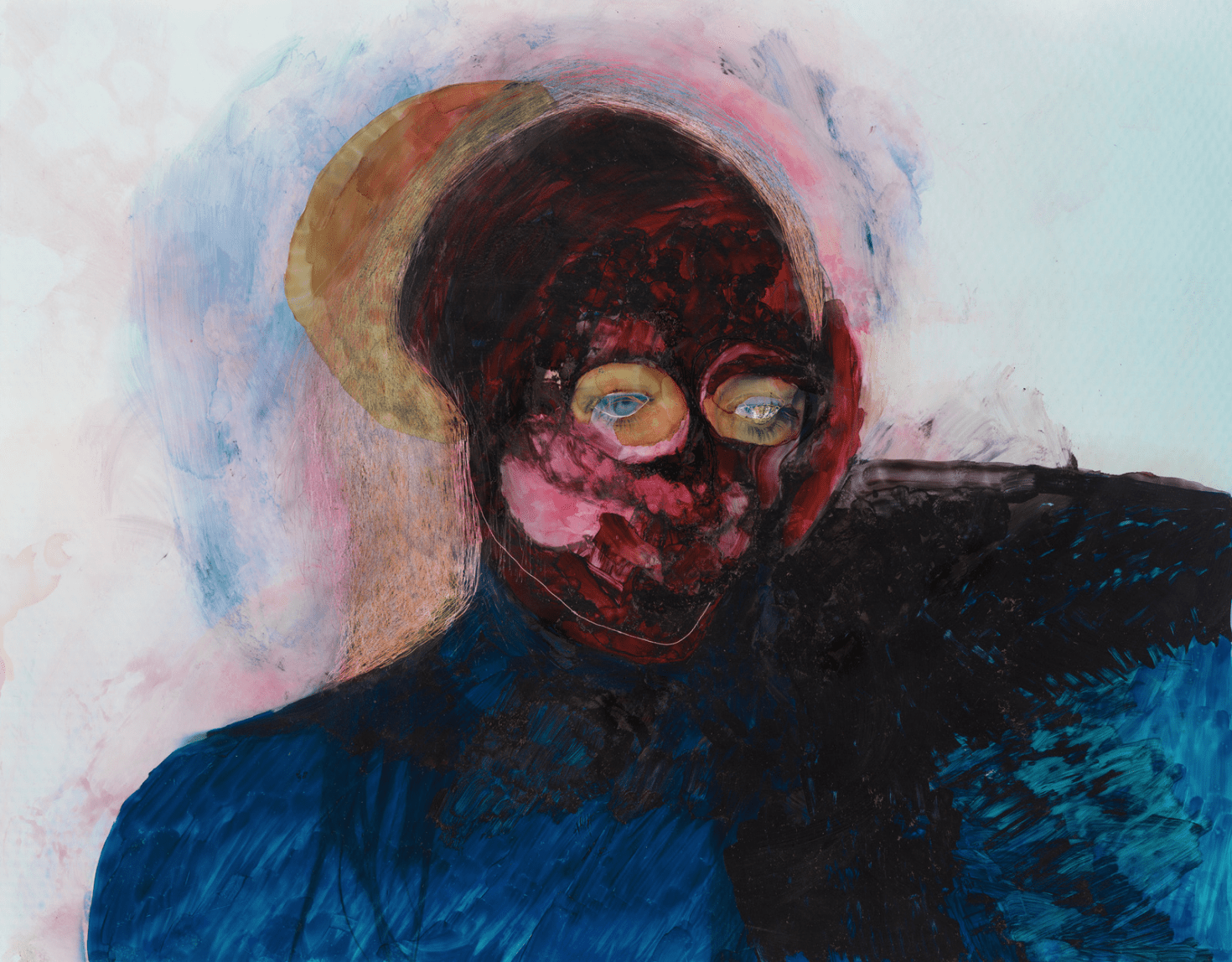 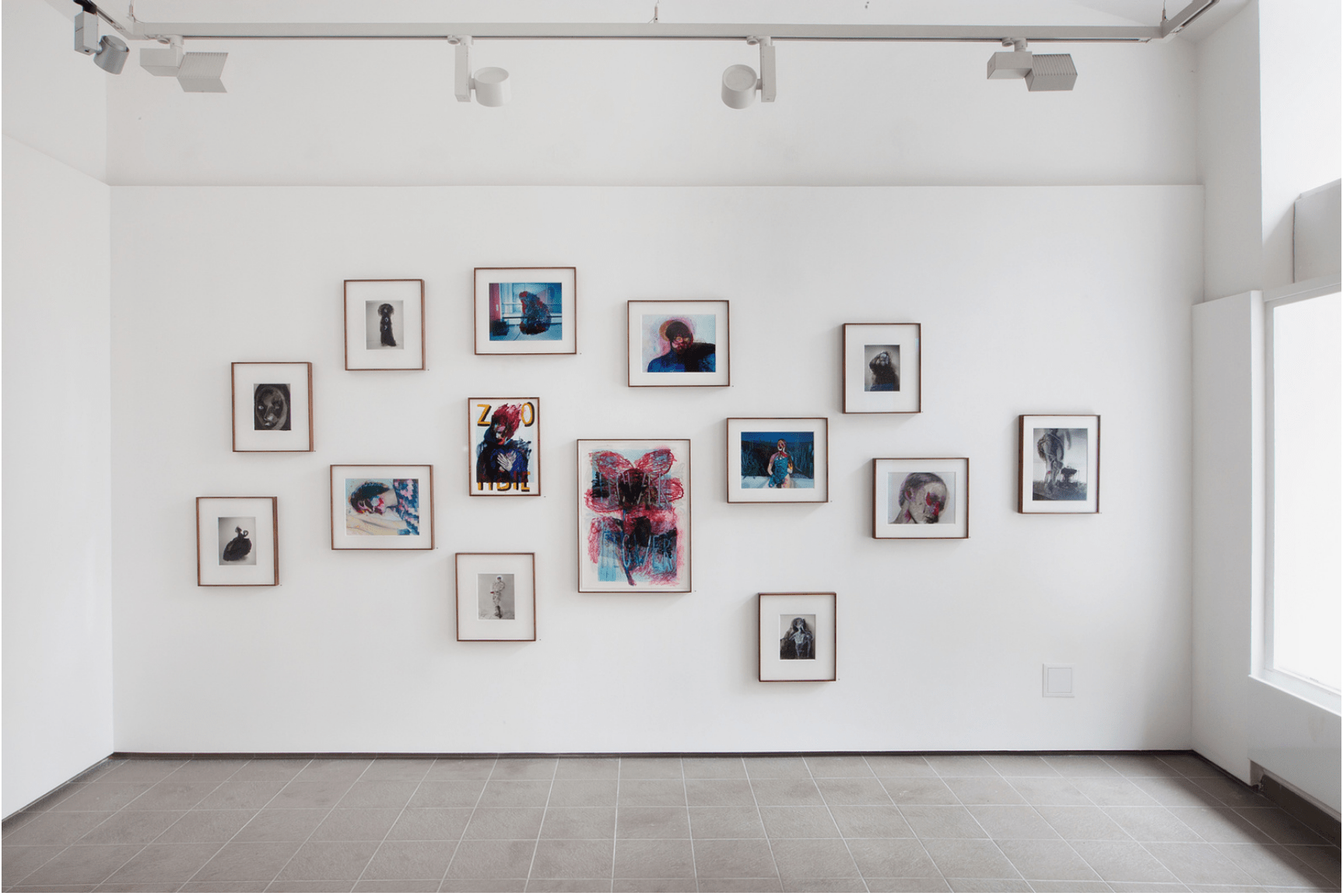 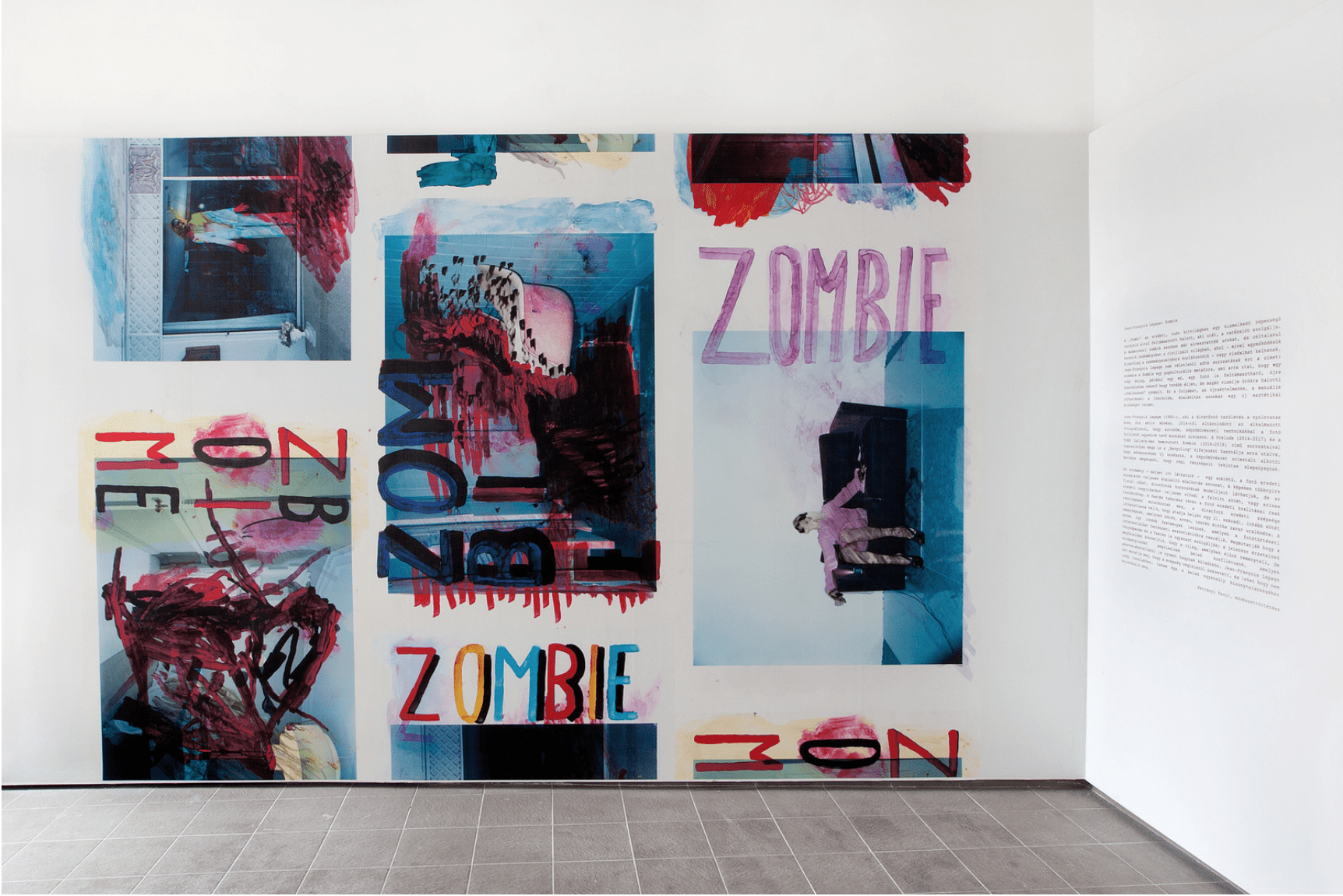 Jean-François Lepage (b. 1960, France) began his career as a fashion photographer in the early 80s. Lepage often revisits his photographs after the shoot itself in order to dismantle and interfere with the images he captures. By cutting the negative and positive films to build new multiple images, his artistic practice hovers on the borderline of painting and photography. For three decades his timeless uncanny images appeared in numerous international publications. Since 2014, Lepage has devoted himself exclusively to fine art. He continues to develop his ‘RECYCLE Project’, reconstructing films and photographic prints from his personal archives. His first opus PRELUDE was presented at Unseen Amsterdam 2015. The second opus ZOMBIE, completed in 2019, shows a selection of hand painted chromogenic and silver gelatine prints.

GUP sat with Lepage to reveal the intriguing details behind his way of working and his upcoming solo show in TOBE Gallery this March.

There are many associations with the word ‘zombie’, why did you choose this word as title? Does it perhaps refer to the obscured notions of ‘dead’ or ‘alive’ evoked from your images?

I have no particular affinity for brainless zombies that move through grapes attacking and eating poor and stupid humans, but they still make me laugh. I have always been attracted by the mysteries of death and all the tales and legends about this particular subject. Not by morbid attraction, certainly not … or not only. But because all of these stories about death most of the time celebrate life. It is certainly through my younger age when I was reading novels by Howard Phillips Lovecraft and Edgar Allan Poe as well as Mary Shelley’s Frankenstein, that this attraction for the unknown, the experimentation was born. So, it’s spontaneously established between me and the imaginative worlds of the undead, a very special affection for vampires, werewolves, revenant, ghosts. But the real reason of this subject and choice of title was finally, because my seven years old and youngest daughter, Saule, spent the whole summer 2018 talking to me about her animated cartoons full of zombies, claiming that being gothic was cool. It was without a doubt the right pick for the second opus of my ‘Recycle Project’. 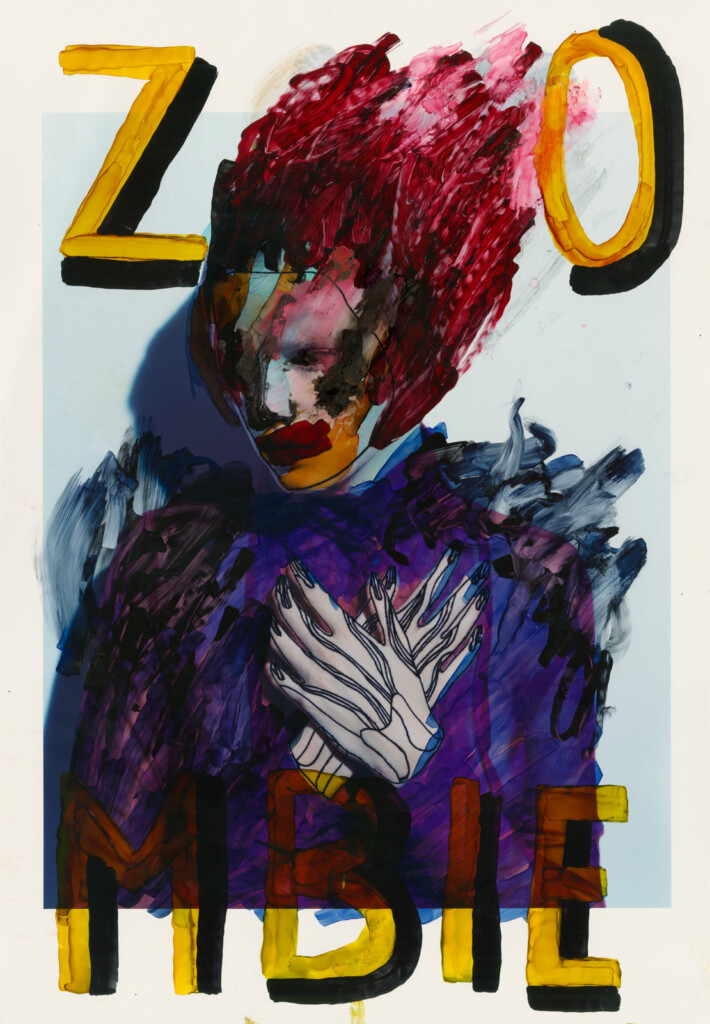 “(…) all of these stories about death most of the time celebrate life.”

In ‘ZOMBIE’, you primarily paint over your photographs. In that sense, your process involves transforming the original print into something unreal, dreamy and perhaps out of this world. How would you yourself describe your position between the real and unreal?

What is real and what is not? In the art world, the real and the unreal are often linked, mixed and diverted. Artists like to cover their tracks, to question, to surprise. It is often a way of playing with the society’s codes. Precisely, in our societies, today’s unreal is often tomorrow’s real. With the real and the unreal we confront the limits of the human brain in its capacity for reflection at a certain moment. We must never forget that for centuries we had persecuted and killed people in the name of reality for what society considered unreal at the time – and we still do. Human beings are not fundamentally wicked, but they are often stupid and cruel in a group … a bit like zombies! In other words, I think that the indefinable has an exquisite charm that must be preserved because it is often the catalyst for triumphant utopias that have moved forward the Humanity.

For my part, I sometimes find it difficult when I work to differentiate the real and the unreal because my imagination is extremely real. As an artist, I create and invent a world that is mine – my inner world that I try to transcribe in my artwork which often seems more real and familiar to me than the outside world.

I think that most artists have this capacity to live in parallel worlds and to go from one to the other. Artists are like sponges: they can deform themselves more easily than other people. 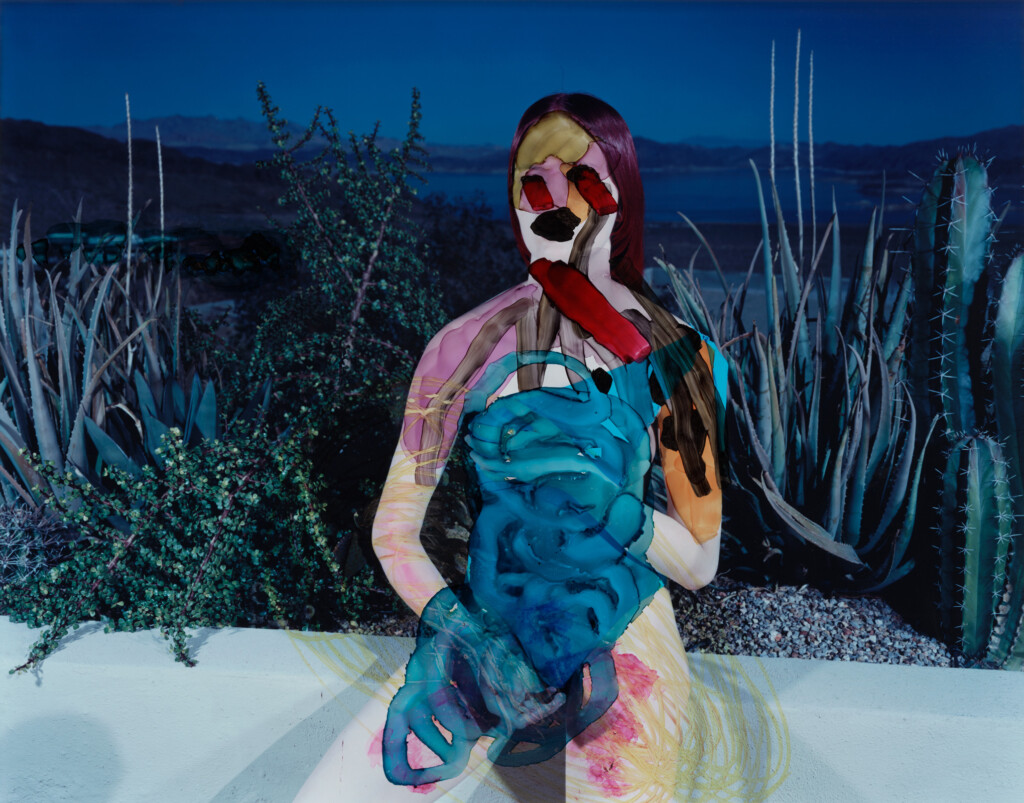 “Artists are like sponges: they can deform themselves more easily than other people.”

How do you, as a maker view the symbiosis of both photography and painting? Does one medium for you have bigger importance than the other or without one there wouldn’t be the other?

I really liked photography and during my young years it was a genuine passion. I speak of course of making photographs with a camera. I got a little tired of it, probably because of our society being extremely focused on the photographic visual nowadays, which moves me away from picking up the camera. But to be honest, even if I’ve started very young to work as a photographer, I’ve always felt more comfortable with the medium of painting, especially when I started to play with colours. Perhaps I prefer the medium more due to its richer history and ability to keep intact some of the sensations of our childhood and its gestural spontaneity. Painting is a universal language, just like music. 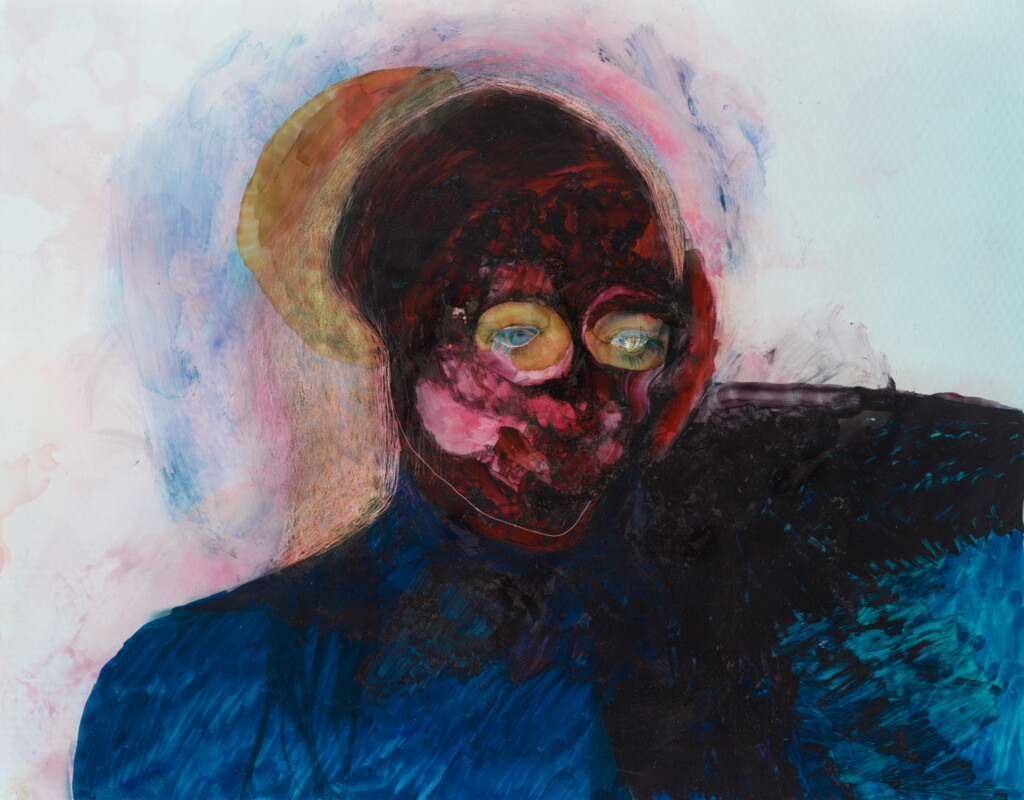 ‘ZOMBIE’ is the second part of your ‘Recycle Project’ which you initially started in 2014. How does it differ to the first part ‘Prelude’ (2014-2017) and is this project now finished?

I don’t know when my ‘Recycle Project’ will end, however, I know that it is far from being finished. The project should consist of seven to ten opuses and I am currently working on four of them in parallel. When I started working on my first opus, ‘Prelude’, I needed to refresh my mind and change my working method after fifteen consecutive years of fashion photography – just about the right time. In fashion photography, there is always time’s imperatives, this no longer exists when one devotes oneself to pure artistic work. But strangely it was not so simple to get used to taking the time necessary again. It took me two years to find sensations similar to those I had known during my years as a painter in the 90s.

‘PRELUDE’ and ‘ZOMBIE’ are very different series, and not only because of the technical approach. I would say that ‘PRELUDE’ is a synthesis of my intimate relationship with the photographic film, negative or positive – the film’s gelatine, its skin. I think that in a sense this series is a bit nostalgic. It is the first goodbye to my main way of practicing photography since the mid-80s. With ‘ZOMBIE’, I found some forgotten sensations of the unknown, a little more freshness too, and a sense of play. My ‘Recycle Project’ is without a doubt a testament. Once completed, I would certainly explore very different horizons.

“It took me two years to find sensations similar to those I had known during my years as a painter in the 90s.”