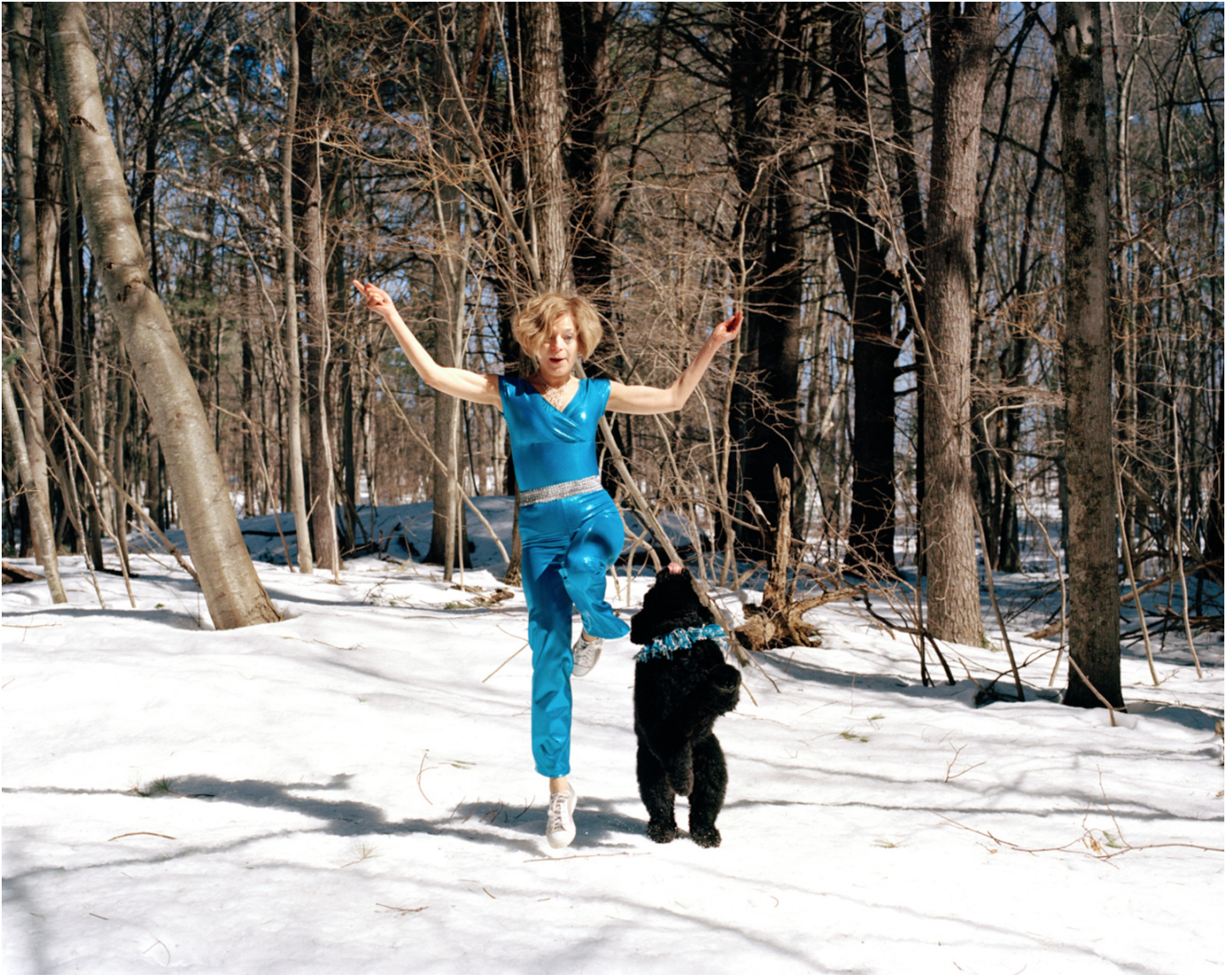 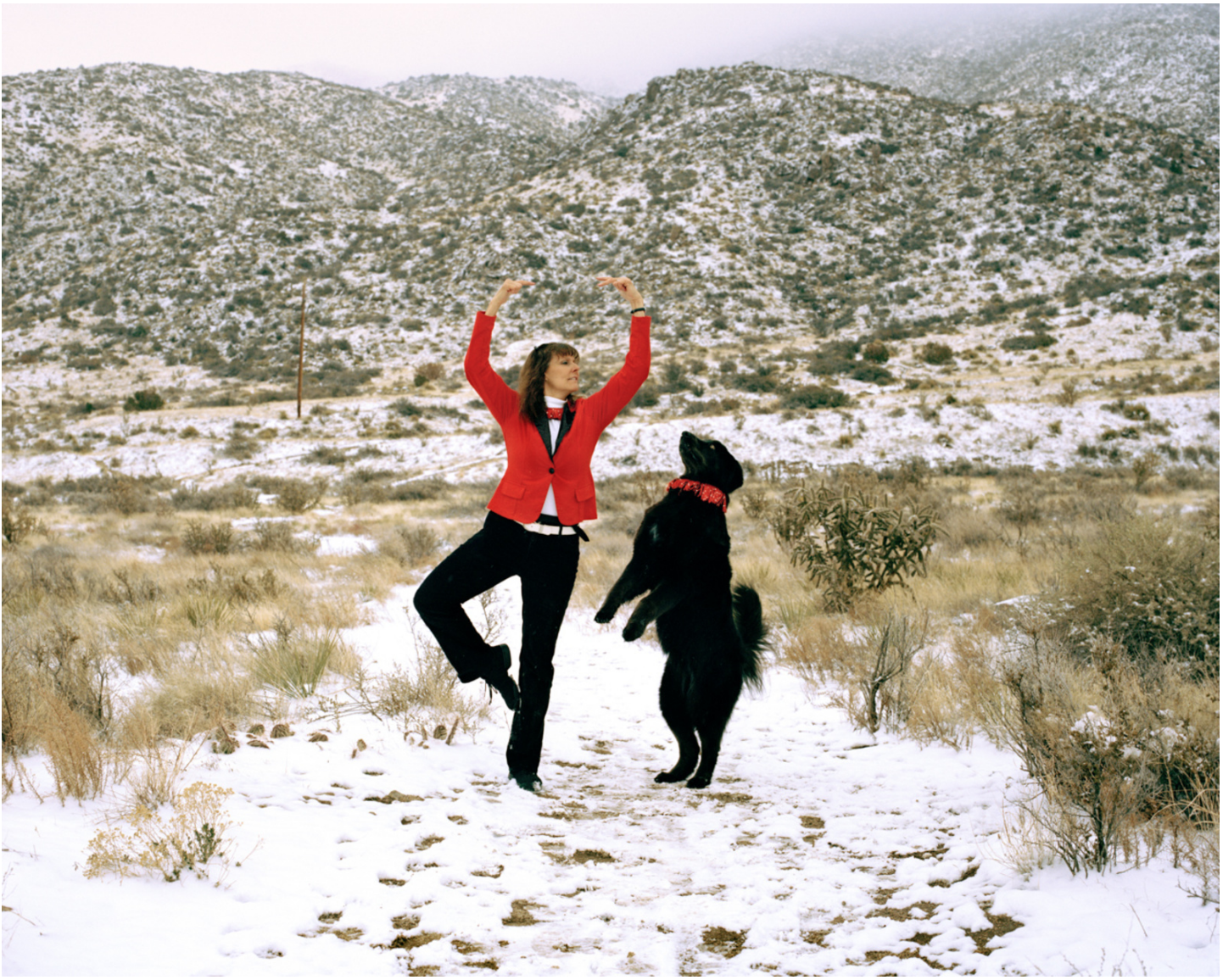 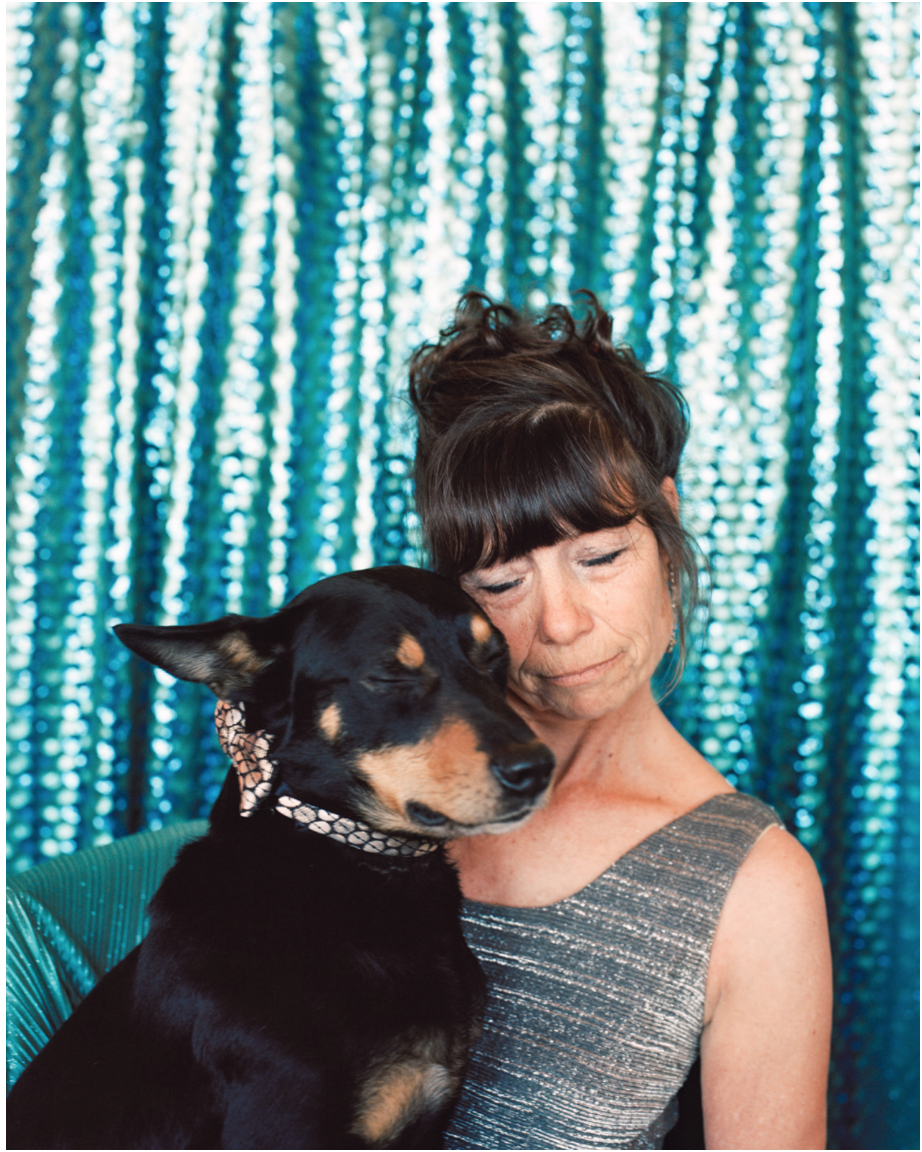 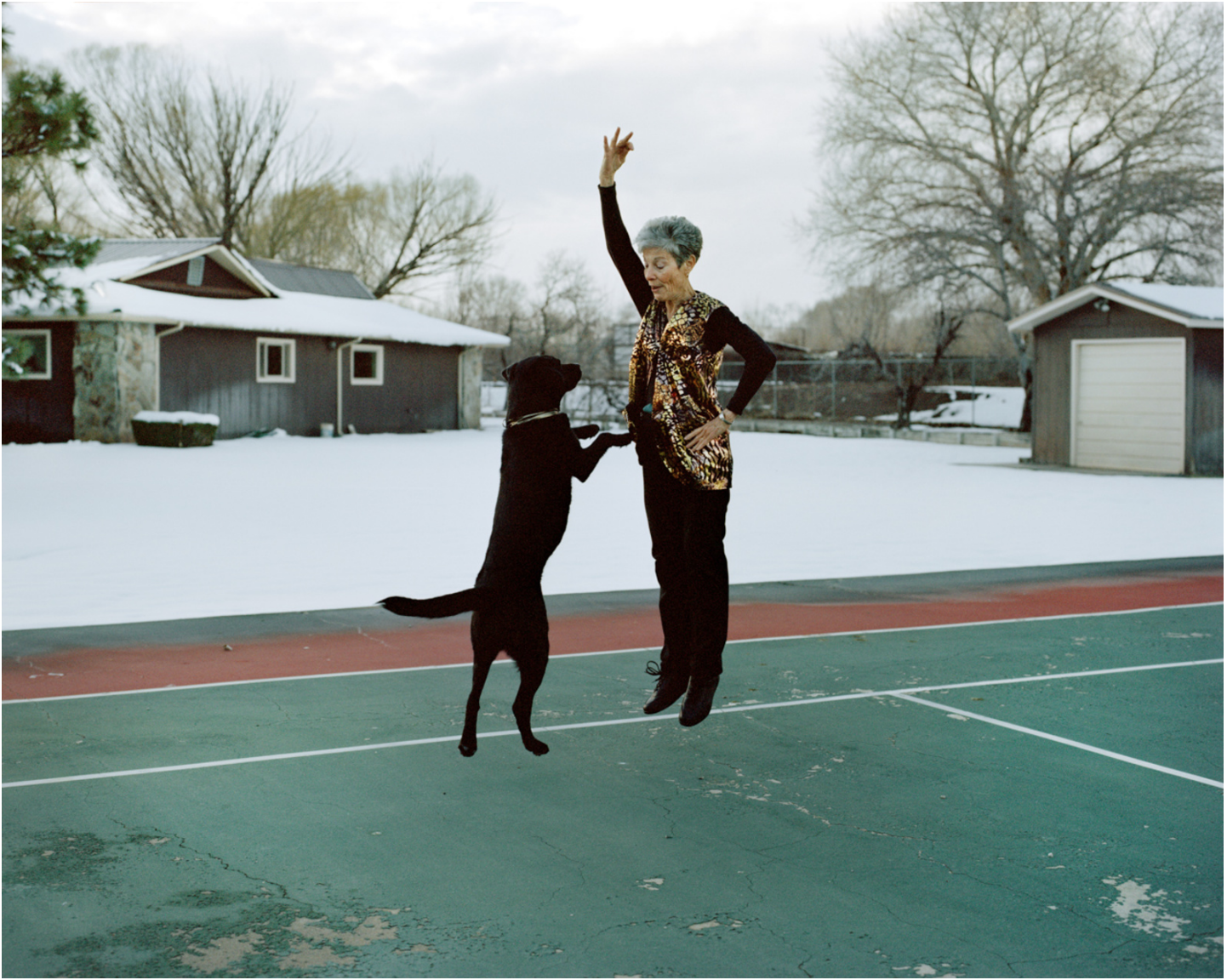 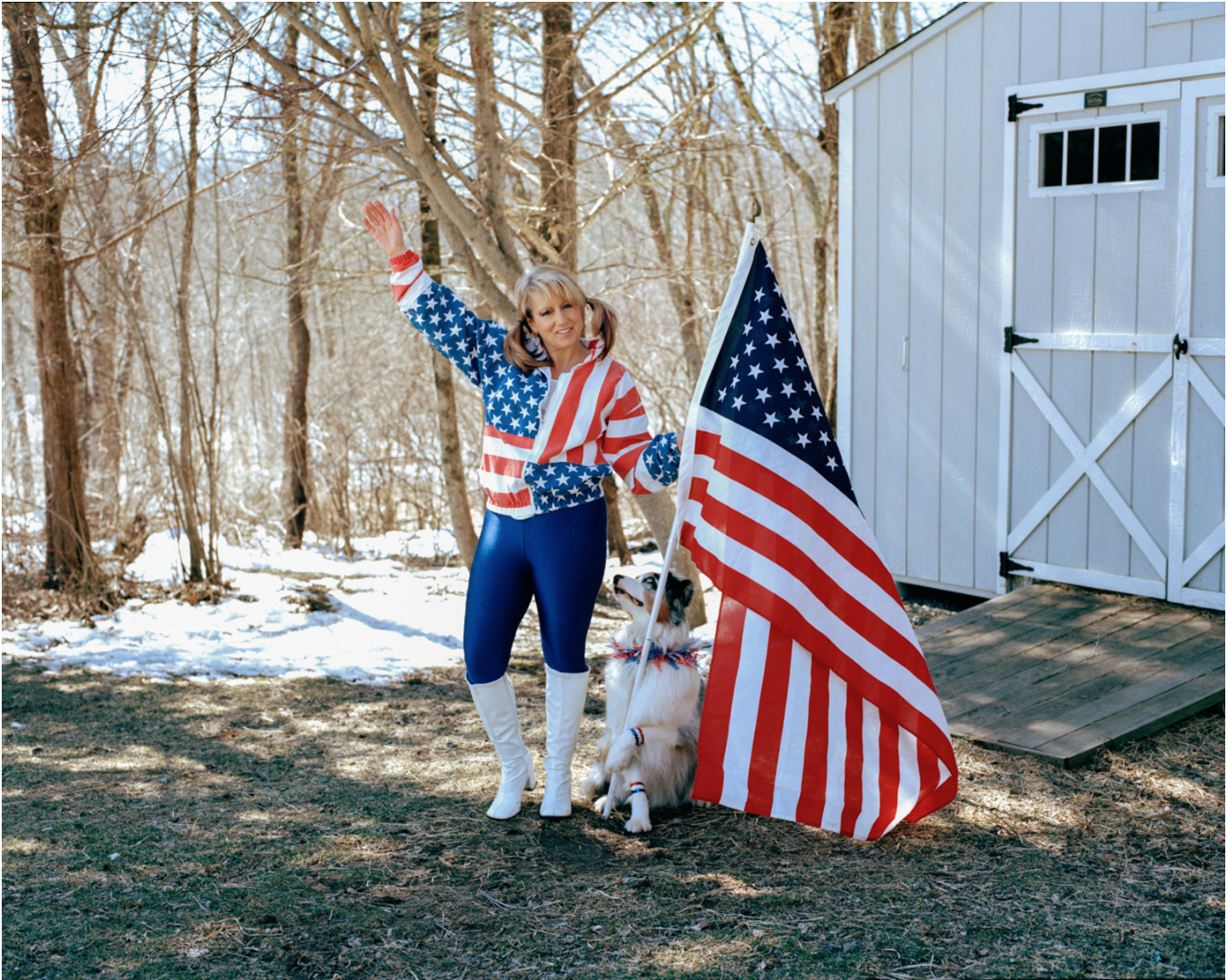 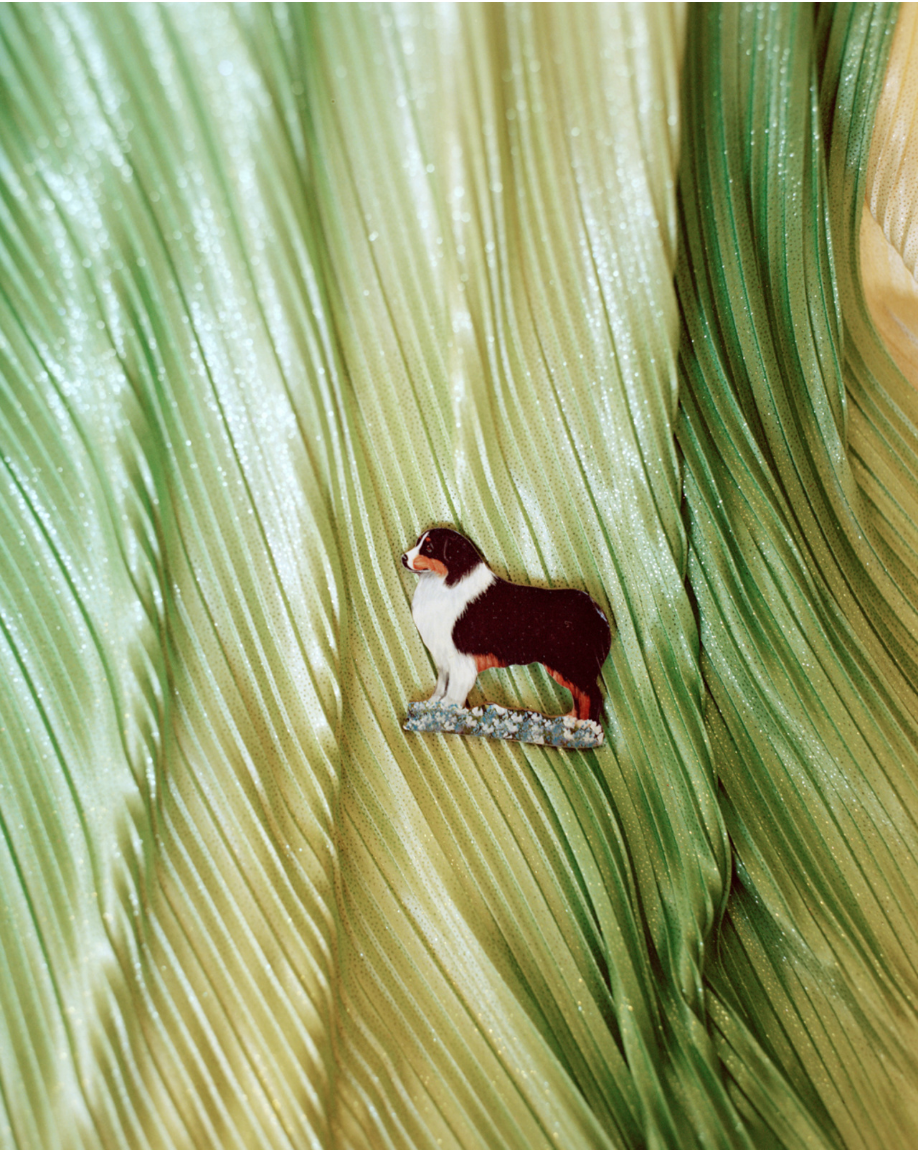 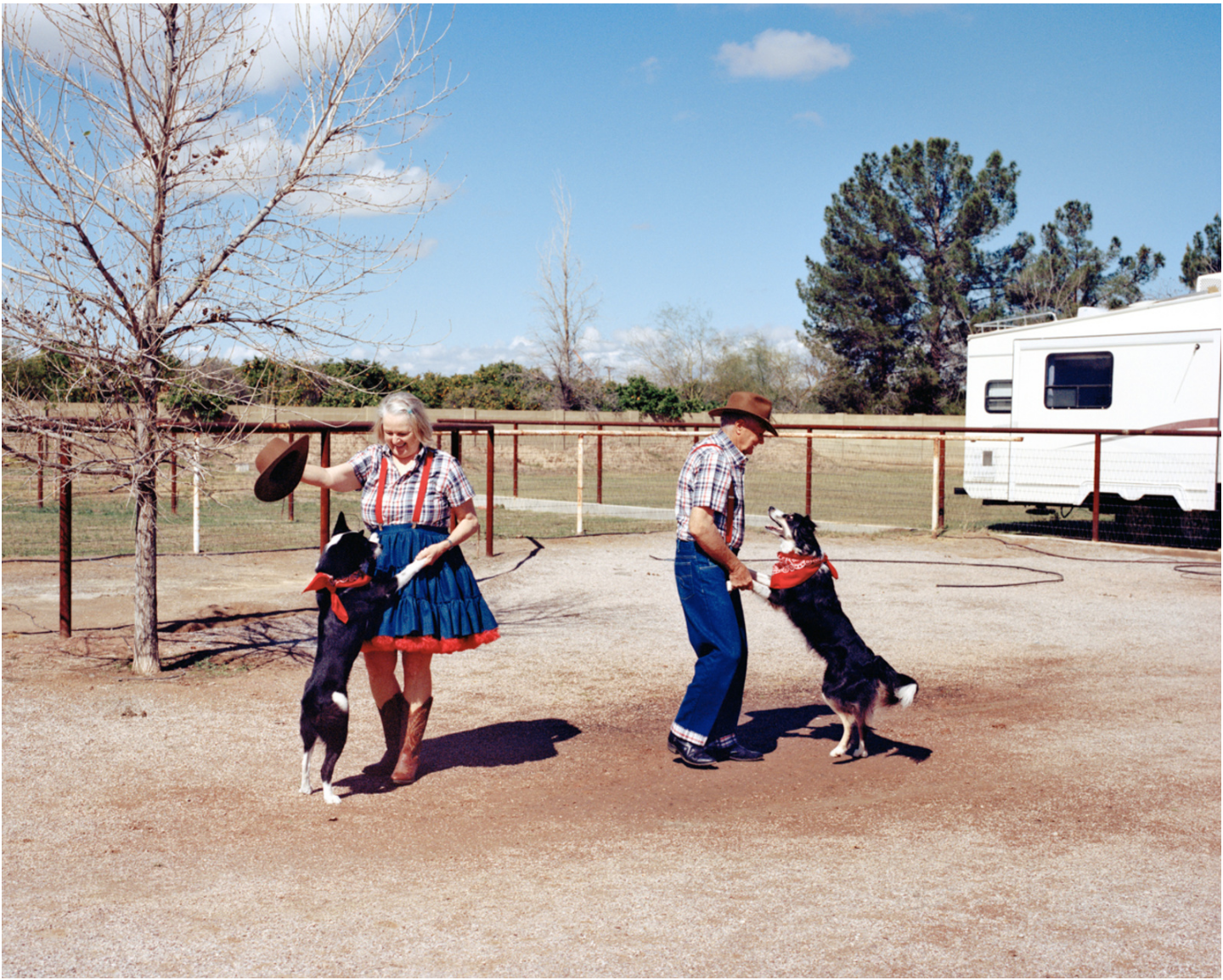 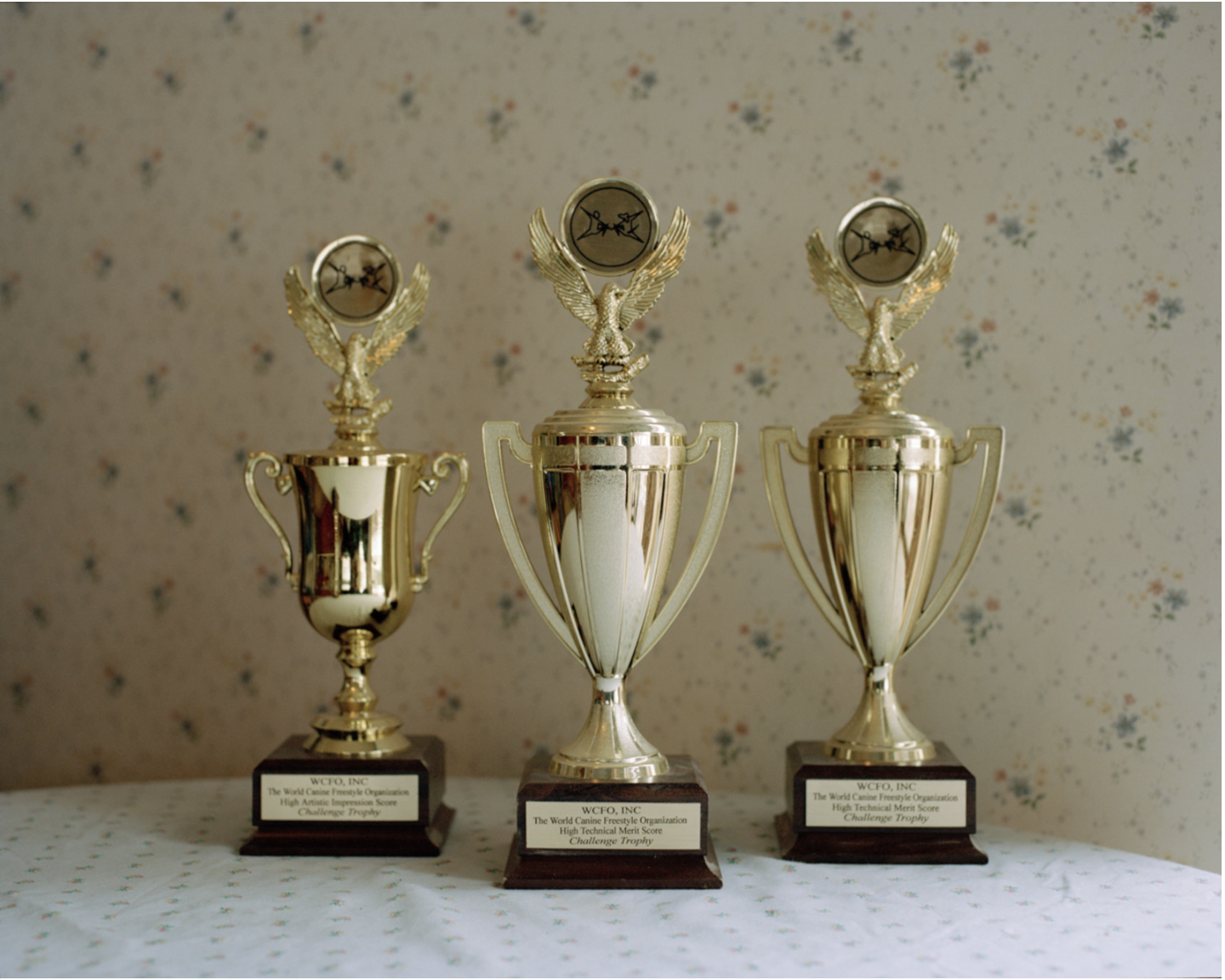 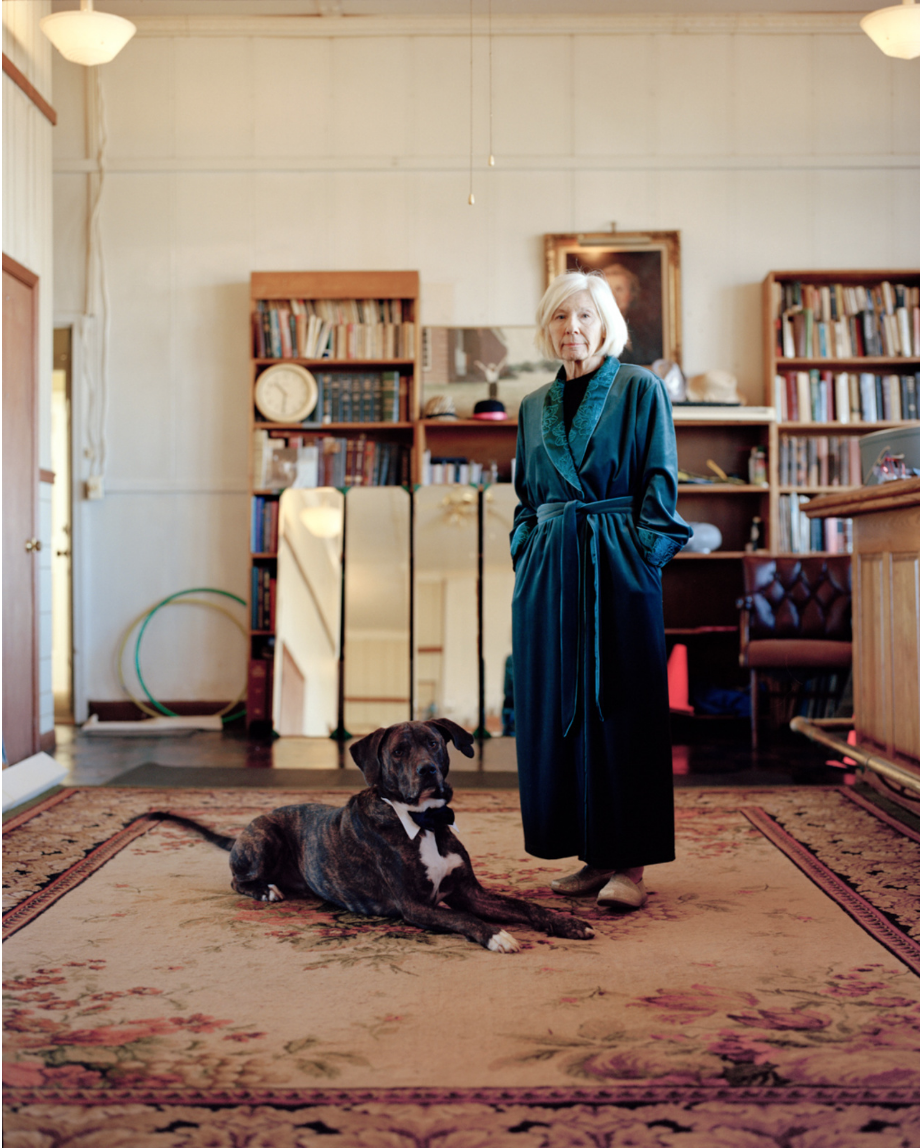 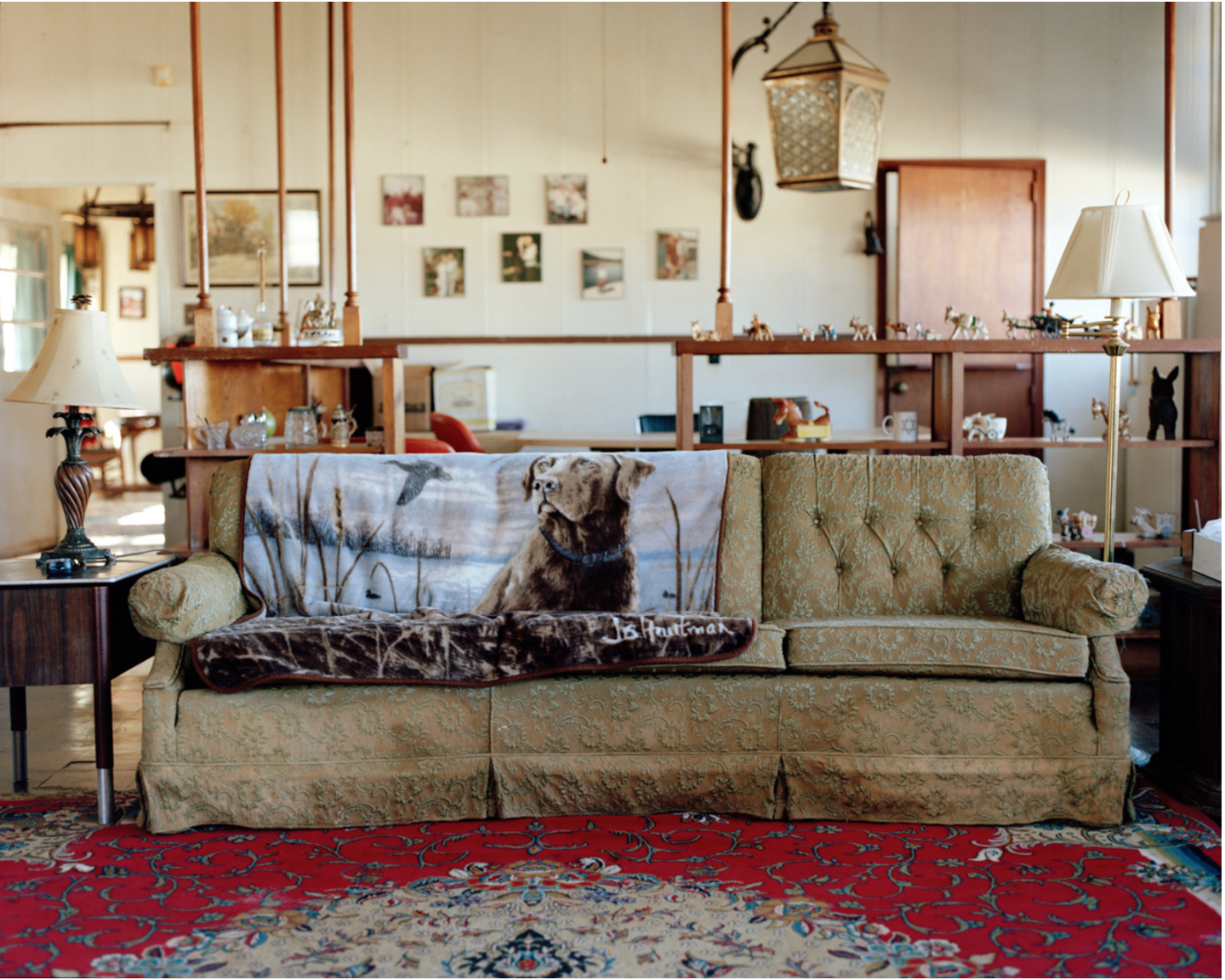 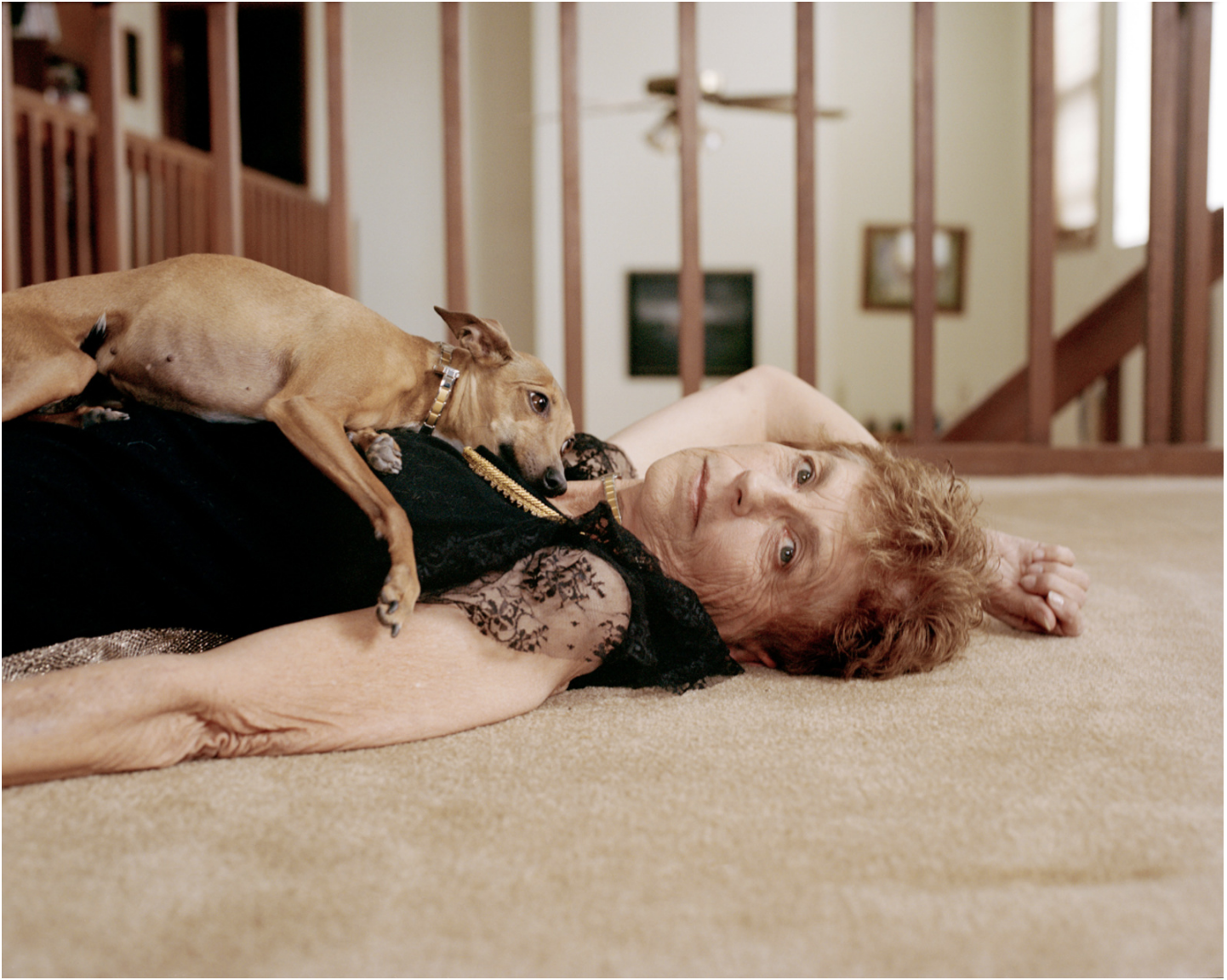 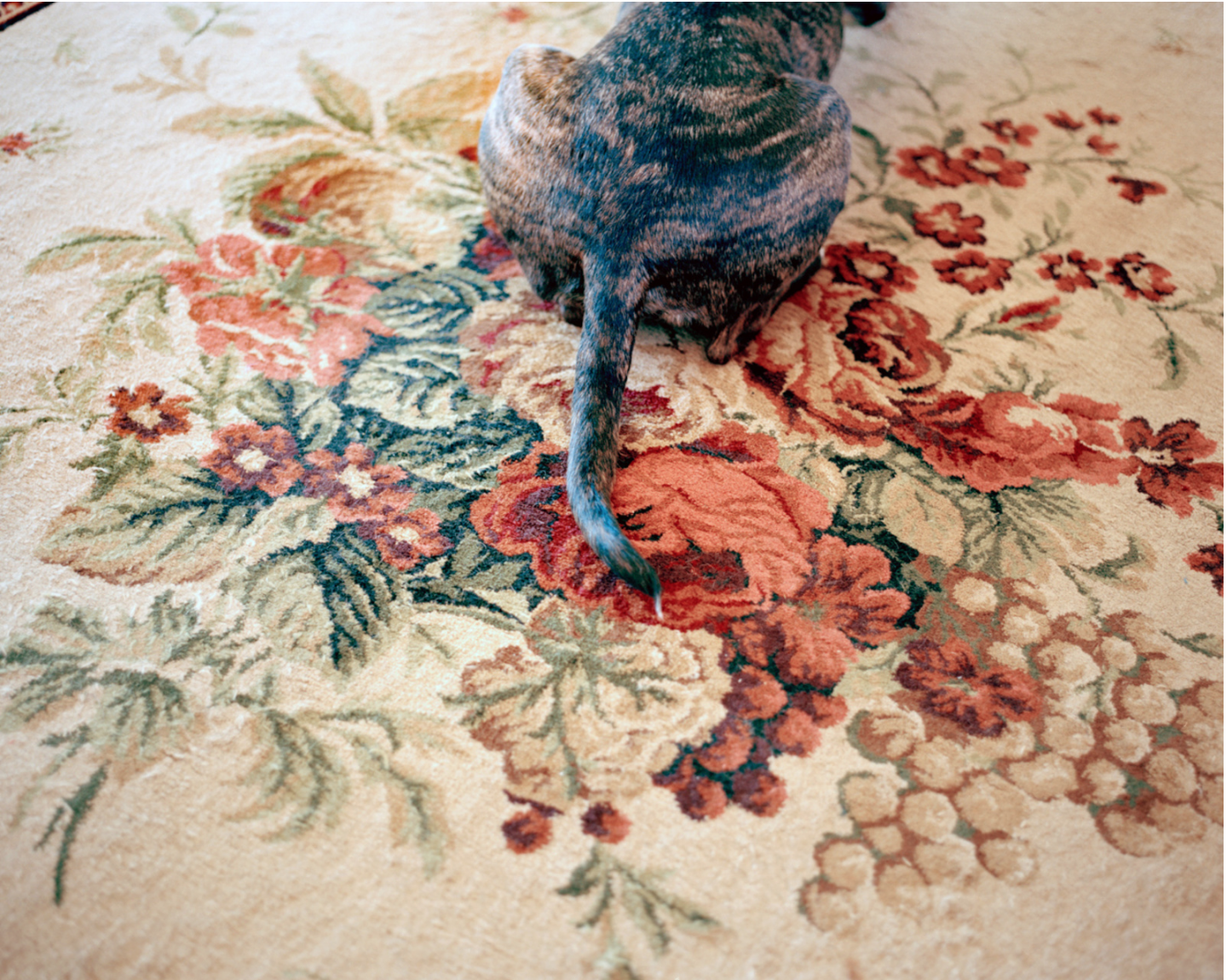 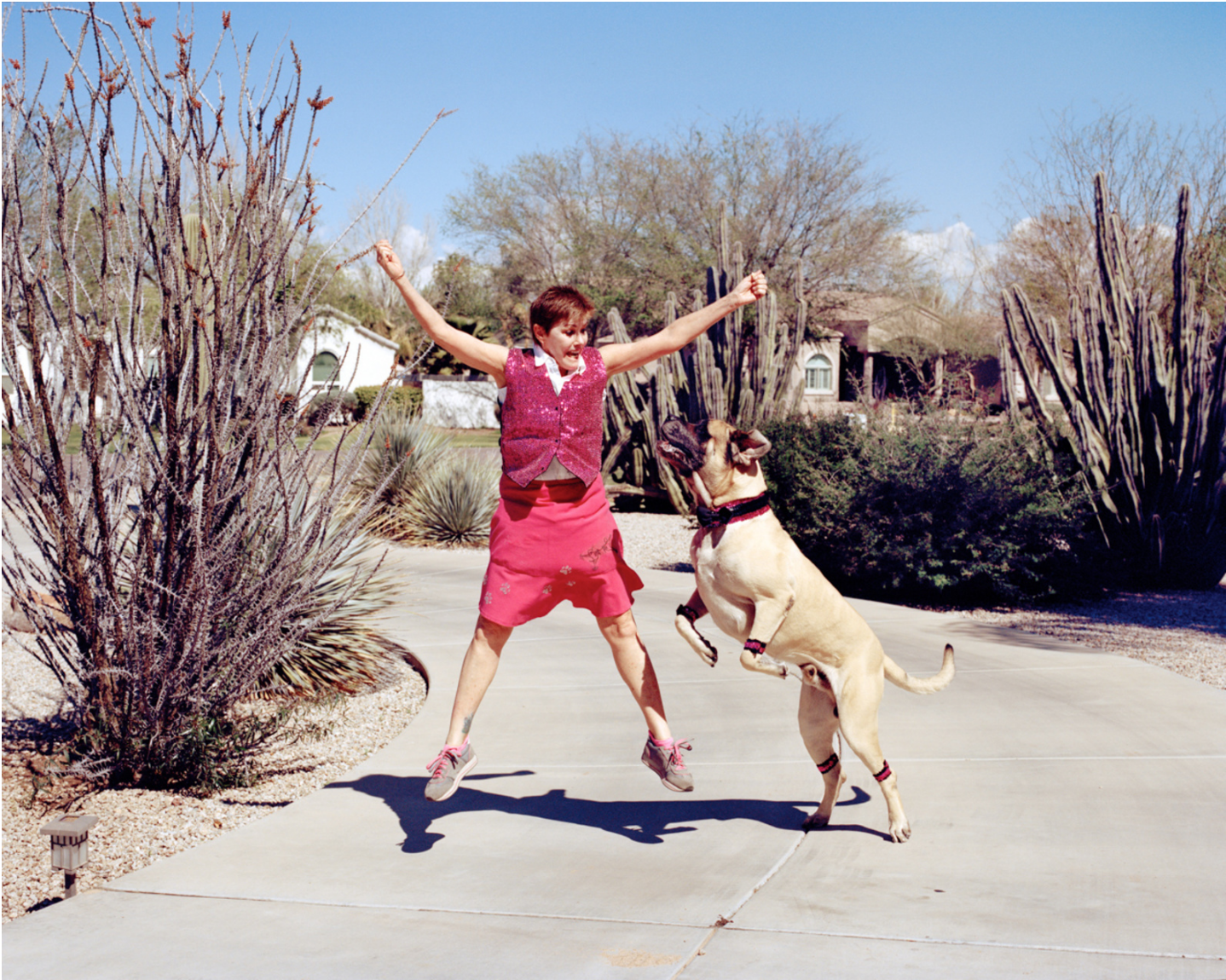 EVERYBODY LOVES TO CHACHACHA: AN INTERVIEW WITH BEGO ANTÓN

Spanish photographer Bego Antón (b. 1983) focuses on the relationship between people and animals – a complicated set of interactions that includes animals that we eat, collect or call pets. In this interview, we talk with Antón about her latest series, Everybody Loves to ChaChaCha, that captures the playful love found within a New York community who spend their spare time dancing with man’s best friend.

How did you first come across people who dance with their dogs?

When I applied for an artist residency in ISCP in New York, my first idea was to do a project about our contradictions with 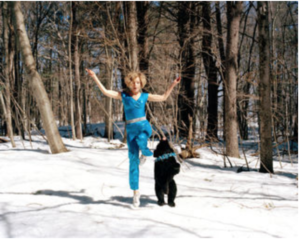 animals, along the lines of how animals have the right to live and we also have the right to eat them. So, I was doing research and I ended up on YouTube watching a video of Carolyn Scott and her dog Rookie dancing to Grease. I just thought, what is this? That’s how I discovered Musical Canine Freestyle as a sport.

So Musical Canine Freestyle is a sport? Is it competitive?

Yes, it’s considered a sport and it’s their main goal to take it to the Olympics, to make it an Olympic sport. They hold different competitions around the country but there are more formats, like they can also record themselves in their gardens and send in a DVD to be judged.

For me, though, the competitions were not the most important part; in fact, I didn’t even attend a competition. They are held in big sports stadiums that are very cold and ugly places. I more wanted to spend time with the women and go to their homes, where there were more clues to their personality. I could also see where and how they train, and could see all the costumes they have.

What kind of costumes do they wear? 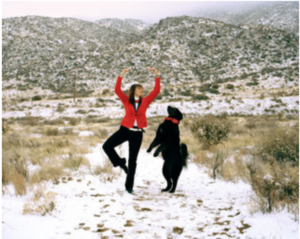 For them, the lyrics of the song they choose are very important, so they dress according to the song. One of the women dances to The Lion King, so both the woman and the dog are dressed like African tribesmen; they take everything into account. Obviously not everyone dresses up, though. I met some who were more discreet and dressed more normally, but it was still important that the woman and the dog were dressed in the same theme or style, sometimes with something as simple as a special collar.

Is it mainly women?

Yes, it is mainly women. There are some men but not many. Perhaps men aren’t so comfortable dancing with their dogs.

What was most interesting for you about the human/dog dancing? 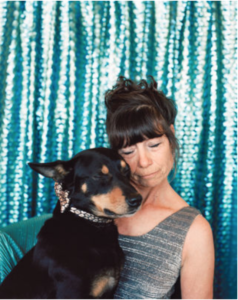 For me, it was most important to see the bond between a woman and her animal. It’s incredible the way they relate to each other and love each other. They create something very hard to find, a relationship between animals and humans, which they call the ‘Pink Bubble’: a moment when they are dancing with their dogs and the rest of the world disappears. It’s just the two of them dancing.

It’s something I would describe as similar to those moments in Disney films where the princess and prince are dancing together and they start to fly. That’s how I imagine it when they describe it, and I had the opportunity to see it with Susan and Ruby. When the bond between them was so strong, it was so special that I had tears in my eyes.

It’s difficult for them to reach that level though, it takes a lot of training.

How competitive are they with each other?

Well, it’s competitive but it’s not a competition. When they compete they are competing with themselves. It’s not like football where men kill each other. Here, if another couple wins, they are happy for each other. There is a real team spirit. Also, there is no money involved, just ribbons and trophies.

You named the project after the cha-cha, but there are probably many different styles of dance? 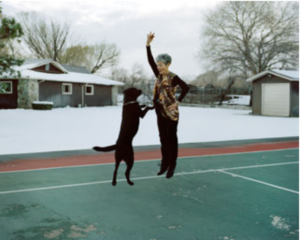 The title comes from a song by Sam Cooke, Everybody Loves to Cha Cha Cha. So, it’s not that they all do the cha-cha but that style can cover all the ways they dance. They need to choose music that they both like. If they try to dance to a song that the dog doesn’t like, she or he will just not dance. Also, they have to choose music they don’t mind dancing to a thousand times when they are training.

They train everywhere, even at the supermarket, every single minute. Even when I had an exhibition in Washington, D.C., some of the women who live nearby came to the opening, and when I was doing a tour, two of the teams started dancing in the middle of the room. For them, it’s like playing, they do it for fun.

Everybody Loves to ChaChaCha was featured in GUP#54, the Playful issue. The series was exhibited at PHotoEspaña 2017.