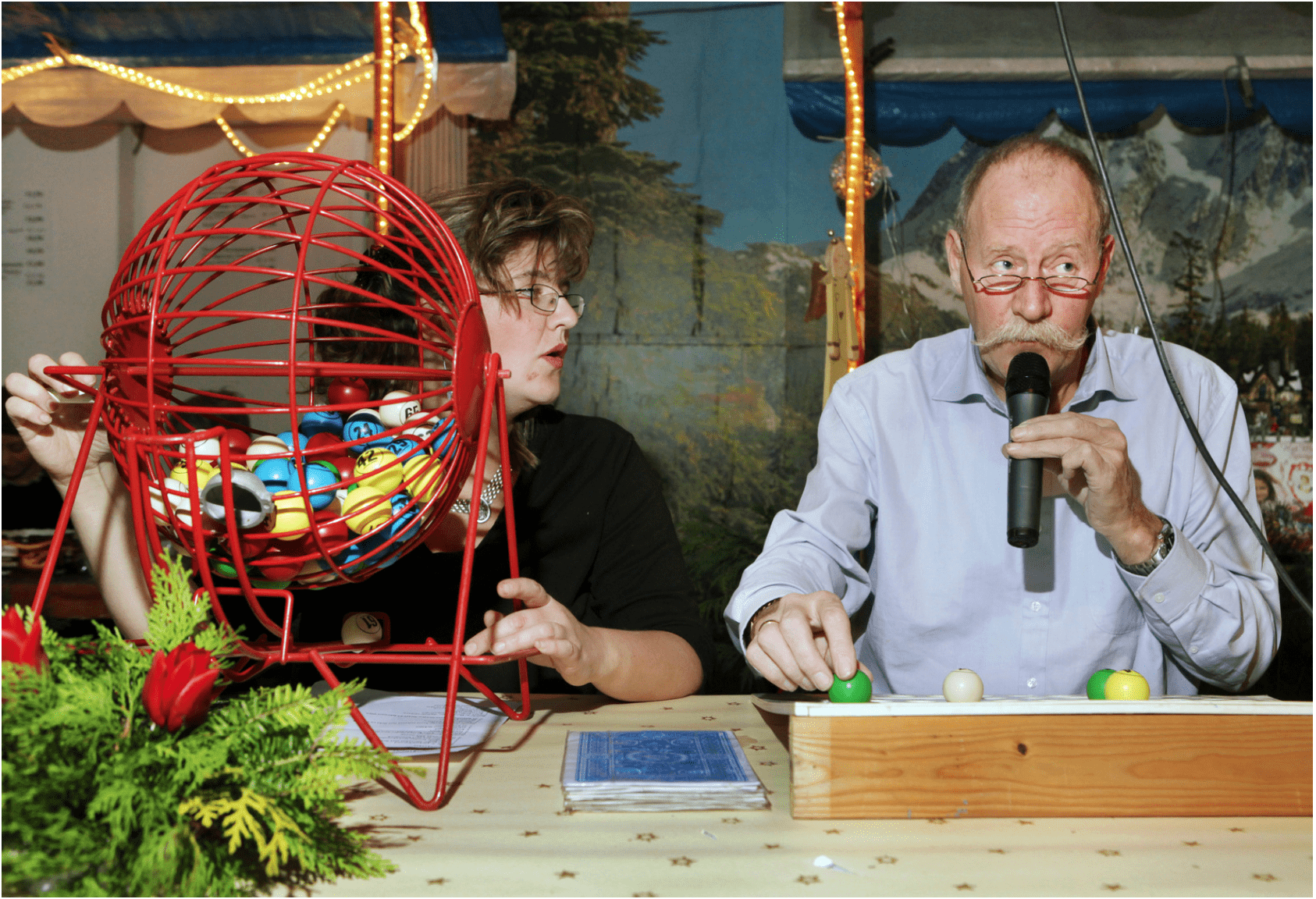 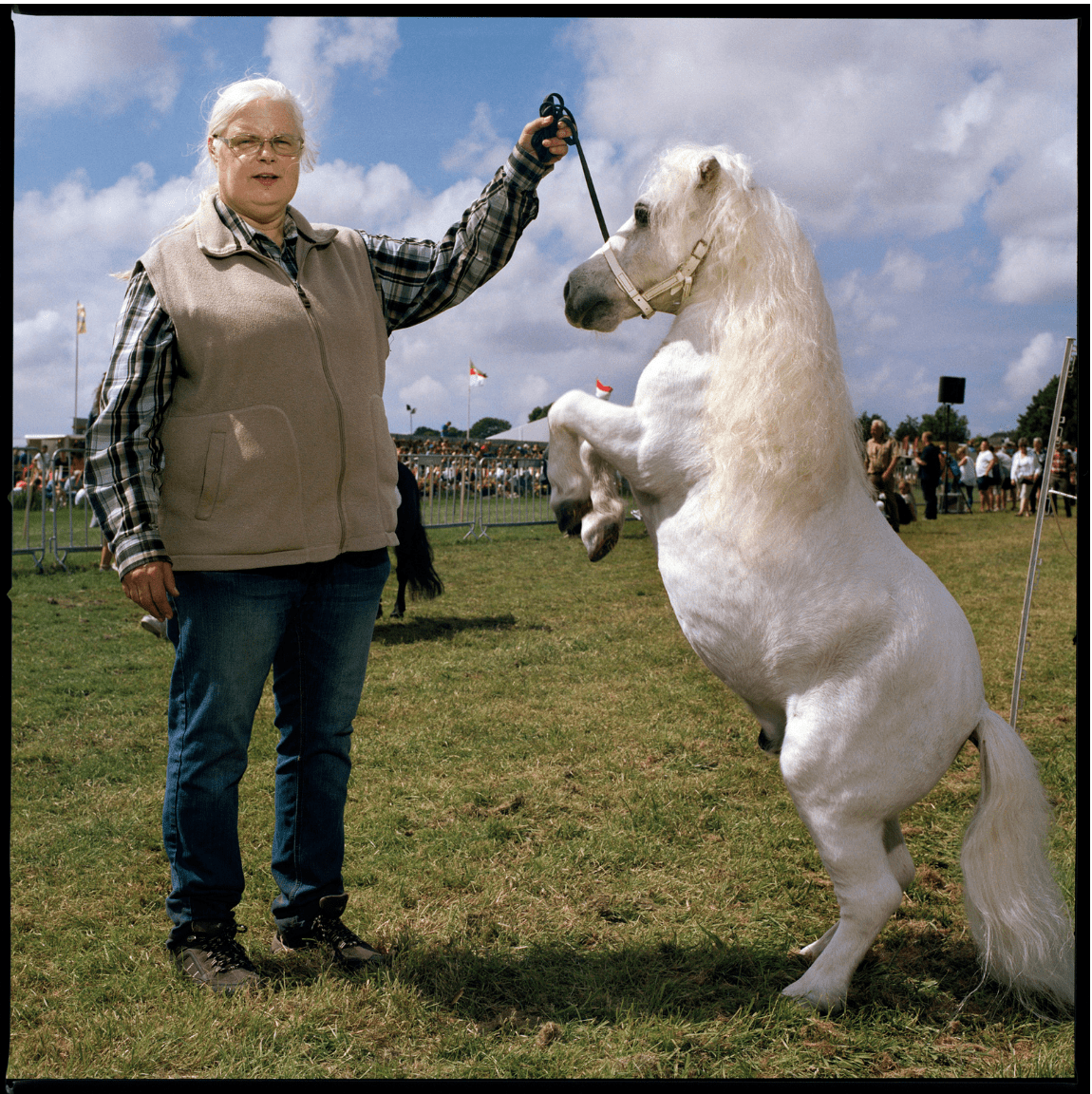 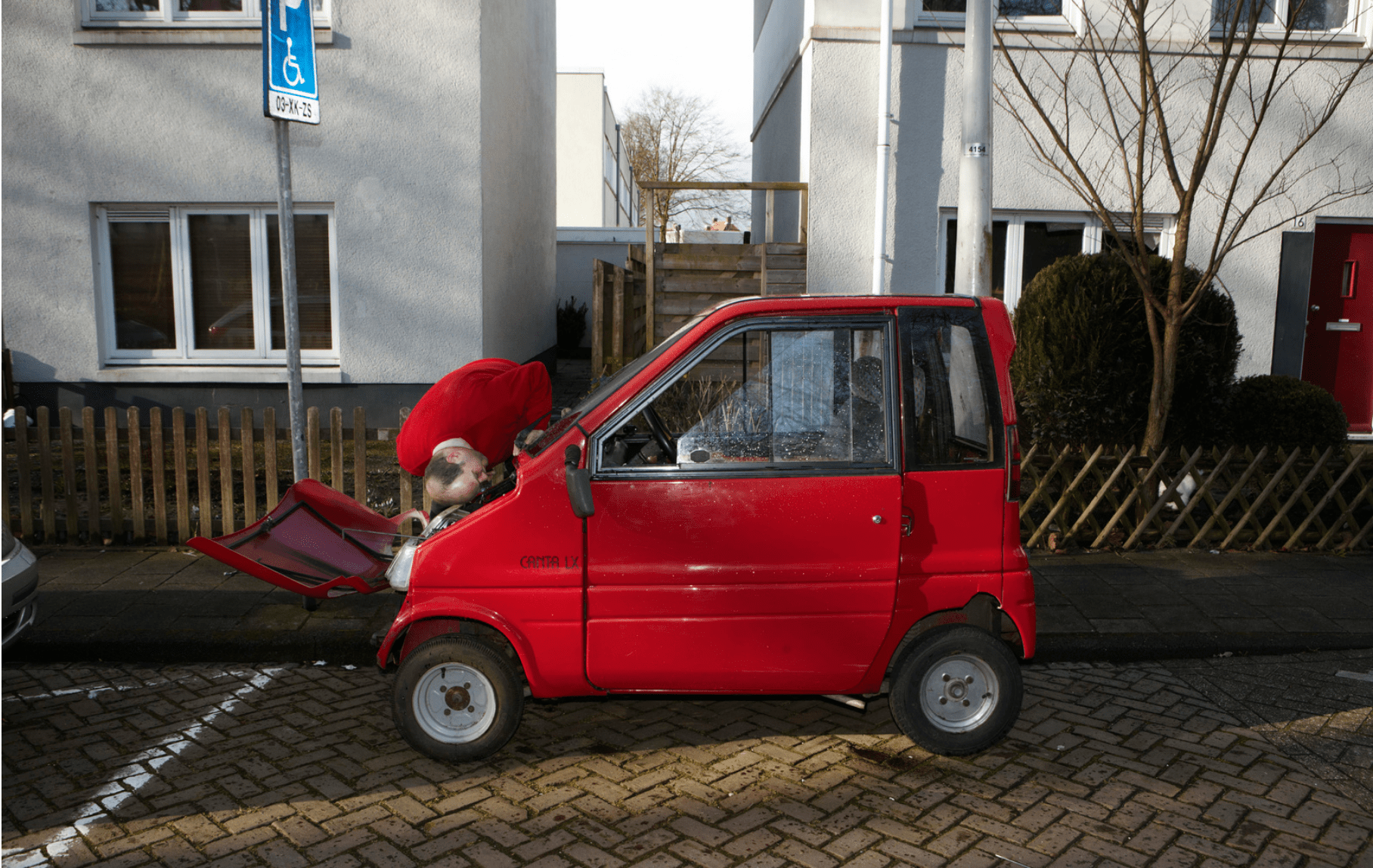 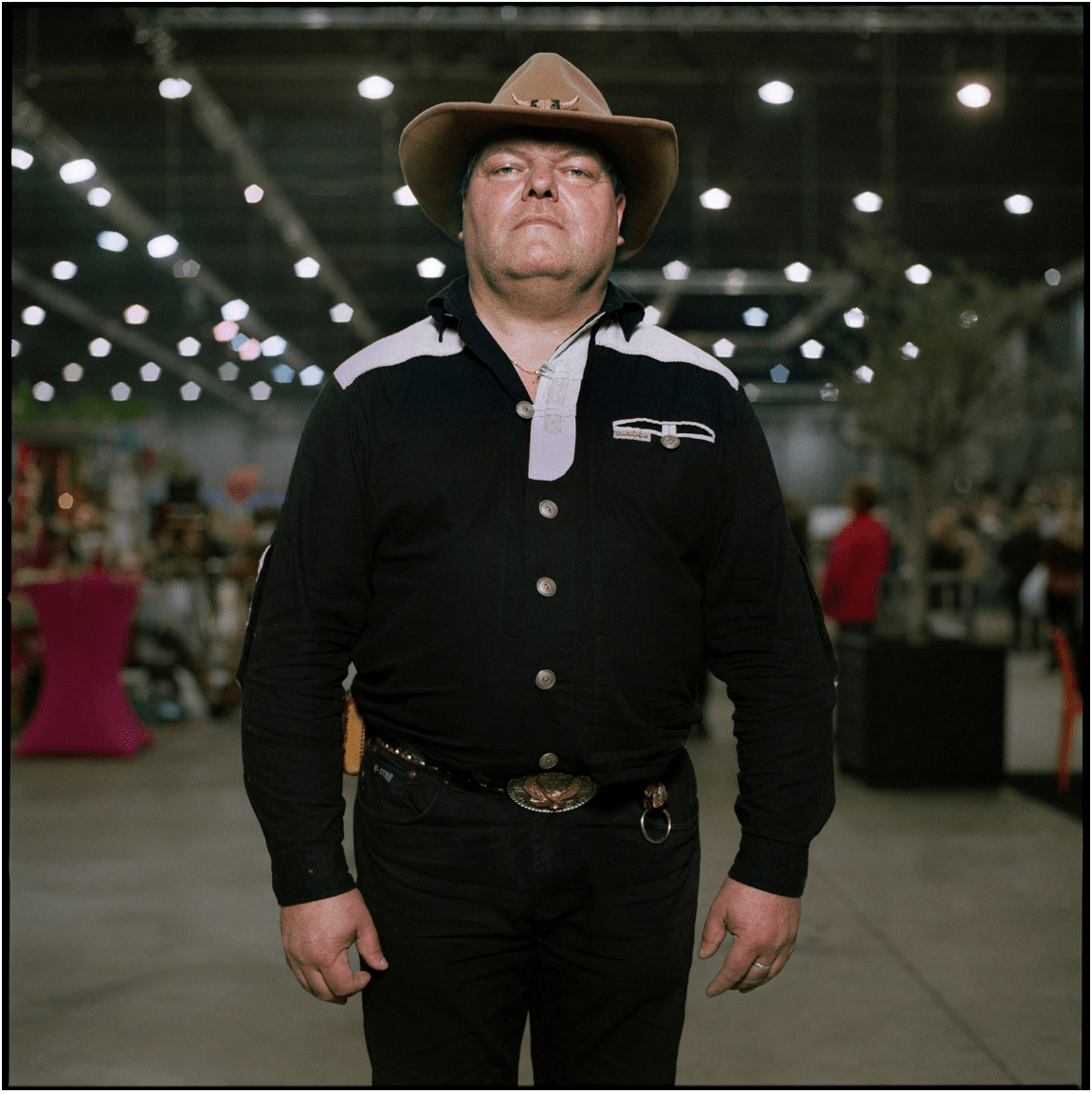 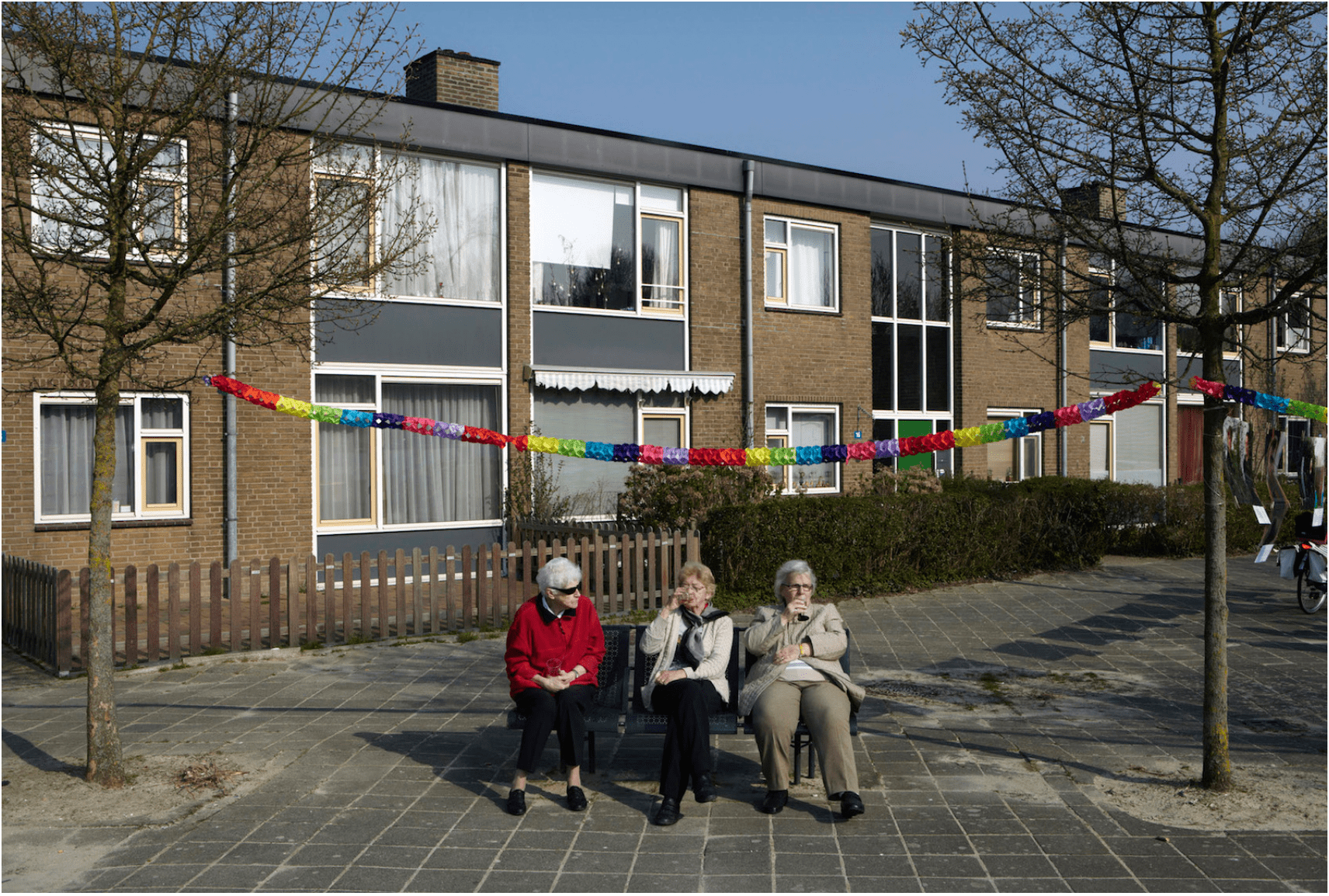 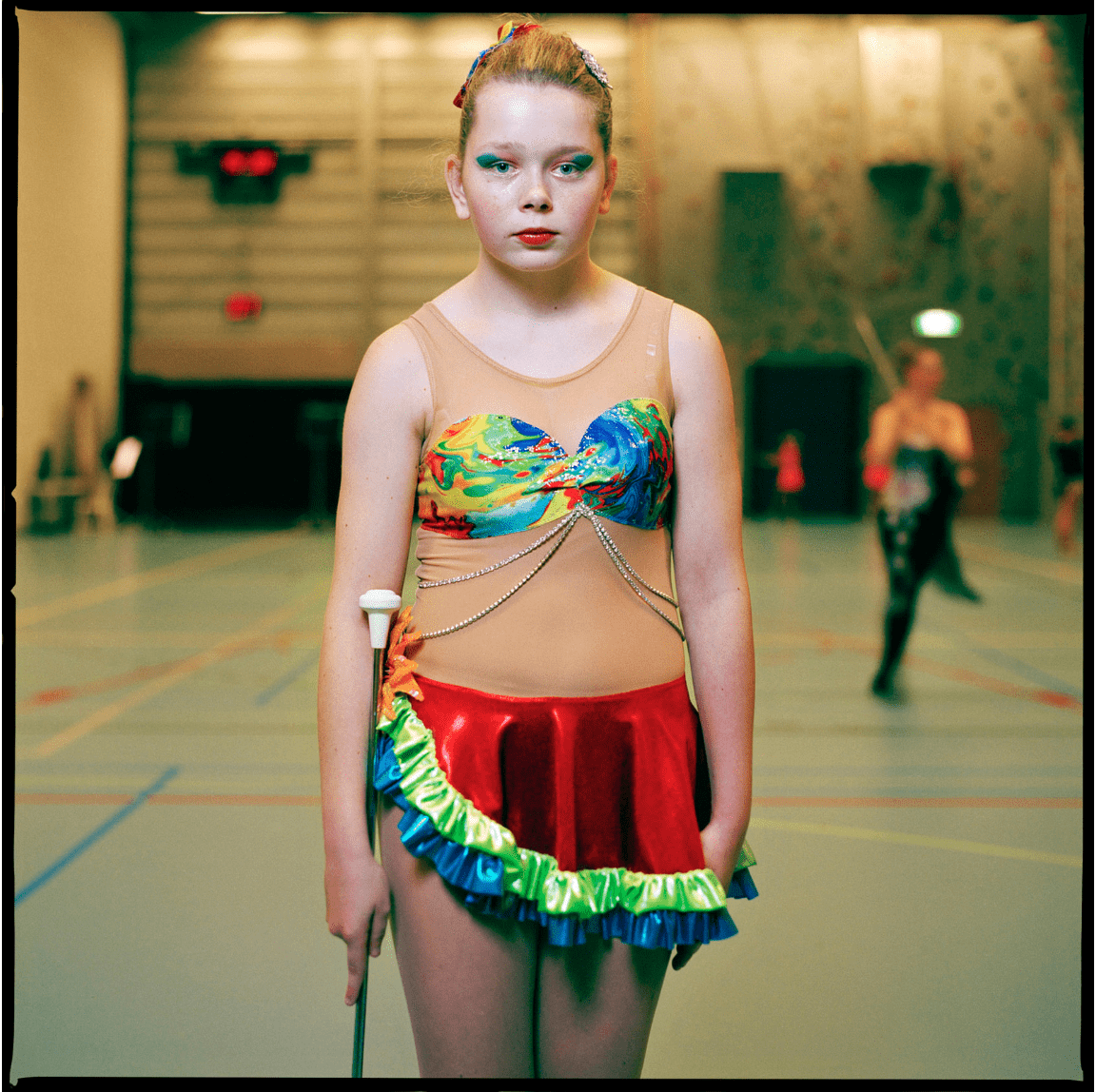 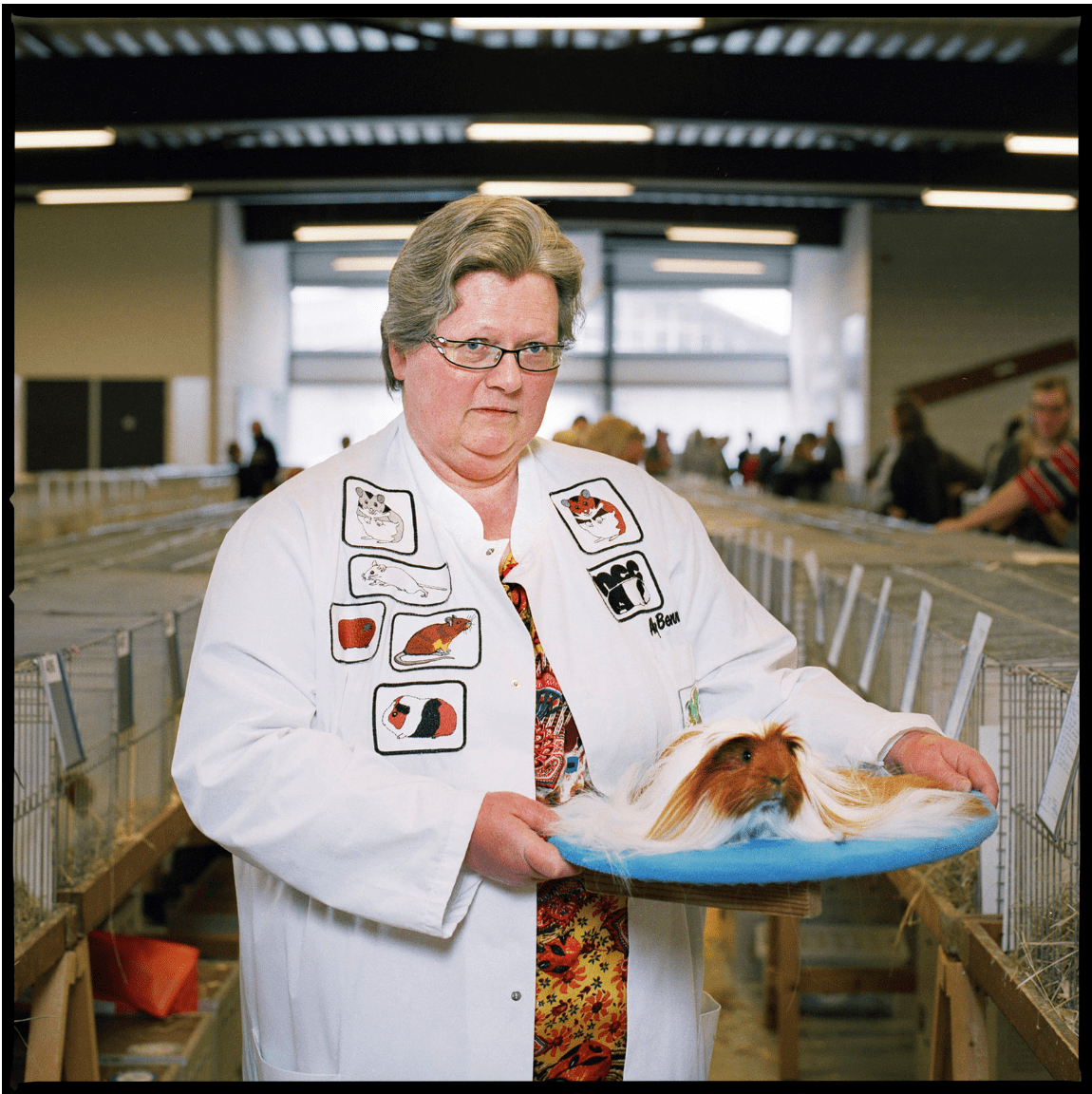 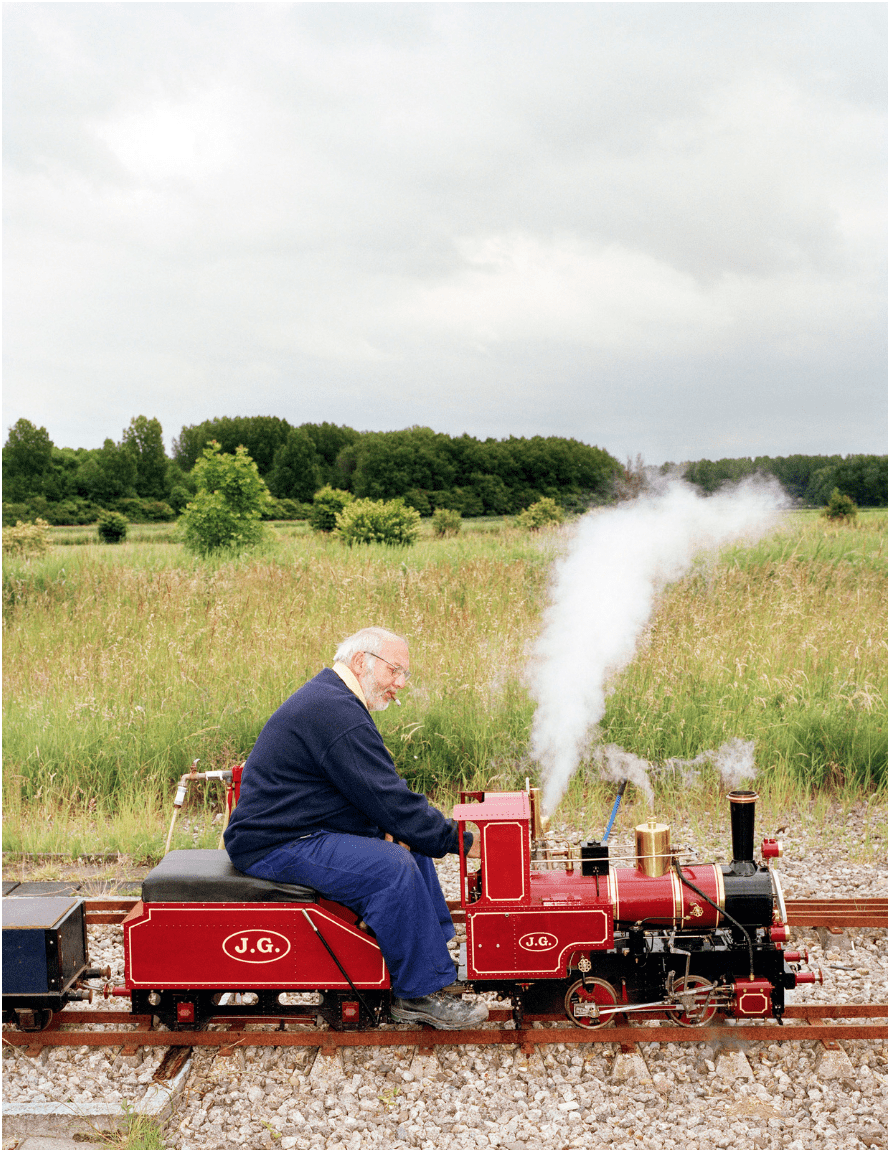 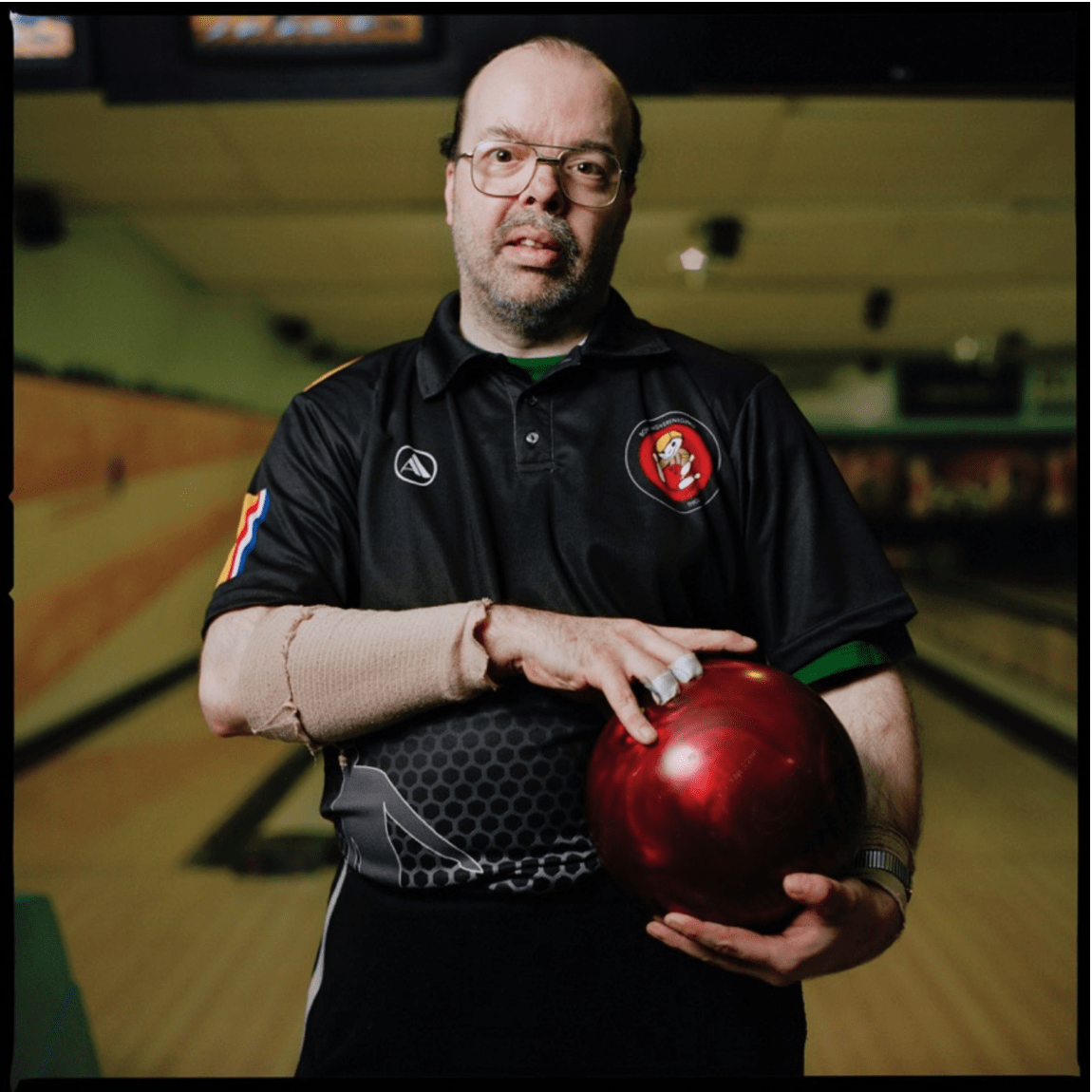 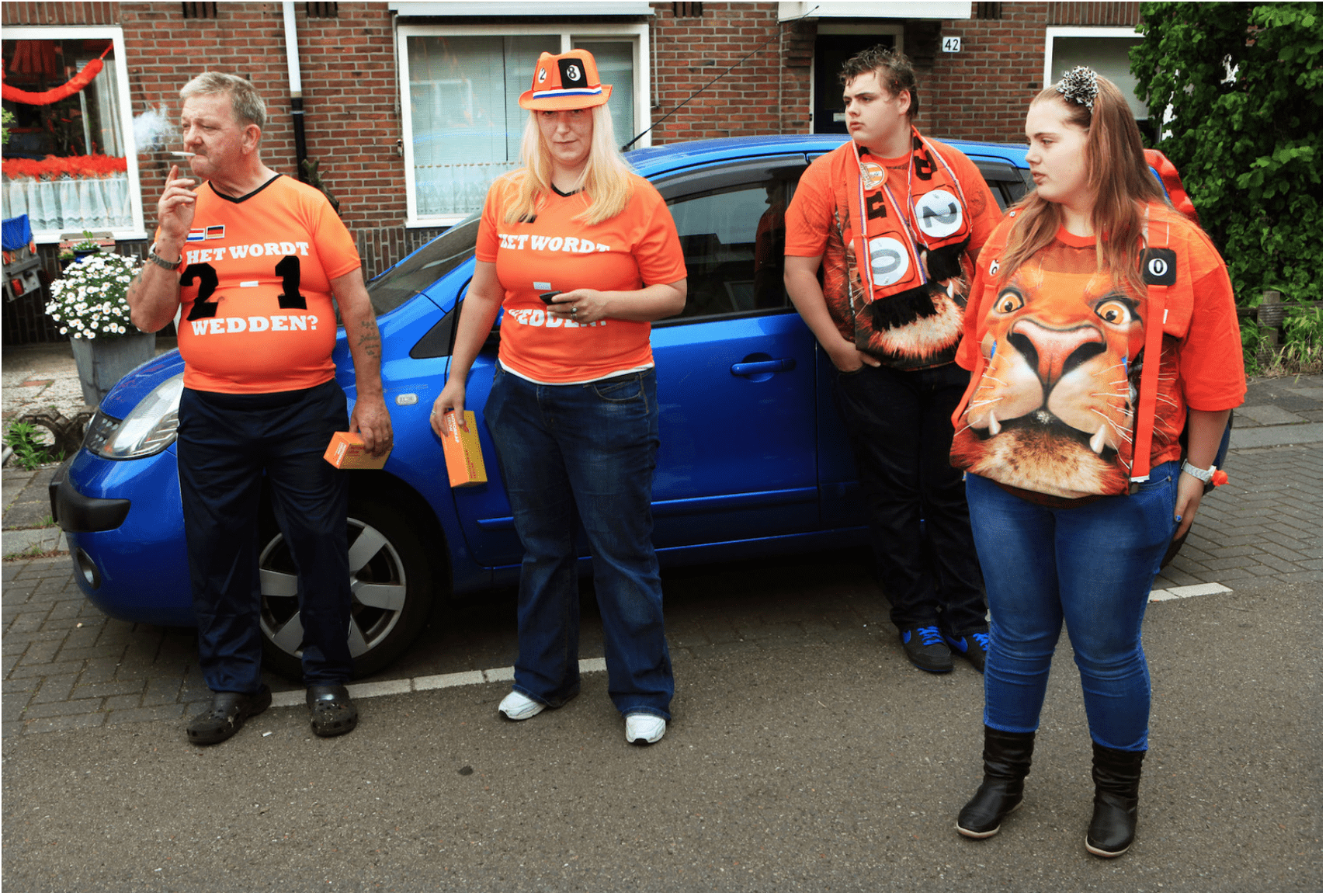 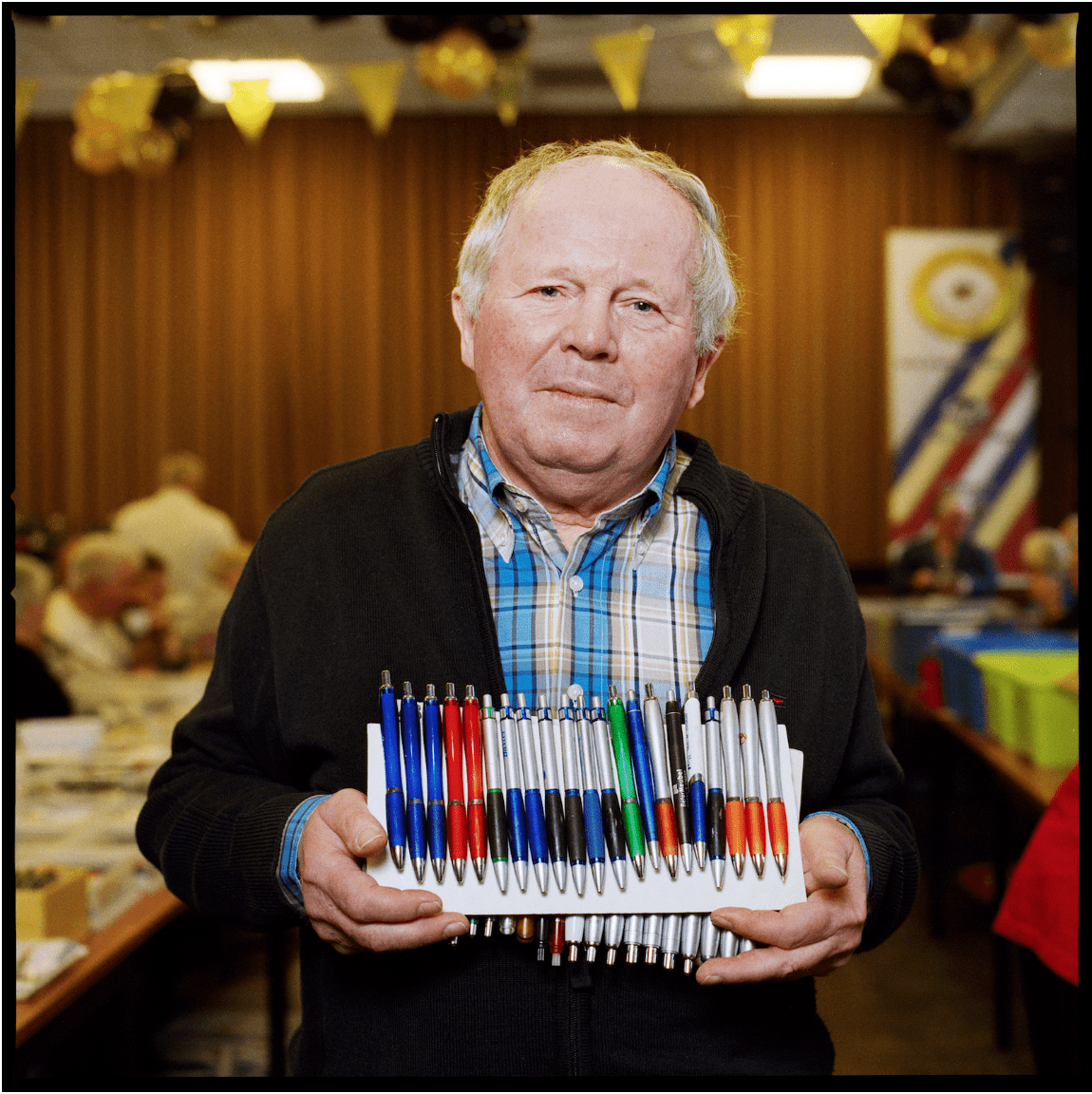 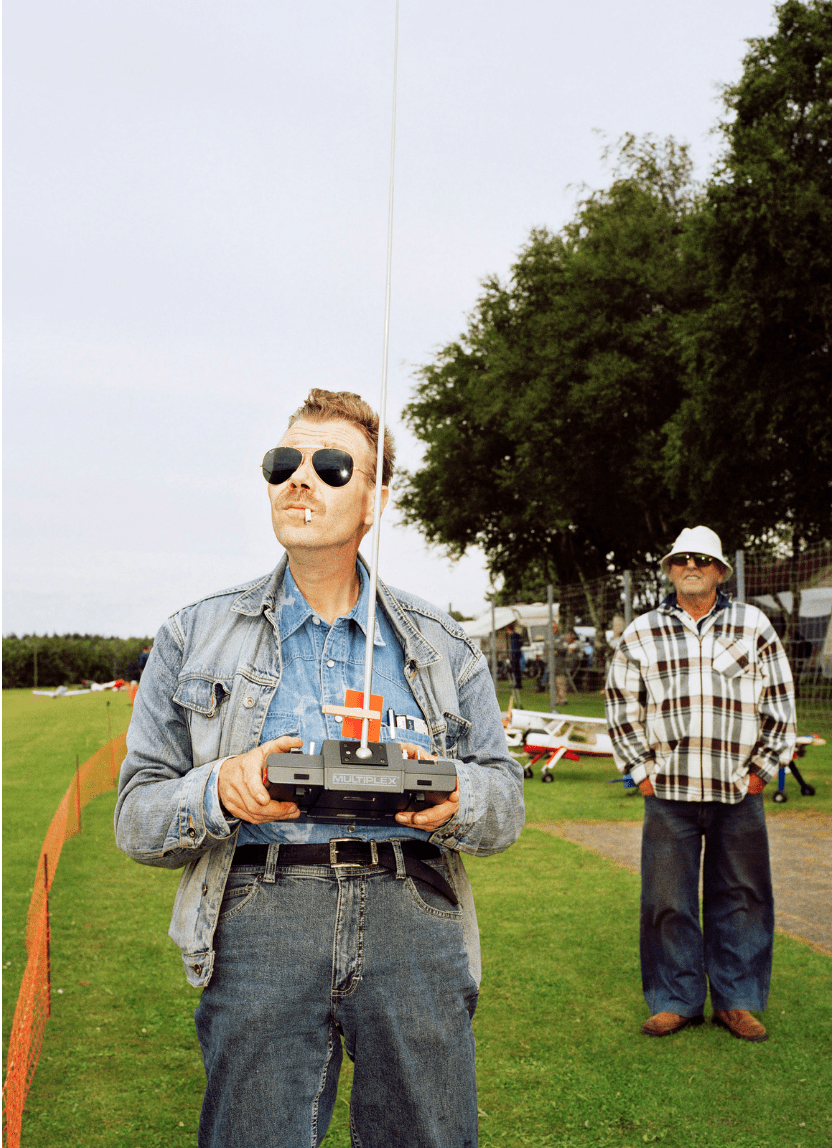 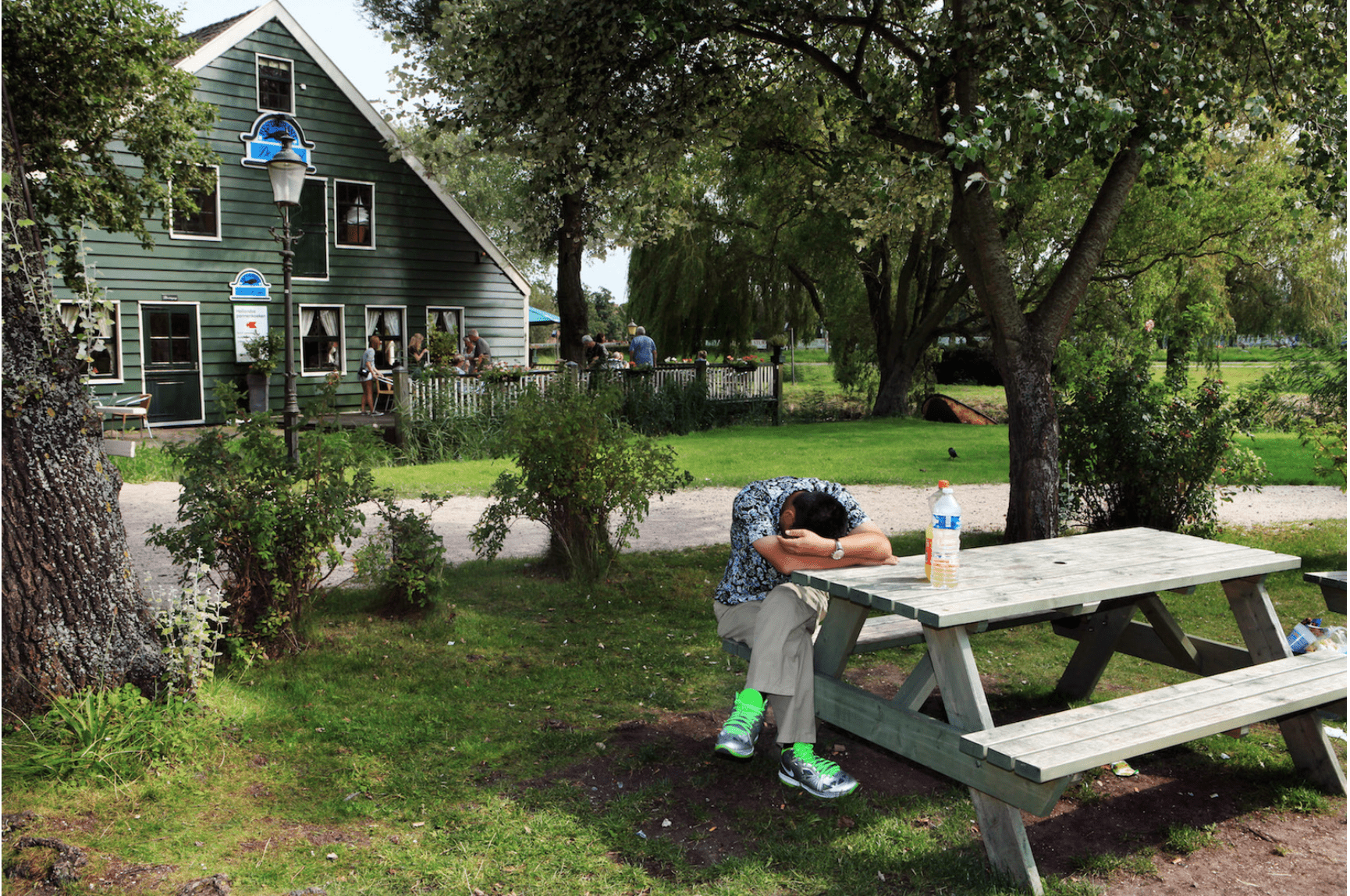 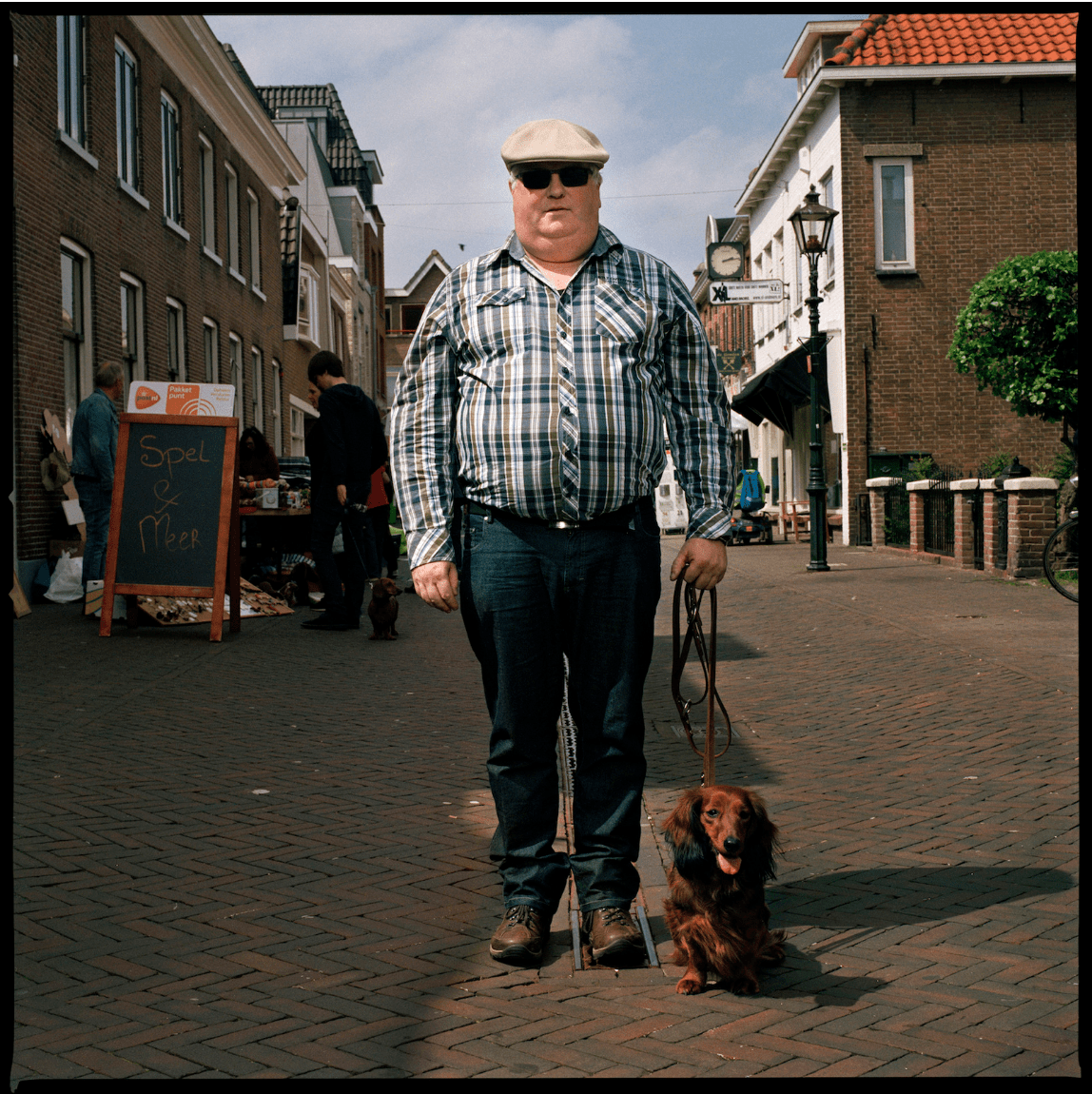 Jan Dirk van der Burg (1978, The Netherlands) was recently appointed ‘Fotograaf des Vaderlands’ (Photographer of the Nation). He is the ambassador of photography in the Netherlands for a year, which makes sense, seeing that he is a photographer of very Dutch phenomena. For #enjoylife (2017) he interviewed and portrayed everyday people and their hobbies; in Yesterday’s Youth (2017) he documented a club of philatelists, and in Morning Glory (2016) he combined pictures of brothels and swingers clubs at dawn with reviews of disappointed customers on a prostitution consumer site.

Van der Burg’s claim to fame was Desire Lines in 2011, where he documented shortcuts created by people looking for the shortest way from A to B in the otherwise very organised Dutch public space. Nowadays, he quite often doesn’t photograph anymore, collecting imagery from social media instead. GUP talked to Van der Burg for the introduction to New Dutch Photography Talent 2019.

Hello Jan Dirk, can you tell us about yourself and what you do? What influenced you when you started out as a photographer?

I came from a background in journalism: I wanted to be a writing journalist. In the 3rd year of that education I bought my own camera and decided to go to the art academy instead. At the Royal Academy of Fine Arts (KABK) in The Hague, I realised that in photography, the sky is the limit, but everything has already been done. I was stuck, and the real turning point came only three months before graduation in 2004, when I decided to start photographing office life. I was already a fan of photographers of everyday life like Martin Parr and Hans van der Meer. In a circle of 1 kilometer around the academy there are lots of ministries and offices, where I photographed everyday life, the classic life where time stood still, where it looked like it was still the 1980s. But it was 2004.

When the people I portrayed came to see my graduation show, they were astonished, because they thought they weren’t worthy of being photographed. “This is daily life, what’s so special about it? Why don’t you travel abroad?” Then I realised this would be my direction: to show people what they see every day, but shift it to a different perspective.

At the academy, you were constantly stimulated to ask yourself: what kind of idea do I have and is photography the best tool to use for telling my story? I wanted to capture the peculiar behavior of humankind. At first I used my camera for this, but I now find my subject in a different place: social media, and I capture it on my laptop. It’s the same documentary approach but with the different tools that this project requires.

Many artists nowadays react to the current image culture of endlessly shooting and sharing. Many of them seem to be scared of it, but you fully embrace it. What kind of value do you see in amateur photos?

The great thing about amateur photographers is that they just take a picture of something they’re apparently interested in, but they don’t do it from a storytelling perspective. Photographers like me are trained in noticing certain things and showing these phenomena from a helicopter’s view, making their own story out of a collection of amateur images.

When I get asked “now that everybody has a good camera, aren’t you afraid about what is left for you as a photographer?”, I just say: a 3 Michelin star chef also has the same equipment as every hobby cook. It’s about what you do with the material. Amateurs don’t have the ambition to approach galleries or newspapers. You could say there is more competition due to the availability of cameras, but I don’t see it that way. From a creative point of view, I’m even very positive about this age.