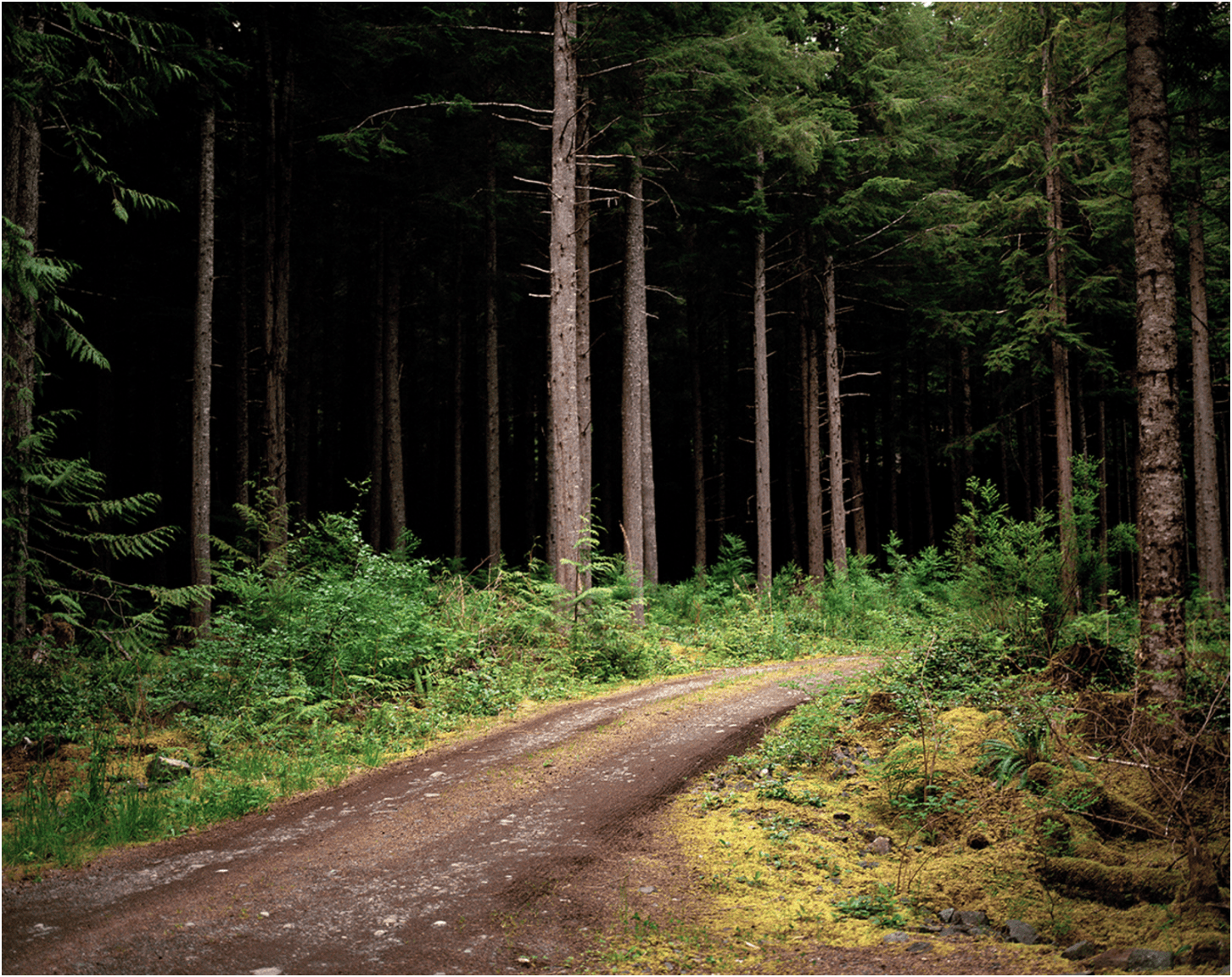 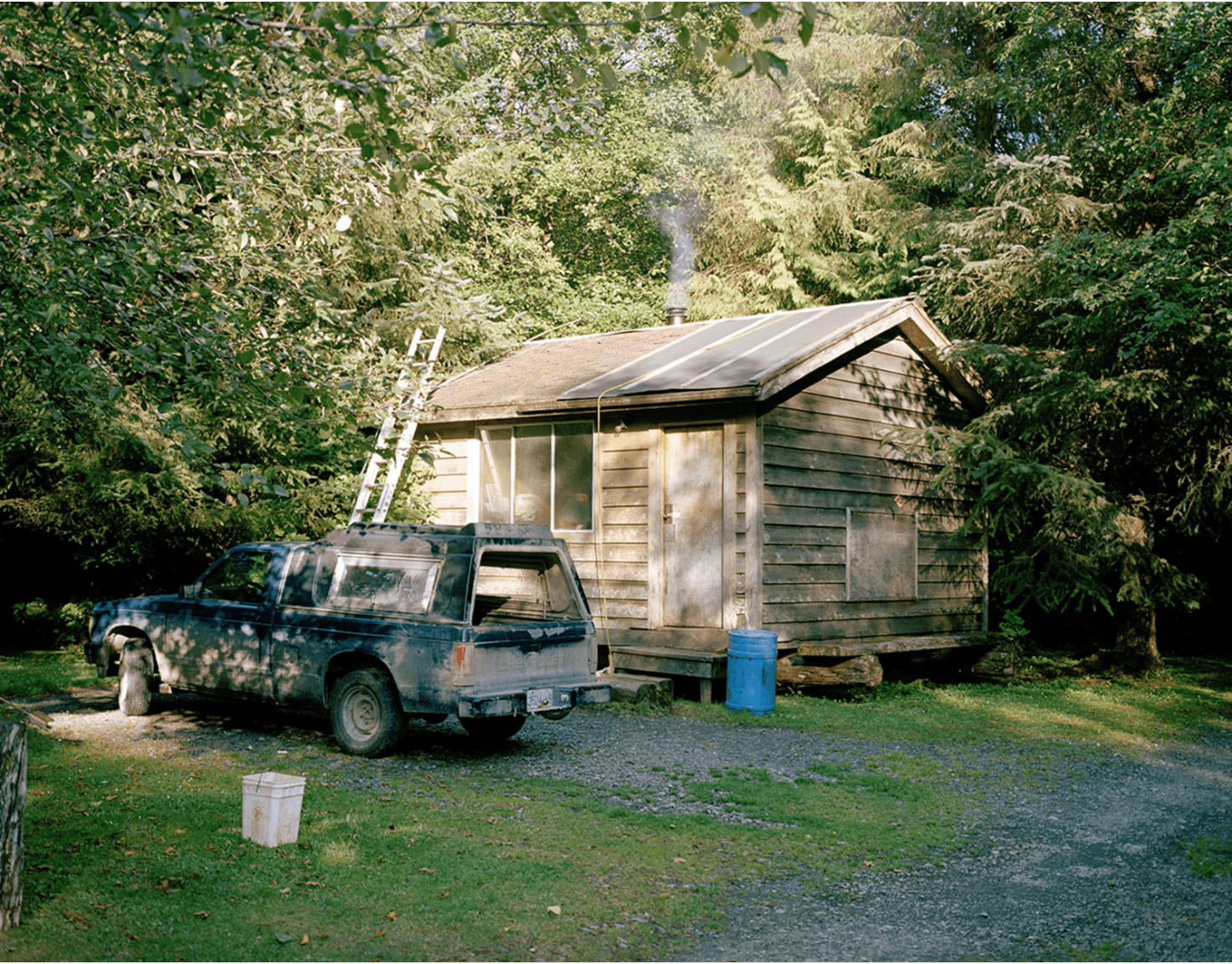 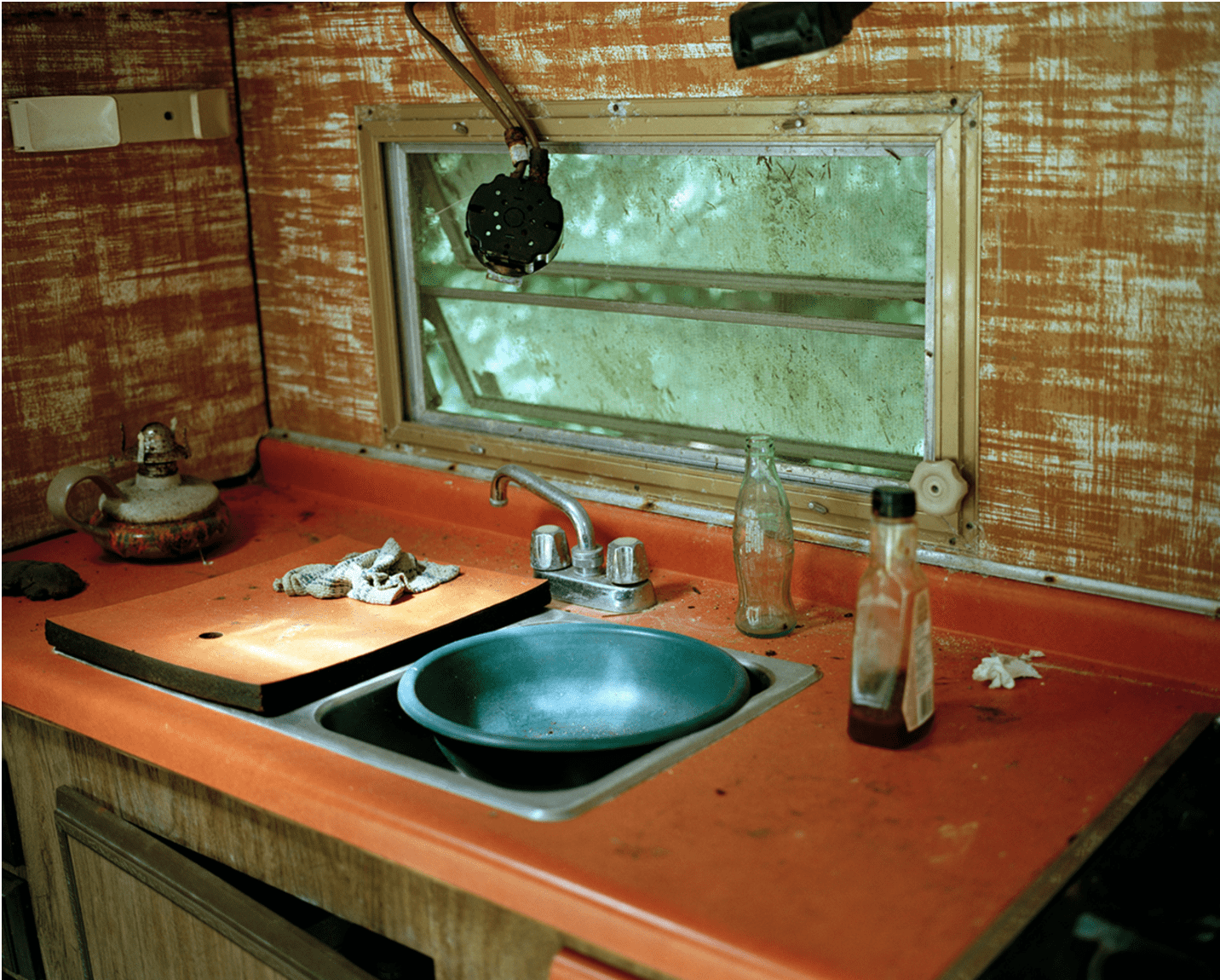 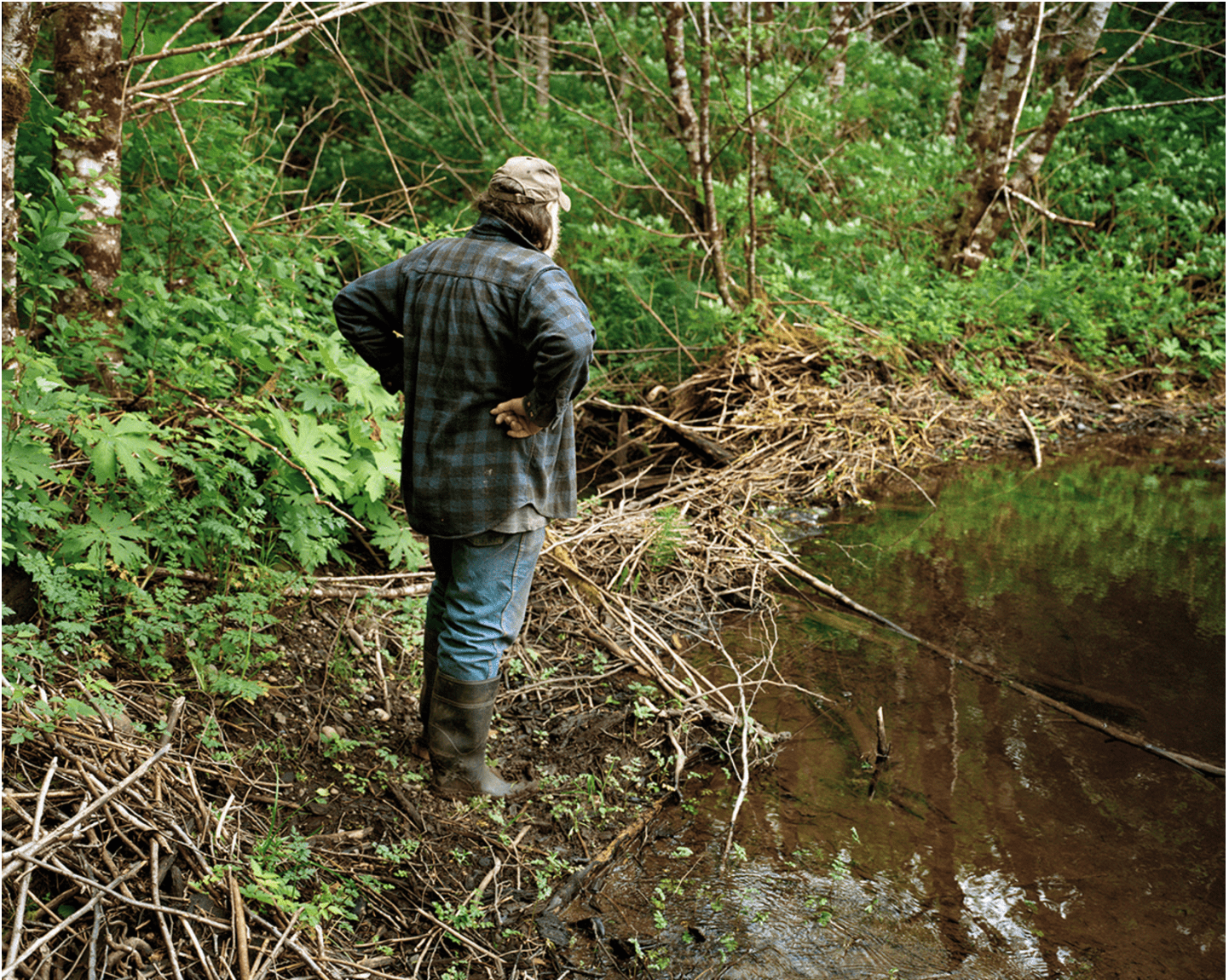 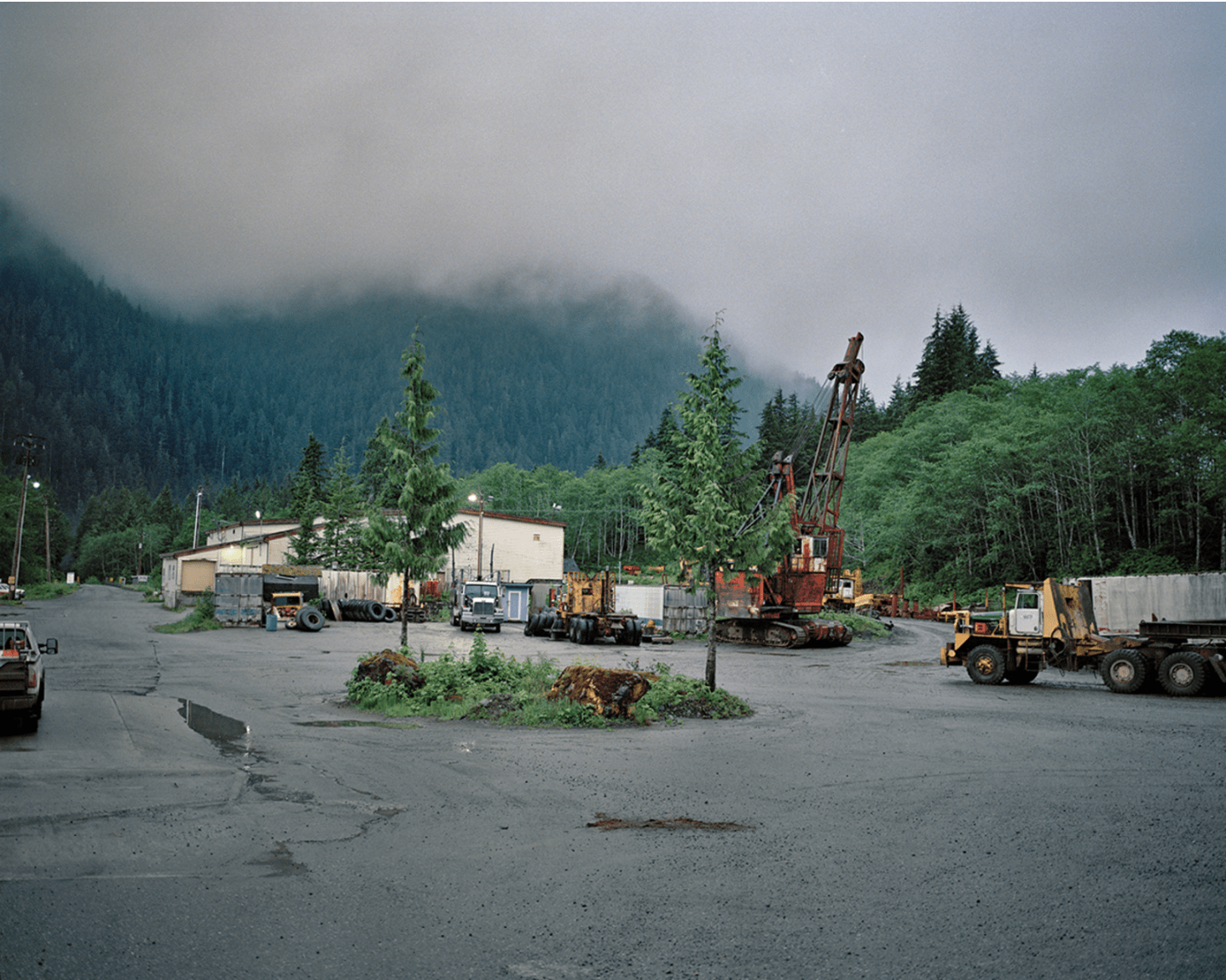 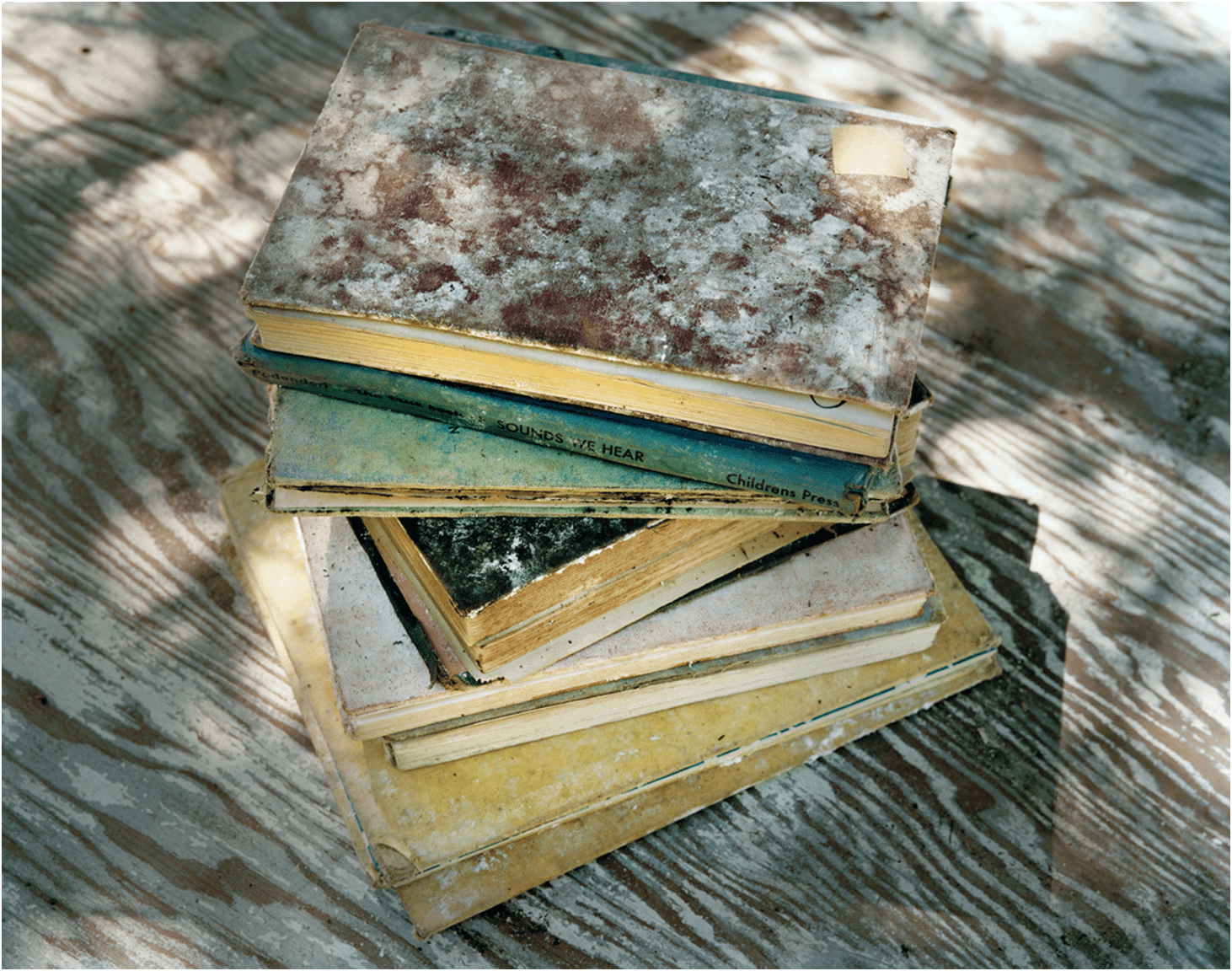 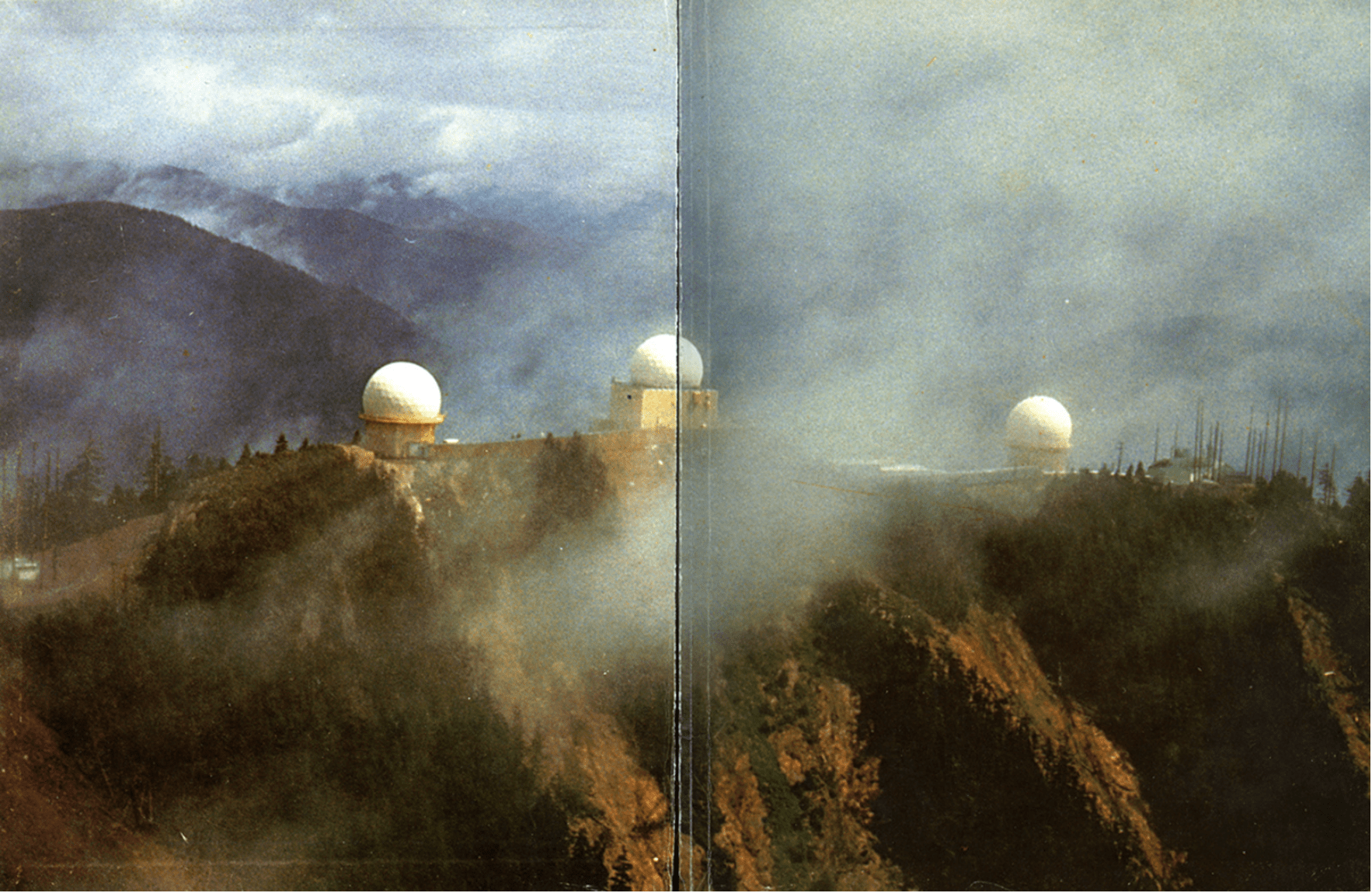 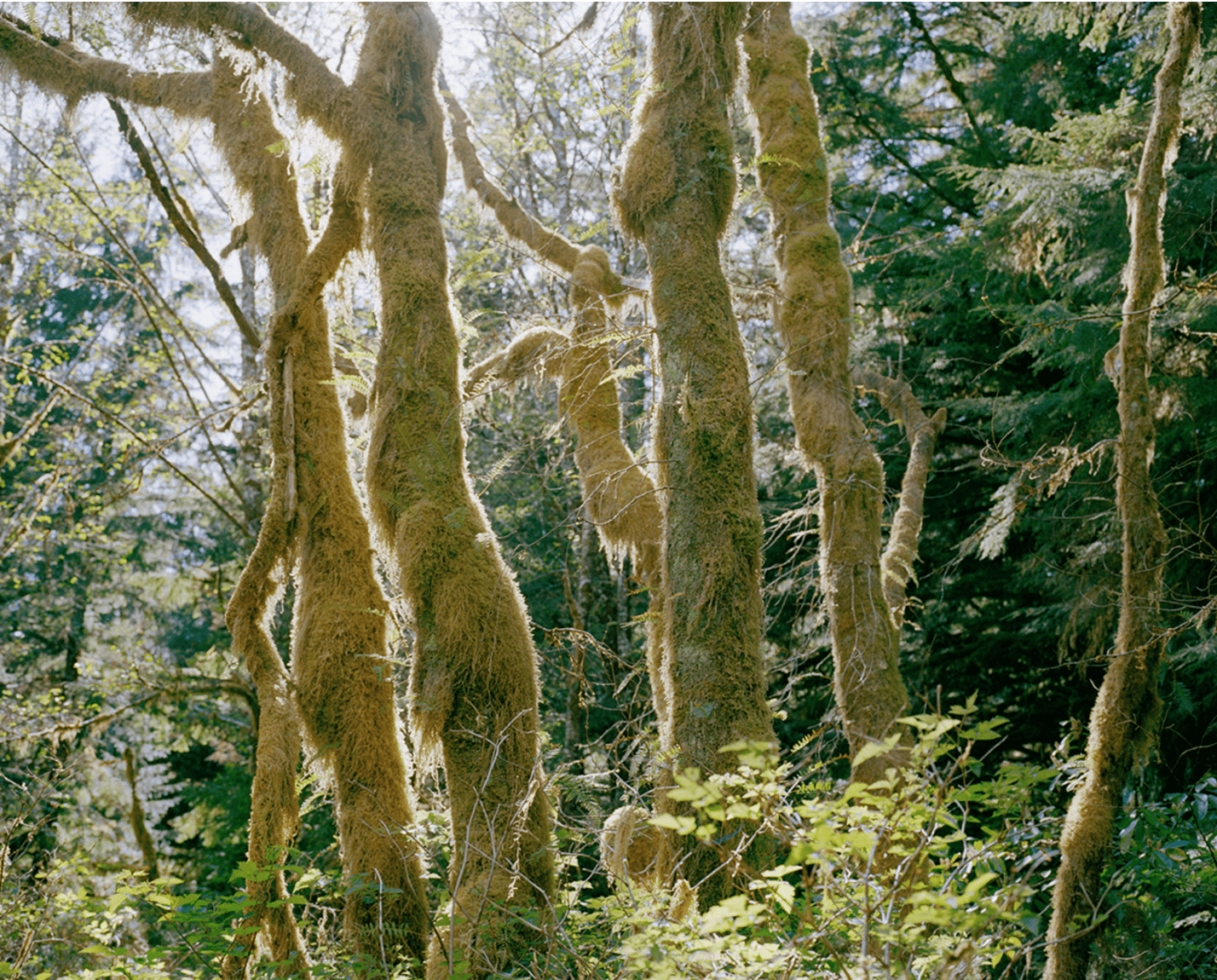 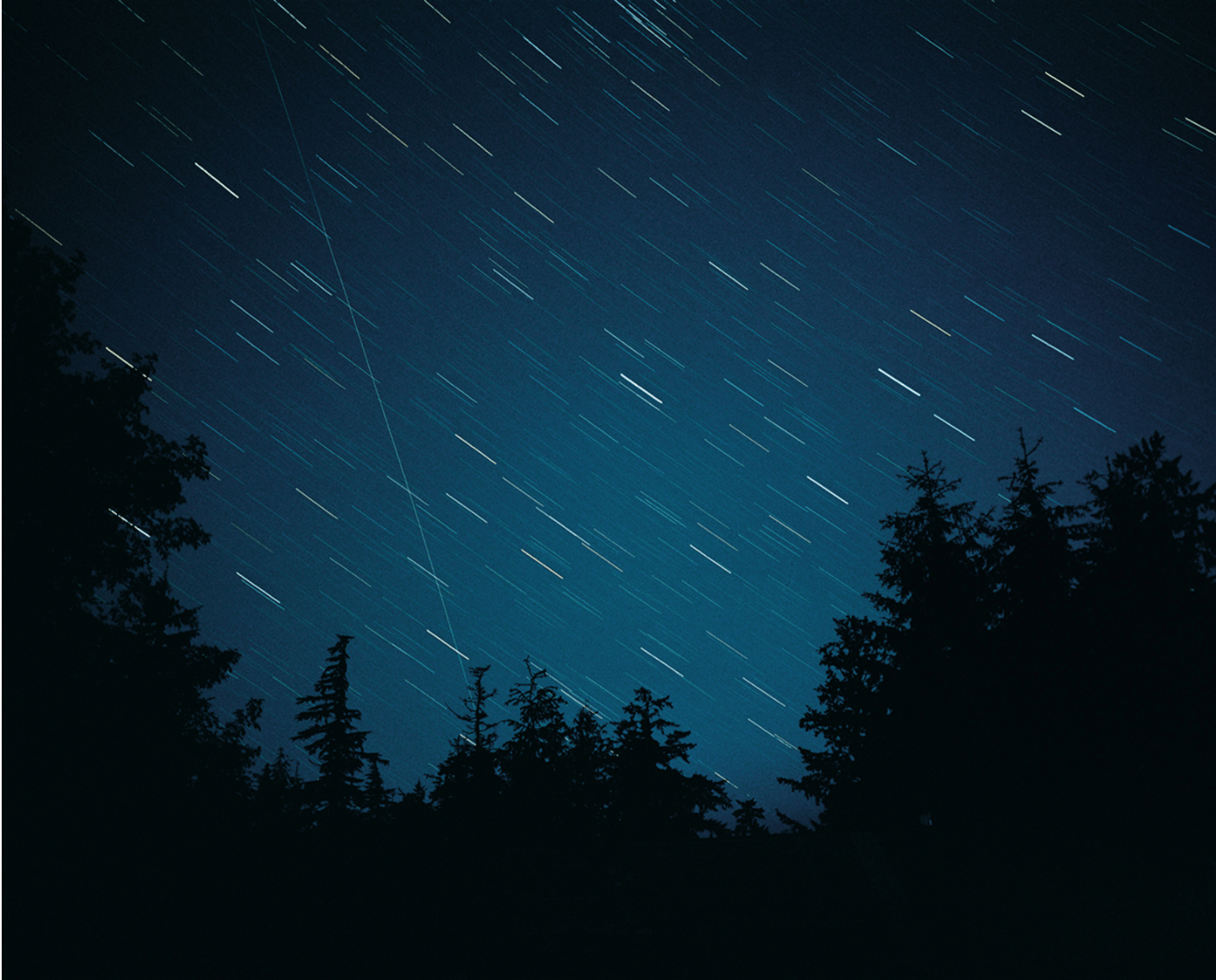 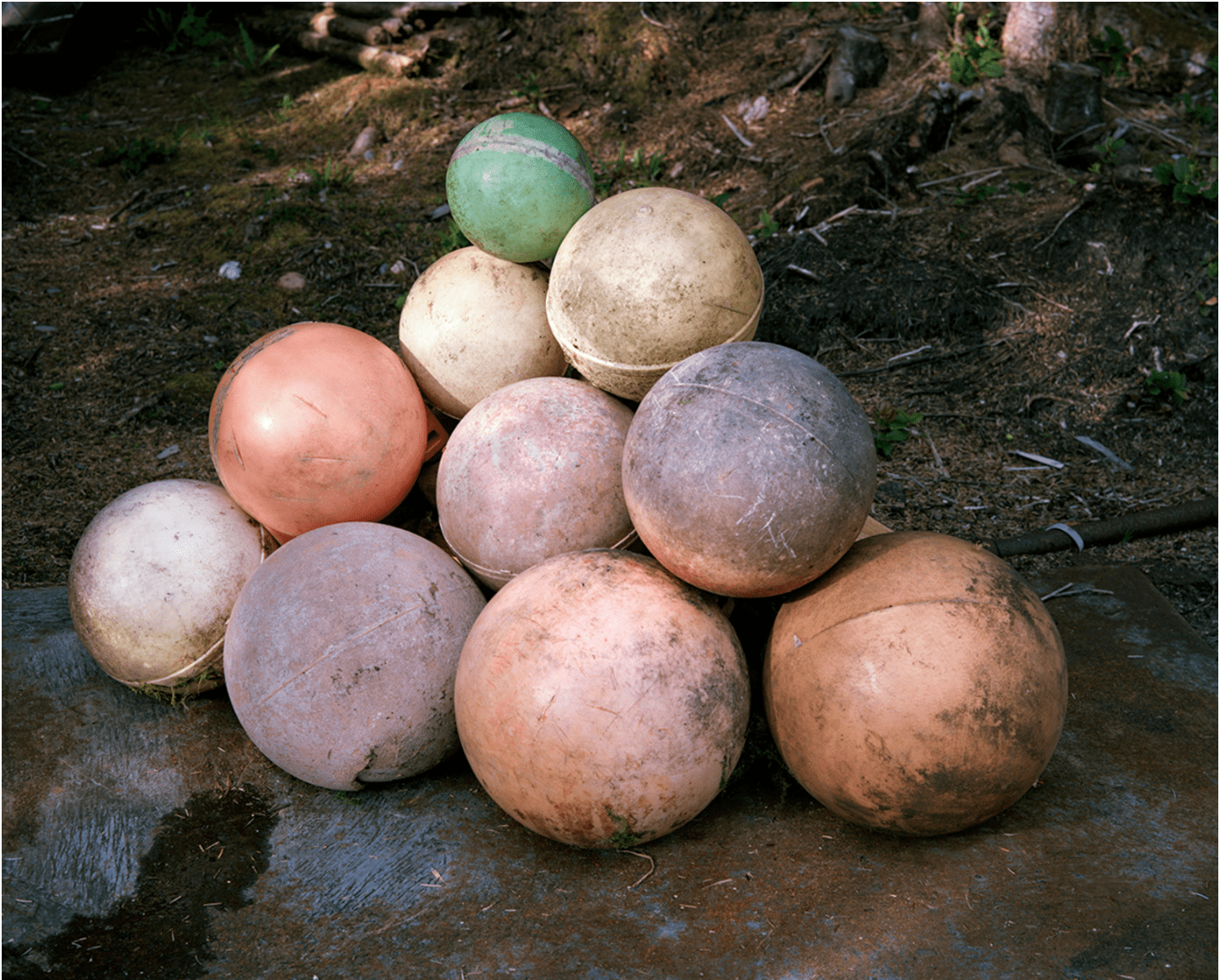 Karianne Bueno (1979, the Netherlands) isn’t simply a photographer. She is a storyteller, using both visual and written language to conduct her projects. One of the recurring themes in her work is life outside of society. Her latest photobook Doug’s Cabin, featured in GUP #61, tells a story of a man living alone in the forests of Vancouver Island for more than 47 years. GUP spoke to Bueno to find out about her work process, daily inspirations, and future plans.

Can you tell us about your project, Doug’s Cabin? How did the idea come to life?

I met Doug accidentally on a trip in 2010 through the US and Canada. My boyfriend and I had been travelling through the Pacific rainforest for some weeks and were craving to see something different than trees. We had a day and a night left before we’d take the ferry in Port Hardy and read the tiny chapter on San Josef beach in our Lonely Planet. We followed the directions but, after a few hours of driving bumpy logging roads, we ended up in an empty parking lot, still in the middle of the forest. The only thing there was a trailhead for a 10-day backpacking trip, something we weren’t equipped to do. We drove back a little until we saw the sign for San Josef Heritage Park and Campground. We figured we’d spend the night there, then. Doug was there. He showed us a shortcut through the forest to the beach, which is only about an hour walk. He was kind and shy. He liked photography and I gave him my Asper book, which I had published only shortly before. We promised to send him a postcard from home – he collected postcards from his guests.

I bought one as soon as we got home a couple of months later. Only then I found out I had lost his address somewhere along the trip. Two years later I still couldn’t get him out of my mind. I have always dreamed to live away from society and here was someone who actually did that. I wanted to see what it was like, so I tracked Doug down and asked if it was OK for me to take photographs of his place. He never answered that question, but he kept emailing me back, so I took it as a yes.

When I visited him in May 2013 he didn’t want to talk about his present life. Instead, he told stories of a nearby military radar base that I didn’t quite understand. I could see they were very important to him, his eyes lit up when he spoke and everything he owns seemed to have some relation with this rather intriguing history. I then realized the suggestive personal project about living alone in the forest that I had in mind wouldn’t be enough for me anymore. I wanted to understand Doug’s fate, and do justice to who he is as a person. For that, I felt I needed to research the history so dear to him and somehow include it in my story.

After another visit and a couple of years of being tangled up in stories about San Josef that all seemed to connect to Doug, I finally made the mosaic-like book it became, with both my own experiences, Doug’s life and the history of his place interweaved.

Time is an important element in all of my projects.”

Do solitude and remote living play an important role in your work more often? What are other themes that keep reappearing in your projects?

Yes. To me, photography and writing are a way out of the pressure I feel from society. This is why I tend to photograph in places away from the inhabited world. At the same time, loneliness is the thing I fear the most. My work focusses on this ambivalent relationship with (wild) nature – the way it frightens us, soothes us and raises questions about our daily lives. While working on Doug’s Cabin, I became very interested in the concept of free choice. Is life as malleable as we think it is? Or is the idea of feasibility something that we tell each other, something we need to believe in order to find some meaning in life?

Another theme would be fiction versus reality. I like to think about the way memory and personal interpretation messes with reality and I use that in my stories. And, last but not least, time is an important element in all of my projects. I tend to work very slowly and somehow I think that’s palpable in the work.

Photography and writing are a way out of the pressure I feel from society.”

When you have a solid idea for a project in mind, what are your first steps of its execution?

A teacher once told me to go out and ‘feel’ first, instead of taking pictures straight away. This works fabulously for me. I also like to read a lot and adjust my book list to my subjects. I find that a good novel can really bring me in the right mood to start photographing.

What inspires you on a daily basis?

Novels. Talking with friends and others about photography, art and (common) themes. My students.

What are your future project plans? Are you already working on something new?

My cousin lives in a bus. Eight months a year, she works as a shepherd, mostly in the French Alps. The rest of the year she drives south, towards the sun. She then visits friends and sometimes joins a group of street artists or musicians for a little extra money. She has very consciously chosen this life ten years ago, but also suffers the consequences – she’s 40 now, alone and feels unable to settle, even though she wants to. I have photographed her a couple of times over the past three years. I am completely fascinated by her strong will and wonder about the concept of freedom. Does it actually exist? What does it mean to be free? For me, this is the most personal project so far. My cousin and I have always understood each other without needing words, but our lives moved in opposite directions. Now that Doug’s Cabin is finished, I can finally really dive into this.

The book Doug’s Cabin, published by The Eriskay Connection, is available here.