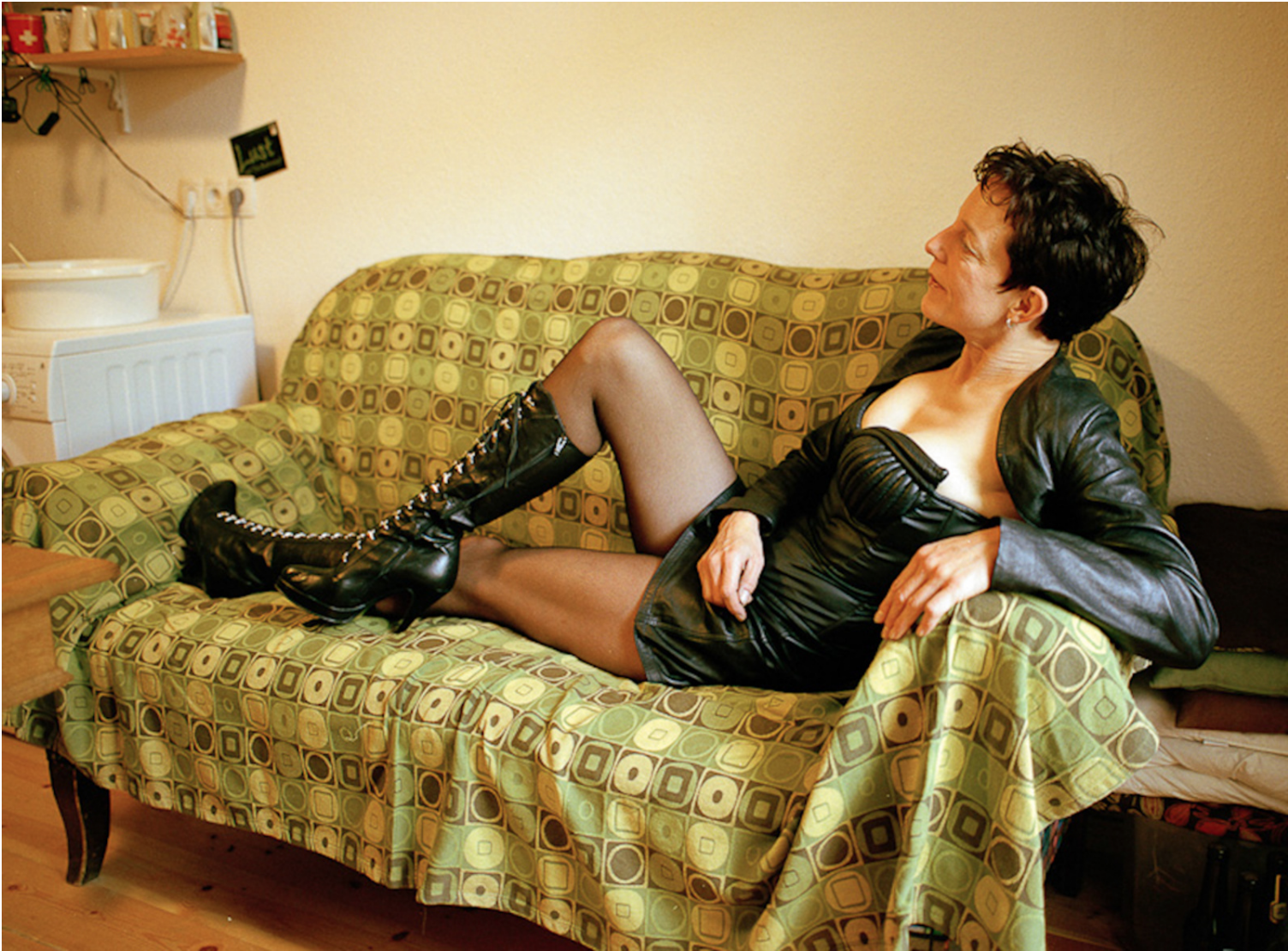 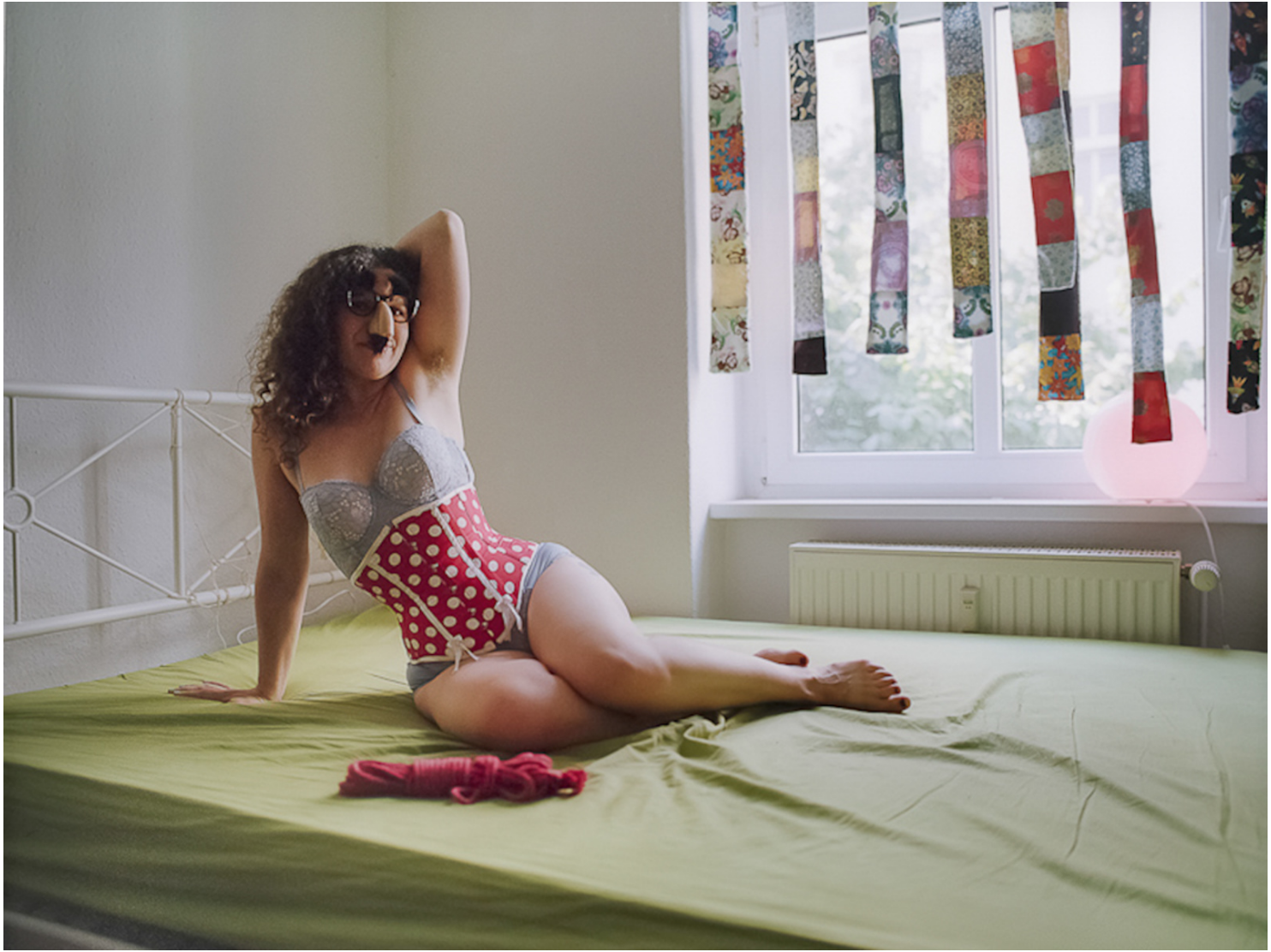 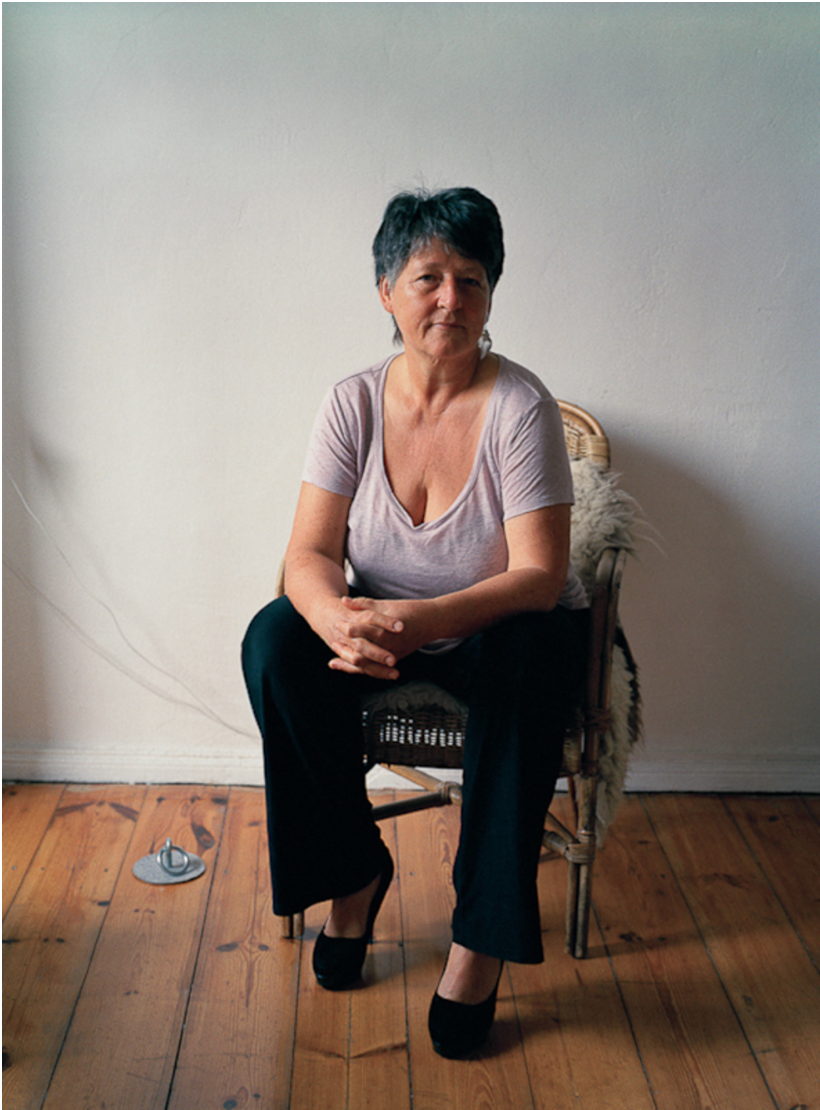 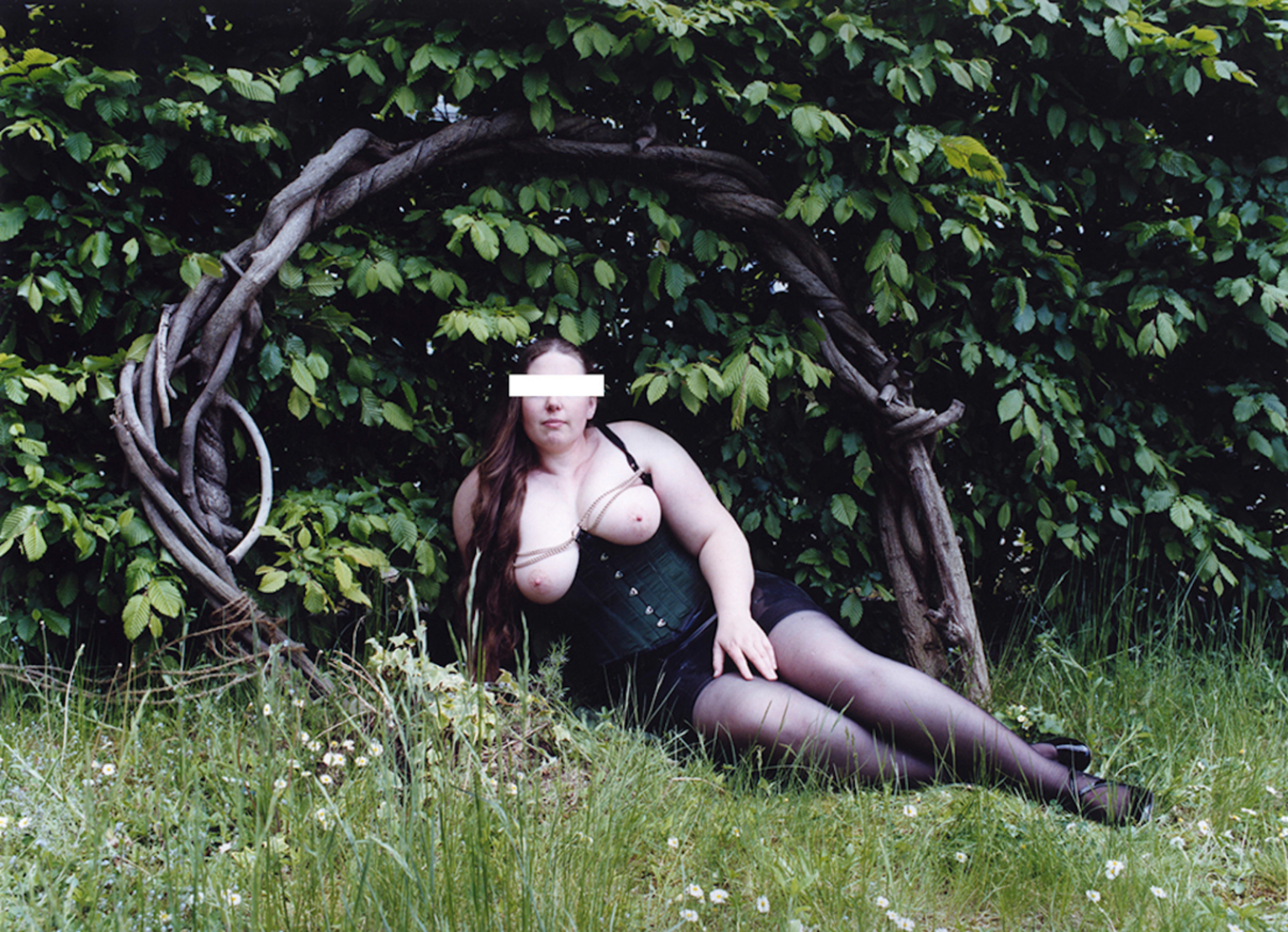 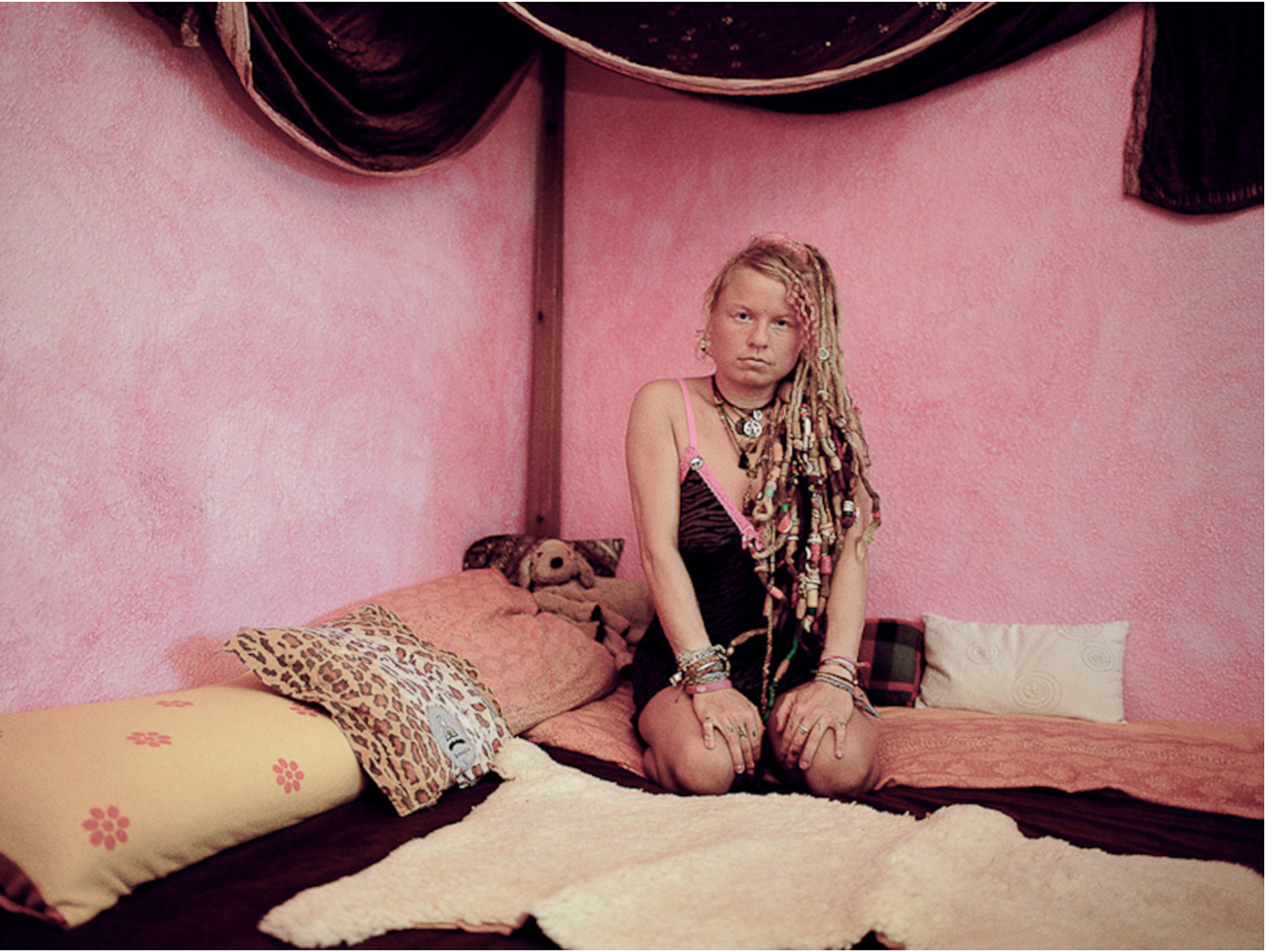 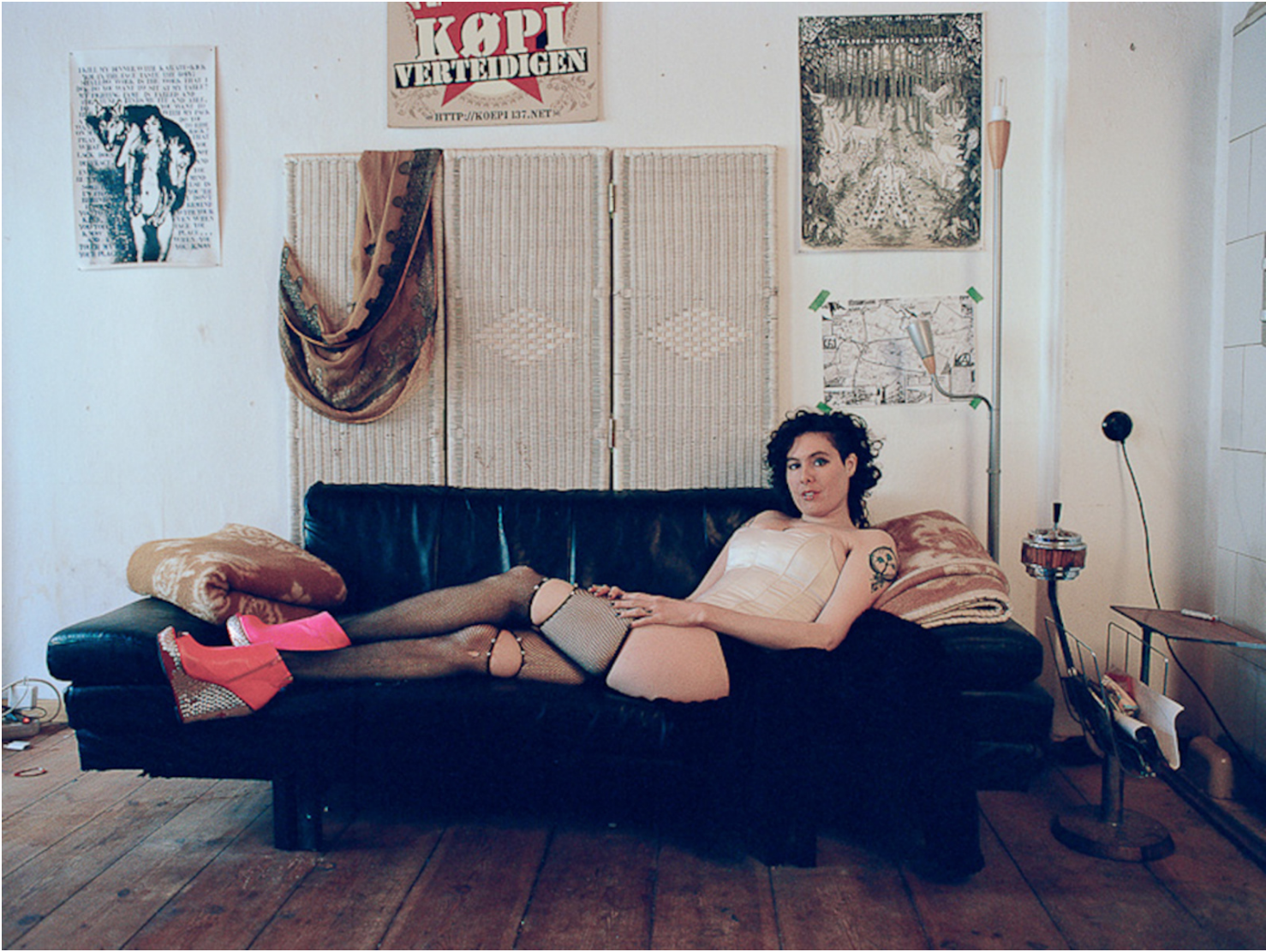 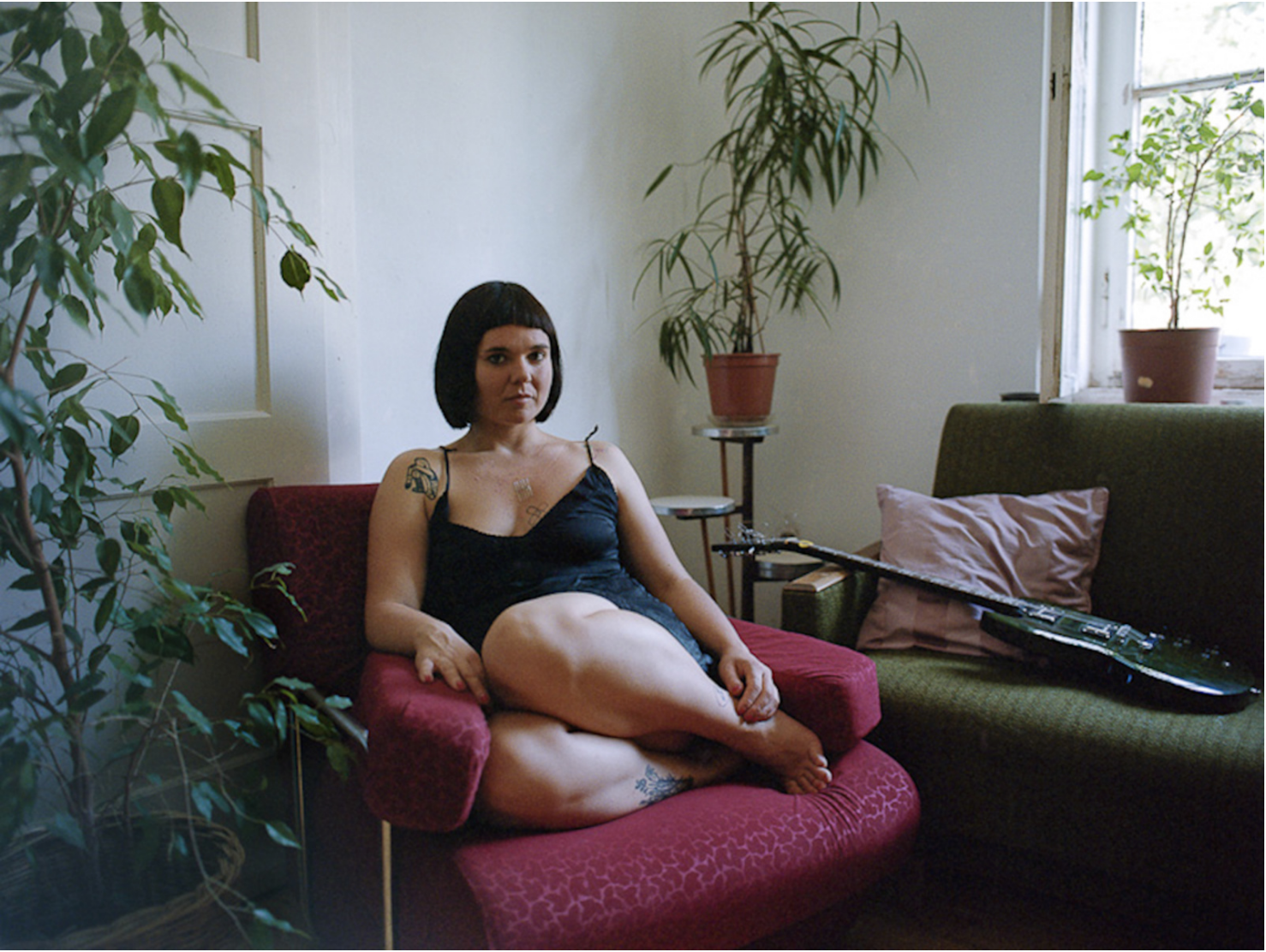 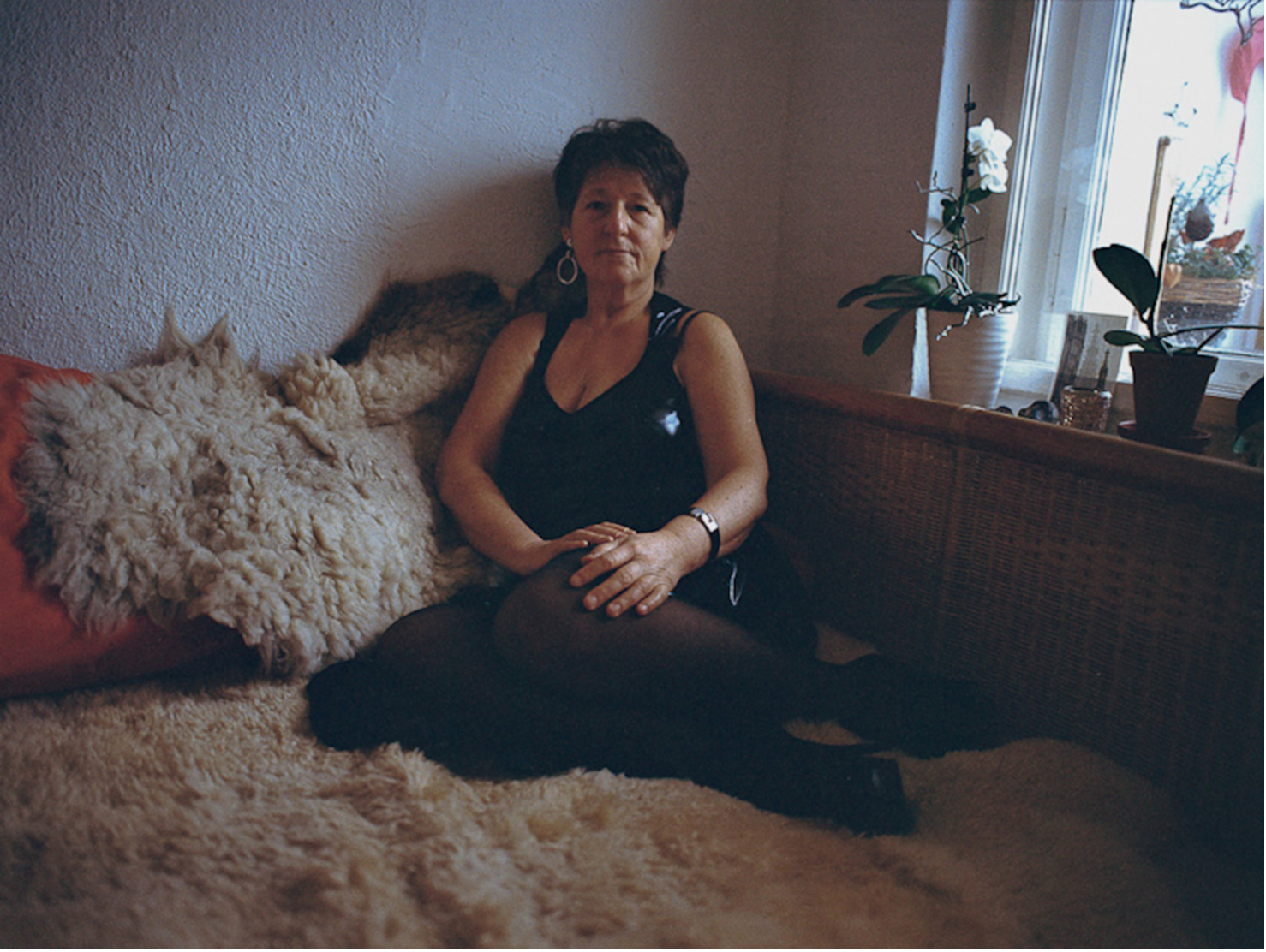 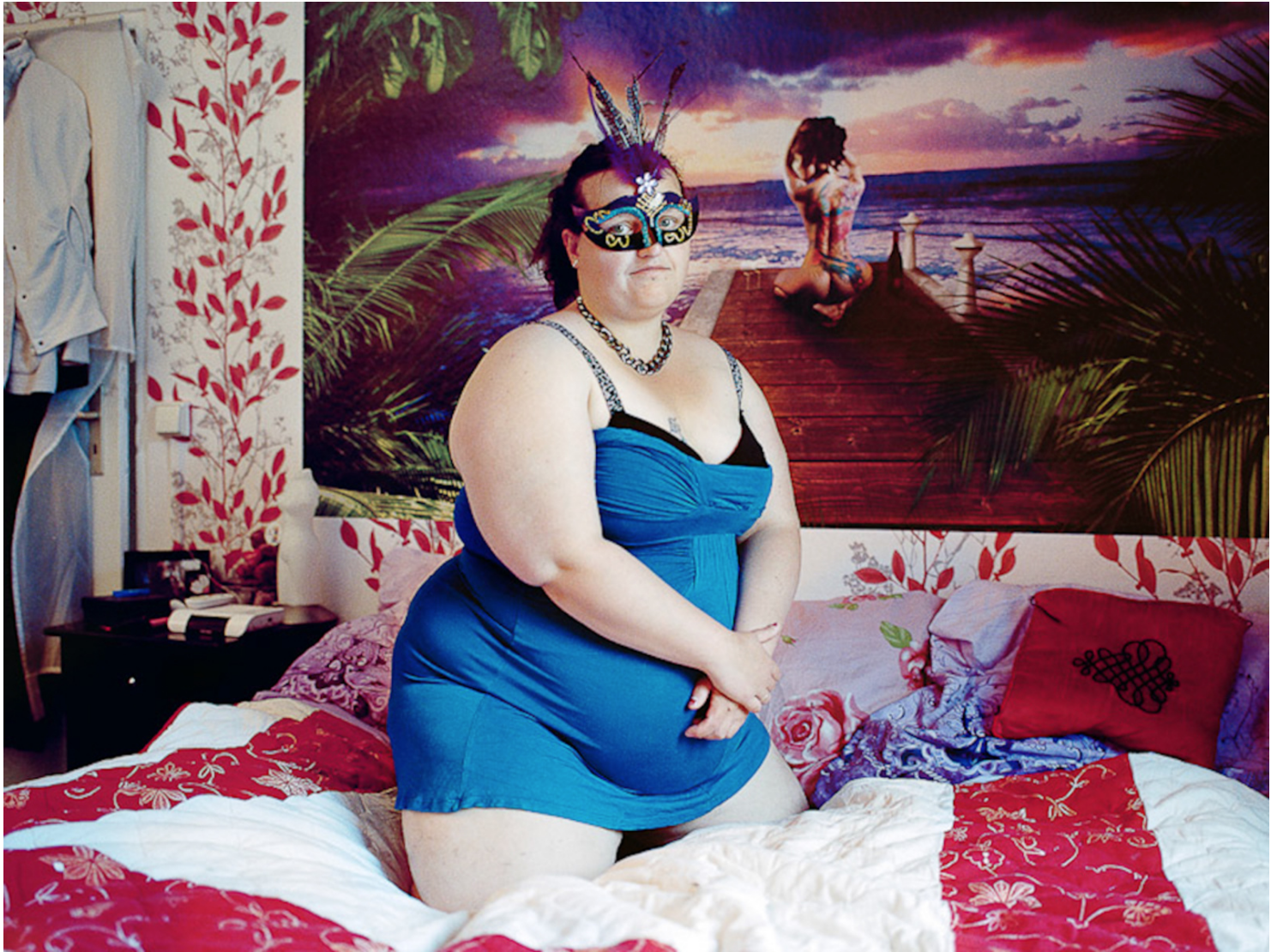 DECONSTRUCTING THE SEX-WORKER STEREOTYPE: AN INTERVIEW WITH HELENA FALABINO

Italian – Argentinian Photographer Helena Falabino (b. 1988) deconstructs the idea of a sex worker. Rather than showing them as poor, helpless women or simple objects of sex, she normalizes them. Falabino’s project, Rede mit uns (German for ‘Talk to Us’), captures the strength of self-determined sex workers and opens our eyes to the realities of sex work as a legal profession. Through photography and writing, Falabino shows new sides of the industry through the different personalities of seven self-determined sex workers. Falabino is a former GUP intern, and so we are so proud to share with you some of her own photographic work. In this interview, we speak with Falabino about her project goals and overall experience.

Tell us more about your project. How did you get started?

“When we start to think about sex work in a way that is considerate, naturally we start thinking about our own sexuality.”

Was it a challenge to convince the sex workers to collaborate with you?

Yes, I faced several challenges – most of which revolved around getting people to agree to speak to me and be photographed. While I ended up photographing only 7 sex workers, I asked 50 people. Out of those 50, only 10 were open to having a conversation with me. I also tried photographing and interviewing male sex workers in Italy but this did not work because they did not want to be photographed in their private homes. Their interviews were also less interesting to me, so I decided to stick with women for this project and potentially have another project with only male sex workers – but, for now I’ve put this on hold. Another difficulty I encountered was working around the fact that some of the women wanted to hide their faces.

How did you get those seven women to agree and how did you work around the fact that some of them wanted to hide their faces?

I was very open with them from the beginning about what I wanted to do, I didn’t have a method for convincing them. I also completely understood that, for a lot of sex workers, dedicating time to be photographed and interviewed by a stranger is definitely not in the cards, so I’m really grateful to those who agreed to be part of my project. The fact that some of them decided to hide their faces was something that I would have liked to avoid, but I would have never excluded anyone who wanted to be part of the project just because of this. In the end, I just made sure that we found something that would still highlight their personality, despite the fact that they were hiding their face.

Was the experience of taking portraits of these women inherently different from photographing other people?

First of all, the experience of portrait photography was new for me. I had really only photographed stills and landscapes before. I wanted to challenge myself with this new project. Also, because it was so important to me to build a relationship based on trust with these women, I felt an extra sense of care towards them. They were after all entrusting me with their words and their experiences.

How did you build that relationship of trust?

I just tried to be myself. I guess that the intentions of my project that I had described to sex workers from the very beginning was a significant reason why certain men and women agreed to meet me. I also tried to spend some time with them before and sometimes even after I photographed them, not because I thought I should but because I really wanted to.

“Showing their personality was the most important part of the work for me.”

You wrote on your website that you wanted to “deconstruct the image of the prostitute”. In my opinion, your photographs do this exceptionally well by providing a window into the lives of sex workers without victimizing or judging them. Do you think the women themselves feel this way about your project?

Yes, to some degree. I think that they can recognize themselves as themselves and not as the stereotype that I sought to deconstruct through my project. Showing their personality was the most important part of the work for me. I felt that making sure they had an active role in the process, so as to enable them to highlight their own strengths and personalities, was important. I didn’t show them the portraits for them to tell me if they were happy with them. However, we did decide together how I wanted them to be photographed. I wanted them to have an active part in the process – so I let them choose the setting, their clothing, etc.

In terms of the interviews, I was able to highlight their strength because there was an intimate trust between us while we spoke. Sometimes it didn’t really even feel like an interview. They shared many life details and stories. Therefore, after I typed them, I shared the interviews with the women because I did not know if they intended for me to share publicly some of their personal details. It was very important for me to respect what they did and did not want the world to know.

Your online presentation includes pieces of interviews you had with the women. How does the addition of writing help your viewers further understand the truth about self-determined sex workers?

I am not only a photographer, I am also a writer – so the integration of writing was extremely important to me. The interviews were a fundamental part of my project. In this particular case, I really needed people to read what sex workers have to say. Sex workers are generally not asked to speak about themselves. While everyone has an opinion about sex workers, seldom have people actually spoken to them. My aim was to carry their words through this project. In other words, it was really important for me to be a means for their words so that their voices could have a significant impact on viewers.

What is your opinion about *Spiralena*’s choice to call herself a “sex activist” as opposed to a “sex worker”? Which term do you think is more fitting?

I think that for *Spiralena* the term sex activist fits perfectly because of her particular motivation. For her, it is not about selling a sexual service or selling her time, rather it is about her dedication and time of her sexual energy, to take part in projects that help social causes. For example, for a while, and I don’t know if she still does, she worked for an organization called Fuck for Forrest. They made porn movies, sold them and used the profits to try and save nature. She also independently takes part in projects using her sexual energy and image to help environmental causes. Her particular case exemplifies how varied the motivations for sex workers are. 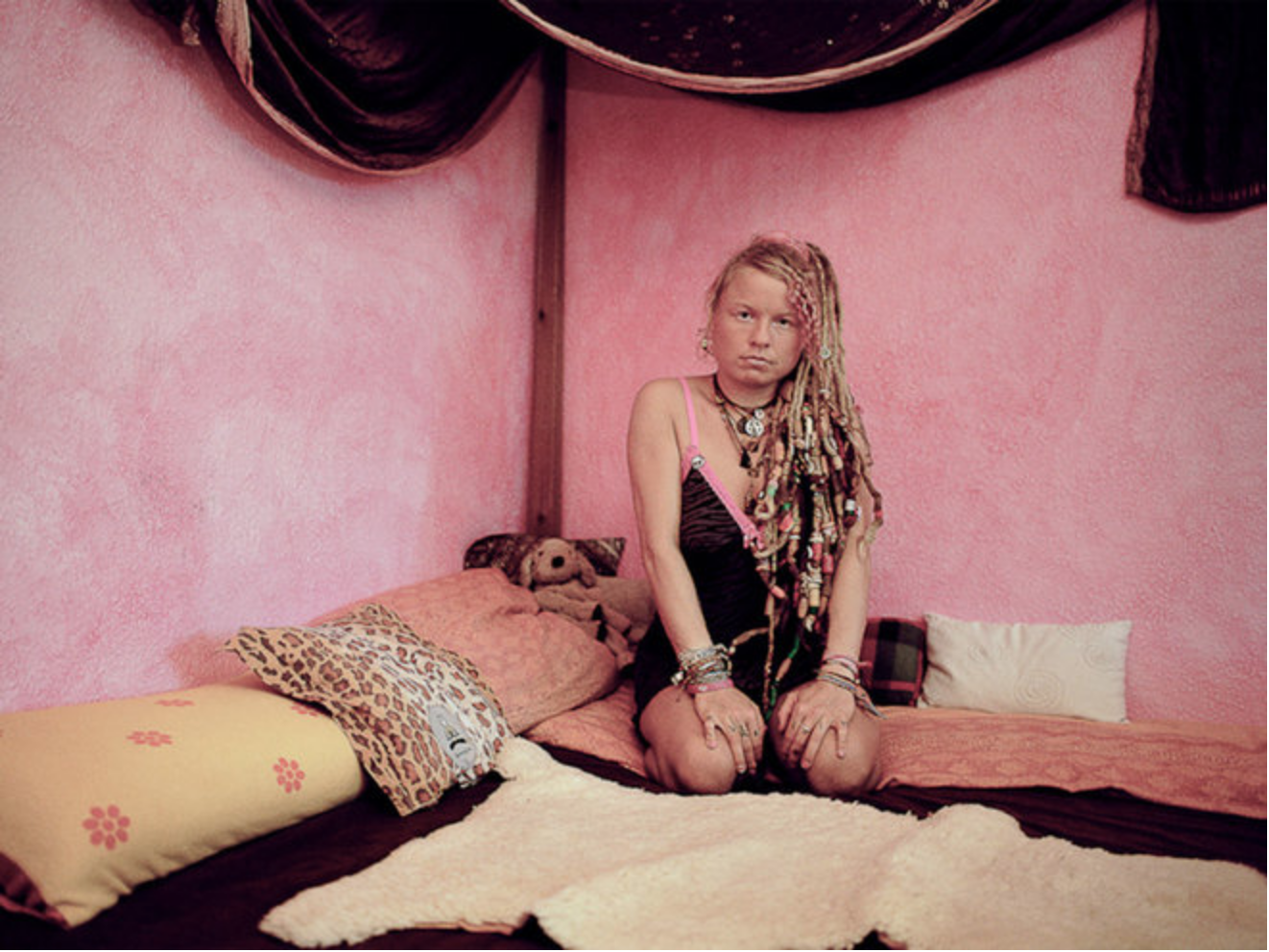 Cory Cocktail spoke about the way authoritative figures such as police mistreat and sometimes even rape sex workers. Do you think exposing facts like this could decrease their abuse of power?

This is a very complex, and relatively country-specific question. In terms of Cory Cocktail, since she is from the United States, where sex work is illegal, her service is considered a crime. I think unfortunately the abuse of power issue boils down to the sexist/chauvinist culture that also exists in Italy. It really takes a lot of courage to say, “I have sex for money and I’m fine. And no one forces me to.” In this light, I hope my photography project can contribute to change society’s perception on sex work, to an extent that police will only prosecute the people who traffic human beings into the sex industry and not the self-determined sex workers.

One of the women, E, asked you to take down your photographs of her. While you did blur her identity, you chose to keep her photograph in the collection. Could you speak to this decision?

Although E. loved sex work, she had a particular family situation that made her leave her job and she asked me to not be part of the project anymore. I chose to keep the photograph because of a personal aesthetic desire and because of the important story that this case sheds light on. That is, the way that societal stigma’s can cause a family to force their daughter to quite a job that she was very happy with. This is really the photograph that speaks to the stigma in society – one of the biggest problems that sex workers have to face. 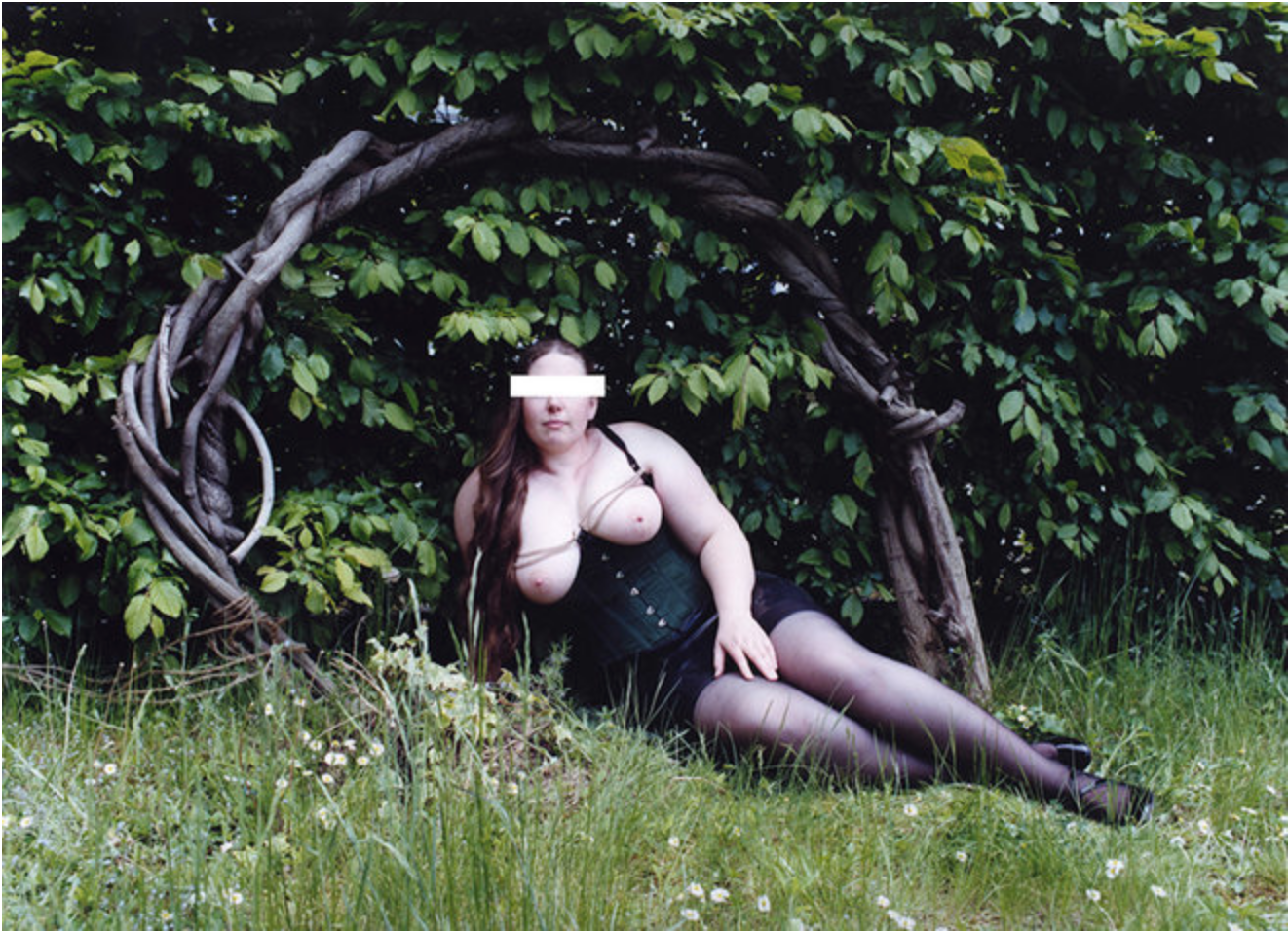 Now that you have spoken to and photographed several women who choose to be sex workers, has your opinion about their profession shifted?

My perception shifted with regard to the fact that I could actually have friends or people close to me who could be sex workers. To be honest, I still don’t know how I would react If my single mother decided to become one though.

Also, when I spoke to sex workers, for the first time someone told me about the word ‘consent’. No one had ever told me this word, not in my family nor in school. I didn’t know that you have to consent when it comes to sex and sexuality. I found it very peculiar that in the West, in the 21st century, the first time I heard about consent was when I was 26, from a prostitute. I also learned that consent is about knowing yourself deeply and stating what you are willing to do and what you are not, which is really important for every human being not just people working in the sex industry. So, I think there is a lot we can learn from them about the interaction with other human beings in terms of sexuality. This project also taught me that we should never stigmatize other people’s choices and or preferences about sexual orientations, fetishism, etc.

All in all, what I learned is that when we start to think about sex work in a way that is considerate, naturally we start thinking about our own sexuality and experiences with sex.