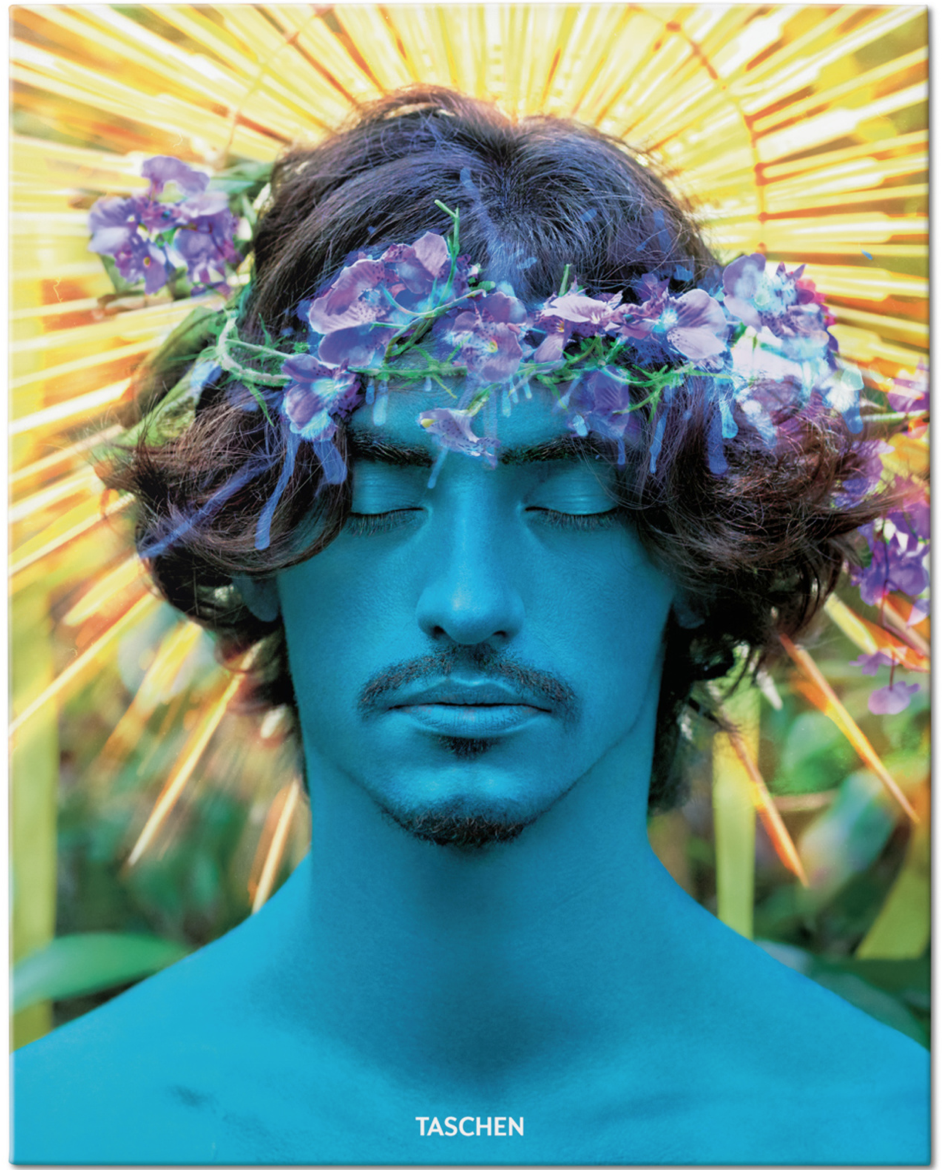 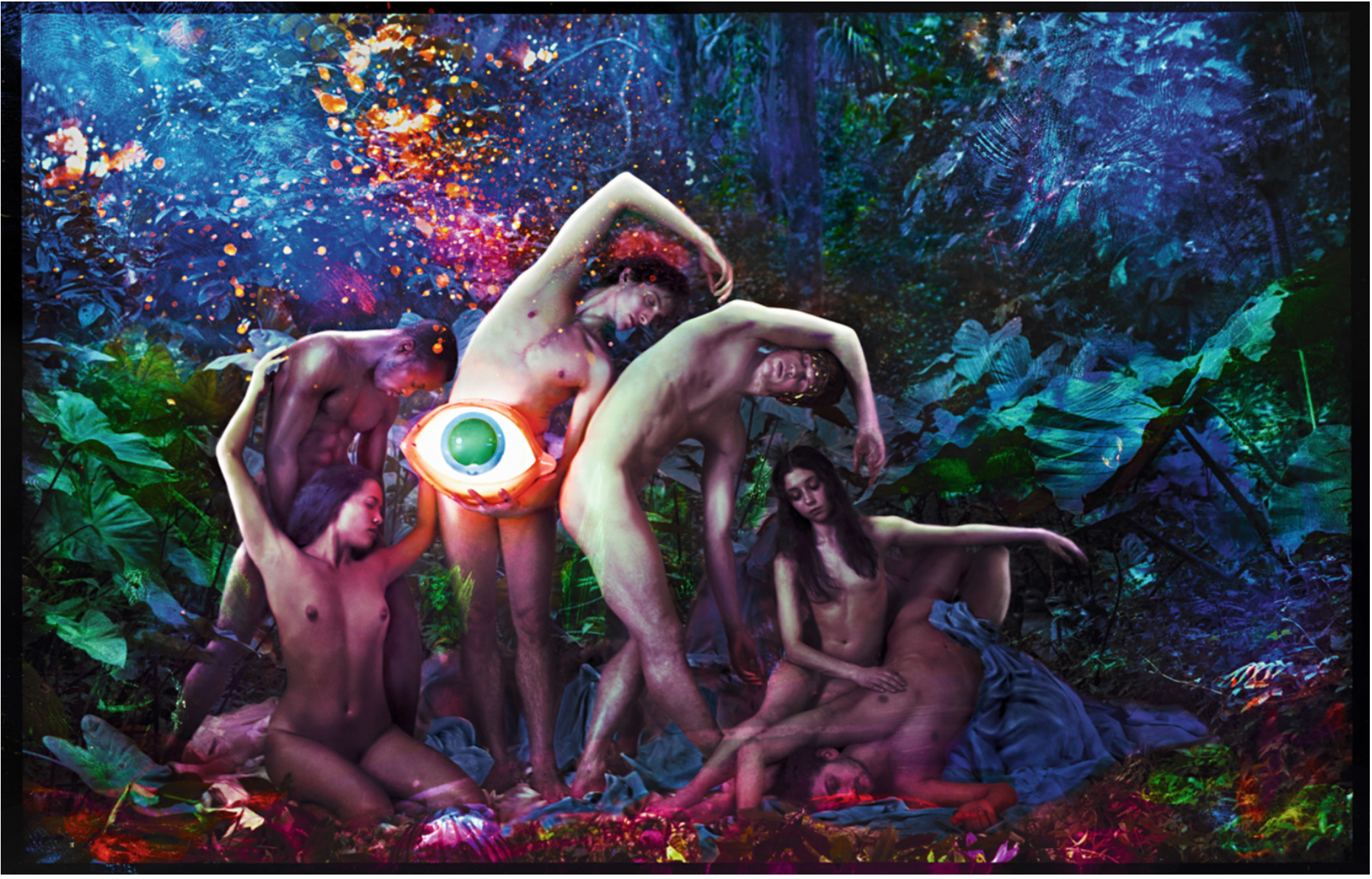 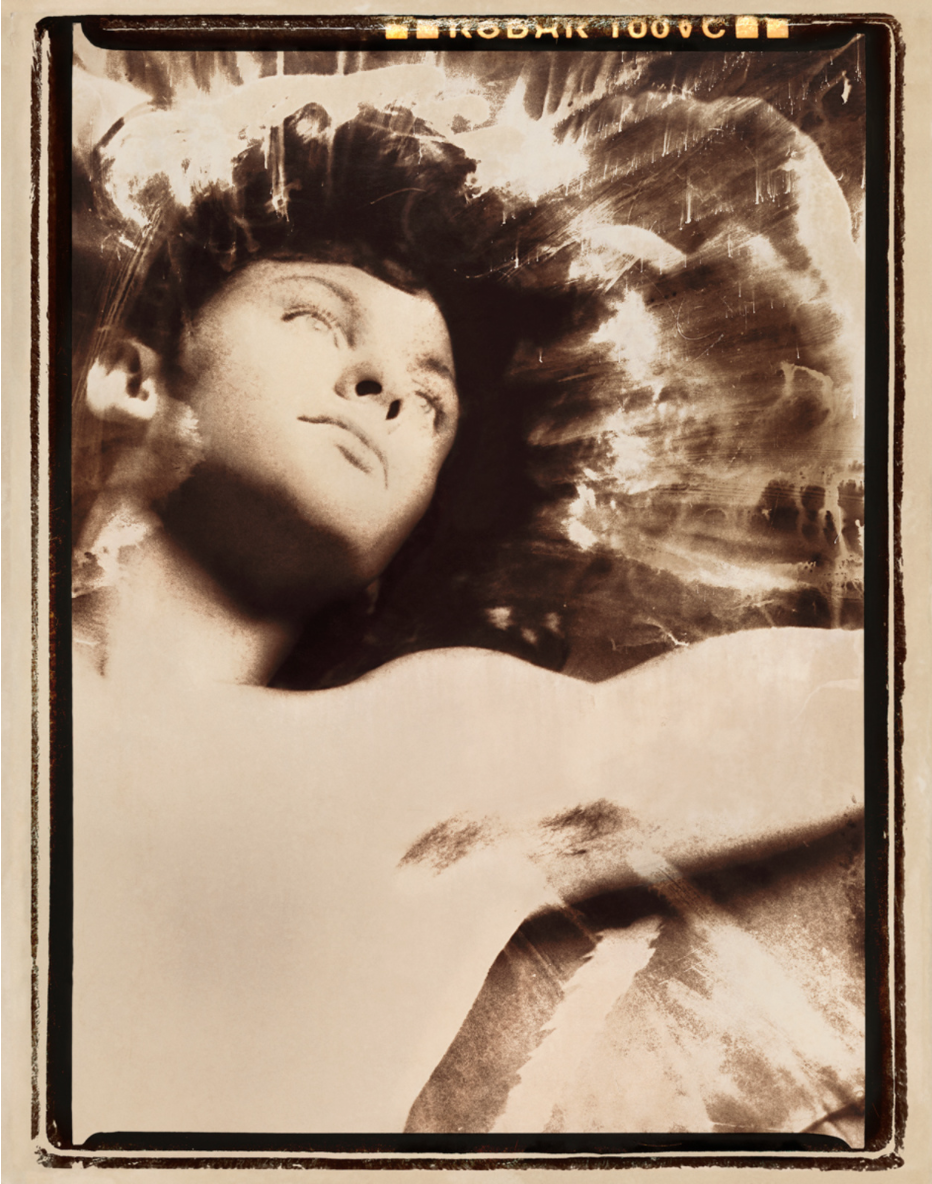 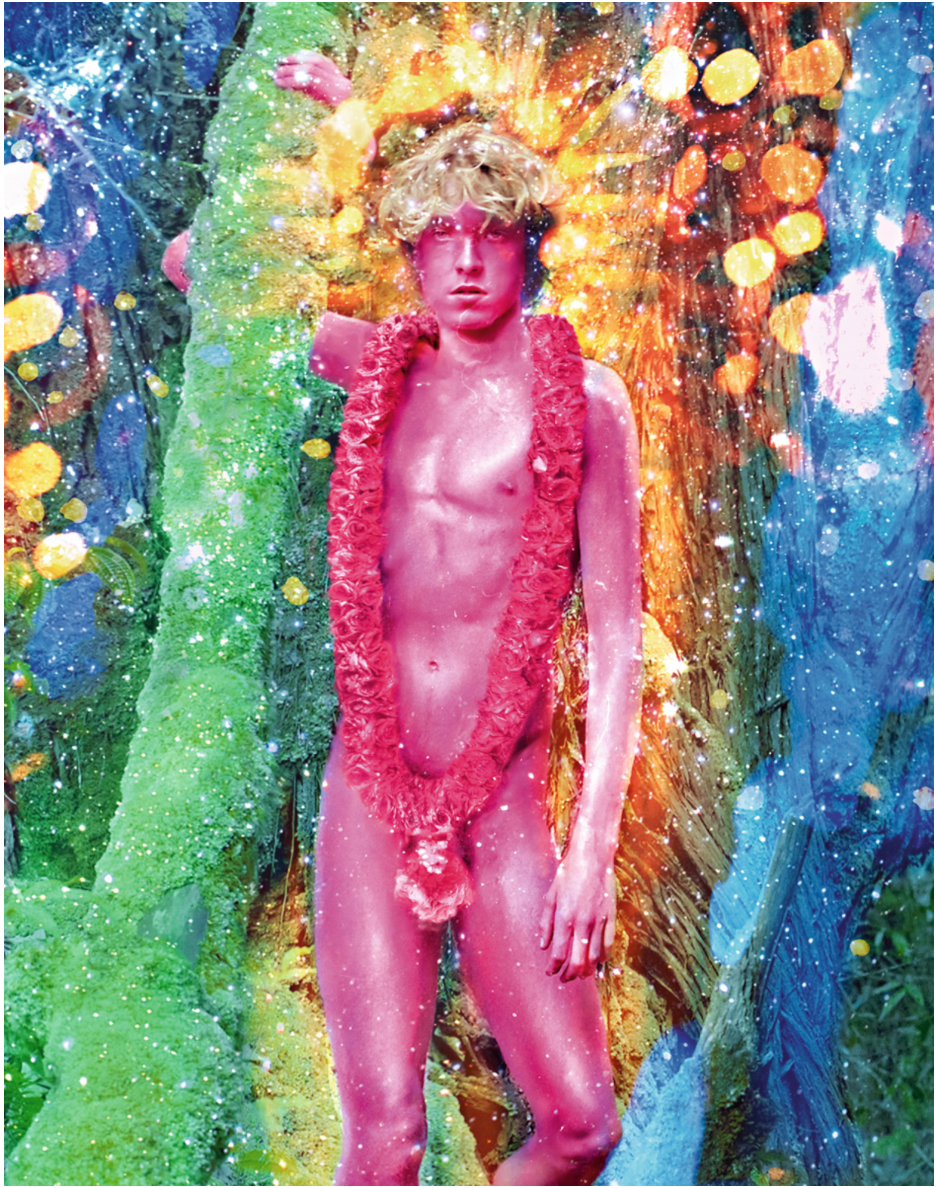 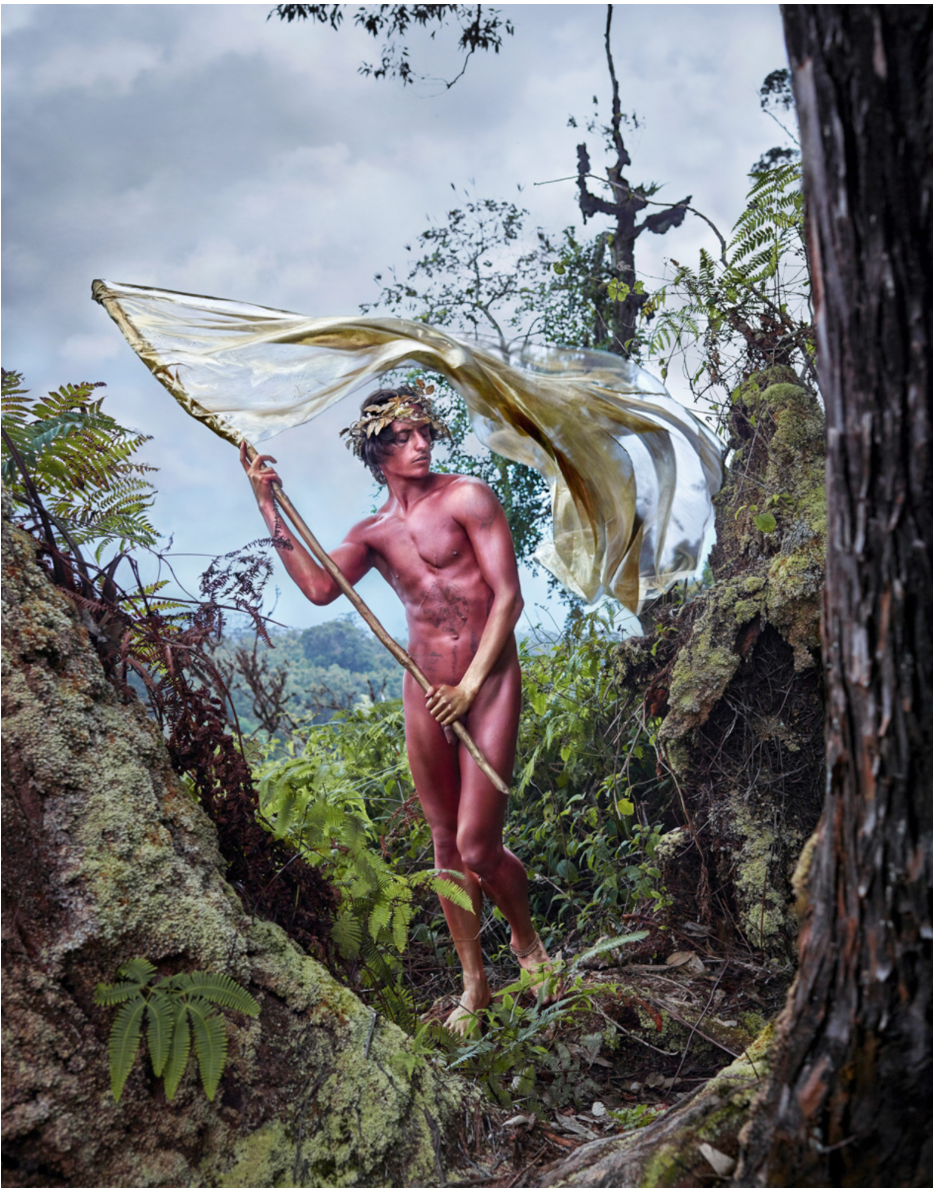 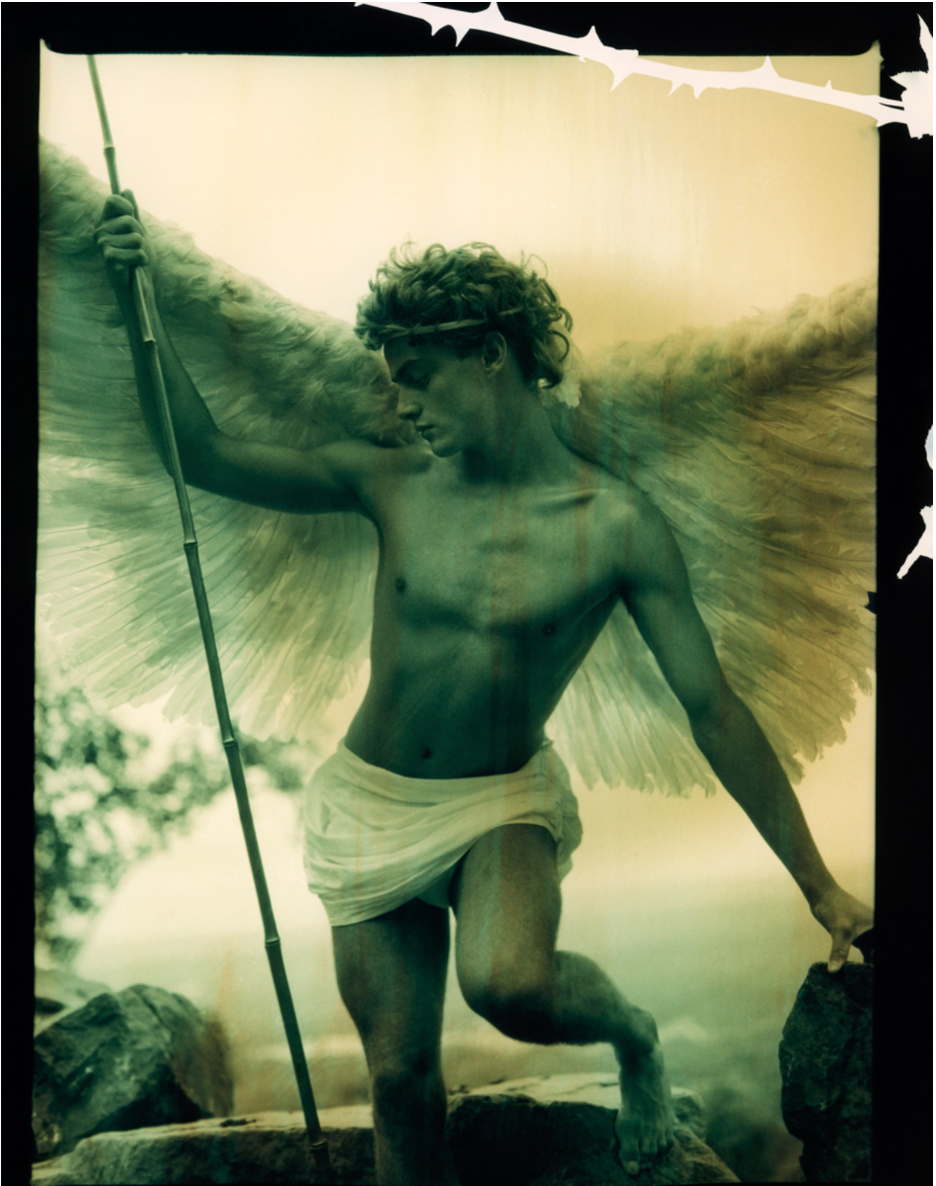 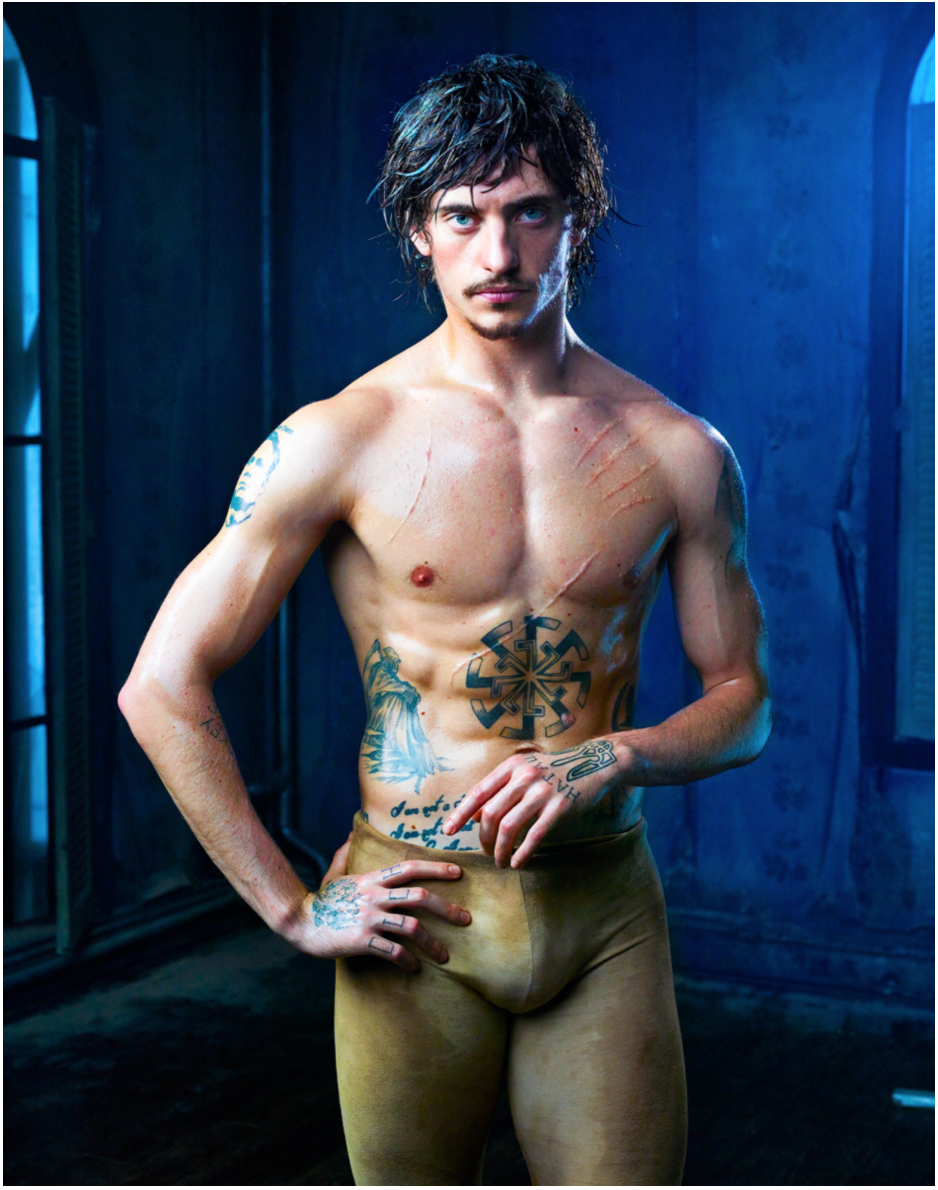 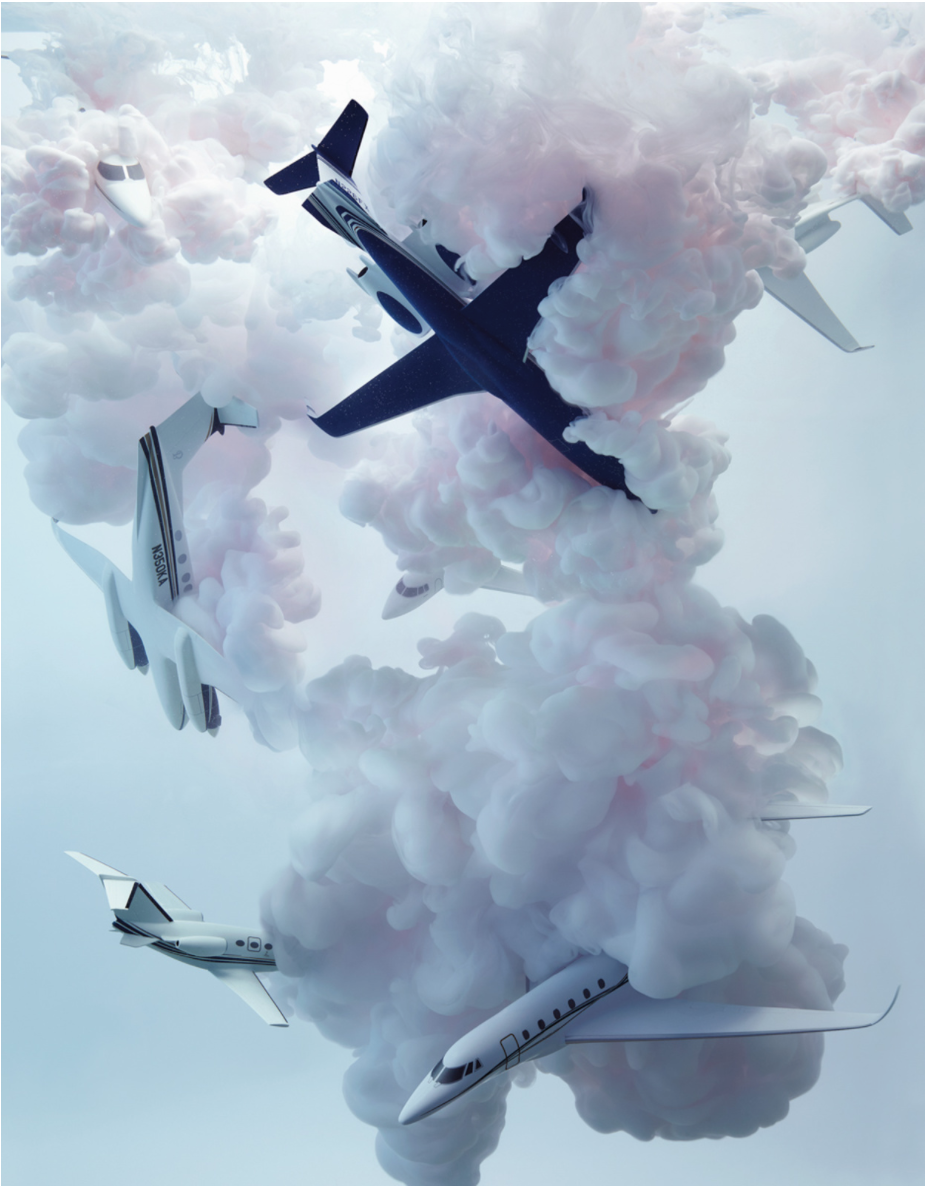 AN OPTIMISTIC APOCALYPSE: AN INTERVIEW WITH DAVID LACHAPELLE

American photographer David LaChapelle (b. 1963) is known for bridging the gap between pop culture and conceptual art: he’s portrayed celebrities and shot commercial work as well as exhibited his photos in galleries as autonomous artworks. Yet, no matter his subject or client, there has been a throughline of emotion in his work, one which gravitates towards the light. He’s just released two books—Lost + Found and Good News—which together form both a retrospective of his thirty-odd year career as well as deliver a narrative of the vapidity of our current consumerist excess and the path towards redemption. He speaks with us in this interview about taking Jesus back from the fundamentalists and nudity back from pornography.

These books bring together more than three decades of work. How do you see your own evolution over this period of time?

I started off really interested in certain things. In New York and in the East Village, where I first started, a lot of friends were dying of AIDS and I thought I was going to die too, so I wanted to get something done while I was here. It made me wonder about this idea of the soul or the spirit and how to depict that. I was wondering what happens to someone when they die. Where does that energy go? 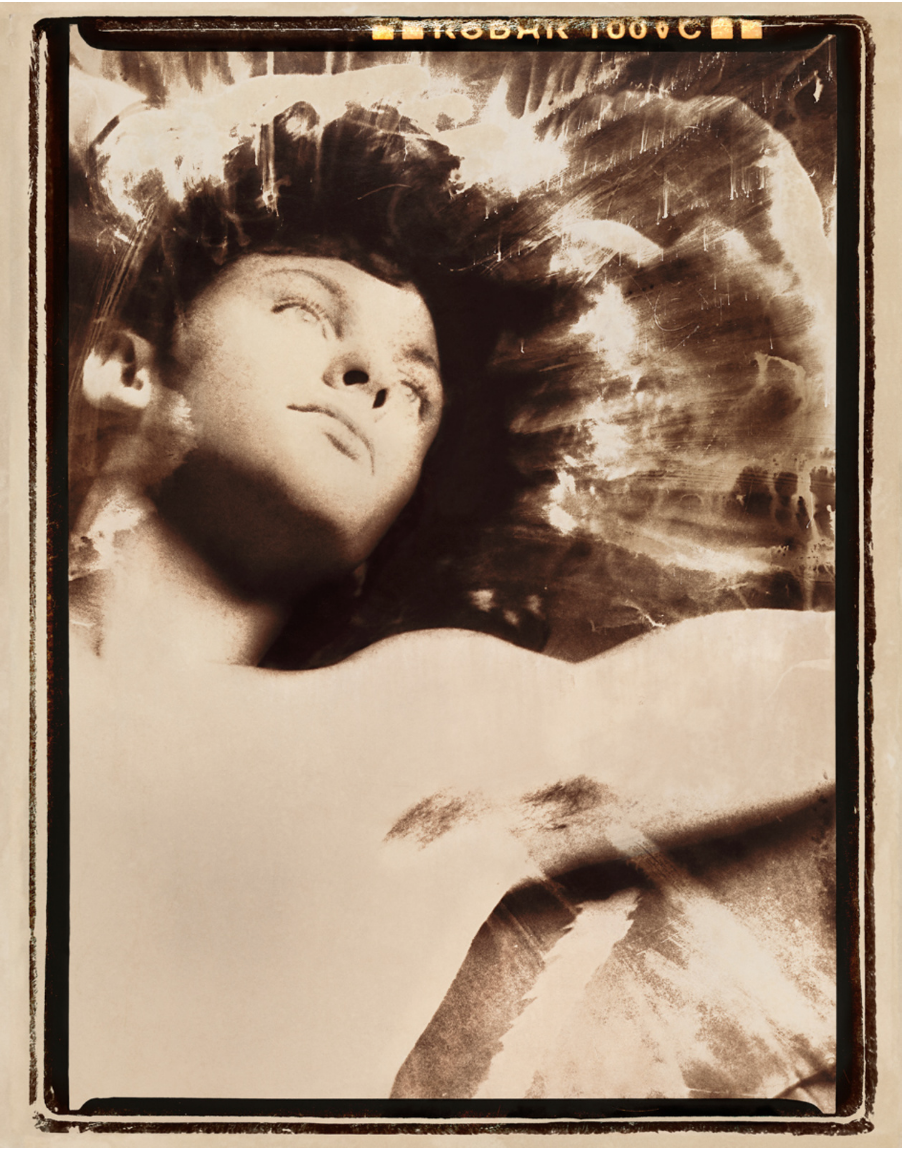 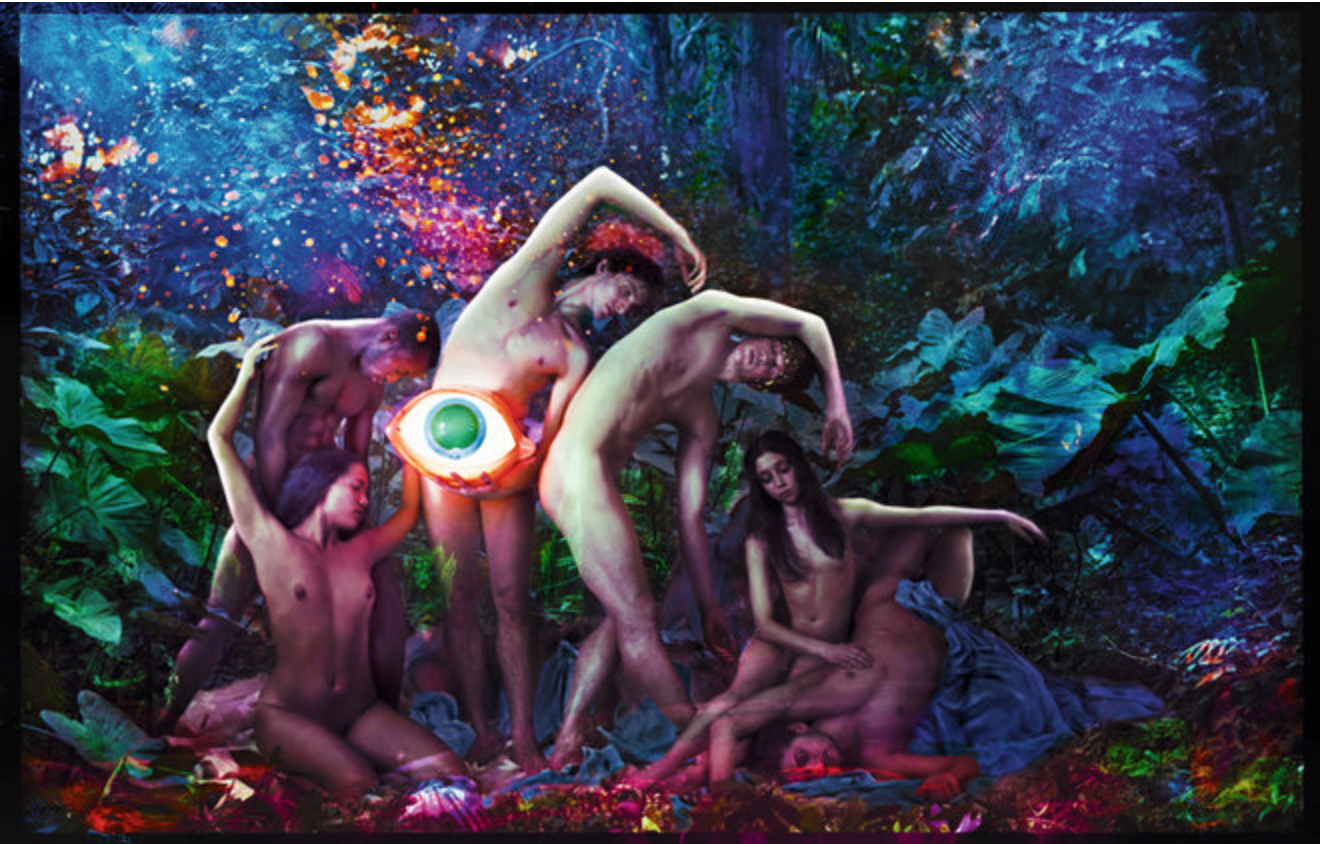 I was in a hurry because I thought my time would be coming up soon, but then fifteen years later, I found out that I wasn’t going to die of AIDS. That was the same time I started working for magazines. I did that for twenty years and that’s where I learned how to communicate. For me, clarity is very important. I think we live in a very dark time right now, and I want to bring some images that will touch people with light. As an artist you have a choice what you create, and I always wanted to make pictures that would use beauty and touch people and move them and inspire them.

I had a lot of fun with the magazine work, and I love those pictures, but I stopped believing this idea that happiness comes with the next purchase. Materialism just got to be too much, and even in my lifetime I’ve seen things really change. I think that’s what happens when you try to replace this idea of a higher power, or God; if you just take it away you have an emptiness, a vacuum, and people fill it with material things. It’s been in my mind, and I’ve been making pictures for other reasons than just to create more merchandise in the world. That’s not the point of these books.

Images are often held responsible for generating desire, though. How do you find the right balance as an artist to not feed into the consumerism machine?

Well, you know, I’ve had to do all kinds of things to make the pictures that I wanted to make. I worked in advertising and fashion and I was doing weddings at one point when I first started out. I just needed to support myself and gain the freedom to create the images I believe in. So, that was definitely a journey, to make that happen and get that balance.

And I feel very fortunate now, but it’s from doing all those things that I learned how to communicate, how to have clarity in an image and not just add more confusion to the world. I think there’s a lot of contemporary art that is confusing and intimidating to people who are not in the art world. The times we live in are confusing enough.

“We live in a very dark time right now, and I want to bring some images that will touch people with light” 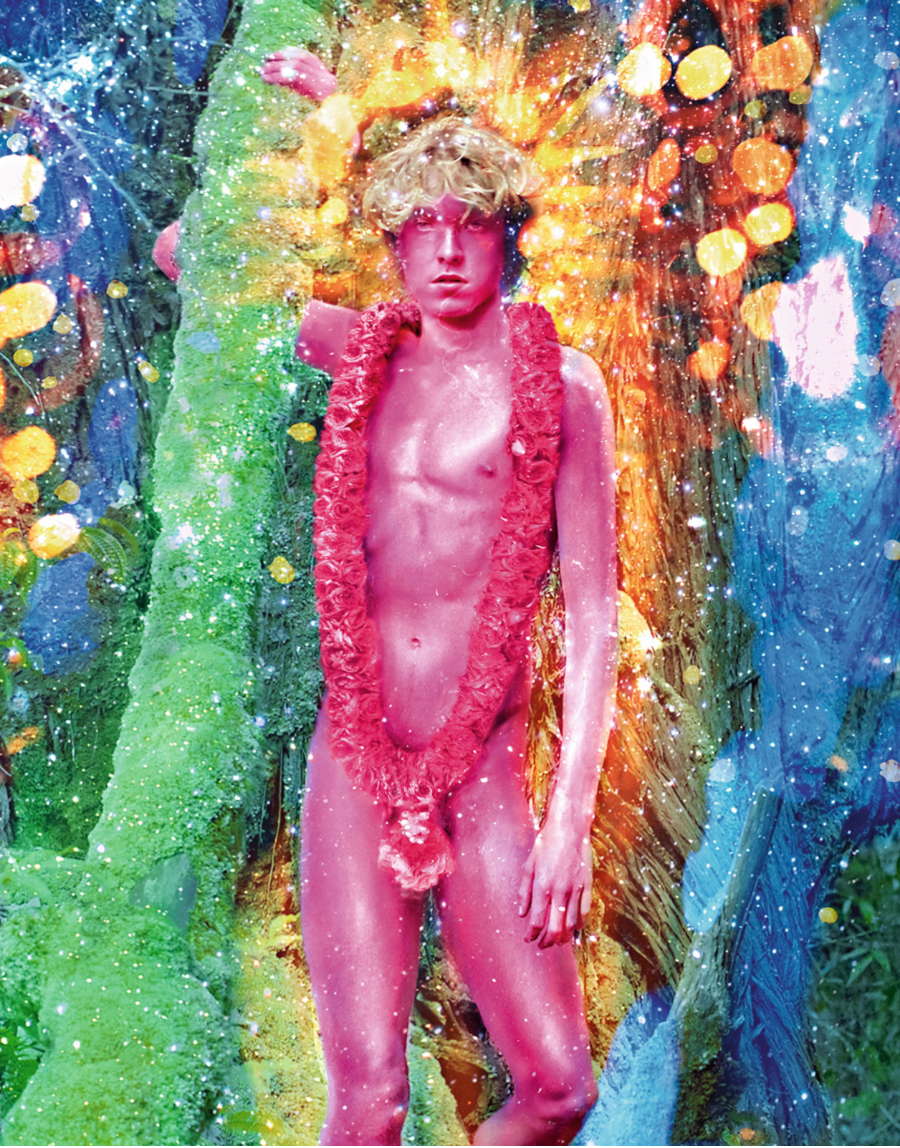 Your work in general, and Good News in particular, has a lot of religious iconography. Do you see it as religious work?

I see it more as spiritual than religious. When I look at the Sistine Chapel and works of art by Michelangelo or Botticelli, or in the music of, say, Stevie Wonder or Michael Jackson or The Beatles, this work really moves me. My work is conventional in the idea of using the figure—the human body—in nature as sacred. There’s Buddha under a tree, there’s a lot of pictures that reference the Quran. For me all the religions have truth; they’re rivers leading to the same ocean. Just different languages, different teachers at different times. I’ve always been interested in that since I was really young.

With the decadence of Lost + Found and the divinity of Good News, the outcome feels like an optimistic apocalypse. Do you think we can pull ourselves out of the dark times? Is there good news?

It is a dark time. When you look around at the culture and entertainment, you see so much of our television, movies and video games are so violent. There’s so much obsession with death and torture and horror. There’s plenty of horror already in the world and in the news—why are we creating more? Why are we so obsessed with that? And at the same time there’s this new puritanical thinking of showing the body like there’s something wrong with it—Oh my god there’s a nipple, hide it from the children! Yet, you let your children blow people up in a video game and that’s not an issue. So, there is a Dark Ages feel of the times we’re in right now. And hopefully an enlightenment will come. 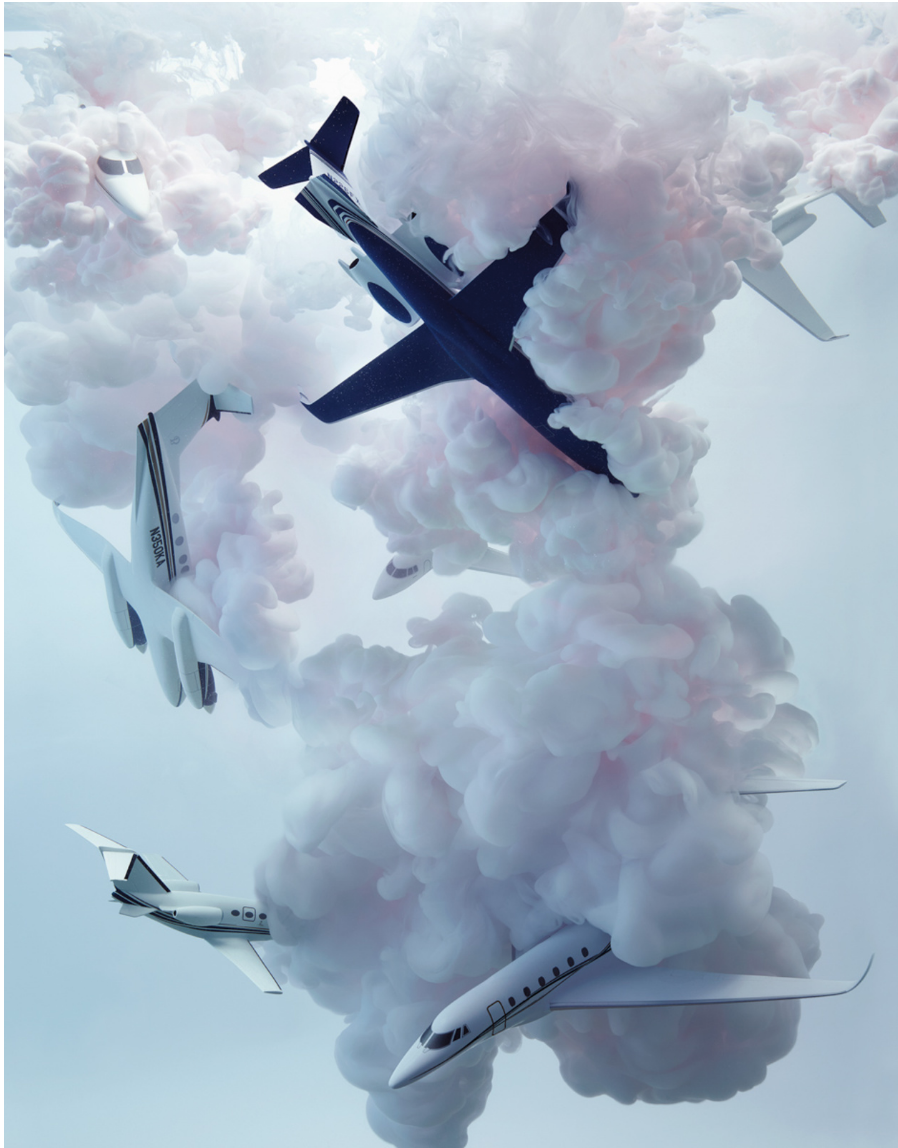 A lot of people find their enlightenment at the very end or when their material things are taken away. People gain perspective. You hear about this when people are diagnosed with cancer or AIDS, they’ll have this epiphany about what matters. Things gain perspective when someone is facing their own mortality, and I think that collectively, our world has been diagnosed with terminal cancer and we have to, as an individual would, put in order our priorities. Humanity has to look at it, as individuals. Like Michael Jackson said, you have to start with the man in the mirror. We can’t get our priorities straight until we align our hearts.

“Now, in the art world or the fashion world, it’s almost a shock if you talk about God or Jesus”

Enlightenment comes when we are living right and living in the light. And we all know what that is, for each of us. We all have a different path, and we have a compass to tell right from wrong, and we know when we’re doing right.

Where are you on the path now?

You know, it’s a day to day thing. Without some sort of practice, it’s very easy to fall off—there are so many distractions in the world, so many things pulling us in directions that we don’t really want our lives to go. We have to keep aligning ourselves, however we do that, whether prayer, meditation or nature. Those things keep me balanced and focused and on the right path. 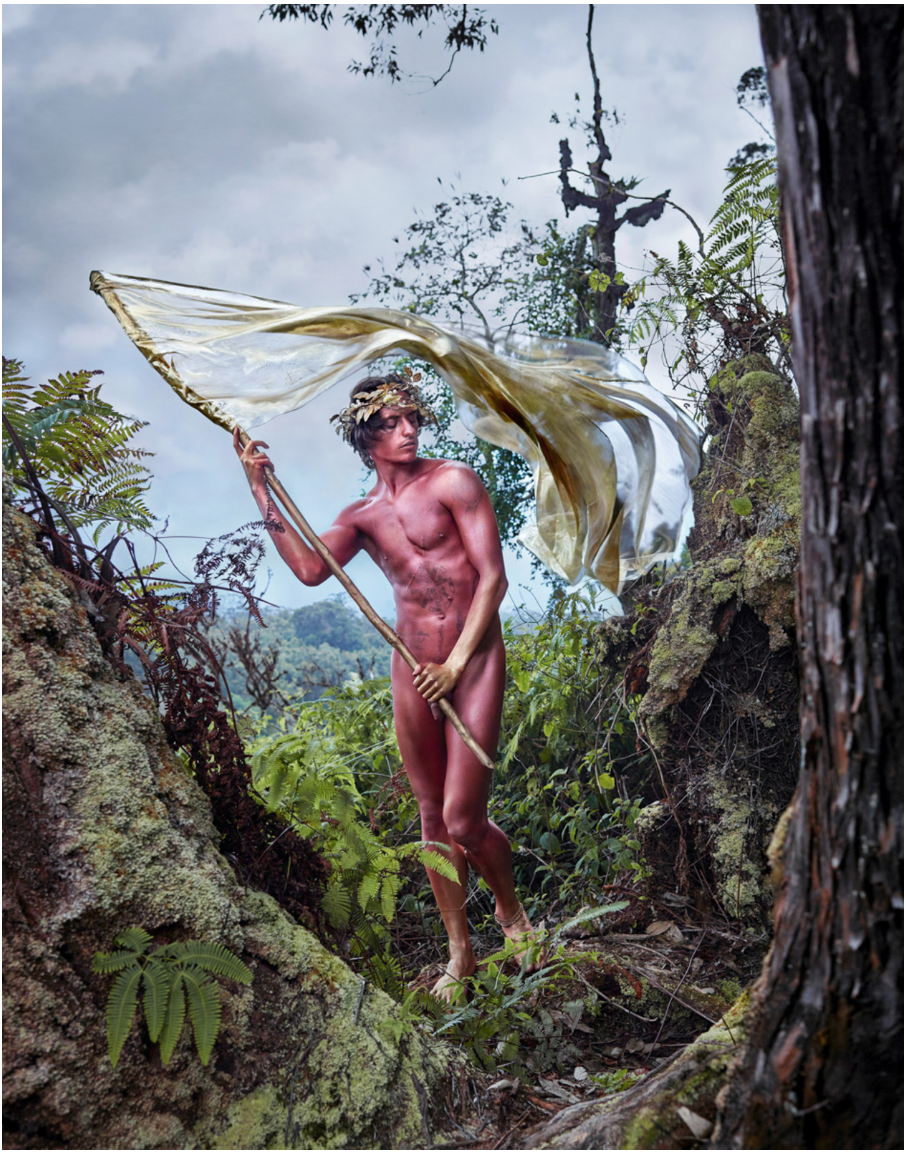 You’ve said before in interviews that you want to reclaim the body from pornography, and reclaim Jesus from the fundamentalists. Can you tell us more about that? Are these active goals?

(Laughs) That is actively a goal. In the ‘80s, you had Evangelical preachers on television with huge followings of people, and they landed themselves with the Republican party, and it really tainted these words ‘religion’ and ‘Christianity’. It became anti-gay, anti-women’s rights, and took on these sort of ‘family values’ that excluded a lot of people, and tarnished what were some really beautiful teachings and some profound ideas on how to live.

Now, in the art world or the fashion world, it’s almost a shock if you talk about God or Jesus. People are like, Woah, you’re one of those… crazy people. You know, there was a time when it was okay in popular culture to talk about God. You had Paul McCartney singing Let It Be: “When I find myself in times of trouble / Mother Mary comes to me / Speaking words of wisdom / Let it be…” and it was okay. Then suddenly it went away—that was what happened in the ‘80s. So, this is my idea of trying to, in my own way, reclaim these things from fundamentalists. 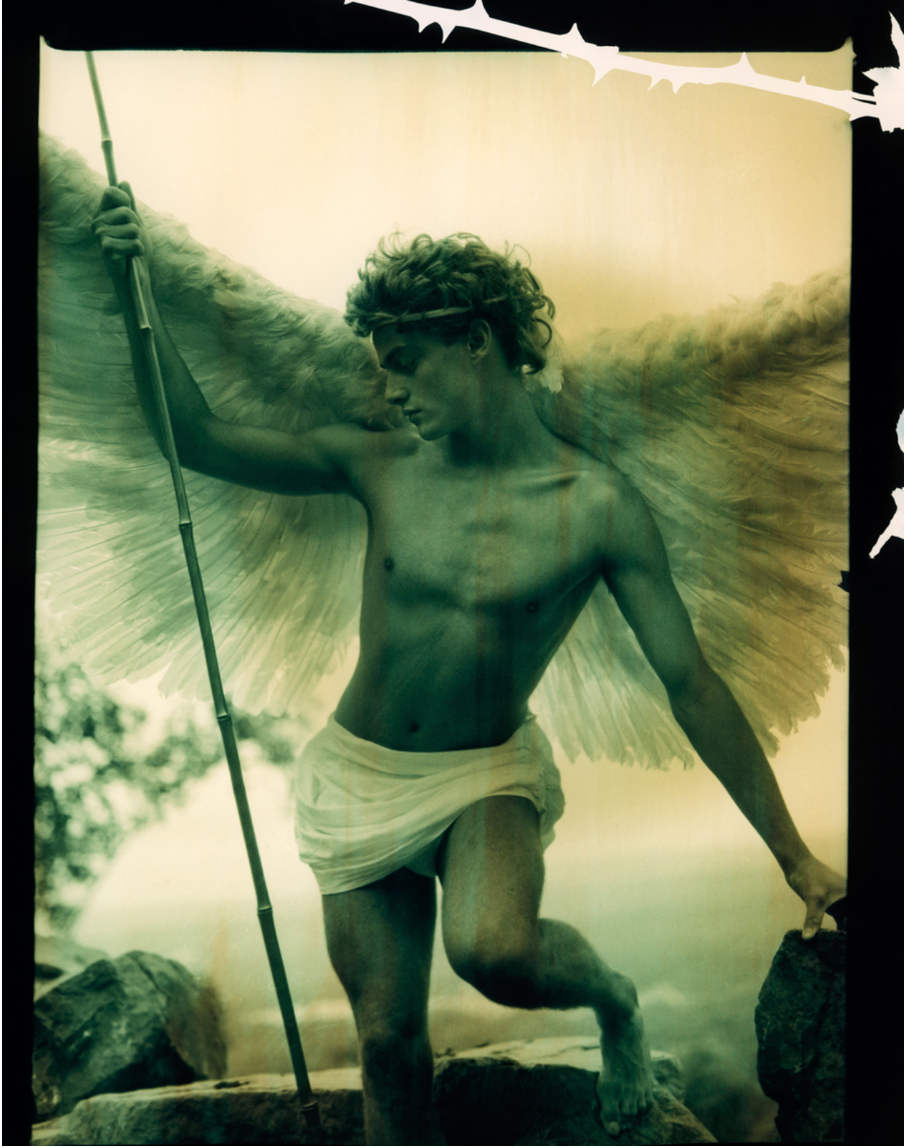 It’s probably here in these books. You know, I’ve never set out to shock people with a photograph, I get images in my head and I don’t even know where they’re from but I know when I’m in that alignment and I feel like I’m in that light. My mom said to me when she was dying, “Stay in the light.” We never really talked much about spiritual things, but when she said that I knew exactly what she meant. When I feel that I’m in that light or that alignment, on that path where things are synchronistic, I’ll get better ideas. They’ll come to me, and then my job is to just make them, to manifest them. When I’m off my path, then the inspiration is just not really there. I think we all have that in us; we know when we’re in the right place and when we’re not.

Your work is full of portraits of incredibly talented people, like your ongoing collaboration with Sergei Polunin, the ballet dancer. Where do you think is the sweet spot for collaboration versus creative control?

All photography is a collaboration. I’m working with people but there has to be a captain of the ship. I have the idea and want it to look a certain way, but when you collaborate sometimes people will bring something to it that you didn’t expect, something even better. That’s one of the great things about working with talented people, you know, people will bring something that you didn’t even see. Someone like Sergei is so aware of every fibre of his body when he’s in front of the camera, he’s really great to photograph. 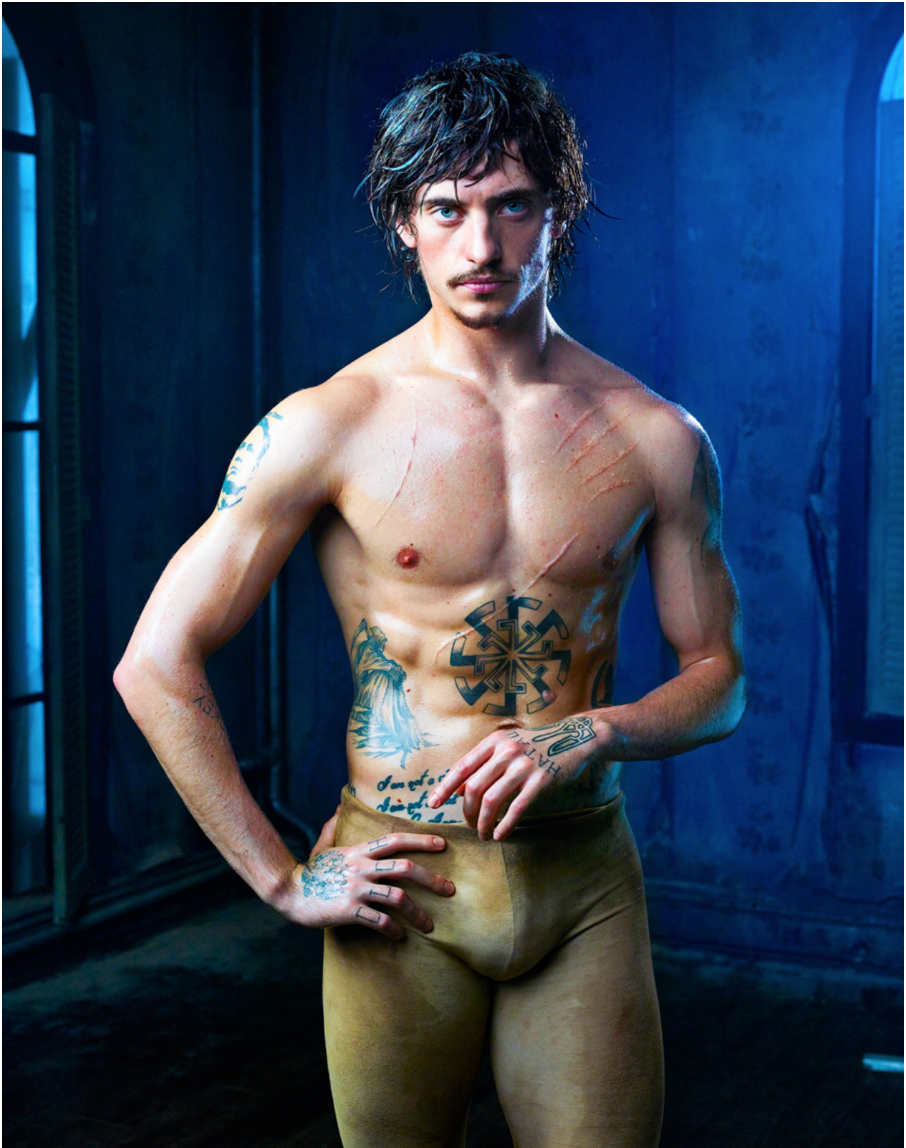 Without those collaborations—without Miley on the cover, without Amy Winehouse and Whitney Houston and Britney Spears for that matter—it would be just another art book. What that brings to it is the celebrity or the pop culture aspect of it, and yet, I can tell other stories and lead you into these other images that are not about celebrity.

I feel fortuitous to have those collaborations and it’s something I really love. By just embracing the world and not having rules for myself, I’m at the amazing place in life where as an artist I have the freedom to do what I want and say what I want. That means photographing someone who’s famous or not, but having the choice. These last eleven years have been about that: taking the time to do the images I want to do. 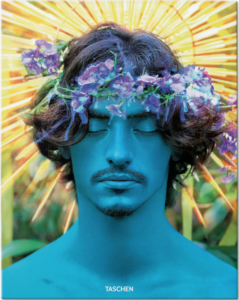 An Optimistic Apocalypse was featured in GUP#56, the Transition issue. David LaChapelle’s books Lost + Found and Good News are available from TASCHEN.