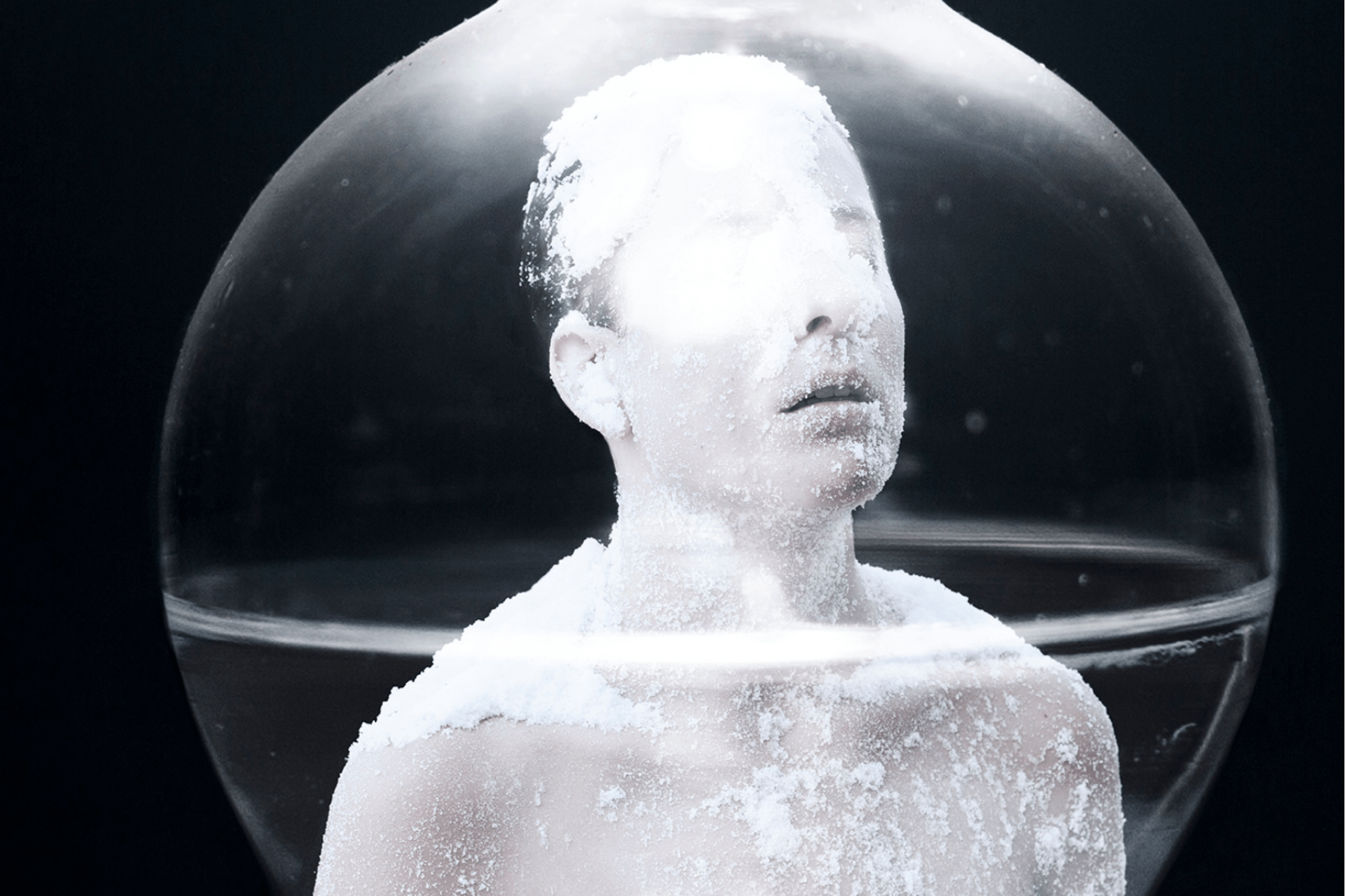 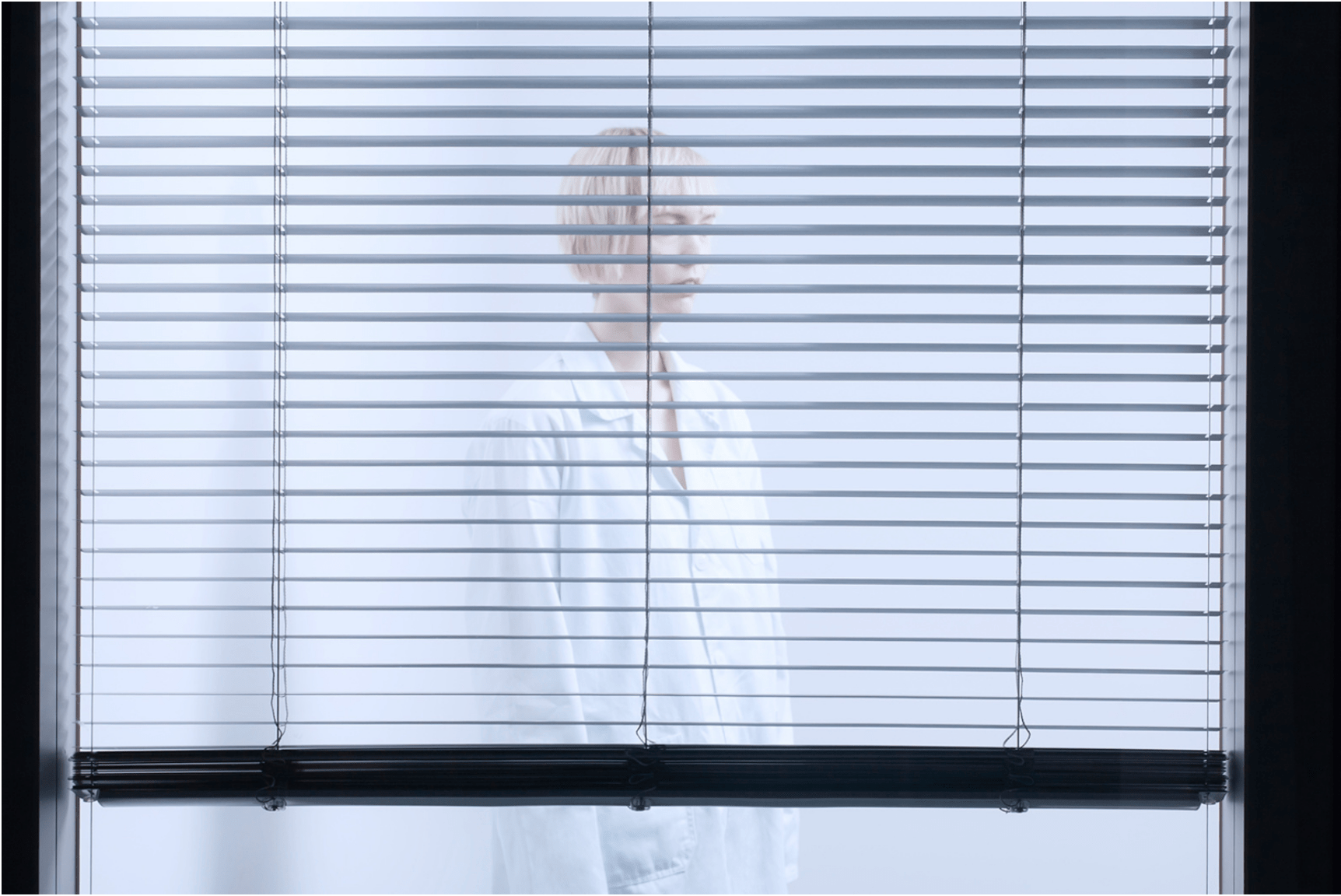 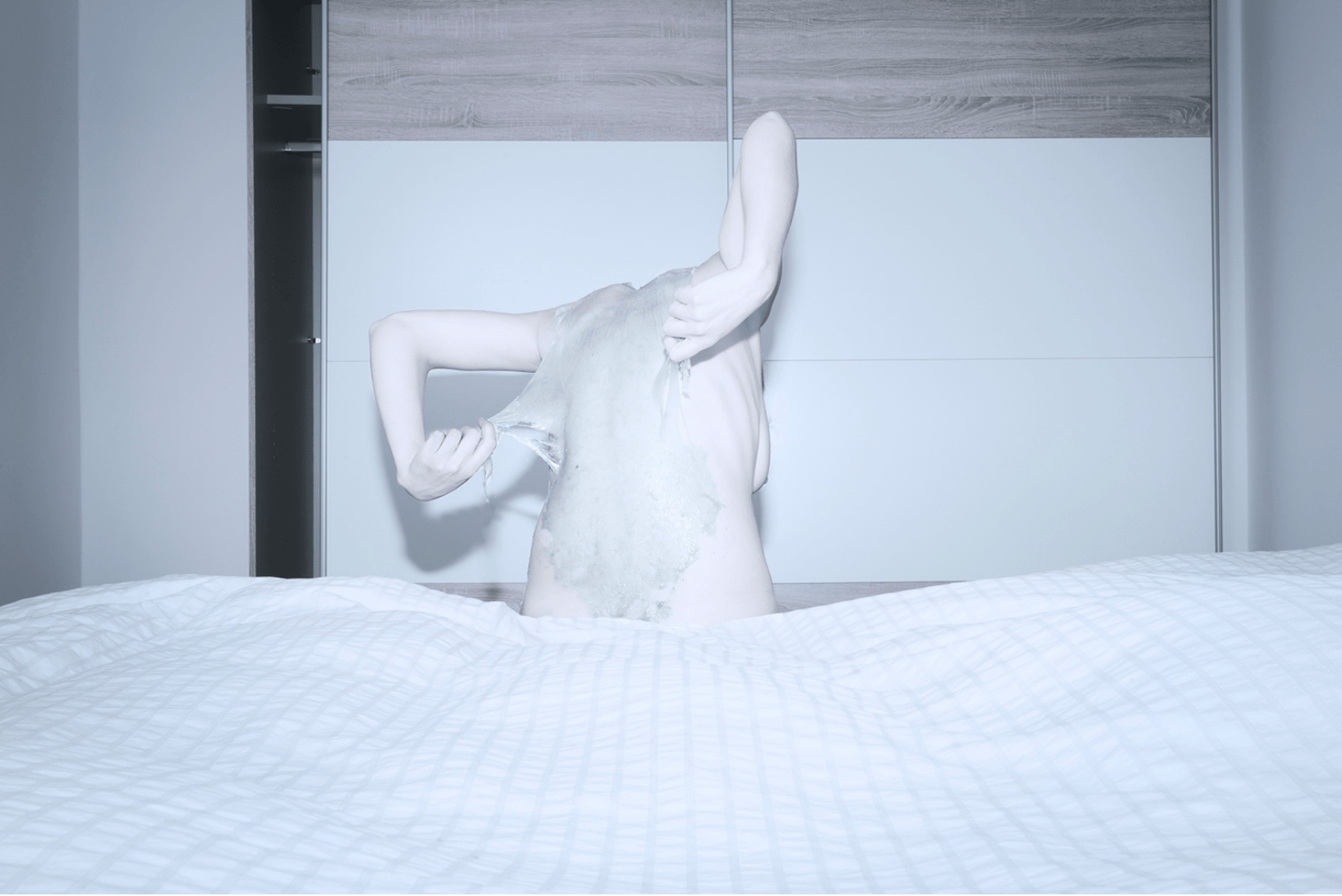 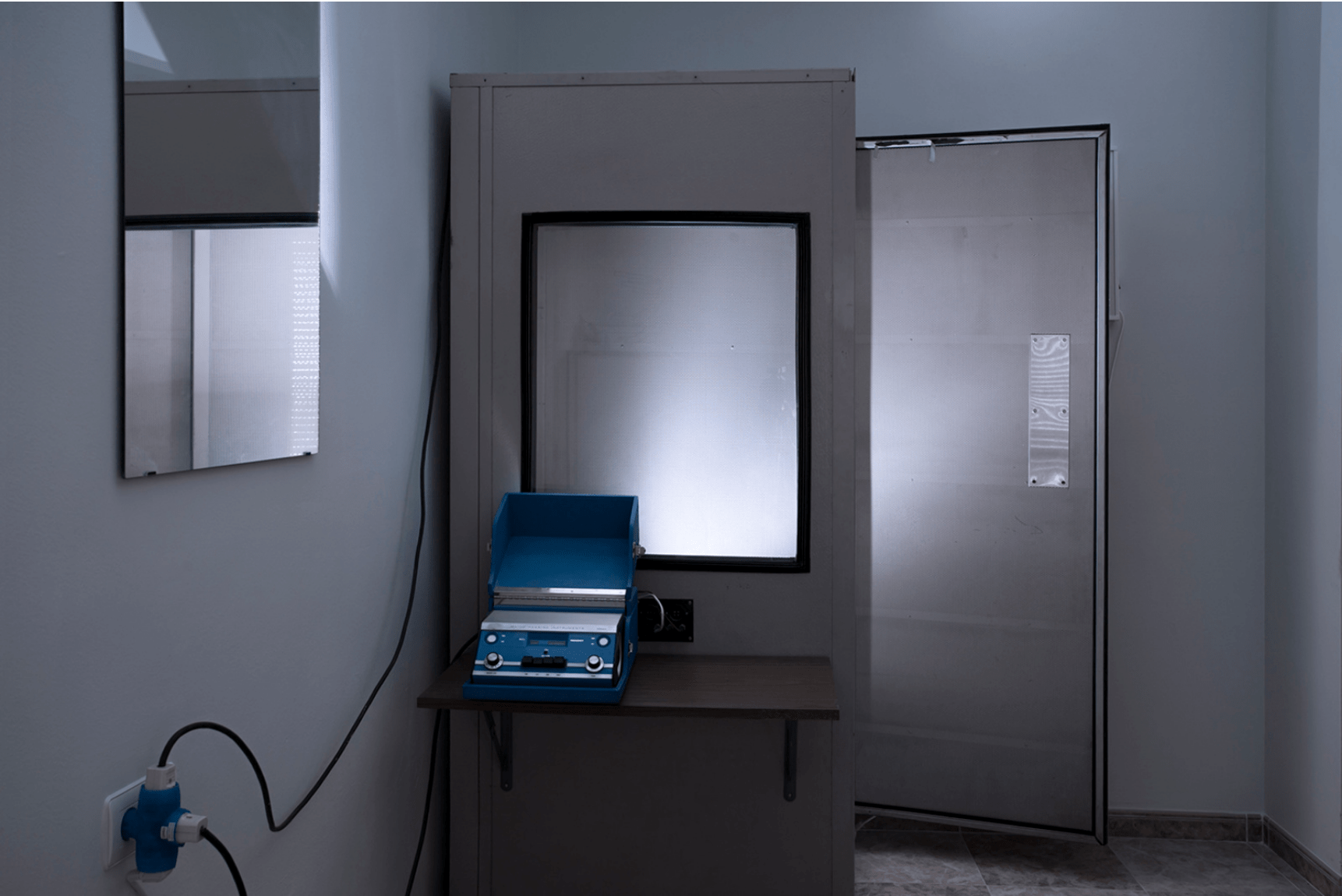 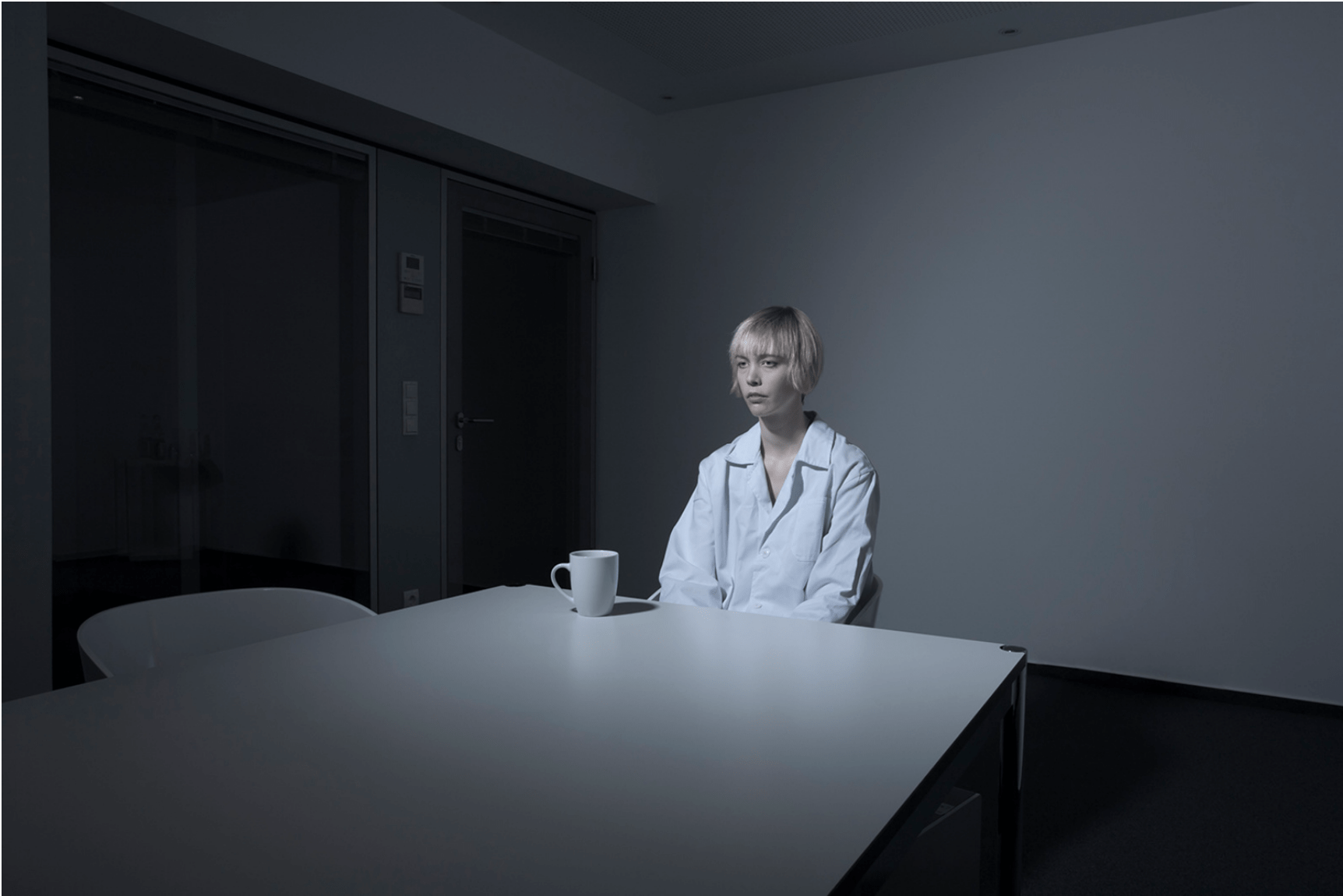 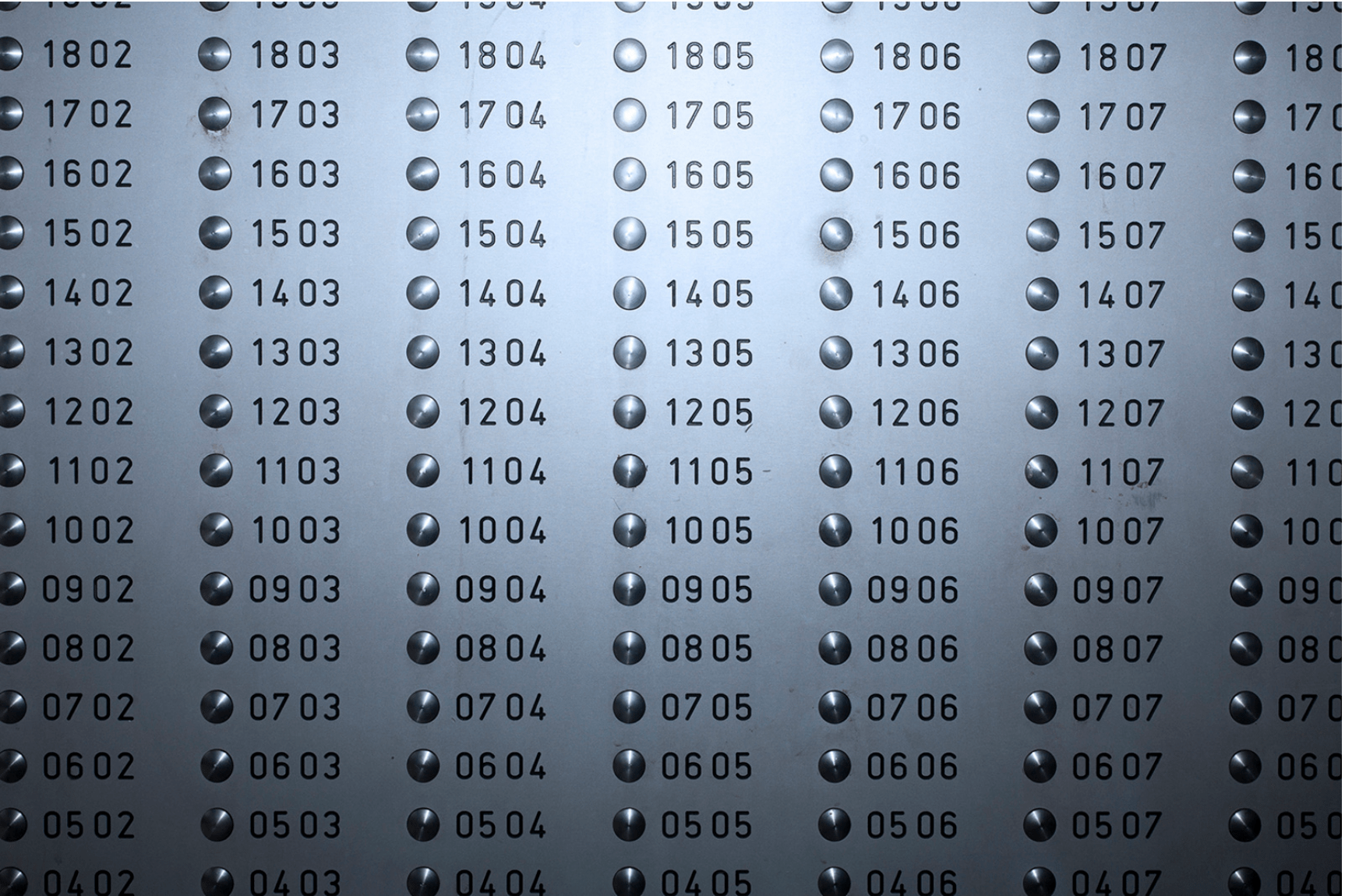 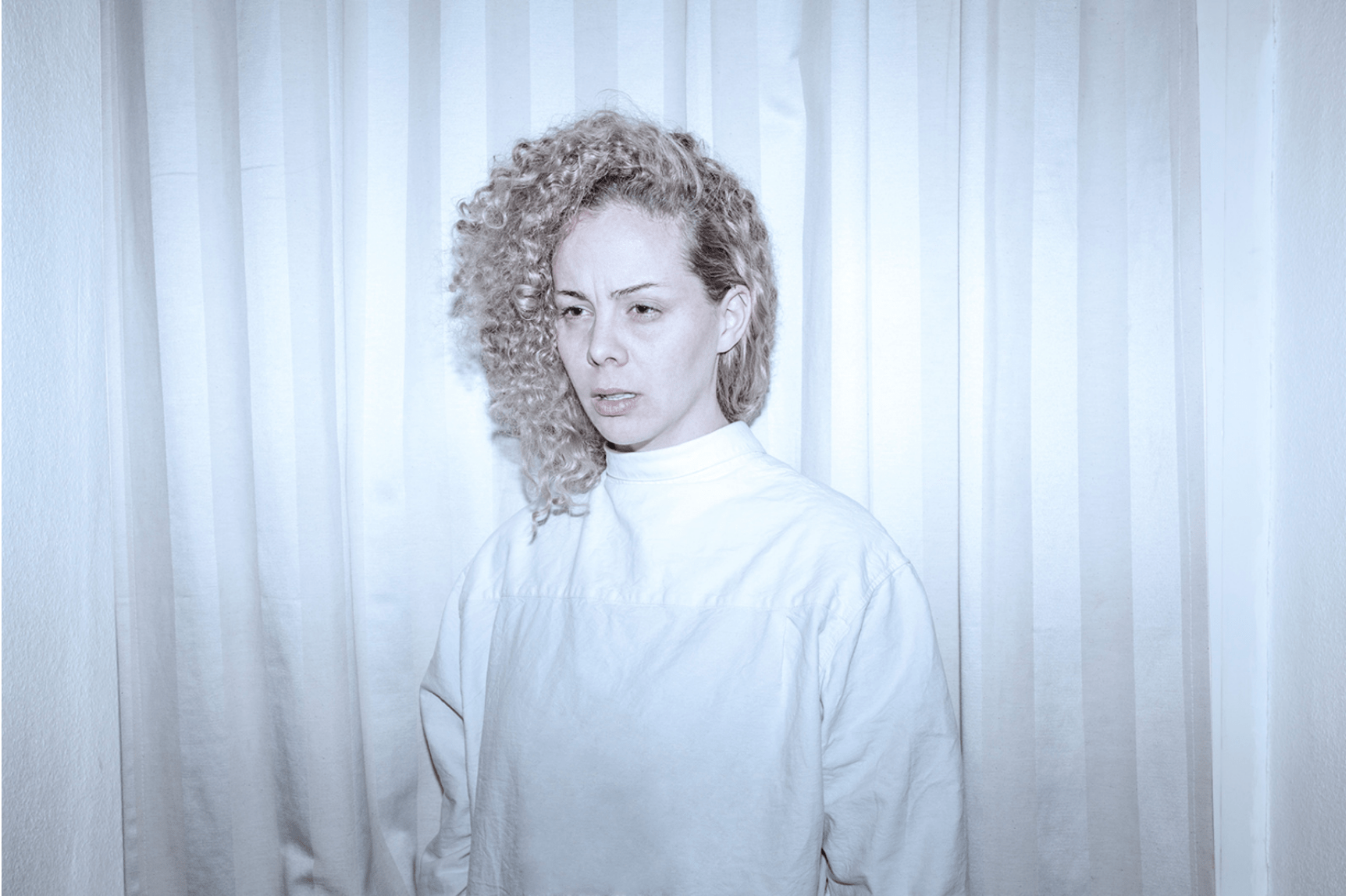 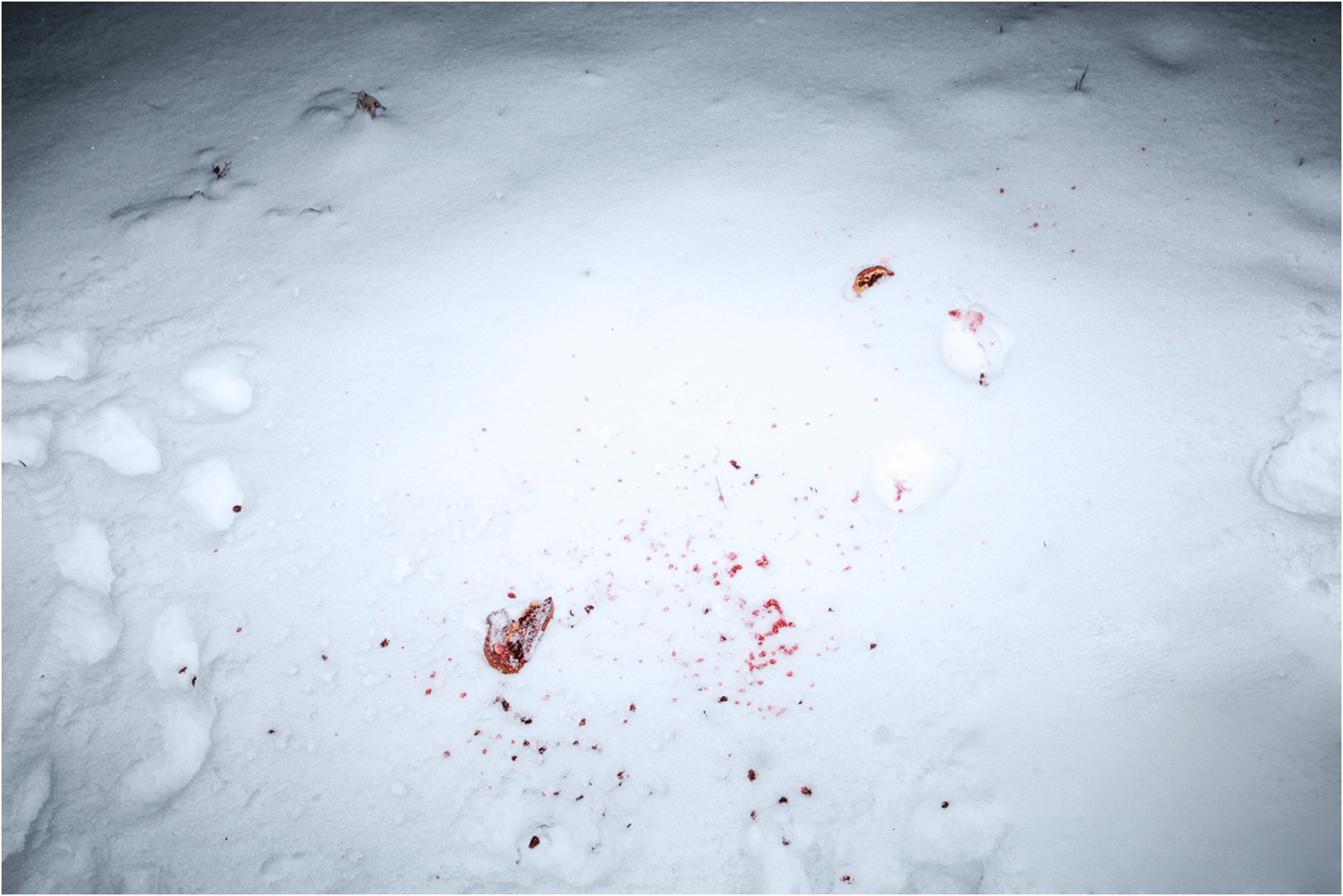 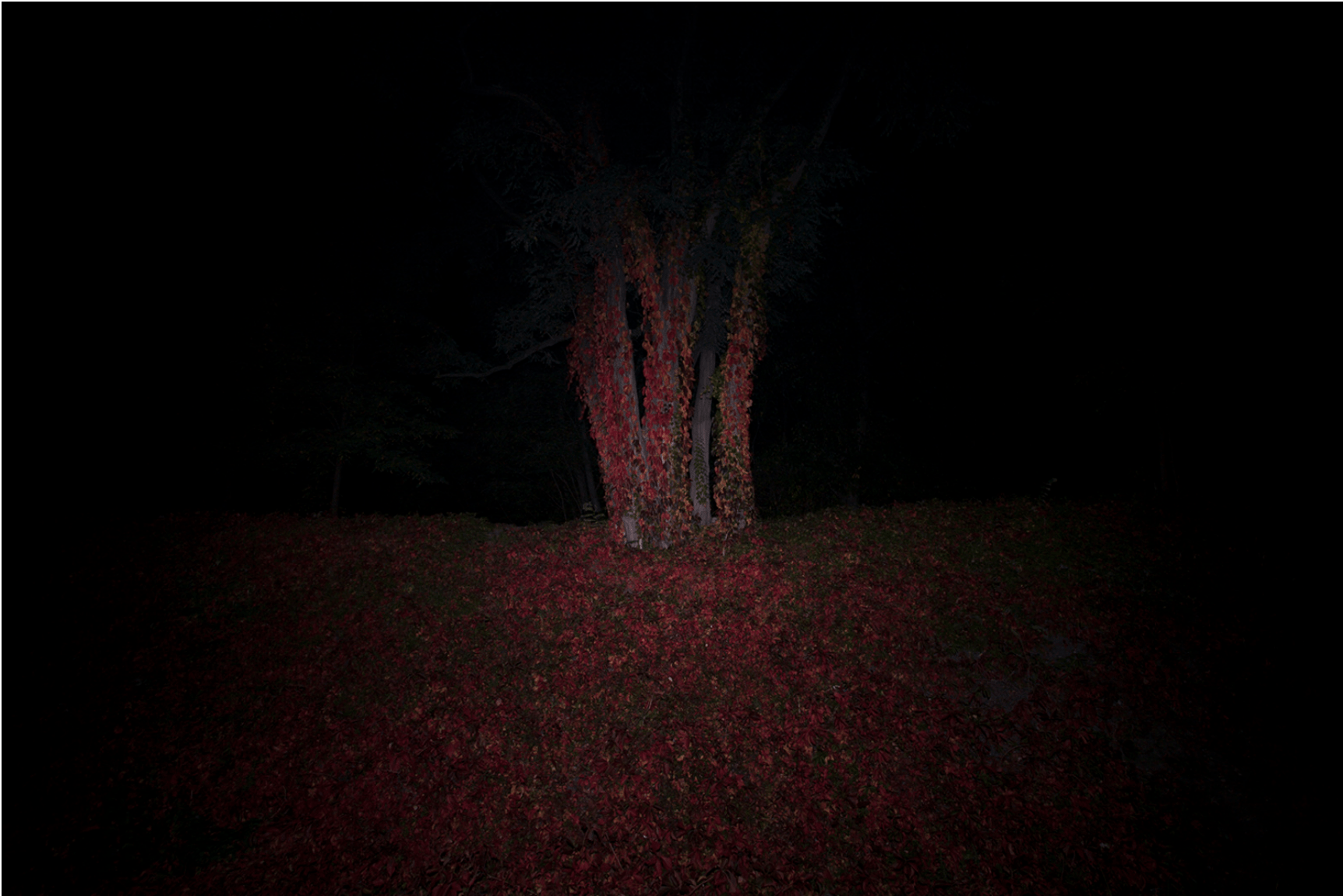 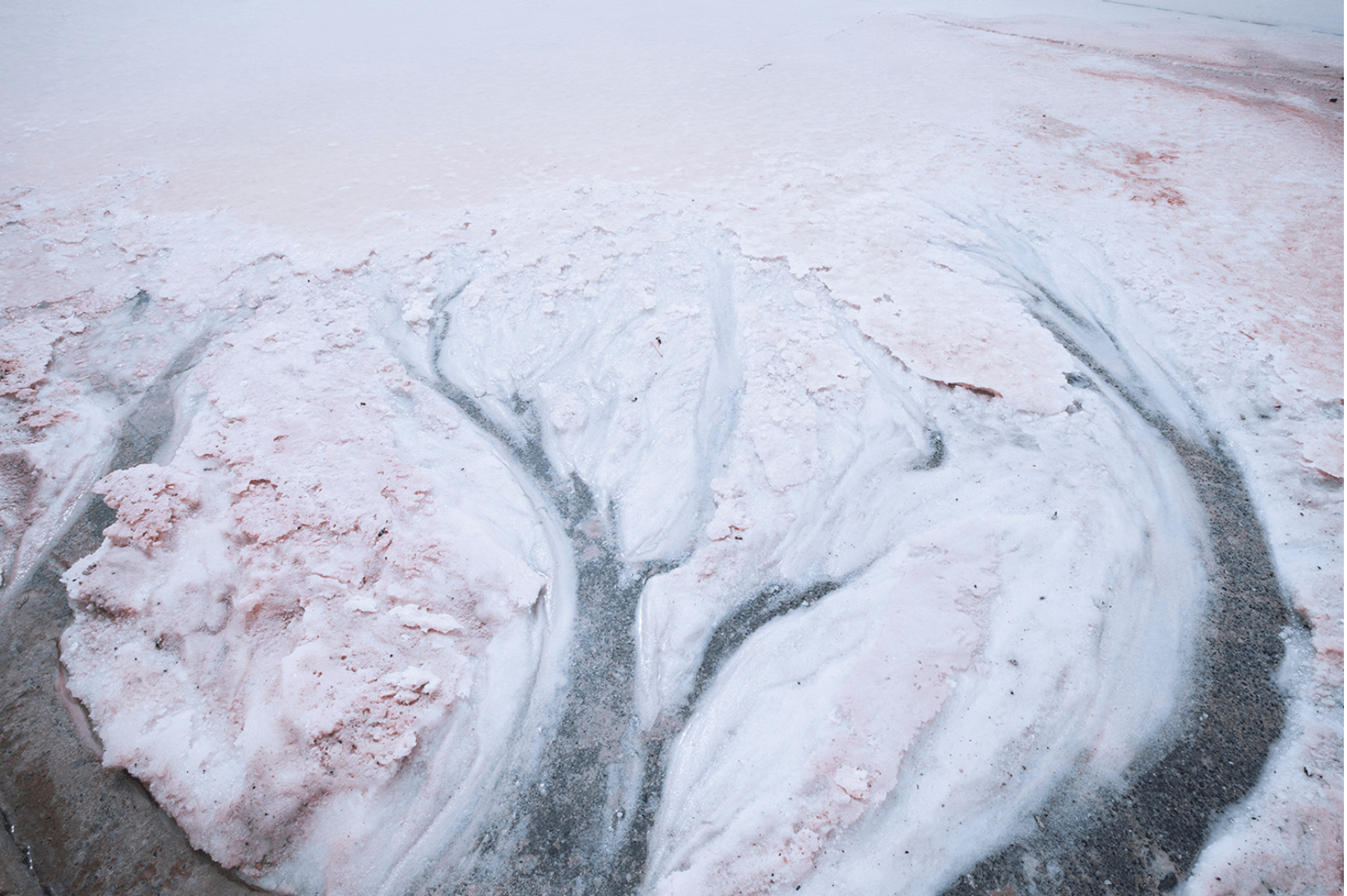 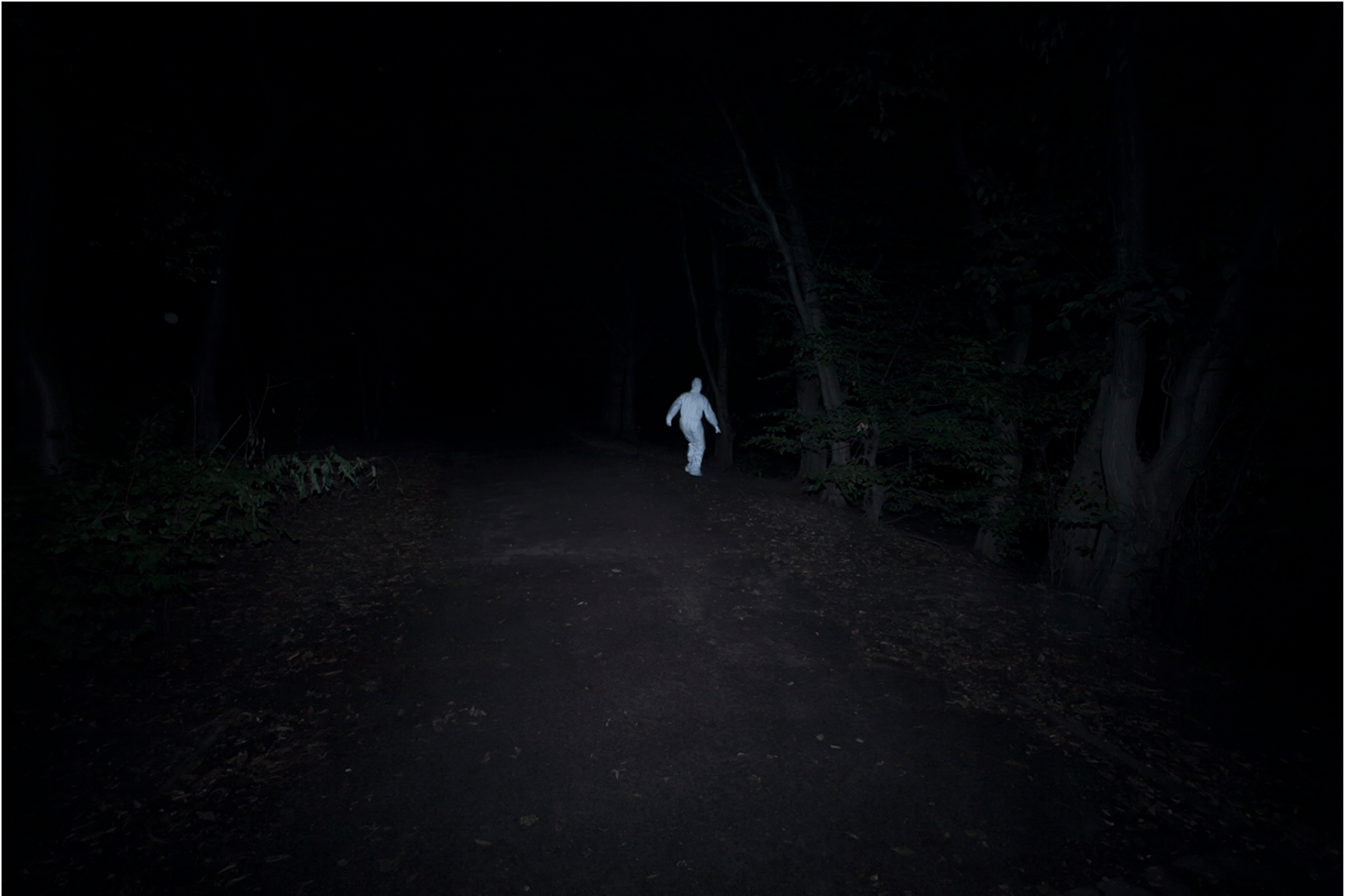 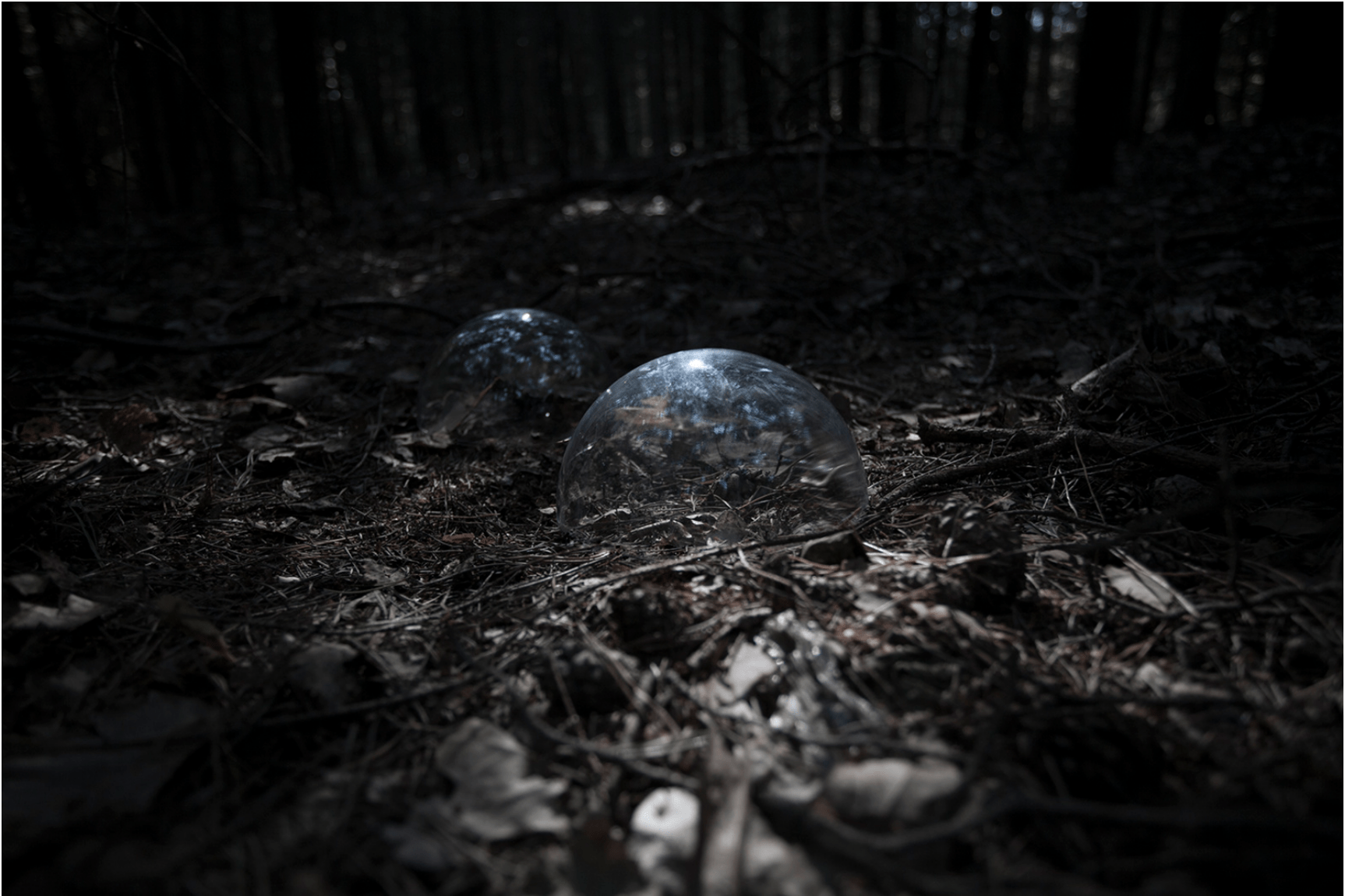 A.L.M.A.: AN INTERVIEW WITH MAR MARTÍN

Mar Martín (b. 1984), a Spanish photographer living in Berlin, has a cinematographic approach to photography. Her aesthetics are surreal and futuristic, her stories are open to interpretation. Her images are metaphors, giving the viewer the freedom to imagine the possible development of the suggested stories. Martín speaks to Maria Teresa Salvati about the project A.L.M.A., which has been presented at photography event Slideluck Naples, and her creative practice.

Could you tell us a bit about your relationship with the medium of photography? When and how did it start?

Photography for me is the medium I feel really comfortable with to develop projects, but it’s not the only one. I also love to work with video, sound and animation if the project asks for it. My first experience with photography was when I was 11 years old and I enrolled in a black-and-white photography workshop in a summer farm school. I remember the magic of the darkroom and the slow appearing of the image. Years later I attended a master’s in photography, concept and creation in Madrid. That is where I definitely jumped into digital photography and this has been my medium of choice ever since. I really love digital.

Your project A.L.M.A. – acronym for Atacama Large Millimetre Array, the most powerful set of telescopes in the world (also meaning “soul” in Spanish) – depicts a dystopic, frightening world. Does it represent your vision of the world and the future? Tell us how it was conceived and what’s behind the conception of the project.

My first inspiration came from reading the news about the first HR photography of the coldest place in the Universe (The Boomerang Nebulosa), taken from A.L.M.A. in the Atacama Desert. The importance of this discovery lies mainly in determining what happens to stars when they die, because the same will happen to the Sun at some point in time. Based on this information, I decided to create my own world, which is like a science fiction film, a place that only exists mentally. I use the “cold” that would arise if the Sun died from a psychological perspective. Can a person without humanity still be called human?

The discovery coincided with my return to Berlin, in winter. I experienced a kind of culture and weather shock. I decided not to escape these feelings, but put them to use and turn them into a creative project. I got inspired by the films of Tarkovski, David Lynch and Fritz Lang, series like True Detective and Black Mirror, and a professor who plans to be cryonised. The project, which was like a game to me at first, became serious over time. This kind of dystopia is very real. I think George Orwell’s 1984 is more current than ever. In this context, creative people should get more political, radical and critical towards our society. And so I should too. 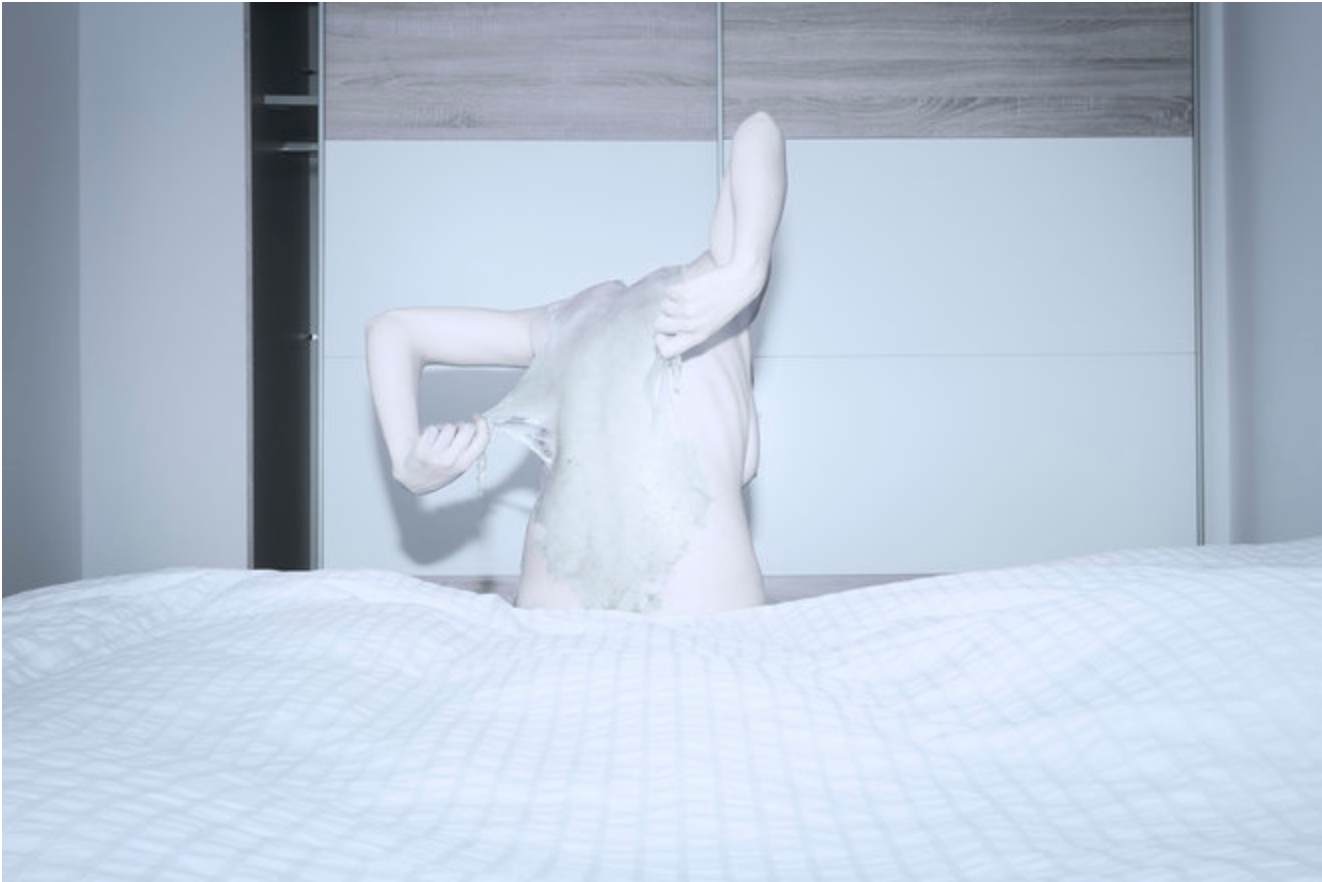 Going through A.L.M.A and other works, it is obvious your creative practice is deeply rooted in technology, science and human condition. Is there anything specific in your personal history, knowledge or values that has fueled these interests?

I really love everything that questions our world or human condition. Everything can change and nothing is certain. Scientists and physicists are always looking for answers and end up having more questions. I admire people who continually ask how everything works and can’t stop exploring. I love to read about quantum physics and understand nothing. I like to start with these themes and translate them into art, and connect both worlds. But, of course, my contribution is nothing compared to real science. I wish my work could be more analytical and research-based, but I also want to keep the fantasy alive.

With the images I make, I try to create mental places where reality and fantasy could co-exist. I try to translate questions into images that “disturb” the viewer. I love to play with light, colour and composition. Transforming everyday, common situations into totally new places, changes everything and confirms that truth could be very easy to modify or doesn’t really exist.

What are you currently working on?

I’m still working with the concept of “cold” but from a different point of view. This time I’m trying to travel to the past. The Anthropocene, and how we humans are destroying our planet, is a very current topic. Our influence on the Earth has actually caused a new era to begin. I am investigating the Pleistocene, migrations and extinction of species like mammoths. The most southern place where remains of the mammoth were found was in southern Spain, very near to my family’s house. They were the same type of fossils found in Siberia, which demonstrates that 40.000 years ago mammoths had to migrate from Siberia to the South to survive. I compare it to what’s happening nowadays. By transporting us to a distant past, I try to make us think about our human condition and realise that our existence as humans is not more significant than that of other species.

Martín obtained a bachelor’s degree in Fine Arts at the Alonso Cano Faculty of the University of Granada and then studied at the Academy of Fine Arts of Munich before getting an International master’s degree in photography, concept and creation at the EFTI, International Center of Photography and Film in Madrid.