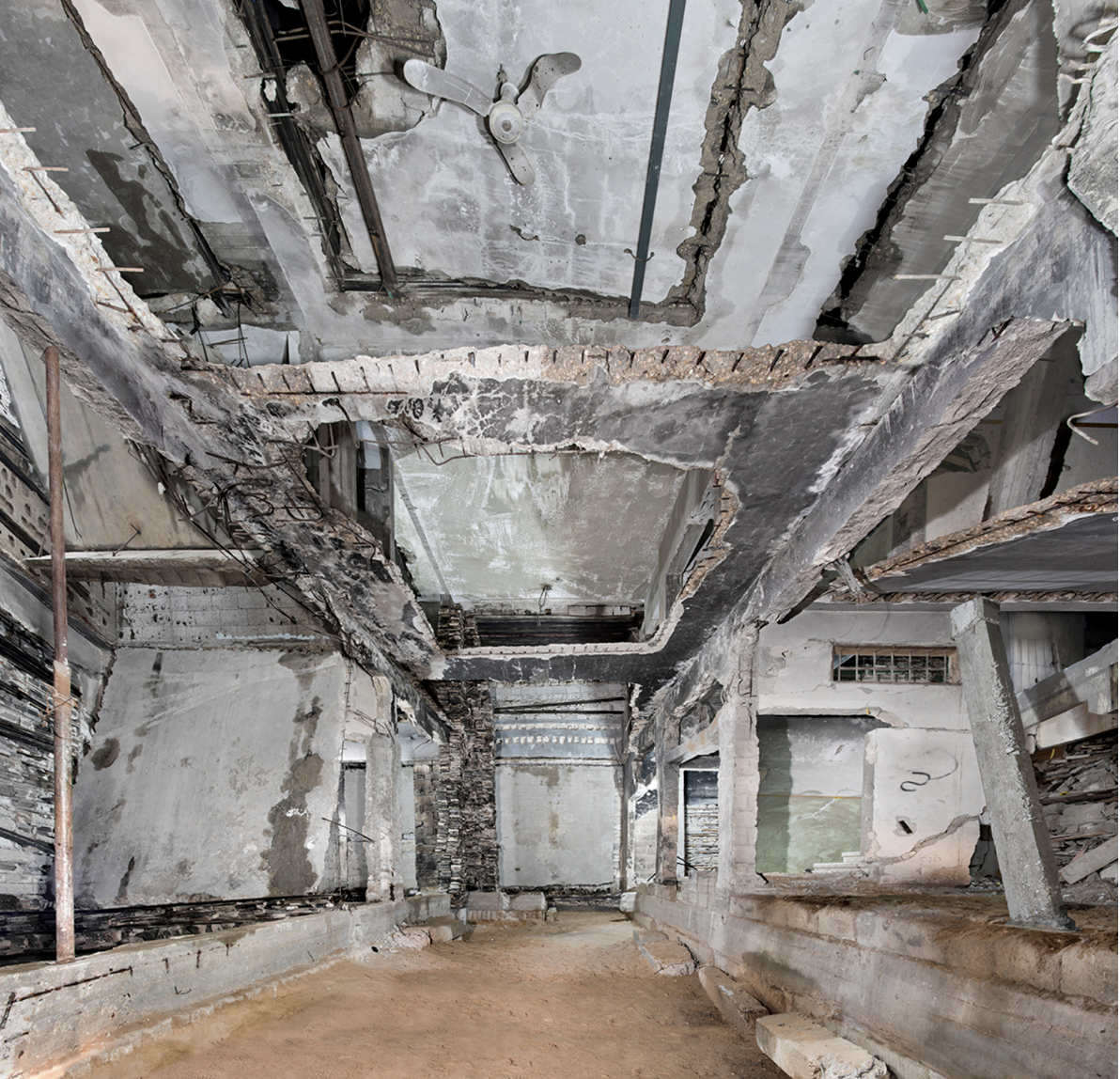 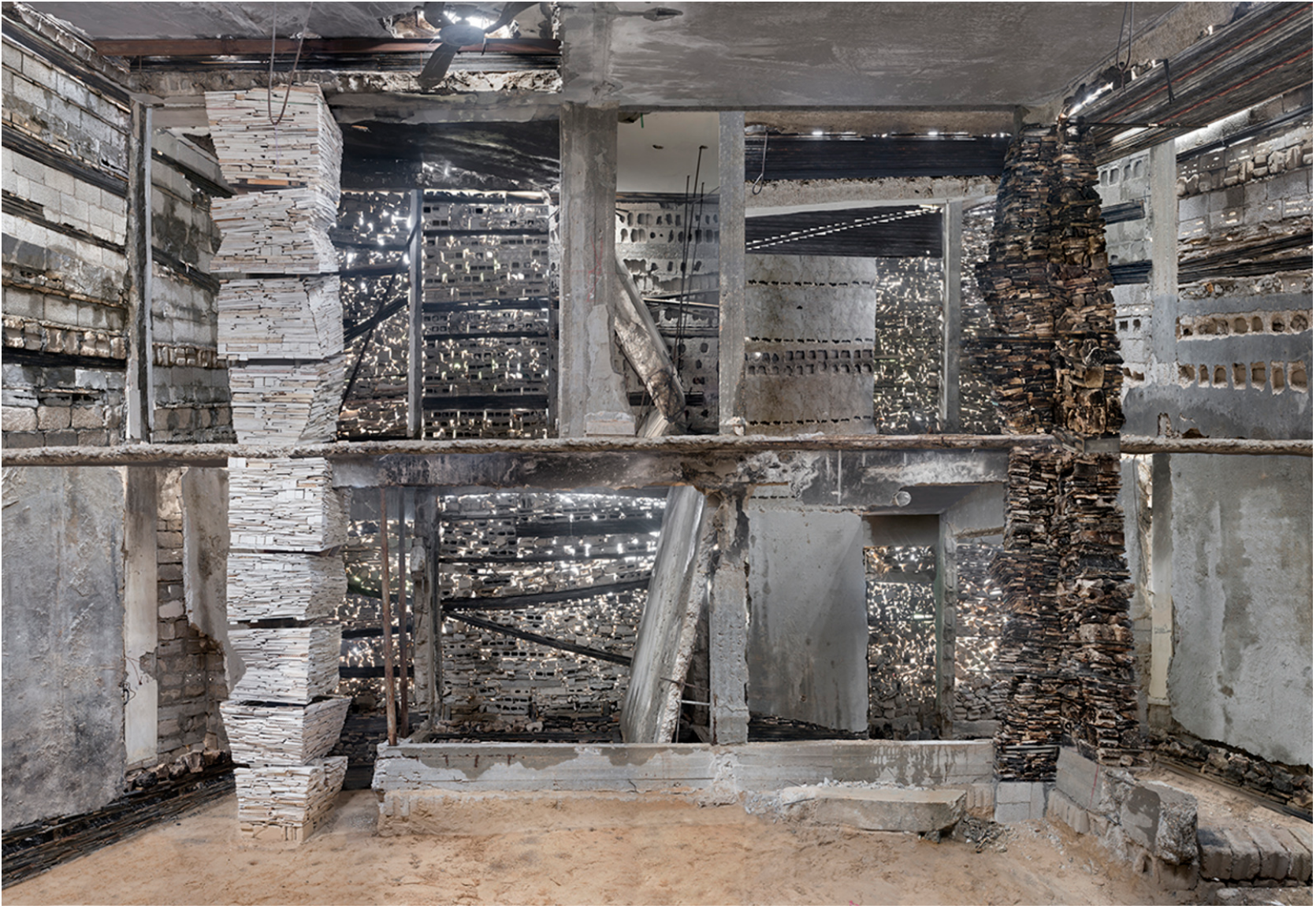 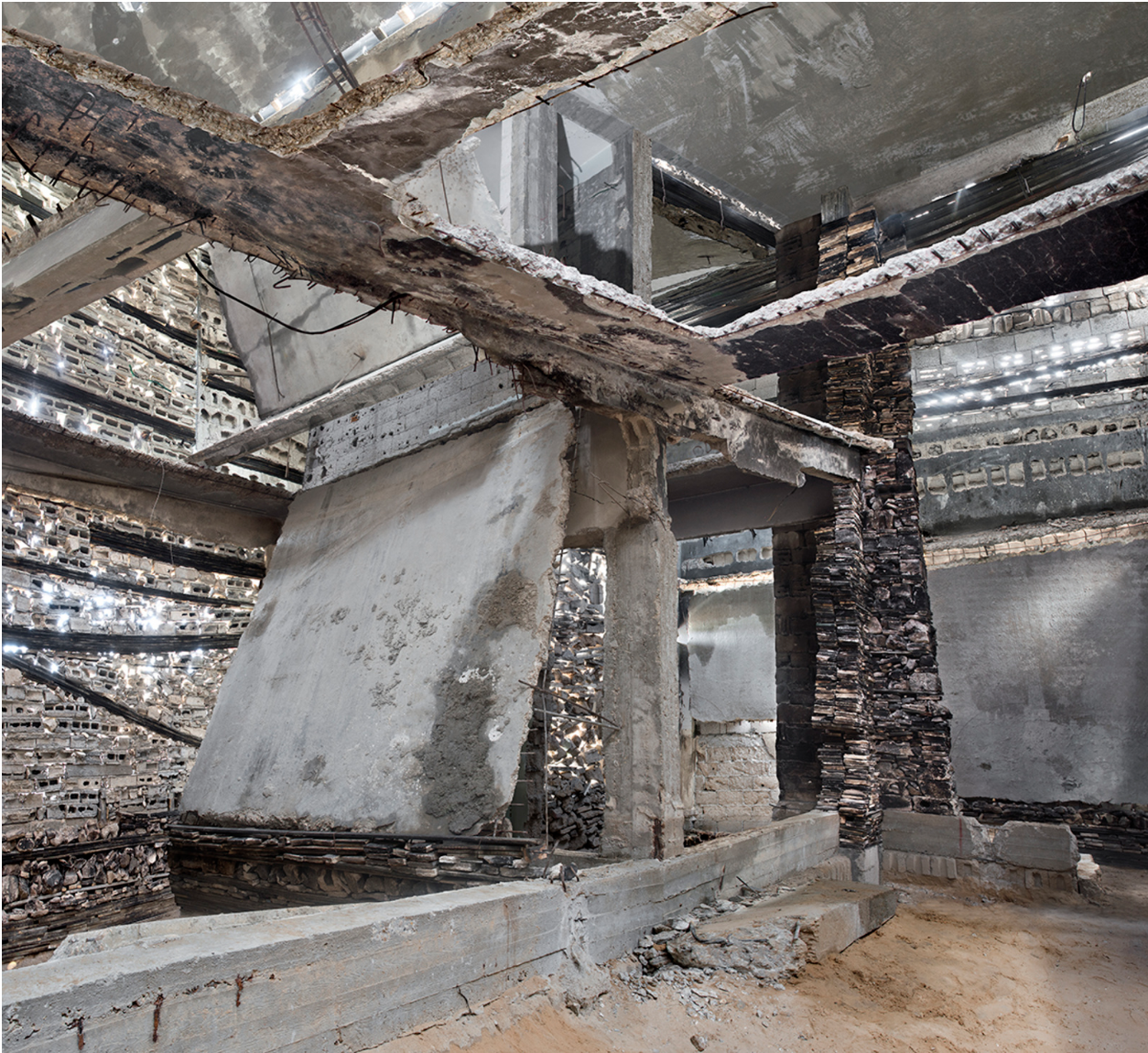 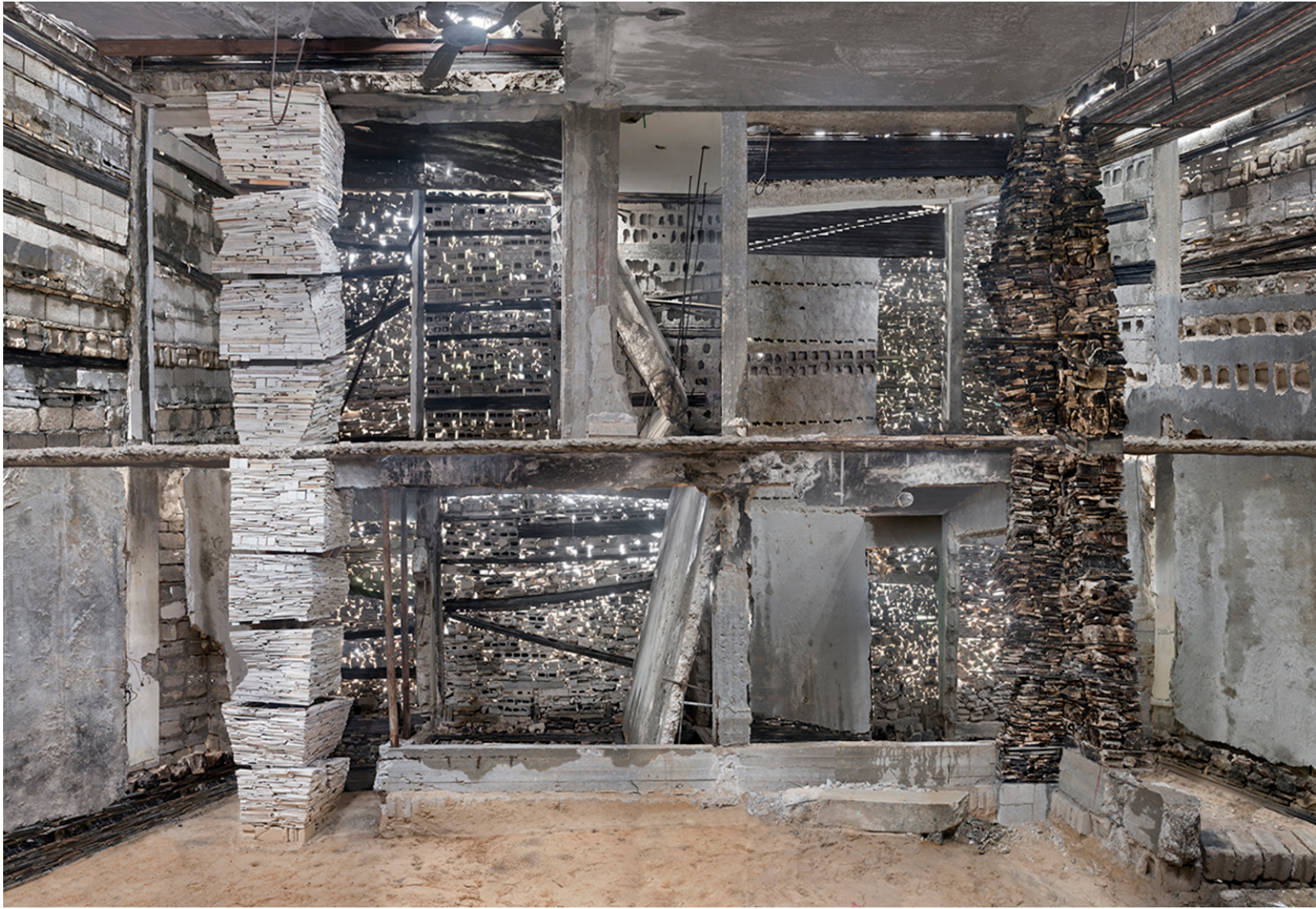 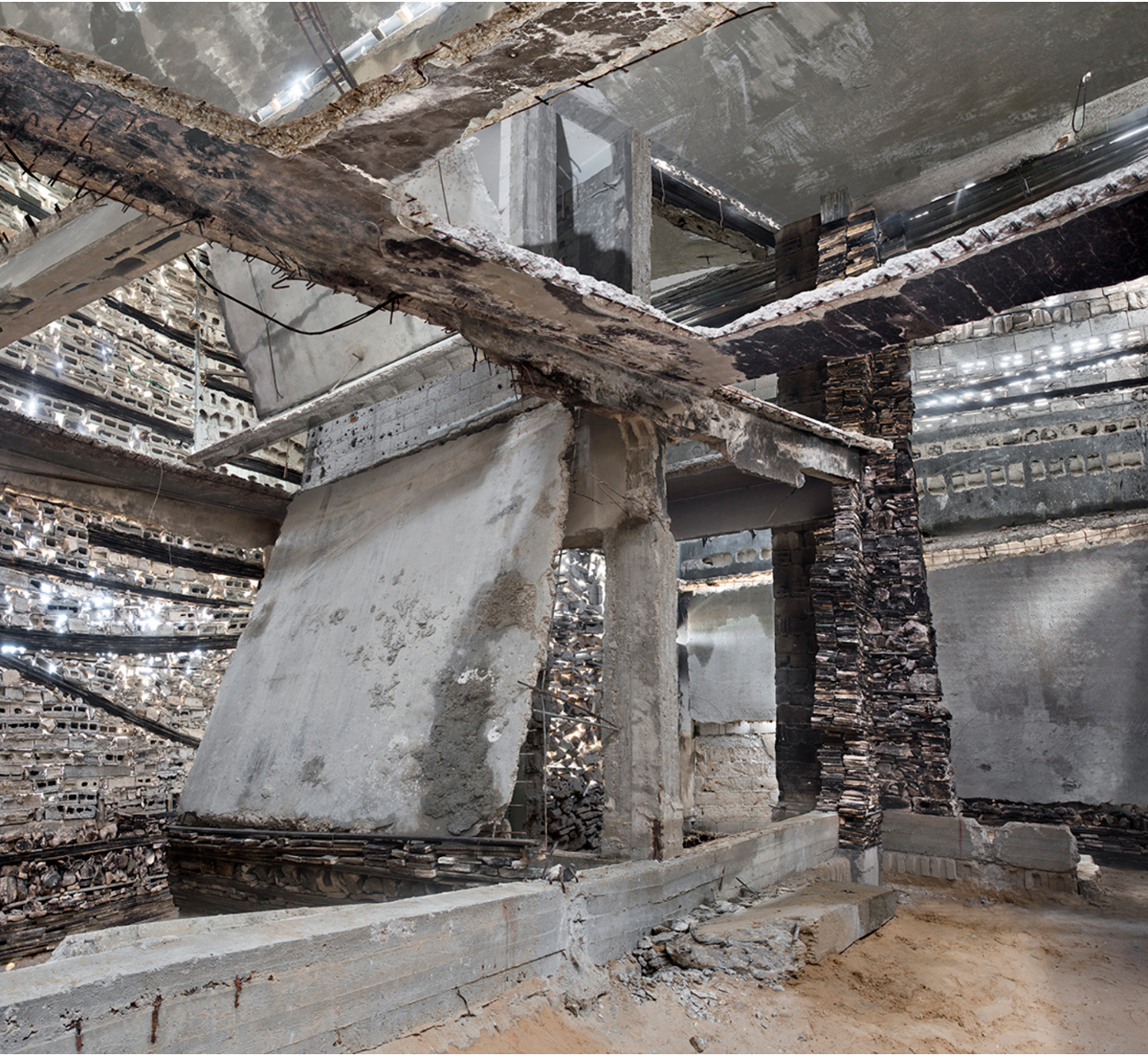 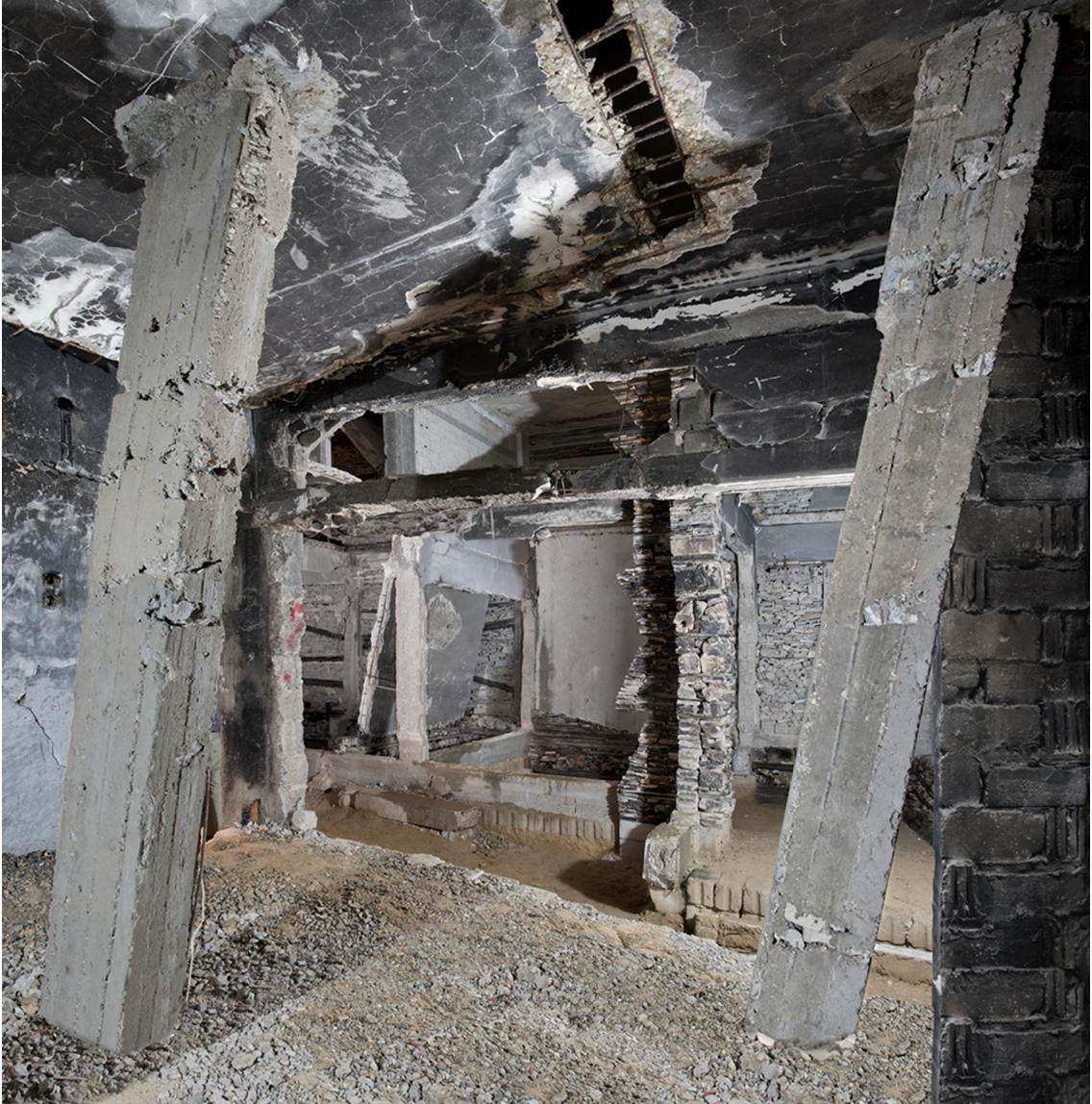 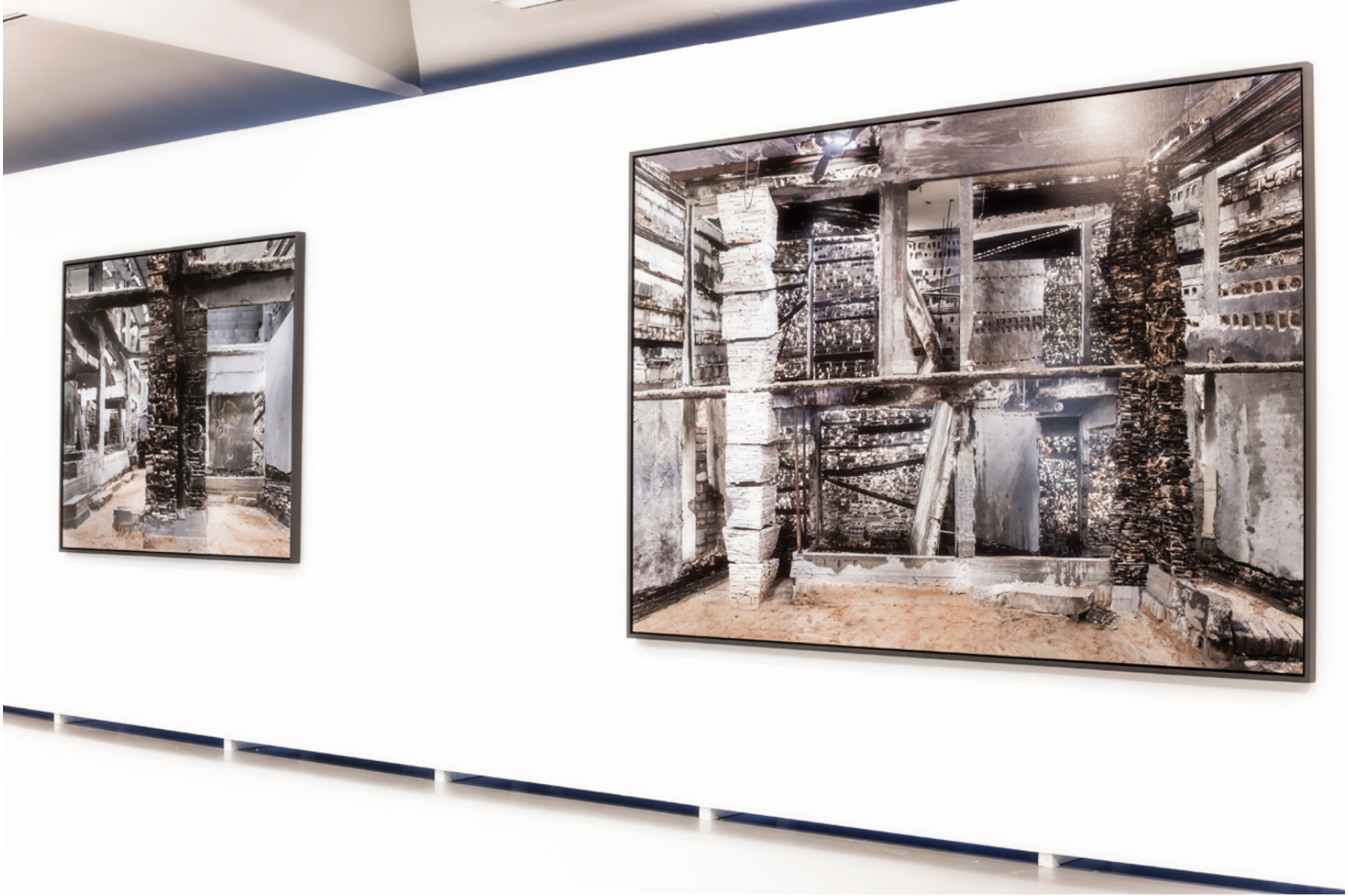 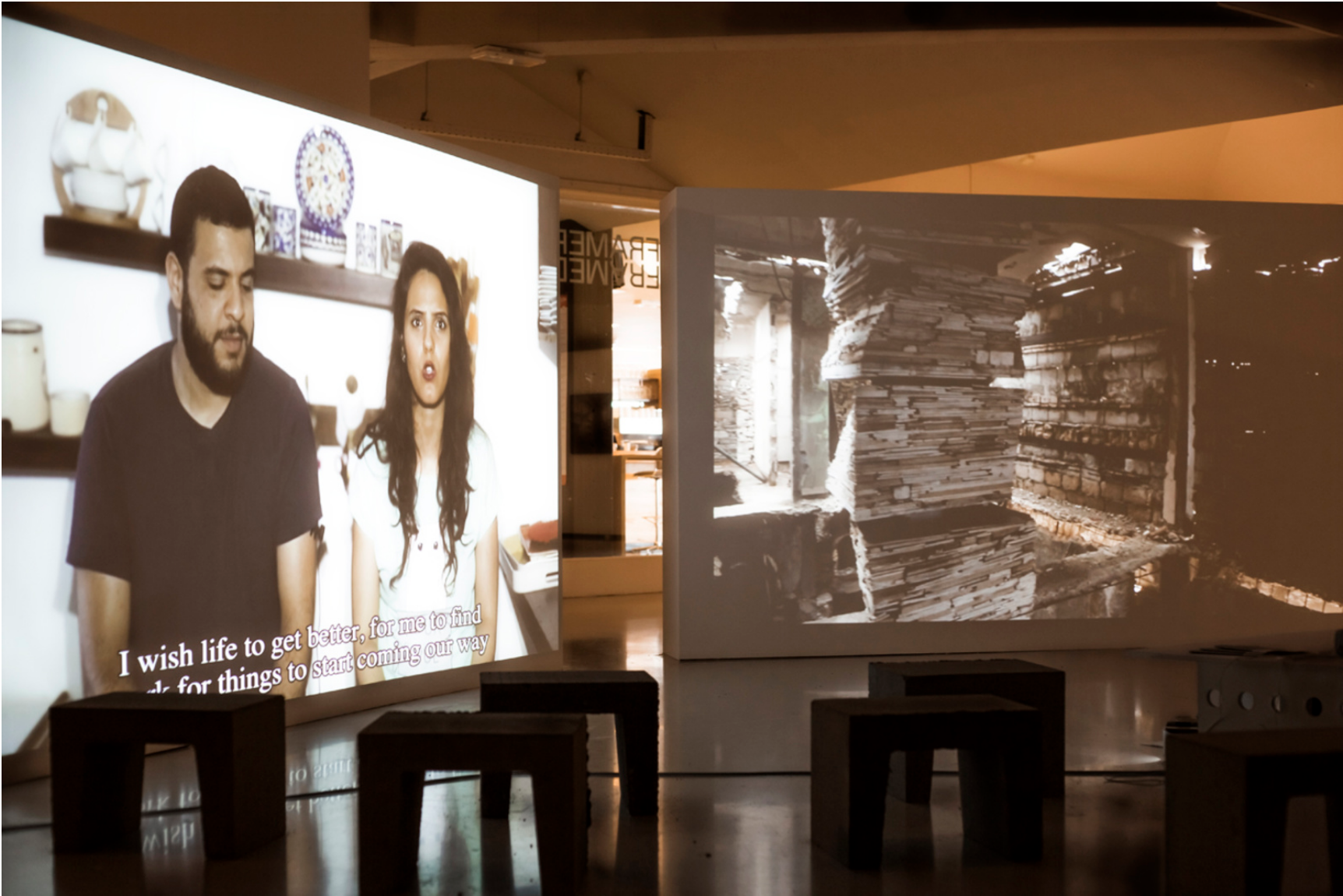 On a hot and humid day in Tel Aviv a few years ago, I was babysitting a toddler, when all of a sudden, a loud alarm sounded and I found myself surrounded by panicking people. It was time to run – so I did, stroller in hand, together with many other pedestrians, into a nearby strong-looking residential building. The residents of that building kept the doors of their home open for anyone on the street to come inside and take shelter. We crouched down for a few minutes by the stairwell and waited until it was ‘safe’ to leave. A woman standing beside me shared how her sister’s neighbour was wounded from a missile fired by Hamas. She said all the children in the south were forced to stay home from school. This wasn’t my first experience running for shelter in Israel, but it was Adam’s – the little boy that I was babysitting. After much crying and confusion, everything and everyone calmed down and no one was harmed.

This fortune in Tel Aviv did not transpire in other parts of the country. In the south of Israel, as with the Gaza strip, many people were hurt and lost their belongings and homes. This conflict went on for approximately seven weeks and it left many people distraught and wounded – physically, emotionally and economically.

The memory of this experience, which I hadn’t thought of in some time, came rushing back to me while viewing an exhibition of Dutch artist Marjan Teeuwen (b. 1953). In the exhibition HOME at Framer Framed, in Amsterdam, we see pictures of the house that Teeuwen built. One like many in Israel, including that residential building in which I took shelter.

It is quite popular for photojournalists and artists to capture the destruction of homes and the injuries people have incurred in war zones and armed conflicts. Yet, it is quite unique for an artist to reconstruct a destroyed home.

In September and October 2016, Teeuwen stayed in the Gaza strip and created an on-site monumental architectonic installation of a destroyed house. Teeuwen’s installation Destroyed House Gaza came into being in a residential home in southern Khan Youngish/Rafah, which, like many homes in those areas as well as in Israel was destroyed. In the exhibition HOME, Teeuwen’s photographic series is presented, alongside a film that gives voice to some of the Palestinians who faced this situation. Specifically, the people in the video are relatives of the owner of the destroyed house. They talk about their hopes, which, together with the house, have been destroyed.

What shape does the loss and reconstruction of a home look like? Teeuwen’s photographs provide a window through which we can begin to see the tremendous loss and damage done when a bomb destroys a home – and far beyond the physical space and functional purposes that homes serve. In the above photograph, Teeuwen captures two floors, separated by a thin layer. The inside of the house consists of stacks of rubble that Teeuwen assembled – drawing our attention to the massive amount of materials destroyed during the war. The light seeping through the cracks evokes a sense of hope that is experienced by the Palestinians as well as the Israelis on the other side. Teeuwen’s other photographs give us a perspectival view – except that instead of having a vanishing point towards infinite space, there is a closed door reminding us of the wall that separates the people of Palestine and Israel. For me, though, this closed door represented the closed-minded state of being that both the Israelis and the Palestinians have about each other, as well as the close mindedness that people tend to have about Israel and Israelis.

What Teeuwen’s project – both her installation and the documentary photographs that are shown at the exhibit HOME – touches on, are the deeply personal ways we are connected to our homes. A home, as a space where families gather, share, change and connect, is deeply personal and important. This notion can be shared across the borders separating Israel and Palestine and can be experienced by anyone across the world. Home is a space where memories and bonds are made. When the space of our home is demolished or when we are forced to leave it, those memories and bonds are shaken, but certainly not eradicated. It is precisely this sense of resilience that the photographs capture. Rebuilding the destruction of this particular home, just as the people living in Gaza and southern Israel had to do, testifies to their strength to carry on.

In addition to being highly thought-provoking and touching, visiting the exhibition HOME was a truly emotional and strange experience for me. I was there, approximately 70 miles away from this very home that was destroyed during the Israeli – Hamas conflict in 2014. While I ran into shelters a dozen or so times, and had friends who were soldiers during this conflict, and knew people who were injured in the South of Israel, because I was in Tel Aviv, I was kind of in a bubble. There, we did not experience anywhere near to all the chaos that occurred in the south of Israel and in Gaza. Between missiles being launched, I, like my friends and like all people living in the city, went to the beach and work and the grocery store, like usual. Yet, despite this sense of normalcy, there was of course still fear, sadness and anxiety running through everyone’s veins. How could there not be? So, though it was not my house that was destroyed, Teeuwen’s photographs, especially those of the interior, evoked powerful memories for me of that summer, and waiting in the stairwell with Adam, while sirens wailed.

Meanwhile, in the exhibition, I found myself surrounded not by Palestinians and Israelis but a European, primarily Dutch group, who seemed far removed from those difficult and highly complicated months of July and August in Israel. War hasn’t taken place in The Netherlands in decades. How could this group of people possibly understand what the family who lost their home felt like?

The curator of HOME, Meta Knol, spoke to her position of being an outsider to this, while at the same time how Teeuwen’s work does provide a glimpse into the experience of these people. Knol said, “I am aware of the complete inability to experience what living in a war zone means, because obviously I was no more than a temporary guest, travelling in and out of Gaza as a privileged passenger”. She addresses this by explaining that, “this project called ‘HOME’ creates a space at Framer Framed in which war is, somehow, transferred from Gaza to Amsterdam. Thus, disaster is transcended into art, in order to be experienced by you”. The war cannot be transferred, but the experience of losing a home, can be and is felt by visitors. For example, I spoke with my Dutch friend Lauren, during and after our visit to Framer Framed, and hearing her response reaffirmed the power art can have to transcend time and location in order to touch those who view it. Lauren shared that the project was important for her to see and brought the suffering of losing a home to her mind and attention in a powerful and moving way.

The photographs also illustrated something by their exclusion – Teeuwen built and photographed one house, on one side of the conflict, not two. This made me hyper aware of the ethical repercussions of solely representing one side. What could the viewers possibly think of the other side? Memorabilia and school days become lost and missed on both sides of the border.

The fact that HOME barely even mentions the conflict, Israel or Hamas (a terrorist organization that perpetually harms their own citizens), was also very peculiar. But, in the end, I was pleased and relieved – because many contemporary academics and artists speak about and represent Israel in such a misleading and disturbing hyperbolic light that is often not grounded in truth. Additionally, by not mentioning the conflict and instead focusing on the space of the home, the exhibit focuses on the citizens’ displacement and resilient memory and ability to recreate their homes.

I deeply appreciated and was moved by Teeuwen’s reconstruction of this house as her art brings this complicated time to the forefront of people’s minds. Her work is an example of what cultural critic Susan Sontag said: “[art] is not only about something; it is something. A work of art is a thing in the world, not just a text or commentary on the world”. Indeed, Teeuwen’s piece is something it brings this far-removed destruction and feeling of displacement to Amsterdam. Therefore, while of course the people I was surrounded by did not experience Teeuwen’s photographs as I did, I am sure that each of them were, in their own way, touched. I, on the other hand, am just now putting to words the tangled, strange and sad emotions evoked in me by this exhibit, as I ask again what it means to consider all sides.

HOME will be displayed at Framer Framed until September 3, 2017. 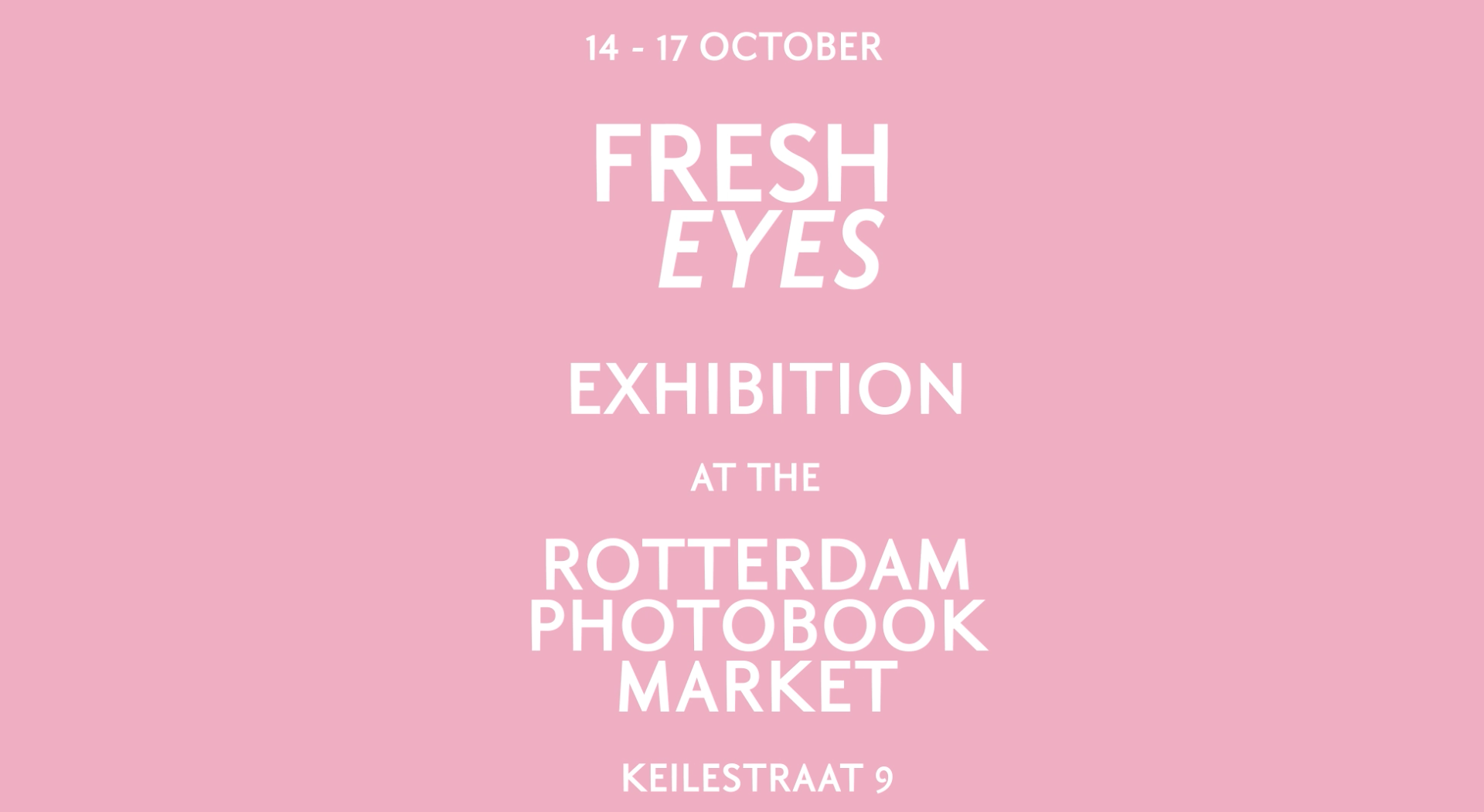