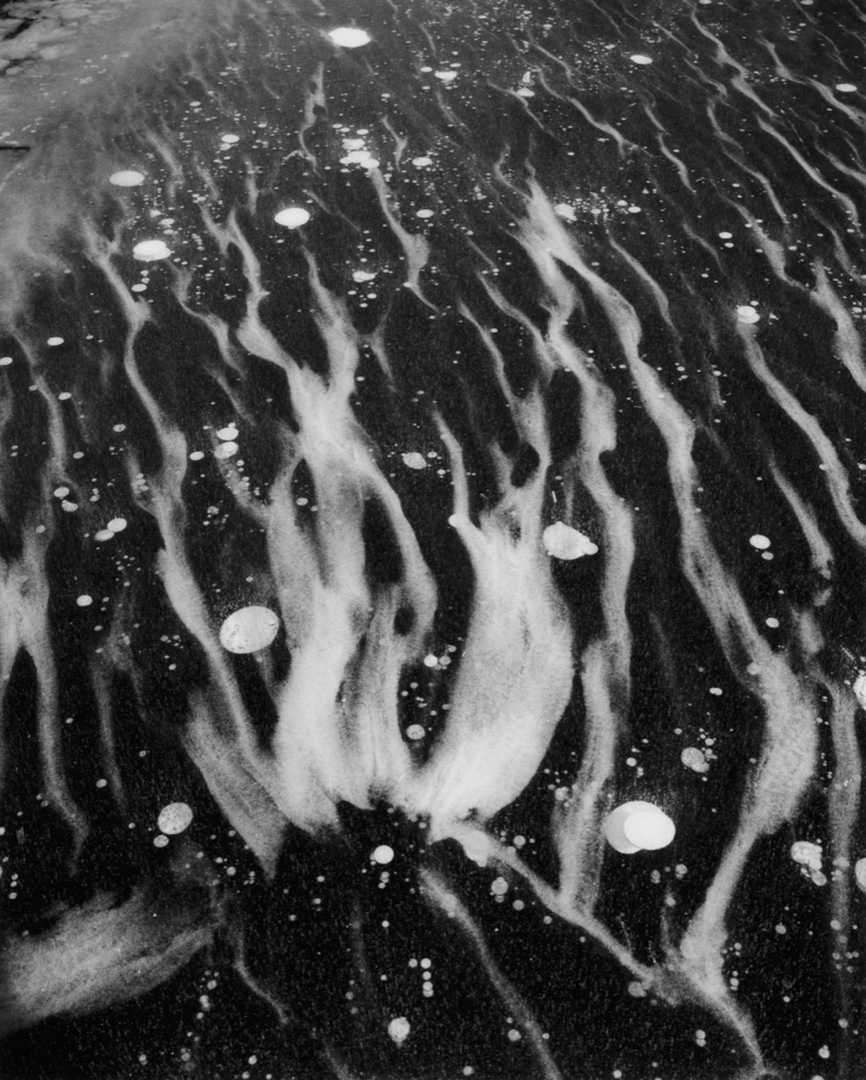 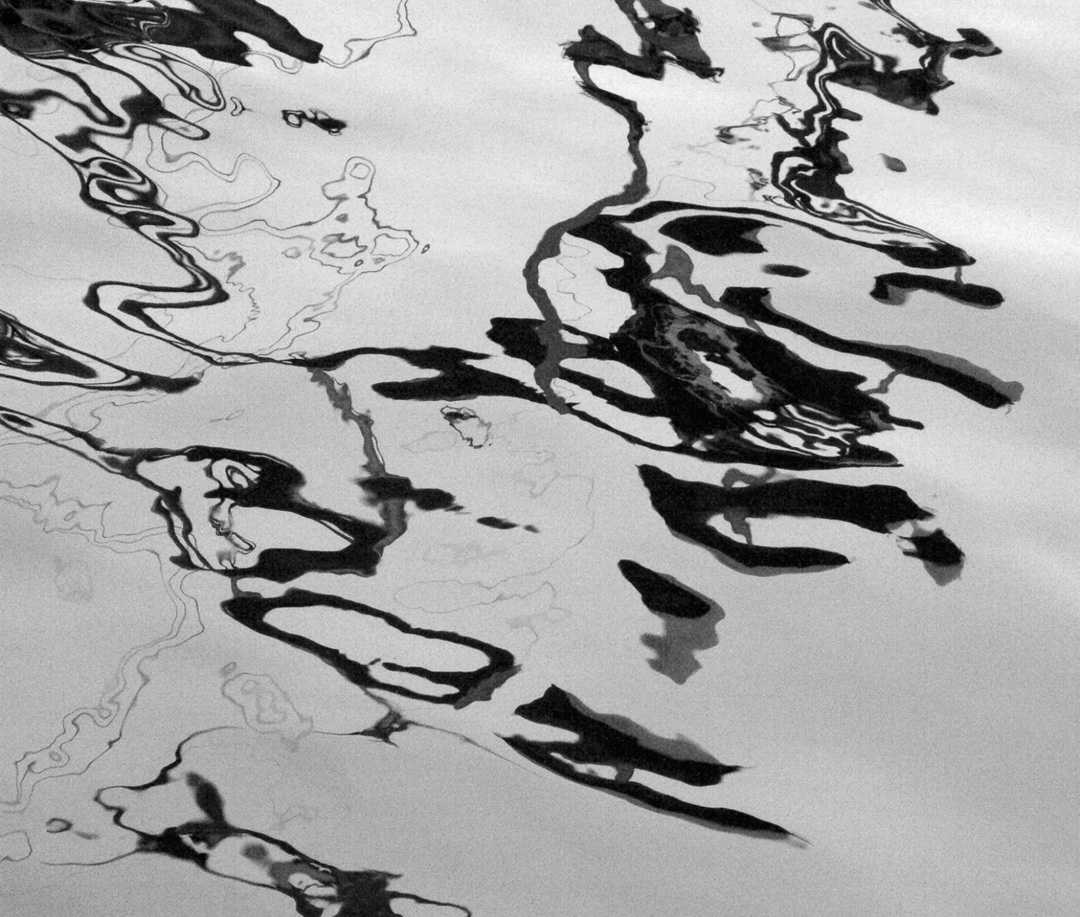 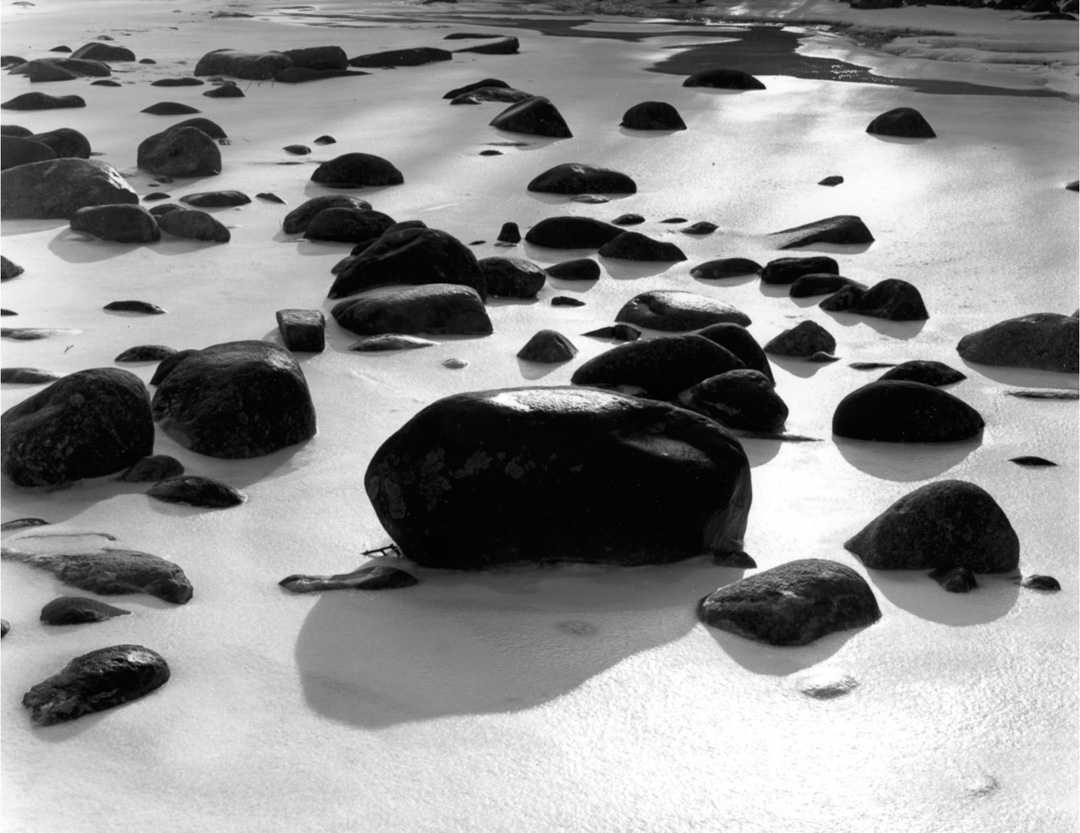 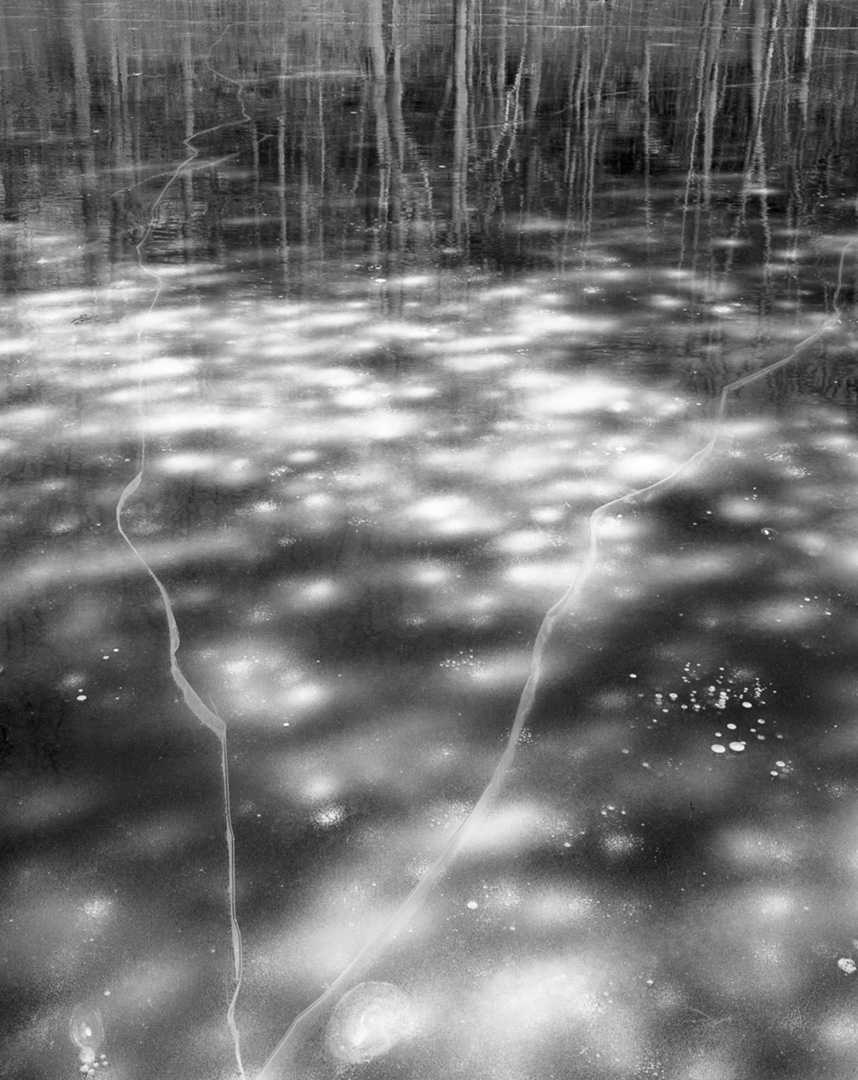 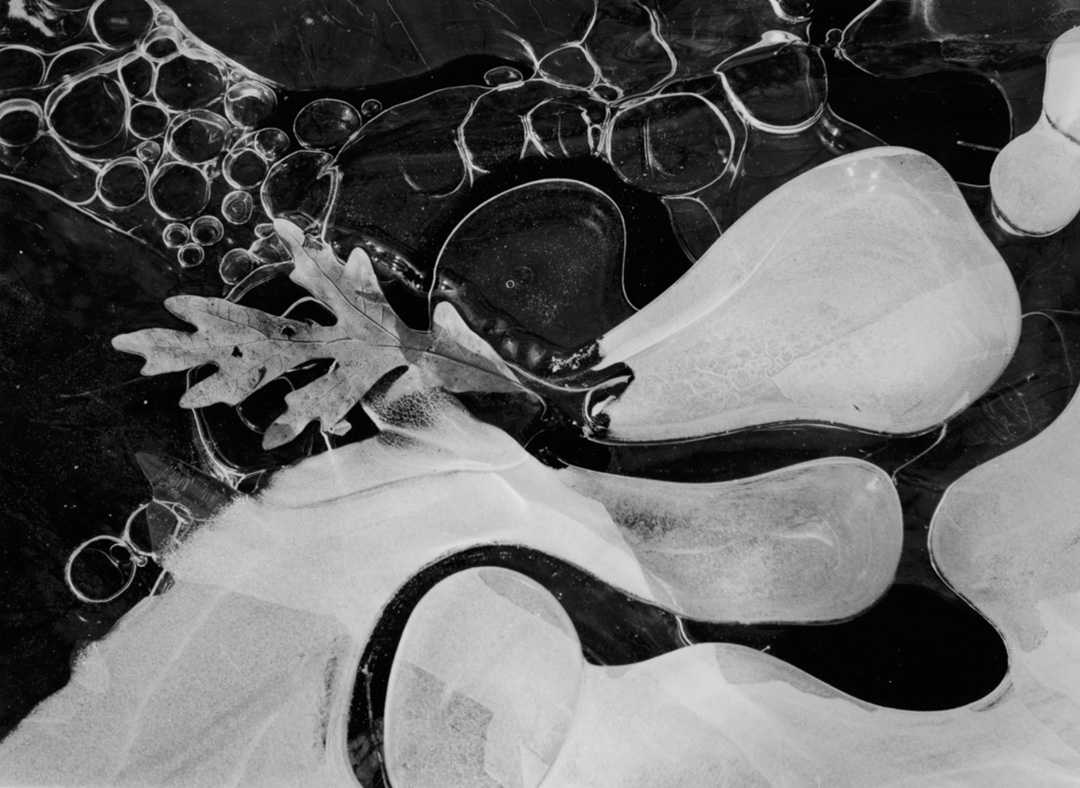 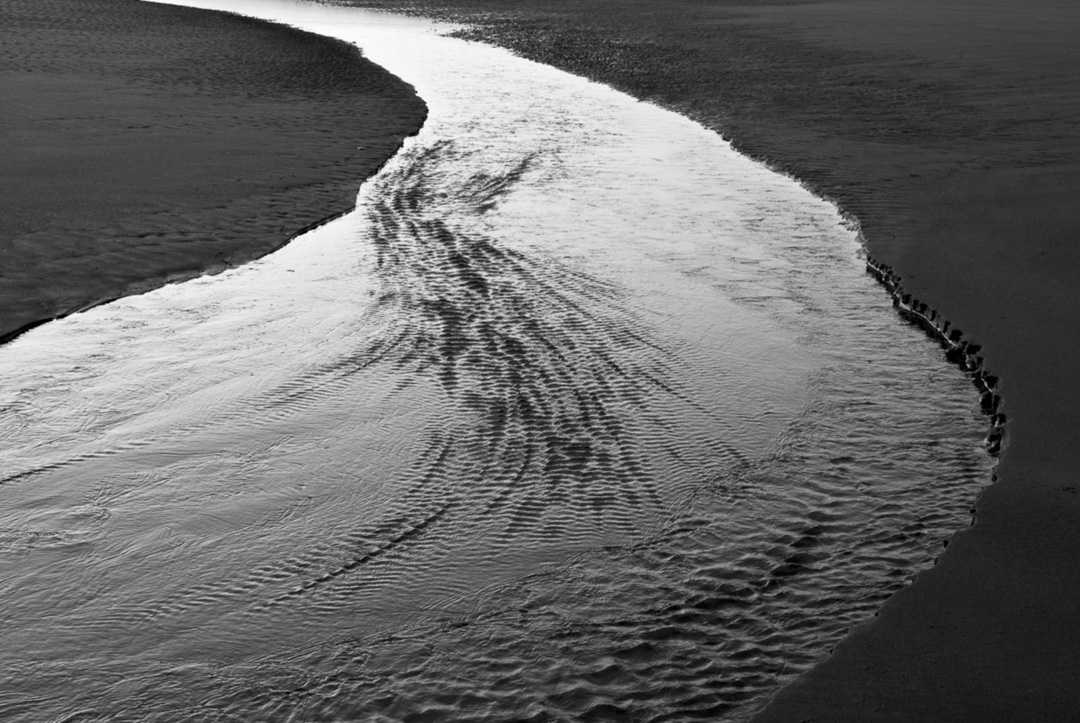 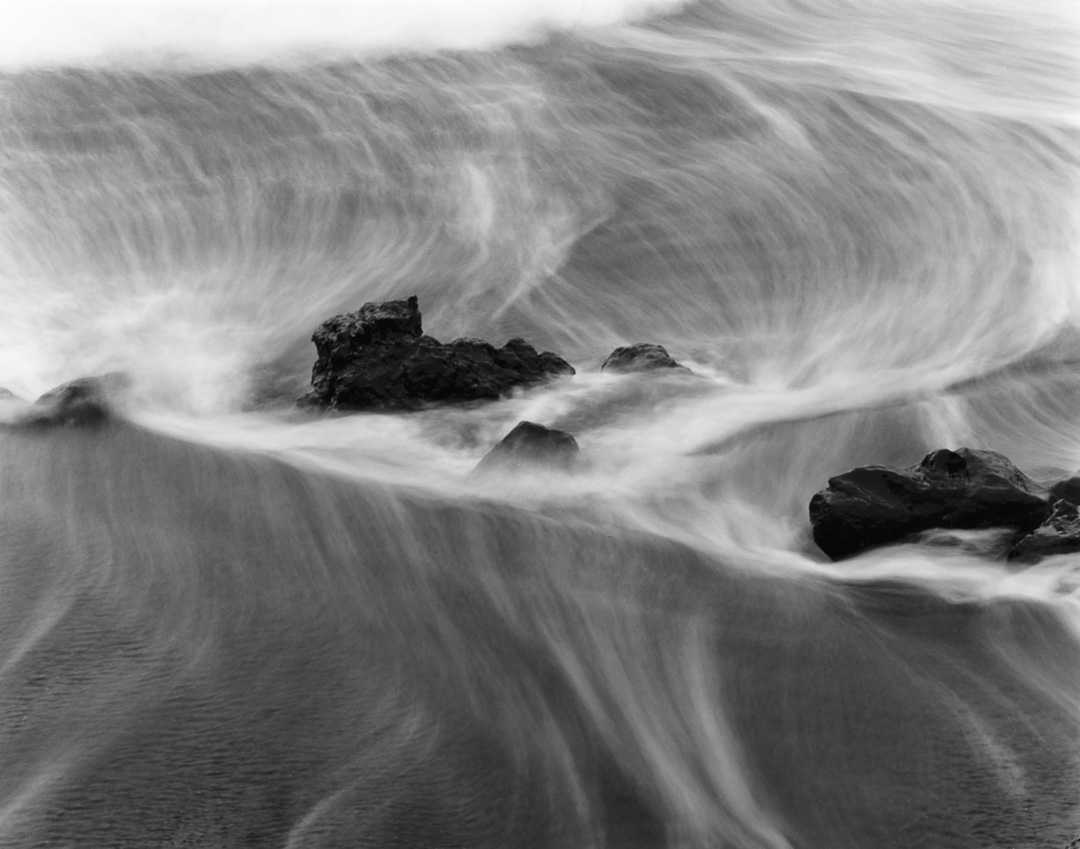 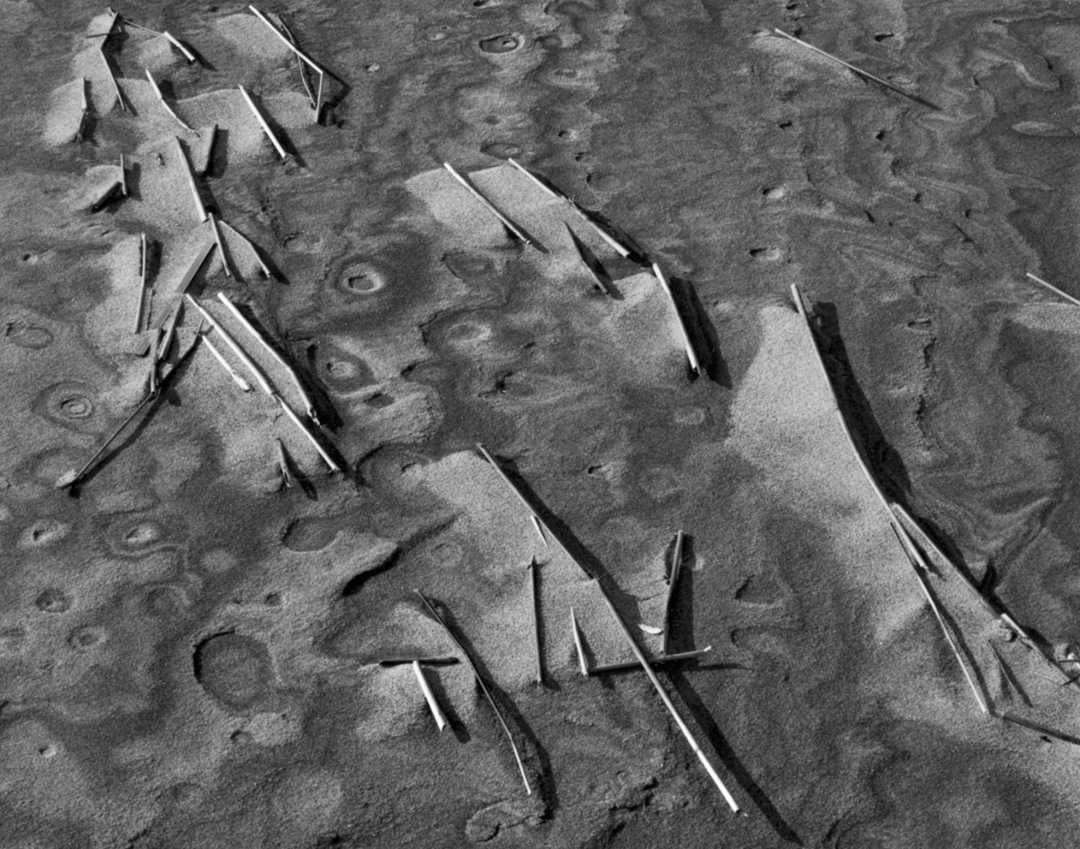 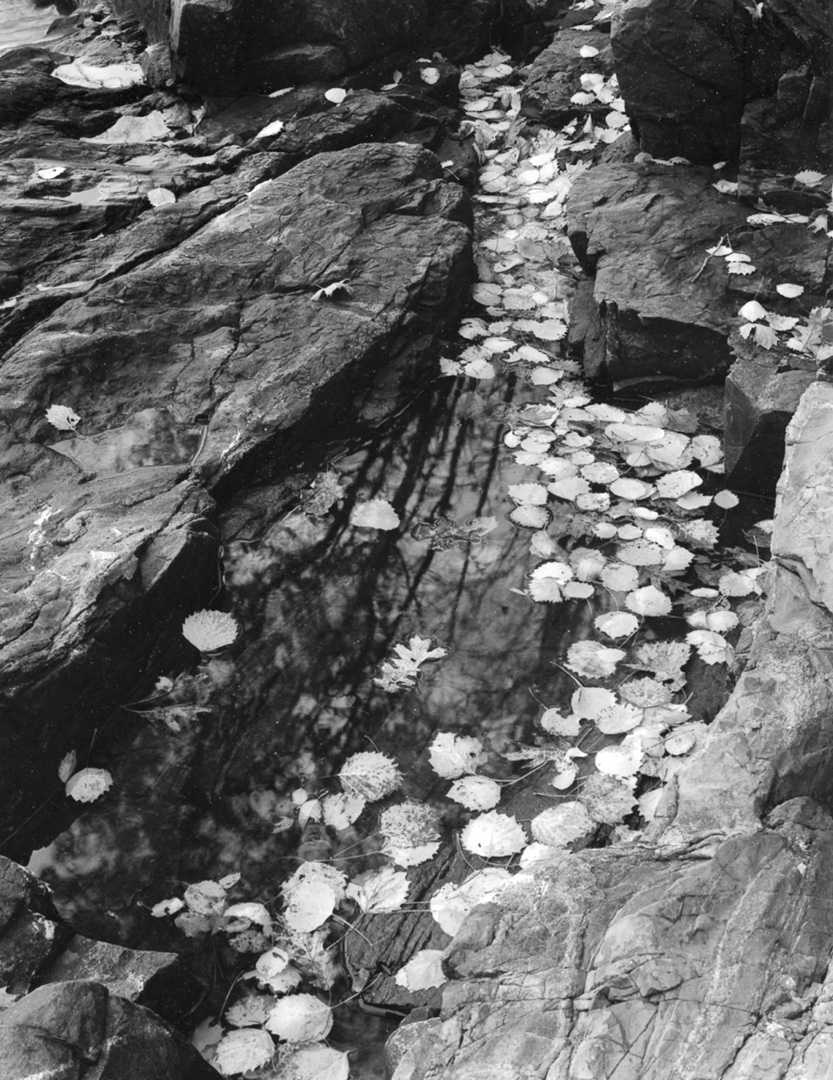 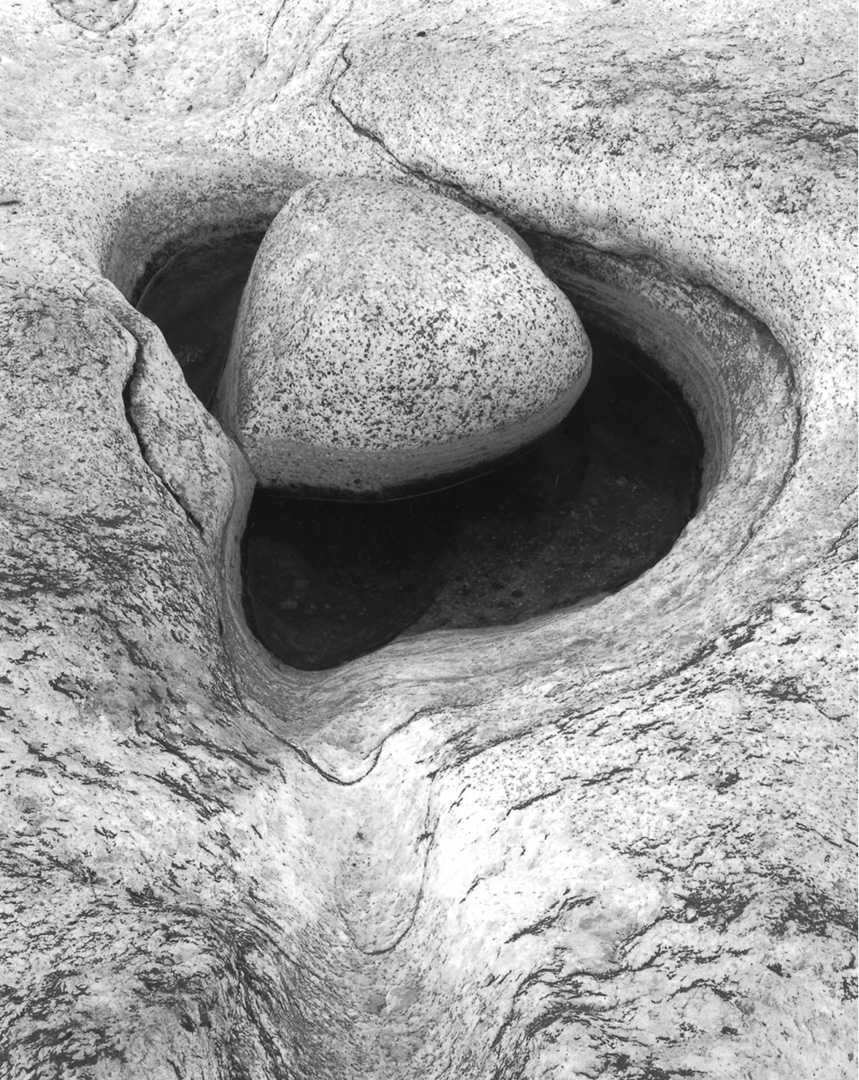 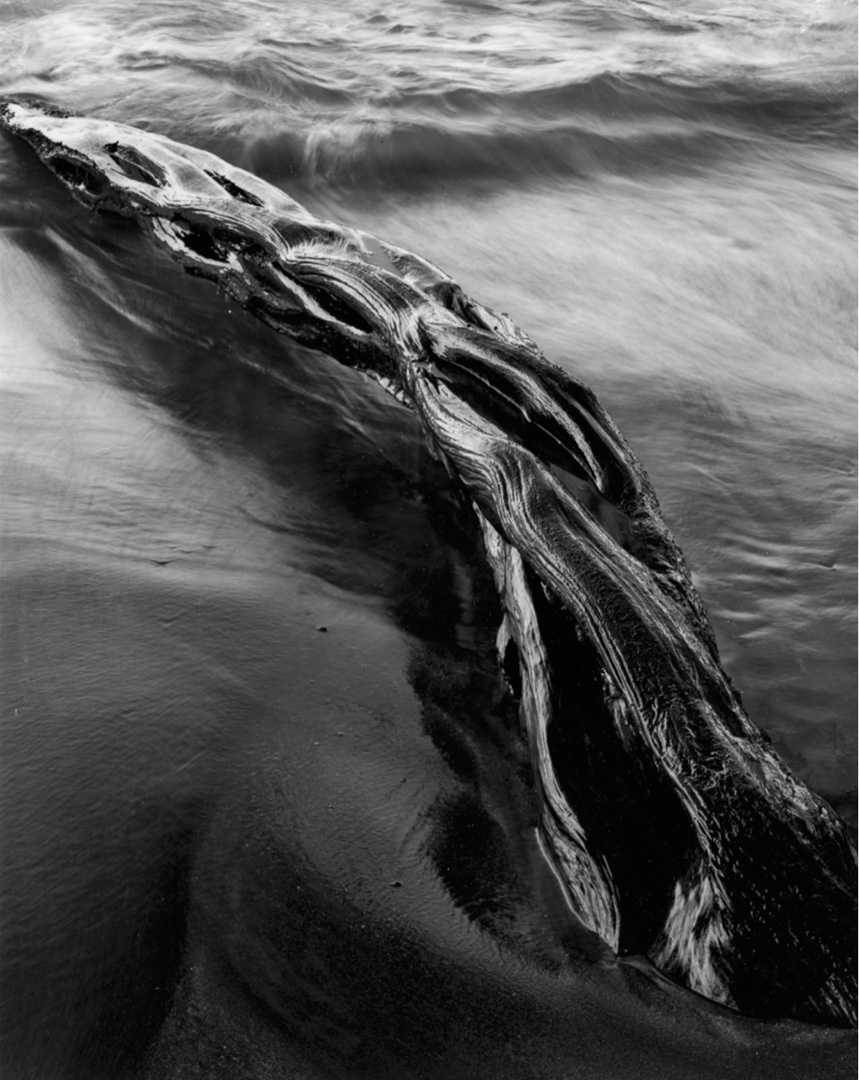 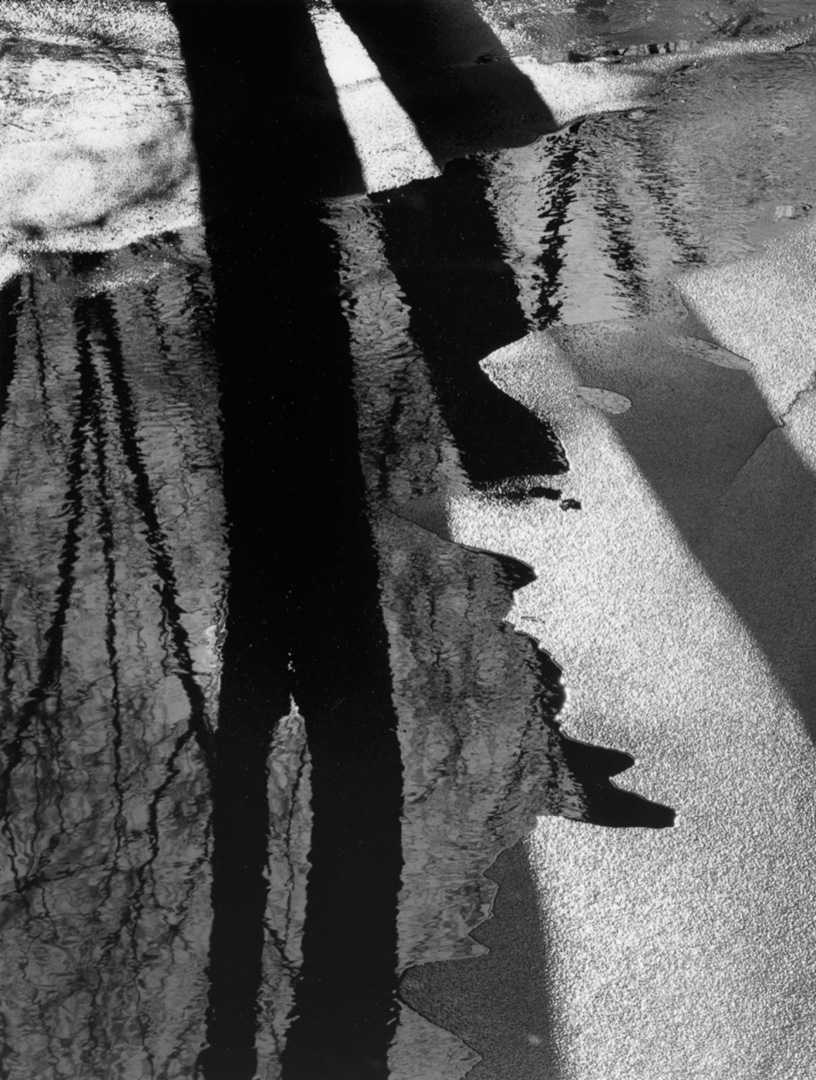 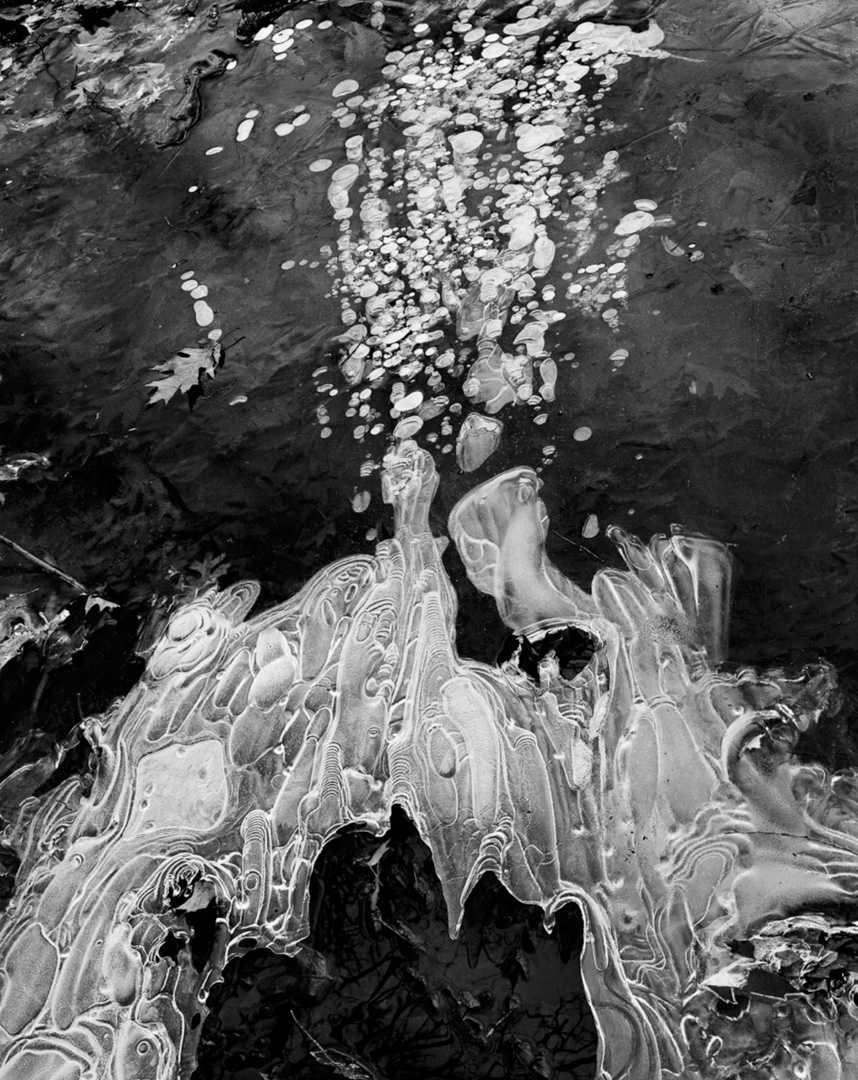 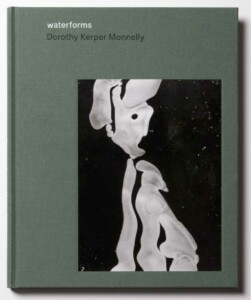 Water is an integral part of life, one which makes up three quarters of Earth. In her third book Waterforms, British photographer Dorothy Kerper Monnelly brings together 70 black and white photographs showing the changing, rhythmic patterns and formations of water and rock.

Photographed across a span of 35 years and using a 4×5 camera, Monnelly captures the natural and hypnotising expressions of water. Through her use of sharp black and white imagery, the textures, lines and shapes appear all the more prominent as the overall picture is deconstructed and condensed to its forms and tones. We are faced with the ever-changing representation of life from one of its natural sources. In her own words, Monnelly describes her admiration and love with such beauty: “It is a magical gift to encounter these natural forms and patterns in the landscape and I try to capture the feeling of rhythmic action and harmony”.

Each image is titled with the type of formation/pattern and the location and year. For example, the first image we are presented with is titled ‘Ice Pattern 10, Ipswich, MA, 12/1999’, and the last ‘Pothole and Boulder 2, Tuolumne River, Yosemite National Park, CA 7/2002’. Monnelly shows us intricate and detailed views of this otherwise often taken for granted beauty. The ice patterns in particular are so elaborate that one could perceive these images as microscopic organisms. ‘Ice Pattern 13, Ipswich, MA, 1/2003’ could be viewed as an x-ray due to its bone-like appearance. It is this attention to detail that gives Waterforms a unique perspective of water.

Because of the way that Monnelly focuses on such abstract and precise developments in the water, the scale of each image is open to interpretation – we could be looking at a single icicle or many. In doing so, she triggers the depth of our imagination in relation to the material we are faced with. Her use of light gives us a different perception with each pattern, as the shades and tones differ, sometimes bolder, sometimes more distorted.

Monnelly captures these scenes in a way that projects the mysteriousness and creativity of the water. In many of her images , the attraction she generates is gentle and contemplative, while the image itself is dynamic, swirling and energetic, perhaps due to the bold compositions. In some cases, it as though the flow of water is desperately trying to refrain itself from erupting out of the picture.

The book offers a complementary charm: the enchantment and restlessness of the water; the motionlessness of the ice; the ancient and endless vigour of the rock. Waterforms acts as a reminder of how beautiful natural forms and patterns in the landscape truly are. It is often a source of reflection and inspiration, and this is something that Monnelly’s images encourage throughout. We should not forget how harmonious the world around us is, and sometimes we all just need to stop, take a deep breath and appreciate the simpler things in life.